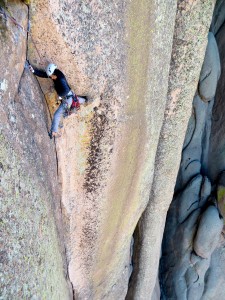 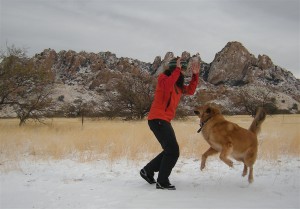 Cochise Stronghold a day after Christmas in 2008.

Though we live in Oregon, we’ve made a few trips down to Cochise Stronghold (score card below). Both road trips – a solid 26 hour push each way (we’ve done this on a 3-day weekend once or twice) – and outings involving flying into Phoenix. We’ve had some amazing climbing as well as some disappointments (weather, injuries, more injuriesetc…). 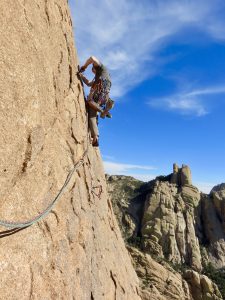 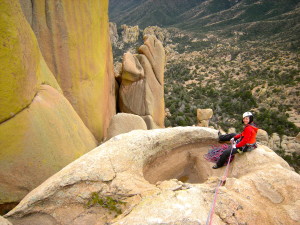 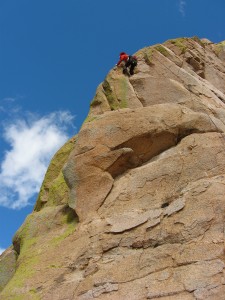 The Climb Too Tough To Die on Sheepshead. 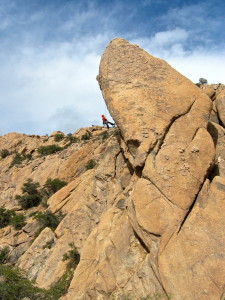 Listing By Route And Area 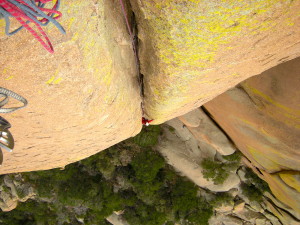 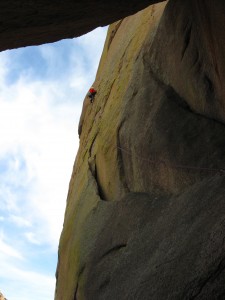 Steeper, prouder, and more challenging climbs are to be found here…in general. Things can get cold and windy especially up by the Rockfellows area. Charming looking but established ($$) camping. Seems our top choice lines are all located on this side too. 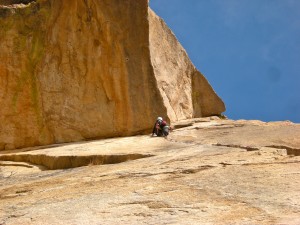 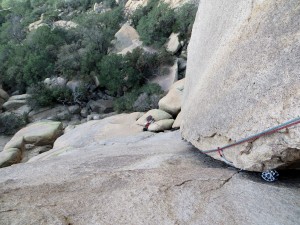 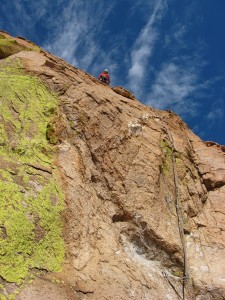 Seemingly sunnier and warmer side of the Stronghold. Tightly bolted and longish climbs can be found on the Sheepshead formation (retrobolted by the FAist(s)?). Very charming primitive camping can be found along the west side access road. The multi-pitch routes on the Sheepshead – though fun – seem kind of repetitive after a while. Think there’s only one more line of interest to us on Sheepshead. More to do on some of the other formations. Get your passports ready for the border patrol checkpoint on the state highway just north of the Middlemarch Road junction. 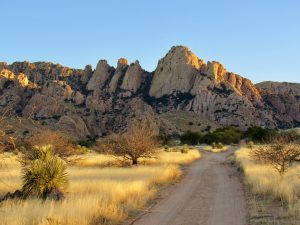 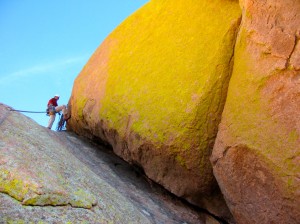 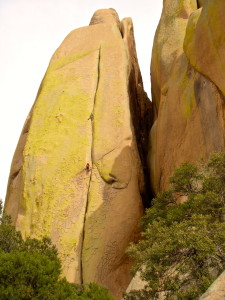 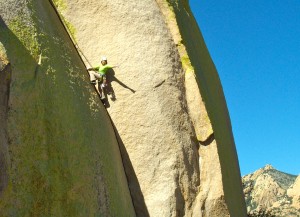 A short list (OK, only 4…perhaps more will be added in the future) of what we think are the ultimate classics in the Stronghold…stuff we’d travel to climb even if we lived half way across the world. Great climbing, excellent positions, unique lines, and few bolts. Subjective? No, not really: 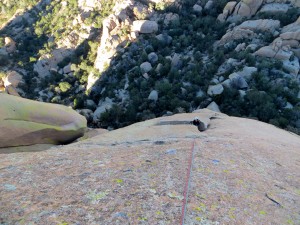 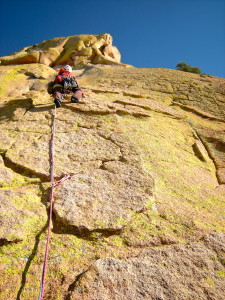 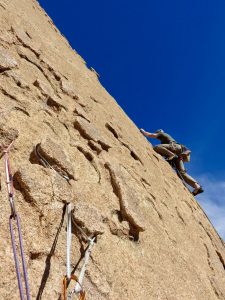 The chicken-head and its smaller cousin the alligator plate are the iconic Cochise climbing features. These four routes offer probably the best (most moderate?) exposure to those features: What’s My Line (5.6), Moby Dick (5.8), Ewephoria (5.8), Dreamscape Buttress (5.9), and Endgame (5.10a). 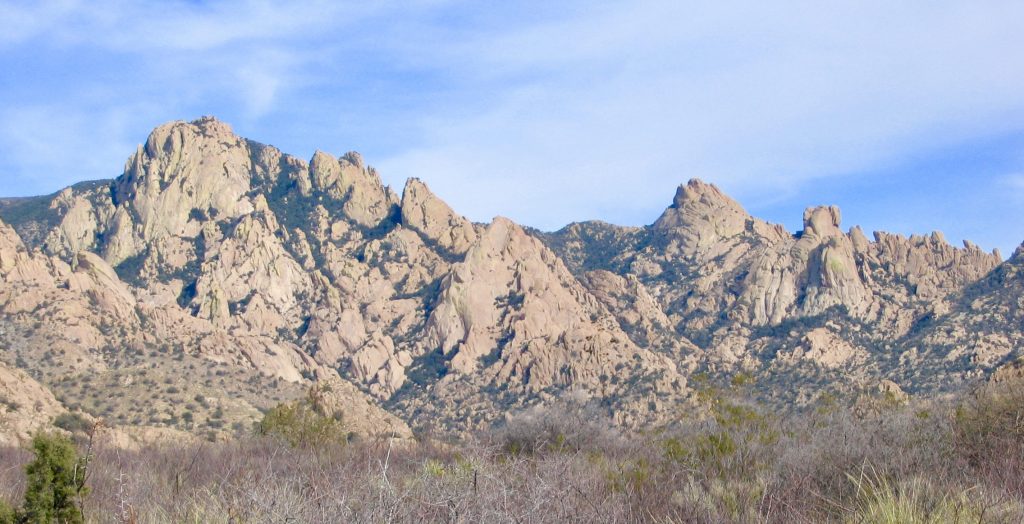 West Cochise Stronghold – from Whale Dome (on the left) to Squaretop on the right (Jan. 2005).