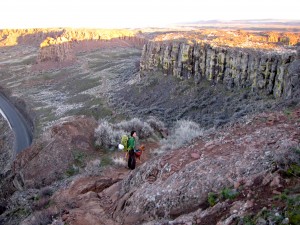 My girls hiking out after a great day of climbing on the Sunshine Wall in Vantage.

Shirley and I have made a handful of trips up to Vantage since our first visit in 2004. There might’ve been one or three more where we found shitty conditions and did no climbing (rain, snow, freezing temps…). Our successful trips have been in the spring time when we’ve grown bored with Smith cragging and were willing to put in the extra hour of driving to soak up some of that Sunshine (Wall) goodness. As of now, we’ve visited The Feathers only once (first trip…never really been tempted to go back). 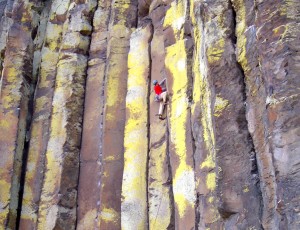 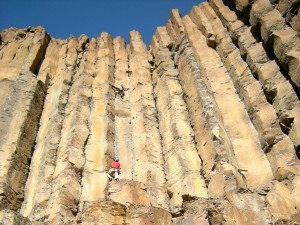 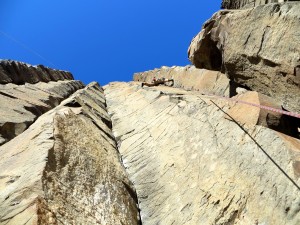 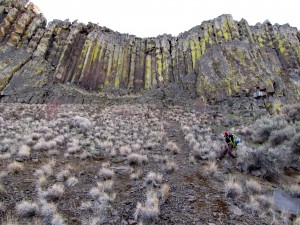 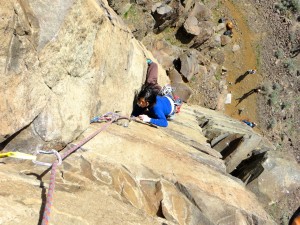 List of notable stem-box type climbs for which Vantage is (perhaps) famous… spanning the grade spectrum and best at each grade. 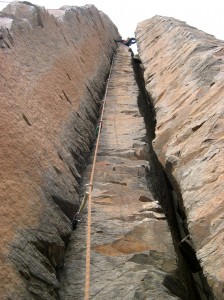 Party In Your Pants (5.8) – get an alpine start for this area favorite. Fun, secure climbing – it must be since we’ve done it probably 5 or 6 times. Approach beta: just look for the first village gathering beneath the perma-TR after you drop down into the Coulee…

Tangled Up In Blue (5.9) – nothing terribly special but it’s the only example I can think of at the grade. Climbs like Party if a bit wider in both stem and crack sizes. 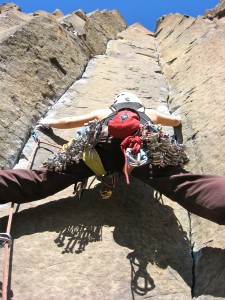 Sinsemilla (5.10) – a very good route at almost any crag and particularly excellent in Vantage! Good warm up for Stems & Seeds next door even if the gear is relatively gigantic…

Stems & Seeds (5.11-) – in my simple mind, this is the area classic (though admittedly we have not done Red M&M’s). Is it simply because it’s the hardest thing we did on this list? Perhaps – but it’s a line that begs to be climbed. Bring your small cams and offsets and your tall climber to lead it. To find it, look for a sport climber hanging at the 6th bolt on some line immediately to the left… 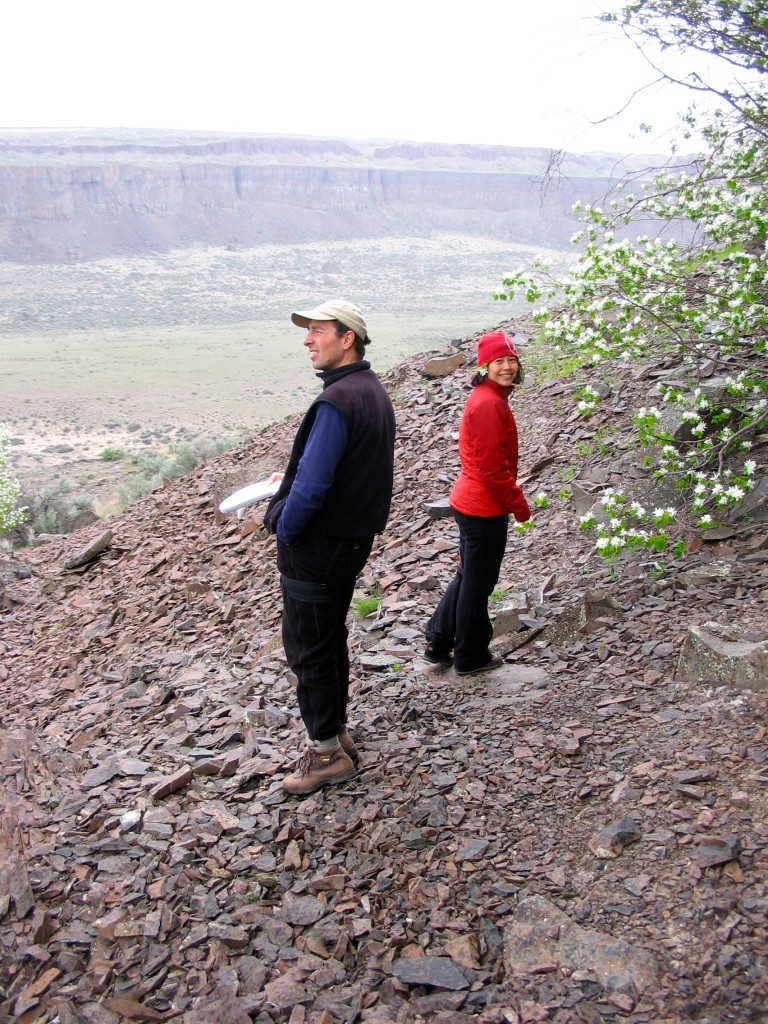 The Feathers as seen from the parking lot...this would make it the north face of the mighty Feathers (March 2004).