Go to Malaysia.
Go back to Waking Dream Start. 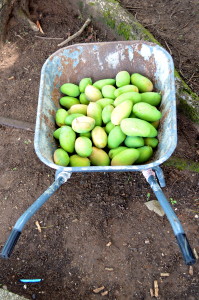 The thunderstorm we went through that night was probably one of our more memorable climbing experiences – right up there with the hiker nearly taking us out on Prodigal Sun, St. Peters Dome climb, Dihedral Wall waterfall hosing and the runout nightmares of Stone Mountain . The lightning and thunder subsided just before dawn but the rain remained steady interrupted only by moments of downpours. We were soaked, cold and tired and saw little hope for clearing weather. We grabbed the wettest stuff (fly & sleeping bags), secured the rest as best as we could in the haul bag, and went down leaving two ropes fixed in place. Much of the hike down to the village was spent sliding on our asses through the wet and muddy jungle. Once there we learned that the storm also made quite the impression on Tam’s guests down in the resort. The rain in the village subsided around noon but the spires remained socked in and out of view. The following day was spent drying out stuff under a cloudy but improving sky. 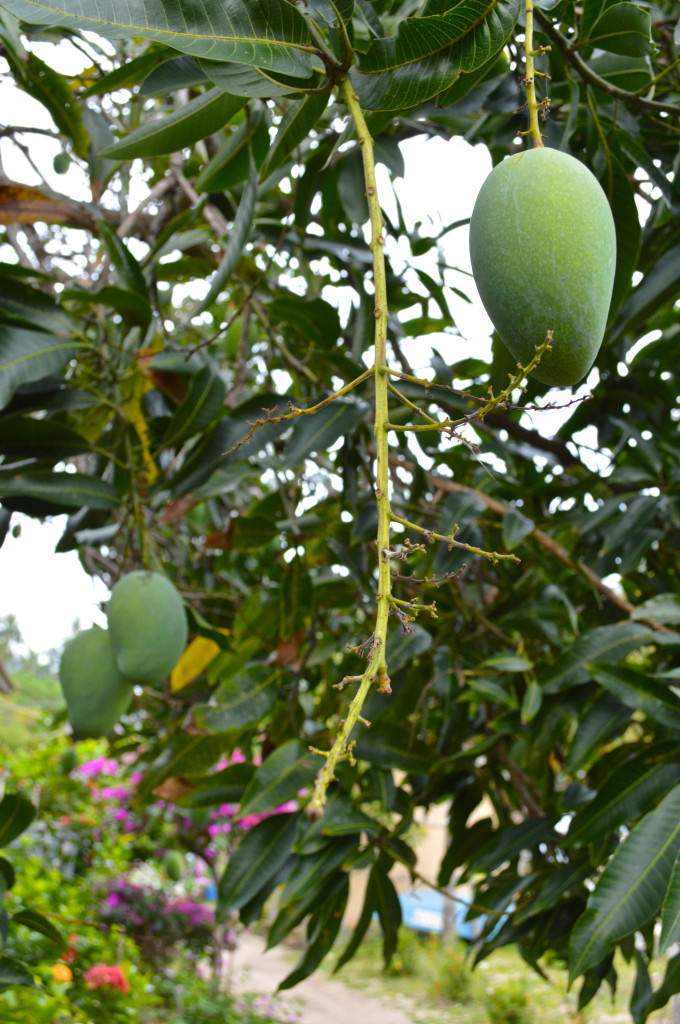 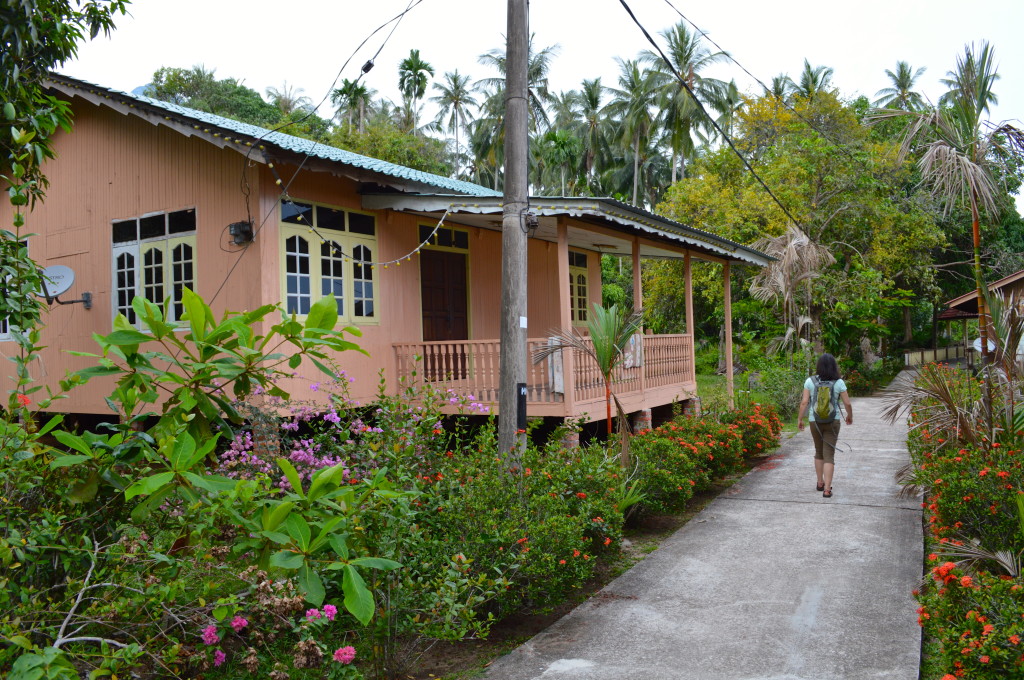 Hiking through the small Mukut village (May 2014). 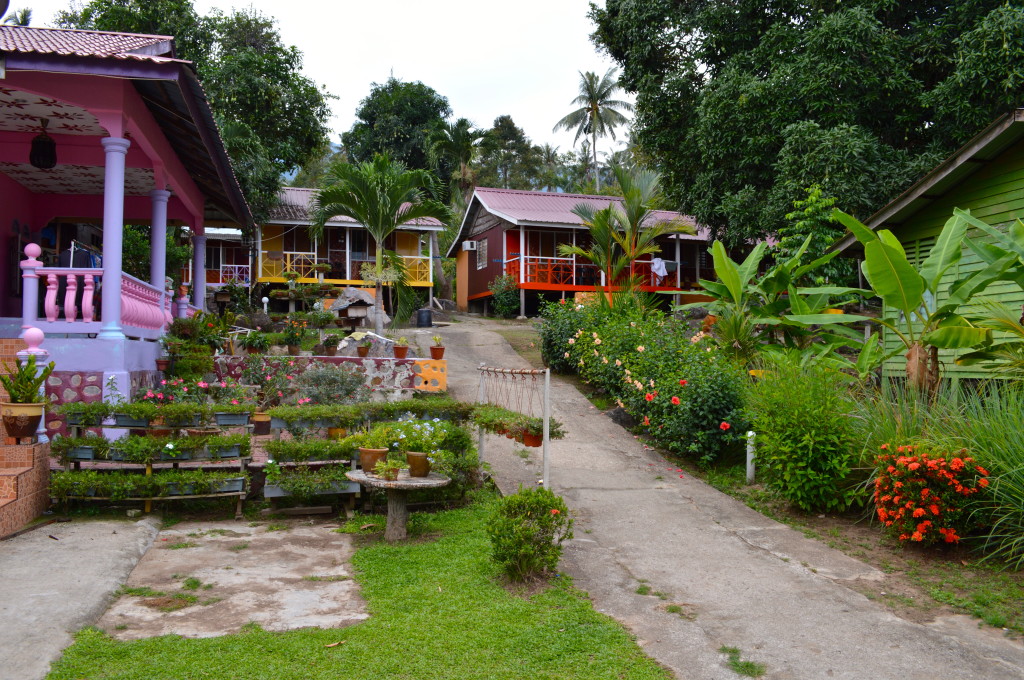 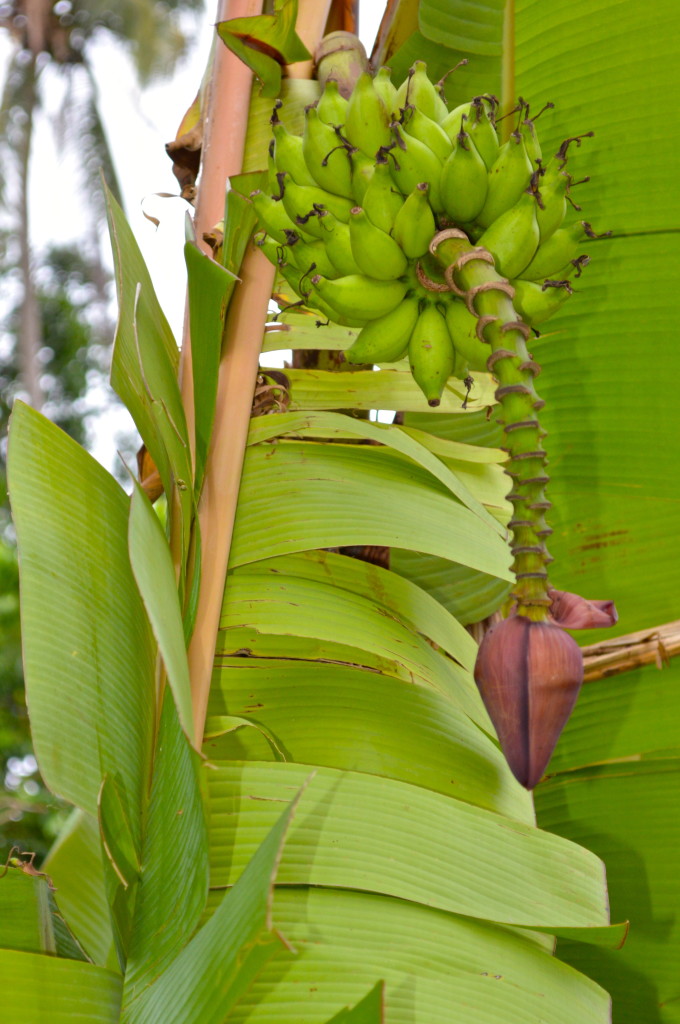 A meter long monitor lizard in the village school yard (May 2014). 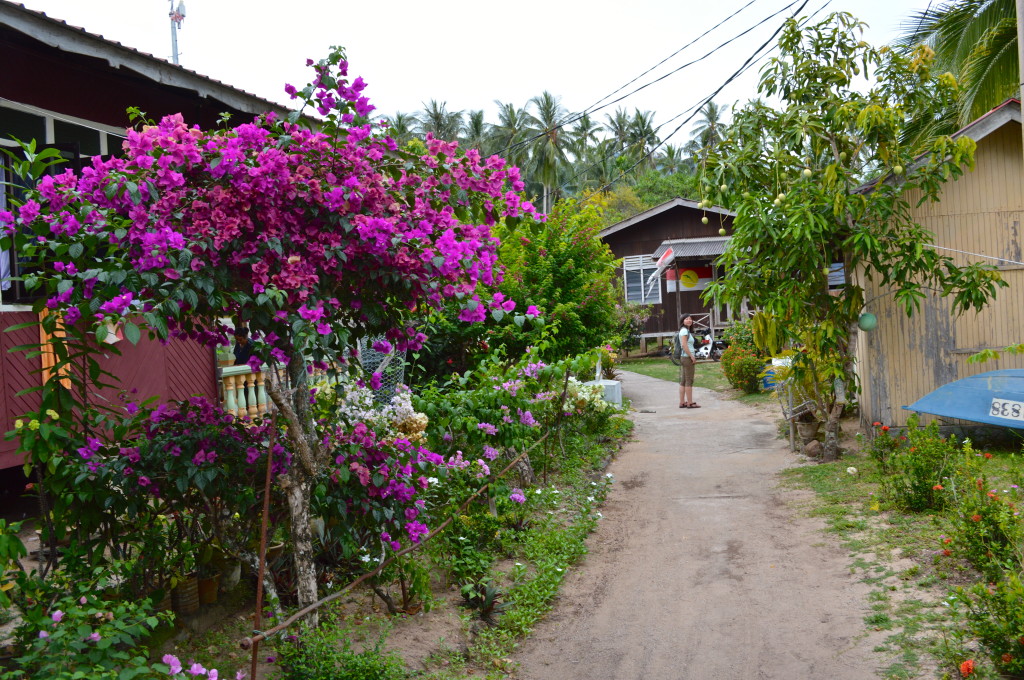 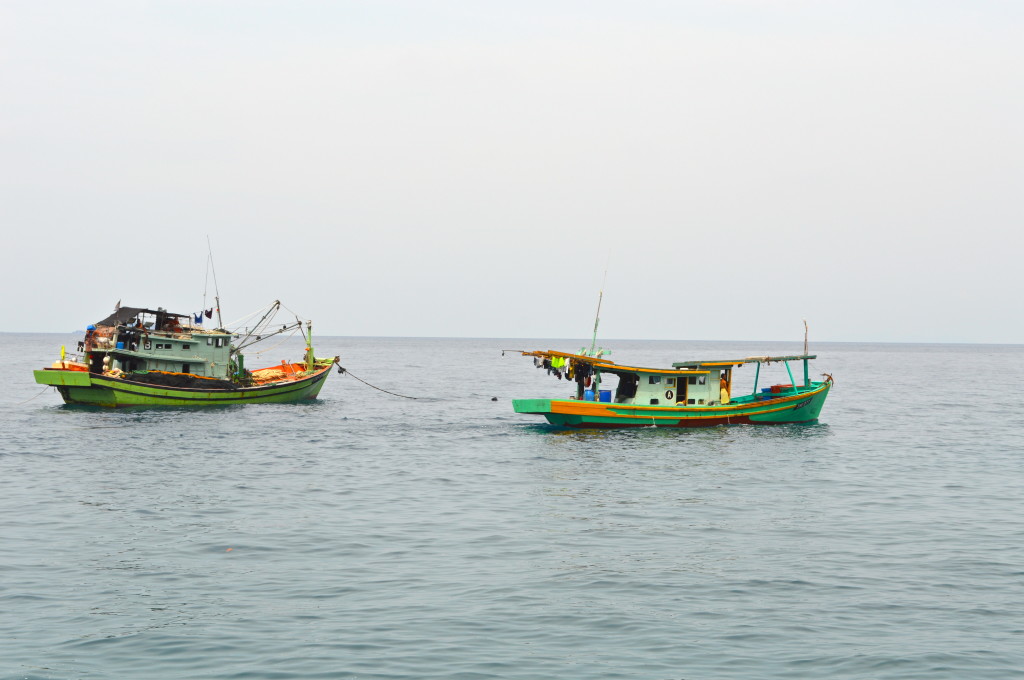 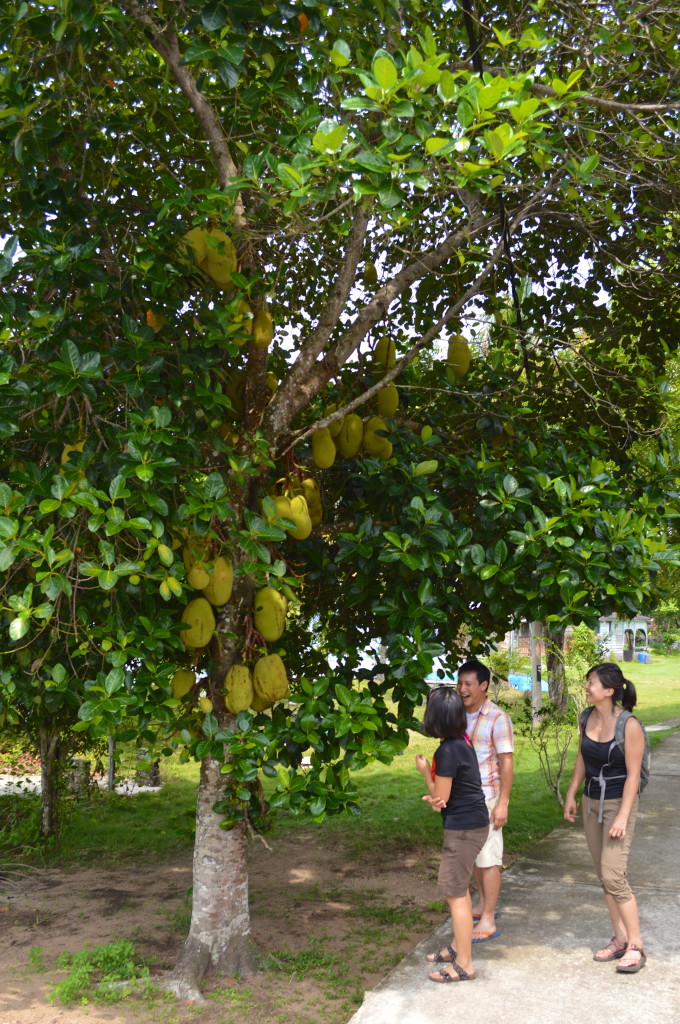 Bee Lee, Ian, and Shirley checking out the jackfruit tree (May 2014). 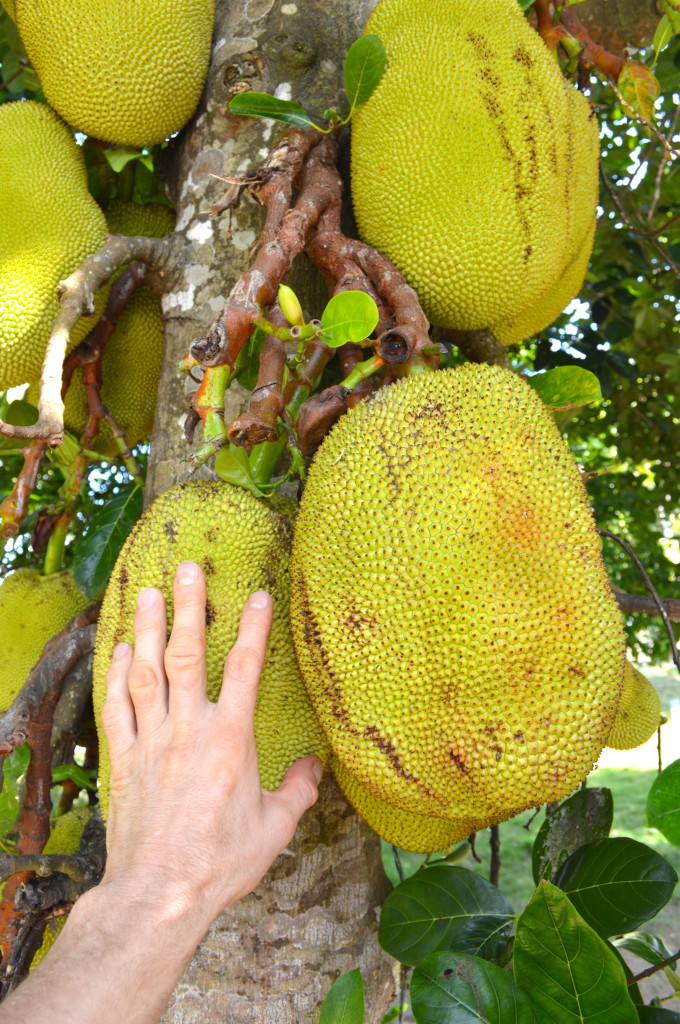 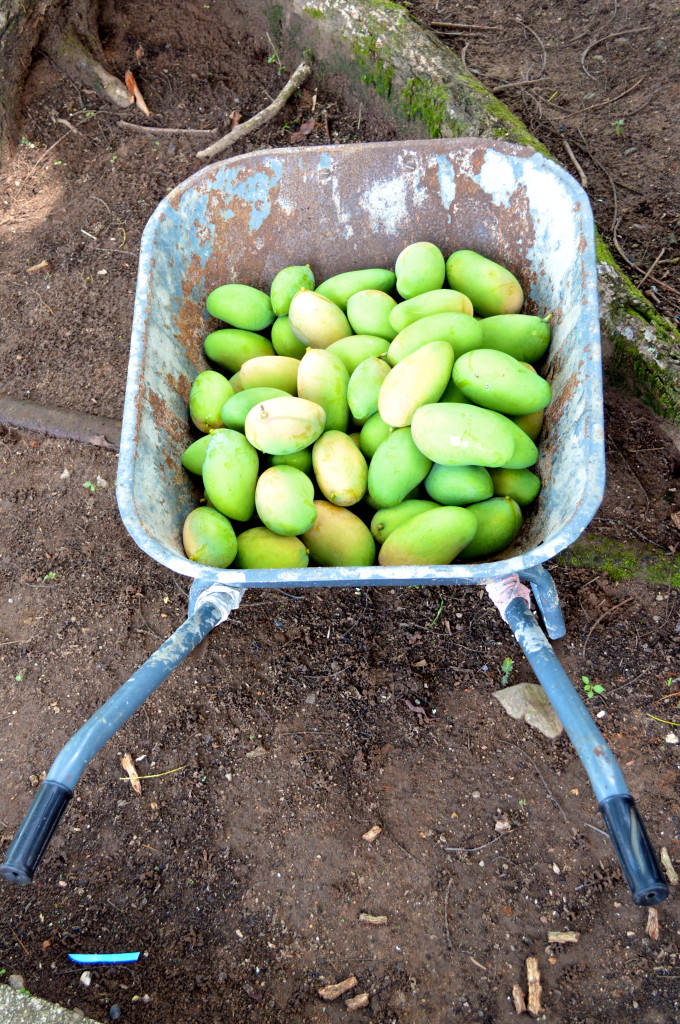 Mango harvest. Walking through the village, we’d have people handing us free fruit …in case picking them up yourself was just too much effort (May 2014). 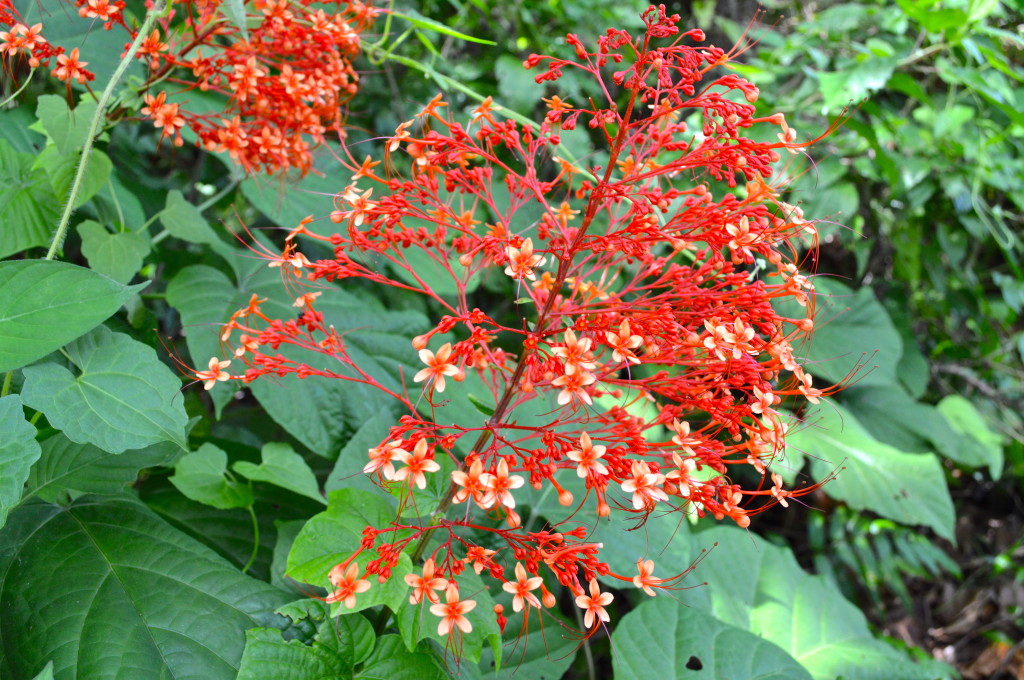 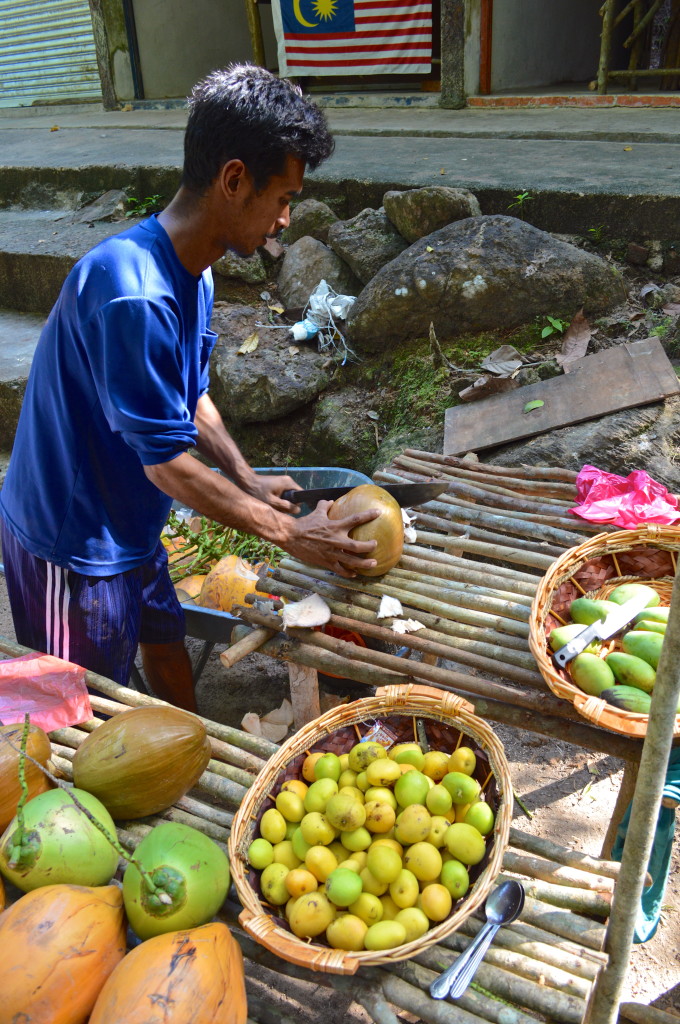 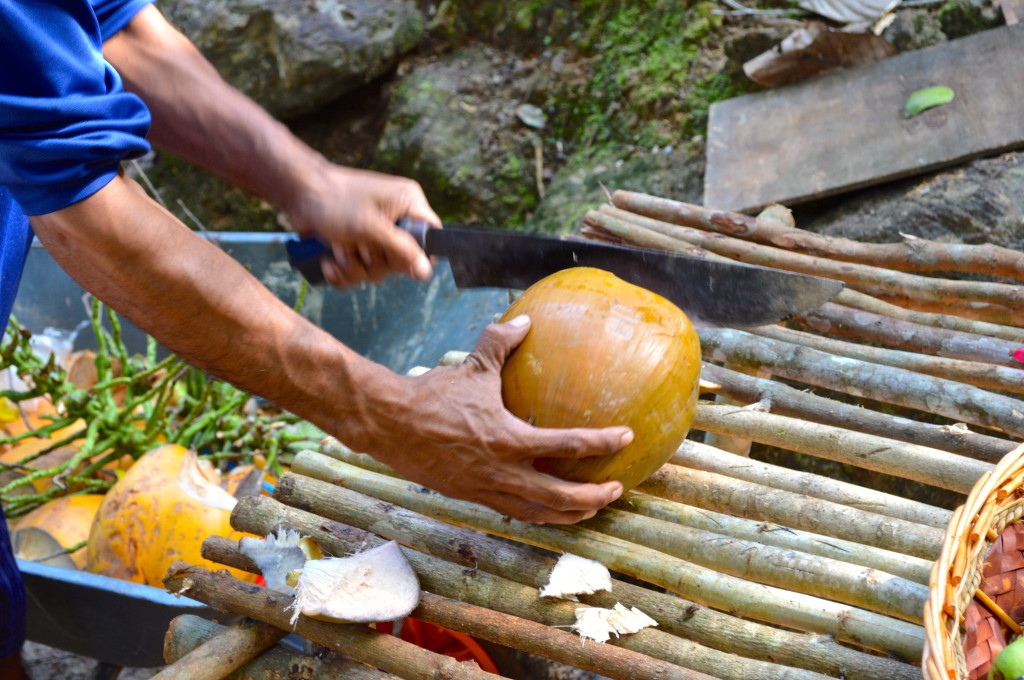 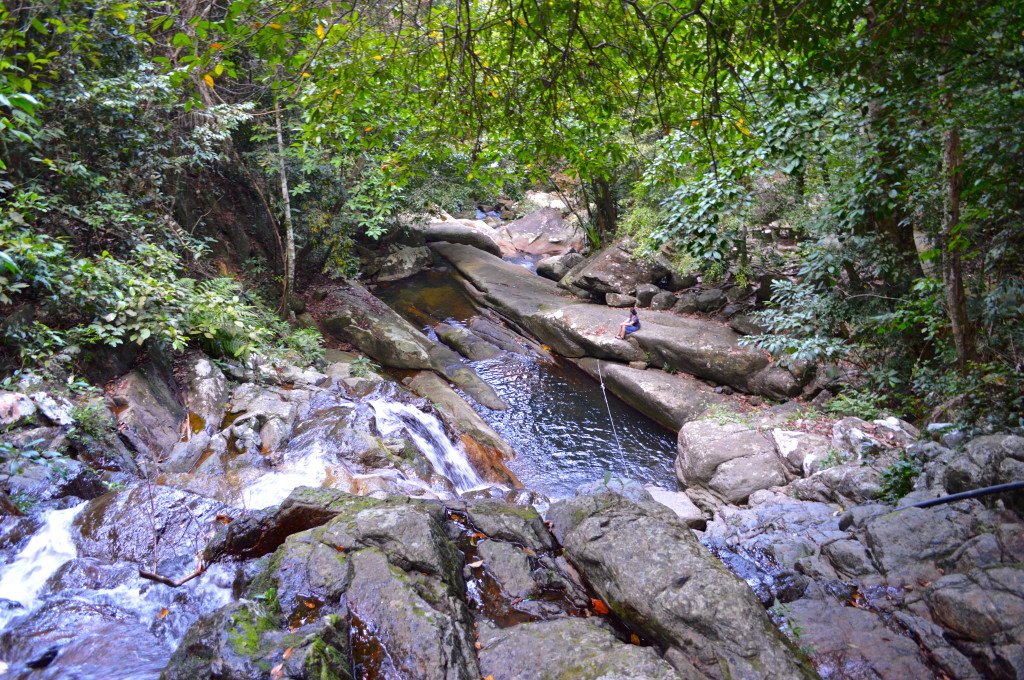 The Asah Waterfall with a refreshing fresh water pool (2km from Mukut; May 2014). 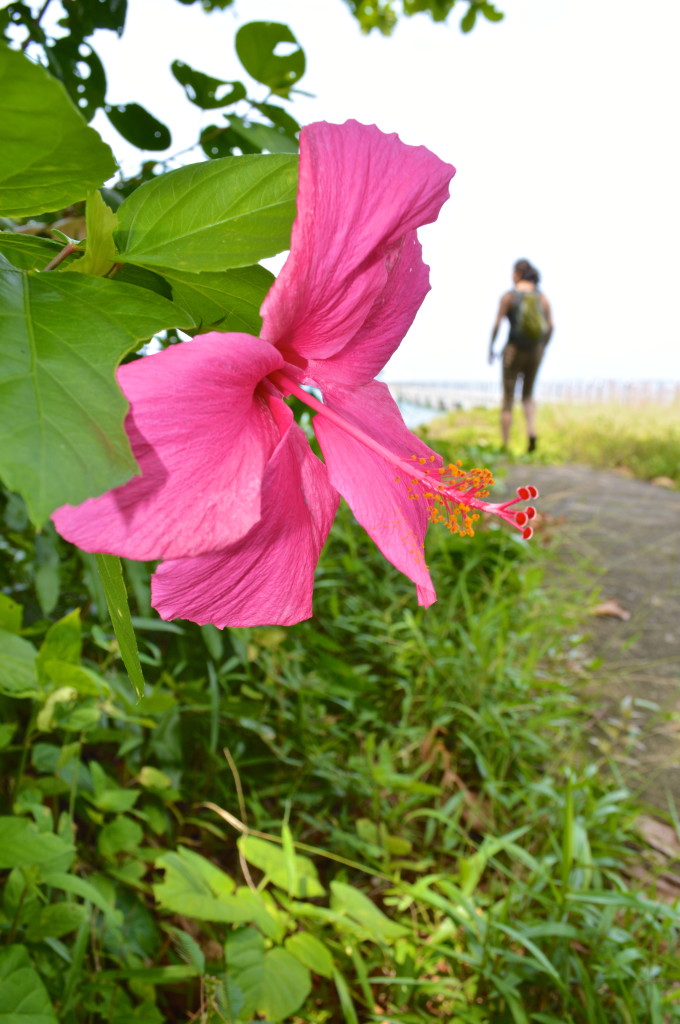 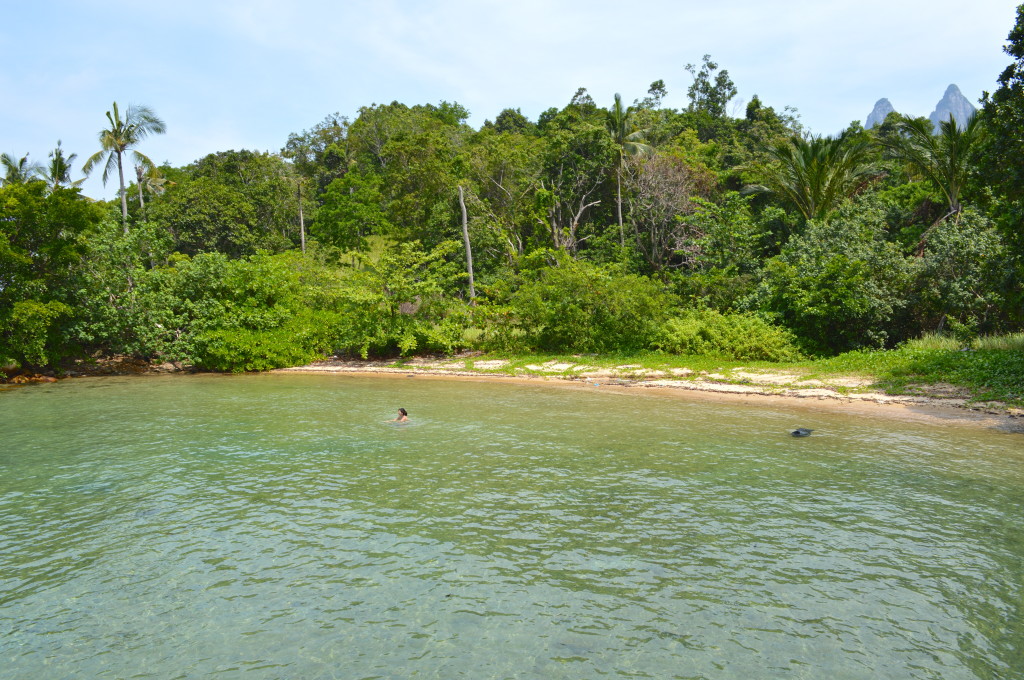 A small lagoon somewhere outside of the village (May 2014). 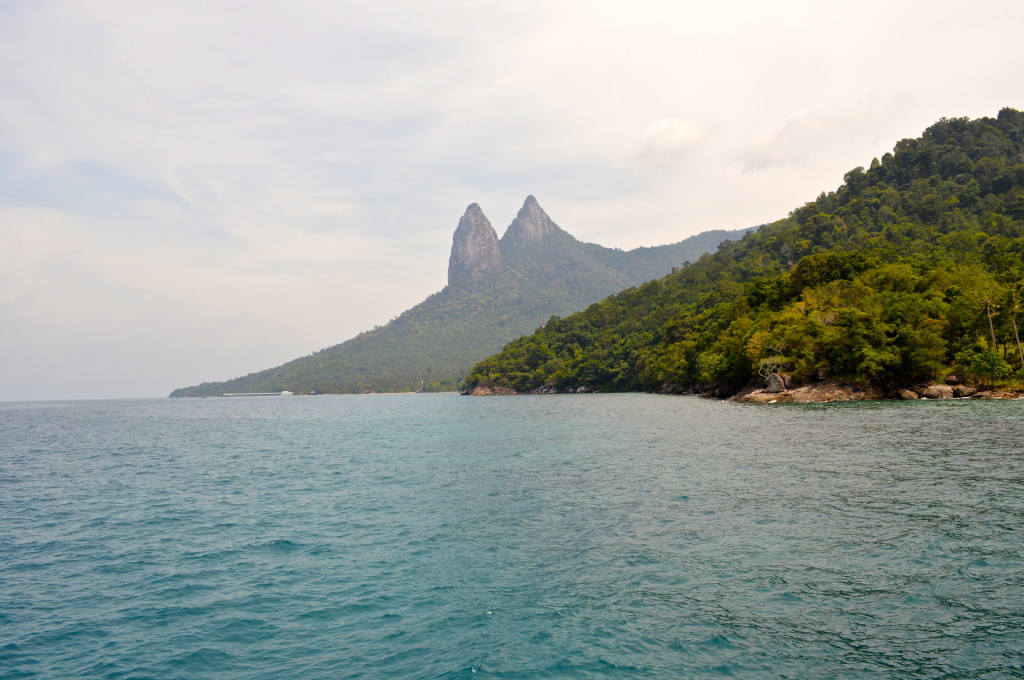 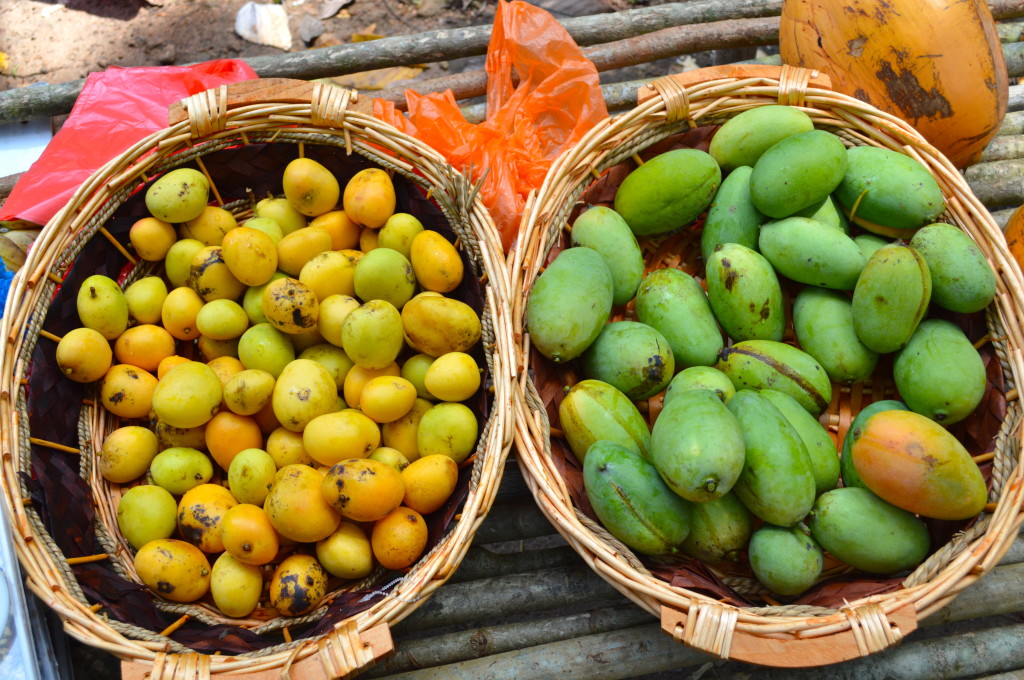 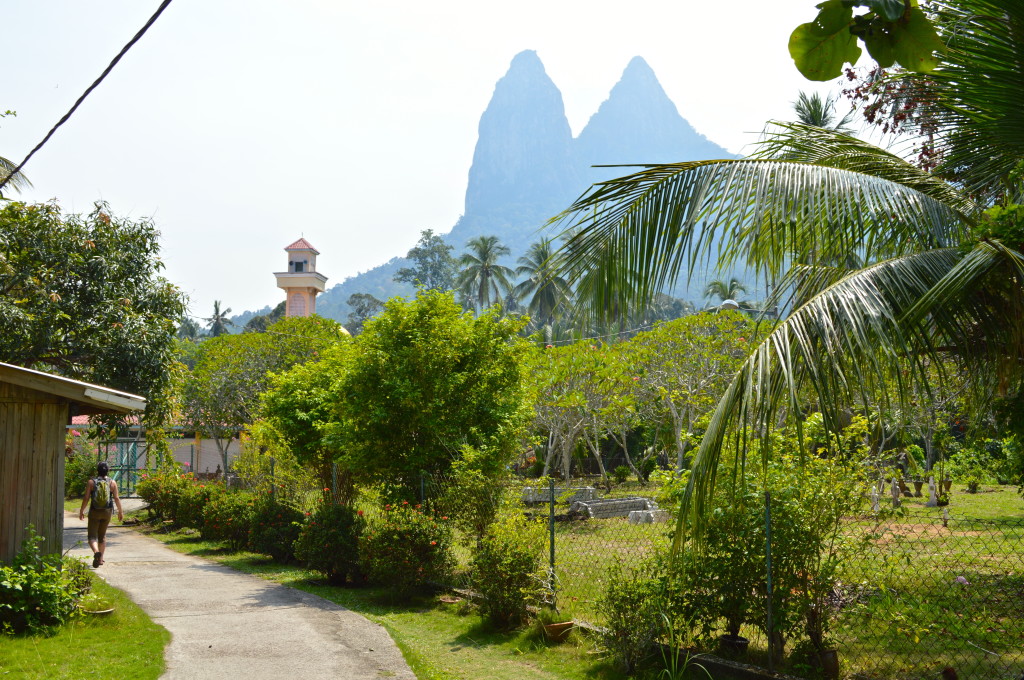 The Horns and the minaret of the mosque in Mukut (May 2014). 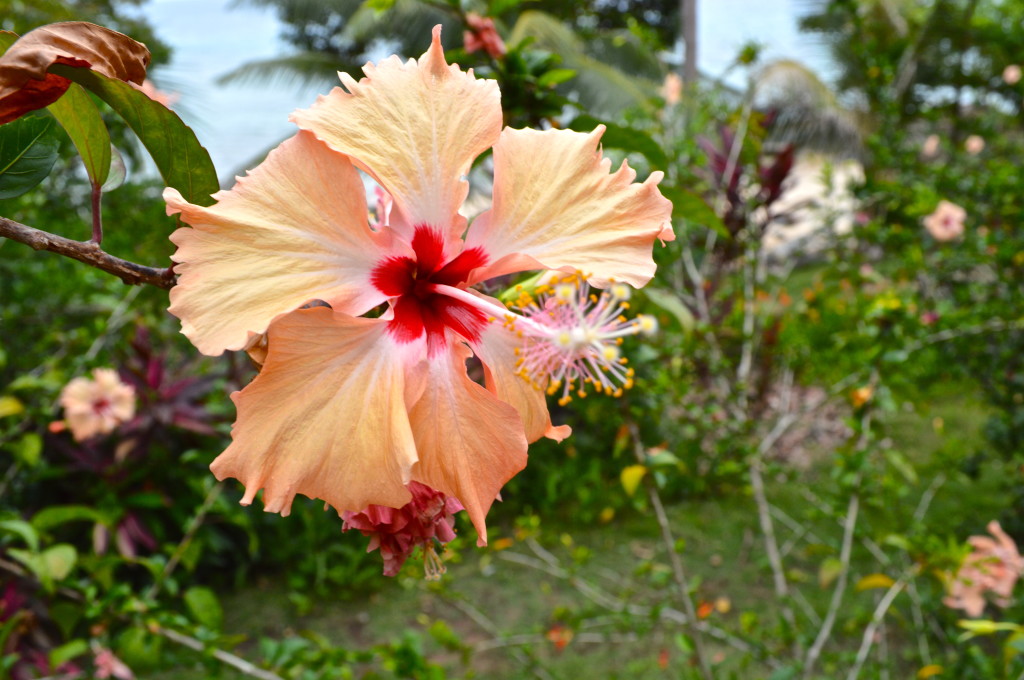 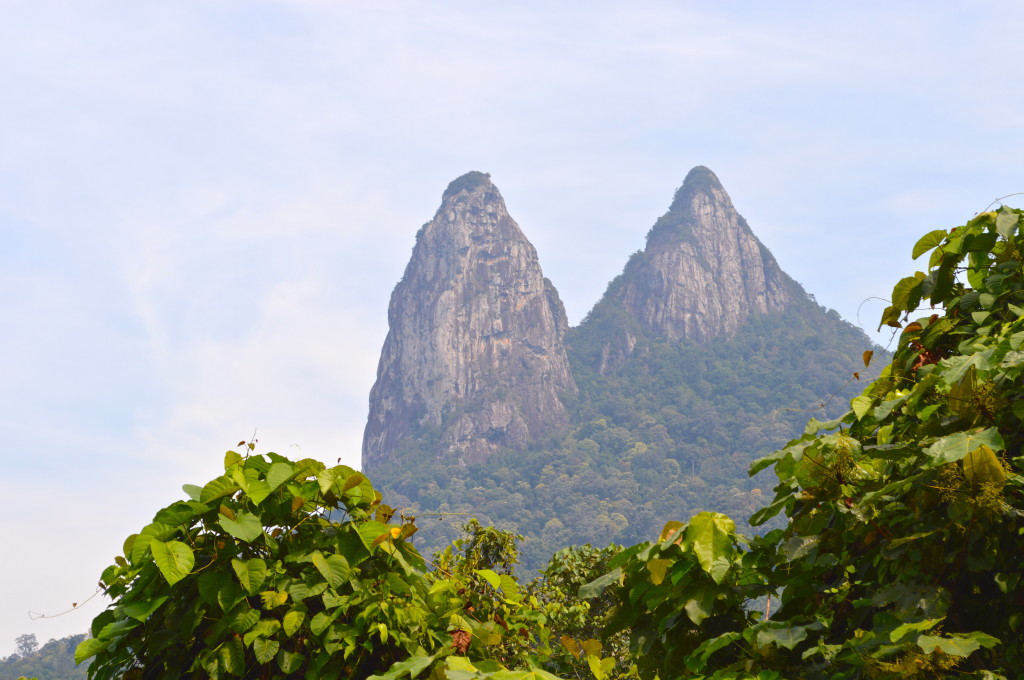