Go back to South America. 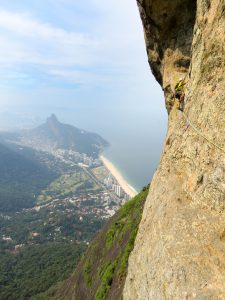 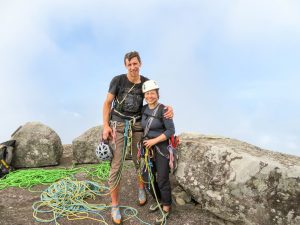 What a fantastic climbing trip this was! Probably our second favorite to date, edged out from the top of the podium only by Mali. We’ve been wanting to go climbing in Brazil for some 12 years. Initially, other climbing priorities got in the way and later, as we started becoming more serious about the trip, we realized that the logistics were a little more complex than it seemed initially. Sure, if you were to limit yourself to climbing in the city of Rio, all you’d really need is a guidebook and an Uber app; though even there a bit of local knowledge would be highly advisable in order to avoid some rough areas. However, venturing beyond the city presents the usual logistical challenges (arrangement of permits, transport, lodging) which would be difficult to wade through particularly on a limited time budget. And so we started looking for the right “enablers” who’d remove all those obstacles for us and yet let us climb stuff on our own. 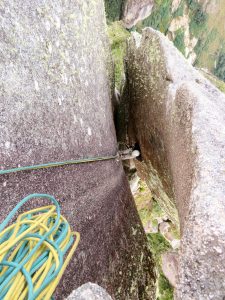 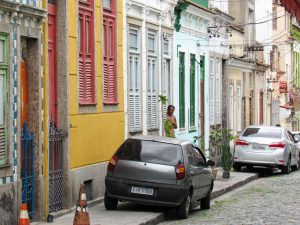 This was not a trivial task as most climbing companies are reluctant to let you do your own climbing unsupervised. Finally, some 18 months ago we stumbled onto a new company that did not reject our proposal outright. The good folks at Dia Lindo (“Nice Day”) seemed willing to set this up. We’d find out later that their only stipulation was that their team would be somewhere on the route with us – either above or below but generally out of our sight. This was a non-issue for us – so long as we can climb as an independent team, we’re fine with it. We would usually join forces on the rappels though as we would have done with any other climbing team anywhere else. They put together an itinerary for us which included those climbs we absolutely wanted to try (Dedo de Deus, Agulha do Diabo, Tres Picos) plus a few of their own recommendations. The whole thing was finalized 10 months before our departure. 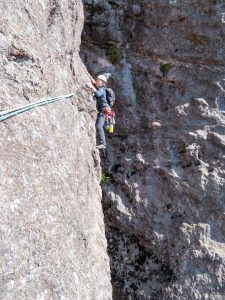 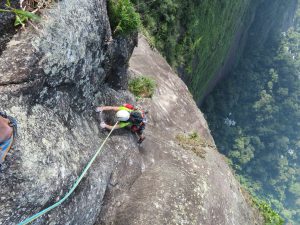 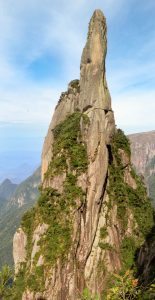 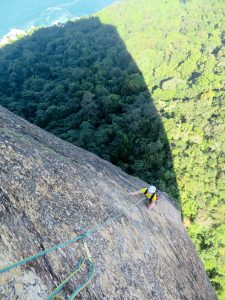 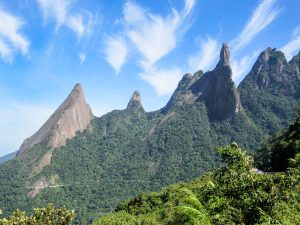 This really was a trip to sample what the state of Rio de Janeiro had to offer climbingwise. At a size just a bit smaller than the US, there are so many more great looking climbing areas to check out in Brazil. The Campanhia da Escalada sells some very nice guidebooks for a handful of those areas (as well as the 50 Classic Climbs Of Brazil tome – very nicely done and includes English translations). 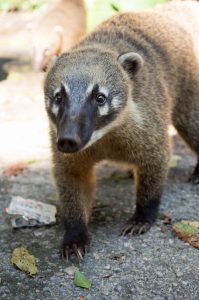 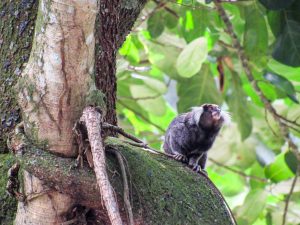 All the in-country logistics were taken care of by the good folks at Dia Lindo climbing. Check them out on Facebook and on their website. We cannot recommend these guys enough: professional, safe, fun and friendly, and we got exactly what we wanted!

Lastly, we just missed the lifting of the visa requirements for US citizens. Brazil is now (June 2019) even easier to visit.

Go to Rio Rest Day.
Go back to South America.