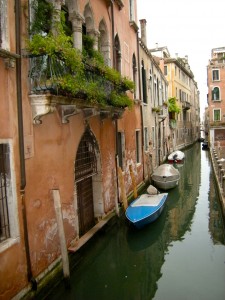 So there we were – sitting around the kitchen table shaking our heads in a merry disbelief. Ahead of us lay a stretch of free time we’ve never faced before: 8 weeks! It was finally here. We had spent the last few months prior trying to decide how exactly to burn it – use it for going back to some familiar places around the western United States and trying to dispatch some of our bigger goals or try something different? Though initially leaning toward the former, in the end (and with the suggestion of our friends) we went for the latter. Yes Sir! A two-month circuit of stamp-collecting conventions it was going to be!! 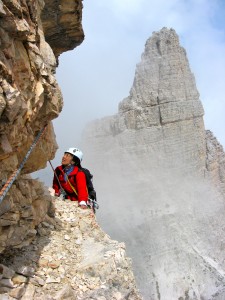 Shirley on the pitch 10 traverse of Spigolo Giallo with Punta Frida in the background (August 2008).

Our climbing trip started with a whole shitload of driving (two shitloads in fact!) and little climbing. Drove down to California only to fail. Drove back up to Portland. Picked up our dog Blondie and spent the next three days driving the 3000 miles to the east coast where Blondie would spend the summer with my parents. A week into our trip and the only thing we really succeeded on was climbing my parents’ roof (to fix a leaky tile) – a project that I initially felt would go at 5.7 R (slab) but the roof material proved too slippery and the challenge was eventually solved A0-style ala FA of Lost Arrow Spire. 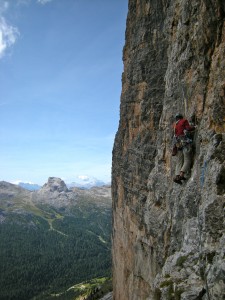 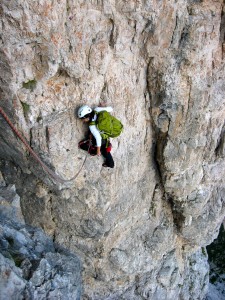 Shirley nearing the top of the chimney pitches (this is roughly #13) on Tissi/Andrich/Bortoli (VI-, 15P) route on Torre Venezia’s south face (Aug. 2008). 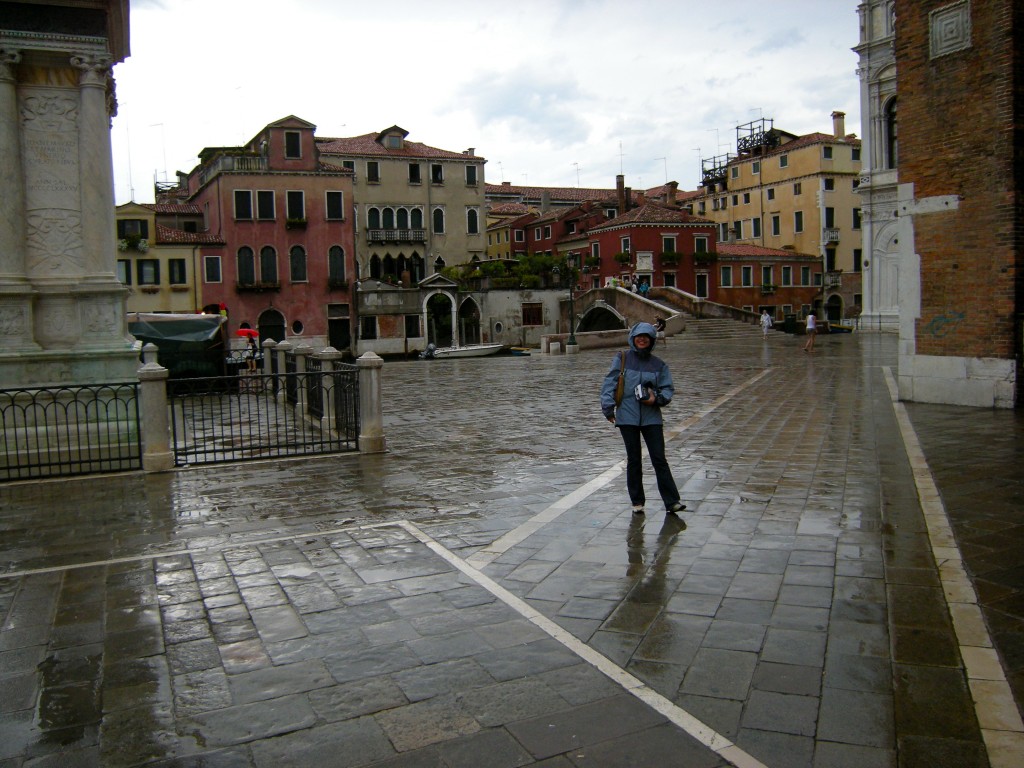 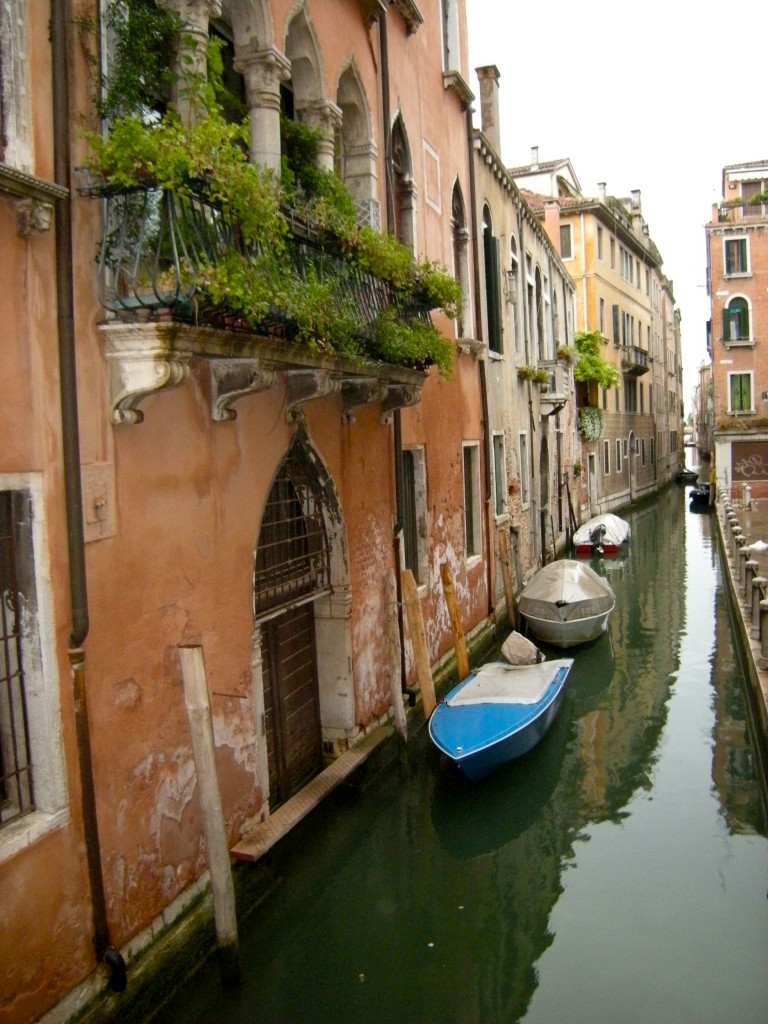 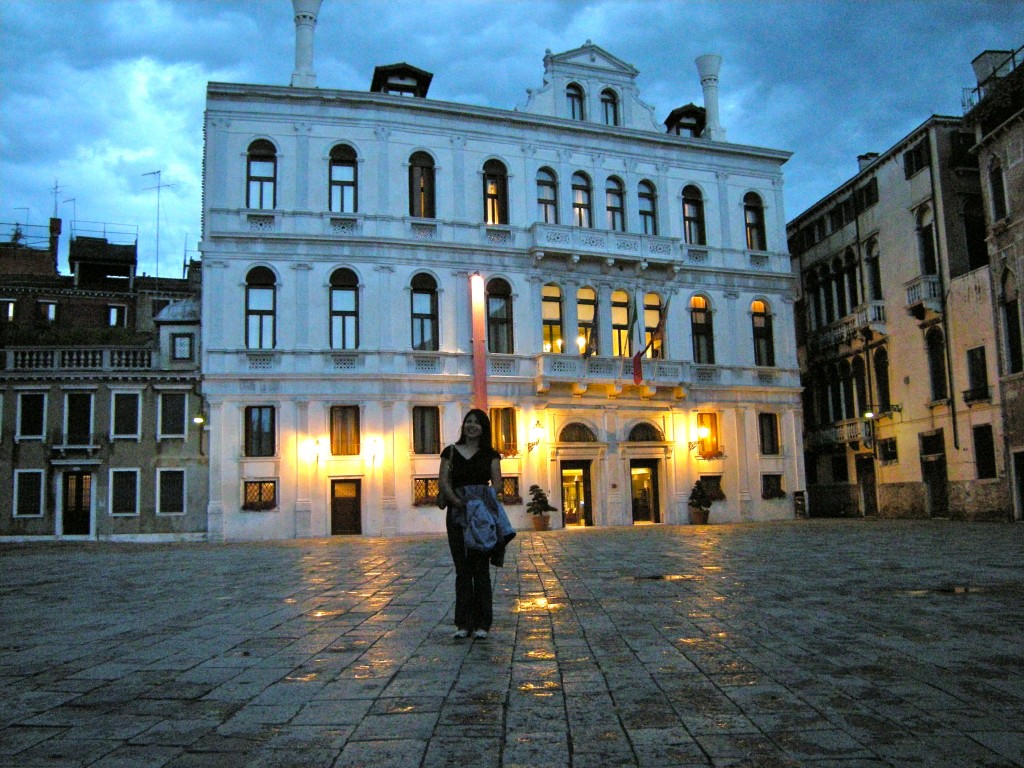 Shirley strolling through Venice at the tail end of our first day in Europe (Aug. 2008). 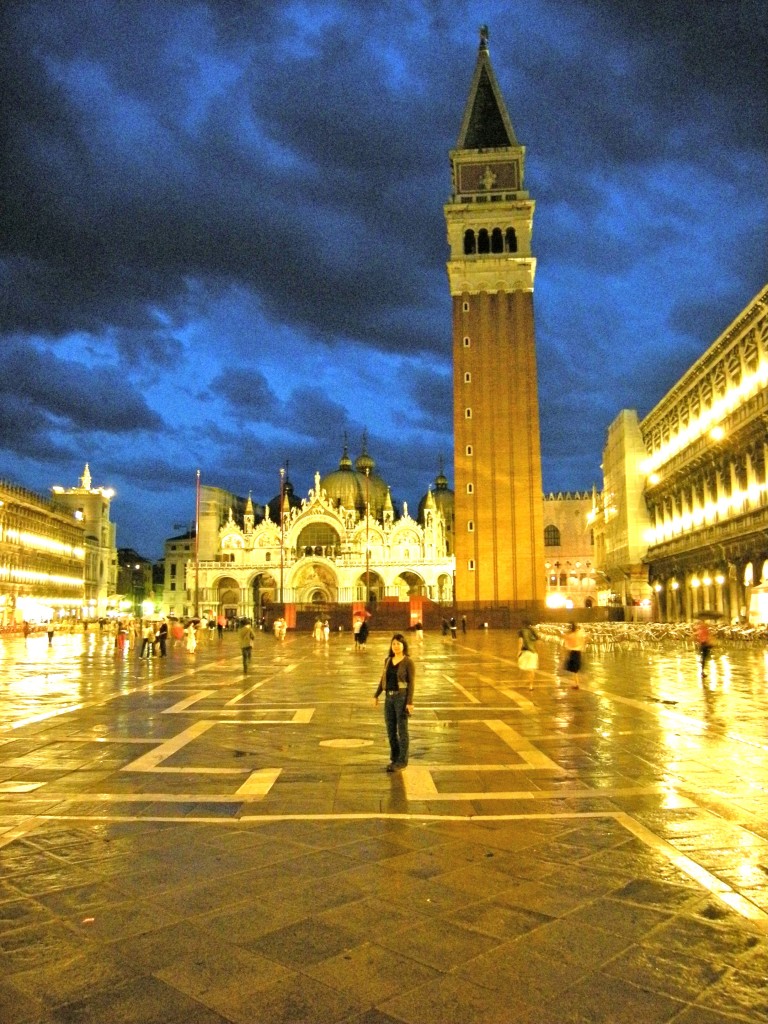 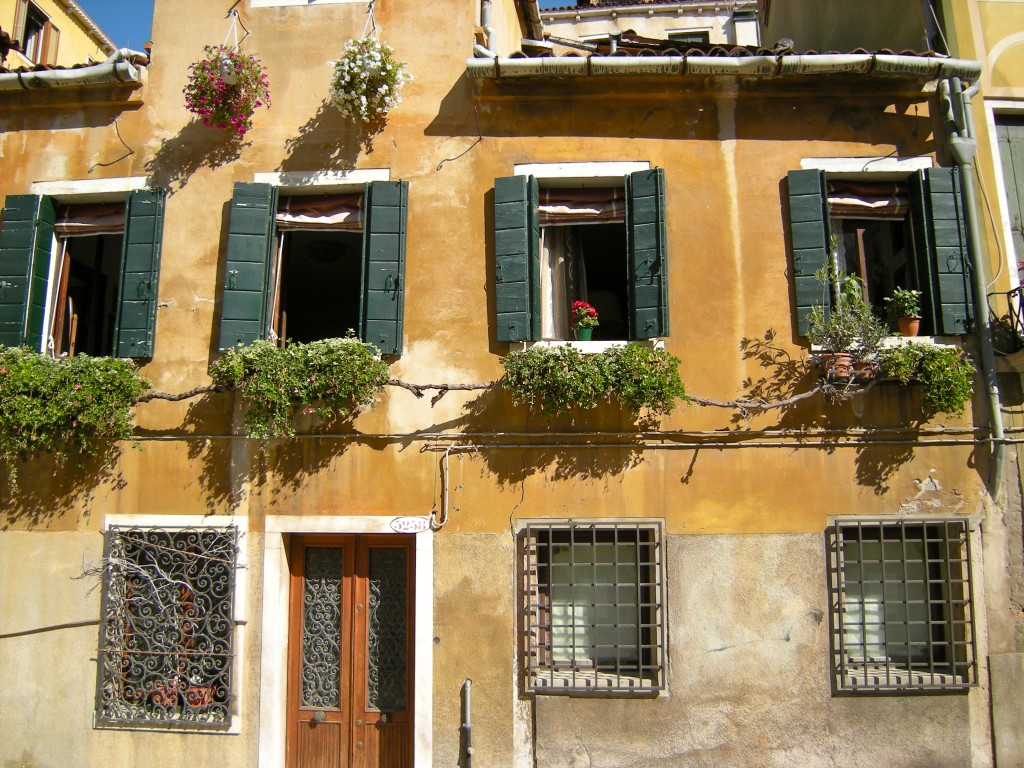 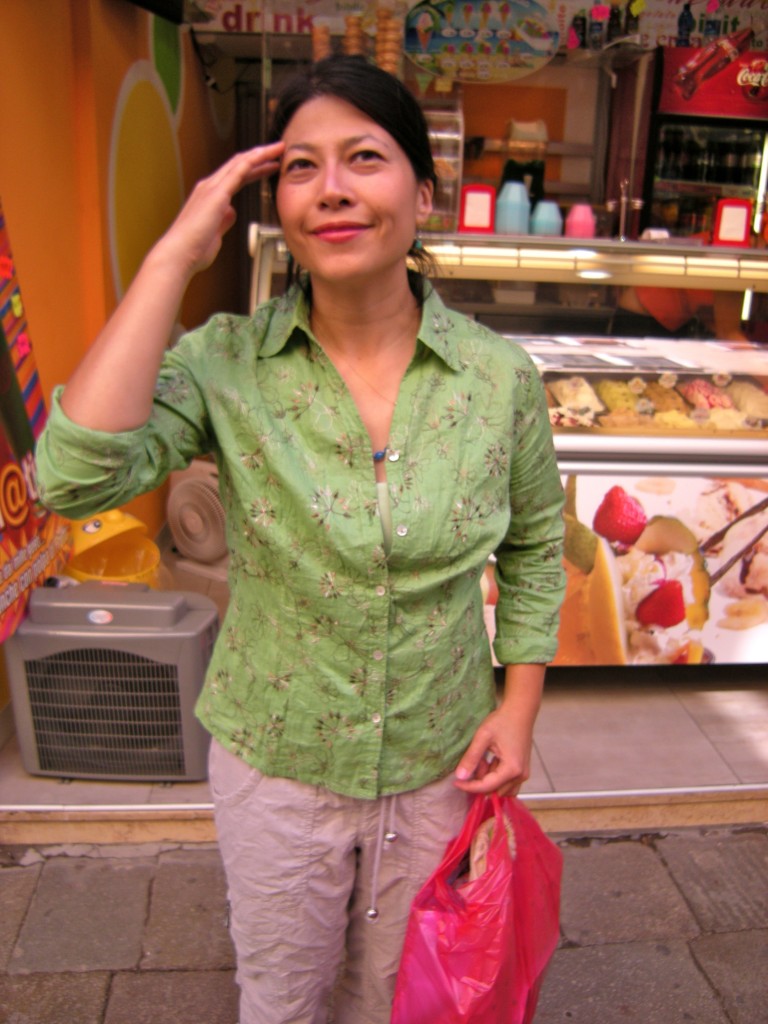 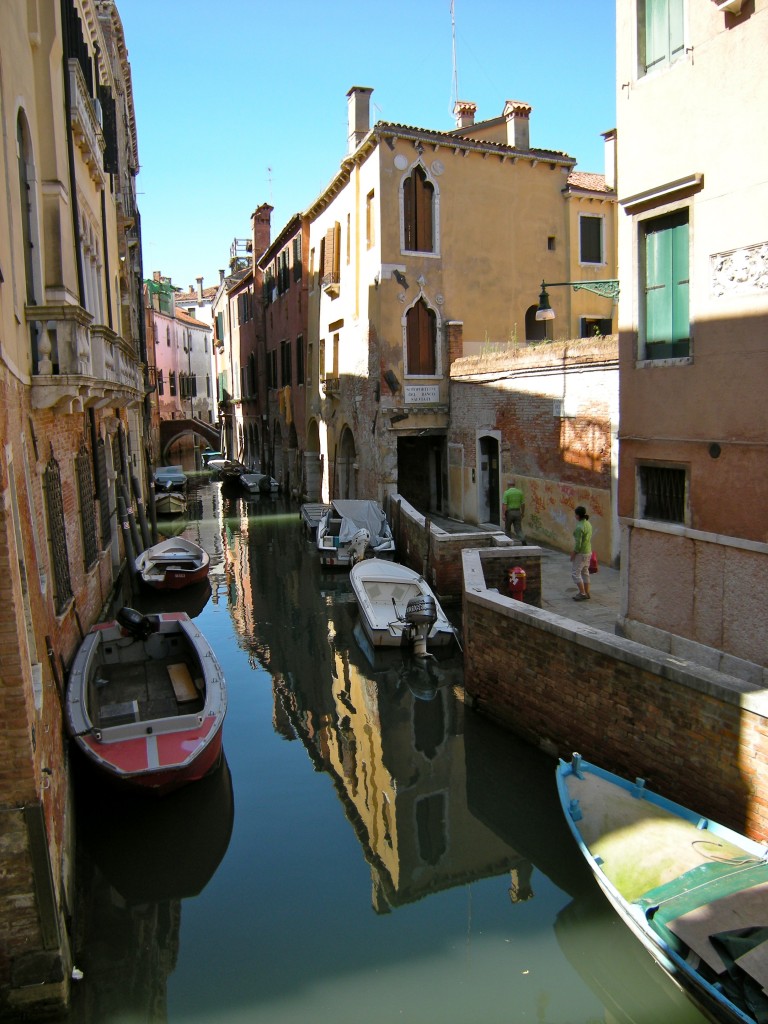 Strolling aimlessly through the streets of Venice (Aug. 2008). 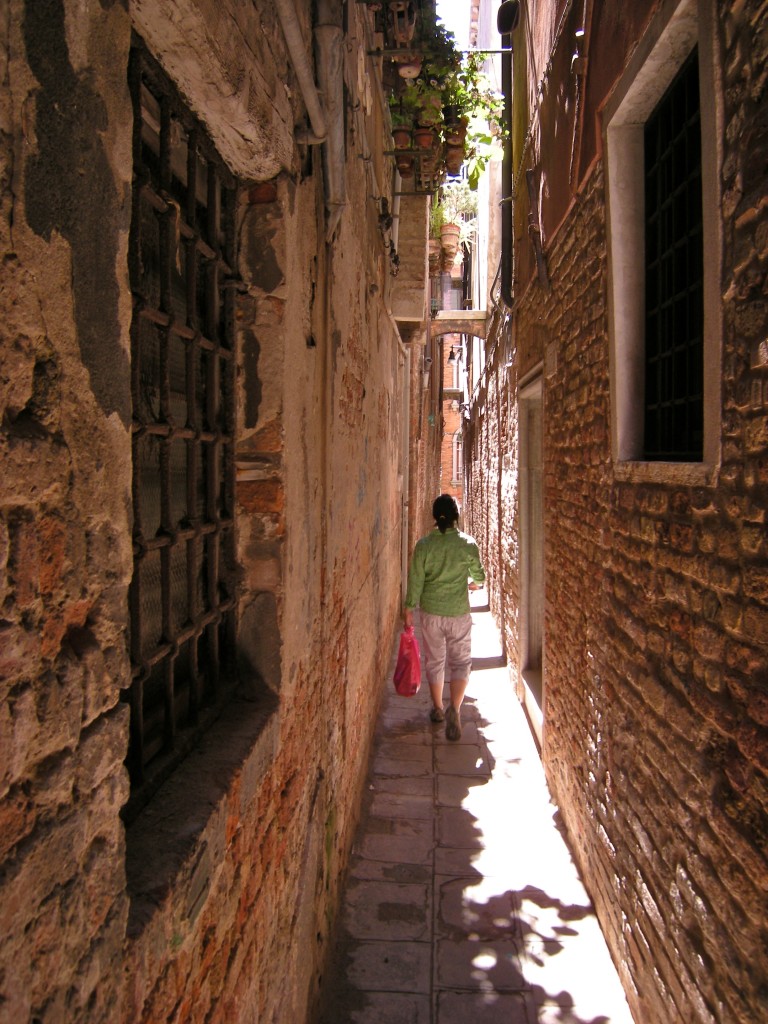 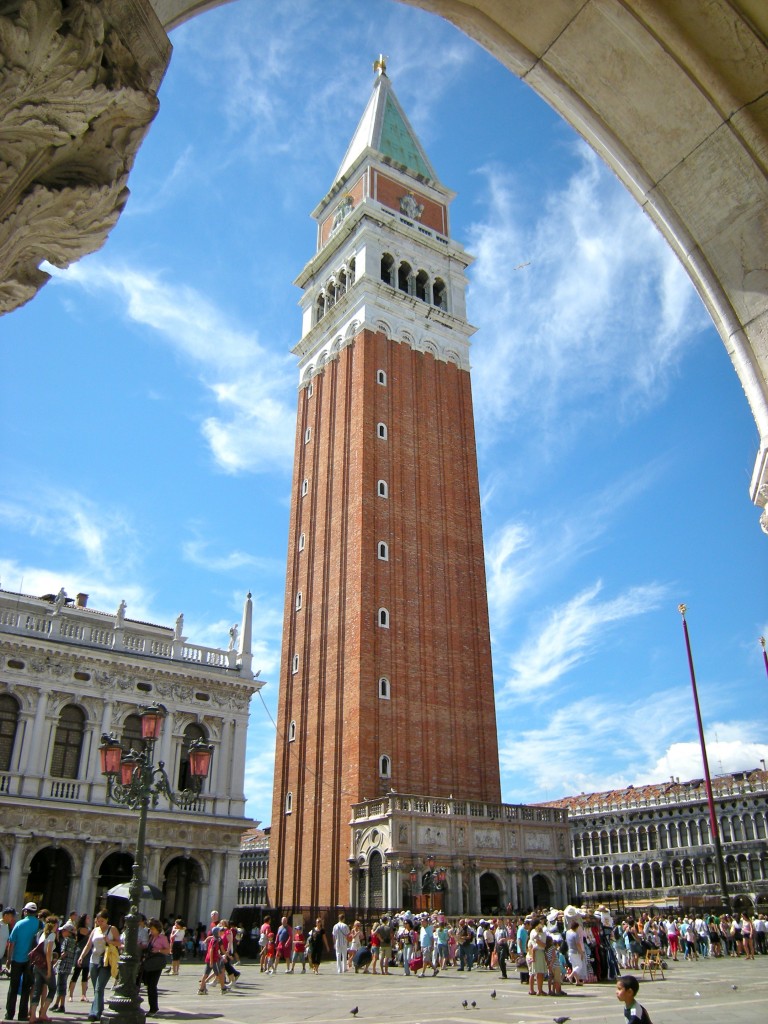 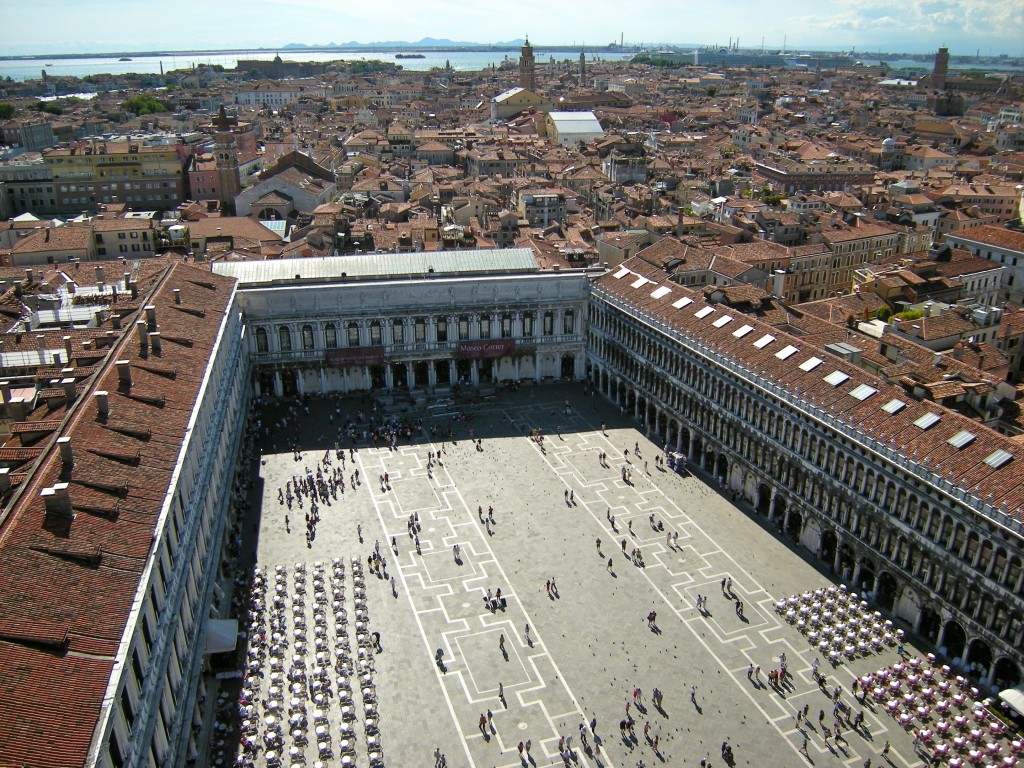 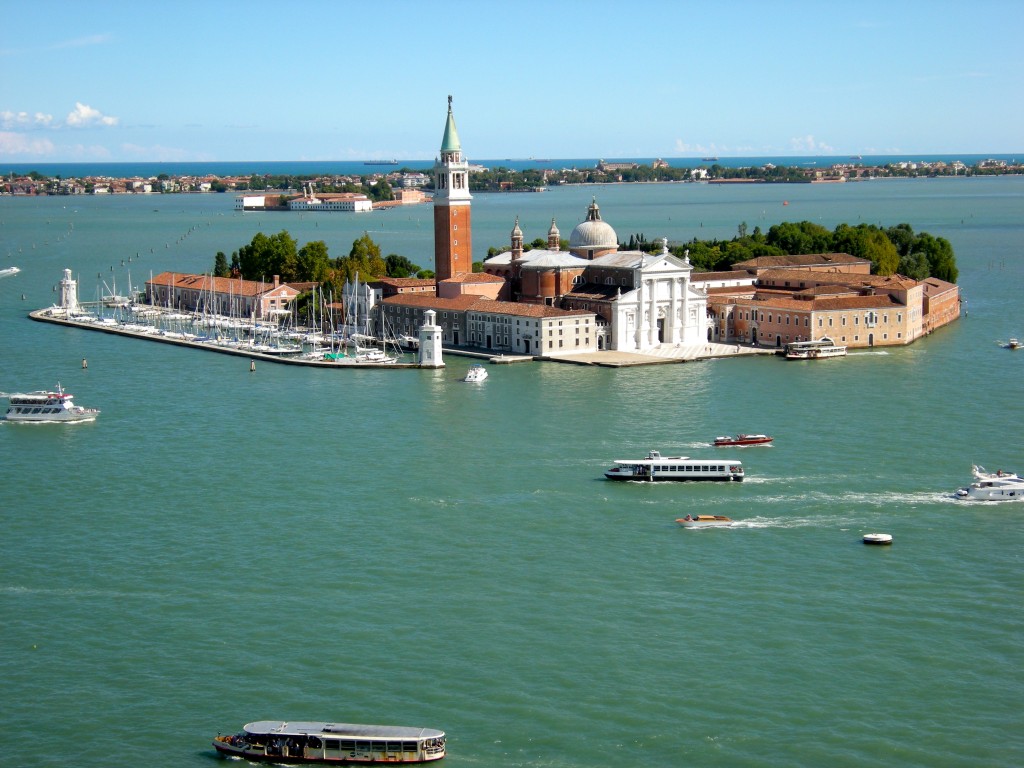 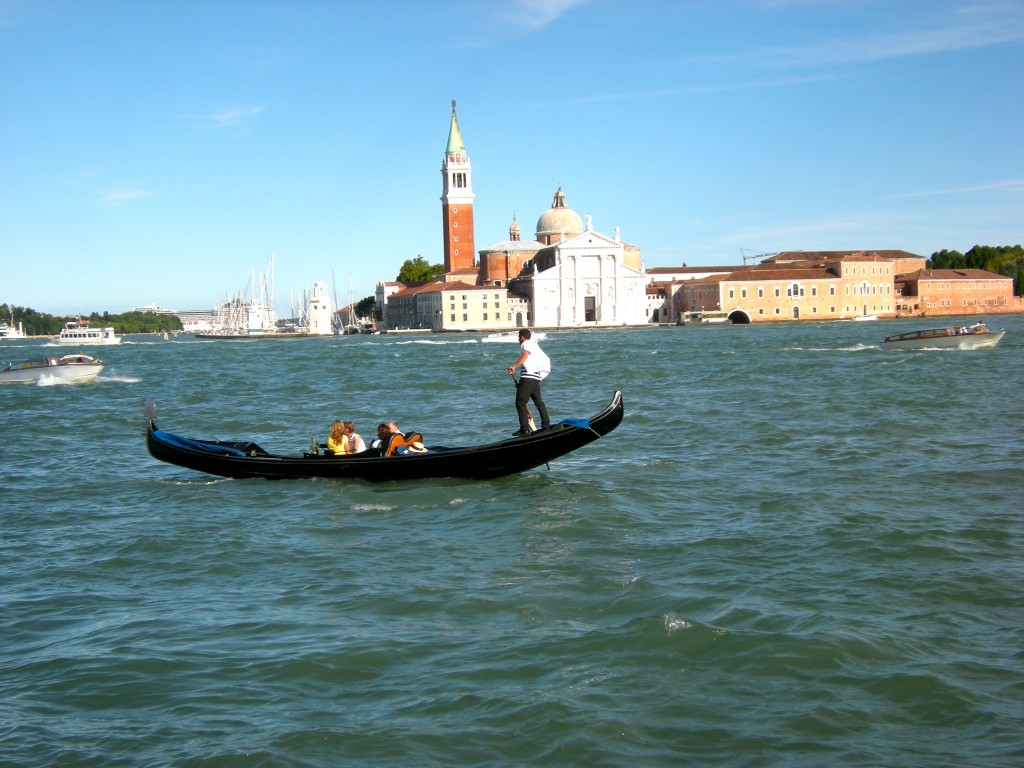 Some chunky tourists trying to sink a gondola (Aug. 2008). 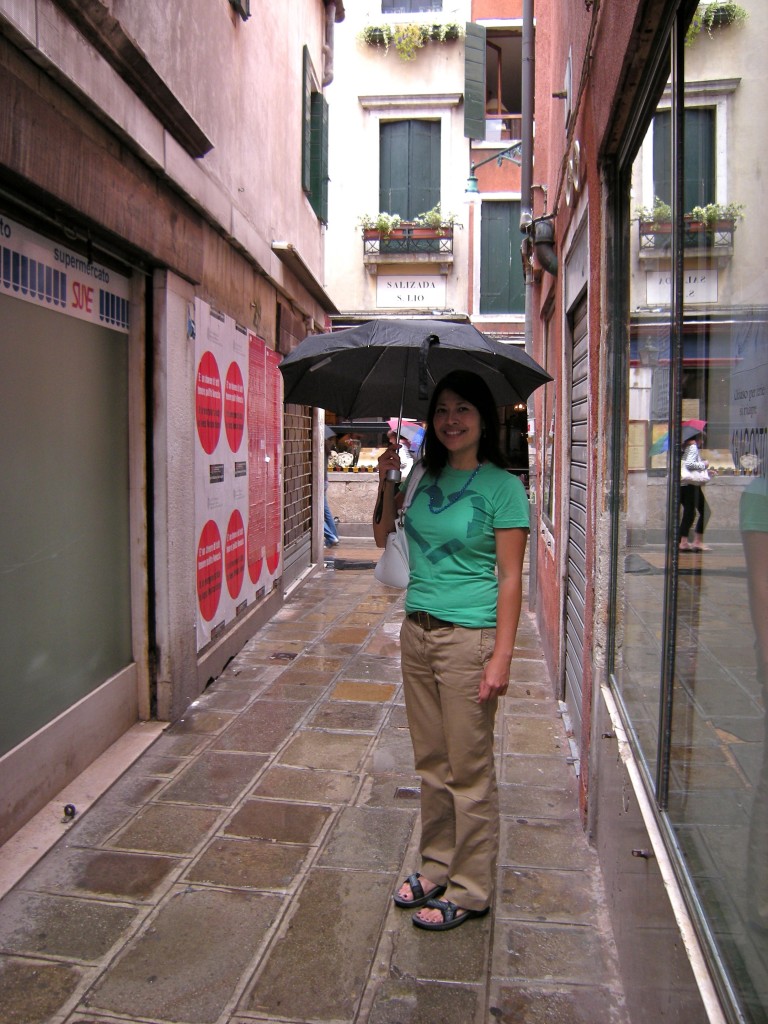 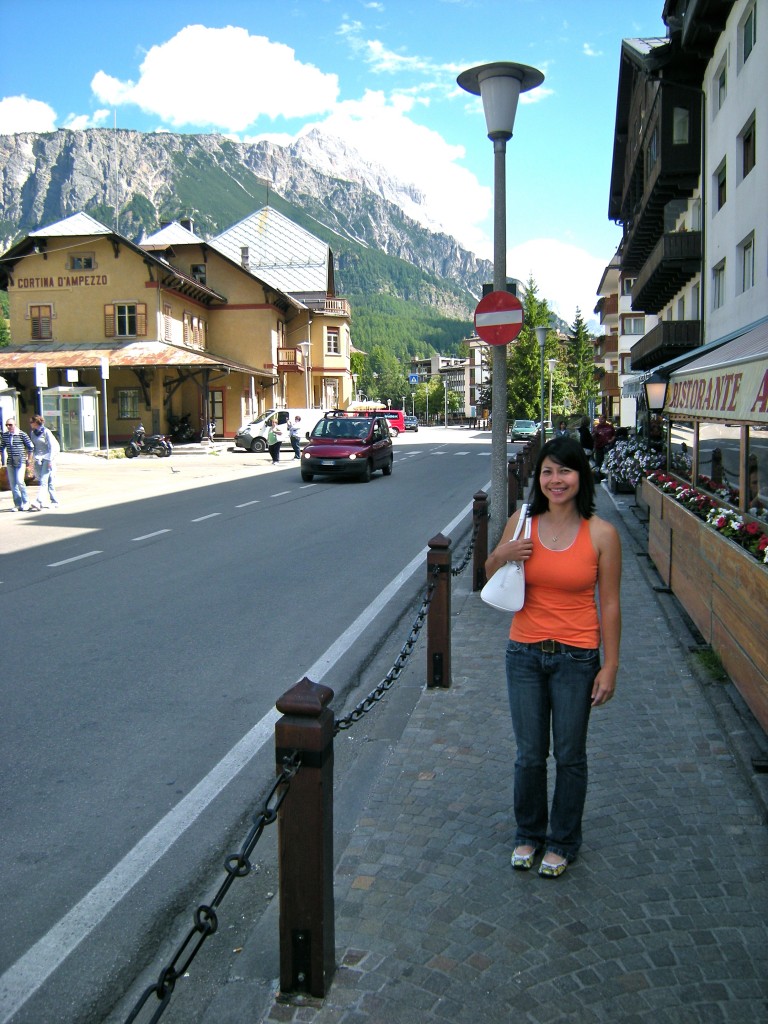 Shirley in Cortina D'Ampezzo - another tourist trap but at least we're getting closer to the climbing (Aug. 2008).

Go to Venice.
Go to Euro Sampler – Meteora.
Go back to Europe.