Go back to Morocco page.
Go back to Across The Atlas page. 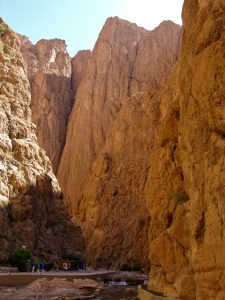 Next day, a pre-arranged cab showed up to take us to Todra Gorge some 2-3 hours away. The drive stretched a bit longer with frequent scenic viewpoints including the Dades Gorge and countless kasbahs in the villages. Given that we had no Todra guidebook with us, the driver took us to a guest house (Dar Tiwira) where the owner’s son Abdul happened to be a climber who not only had a guidebook but also an intimate knowledge of the routes in the Gorge. That afternoon we hiked 20 minutes to The Gorge and climbed the friendly Pierre Et Le Loup – 5-pitch 5+ though we got rained off from the last, easy pitch. 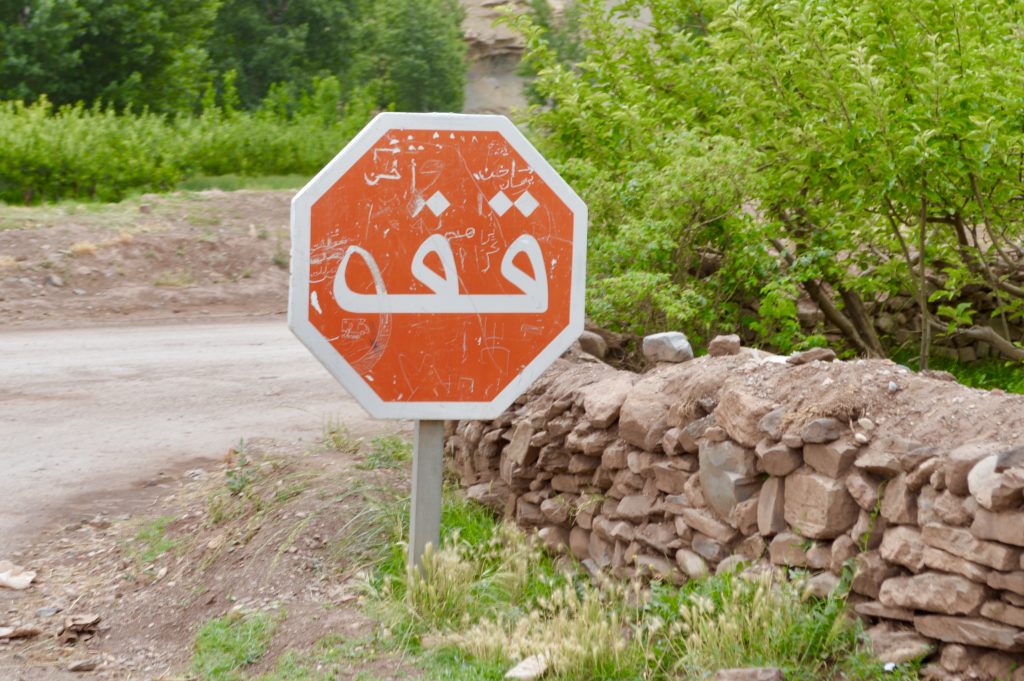 In the name of love!

Views early on during our drive from Oussikis to Todra (May 2017). 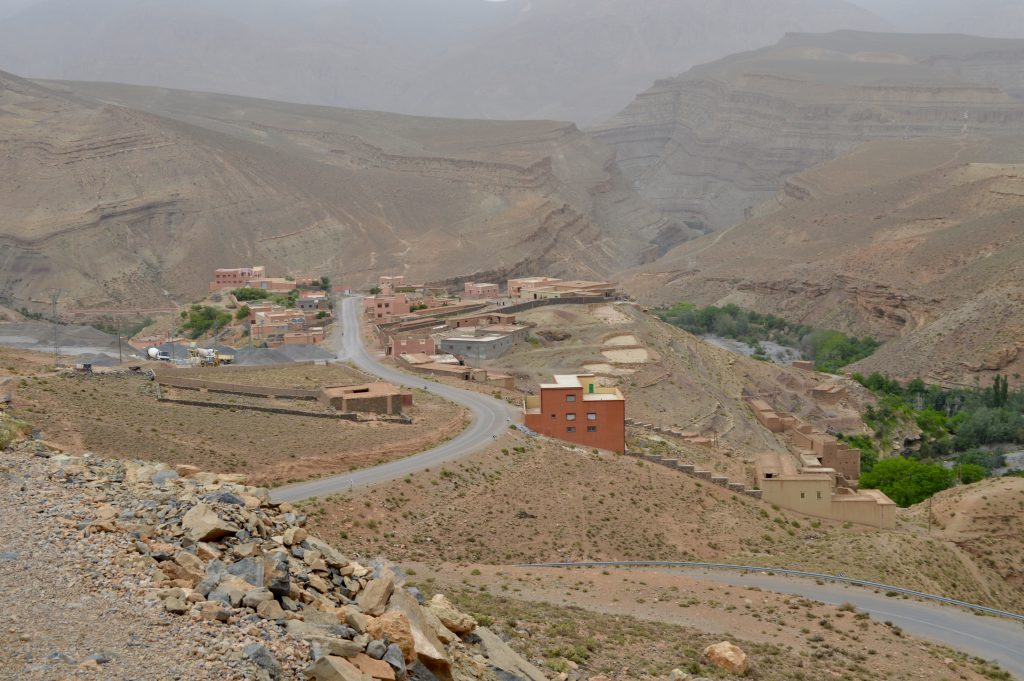 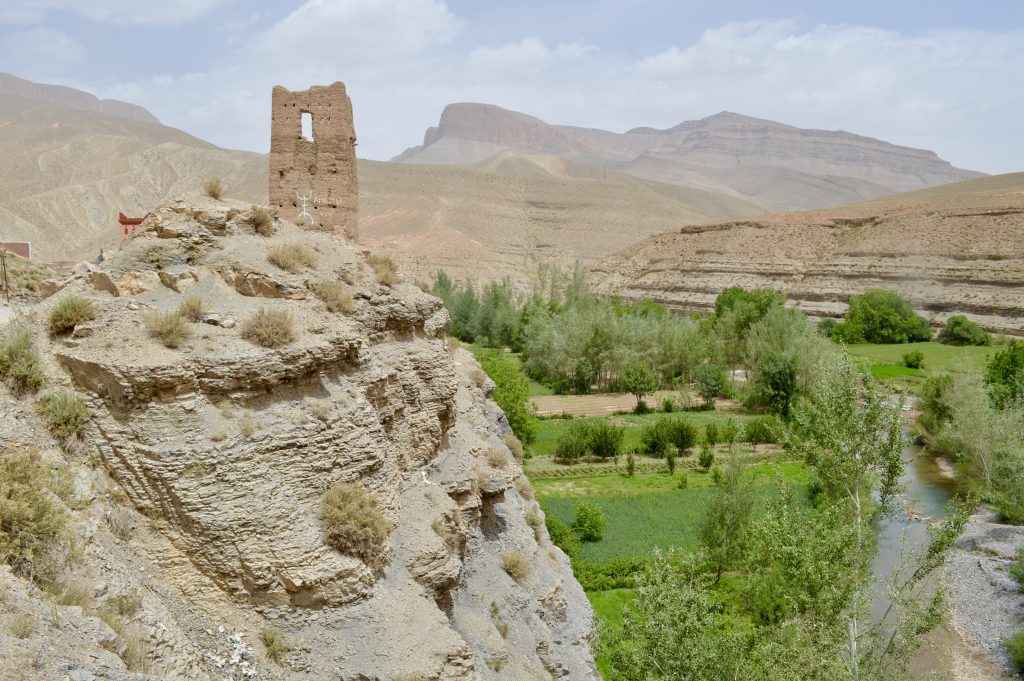 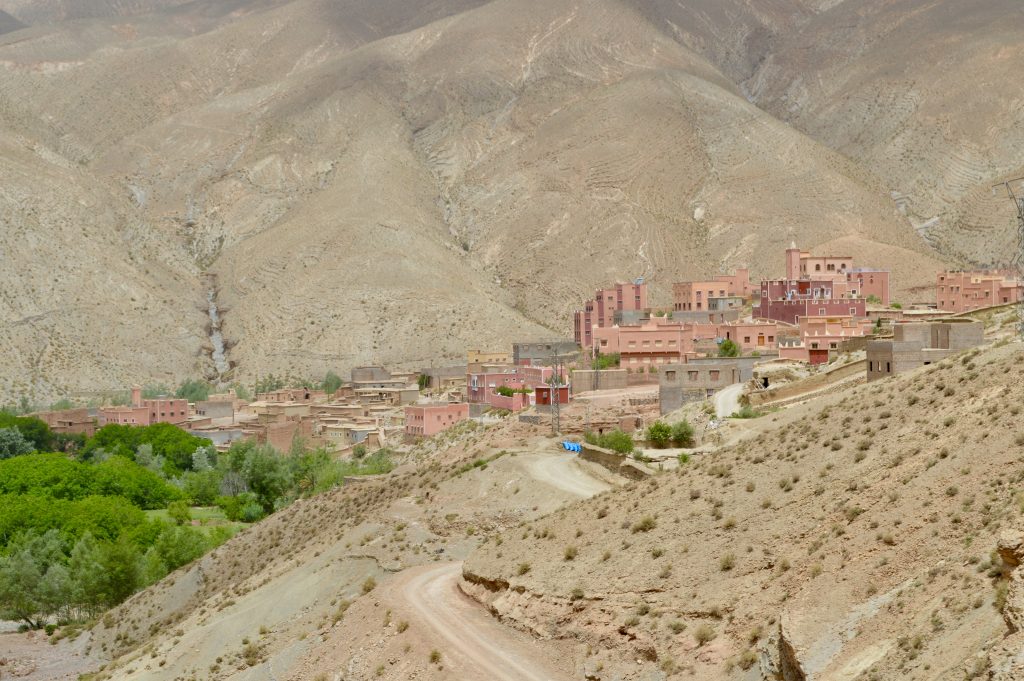 Another village somewhere in Dades Gorge (May 2017). 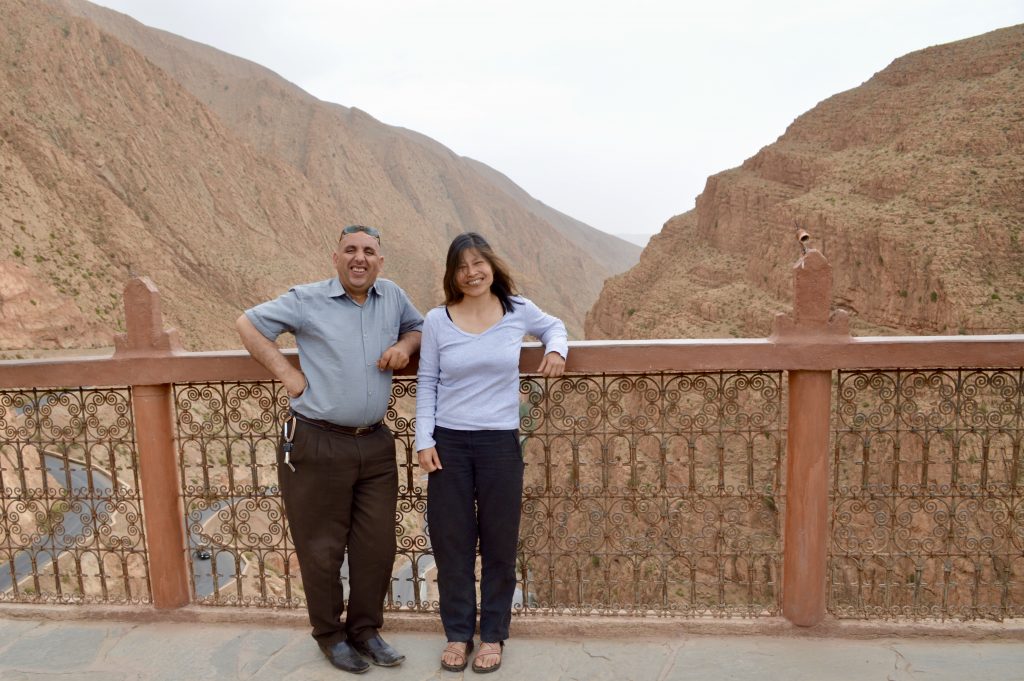 Our driver Aziz and Shirley at Dades Gorge (May 2017). 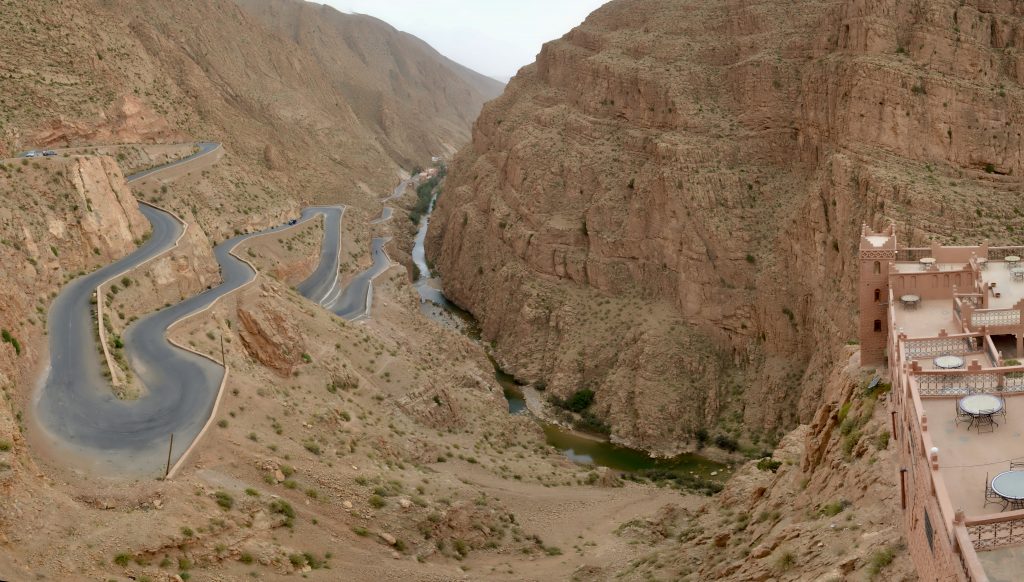 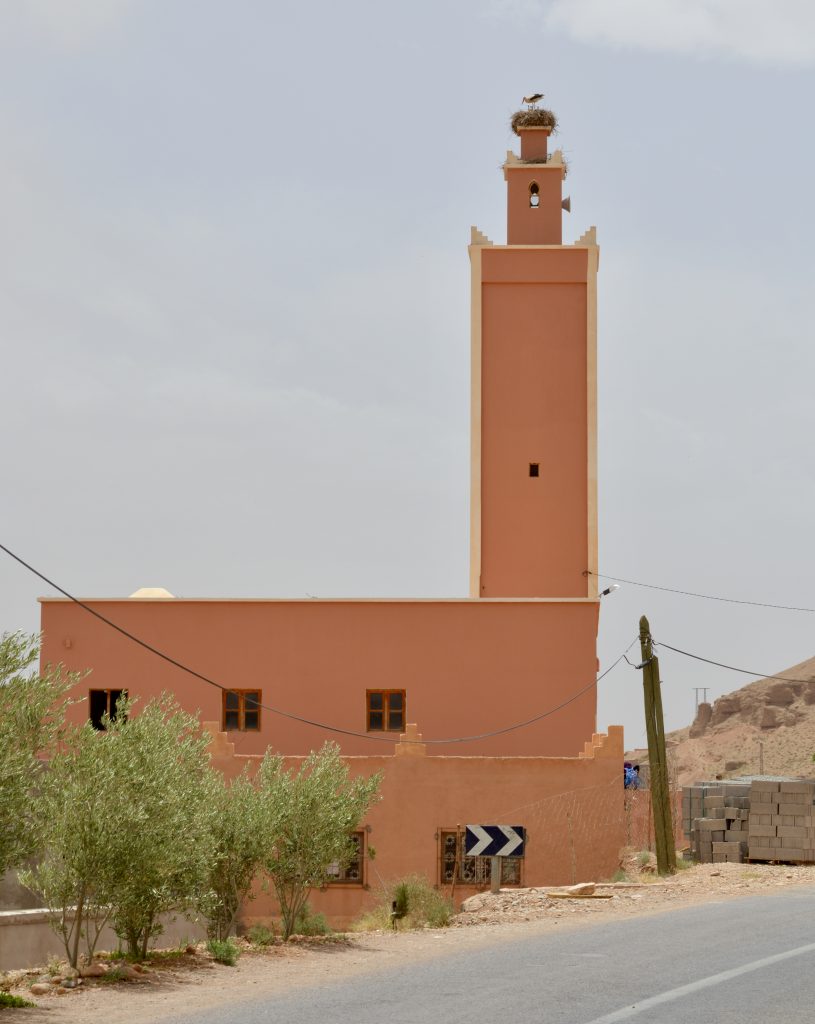 One in five mosques would have a storks’ nest atop its minaret (May 2017). 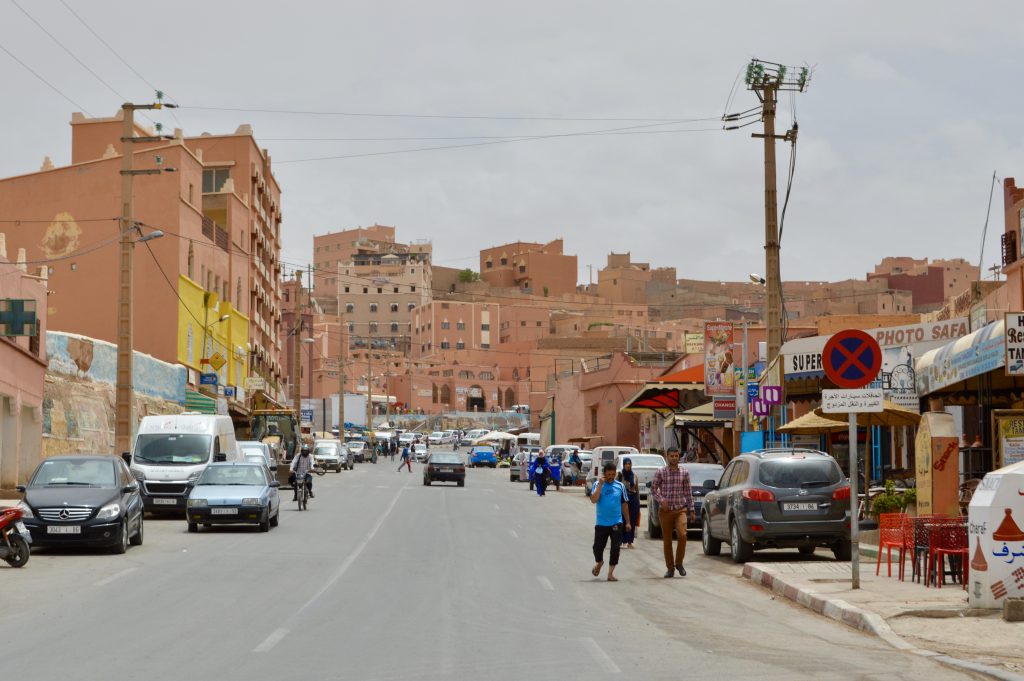 I think this is the town of Boumalne at the far end of the Dades Gorge (May 2017). 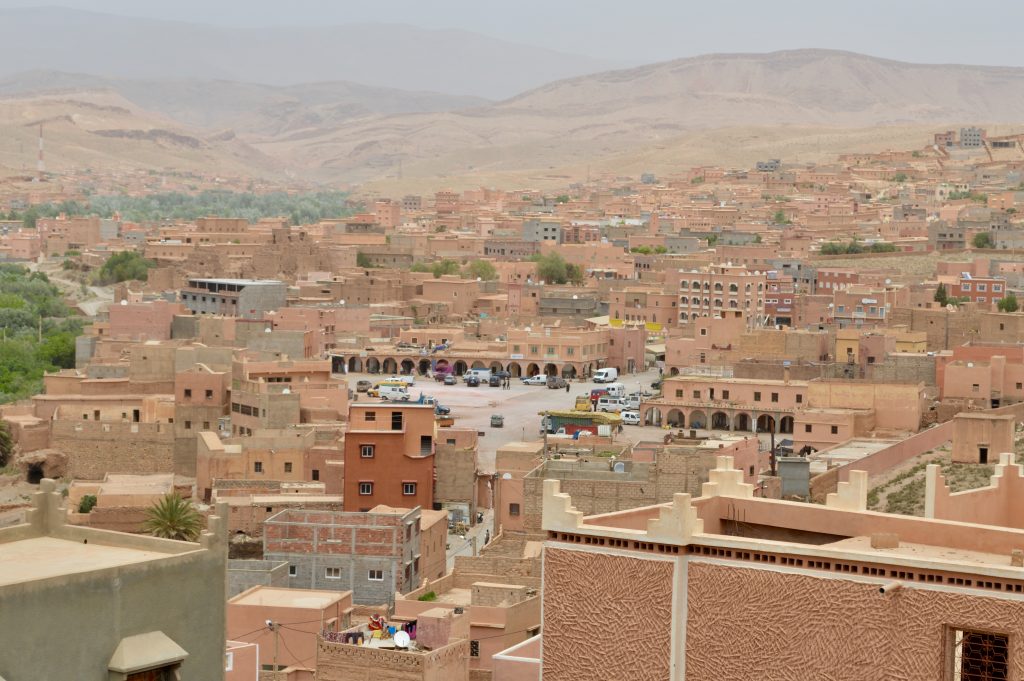 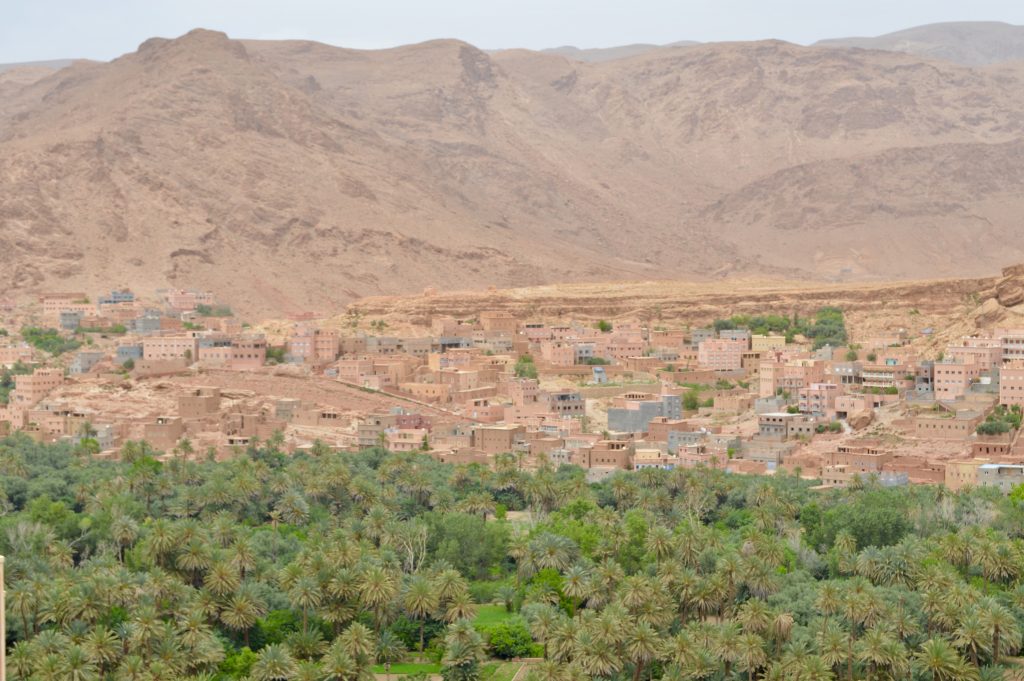 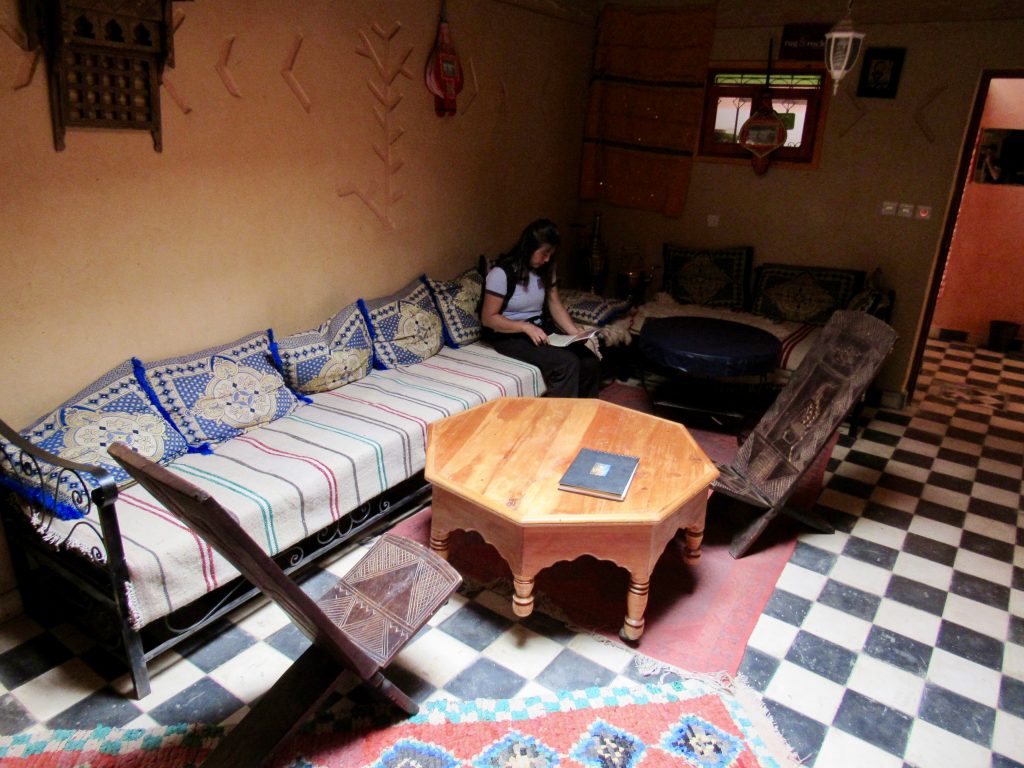 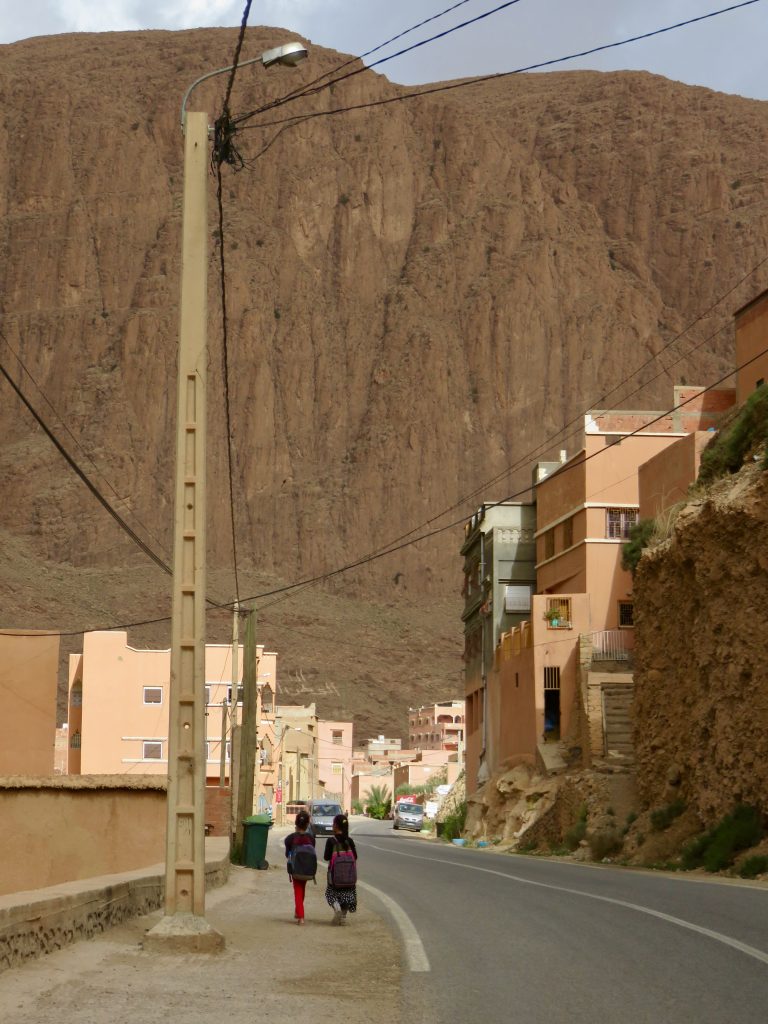 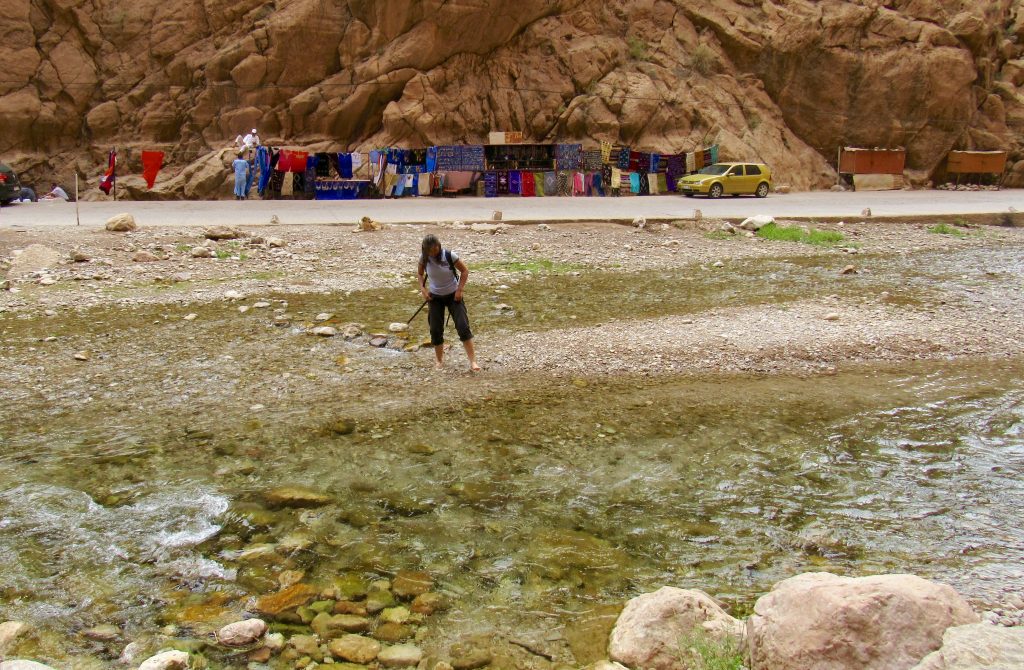 On the short approach to the Pierre Et Le Loup route in Todra Gorge (May 2017). 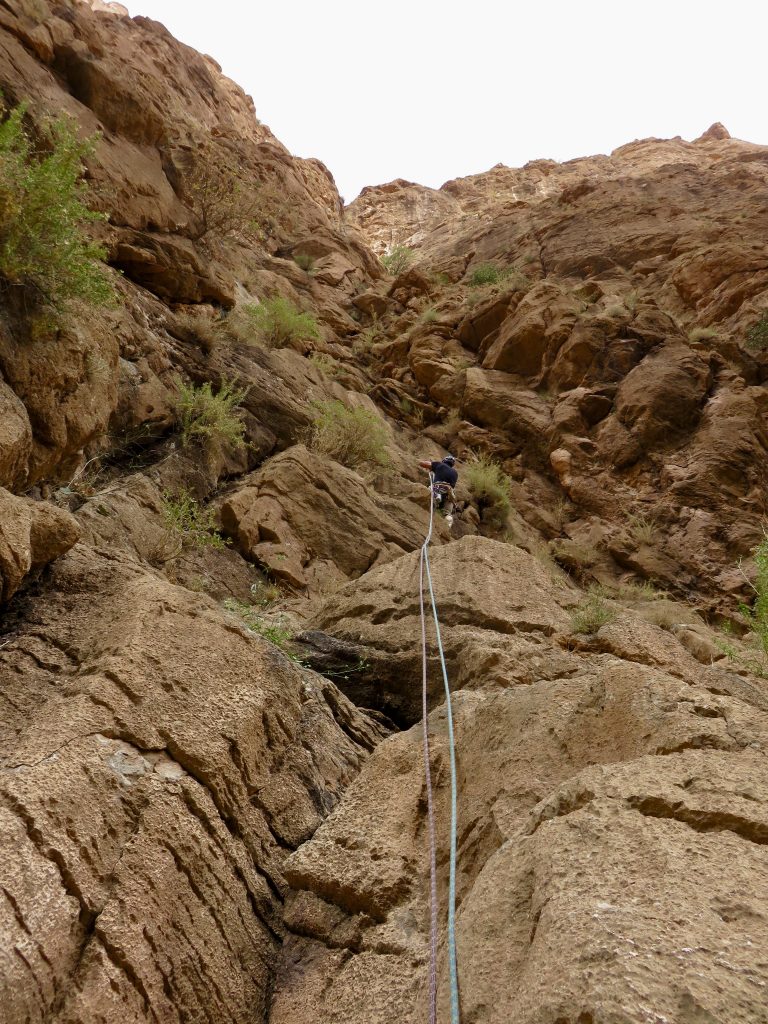 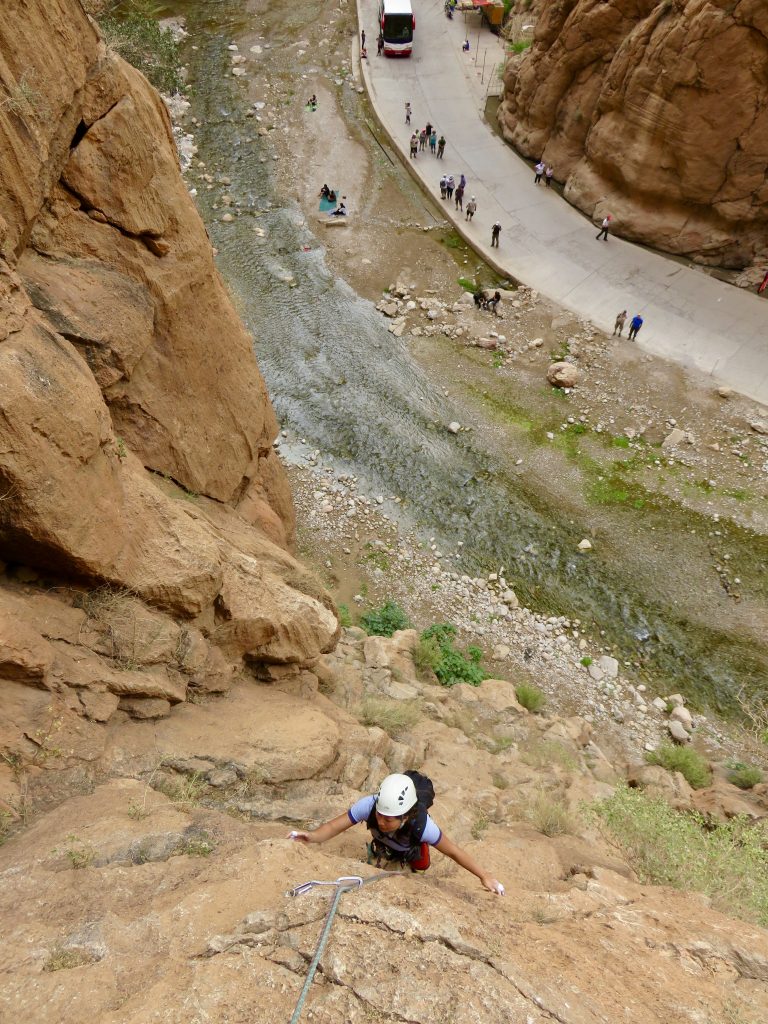 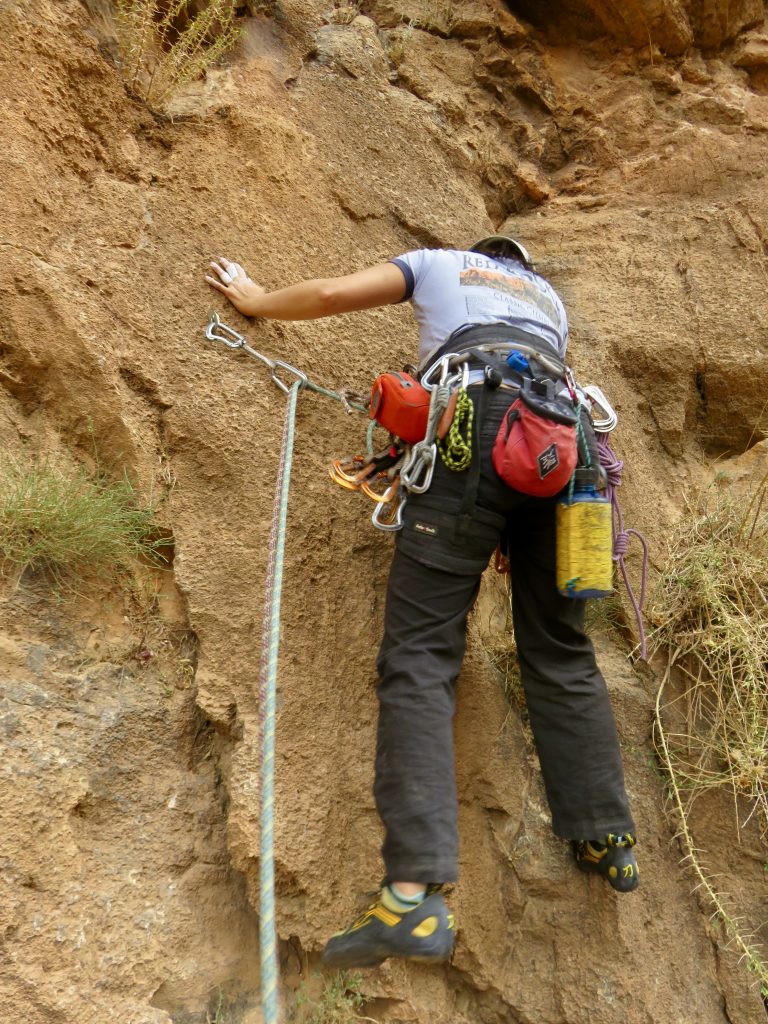 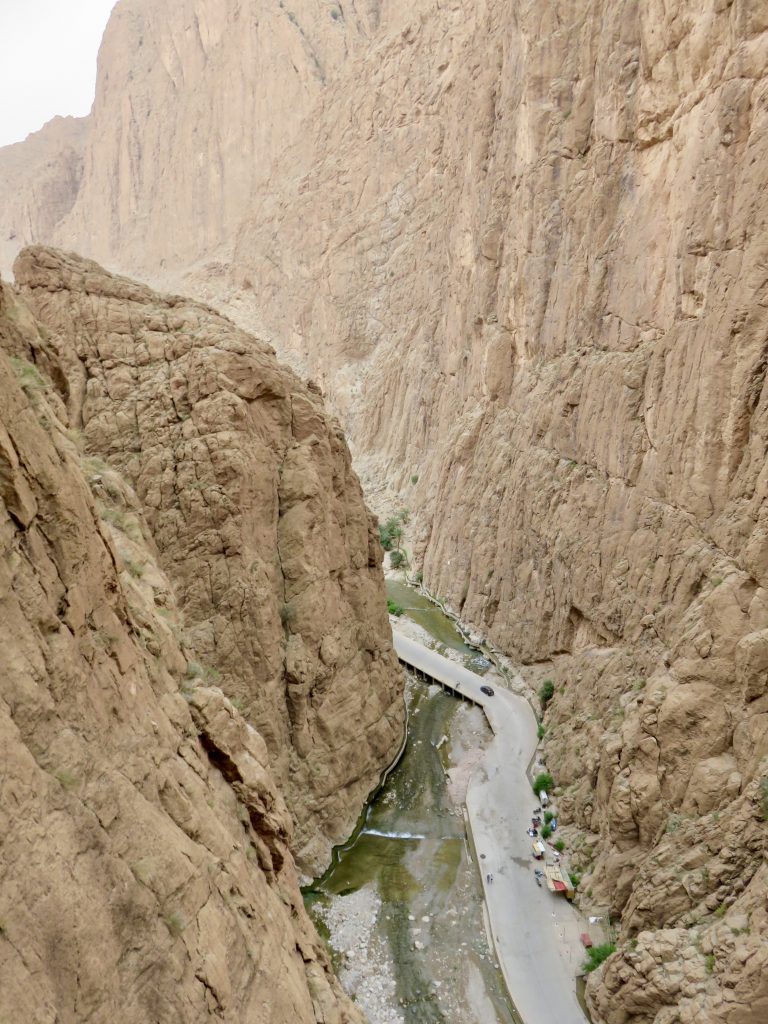 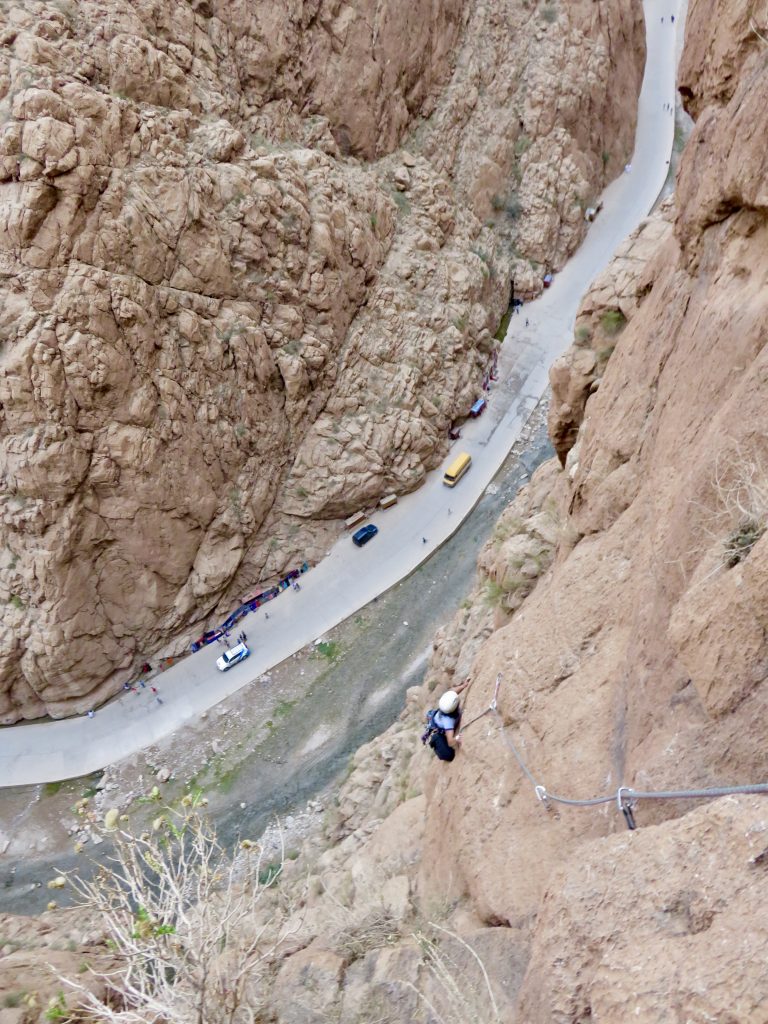 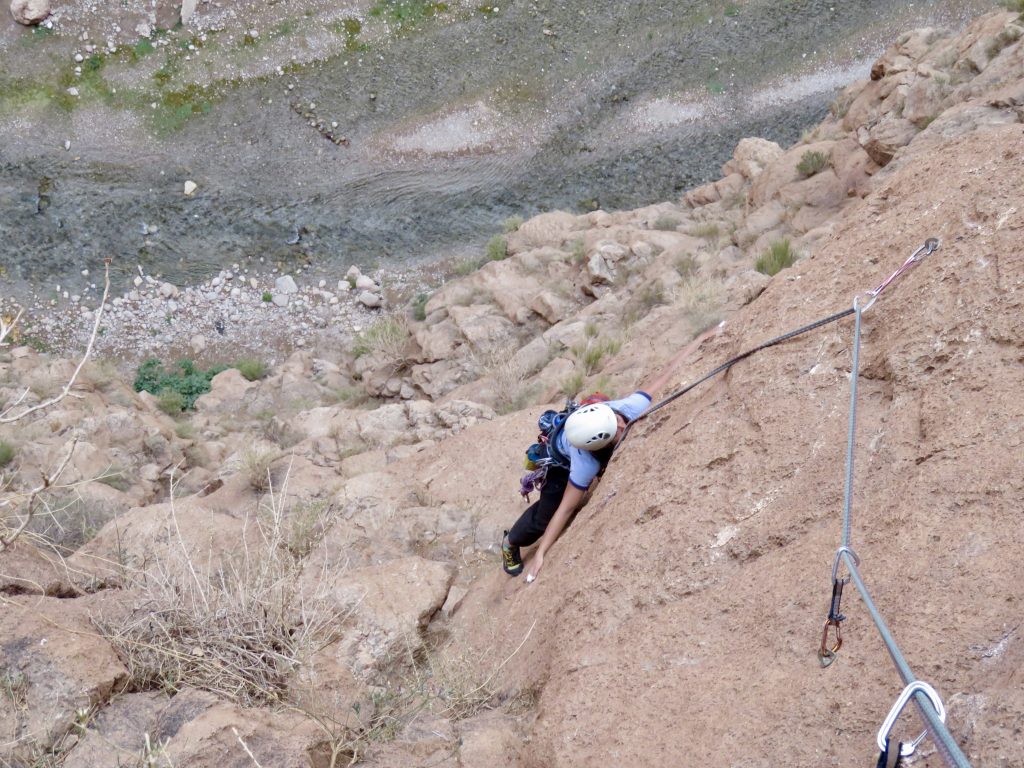 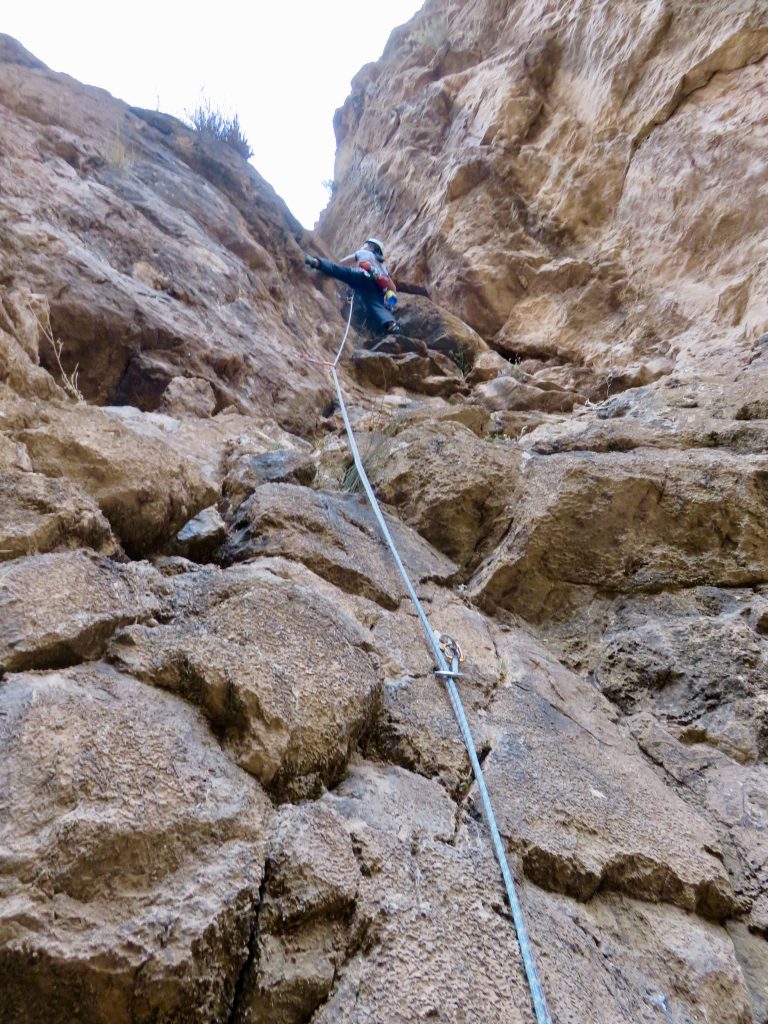 Shirley leading pitch 4 in a light drizzle right before a brief downpour caught us and we rapped (May 2017). 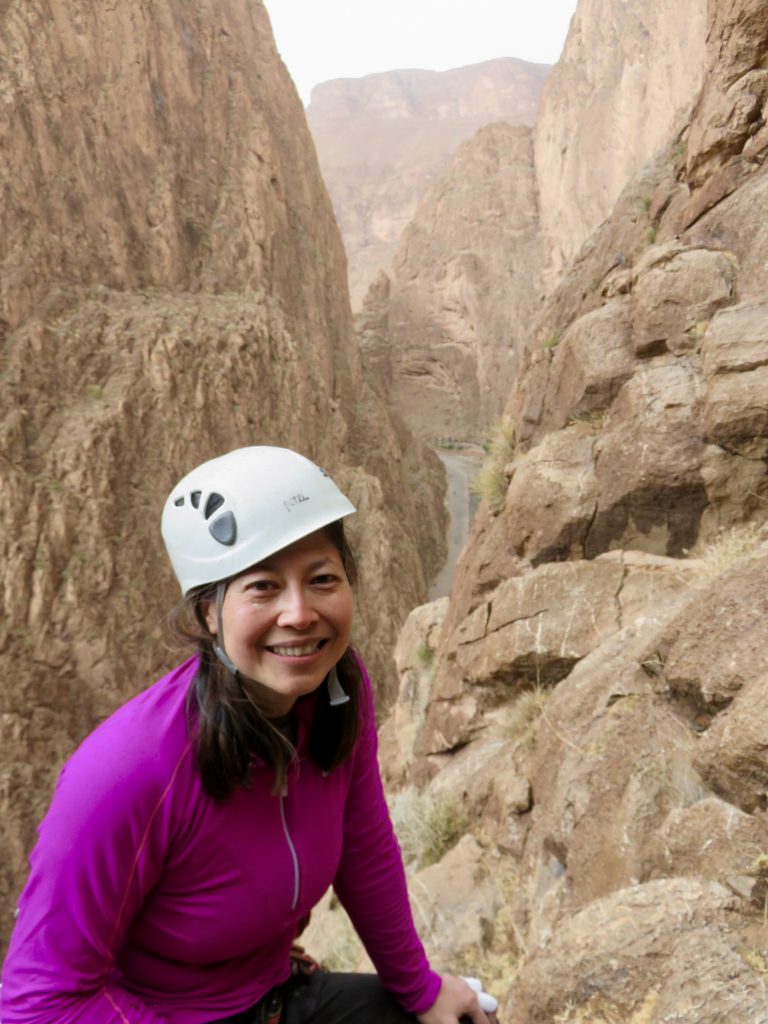 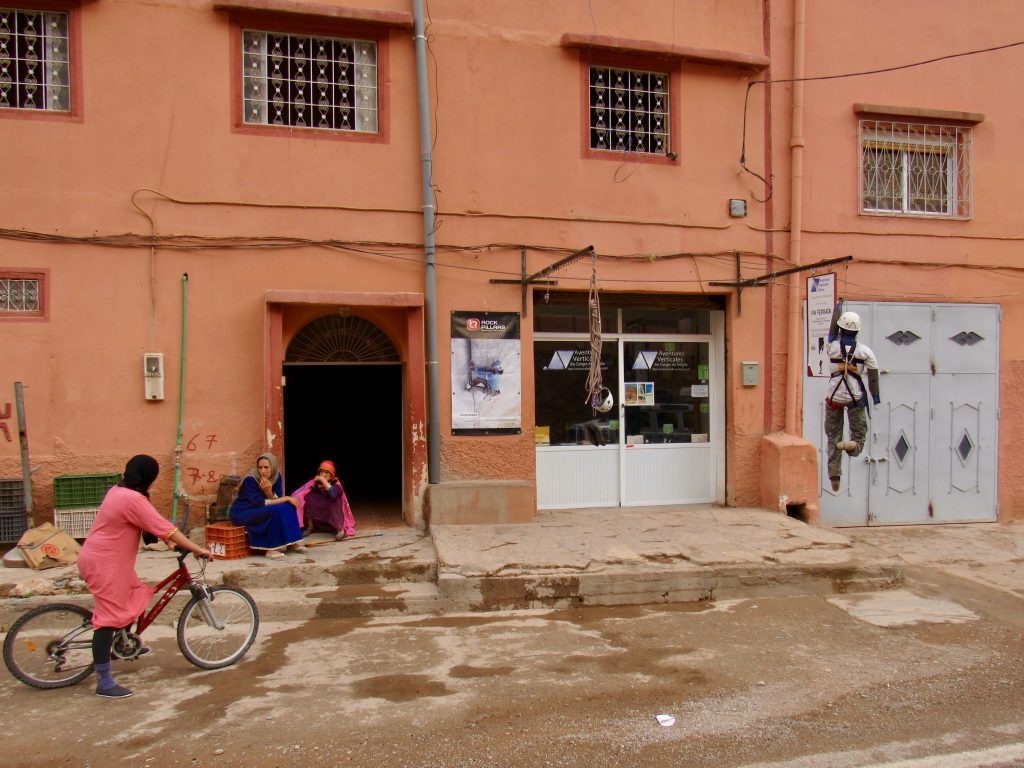 The climbing shop just outside of the Gorge.  It’s an effigy of a dumb tourist on a via ferreta apparently (May 2017). 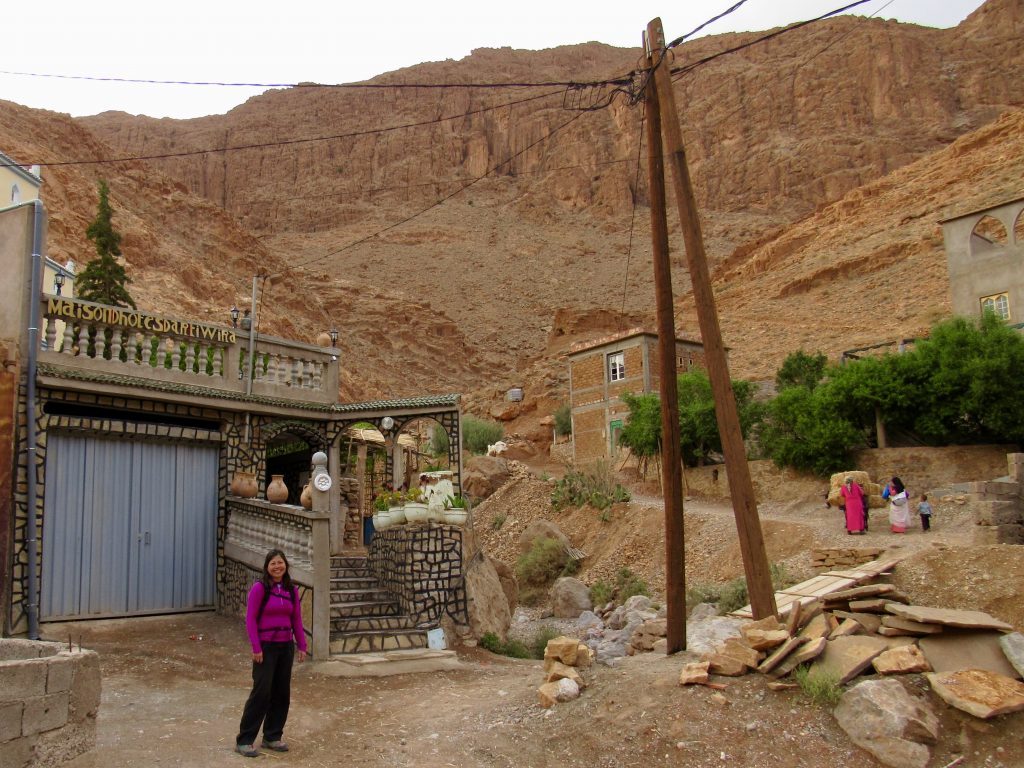 Go to Tiwira page.
Go back to Morocco page.