Go back to Europe page. 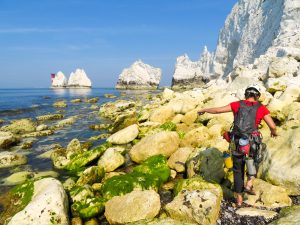 You could show me a dozen videos of elite climbers beating The Nose speed record like a drum or conquering some mixed sickness in The Greater Ranges of the world and my response to such things is generally “looks cool but whatever”. However, you show me a shaky YouTube clip of some crusty weekend warriors climbing a disintegrating spire or ridge and my ears perk up. Relatability plays a large part of course but equally it is the uniqueness of the route or the setting that gets my attention. When I first saw a video of climbers tackling a chalk ridge high above a sea I knew that we’d be giving it a go at some point. Hard not to get excited about a committing, multi-pitch route on an island in the English Channel of all places (not exactly a renowned climbing mecca). 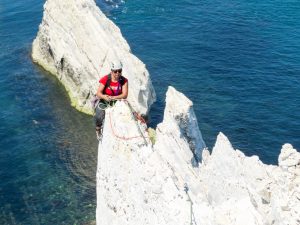 Stars have to line up (three of them anyway) for one to get a shot at climbing the Skeleton Ridge route, a 6 pitch, 160 meters long, British HVS 4c. There’s the weather obviously (coastal England – what could go wrong?); then there’s the tide timing issue since the approach requires a low water (or a sketchy wade otherwise?); and finally the climb starts and finishes in the gated Old Battery at the Needles operated by the National Trust meaning one needs their permission to climb and is limited by their operating schedule. Additionally, the local coast guard must be notified or else an unnecessary rescue operation might be mounted. 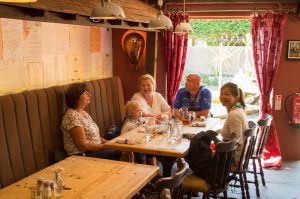 Pub scenery on Isle Of Wight. 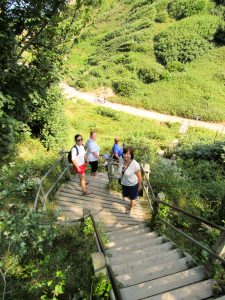 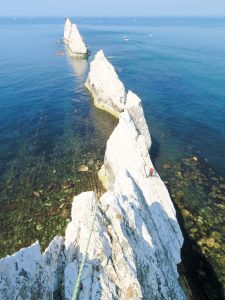 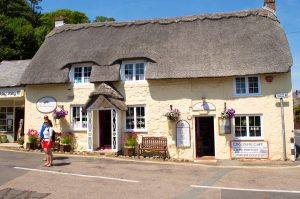 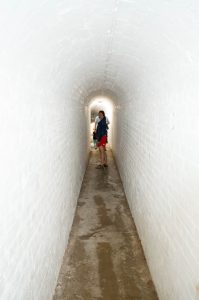 Tunnels under the Old Battery. 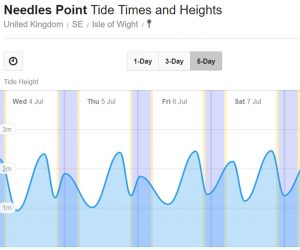 Check the tide tables for Needles Point on the Isle of Wight. Many options exist but we mainly relied on this link.

A low tide of 1.1 meters (which we had) means a dry approach; in fact, I would guess that you could probably do it reasonably dry footed up to a 1.5 meter tide w/o swell.

Contact the National Trust Administrator at the Needles Old Battery at 0 1983 754772. We had called ahead of time (and verified the day before climbing) that someone would be there to let us in well ahead of the usual opening hours (someone should be there between 8:30-9 in the morning) so that we could make the low tide. Their website is here. 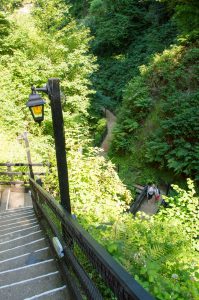 A pretty gorge in Shanklin. 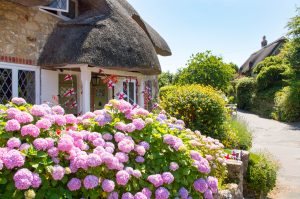 Finally, you need to contact the Solent Coast Guard on the morning of your climb to let them know you’ll be climbing (and call them once you’re done) so that they do not mount a rescue should someone call in your presence on the cliffs (tons of boat traffic below). Their number is 0 2392 552100.

Lastly, it was this nicely put together video (not shaky at all) that planted the seed in our heads.

Go to The Prelude.
Go to Europe page.