Go to Malaysia.
Go back to Bukit Takun. 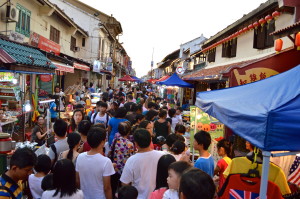 After coming down Bukit Takun, we headed south to the town of Melaka on Malaysia’s west coast. A night street fair in Chinatown provided some colorful entertainment and – once again – outstanding culinary experiences (durian ice cream for example). Our time in Malaysia came to an end the following day. We drove to Johor Bahru, returned our rental car and crossed the narrow strait back into Singapore… 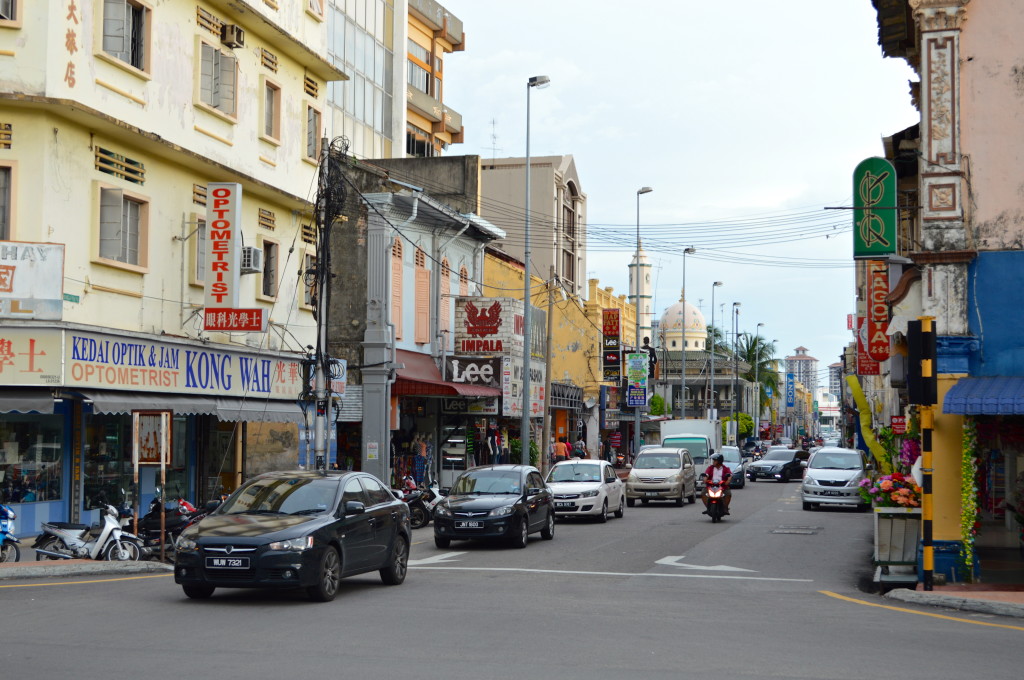 The town of Melaka in southern Malaysia (June 2014). 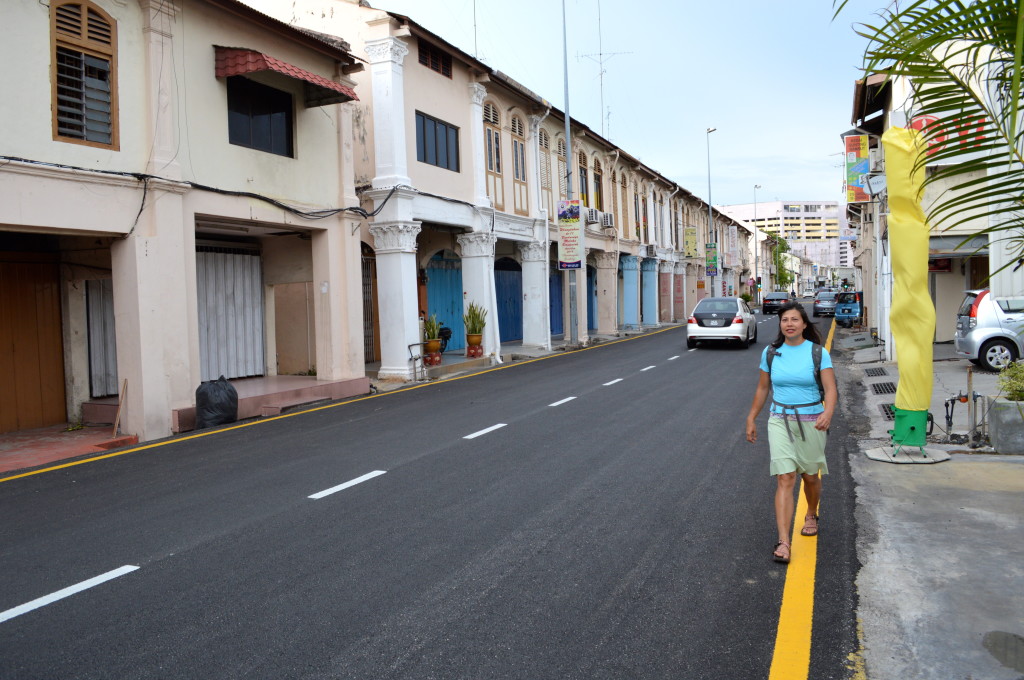 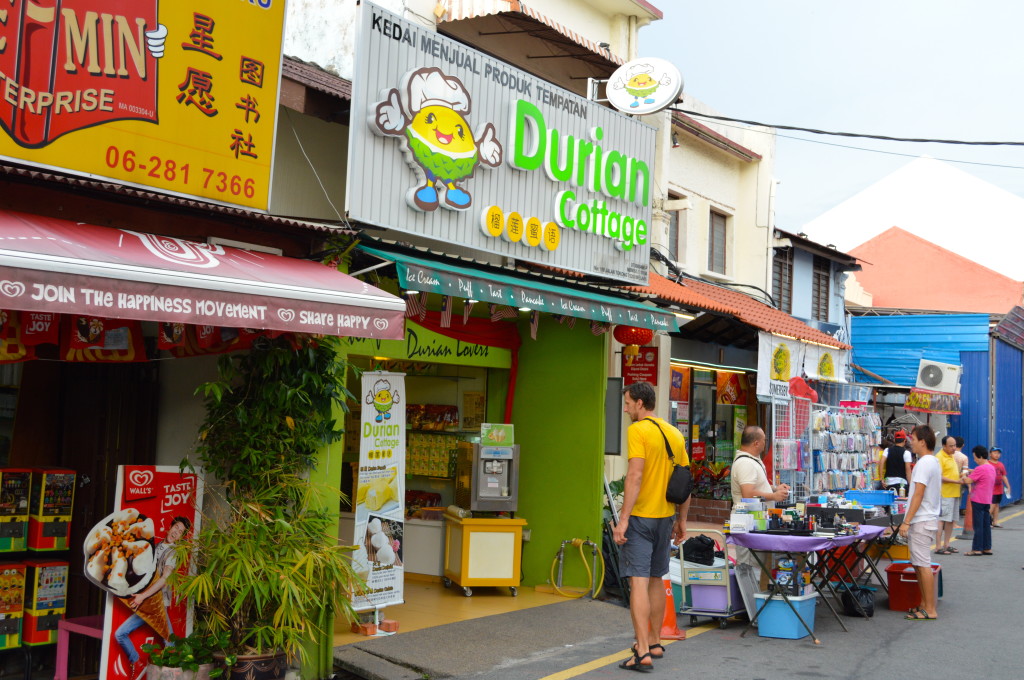 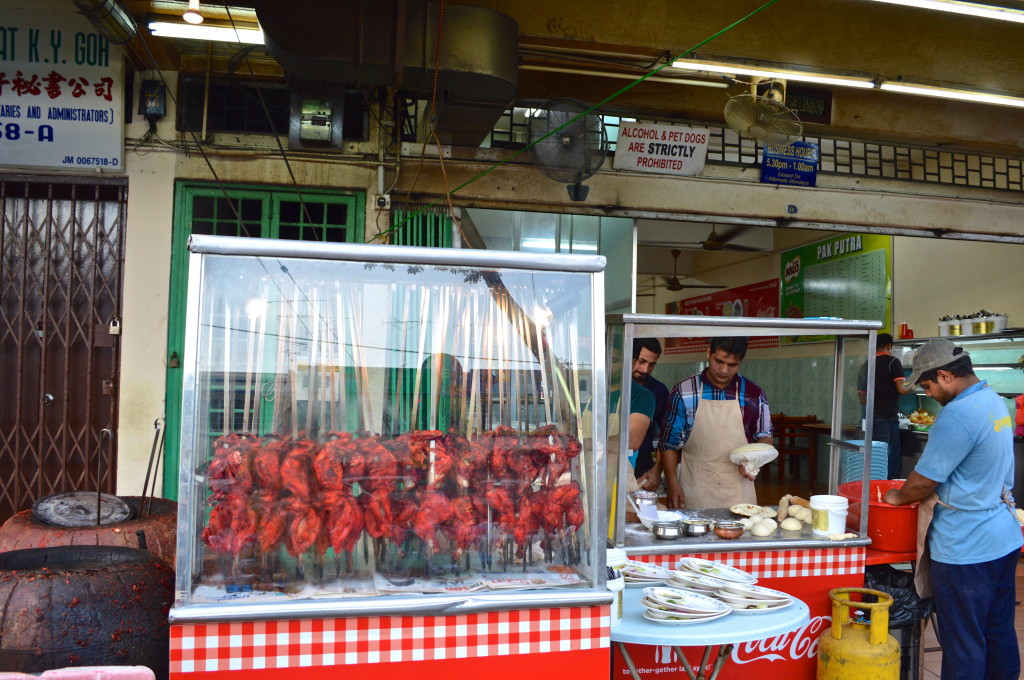 A Pakistani restaurant in Melaka with some excellent tandoori chicken; marinating operation takes place in the barrels on the left (June 2014). 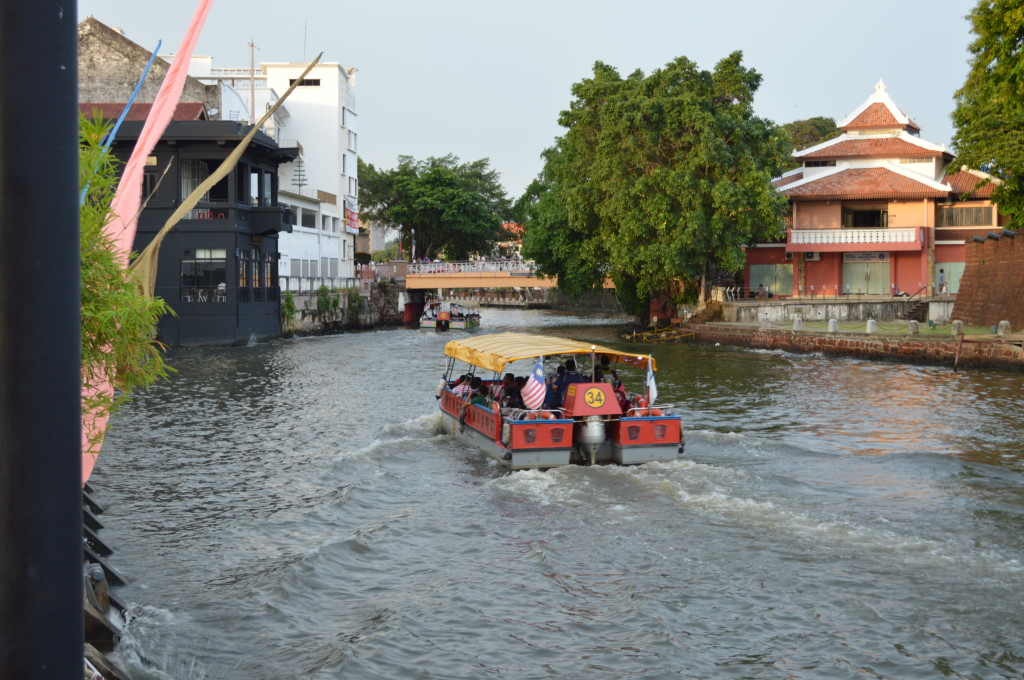 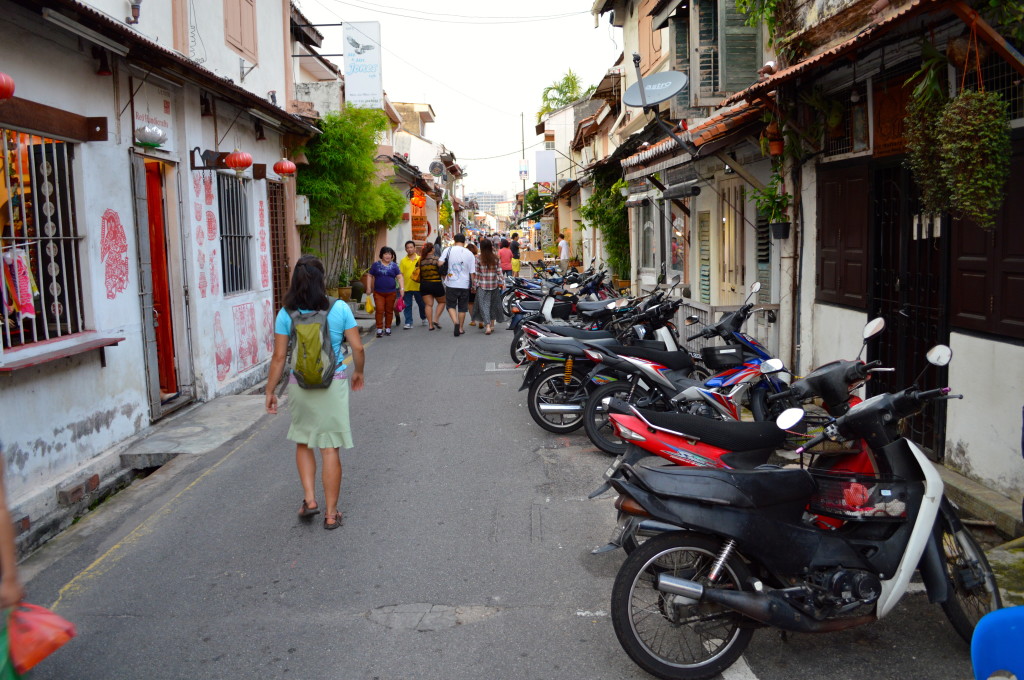 Wandering the streets of Melaka (June 2014). 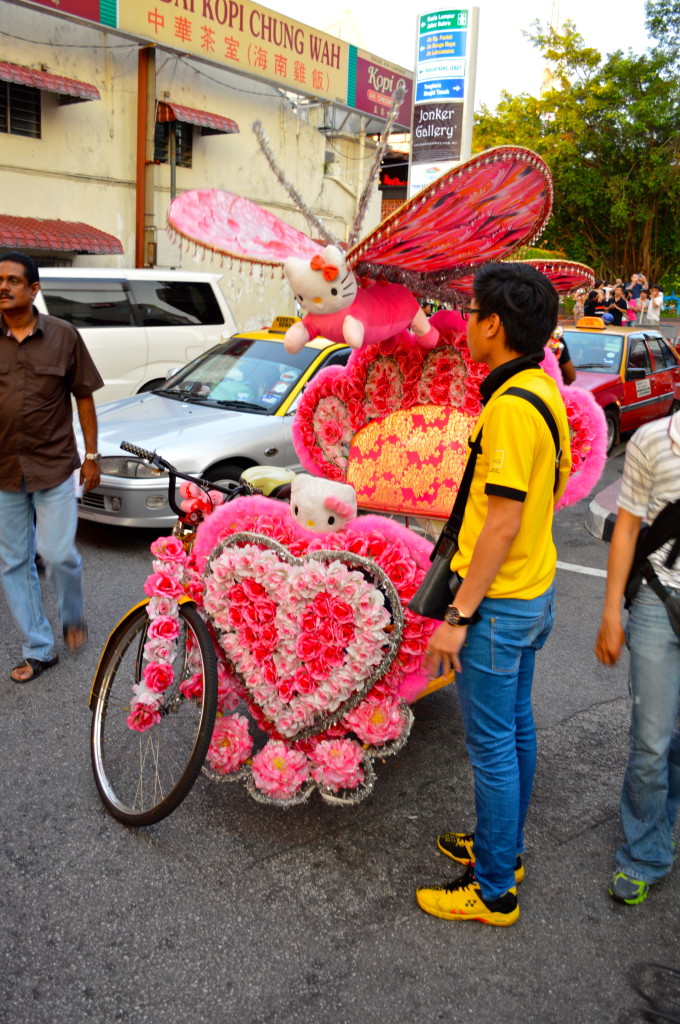 A tricked out trishaw in Melaka – a specialty of the city apparently (June 2014). 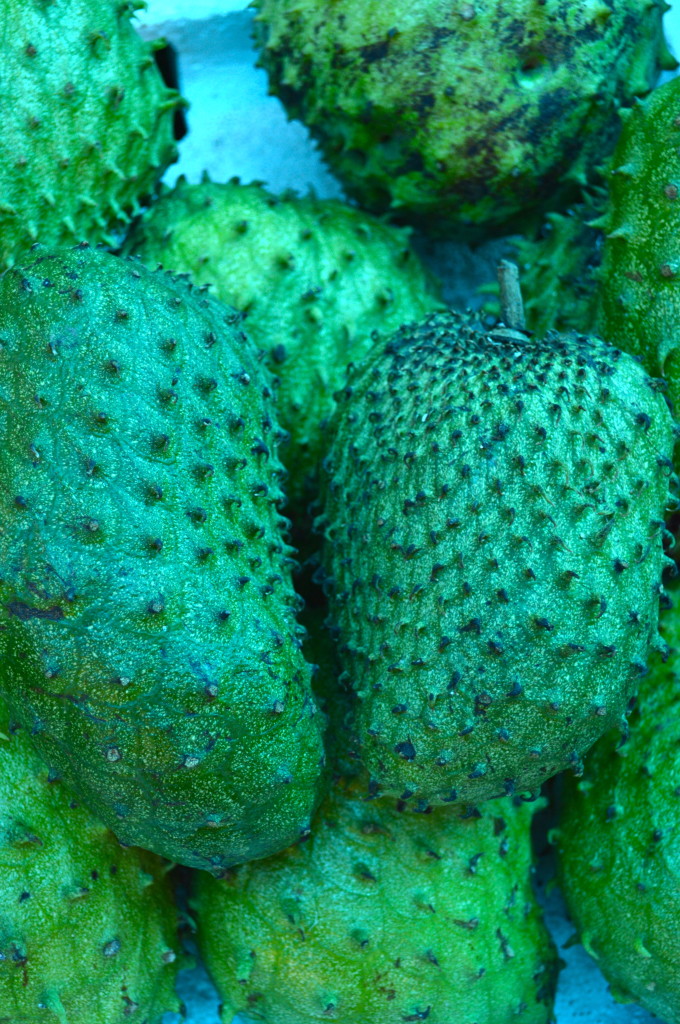 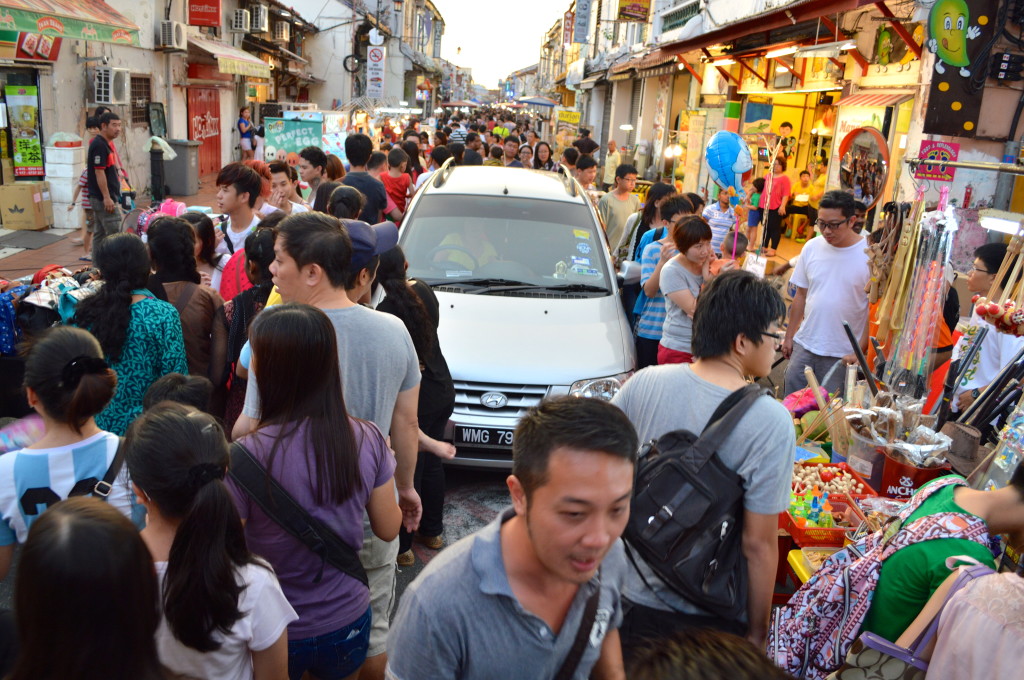 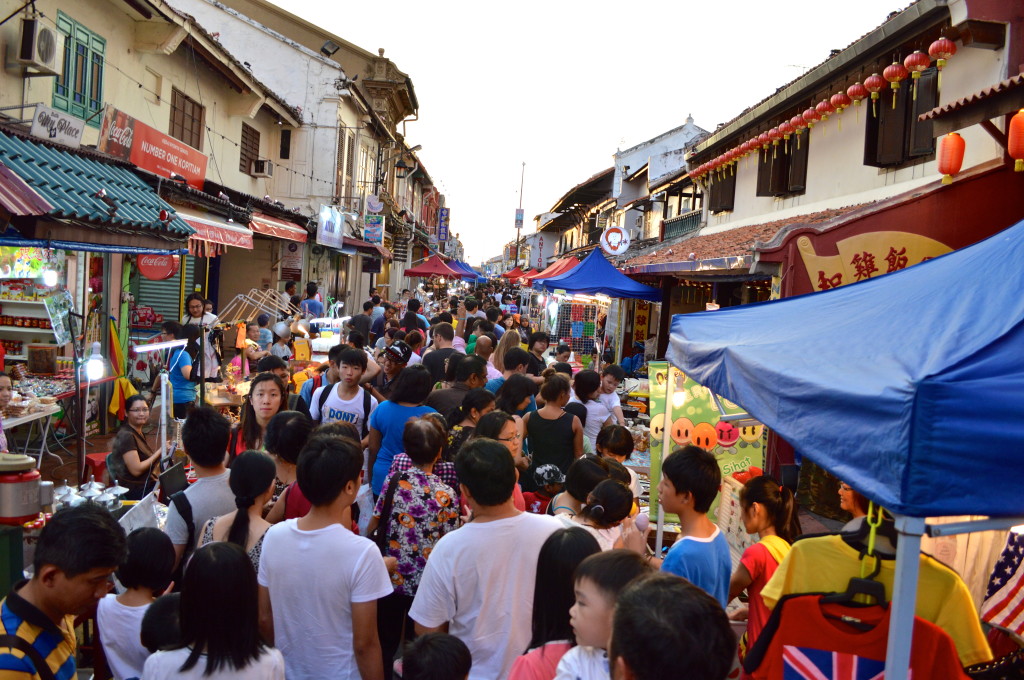 Colorful street fair in Melaka’s Chinatown. Click photo for a street performance with a disproportionate (vs. delivered quality) audience…at least by our metric (June 2014). 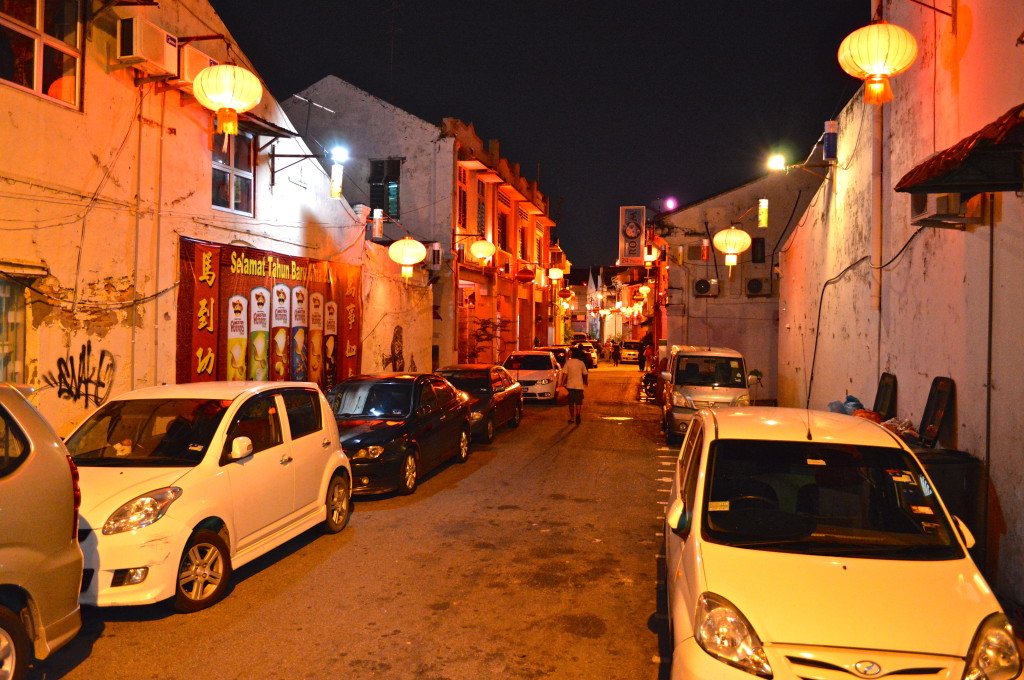 Chinatown by night (from our trishaw ride). 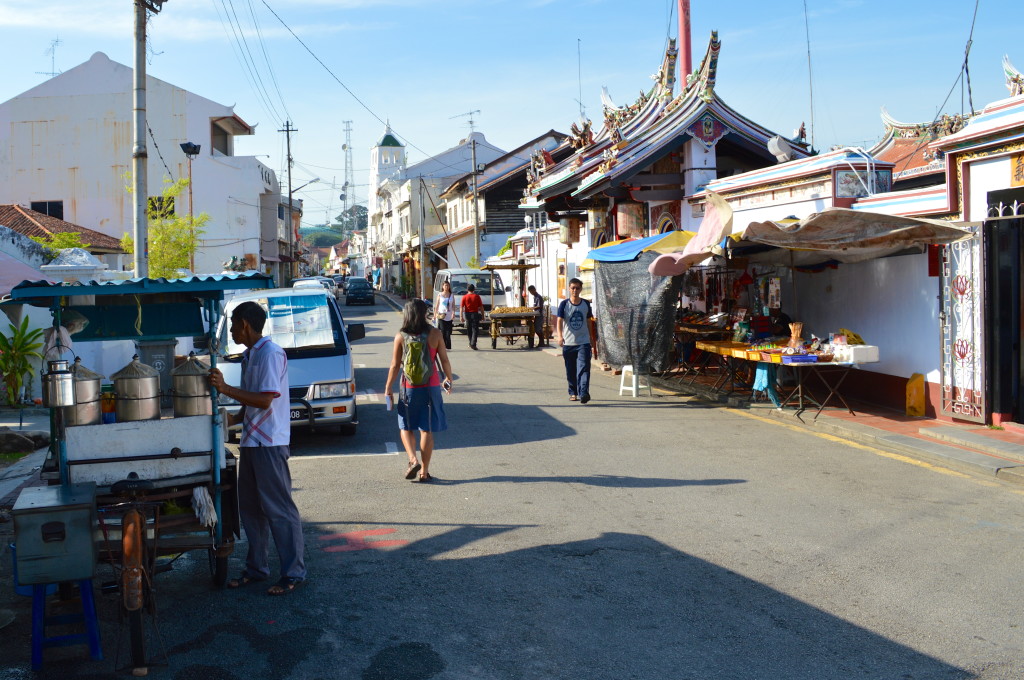 Walking the streets of Chinatown the following morning in search of a recommended dim sum place (we found it and it was WOW!). 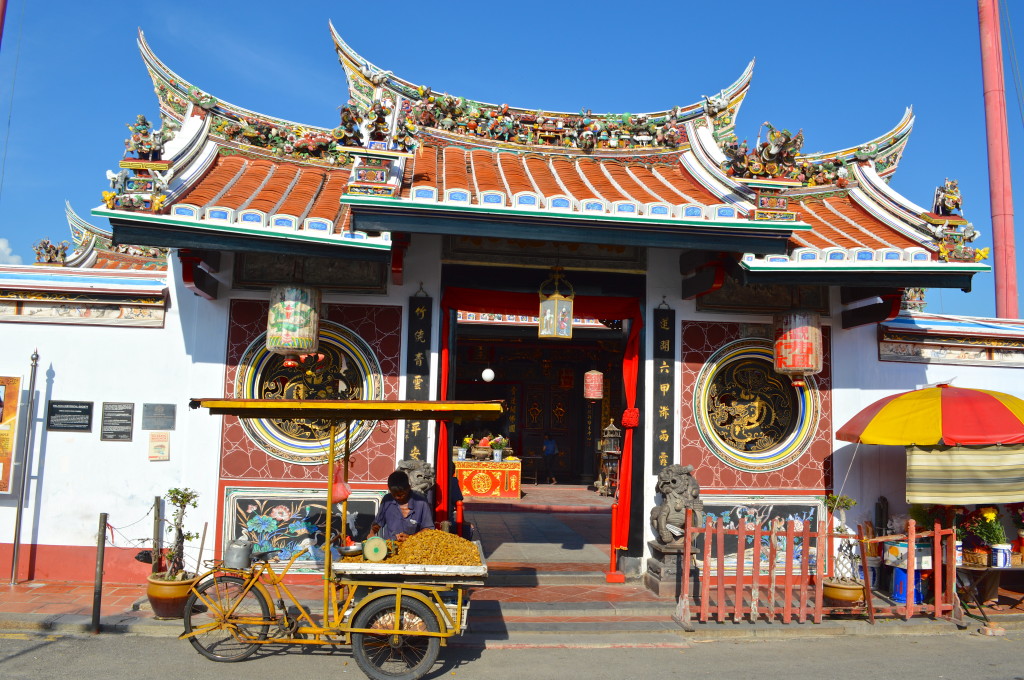 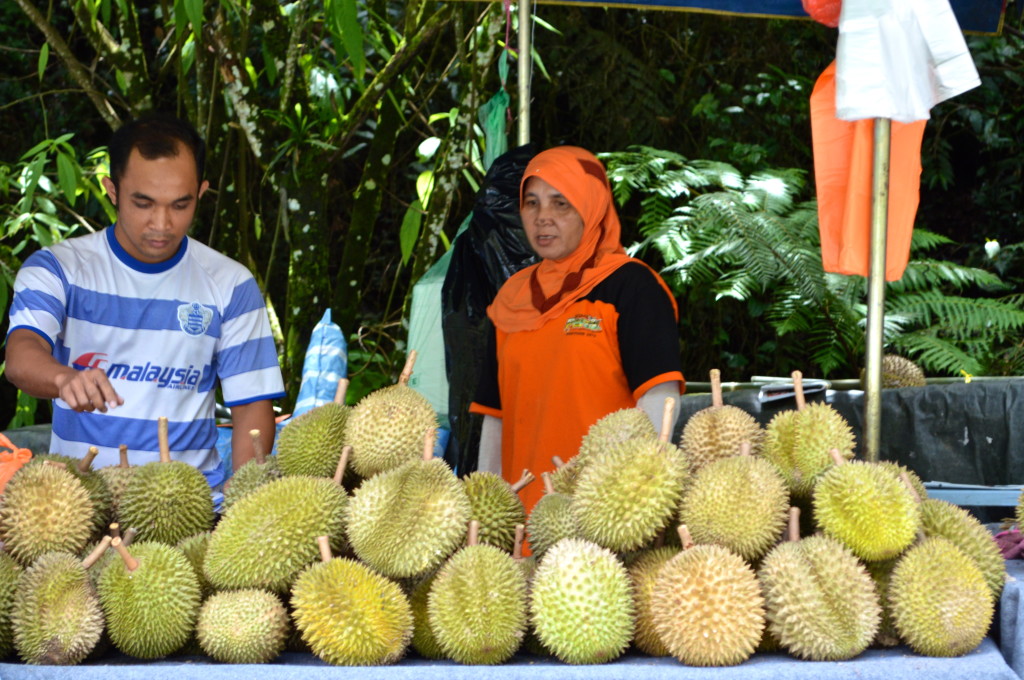 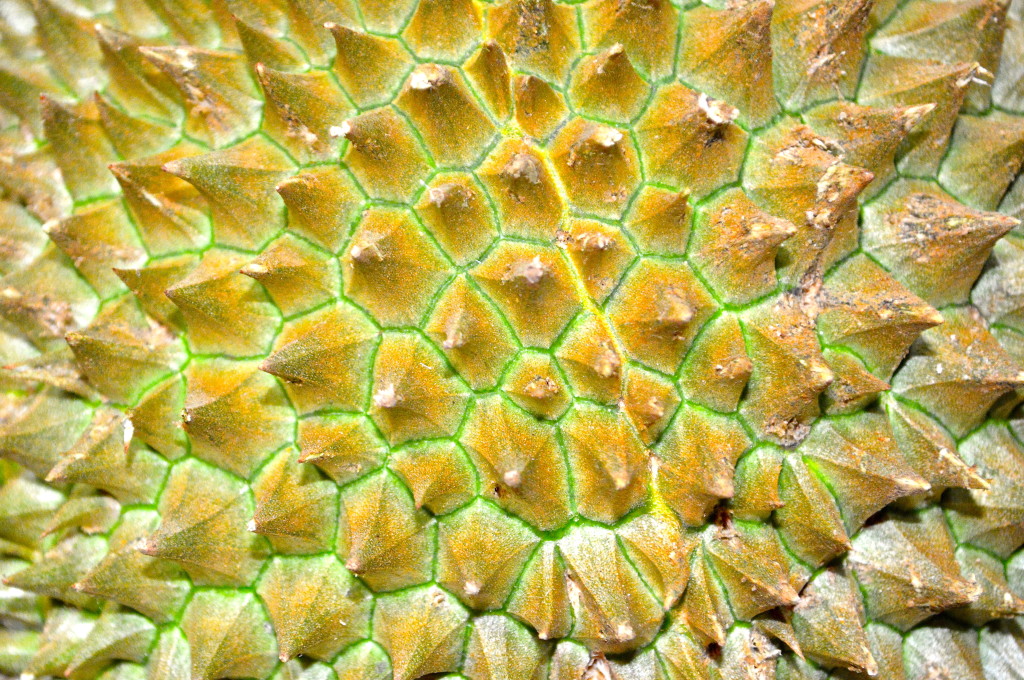 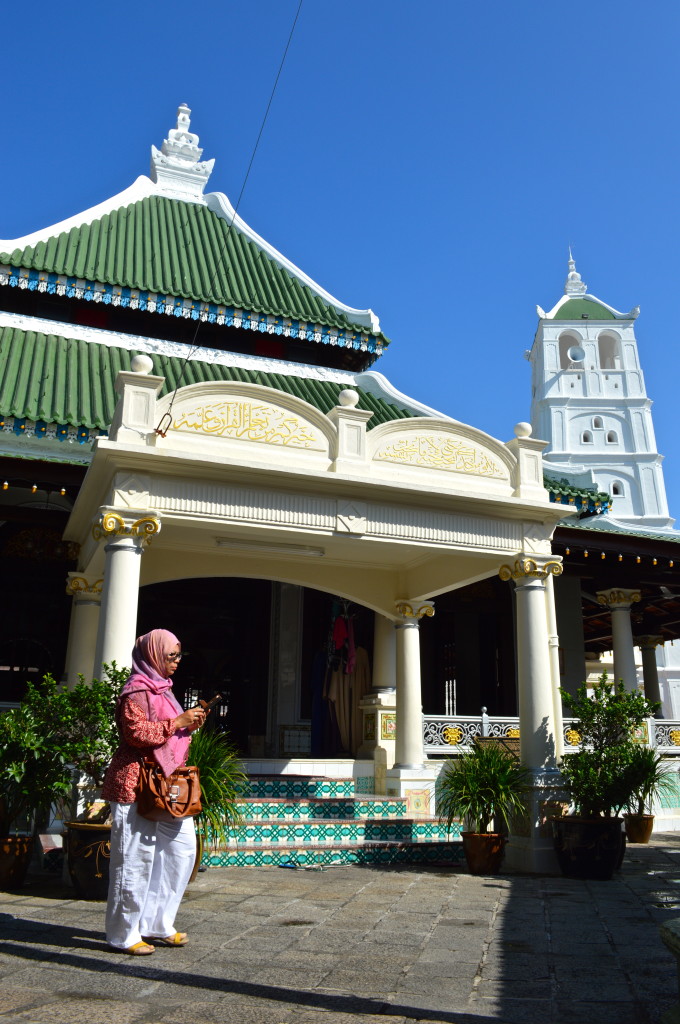 A mosque in Melaka. 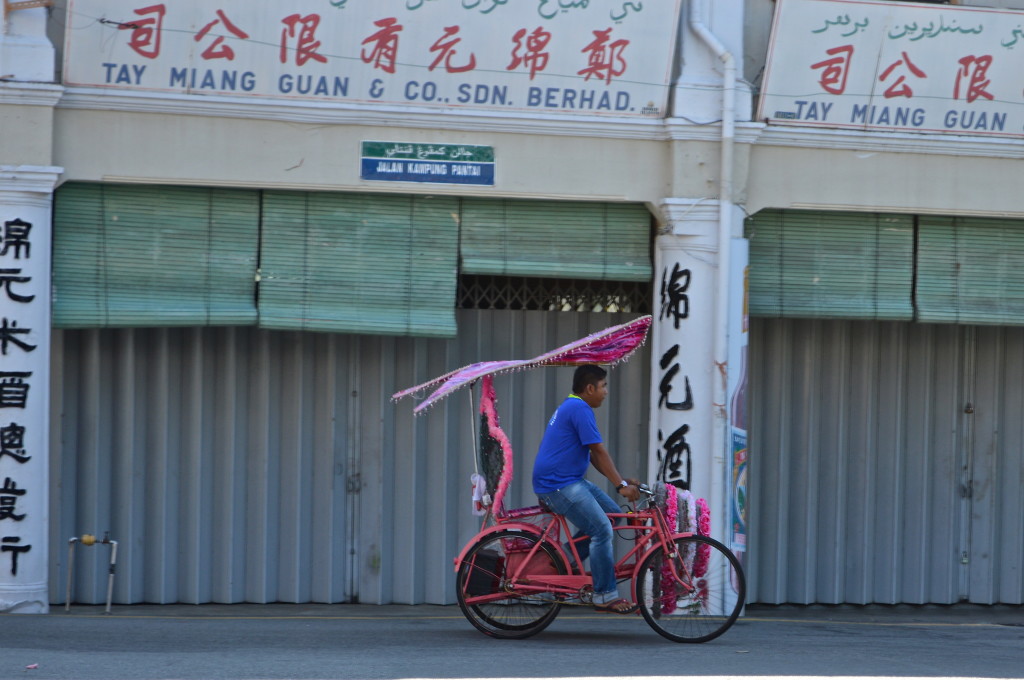 One of the colorful (& loud…see the speakers behind/under the driver?) “trishaws” for which Melaka is apparently famous. 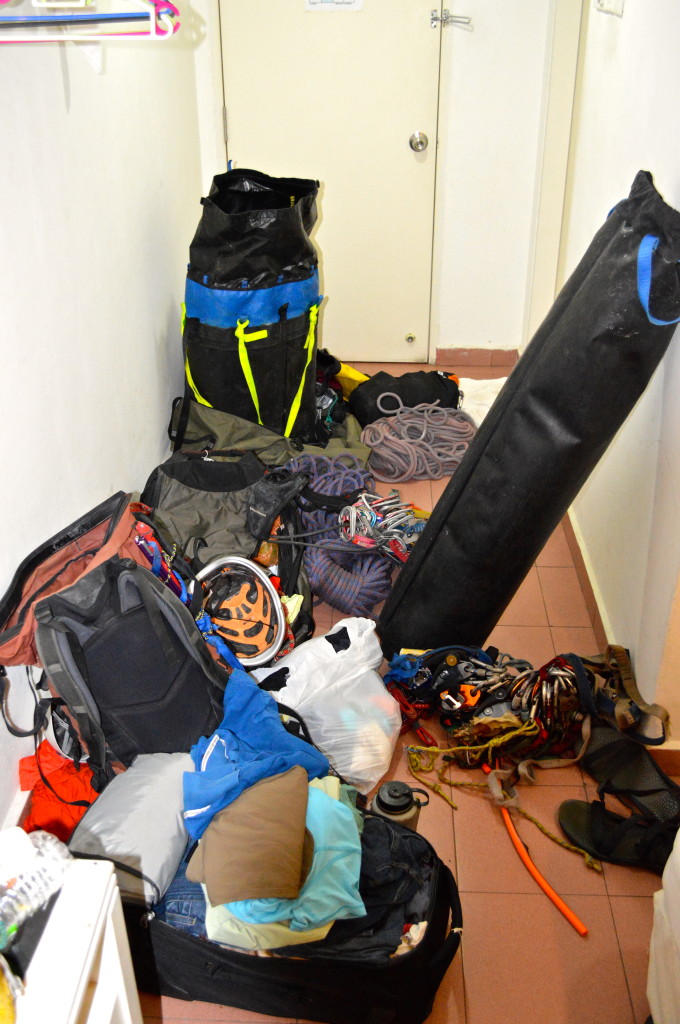 Wondering if we can fit into carry on bags?

Go to Singapore.
Go to Malaysia.