Go back to Frey. 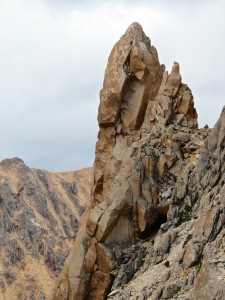 It was early afternoon, the weather was pretty much perfect, and Aguja Frey invitingly close to camp. So we pitched our tent, grabbed gear and were climbing the first pitch of Lost Fingers (3 pitch, 6b) 10 minutes after leaving camp. This turned out to be a great appetizer to Frey climbing! Beautiful cracks in perfect rock and with a trivial (2 single rope raps) descent down Diedro Y Fisura De Jim. Once we got down we got our first look at the Refugio. Small and tightly packed with hikers and climbers but apparently with an endless supply of wine and pizzas (Ref. Cochamo often ran out of food & had no booze). It also had a shared kitchen with a gas stove – a good thing since our MSR bit the dust in Cochamo. We brought enough food with us for about 50% of the meals and we’d mix “home cooking” with Refugio pizzas and later breakfasts. 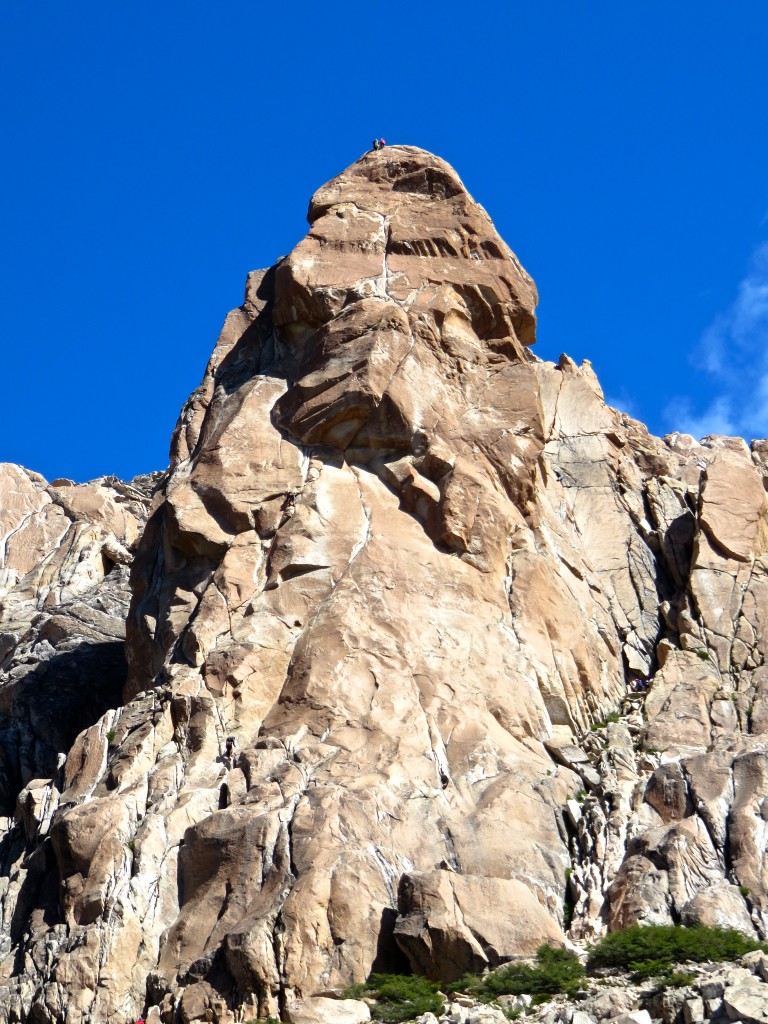 North face of Aguja Frey as seen from the Refugio. There’s a party at the top (Feb. 2015). 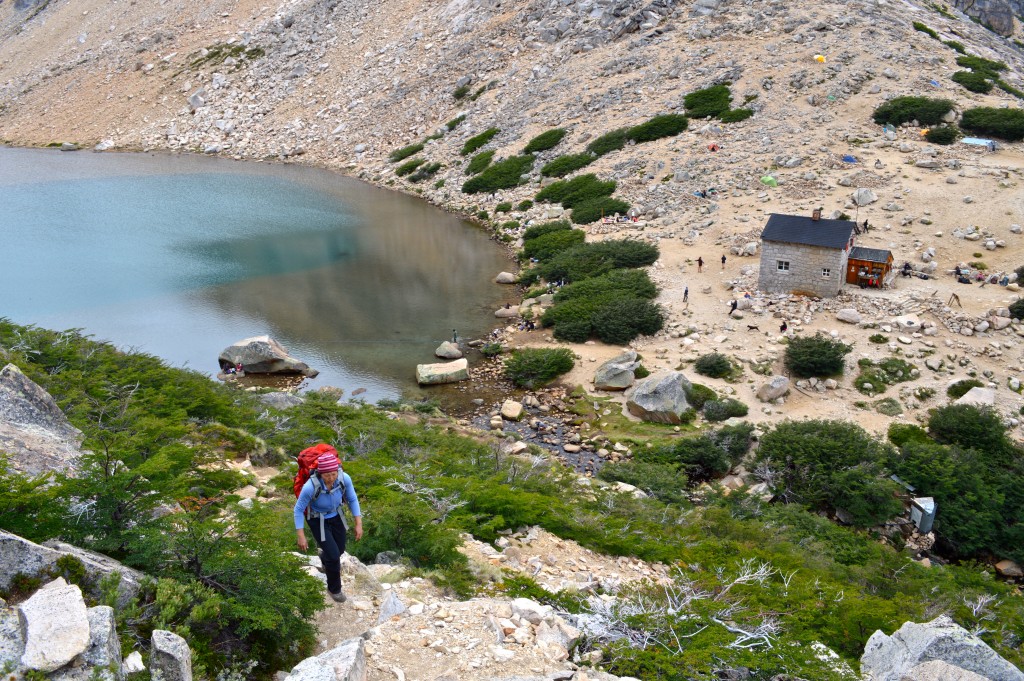 We tossed down our packs, pitched the tent and figured we had plenty of time for a route on Aguja Frey just above the Refugio. 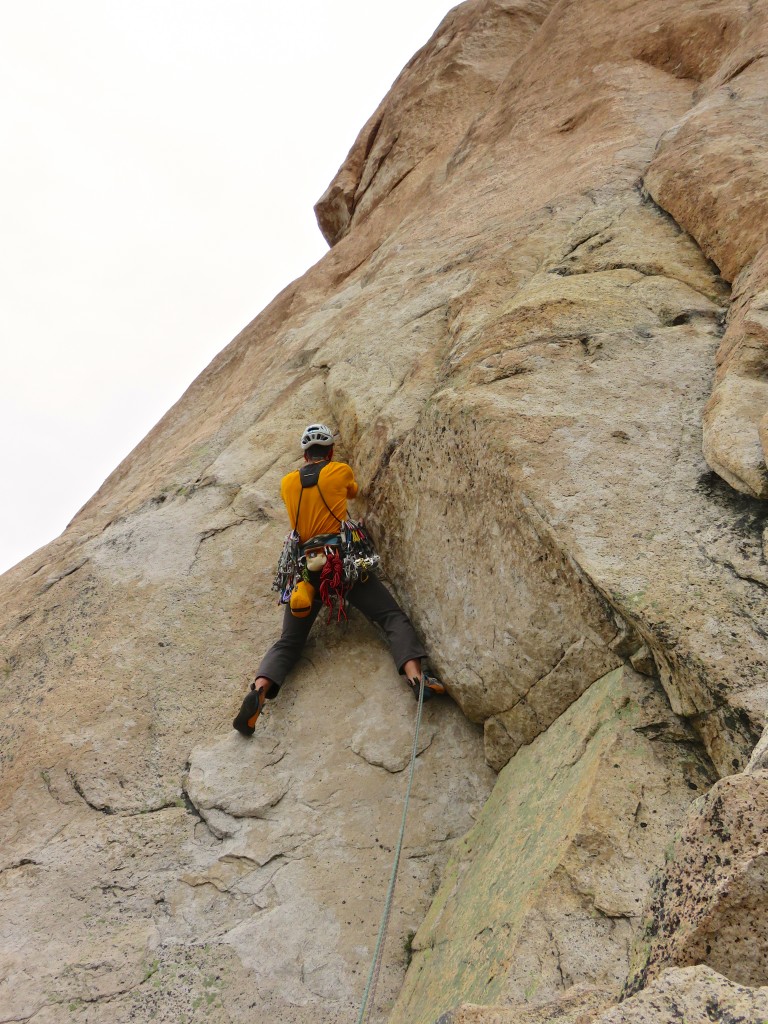 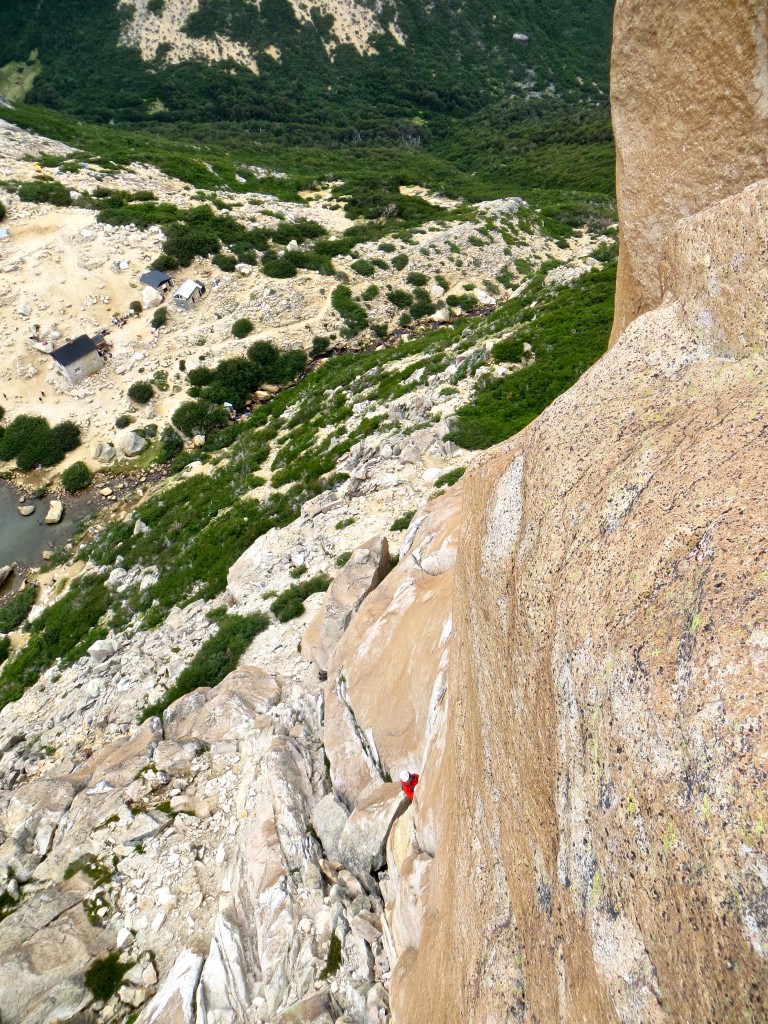 Shirley starting up Lost Fingers – look at that golden-colored granite! 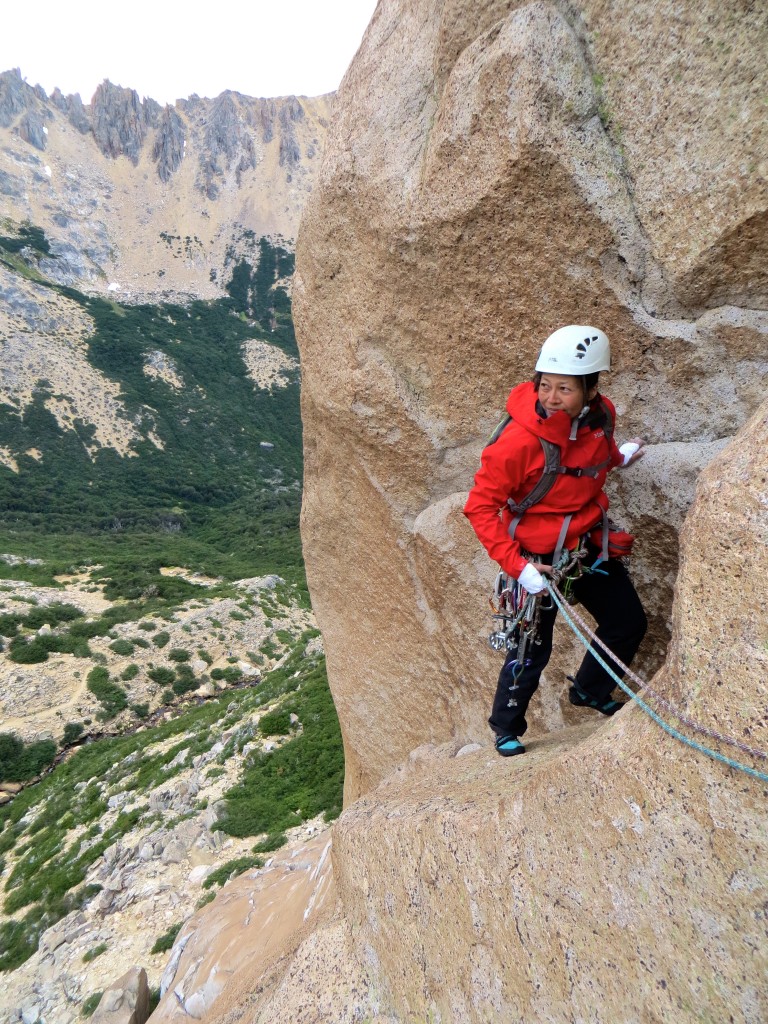 Arriving on pitch 1…and looking at that slight drizzle (Feb. 2015). 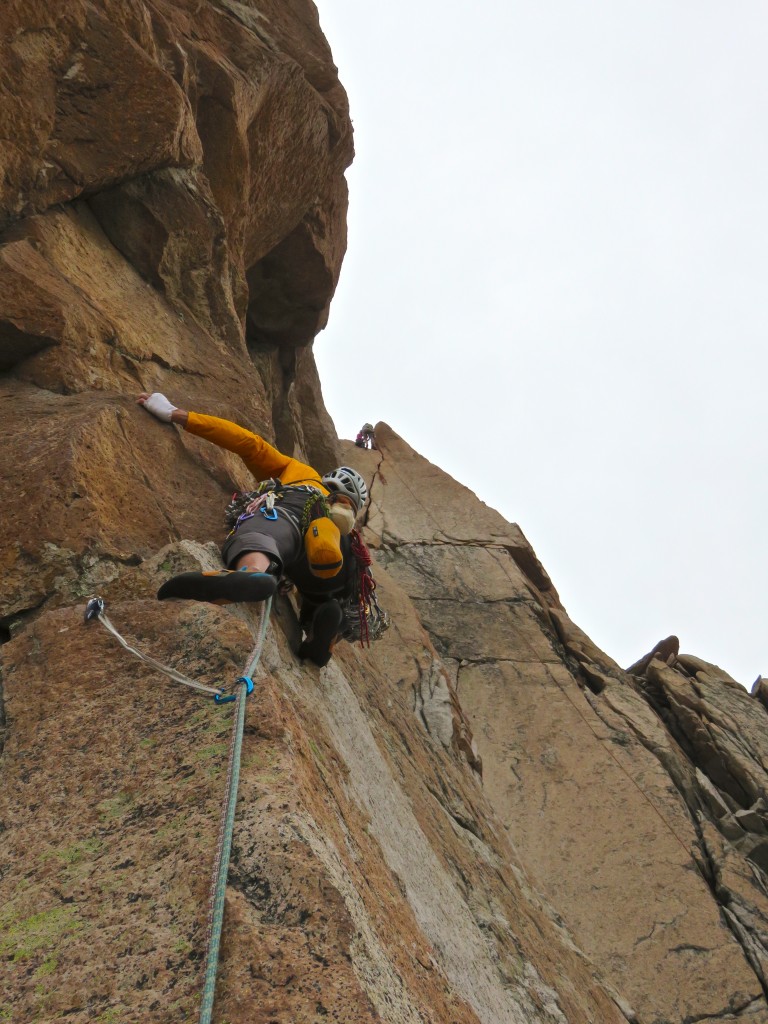 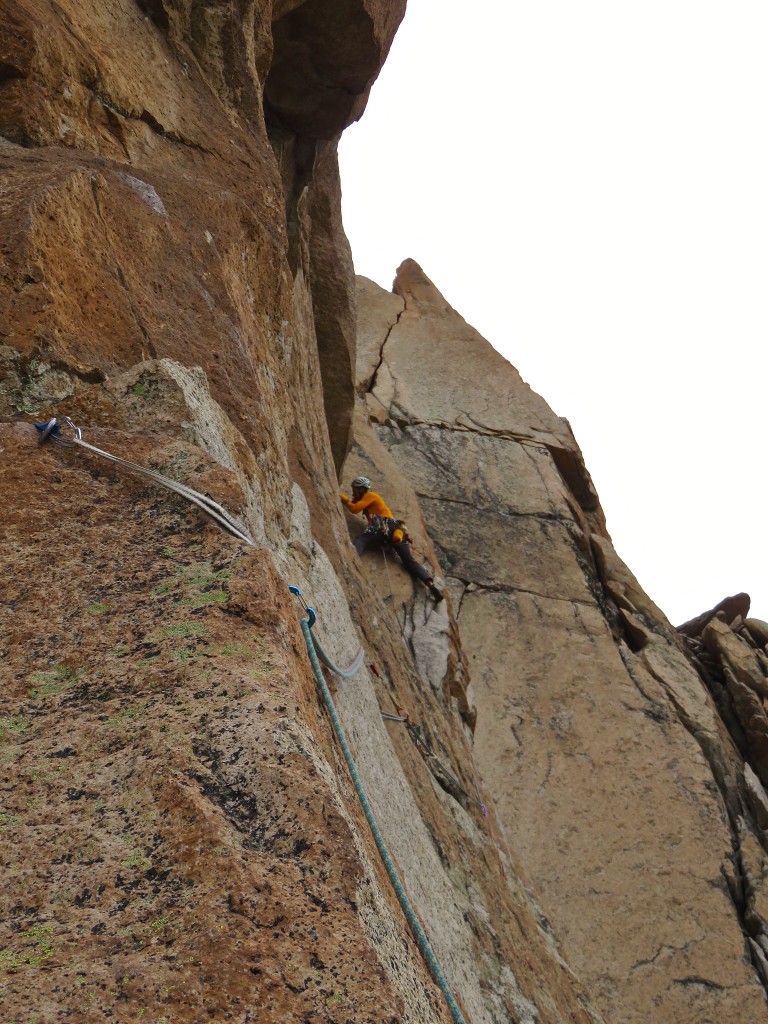 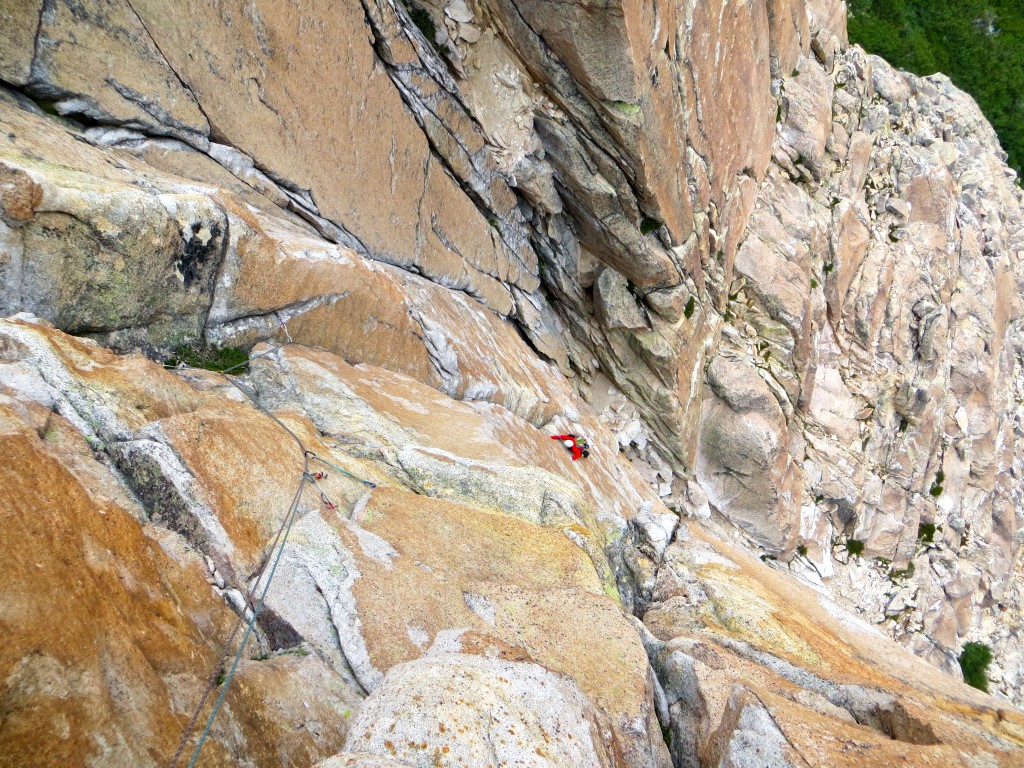 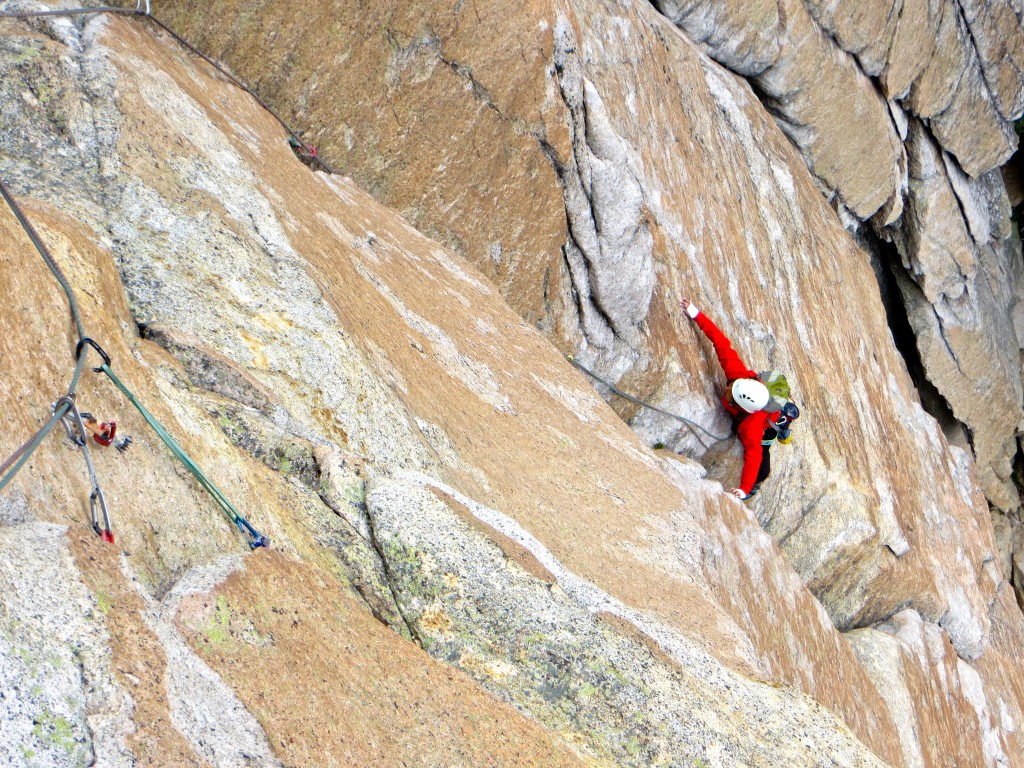 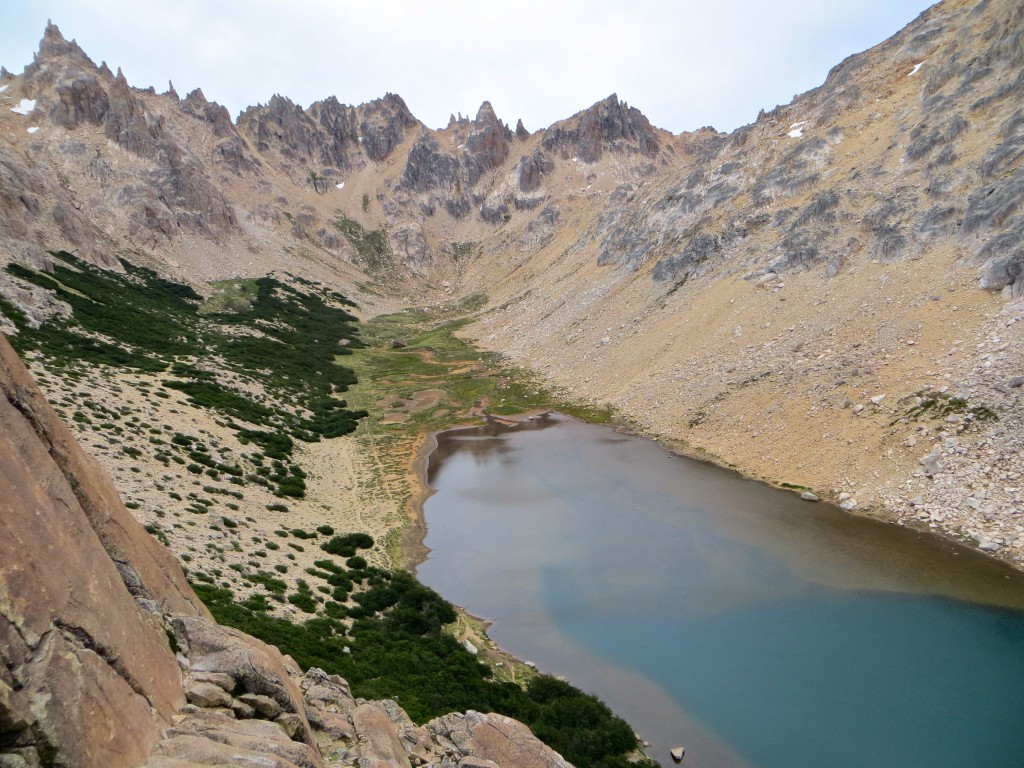 Lago Toncek from near the top of Lost Fingers. Many of Frey’s spires are also visible, including Torre Principal on the left (Feb. 2015). 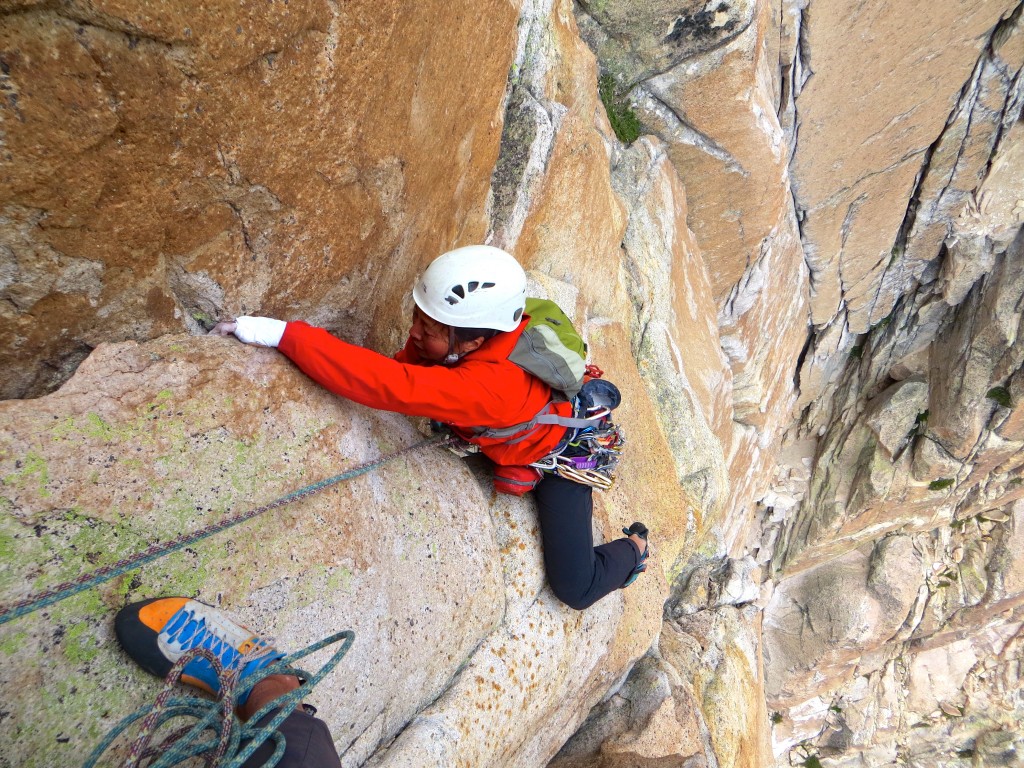 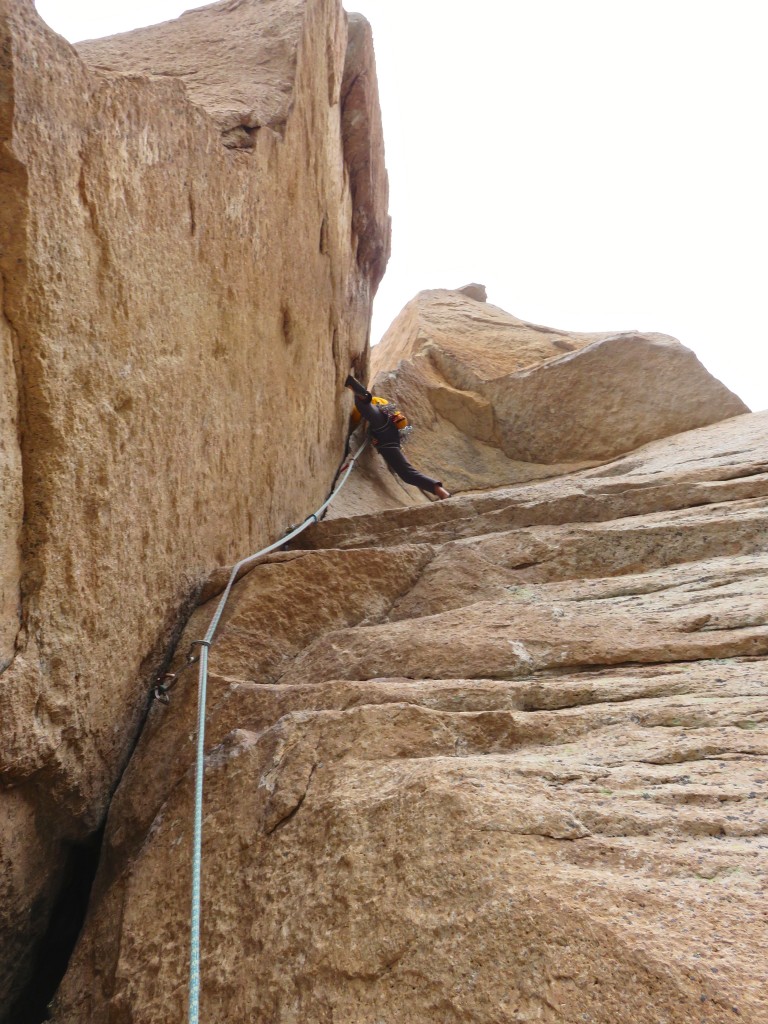 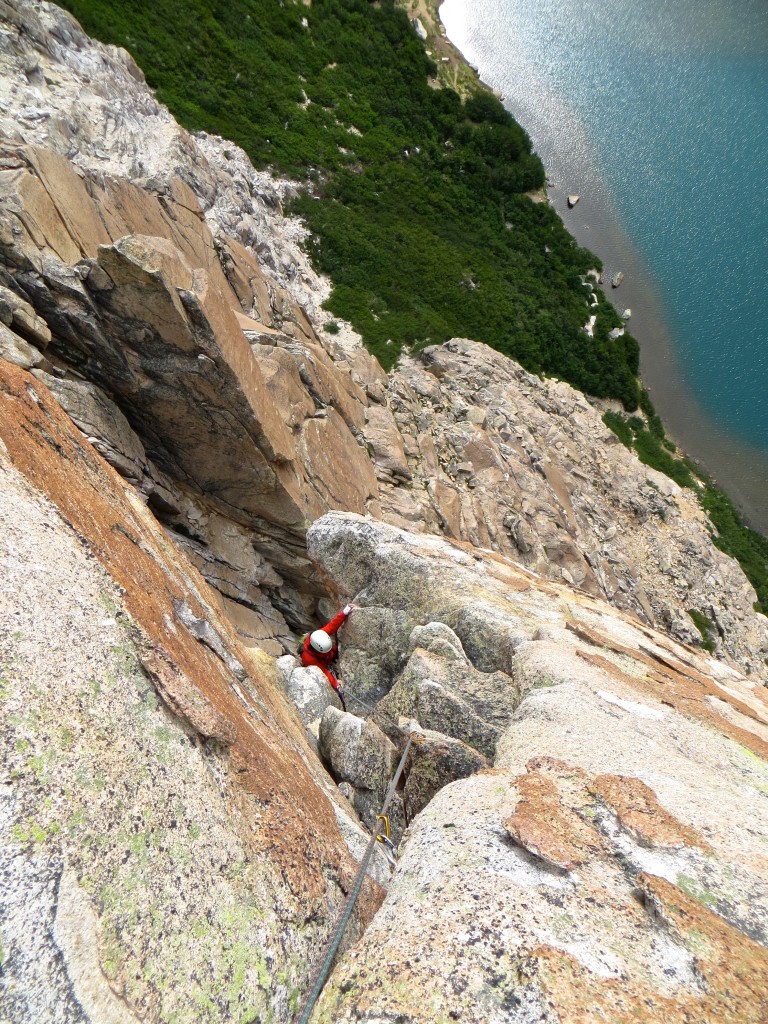 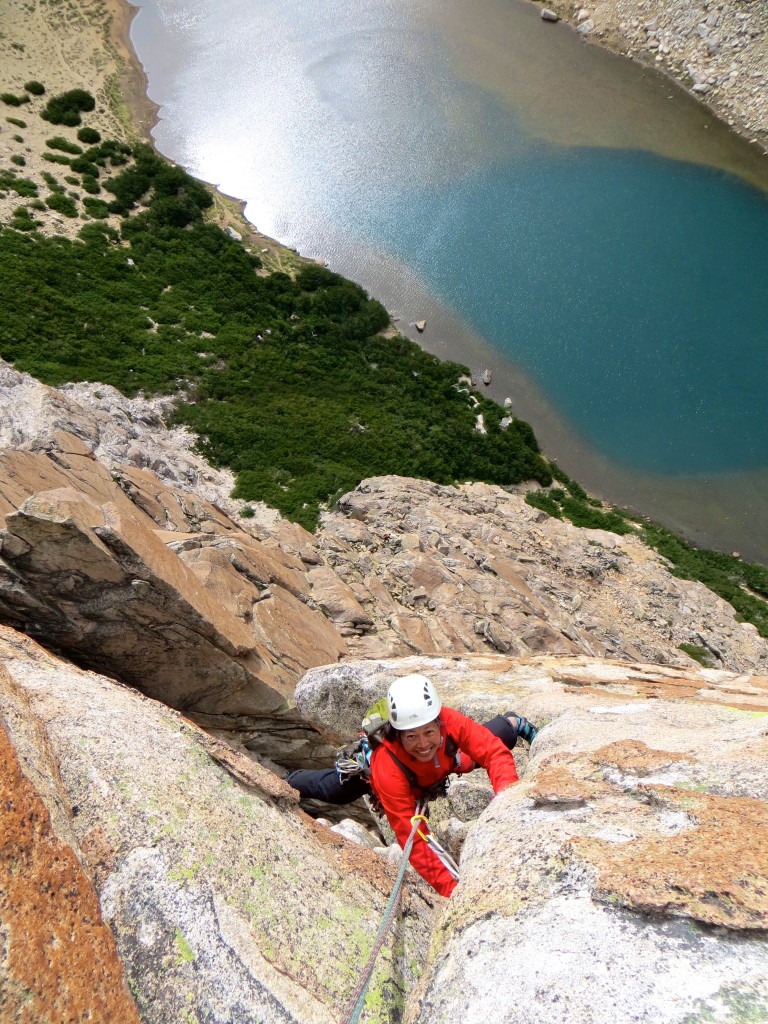 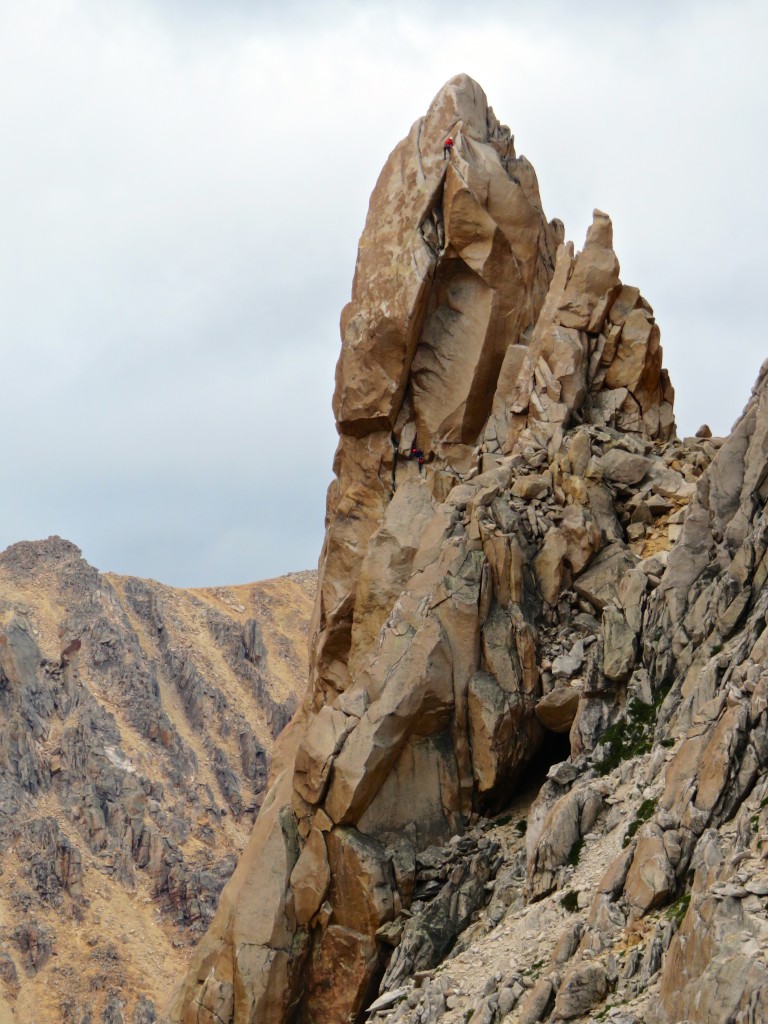 Unknown climbers on the third pitch of Lost Fingers on Aguja Frey (Feb. 2015). 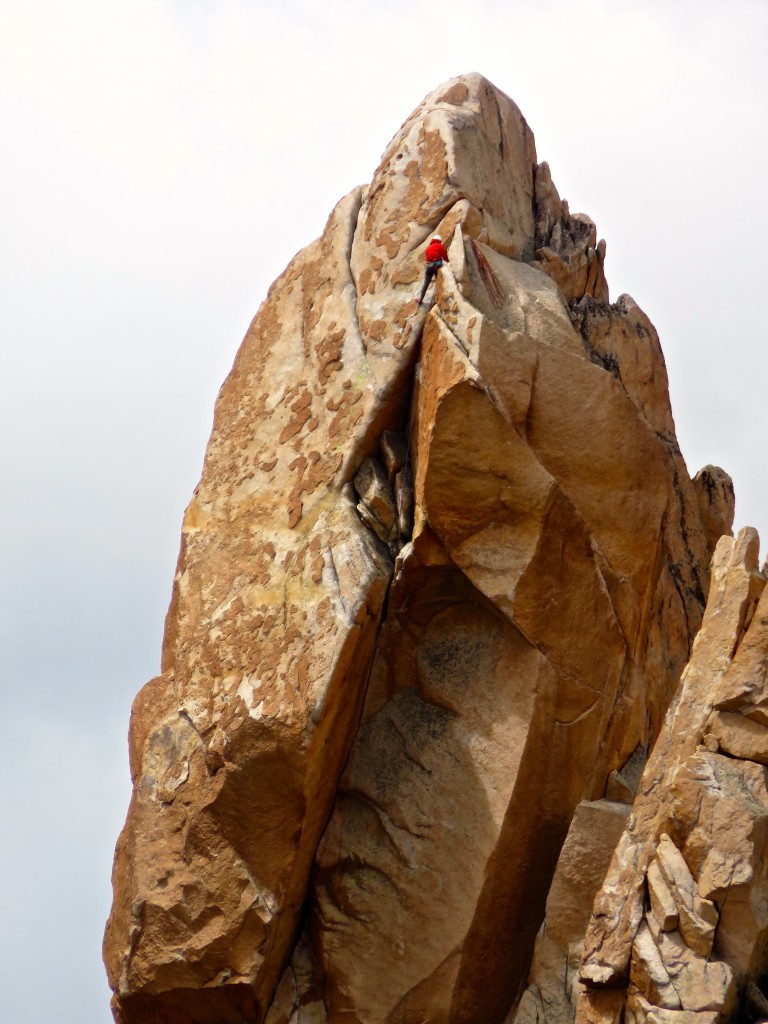 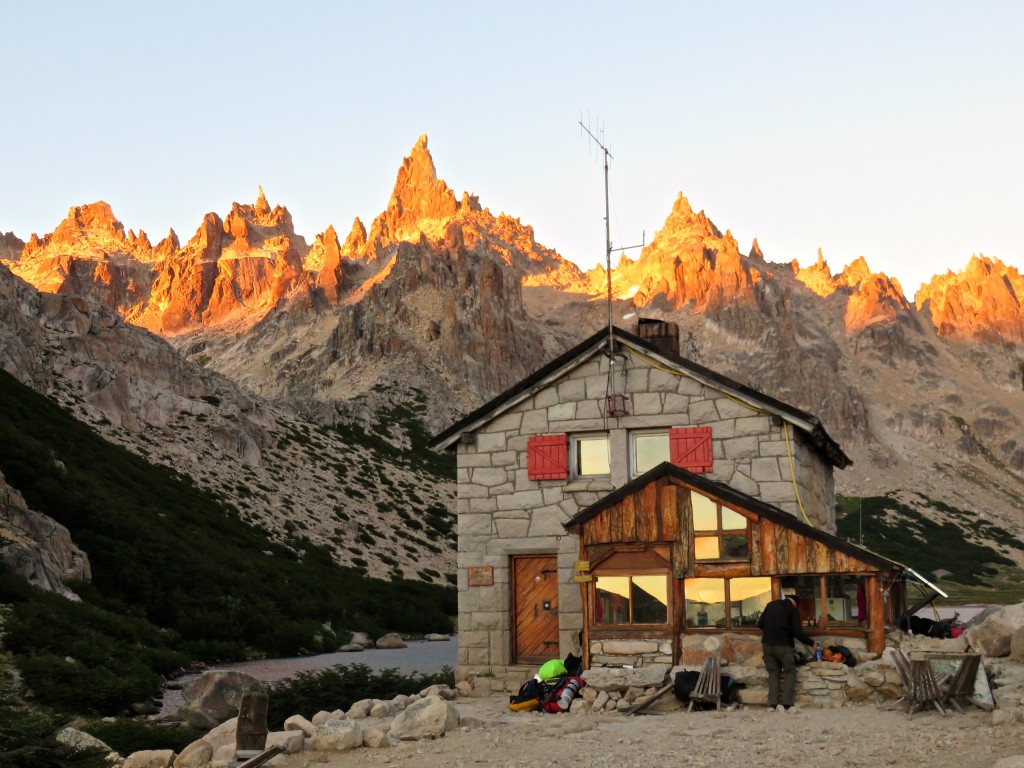 Go to El Abuelo.
Go back to Frey.