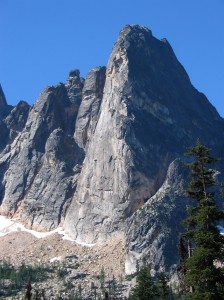 The east face of Liberty Bell, home to the classic Liberty Crack (5.9 C2) and Thin Red Line (among others).

Washington Pass – the place to get a taste of that alpine ambiance at the cost of a cragging approach! Shirley & I have been visiting the area since 2002 when we climbed the Beckey Route on the Liberty Bell. Besides the great climbing to approach ratio, the relatively pointy summits composed of mostly solid granite are the other draw here. We still have quite a few ideas on what we’d like to get done in the area…hopefully some day.

I’ve taken some poetic freedoms here in what was included (Mazama Wall is not exactly at The Pass…neither are the Wine Spires). Related pages (sort of) include the North Cascades and the Alpine Lakes Wilderness. 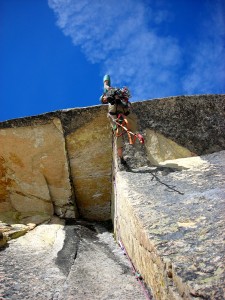 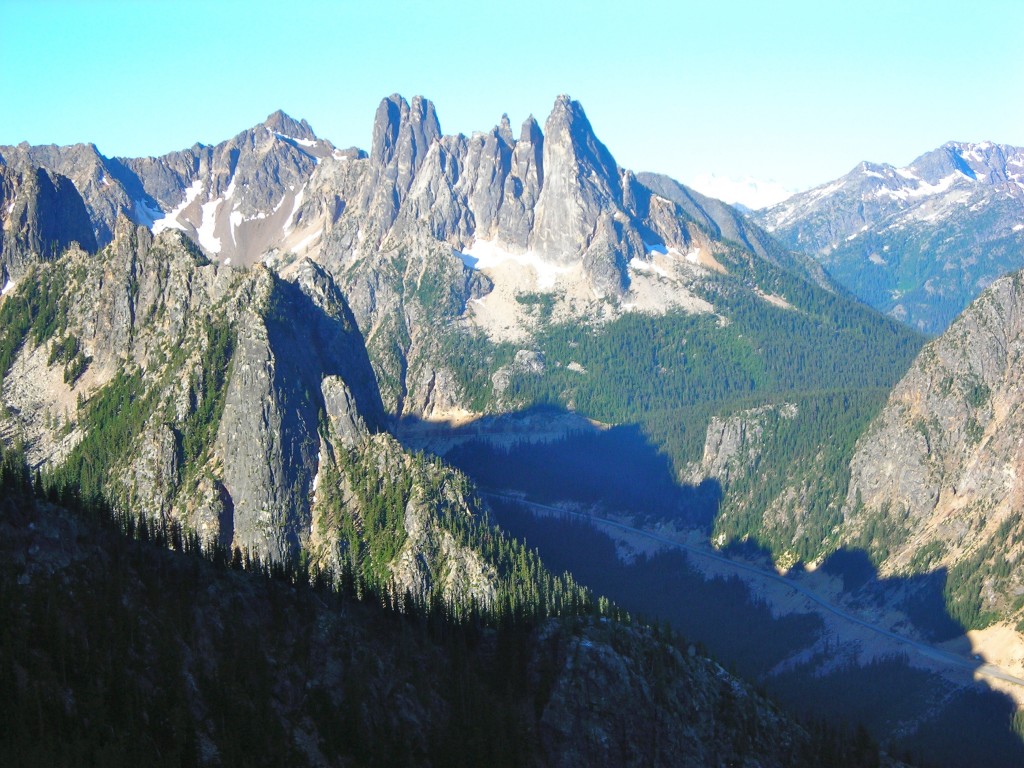 The east faces of the Liberty Bell Group from high on the approach trail to Burgundy Spire (Jul. 2006). 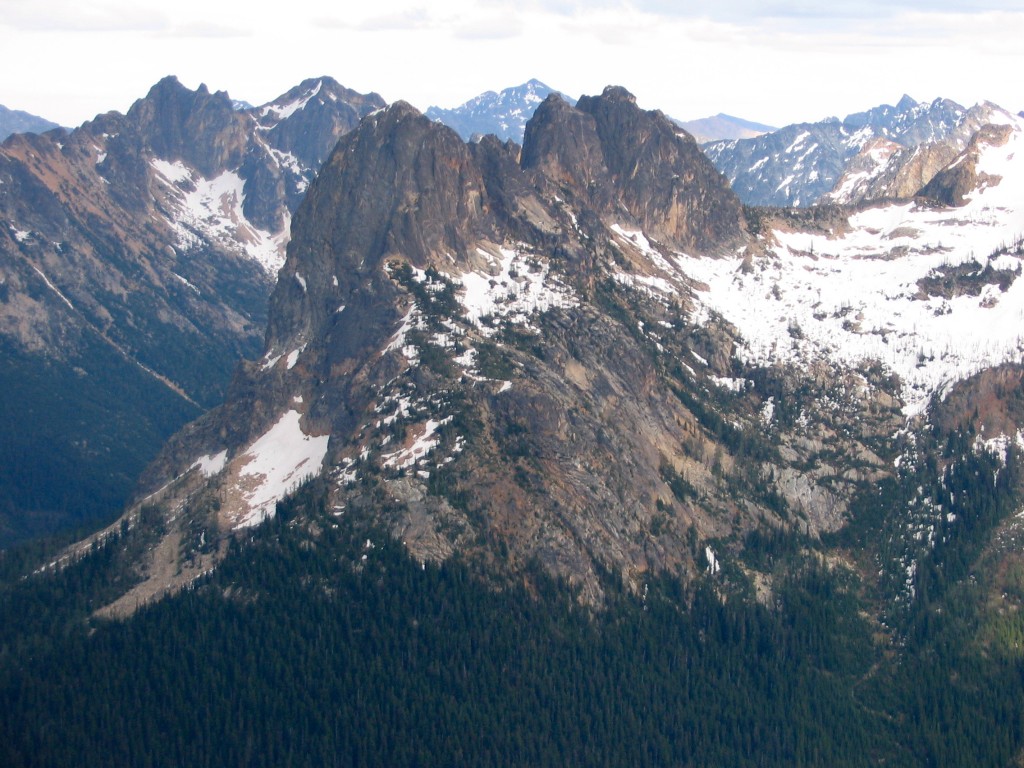 West(ish) faces of the Liberty Bell Group Spires. Liberty Bell and the (N. and S.) Early Winter Spires as seen from the descent from Cutthroat Peak (June 2005). 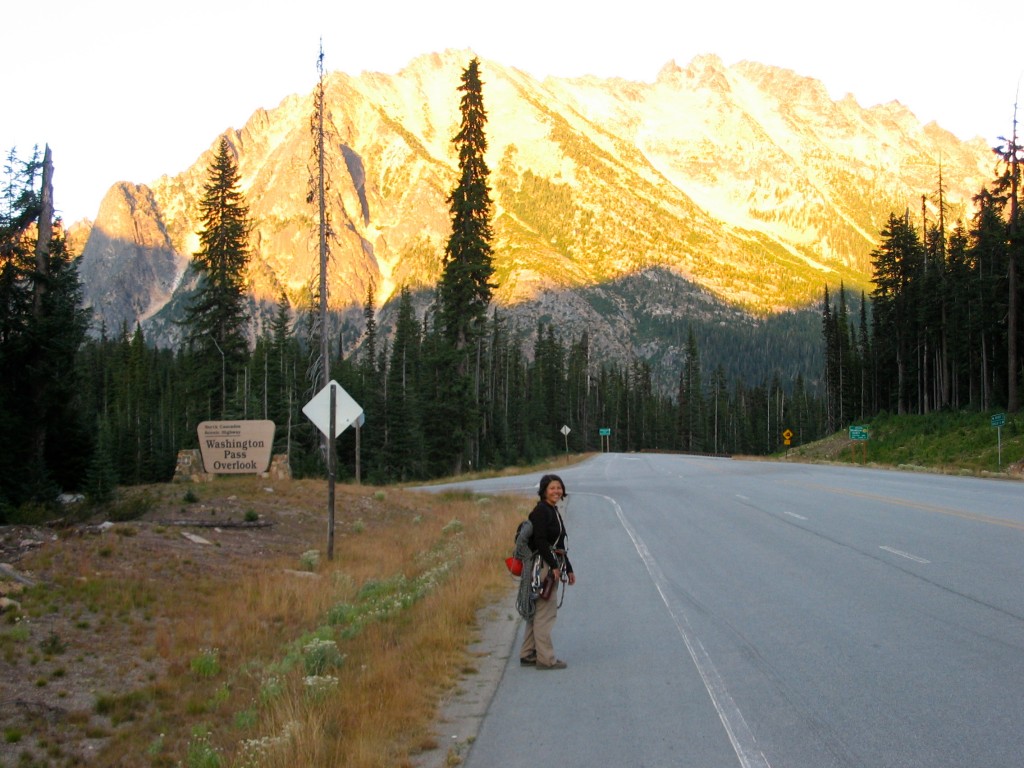 Shirley hiking back to the car after our climb of Lexington's East Face route (Aug. 2005).