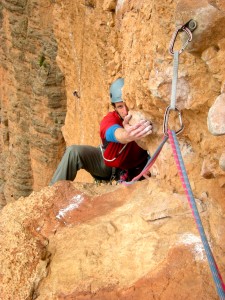 Mantling onto the huge conglomerate boulder atop pitch 5 of Moskitos.

Proceeding down the list of our planned climbs, we set out next morning to climb the Moskitos route on the amazingly steep face of Visera (The Hood). The huge face (think 8 pitch long routes here) has a parabolic profile: it starts out being less than vertical and ends up severely overhanging near its top. A couple of classic routes penetrate the overhanging upper reaches whereas Moskitos avoids the steepest bit by a rightward “escape”. We climbed Moskitos once again swapping leads. High fun, low stress sort of climbing. The highlight of the route was the rightward traverse followed by a mantle onto a huge cobblestone (VW Bug sized) sticking out of Visera’s face! As the proper sixth pitch (6b crux) was running with water, we opted for the short rap from the belay cobble and traversing escape pitch that put us on scrambling ground. A beautiful sunny day that made us think the weather had worked itself out. Not the case as it turned out… 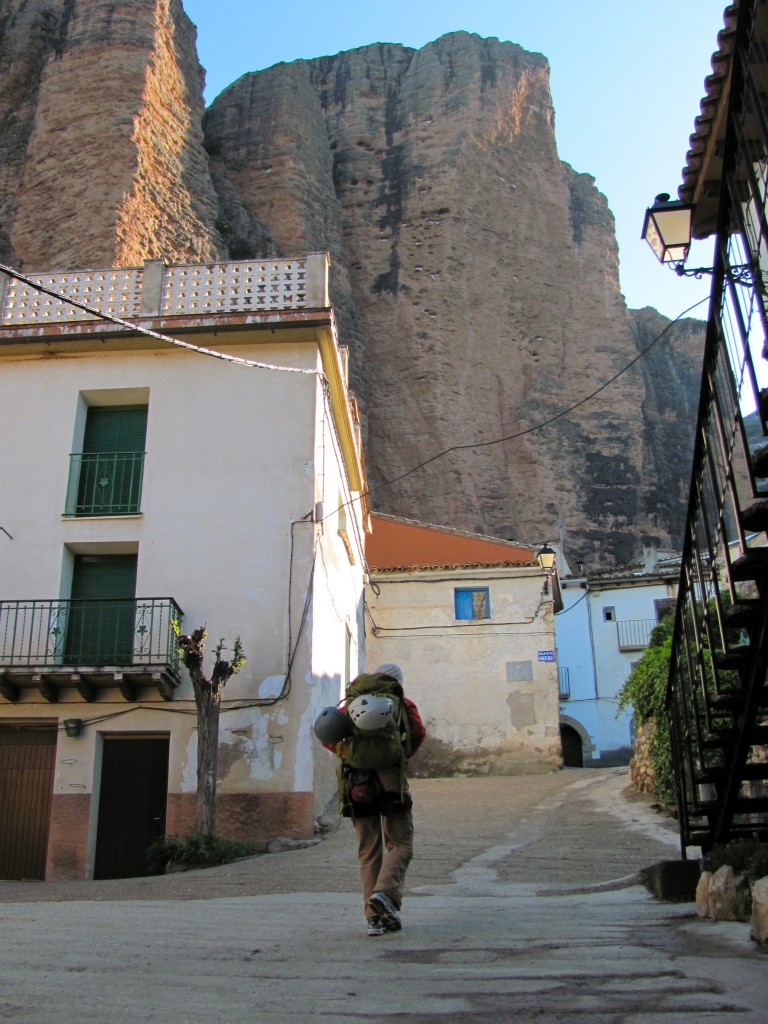 Shirley hiking through Riglos on the way to Visera (background; May 2010). 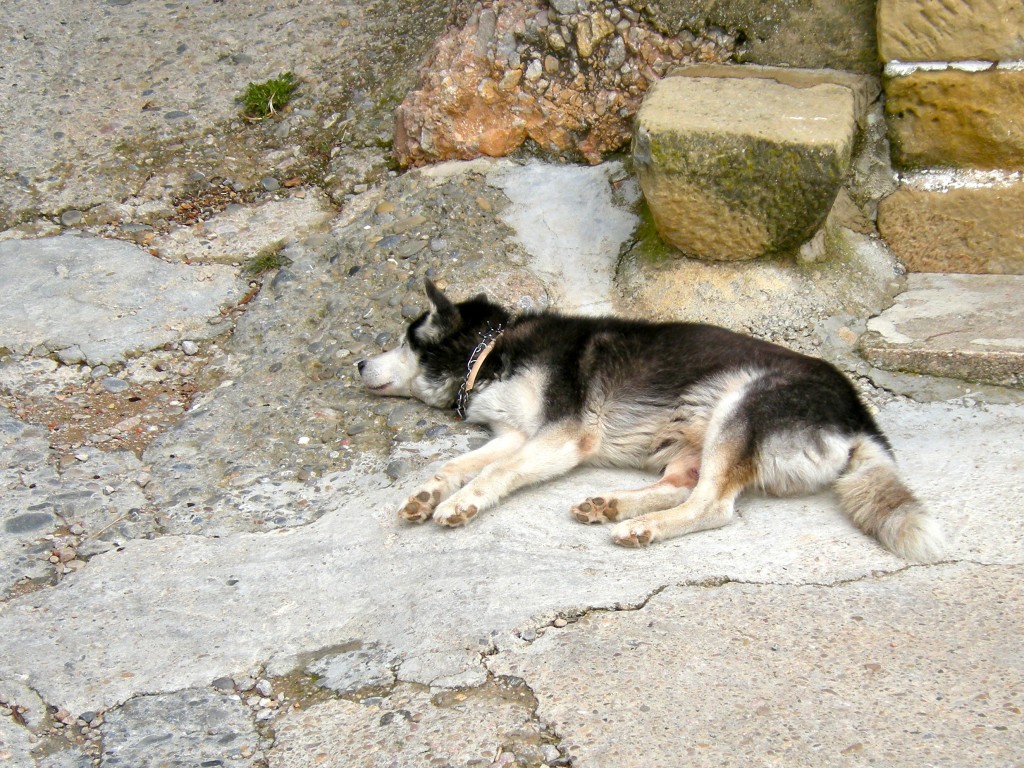 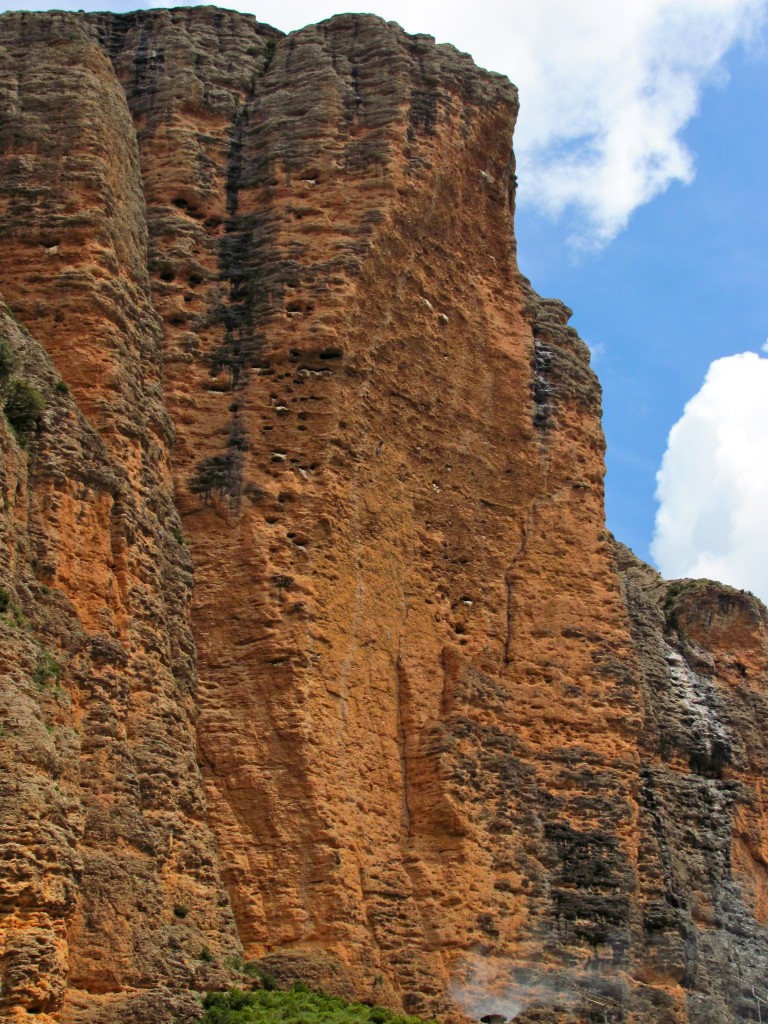 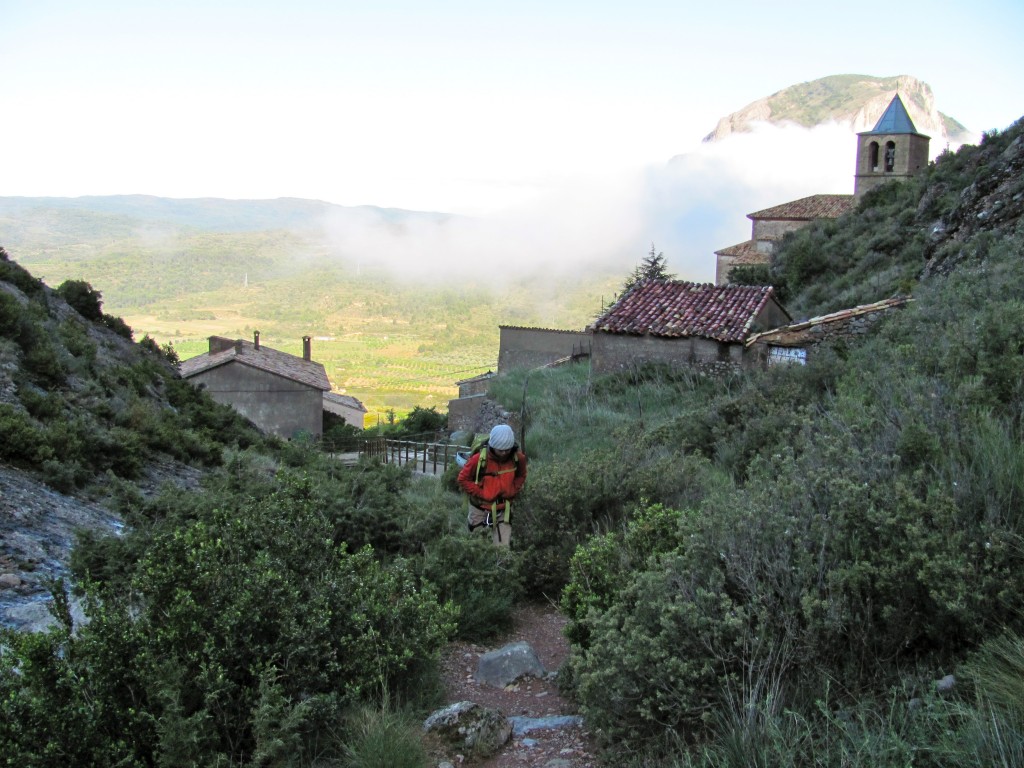 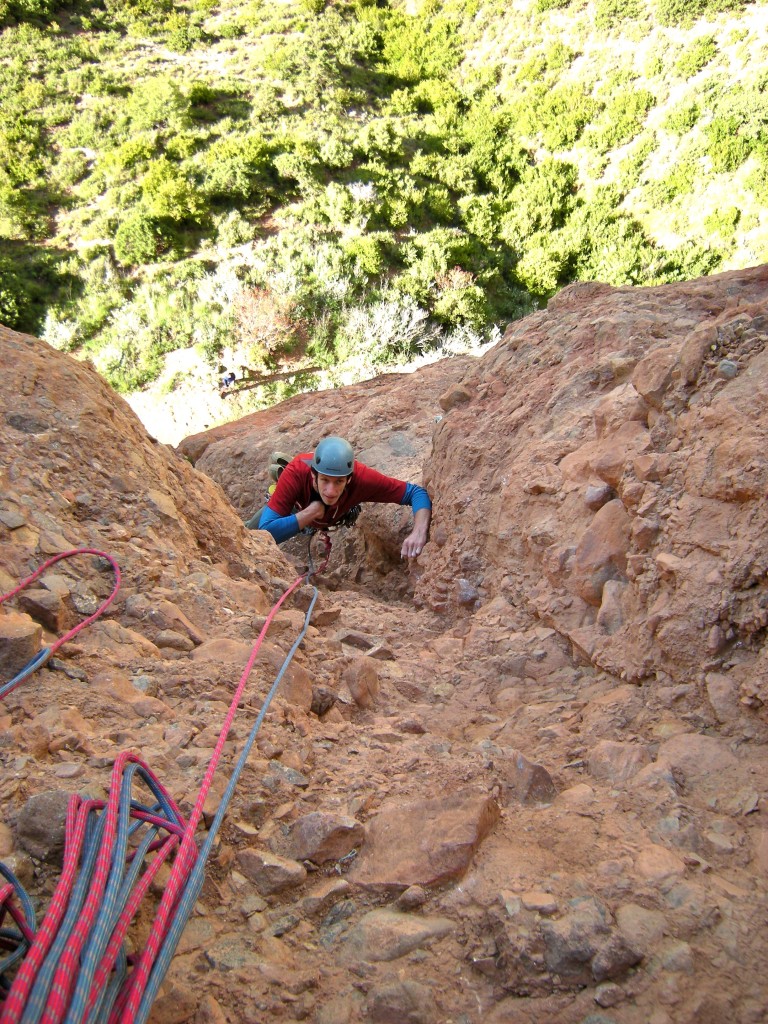 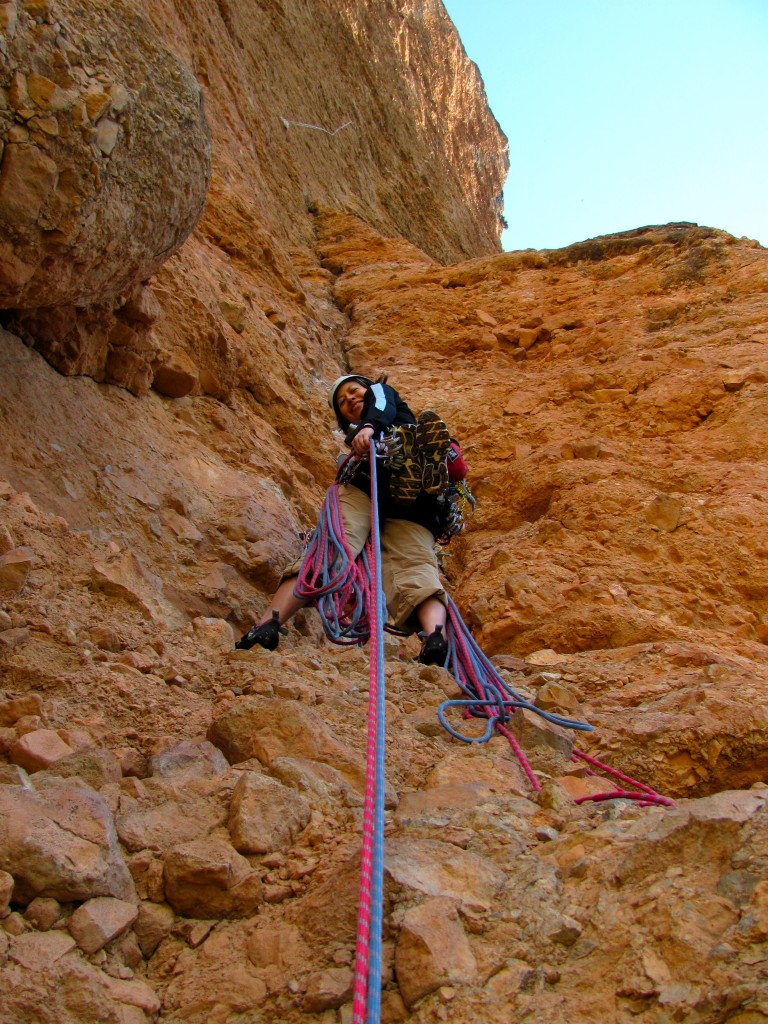 Shirley atop pitch 1 of Moskitos route on Visera formation. The overhanging upper reaches (which Moskitos bypasses) are seen above (May 2010). 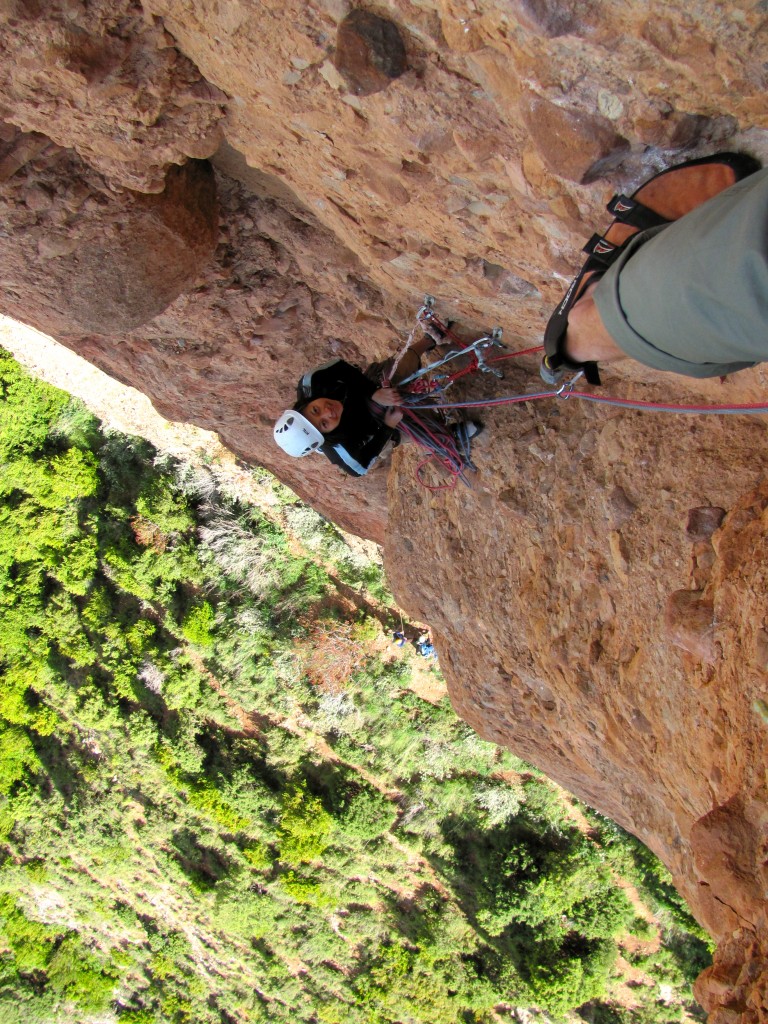 Leading pitch 2 of Moskitos with Shirley belaying (May 2010). 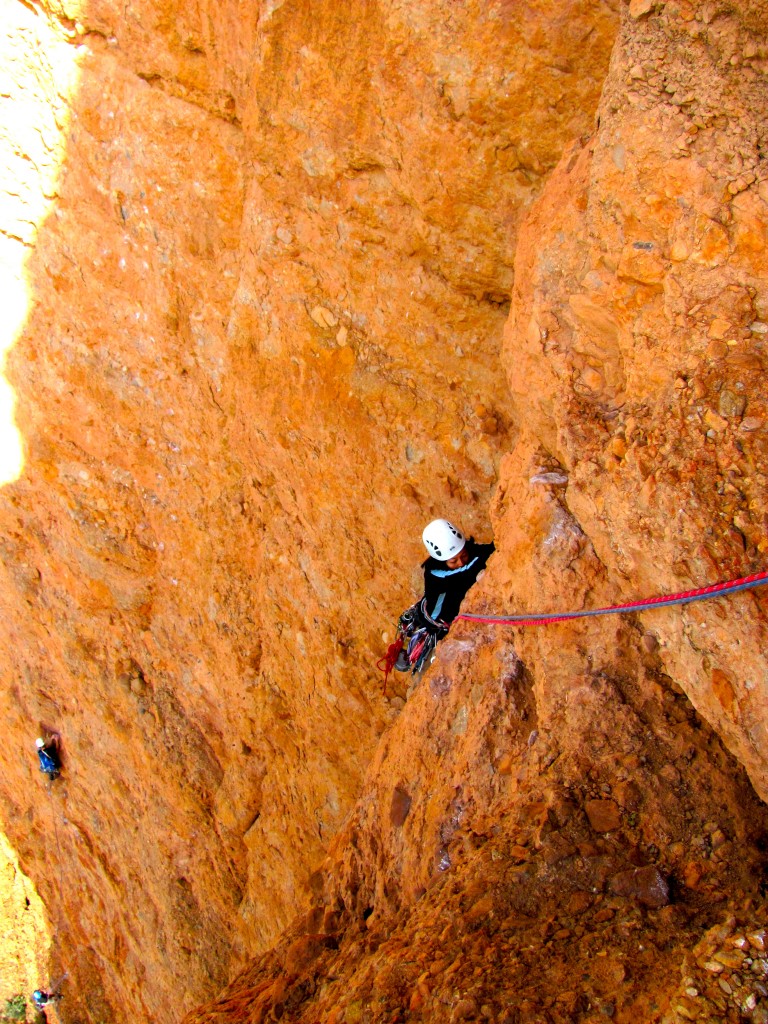 Shirley on the second pitch of Moskitos route on La Visera. Climbers below are on Fiesta De Los Biceps (May 2010). 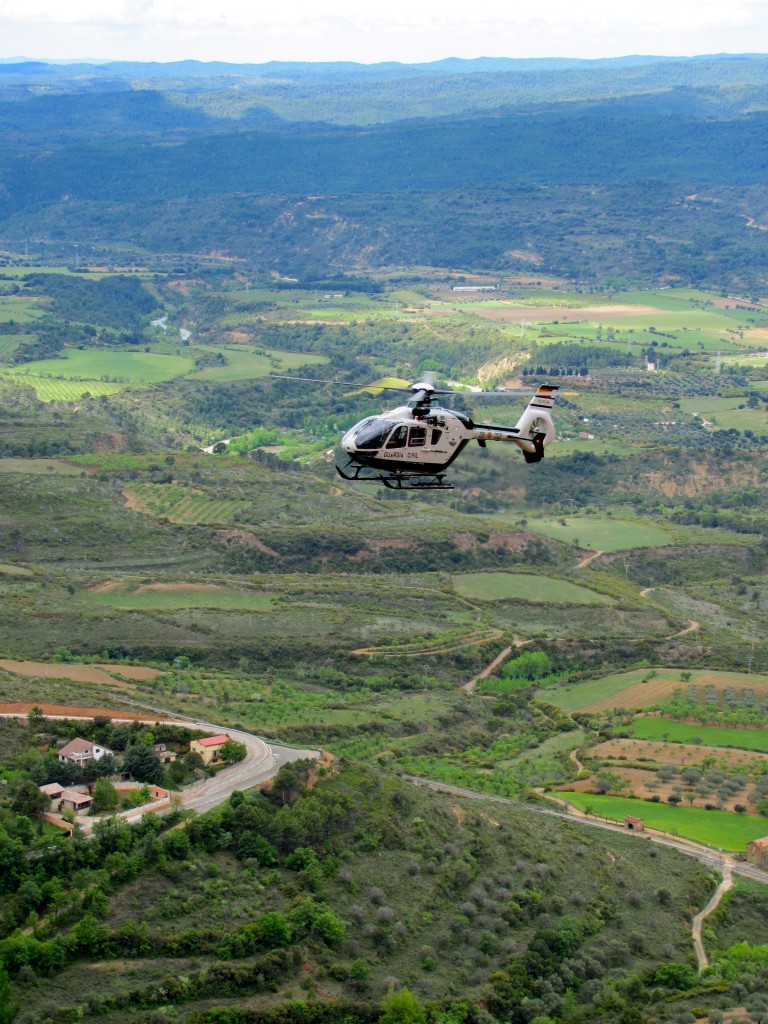 Getting buzzed by a Guarda Nacional chopper…check out these guys practicing rescues on youtube…rescues or drunken stunts…either way, fun stuff – spot on! 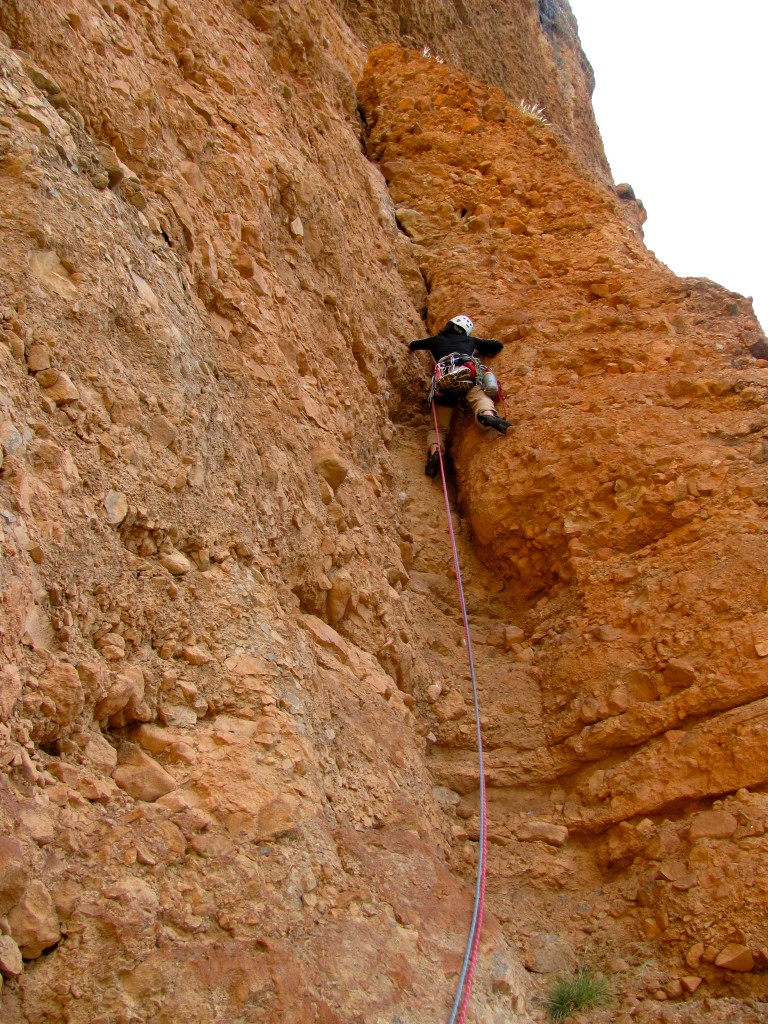 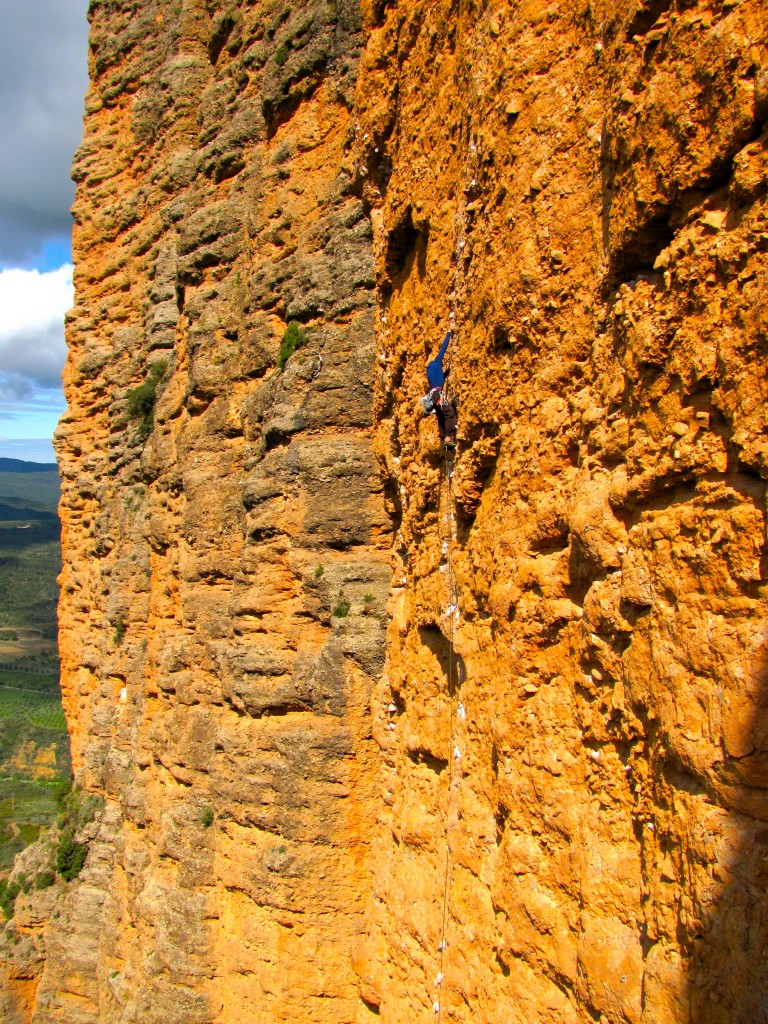 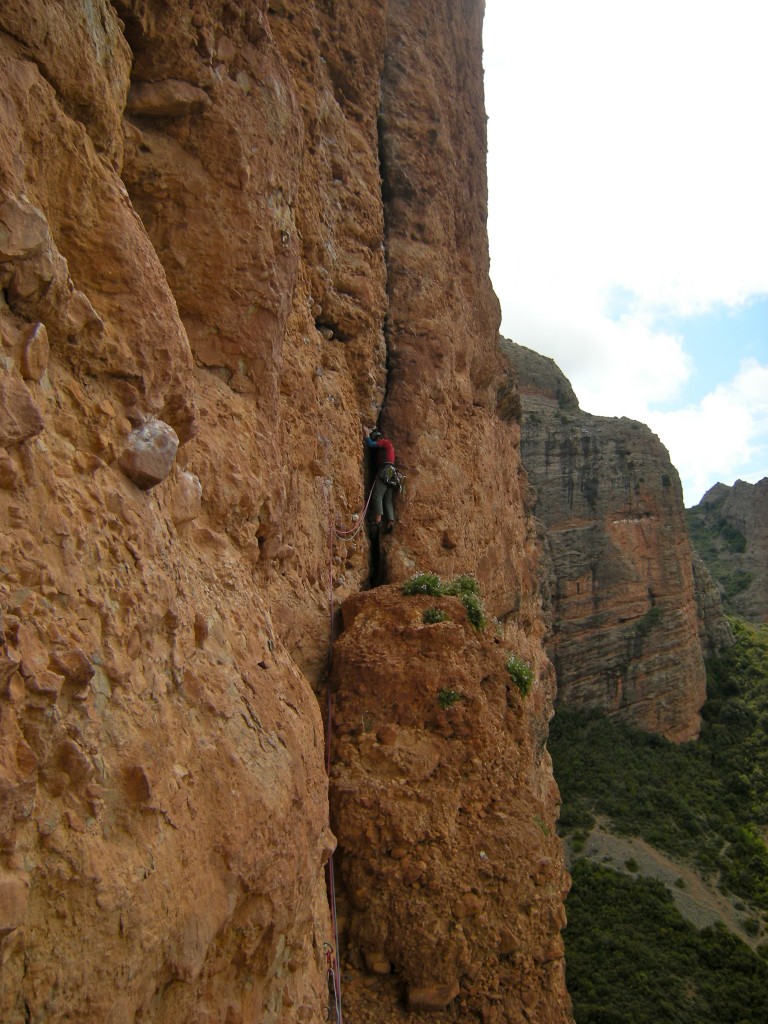 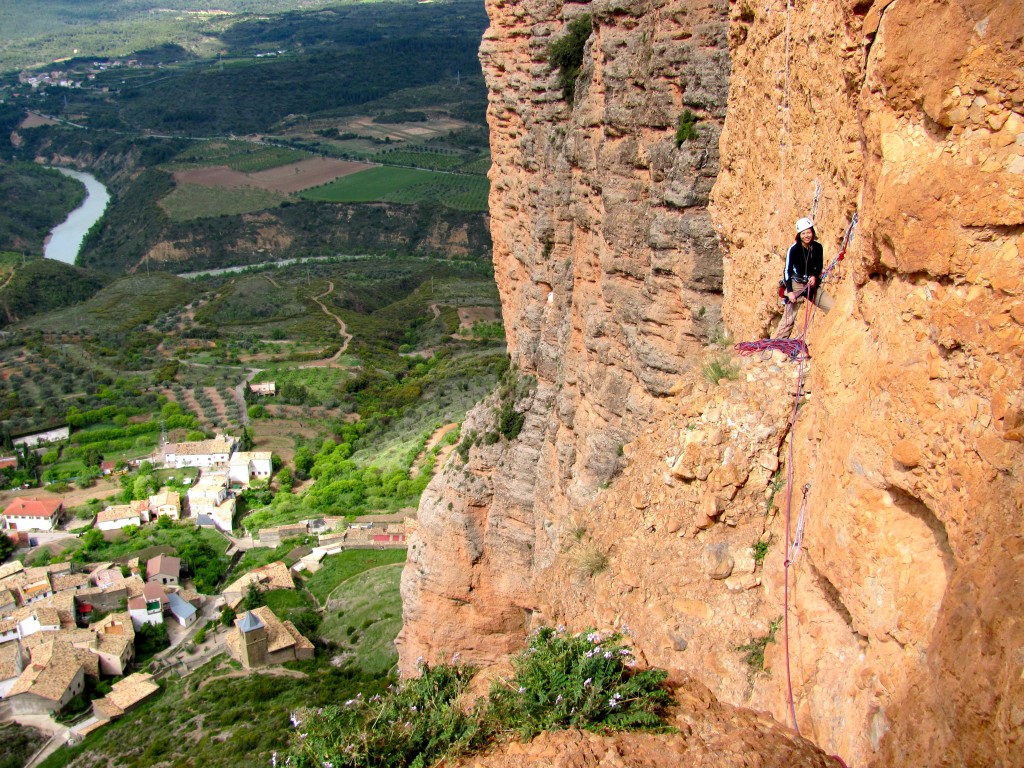 Shirley belaying me on the 4th pitch of Moskitos (May 2010). 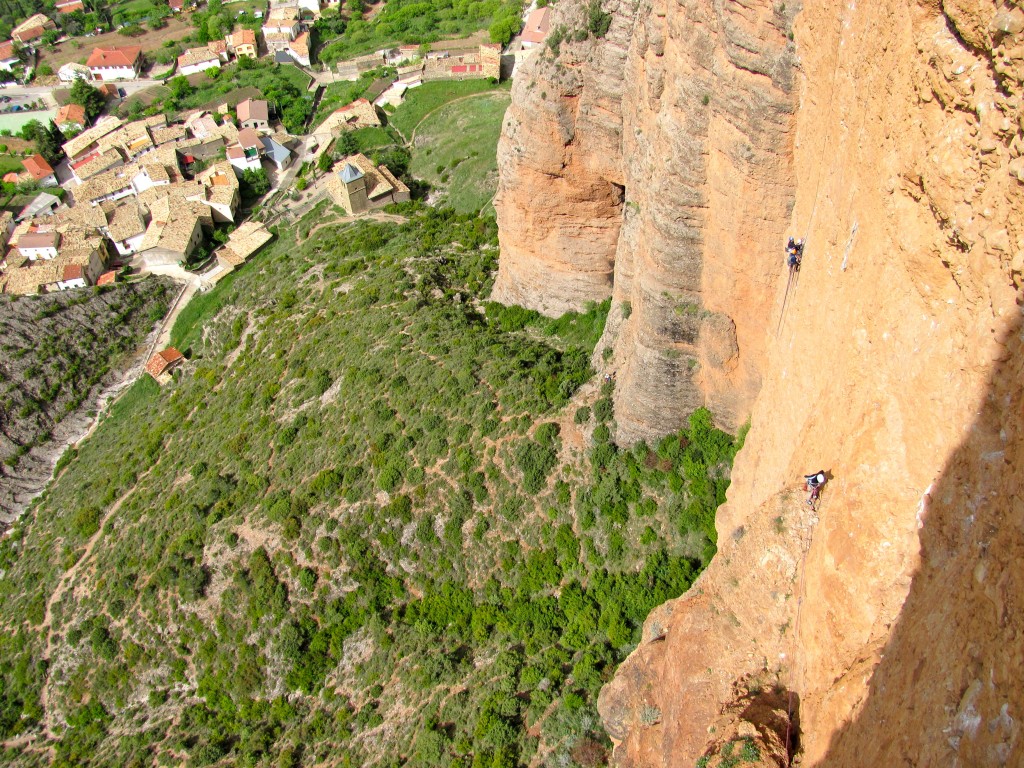 Pitch 4 of Moskitos. Party in background is on La Fiesta De Los Biceps (May 2010). 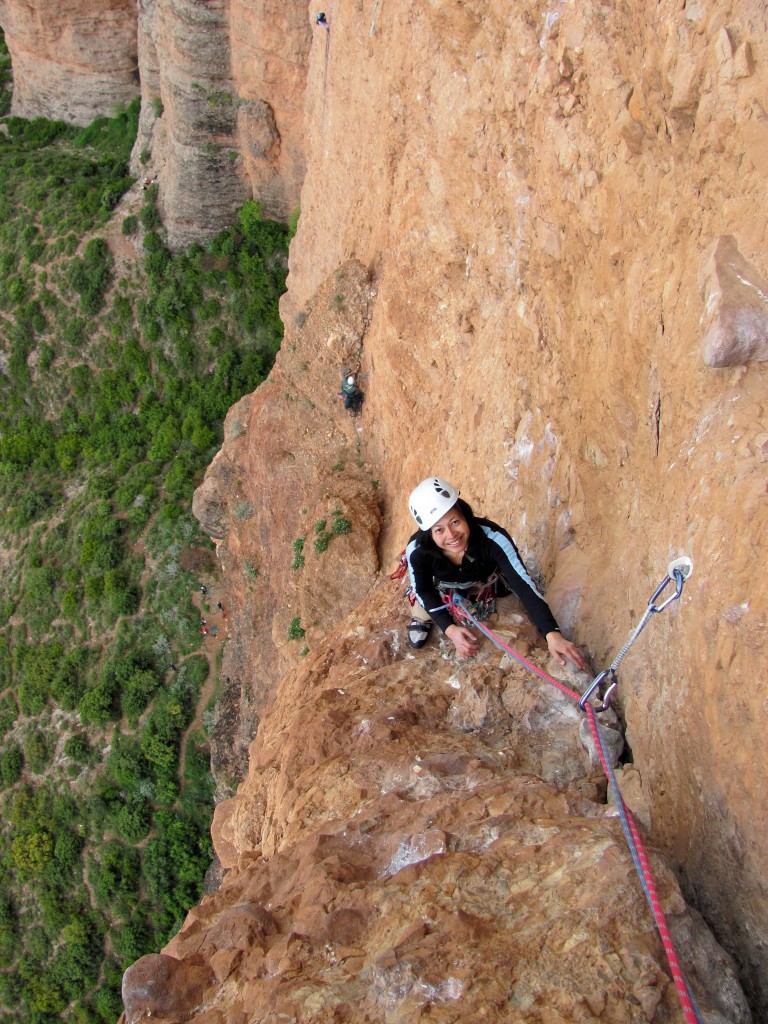 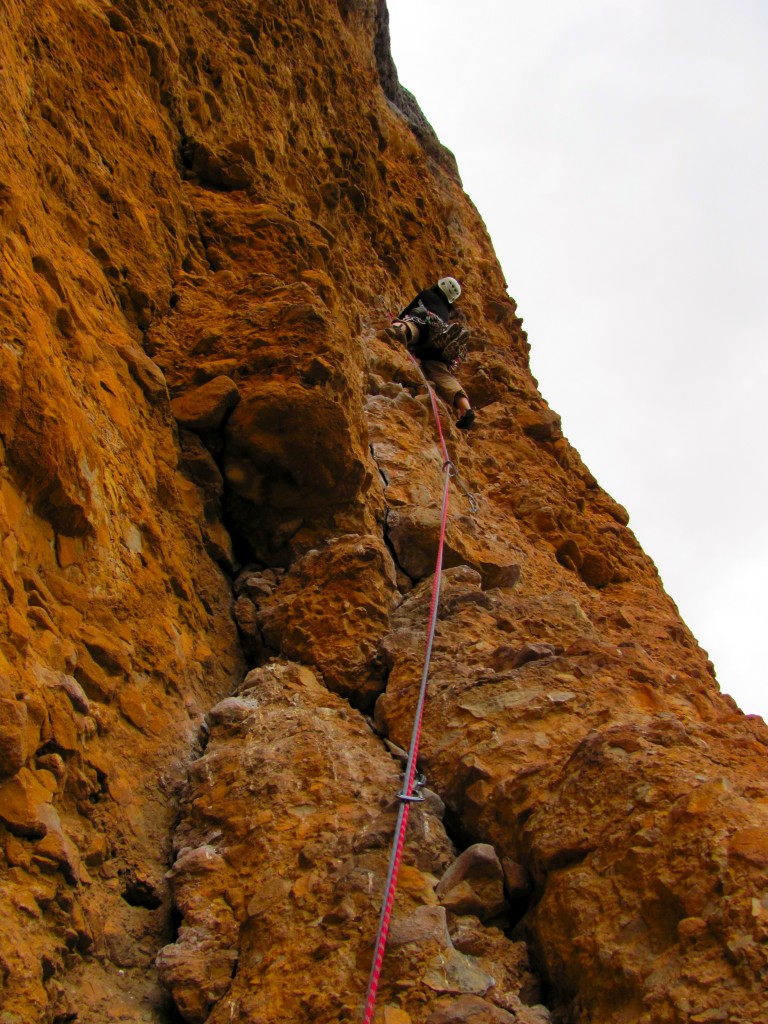 Shirley leading the 5th pitch of Moskitos route on La Visera – a super fun traverse pitch that ends up atop an unforgettable car-sized boulder embedded high in the face of Visera (May 2010). 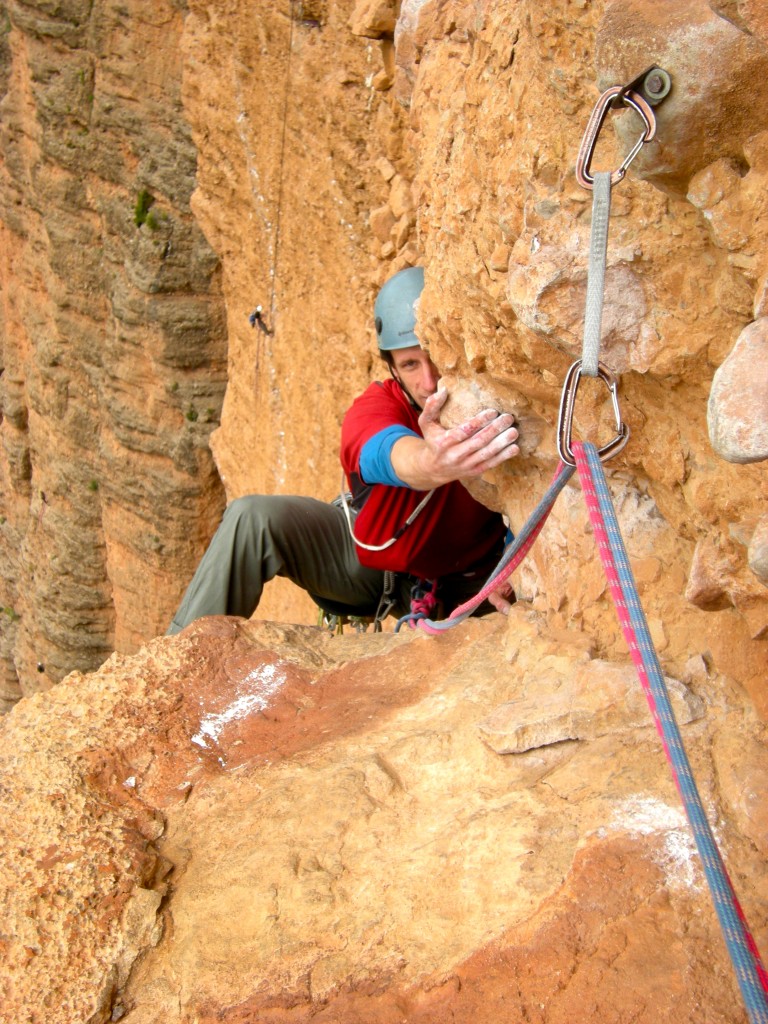 Mantling onto the huge conglomerate boulder atop pitch 5 of Moskitos on Visera. Climber in the background is on Fiesta de los Biceps (7a; May 2010). 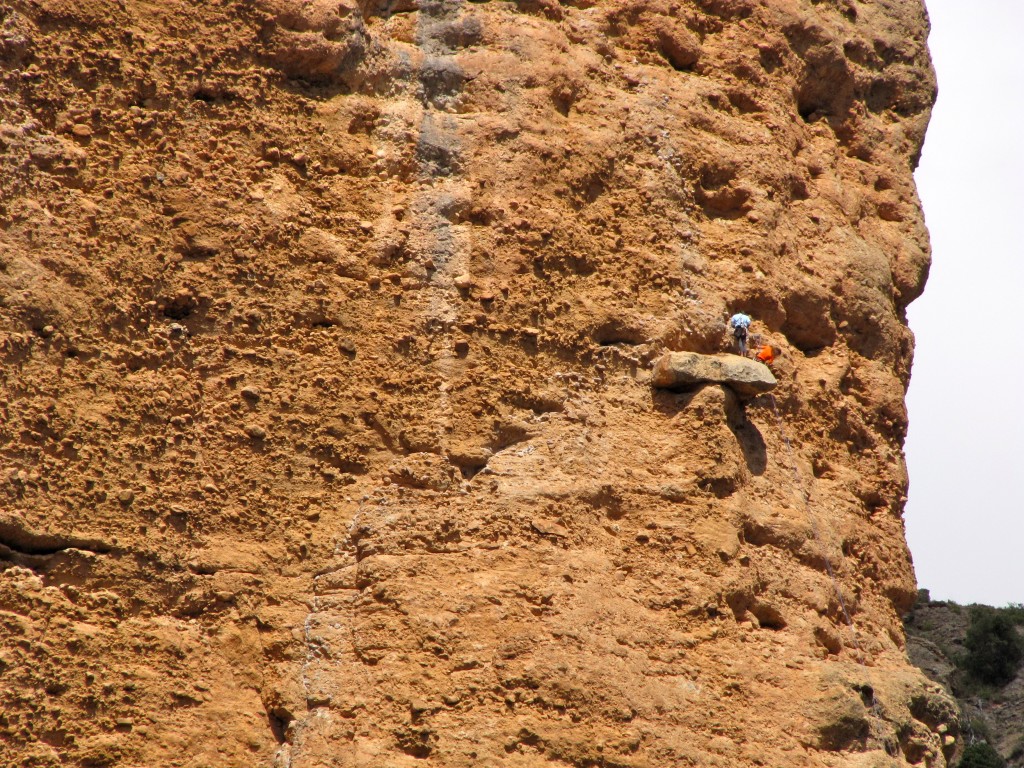 Unknown climbers on al “Trono” of the Moskitos route on La Visera. This is the escape from Moskitos actually (Sept. 2010). 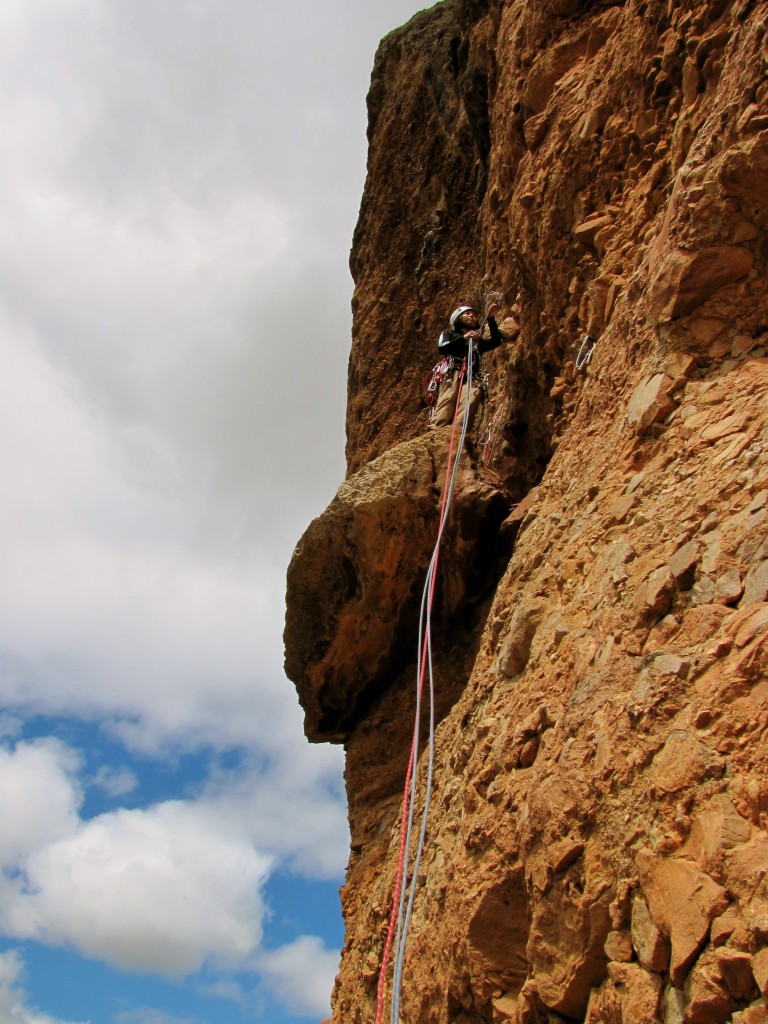 Rapping off the huge embedded stone high on Moskitos route on La Visera…the next pitches were running with water (May 2010). 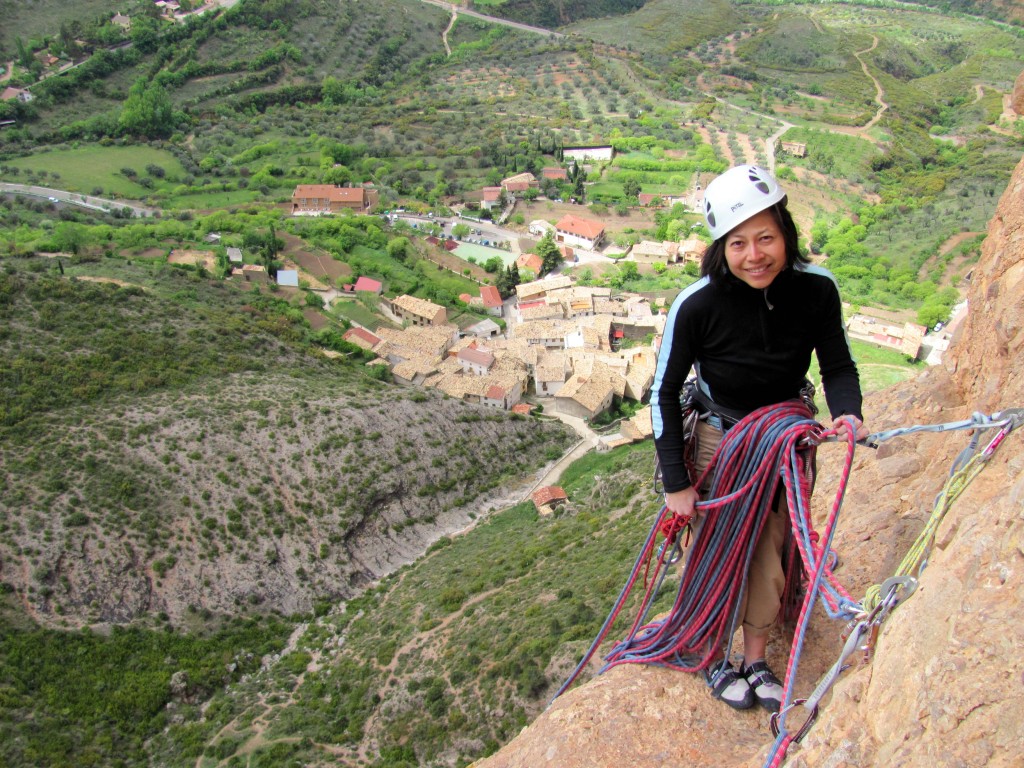 Shirley belaying me on the “escape pitch” from Moskitos (May 2010). 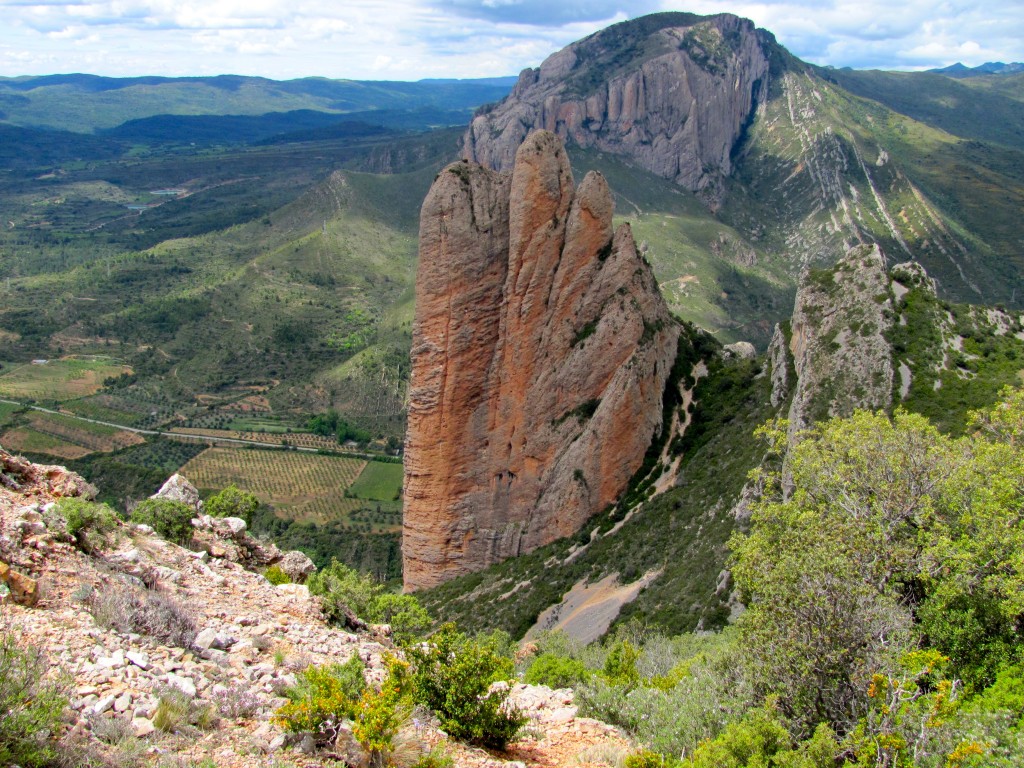 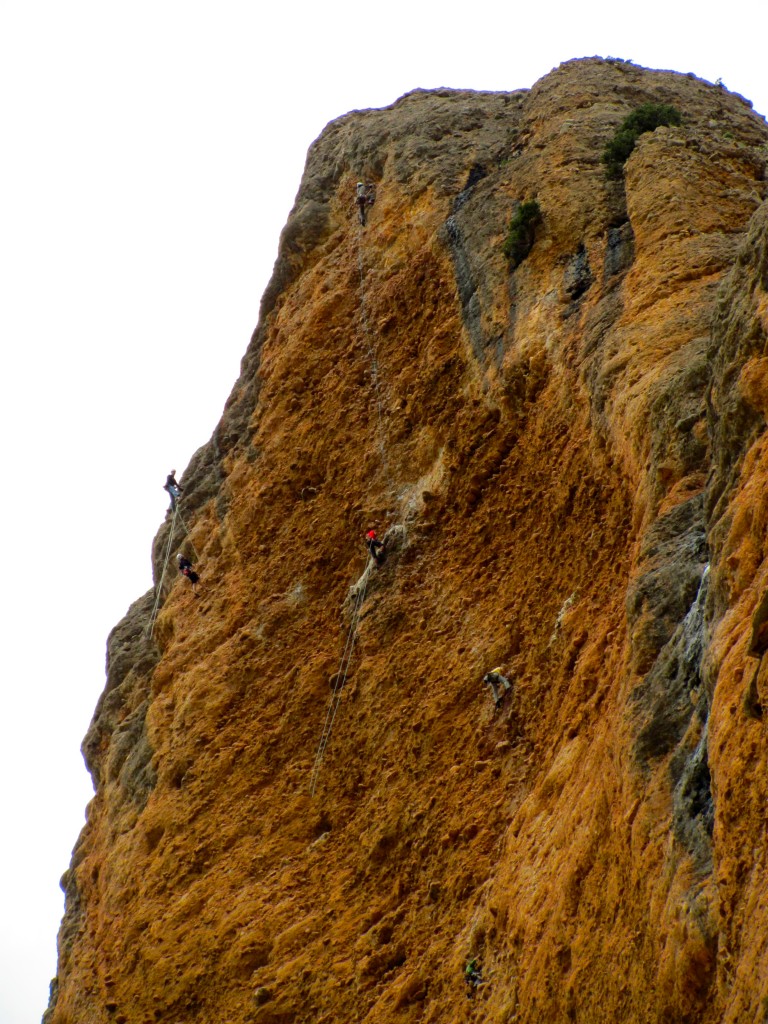 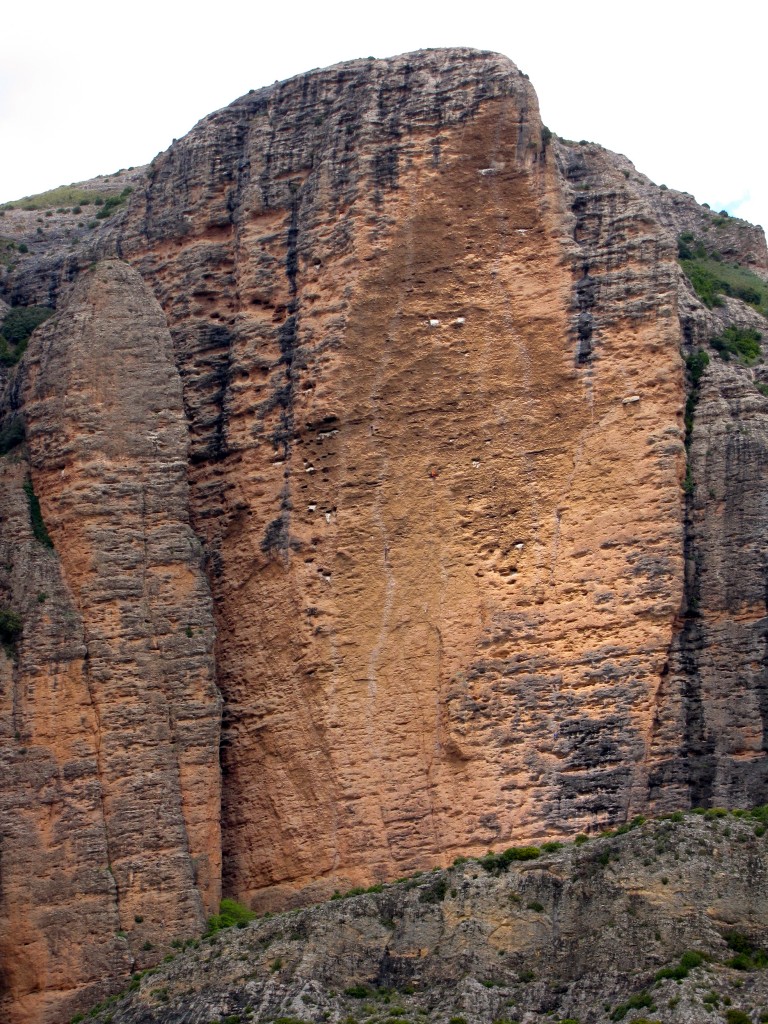 The huge overhanging face of La Visera. Several parties can be seen on it for scale, with the leftmost people being on La Fiesta De Los Biceps route. Moskitos starts in the lower left corner and makes its way up and right exiting via the (soaked) water streak. The characteristic belay boulder of Moskitos can be seen in the upper right corner of the face just below the water streak (May 2010). 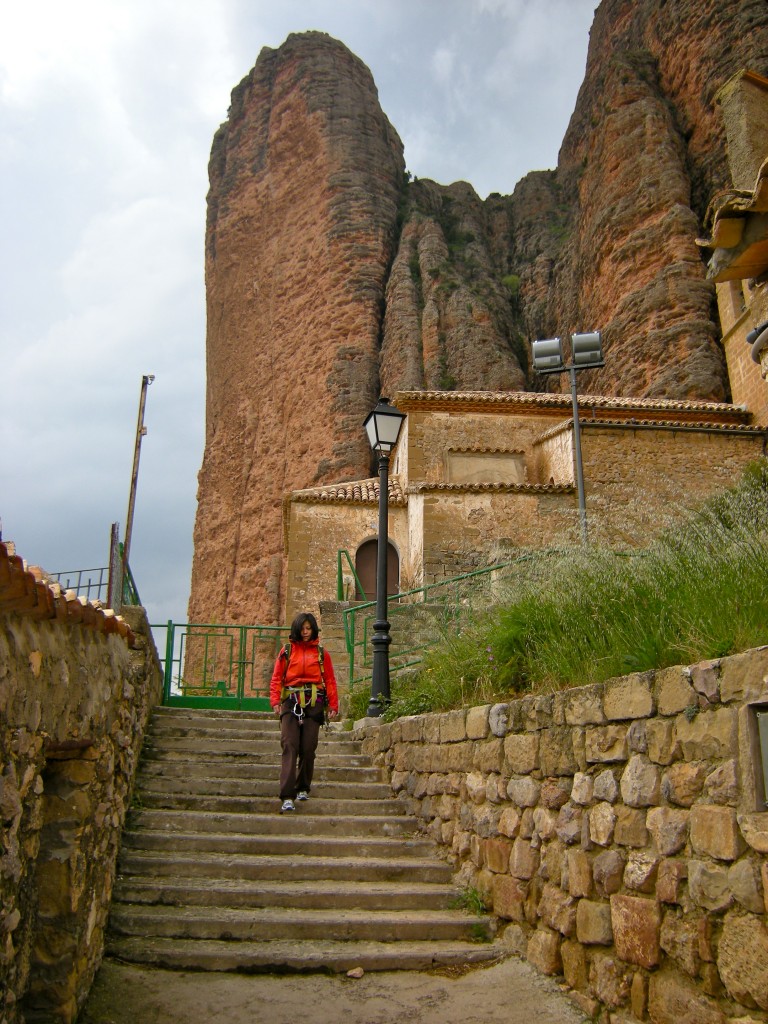 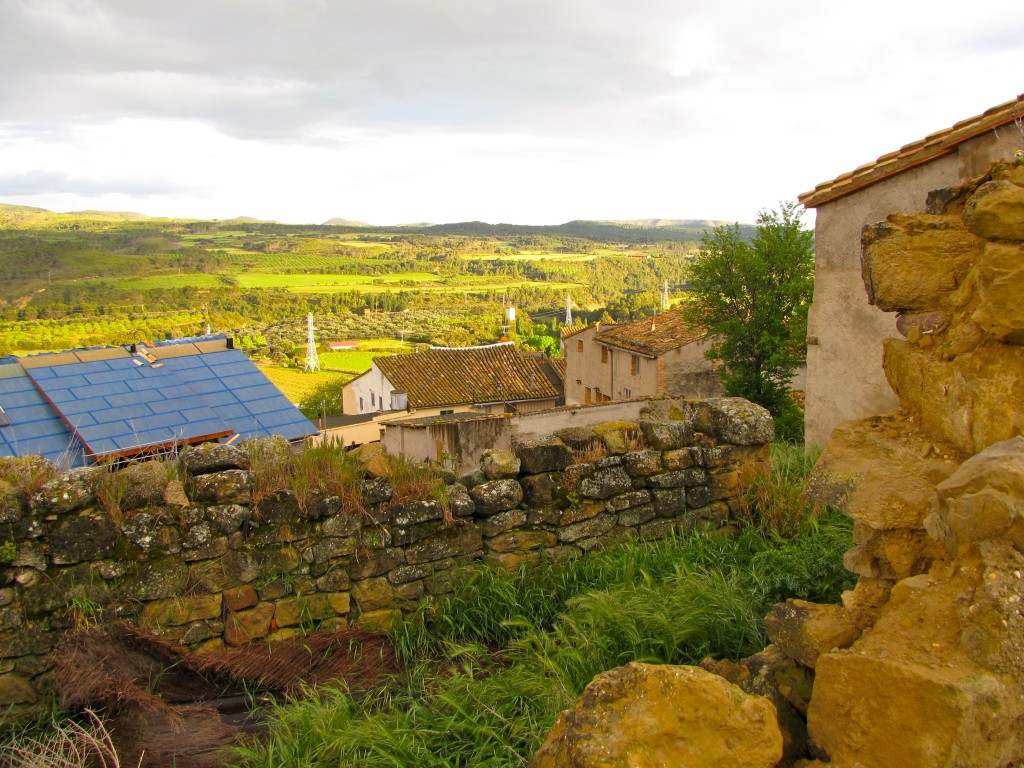 Riglos…quaint…so quaint (& so fucking rainy too).

Go to Part 3.
Go back to Riglos page.