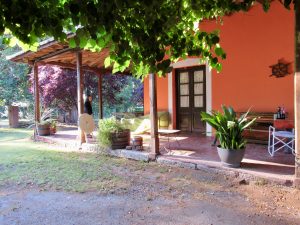 That evening we were fed and housed in a charming rustic hotel by a highly entertaining Senor Rocco, an elderly Italian gentleman who’s lived in Argentina since the 1950s. Local Malbec and some Argentine tango on a vinyl – not the worst way to burn a snowy evening. As a bonus, forecasts were calling for an overnight clearing and sunny weather in the coming days. 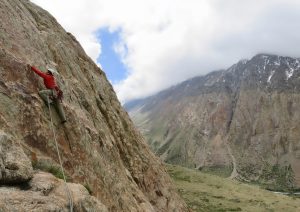 By the early afternoon the following day, our camp was set up again in the same spot and we were thumbing through the guidebook looking for a quick half day fix. We decided on a 5 pitch, fully bolted line called El Condor Pasa. I suppose the climbing was fun and the rock was clean but doing sport climbing (even if it’s multi-pitch) in an area like Los Arenales…well, at least it was something. Only real complaint is that the piece of cliff is grid bolted to the point where we had trouble deciding what was what at times. 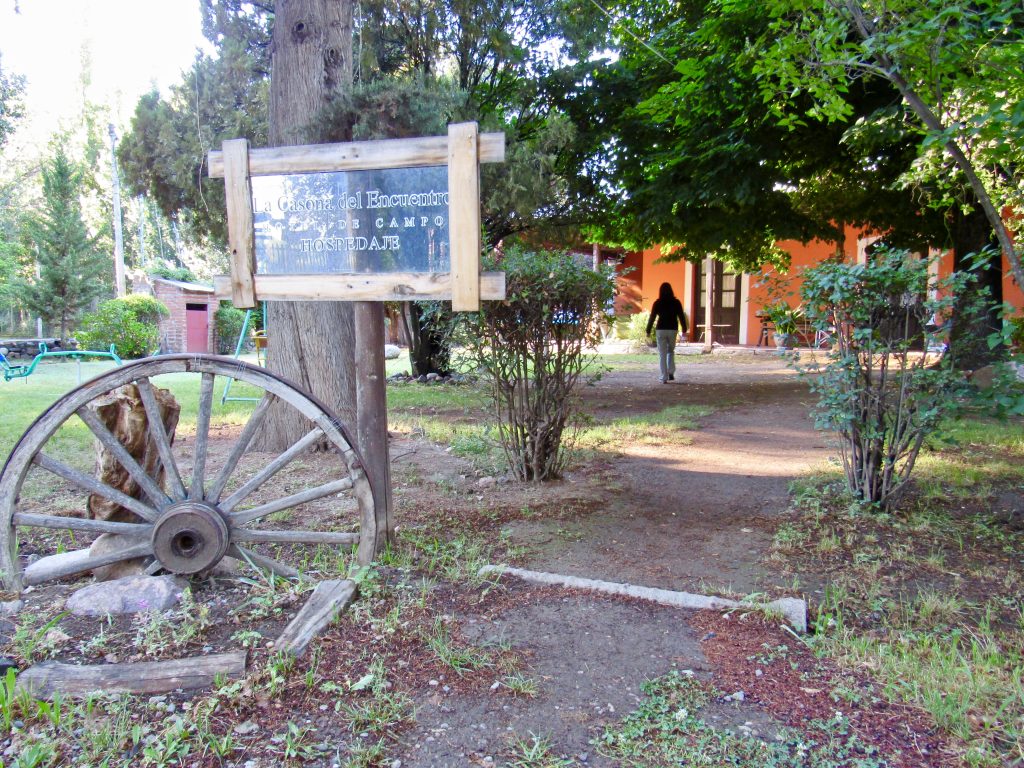 La Casona del Encuentro – really made the snowy day into something enjoyable (Dec. 2016). 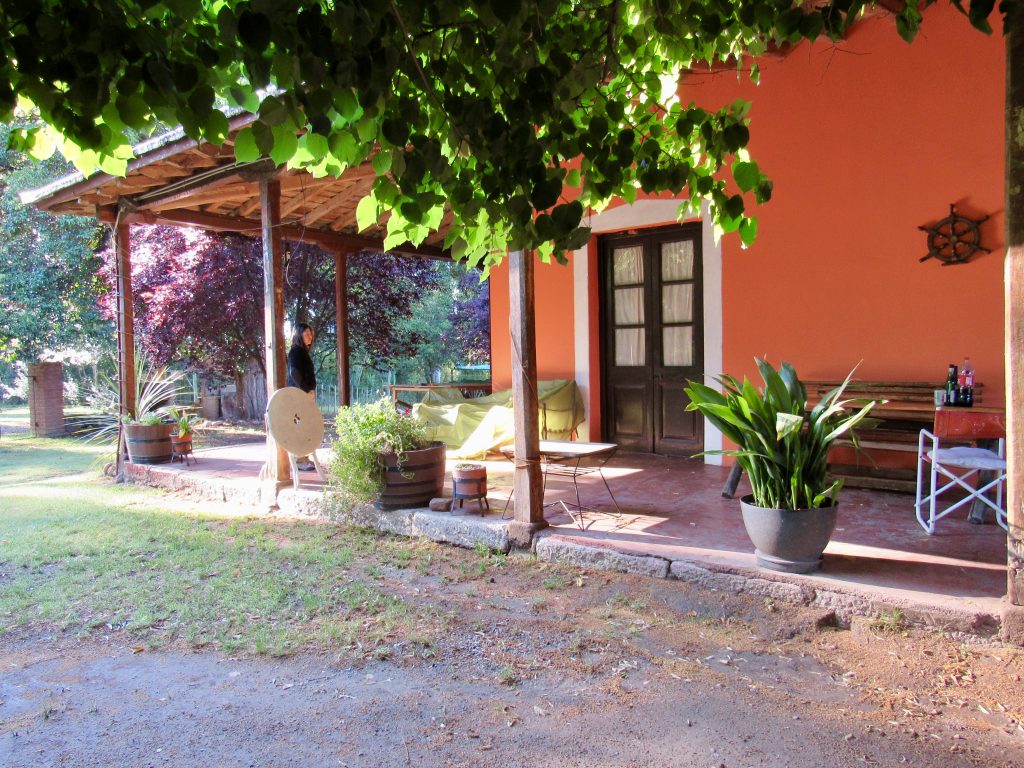 Look at the bottles on the right – the national mixed drink of Argentina: Fernet and Coke. Thank you Veronica and Cedric for this cultural immersion! 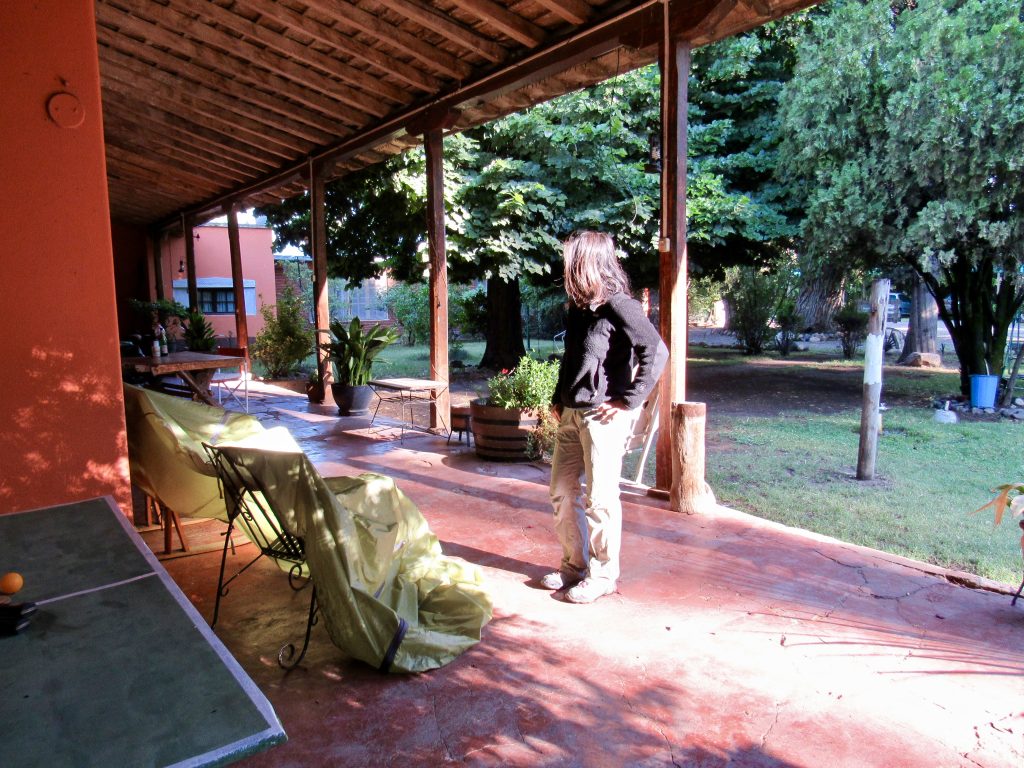 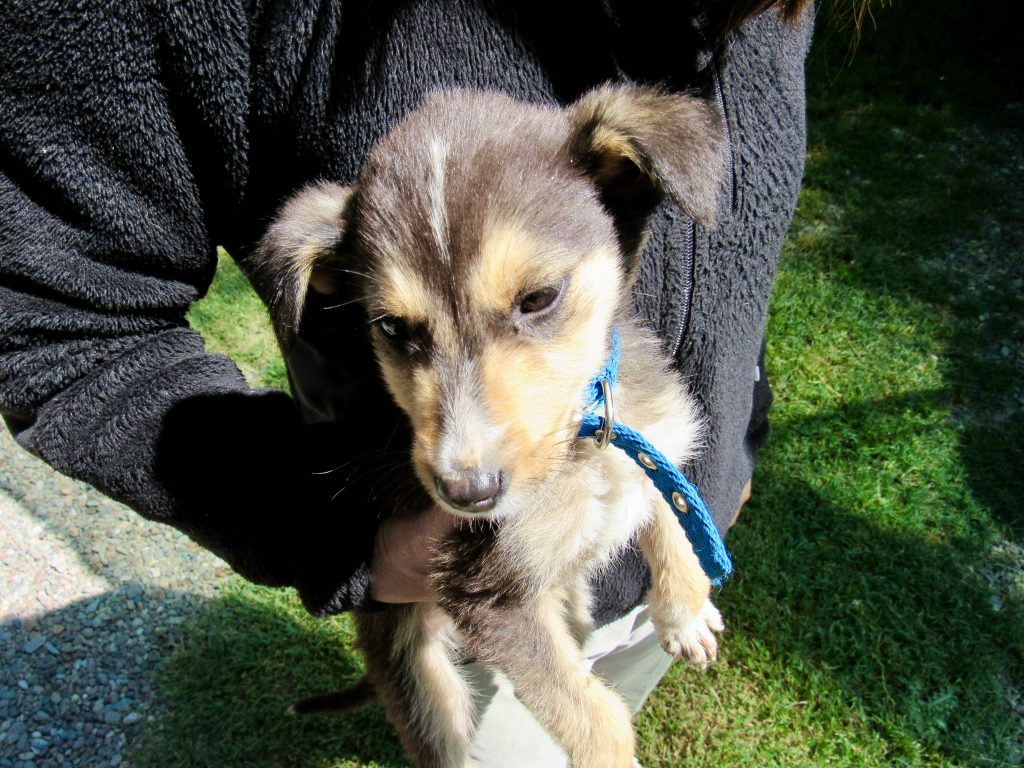 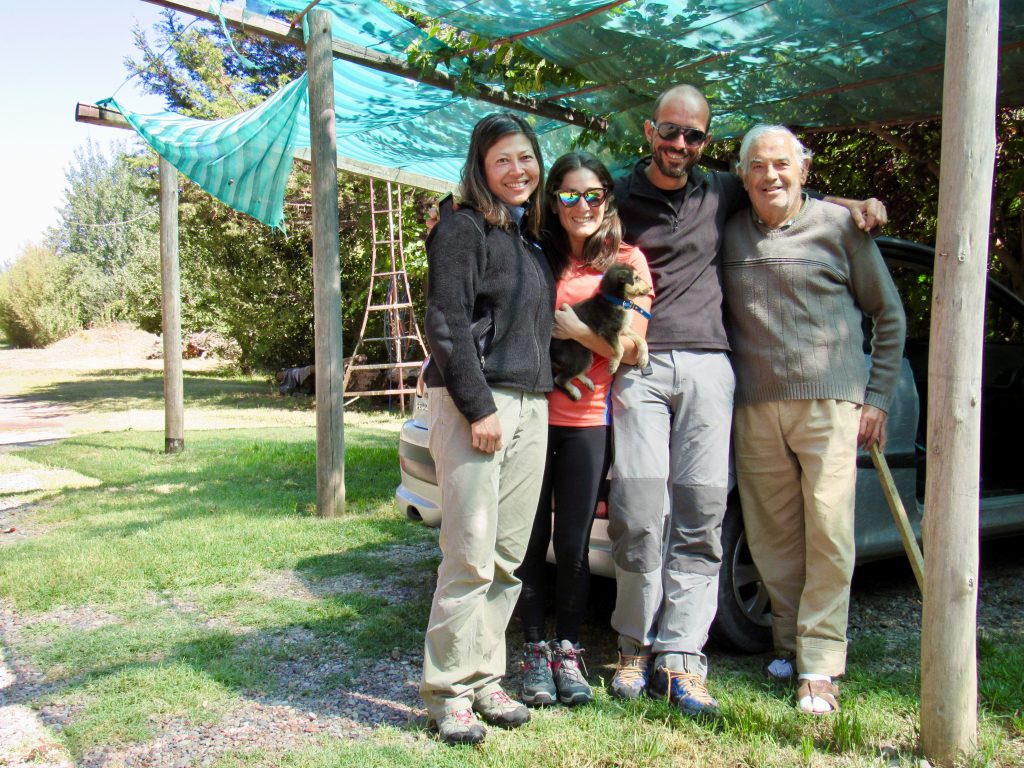 Shirley with our new friends, Veronica (of Buenos Aires) and Cedric (of Grenoble), and or course Señor Rocco – the patriarch of La Casona del Encuentro (Dec. 2016). 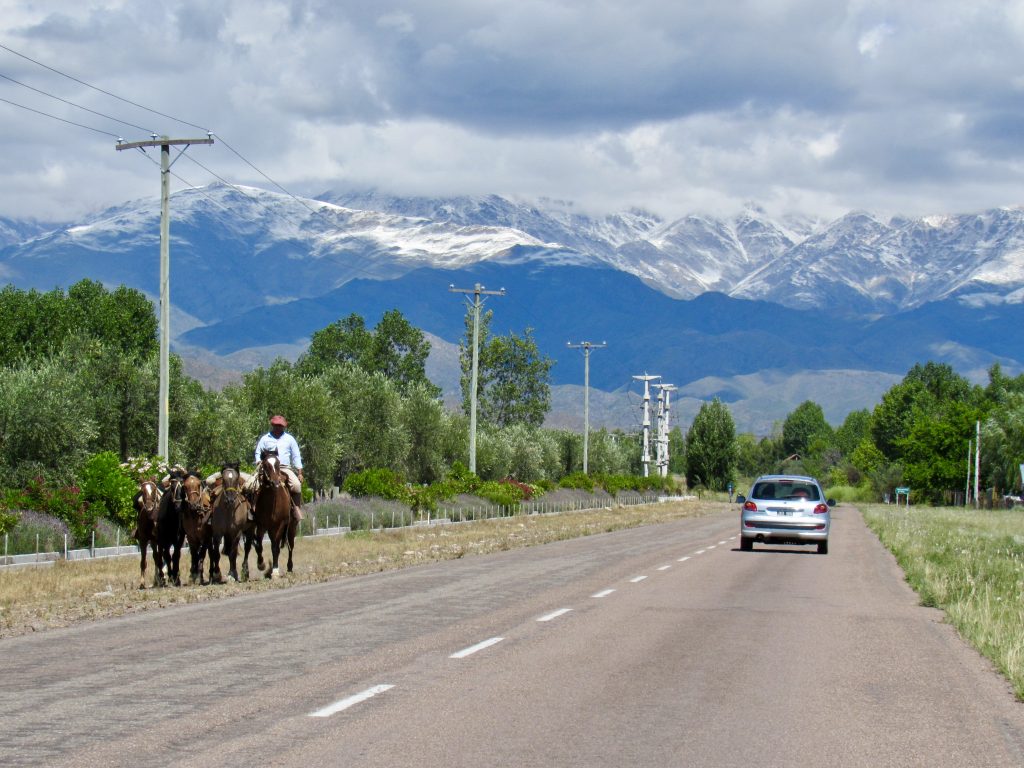 Heading back into the snowy hills with some gauchos on the side of the road (Dec. 2016). 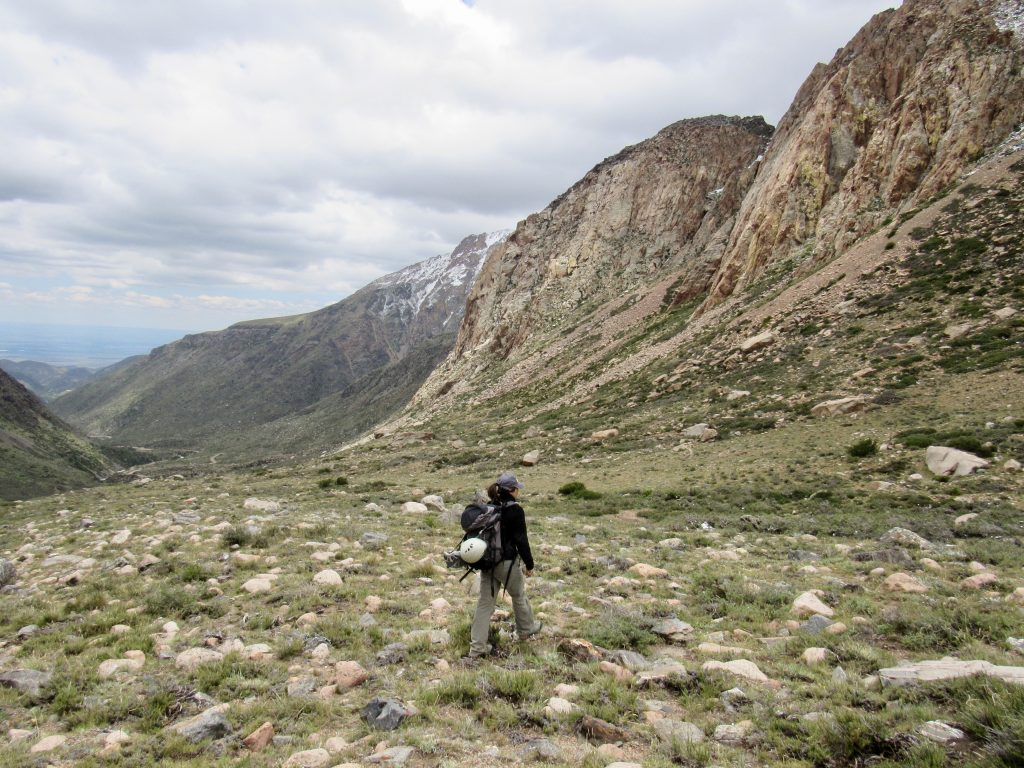 Shirley on approach to El Condor Pasa in the afternoon (Dec. 2016). 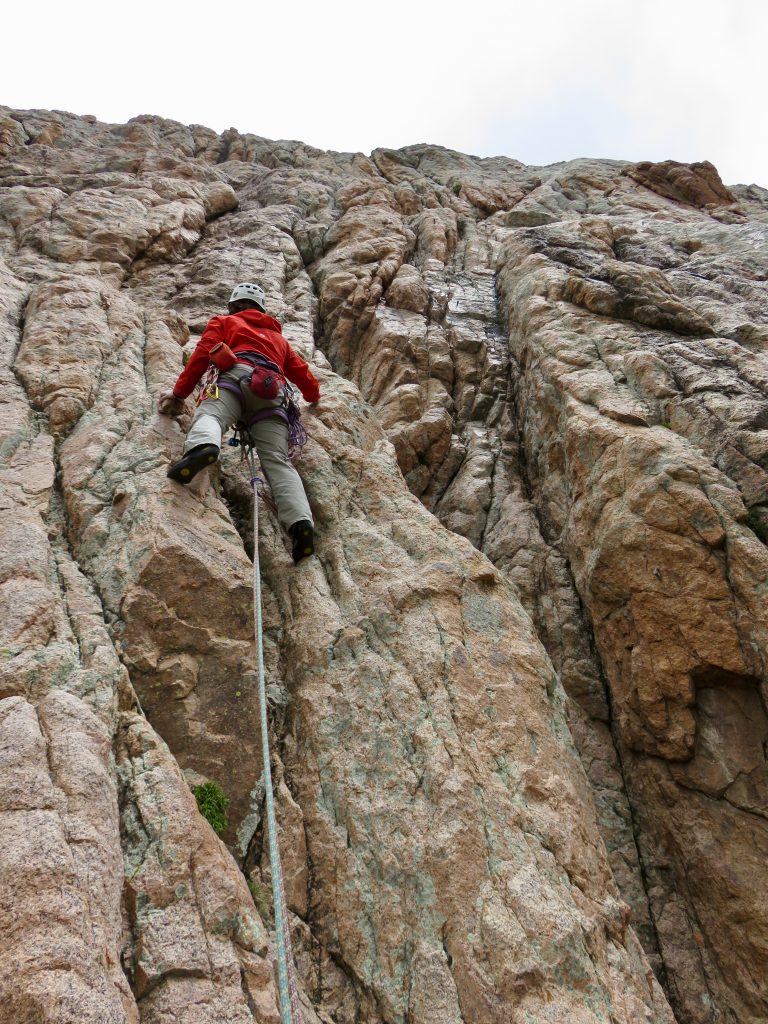 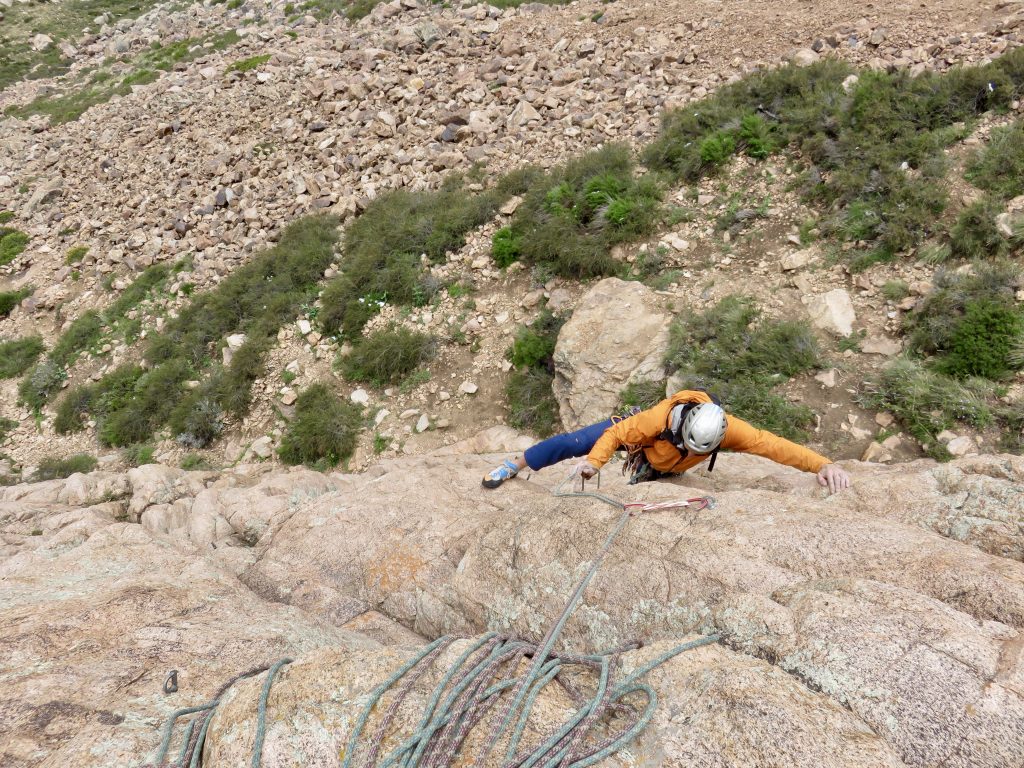 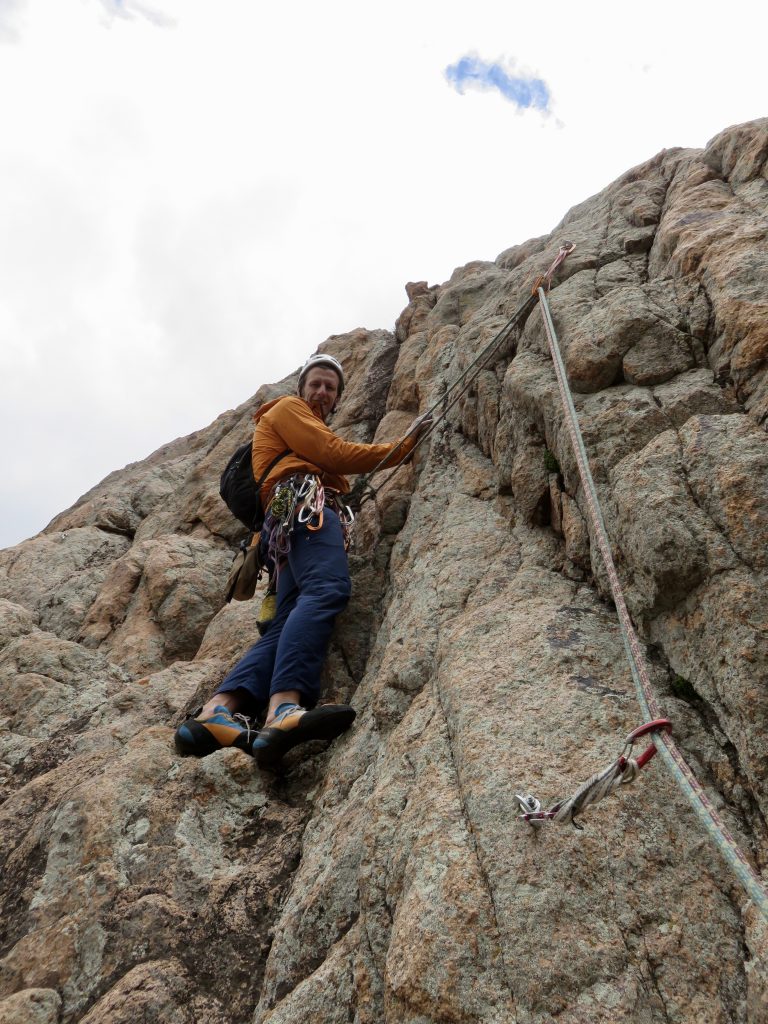 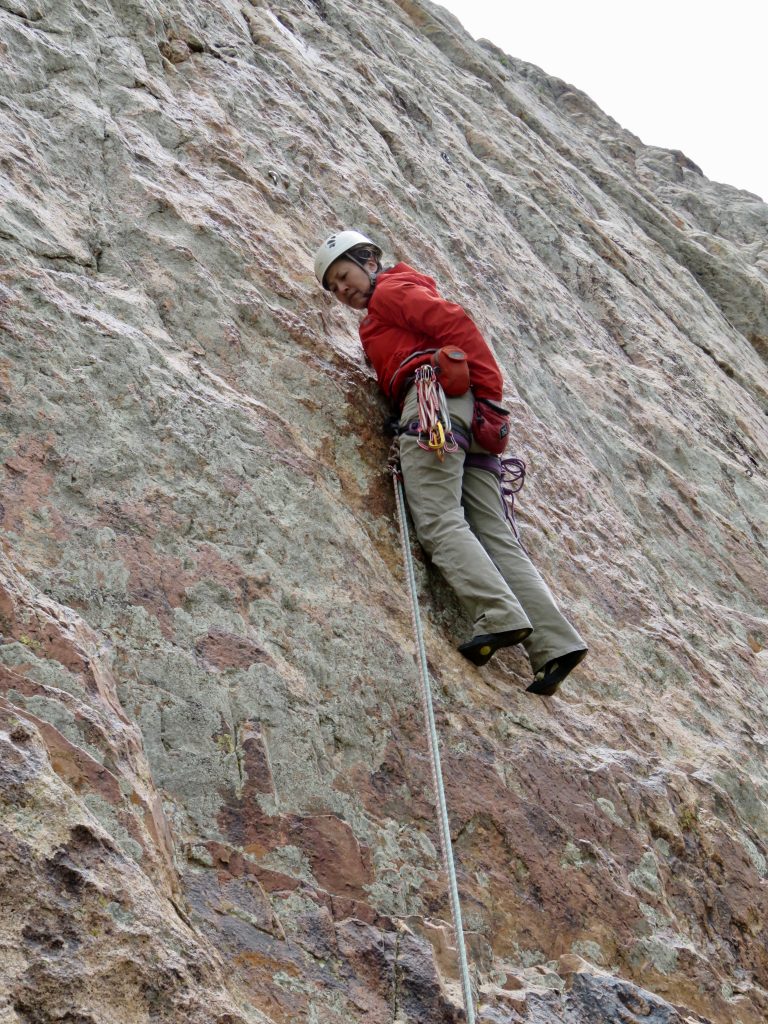 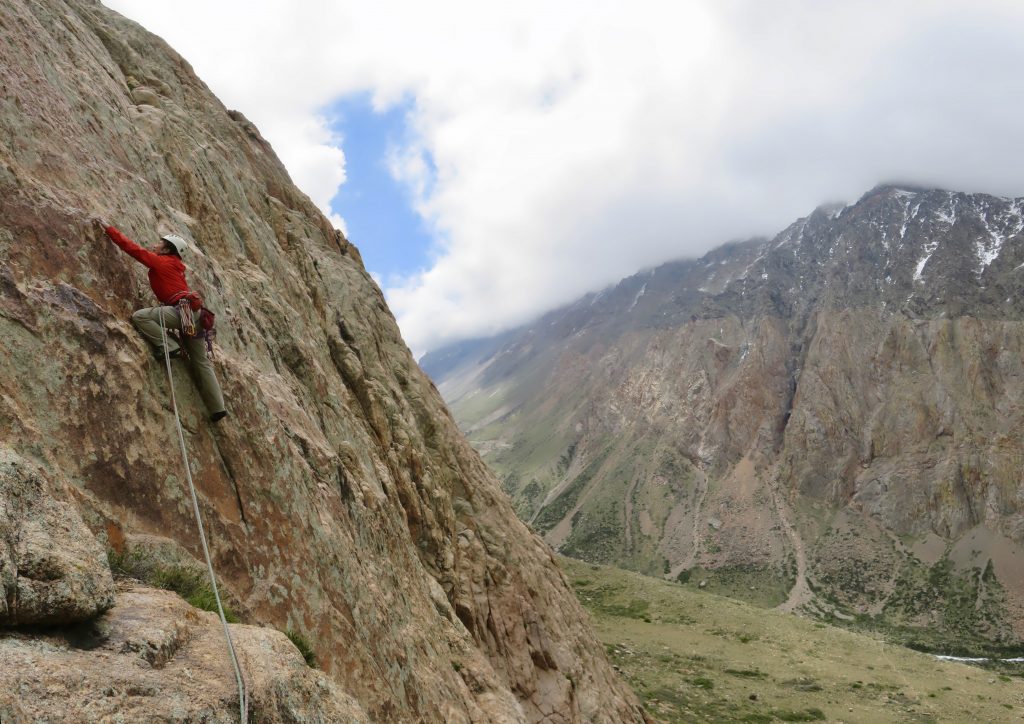 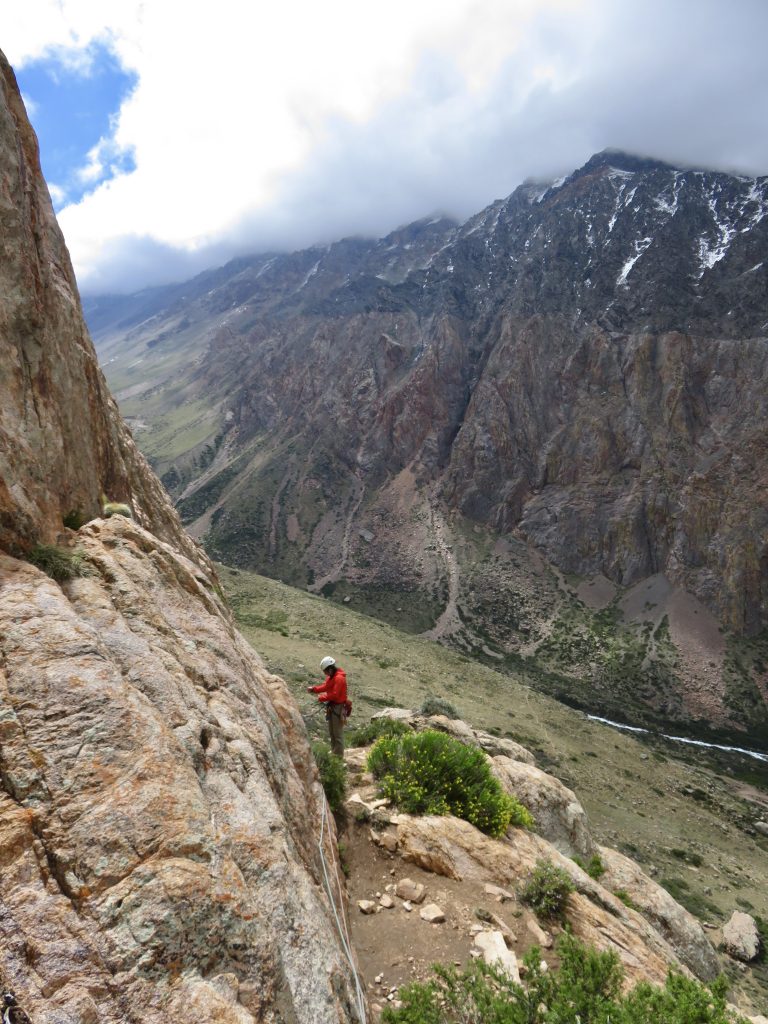 A ledge system three pitches up El Condor Pasa. Here things got a bit confusing with a grid bolted wall above. The first option we tried felt too hard for a 6a; backed off and tried a variation further left (Dec. 2016). 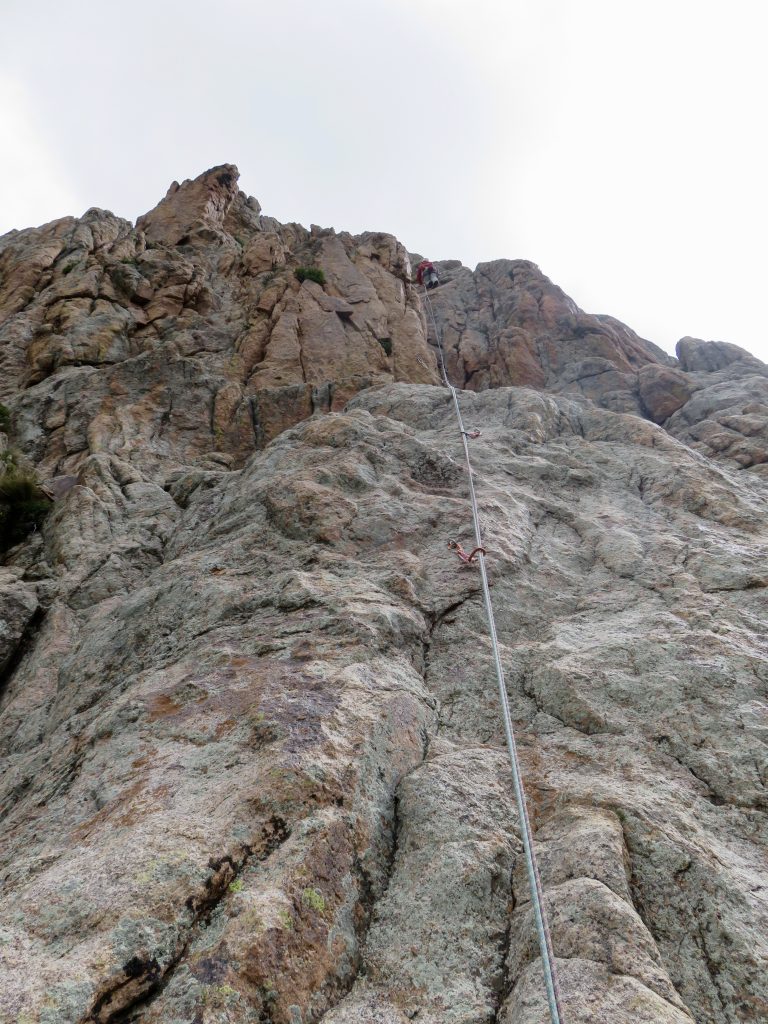 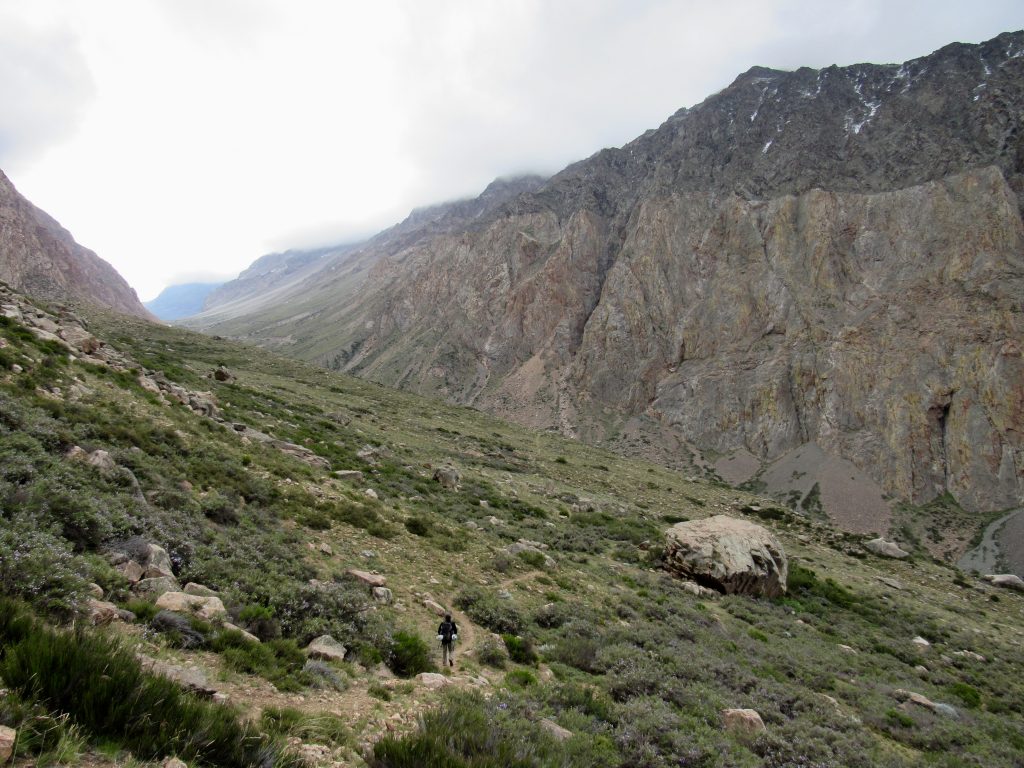 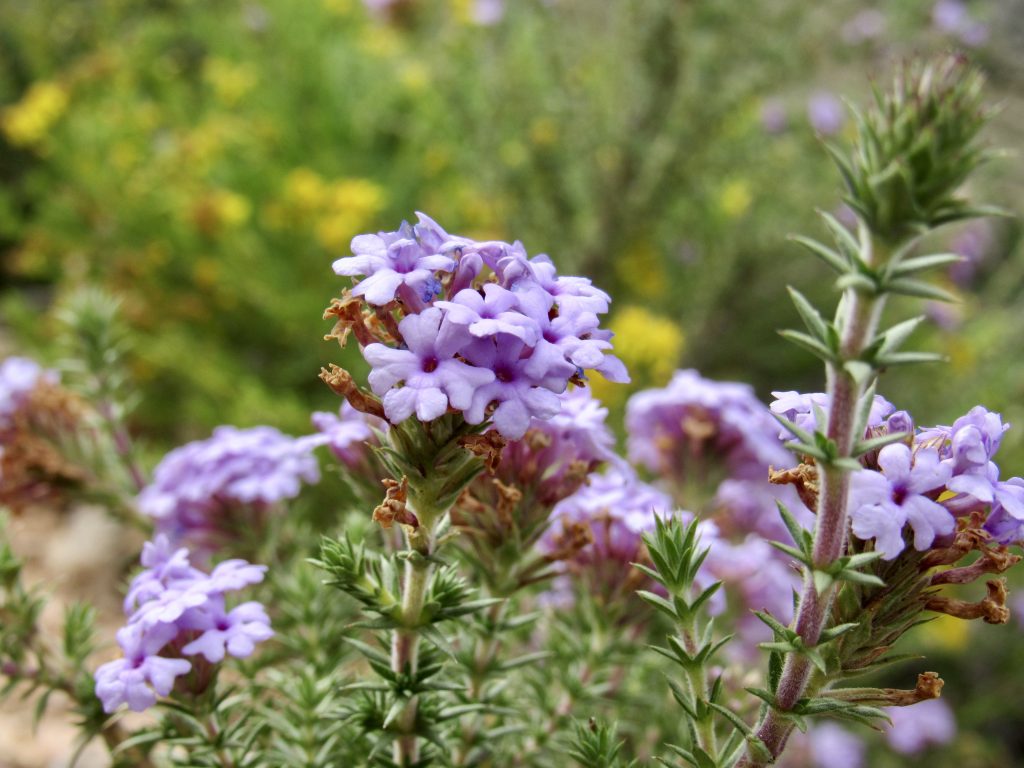 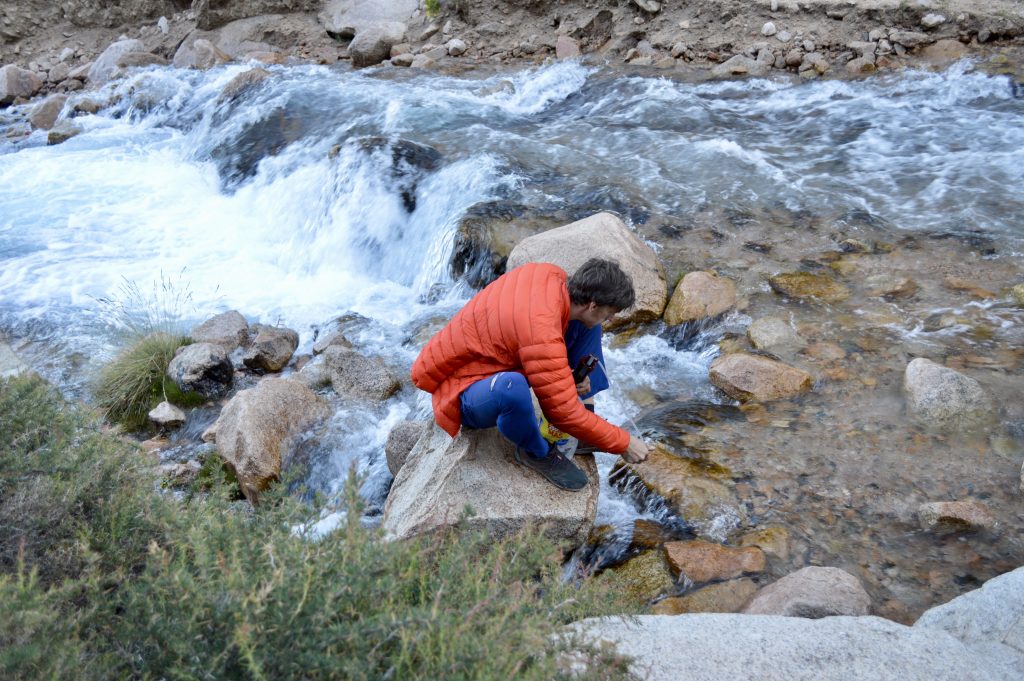 Given that there were many cows grazing and the refugio upstream from us, we filtered all of our water. Much of the camp time was spent working the crank (Dec. 2016).

Go to MNHCC.
Go back to Los Arenales.