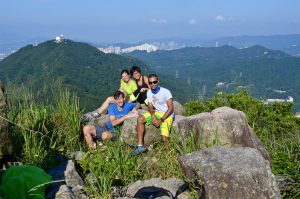 Group shot on the summit of Lion Rock.

We got dropped off at Guilin airport for a short hop to Hong Kong getting to our hotel in Kowloon just after 7pm. An hour later we got picked up by Ron and Karen and shortly thereafter were eating what was by far the best dim sum we’ve ever tasted. Our palates have been ruined. Plans were made and the two showed up again at 5am the next day for a short cab ride to the Lion Rock trailhead. There we climbed the 5-pitch combo of Gweilo (5+) to Wards Grooves (6b). The granite was a bit damp and slick (a good excuse anyway) but the views were incredible: you’re high up on a forested ridge above what feels like Tioman Island jungle and yet you’re surrounded by high-rise towers of Hong Kong below and its 7+ million inhabitants. Ron and Karen met us on the summit and we hung out chatting and taking in the views. Another 2 hour dim sum session followed and we even had time to go back to our hotel for a bit of a shower and clean up before heading back to Hong Kong airport for our 3pm flight to Denpasar, Indonesia. This would not have been possible without them. Thank you guys for an incredibly fun 18 hours! In retrospect, we should’ve stayed longer in HK. 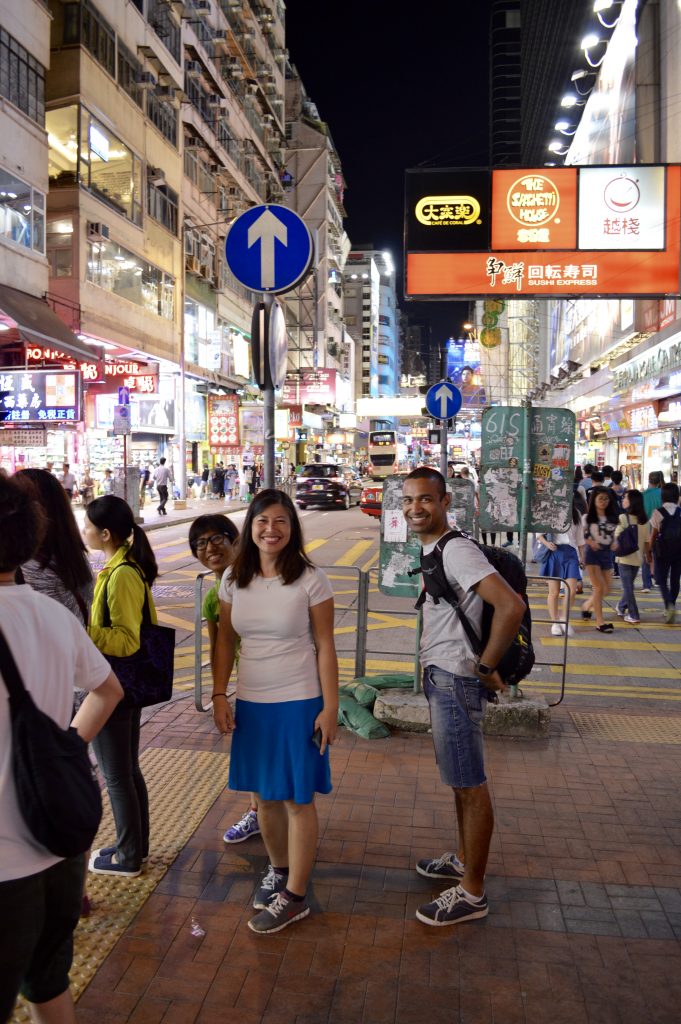 Karen, Shirley and Ron on our way to being ruined for all future dim sum (Sept. 2016). 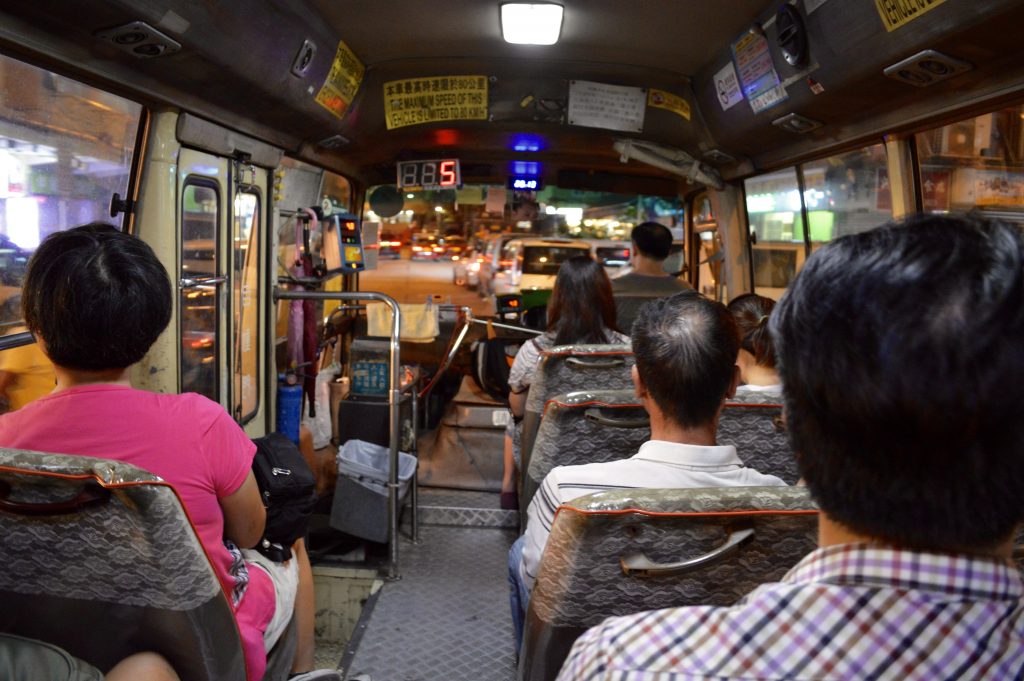 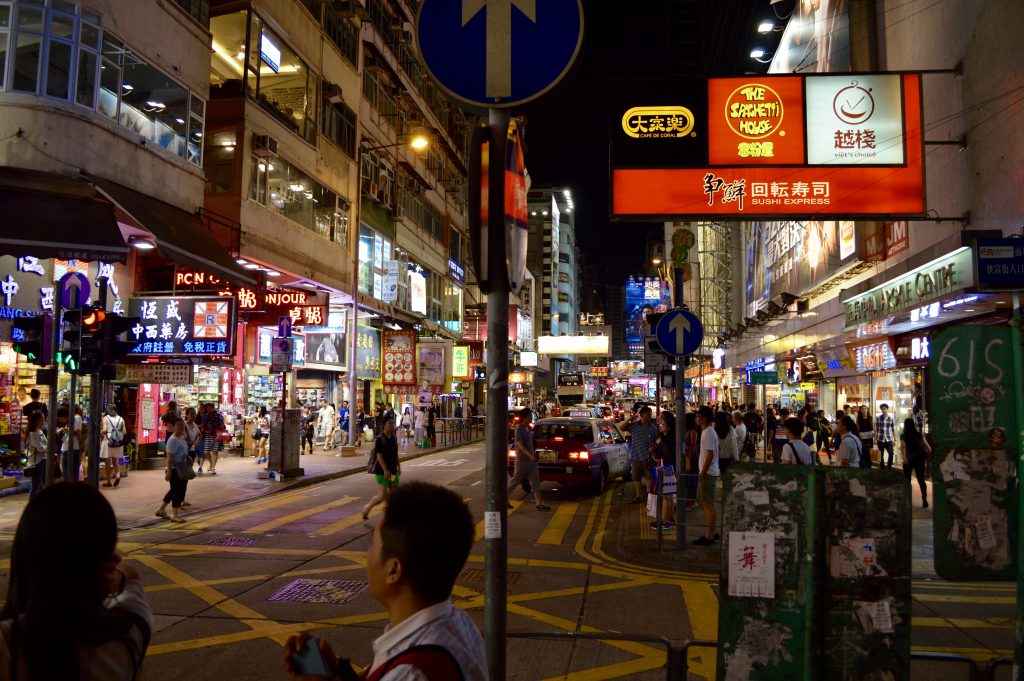 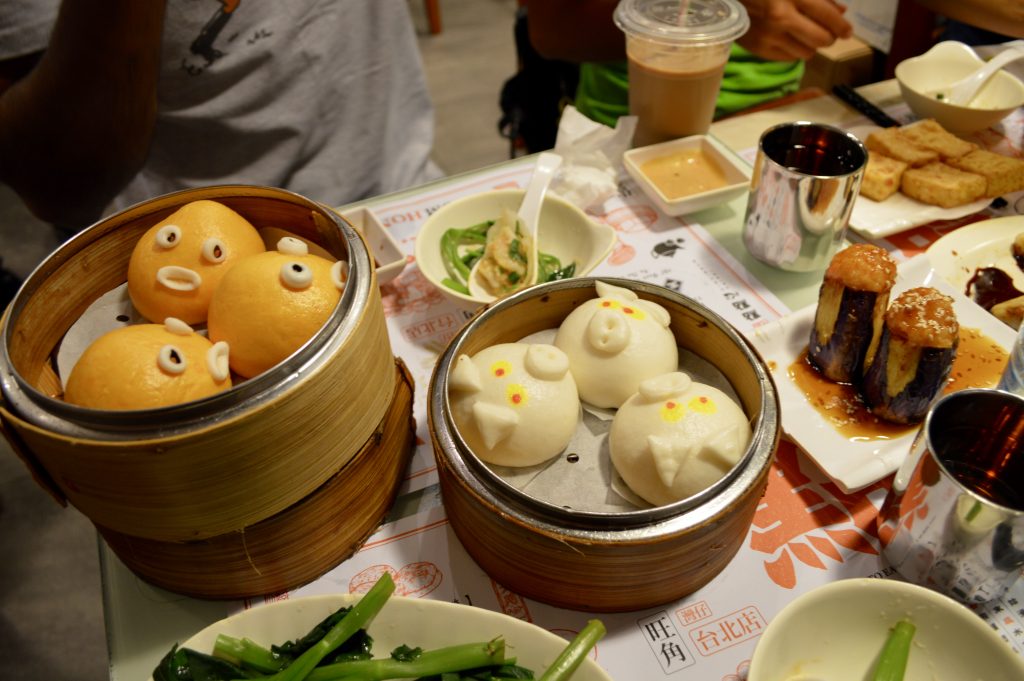 A small subset of the mind blowingly amazing dim sum we consumed that evening (Sept. 2016). 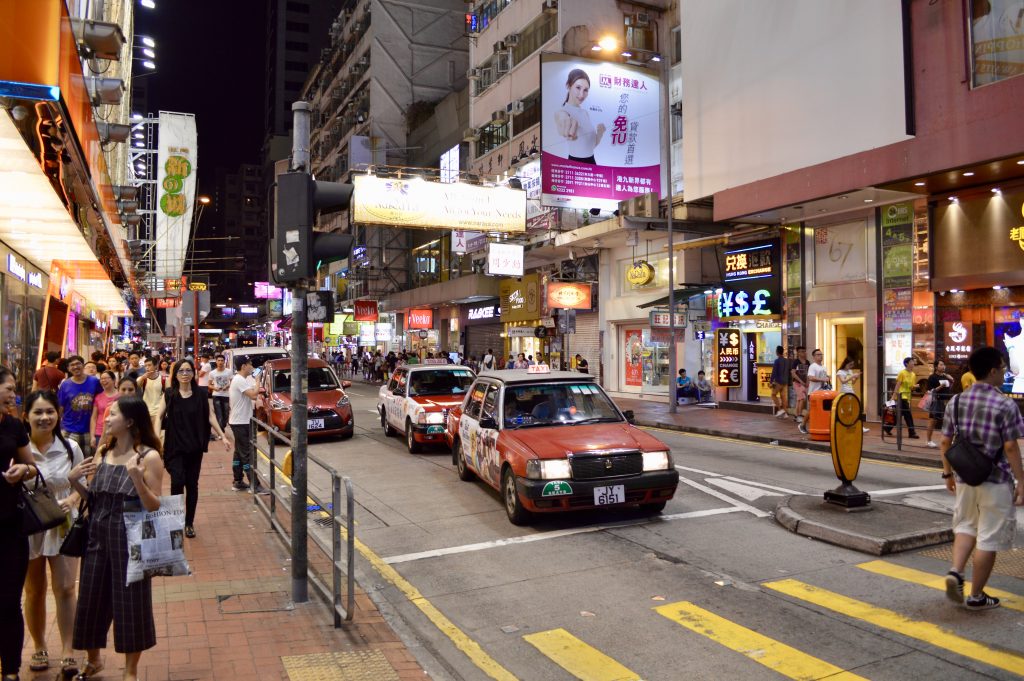 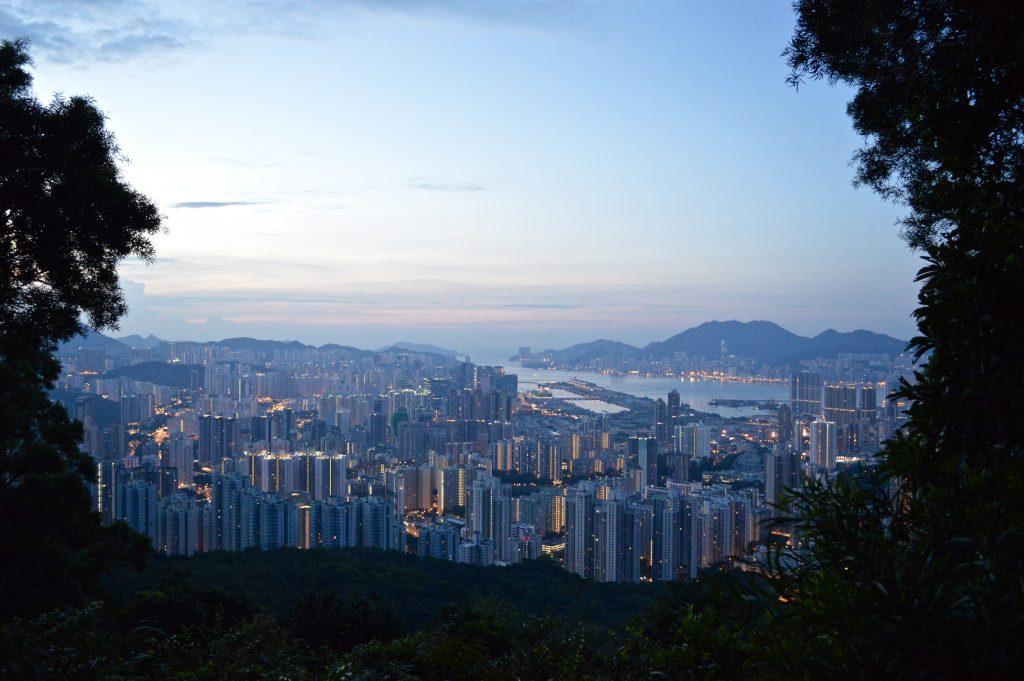 View of Hong Kong waking up taken during our pre-dawn hike up to Lion Rock (Sept. 2016). 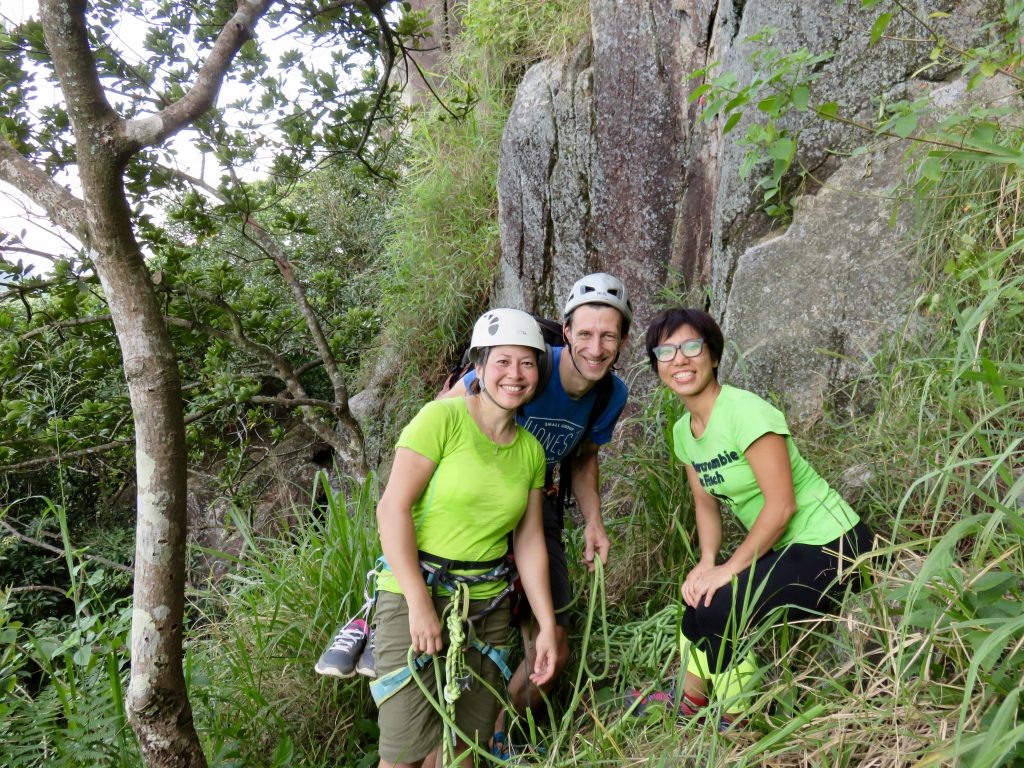 Karen, Shirley and some punk at the base of Lion Rock. After dropping us off at the base, Ron and Karen hiked up to the summit where we met them (Sept. 2016). 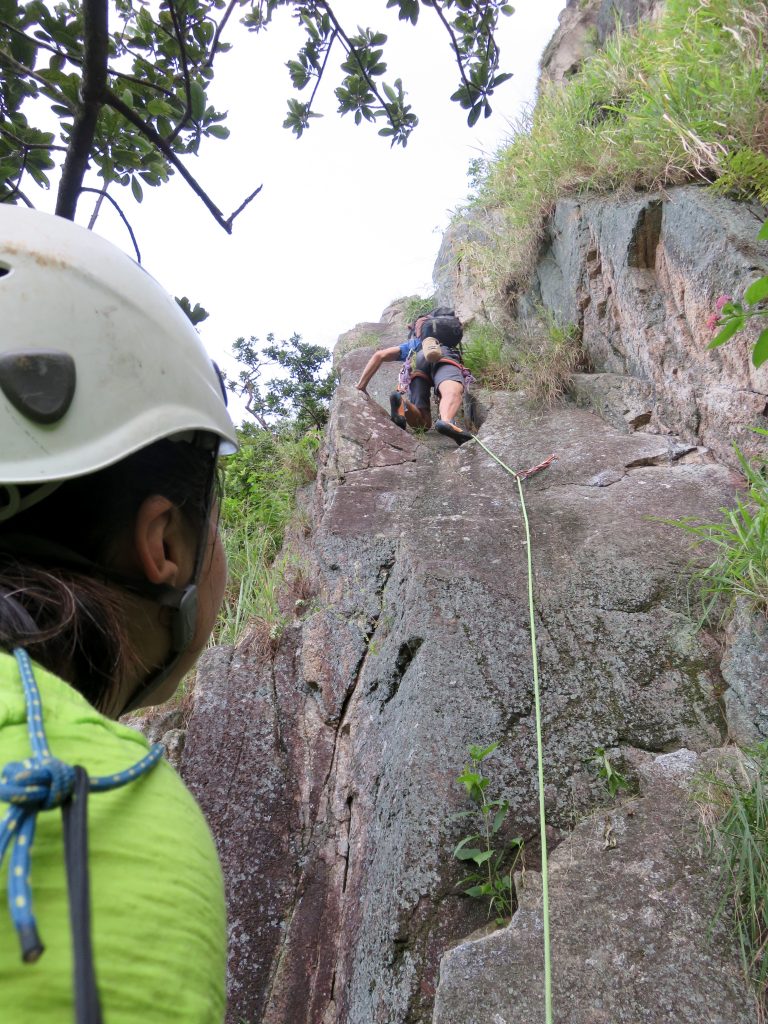 Starting up the Prelude pitch to access the start of Gweilo. Photo by Ron or Karen (Sept. 2016). 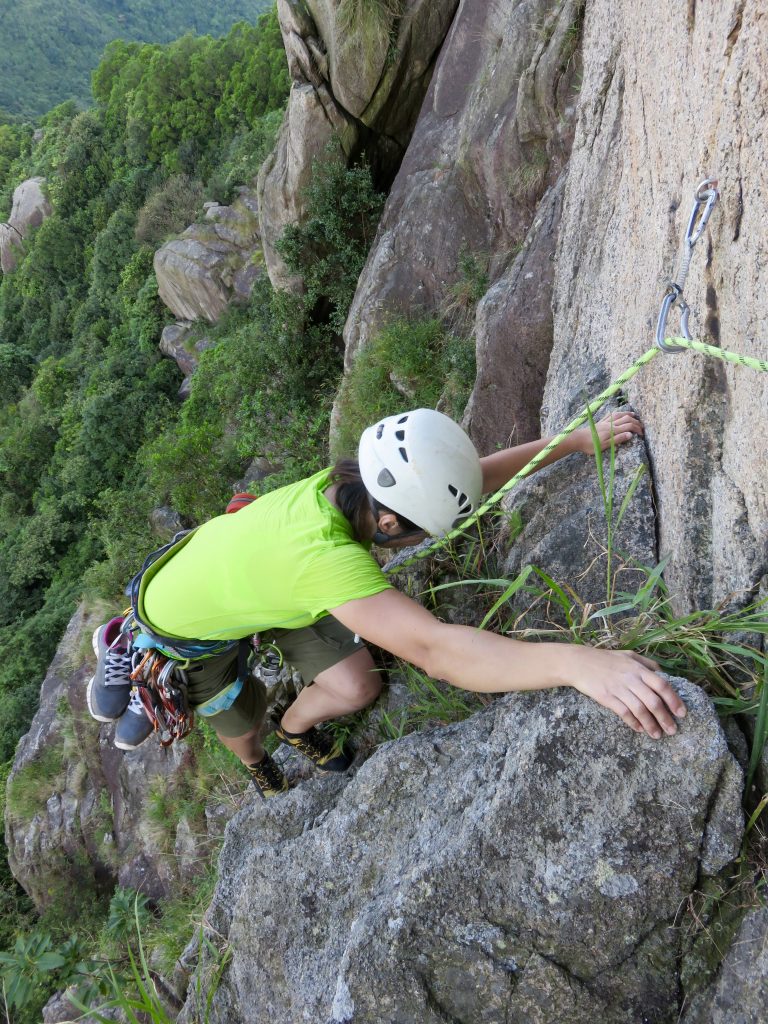 Shirley topping out on the first pitch of Gweilo (Sept. 2016). 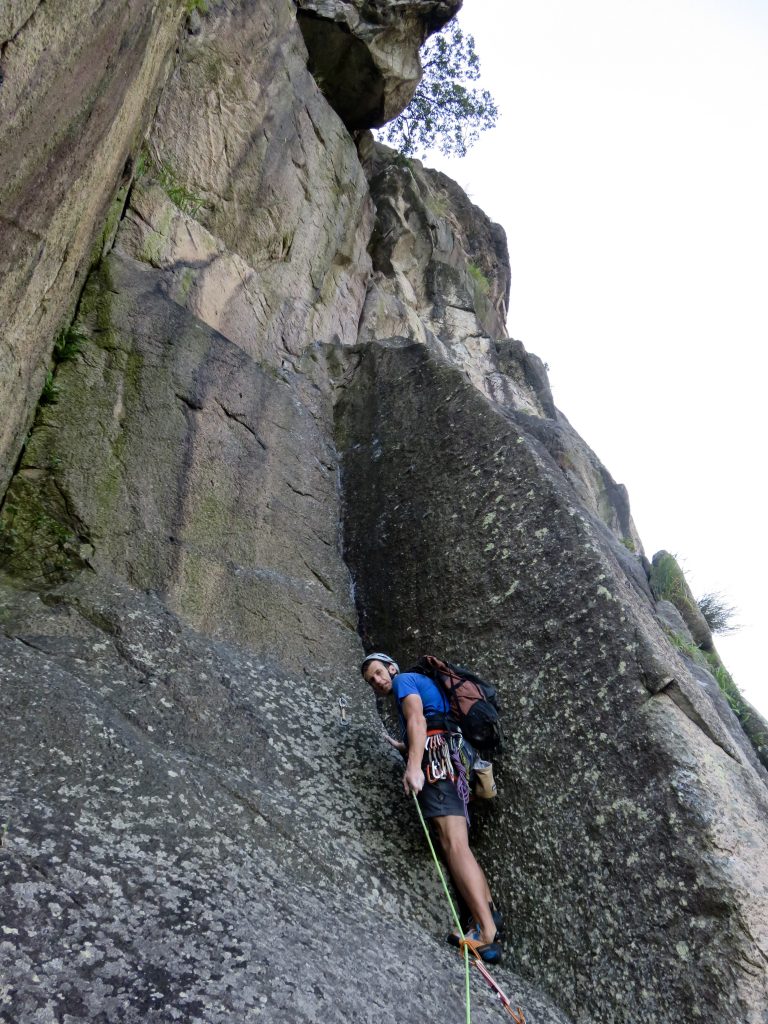 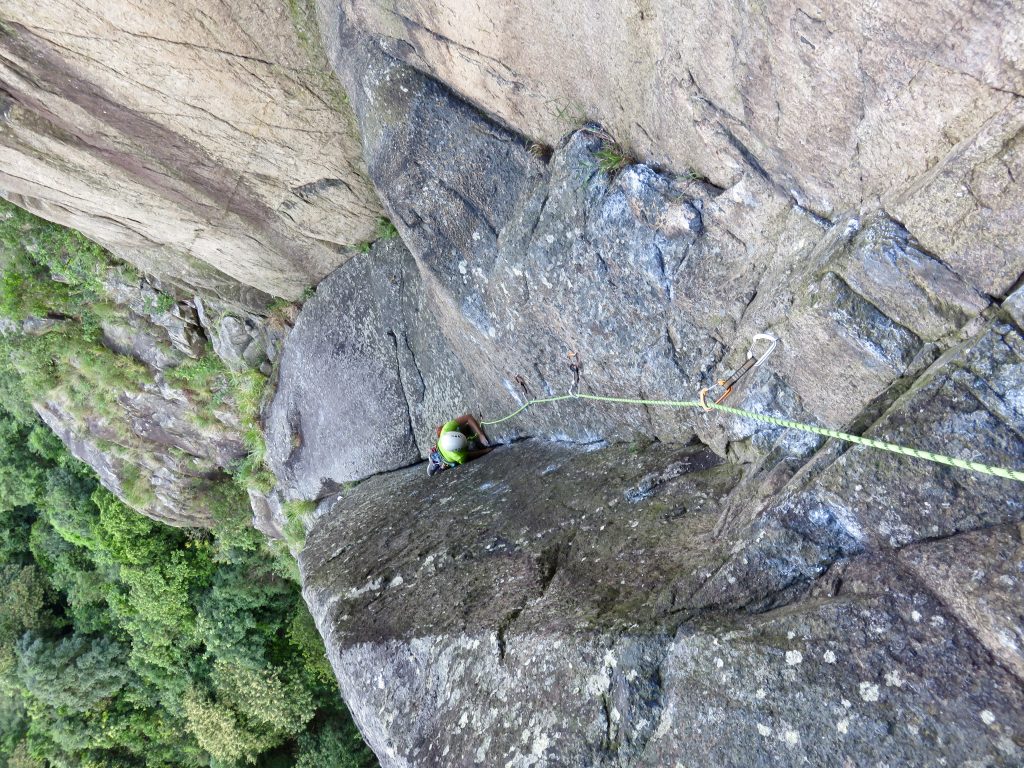 View of Hong Kong from Lion Rock in the early morning (Sept. 2016). 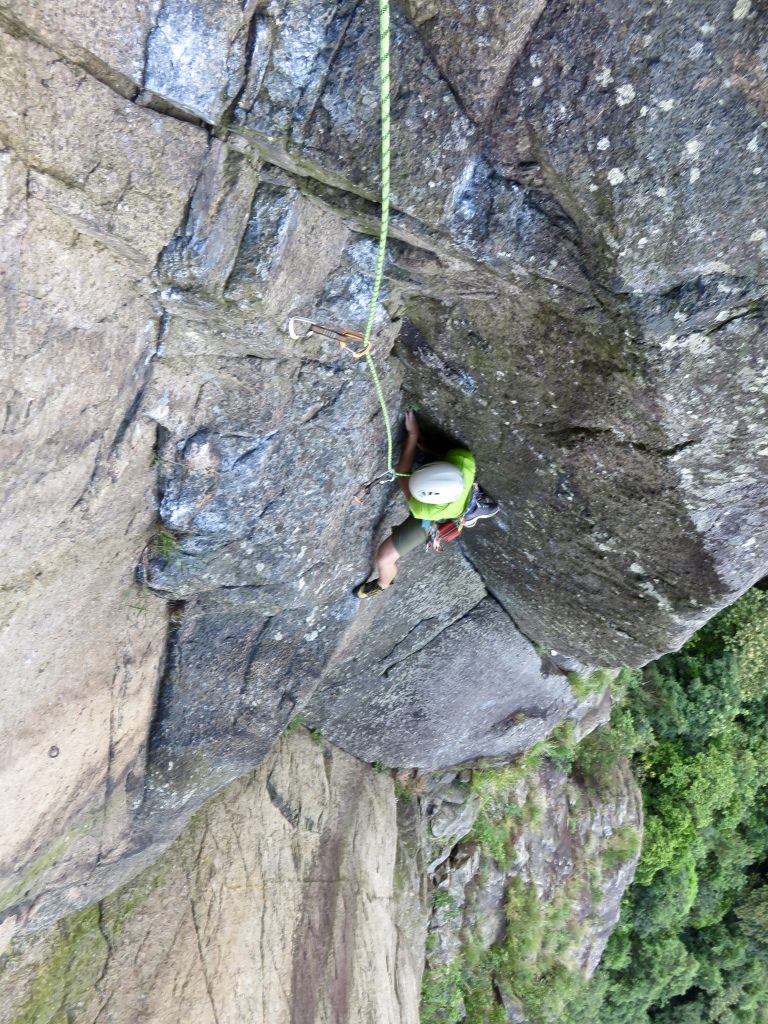 Loving the jam crack (after a long stretch of steep Chinese limestone). 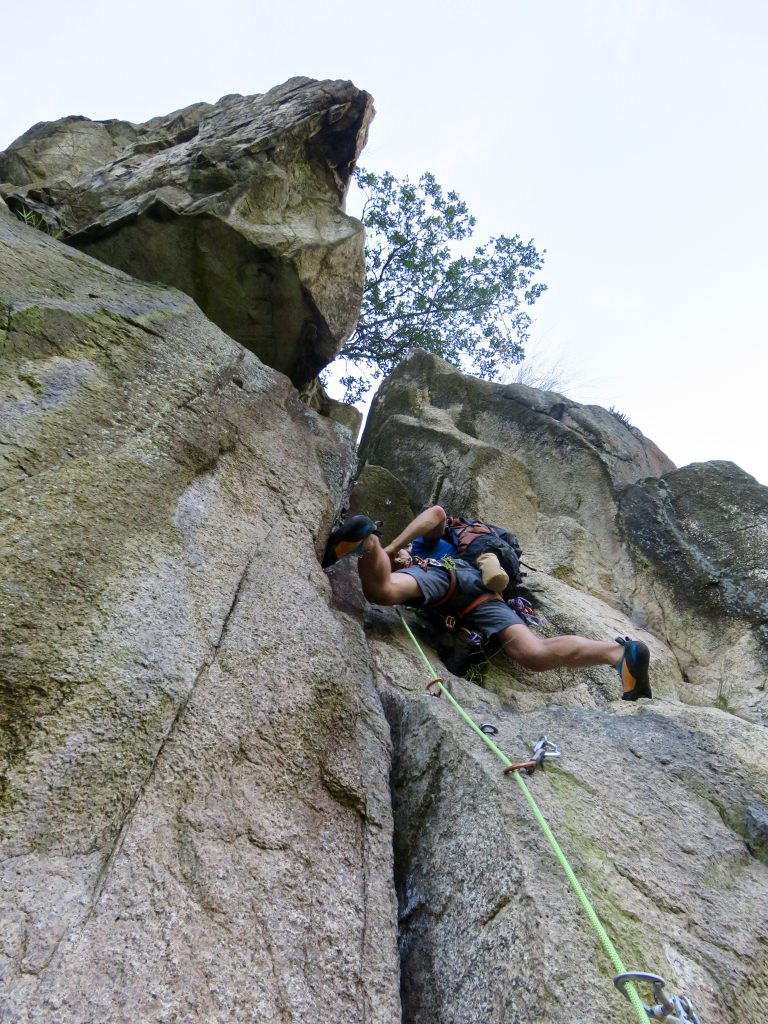 For the fourth pitch of the day, we continued up Wards Grooves. This is the slick crux pitch (Sept. 2016). 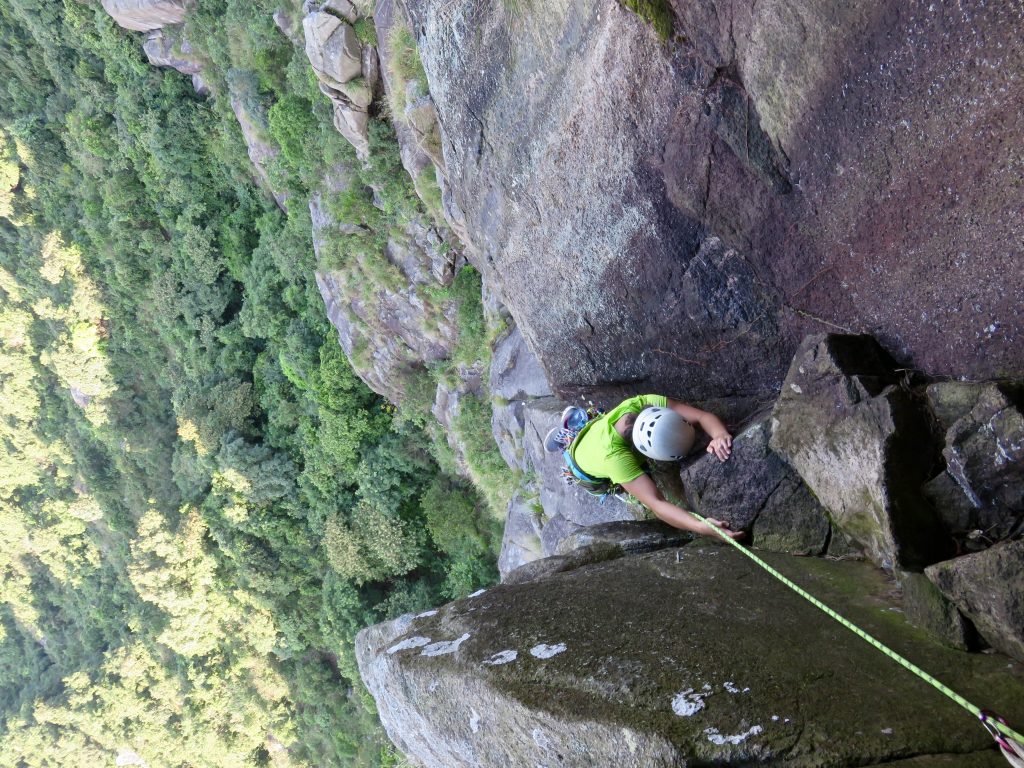 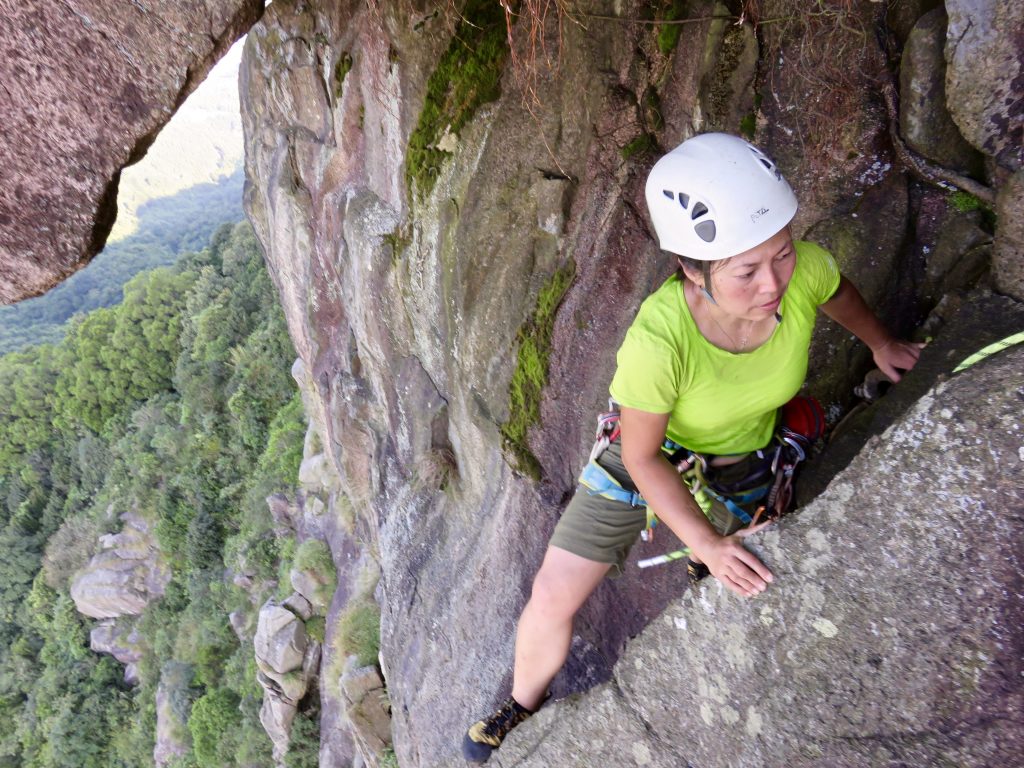 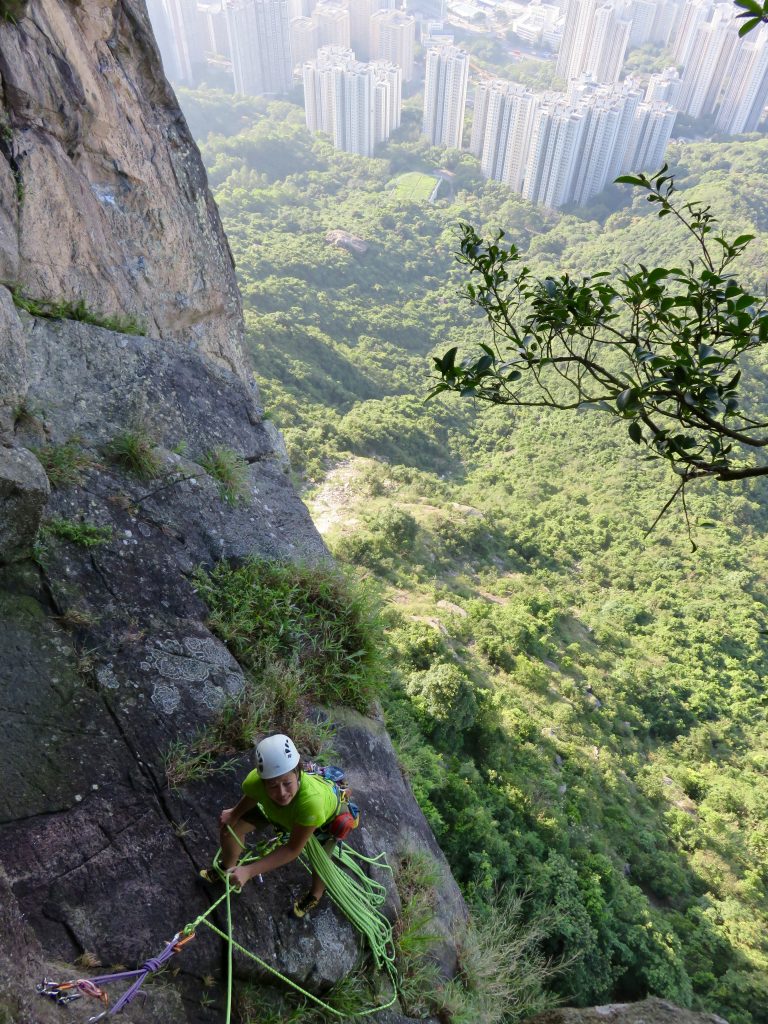 Shirley and Hong Kong as seen from the lead of the 5th and final pitch (Sept. 2016). 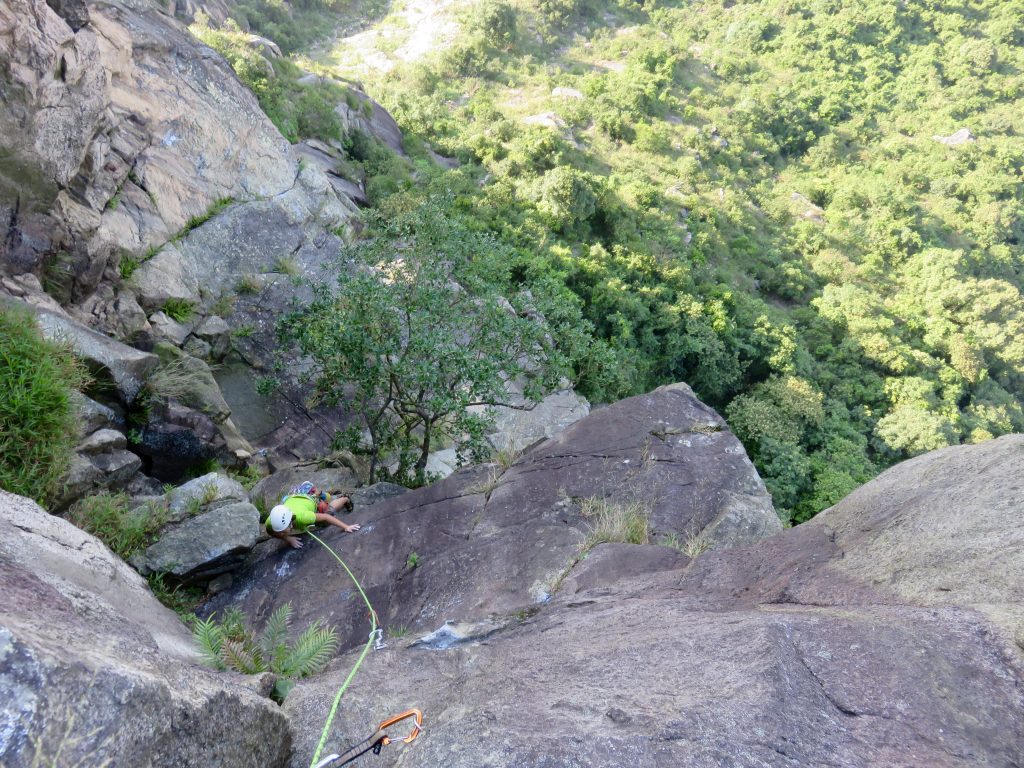 Shirley following the top out pitch of Wards Grooves (Sept. 2016). 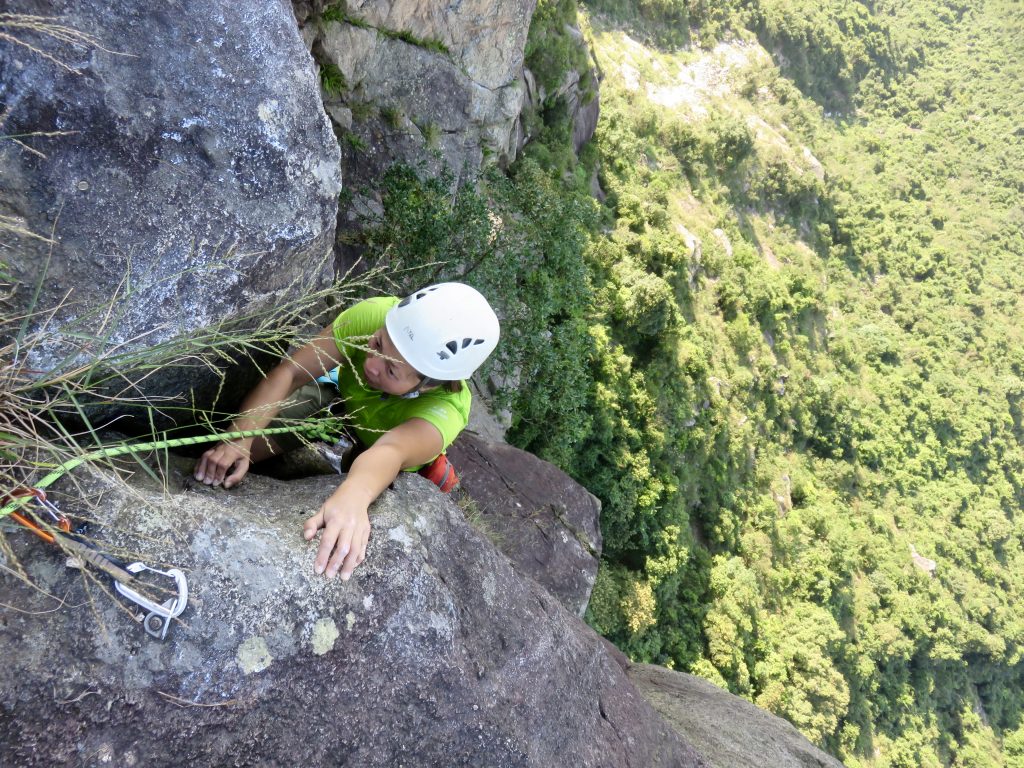 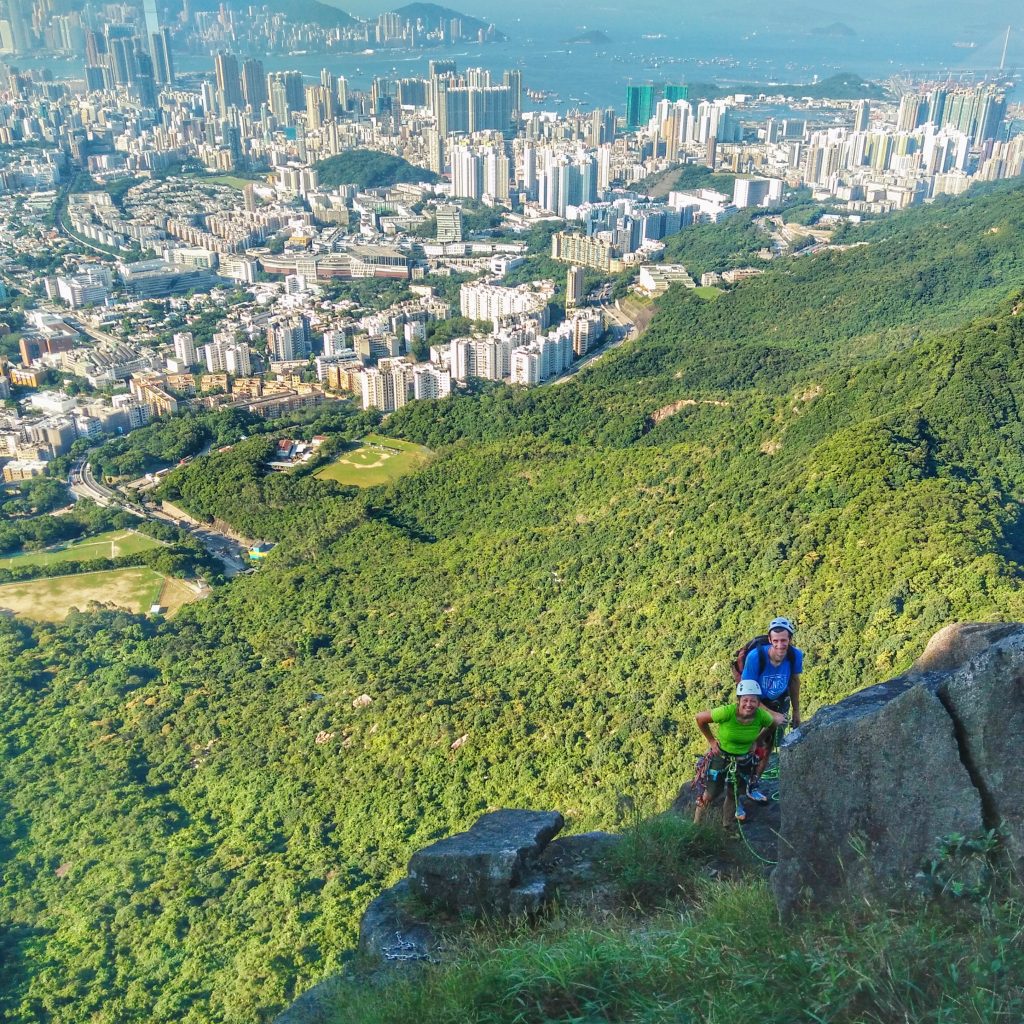 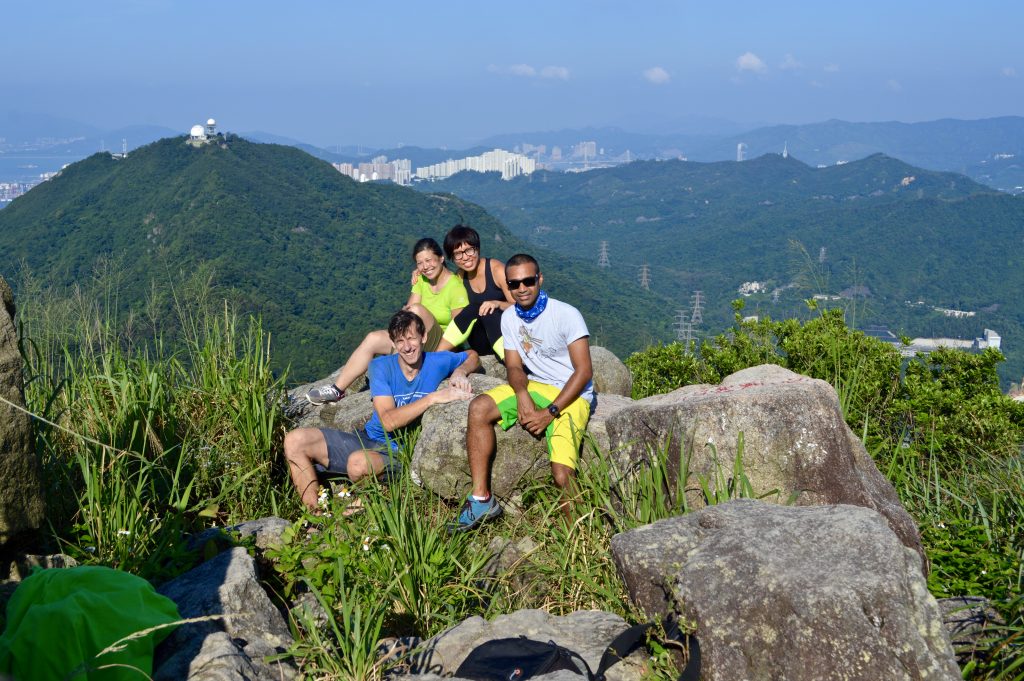 Group shot on the summit of Lion Rock. Those 18 hours in Hong Kong were really fun! Thanks guys!! 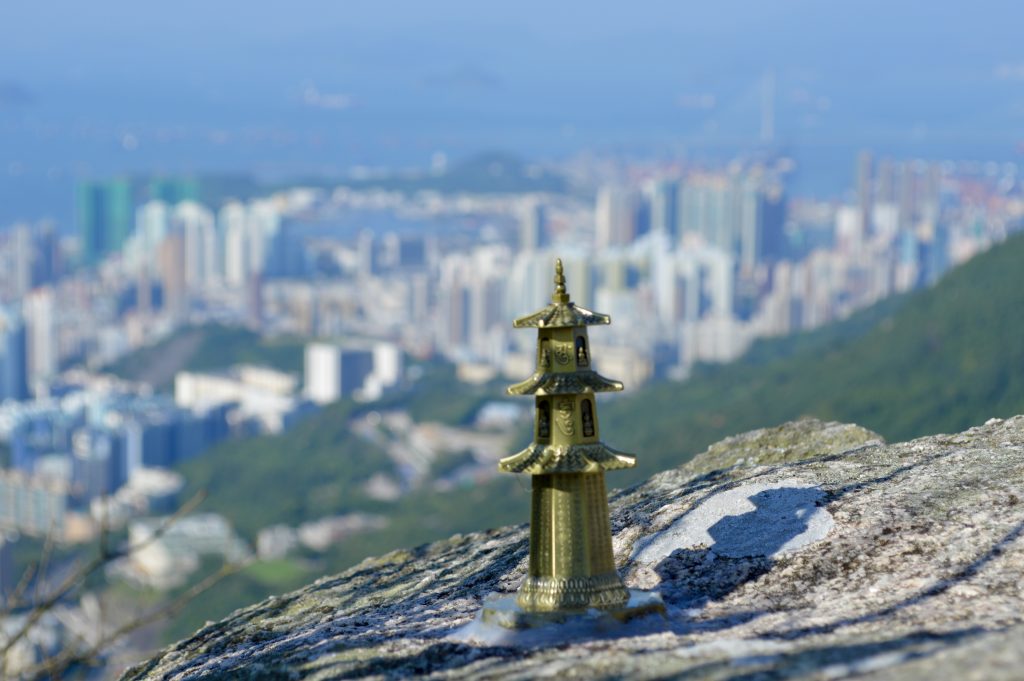 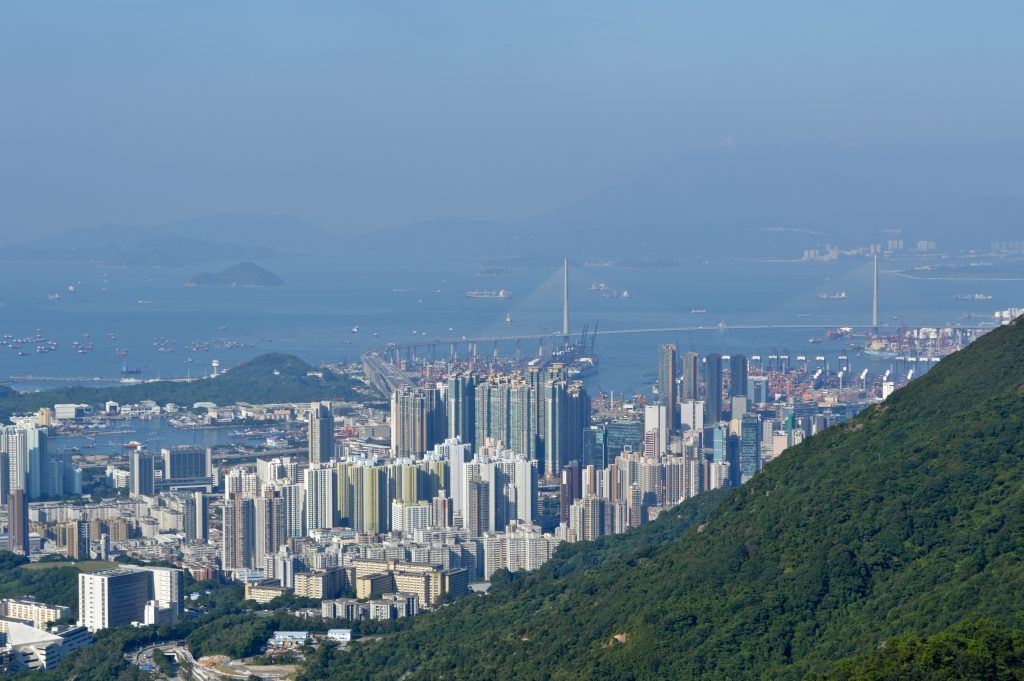 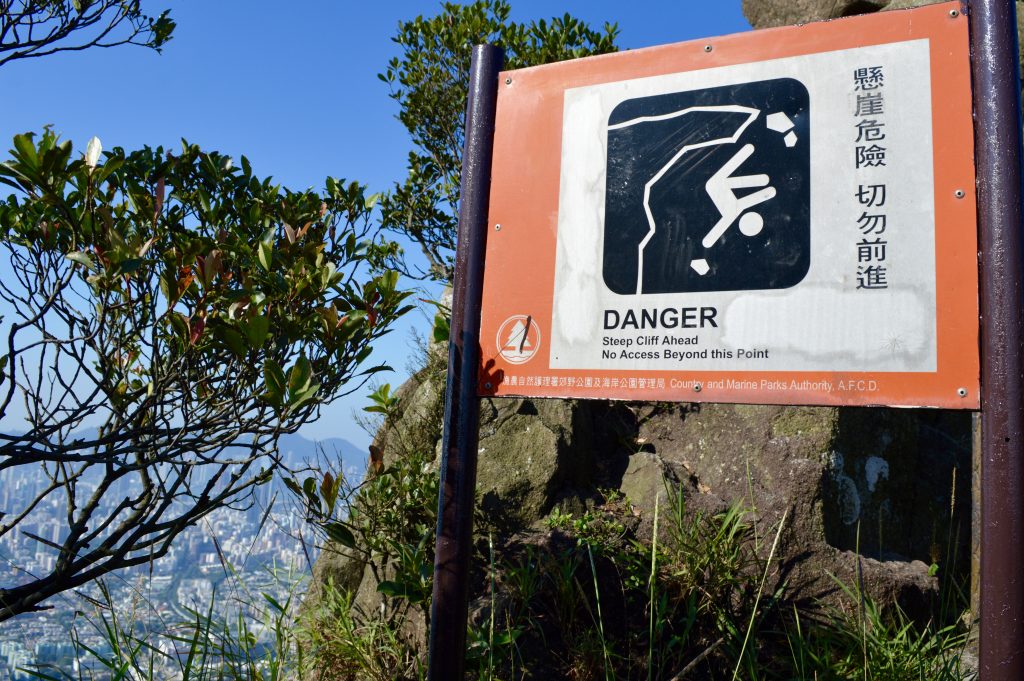 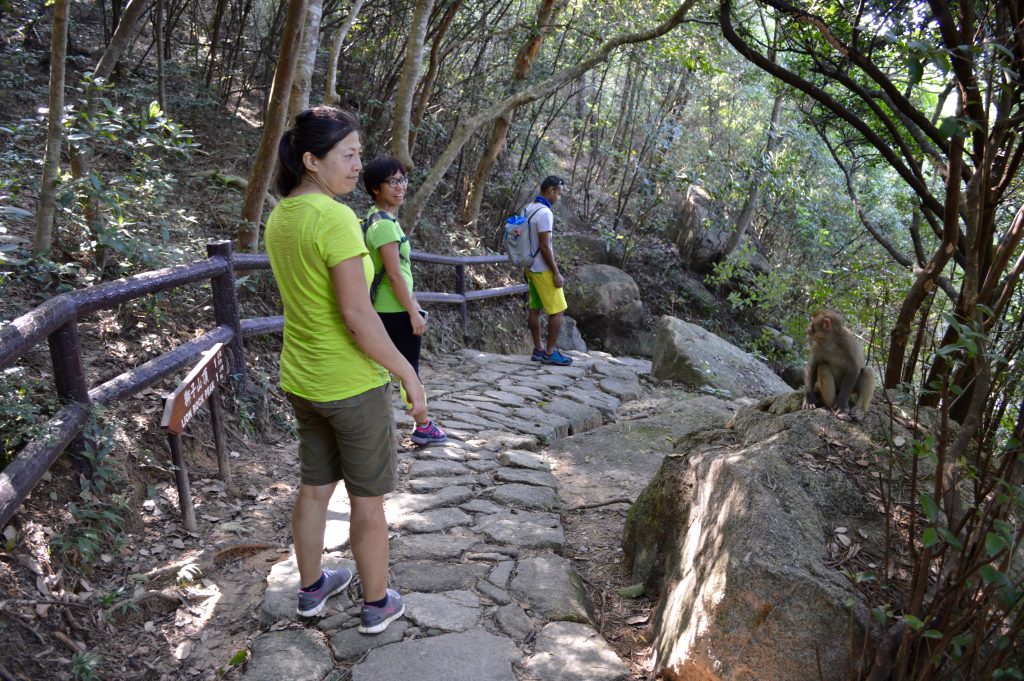 We ran into some wildlife on the hike down from Lion Rock (Sept. 2016). 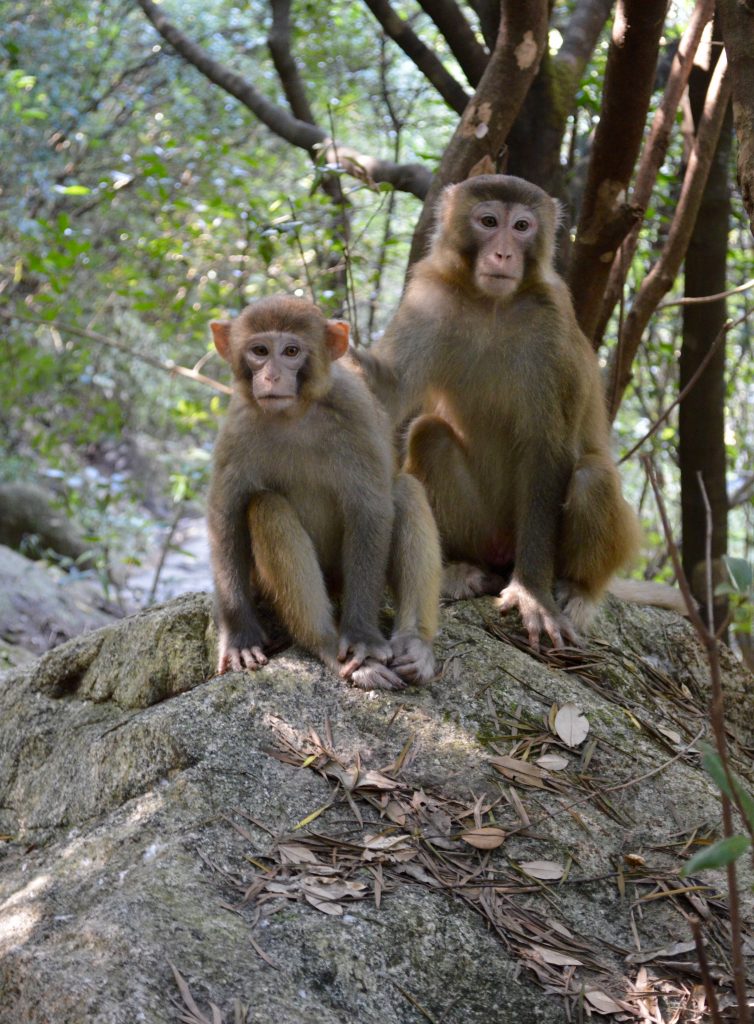 If you enjoy photos of monkeys, check out the subsequent Bali page… 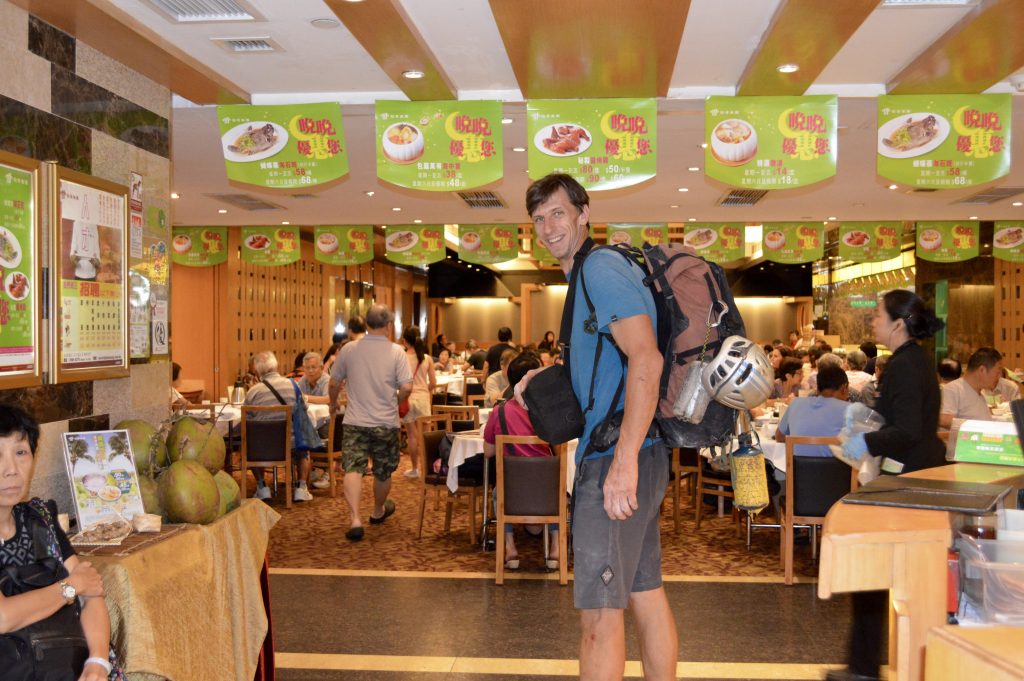 An hour after topping out on Lion Rock, we were back in the city and about to enjoy another marathon session of excellent dim sum consumption (Sept. 2016). 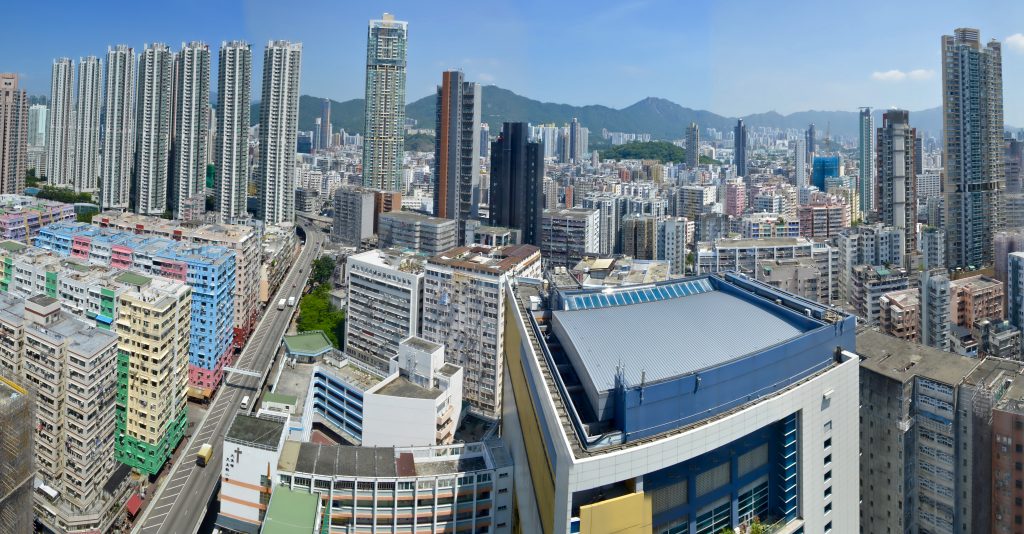 Views from our 29th story hotel room window. We should’ve swapped a day or two of Bali time for climbing and eating our way across Hong Kong (Sept. 2016). 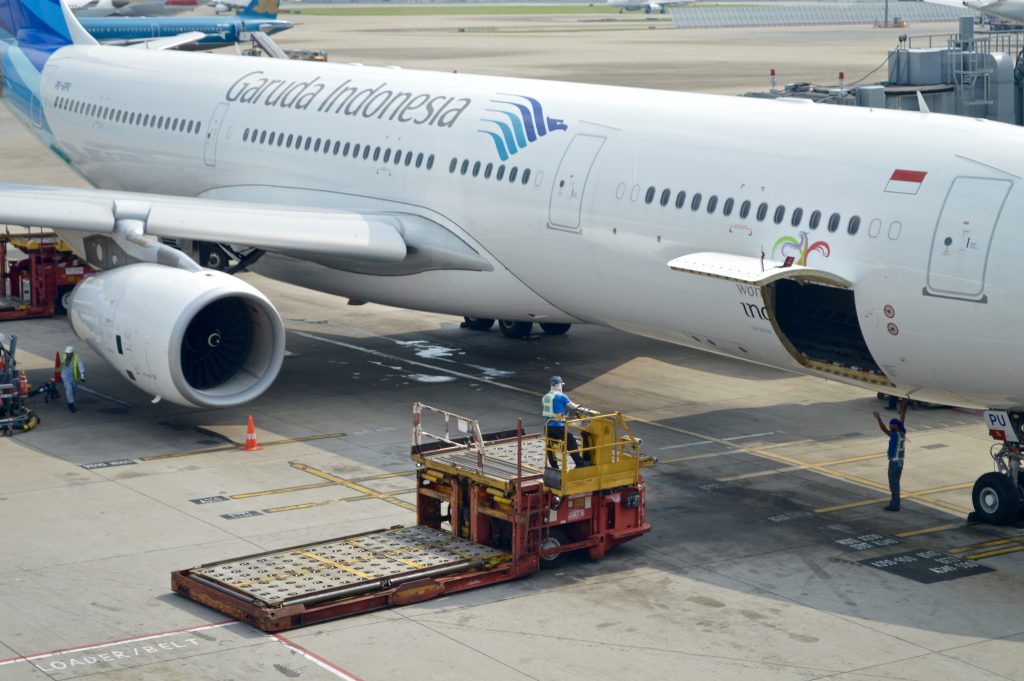 And then the eventful layover came to and end and it was time to head south to Bali (Sept. 2016).

Go to Bali.
Go back to China.