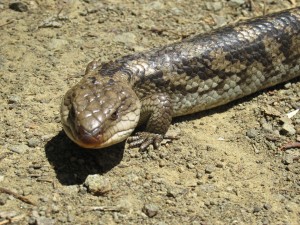 We made a half-assed attempt on the Tote’s aid route. Wrong mind set on my part…think more St. Peters Dome vs. Steins Pillar. Backed off and we bailed. We also went back to Mount Wellington and climbed the three-pitcher called Third Bird – a highly sandbagged if enjoyable 18. This time we had good weather and pretty views of Hobart some 1200 meters lower. 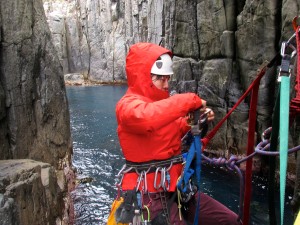 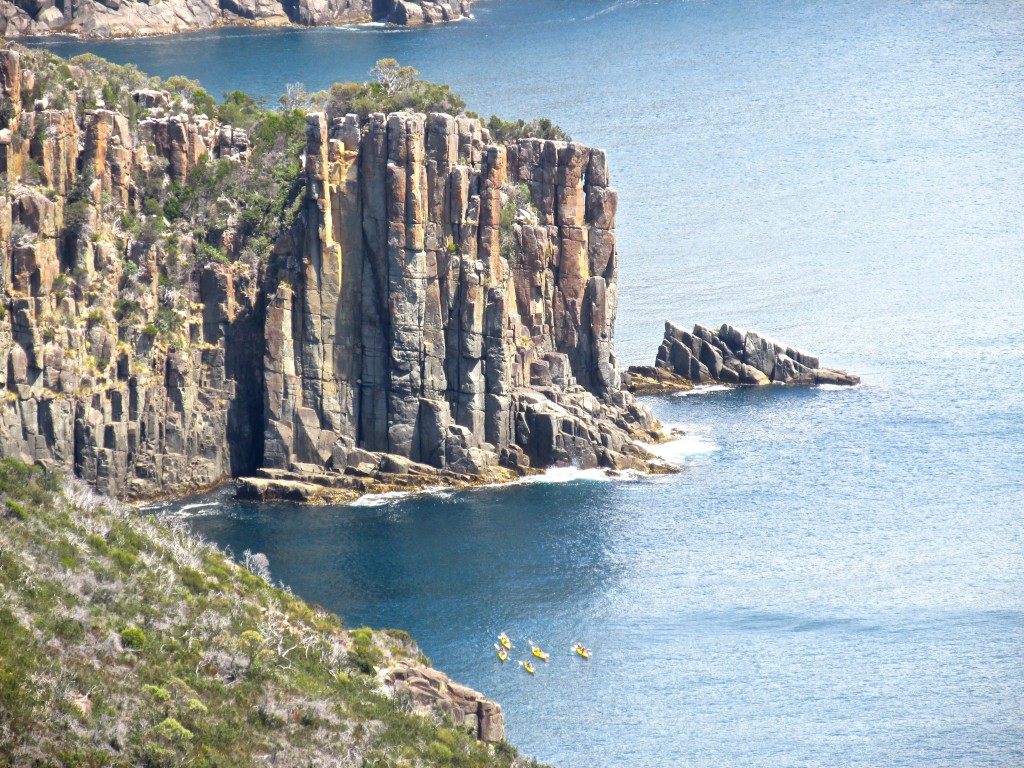 Some kayakers on the Fortescue Bay side of Cape Hauy (Jan. 2015). 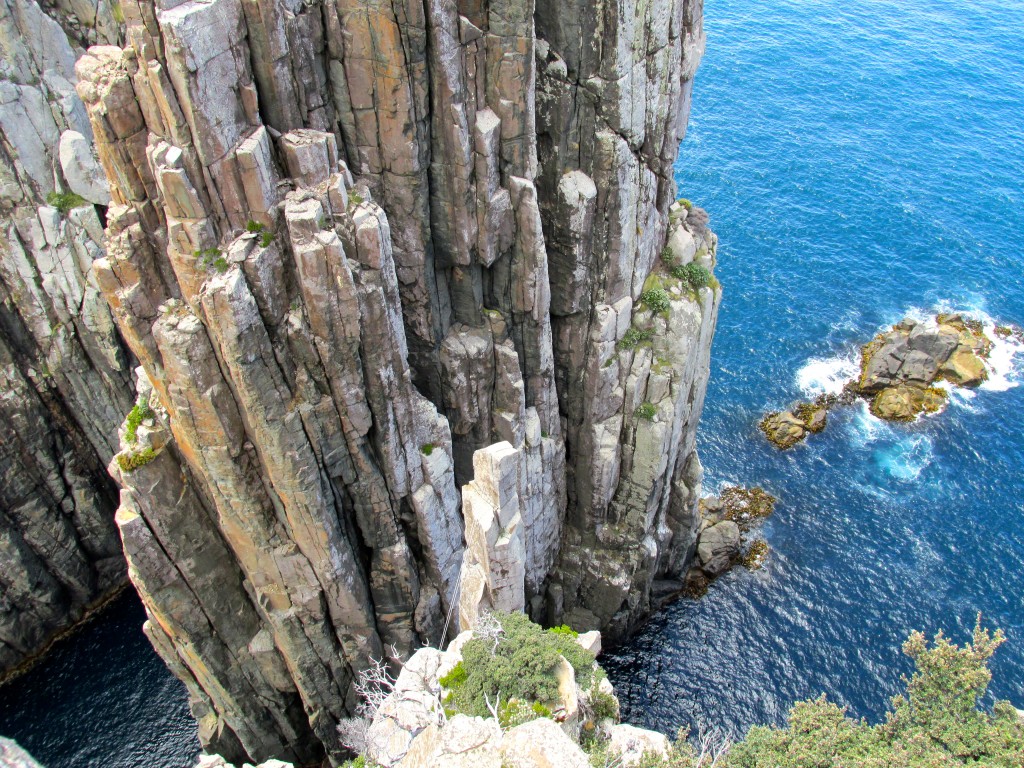 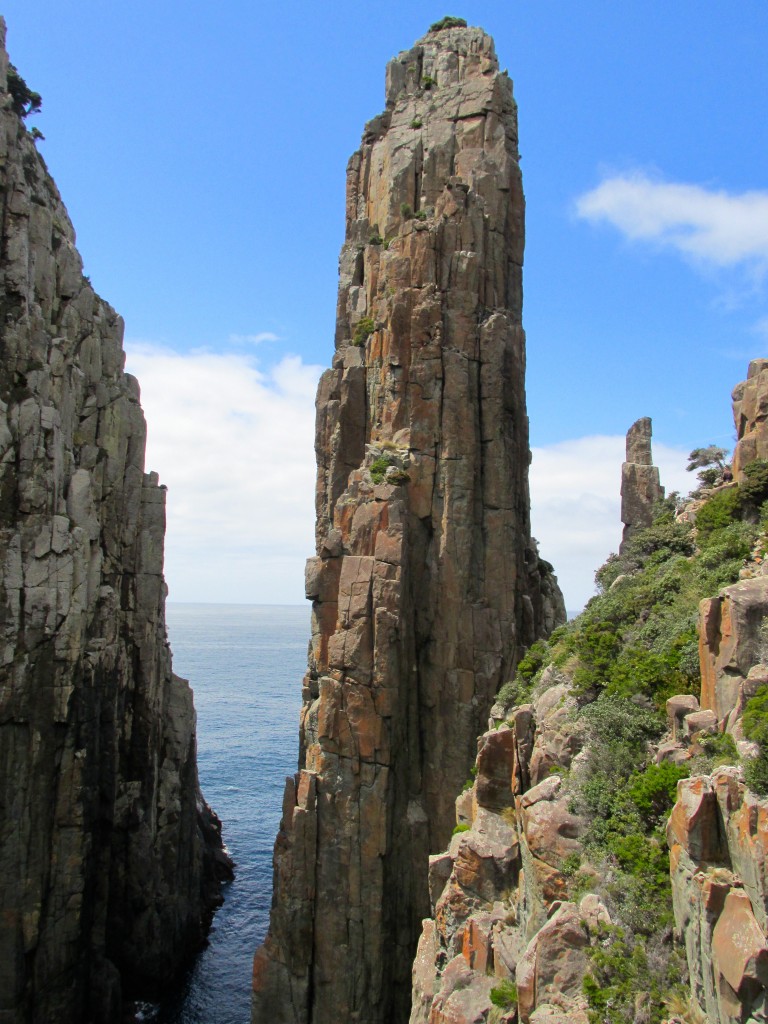 Candlestick (left) and The Totem Pole poking through on the right (Jan. 2015). 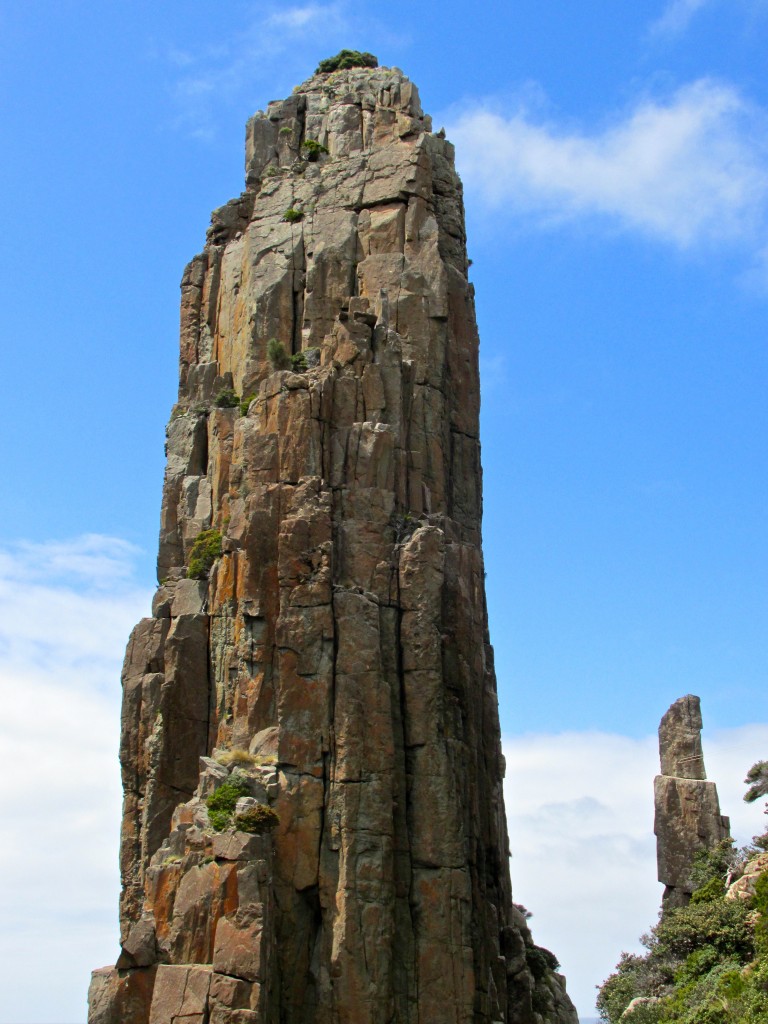 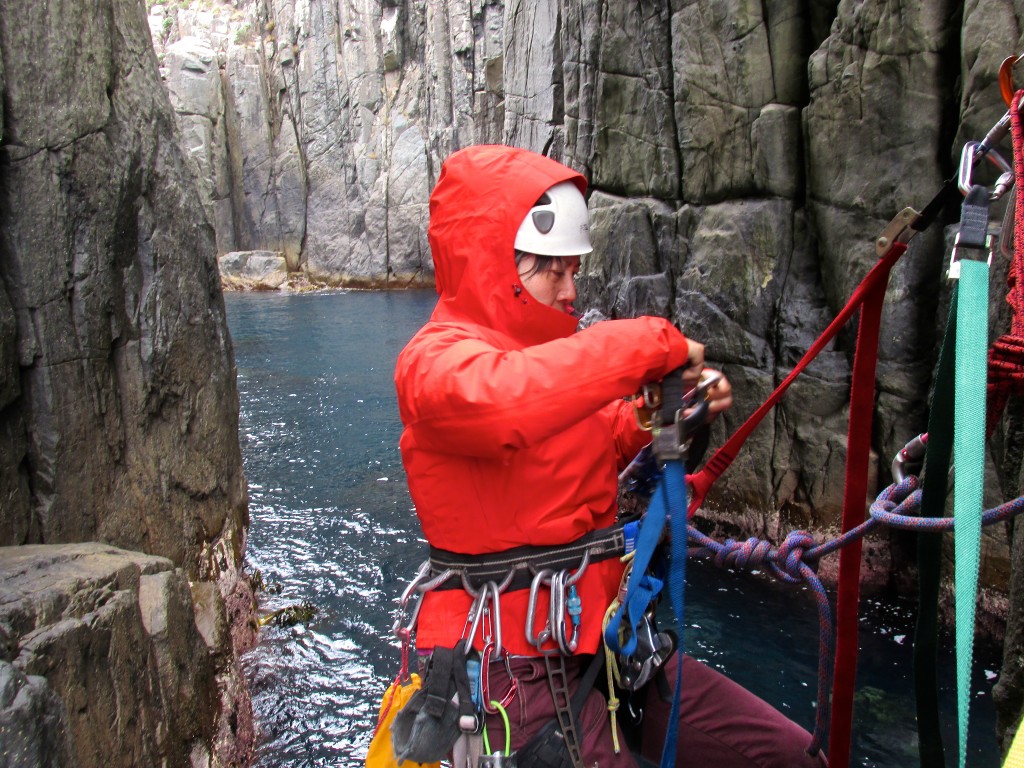 At the base of The Tote. 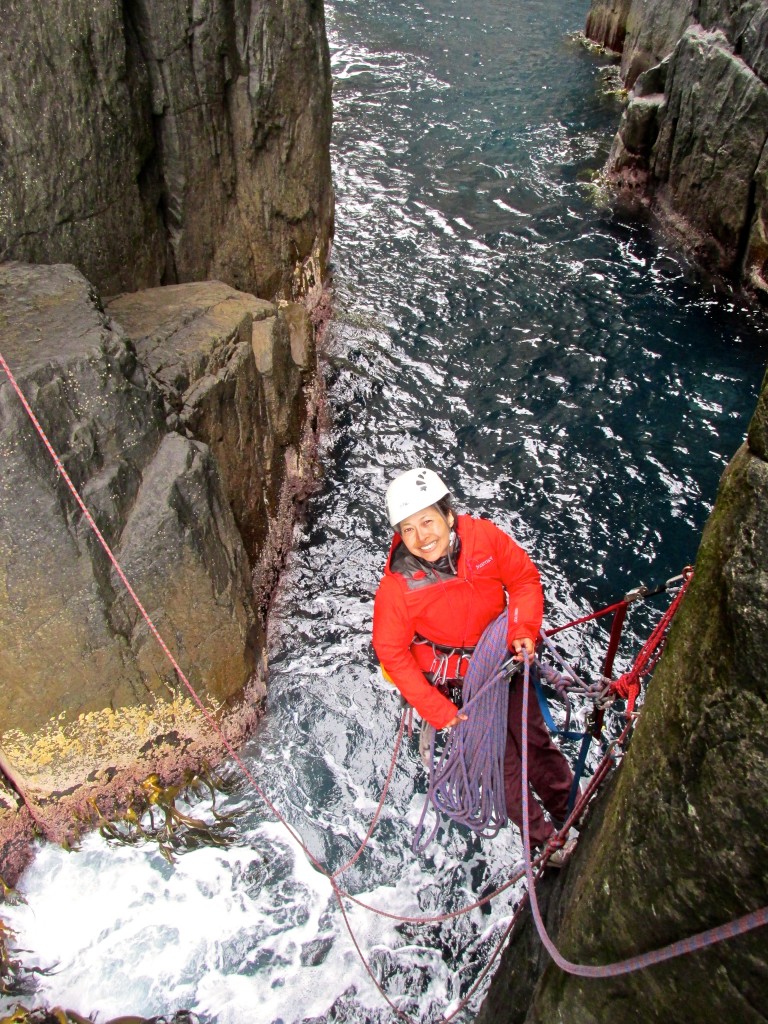 Start of the aid route fail on The Tote. 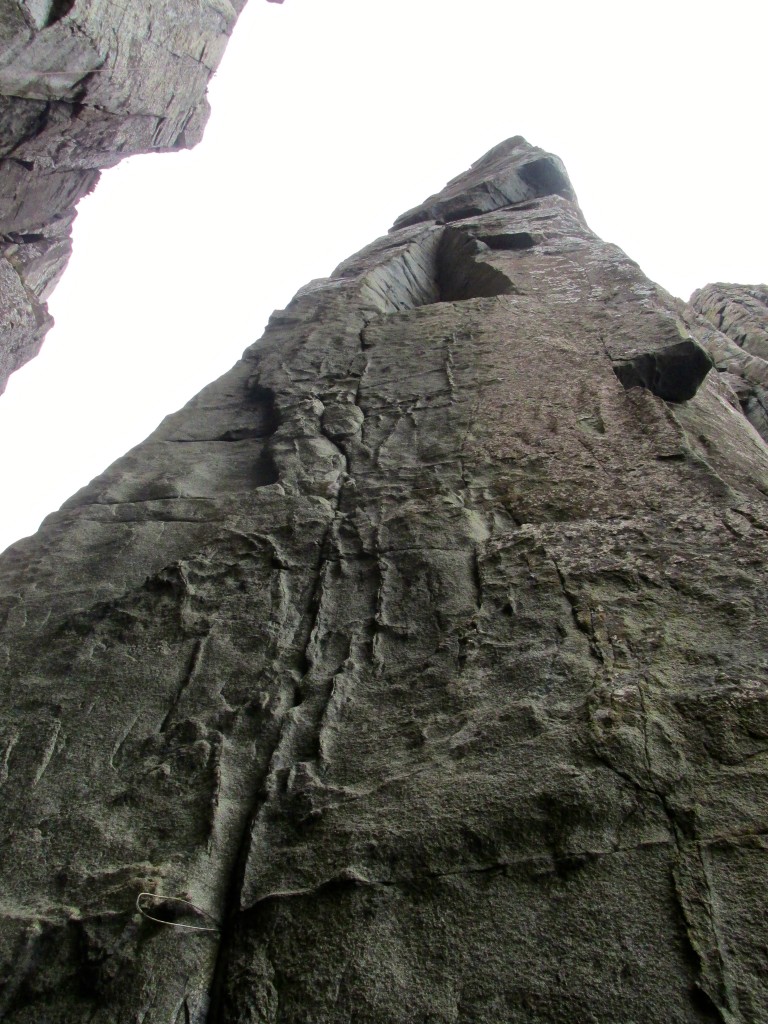 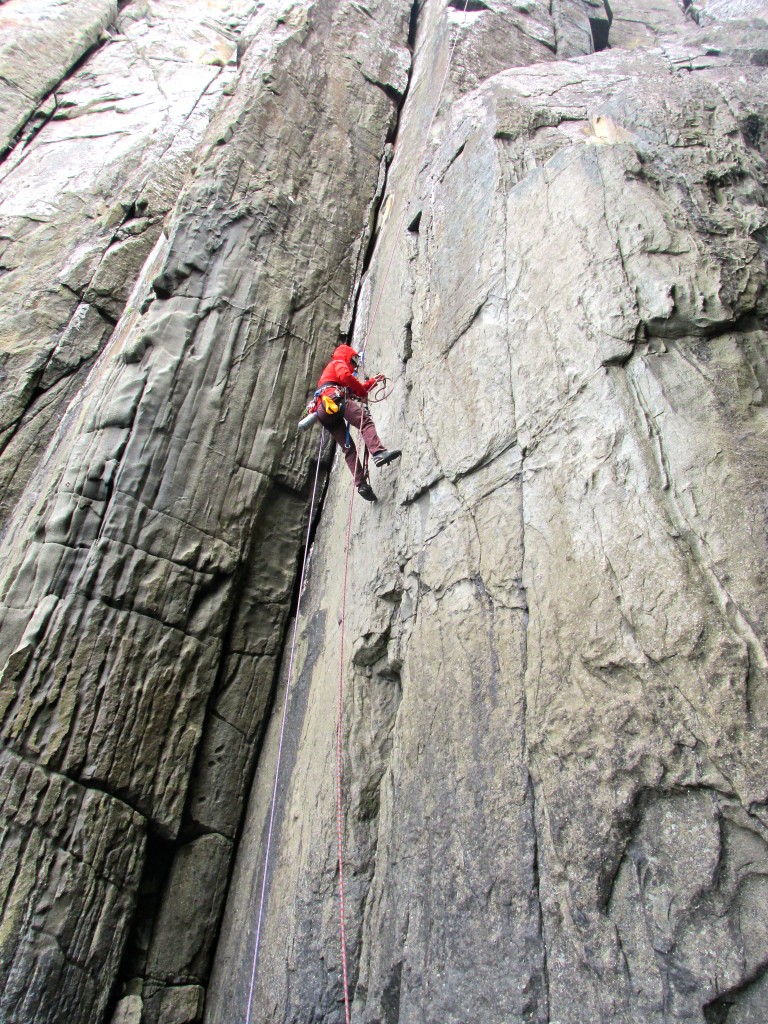 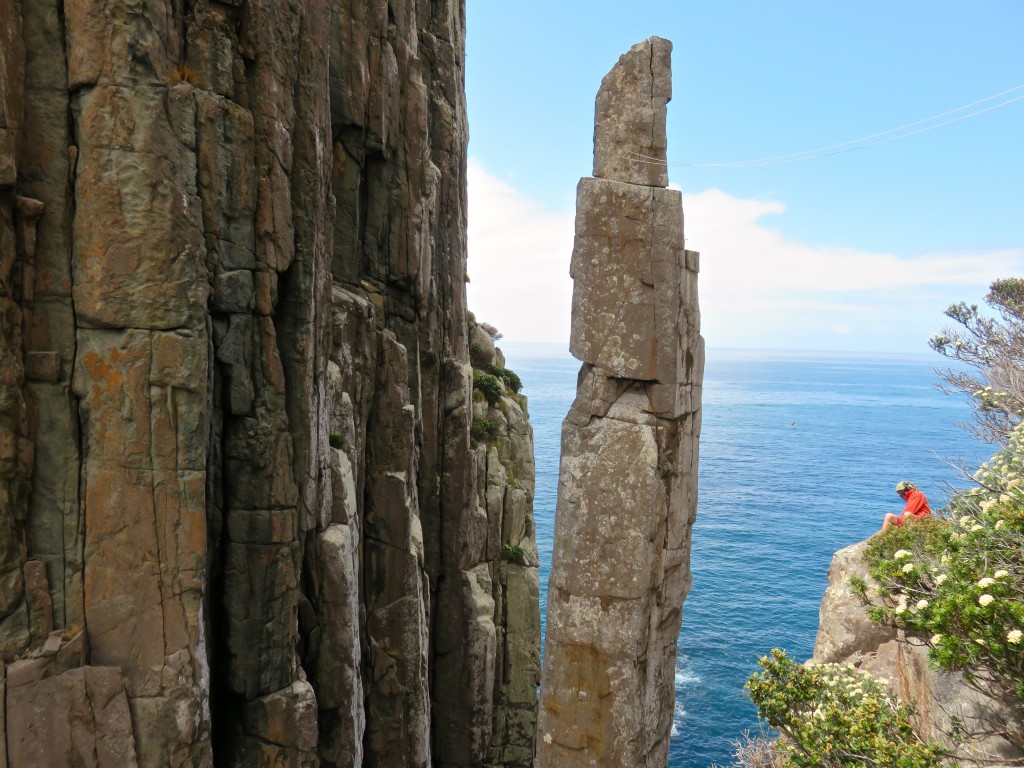 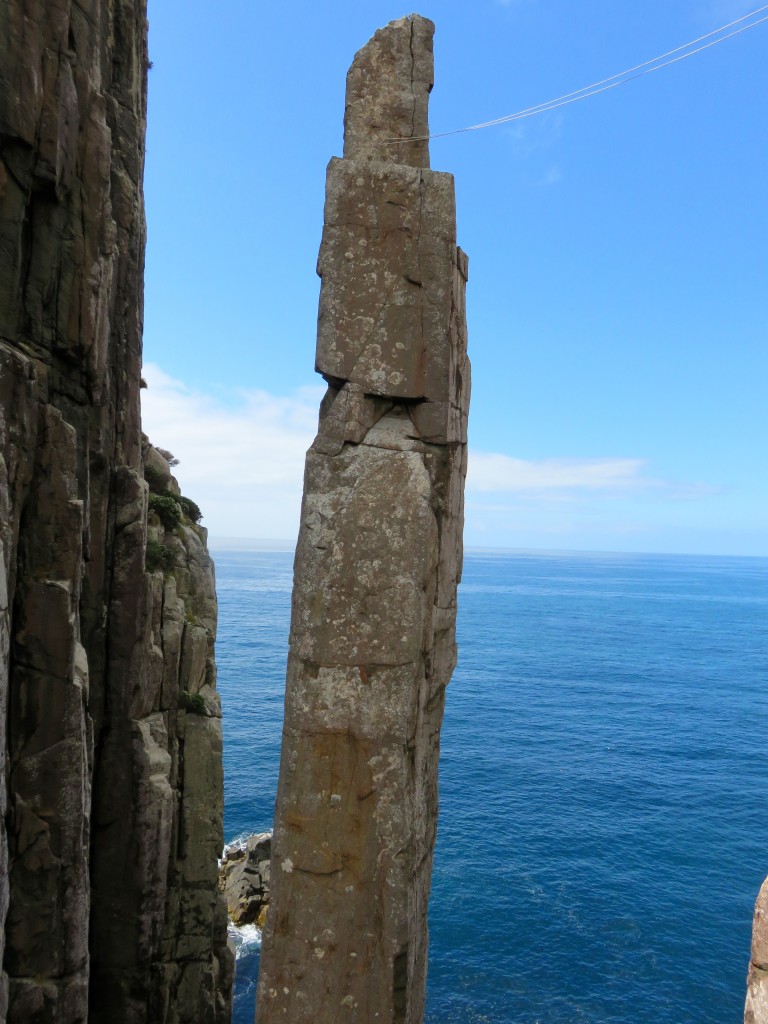 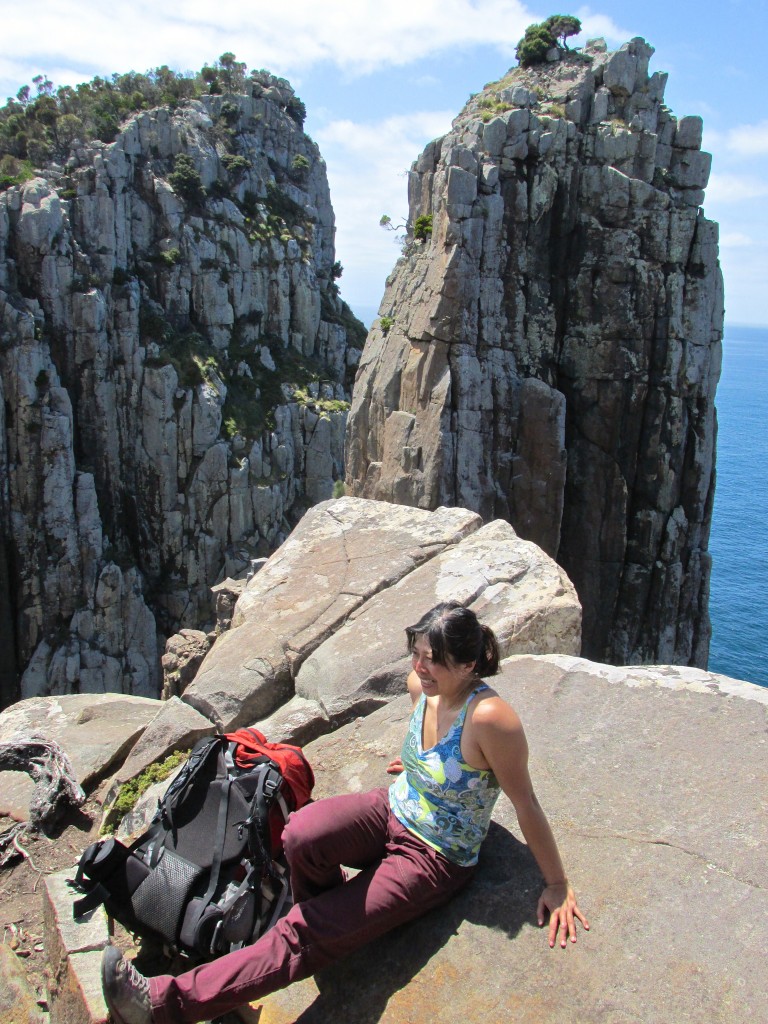 Shirley chilling with The Candlestick and Mitre Island visible beyond (Jan. 2015). 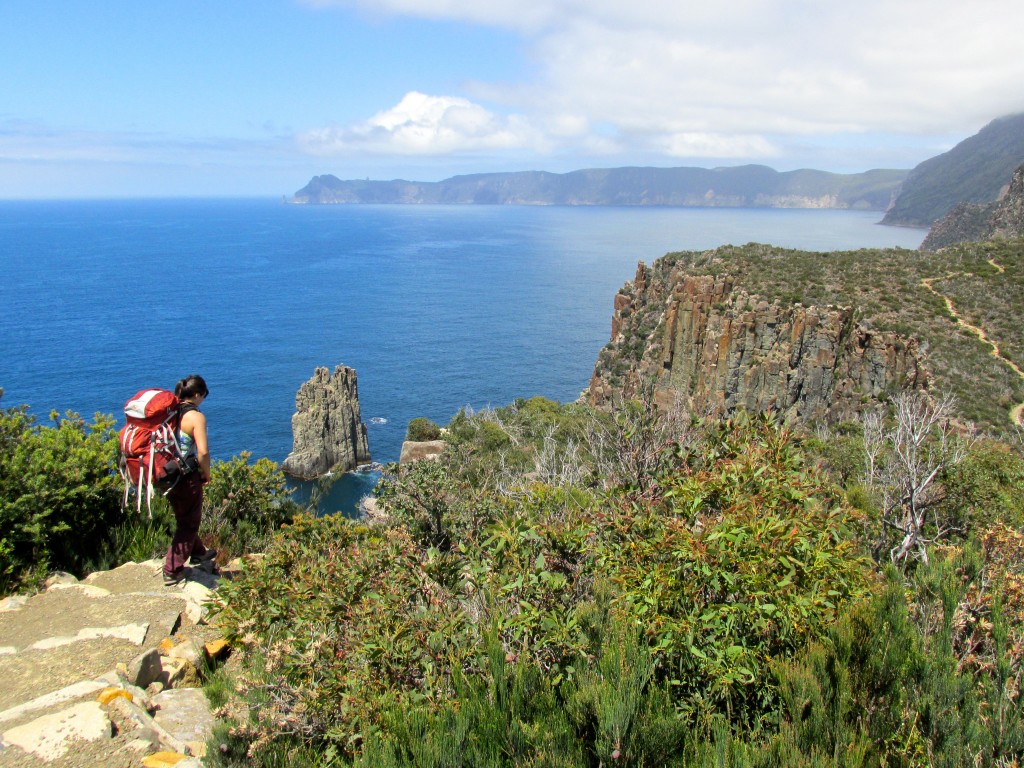 Hiking back along Cape Hauy. The Monument Stack is visible below (100 m swim required). 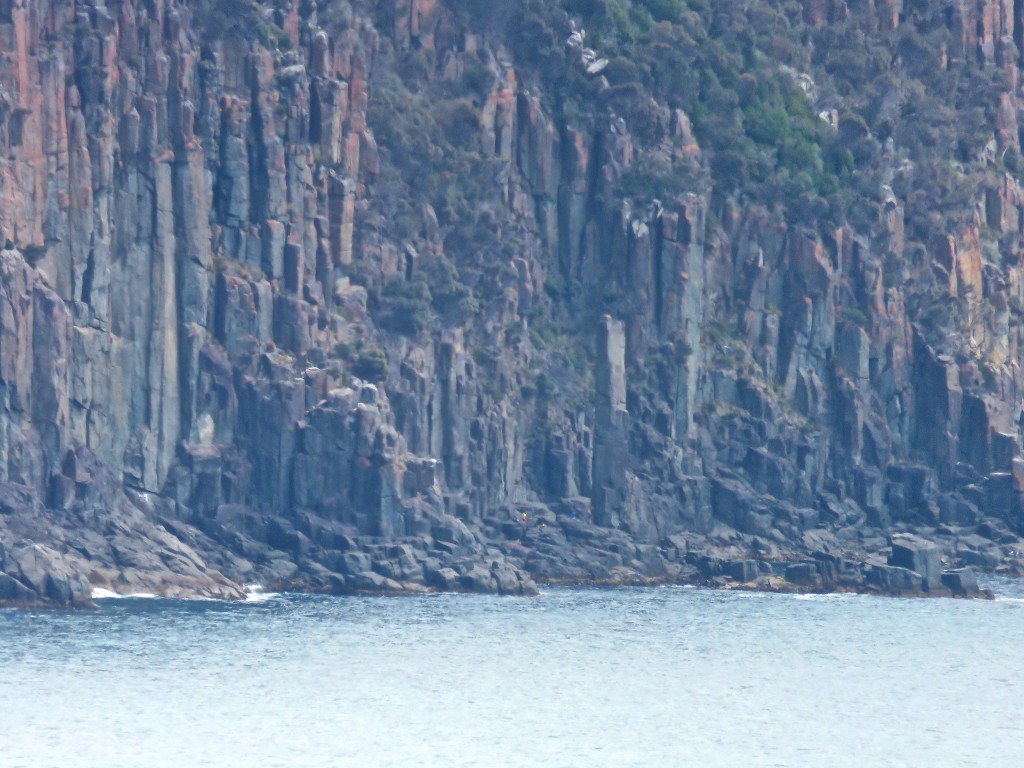 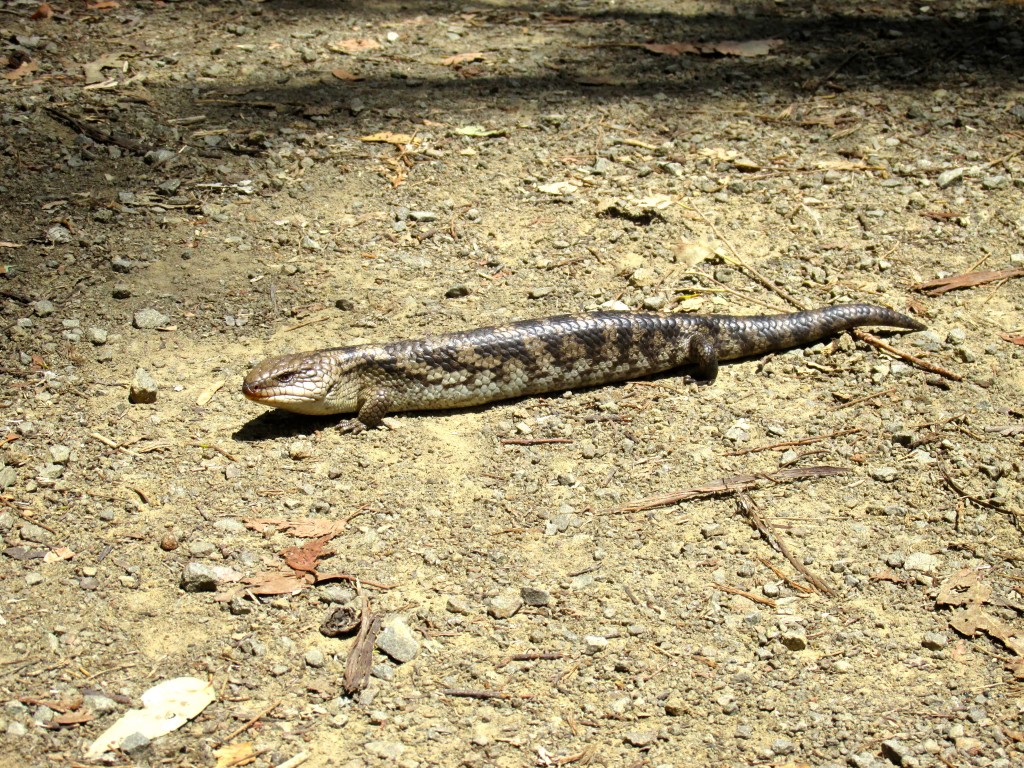 An half-meter long lizard crossing our trail on the hike out (Jan. 2015). 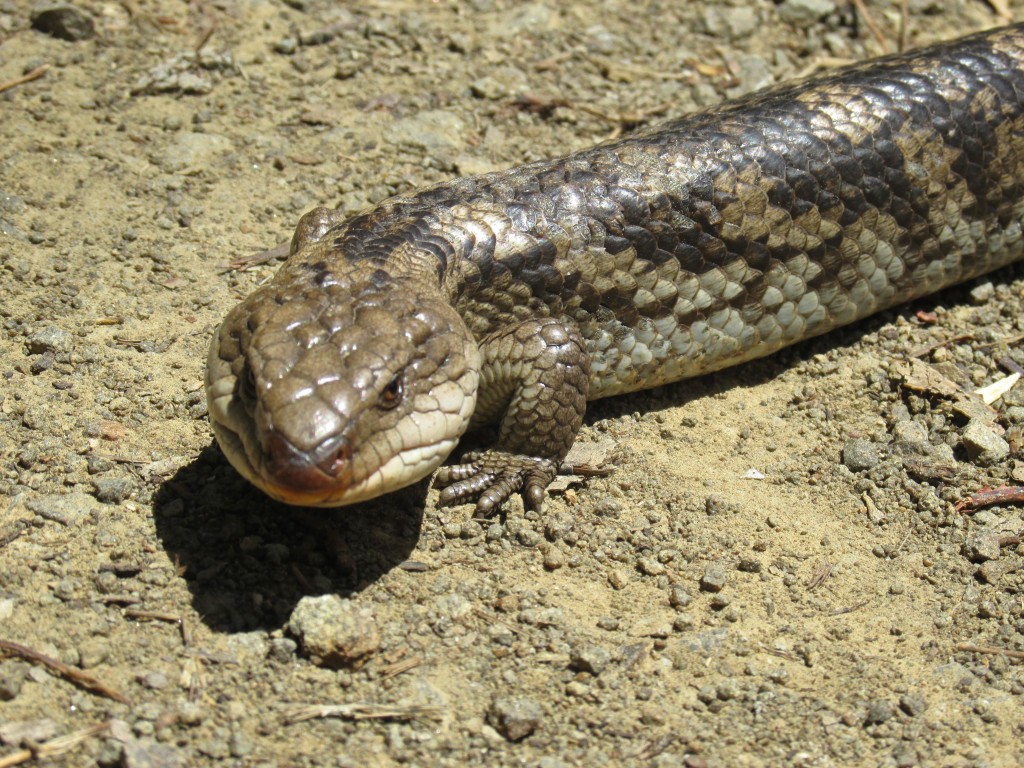 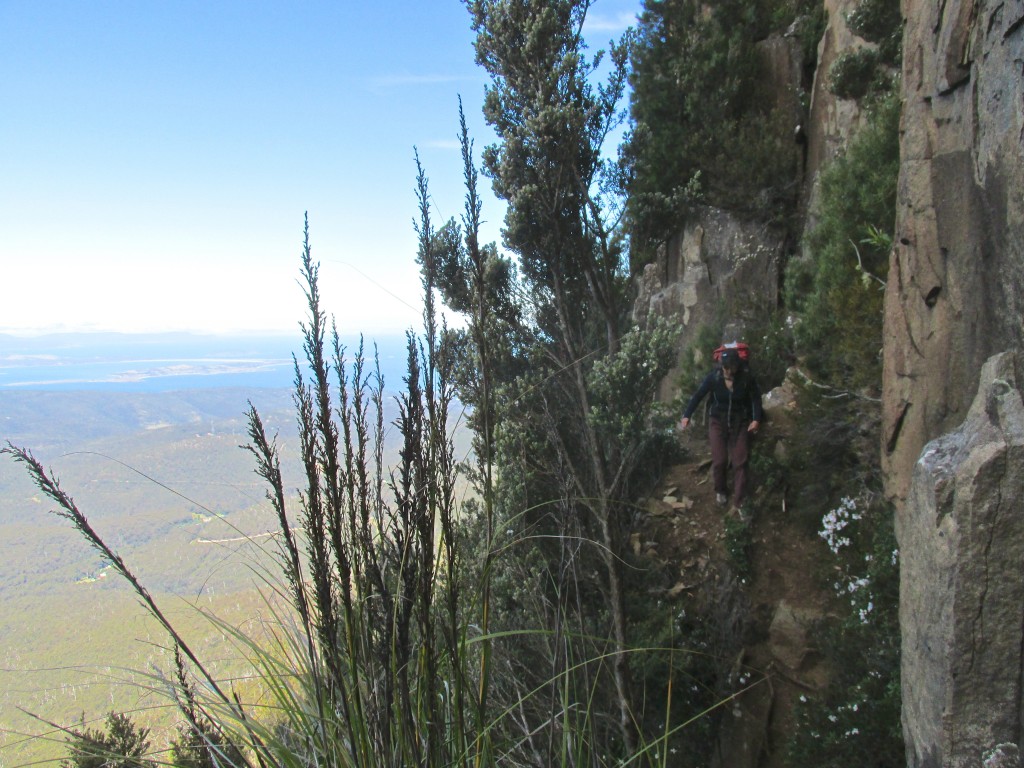 Exposed traverse along the base of Central Buttress of the Organ Pipes on Mount Wellington (Jan. 2015). 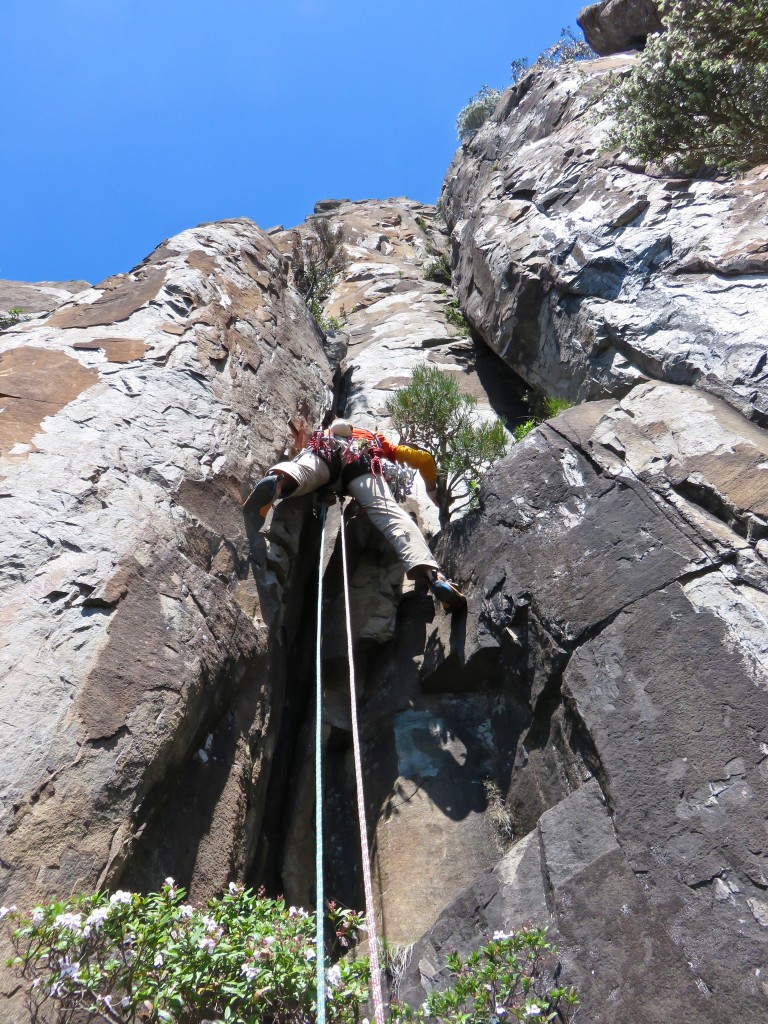 Leading pitch one of Third Bird (18…sandbag…) on the Central Buttress of Organ Pipes on Mount Wellington (Jan. 2015). 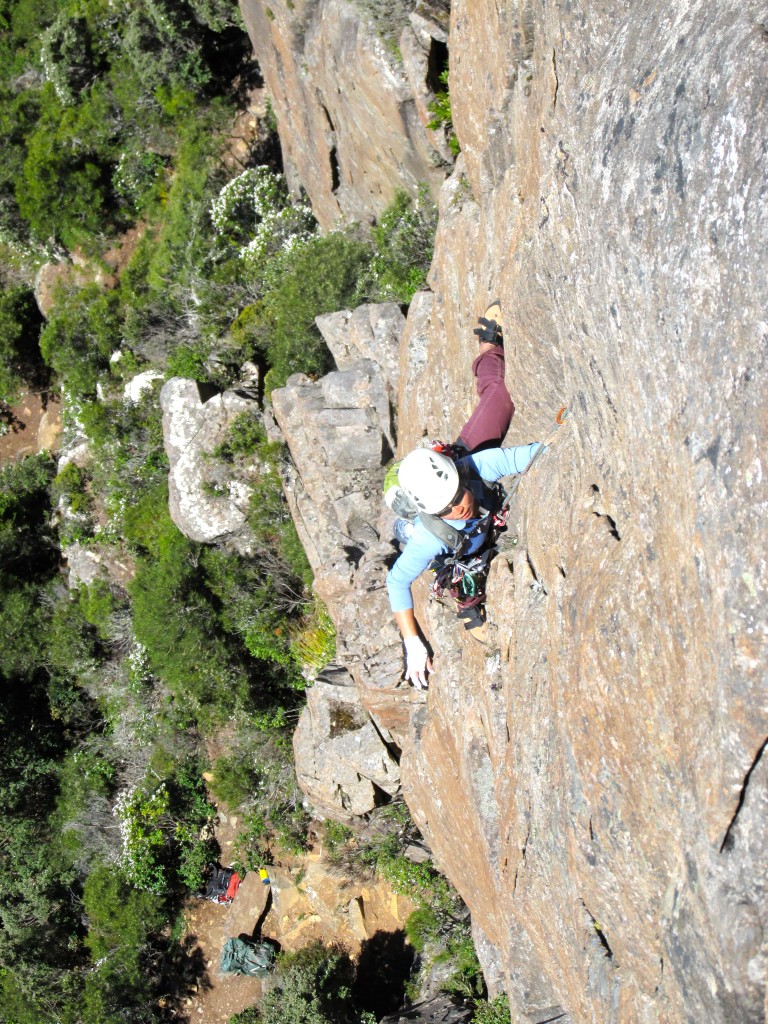 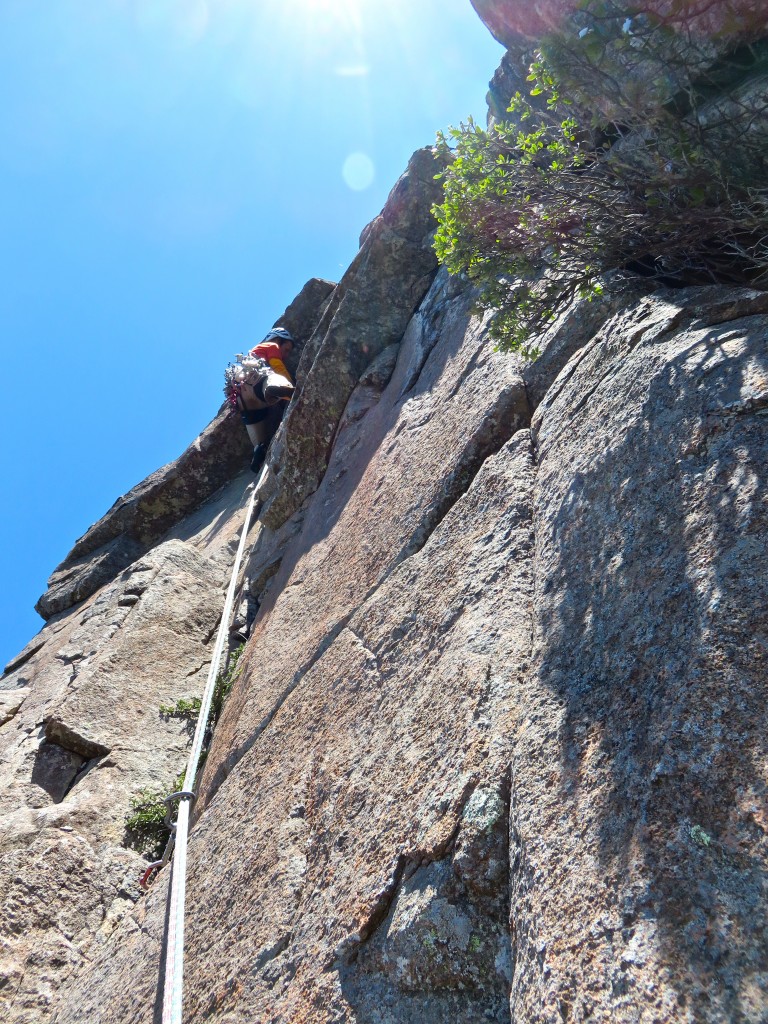 Pitch two takes you up to and through the roof…harder than it looks from below we though (Jan. 2015). 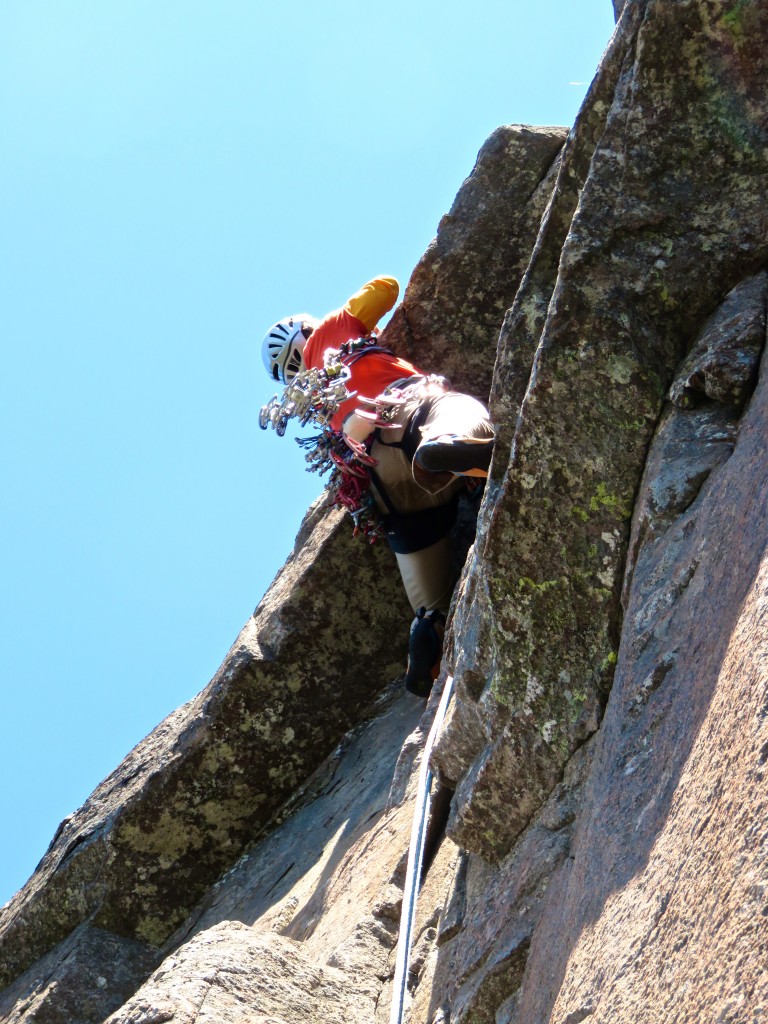 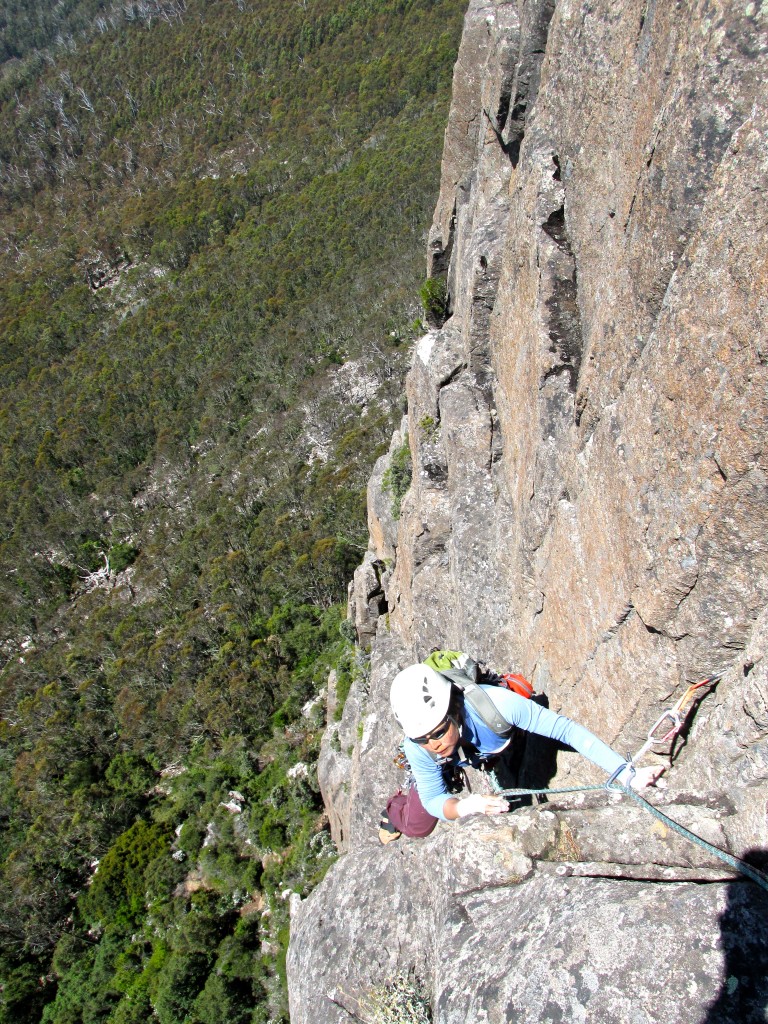 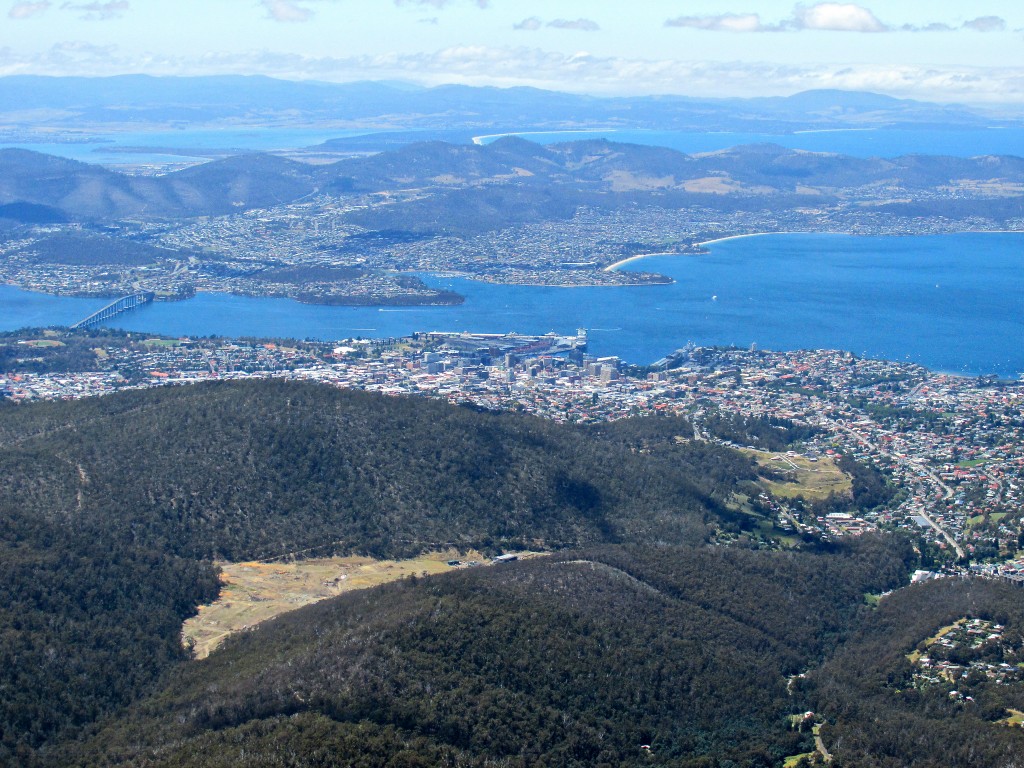 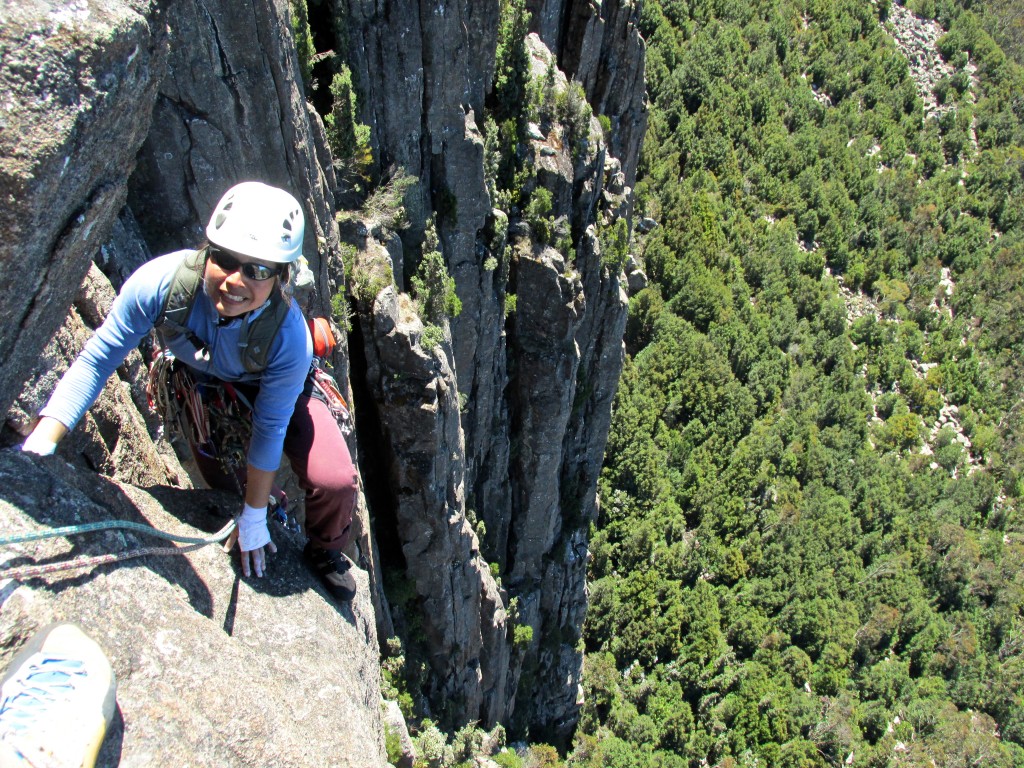 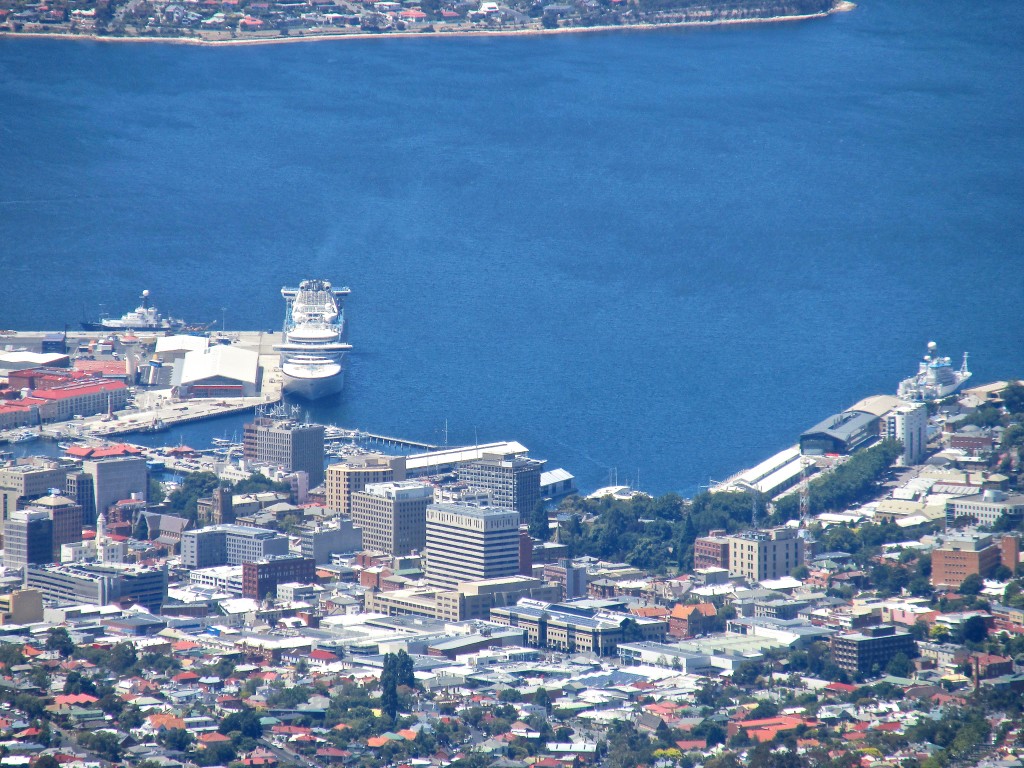 Hobart with a docked cruise ship as seen from top of Organ Pipes (Jan. 2015).

Go to Freycinet 2.
Go back to Tasmania.