Go back to Red Rocks page. 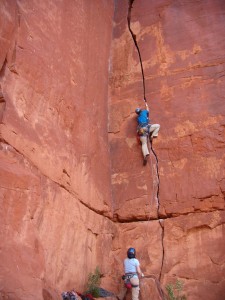 So in 2008, we went to Red Rocks over an extended Memorial Day Weekend. Thought it might be a bit warm but we’ve been there in July and even August…so no biggie, eh. Of course on the upside, the daylight hours were nice and many! Big plans were made, a gallon of sunscreen with an SPF of like a million was packed. Off we went! Then the shit hit the fan and continued hitting the fan for all four days! By this I mean, it rained…and when it wasn’t raining, it was pouring! In fact, we saw a dusting of snow up in the high country in the early morning hours. WTF?! Given that it was our big anniversary we were nicely set up in the Motel 6…OK, kidding – we were in a nice hotel. We got a pitch of Red Rocks climbing in the morning of day one (Ragged Edges, 5.8…OK, 2 short pitches) and a pitch on the afternoon of day four (Black Track, 5.9…last day). Somewhere in between, after couple days of waiting around for the weather to change, we finally drove to St. George, Utah (2 hours north) & found some nice sunshine! Did a couple of nice crack routes right above some nieghborhood. Nice climbing even if it was not what we were gunning for! 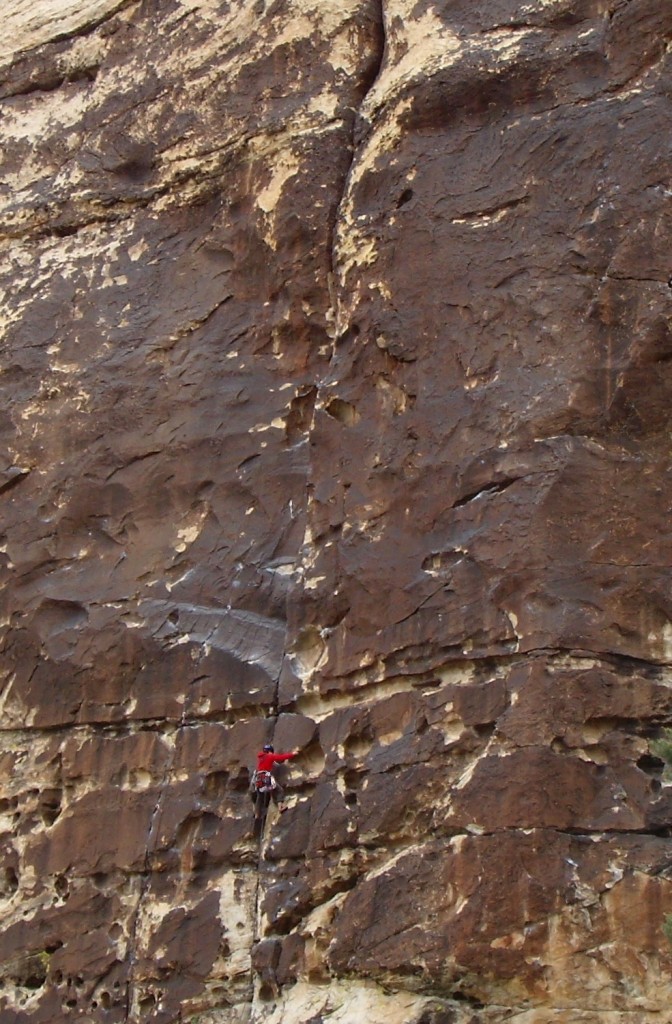 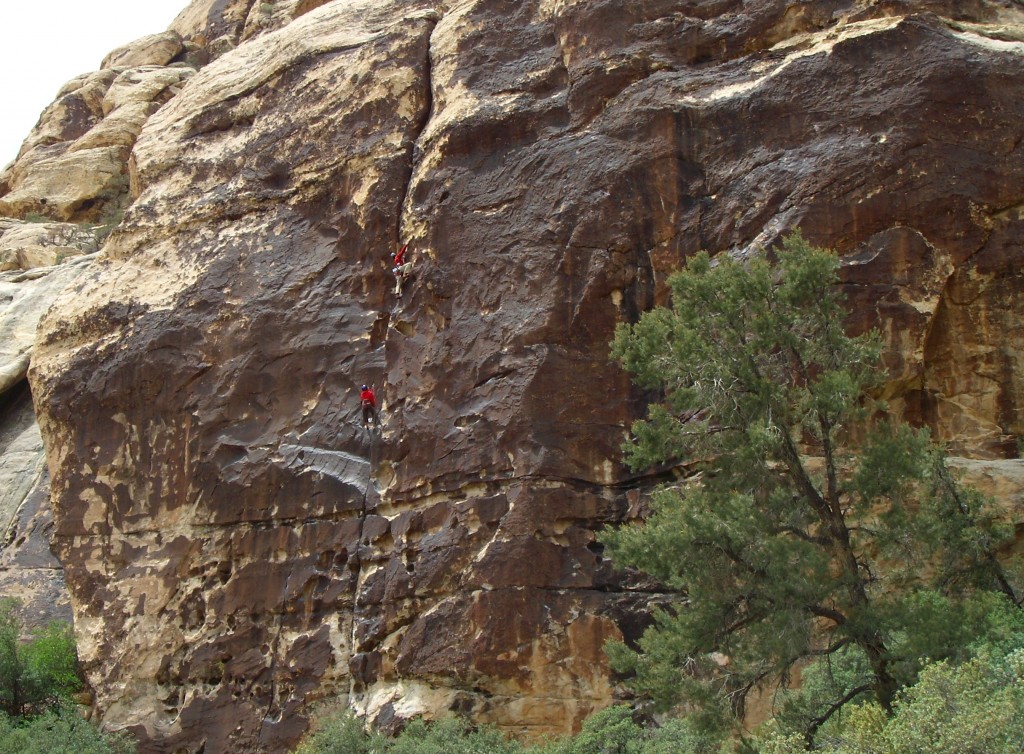 Pitch 2 of Ragged Edges in Willow Springs area of Red Rocks. A nice line (May 2008). 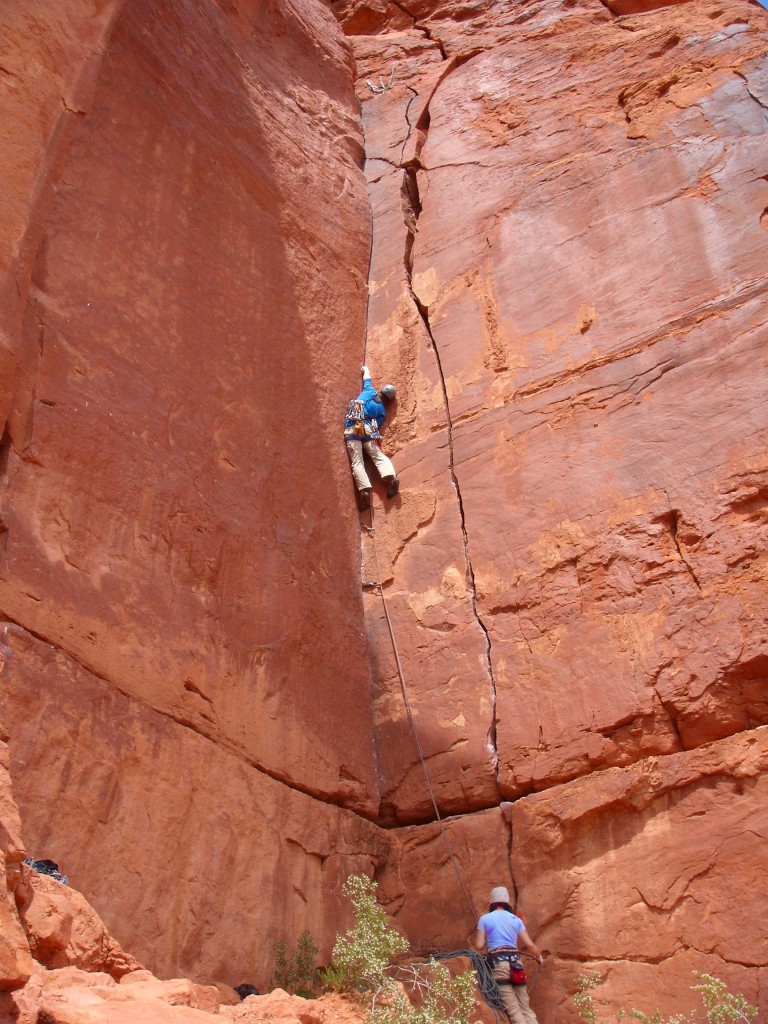 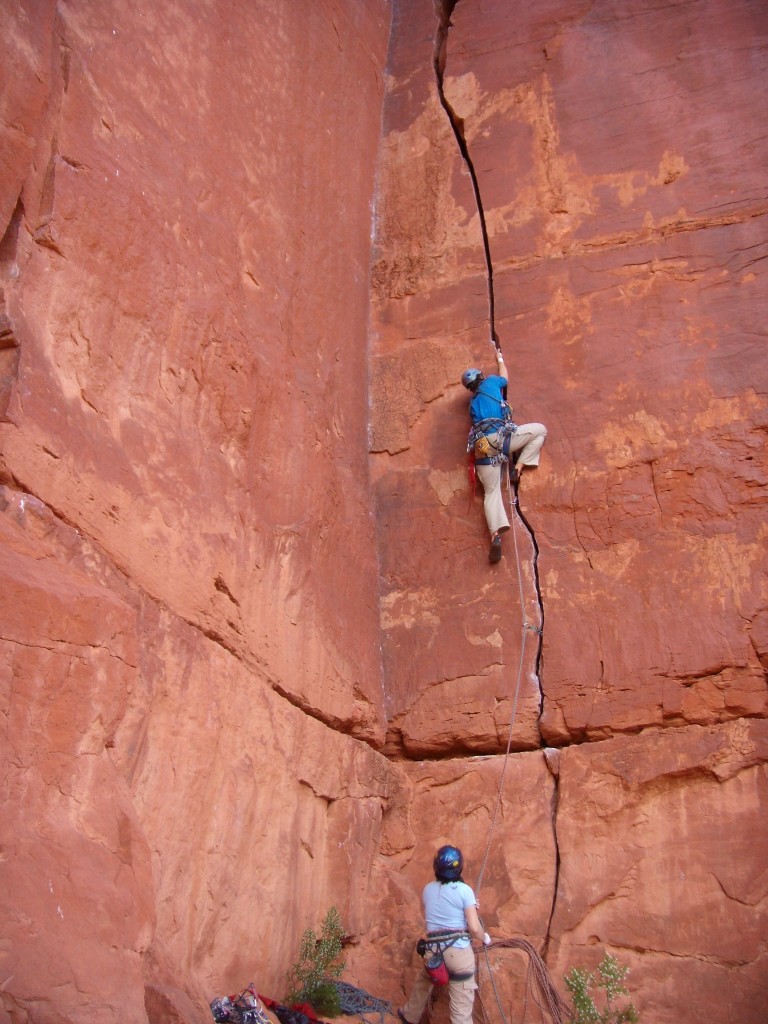 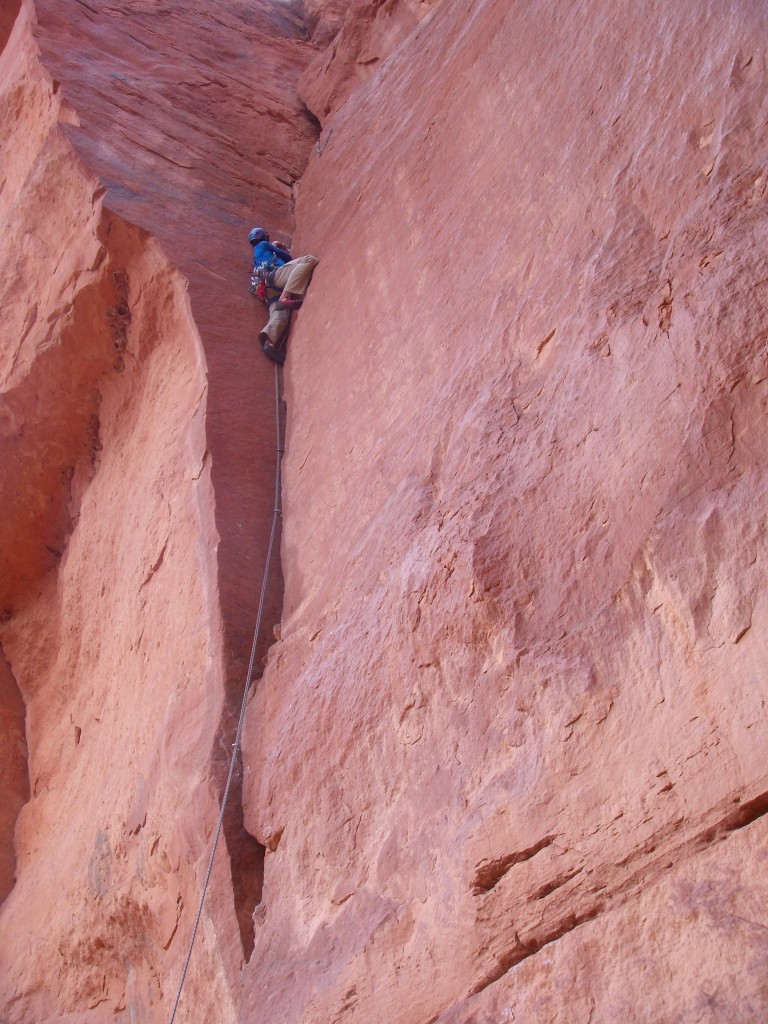 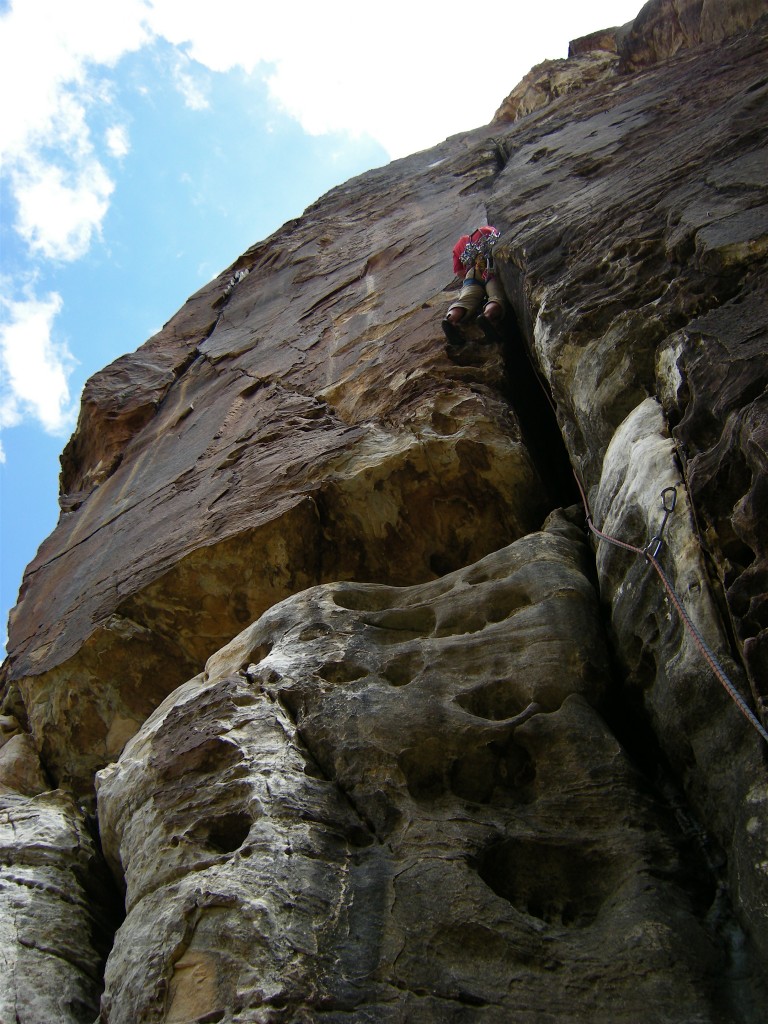 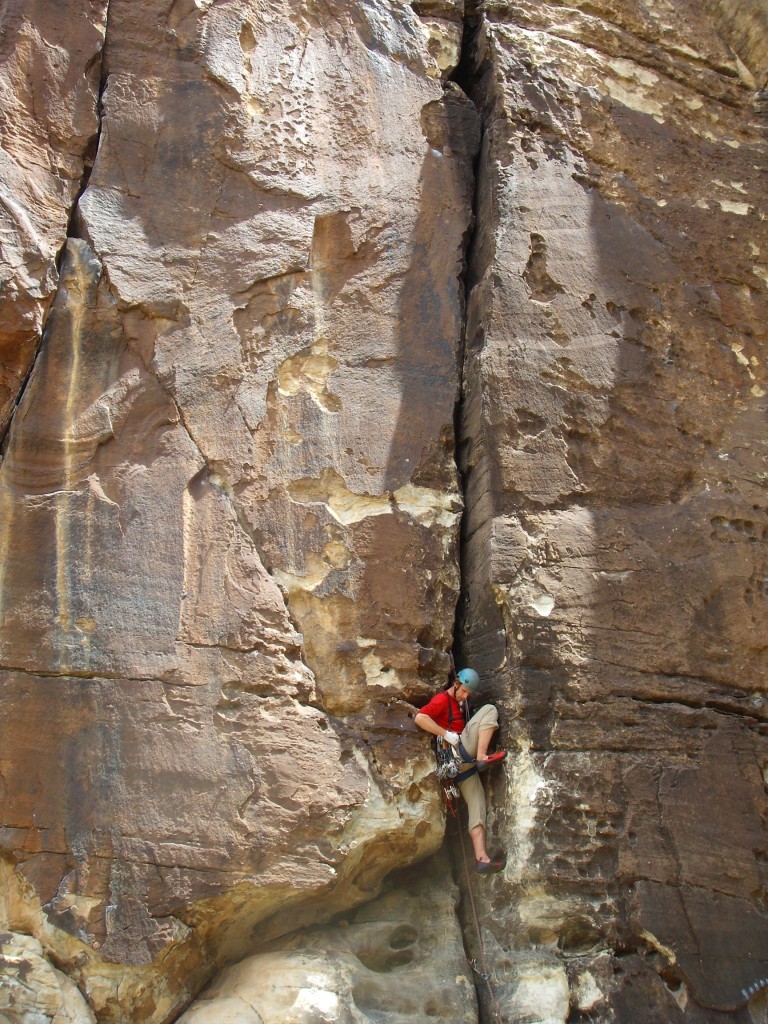 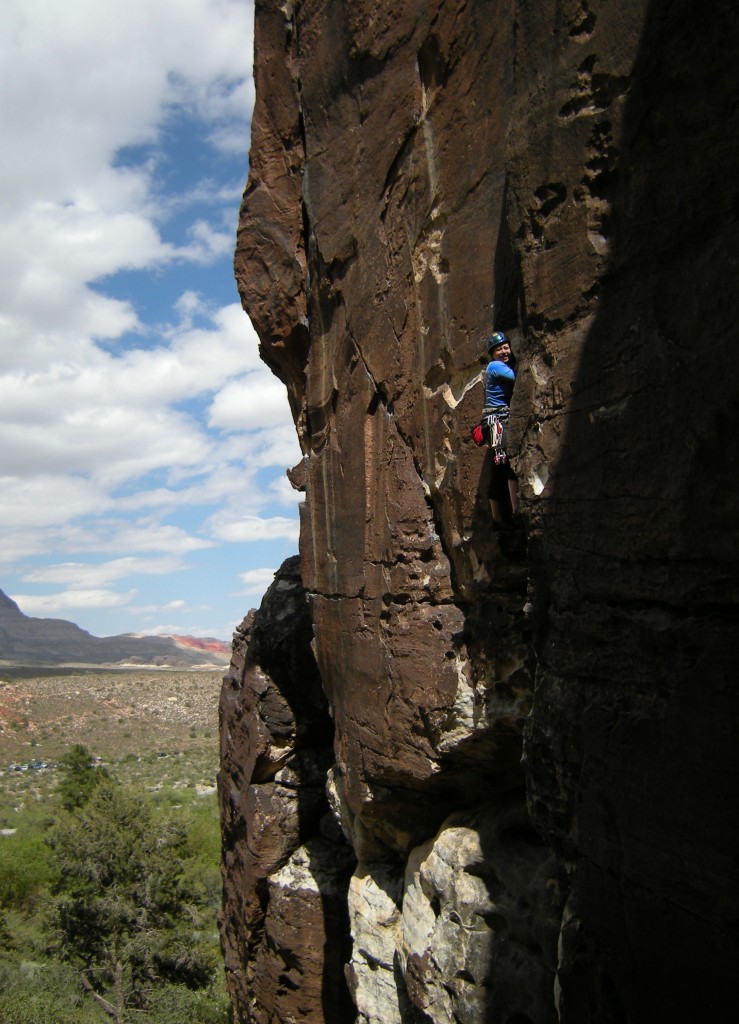 Shirley seconding Black Track (5.9) at Red Rocks. Calico Hills are in the background (May 2008).

Go back to Red Rocks page.