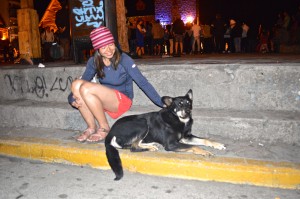 The following day, we woke up late, enjoyed a slow breakfast, bullshitted with Chris (a climber from CT), finished off the last of the wine and hiked back down to the trailhead, this time opting for the no-ski lift option. On balance, we’d do the ski lift option on the hike up if we ever go back (more scenic & less boring hiking). A day of pigging out in Bariloche and we even squeezed in a bike ride outside of town – a bit lame but a lakeside beach stop was nice. The following day we caught the bus back to Puerto Montt – don’t try to bring any salami back into Chile (we scarfed down our supply before reaching the border)…declare everything incl. freeze dried food (yeah, seem pretty paranoid). A bit more Puerto Montt and Puerto Varas tourist stuff (incl. shopping for pisco) and we were home the following day. 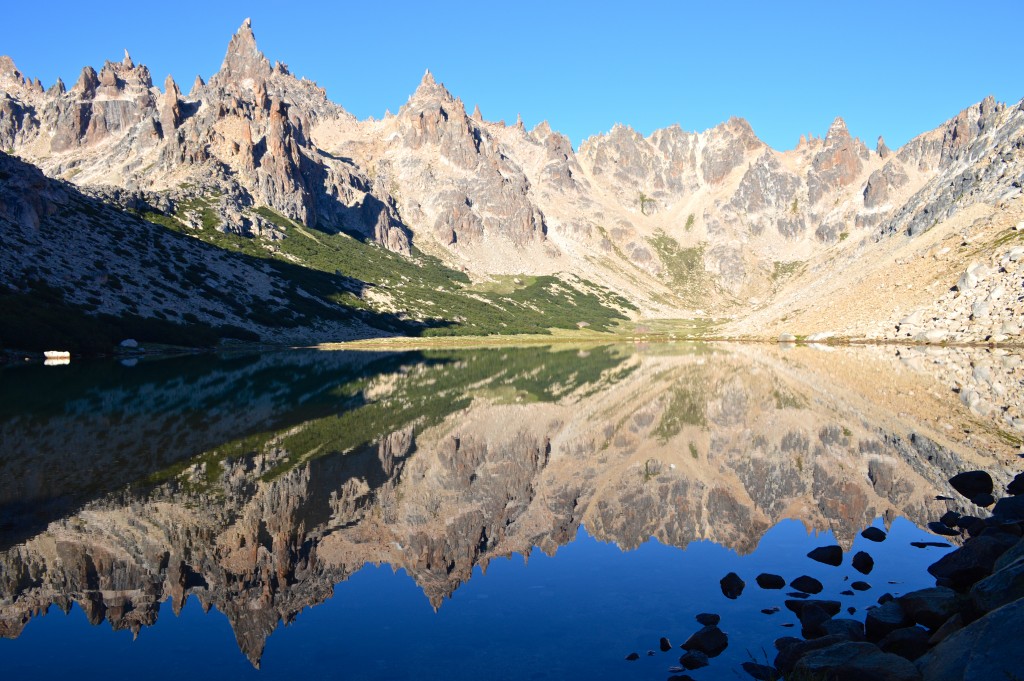 Last morning in Frey. The weather was becoming pretty much perfect but there were bus loads of climbers and tourists arriving for the Stone Masters Festival. It was on balance a good time to leave (Feb. 2015). 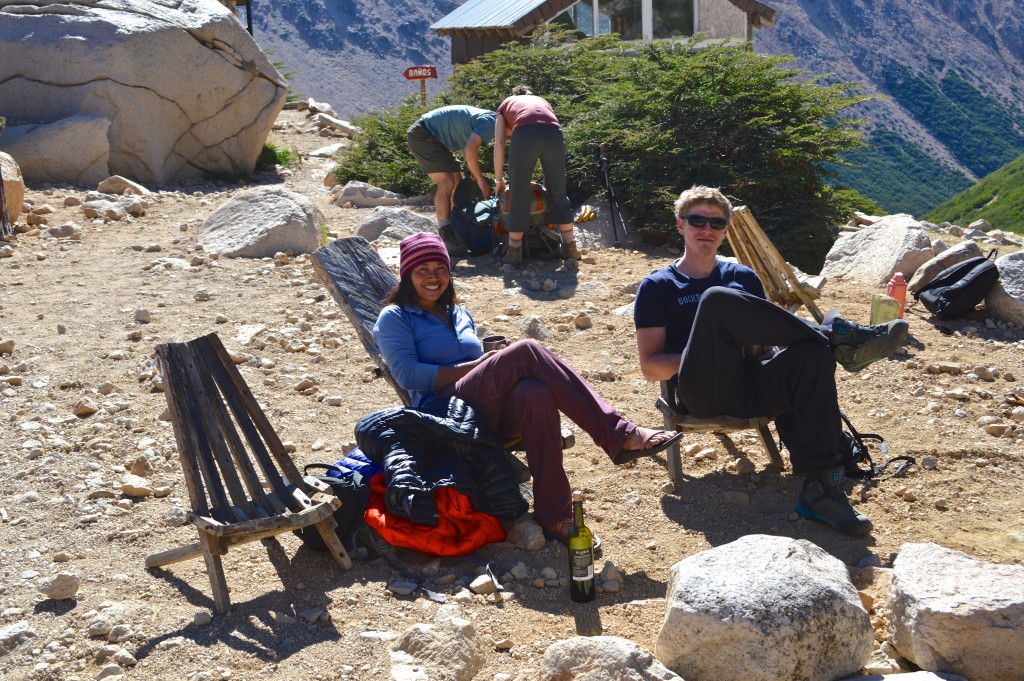 Finishing up a bottle of wine with Chris from CT before starting the hike down (Feb. 2015). 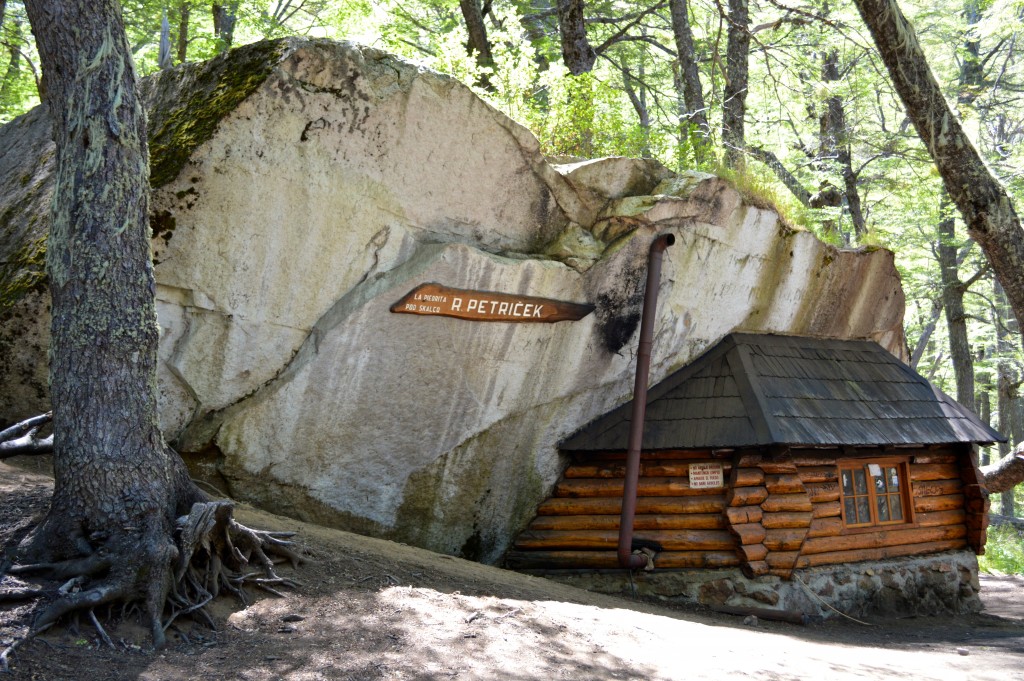 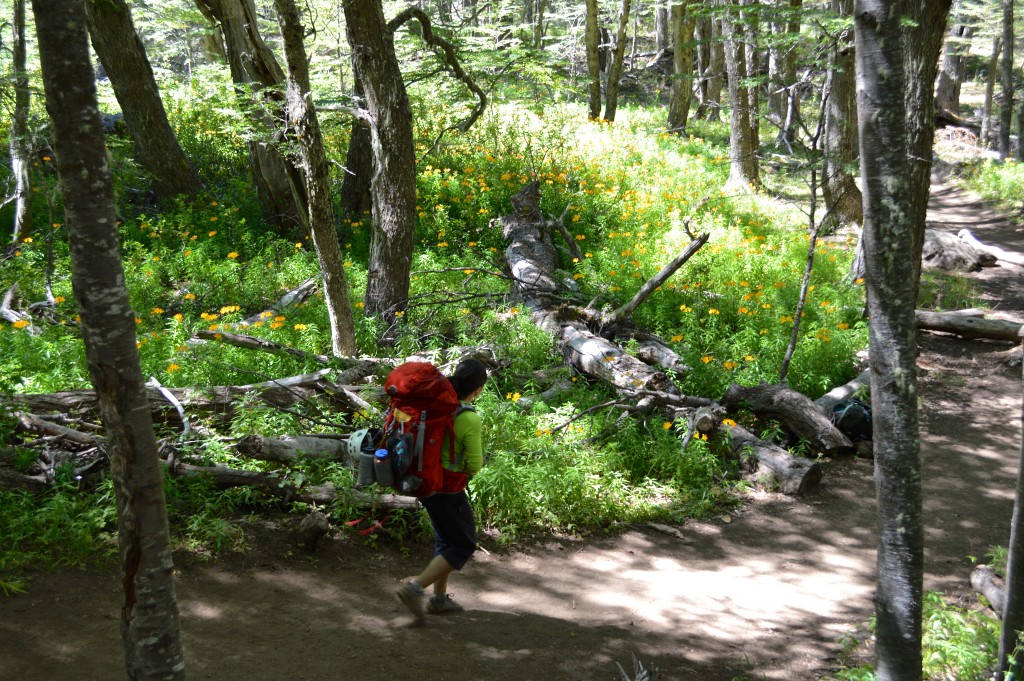 Hiking through the pretty forest with wildflowers (Feb. 2015). 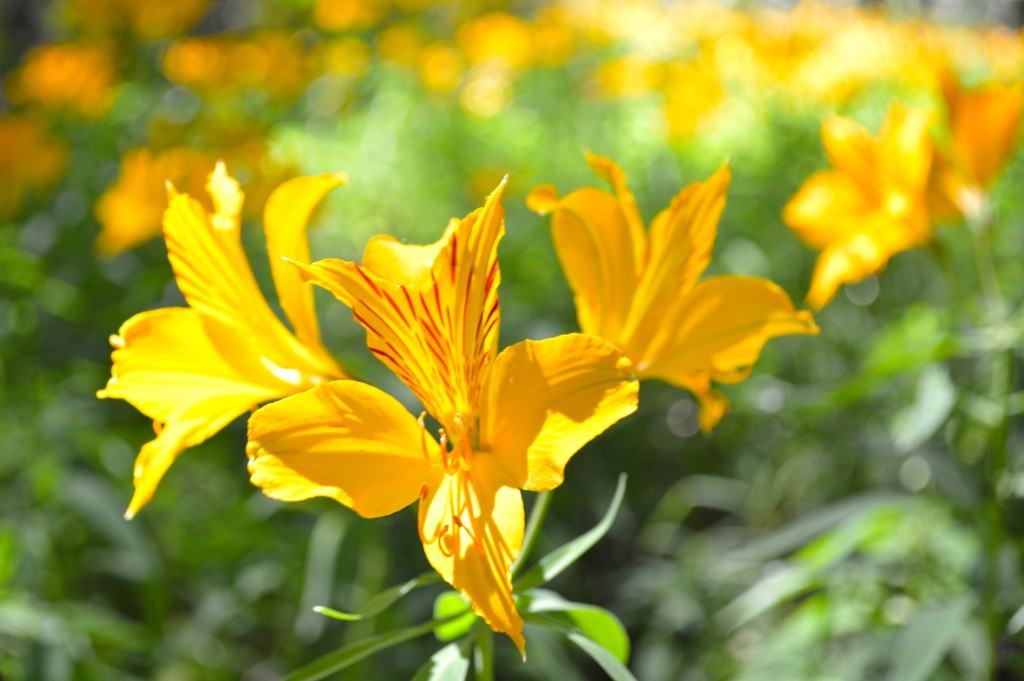 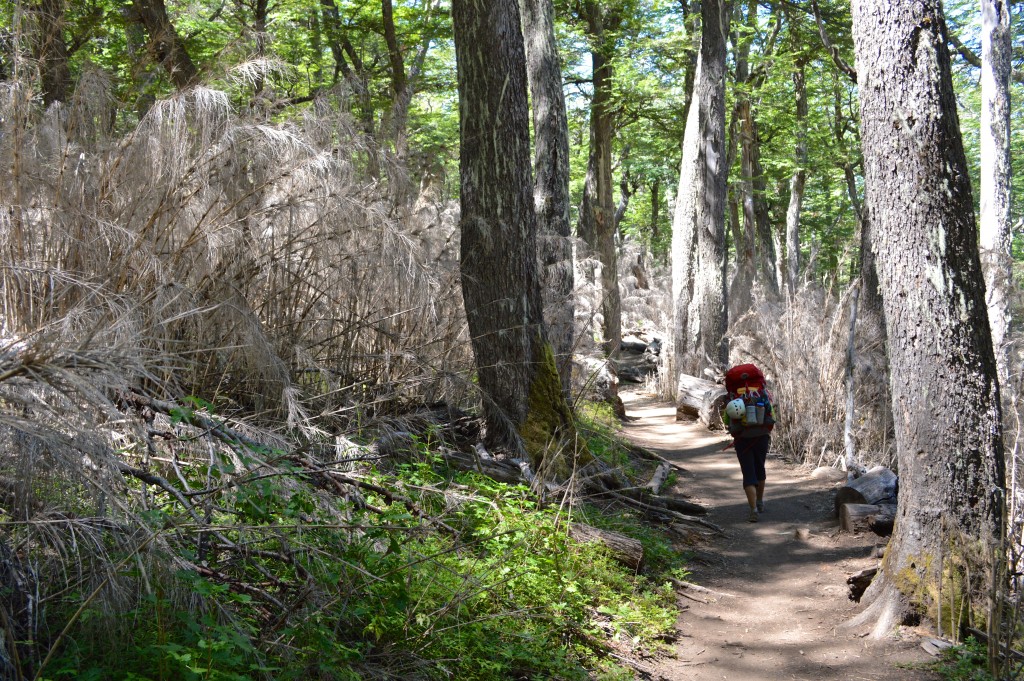 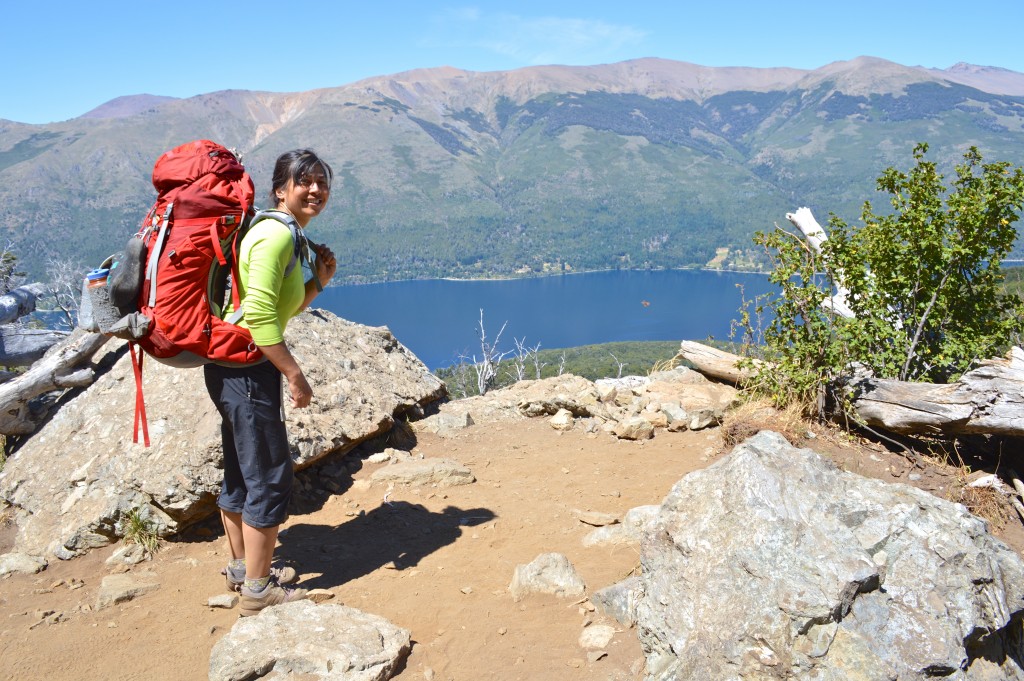 The final (on the way down) portion of the hike follows a lake for like a million kilometers (Feb. 2015). 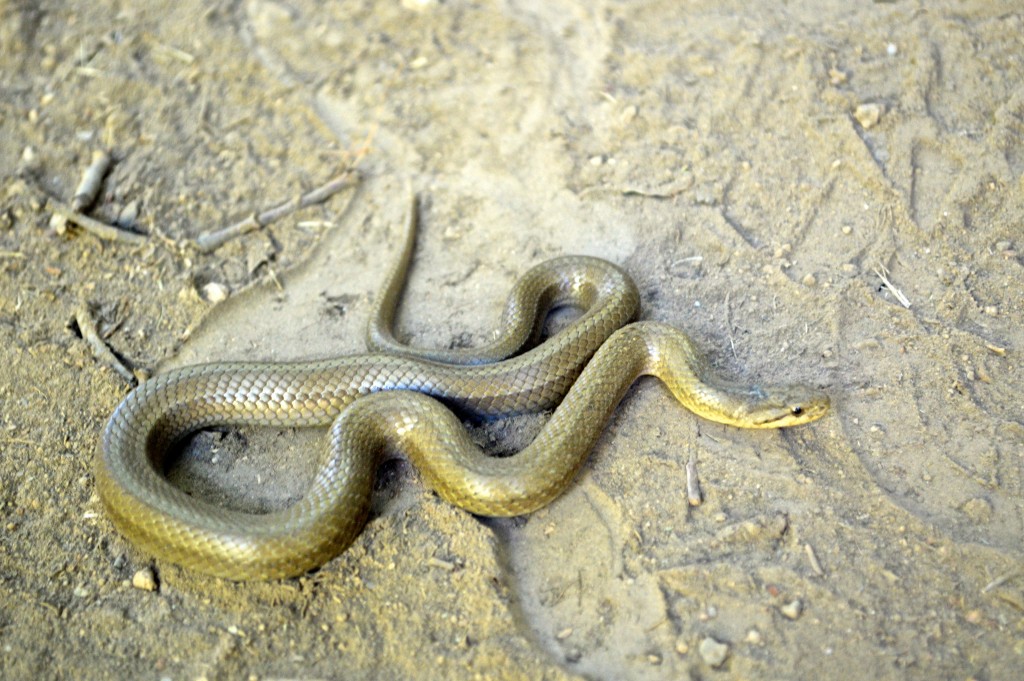 A small snake we encountered on the trail (near the trailhead). The only snake we saw in S. America (Feb. 2015). 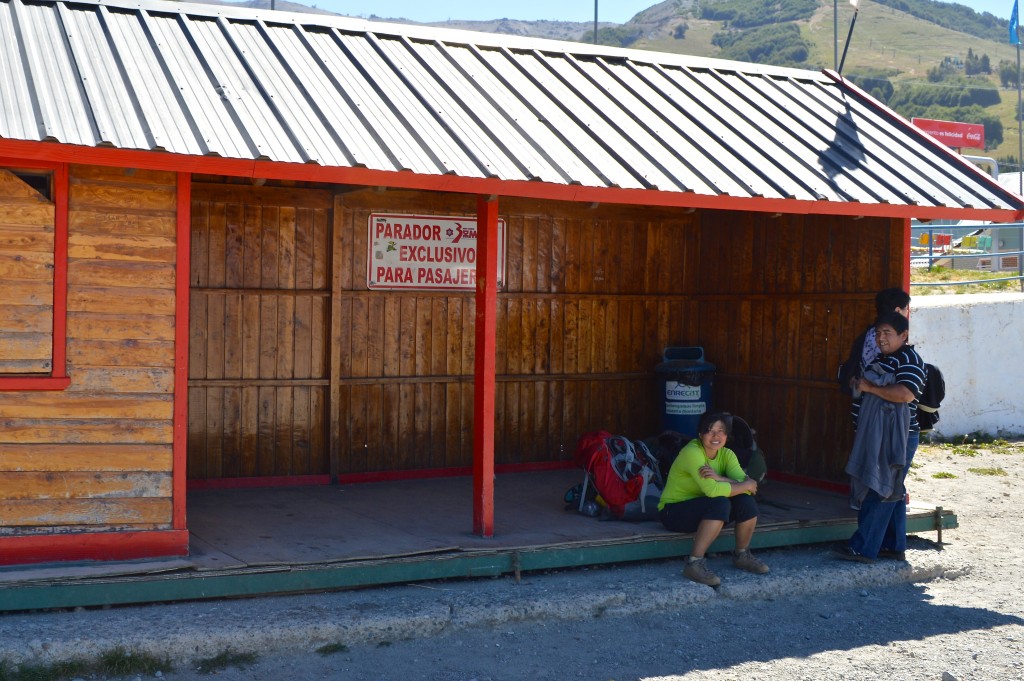 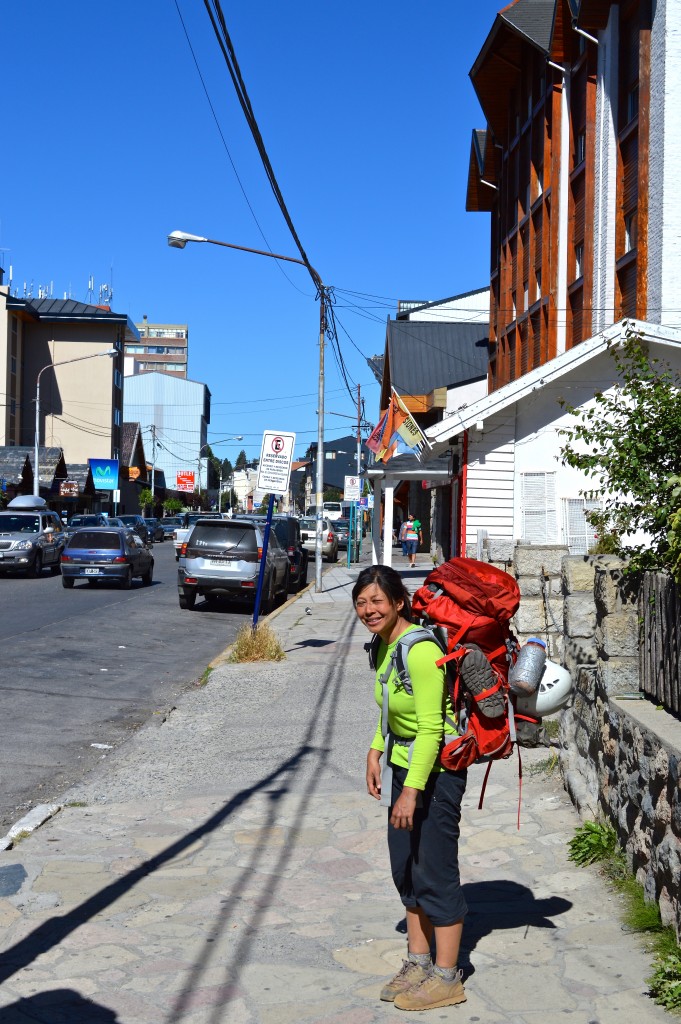 Tired Shirley and her large pack looking for our hotel in Bariloche (Feb. 2015). 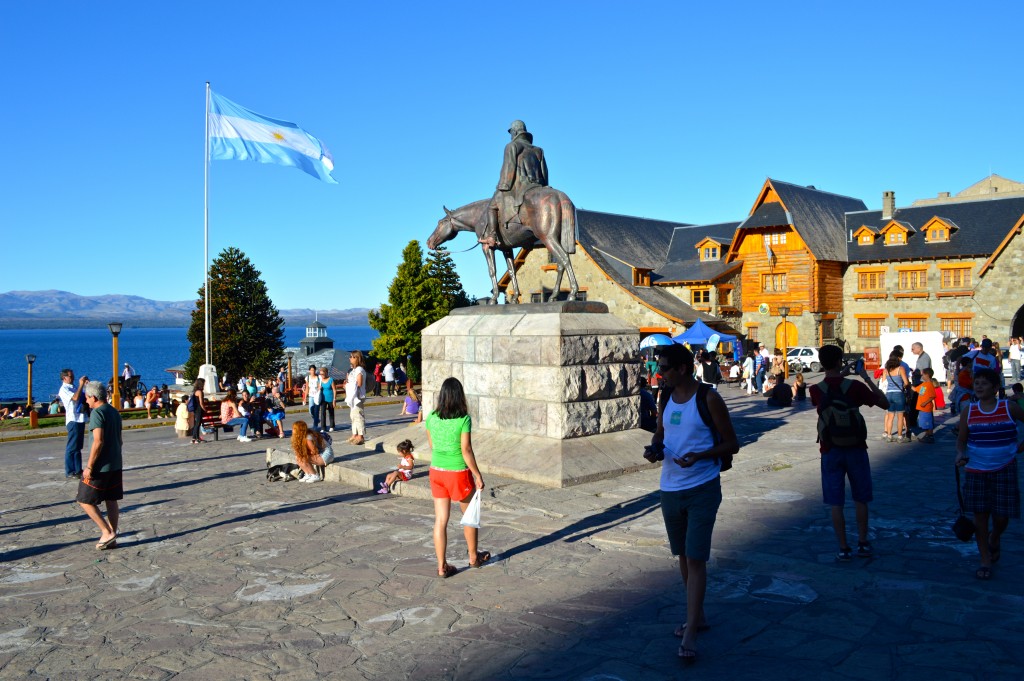 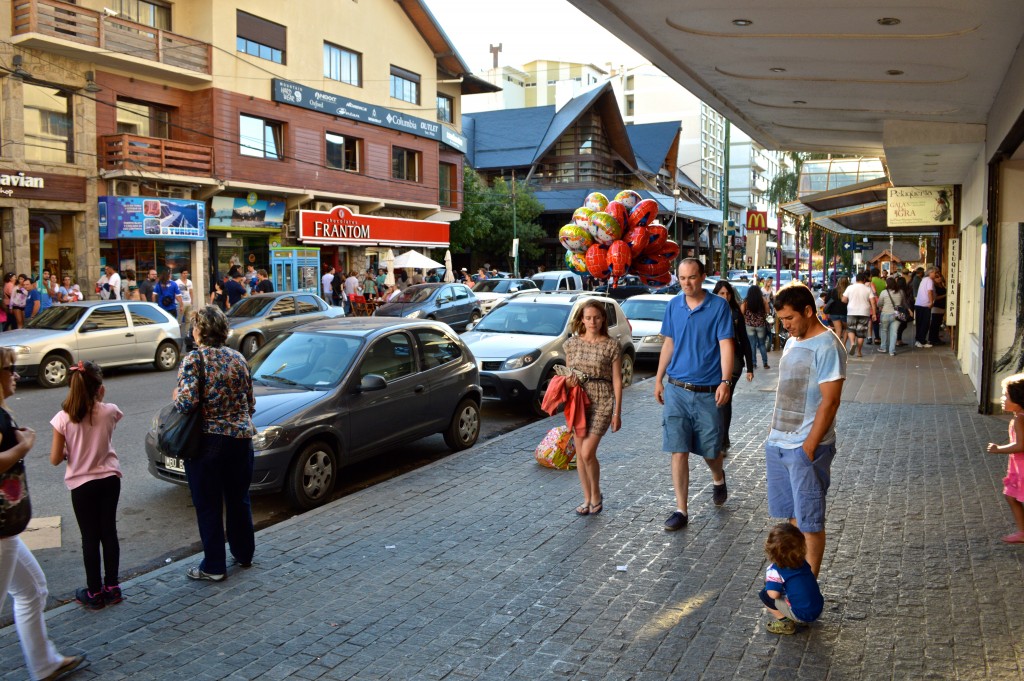 Bariloche – a tourist trap mostly but with some decent food options and street music (Feb. 2015). 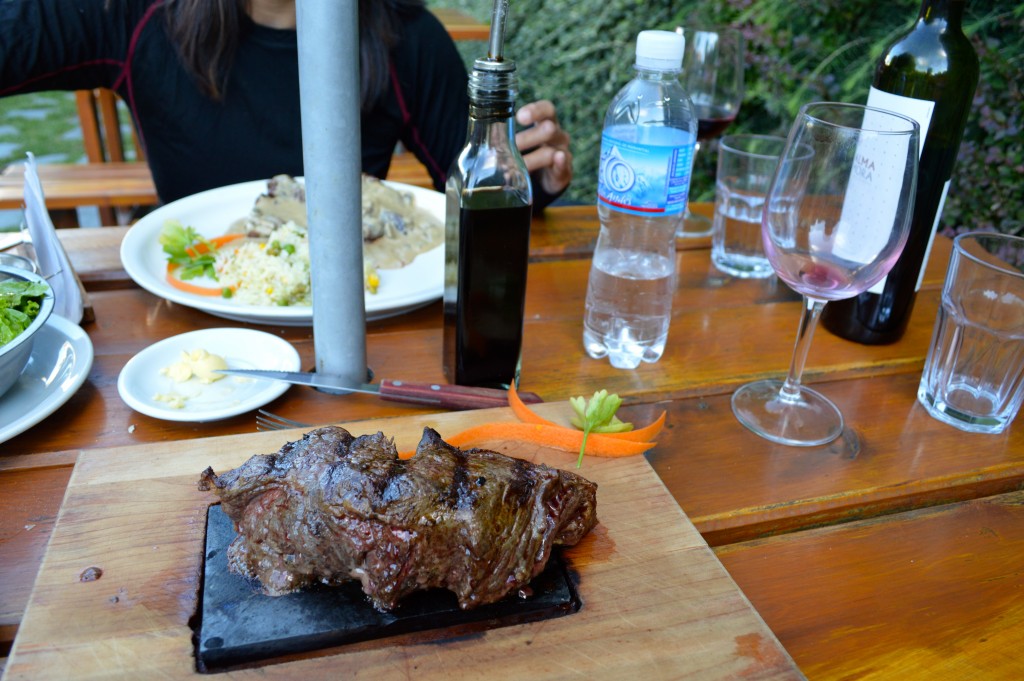 After 6 days in the backcountry, we came out pretty fucking hungry…here’s some nice Argentinian steak. 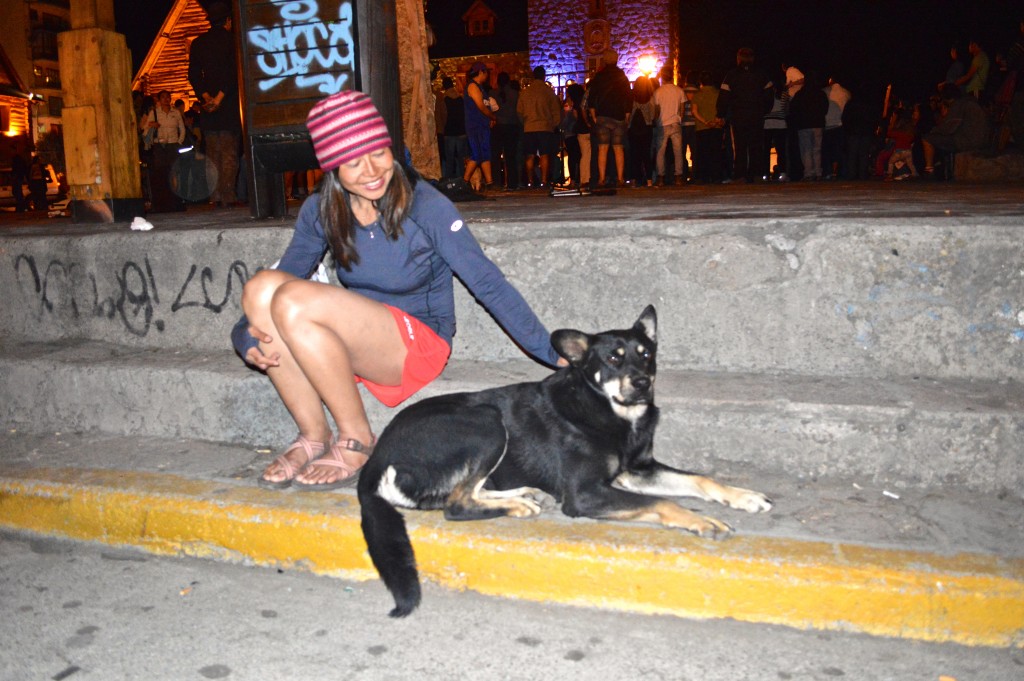 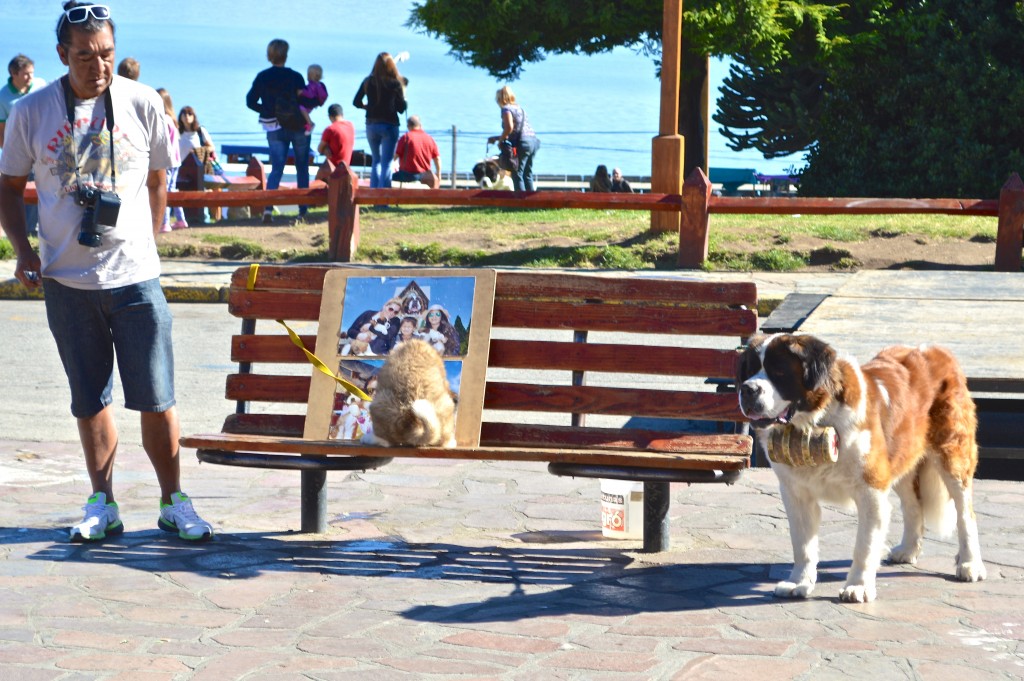 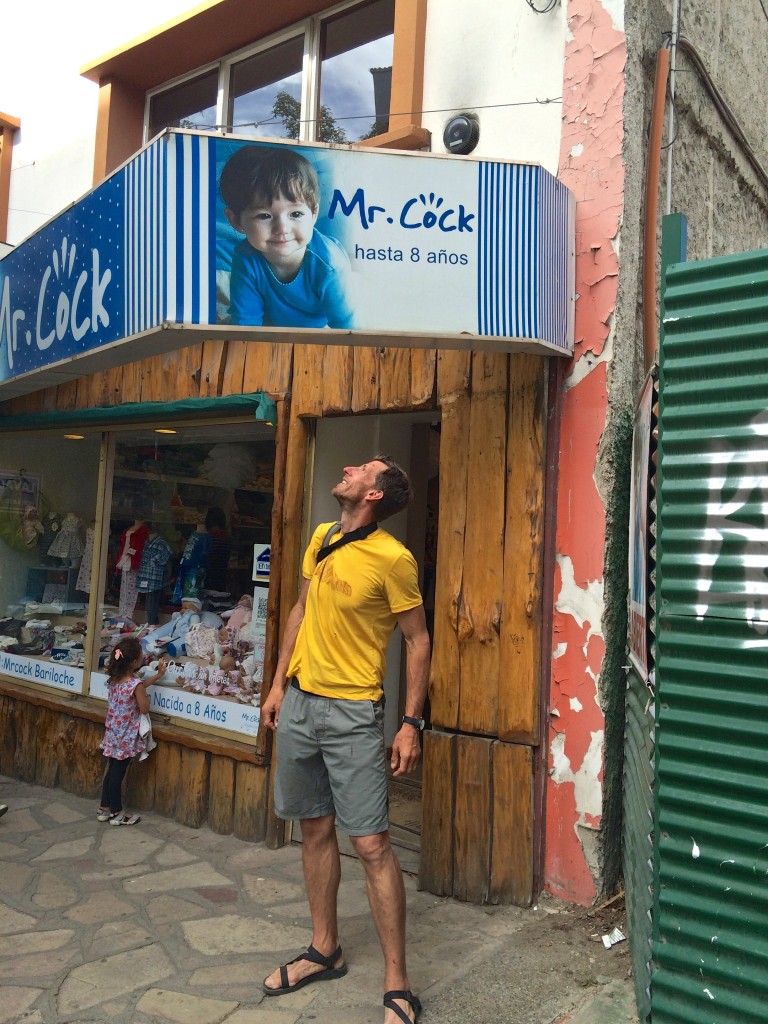 What do you want for your offspring from Mr. Cock? 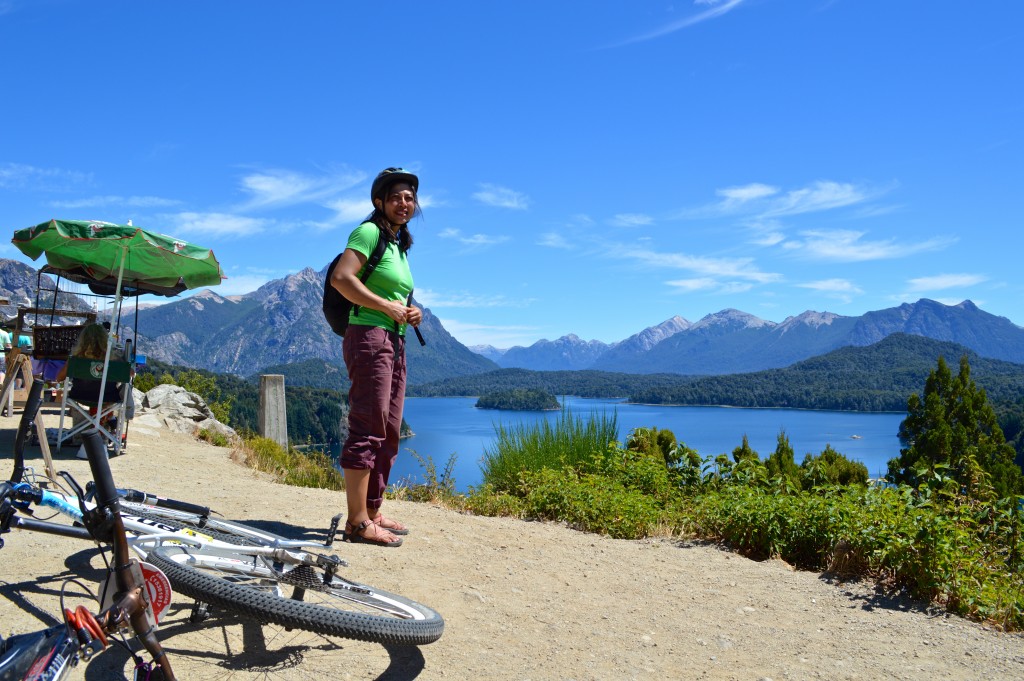 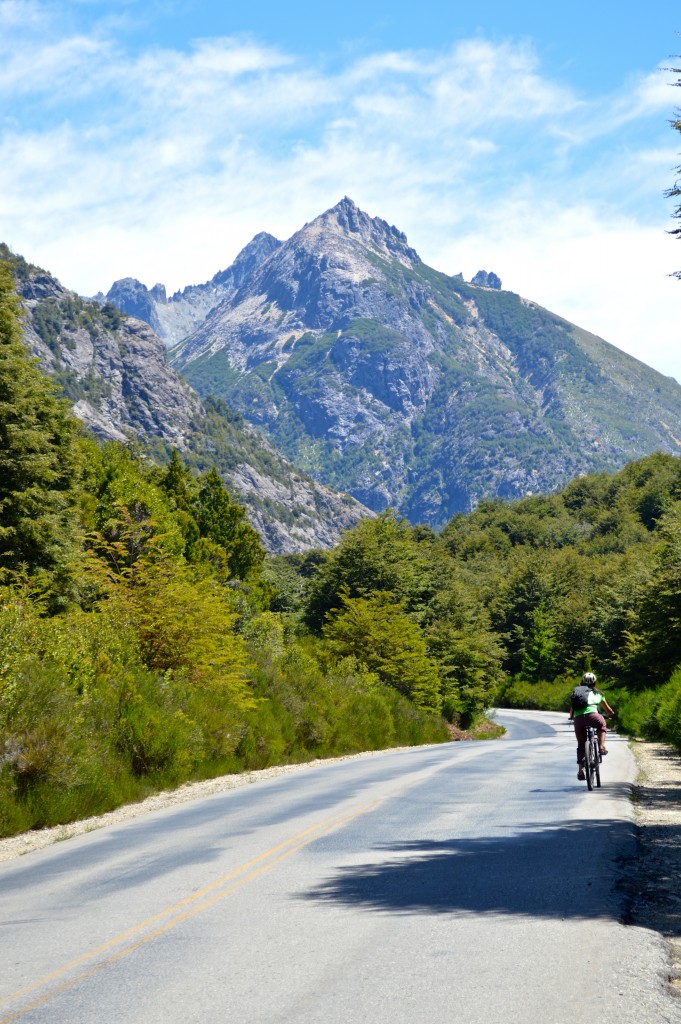 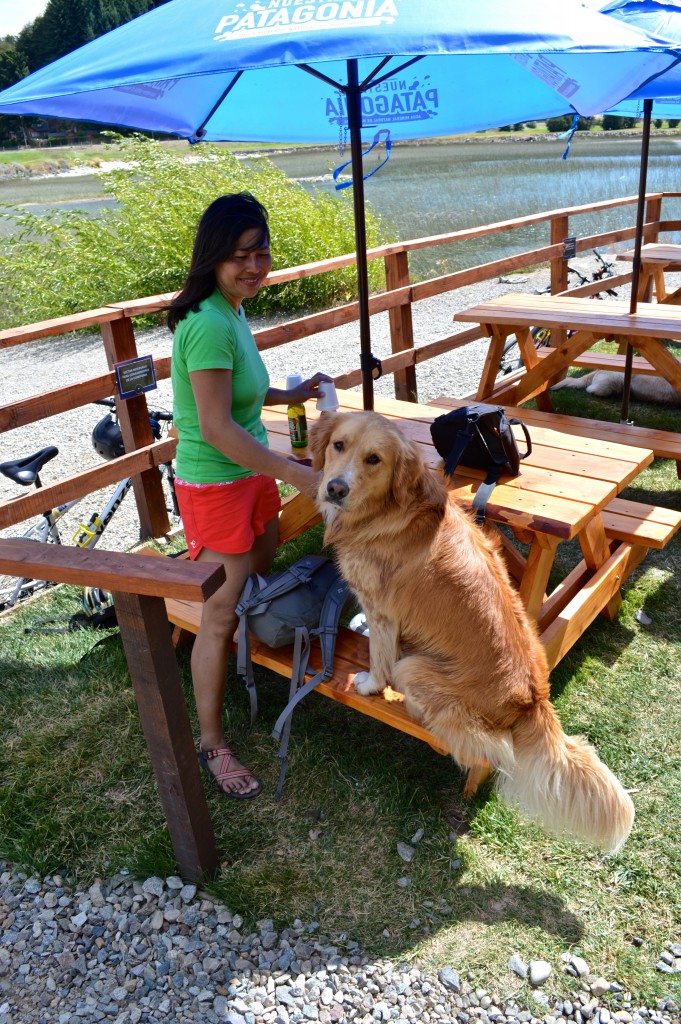 One spoiled (but cute) puppy that kept us company on the beer break (Feb. 2015). 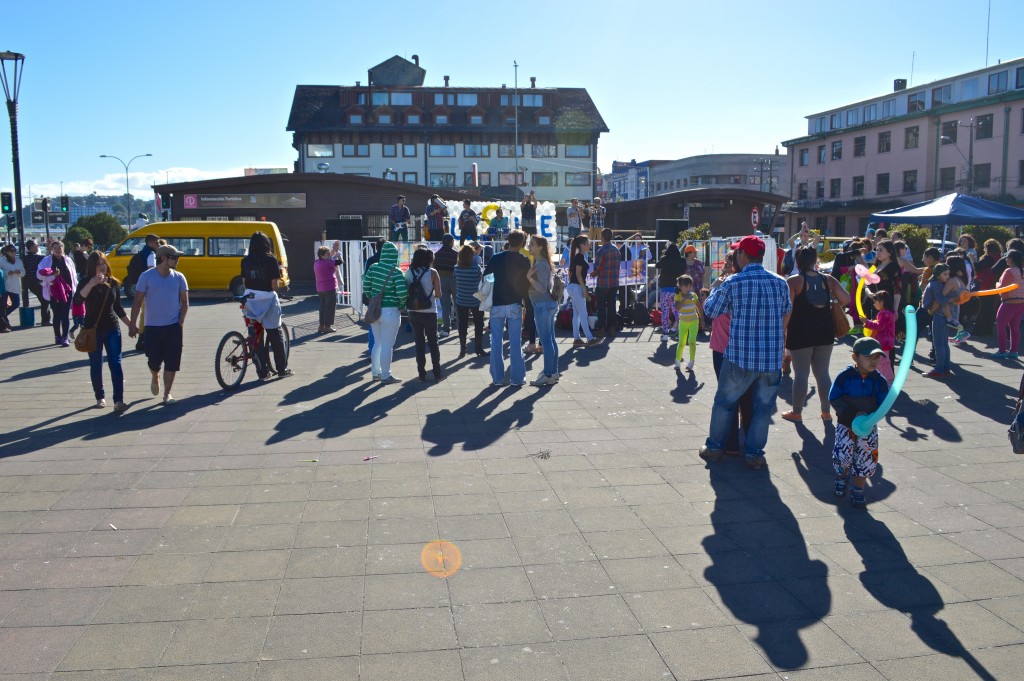 Back to Puerto Montt. Yeah kid… 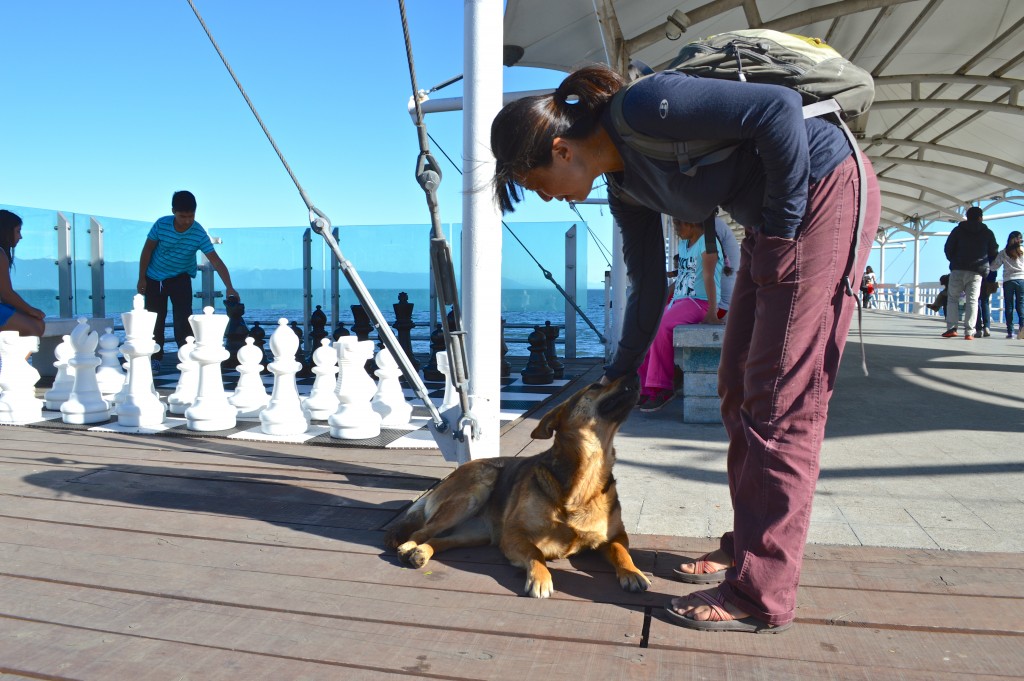 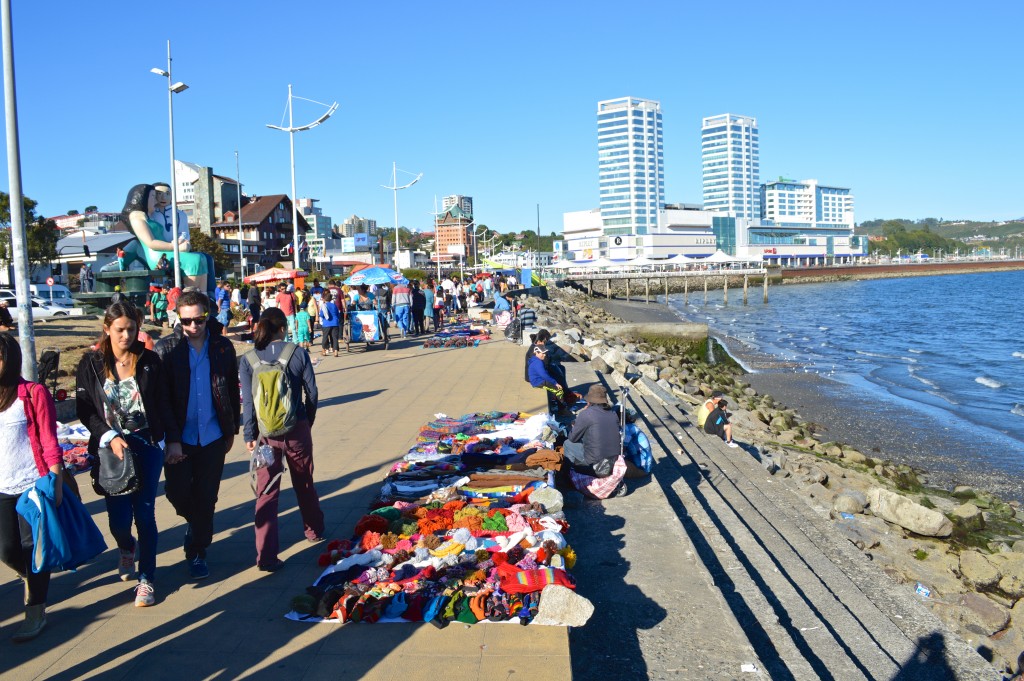 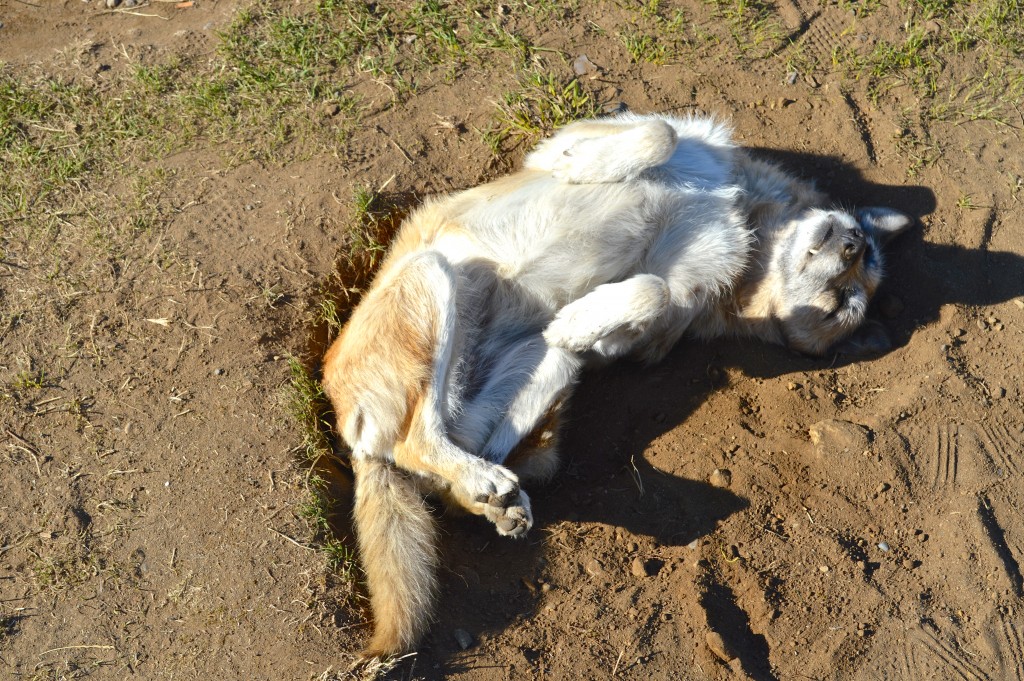 The mutts of Puerto Montt. Funny thing is that there was no dog shit (or aroma of dog shit) anywhere in town…despite quite a few homeless dogs (Feb. 2015). 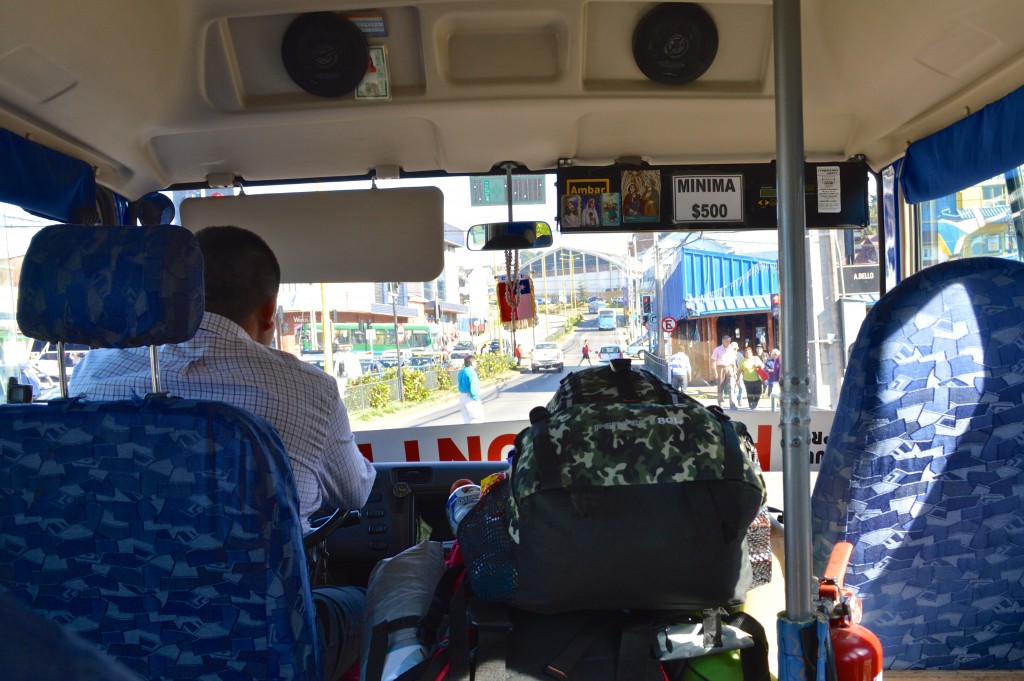 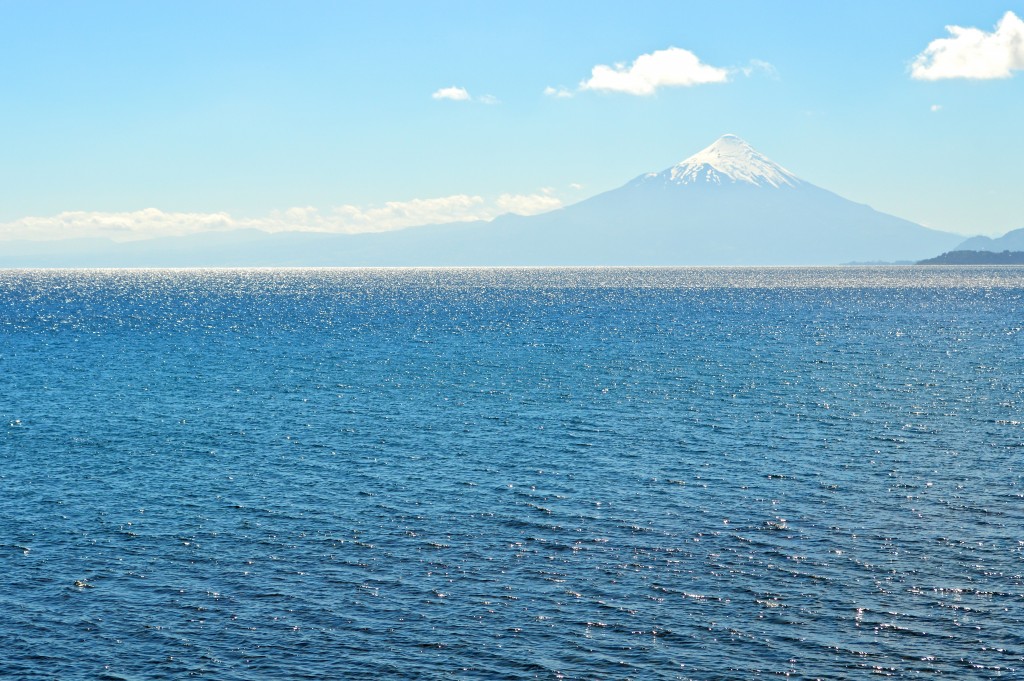 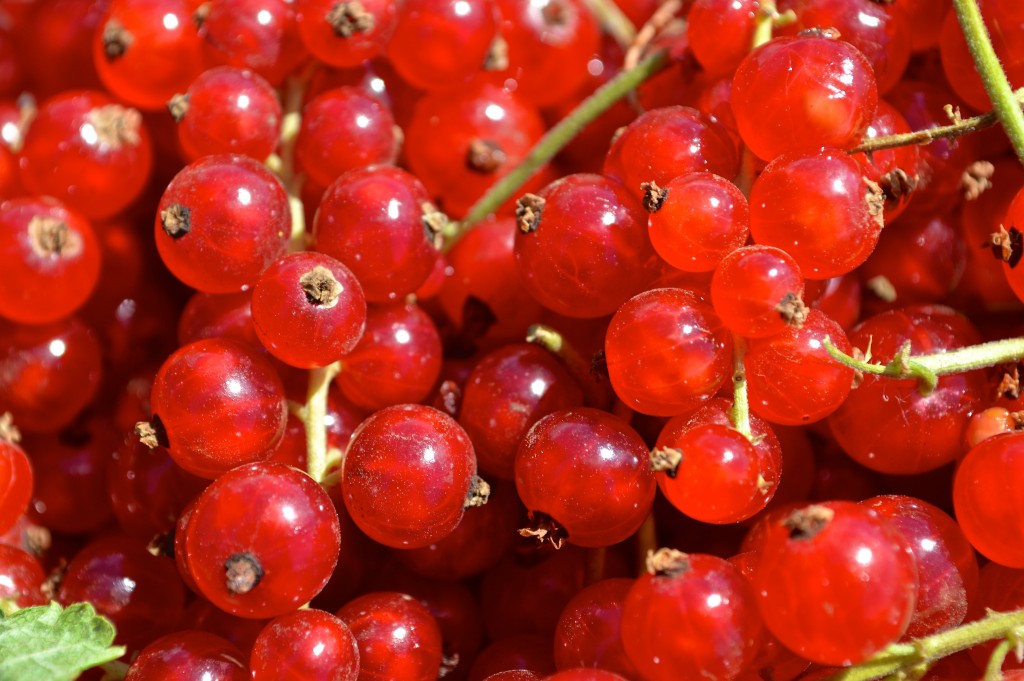 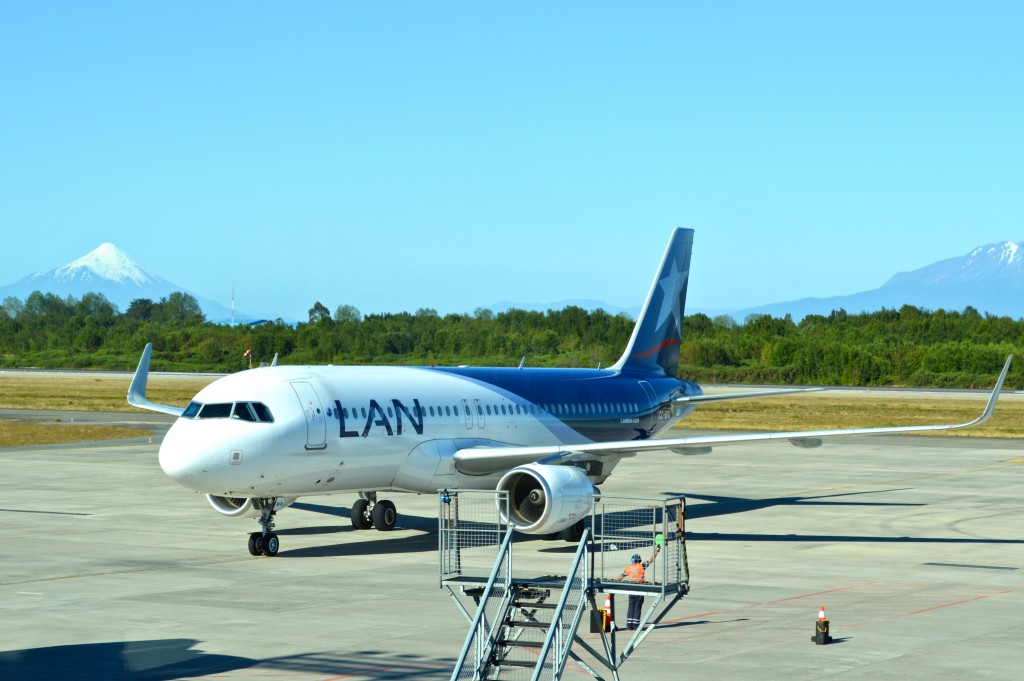