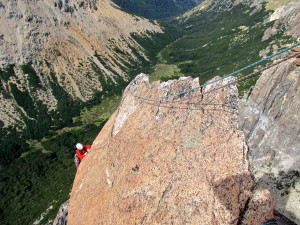 After a windy night, a reasonably nice day finally arrived – not as good as the approach day but the best of what we’ve seen otherwise. We hiked into the adjacent valley for the well-reputed Objetivo Luna route (7 pitches, 6b+) on the aptly named El Cohete Lunar formation. With the exception of a meandering (& hard) face climbing pitch 2, the route lived up to its hype with a mix of fun climbing and spectacular positions. The sixth pitch was especially cool with its fin traverse at the top. The descent was straightforward. A highly recommended route. 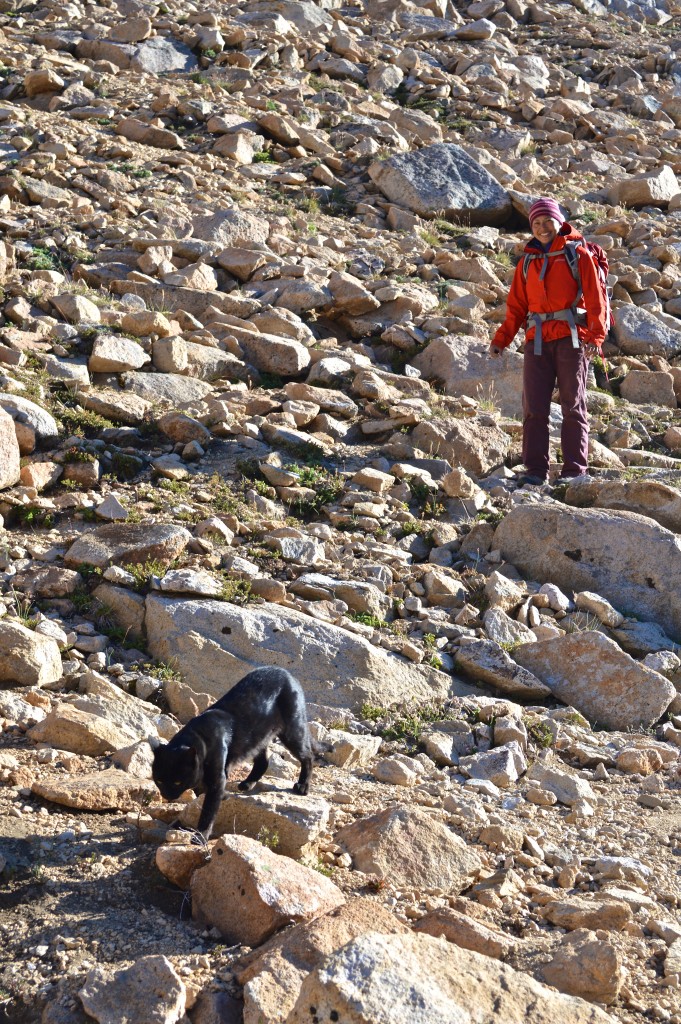 In the morning, the Refugio cat followed us almost the entire way to El Cohete Lunar formation. I was a little worried if he’d find his way home later but we were relieved to find the cat on his 2nd bottle of wine at the Refugio by the time we returned in the late afternoon (Feb. 2015). 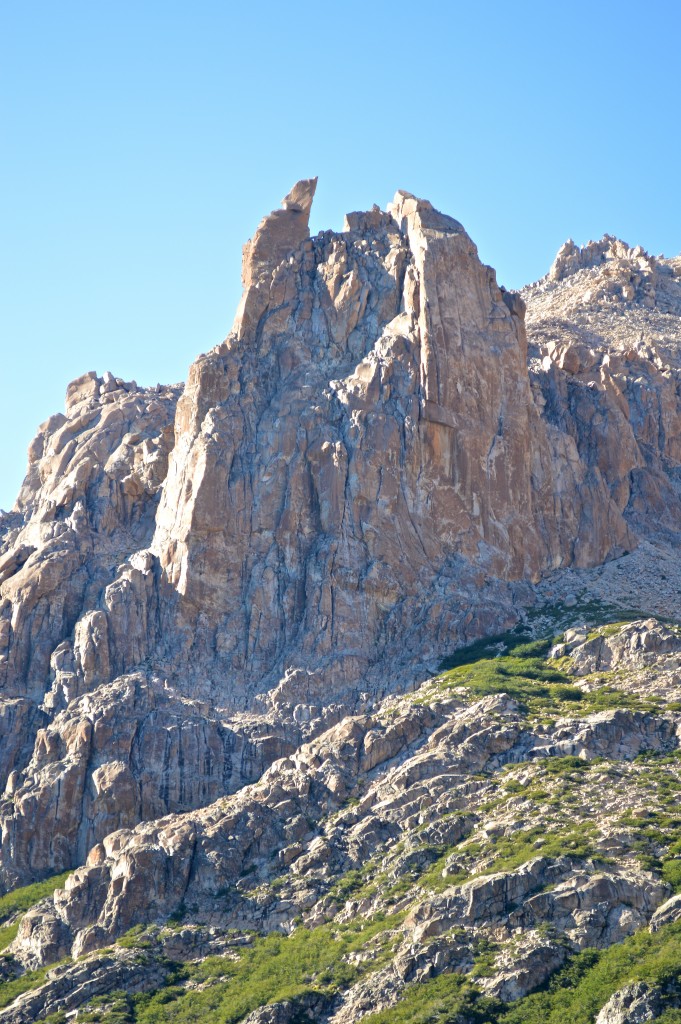 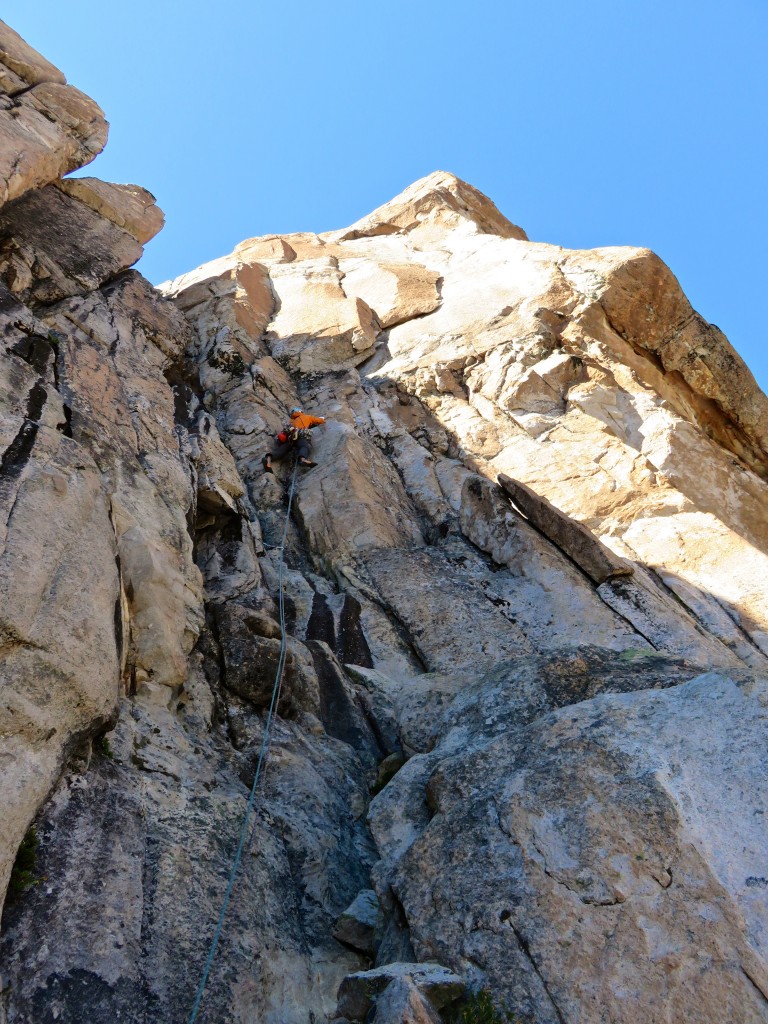 Starting up Objetivo Luna – probably the best route we’d do in Frey (Feb. 2015). 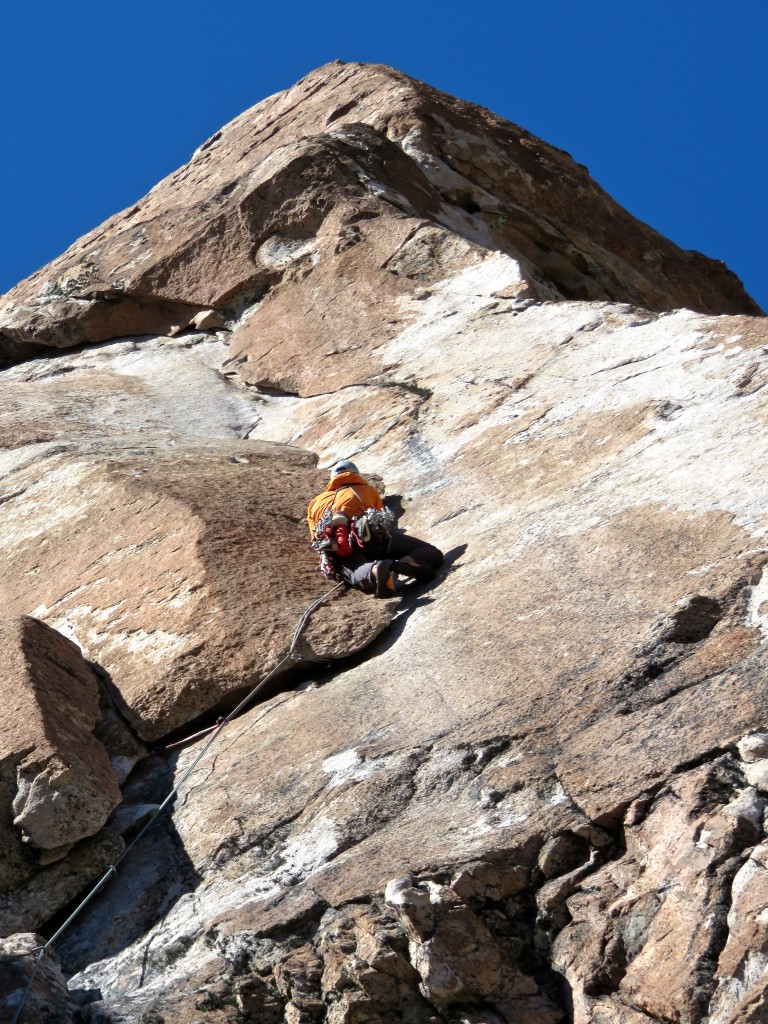 The very aesthetic flake crack. The starting roof of pitch 2 looms above (Feb. 2015). 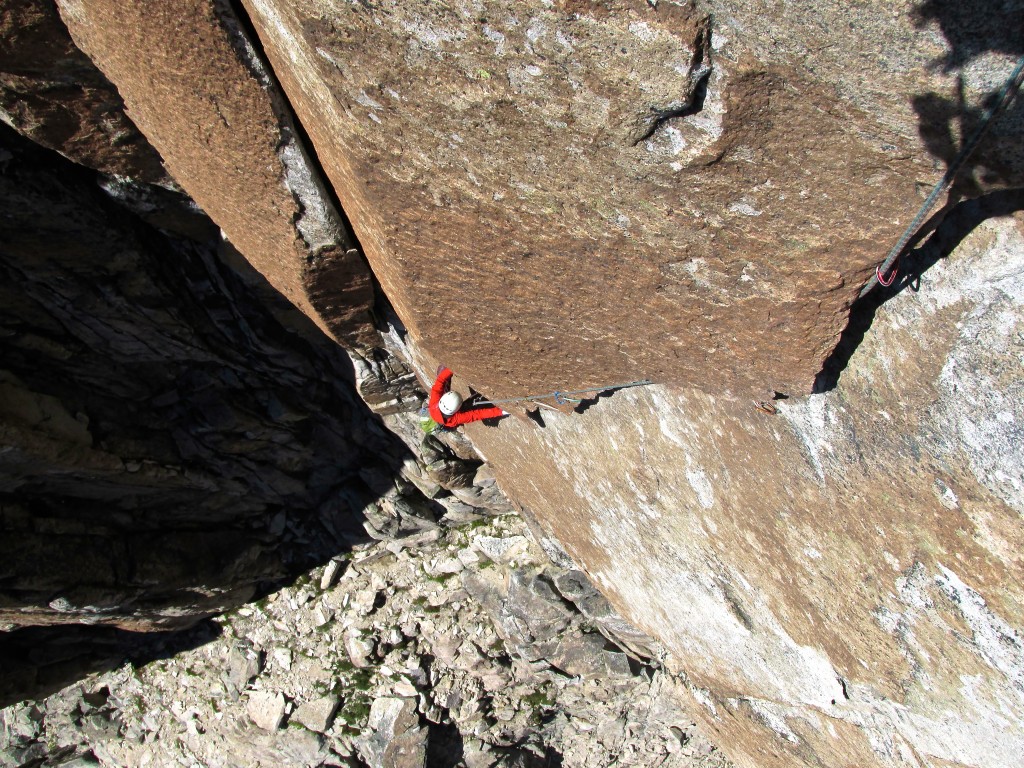 Shirley on pitch 1 of the beautiful Objetivo Luna. The flake visible here is one of the best sections of the route (Feb. 2015). 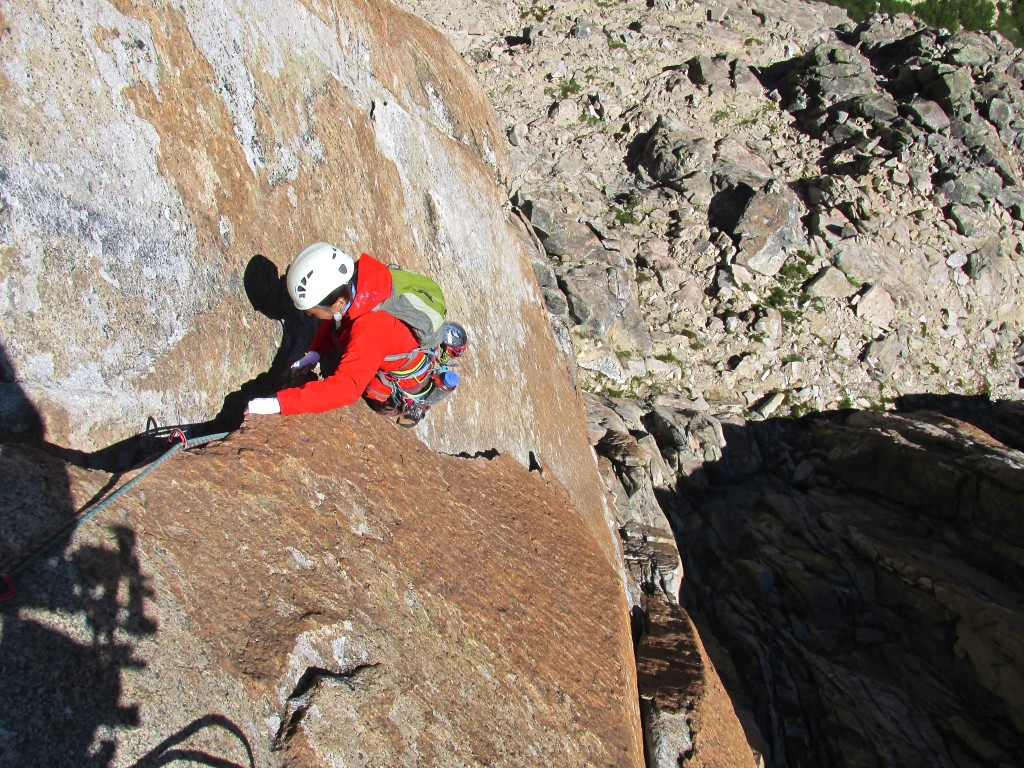 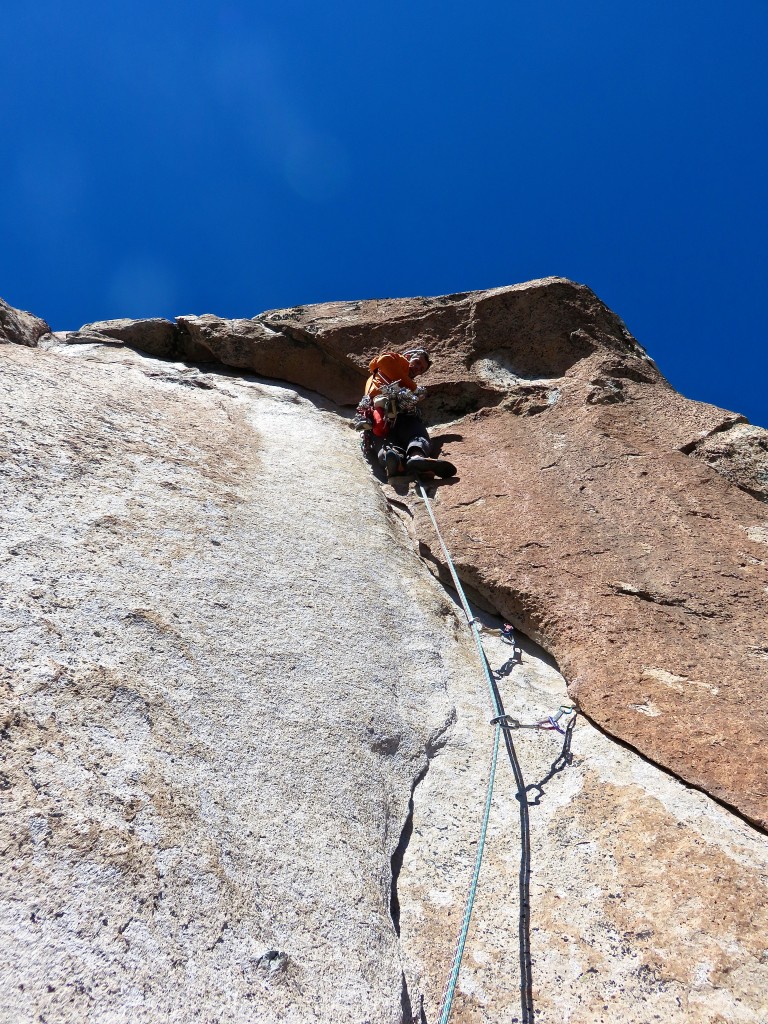 Starting the lead of pitch 2 – thin crack moves to the roof, move right and then the real sustained section of the pitch begins. Sling your pro well here! 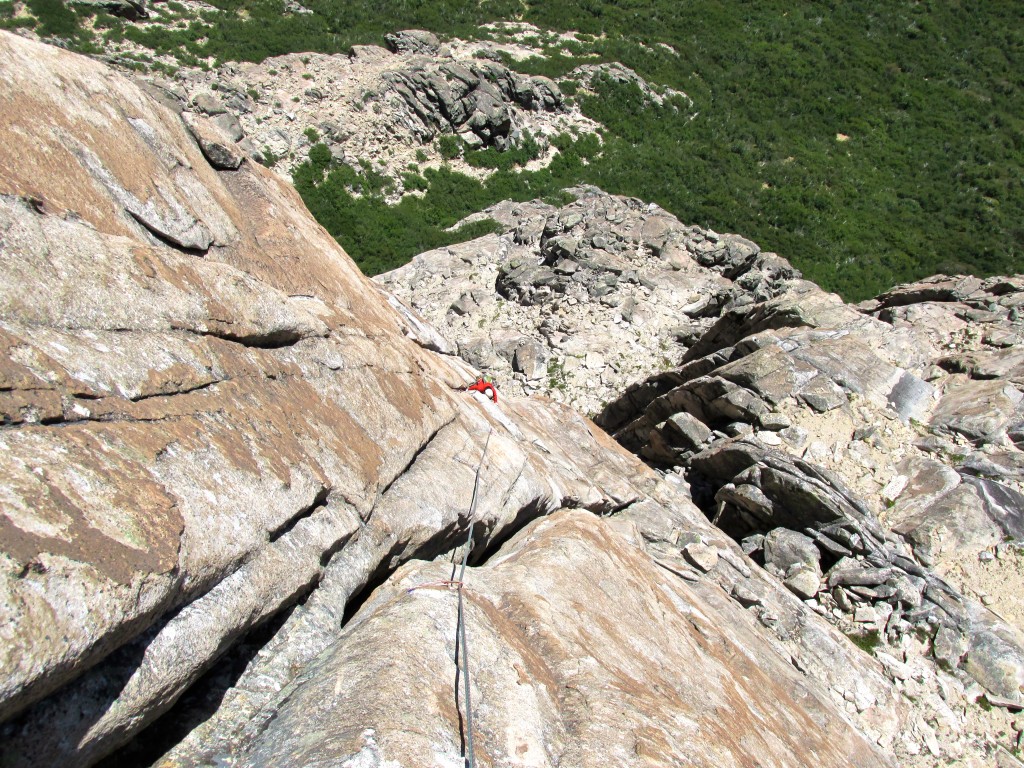 Shirley on the meandering pitch 2 of Objetivo Luna. Rated 6b and sustained – we thought it was the crux of the route (Feb. 2015). 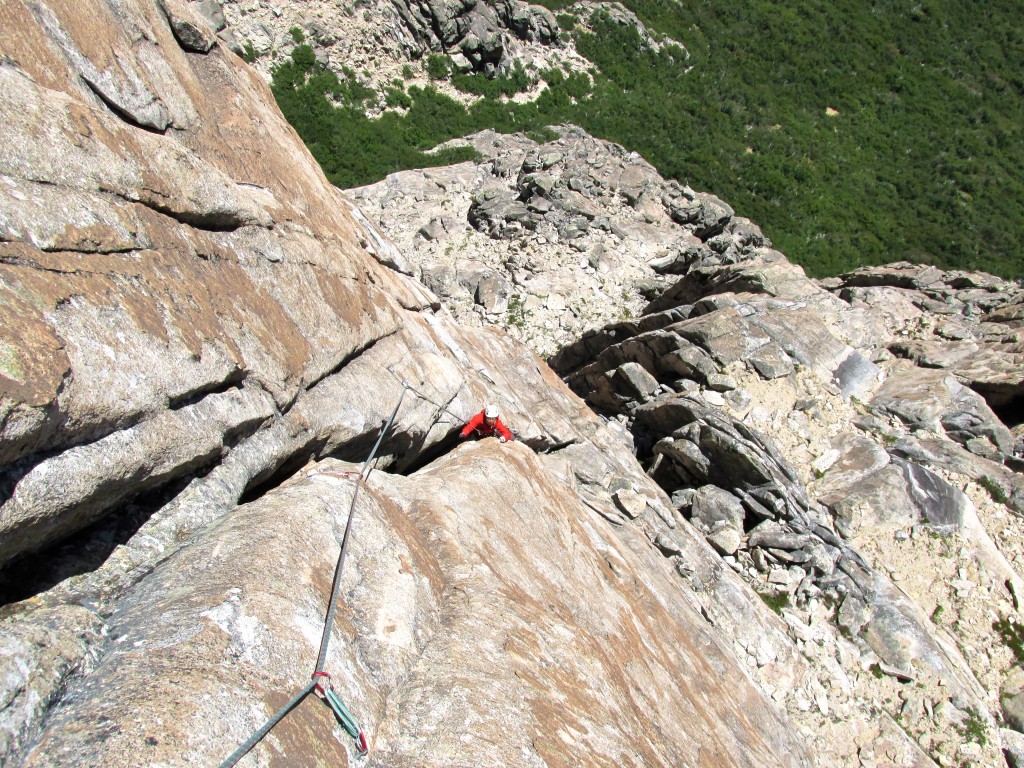 The pitch traverses a couple of crack/chimney systems and features some unpleasant rope drag (Feb. 2015). 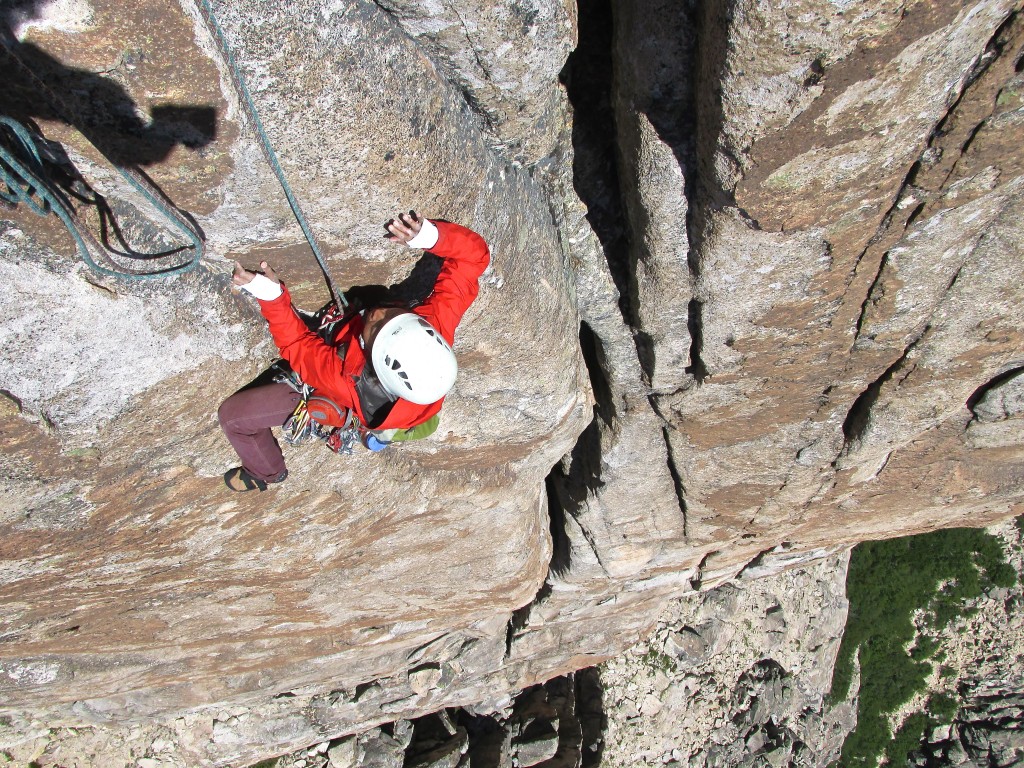 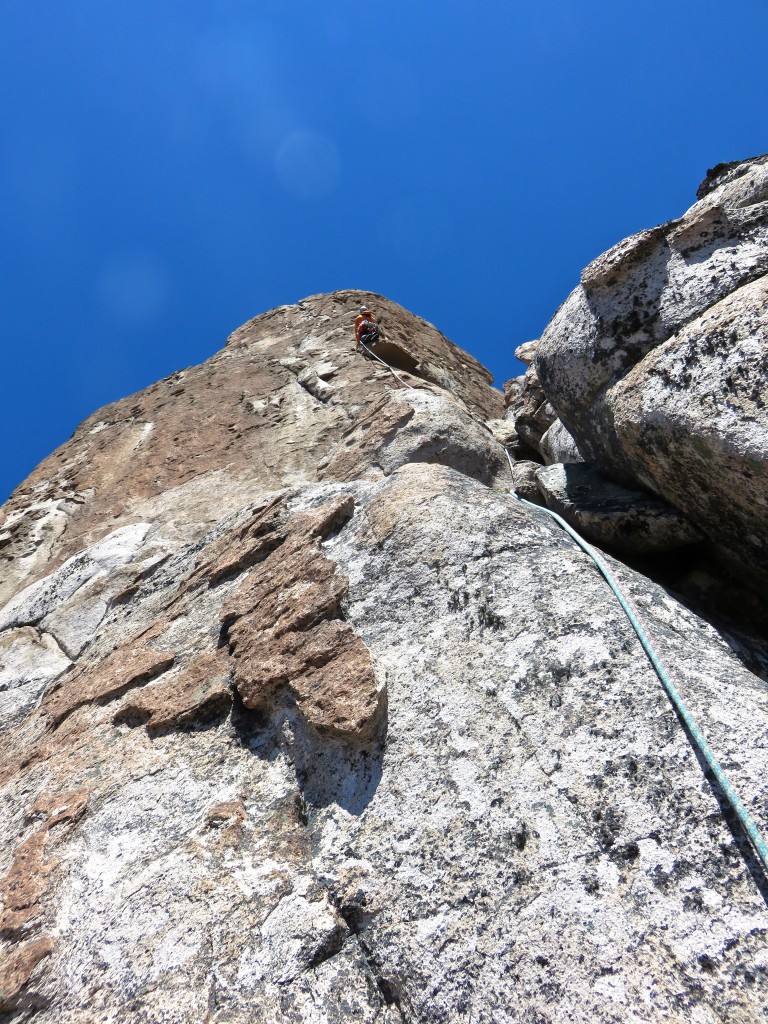 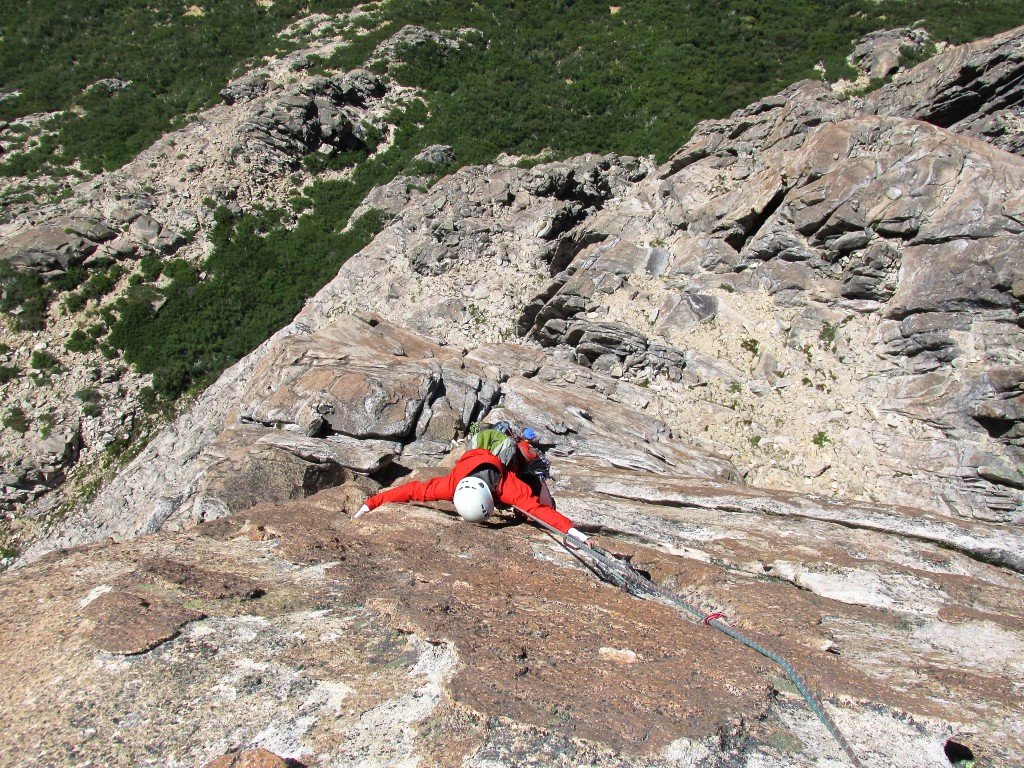 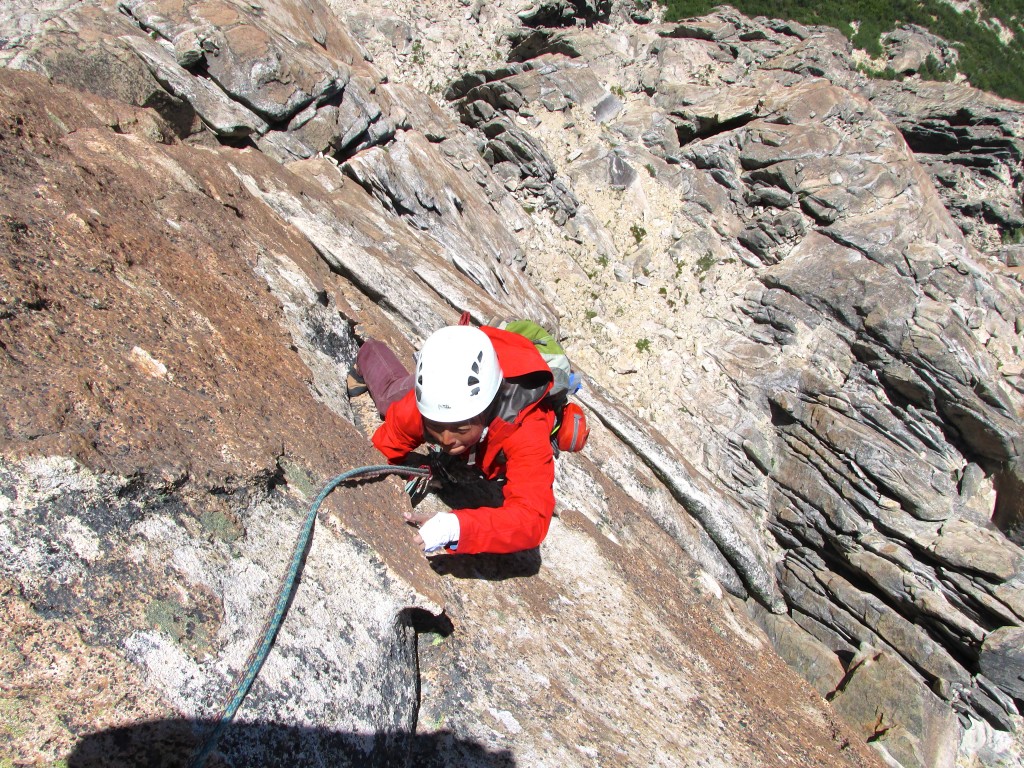 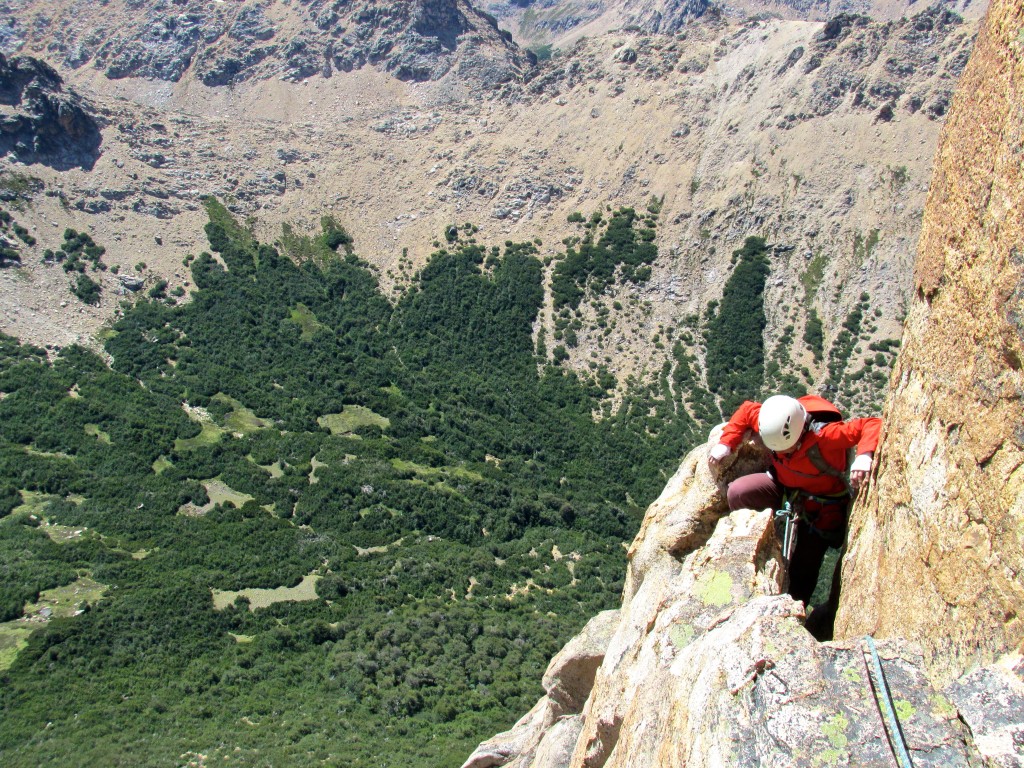 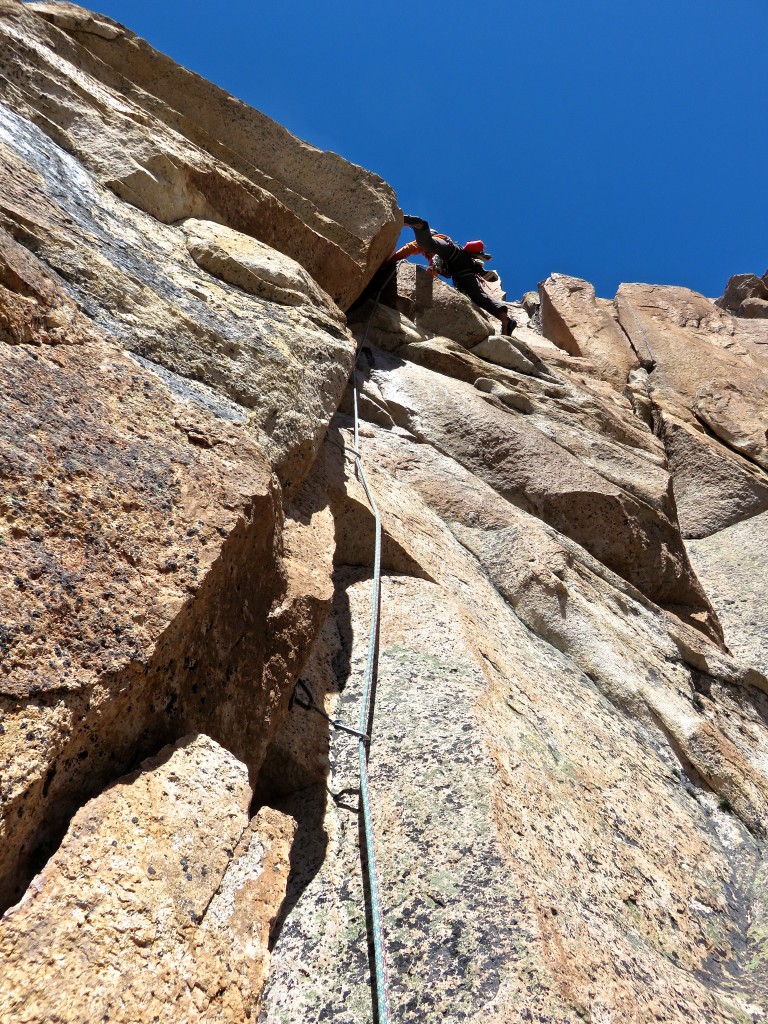 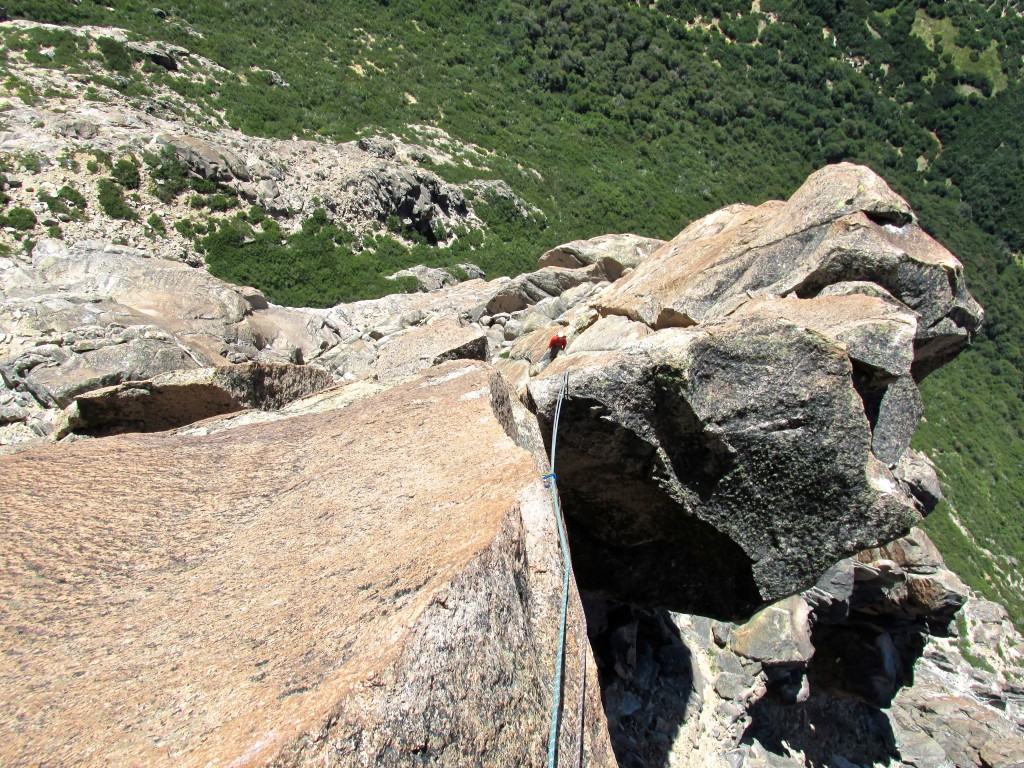 Looking back at Shirley from midway up pitch 5 – this is the transition from a nice crack to a nicer arete portion (Feb. 2015). 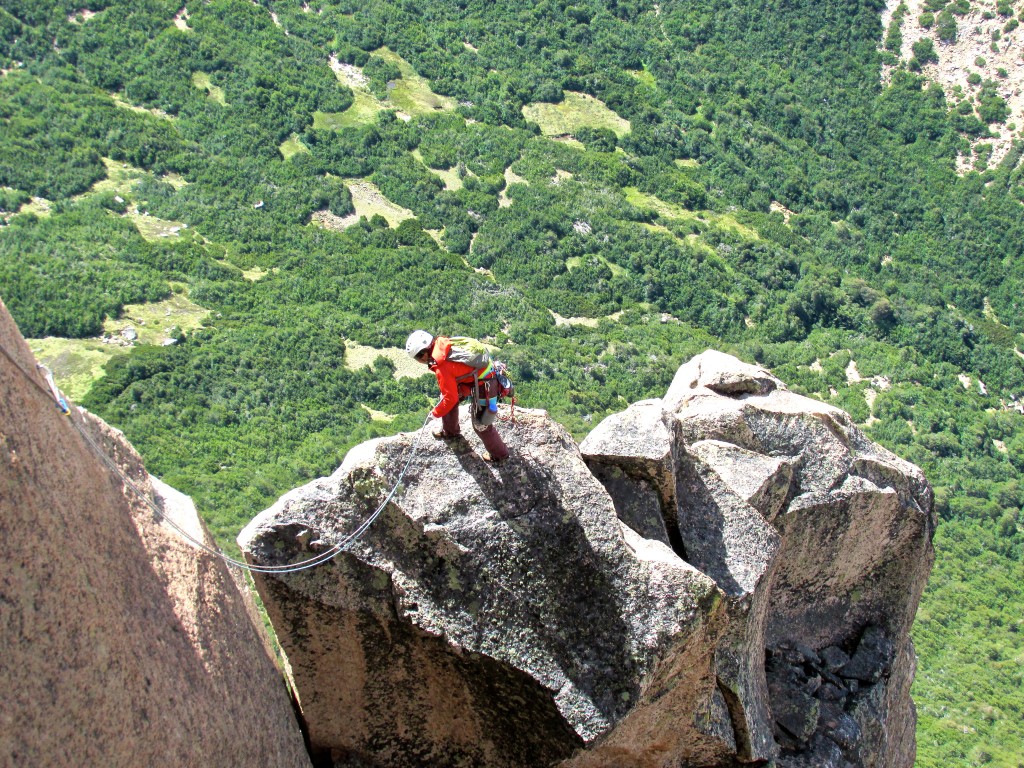 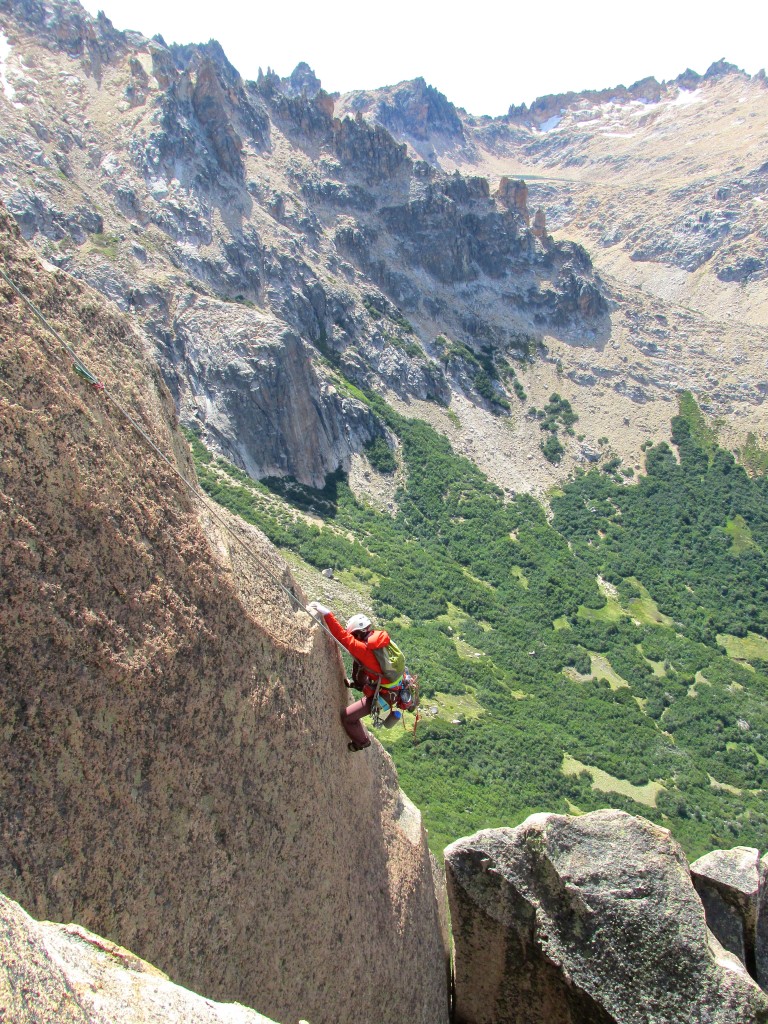 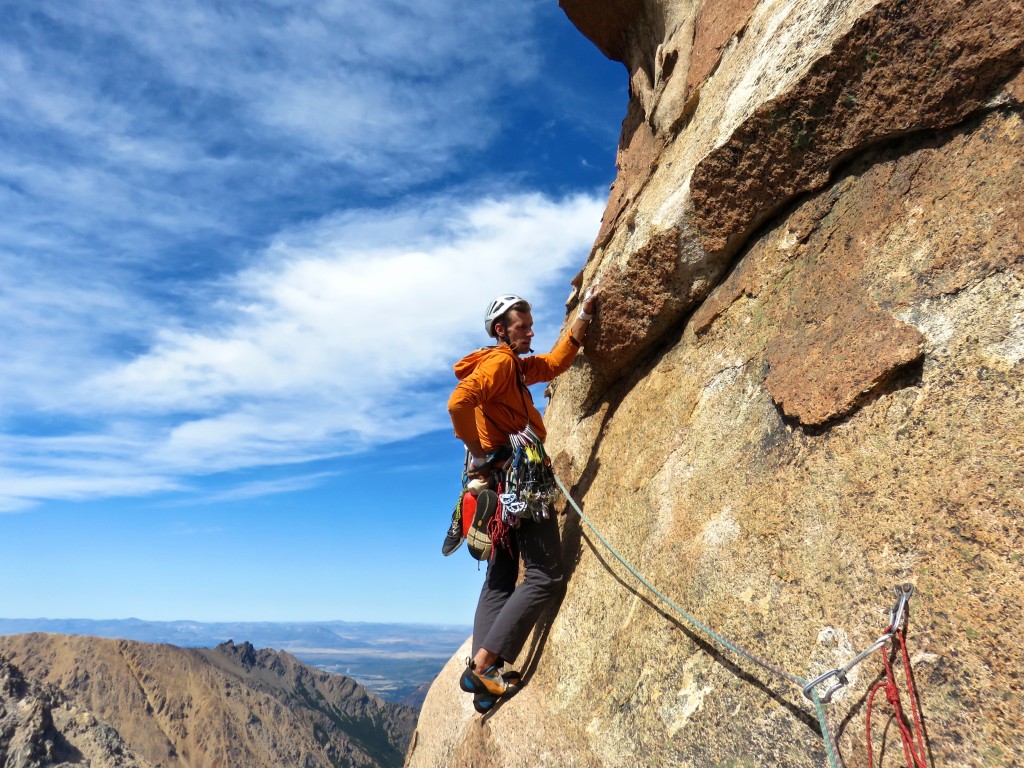 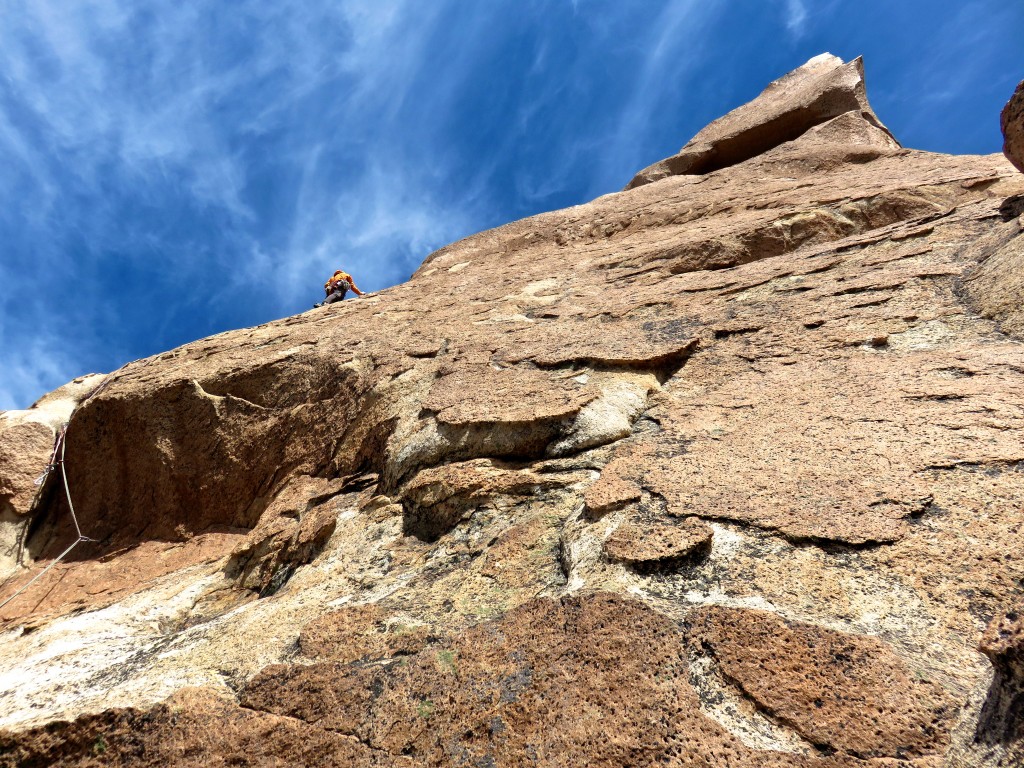 Leading the 6th pitch of Objetivo Luna above the crux (bulge/roof in lower left of photo). 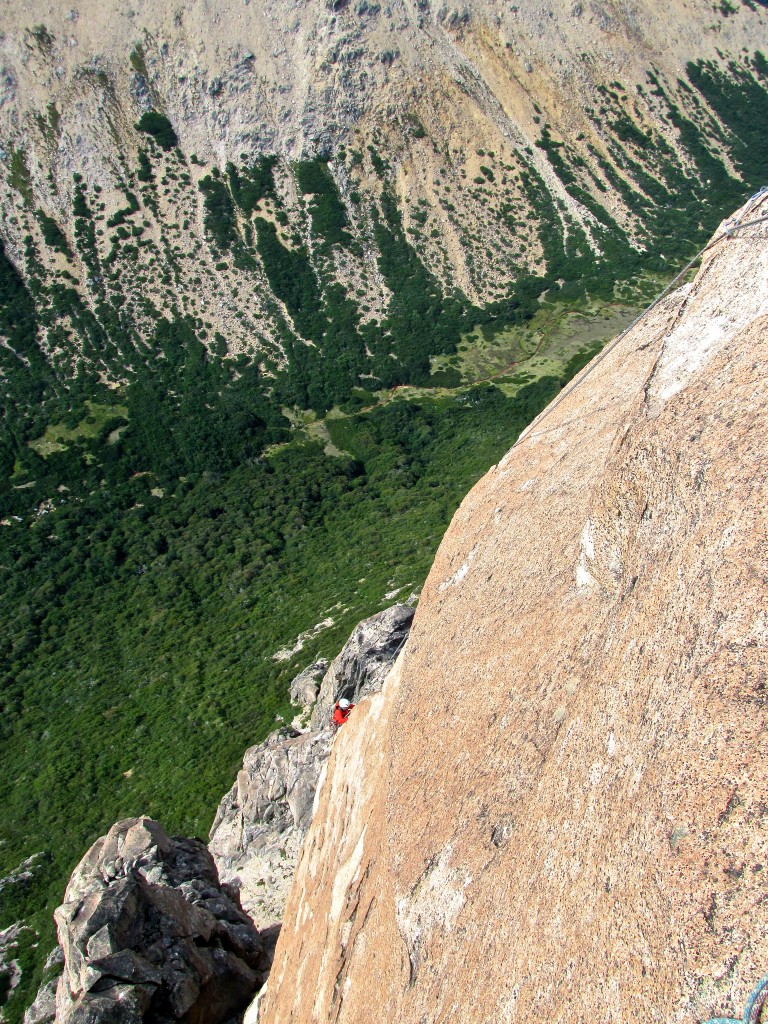 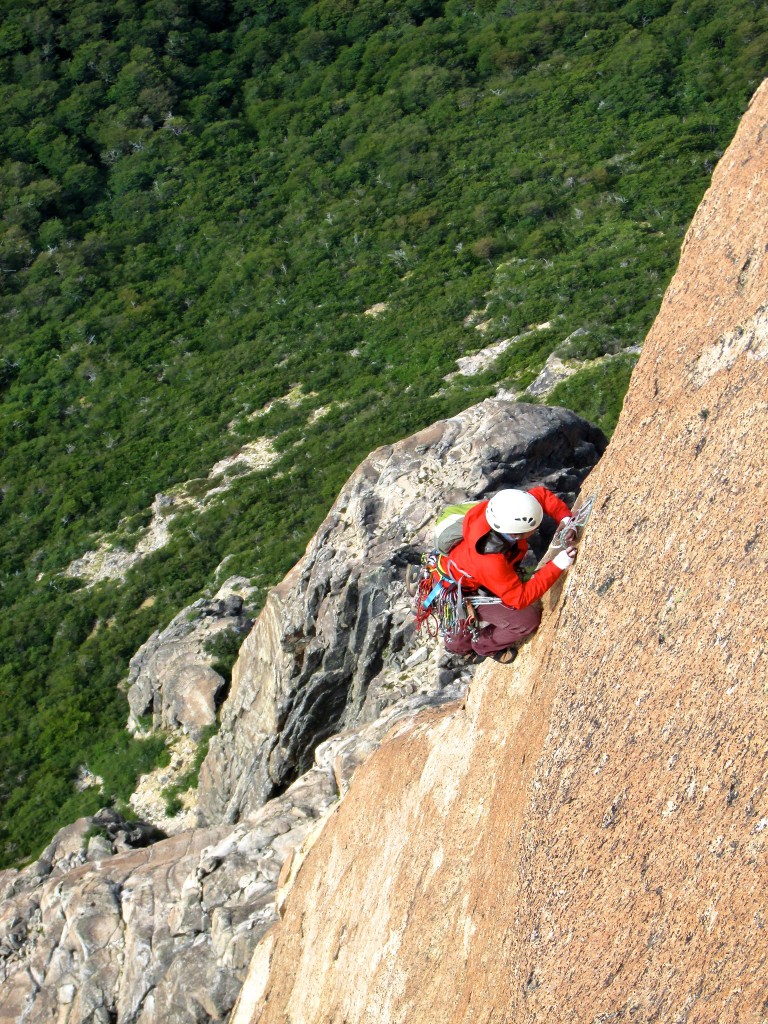 Fun face climbing above the short crux on pitch 6. 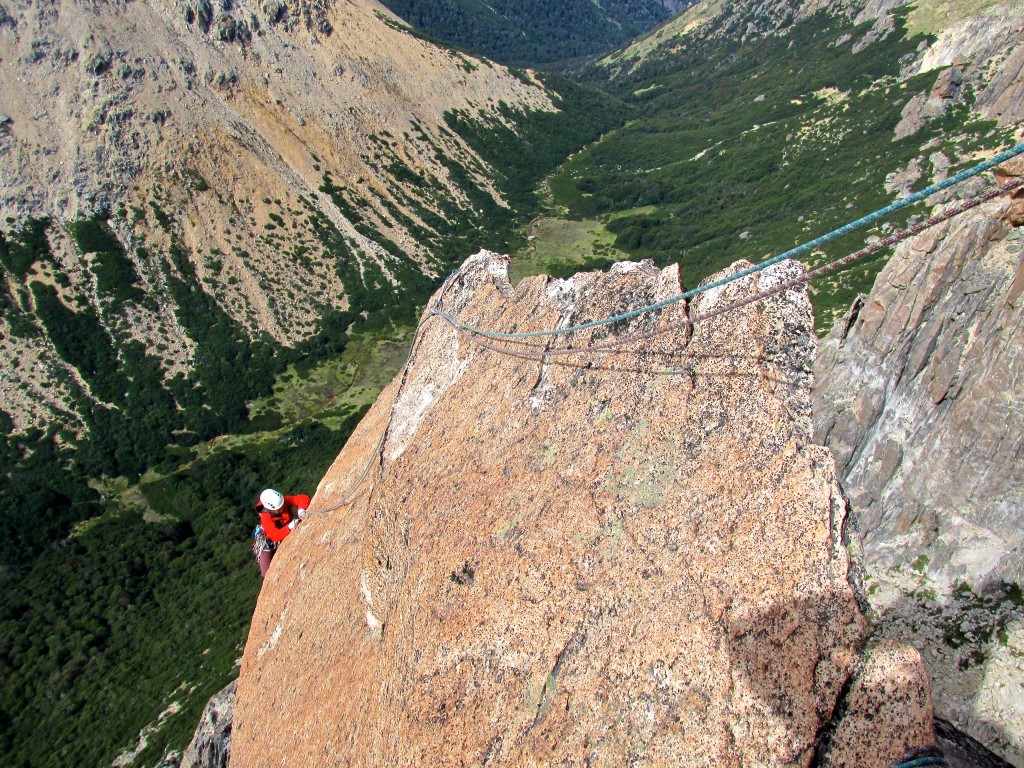 Shirley on the spectacular pitch 6 of Objetivo Luna (Feb. 2015). 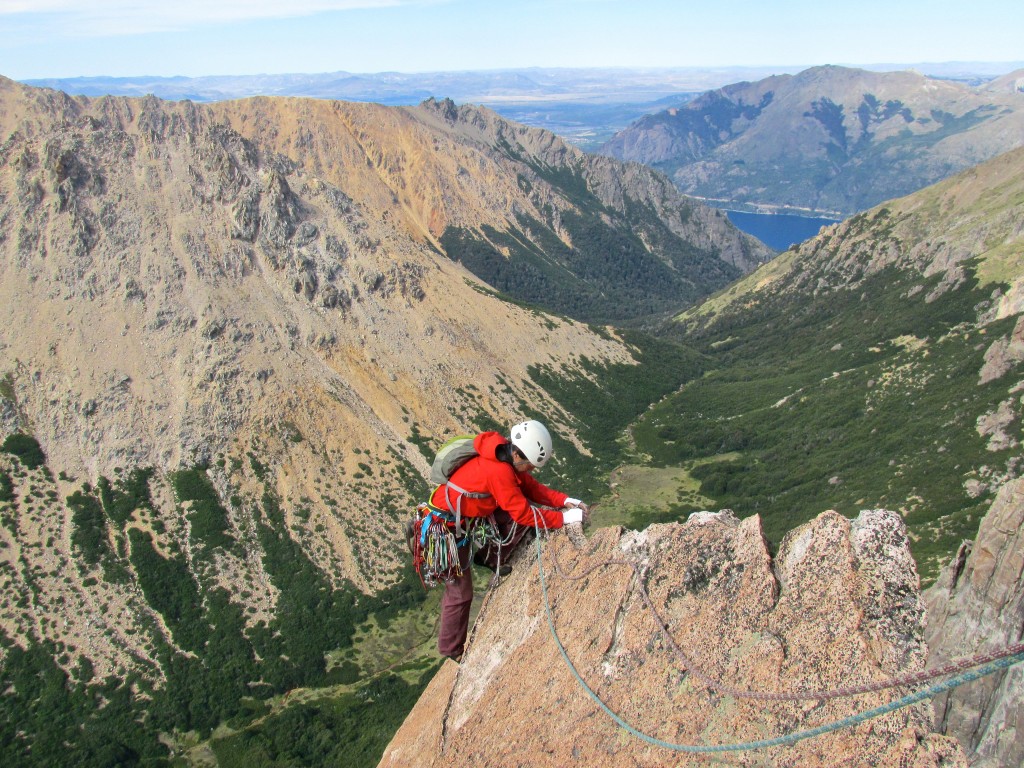 Topping out on pitch 6 – pretty spectacular position. All that stands between you and the summit is a two move wonder of a 6a pitch and some easy slab terrain (Feb. 2015). 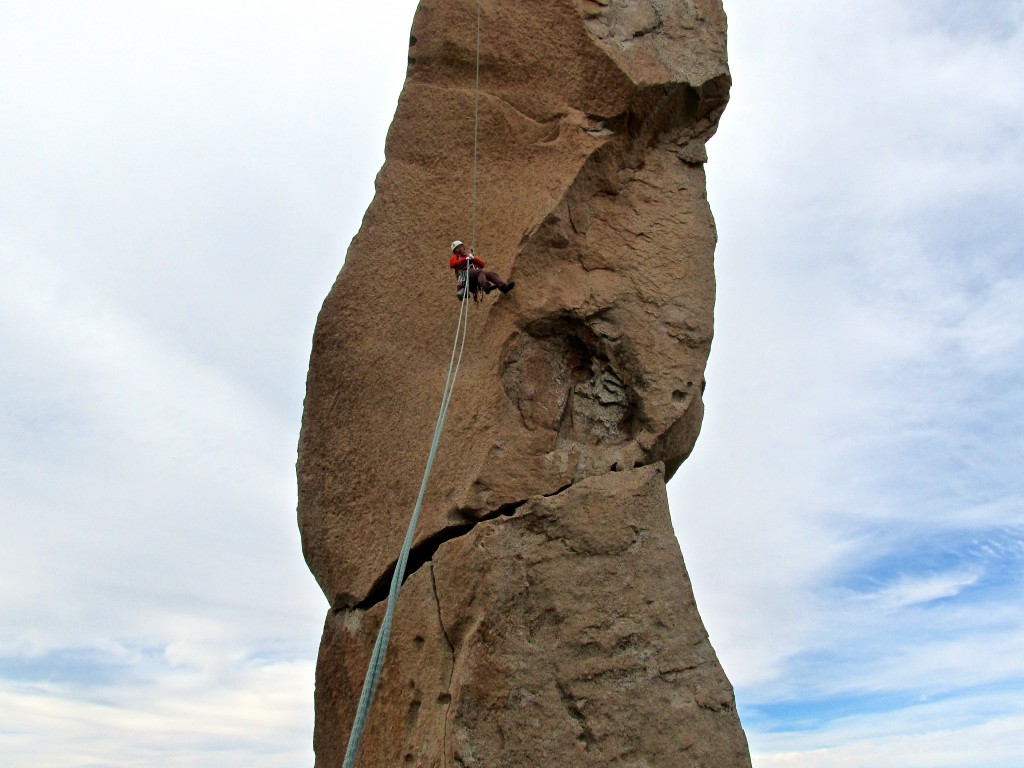 Shirley rapping off the summit of El Cohete Lunar (Feb. 2015). 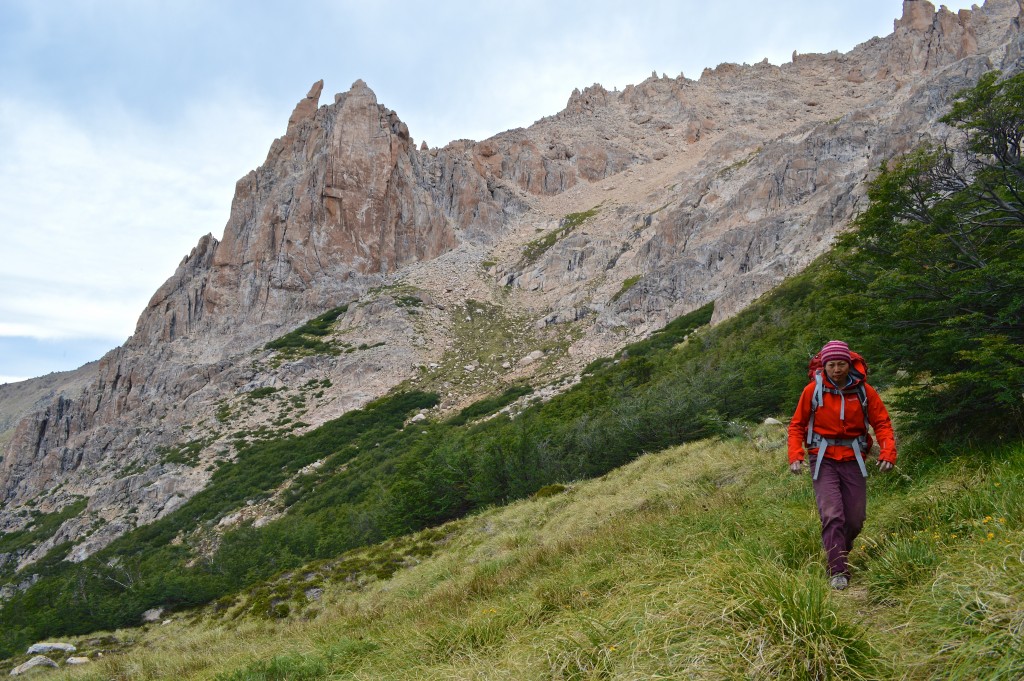 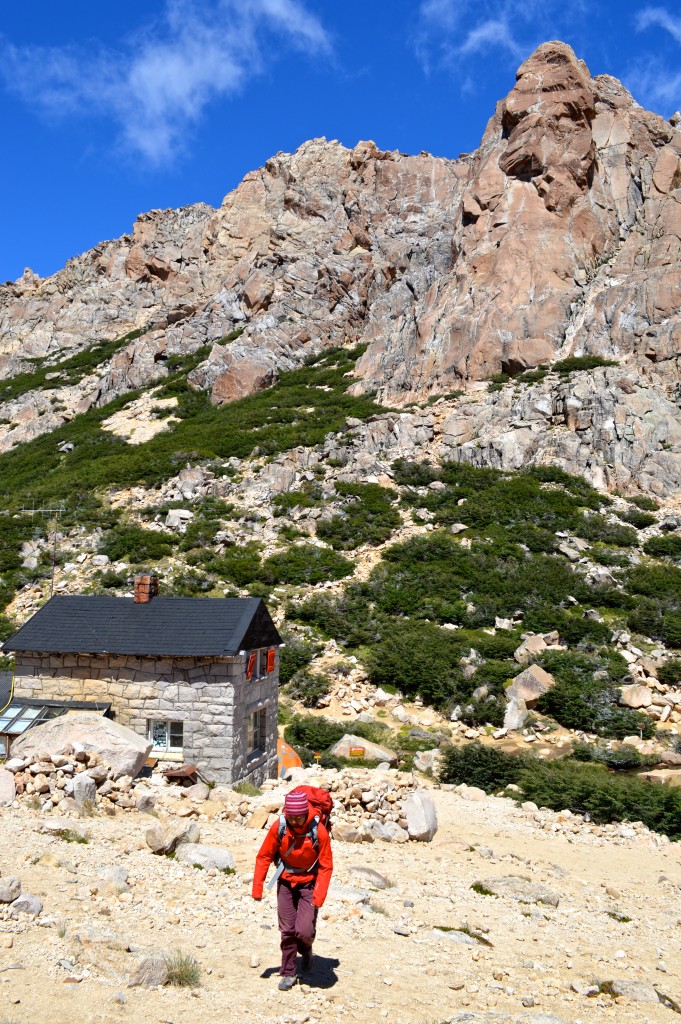 Go to Trip Out.
Go back to Frey.