Go back to Mali.
Go back to Dogon Villages Part 2. 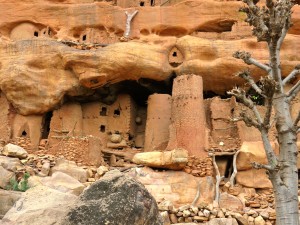 In Koundou, another set of villages and another friendly Dogon guide named Antaba took us around. He was a young man who seemed excited to practice his English and so I think he was actually a bit disappointed when we were both practically unconscious by 7:30pm. Yup, we were still on a climbing (senior citizen?) schedule: out at dusk and up well pre-dawn. This was our final night in Mali. In the morning – after fixing a flat on Salvador’s car (only hiccup of the trip) – we drove south with one more visit and hike through a mountain-side Dogon village of Youga Piri. 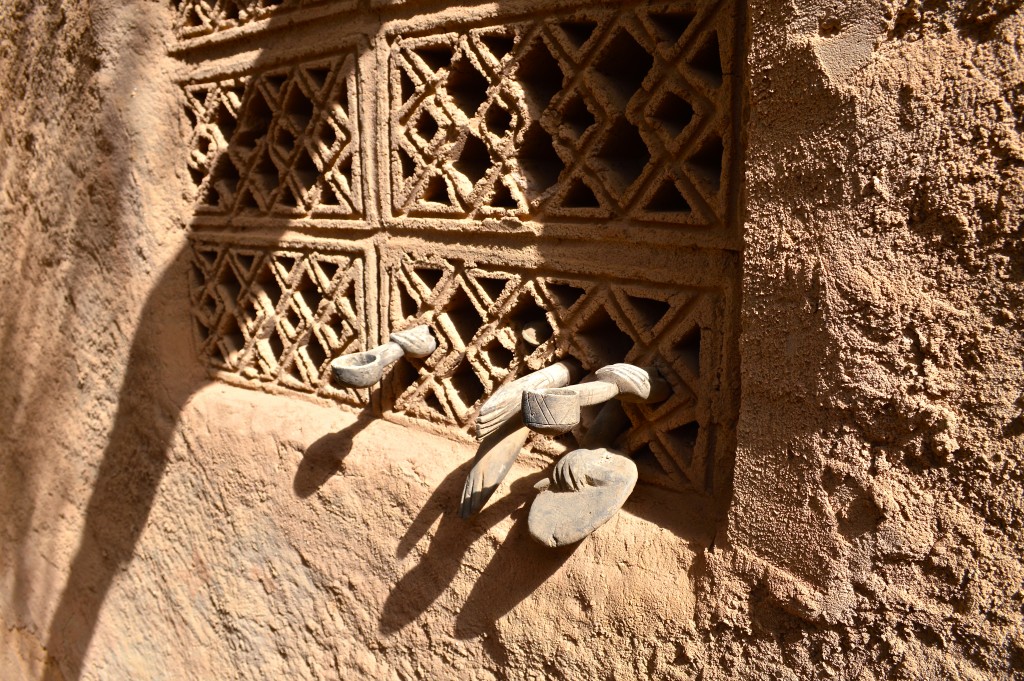 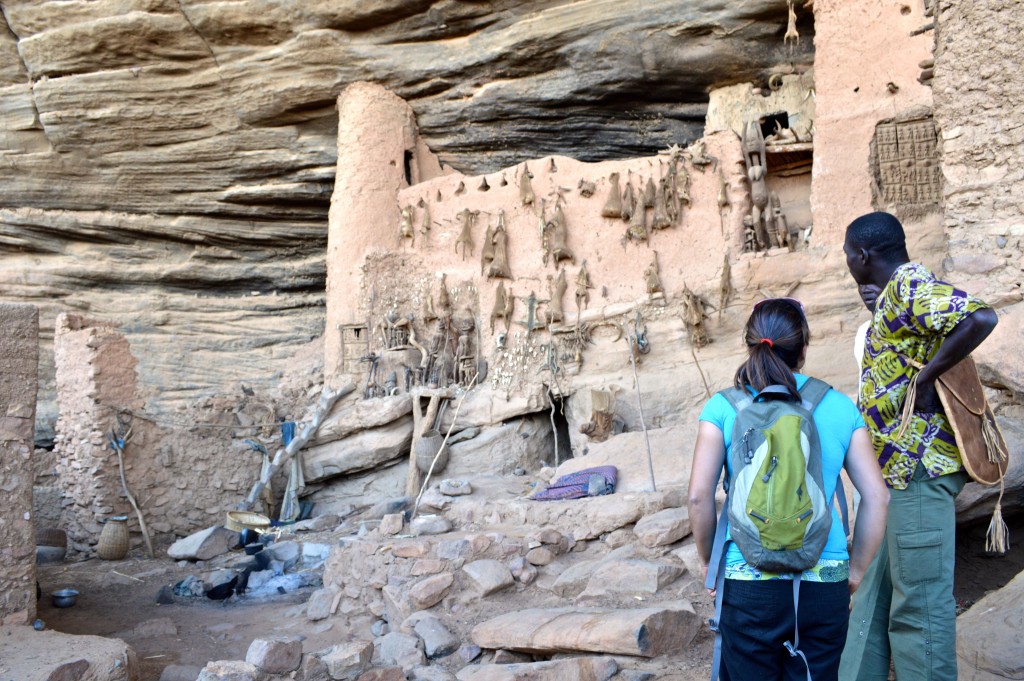 Exploring some villages above Koundou with our Dogon guide named Antaba (Jan. 2016). 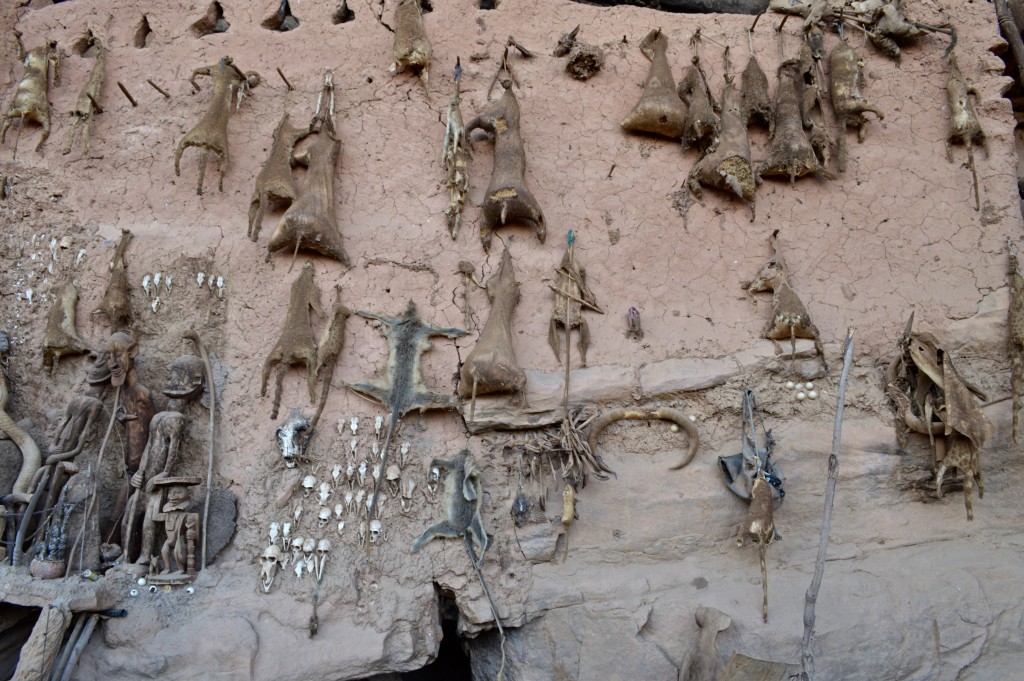 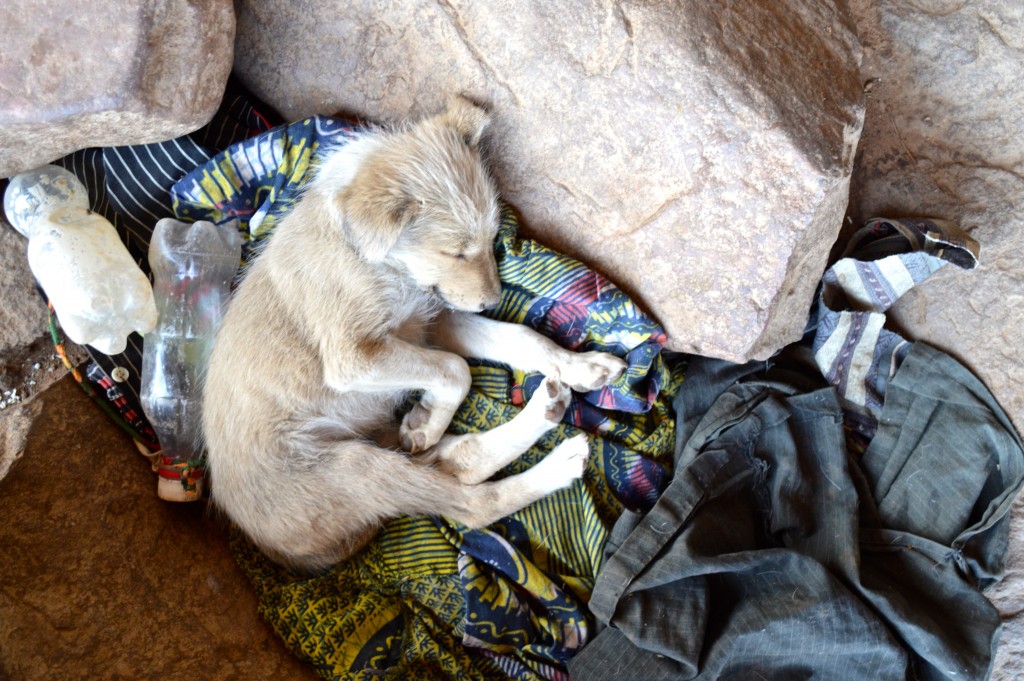 We started to see dogs once we reached the Dogon plain below the escarpment…including this puppy sleeping away the day (Jan. 2016). 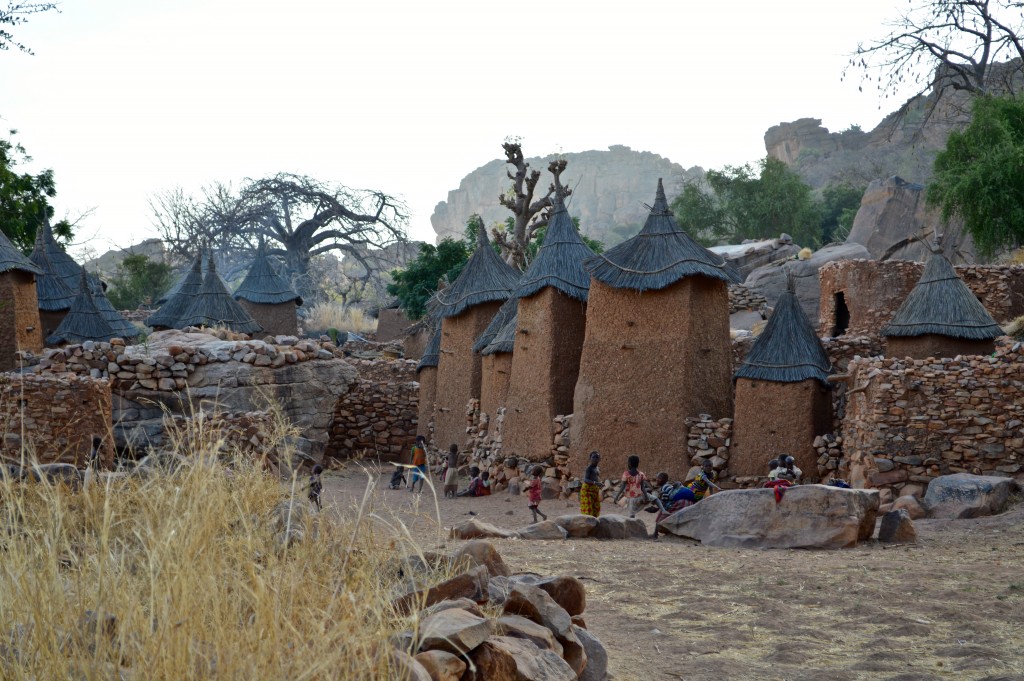 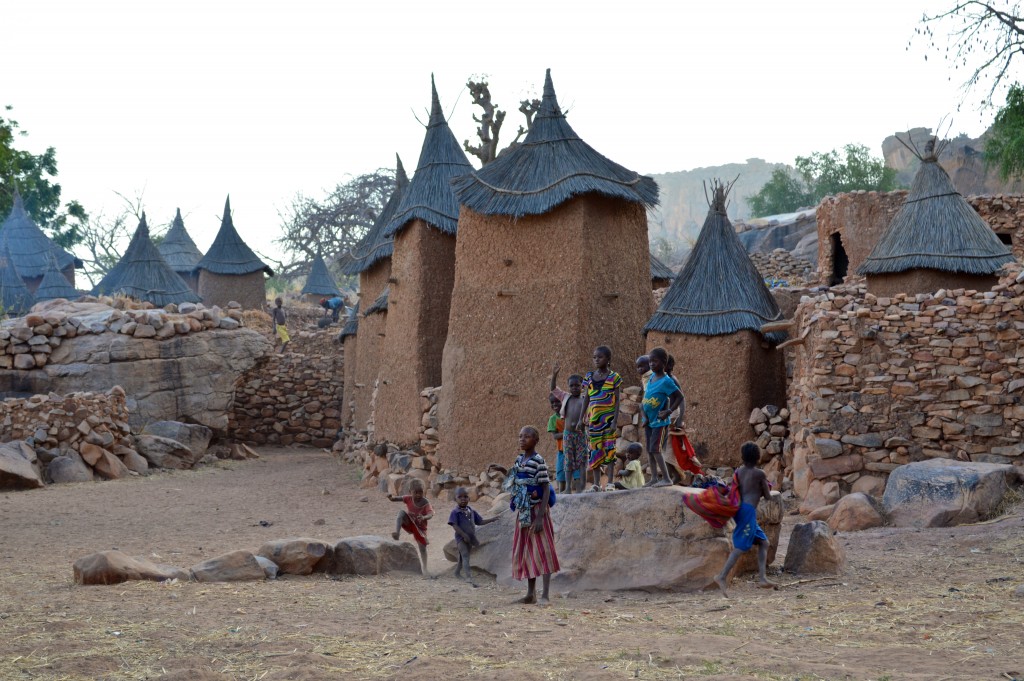 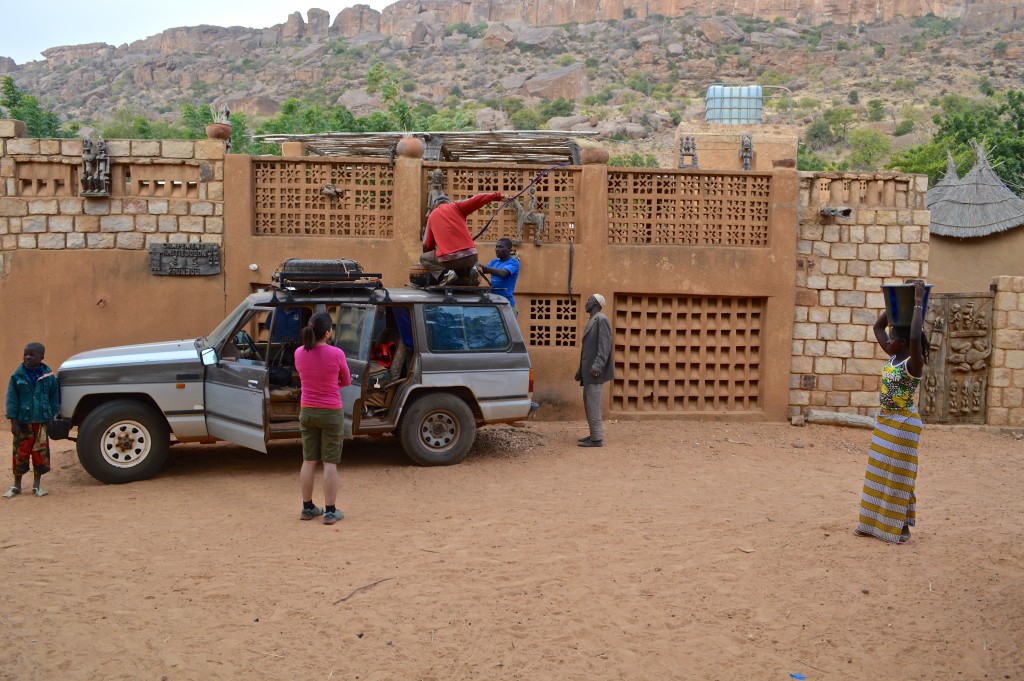 The only (very minor) hiccup of the trip was a flat tire we found in the morning before setting out of Koundou (Jan. 2016). 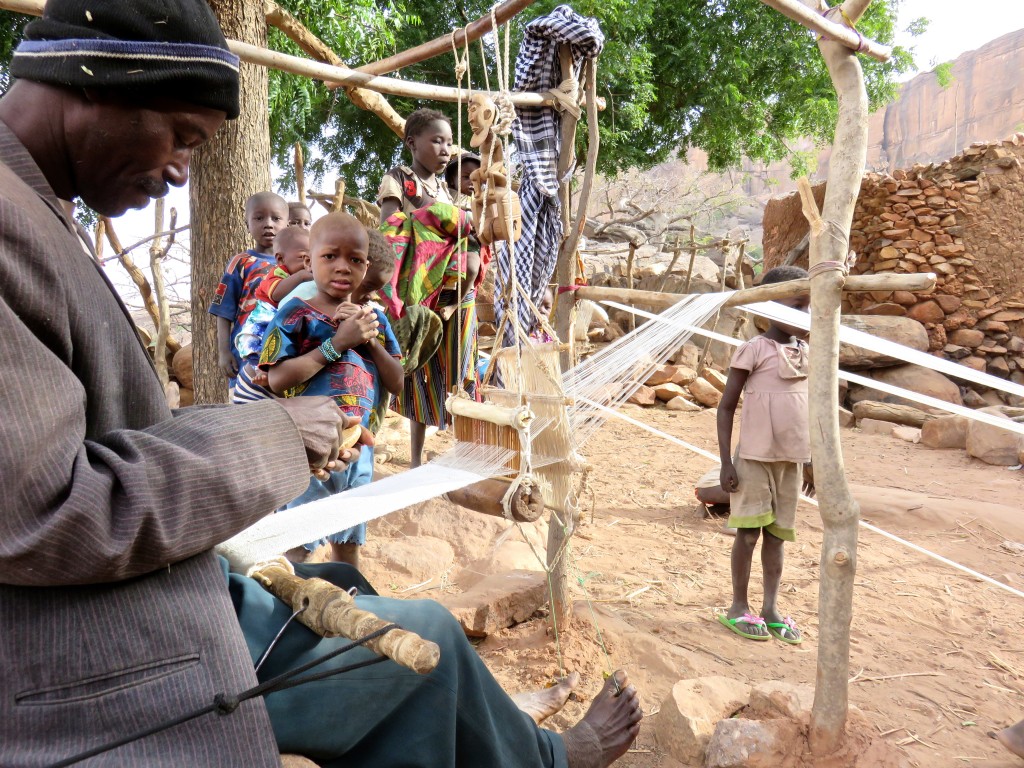 Cotton weaving operation in the village of Youga Piri. Click for a quick little “how to” video…you know, in case you’re into cotton weaving (Jan. 2016). 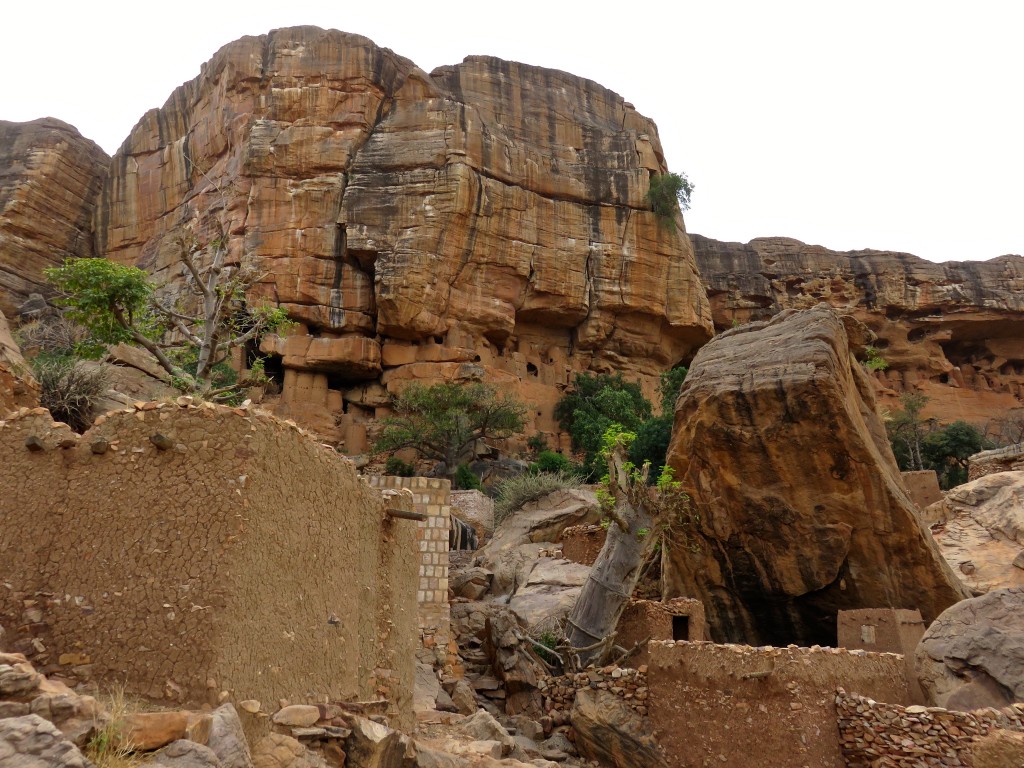 Youga Piri. Note the nice crack systems on the cliff in the background (no climbing allowed) and also the V13 boulder above some Dogon houses on the right (Jan. 2016). 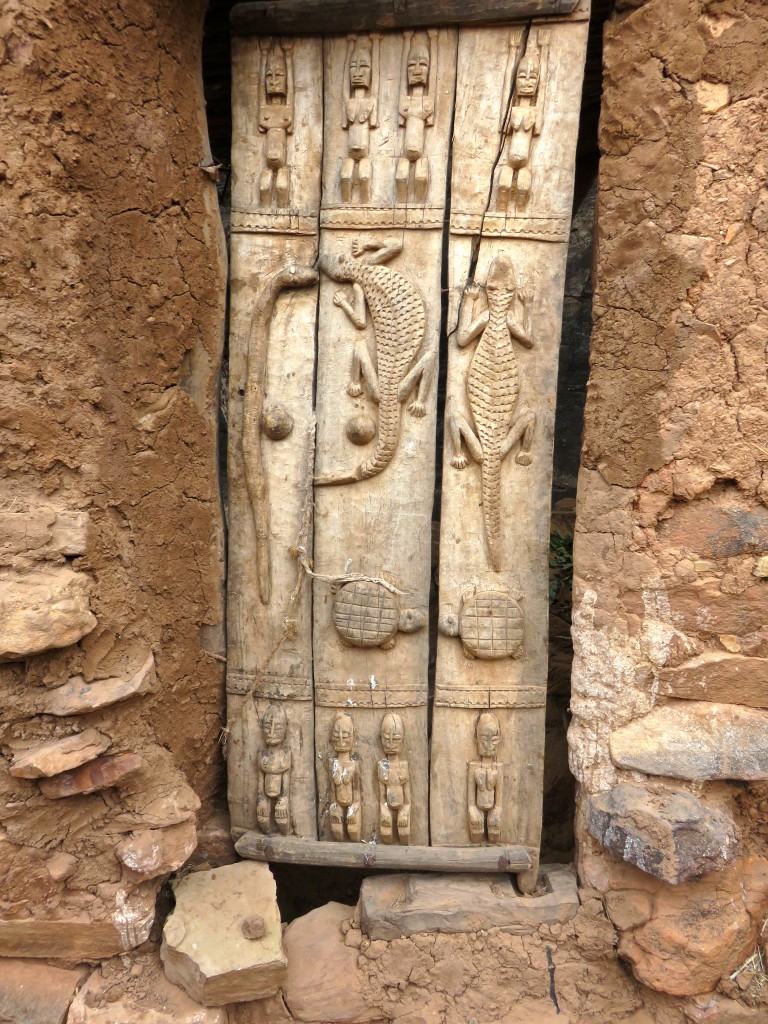 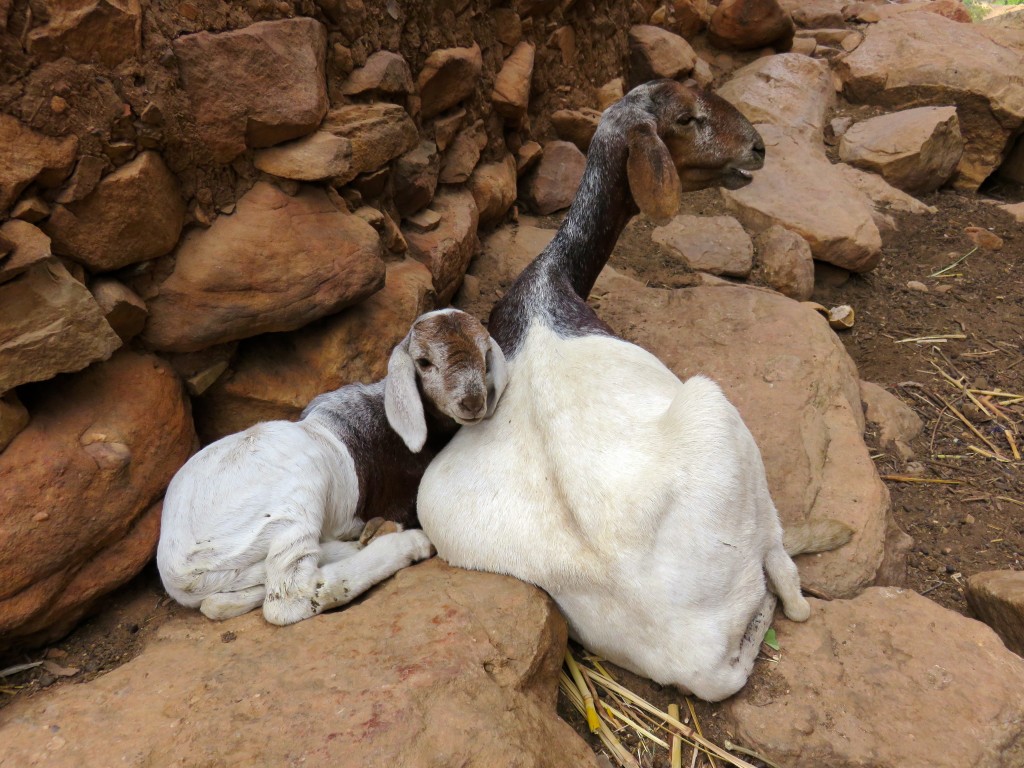 …delicious (I especially enjoyed the grilled hearts)! Yes, maybe I go to hell for this. 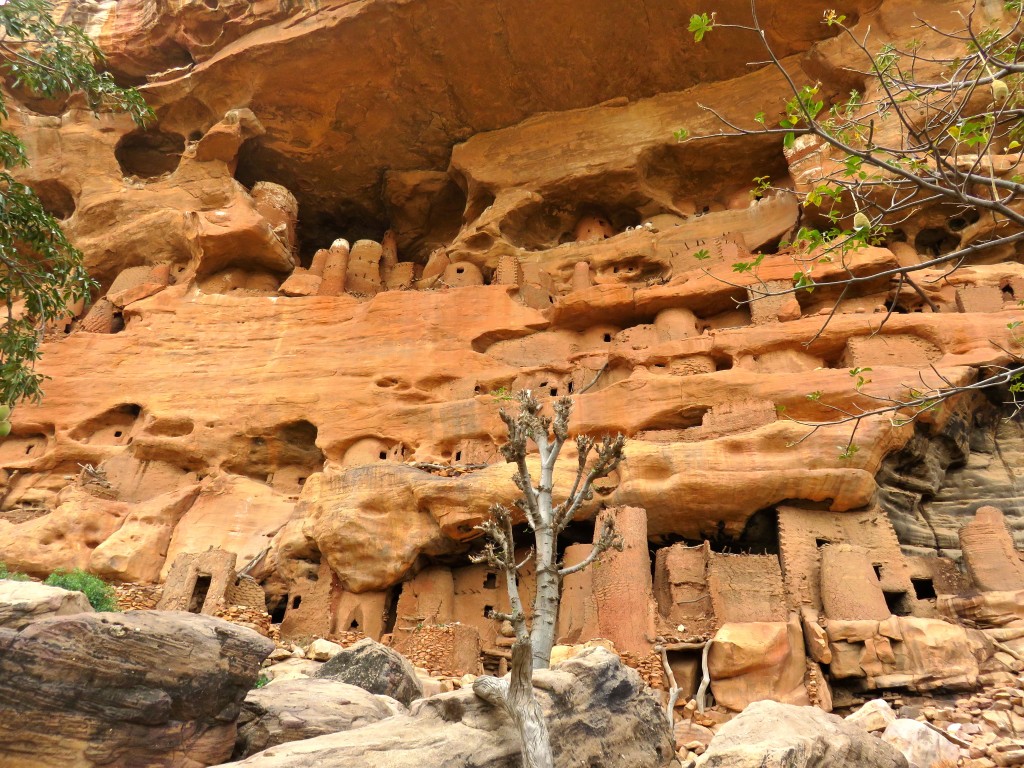 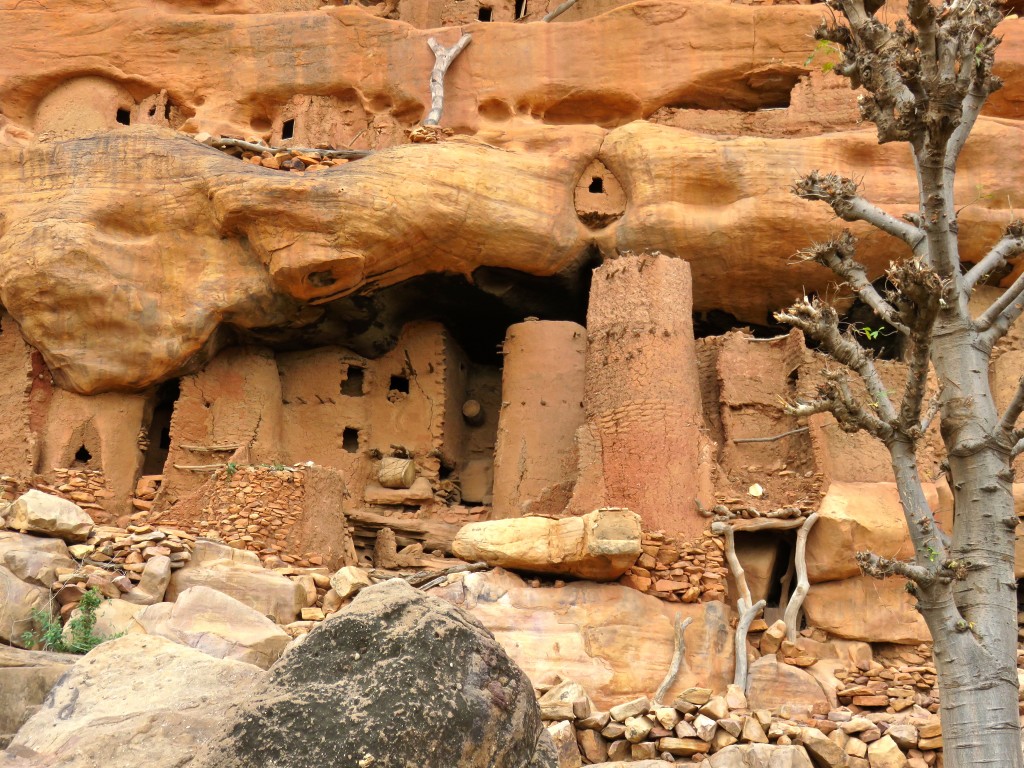 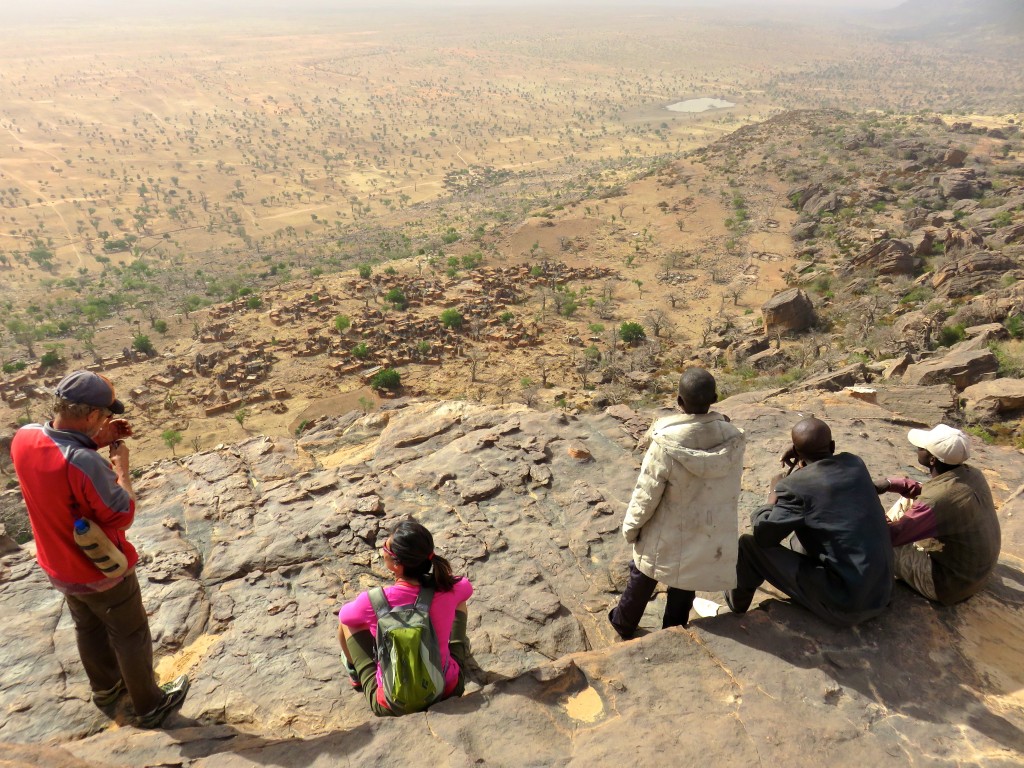 Salvador, Shirley, and our local village guides atop a mountain above the village of Youga Piri (but it’s not Youga Piri in the photo). 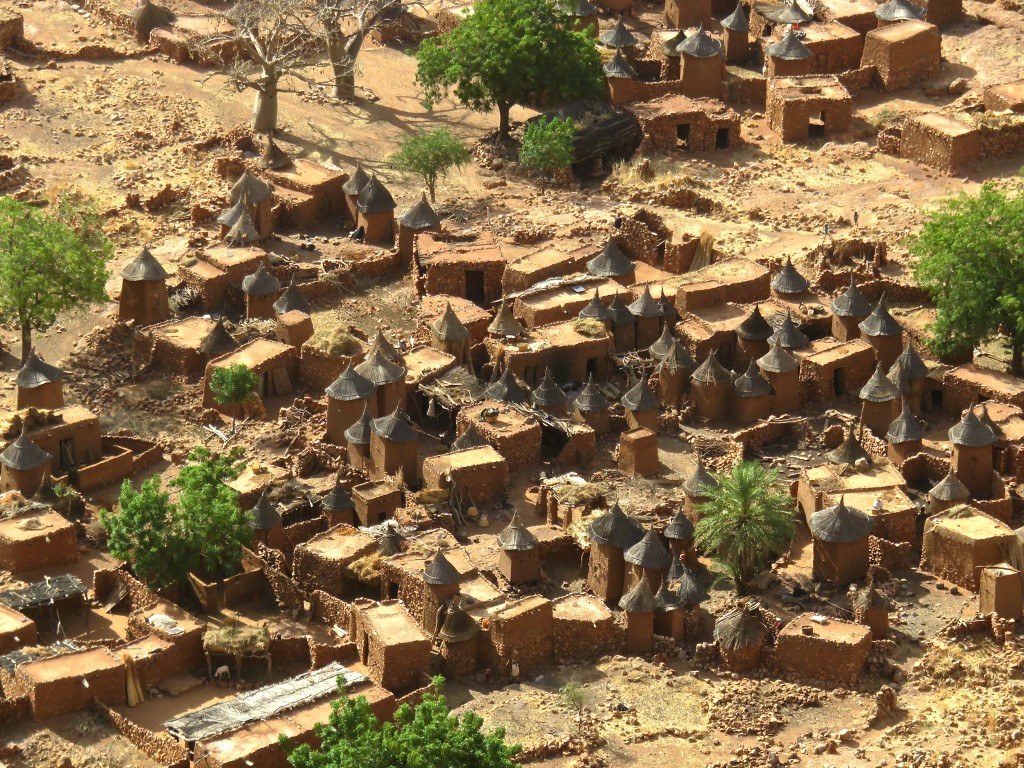 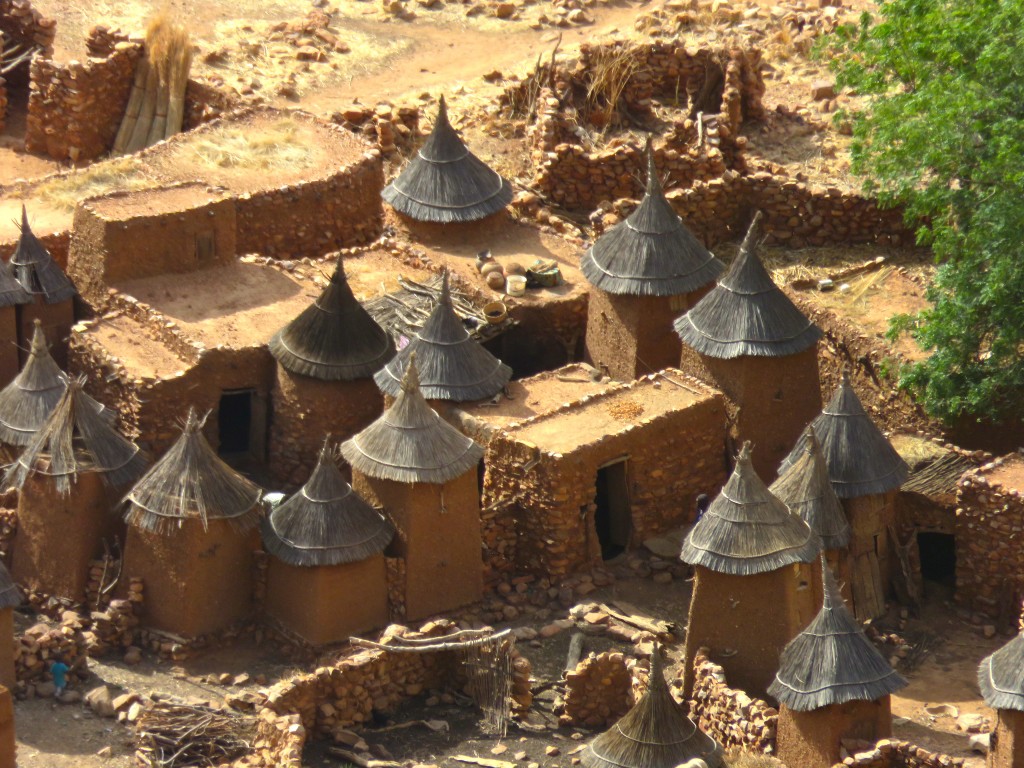 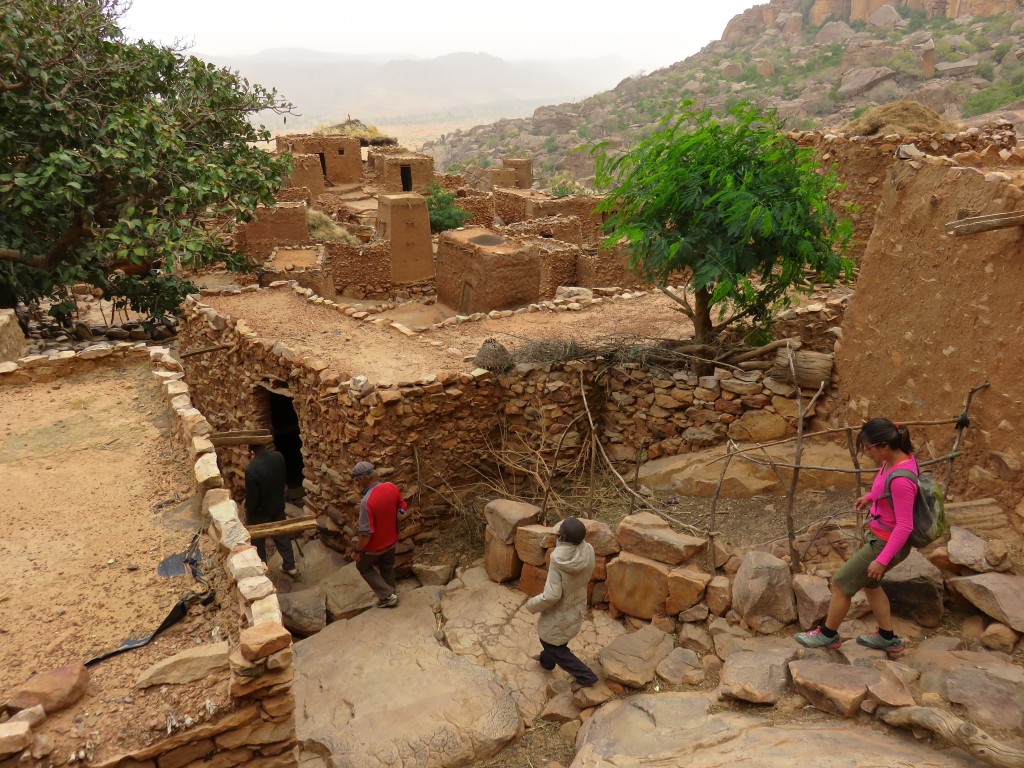 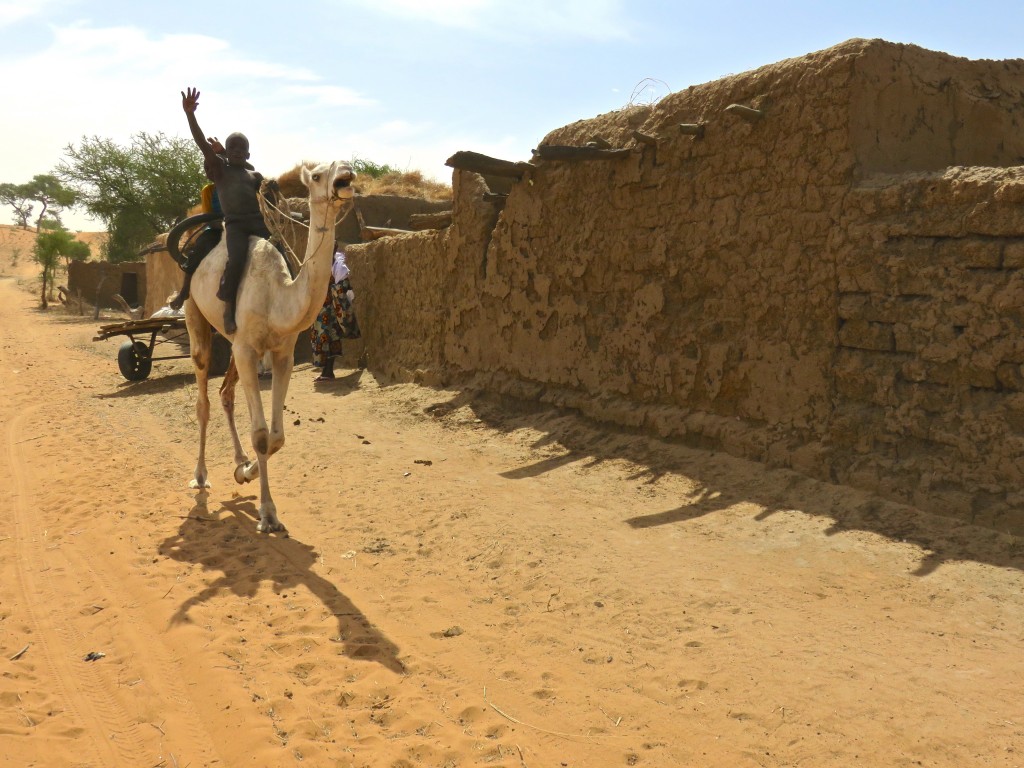 Go to Mali To Ouagadougou.
Go back to Mali.