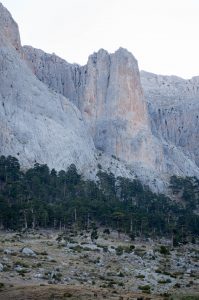 Next day we left the comfy Aladaglar Camping Bungalow and headed west. The goal was another mountain range called Dedegol some 7 hours away above a village called Eldere. The mountain access roads from the east side of the range had been cut off by a dam and so we ended up having to drive around the range adding another 2+ hours. Eldere is nothing more than a few farm houses in a high valley and it turn is about a 45 minute drive from a slightly larger village called Aksu. Once we got to Eldere we were still facing an hour-long uphill drive on a somewhat rough forest track to access the climbing. We finally reached the foot of the formations in the early evening. The walls of Dedegol are indeed very impressive and home to a number of long routes (15-ish pitches); some moderate, some hard. We set up camp on an open plateau (the only flat area) and enjoyed dinner while watching a herd of horses. We hit the sack only to be awakened around midnight by car headlights and some loud voices outside. There was an older couple talking to me frantically but of course I could not understand what they were saying. The woman yelled at the guy who was doing the talking and they left abruptly while I got back in the tent and passed out. At about 1am the sound of wind awakened us: we’d hear a roar high above us and three seconds later a freight train would slam into the roof of our tent bending it way out of shape. This continued without interruption. After a while, one of the guy lines ripped the fly and so the tent was able to pancake repeatedly (video). Eventually, the poles fatigued and the tent would not spring back up. It was an eventful night and the windstorm was still going as we packed up very carefully at 9am and drove back down into the valley. Who would’ve imagined that we’d need a 4-season expedition tent for an August outing into some Turkish mountains. With our tent destroyed, we drove down to Aksu and started looking for a plan B for the next two days. 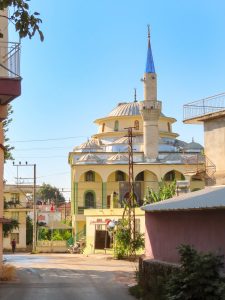 We considered going back to Aladaglar but decided to head towards the coast where we were due for a kayak trip in three days. We found a place to stay and called ahead to see if they had anything worthwhile to climb (as in multi-pitch). We arrived at the very nice but hot (45C) Climbers’ Garden in Geyikbayiri some 30 minutes above Antalya in the early afternoon. We burned the remainder of the day by heading east along the coast to the touristy Alanya for some food and beach time. 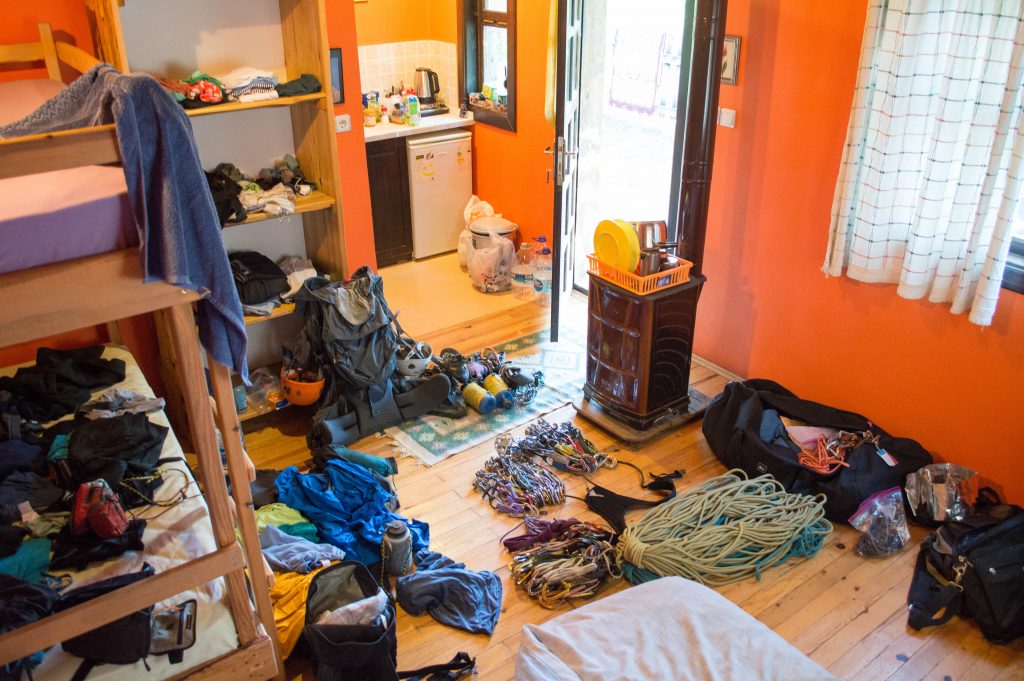 Sorting gear in our comfy and cozy bungalow (August 2020). 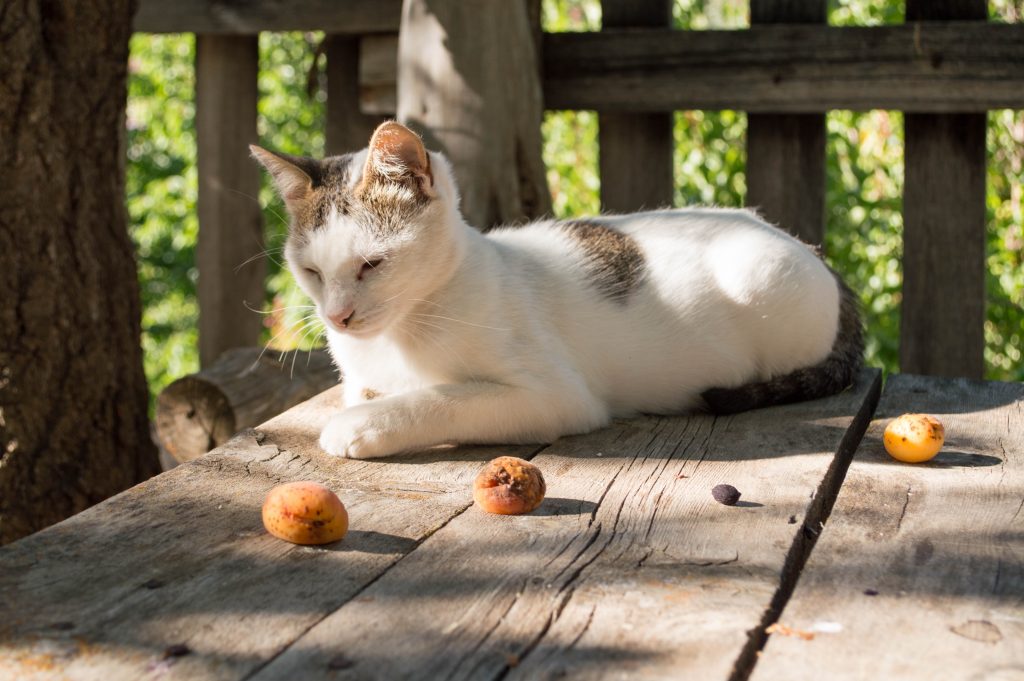 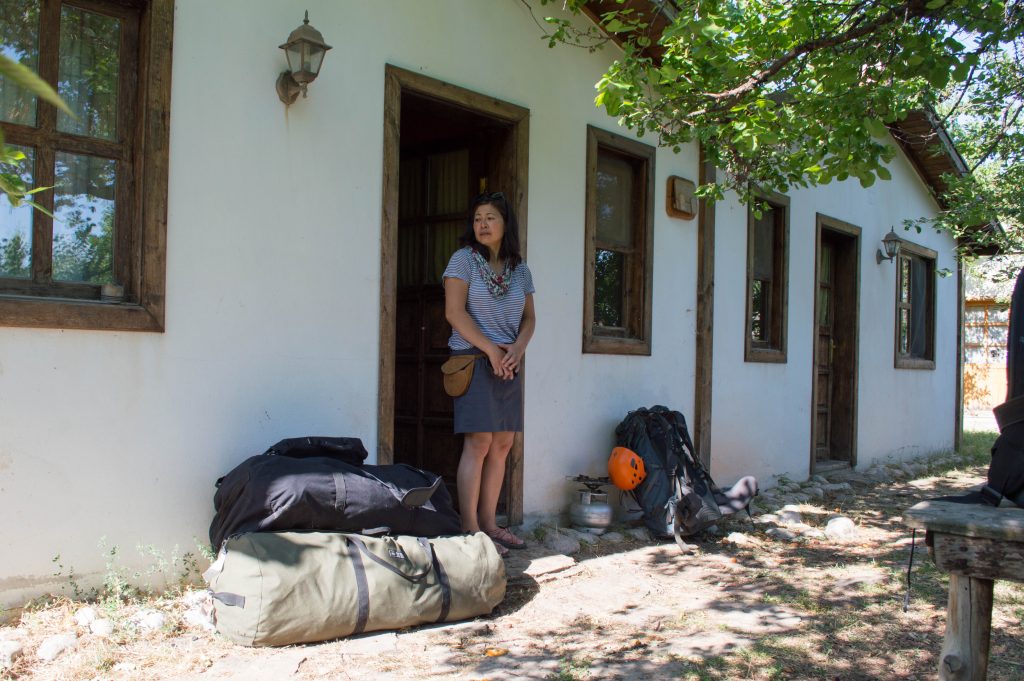 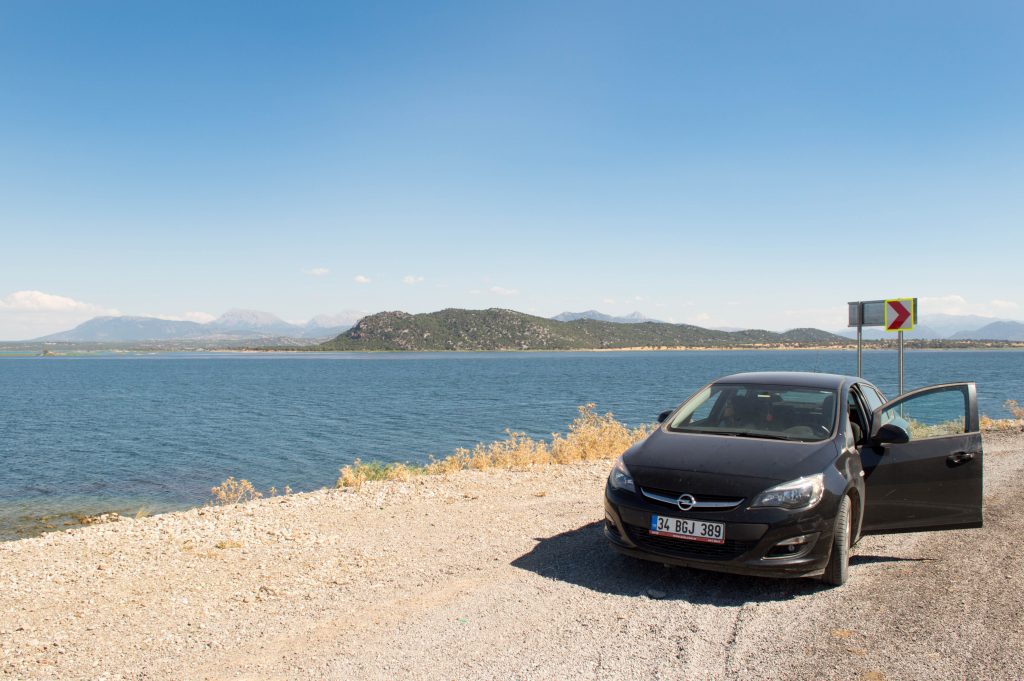 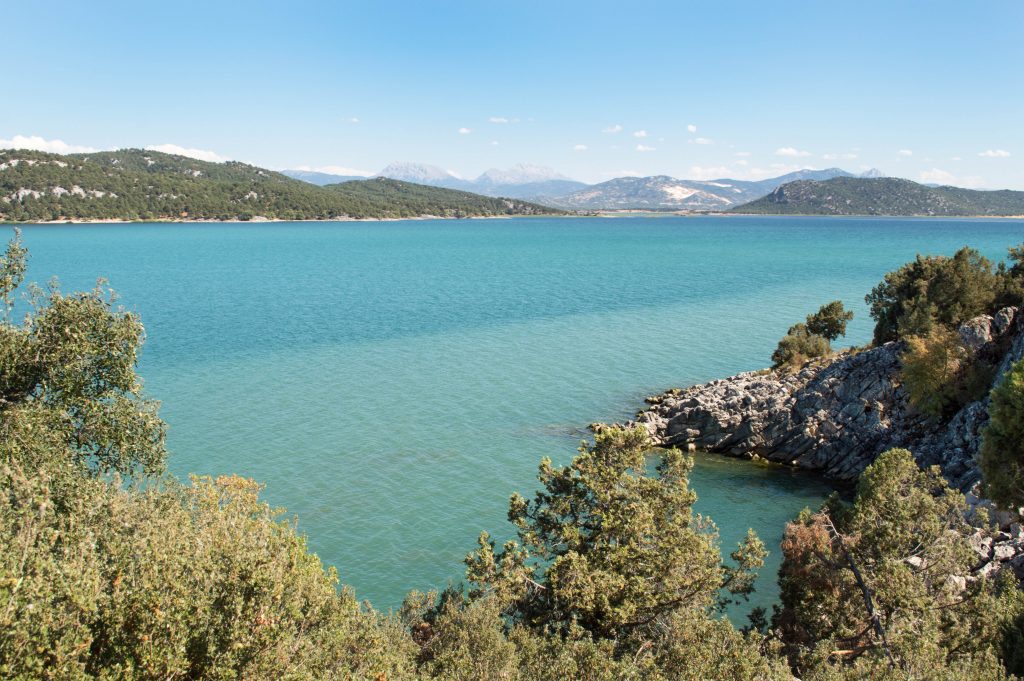 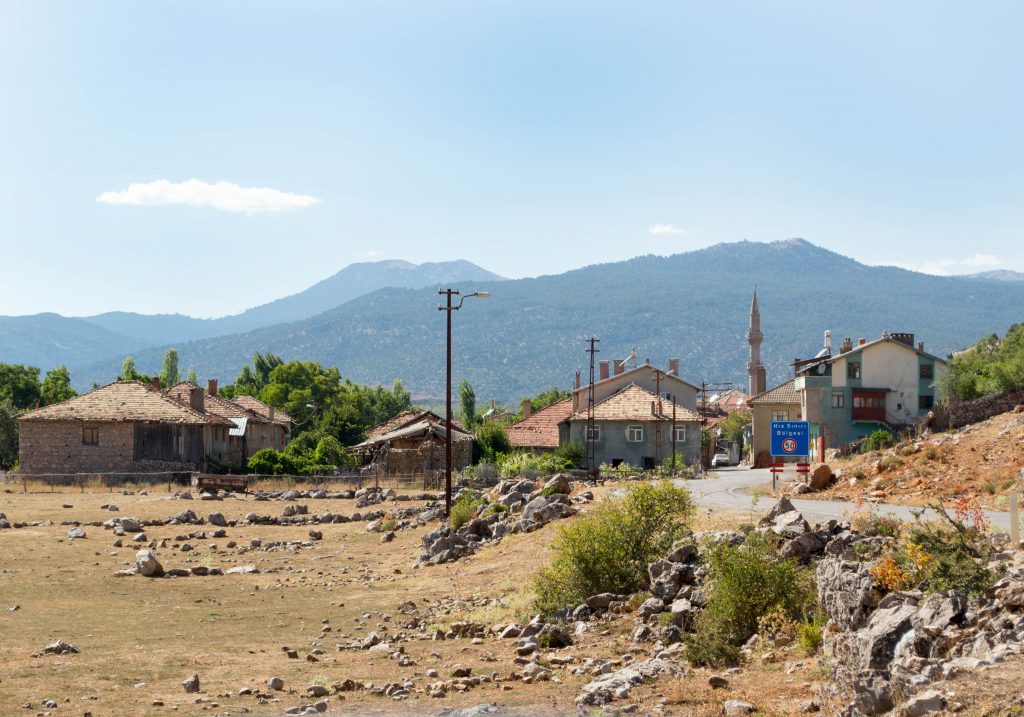 Random village along the drive to Dedegol (August 2020). 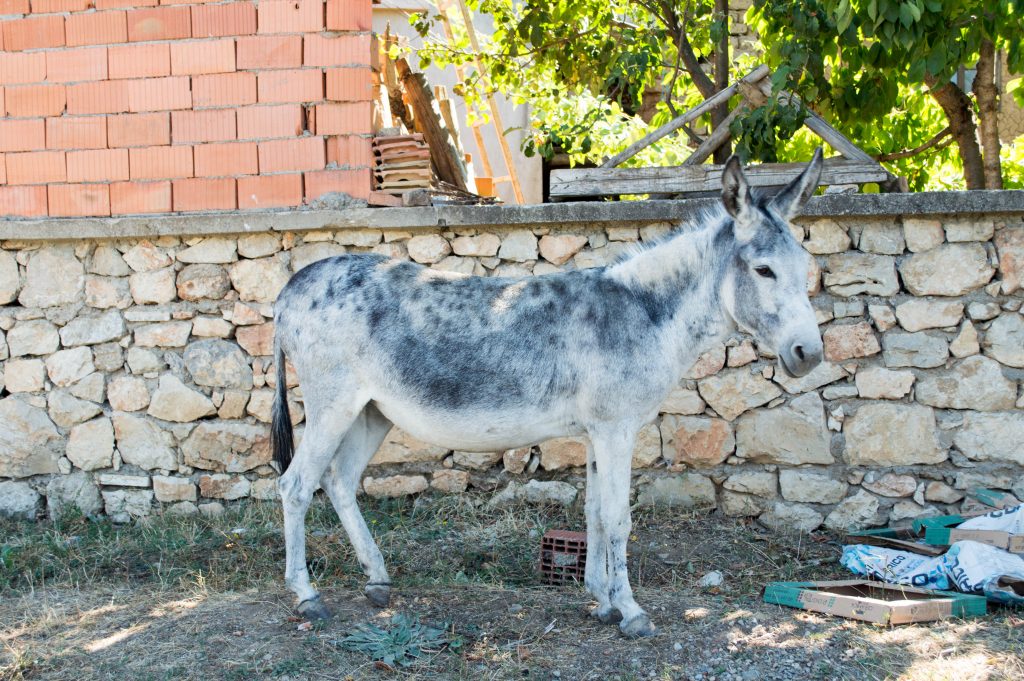 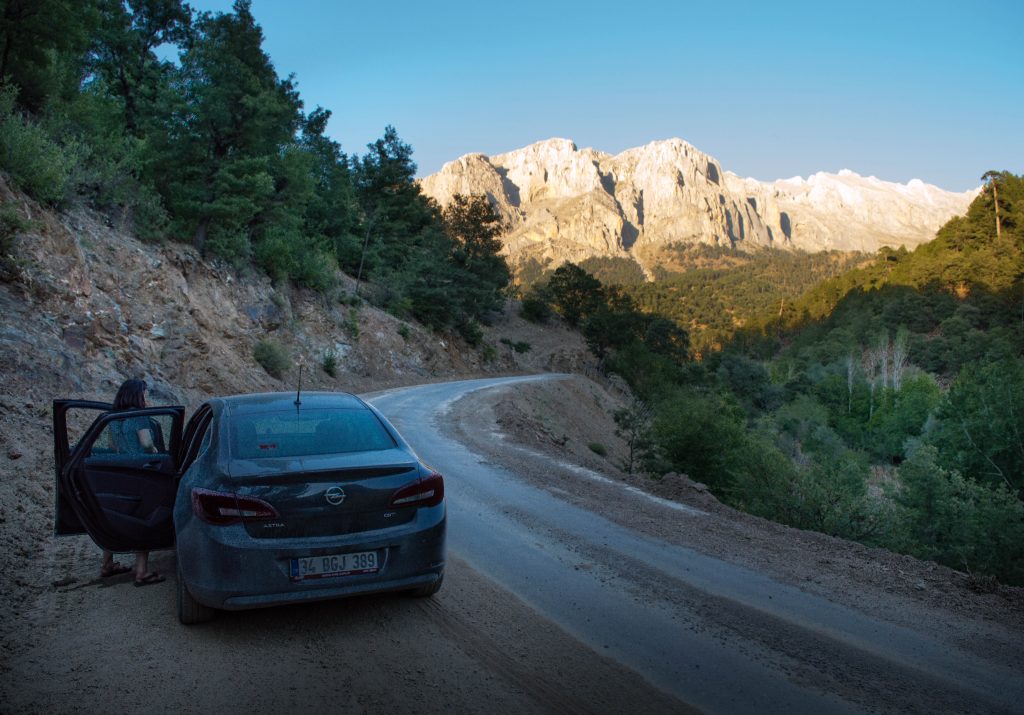 First views of the walls of Dedegol. This is just below the village of Eldere and before the turn off onto the forest road (August 2020). 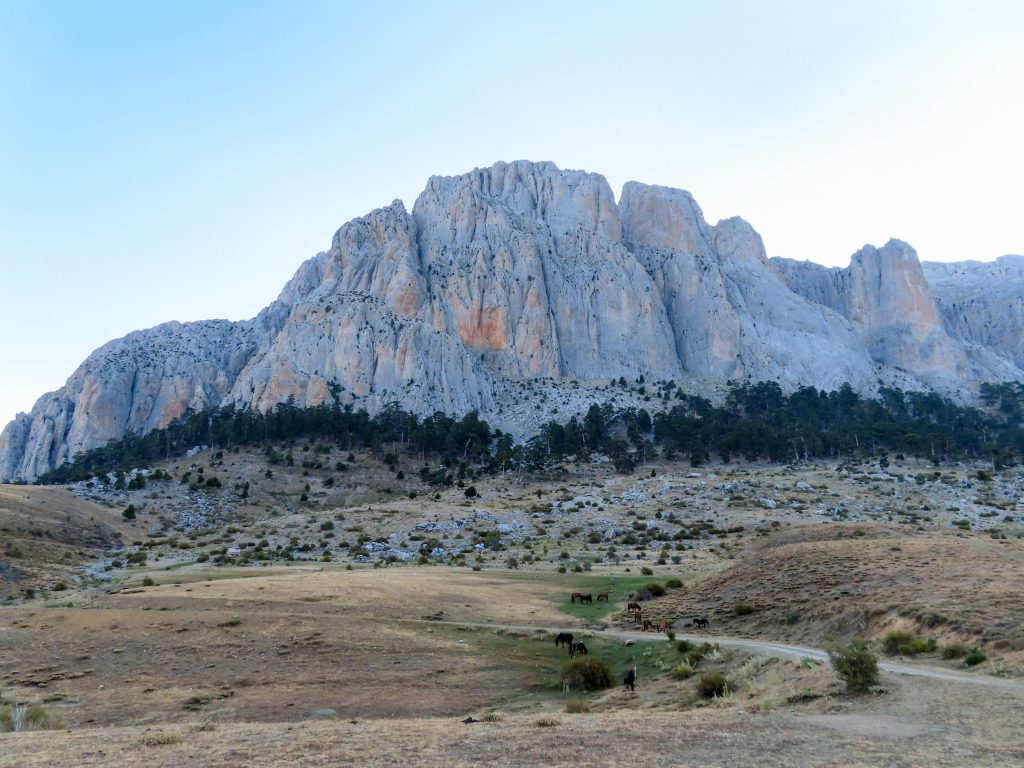 The beautiful faces of Dedegol (August 2020). 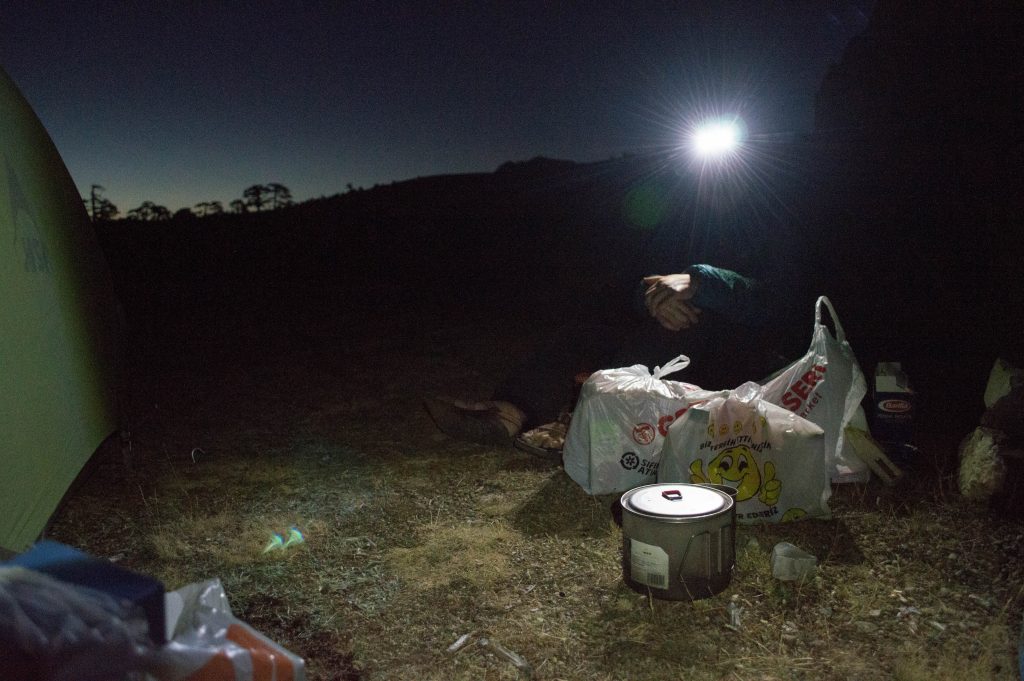 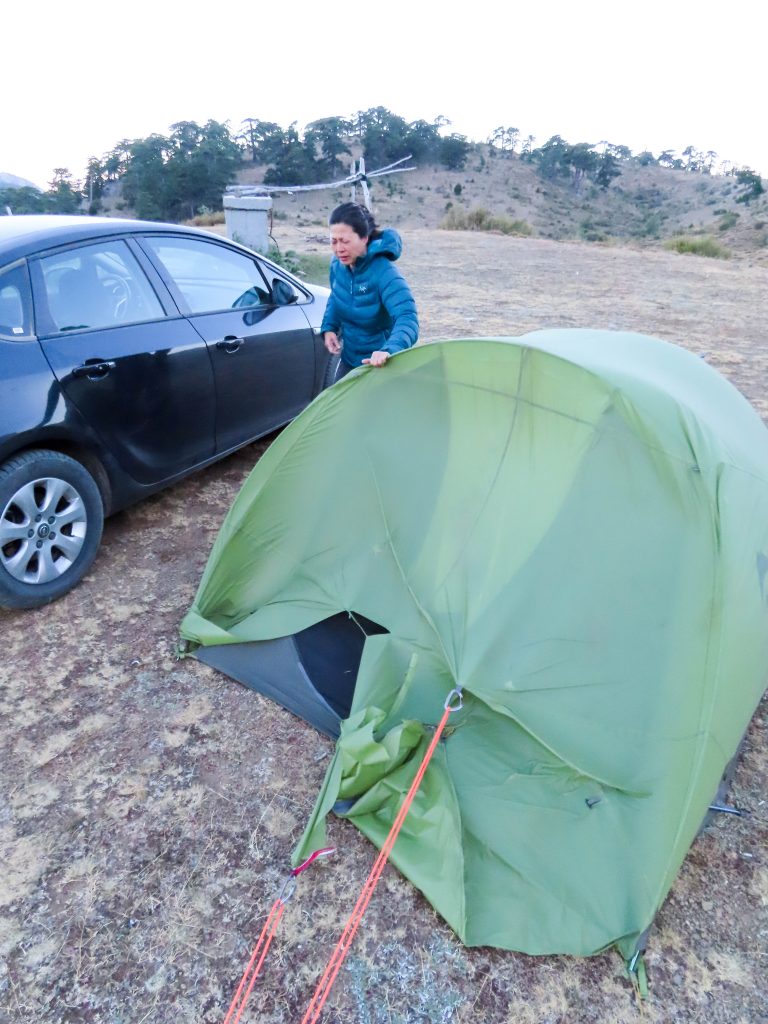 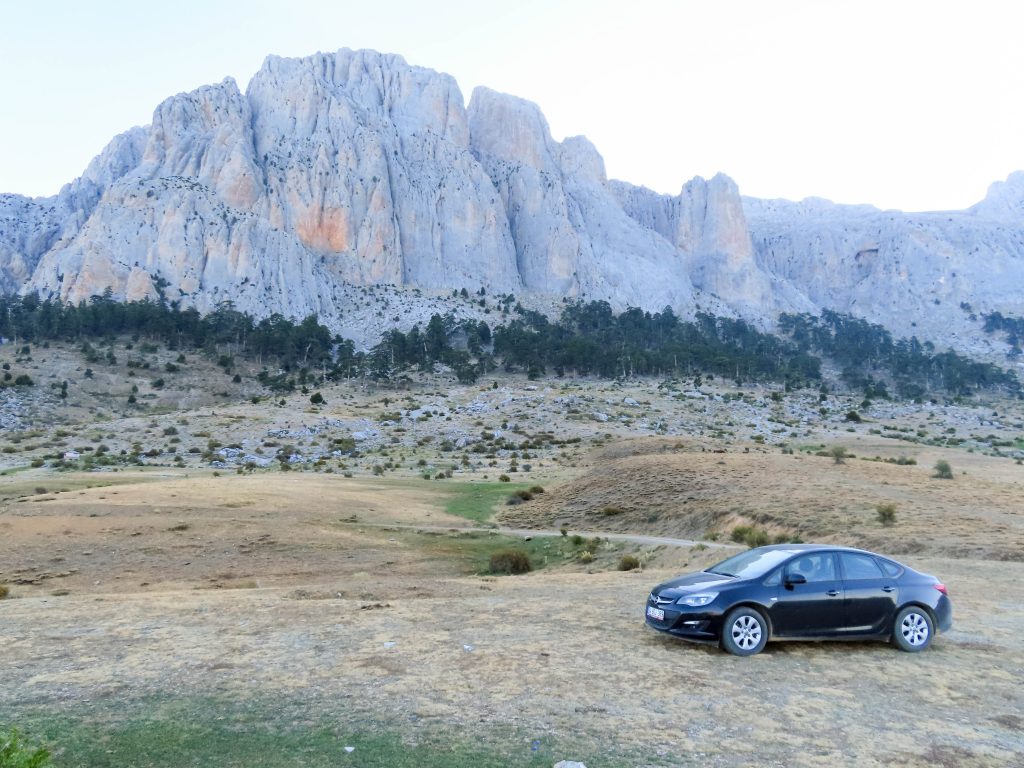 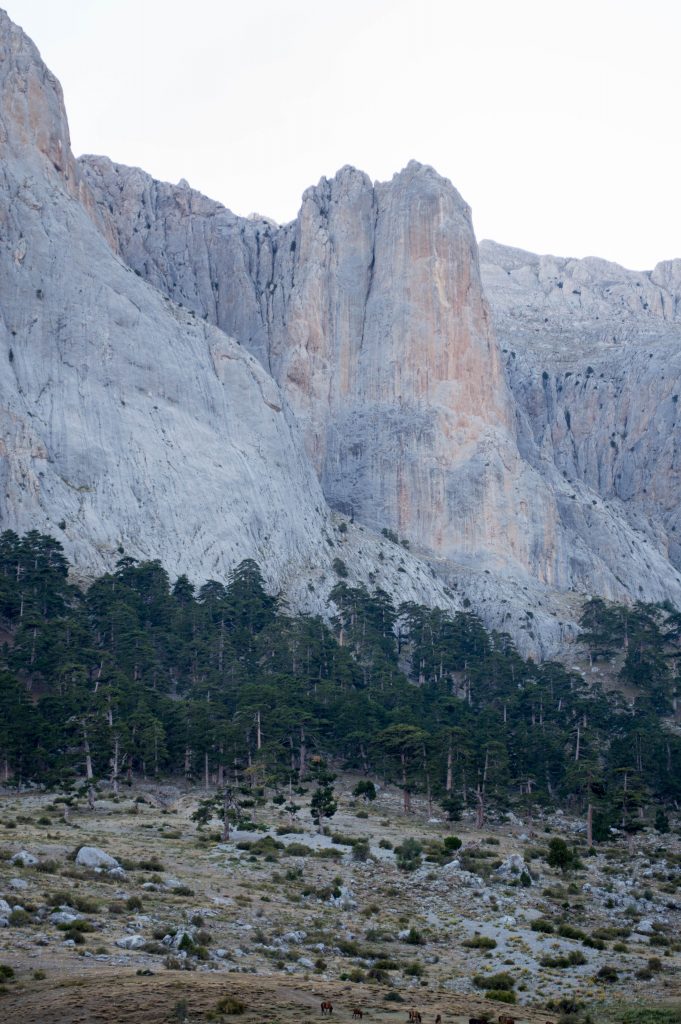 This one is home to the hard Suliman le Magnifique route (8a; August 2020). 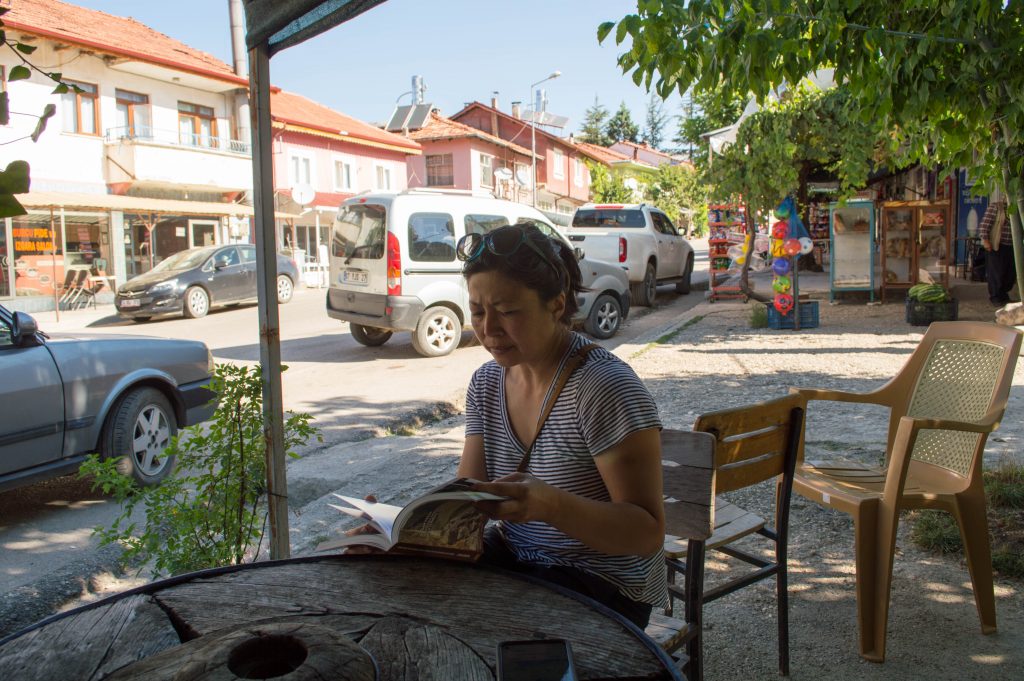 Looking for some alternatives over coffee in the village of Aksu (August 2020). 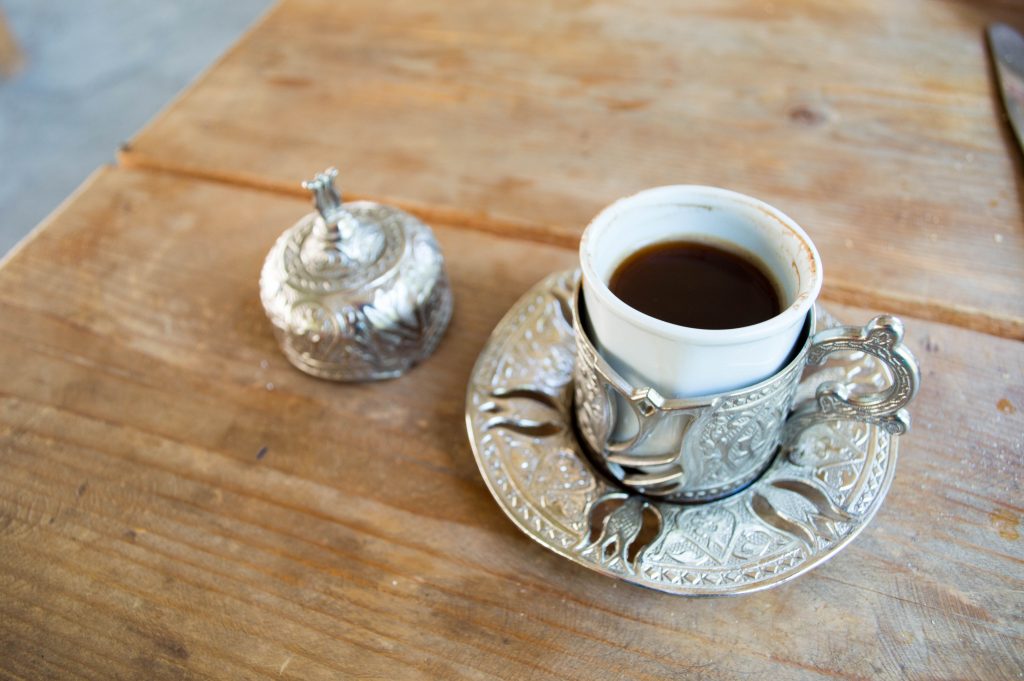 Turkish coffee. Unfortunately not that ubiquitous – nothing but instant in many places (August 2020). 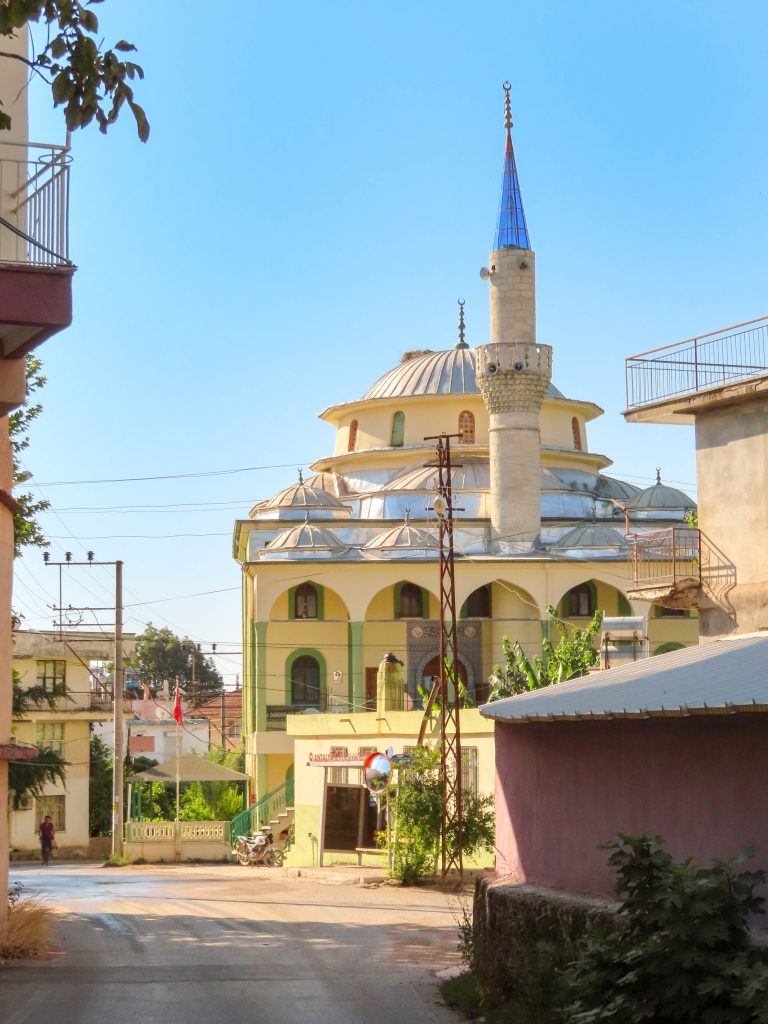 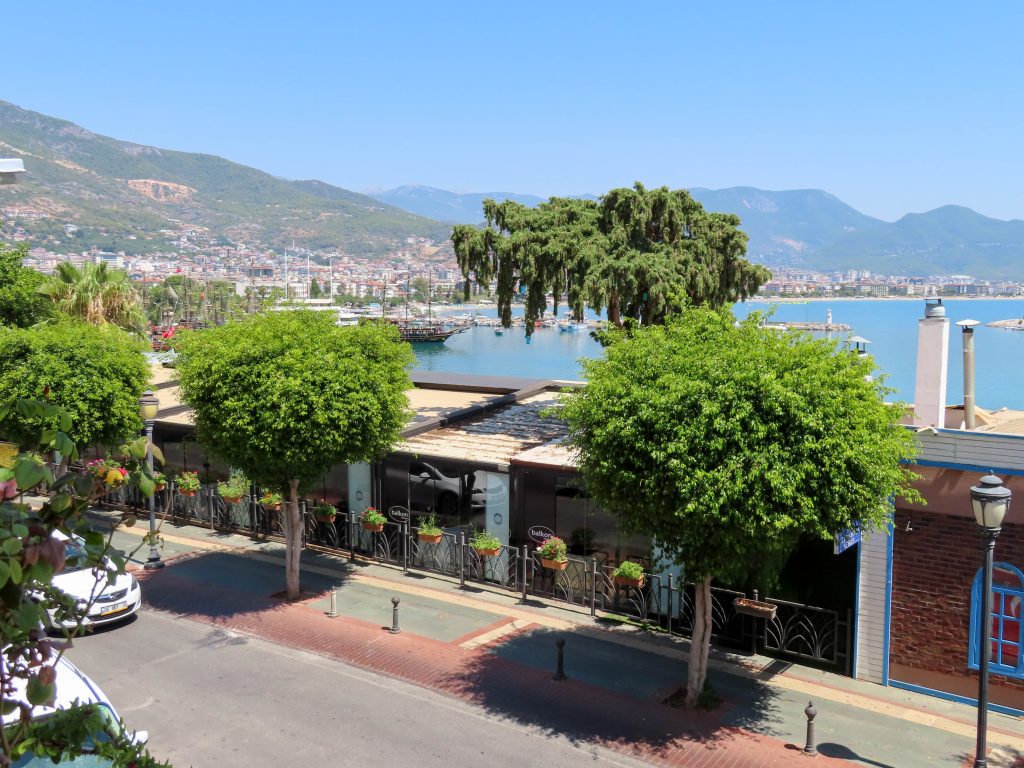 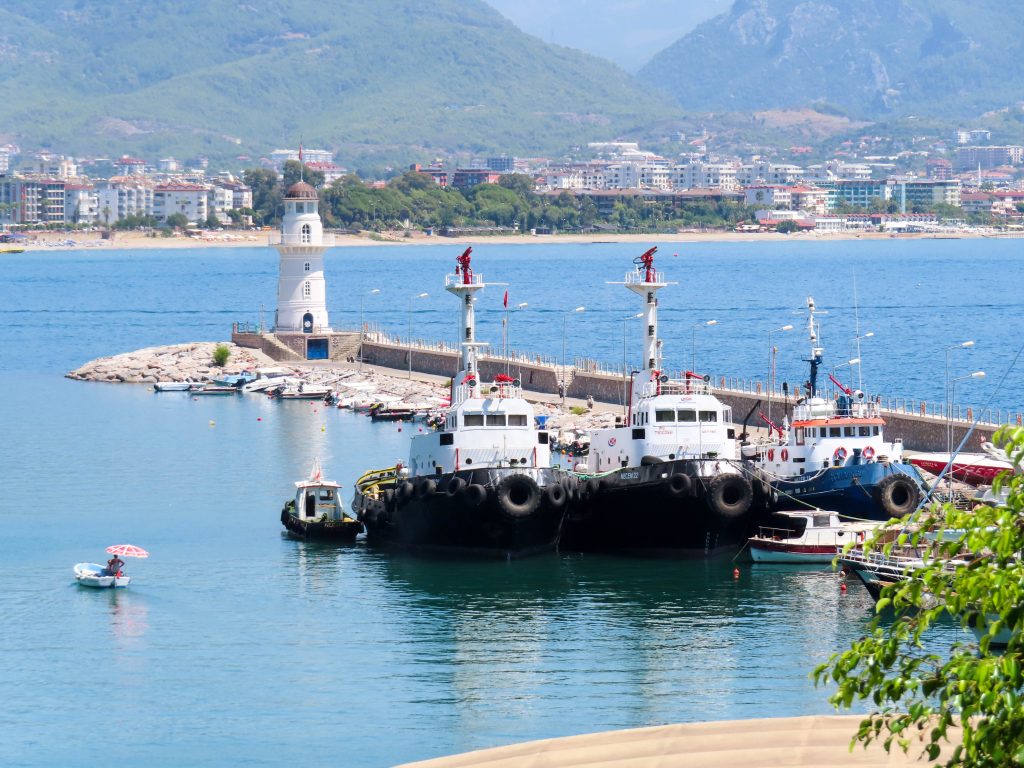 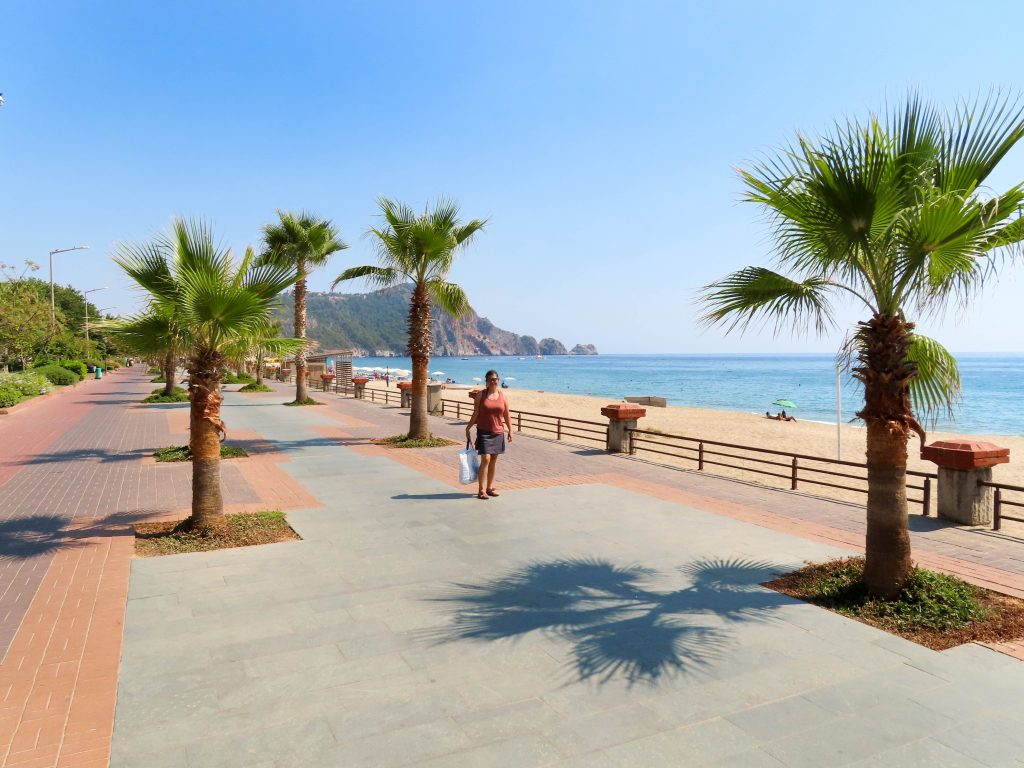 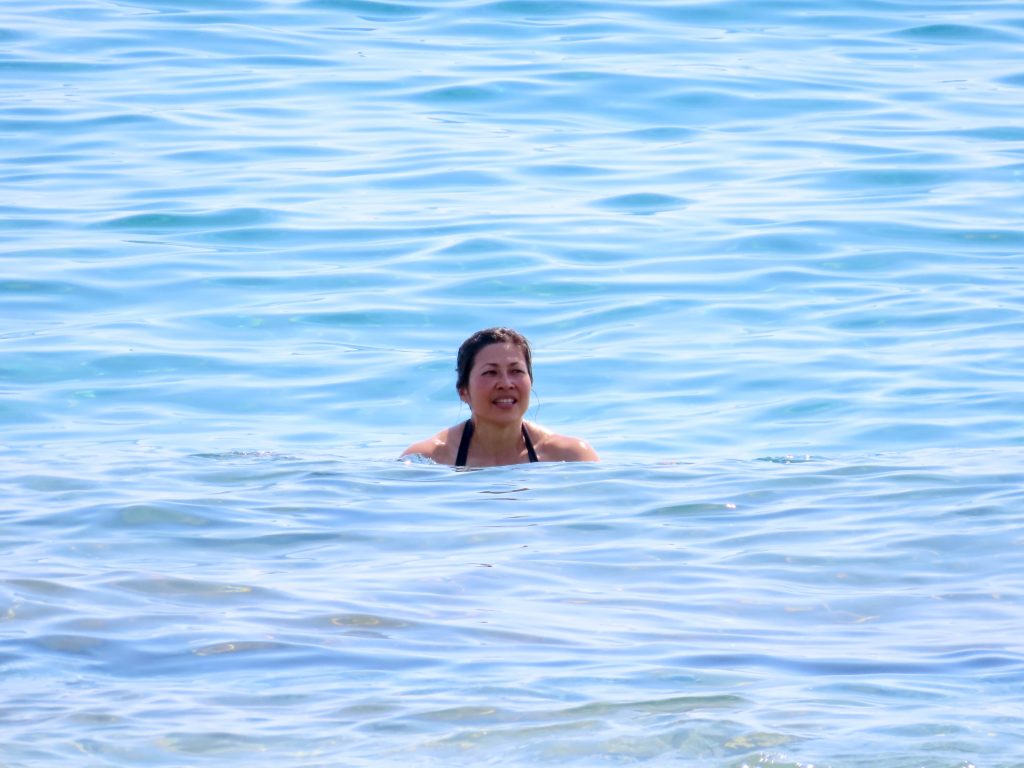 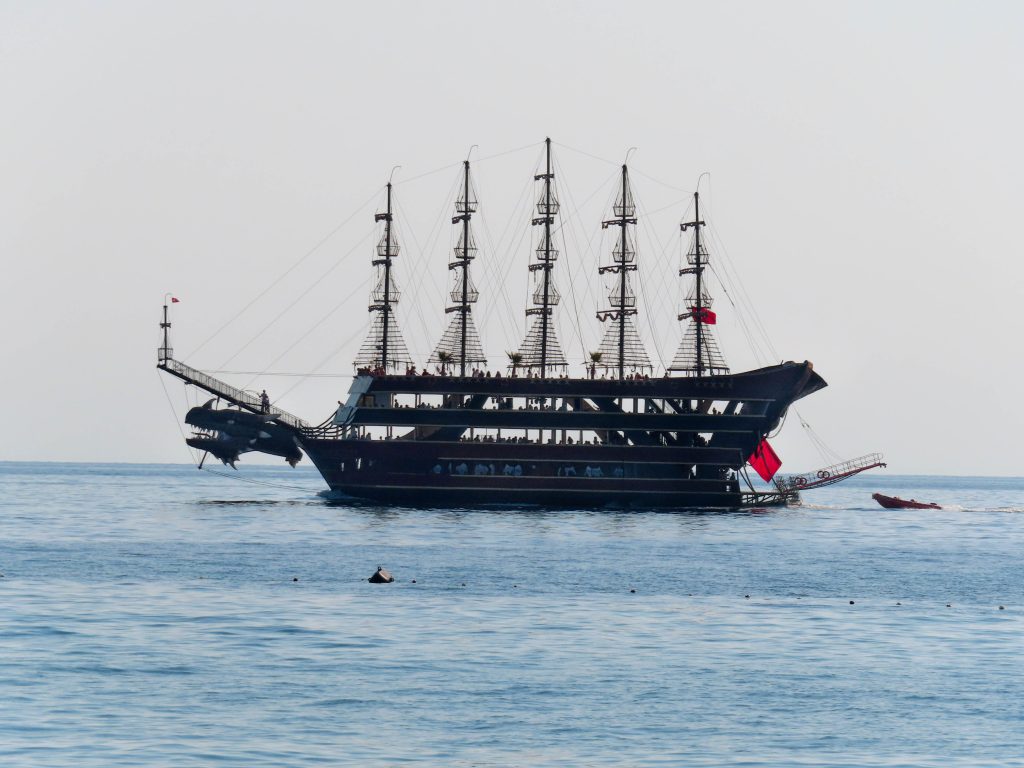 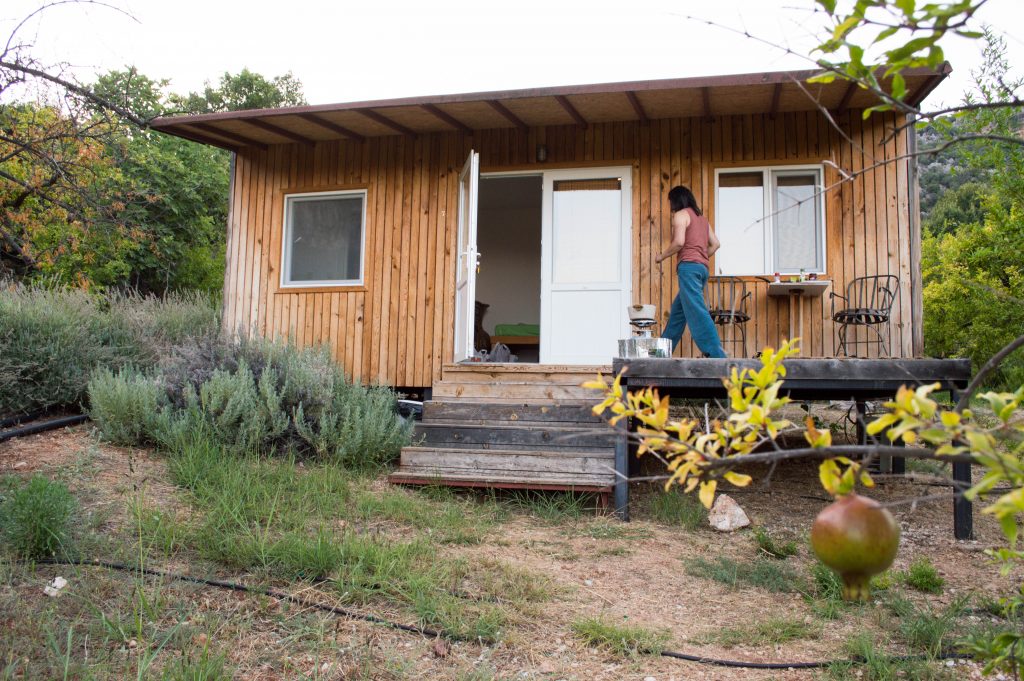 The cool (thank goodness for the AC!!) bungalow at the Climbers Garden in Geyikbayiri (August 2020). 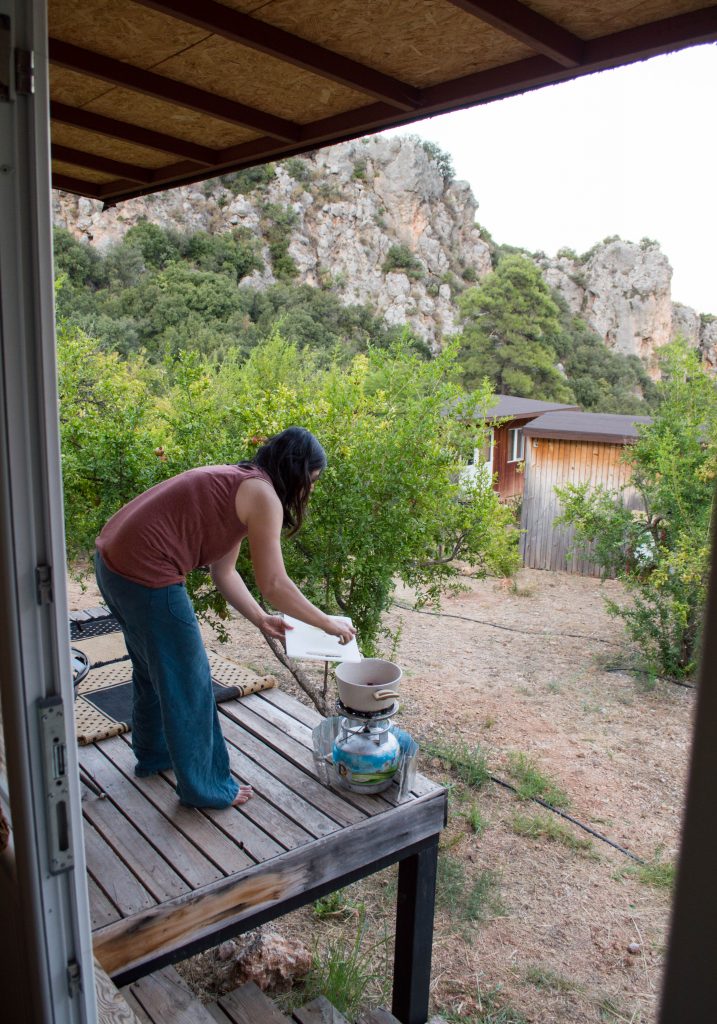 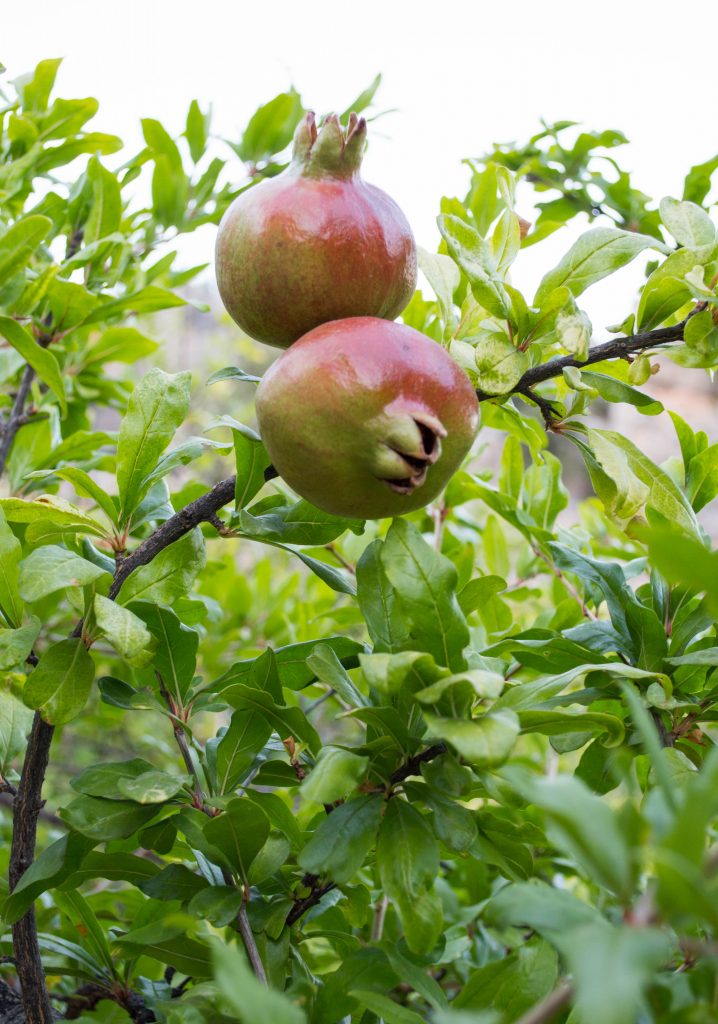 A pomegranate orchard with fruits that were not quite ripe enough (August 2020). 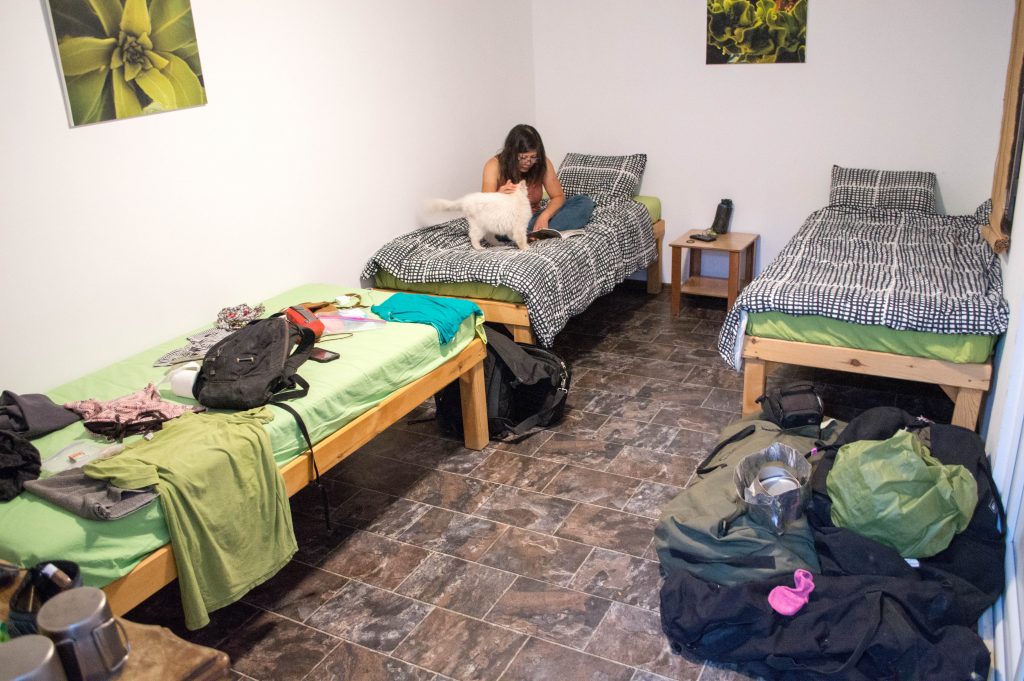 Morning views from the bungalow (August 2020).

Go to Geyikbayiri.
Go back to Turkey.