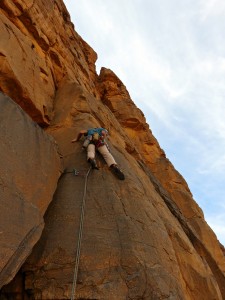 In the morning we drove 45 minutes out of Youna to what would turn out to be our last climb of the trip. Salvador recommended an 6-pitch 6b route called La Fiesta De Los Fetiches on the formation of Matakoyare. The route faces the main road but fortunately is about a 45 minute hike above it and there’s a road-side village (Piringa) nearby. We’ve come to be weary of the main road and so tried to keep things extra quiet (we had mostly stuck to this on Main De Fatma – no verbal signals). The climbing was fun and all the harder bits involved crack – in other words, stress free. The exception perhaps was the final, face-climbing pitch. Here, my meandering choice of line – looking for balance between easy vs. well-protected – left me quite paralyzed with rope drag for the final and crux exit mantle in a polished water groove. I tried once, only to be nearly pulled off by rope drag. I climbed back down to my last piece and, with much struggle, pulled up 6 meters of slack and held the extra rope between my teeth. I then climbed back up letting the slack out from between my teeth as needed. This worked well and soon enough we were both on top and enhancing Salvador’s old chockstone+nut anchor for the start of the rappels – now a chockstone+2 nuts anchor. By the time we reached the ground, Salvador was there and was surrounded by about 20 village children. Guess we were not that low key. 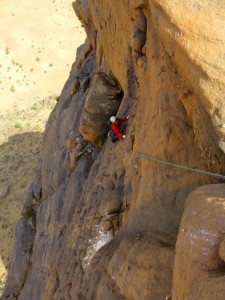 Although there were two other lines Salvador wanted us to climb, the word from his sources came through that we really shouldn’t go to those areas. As a result, we got on the main road and headed for Douentza some 100km away stopping only for two military checkpoints. For us, those meant nothing more than cursory glances at our passports. Just under two weeks in the country and this was our only interaction with the political Republic du Mali. Along the way, we passed miles (or 70 km to be exact) of 2000 foot tall walls and an occasional tower on what looked like impeccable sandstone. Salvador pointed out a small handful of routes that he or others had opened over the years. And so there’s plenty of virgin territory to be tapped if that’s your thing. In Douentza, we found a small auberge that was open; an exception – most had closed down due to absence of tourists. The only other guests were a pair of European UN or NGO workers nervously checking out the comings and goings in the hotel. We dined on some take-out goat that night as well as had our first beers since leaving Burkina…not to mention a shower. 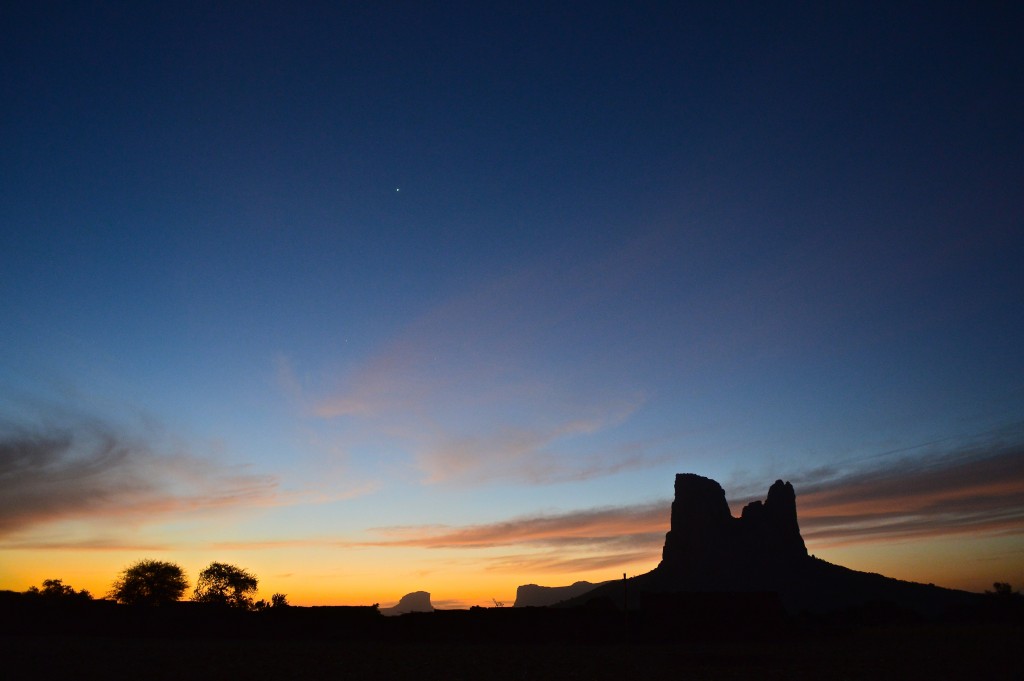 View of Youna-Inde Massif from Youna village at sunrise (thank you for the wake up Salvador!!). 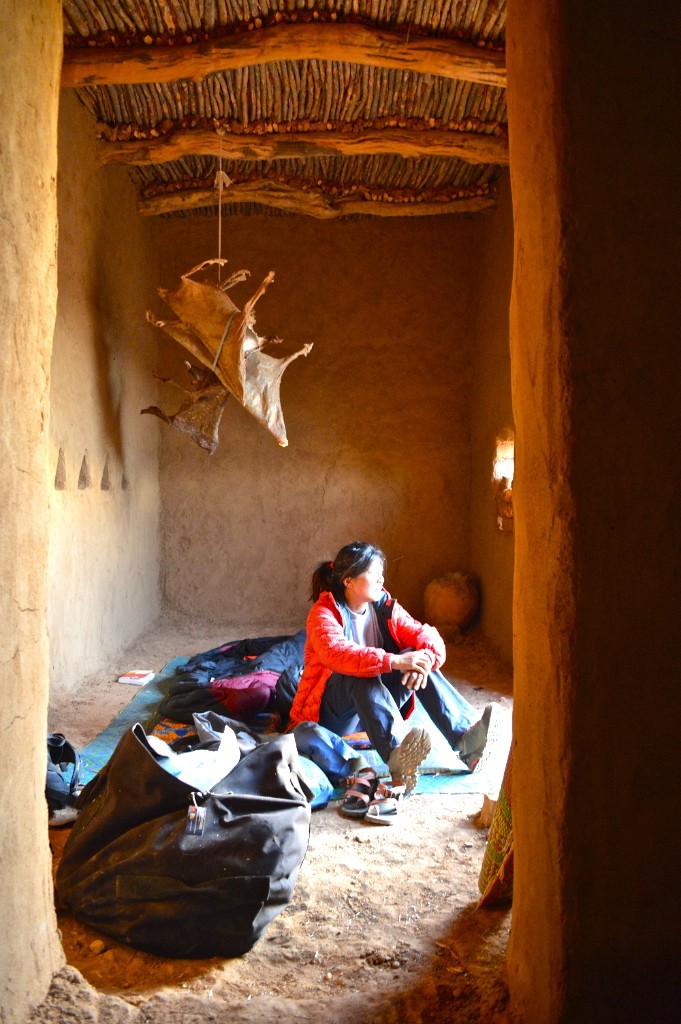 Shirley inside our house in Youna (no door). We had a mouse and a frog on our first night…at first we were like “whatever” but then I started thinking about the possible snakes that might follow the harmless critters in. Needless to say, I still slept like a baby (Dec. 2015). 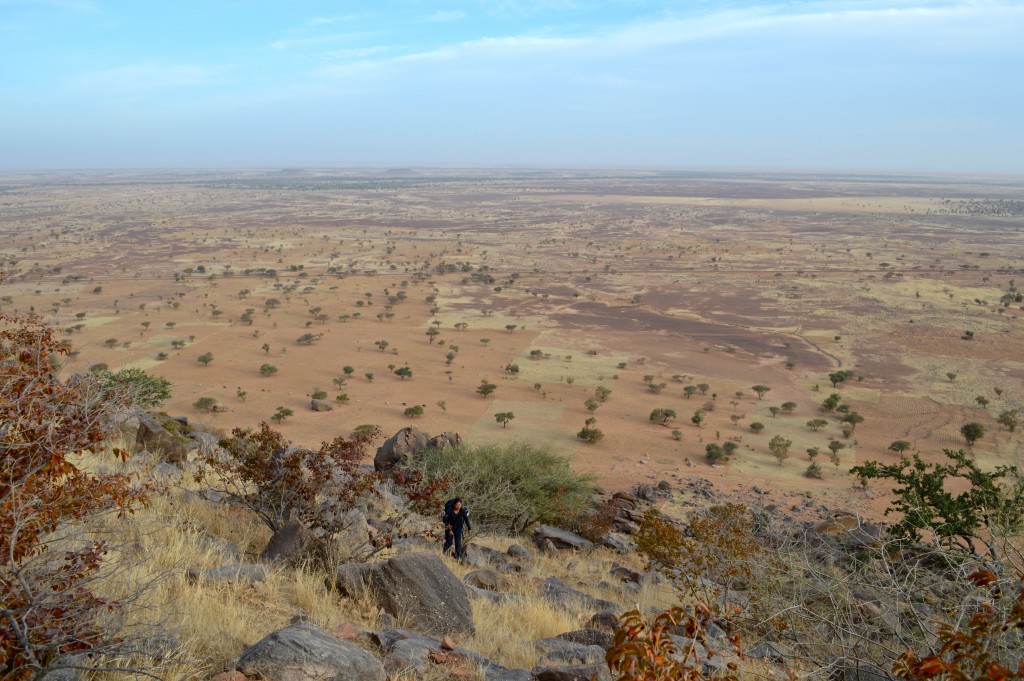 Shirley hiking up to the base of Matakoyare for our final climb of the trip (Dec. 2015). 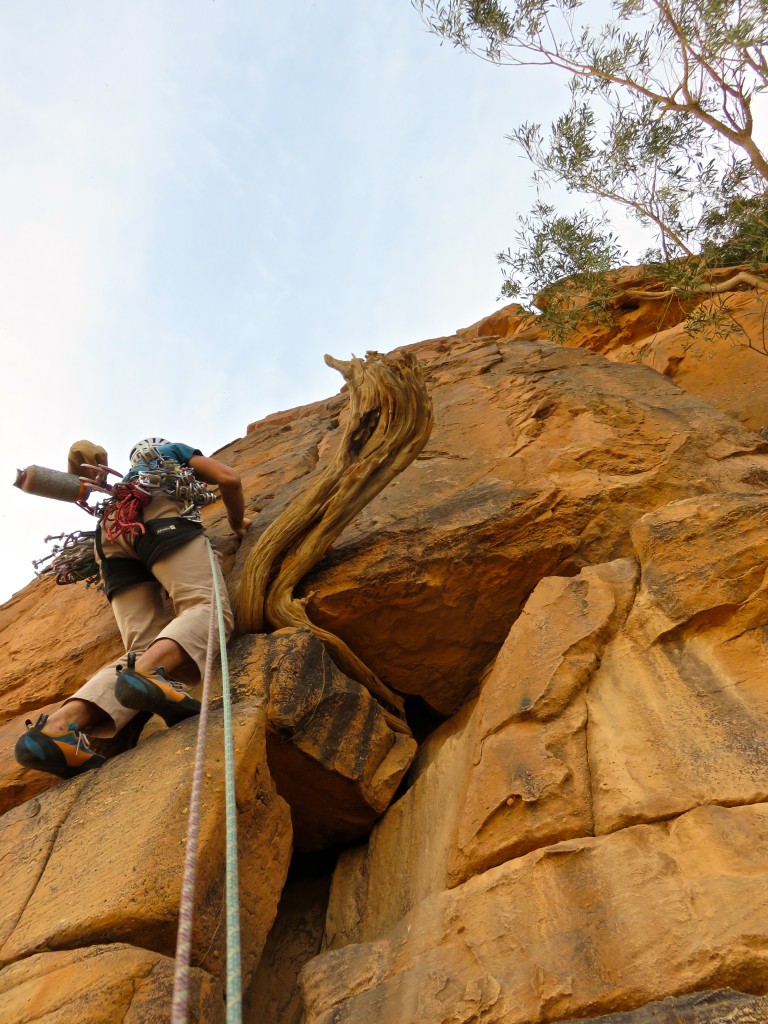 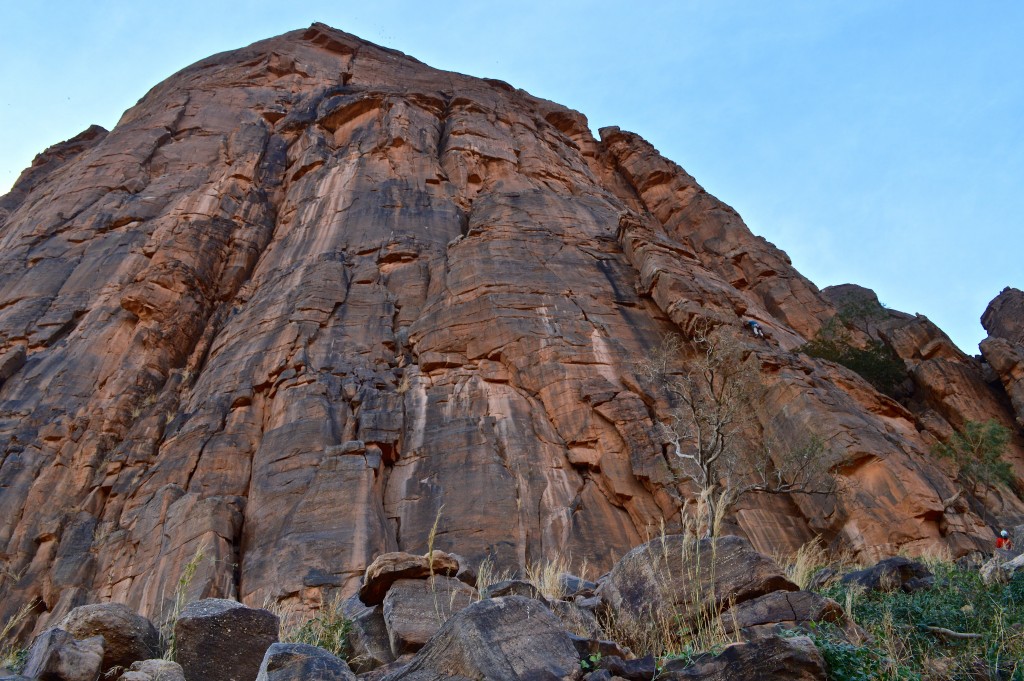 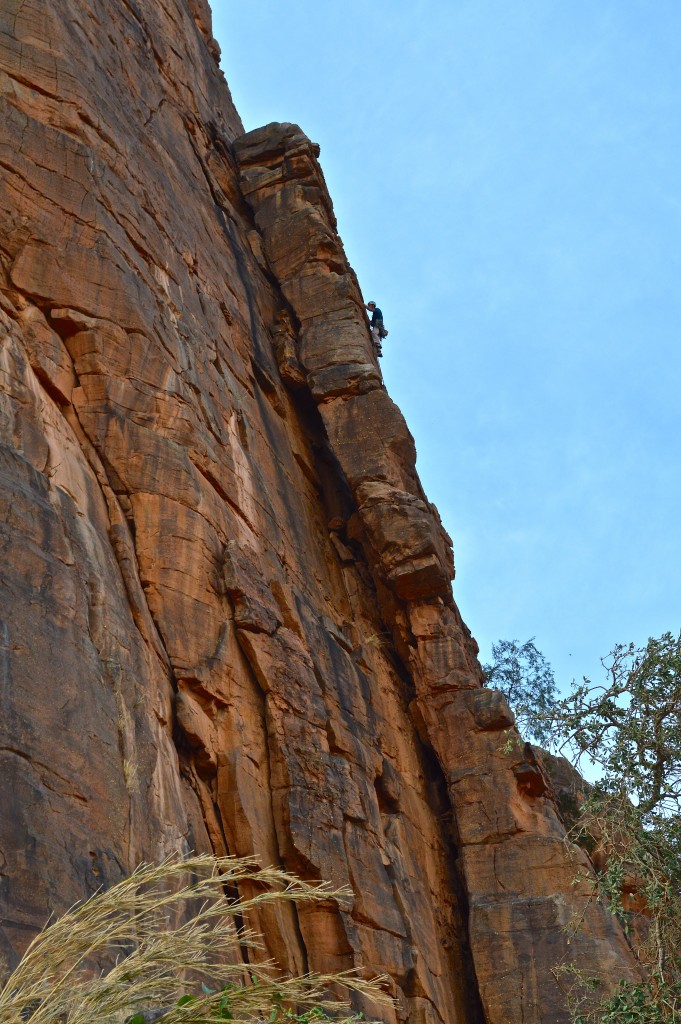 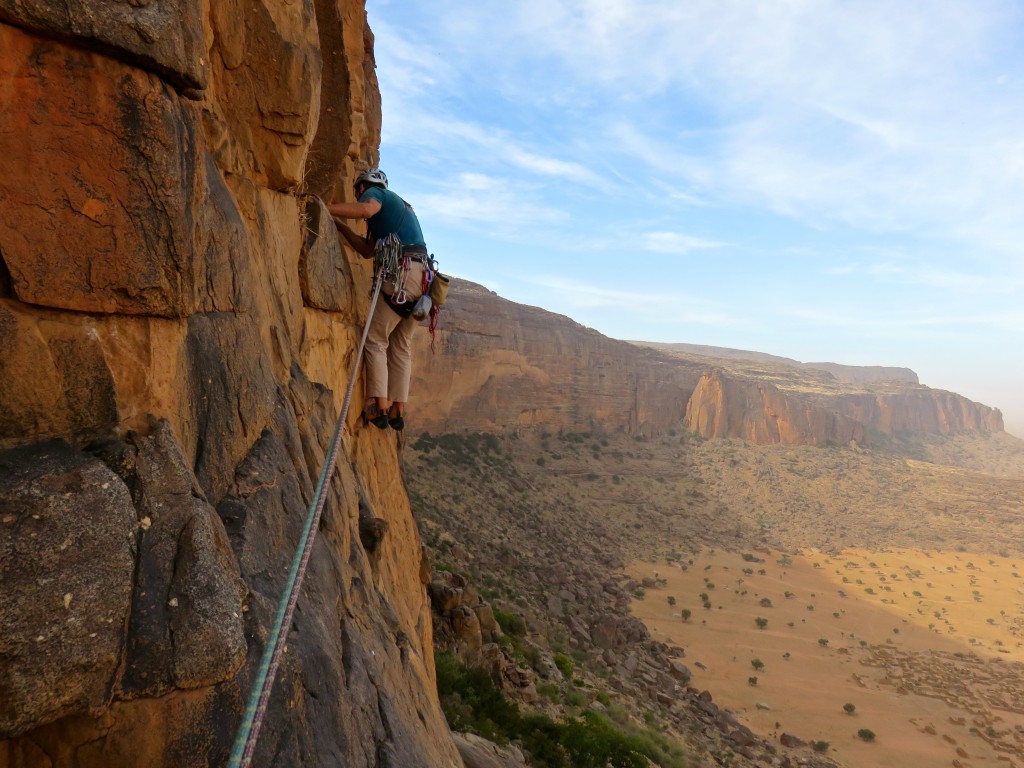 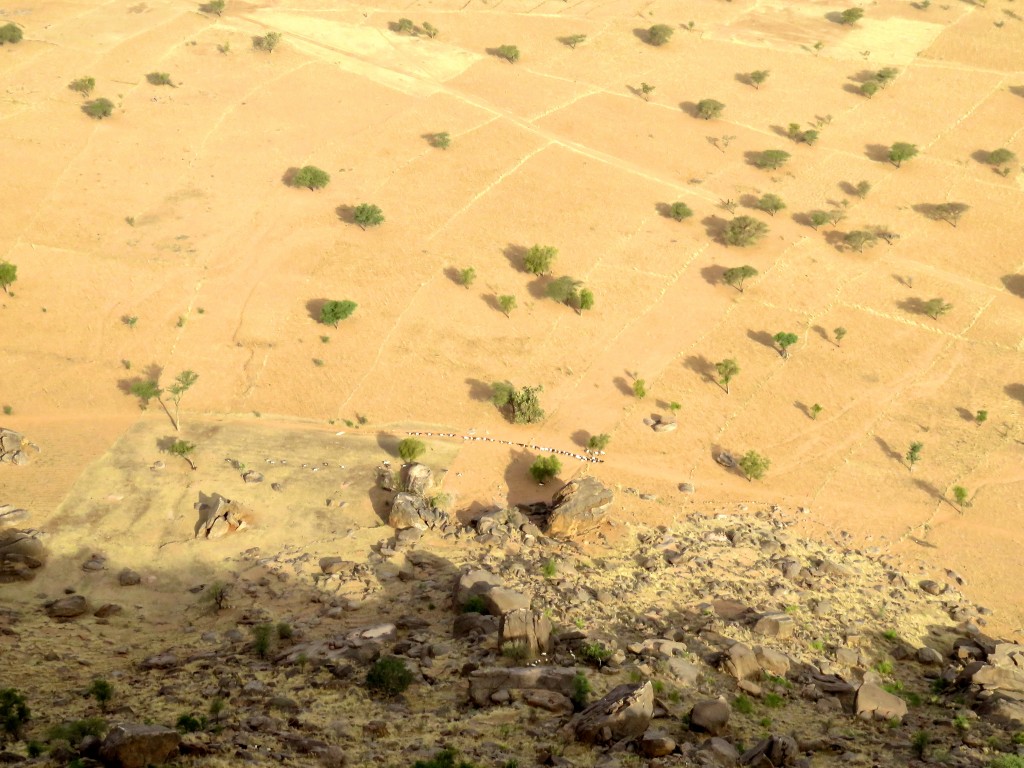 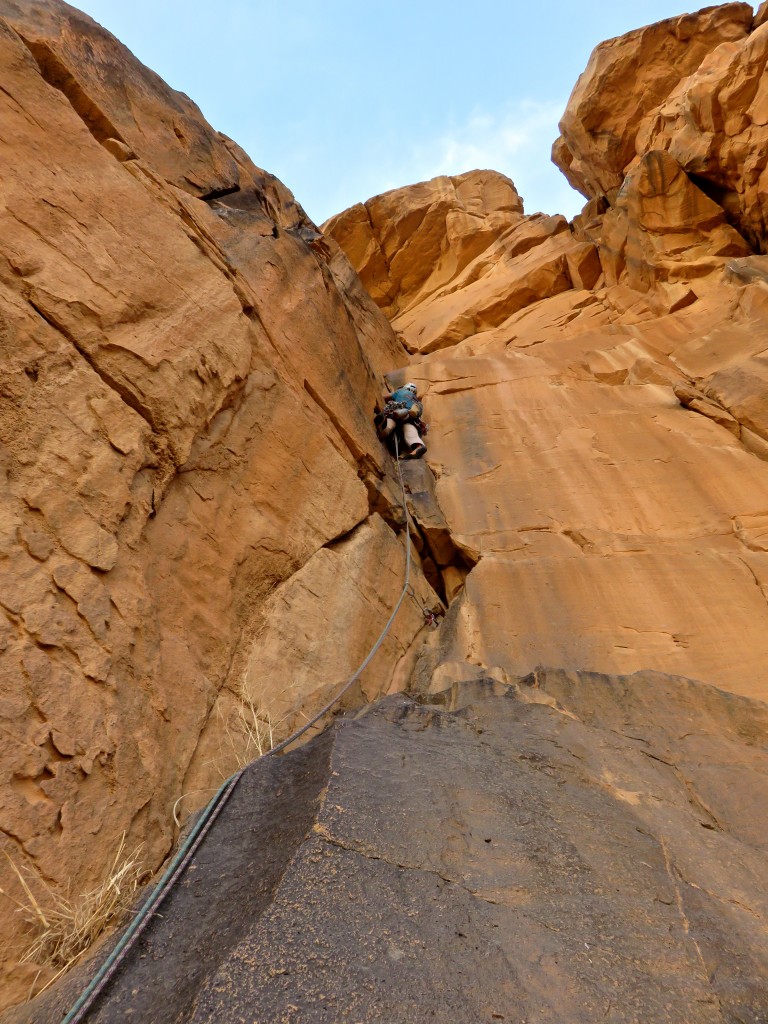 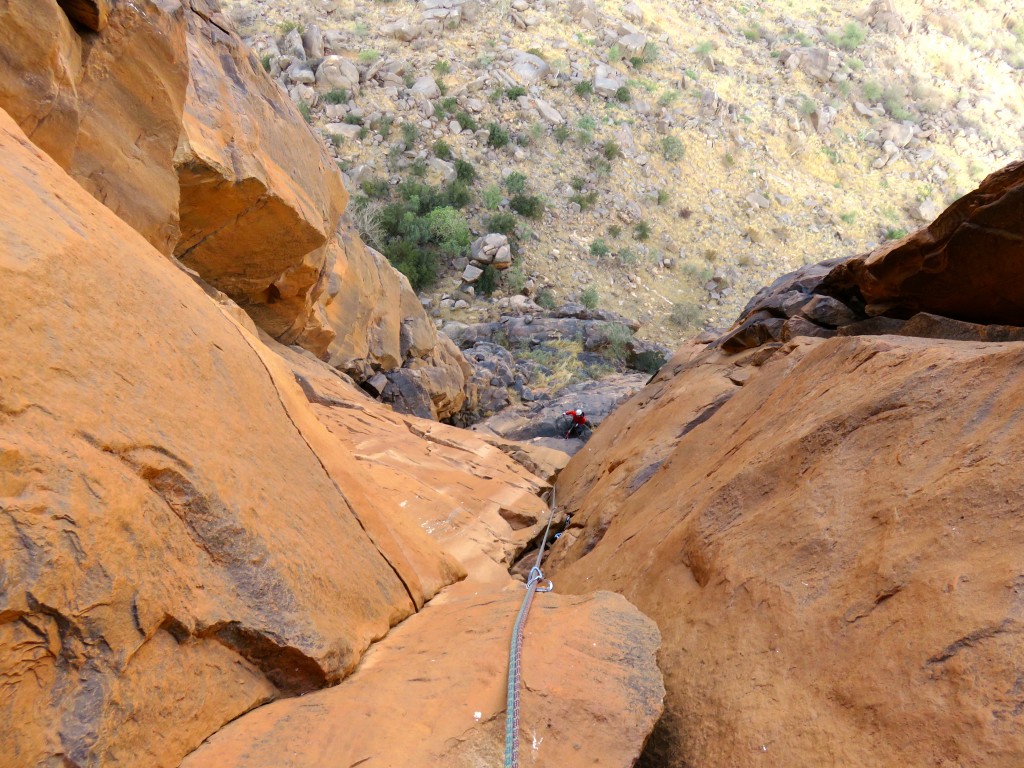 Looking back towards Shirley from the lead of pitch 3 of La Fiesta De Los Fetiches (Dec. 2015). 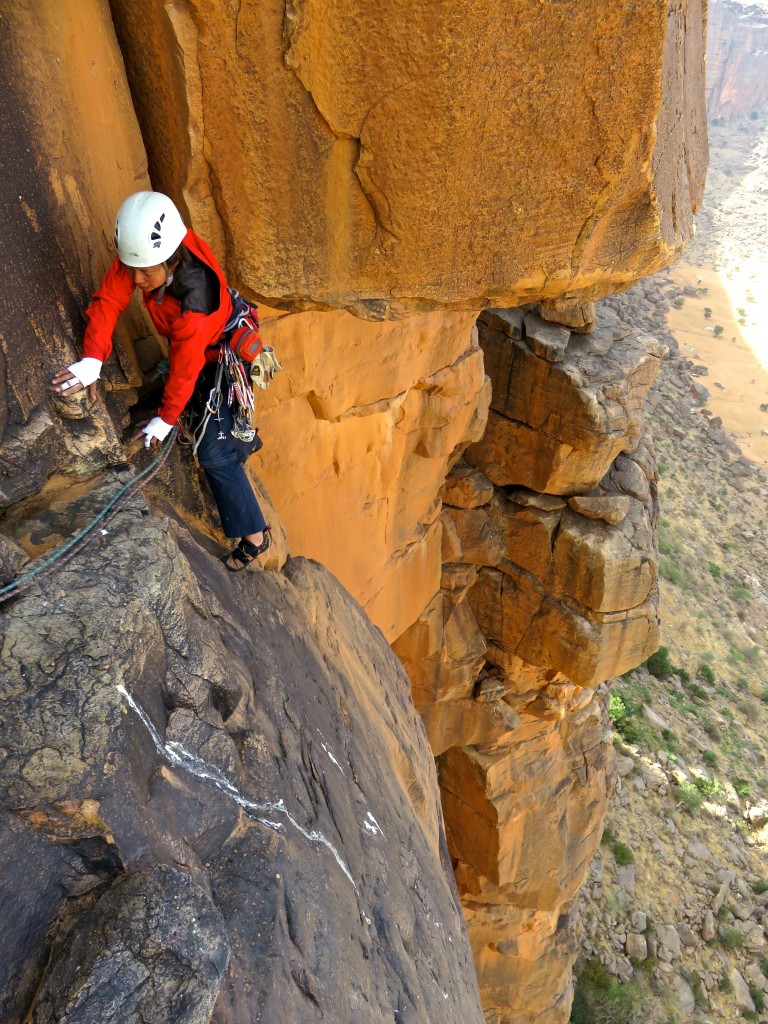 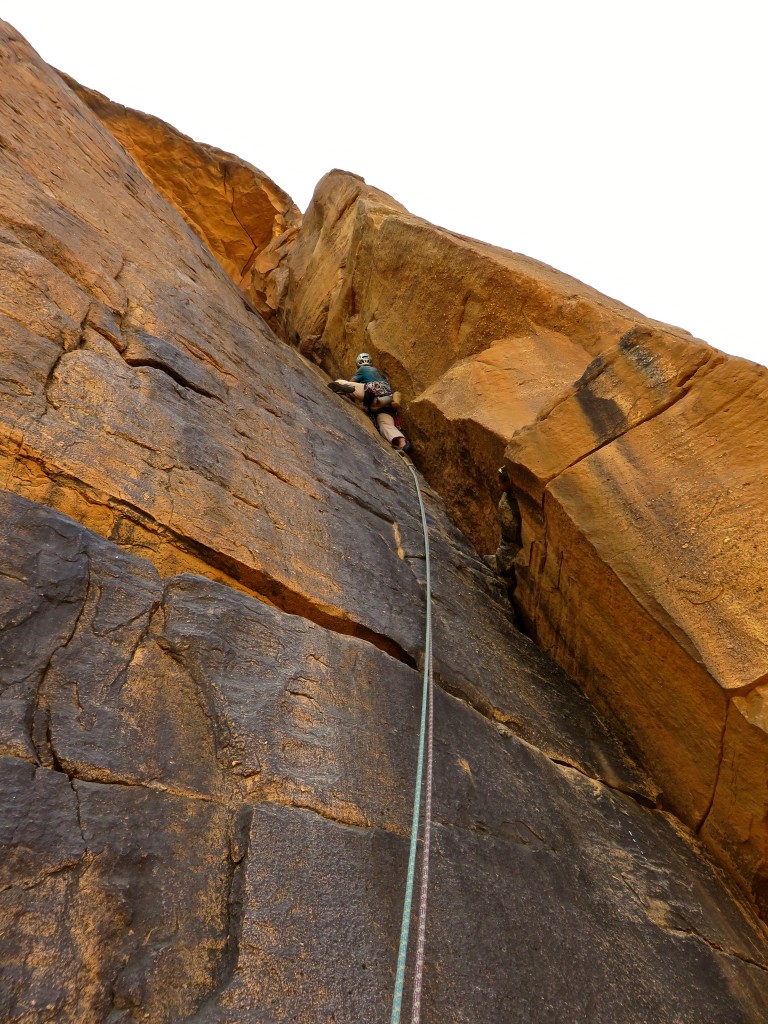 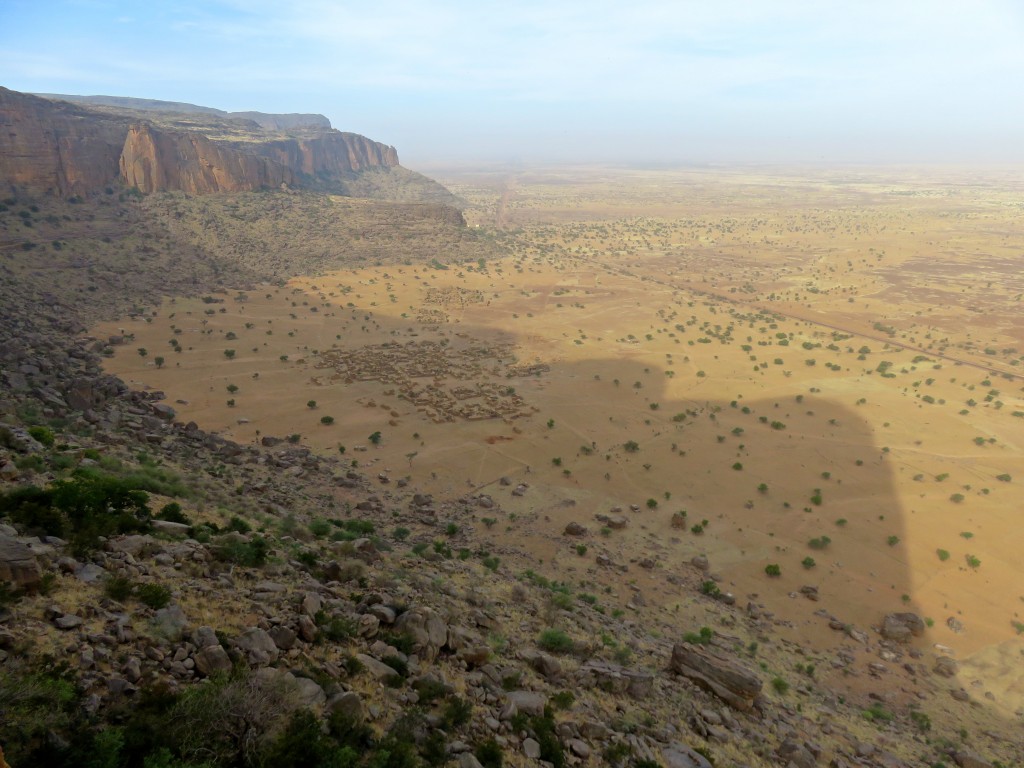 Looking towards the village of Piringa next to the main road from La Fiesta De Los Fetiches (Dec. 2015). 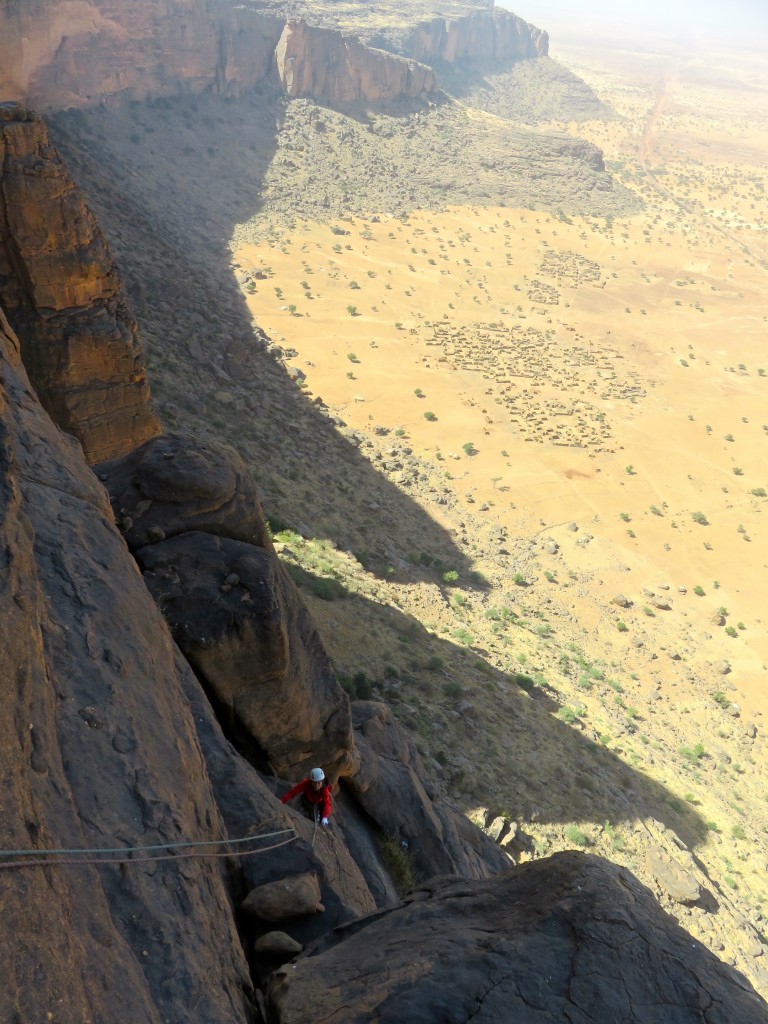 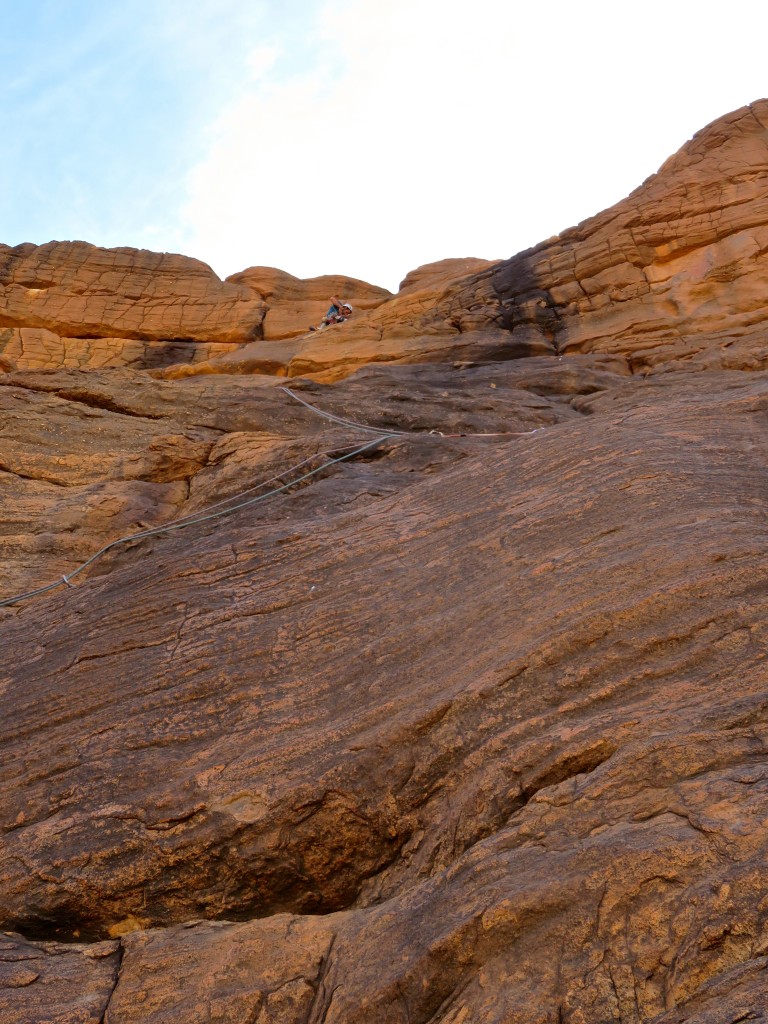 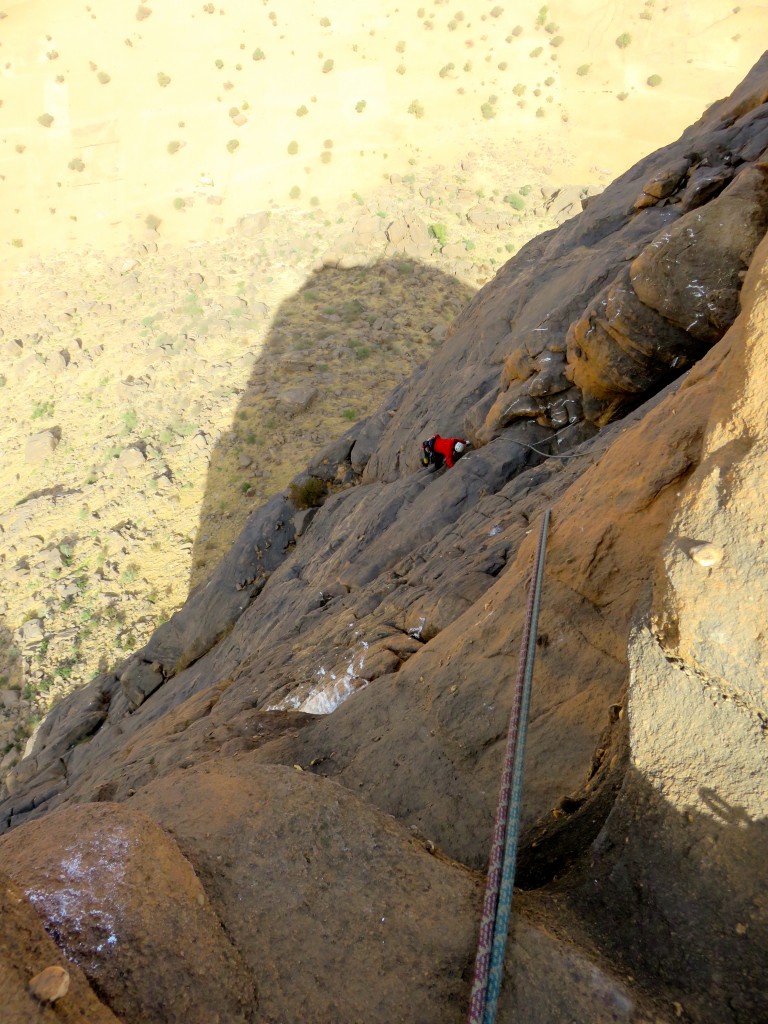 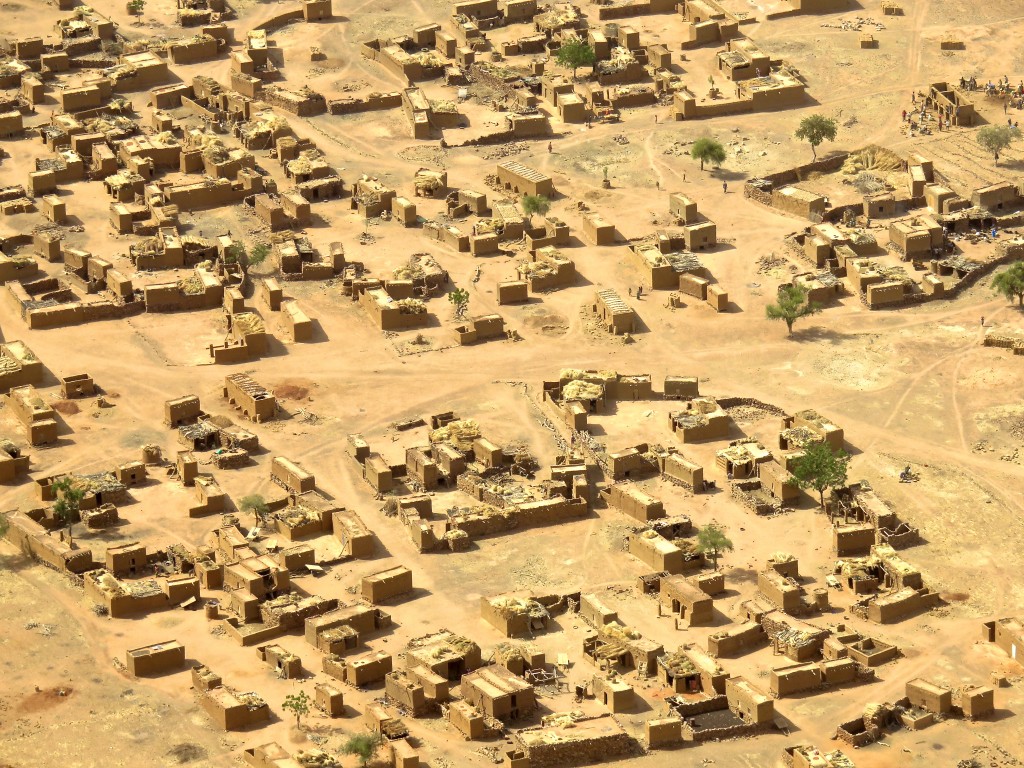 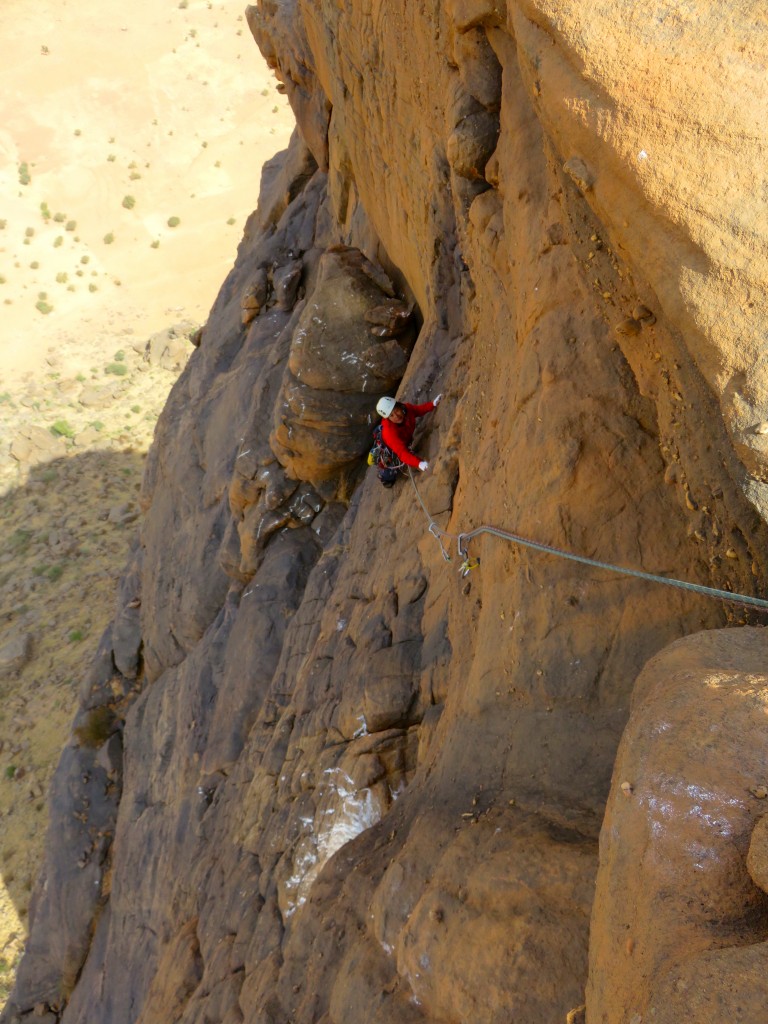 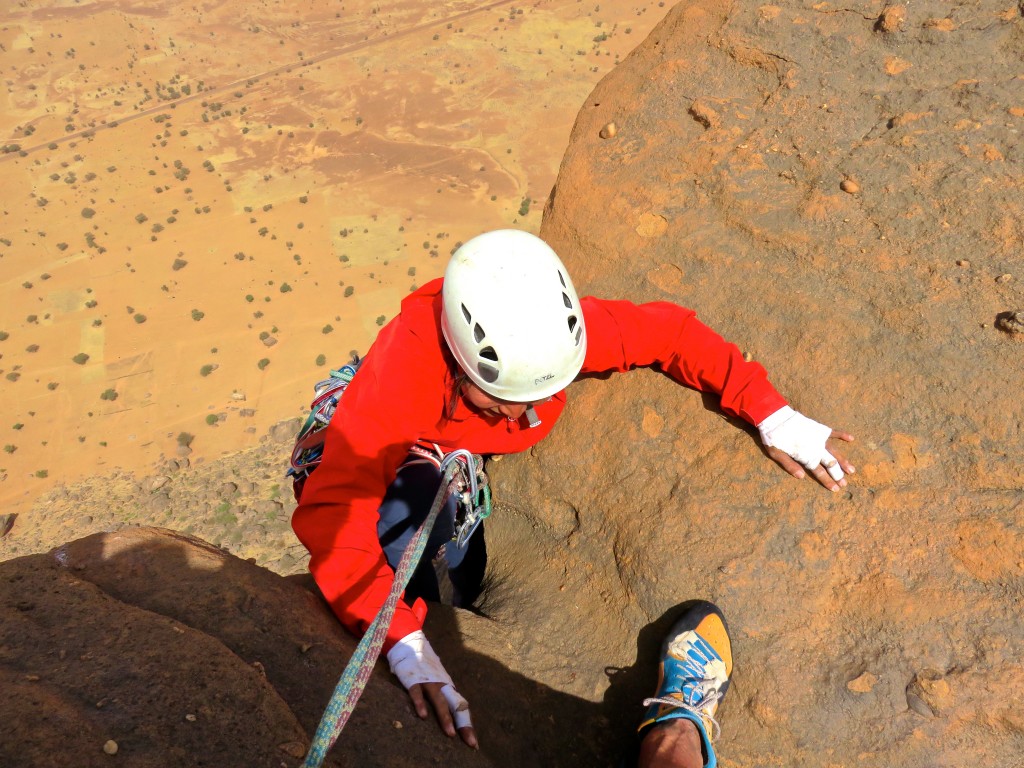 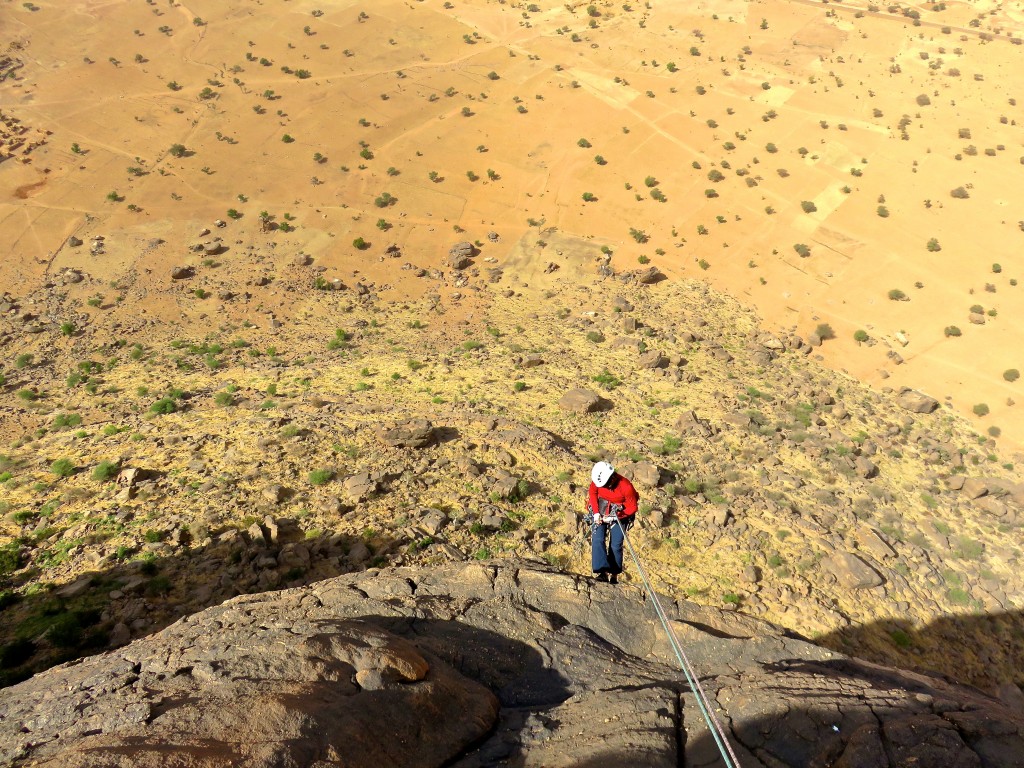 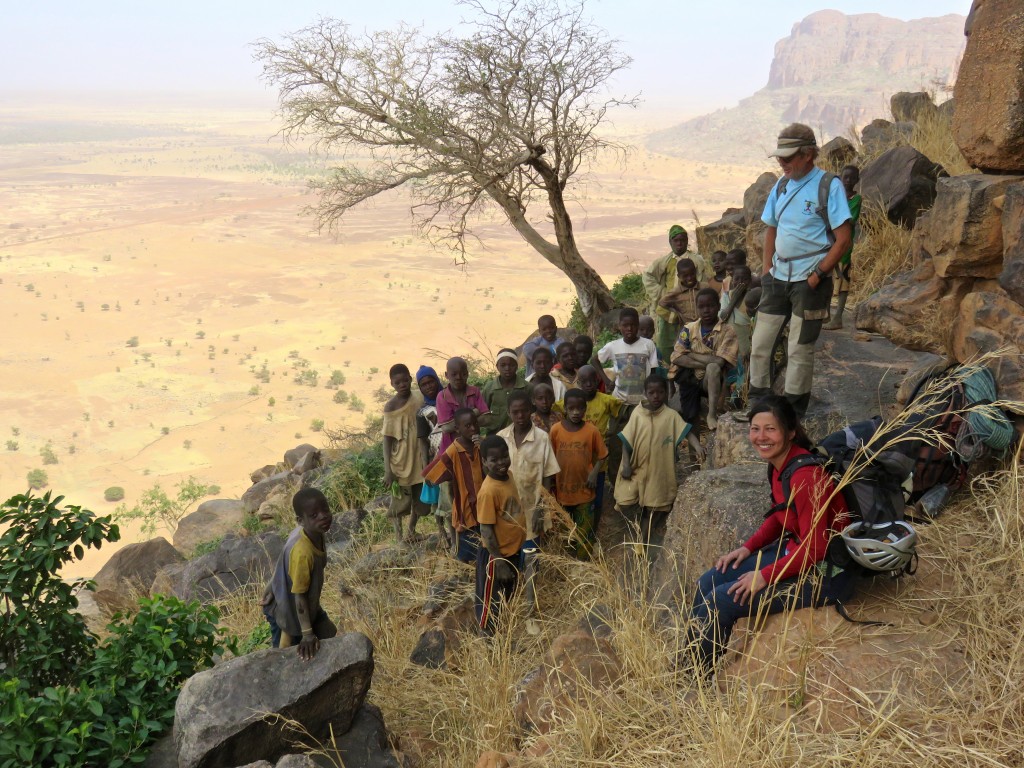 When we got back down to the base, we found Salvador and about two dozen village kids waiting for us (Dec. 2015). 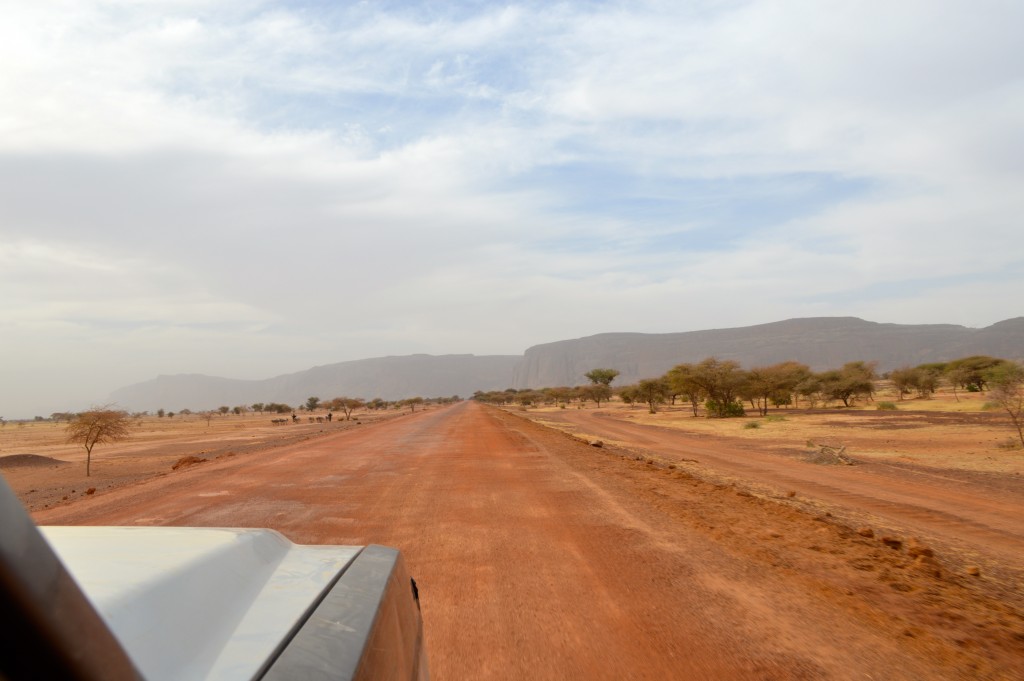 Leaving the area on the main road and heading towards the town of Douentza (Dec. 2015). 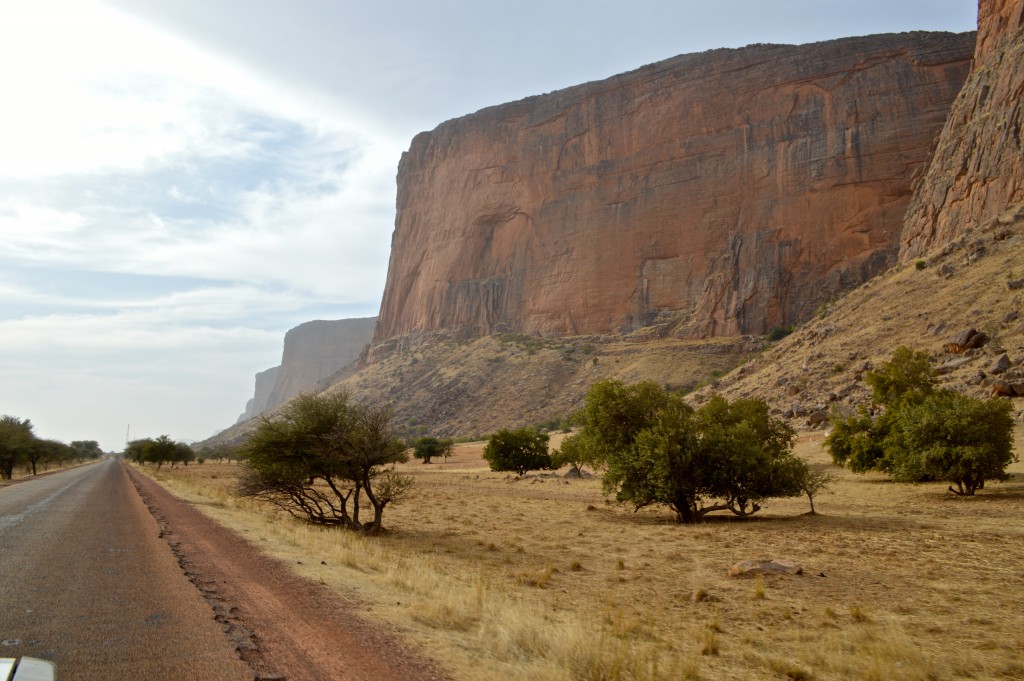 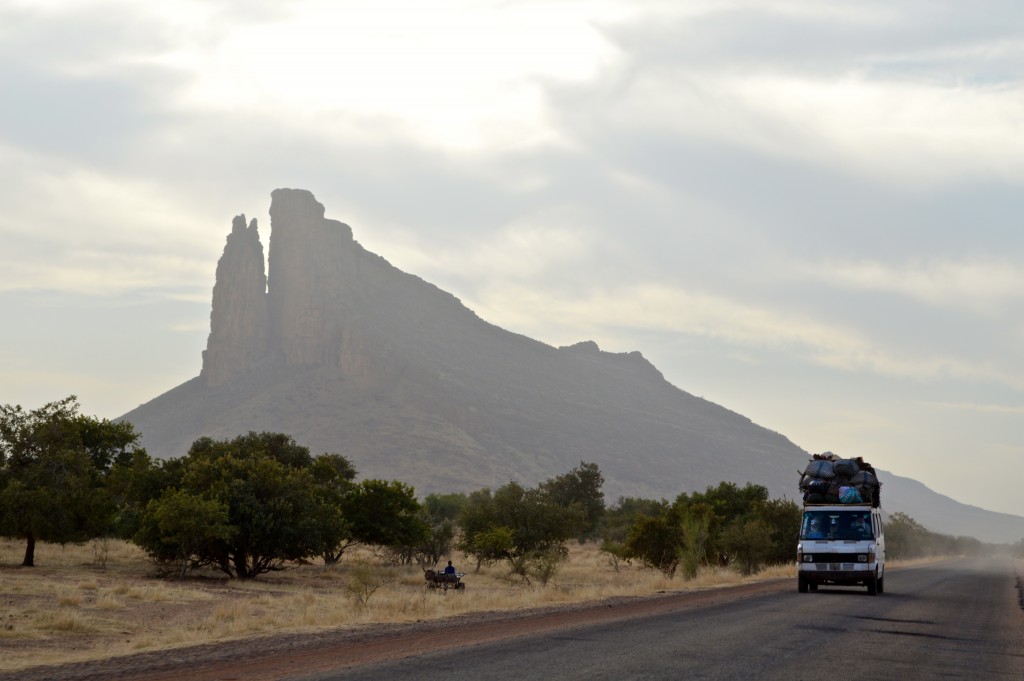 More formations seen from the main road on our drive to Douentza (Dec. 2015). 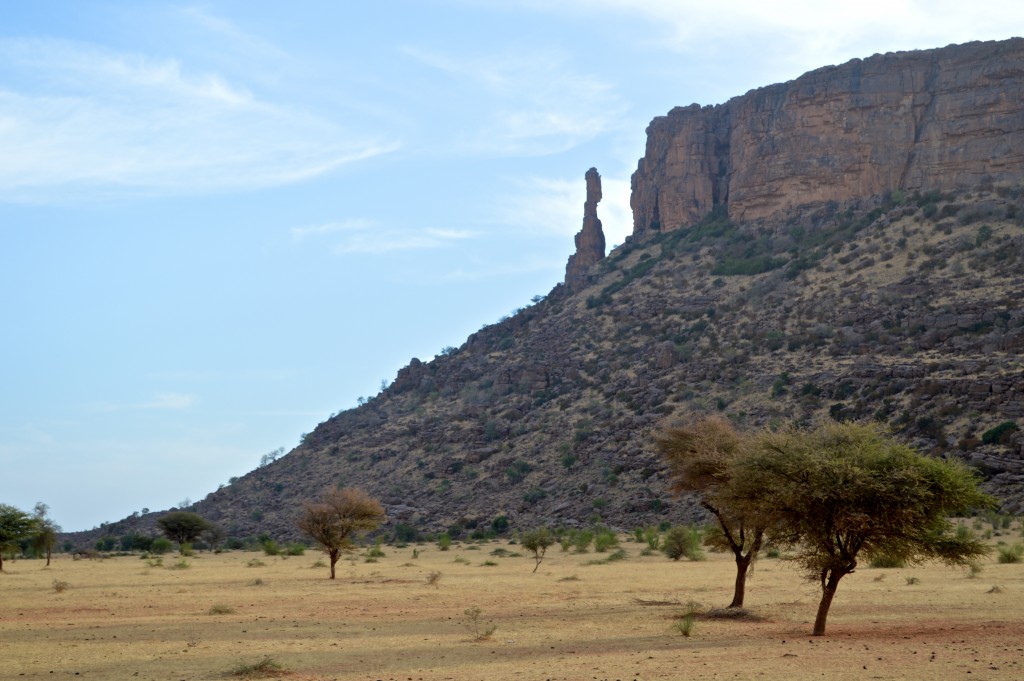 Just another amazing looking tower next to the main road (this one has an established route, 7a if I recall). 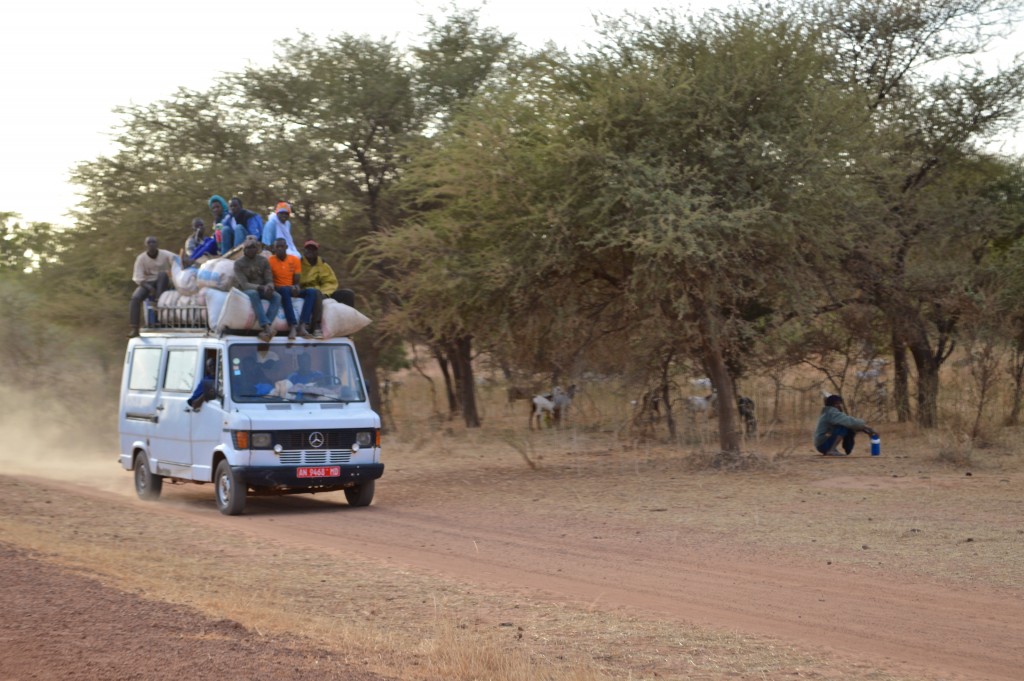 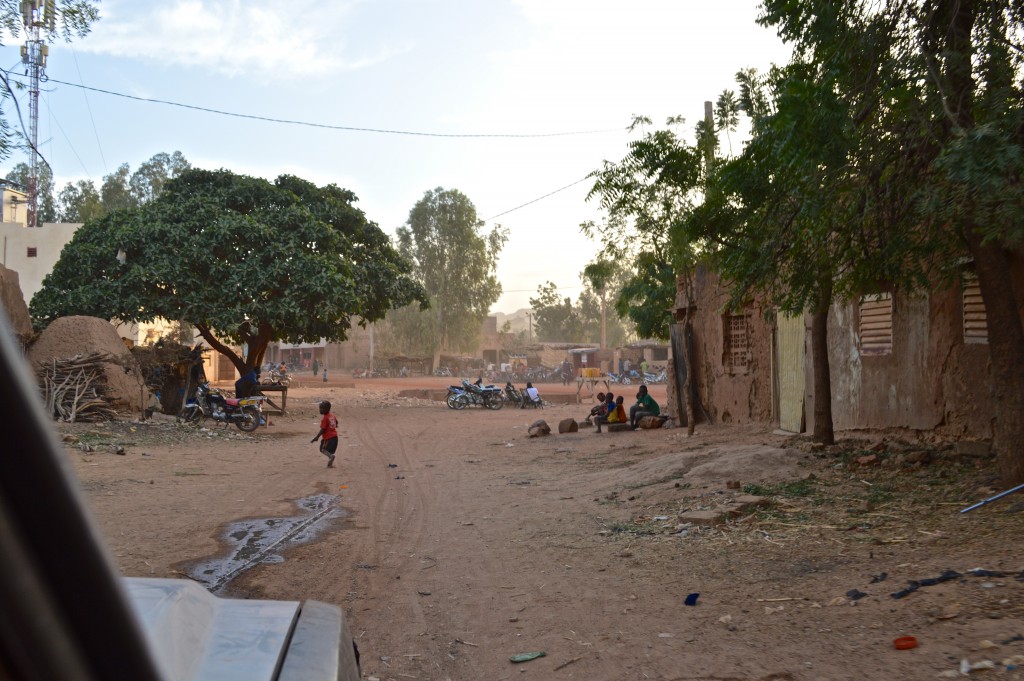 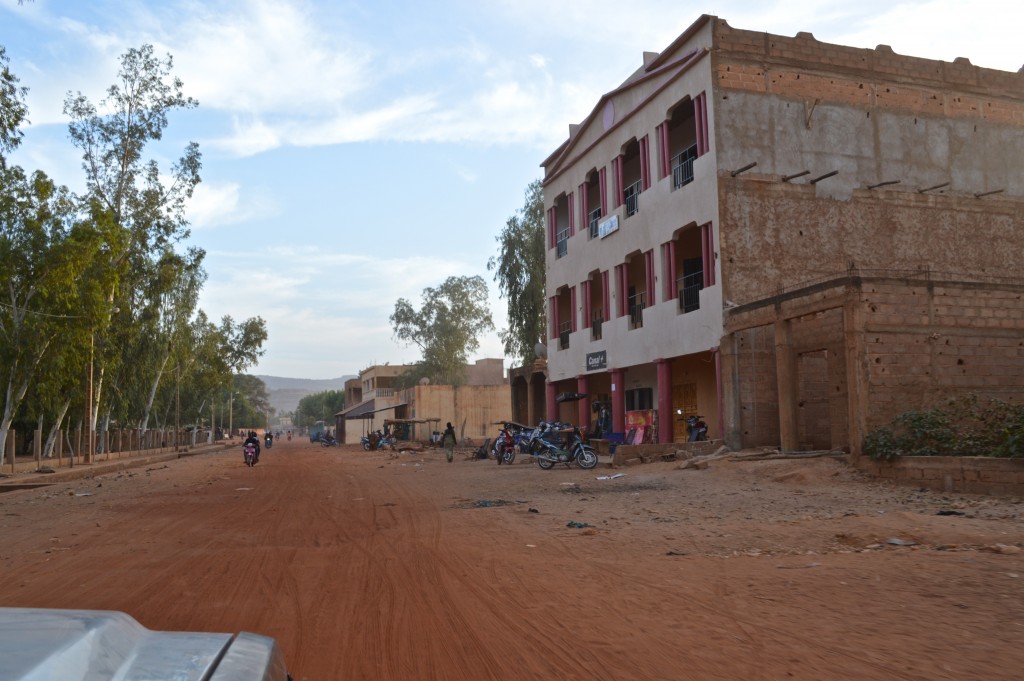 The town of Douentza where we spent one night before heading south towards the Dogon country (Dec. 2015).

Go to Dogon Villages Part 1.
Go back to Mali.