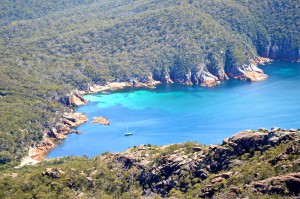 Some sitting out of bad weather followed – a pleasant experience complete with the cooking of large breakfast spreads and larger dinners (many of them shared with or courtesy of our hosts). We also ate and drank our way across “The Taste Of Tasmania” – a weeklong festival of Tassie’s culinary delights in Hobart. When the forecasts started looking more rosy, we drove up to Freycinet National Park (~2 hrs) home to some large granite domes scattered along the tip of a peninsula. After failing to find a trail to our “plan A” climb, settled on a quick afternoon climb of RH Negative – a nice, 4-pitch route rated 17. Cool place – we’d make an effort to come back to. 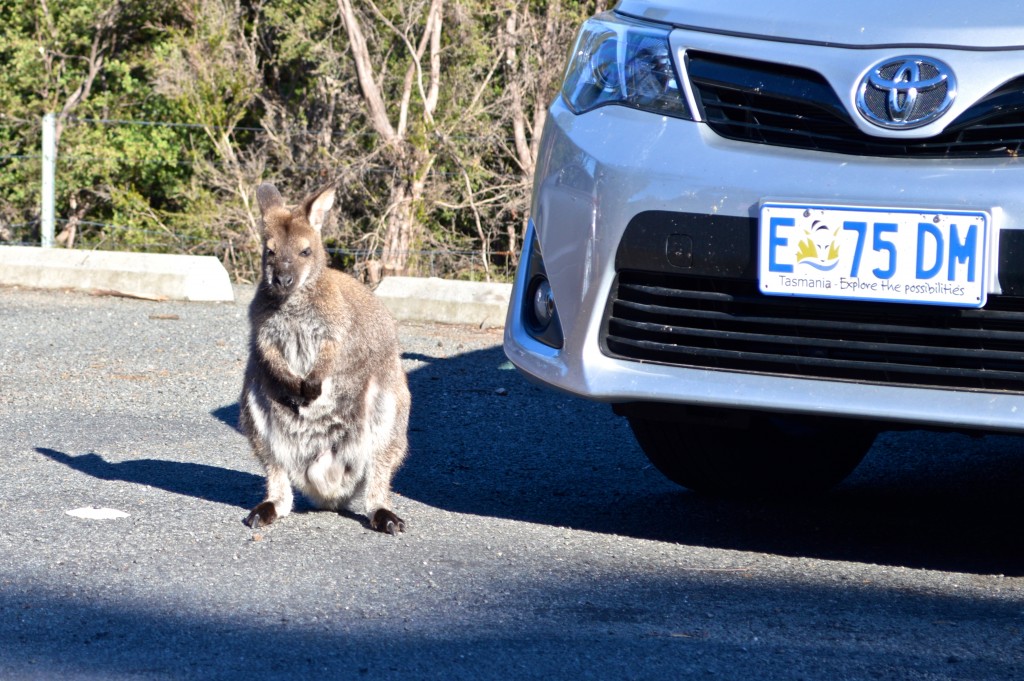 A wallaby hanging out in the trailhead parking lot at Freycinet National Park (Jan. 2015). 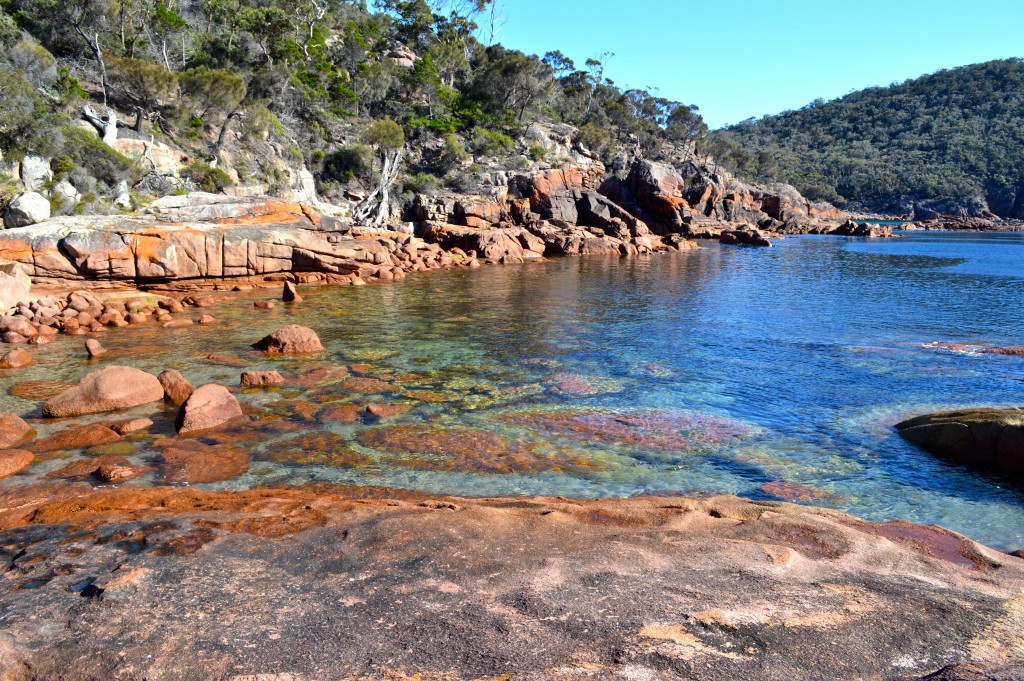 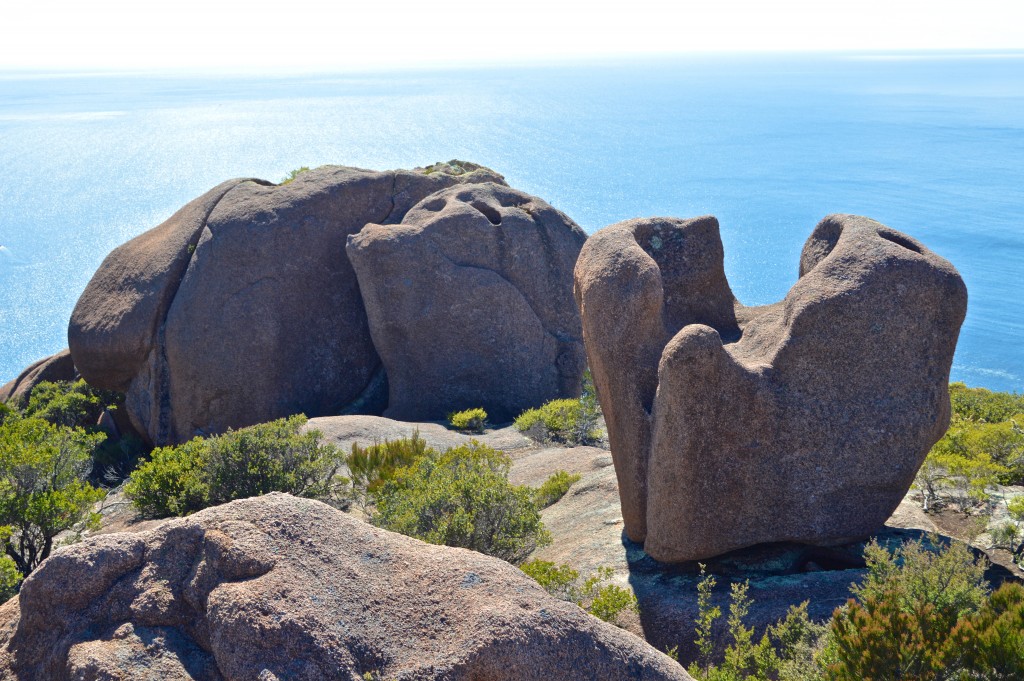 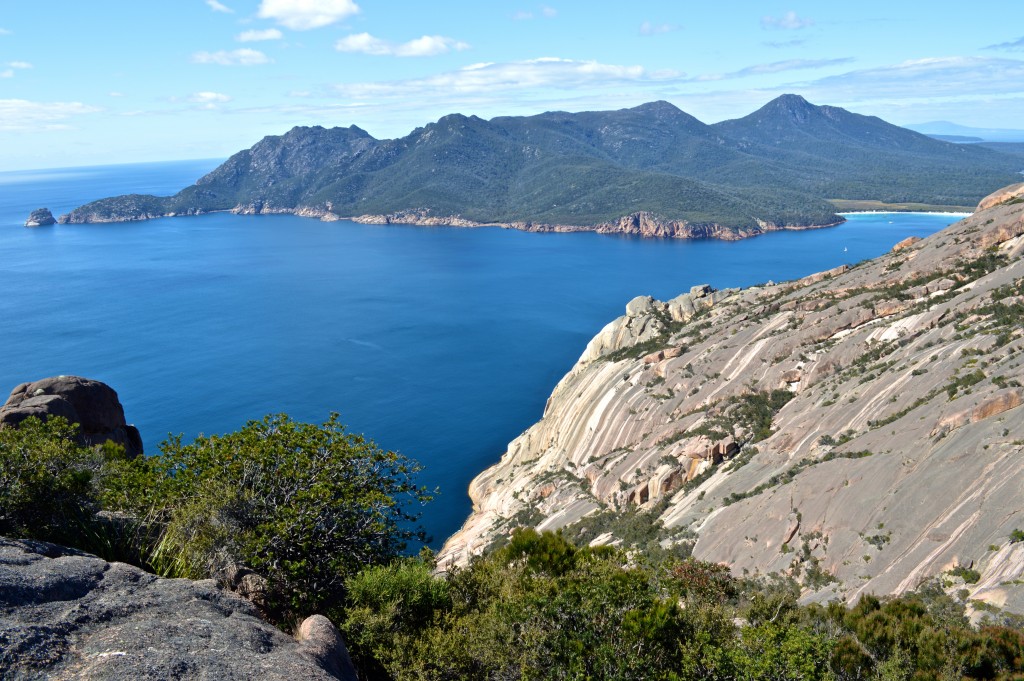 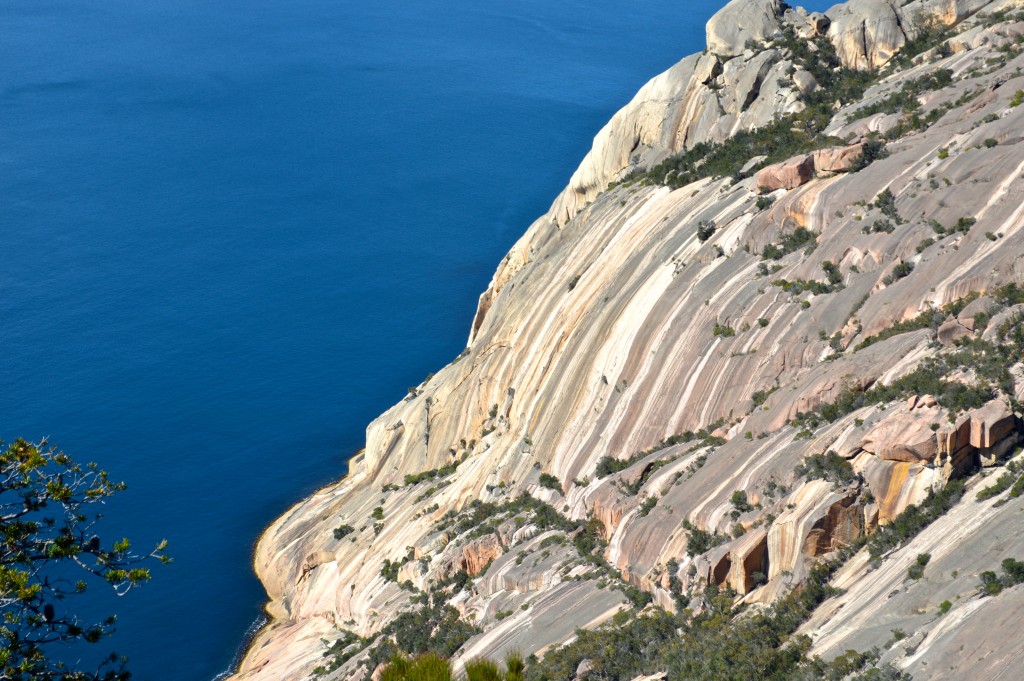 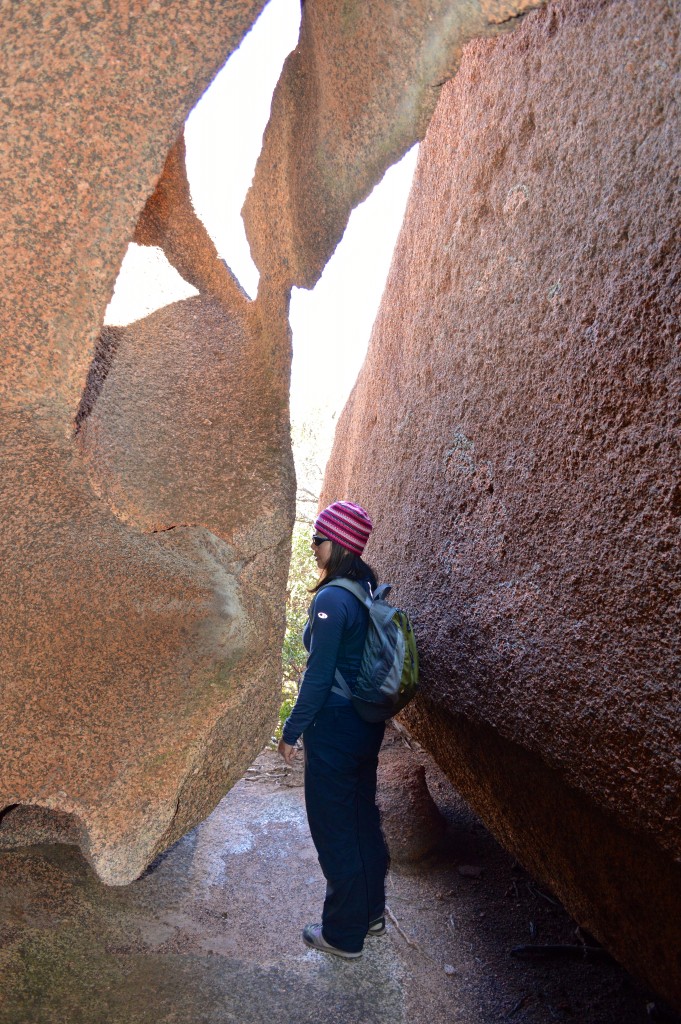 An approach on Freycinet Peninsula (Jan. 2015). 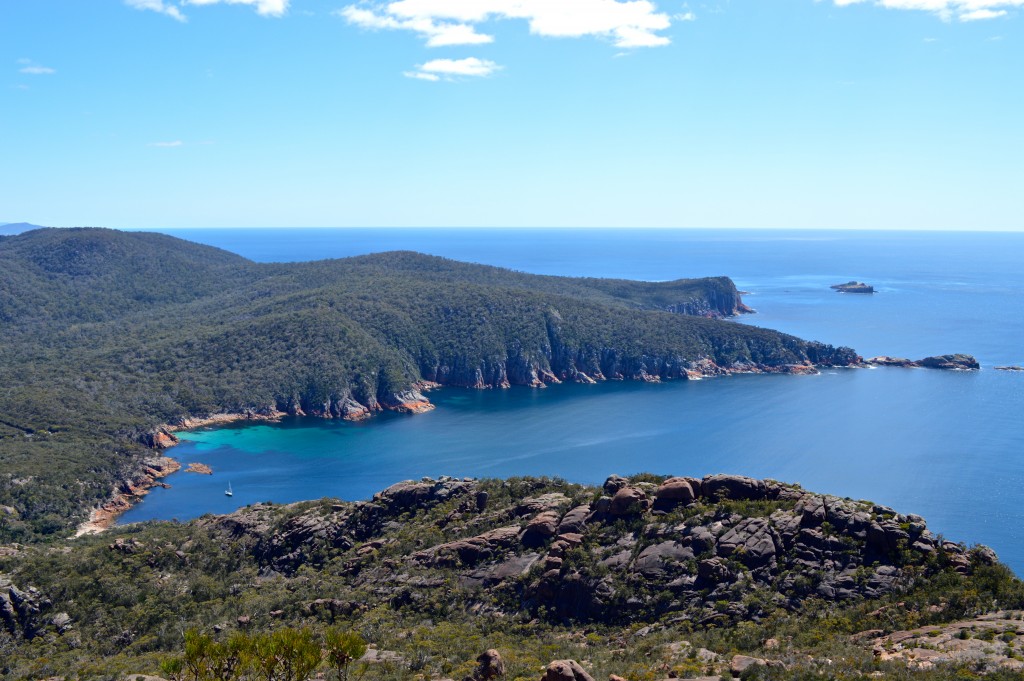 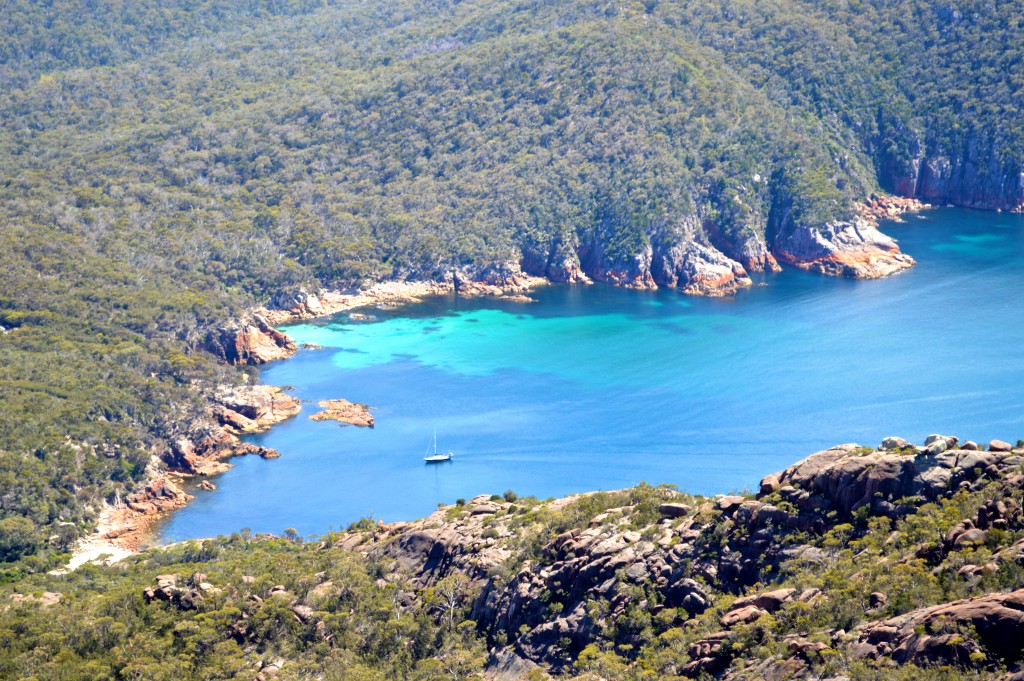 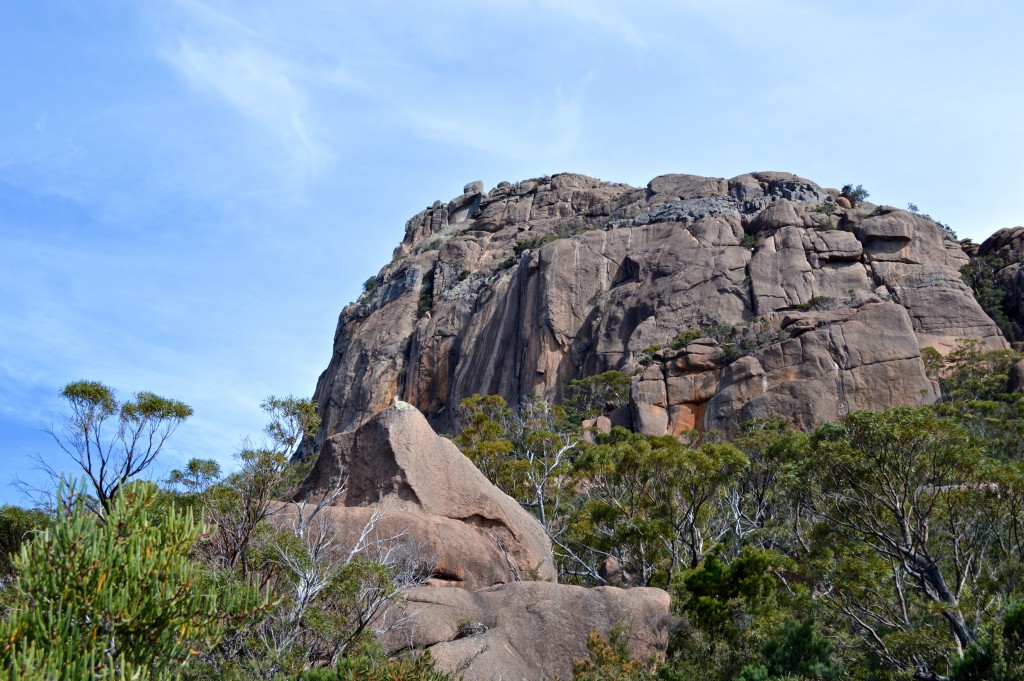 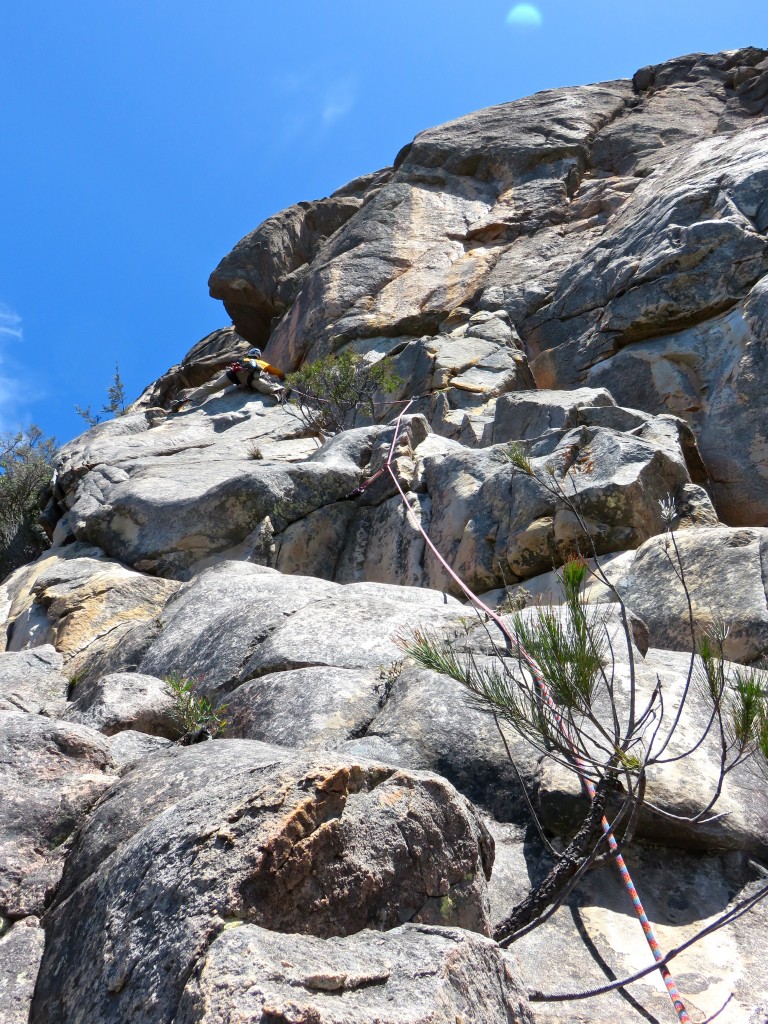 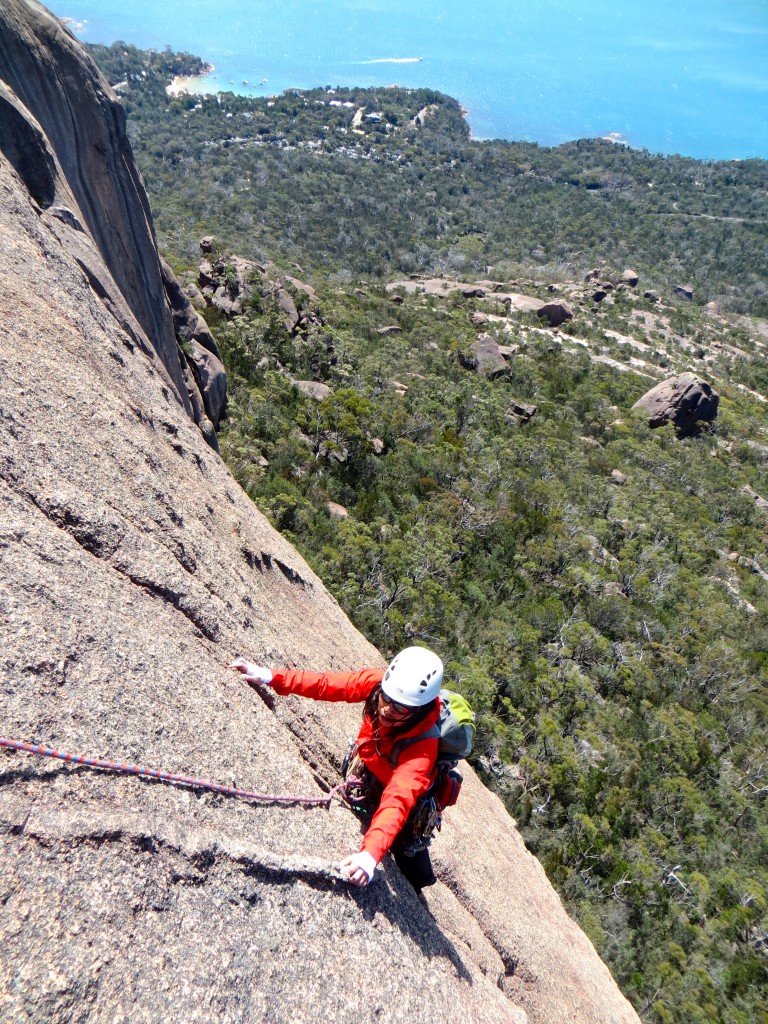 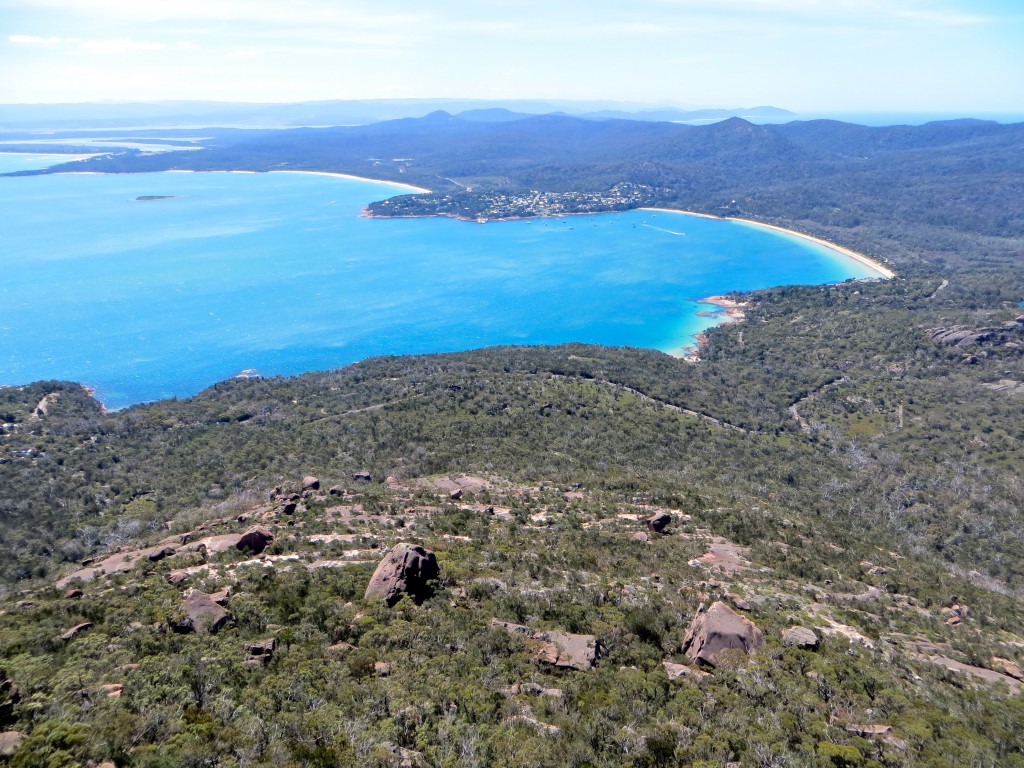 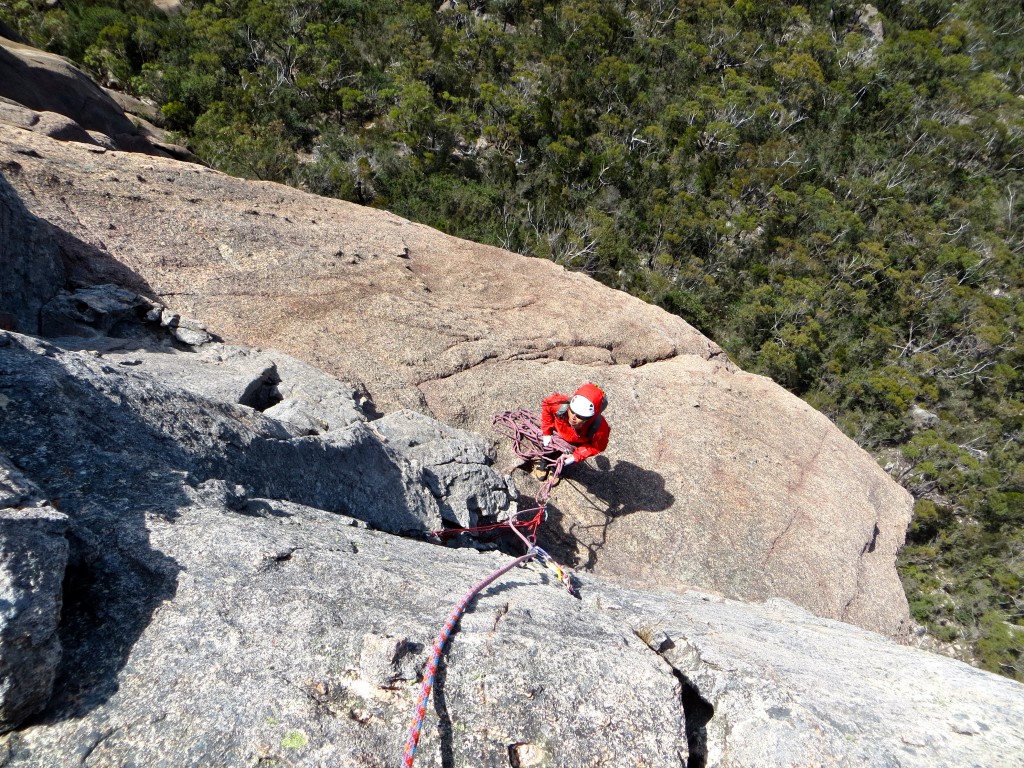 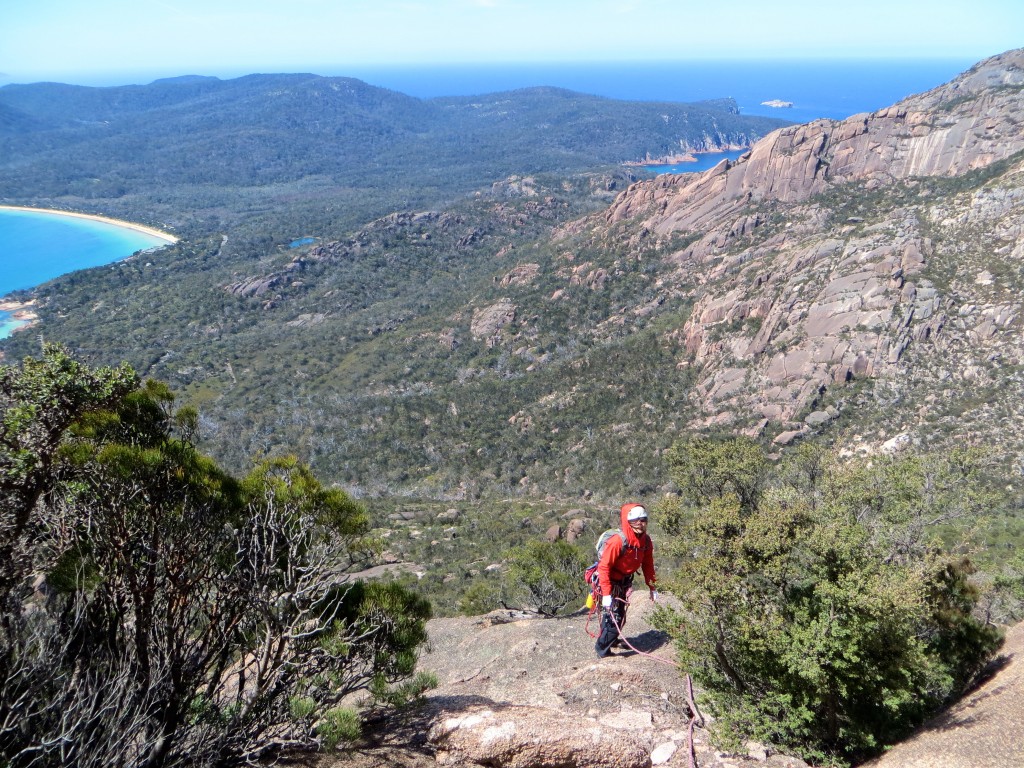 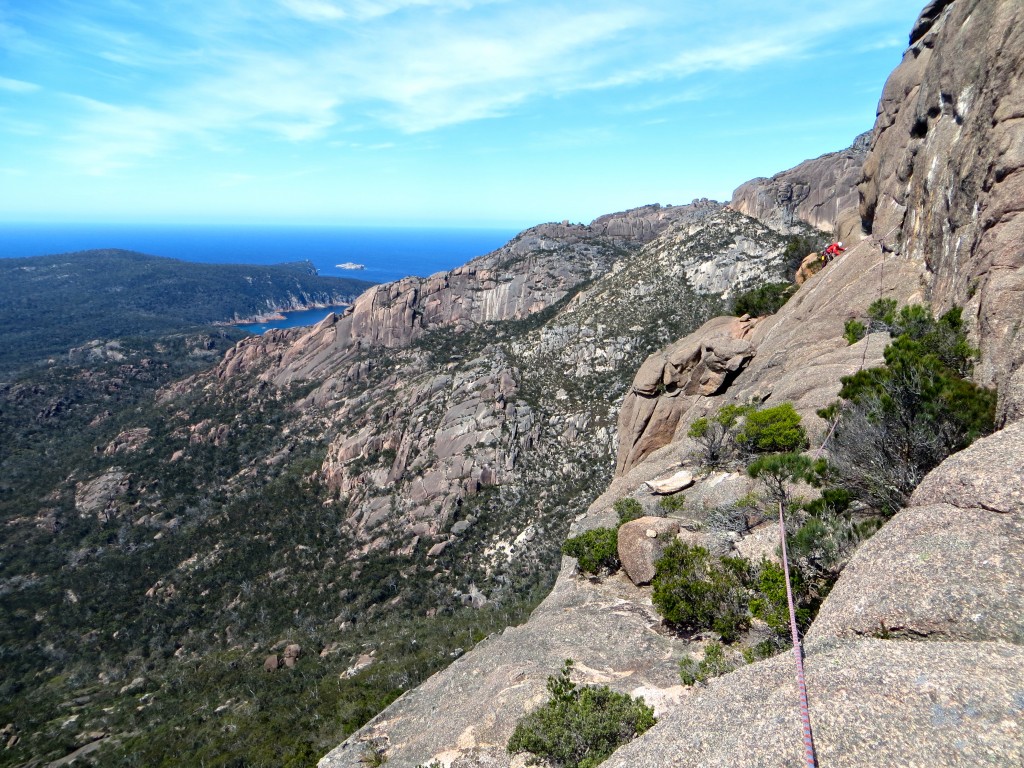 Shirley traversing the top of the north wall to the scramble descent (Jan. 2015). 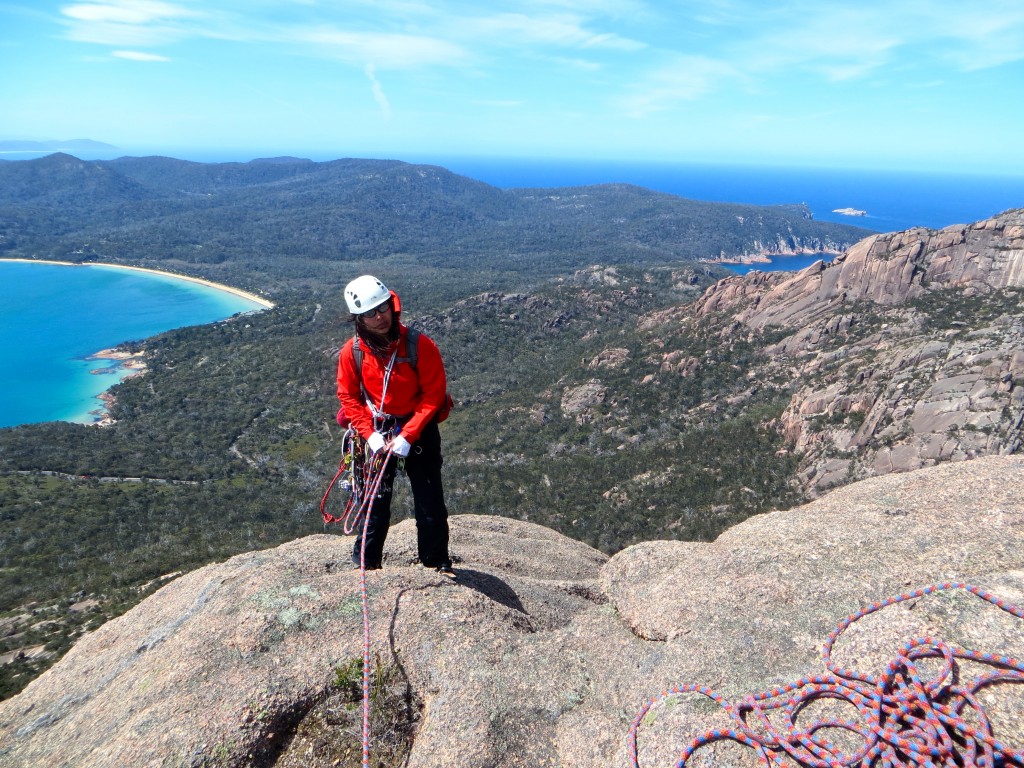 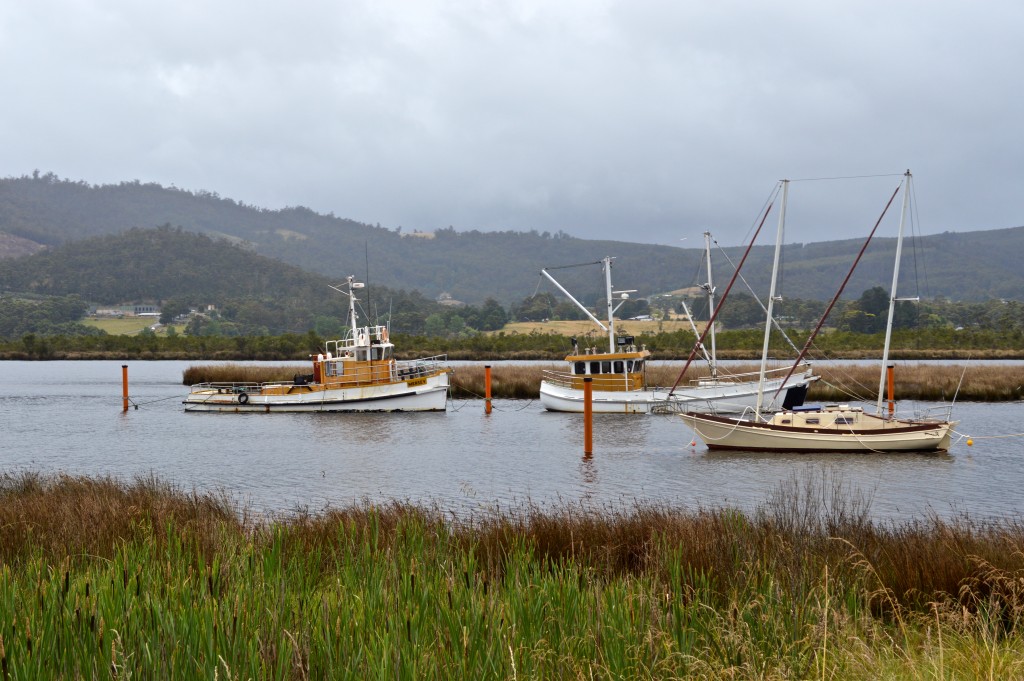 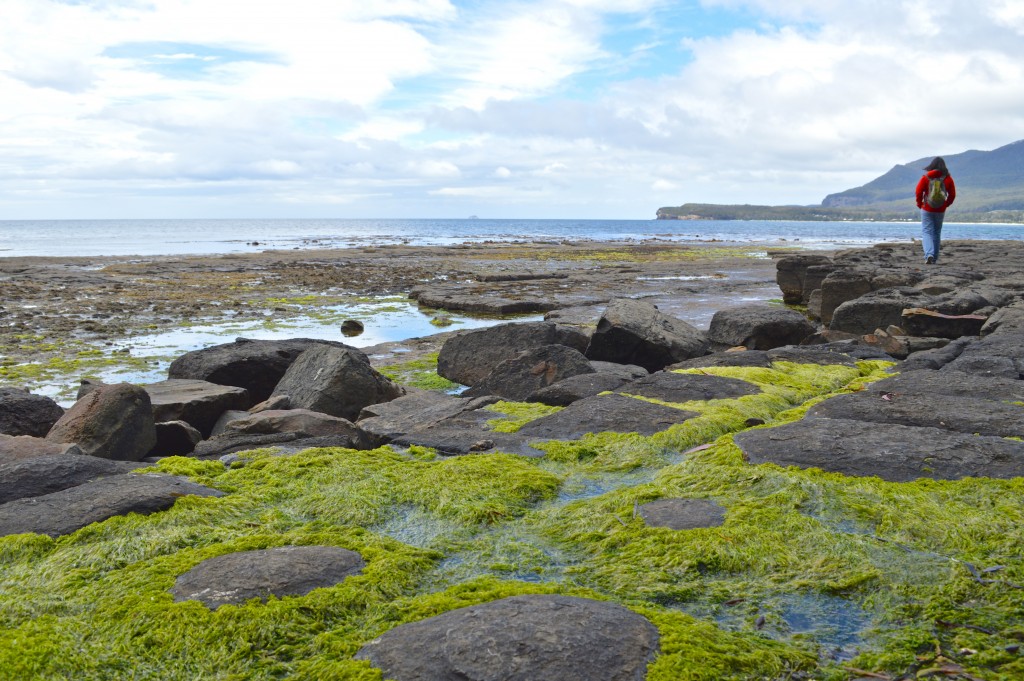 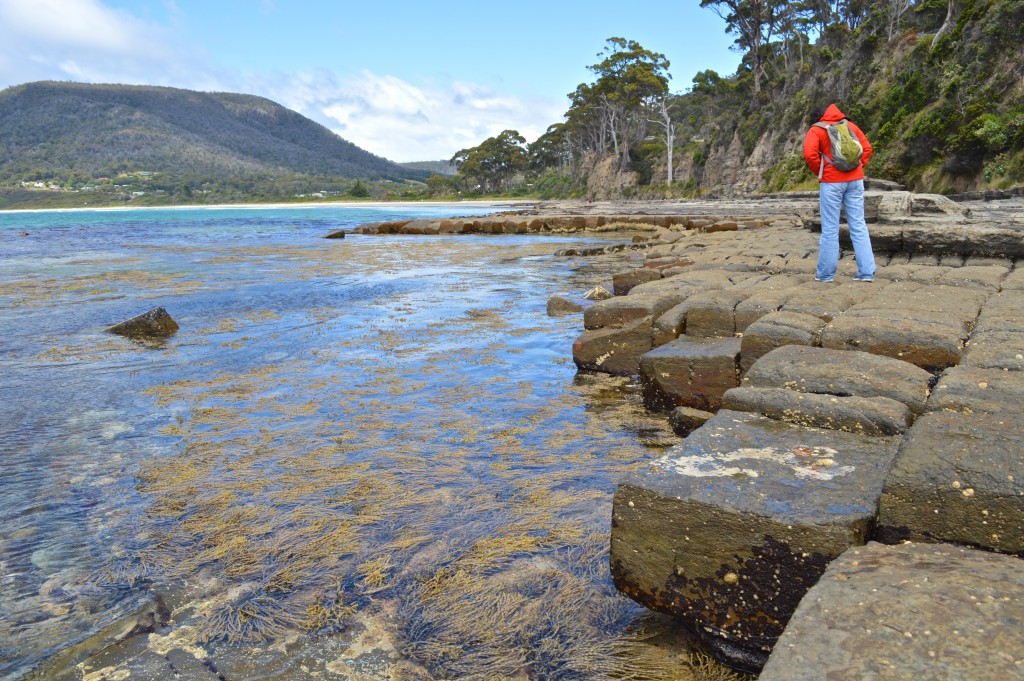 Checking out the tessellated pavement (Jan. 2015). 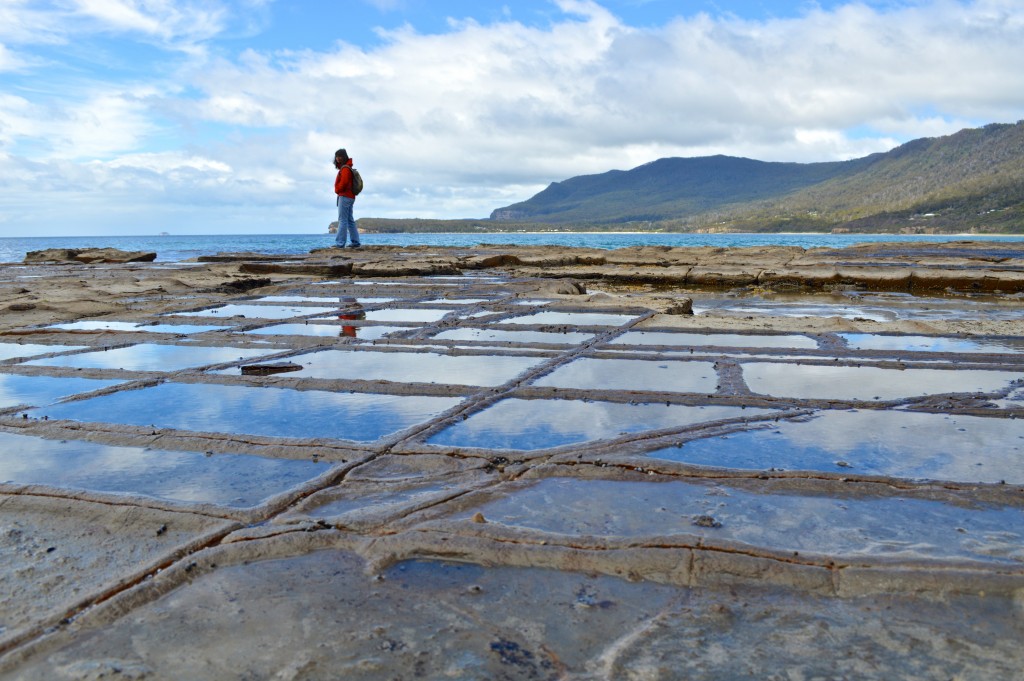 Go to Ben Lomond 2.
Go back to Tasmania.