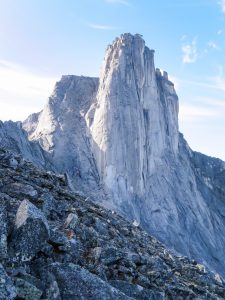 In the morning we once again slogged our way up to the head of the valley (2 hours) and once again dropped into the adjacent valley but this time opted for a longer traverse that would avoid the loose class 3 gully from two days earlier. Spectacular views of the cirque from a second pass and another hour of boulder hopping to reach the base of The General for a grand total of 4 hours from camp. We found our route of choice dripping wet and with a snowfield covering the first pitch. Add in the north facing aspect of the route and, in short, we chickened out from giving it a go. Another long but leisurely slog back to camp. We spent quite a bit of time admiring the Finger Crack Cirque off in the far distance and made a plan to do a quick overnighter there starting the following morning. When we reached the final pass with a view of our camp, we saw that there was a large truck making its way down towards the valley floor and our encampment. We were quite shocked and a little bit worried as we had left the larger cameras (not to mention our wallets) back in the tent. Since the truck was unrecognizable to us, it was only once we got to within 50 meters of camp that we realized it was Sergei (who was accompanied by someone else this time). A flurry of one way conversations in mutually incomprehensible tongues ensued but the implication was clear: these guys were here to pick us up some 48 hours to early. We were not sure if weather was moving in (the agreement had been that they’d show up a day early if forecasts were going to shit) or there were some other circumstances (break out of WWIII?). Faced with the possibility of being left behind in Siberia, we packed up our shit and got in the truck. 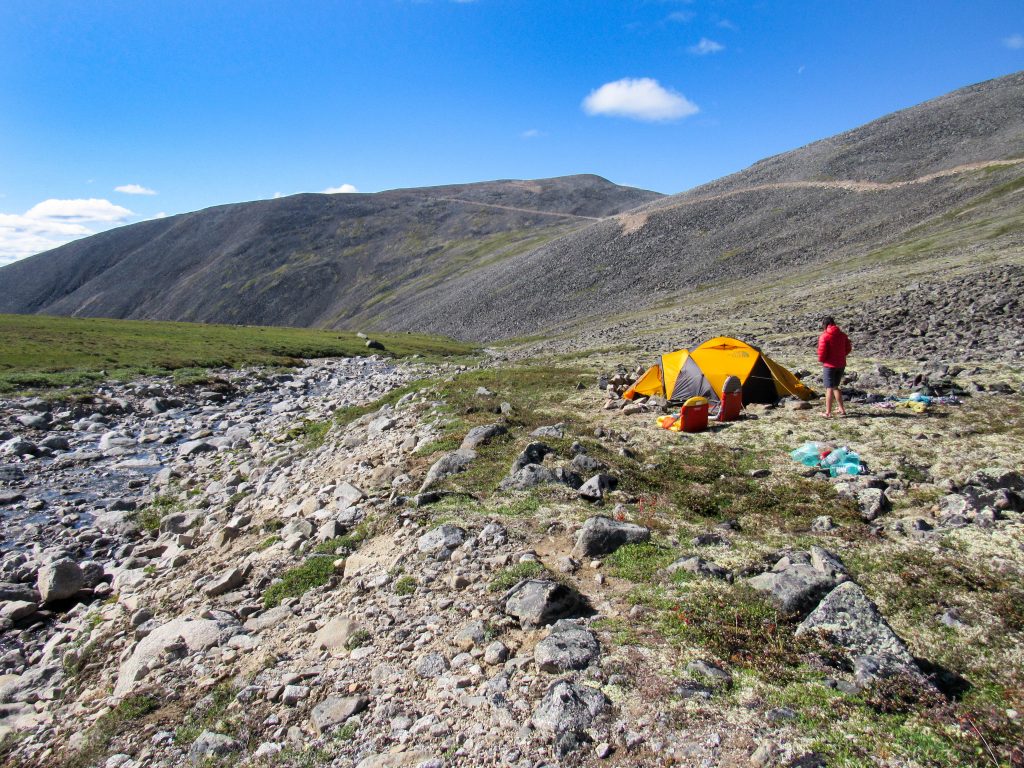 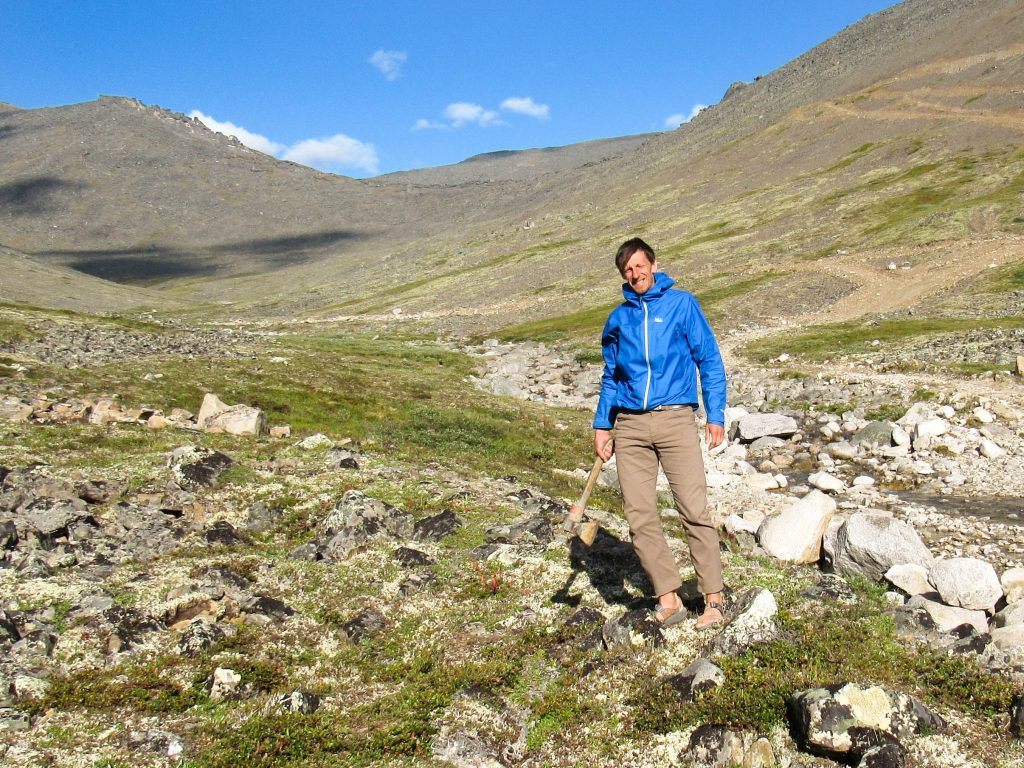 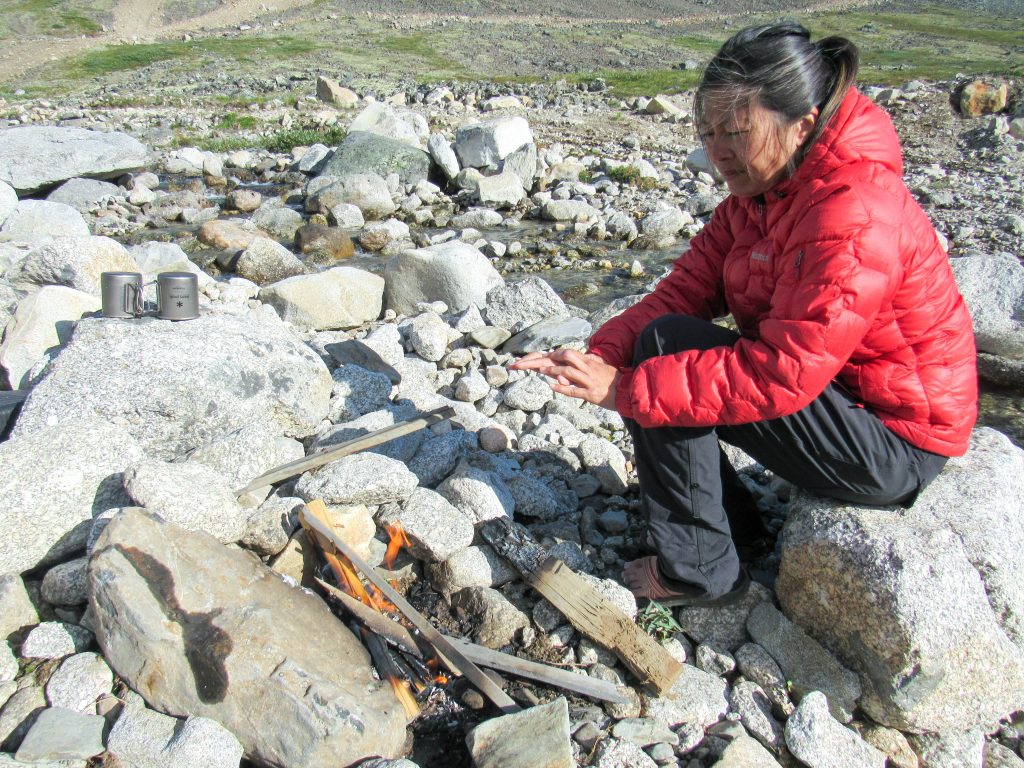 Actually, they also left us with some firewood; and we were also able to find some odd planks and other construction garbage along the mining “roads” (Aug. 2018). 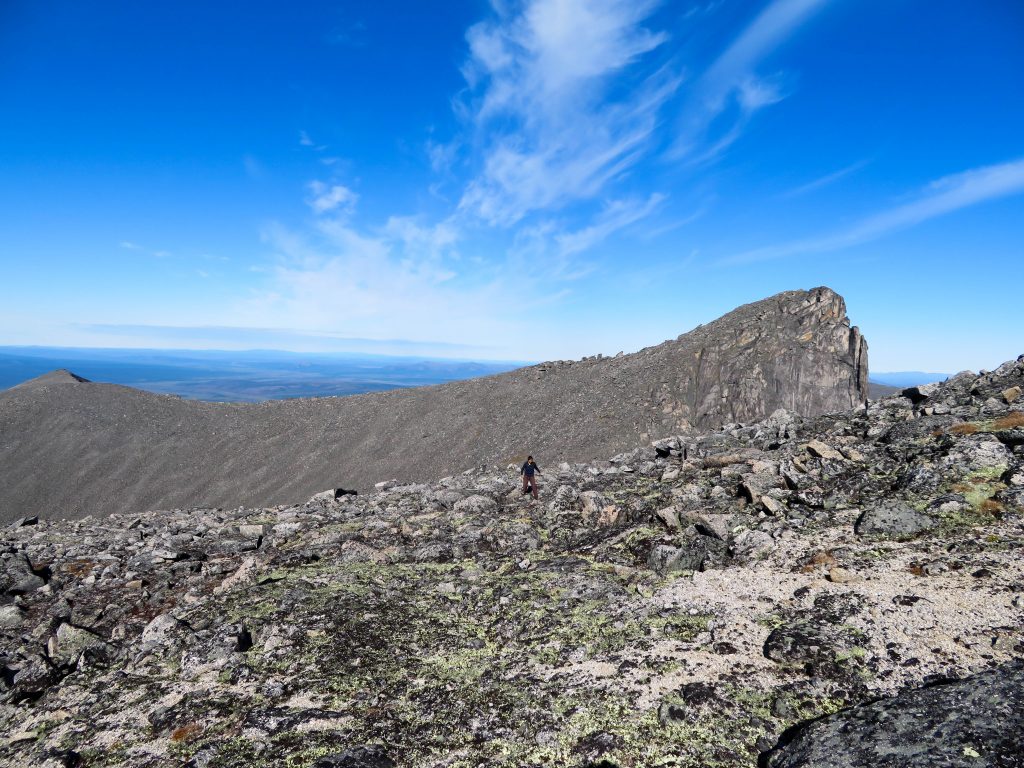 Shirley back at the pass behind The Commander. The General is visible in the background (Aug. 2018). 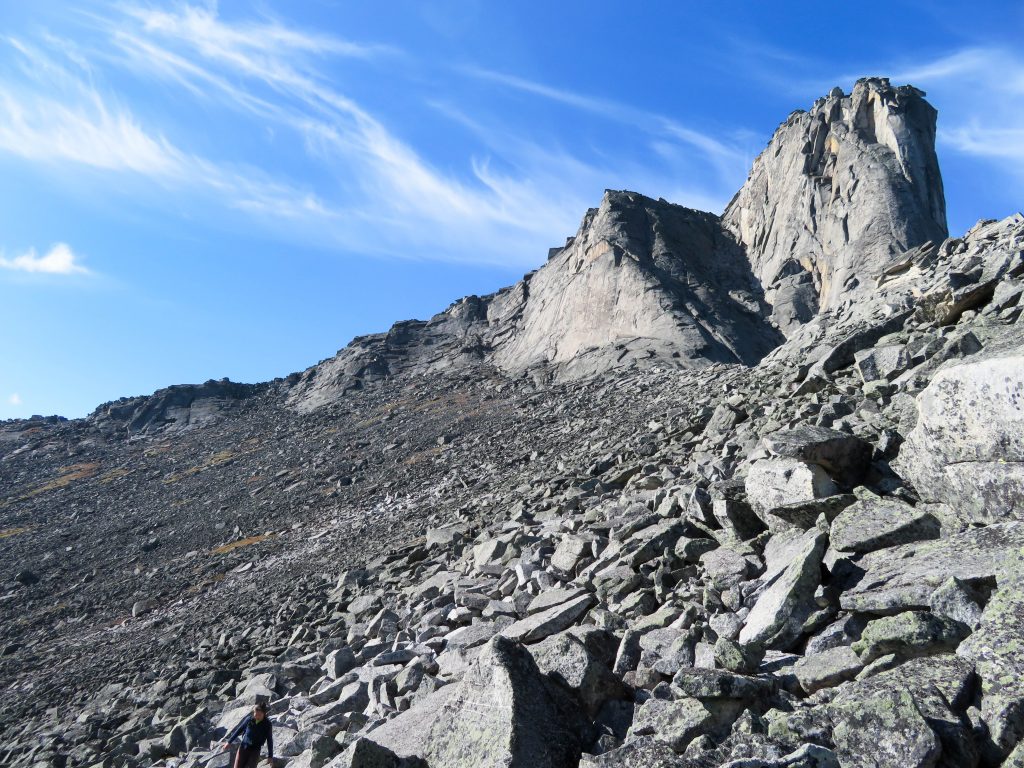 Other side of the pass with The Commander in the background (Aug. 2018). 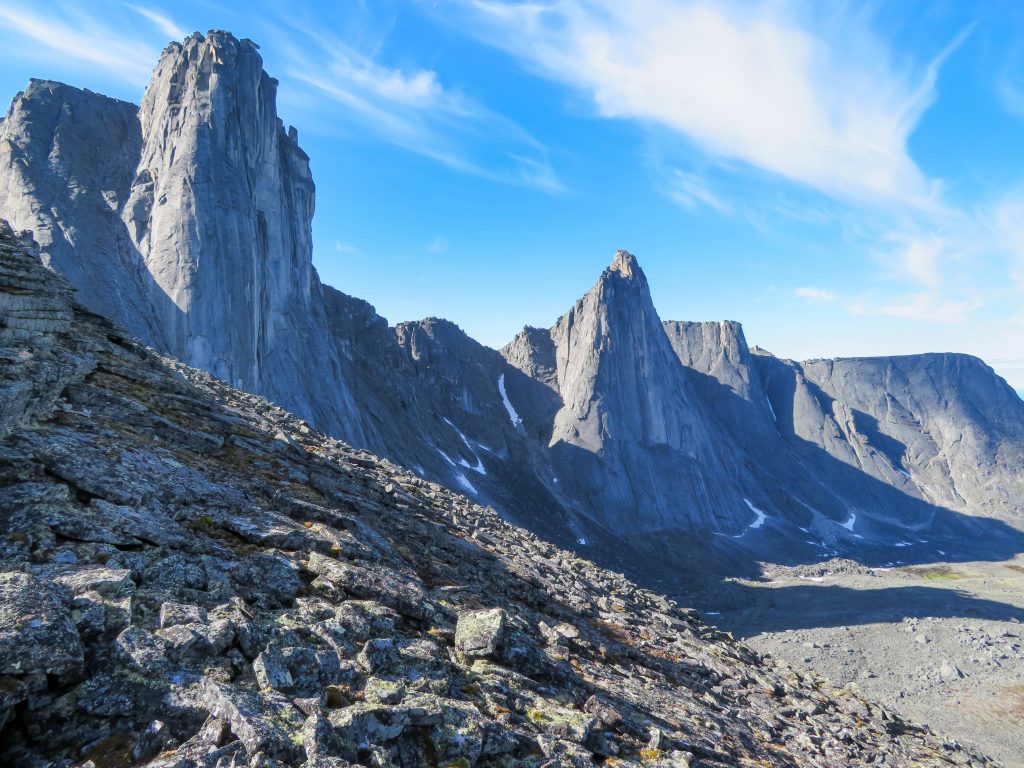 The Commander (left) and The General as seen from our approach. This time we took a longer way around avoiding the shit gully (Aug. 2018). 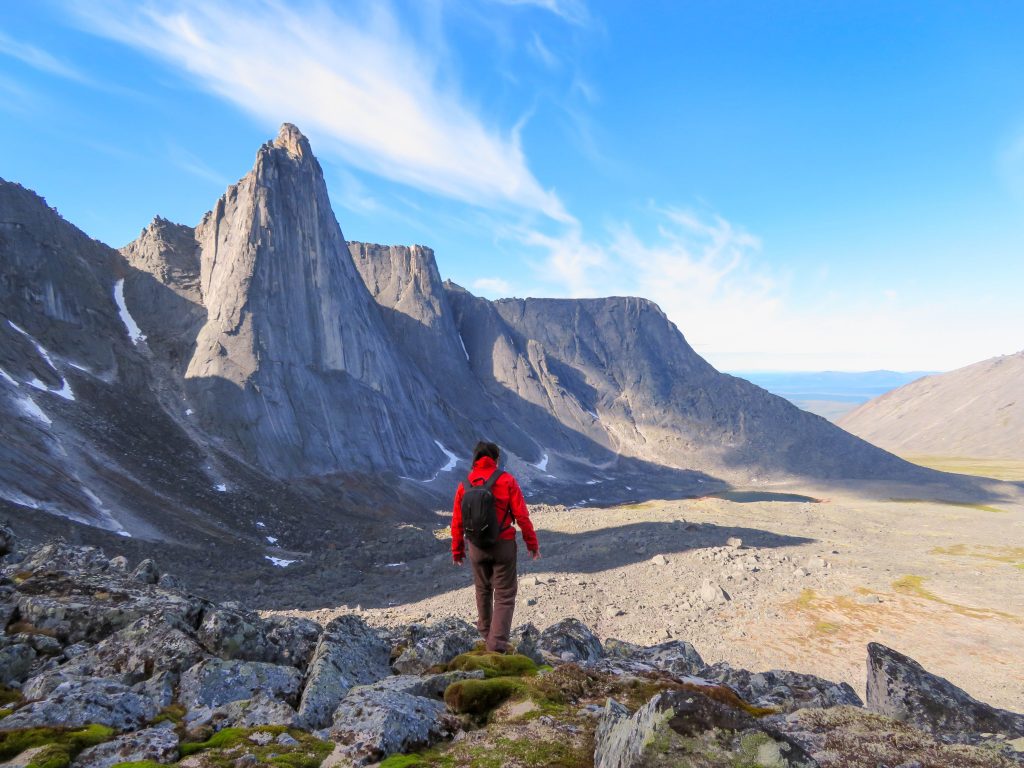 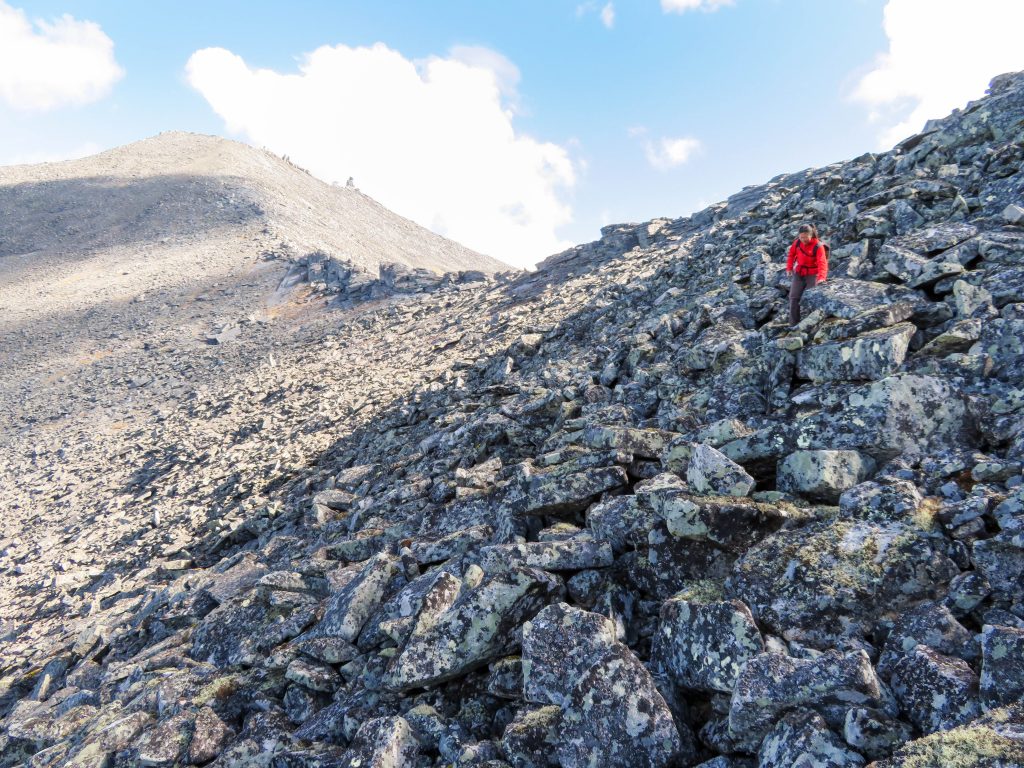 Shirley hiking down from the second pass and into the cirque (Aug. 2018). 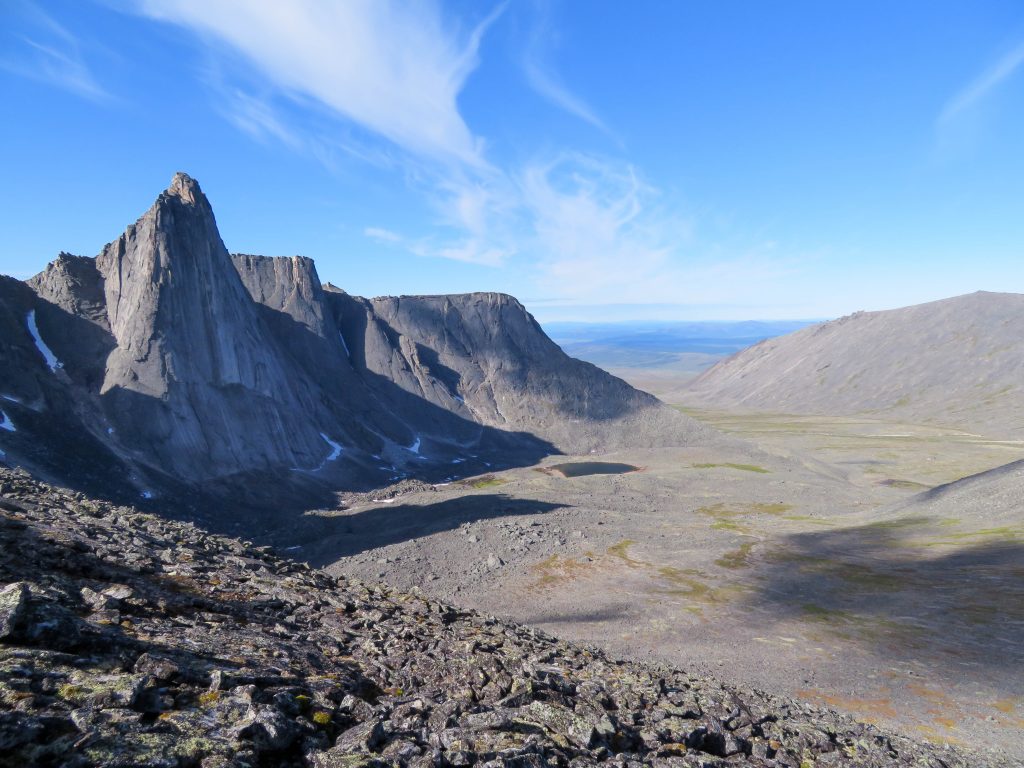 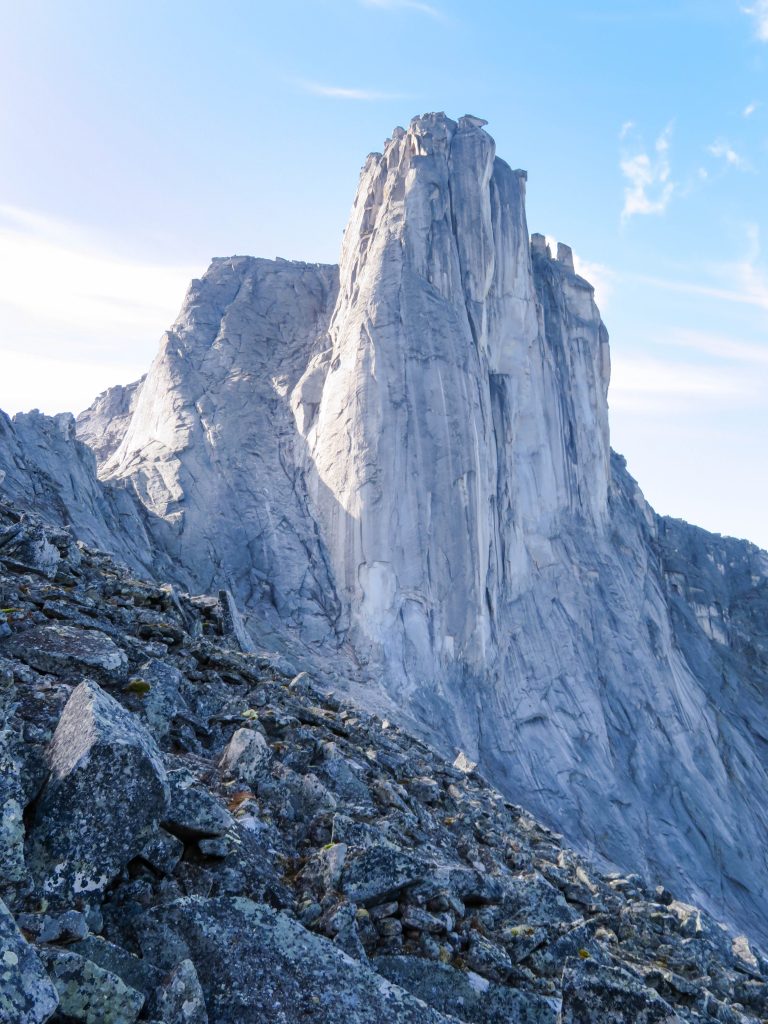 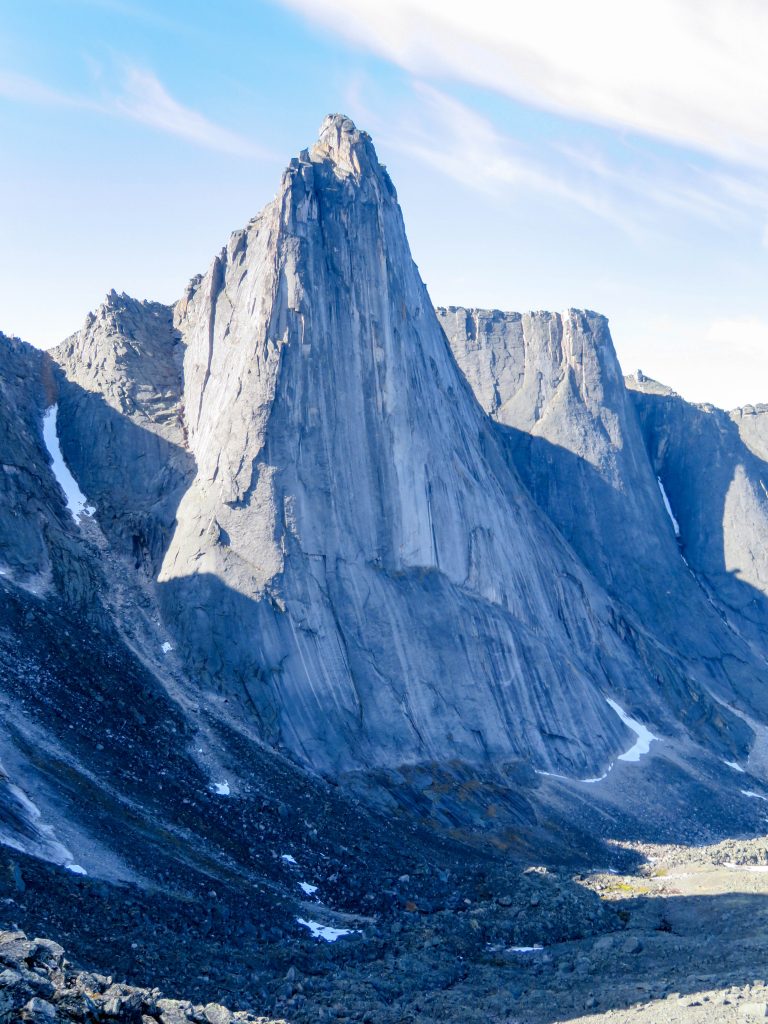 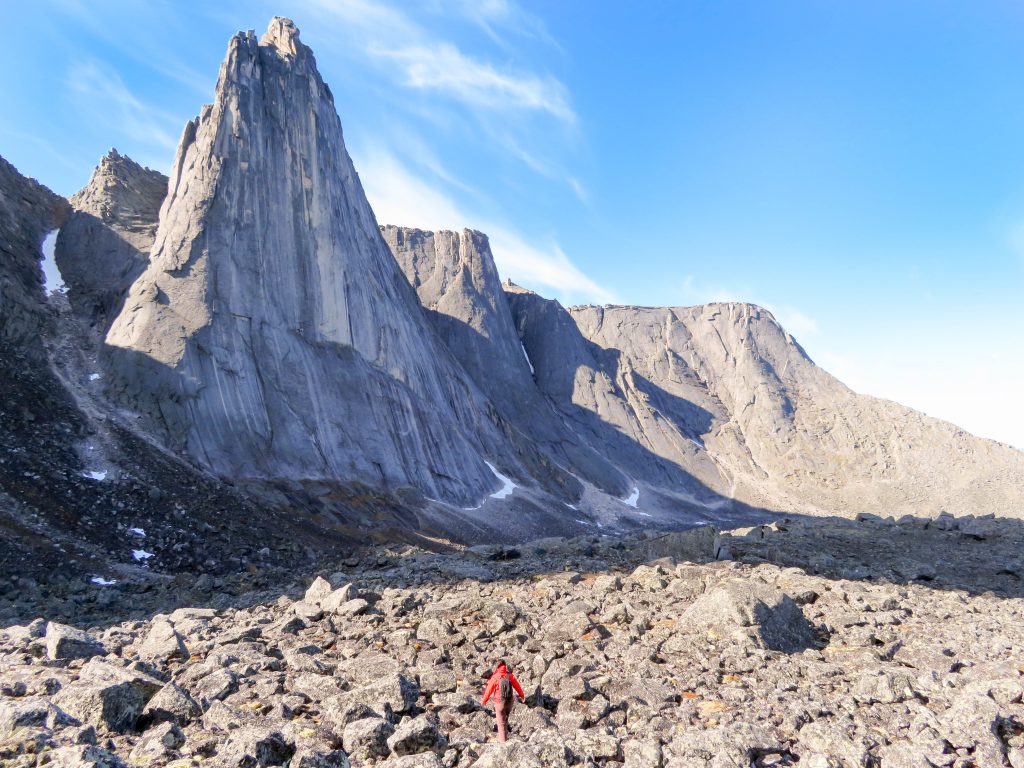 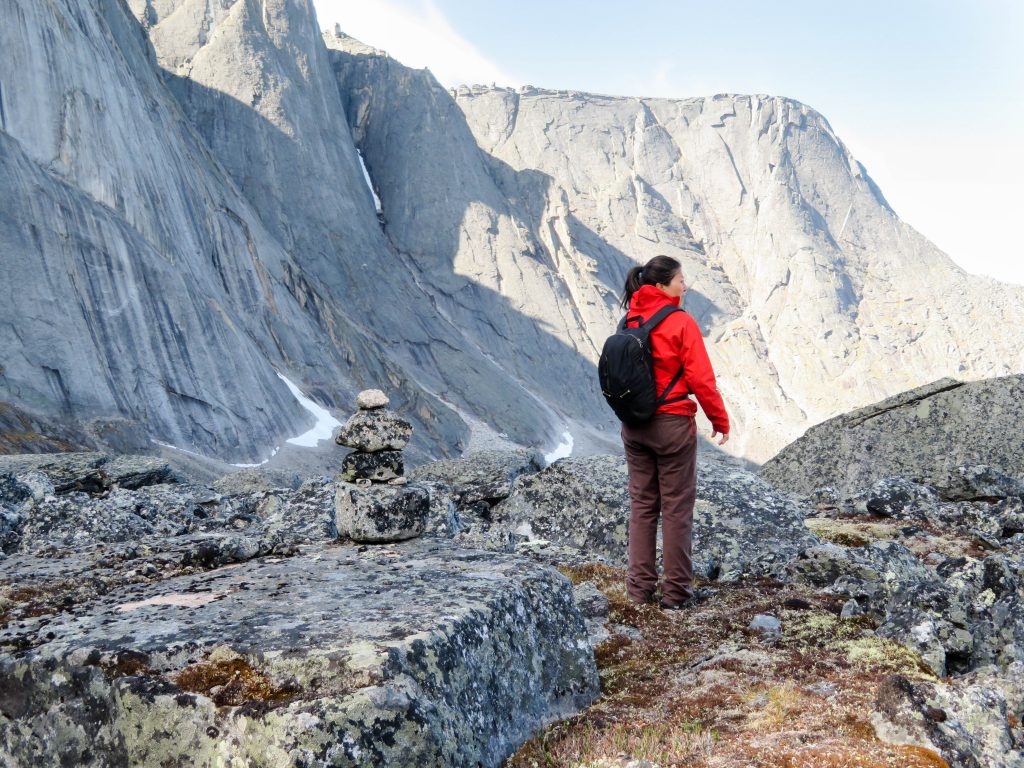 Shirley next to a large cairn constructed by those who came before us (Aug. 2018). 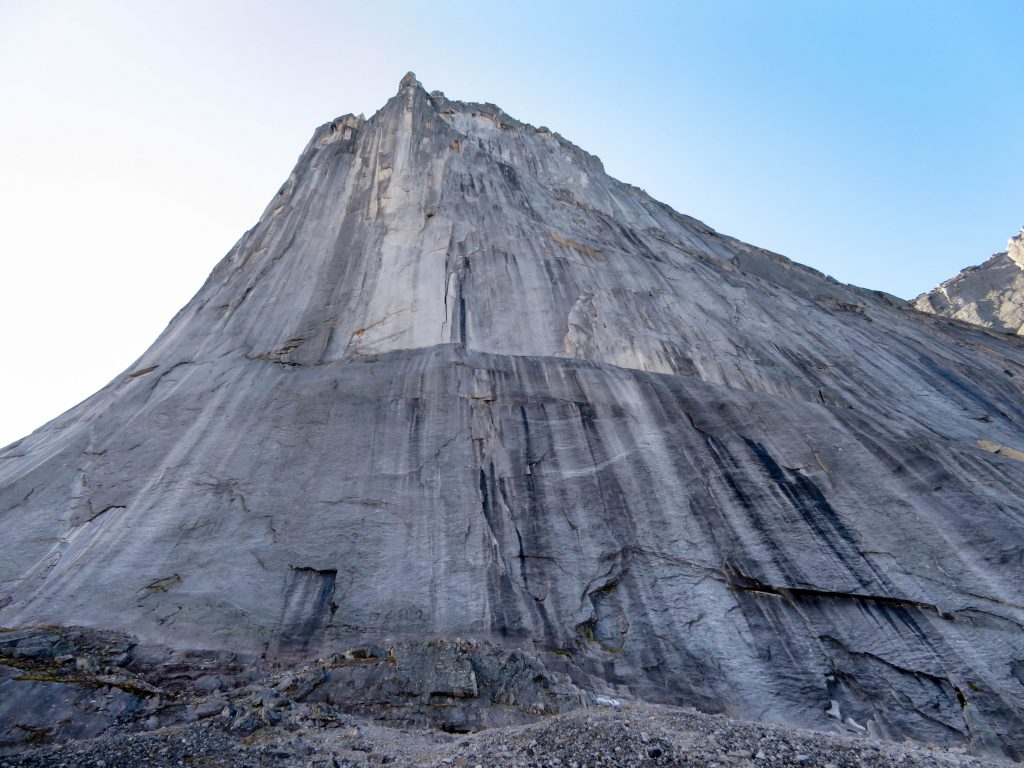 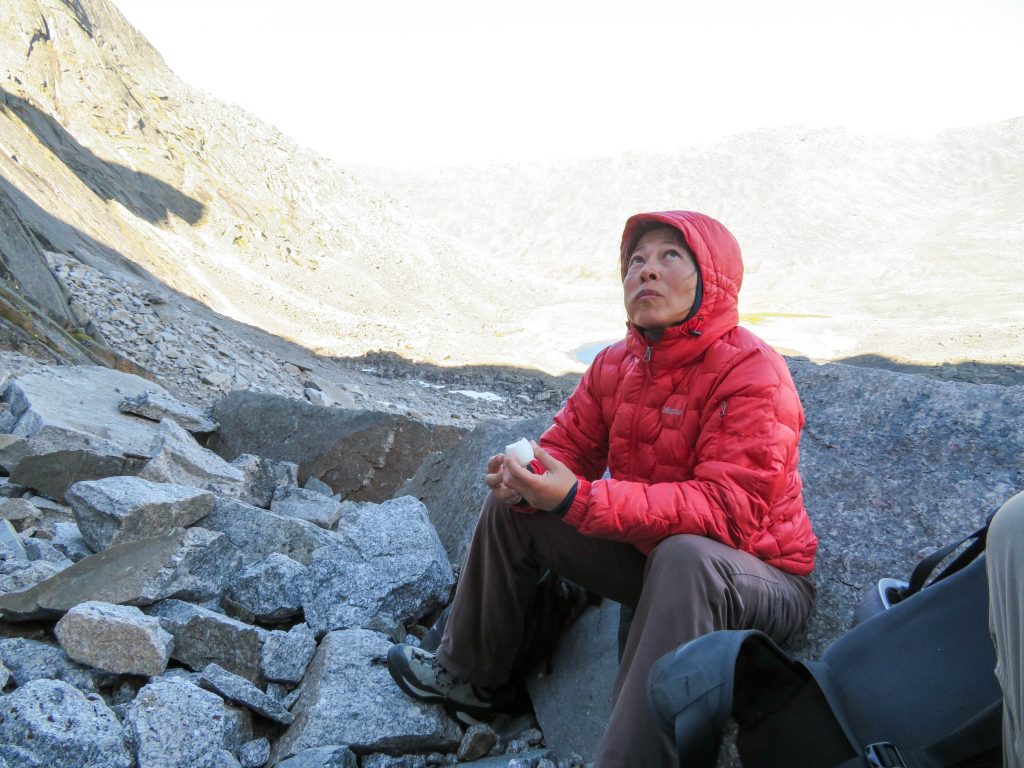 Trying to get psyched up for the dripping wet chimney (Aug. 2018). 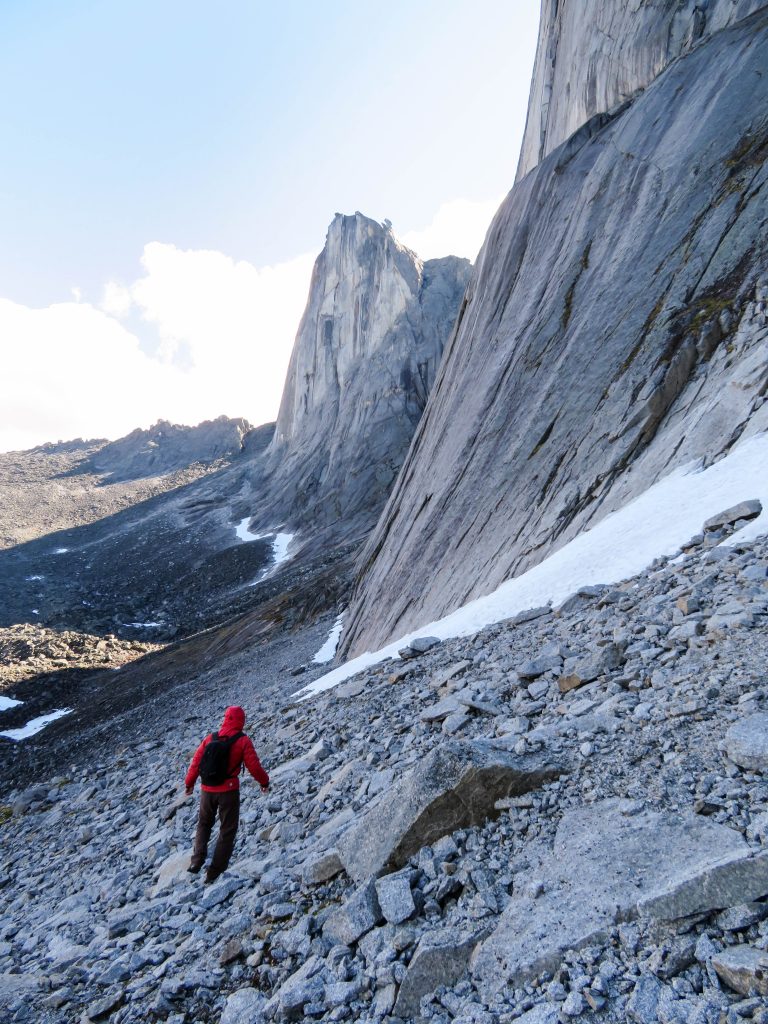 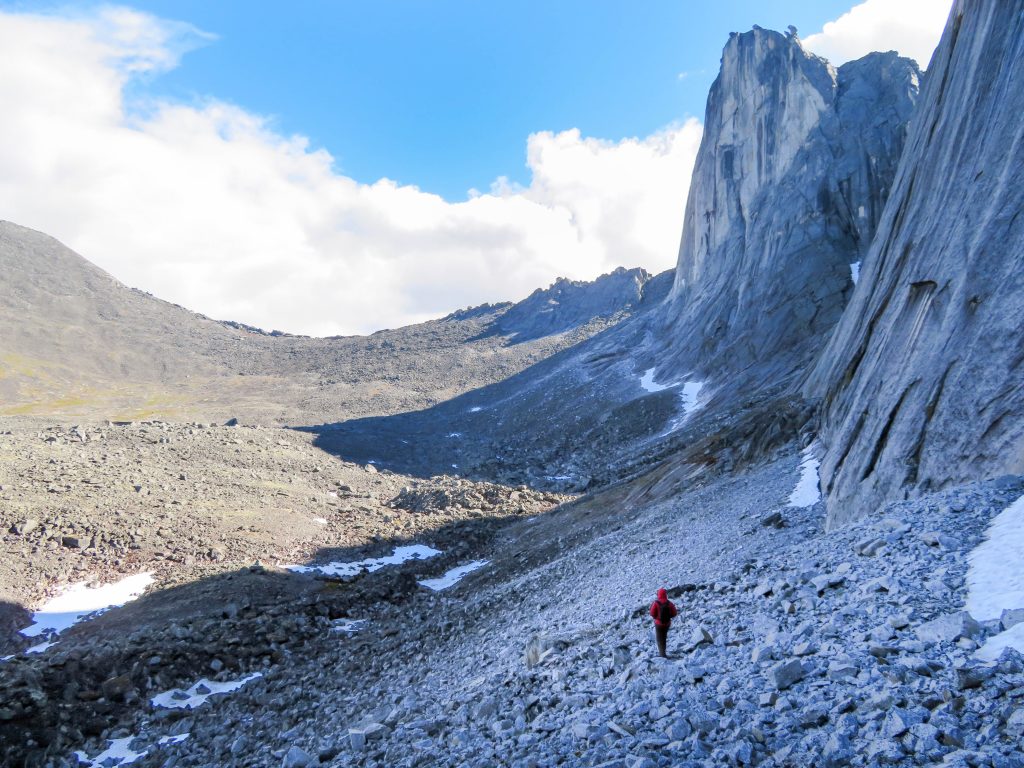 Hiking back. The low point on the left is the long way approach option from our camp. We opted to go up the shitty gully (just visible on the right of the faint rock ridge) on the way back. Four boulder hopping hours to camp (Aug. 2018). 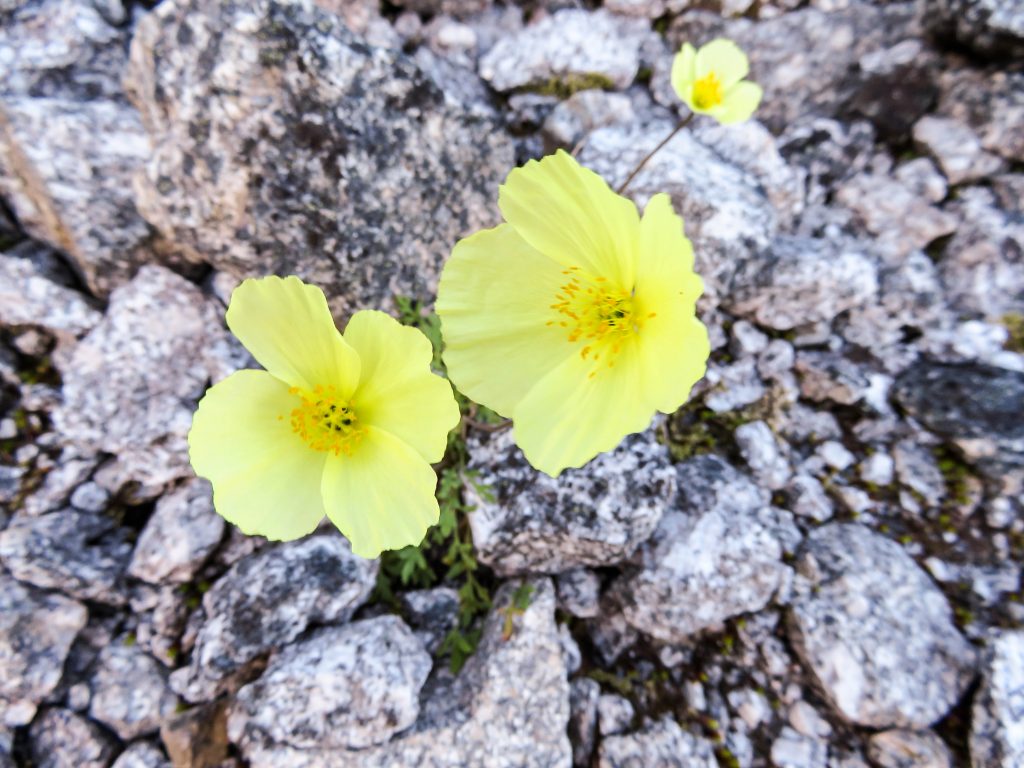 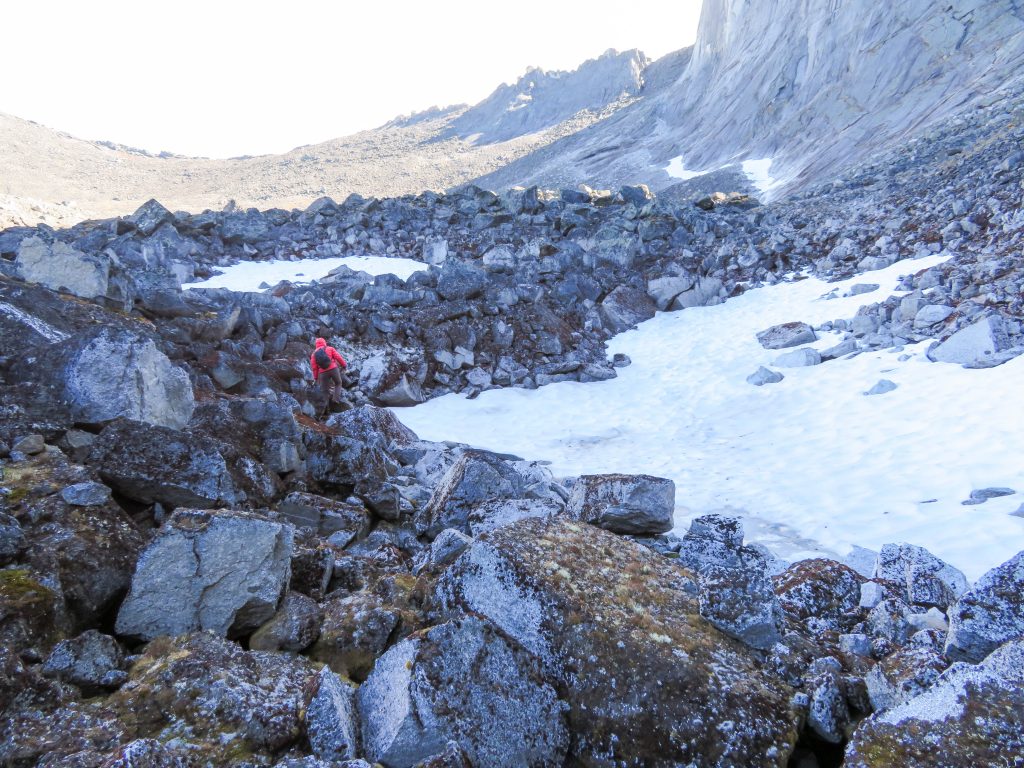 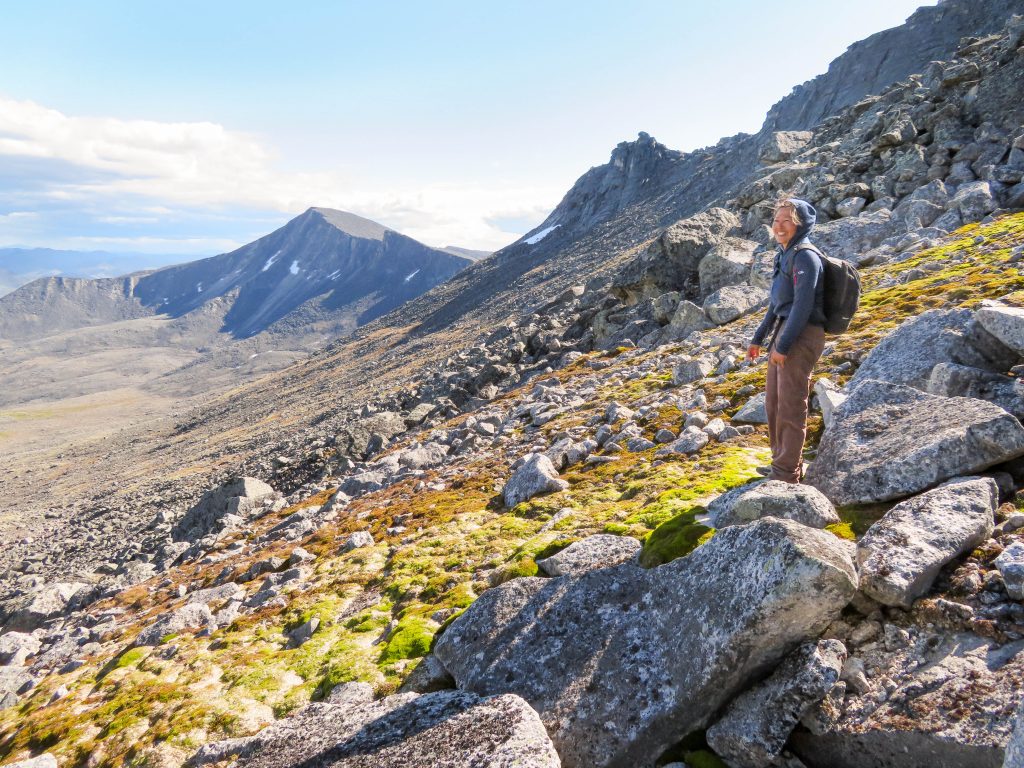 In the valley above/beyond the shitty gully on our way back. The second pass is the closer low point on the right (Aug. 2018). 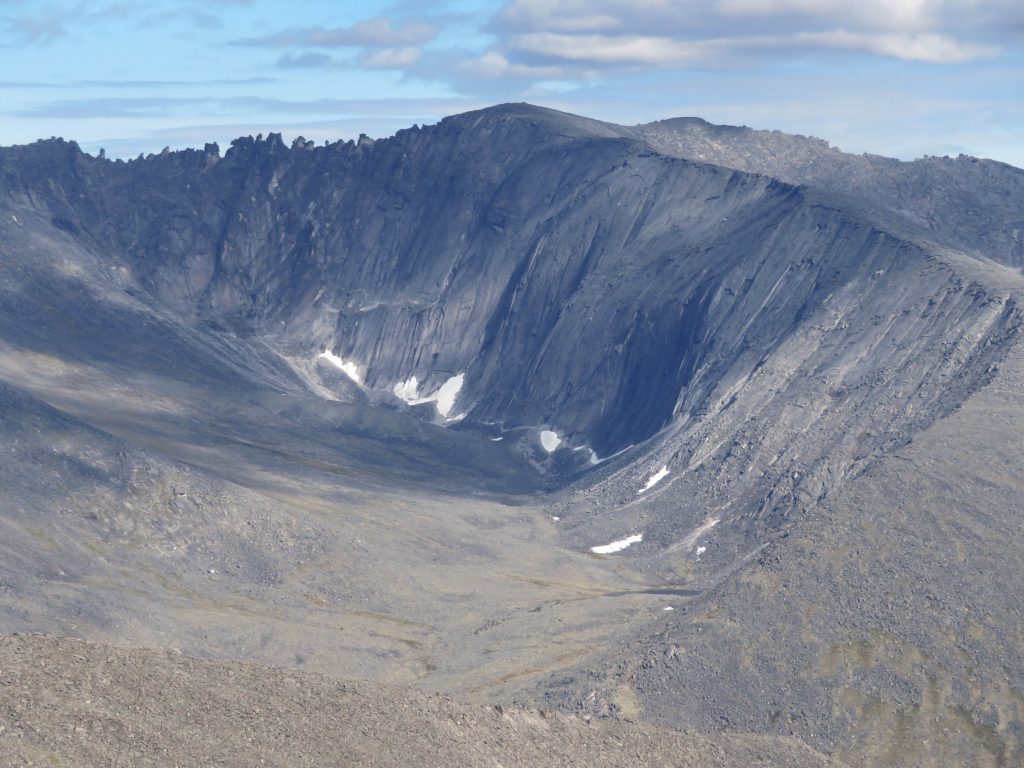 Close up of the distant Finger Crack Cirque. Our plan was to hoof it in there and overnight it the following day (Aug. 2018). 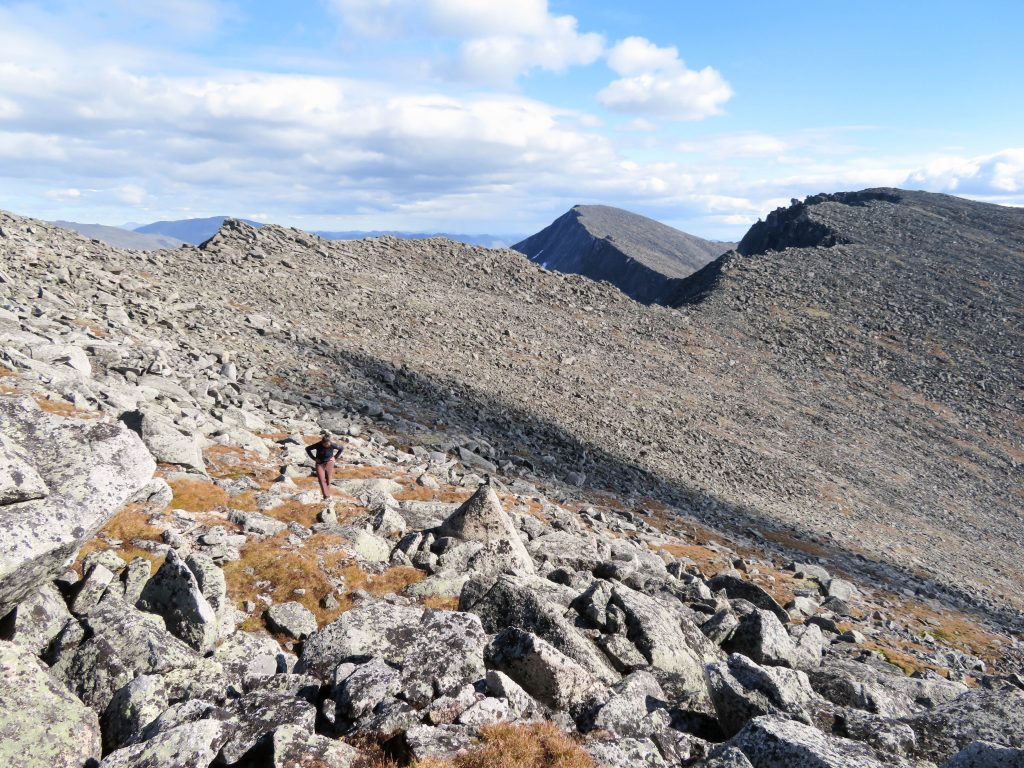 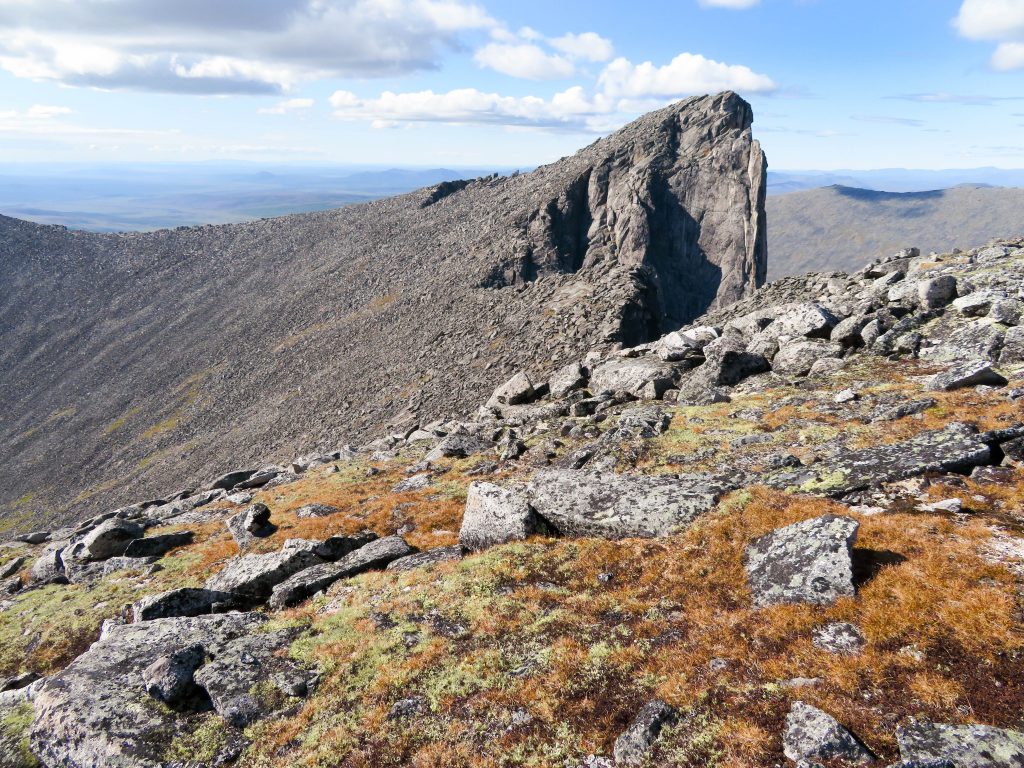 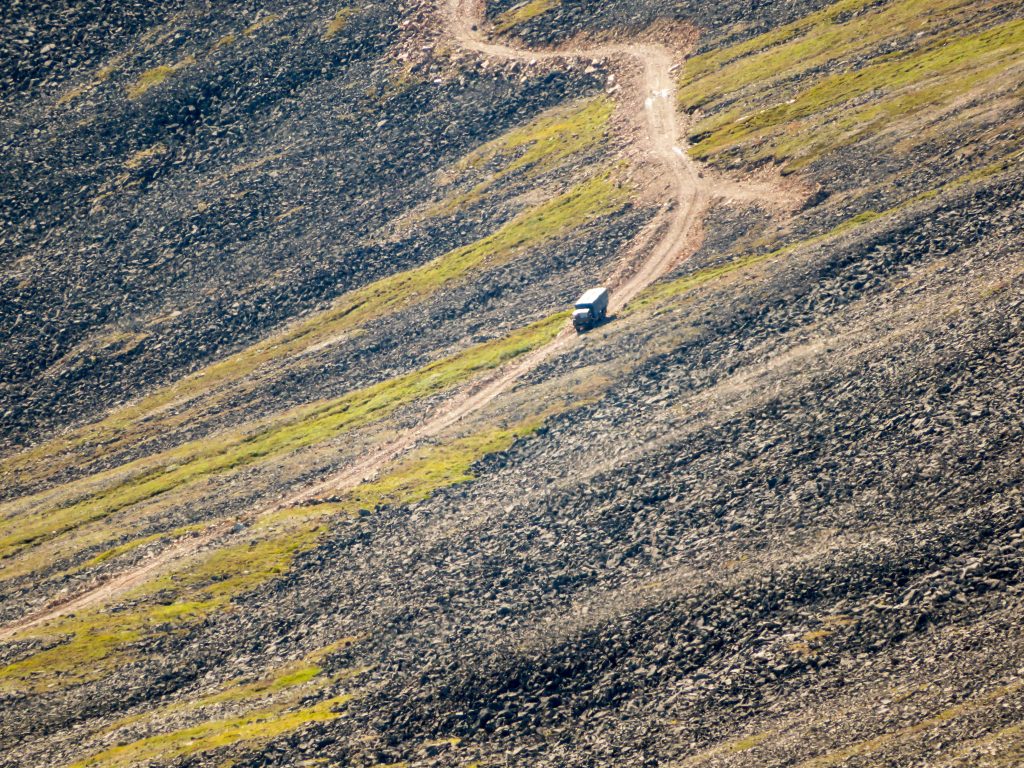 Who’s there?! We saw this truck driving in towards our camp as we crested the second pass…still had about two hours of hiking till we’d find out (Aug. 2018). 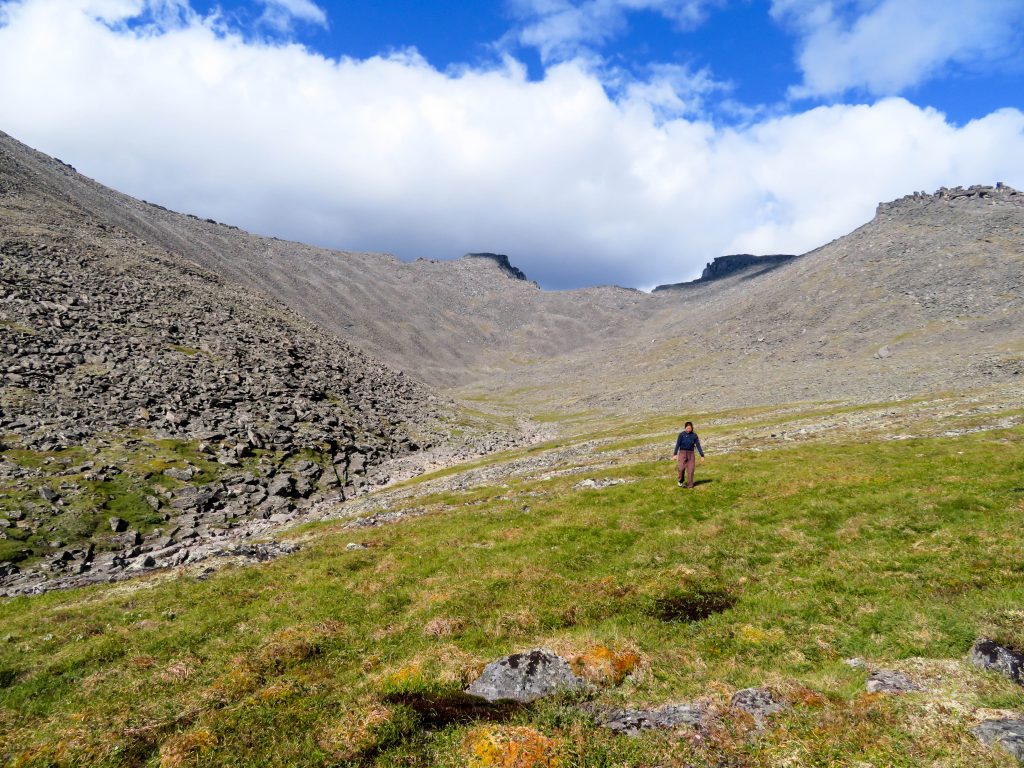 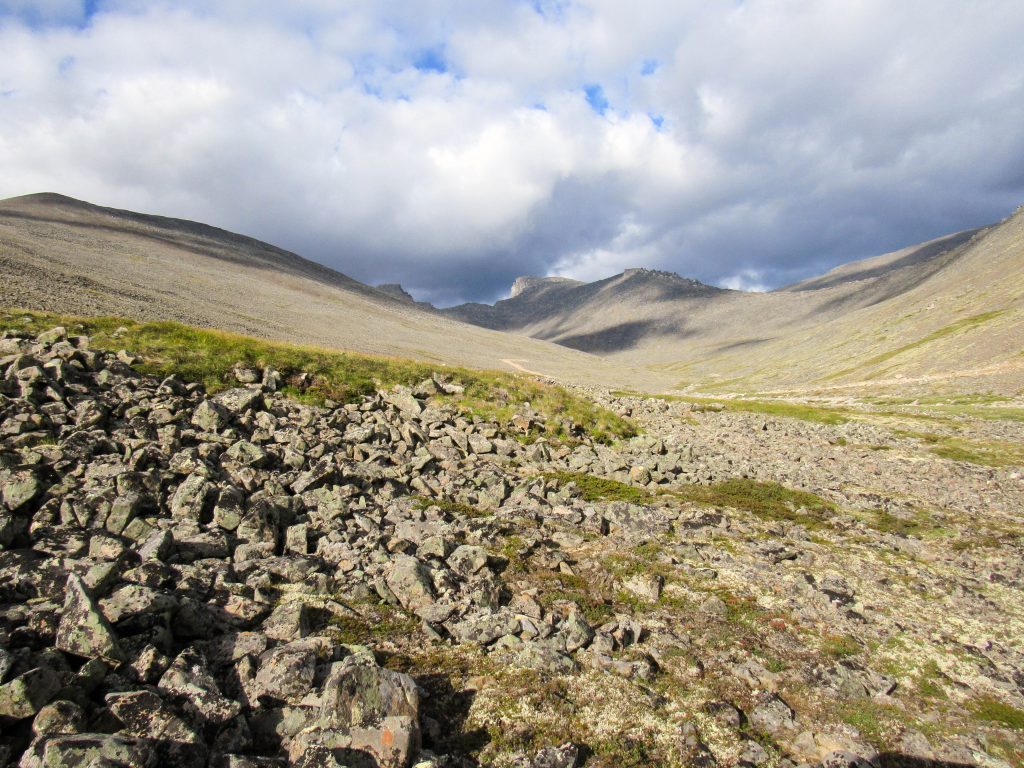 Clouds building over the cirque once again (Aug. 2018). 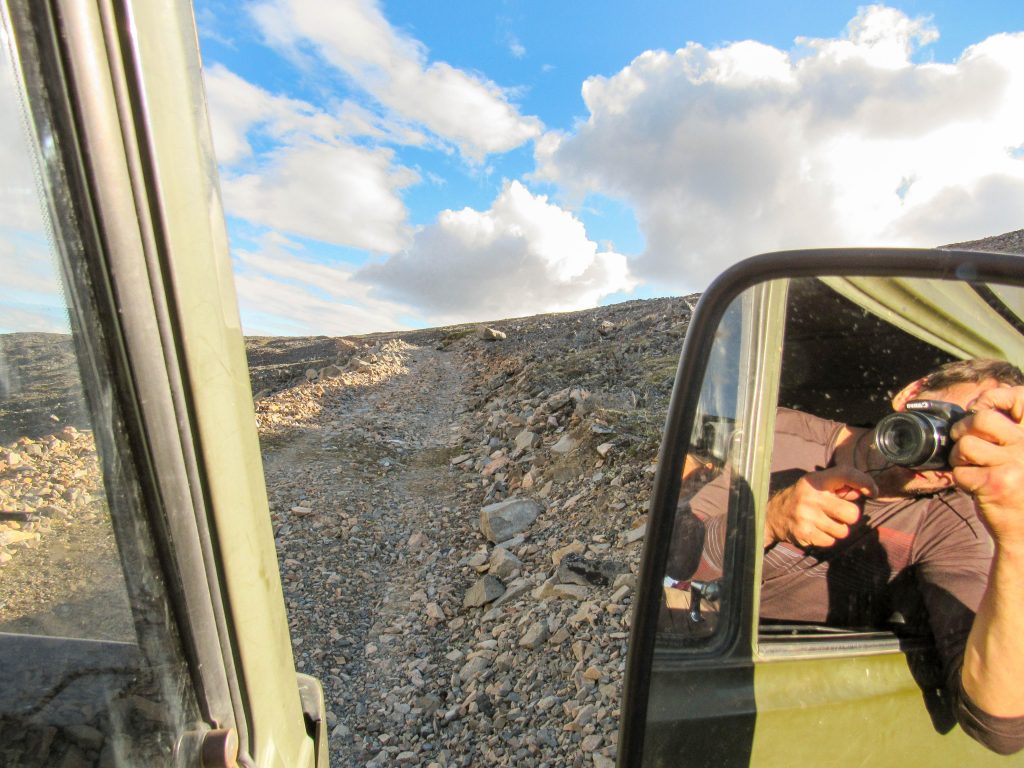 And thus our time in the mountains was ended prematurely (Aug. 2018). 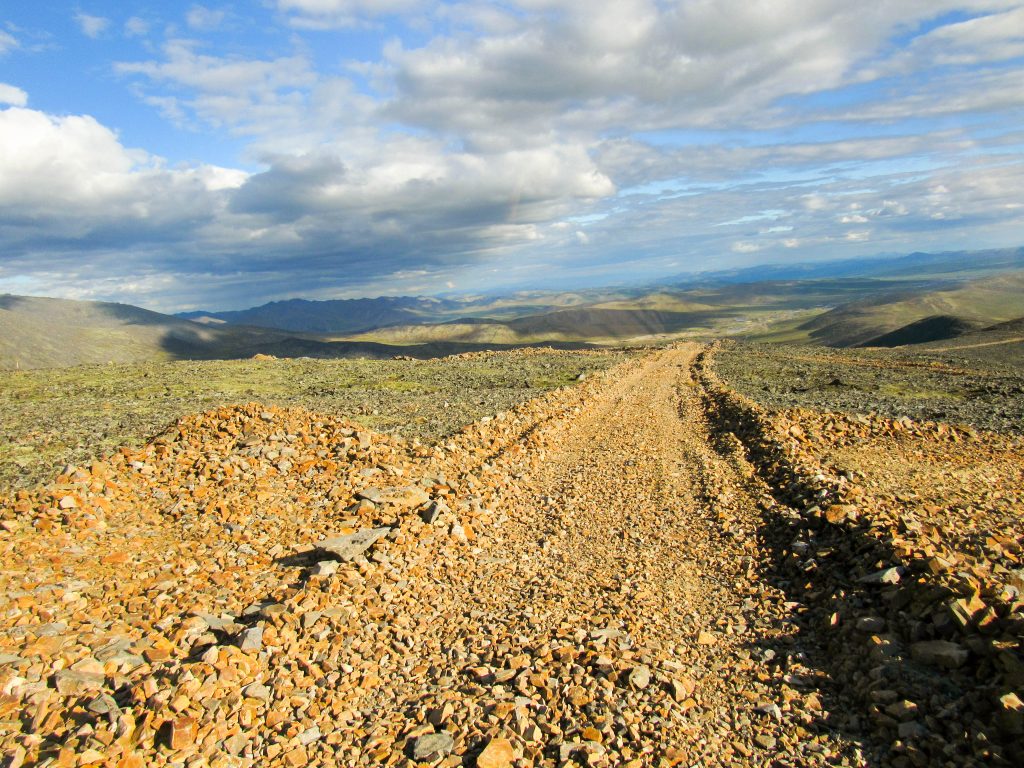 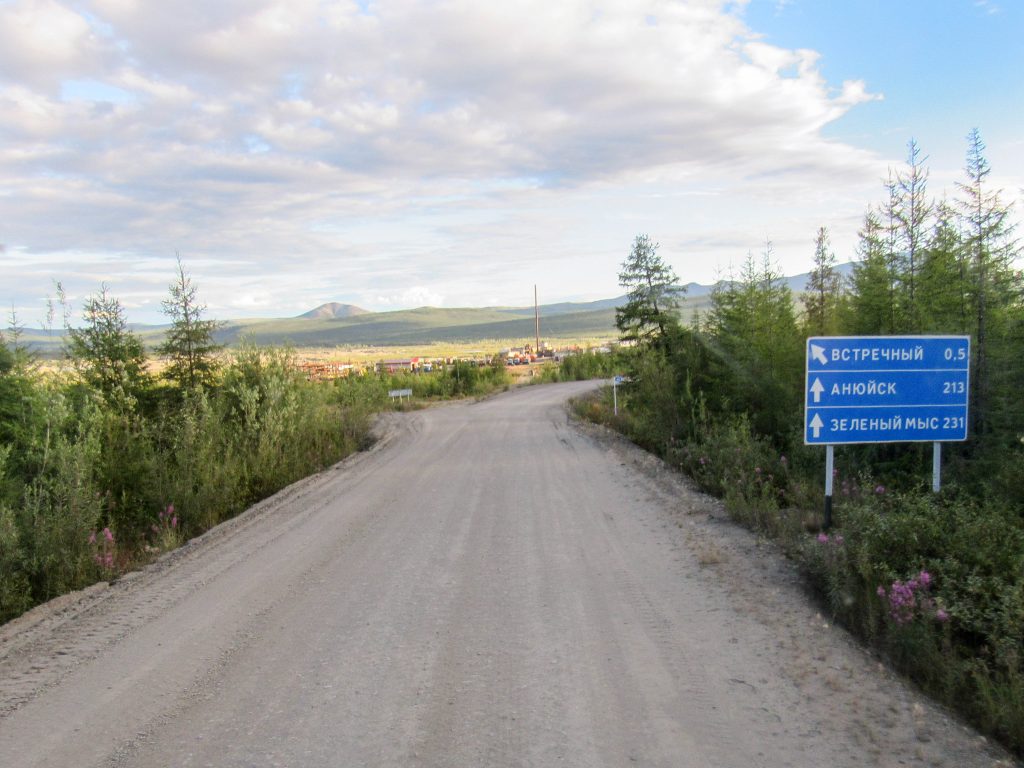 Go to Fishing In Siberia.
Go back to Russia.