A Couple Of Spanish Crags 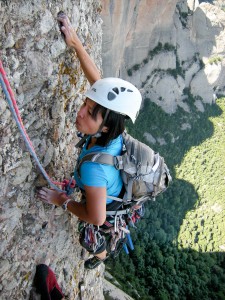 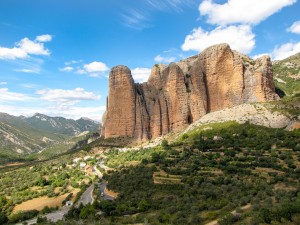 Although we were supposed to be 1500 miles to the north, Shirley & I once again found ourselves driving-while-jetlagged from Barcelona towards Huesca in northeastern Spain following a longish series of flights from Portland. It was a combination of factors that made us change our plans for that week. First and foremost was the fact that during our last visit to Riglos, the weather had been shitty and we did not even get a chance to try some of the routes on our “list.” Second was the fact that the place intimidates me – a lot! Steep to overhanging face climbing with sometimes sparse bolting – exactly the kind of stuff we’ve managed to avoid as there aren’t that many places in the lower 48 states where multi-pitch climbing of this sort (juggy overhangs) can be experienced. Also, when one thinks of bolted routes, “commitment” is not what comes to mind. 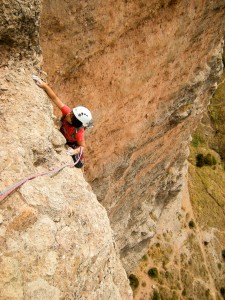 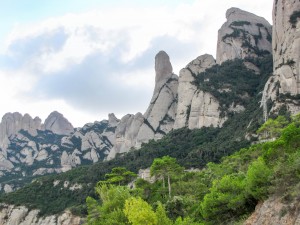 Riglos however is different.  Thousand foot tall faces which overhang for some (Pison) or all (Visera) of that vertical distance. Bailing from a 20 degree overhanging multi-pitch route would not be fun. Even, bailing from a vertical route that consists of a series of deep bulges (“panzas”, or “bellies” per local guidebook) was challenging as we found out on Chooper route back in May when it started to rain on us. It should also be noted that there are very few routes (on the main towers anyway) that clock in below 5.11 (~6c French). Yes, there are some old school routes that get a lower rating.  However, after a scary dislodged chockstone near-miss last May, we were not going to touch anything smelling of looseness or resembling a chimney in Riglos. All these factors scared the shit out of us and the more scared we were, the more we wanted to climb there again. 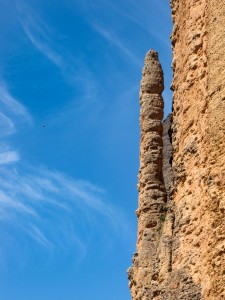 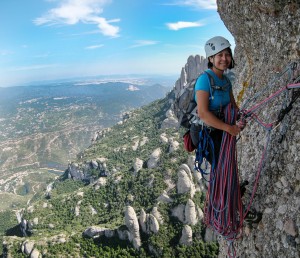 This trip was also our first exposure to Montserrat. We had a wonderful time climbing the well-protected Punsola Reniu route on the very proud looking Cavall Bernat tower. We’d go back there in a heartbeat, especially since the food in Catalonia is generally excellent. 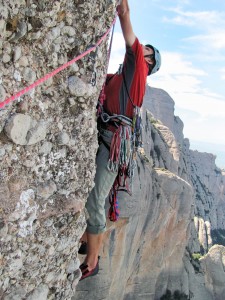 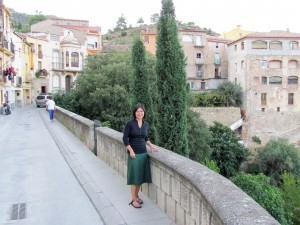 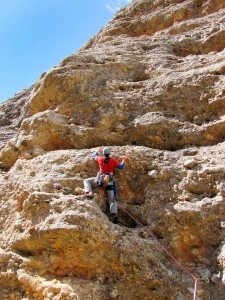 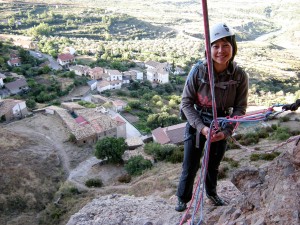 For some basic Riglos logistical info., you can check out our bs from the first trip.
For Montserrat, we found one guidebook in two volumes (south and north faces) in Spanish:

We found some cheap motels (<40 Euros/night for 2 people) in the town of Manresa, just at the foot of the mountain. For what it’s worth, the food in Montserrat area (Catalonia) is very good! Cannot really say the same about the food in Aragon – sorry, just a personal opinion. Though the bakeries are great in both places; so if you’re like us, you’ll try to stuff yourself with breakfast before a day out in Riglos. 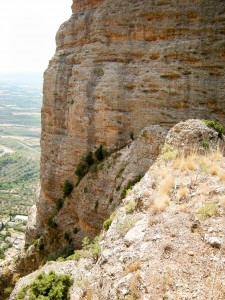 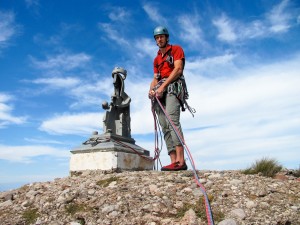 Better guidebooks for both places are now available. For Riglos, I highly recommend Escalada En Los Mallos De Riglos by Felipe Guinda (6th ed., 2011). For Montserrat, this English guidebook is the shit: Montserrat Free Climbs – The Very Best (high five!) by Josep (not a typo) E. Castellnou and Fina Ferret (2015).

Go to A Couple Of Spanish Crags – Part 1.
Go to Europe.