Go back to Euro Sampler – Dolomites page.
Go back to Part 2. 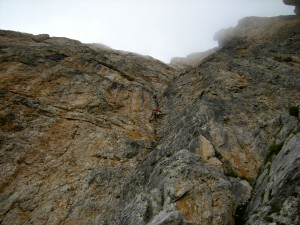 On the 22nd poor weather once again kept us from climbing. We drove around scoping out approaches to some climbs that have recently made our list. The following day more questionable weather brought us back looking for something short at Sella Pass. Though we were planning on doing Tissi on south face of Sella One, a light drizzle steered us to the easier Trenker line next door. Climbing was largely forgettable but the crux 10 feet were very polished and the on/off rain was not helping. As we got back to the car, skies opened up and we were driving back through sheets of rain. 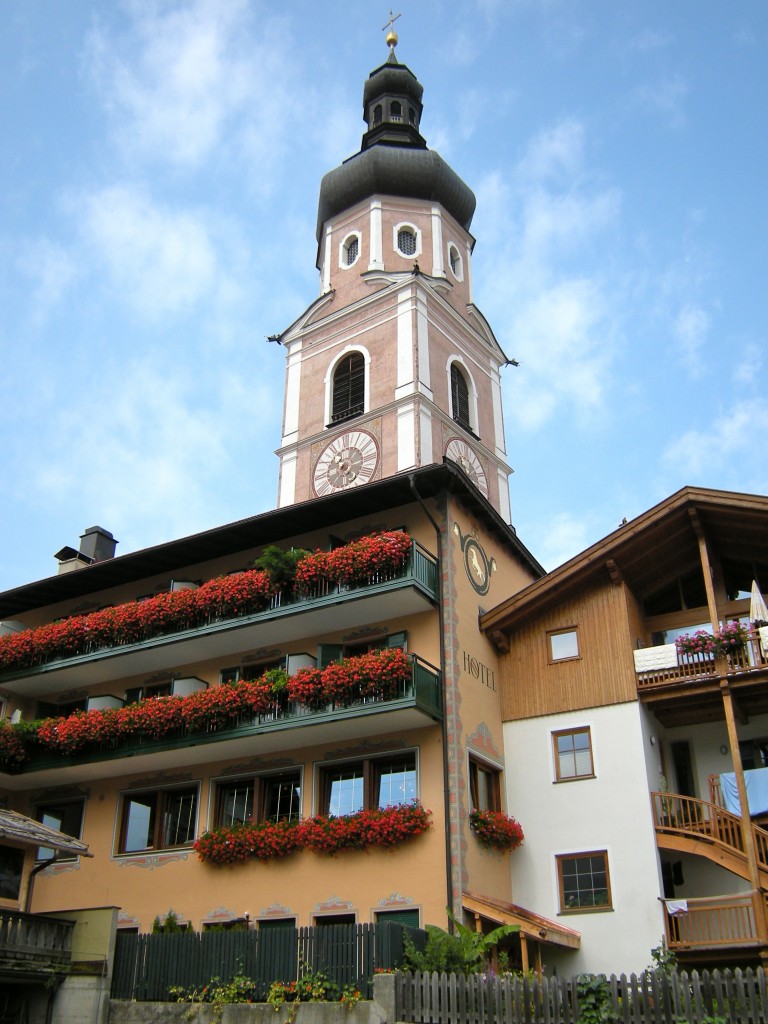 Castelrotto town in the South Tyrol region of Italy. Our home base during the first Dolomites trip (Aug. 2008). 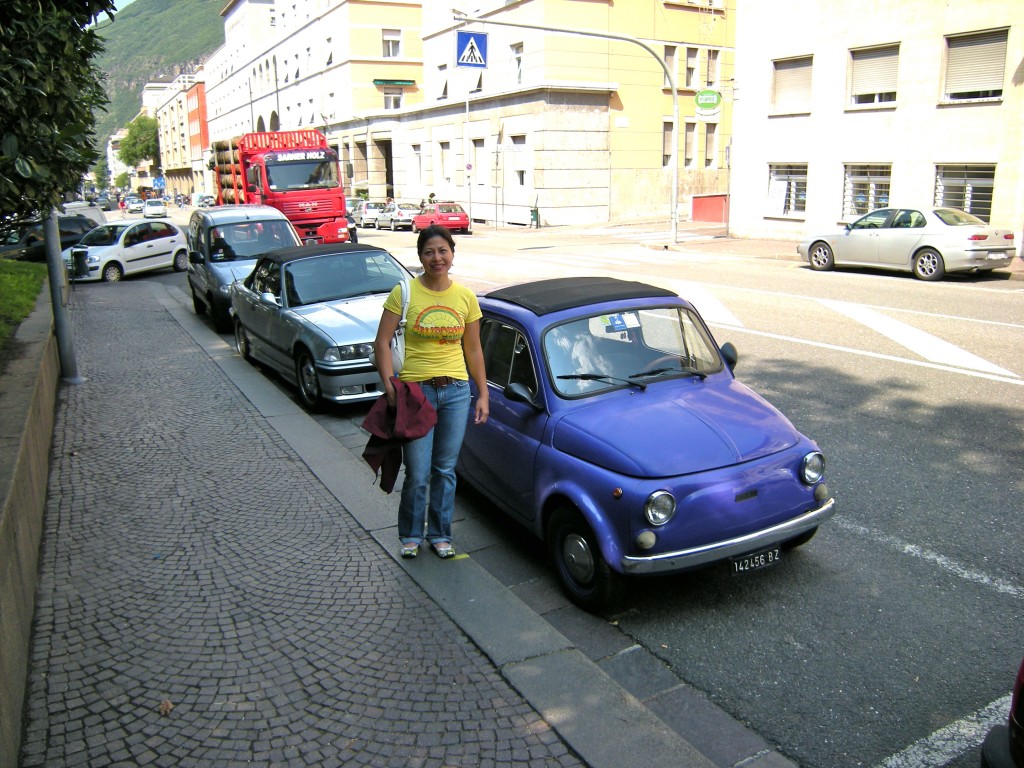 Bolzano in northern Italy. On a marginal weather day we took a drive out there ("gateway to the Dolomites"). Shirley and a mini Fiat? Citroen? (Aug. 2008). 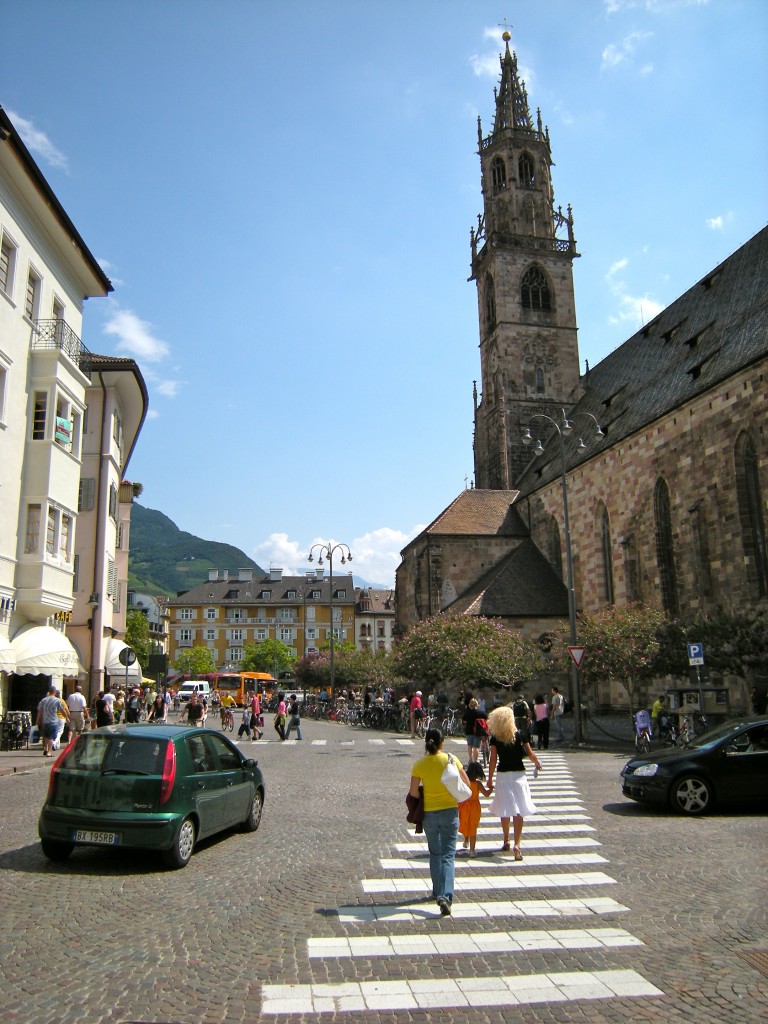 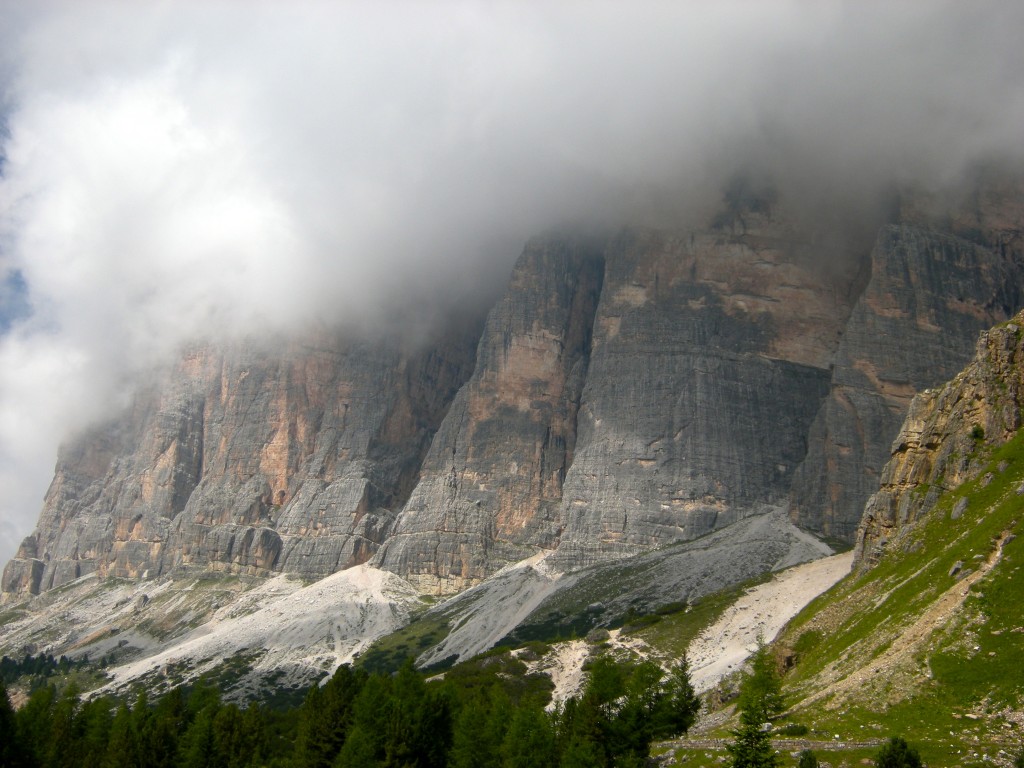 Tofana Di Rozes' south face as seen from Rifugio Dibona. These are the typical conditions we saw until our climb day. South Buttresses 1, 2, and 3 are visible (we'd climb 2 later on the trip; Aug. 2008). 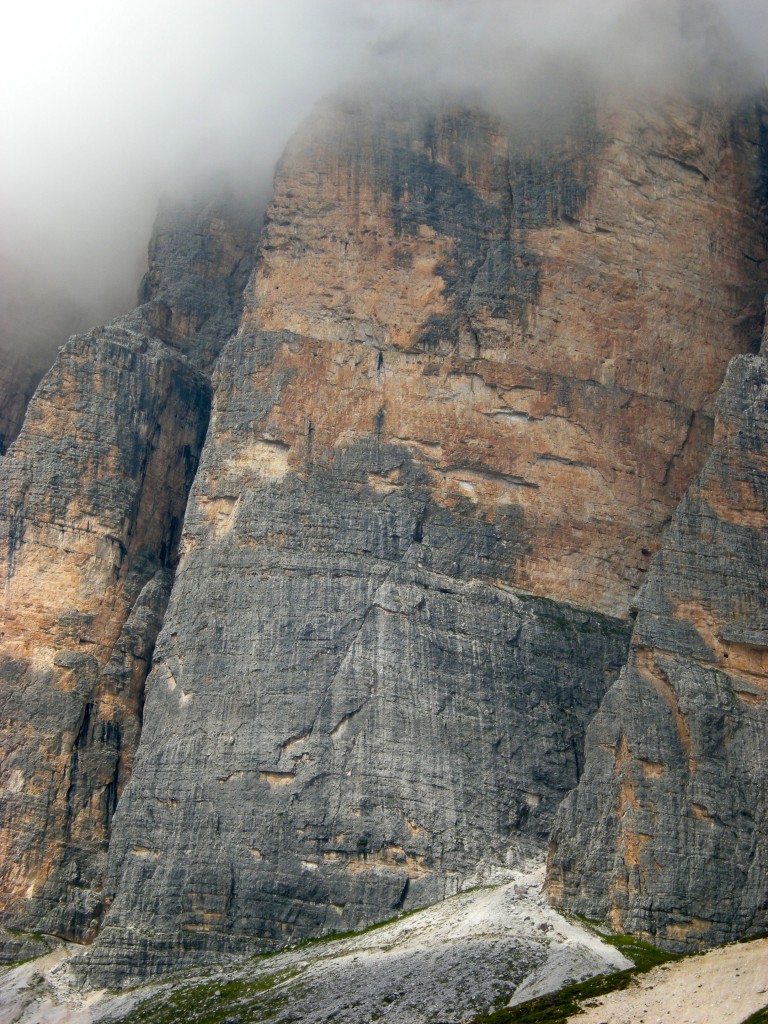 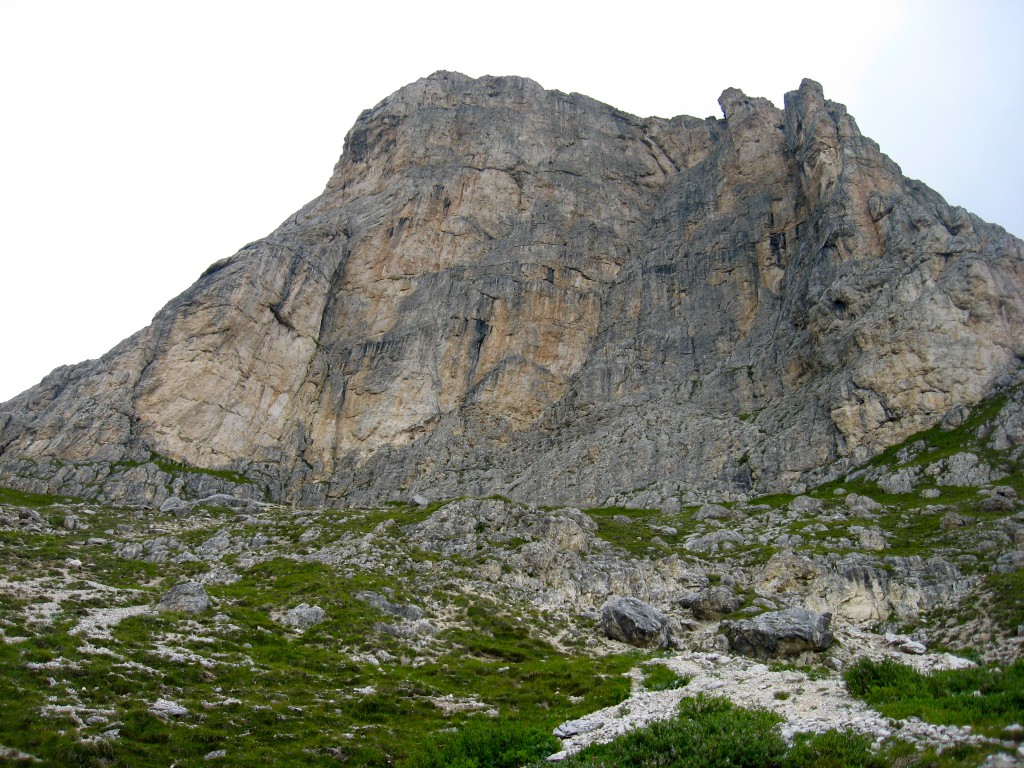 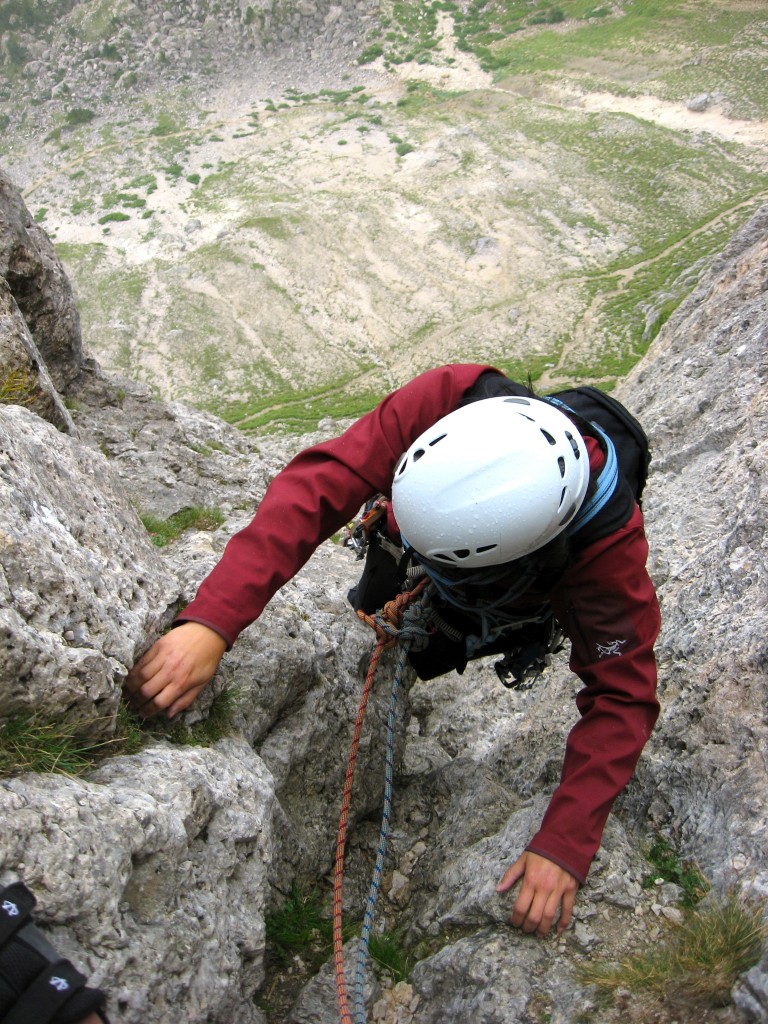 Shirley topping out on pitch 2 or 3 of Trenker...with the light drizzle adding to the alpine ambiance (Aug. 2008). 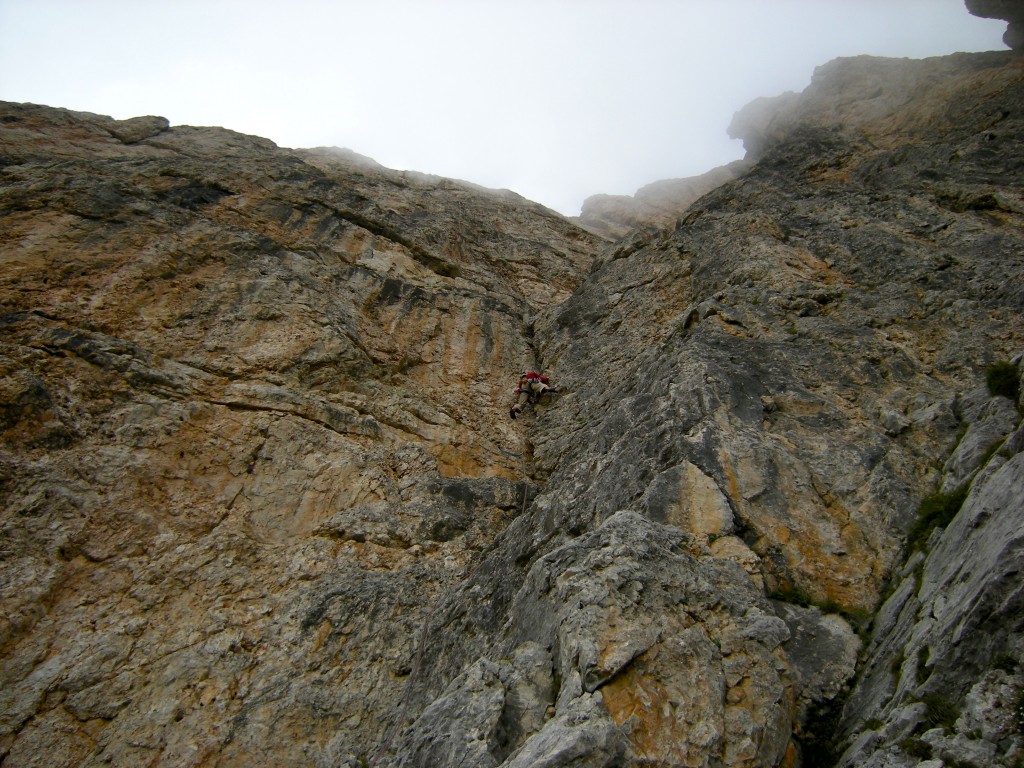 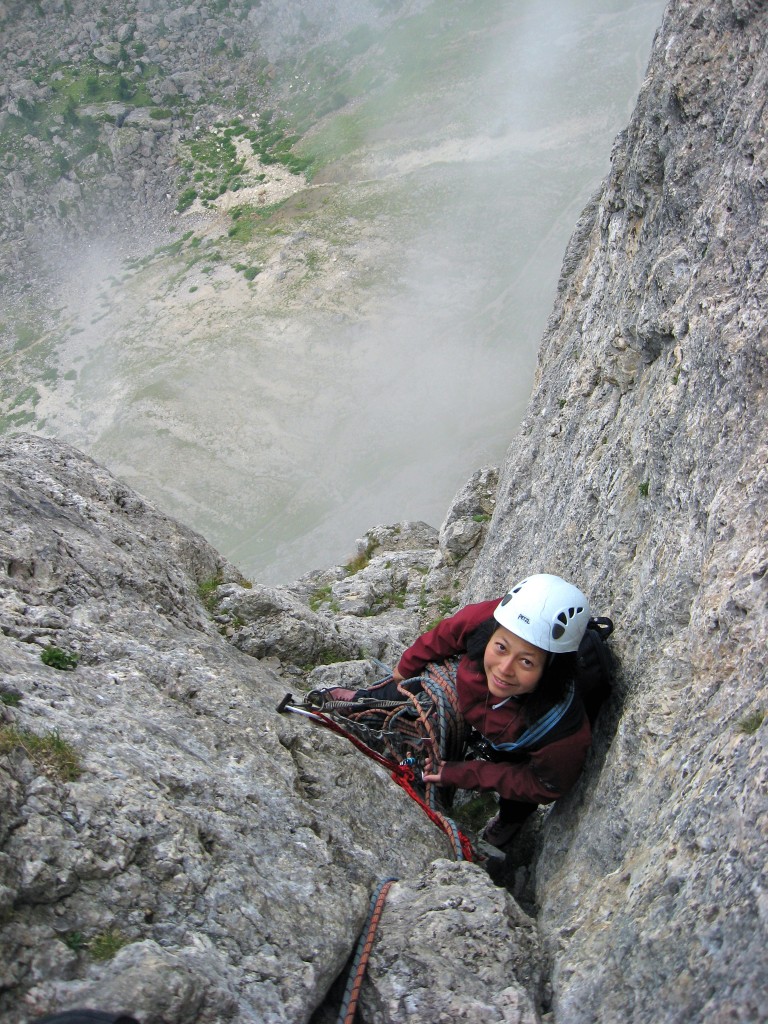 Shirley atop the 2nd or 3rd pitch of the Trenker route on First Sella Tower (Aug. 2008). 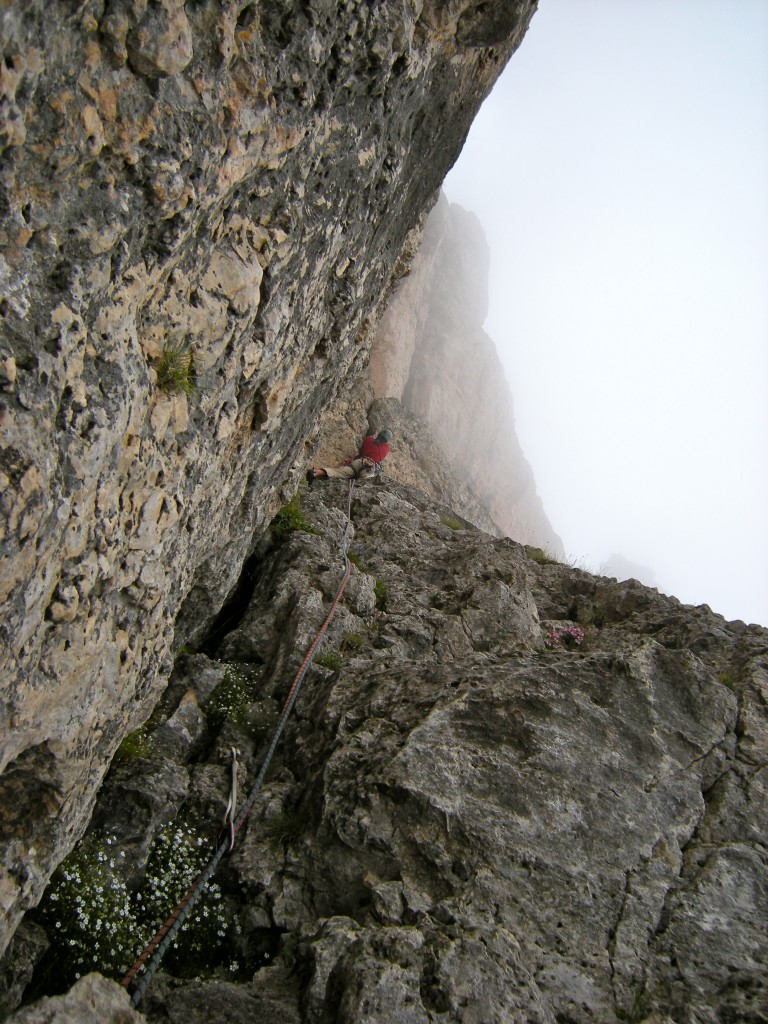 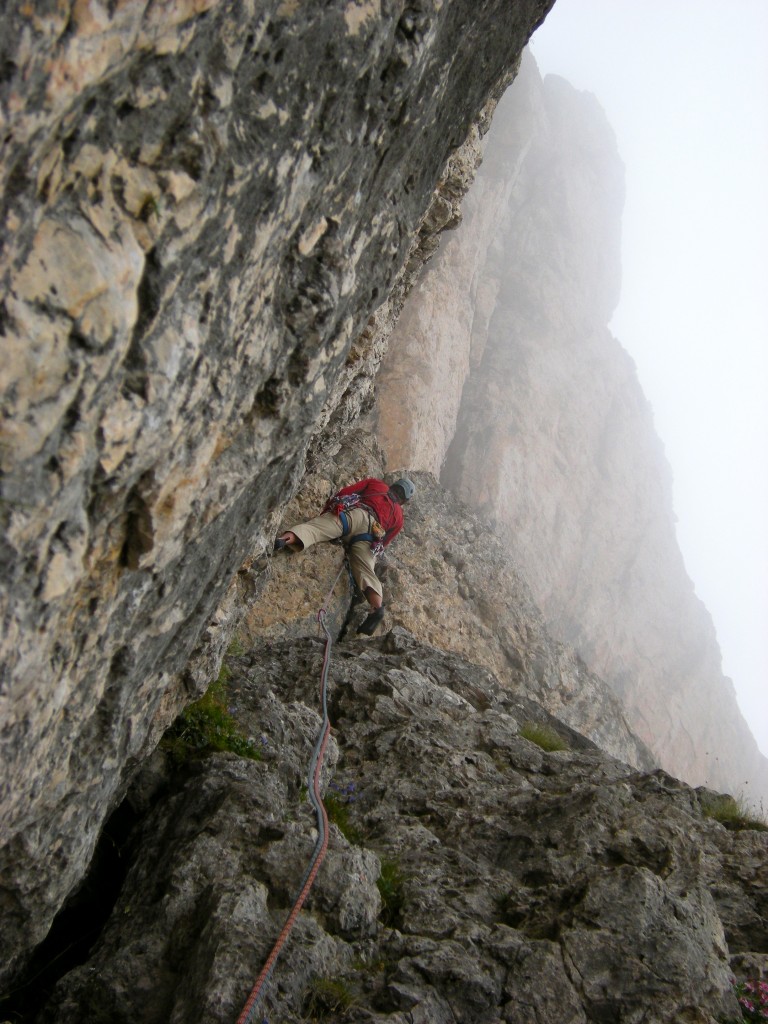 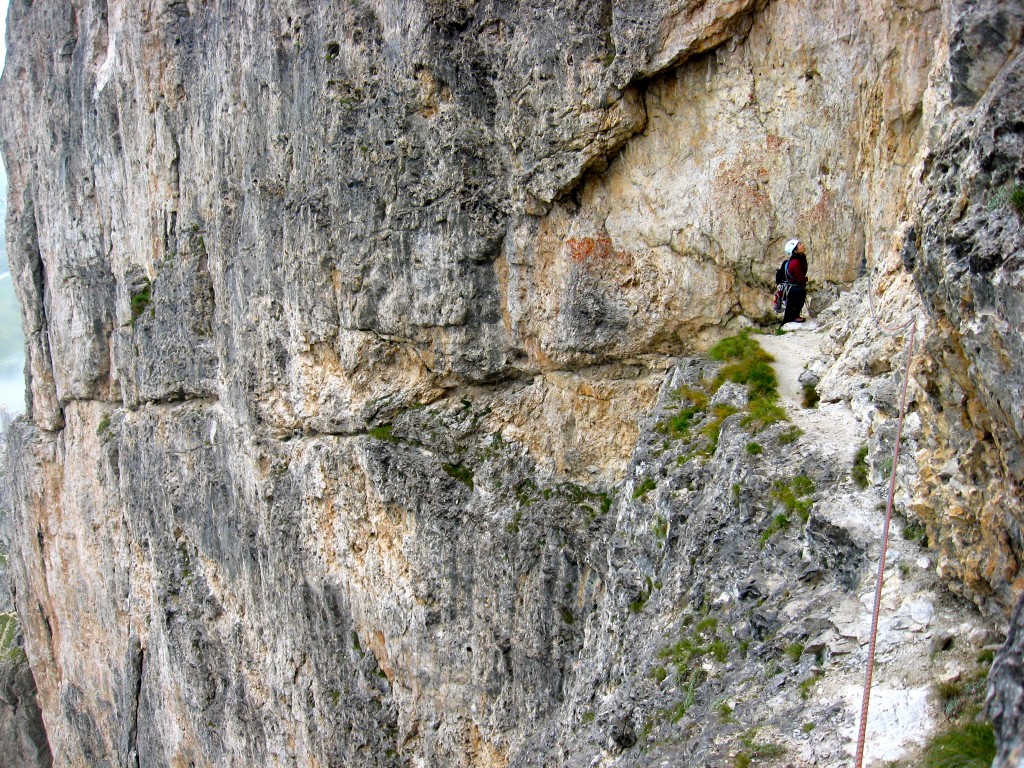 Shirley arriving on the large ledge atop pitch 4 of Trenker route (Aug. 2008). 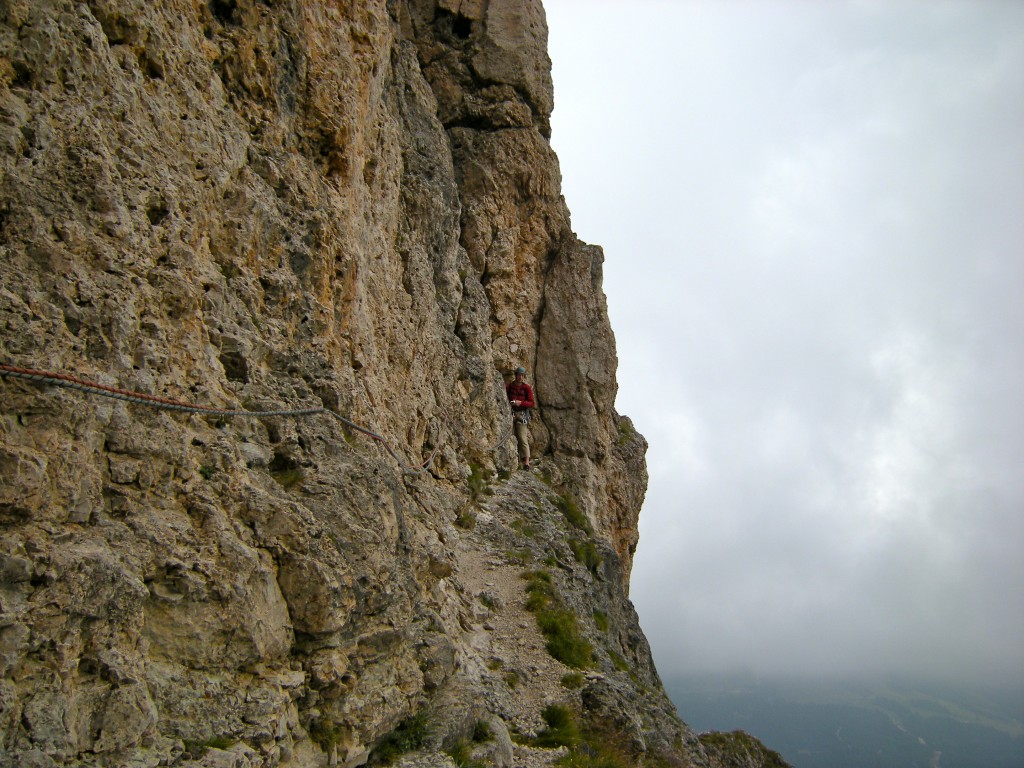 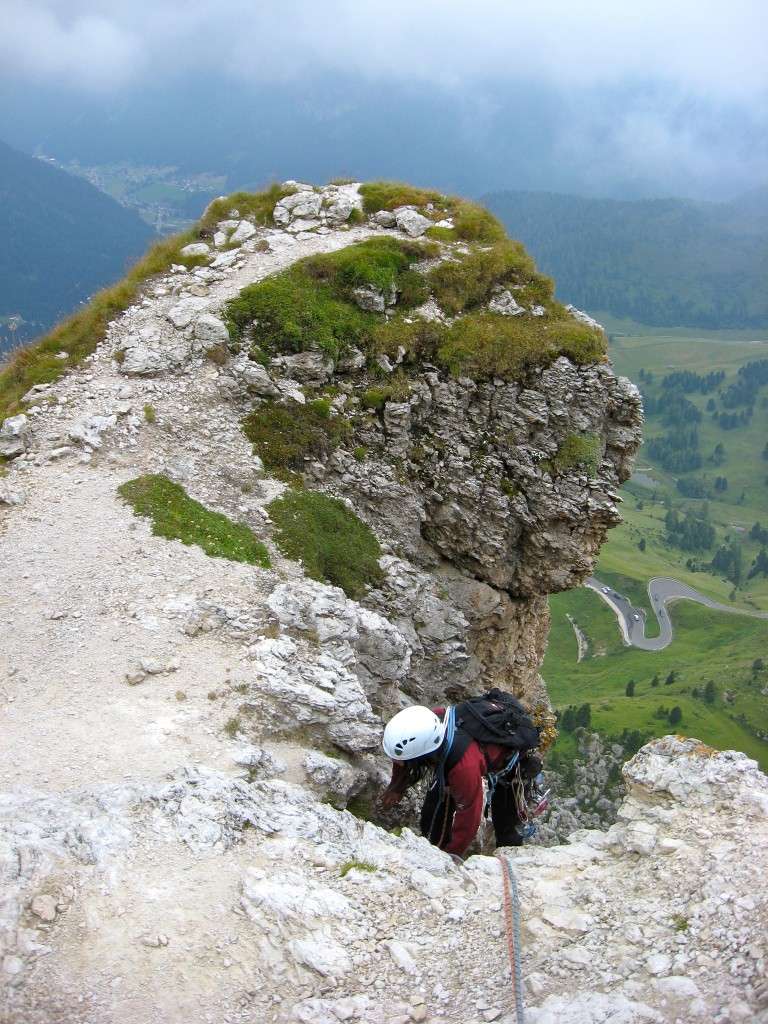 Shirley topping out on the Trenker route on First Sella Tower in a brief paus in the rain (Aug. 2008).

Go to Part 4.
Go back to Euro Sampler – Dolomites page.