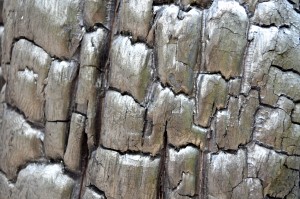 Two for two weekends of getting rained off something. At least this time we got a bit of climbing in. Did the 5-pitch St. Vitus’ Dance (5.9) on a marginal weather sort of Sunday morning and by the time we topped out on the Apron it was drizzling (& raining when we hiked down to the car). Plans to continue onto the upper wall were scrapped in favor of coffee and breakfast. It’s a nice route and a quick way of reaching the upper wall – short approach, not sustained, no delicate slabs just secure and fast crack climbing. 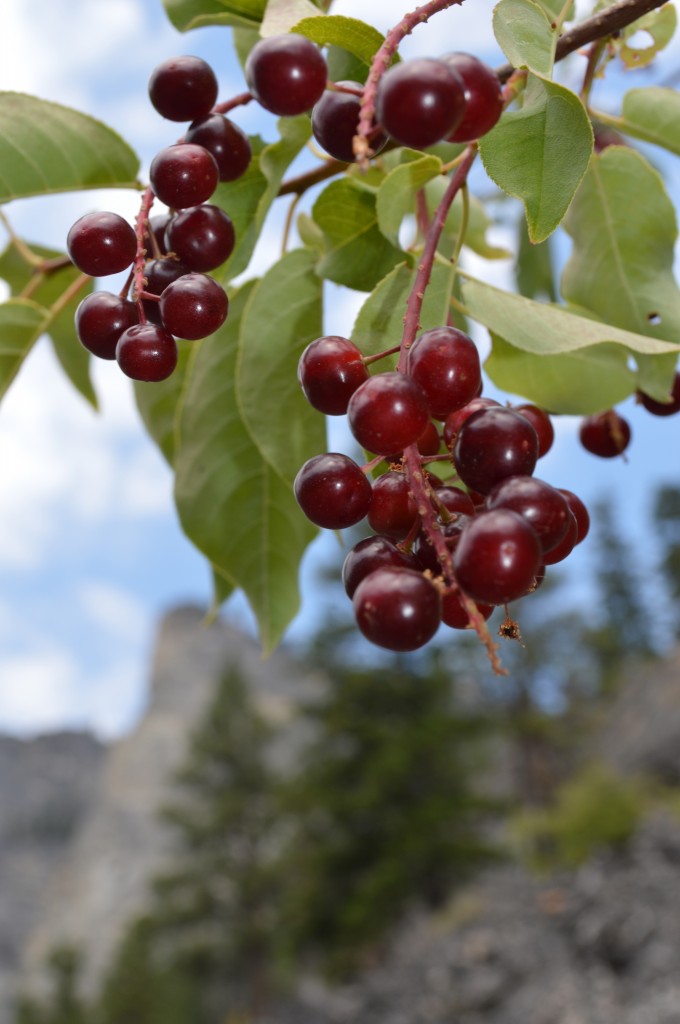 Blodgett Canyon. The Prow formation is in the background (Aug. 2013). 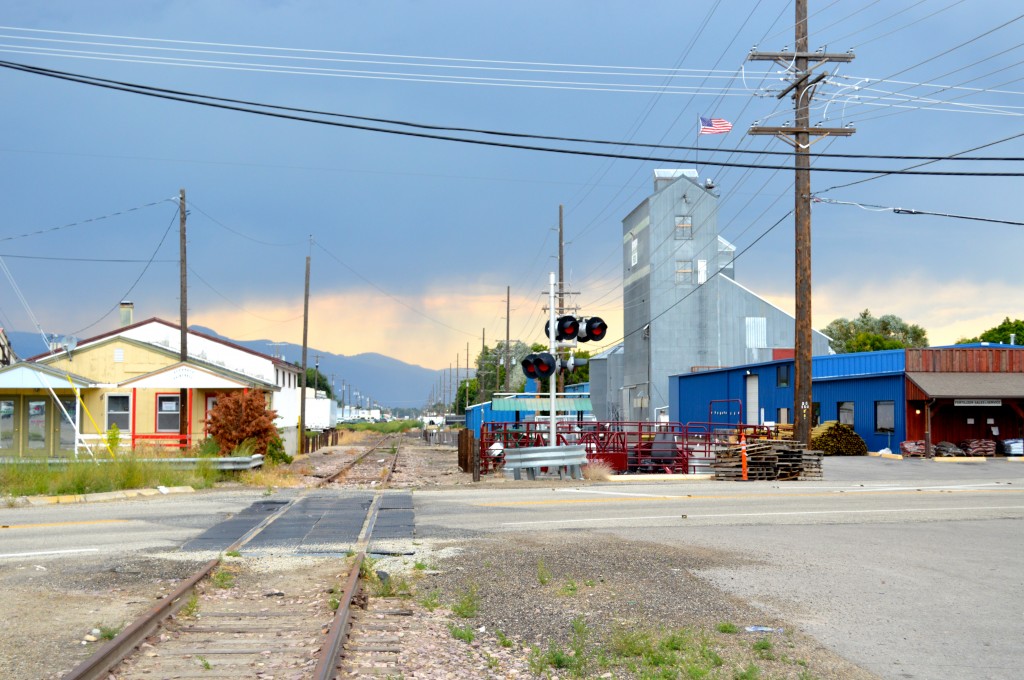 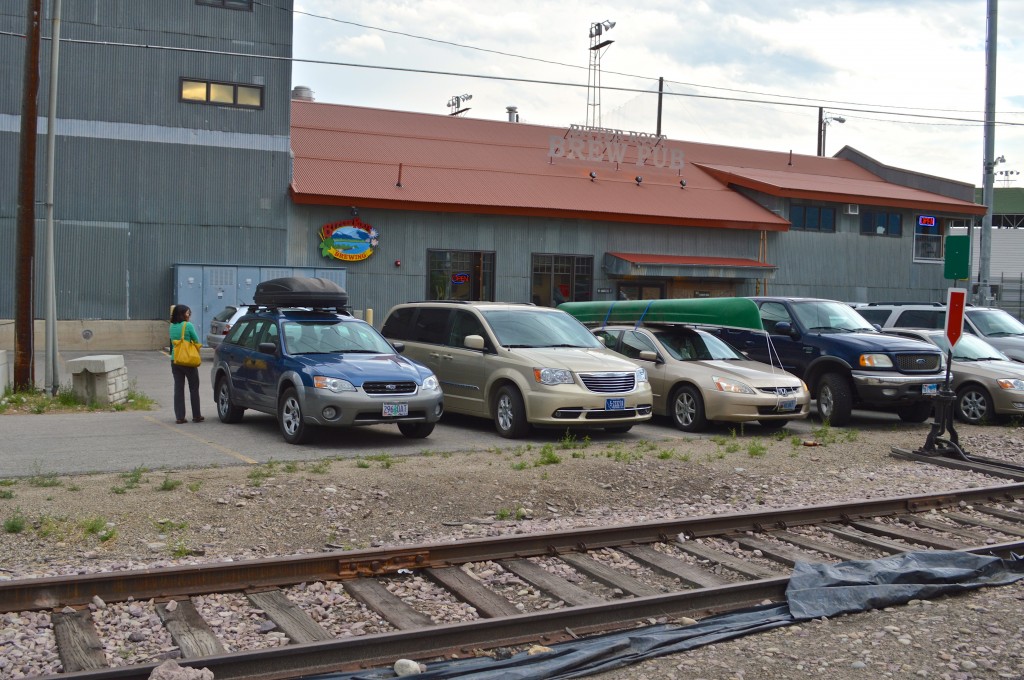 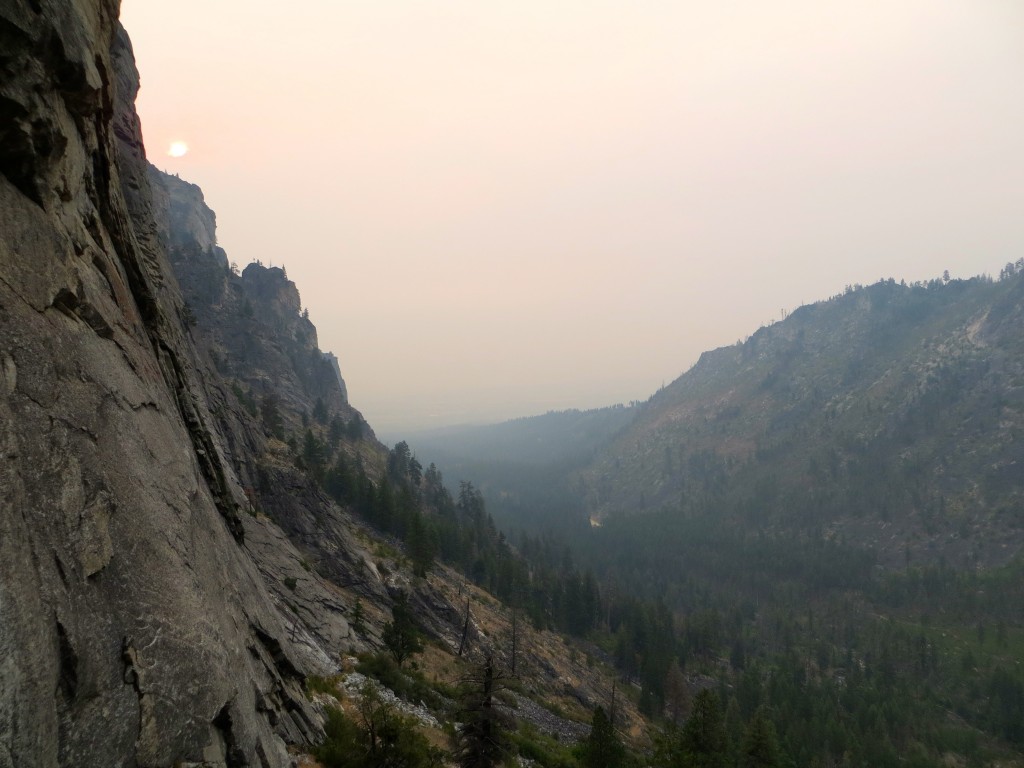 Smokey and soon to be very stormy Blodgett Canyon in Montana (Aug. 2013). 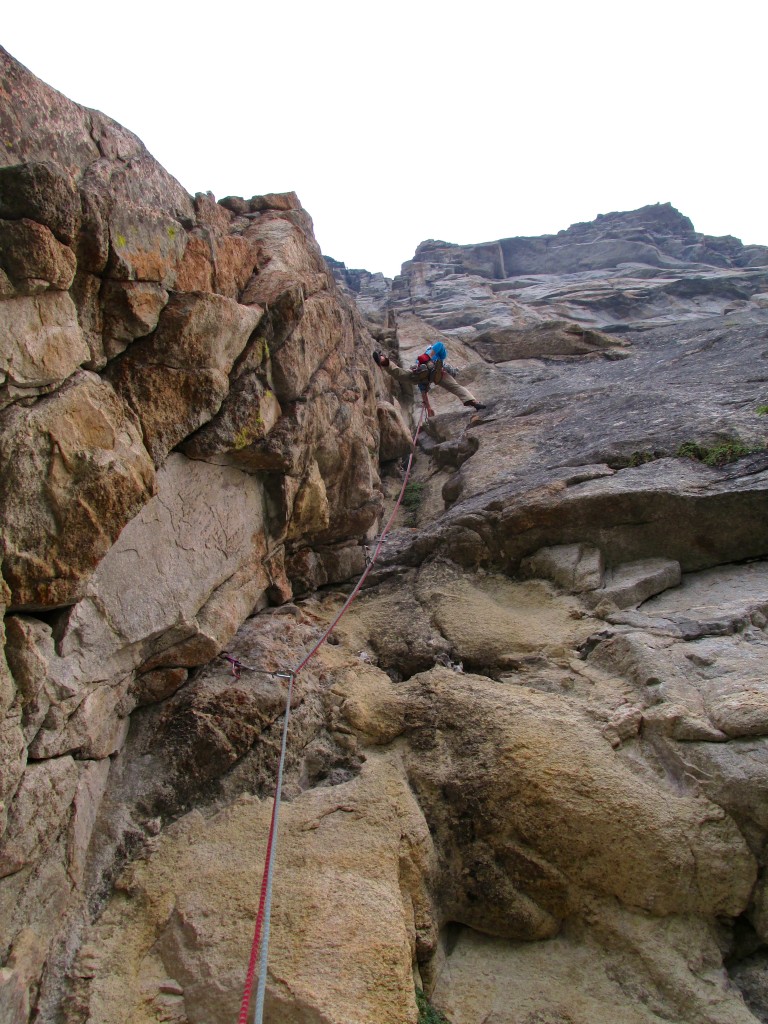 Leading pitch 1 of something in Blodgett Canyon…doesn’t matter what, we didn’t get much further (Aug. 2013). 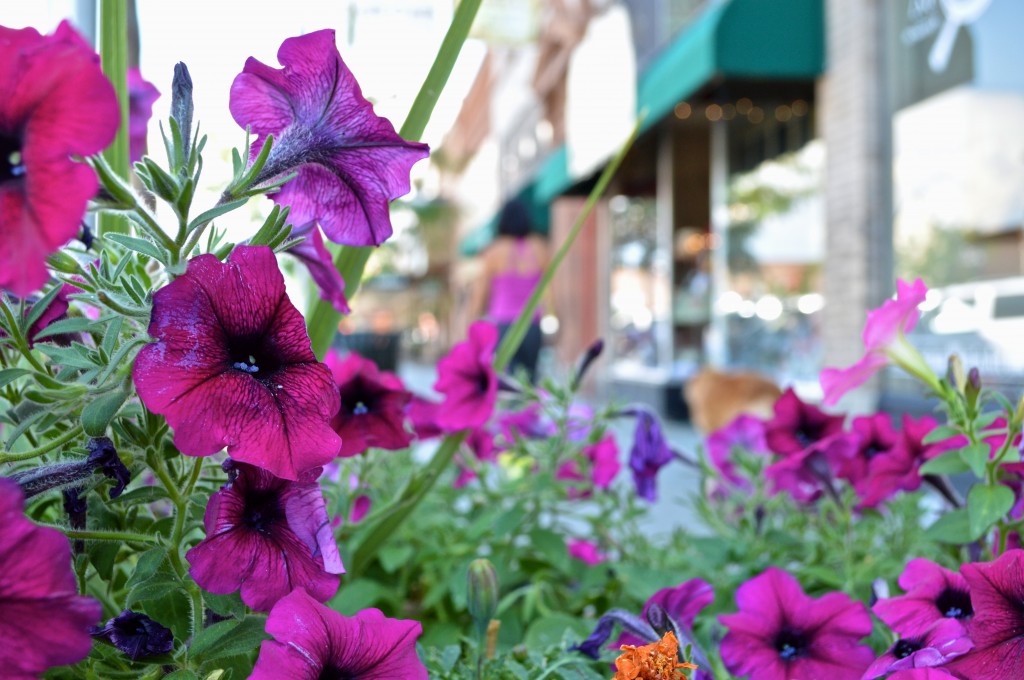 Shirley blending in with the flowers on a street in Hamilton, MT (Aug. 2013). 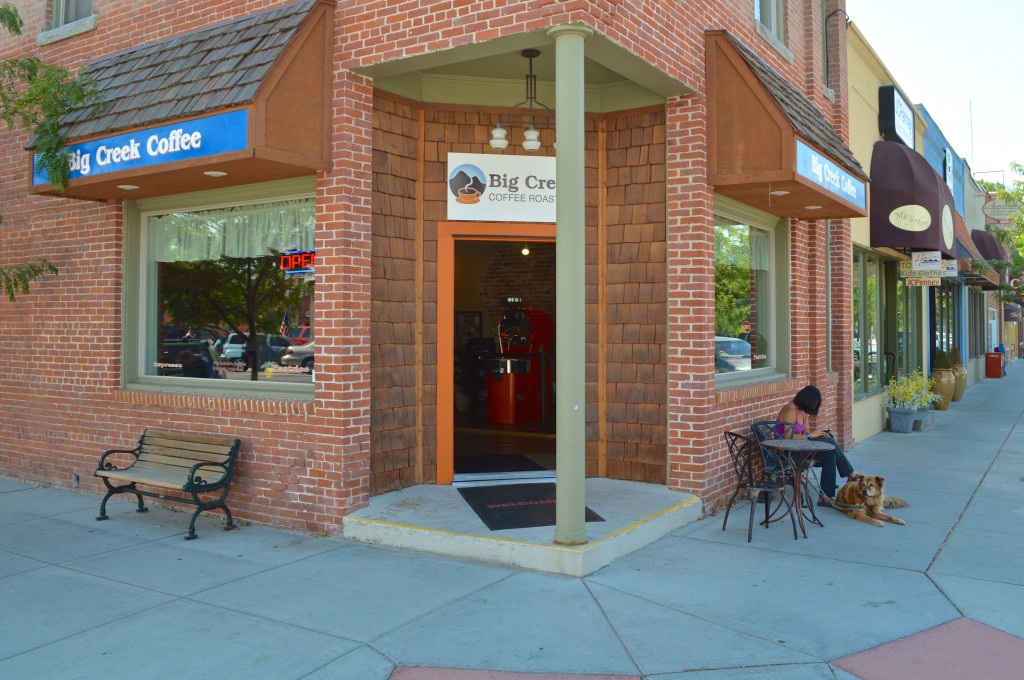 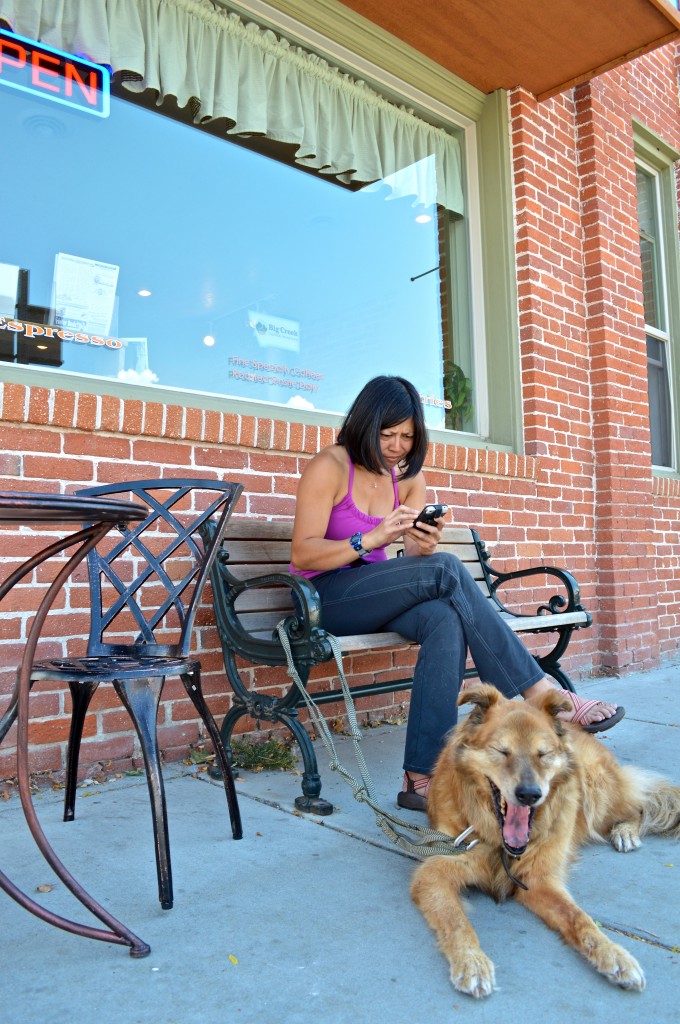 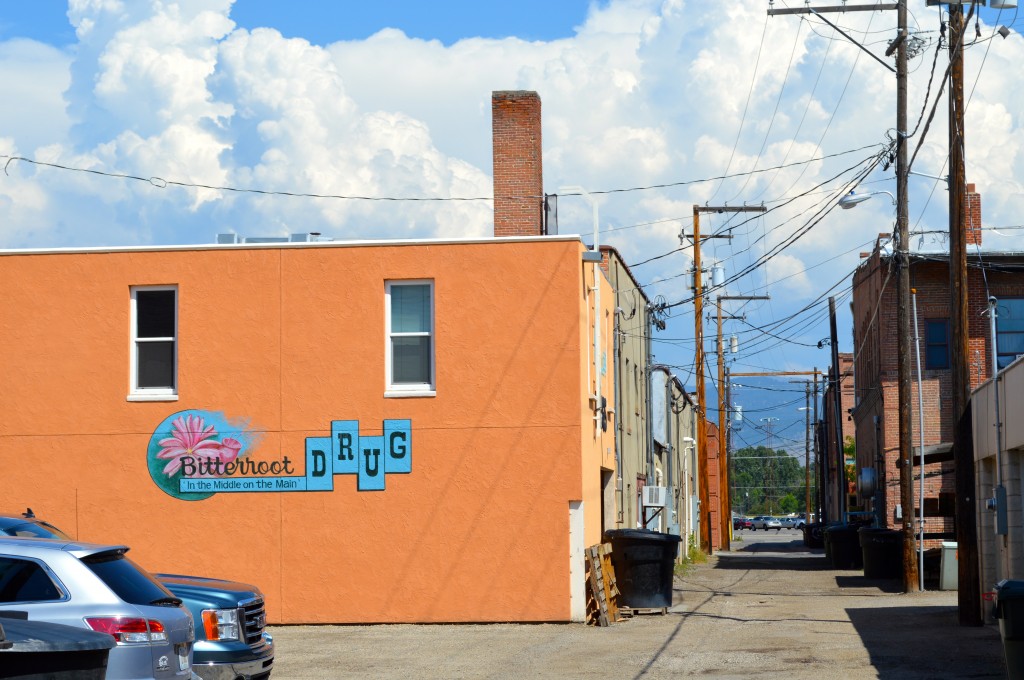 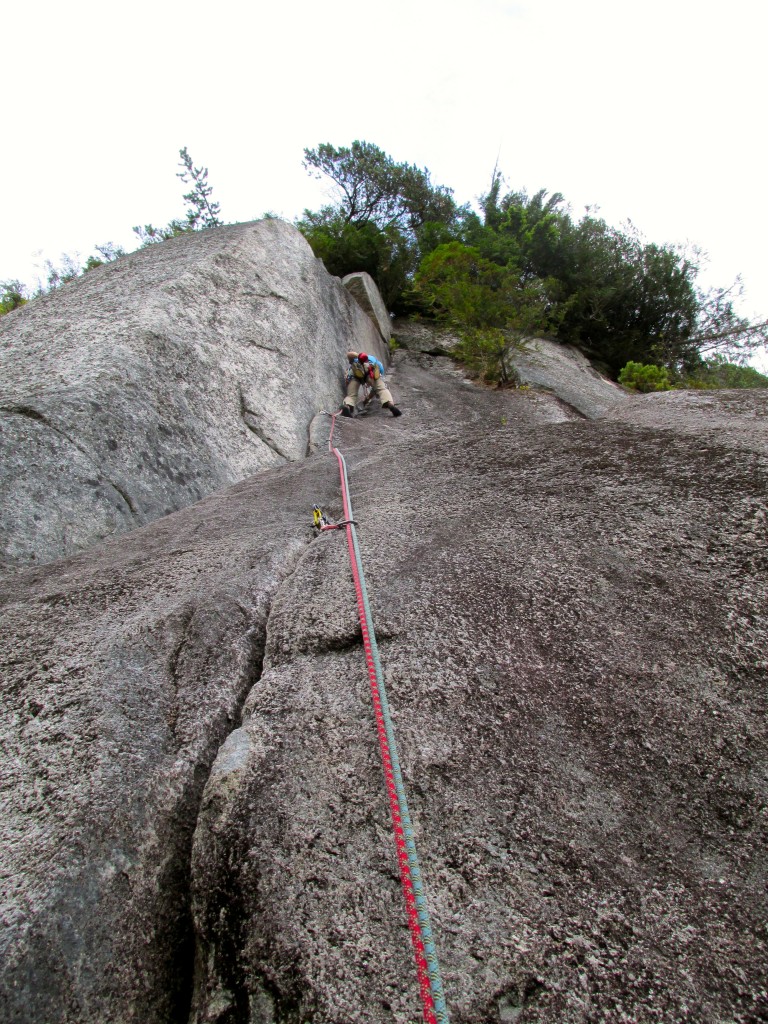 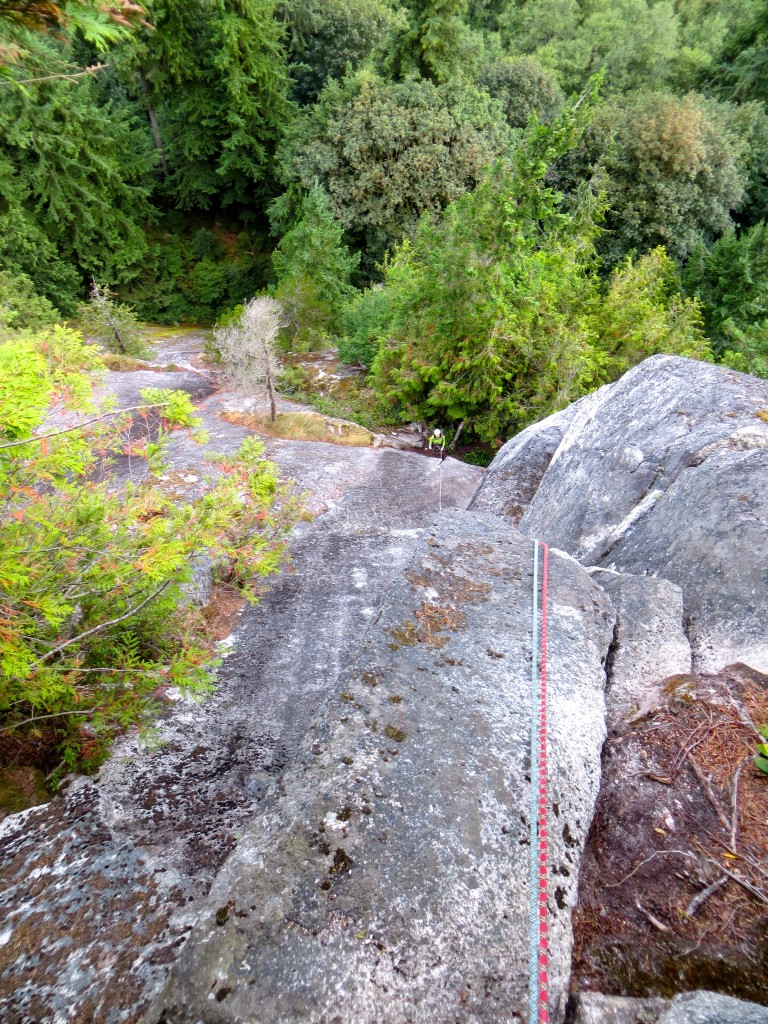 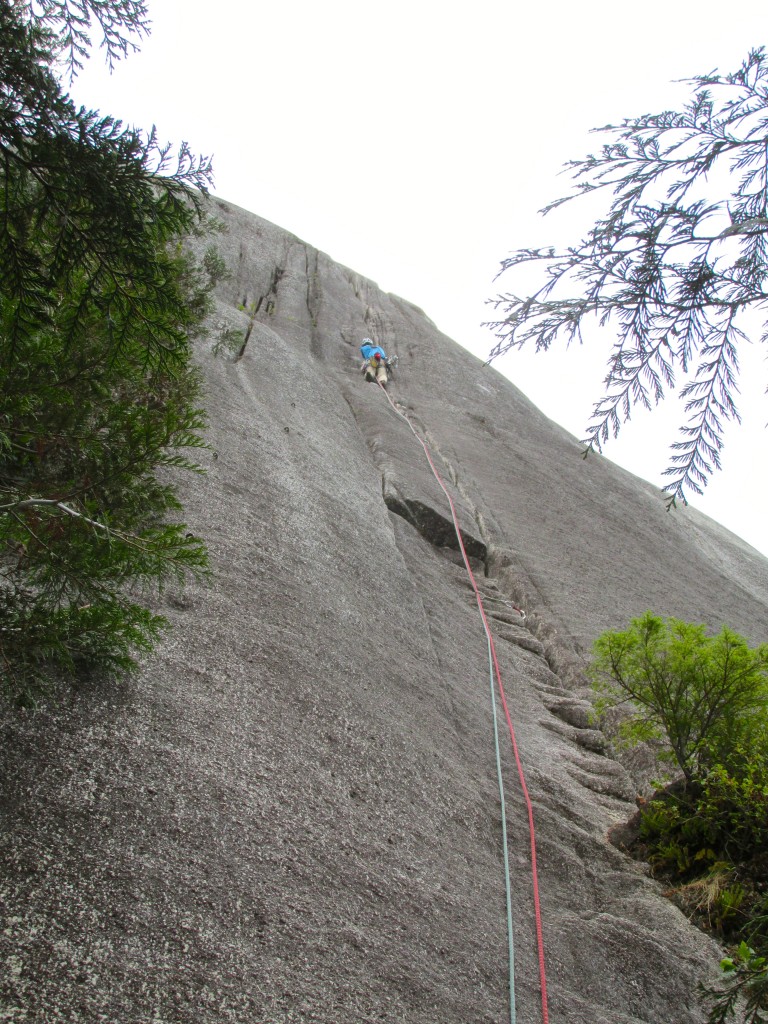 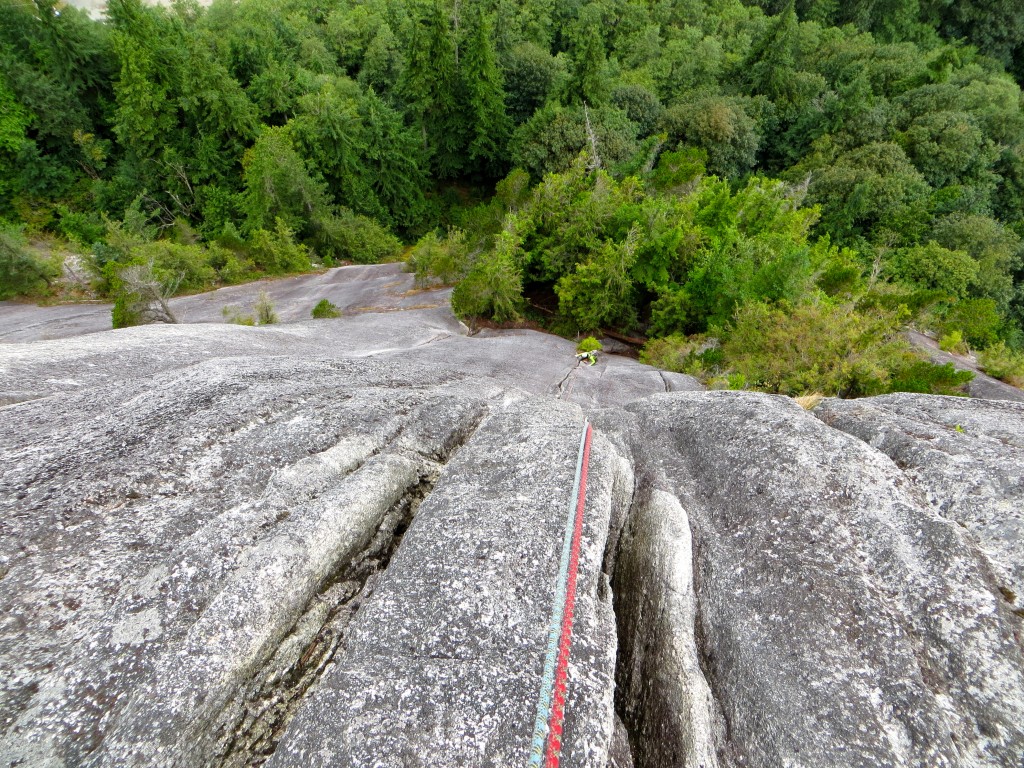 Shirley stating up pitch 2 (3 overall) of St. Vitus’ Dance. Trees below are on Baseline Ledge which itself sits 2 pitches off the ground (Aug. 2013). 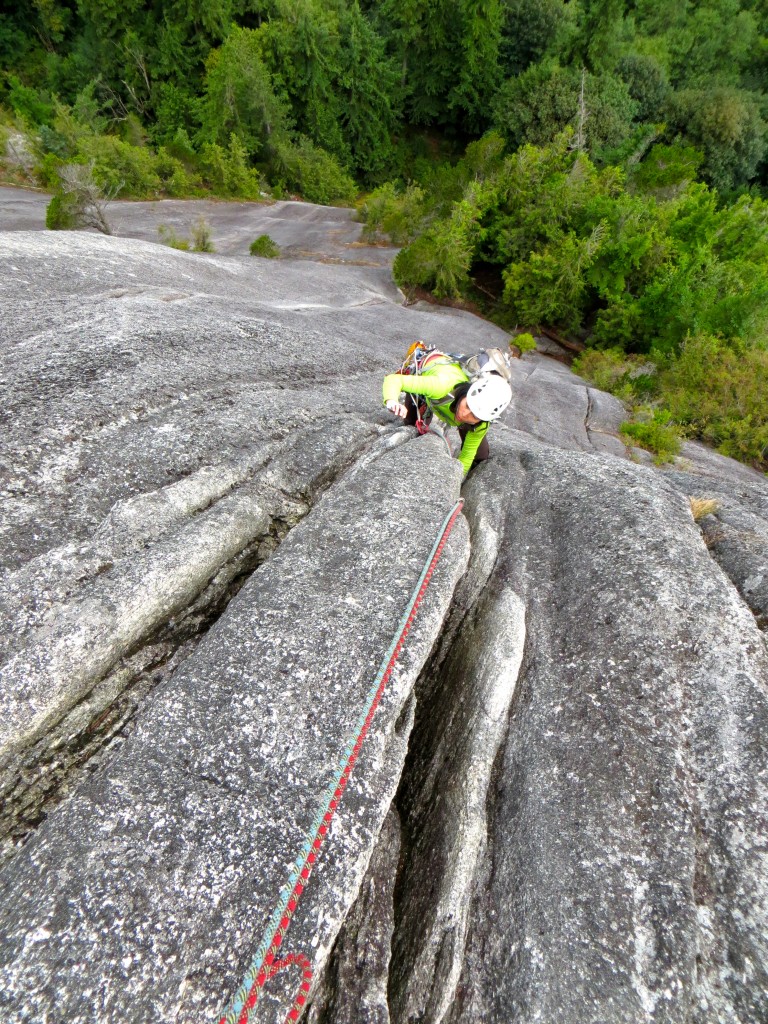 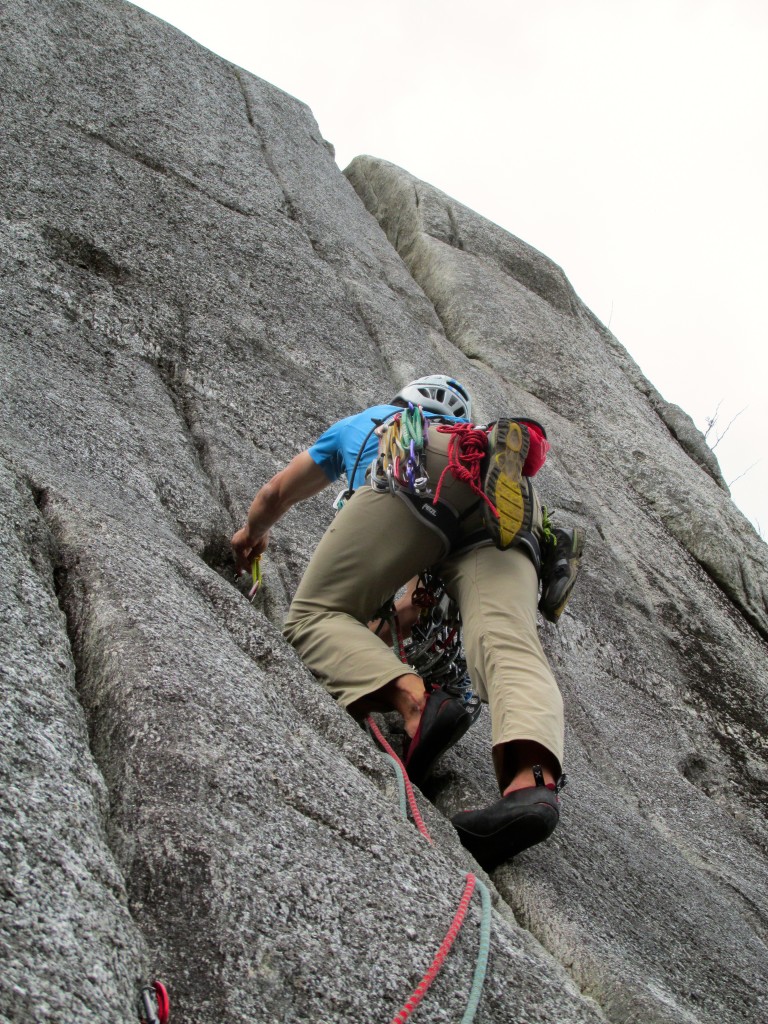 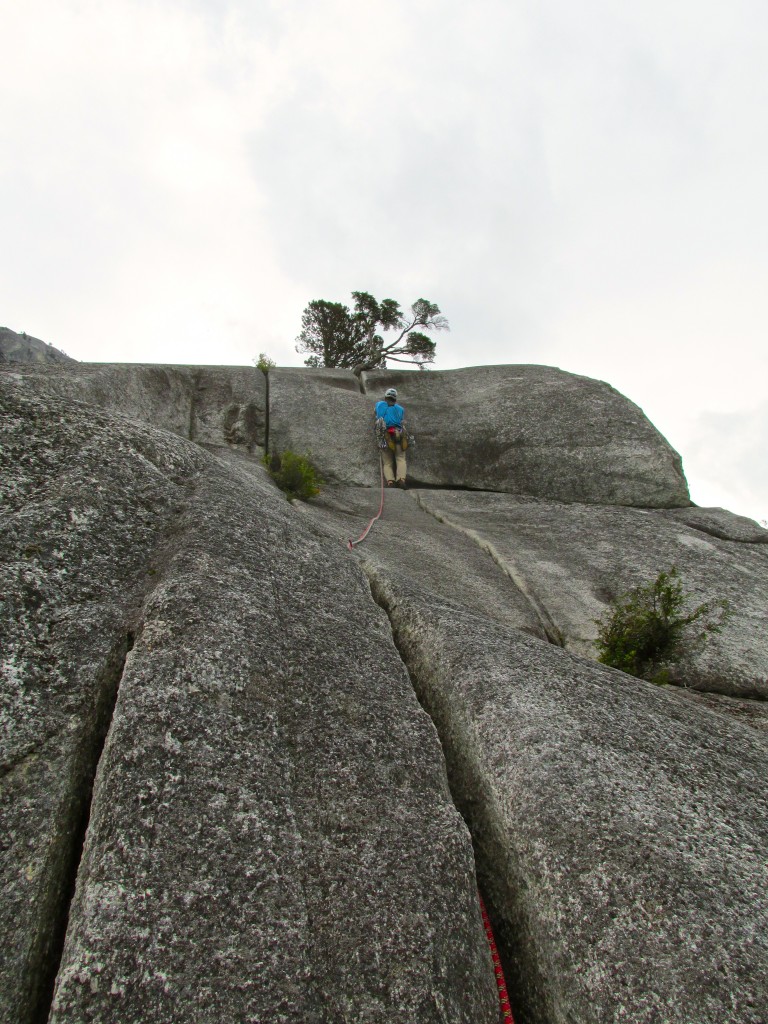 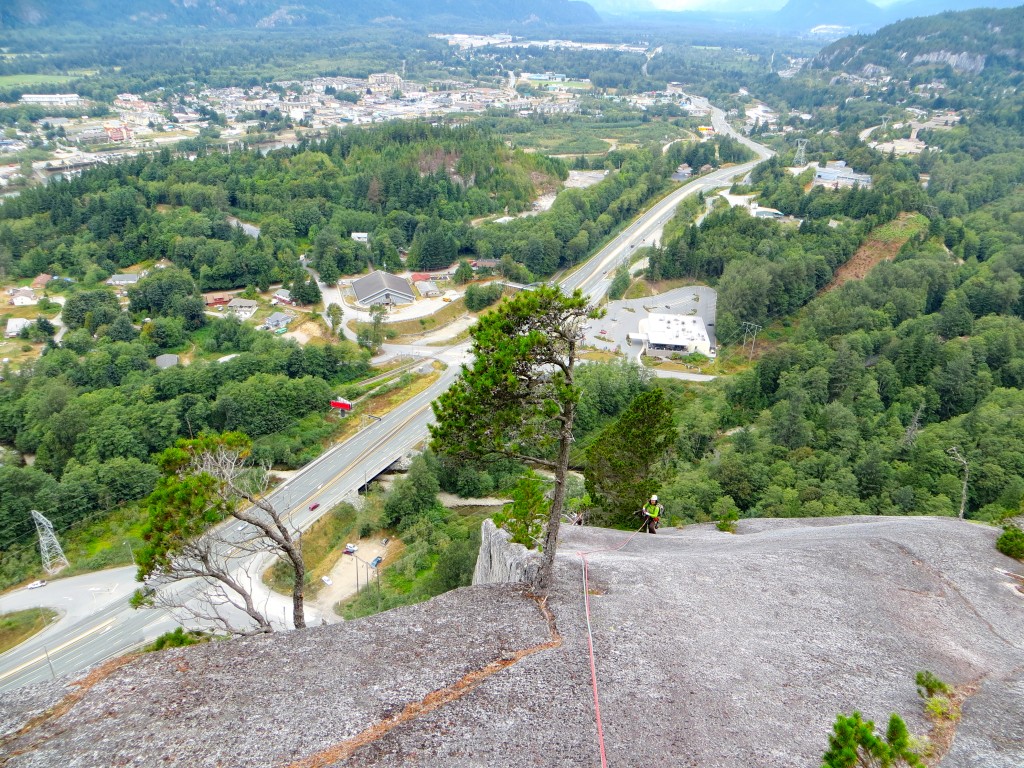 Shirley nearing the Broadway Ledge at the top of St. Vitus’ Dance. The soon-to-be rainy Squamish is below (Aug. 2013). 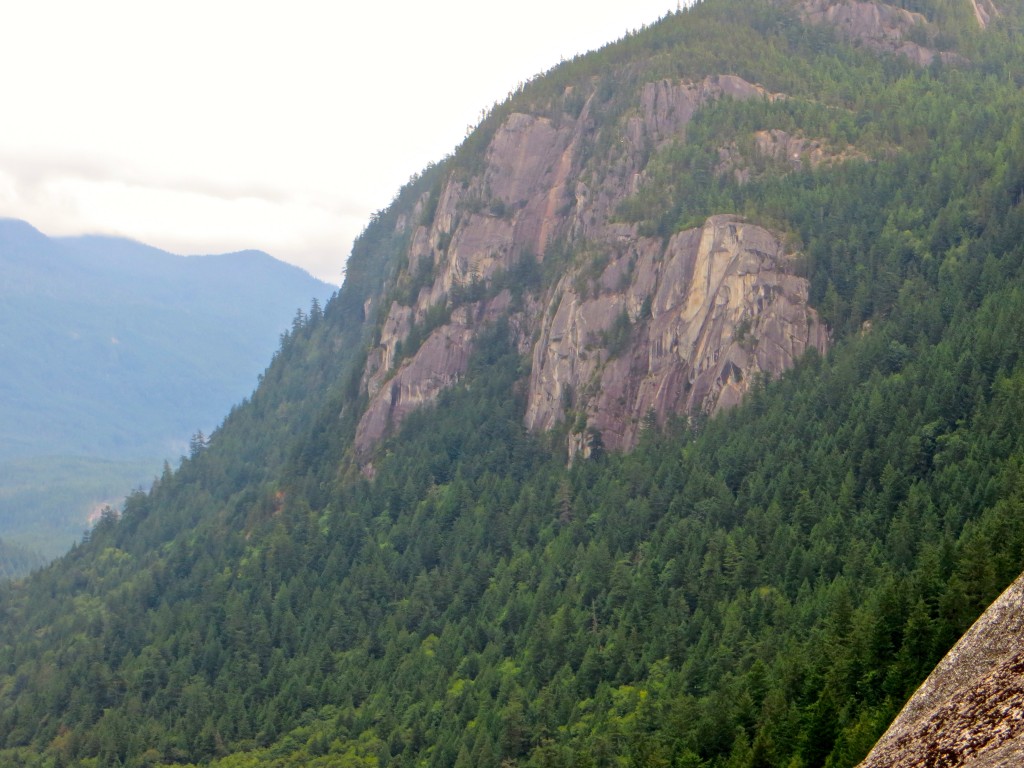 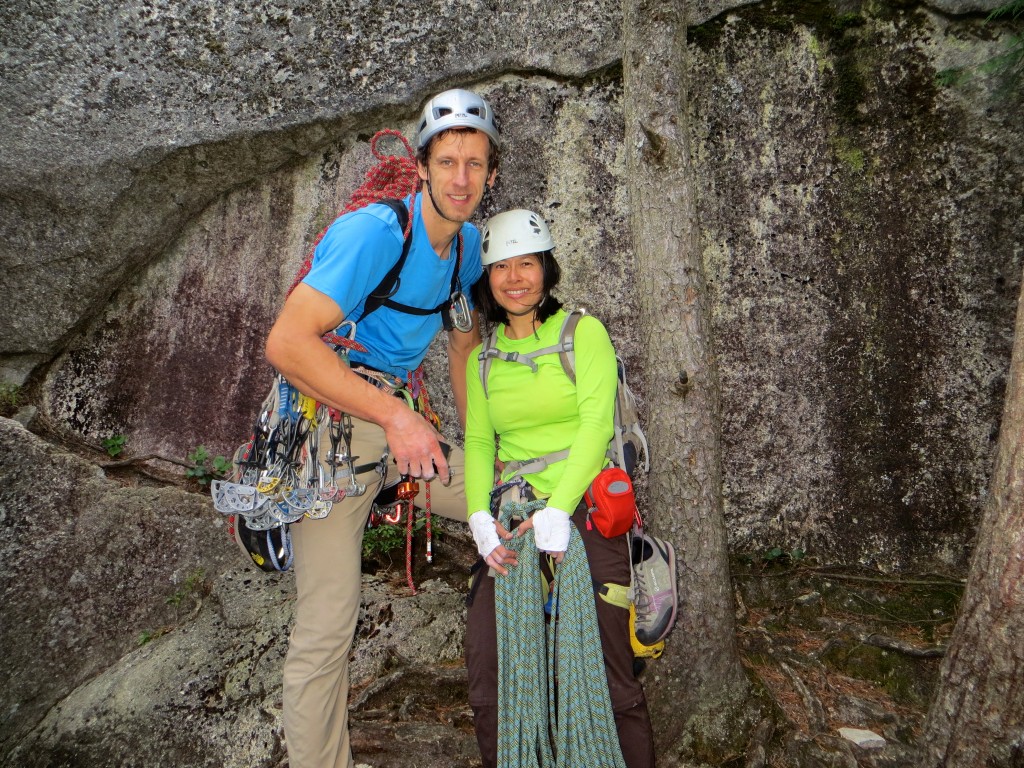 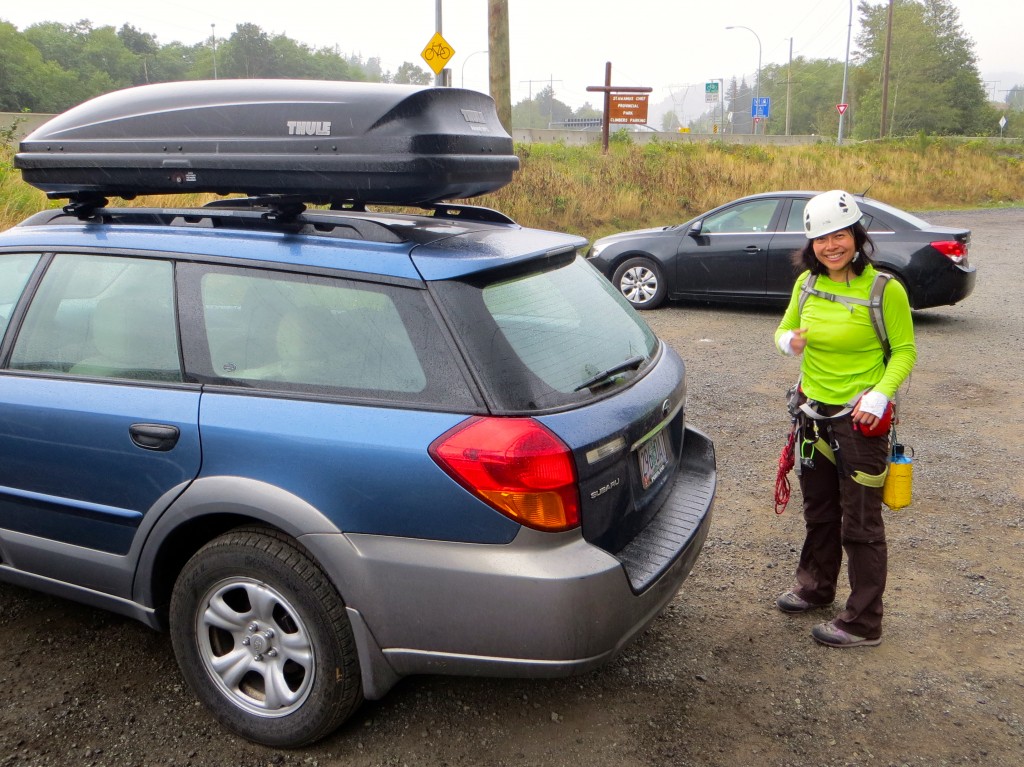