Go to Malaysia.
Go back to Batu Caves. 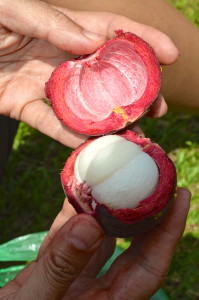 The following day we headed for Bukit Takun, a large limestone mountain sitting atop a granite pedestal located just north of Kuala Lumpur. There we ran into a severe thunderstorm at the base and salvaged the day with a sightseeing road trip north to the sunnier Cameron Highlands. The region (~3 hrs north of KL) is famous for its relatively temperate climate and tea plantations. We had been warned that it was a tourist trap and so perhaps set our expectations low enough to be pleasantly surprised. A bit crowded but not horribly overrun with tourons and most importantly we found an abundance of local fruits at roadside stands; something that we did not see in Malaysia until then. 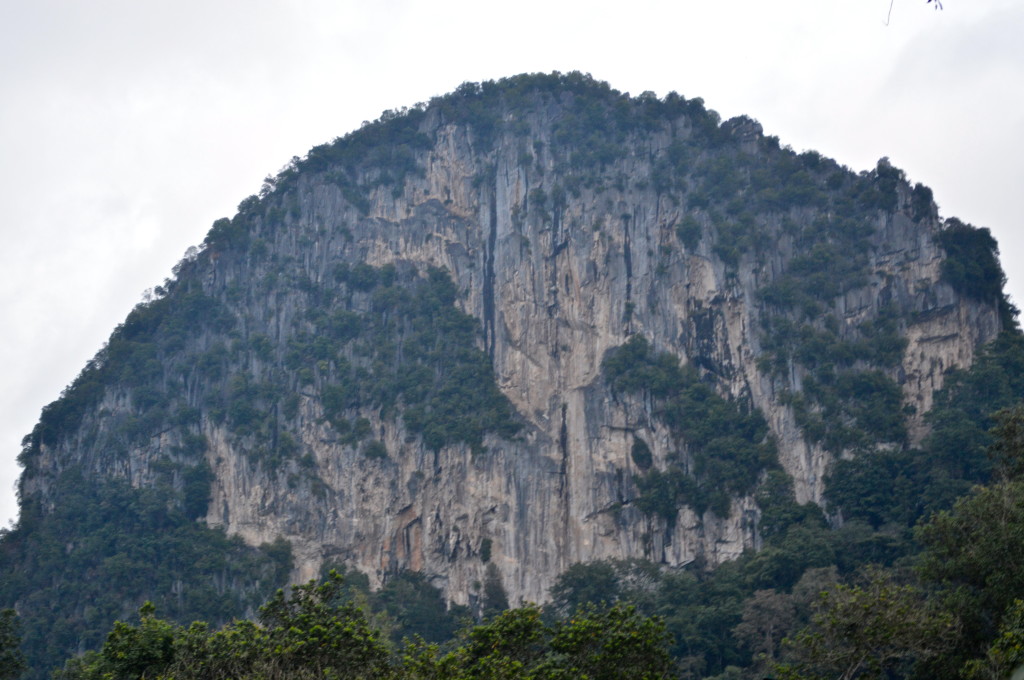 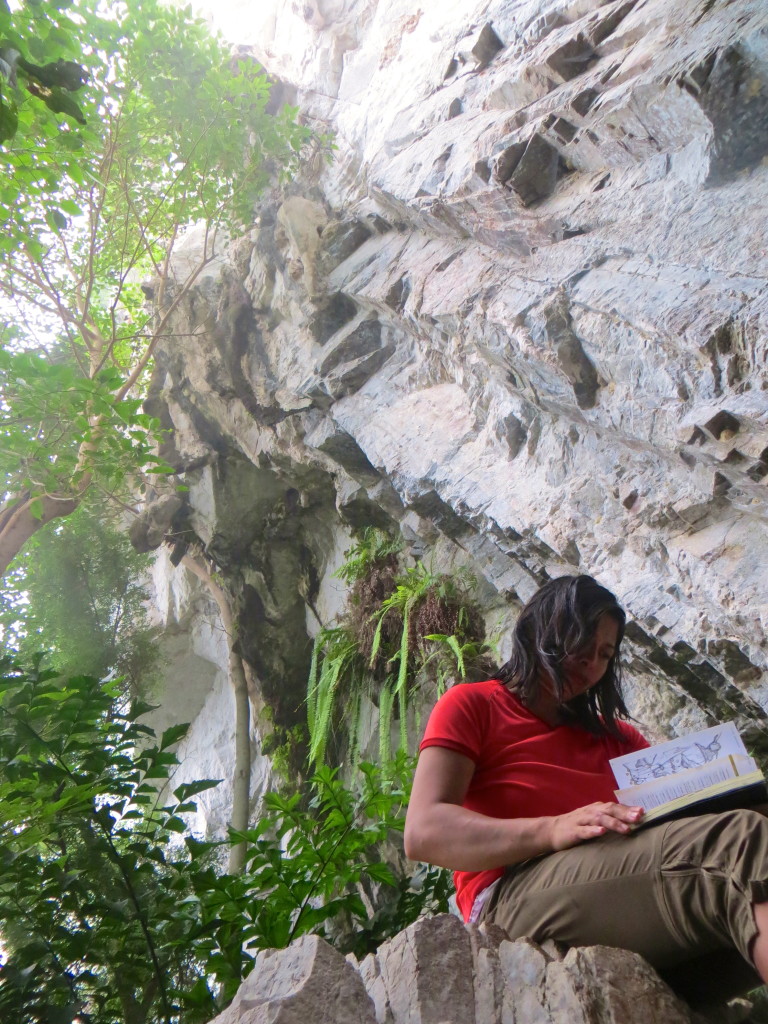 Hiding out from the rain under the overhanging walls of Bukit Takun. Click photo for yet another storm video (June 2014). 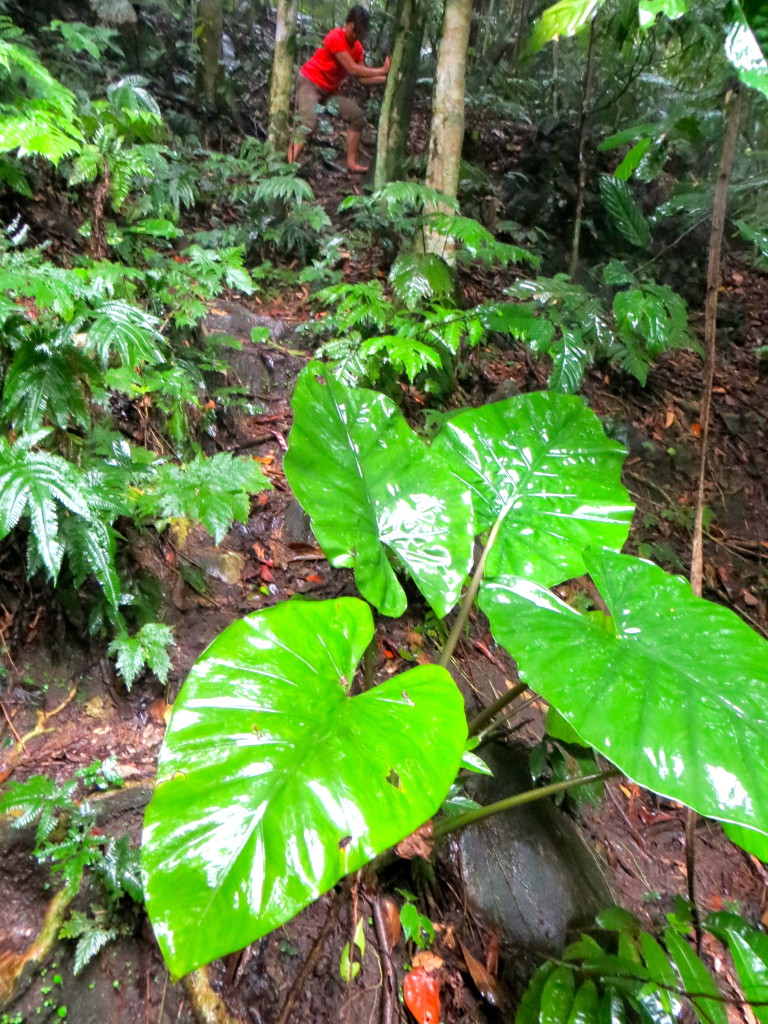 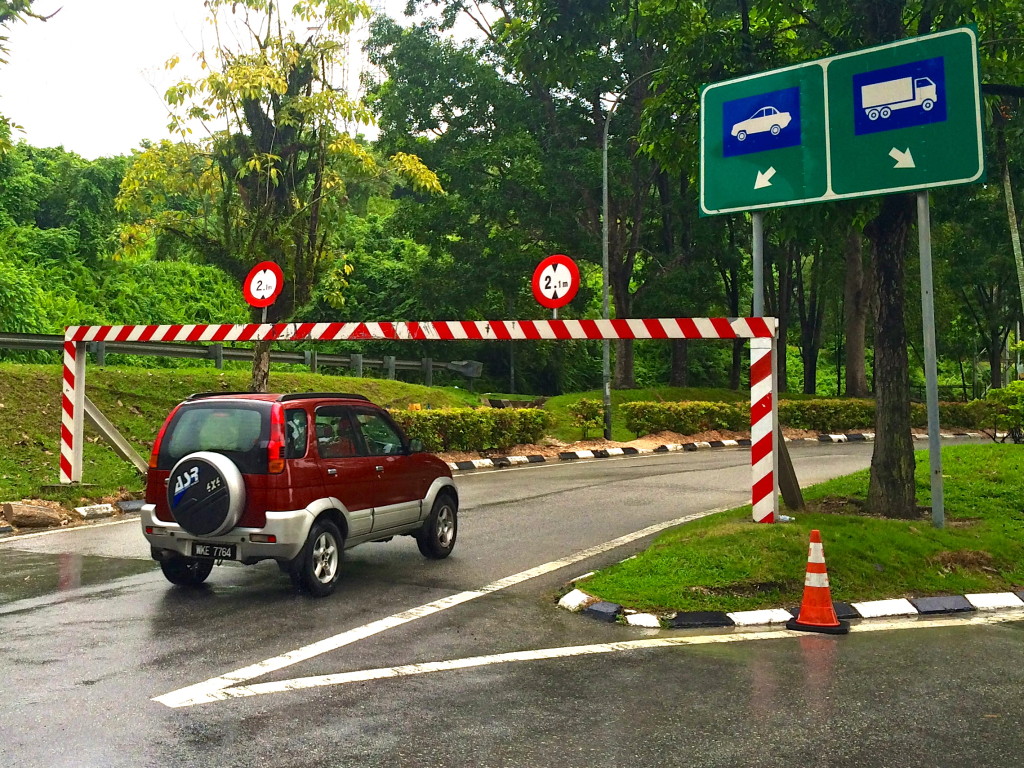 Your parking height clearance warning comes in the form of a steel I-beam. Harden the f**k-up buttercup (June 2014). 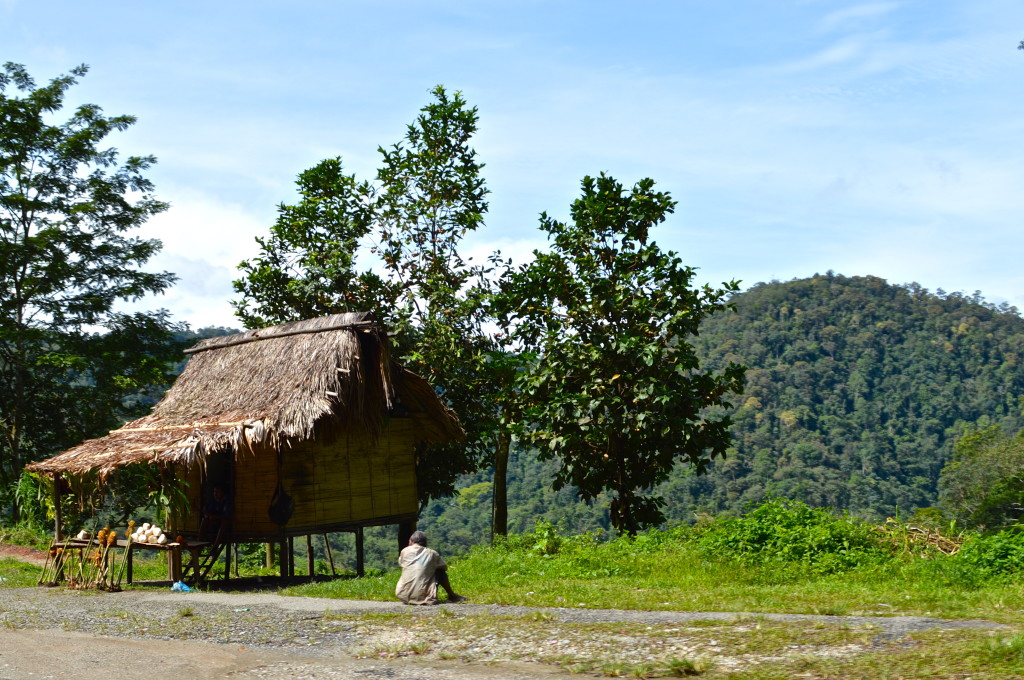 Roadside sights on the drive up to the Cameron Highlands (June 2014). 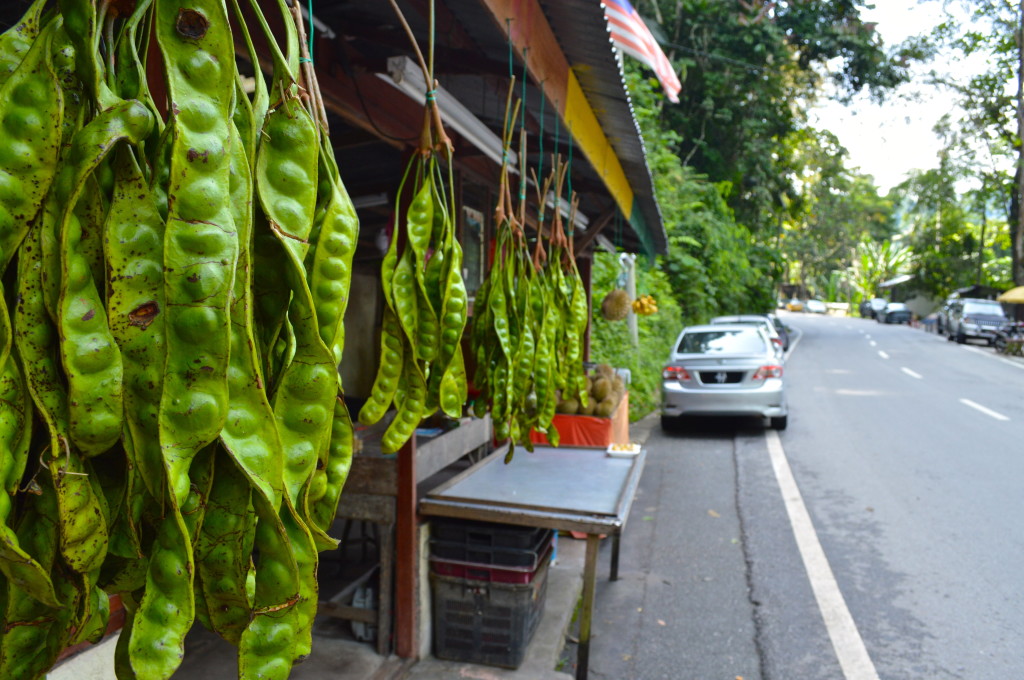 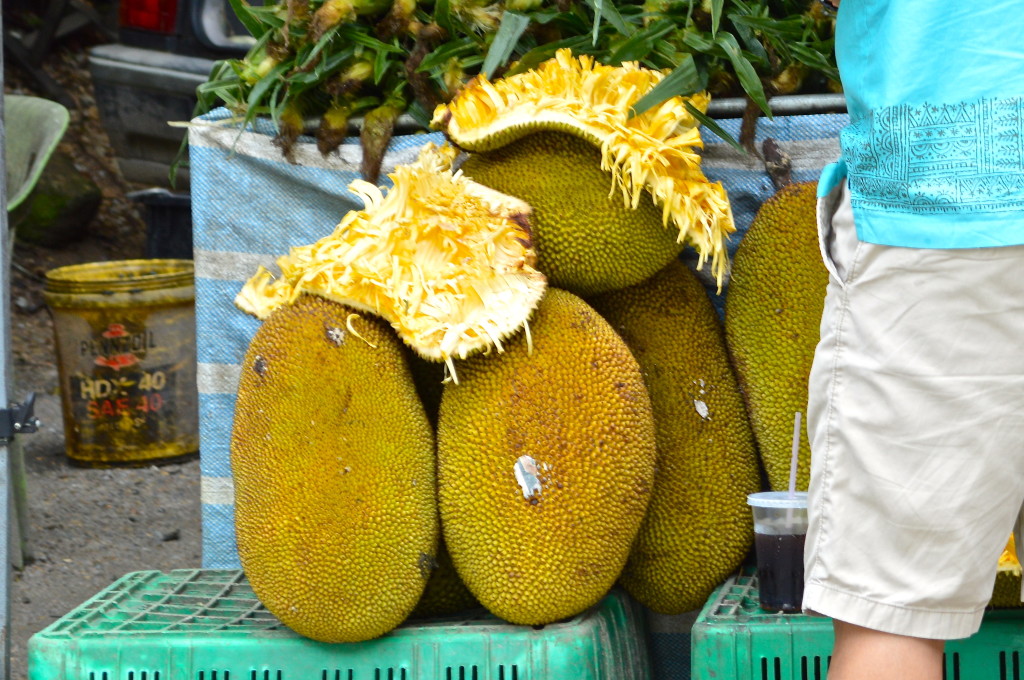 Jackfruit and a human thigh (for scale). 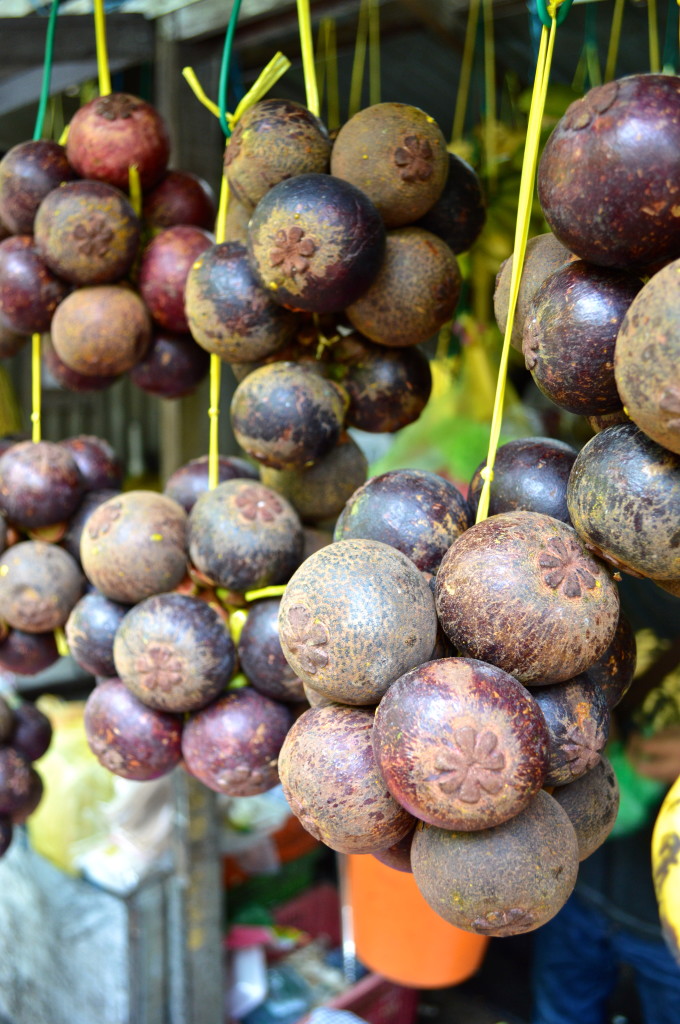 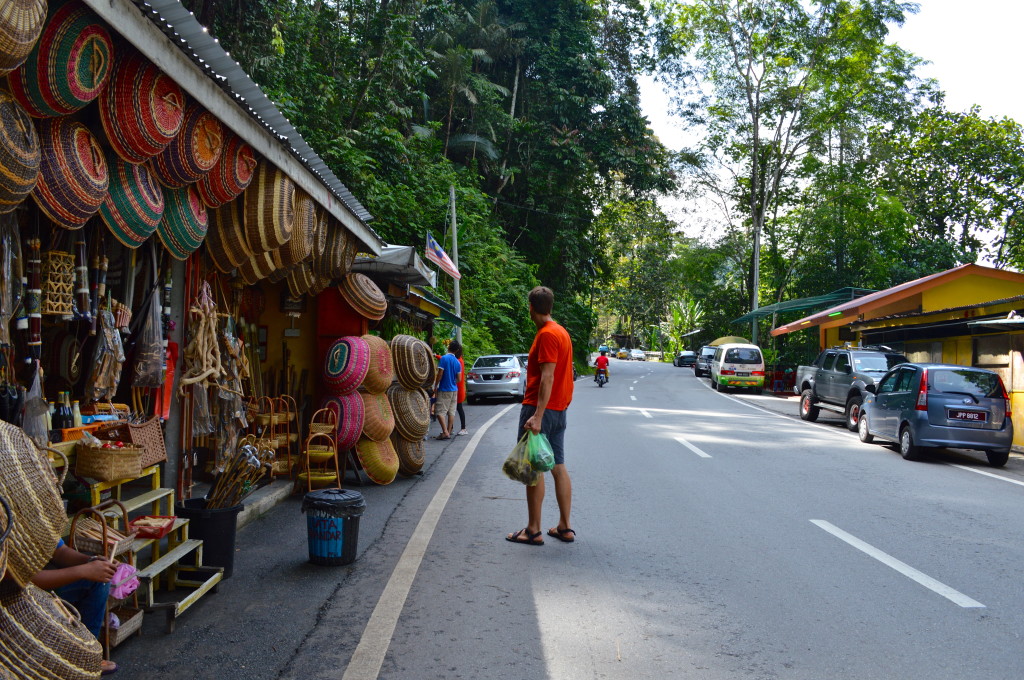 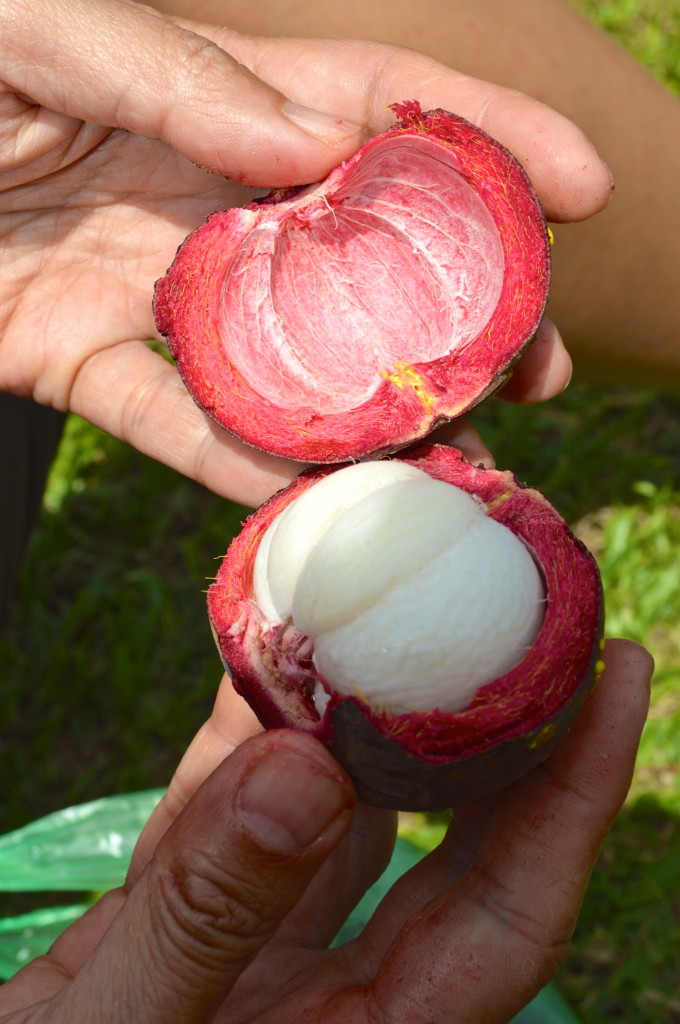 The beautiful and very tasty mangosteen fruit – the queen of fruits (June 2014). 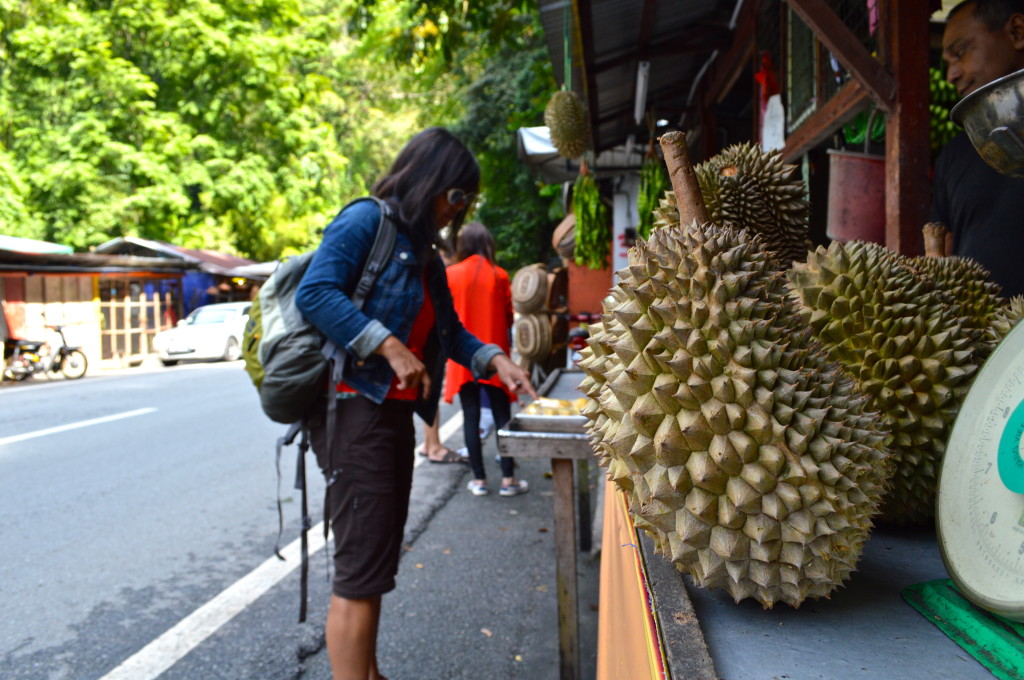 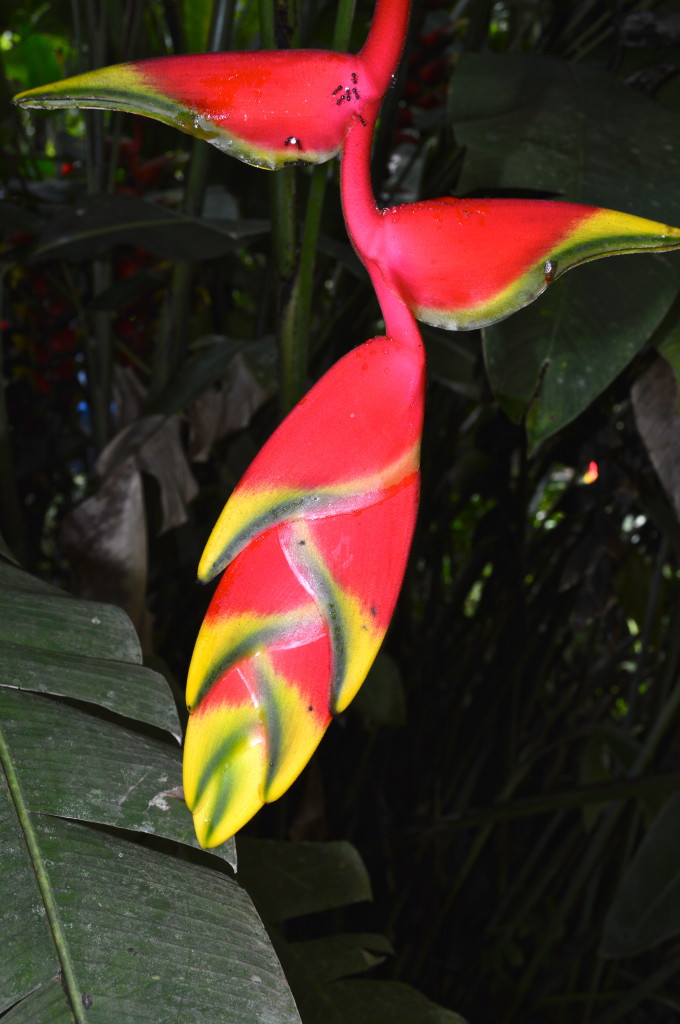 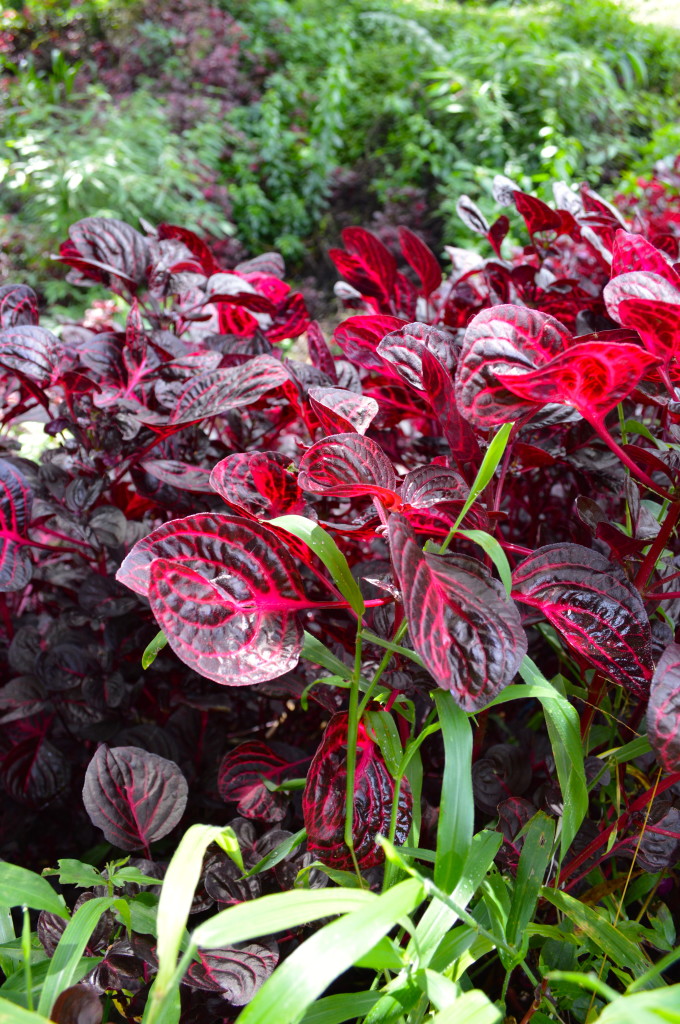 Even the weeds are beautiful in Malaysia (June 2014). 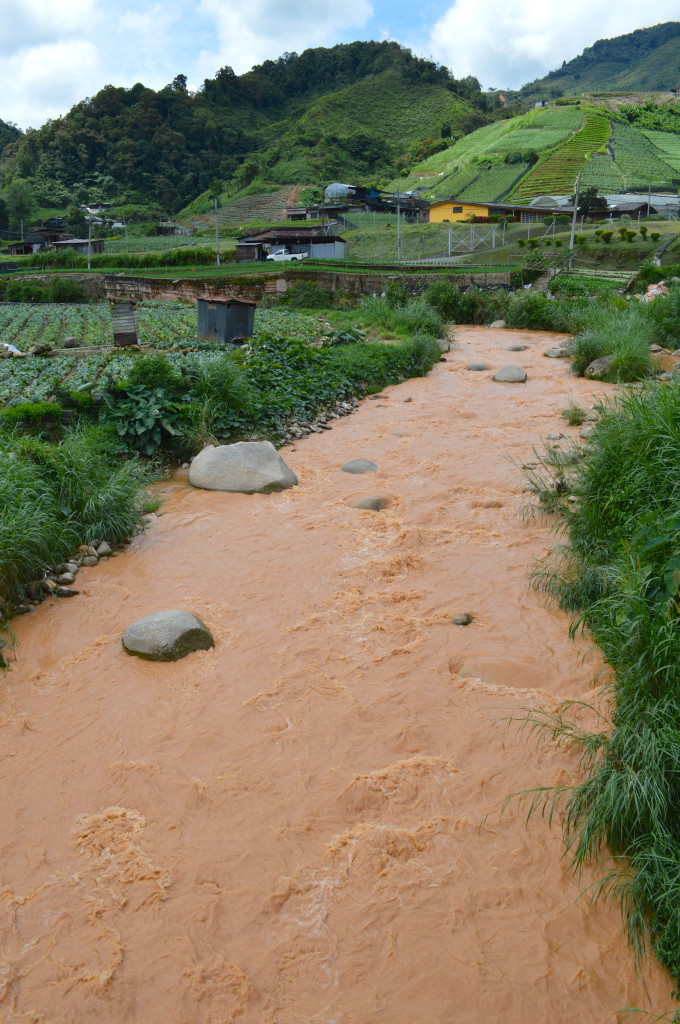 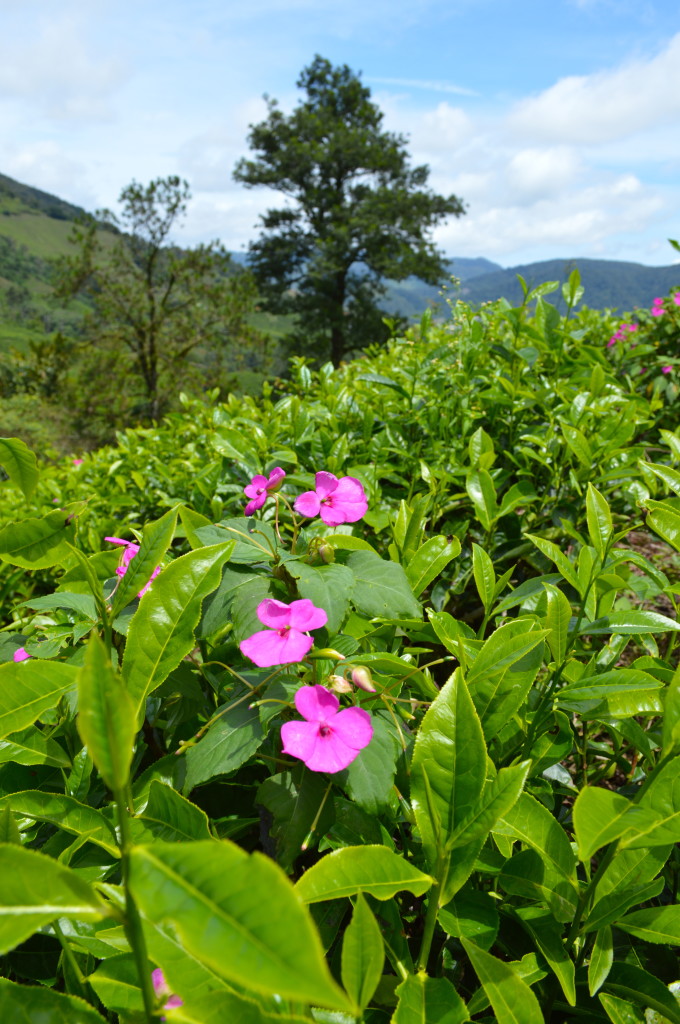 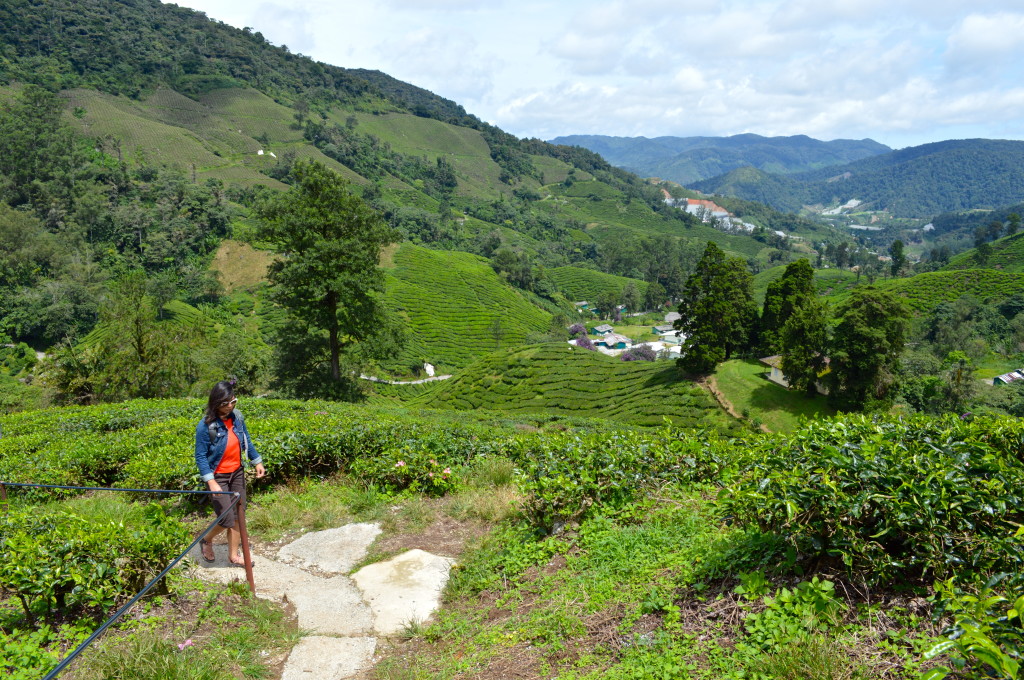 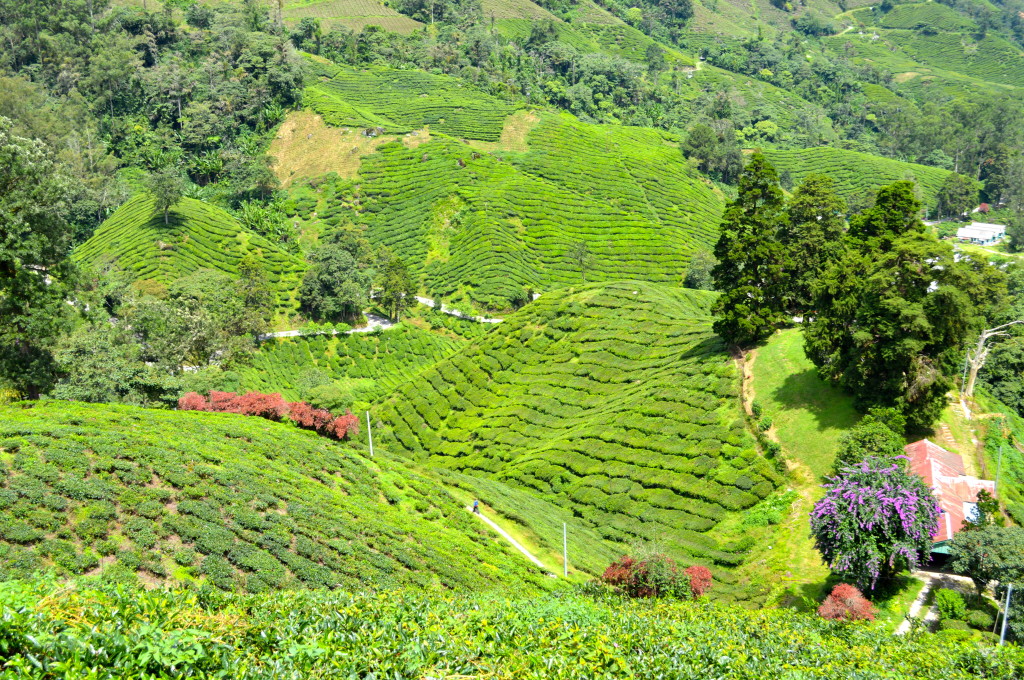 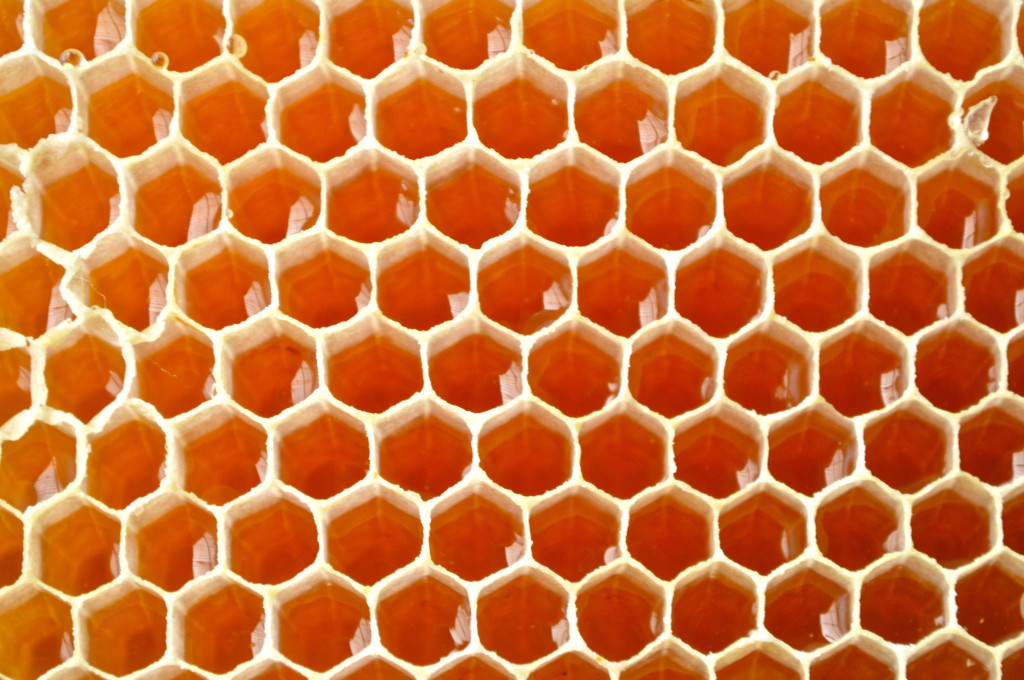 Fresh honey from the Highlands. 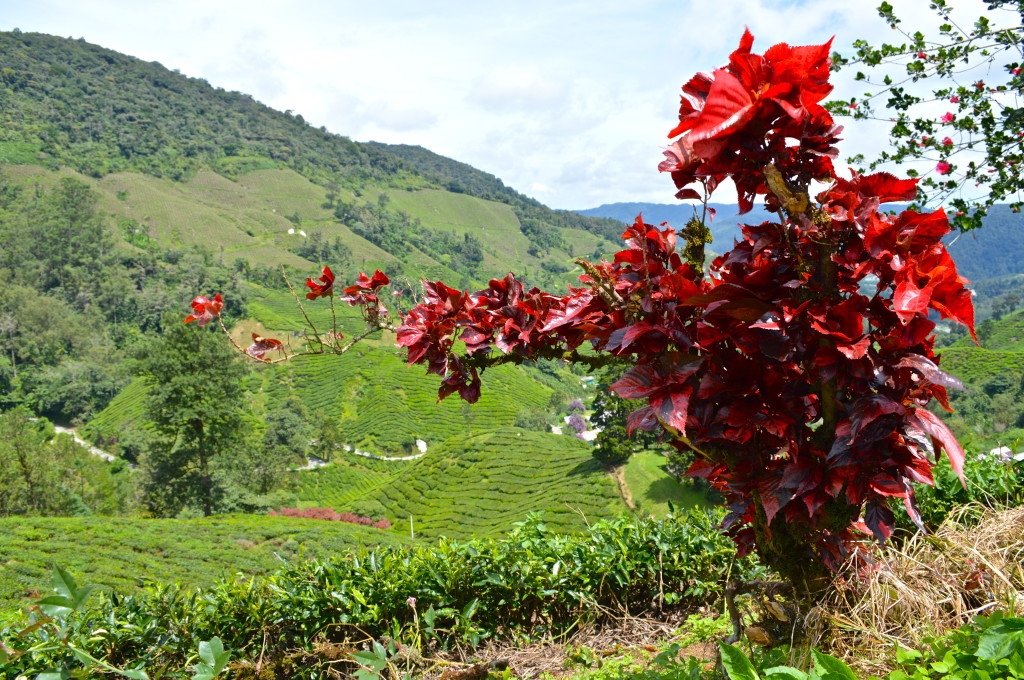 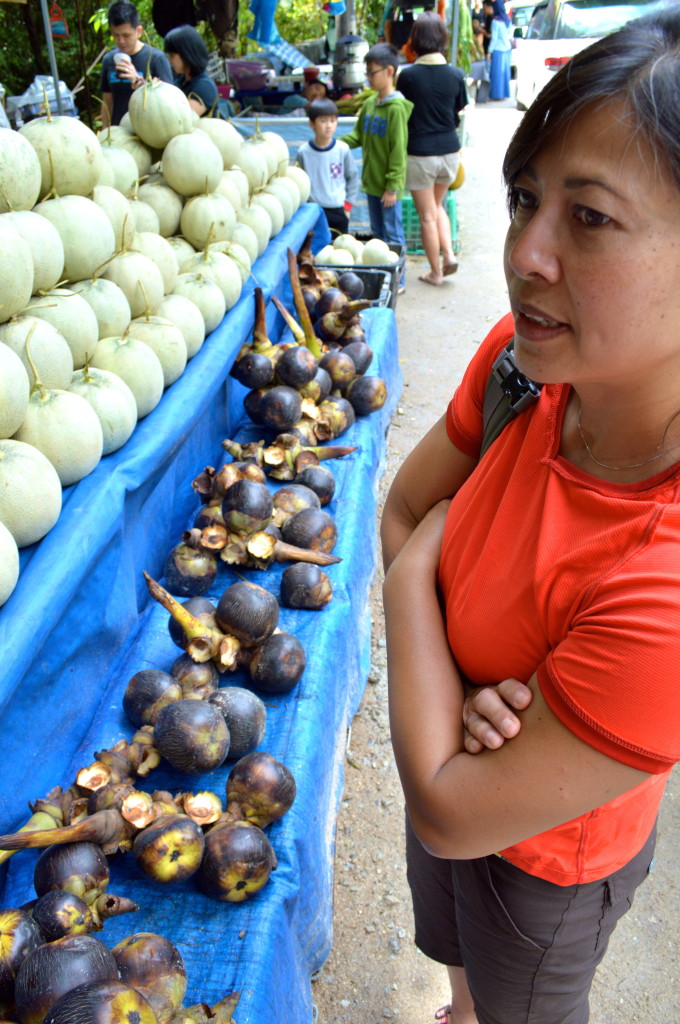 Shirley checking out the coconuts of the sea fruits (kelapa laut) at a roadside stand (June 2014).