Go back to Mali.
Go back to Dogon Villages Part 3. 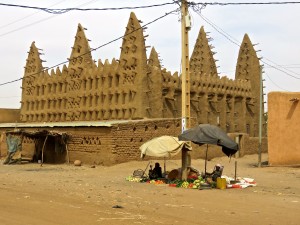 After Youga Piri, it was more dirt roads – including a stop in a market in Madougou – before joining the main road in the border town of Koro. We were expecting to see a military or gendarmerie checkpoint somewhere between Koro and the Burkina border but found only empty buildings and in one case with what looked like many bullet holes. Later we’d learn that the soldiers had left their post following a jihadist attack back in September. We did not have to stop until we reached the Burkinabe checkpoints. Then it was multiple layers of checkpoints, some sporting some very heavy artillery. A couple of 145mm cannons aimed at the main road make for quite an impression (Burkinabe military does not run apparently). Anyway, two and half weeks in Mali and we don’t have a stamp in our passports to show for it. With a stop in another market, this time in Ouahigouya (region is the vegetable basket of Burkina), we reached Ouagadougou in the evening in time for an excellent grilled fish dinner with Salvador and his wife (Shirley was rebelling against chicken and goat). 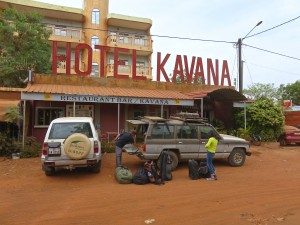 Our final Africa day was spent sightseeing Ouaga with Salvador including trinket shopping in some local artisan places. Very few tourists but the two or three that we saw felt like a tourist zoo compared to Mali. Many liters of beer (quite light) were consumed as well as some good food was sampled. We finished things off by drinking more beer while watching a volleyball game in a city square outside the airport terminal. Home some 30 hours later in time for a much belated Christmas dinner with my parents.
Thank you for everything, Salvador! 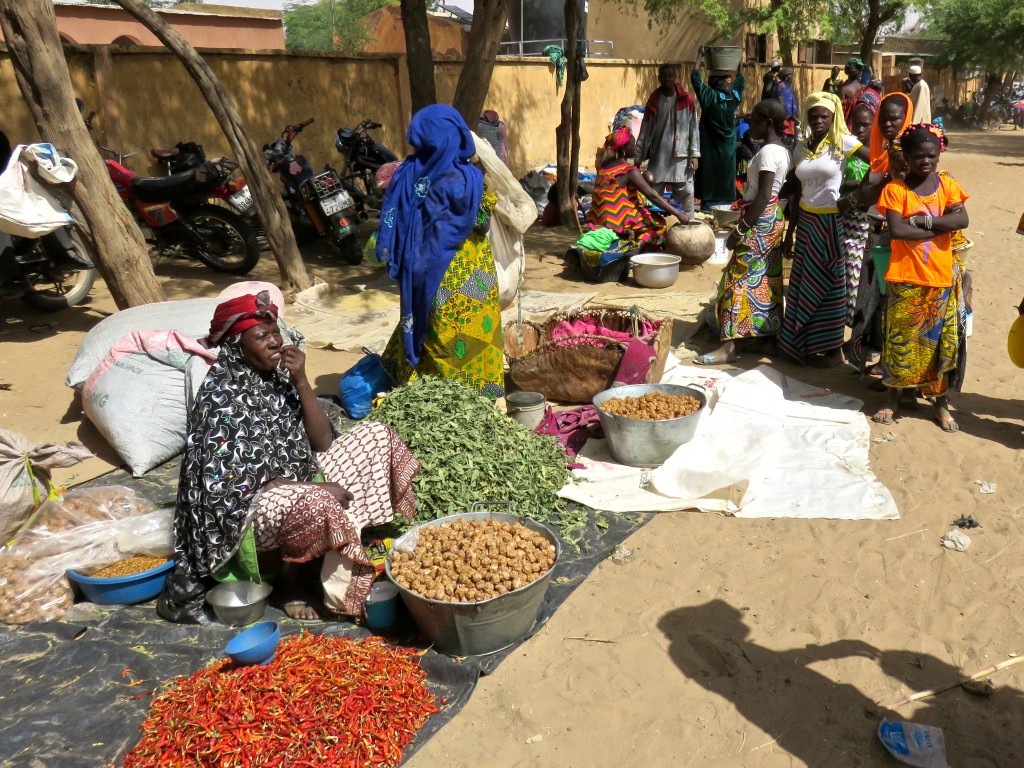 We caught one more village market in Mali on our drive south. This one is in the village of Madougou (Jan. 2016). 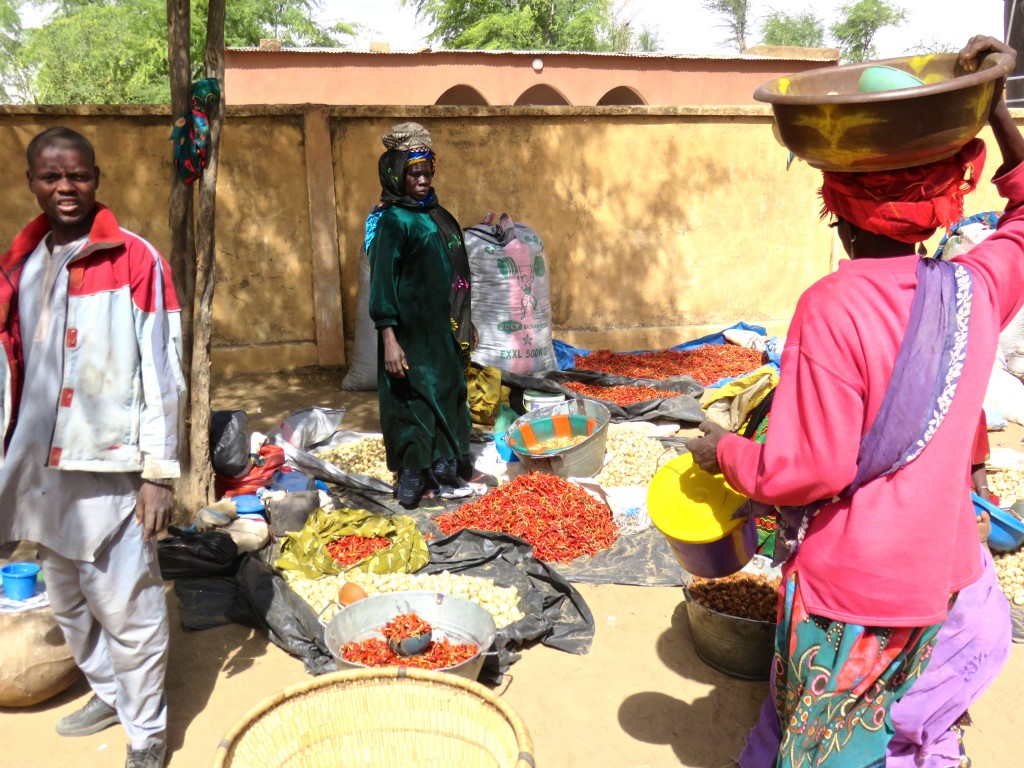 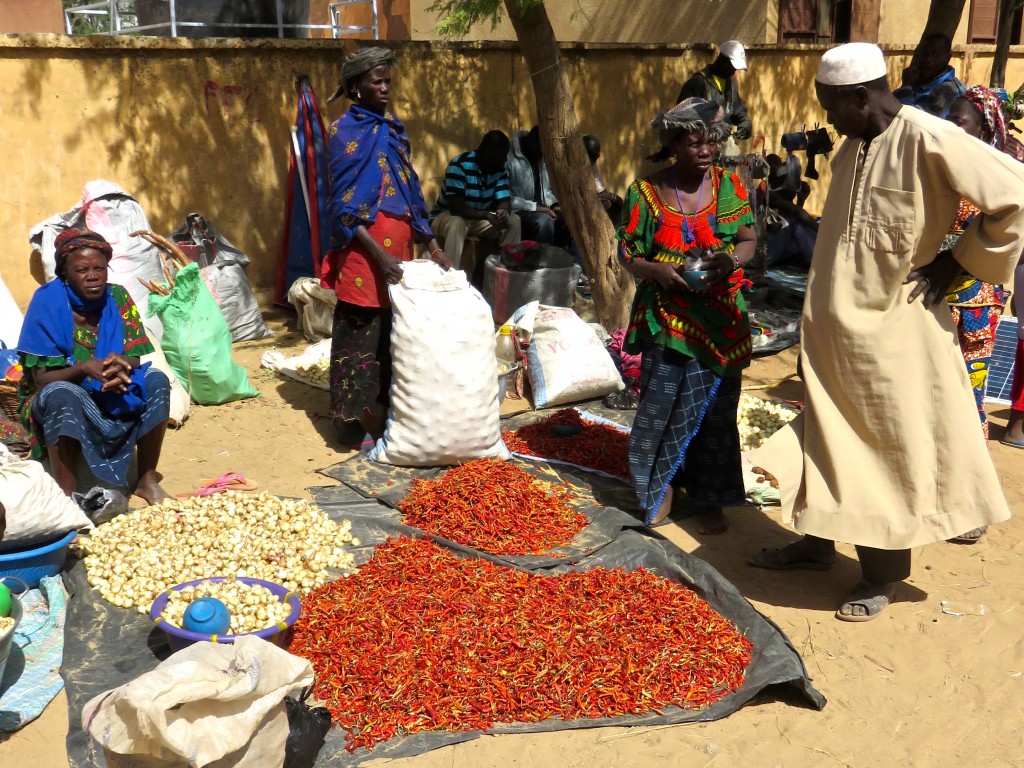 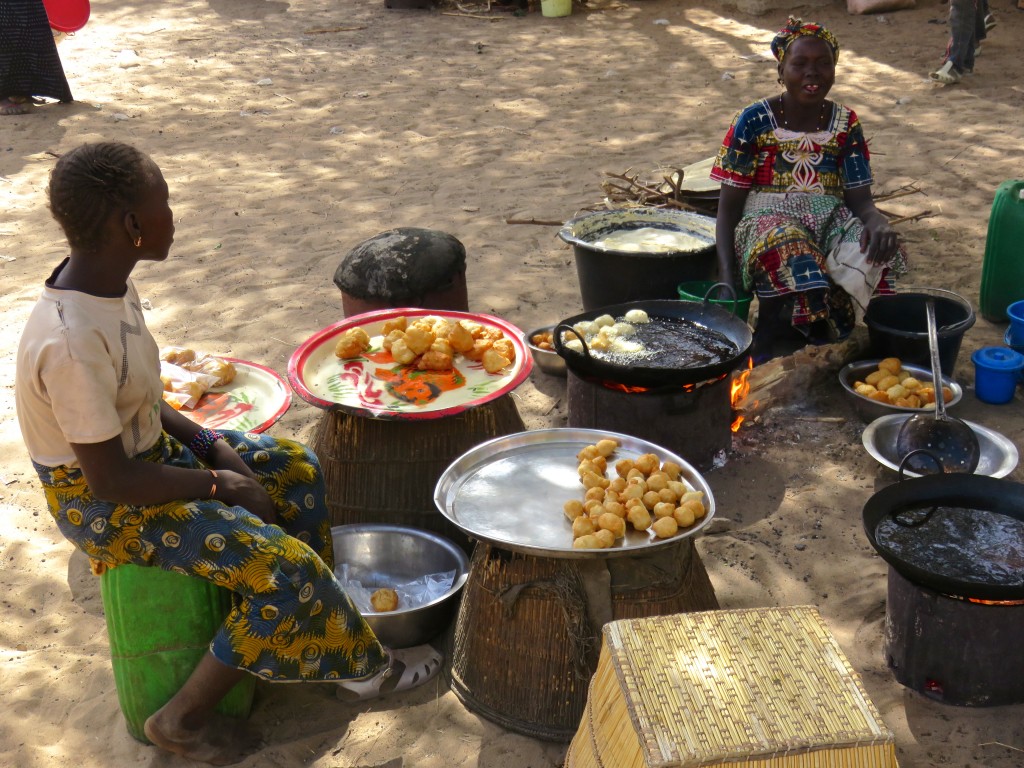 Madougou market. This is a fried bread – quite tasty (it was the staple of our breakfast that very morning). 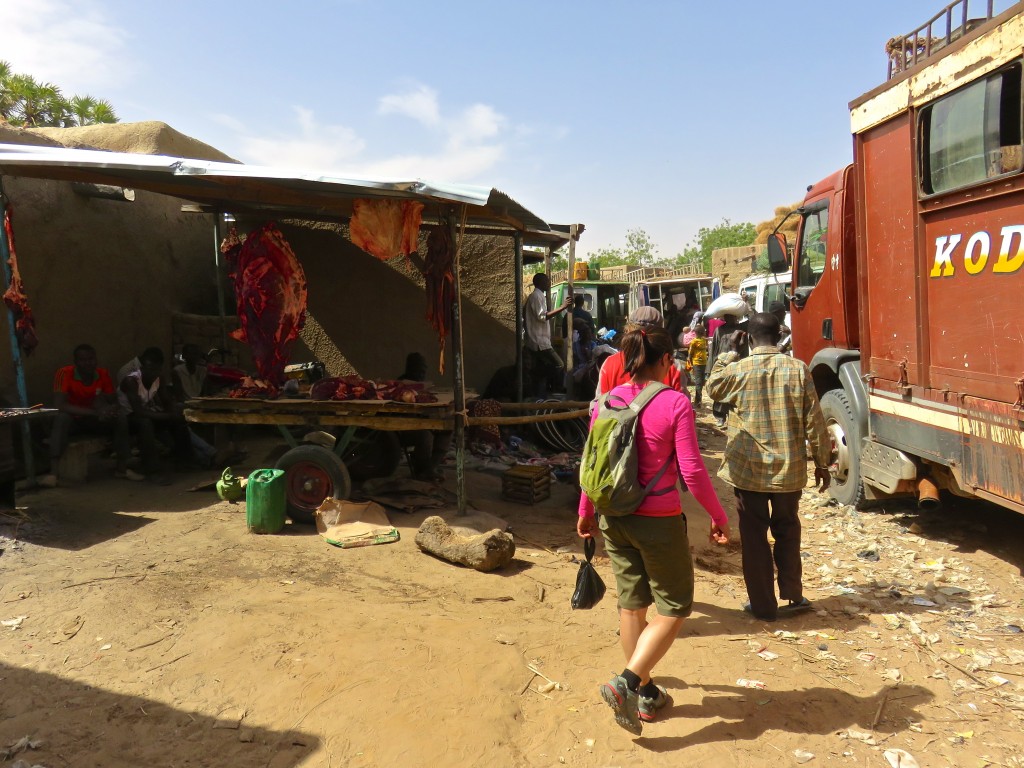 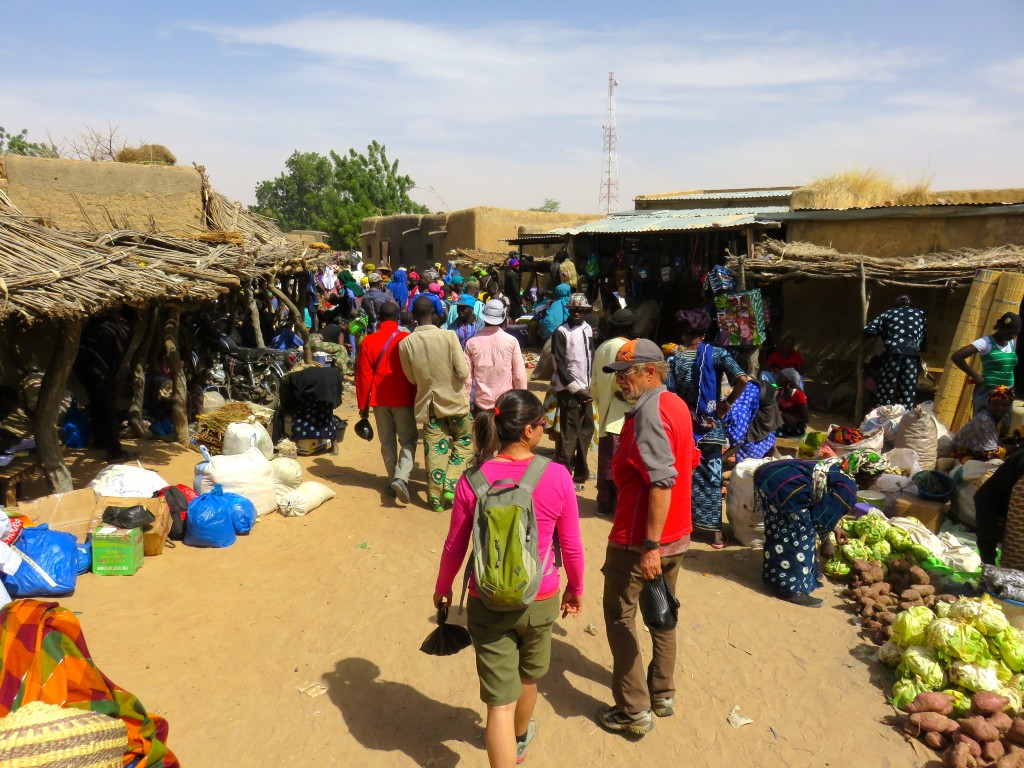 Shirley and Salvador taking in the sights of our last market in Mali (Jan. 2016). 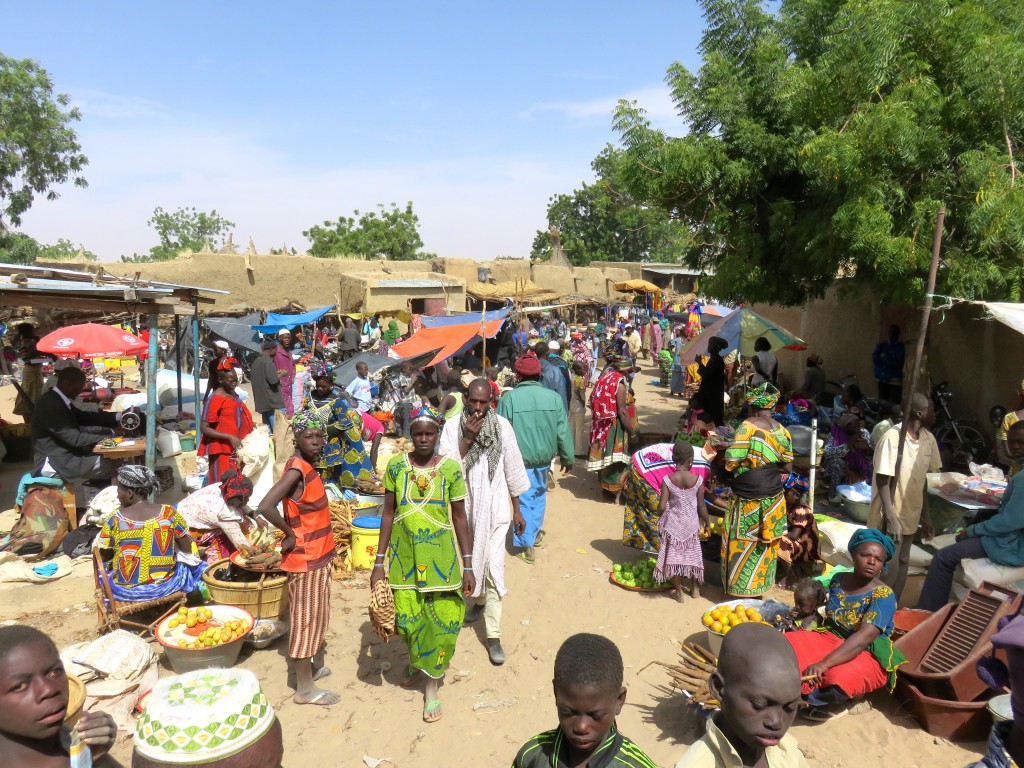 Hard to describe the liveliness of a Malian market but it’s a pretty cool experience for an outsider (Jan. 2016). 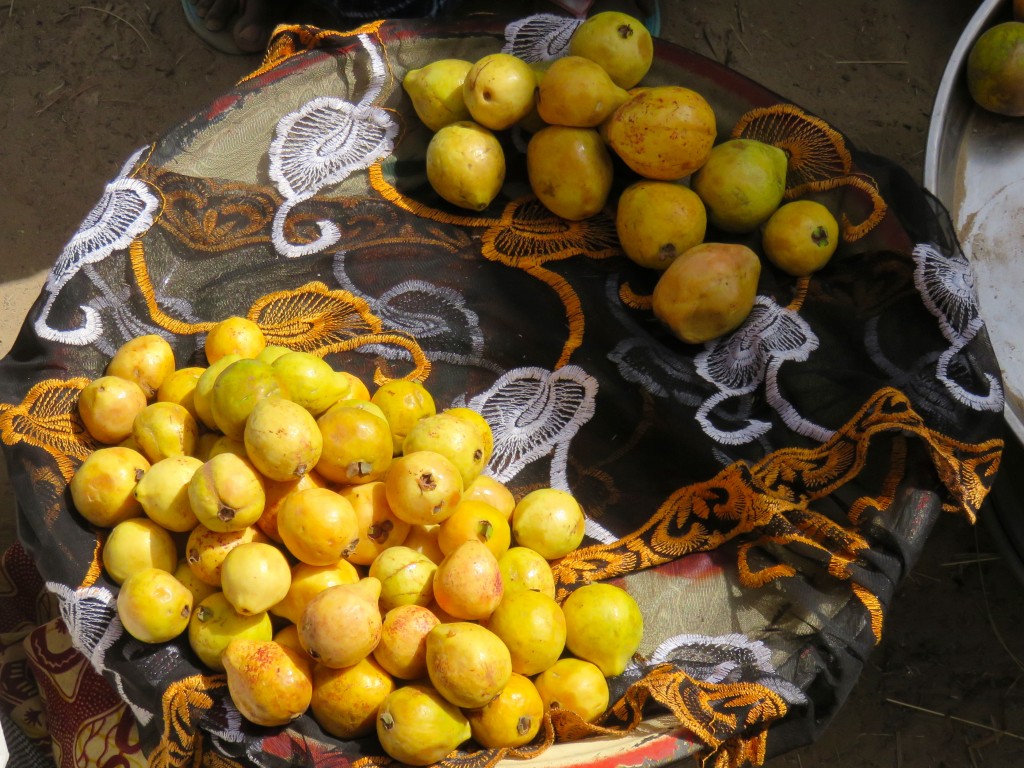 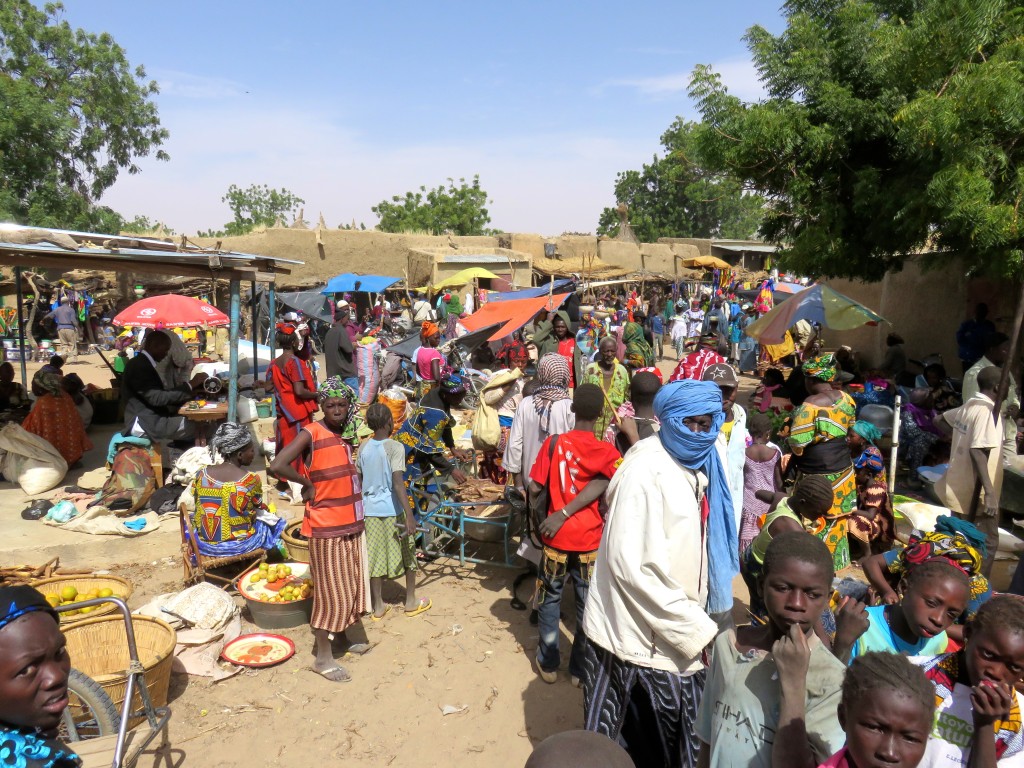 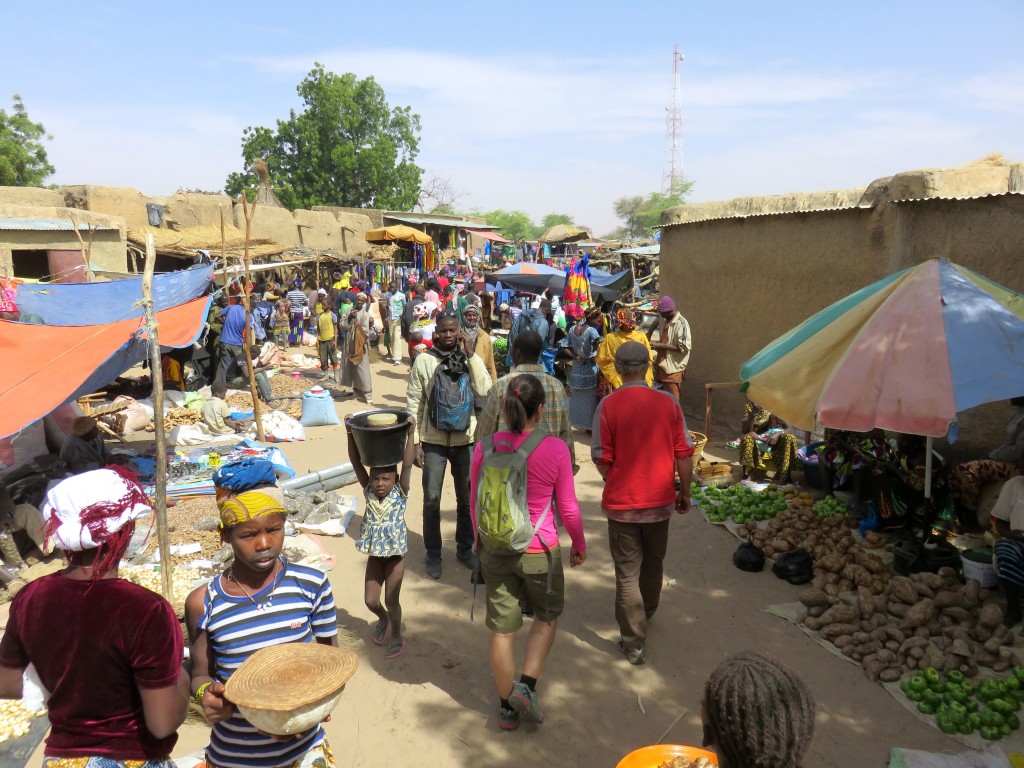 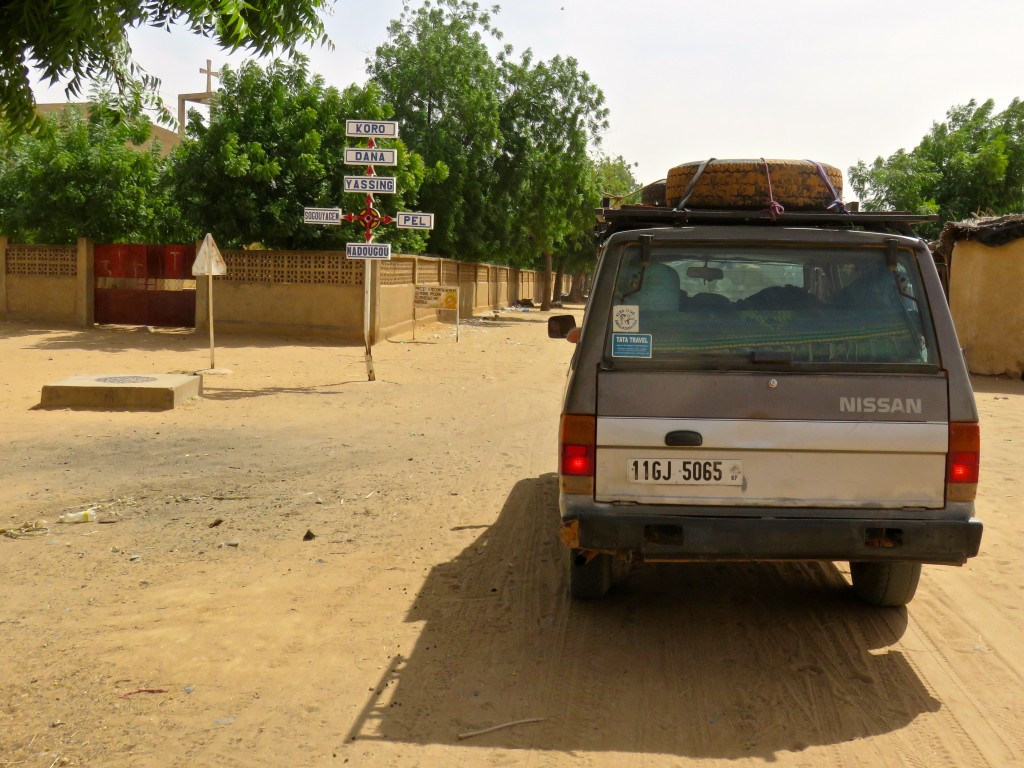 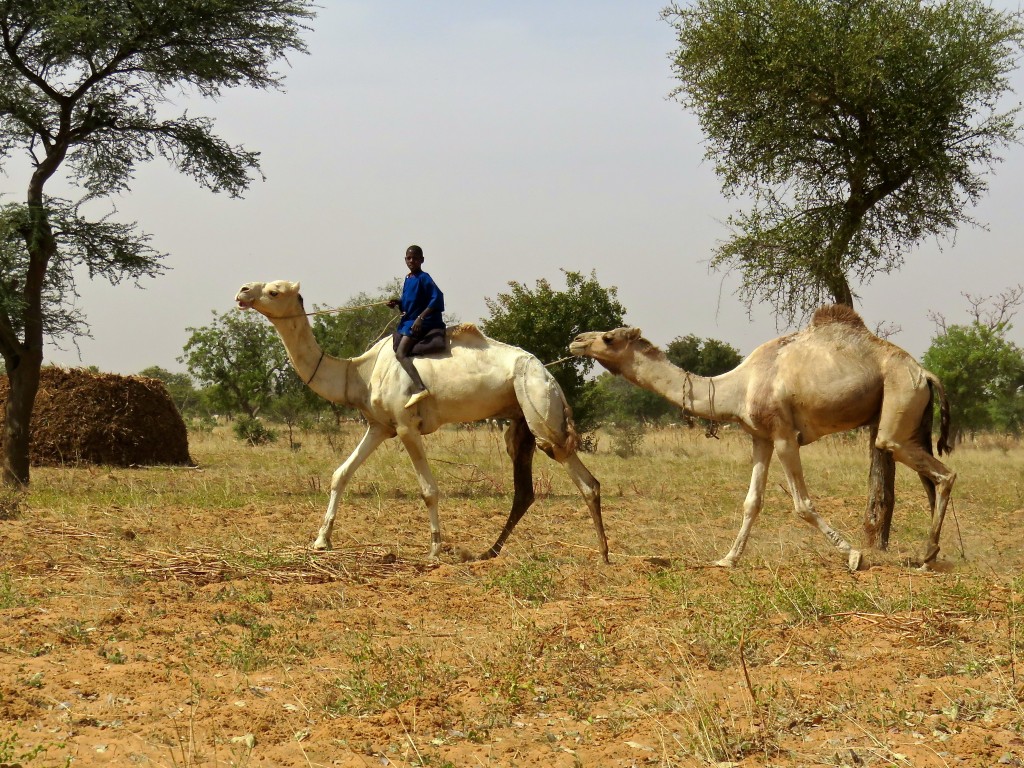 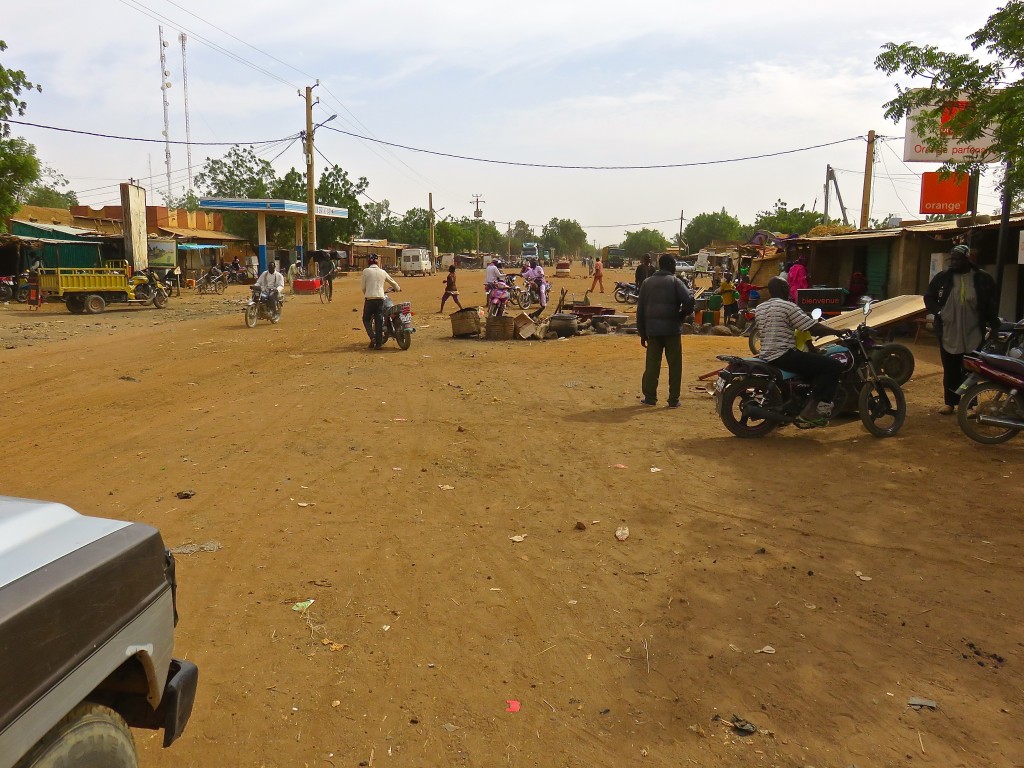 Koro. A border town in Mali. We stopped for like 30 seconds to take this photo and… 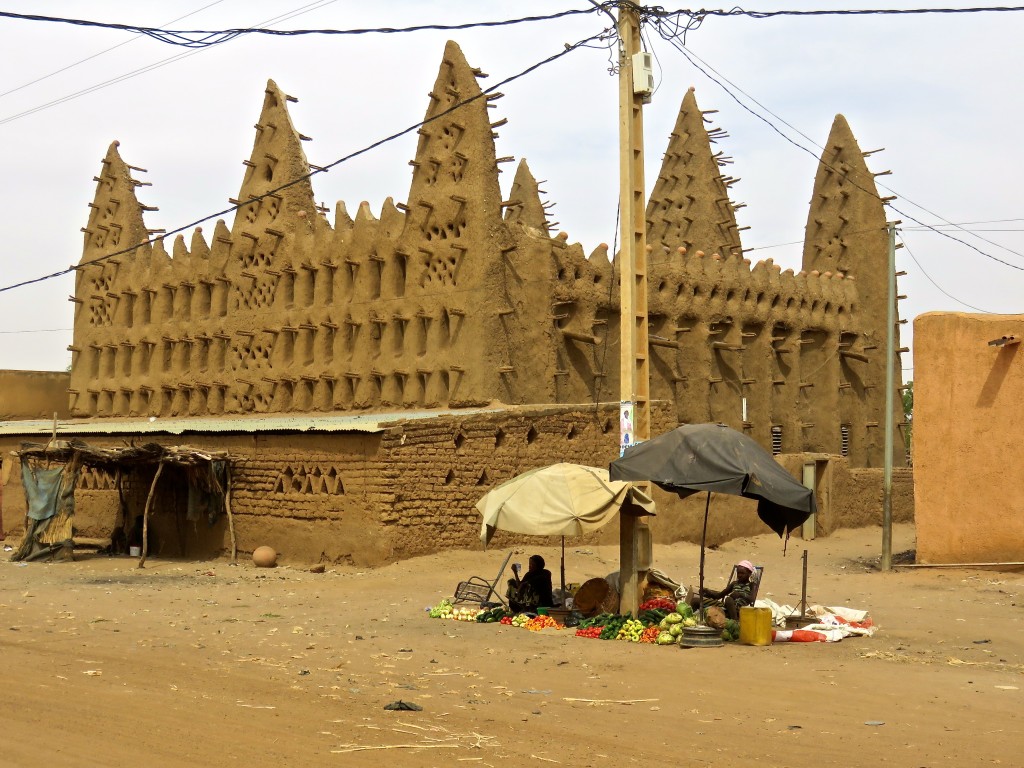 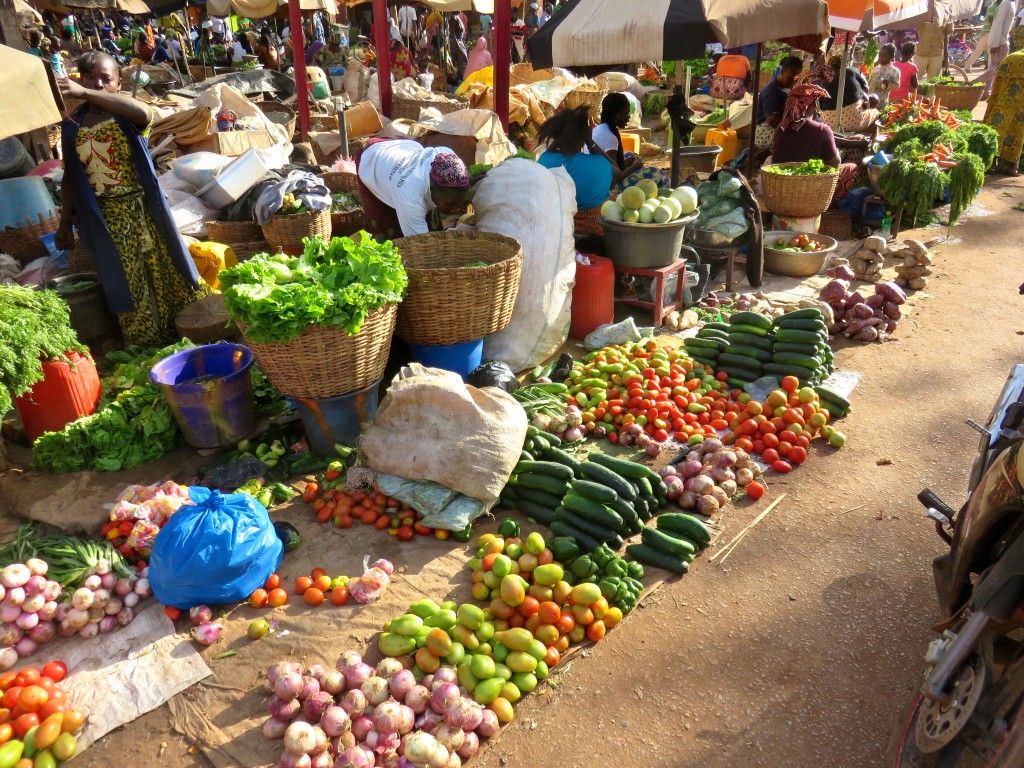 Once we crossed back into Burkina Faso, we stopped for another market (a permanent one) in the town of Ouahigouya – the center of the vegetable growing region of Burkina Faso (Jan. 2016). 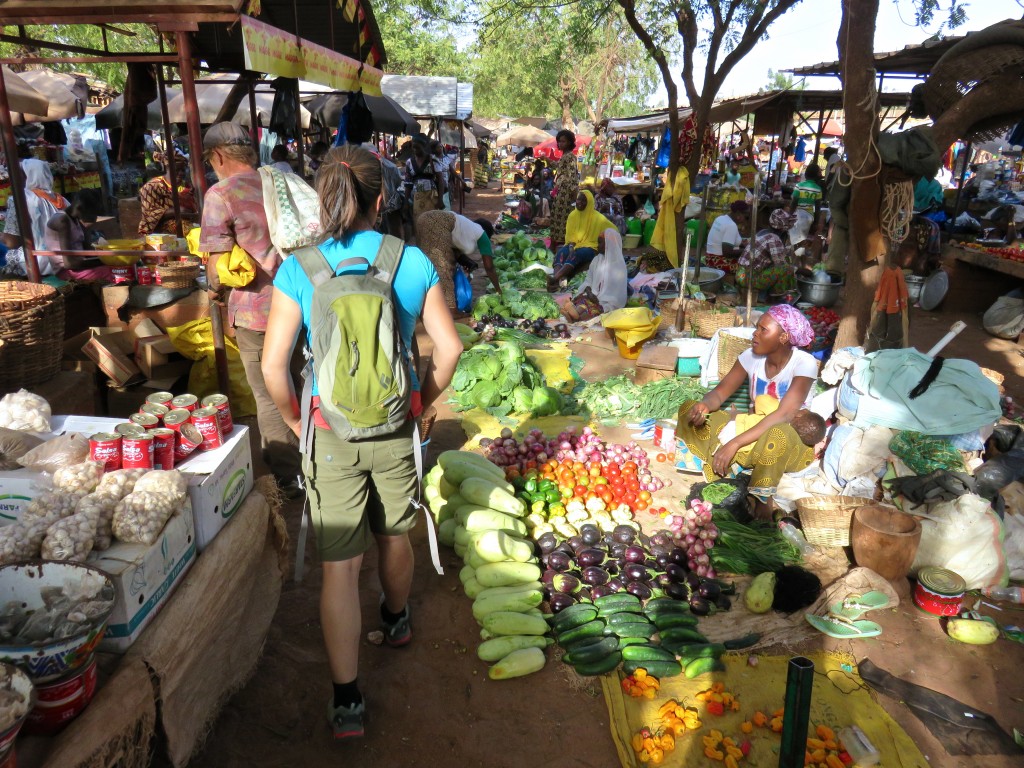 Salvador (and Shirley) veggie shopping at the Ouahigouya market (Jan. 2016). 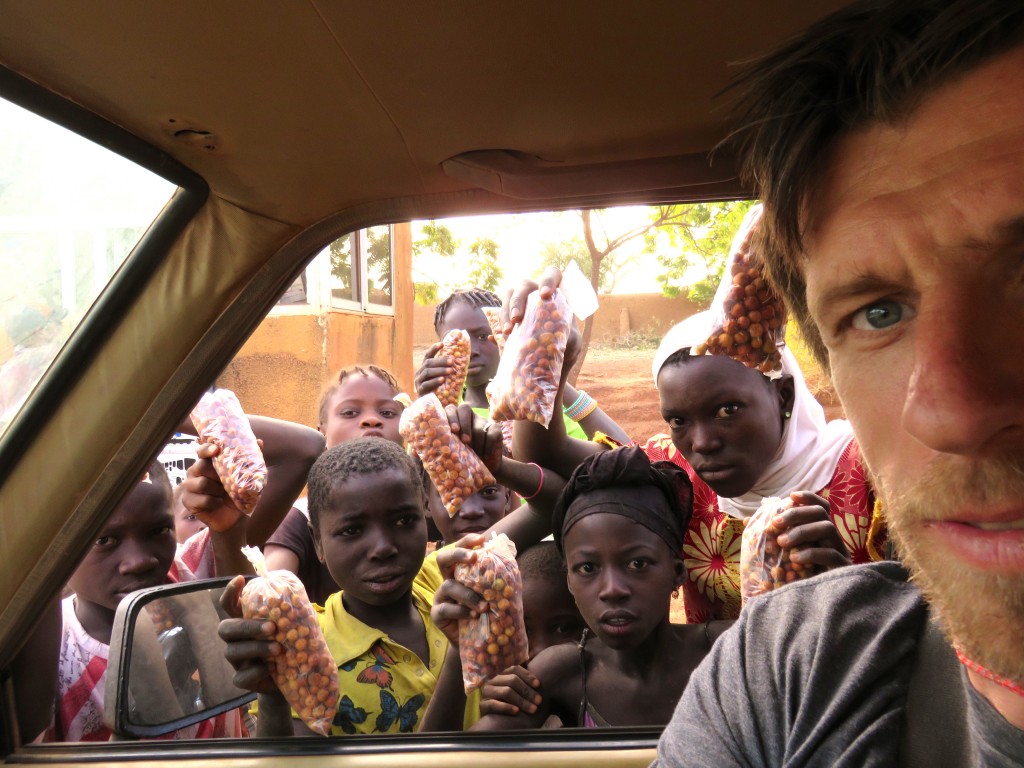 At a toll station on the road in Burkina Faso we were met with some enthusiastic salespeople. The sales pitch worked on us and we bought a couple of bags of these fruits (I forget the name but trust me when I say they’re tasty; Jan. 2016). 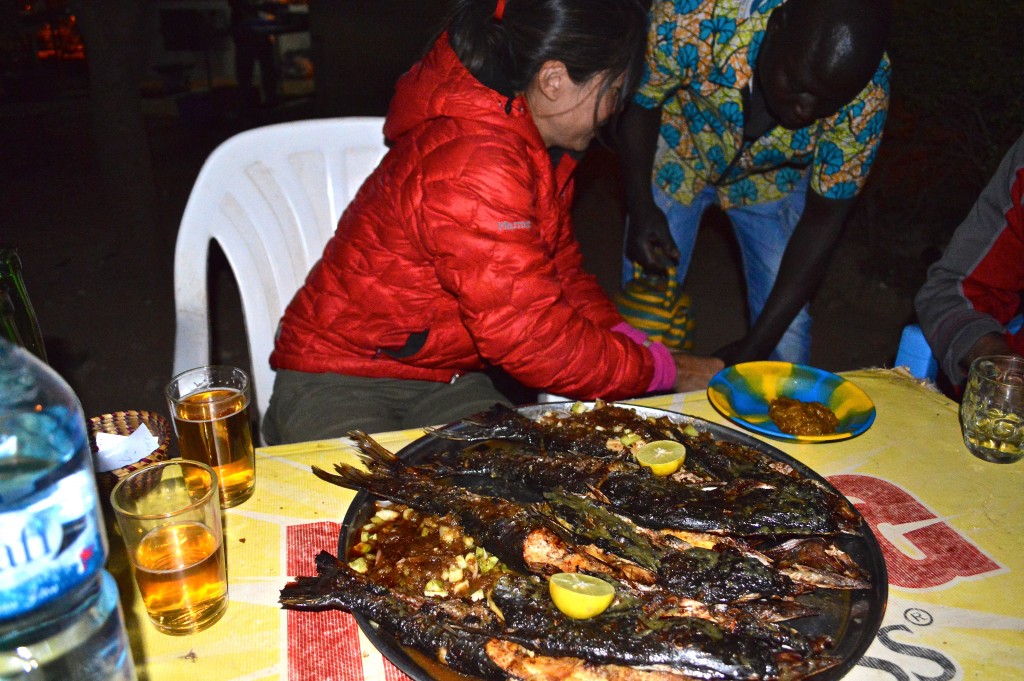 Shirley kept hinting at the fact that she’s tired of chicken (or goat) and so Salvador and his wife took us to a great, local fish place in Burkina Faso on the evening when we got back to town. It was excellent (Jan. 2016). 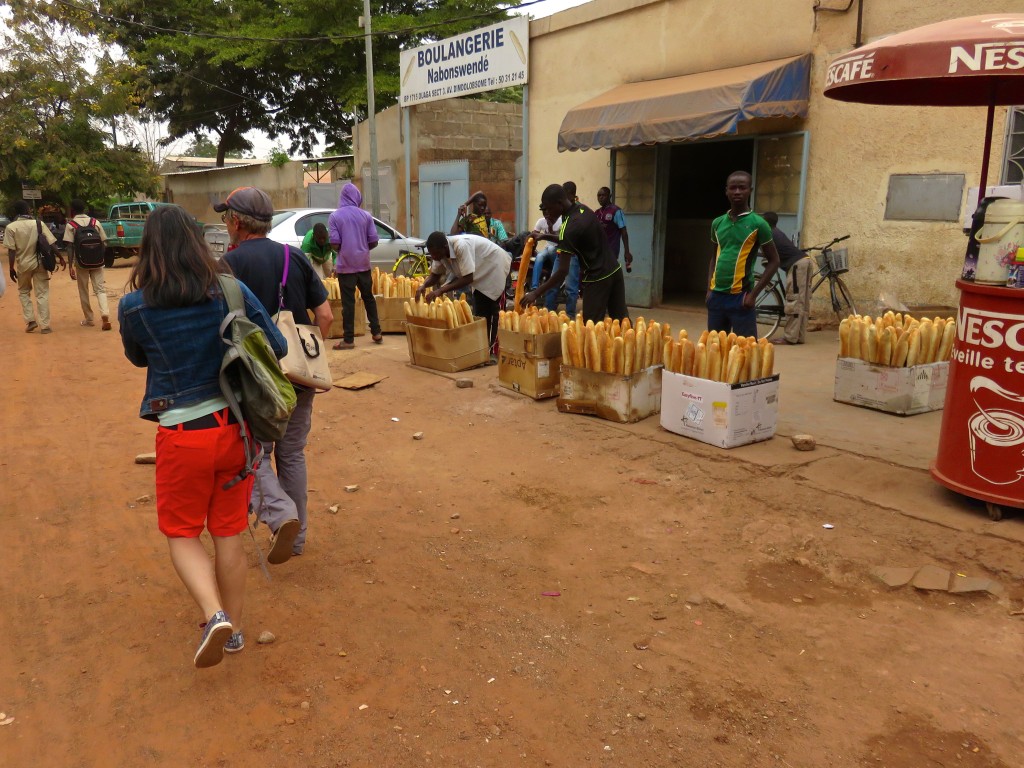 In the morning, Salvador took us on a sightseeing and shopping tour of Ouagadougou (Jan. 2016). 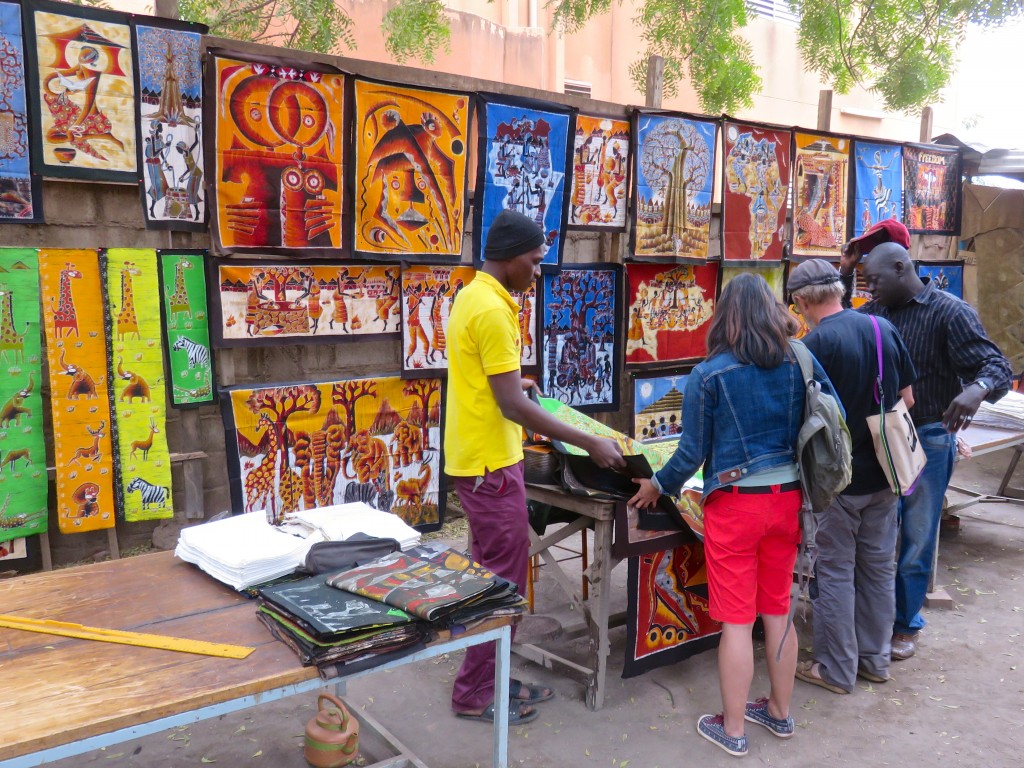 Haggling over some stuff at an arts and crafts market in Ouaga (Jan. 2016). 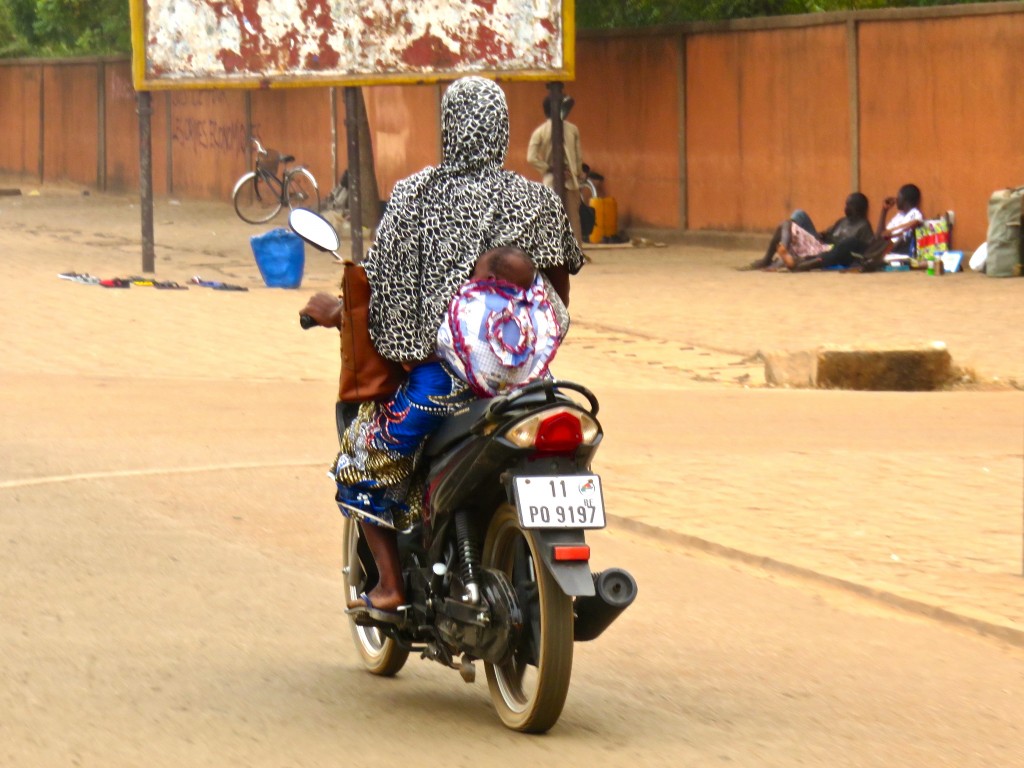 A mother and child on a motorcycle in Ouagadougou (Jan. 2016). 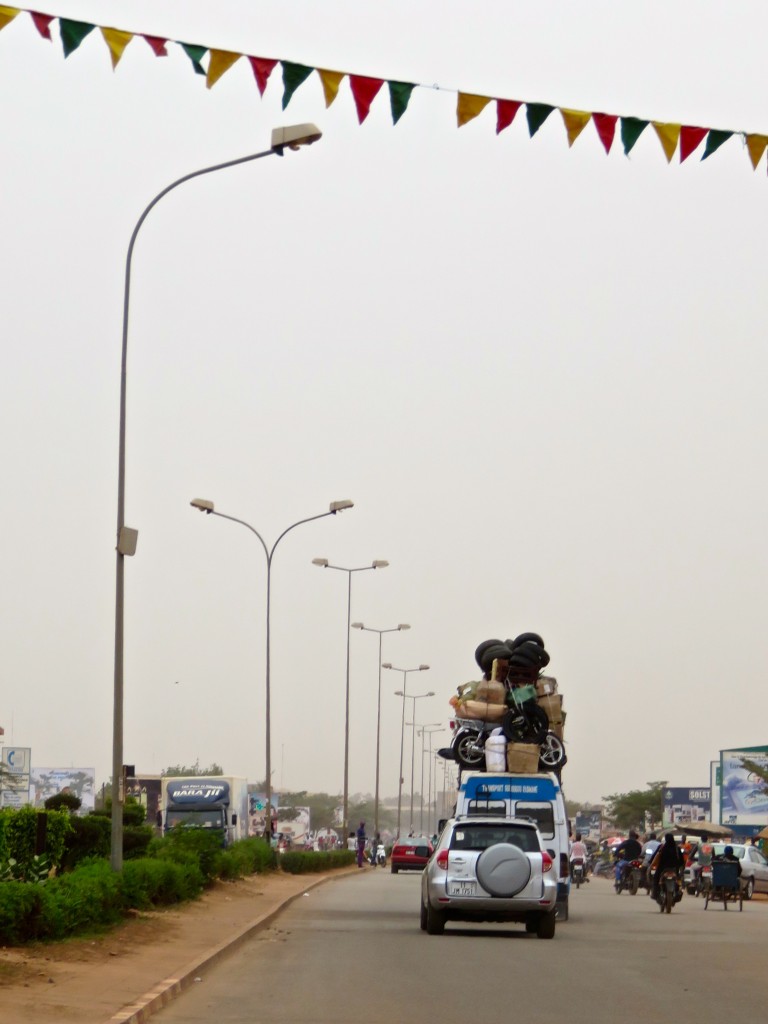 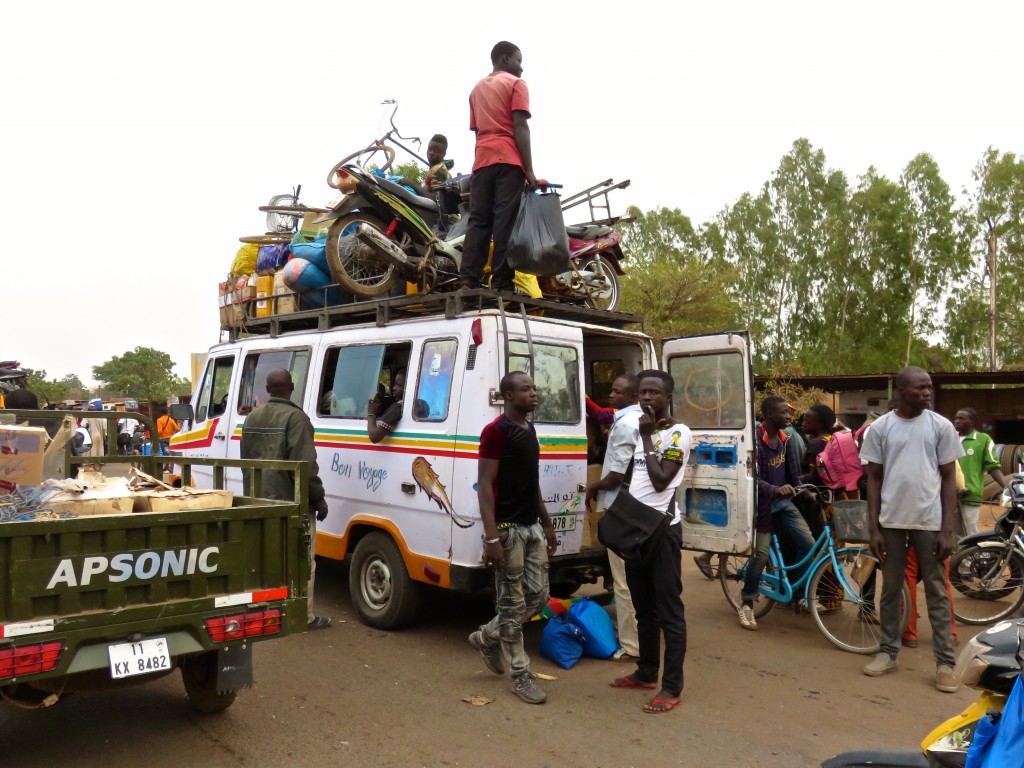 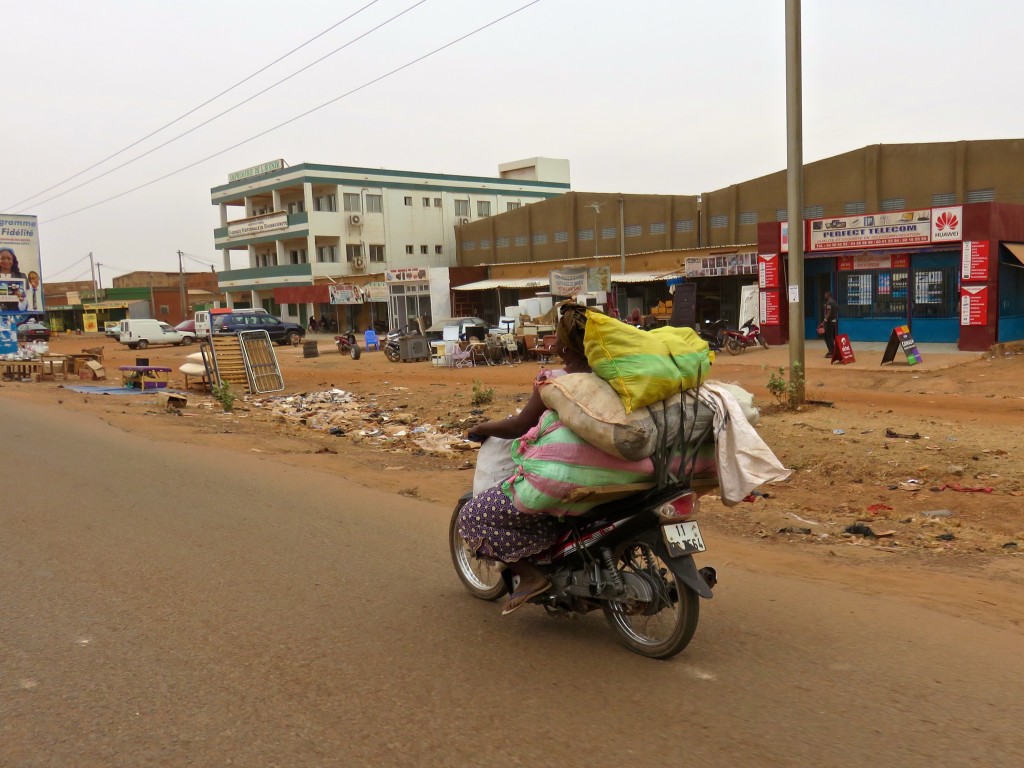 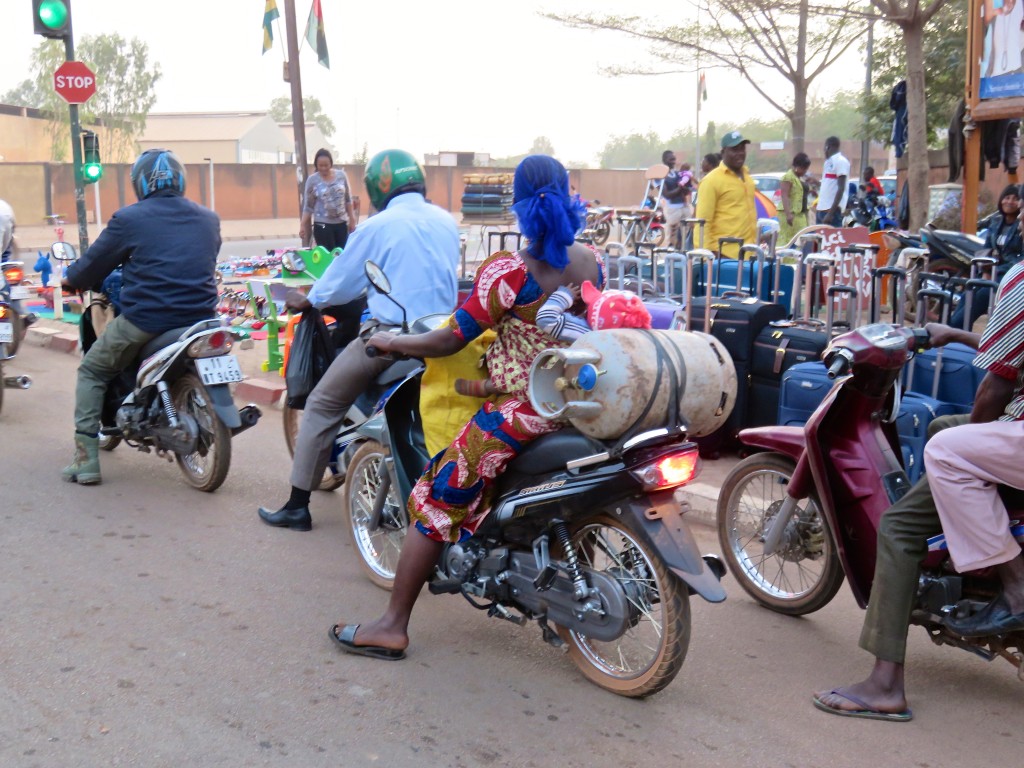 Mother, child and a mid-sized tank of propane on a motorcycle (Jan. 2016). 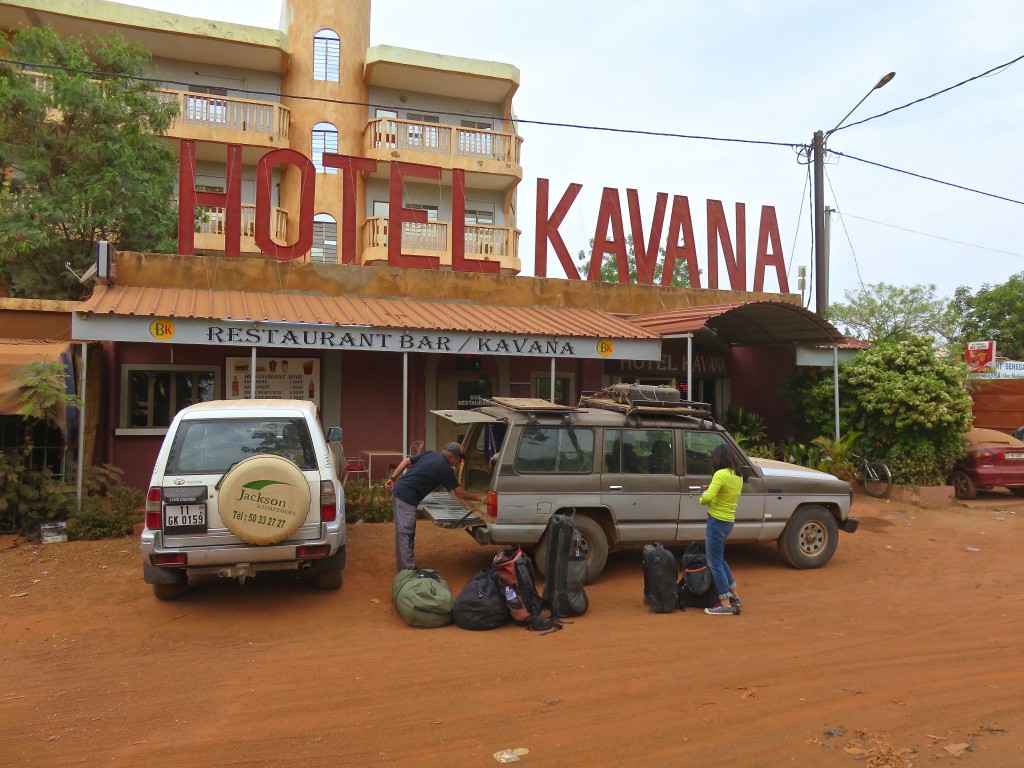 That’s it folks – time to go back home. Packing up in front of our hotel (not Splendid but pretty excellent) in Ouaga. Thank you Salvador! 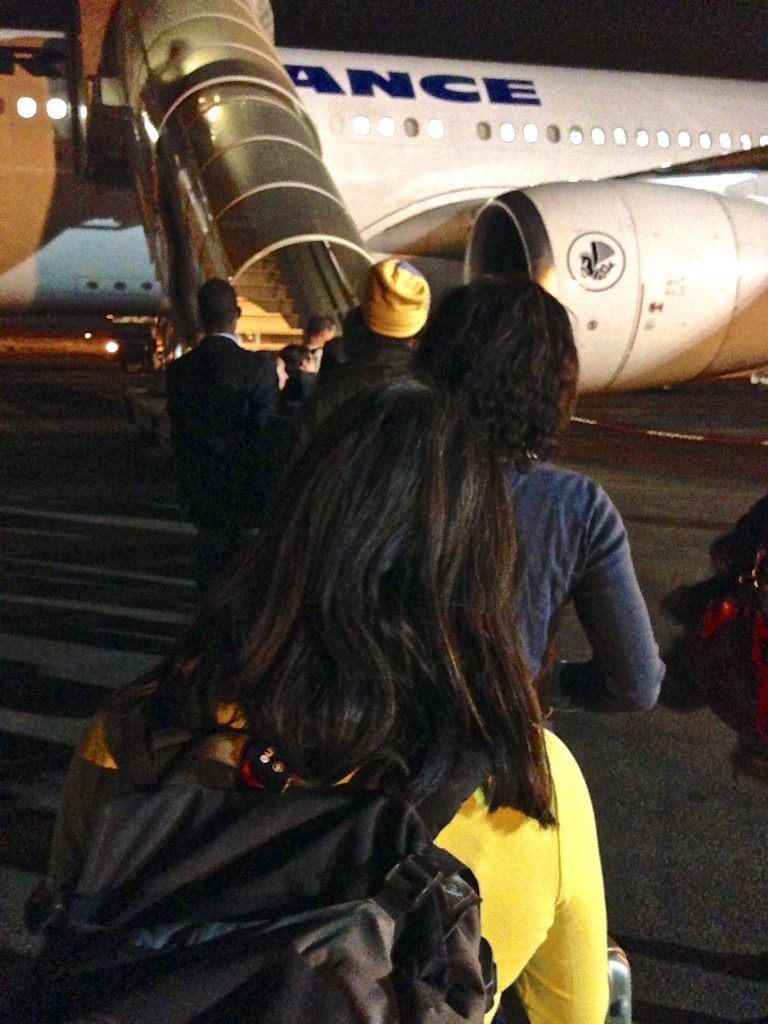 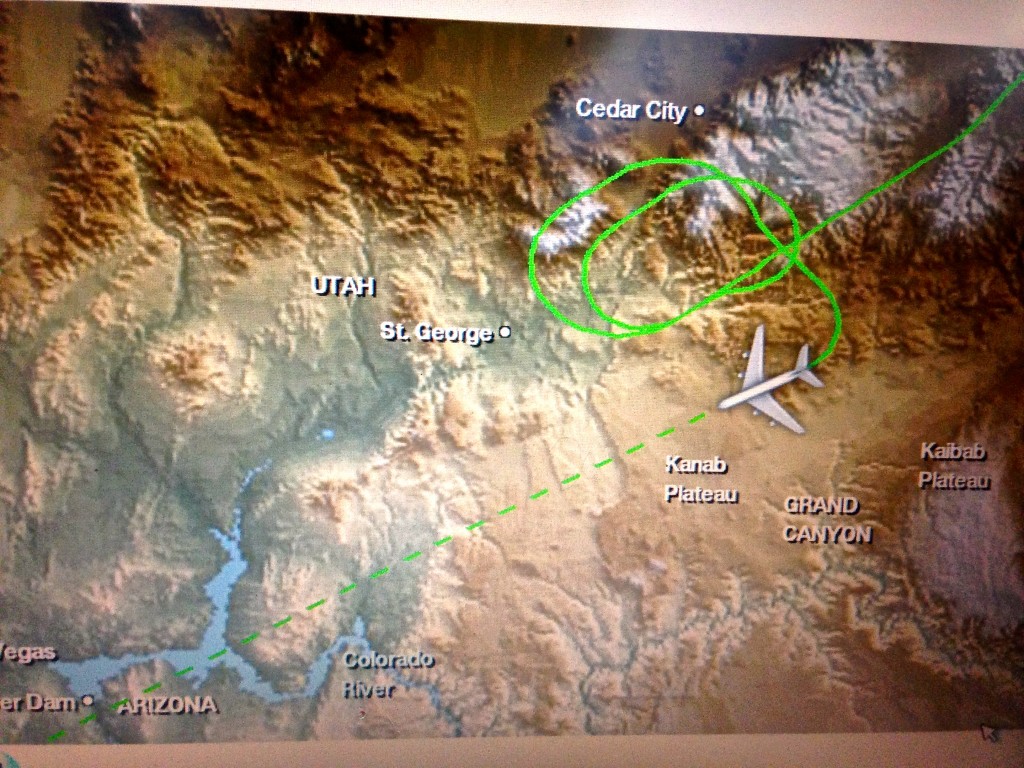 Always get a bit nervous when flying over the third world (Jan. 2016).

Go back to Mali.