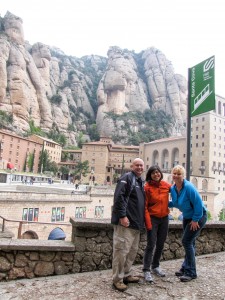 With our climbing time over, we headed back to Barcelona to spend the last two days of the trip sightseeing the city with our family from the UK. Besides family time, the sightseeing highlight was a tourist visit to Montserrat. We also caught one final glimpse of the Mallos from 35000 ft up in the sky on our way back. Later that day we were home where apparently a week of beautiful summery weather had just come to an end and drizzly wet pattern had returned. All was right with the world. 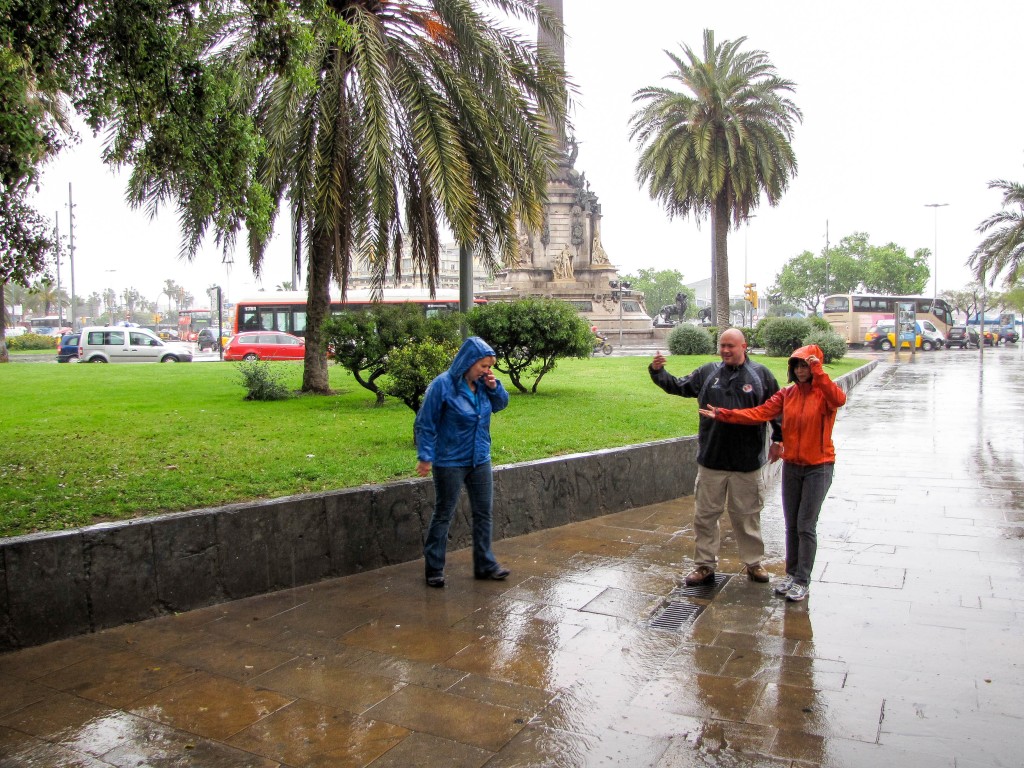 Rainy Barcelona with Jason & Agata. Think that’s the Columbus Monument in the background (May 2010). 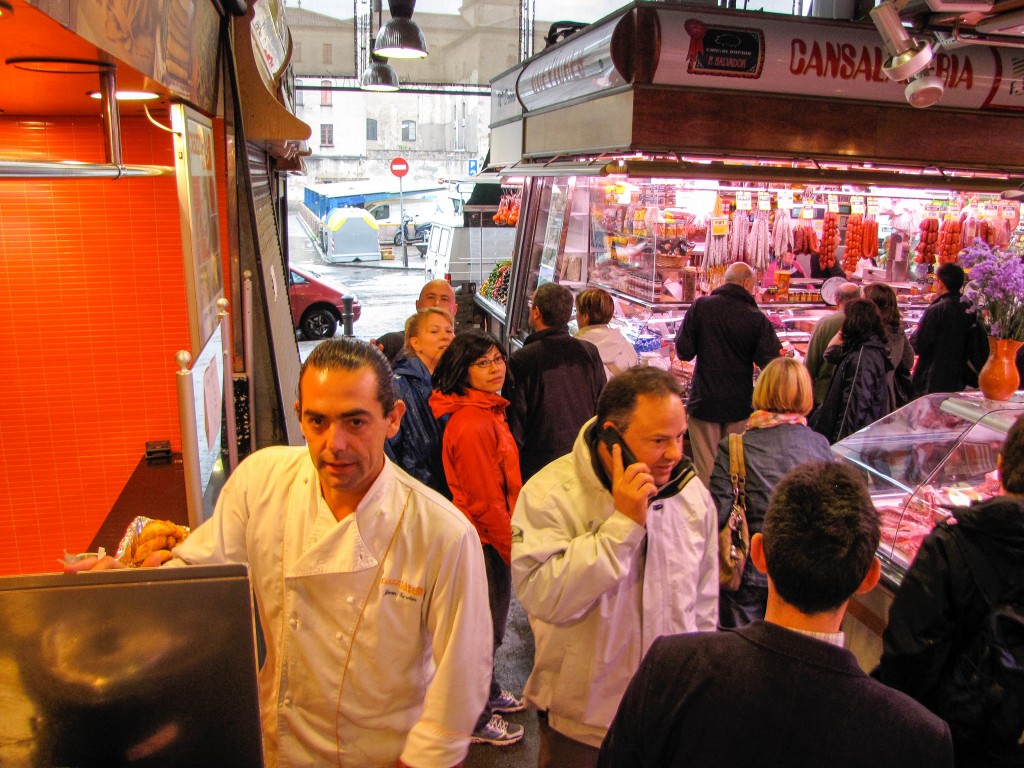 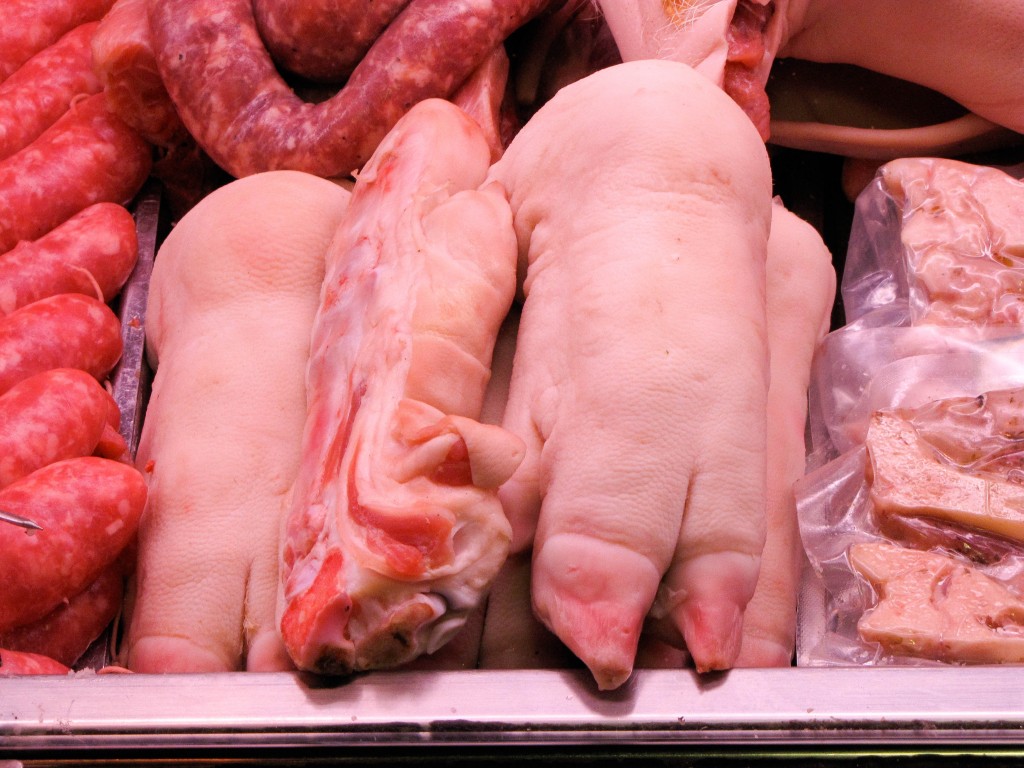 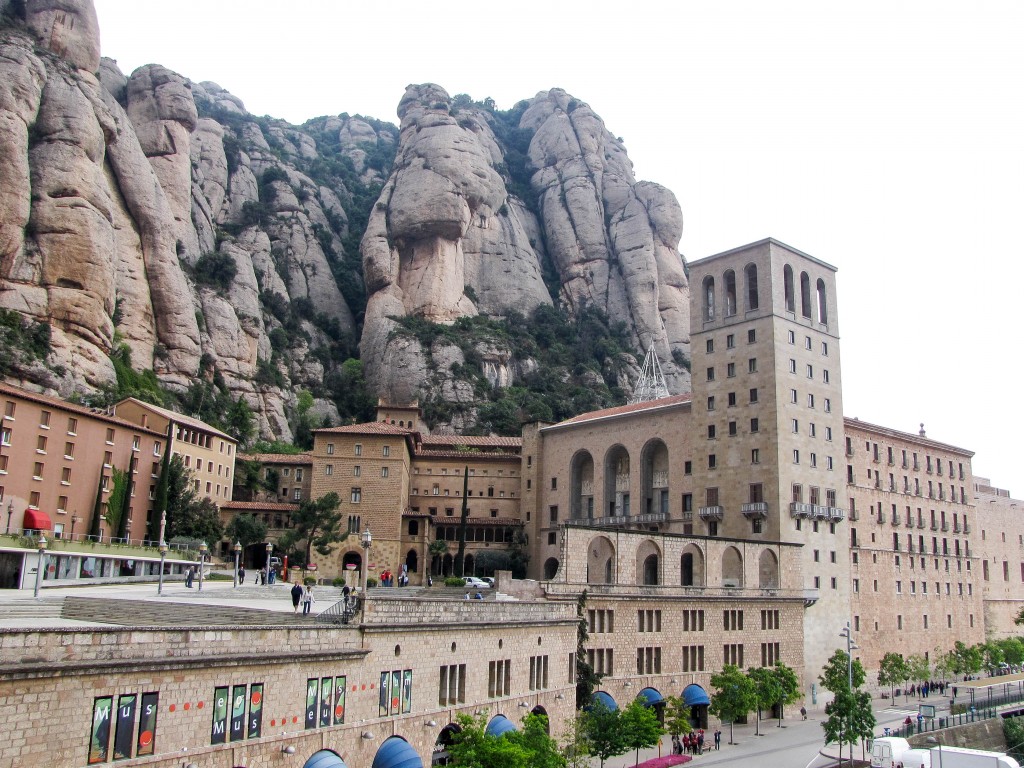 The Benedictine monastery in Montserrat (May 2010). 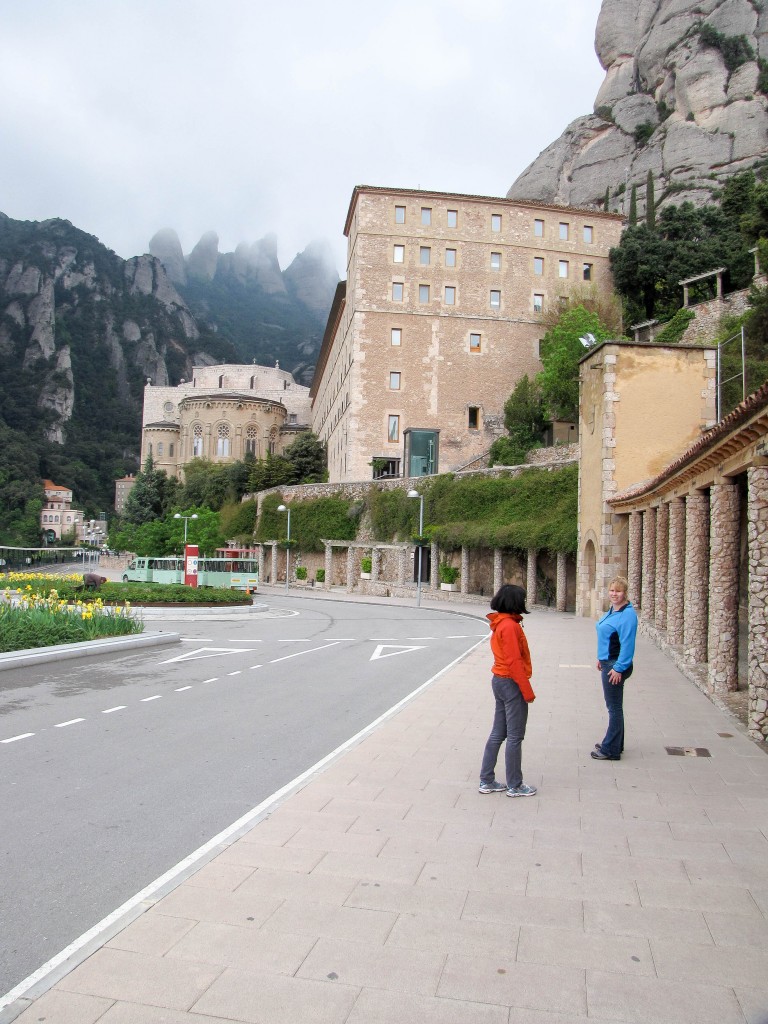 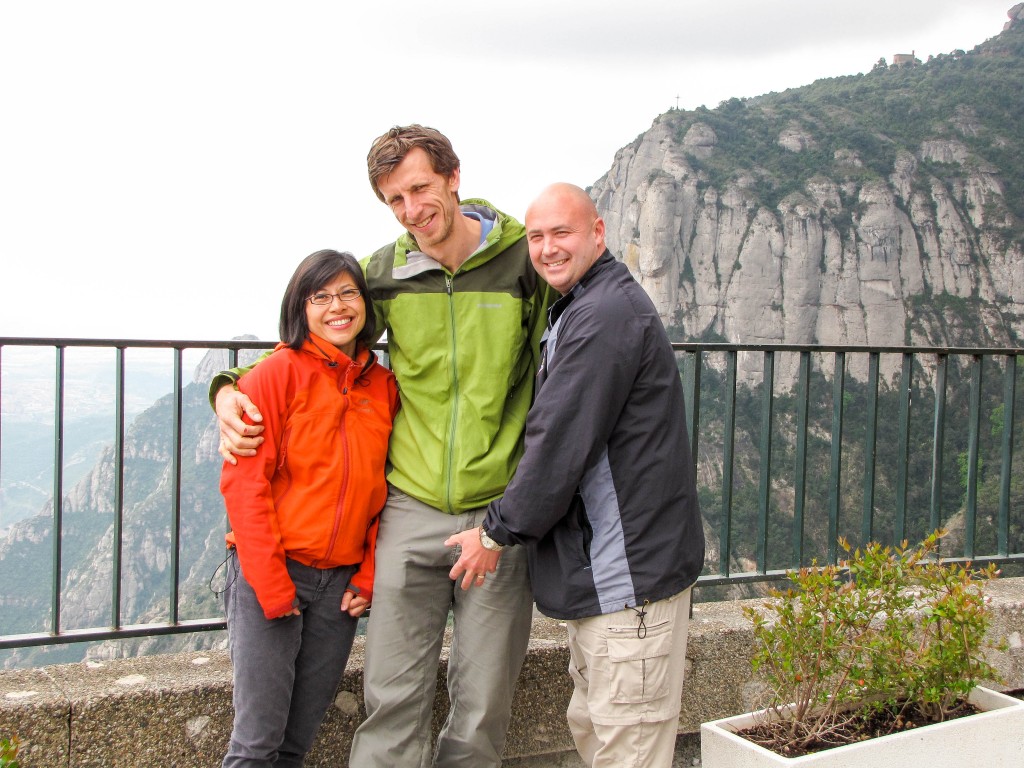 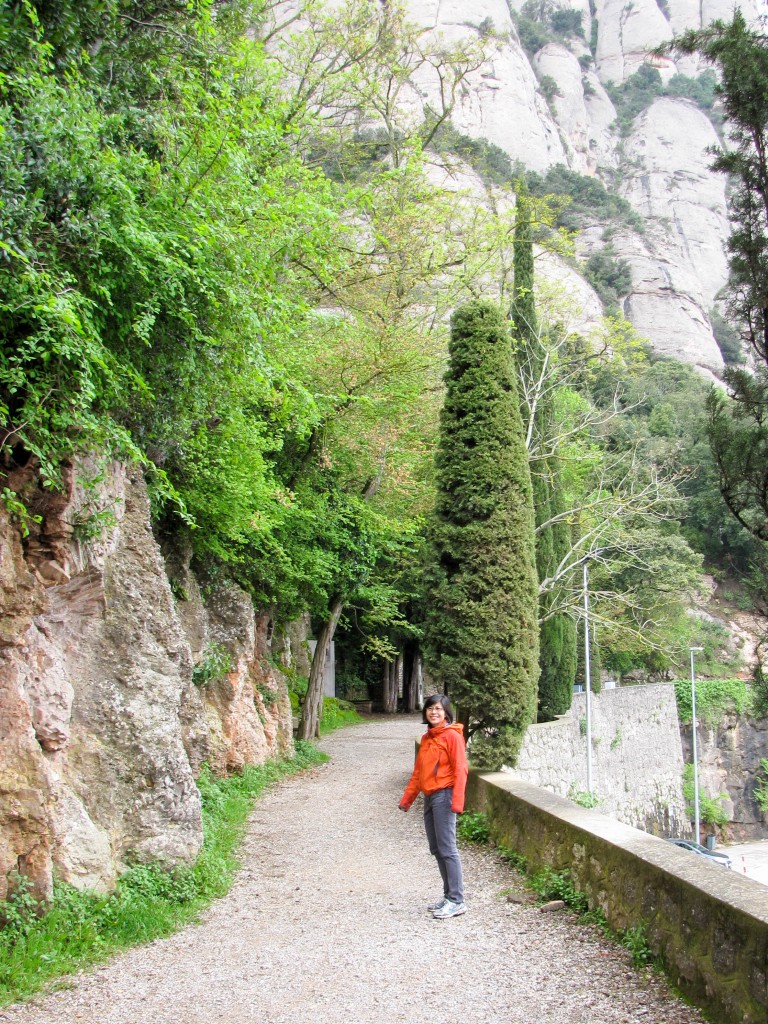 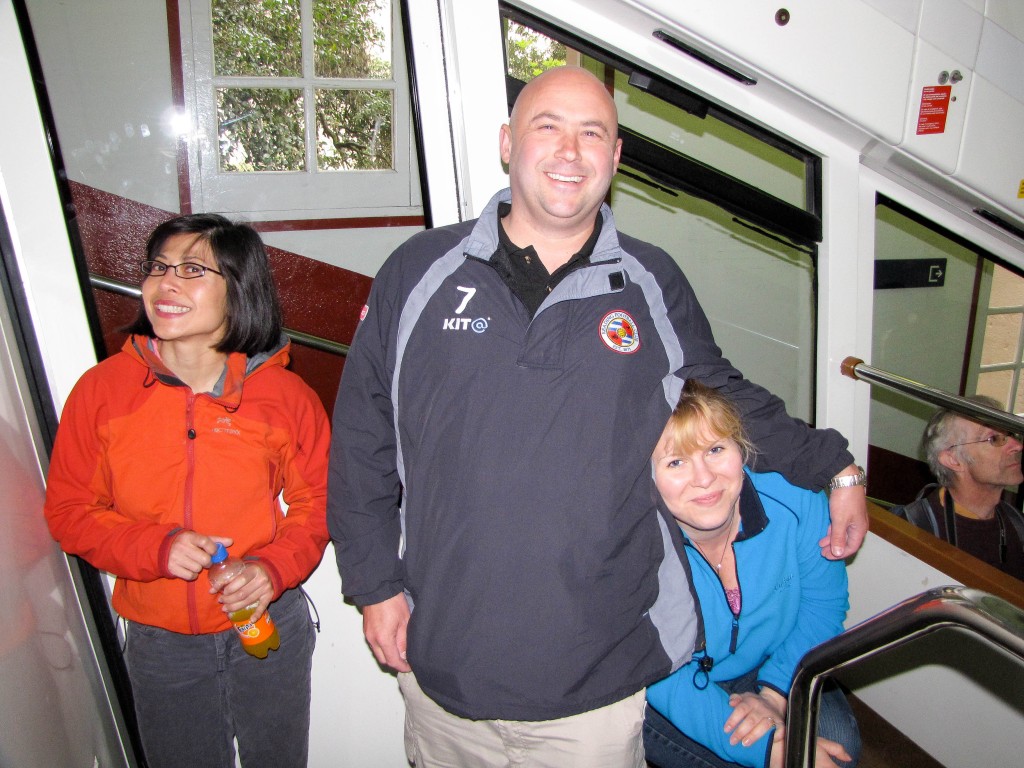 The crew aboard the Sant Joan Funicular in Montserrat (May 2010). 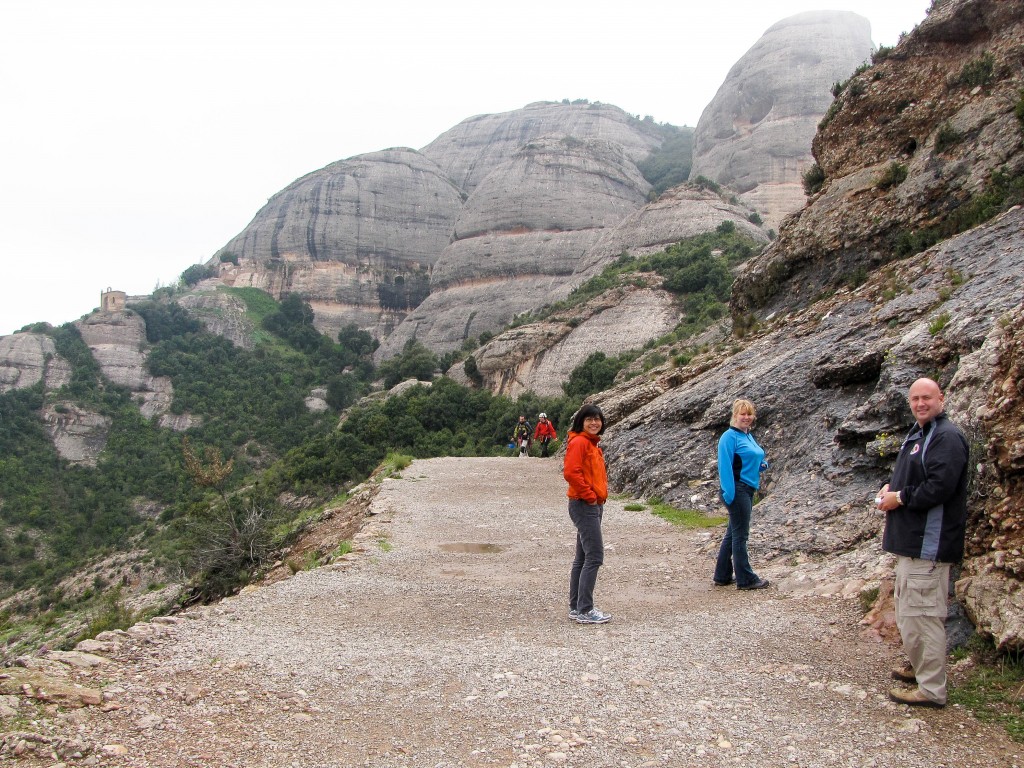 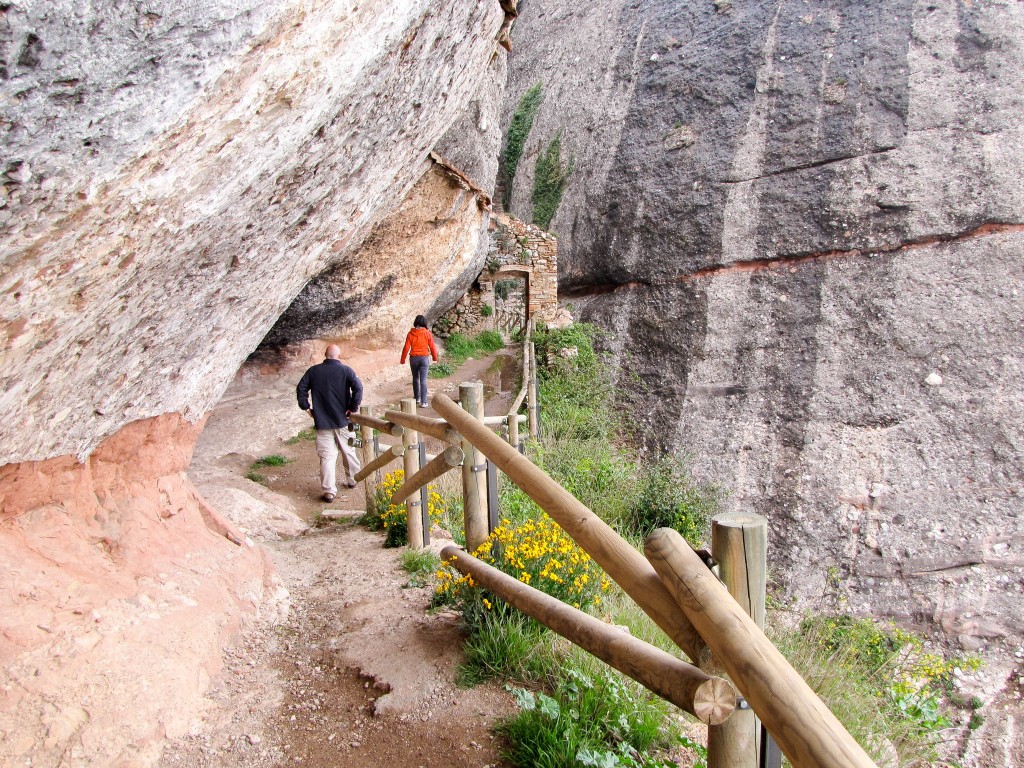 In search of bathrooms in Montserrat (May 2010). 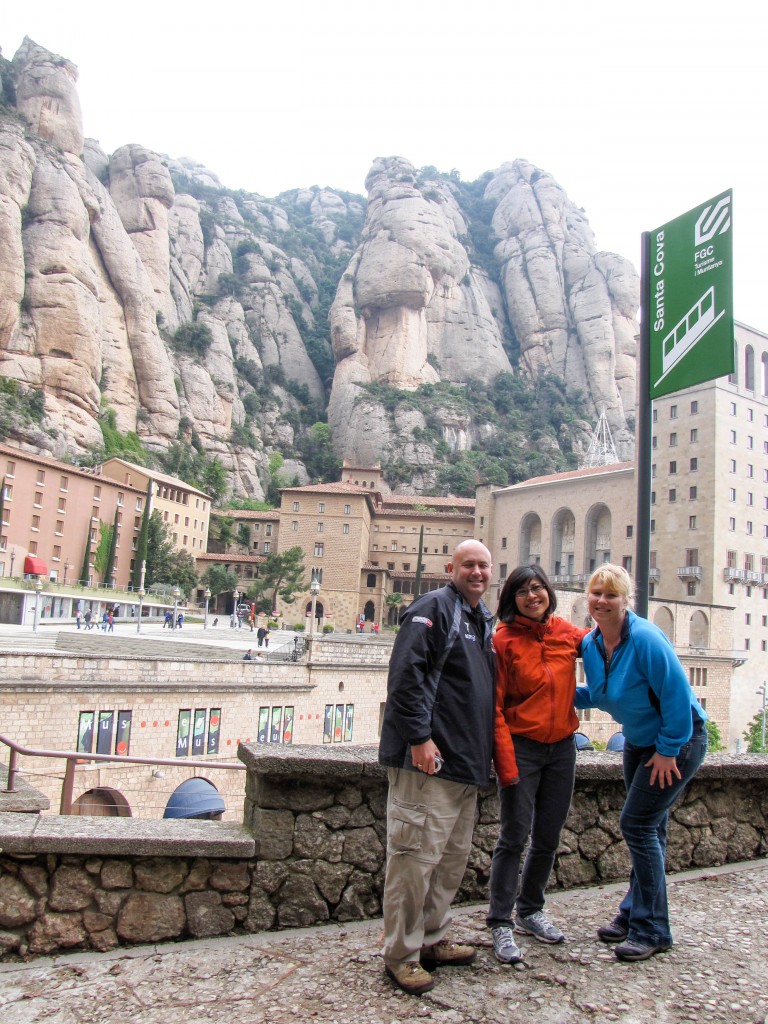 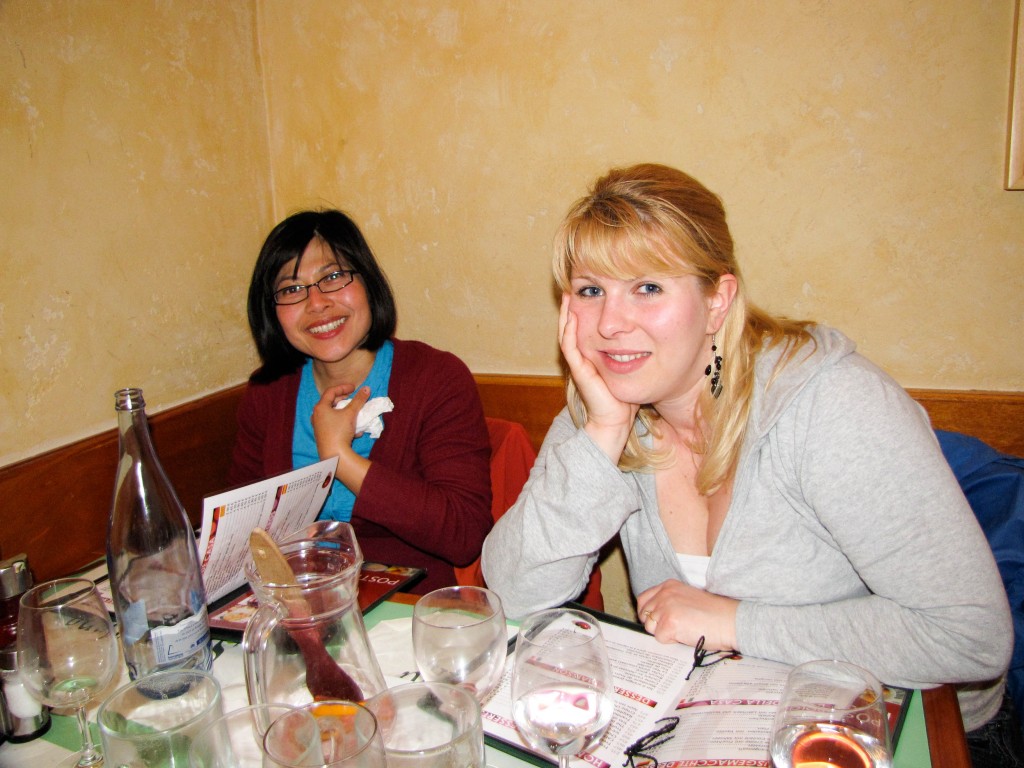 A great little place with some local Catalan fare – really enjoyed this dinner after a week of eating McD’s shit in Aragon (May 2010). 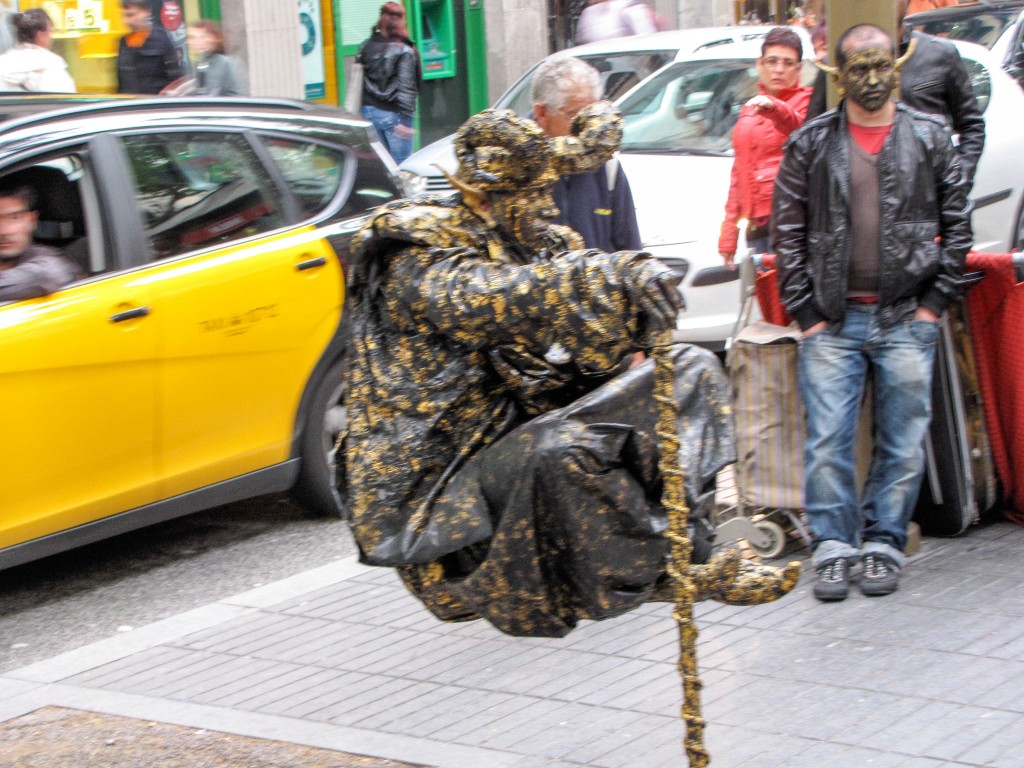 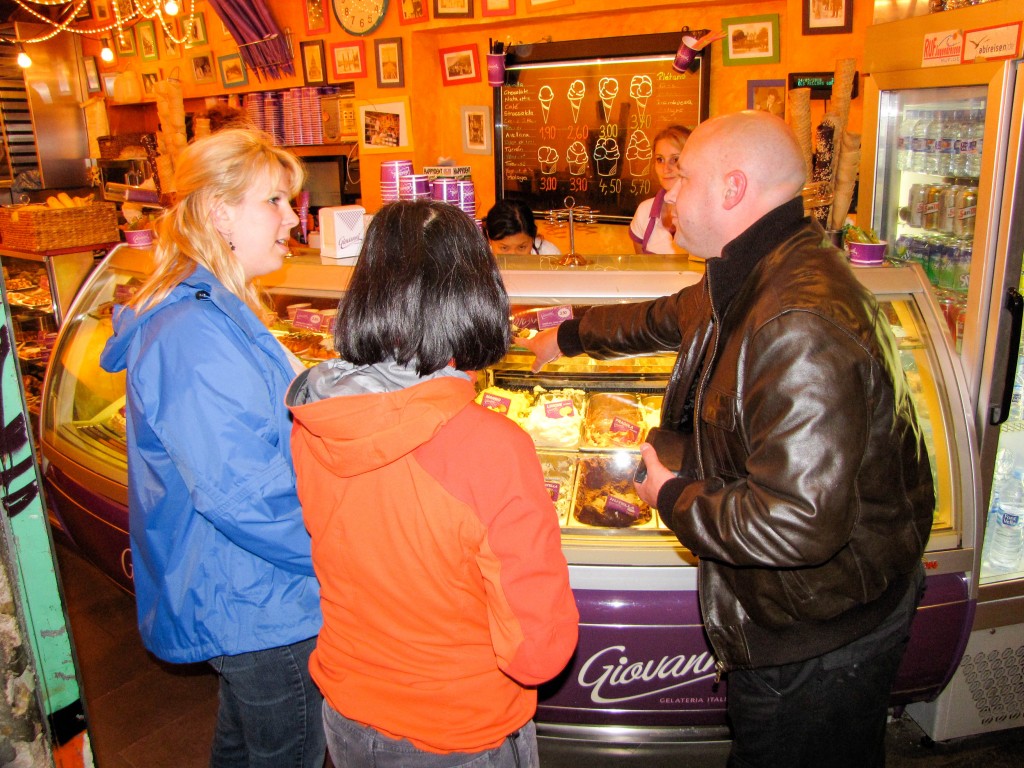 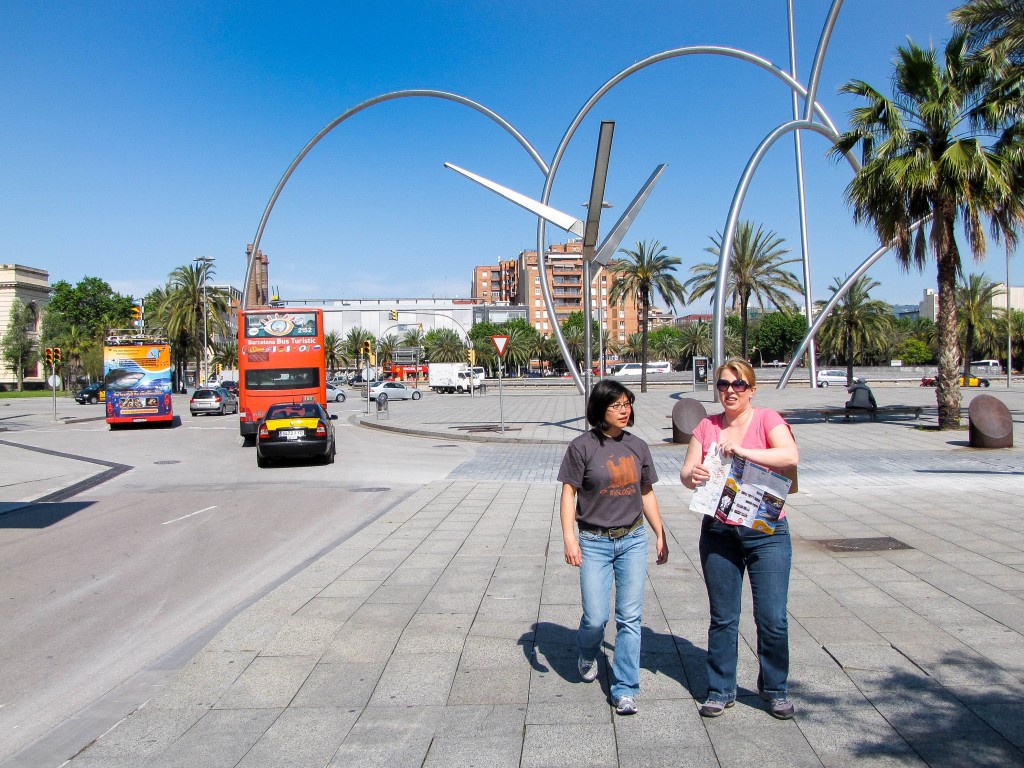 Day 2 in Barcelona and our final day in Spain…good to see that the sun came out right on schedule (May 2010). 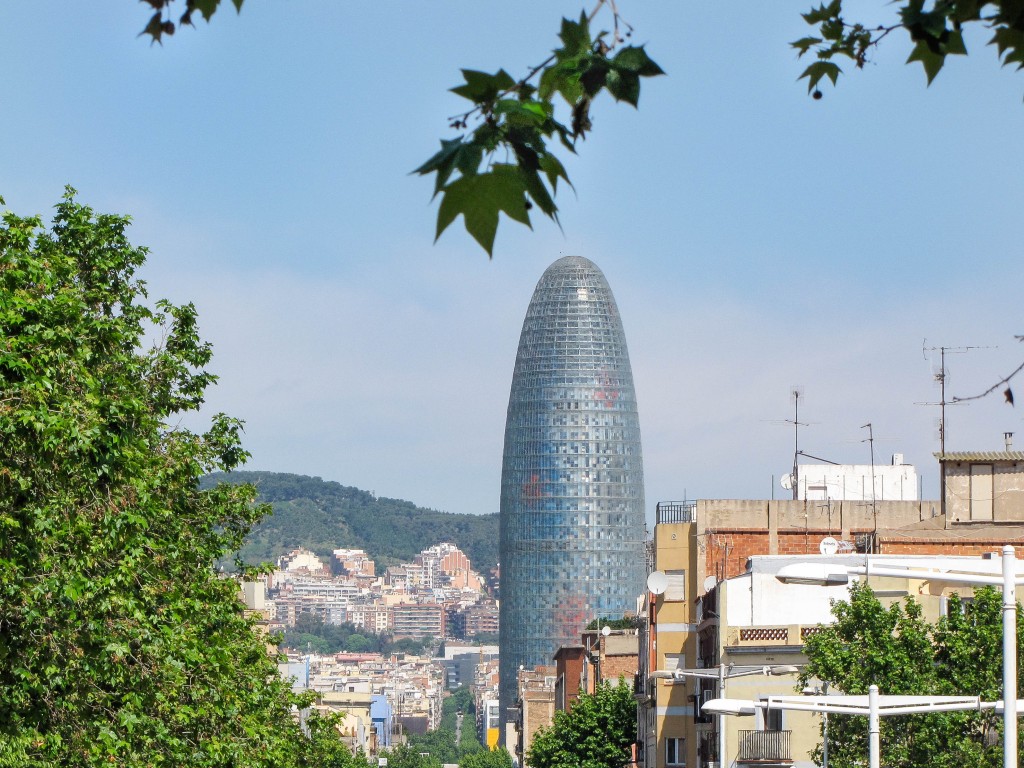 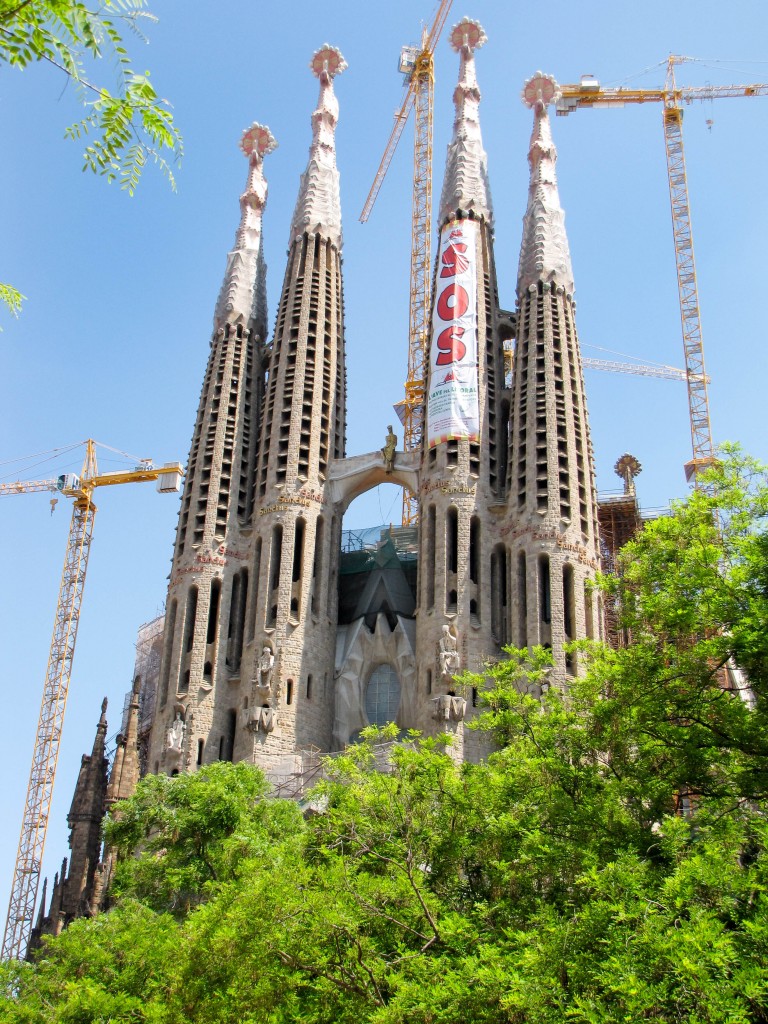 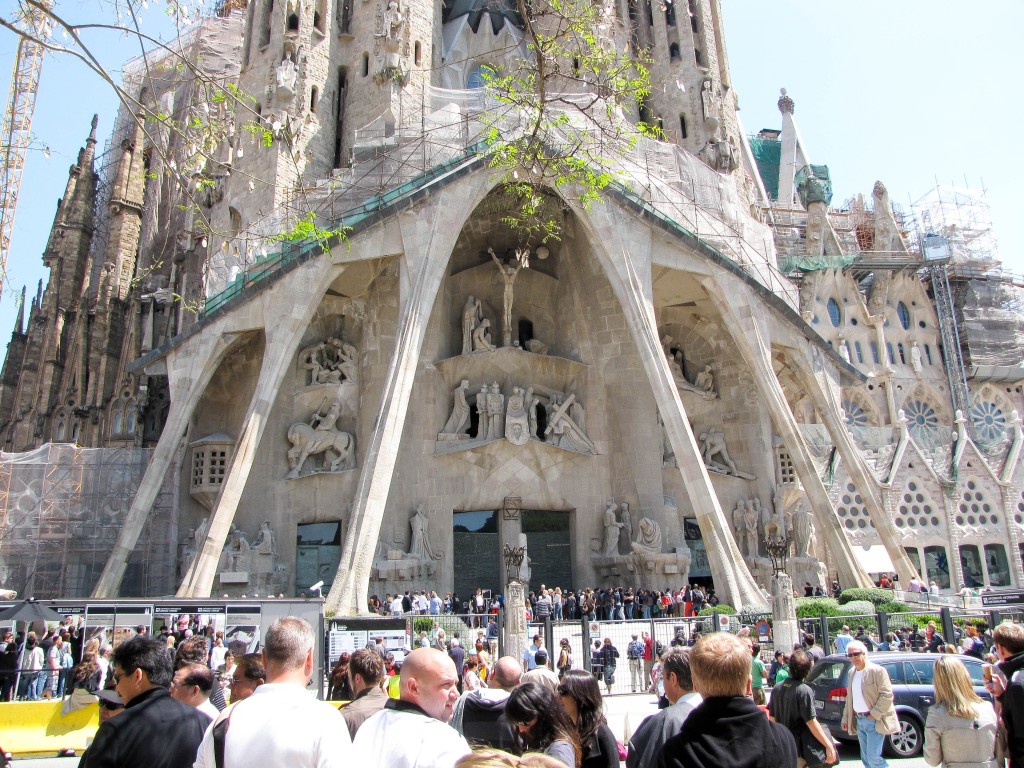 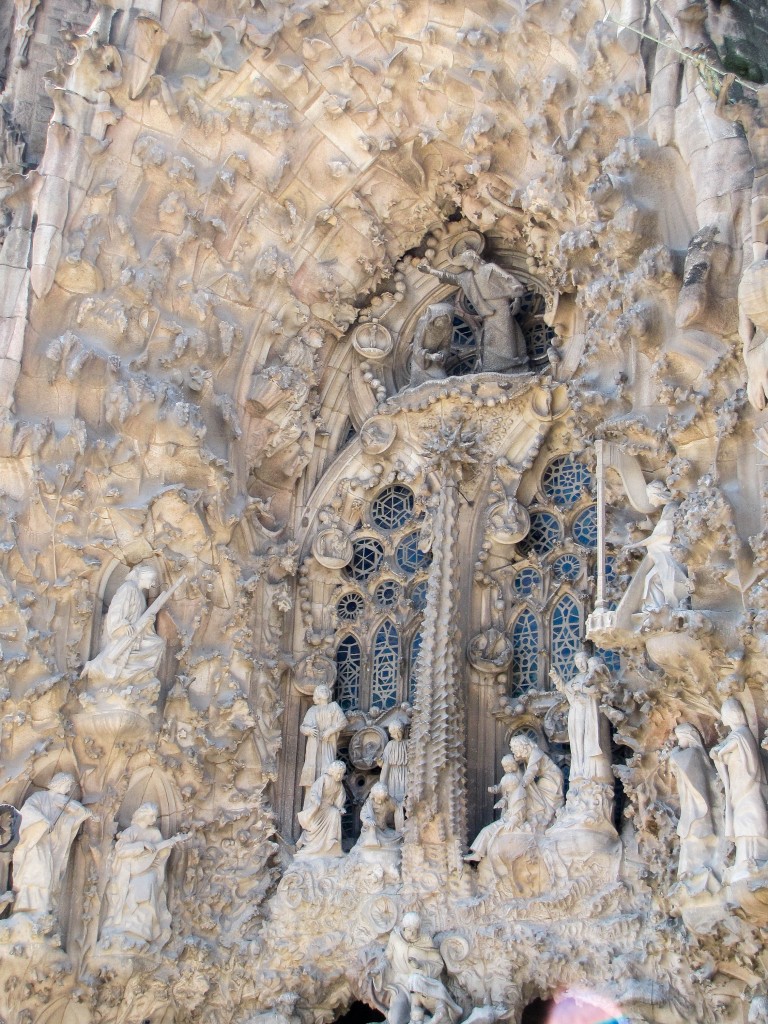 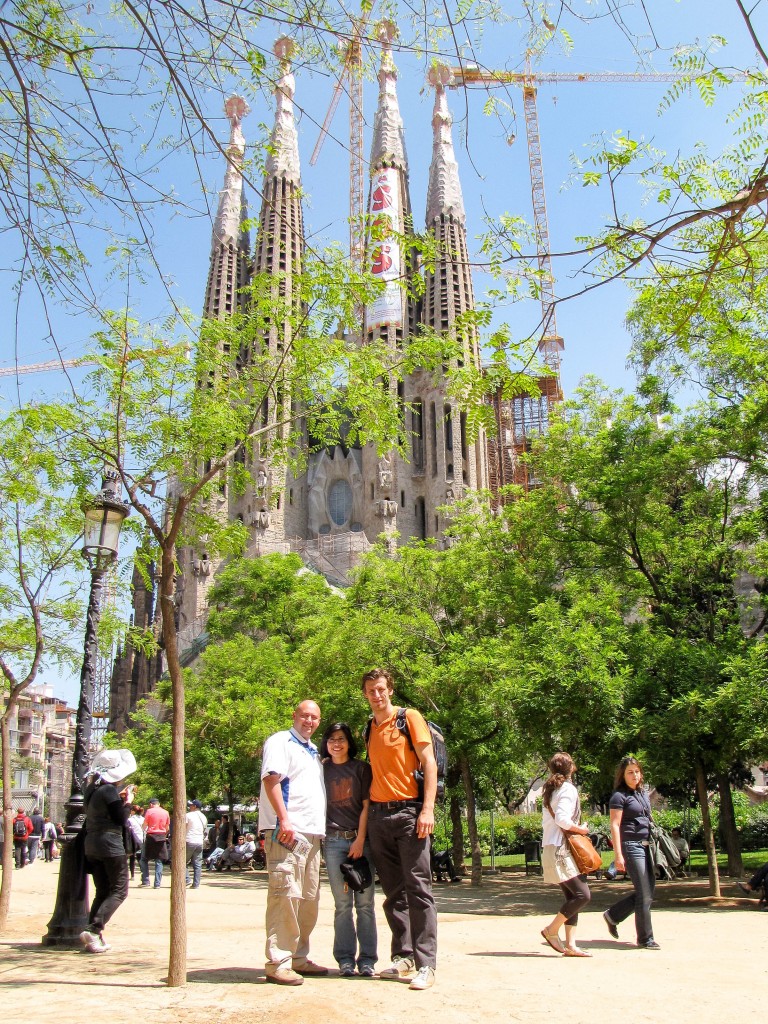 Some touristas posing in front of the Sagrada Familia (May 2010). 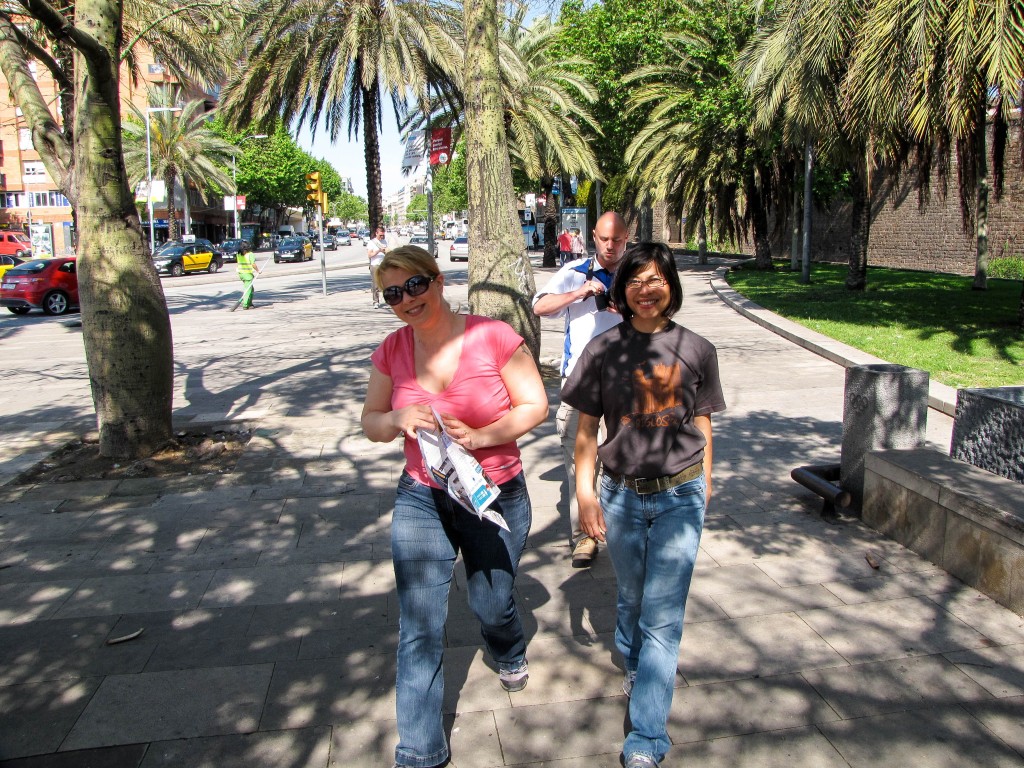 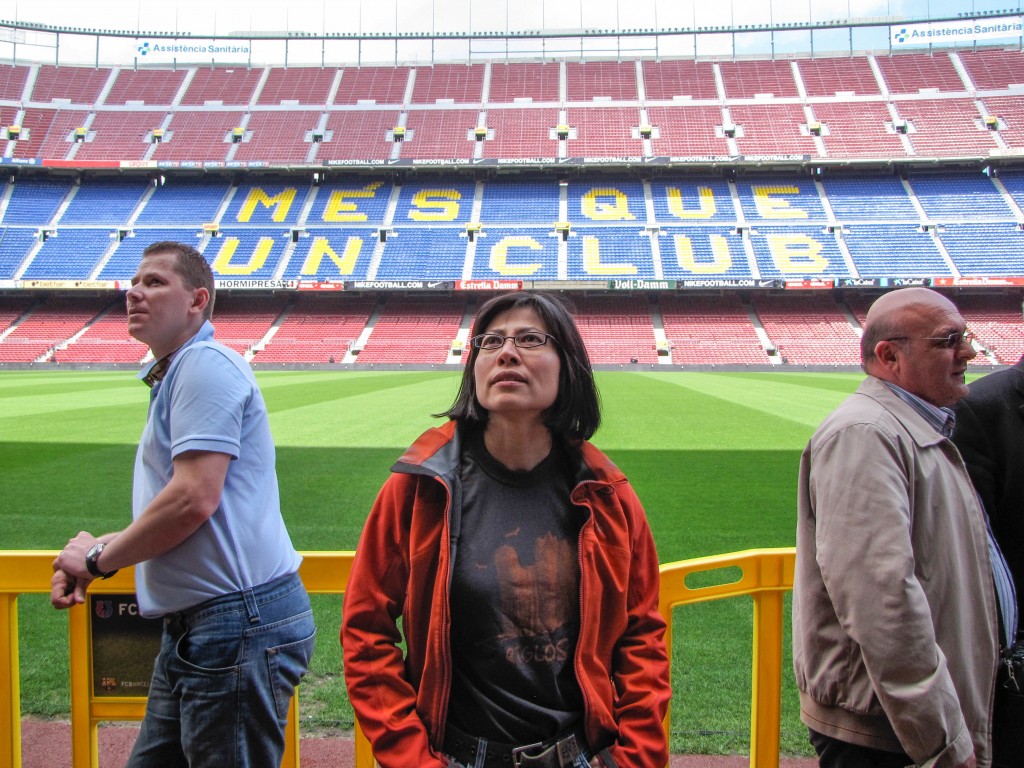 The FC Barcelona stadium…think a nice post game riot with hooligans and what not would’ve been a richer cultural experience (May 2010). 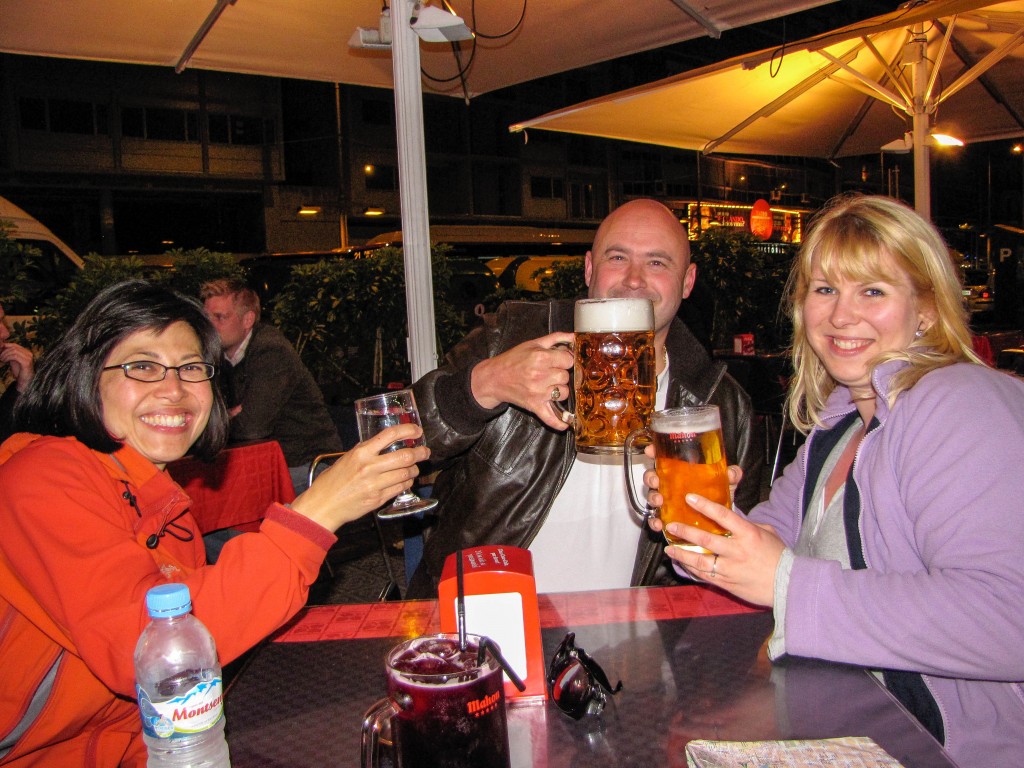 Final evening in Barcelona with Jason & Agata. Shirley was in her alcohol free phase…a short phase (May 2010). 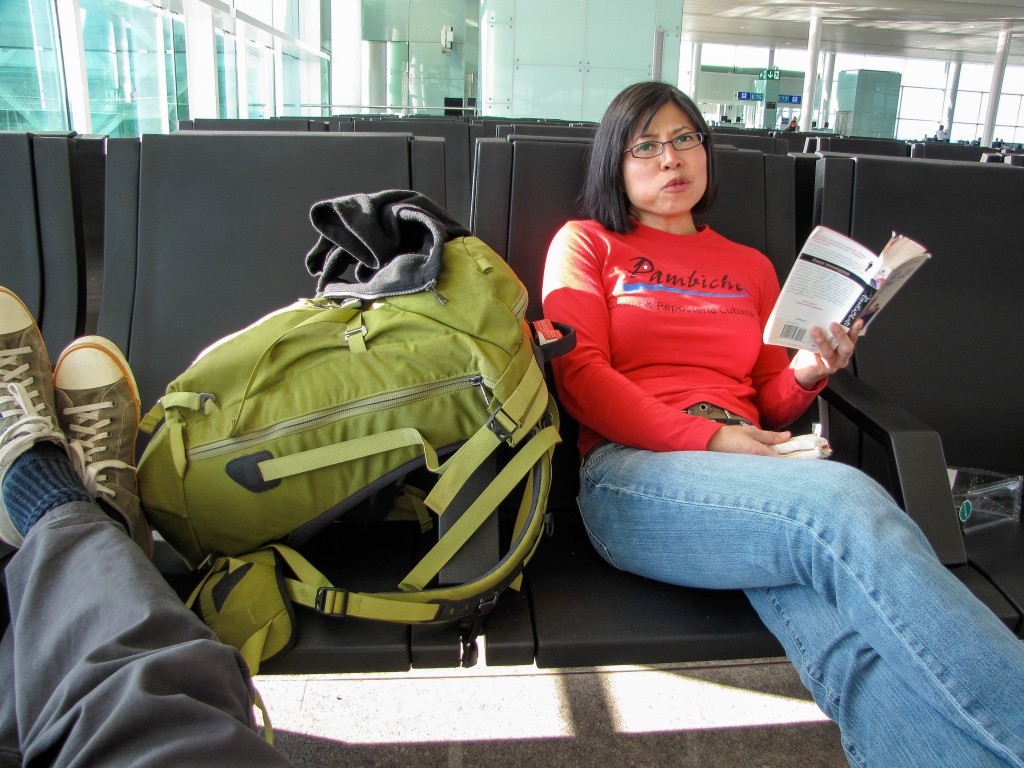 The weeklong climbing trip went by quickly (despite the rain) and it was time to head home…not such happy campers eh?

Go back to Rainy Riglos.