Go back to Thailand page. 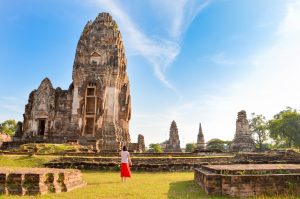 A series of long flights put us in Bangkok in the middle of the night sometime during the Christmas weekend. The following morning we made the quick trip north to the town of Lopburi . The goal here was to climb a few multi-pitch lines on a limestone peak called Khao Chin Lae 2 located some 20 km outside of town. I have seen photos of the formation a few years earlier on mountainproject and was intrigued by this pointy peak sticking out from the flat sunflower fields of central Thailand . The talk of “longest routes in Thailand ” and “off the beaten path” were also a huge draw for us. Indeed during the next 3 days we saw no other climbers and the handful of run-ins with western tourists were all confined to the town. We spent the rest of the day exploring the old part of town including temple ruins overrun with monkeys and pigging out on local fruits. This last part was a wise call as fruit vendors were nowhere to be found a week later in Railay. We also learned early on that everyone we meet will assume that Shirley speaks Thai fluently and by association I too should have some minimal comprehension of the language. We received a range of responses when reality finally set in. 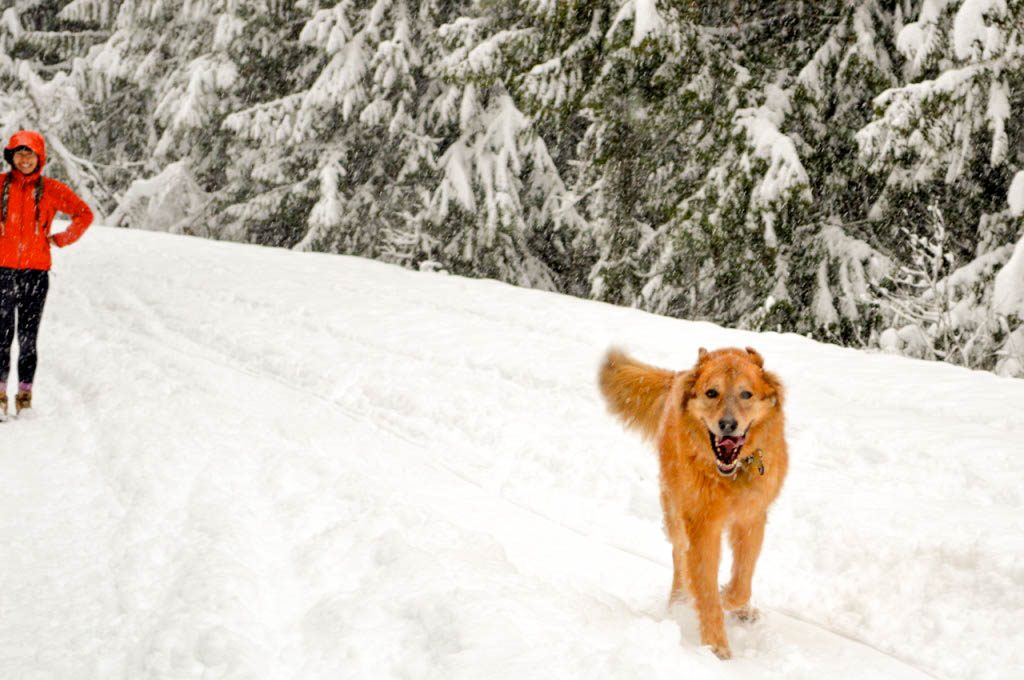 The good-bye walk with our sweet girl before we part company for two weeks (Dec. 2012). 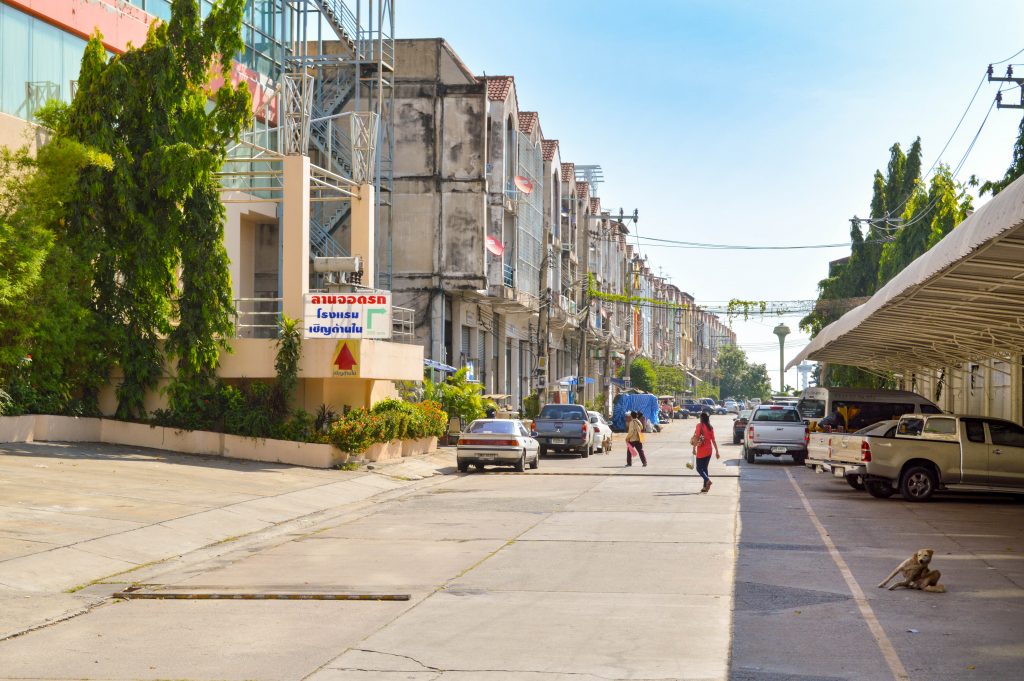 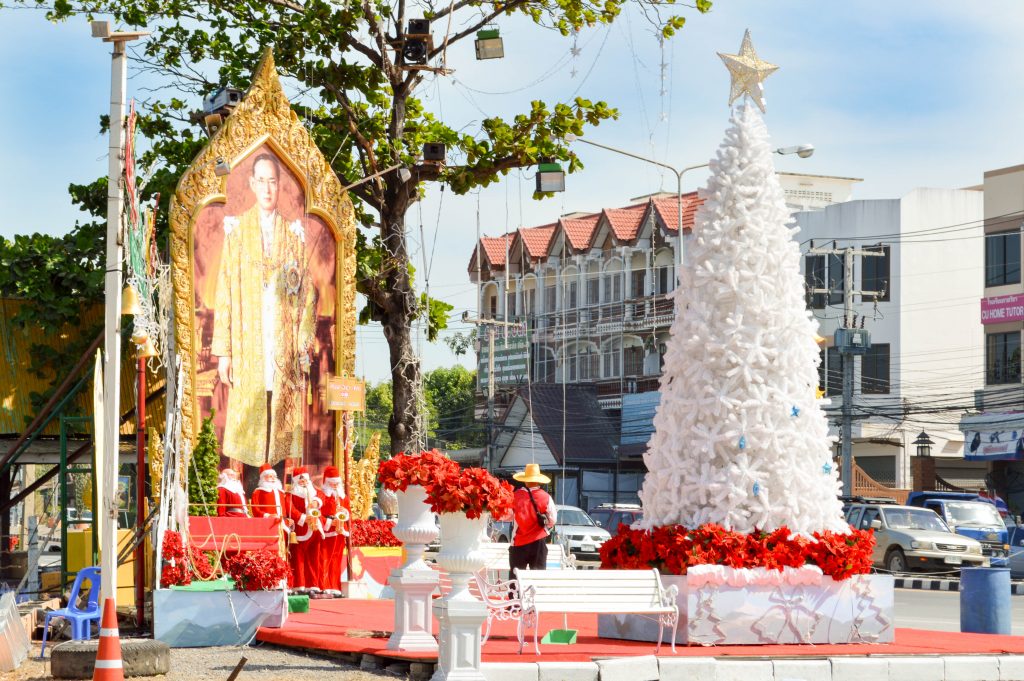 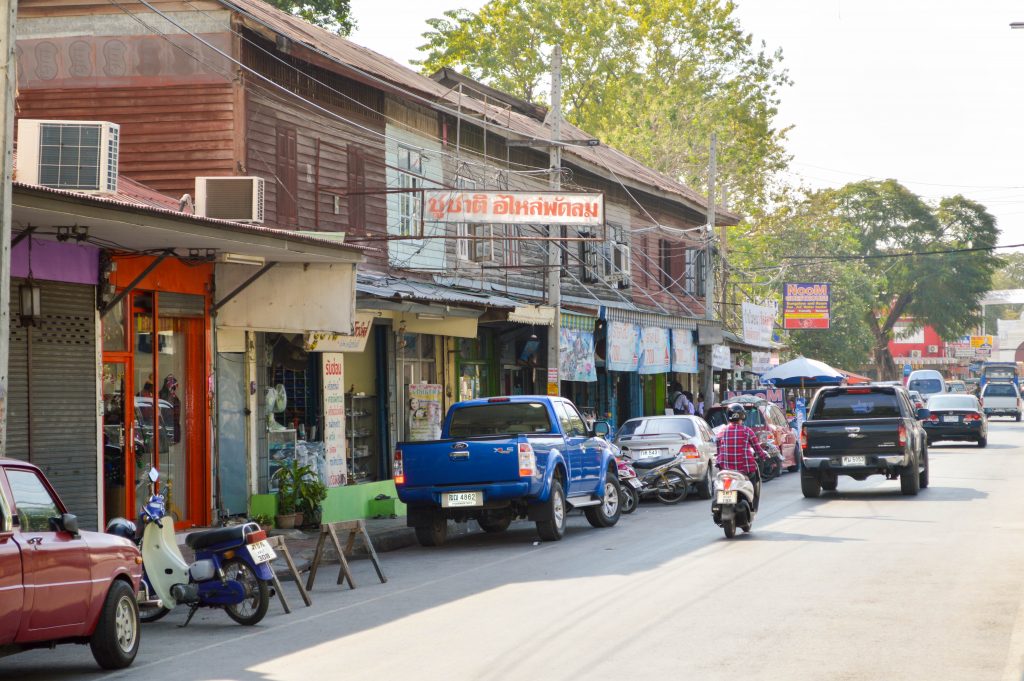 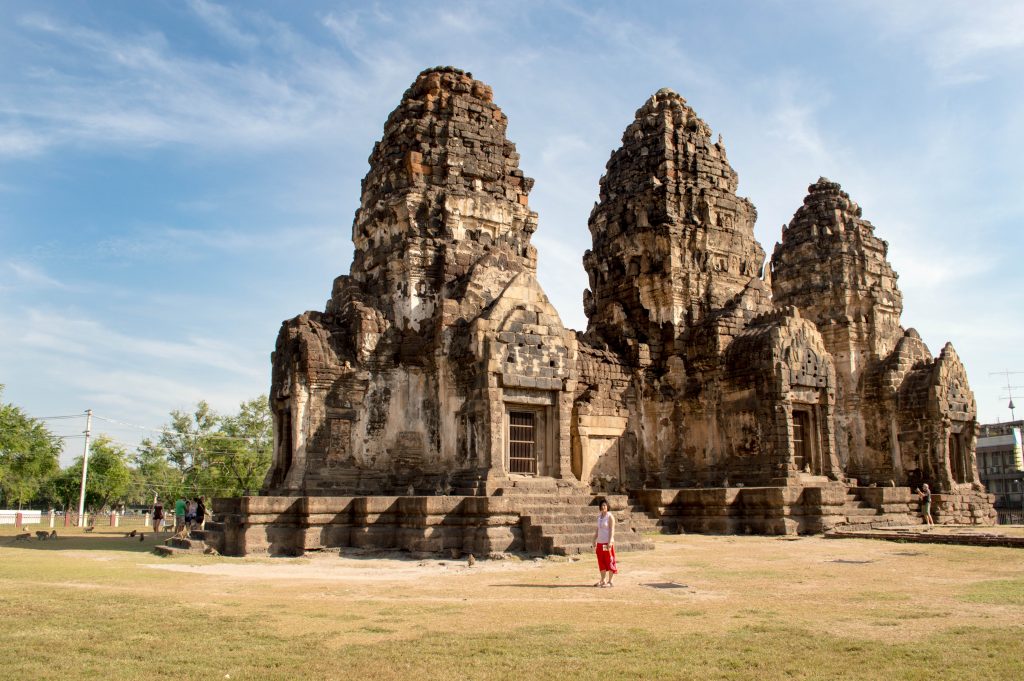 Shirley checking out the Prang Sam Yot – THE tourist draw of old town Lopburi as it is the home of the monkeys (Dec. 2012). 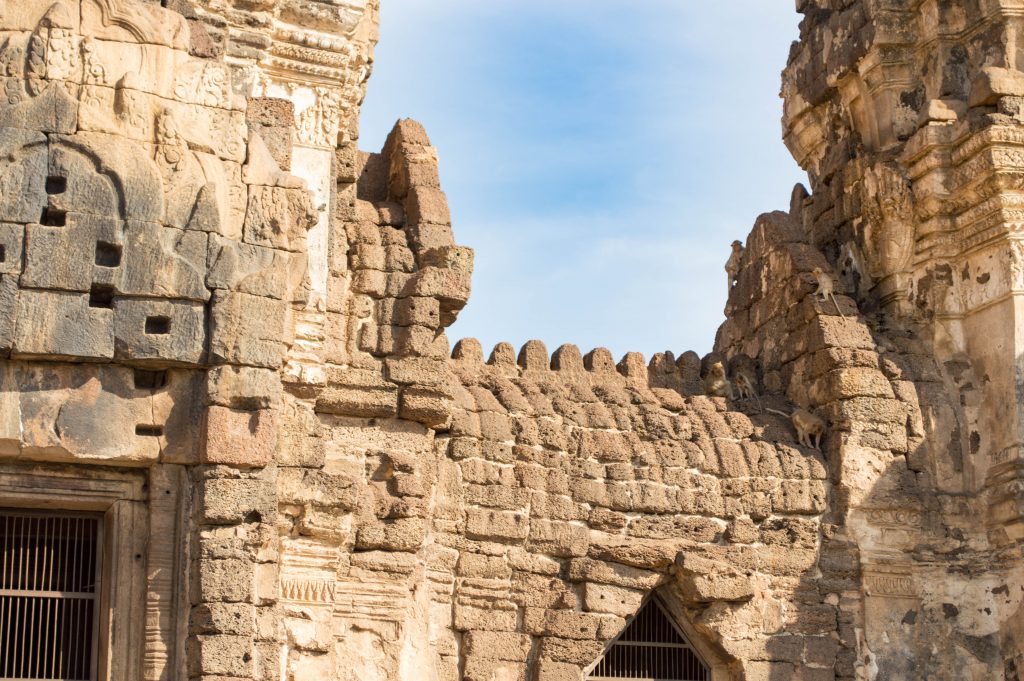 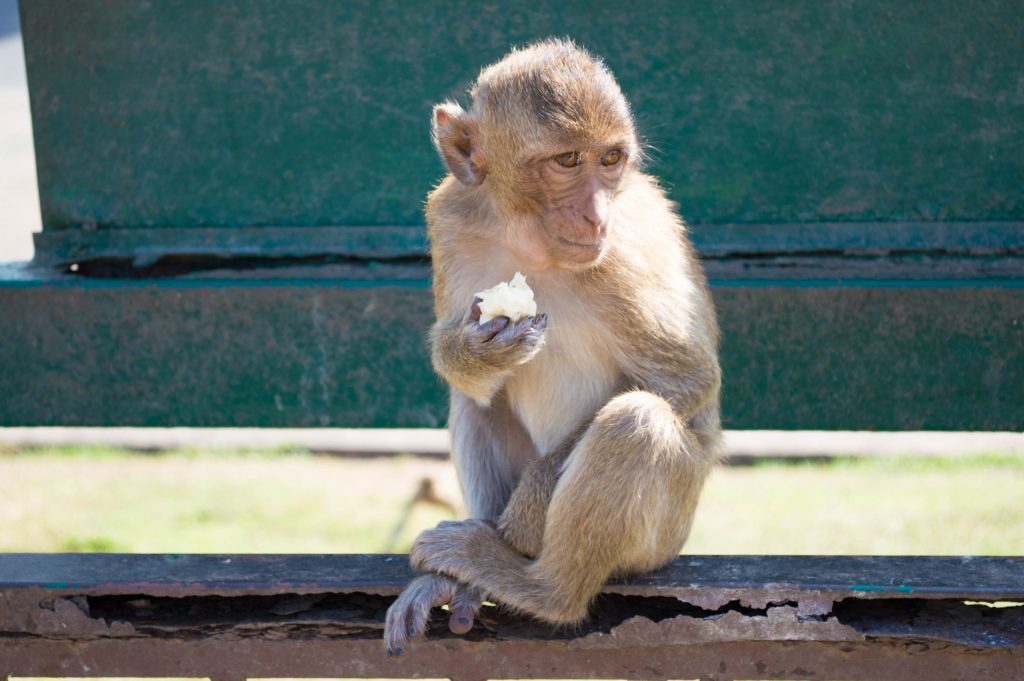 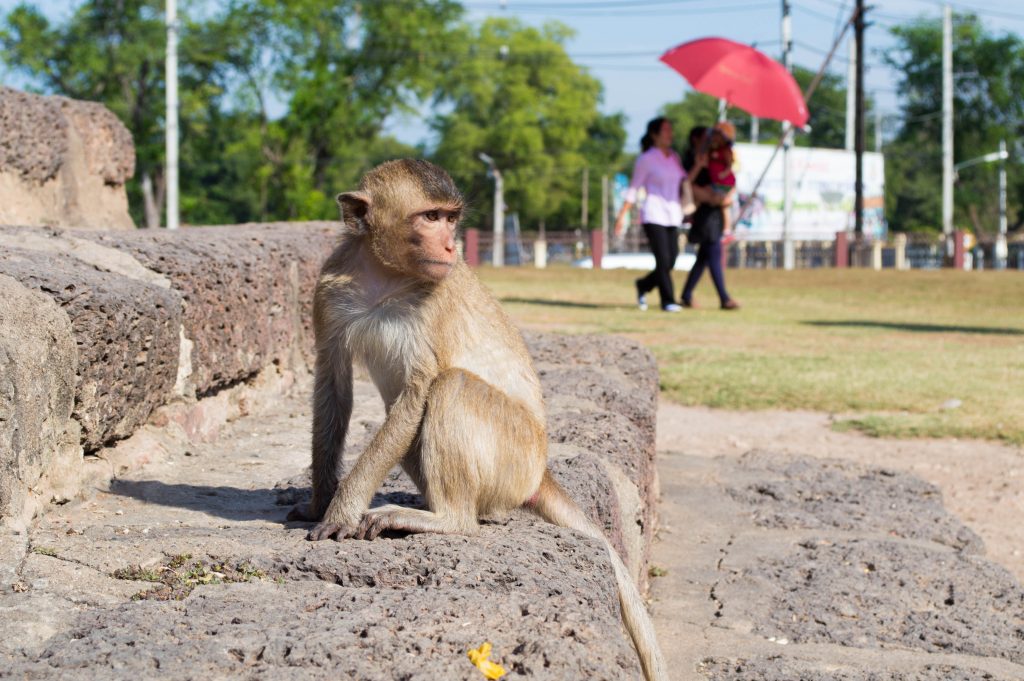 A resident of the Prang Sam Yot (“The Monkey Temple”) watching the tourists over his shoulder (Dec. 2012). 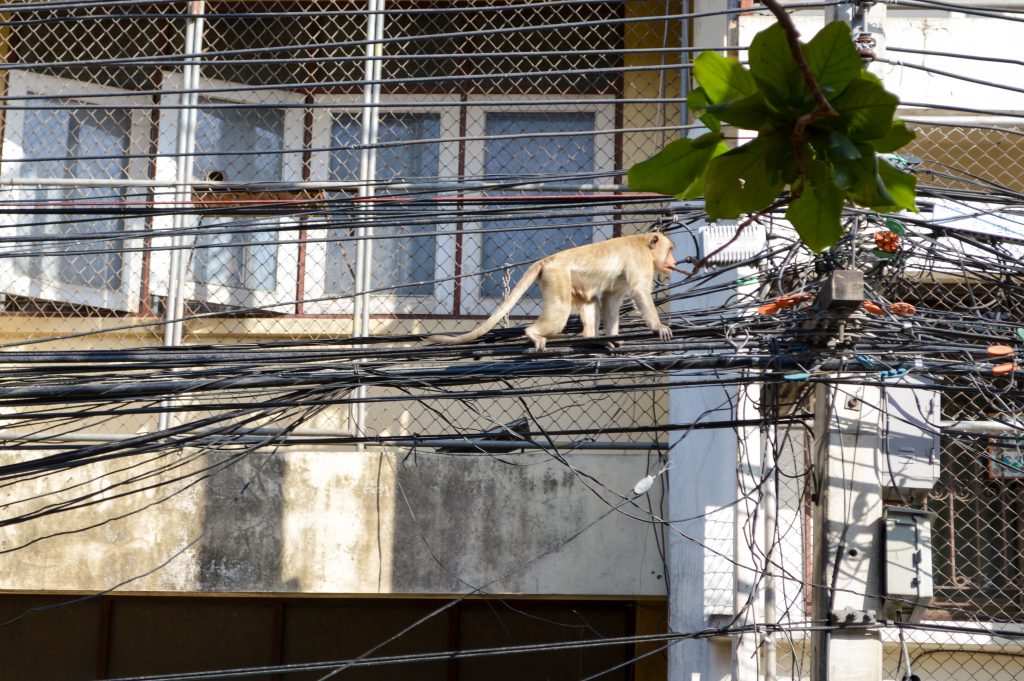 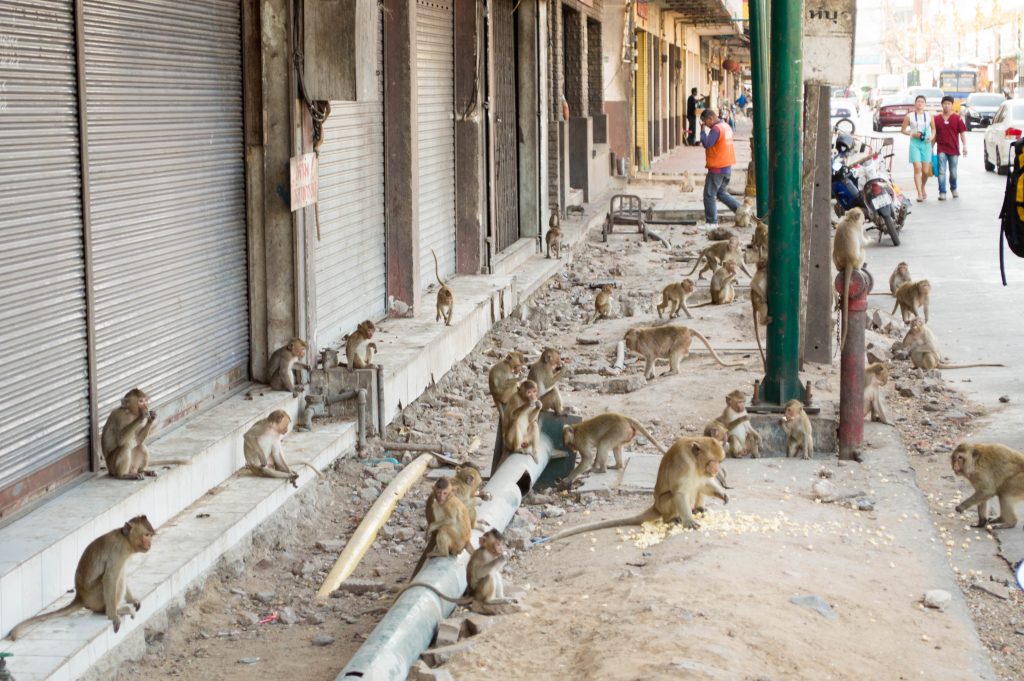 The monkeys pretty much do as they please but don’t seem to venture beyond a one block radius of the temple (weird). Enjoying the spoils of a successful robbery (Dec. 2012). 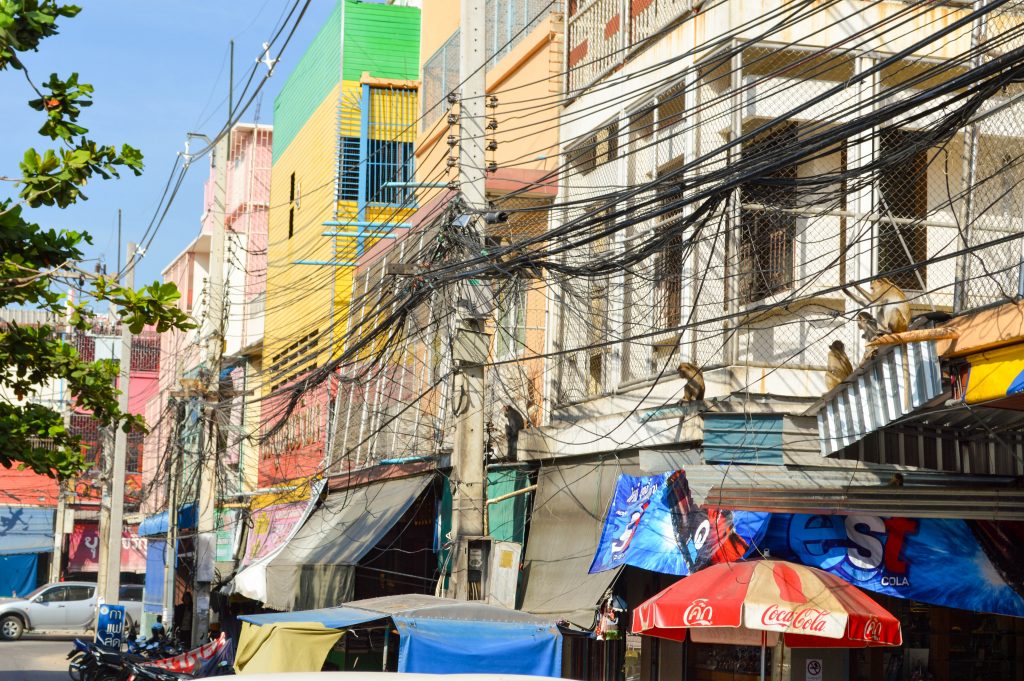 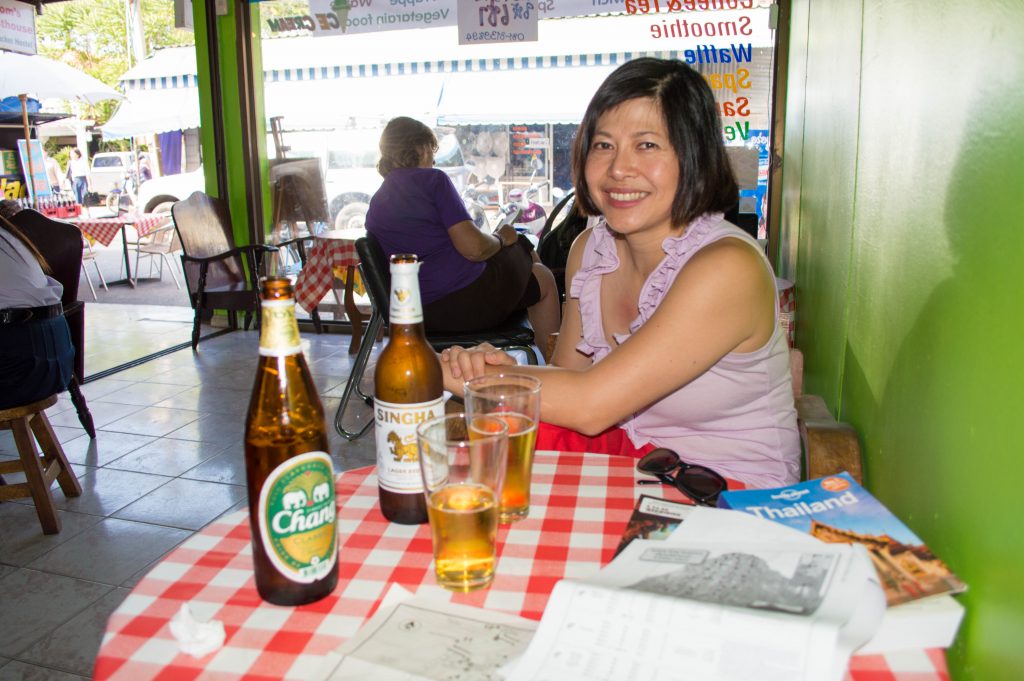 Our first afternoon in Lopburi was full of choices. 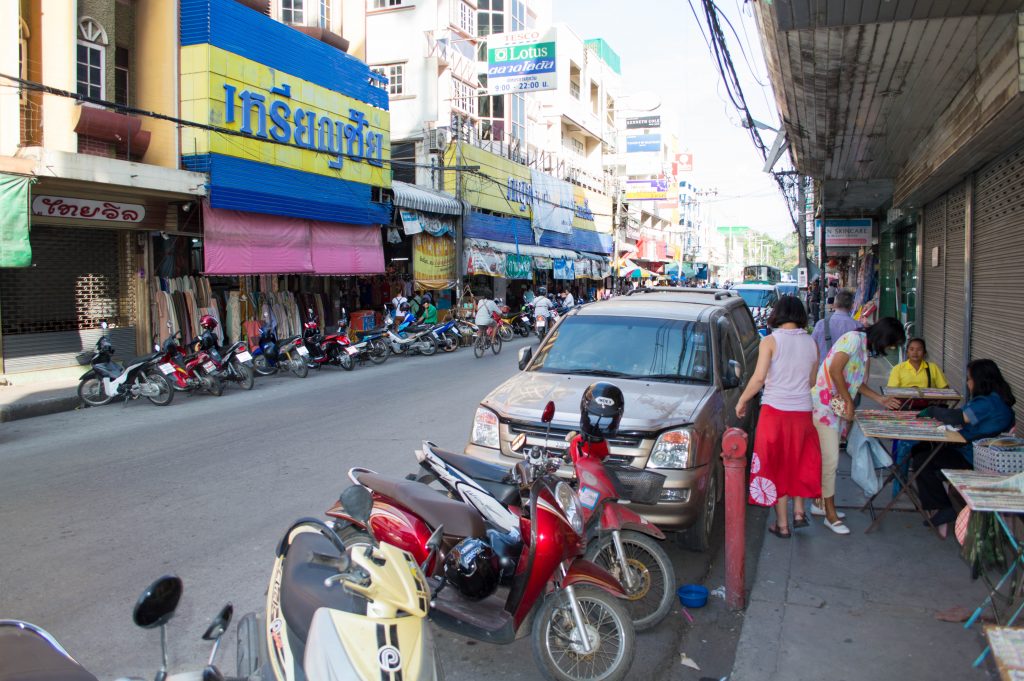 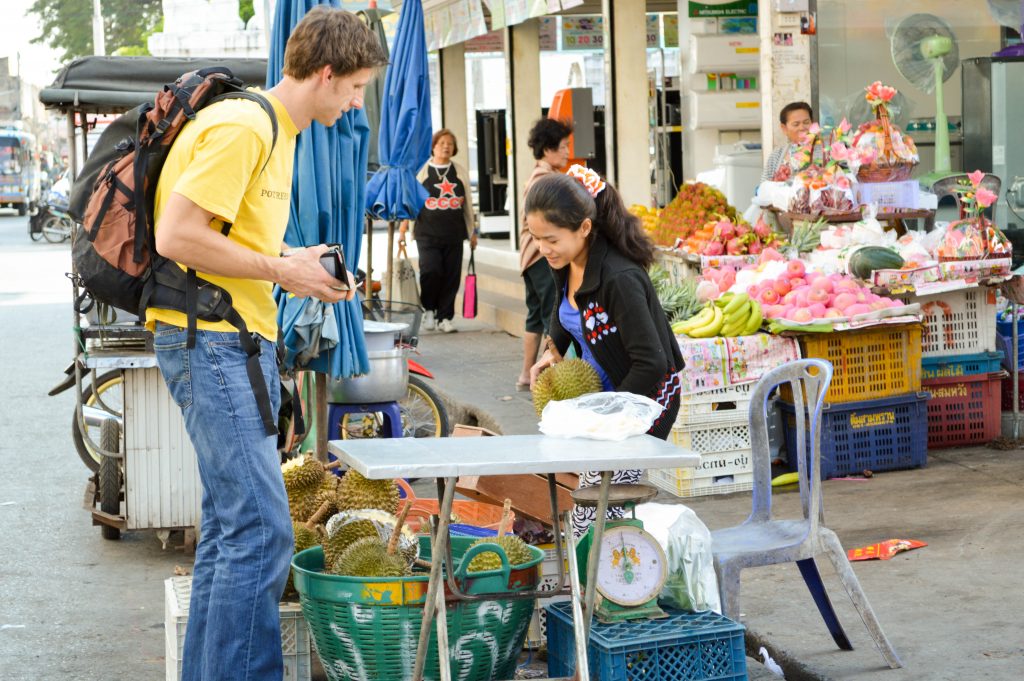 Losing the haggle over the price of the durian fruit (Dec. 2012). 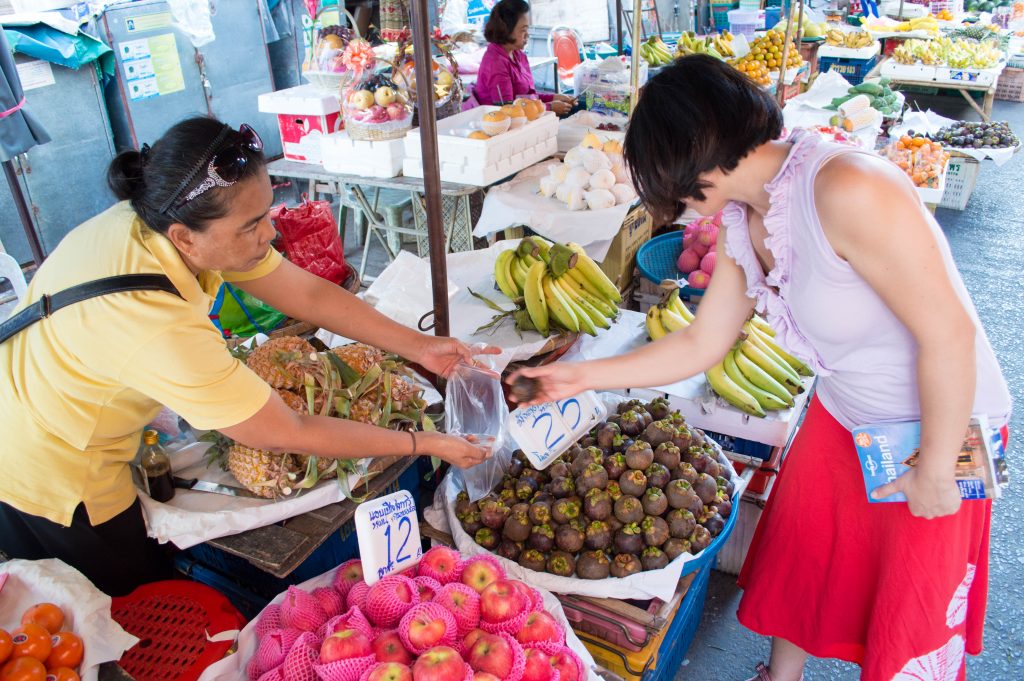 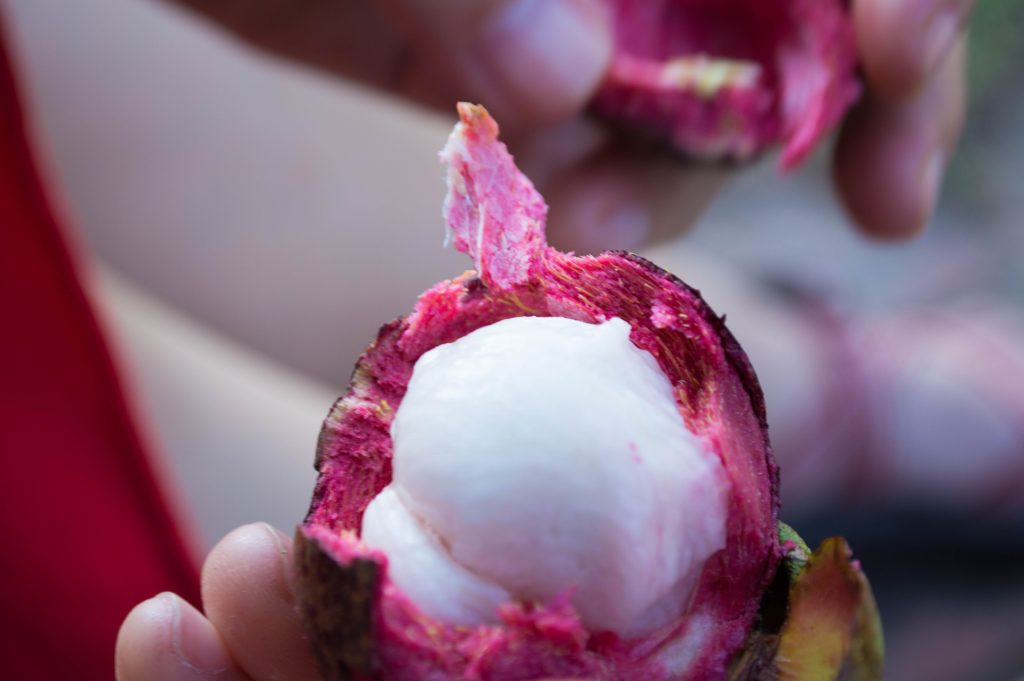 A fresh mangosteen fruit – more tasty than it looks and it’s one pretty fruit (Dec. 2012). 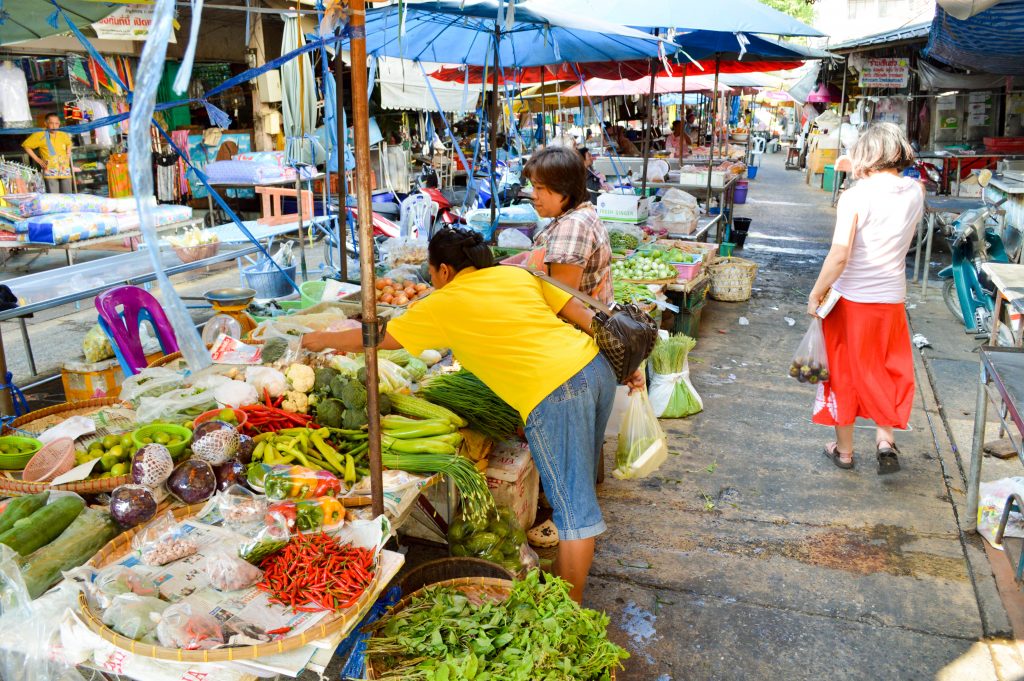 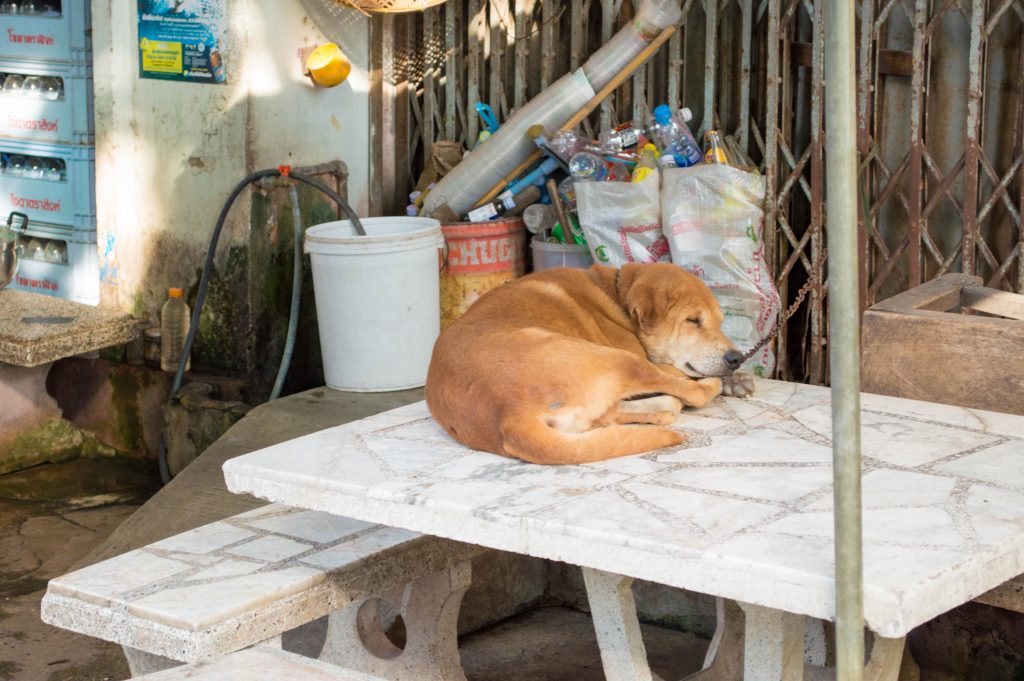 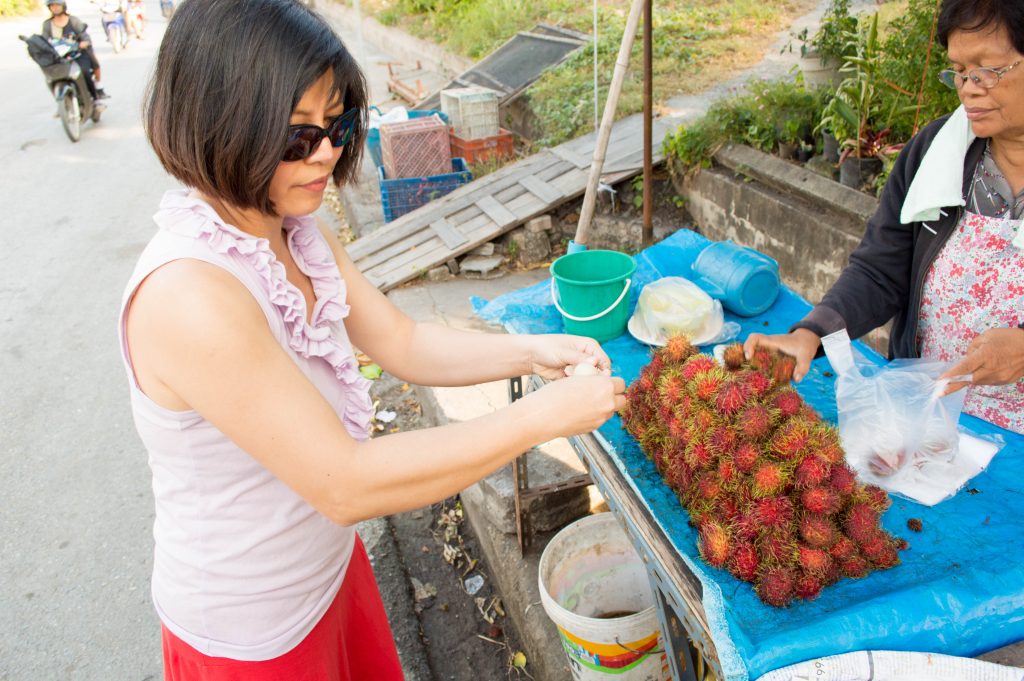 Picking up some rambutans from a street vendor in Lopburi (Dec. 2012). 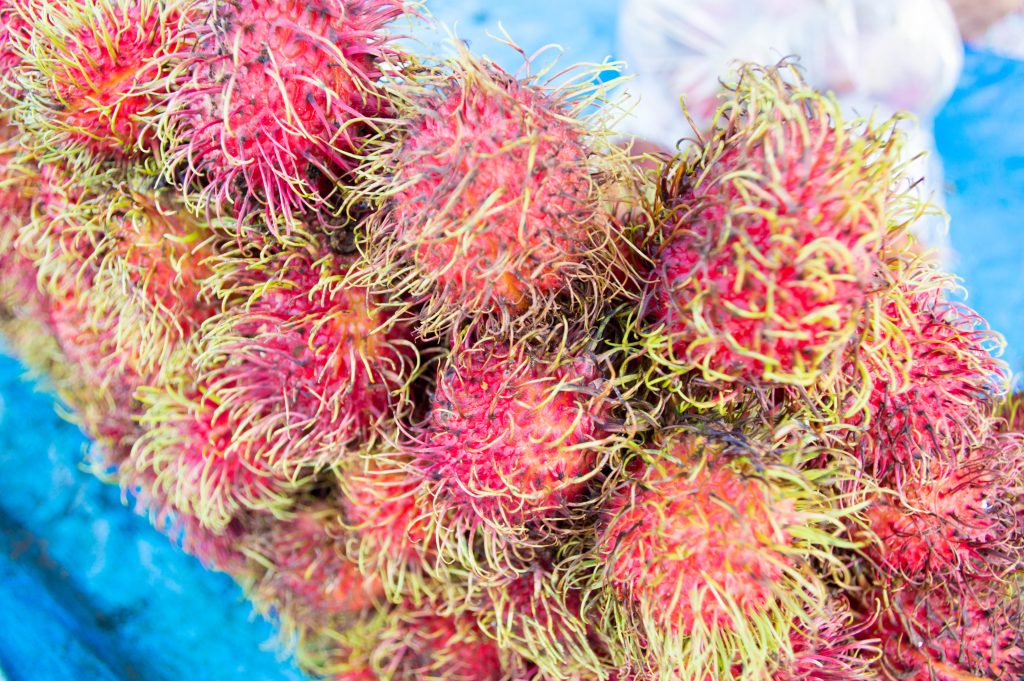 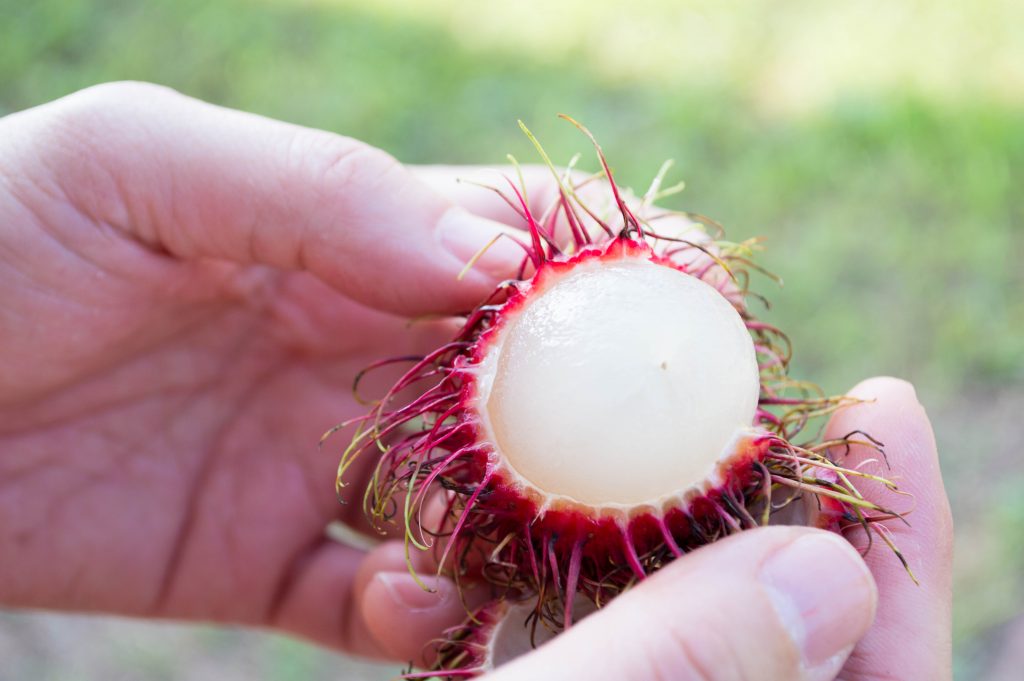 A rambutan fruit – think we hit those slightly out of their prime season (Dec. 2012). 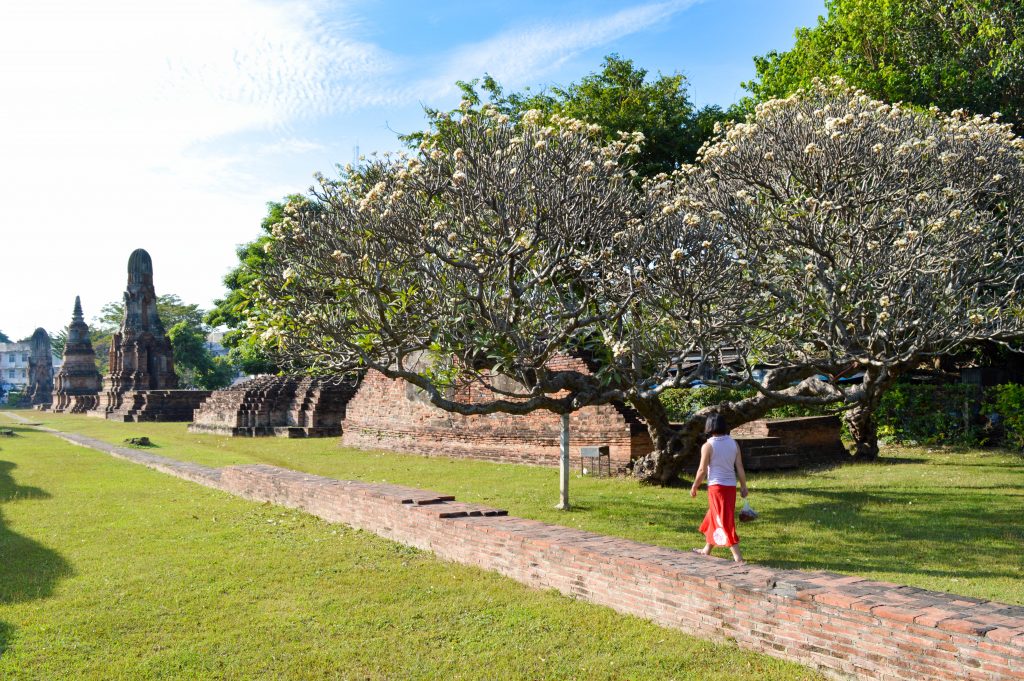 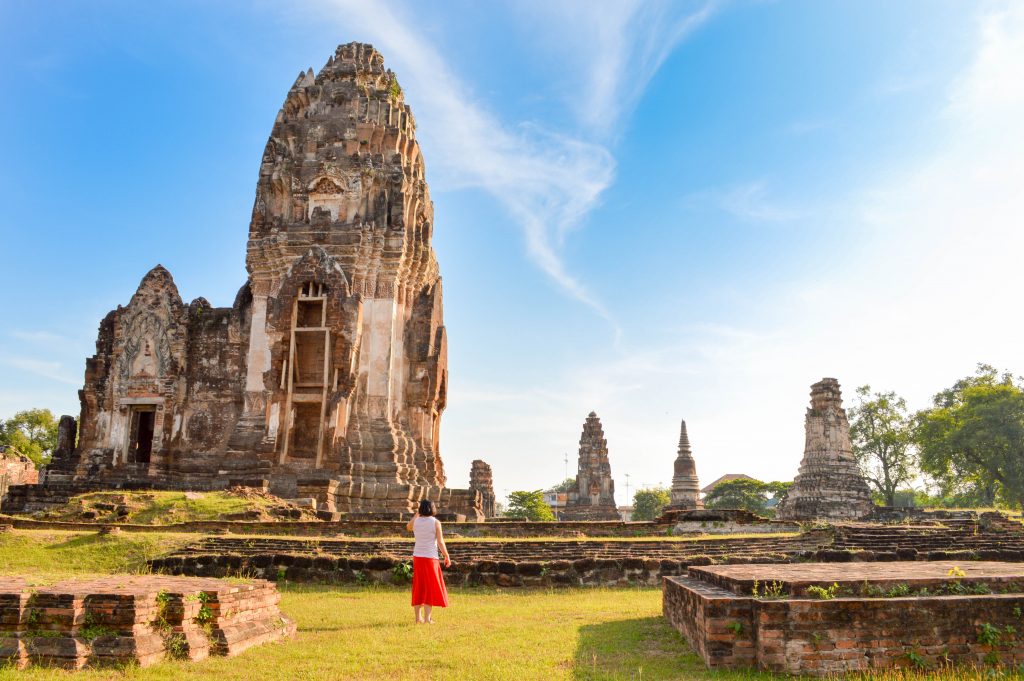 On the grounds of the Wat Phra Si Ratana Mahathat – ruins of a 13th century Buddhist monastery in Lopburi (Dec. 2012). 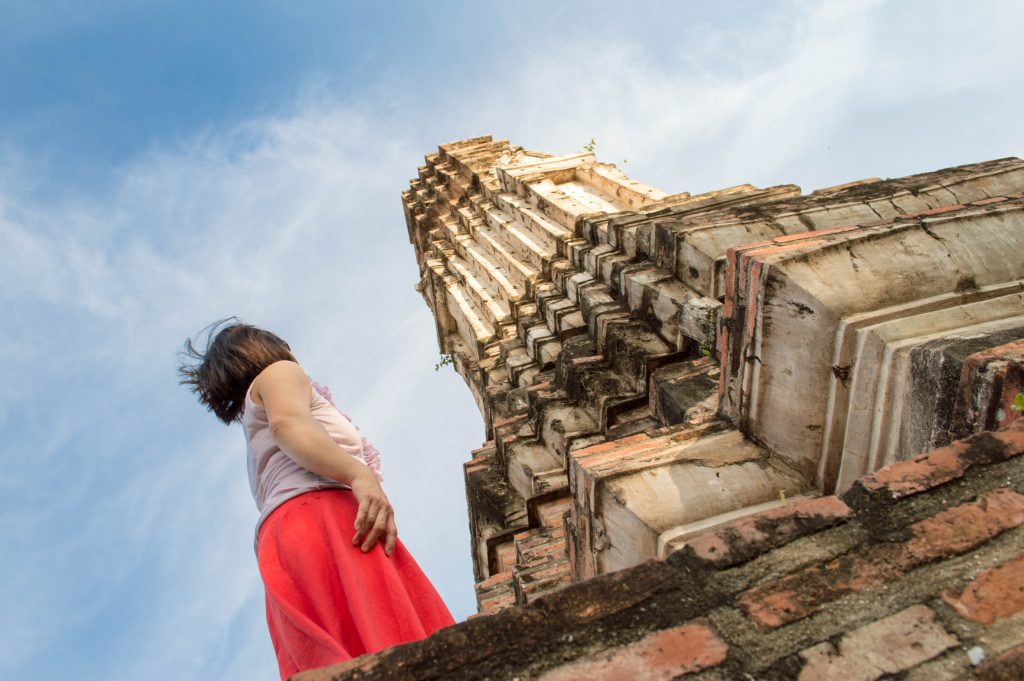 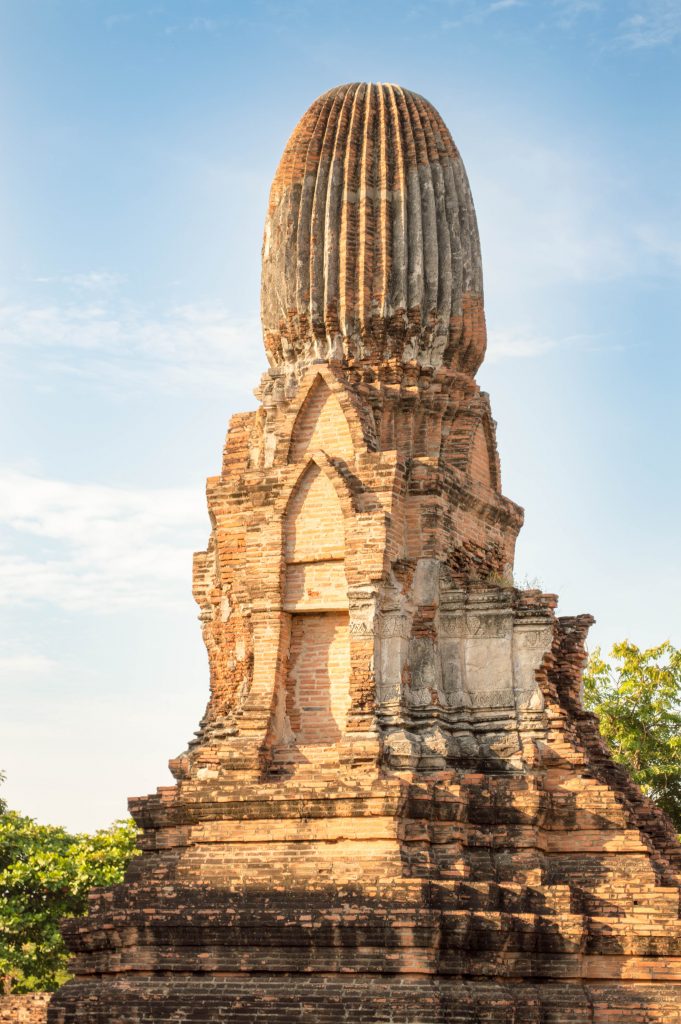 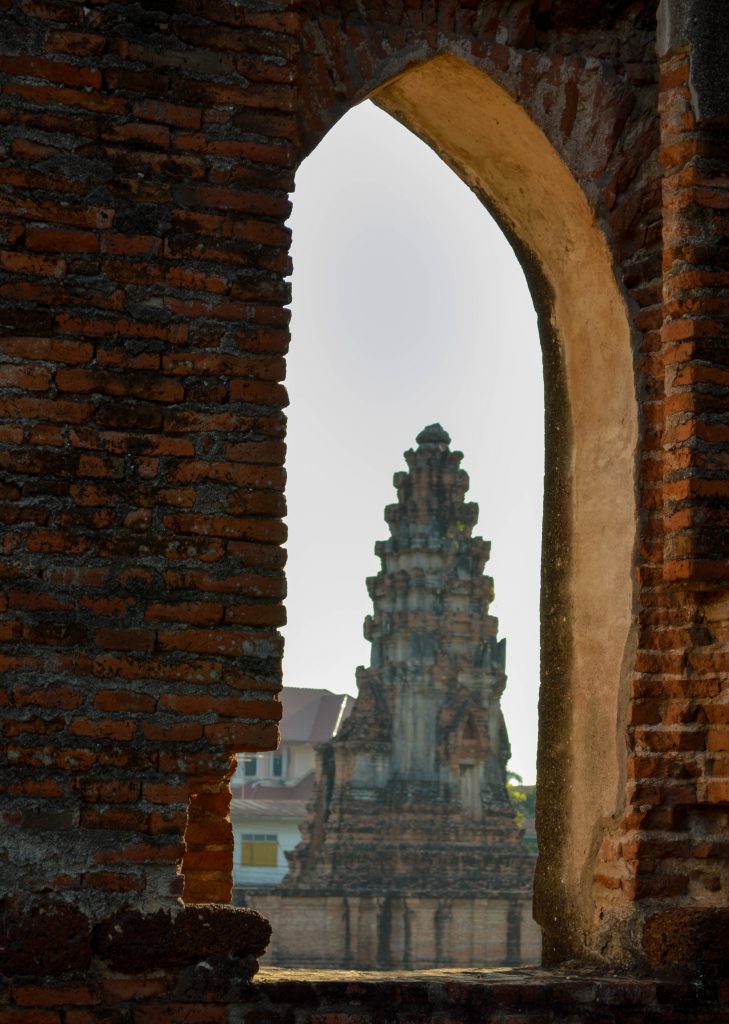 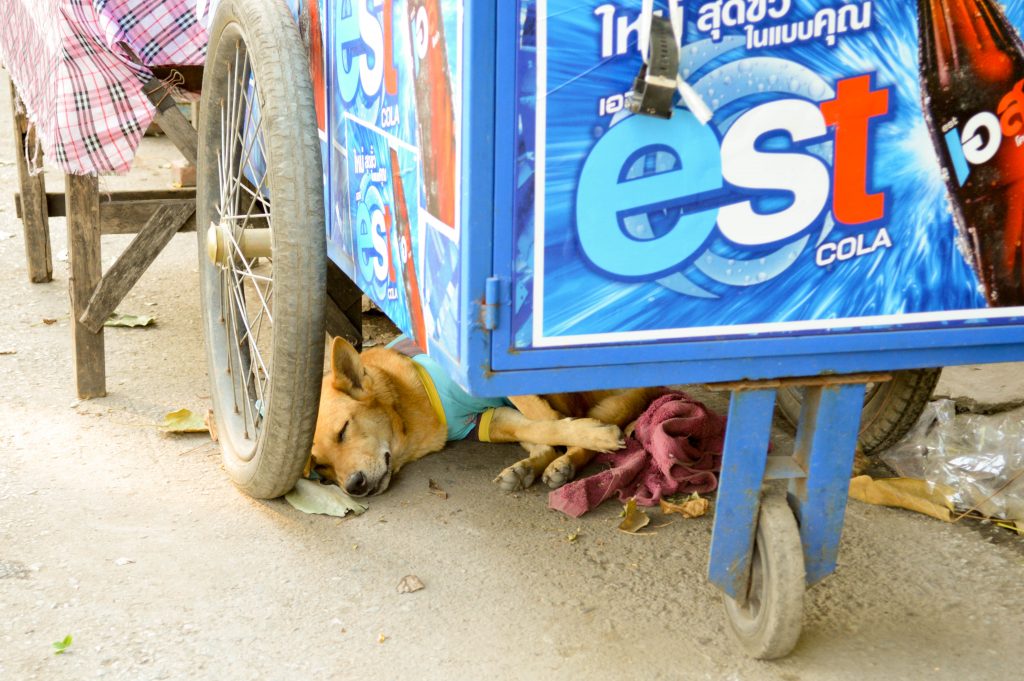 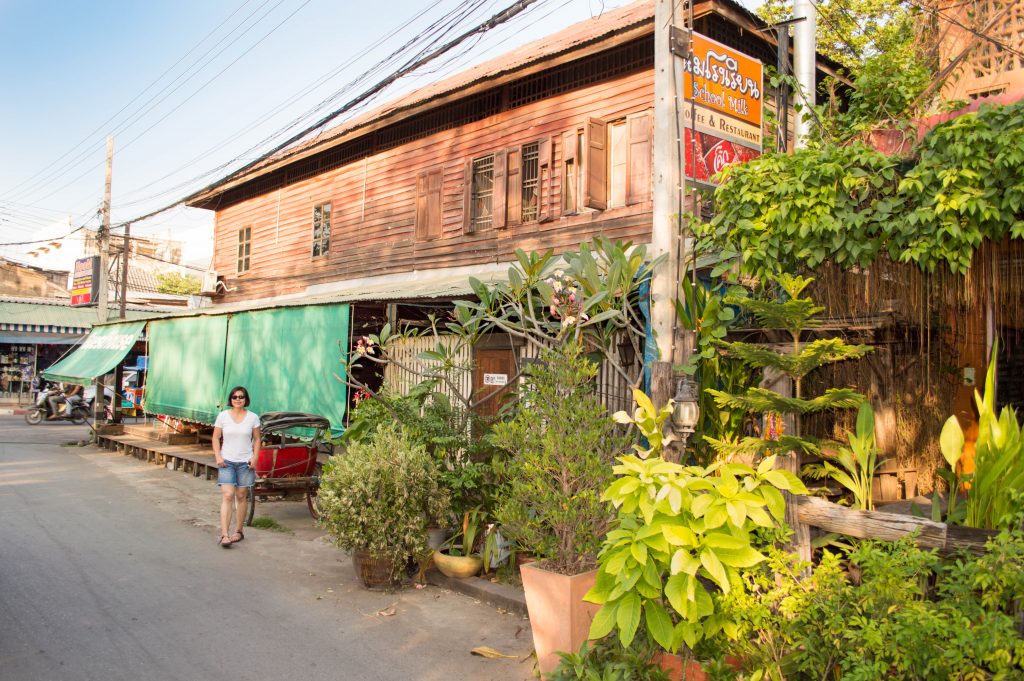 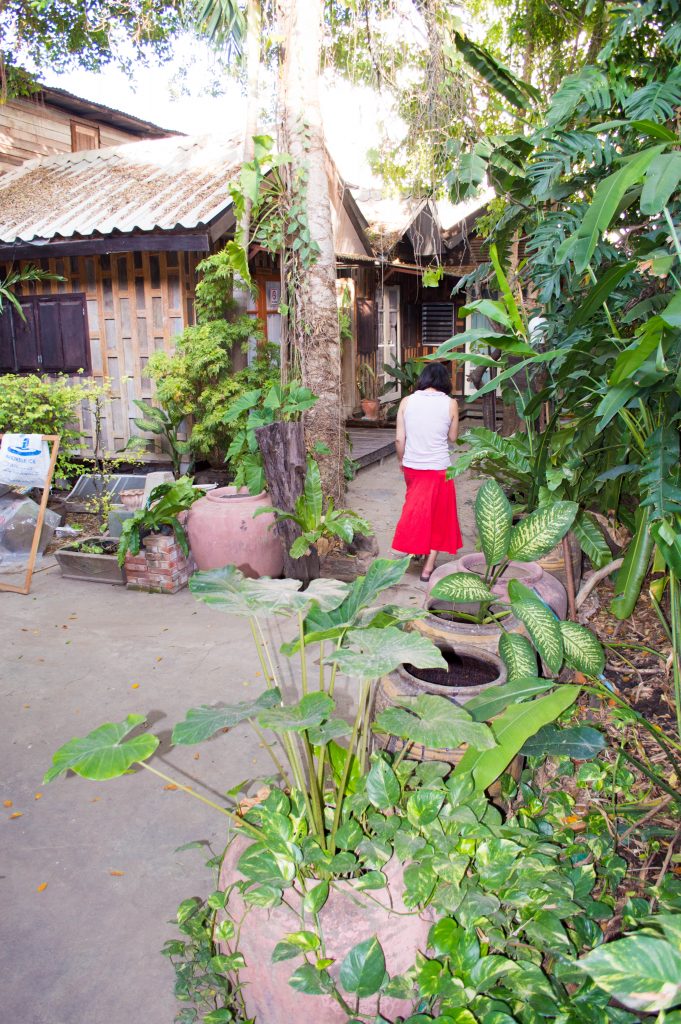 Go to Lopburi Part 2.
Go back to Thailand page.