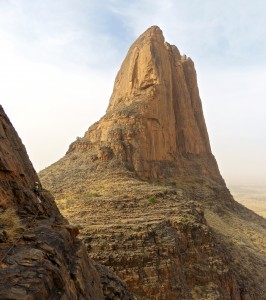 Here we were met by Musa, Isa and Souleiman. The men had worked for Salvador in his encampment in the pre-war days. While the others packed food, water (& melons) and our gear for the multiple trips to our high camp, Shirley and I grabbed some gear and headed up for an afternoon climb of our first route: Mariage Traditionnel on Wamderdou:  French 6a and 8 pitches or 250 meters long. Our first encounter with Malian rock and we were pretty shocked: though it’s called “sandstone”, it does not resemble any sandstone that we’ve tasted before. The rock feels solid and is devoid of the expected surface layer of grainy sand. The climbing was fun as the route snaked its way in and out of dihedral systems. Salvador showed up and shot some photos of us from nearby ledges (accessible by scrambling). We finished the route, rapped off the formation (one double rope rap to a saddle) and met Salvador at the base for a quick hike over to our new home for next 7 days. 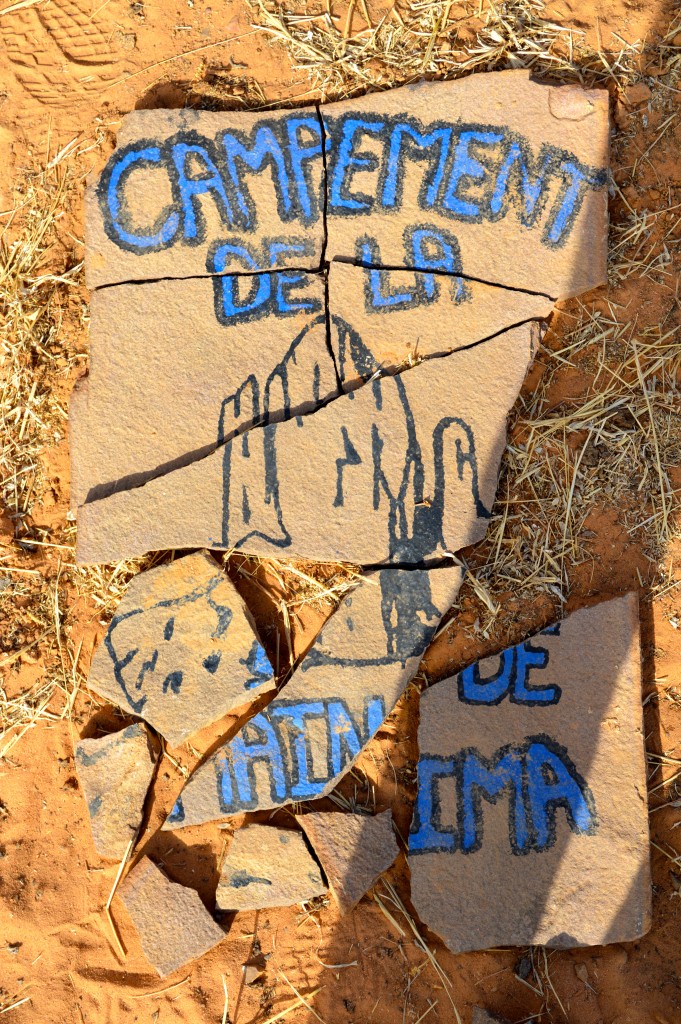 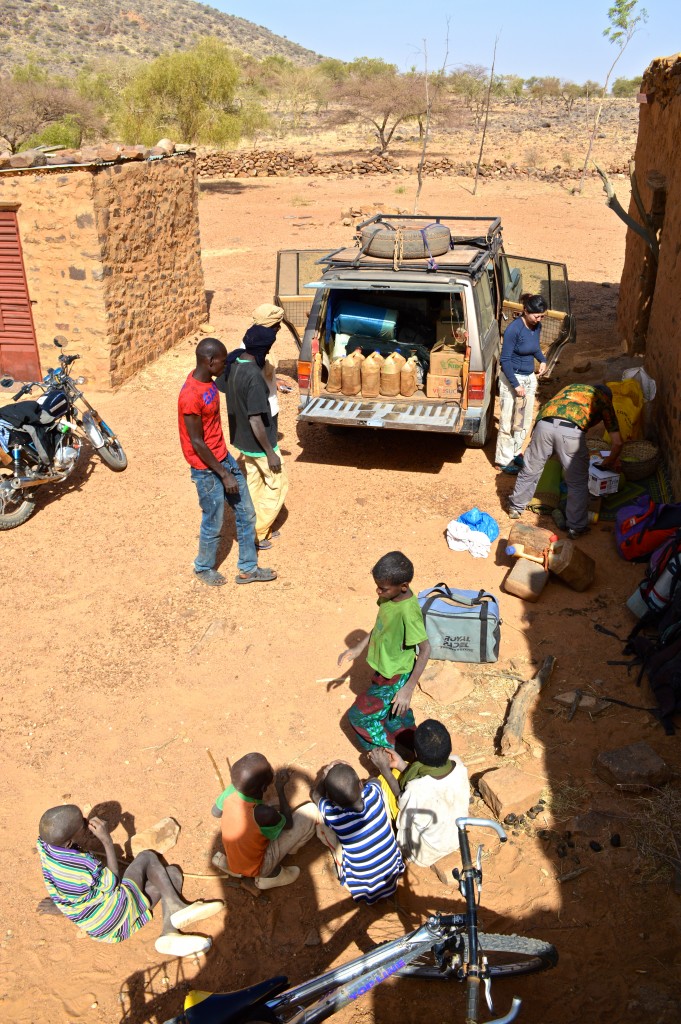 Packing up the supplies in Salvador’s old encampment for the hour-long hike up to our high camp. Musa and Isa (in photo) carried essentially everything (including water) in multiple trips. Suleiman (also in photo) spent the next week+ watching Salvador’s car. All this was made possible by Salvador and these guys who used to work for him (Dec. 2015). 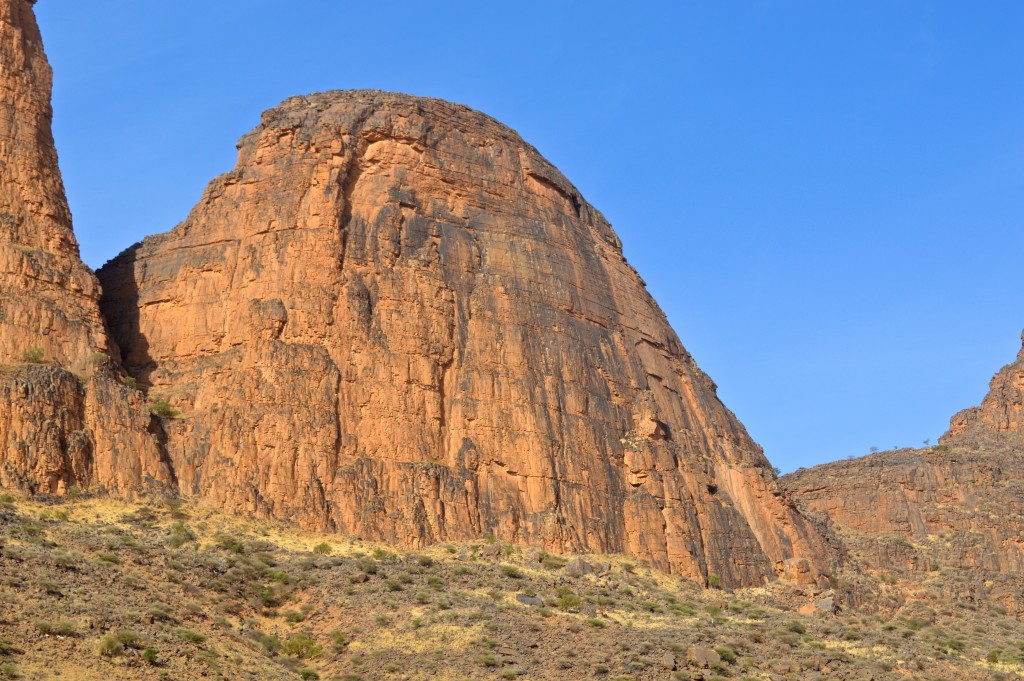 Wamderdou. The classic Mariage Traditionnel route climbs near the right side edge; La Raison (which we’d climb later on the trip) takes a more direct line in the middle of the face (Dec. 2015). 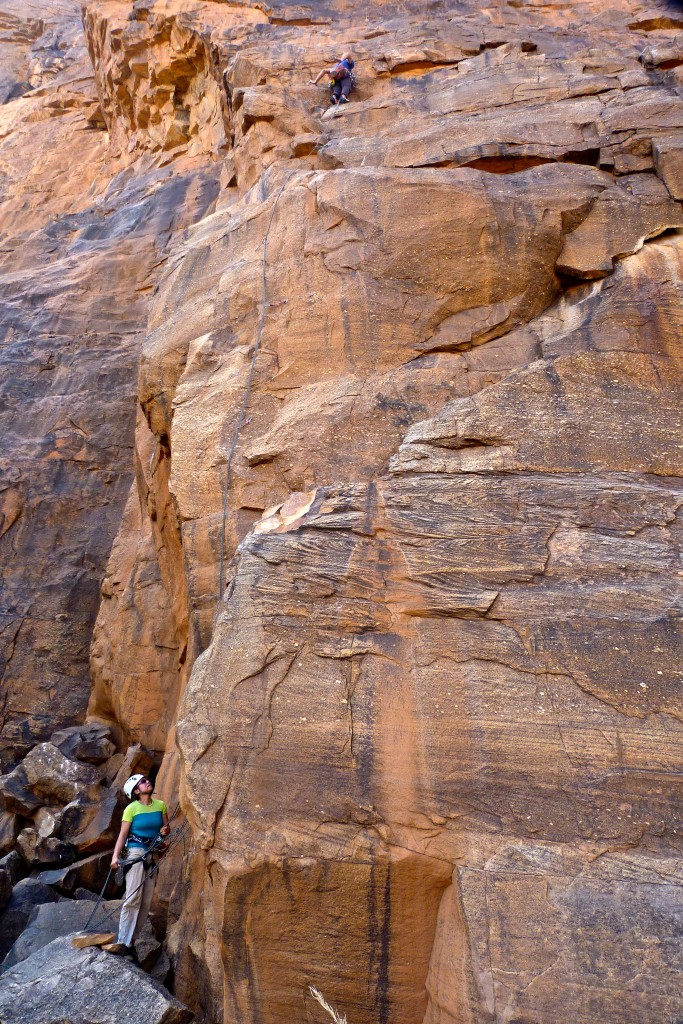 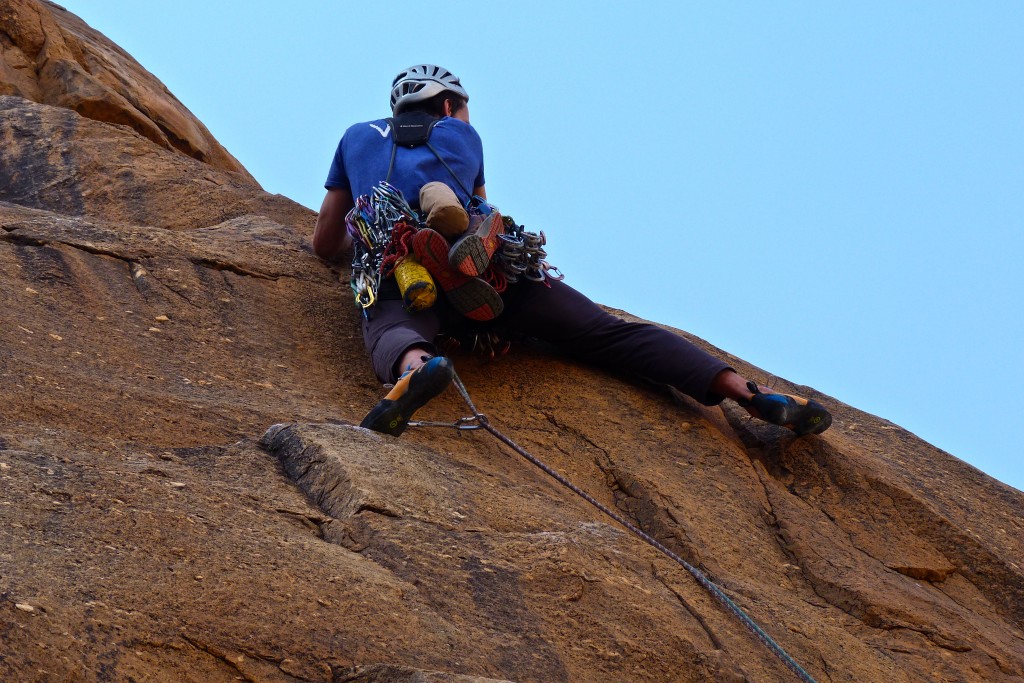 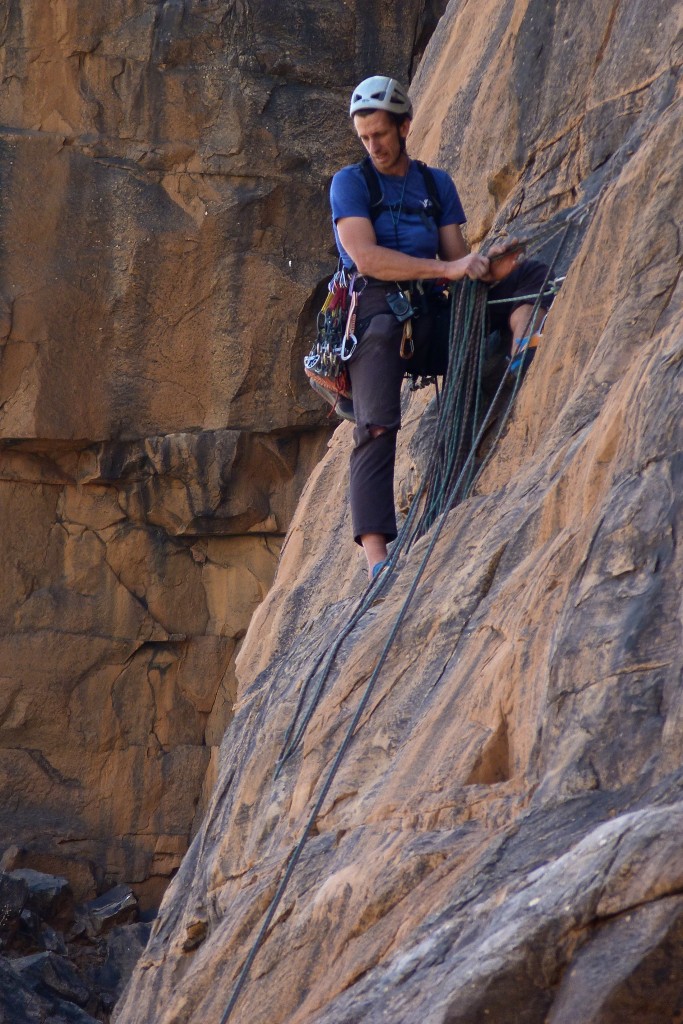 Yours truly at the first belay on Mariage Traditionnel. Photo by Salvador (Dec. 2015). 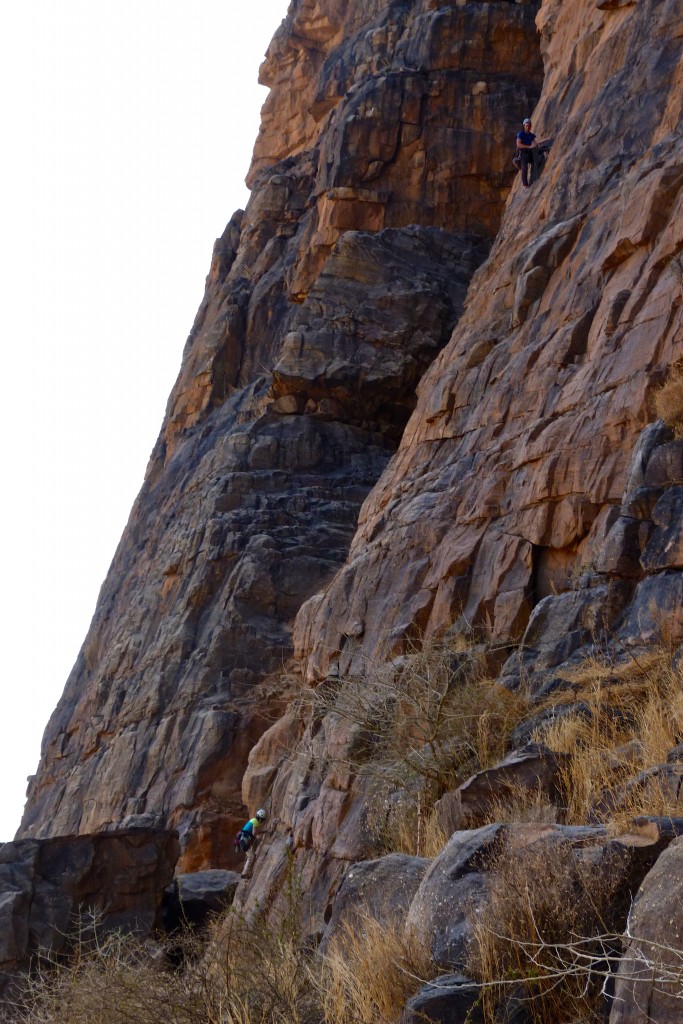 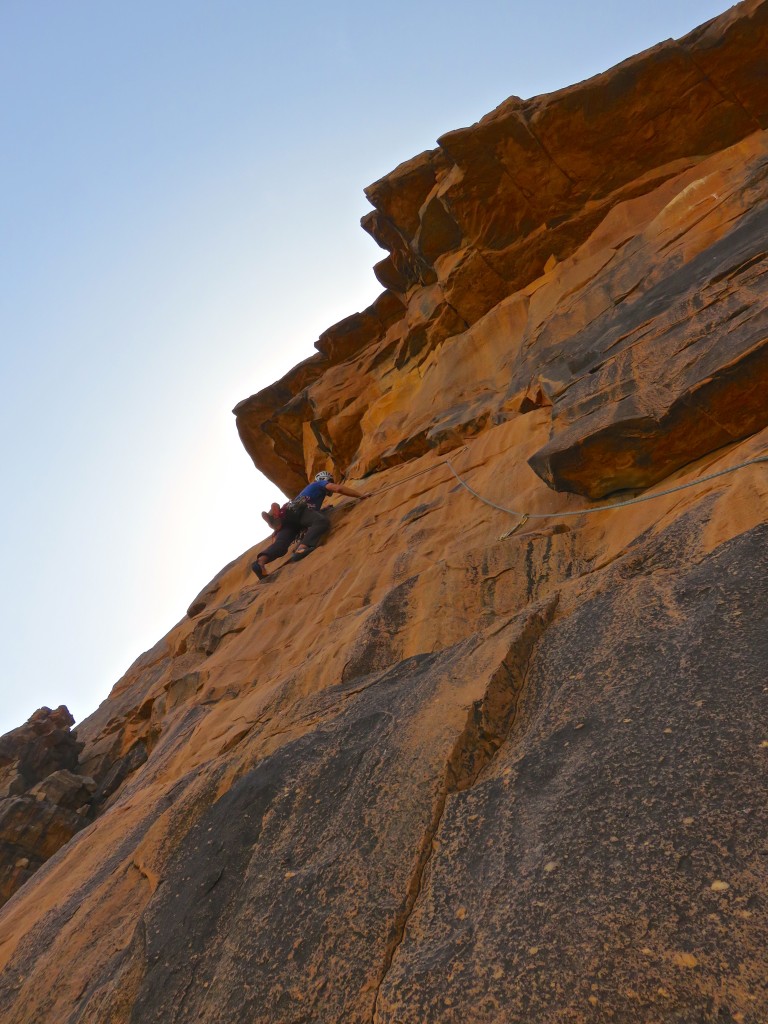 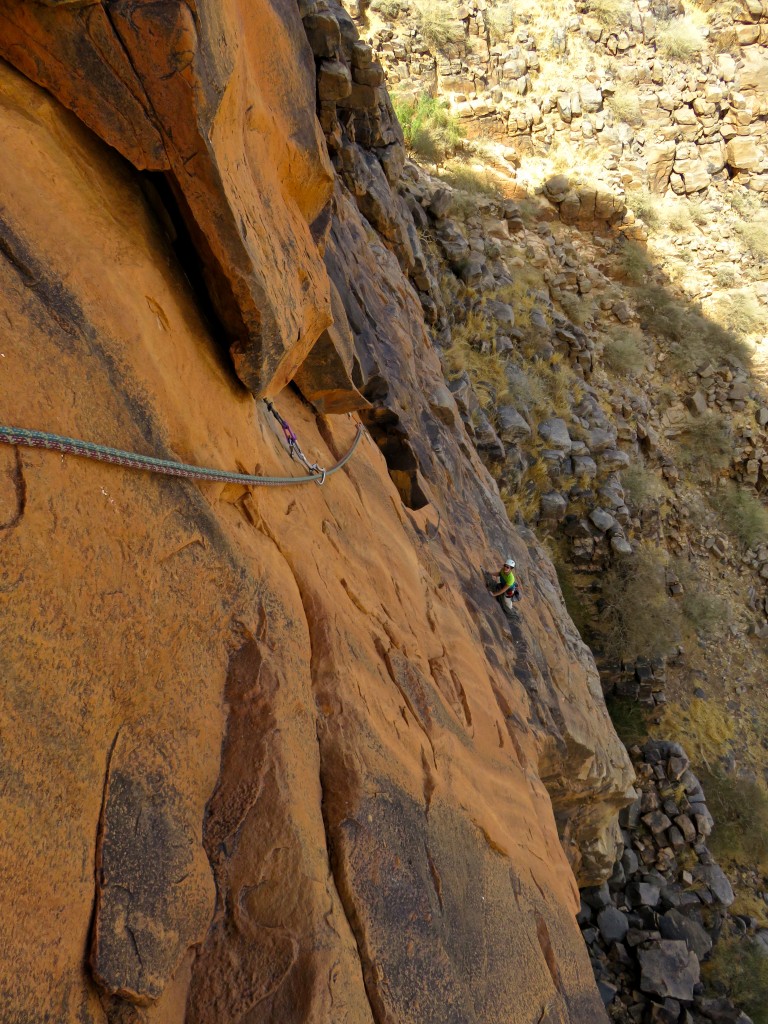 Shirley at the pitch 1 belay. View is from the lead of pitch 2…though it looks like someone is climbing and not belaying – hmmm… 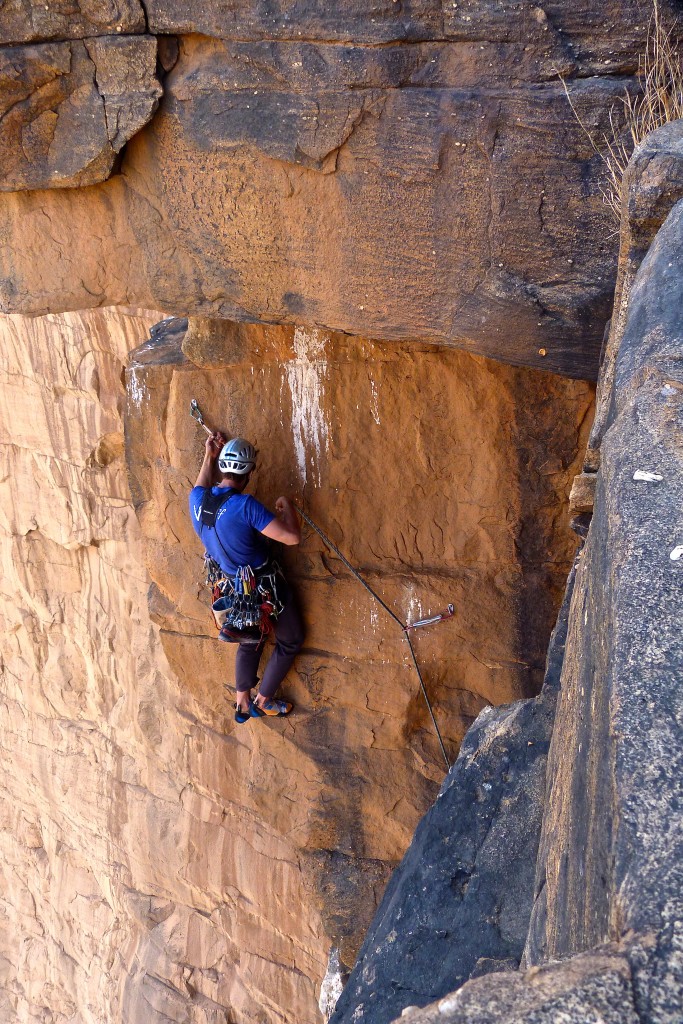 Pitch 2 of Mariage Traditionnel just below the belay. Photo by Salvador (Dec. 2015). 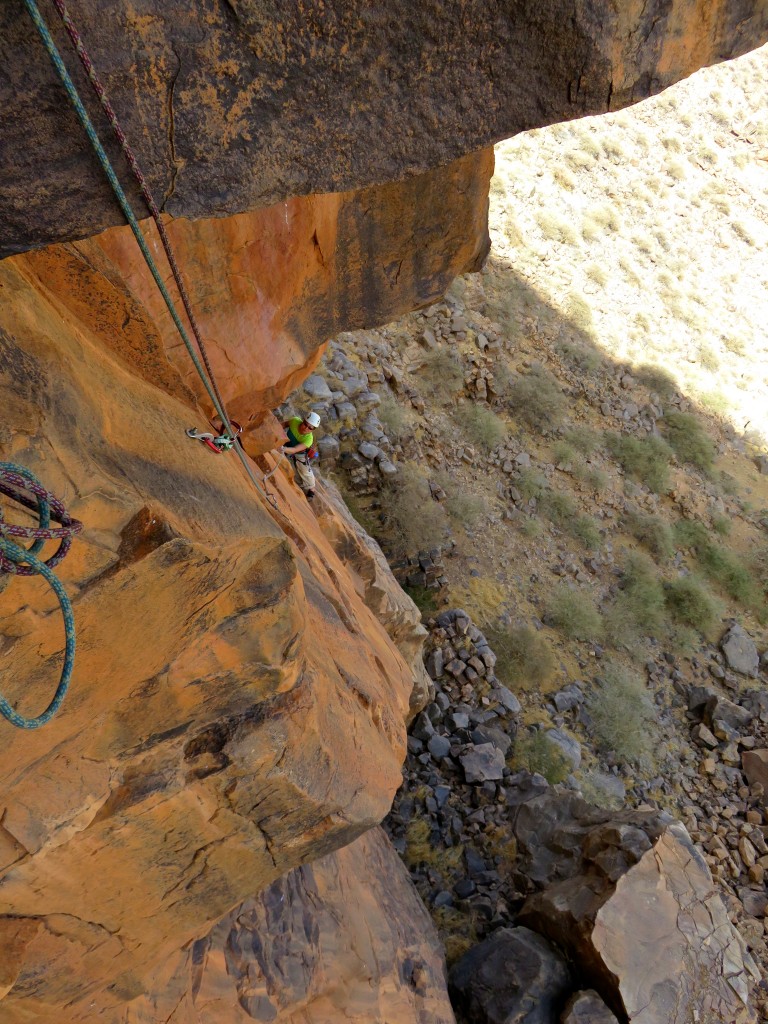 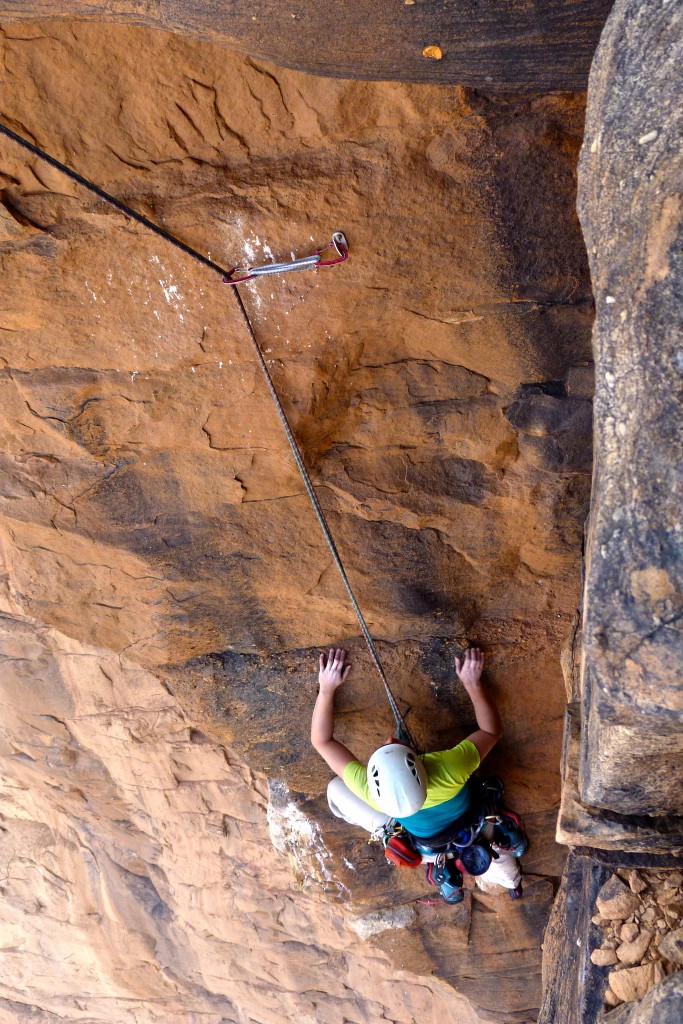 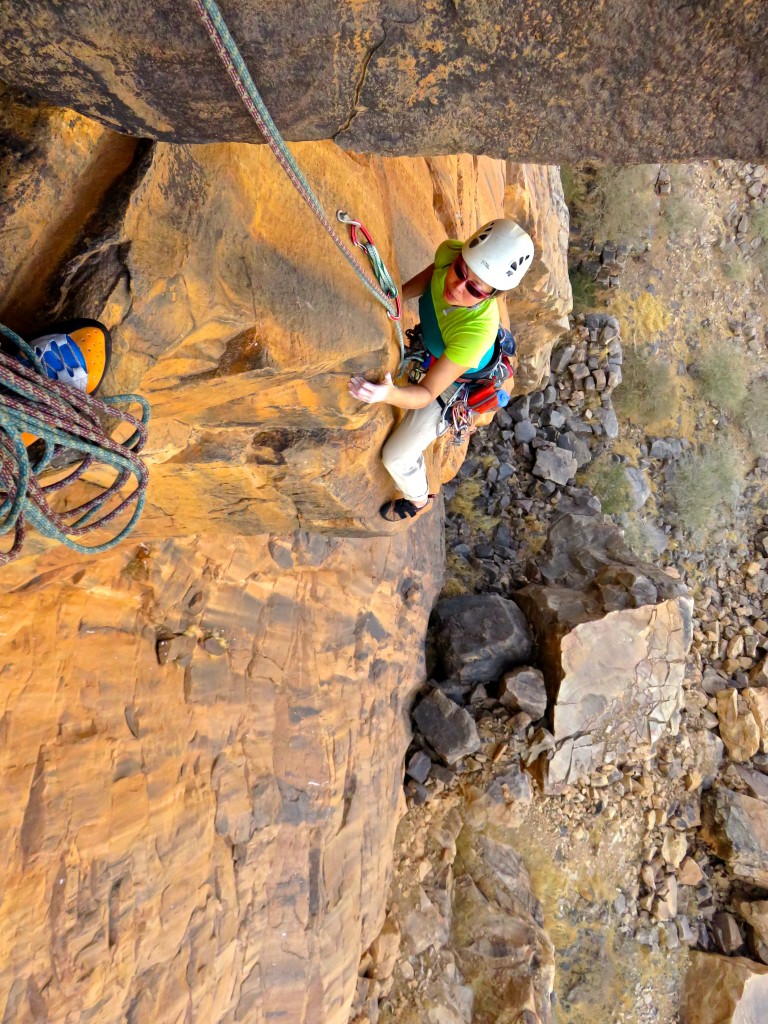 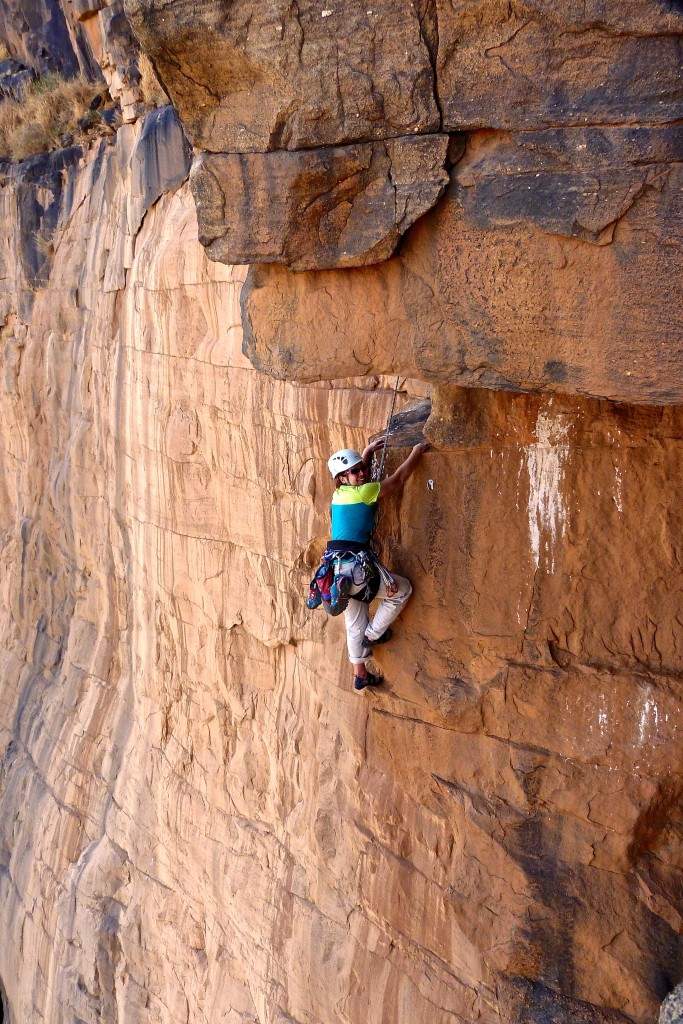 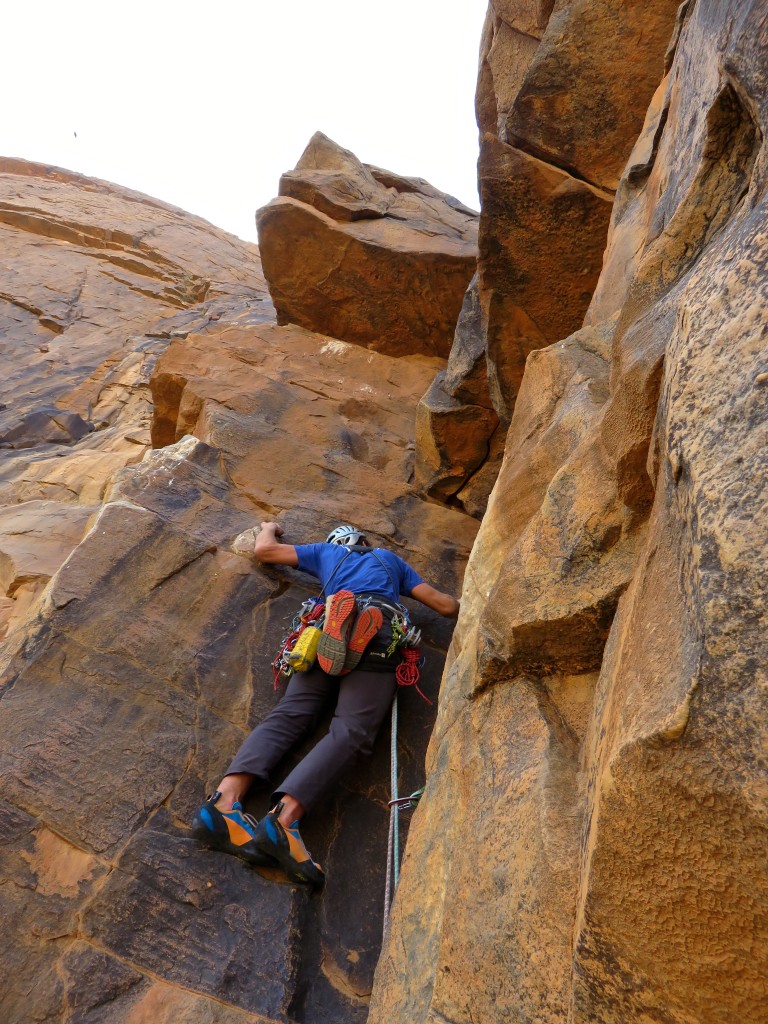 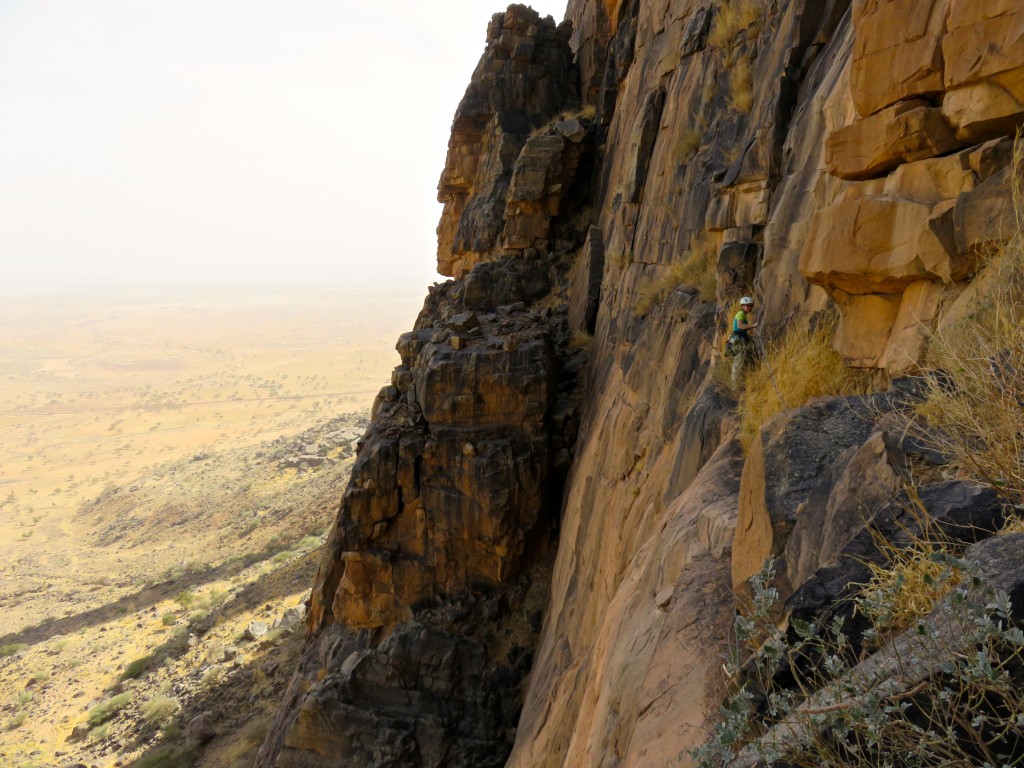 Moving the belay to start pitch 4 of Marriage Traditionnel (Dec. 2015). 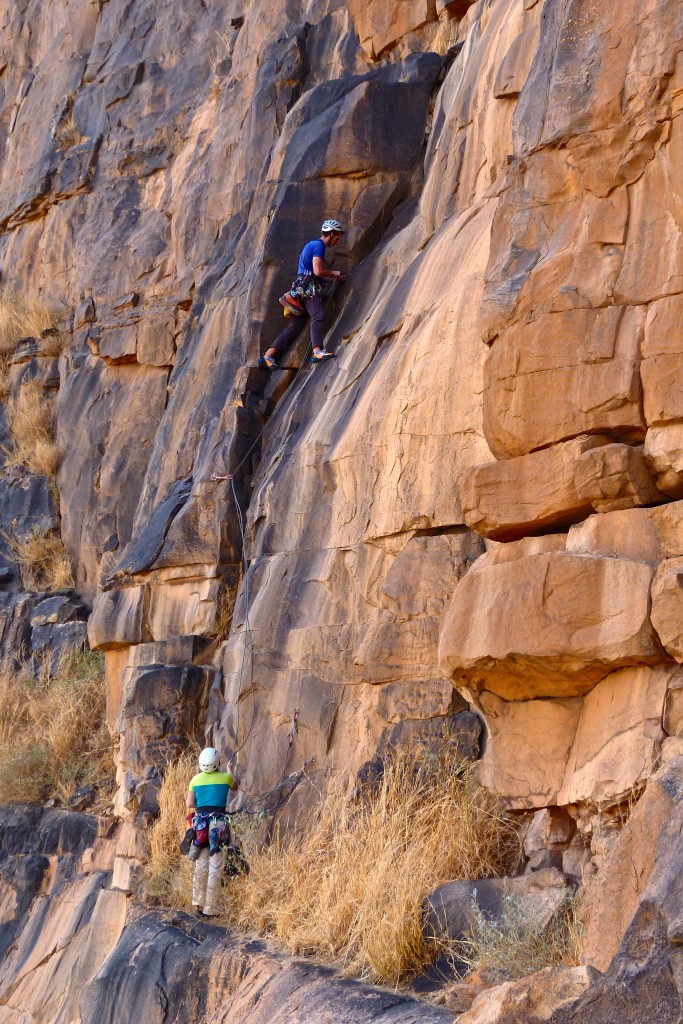 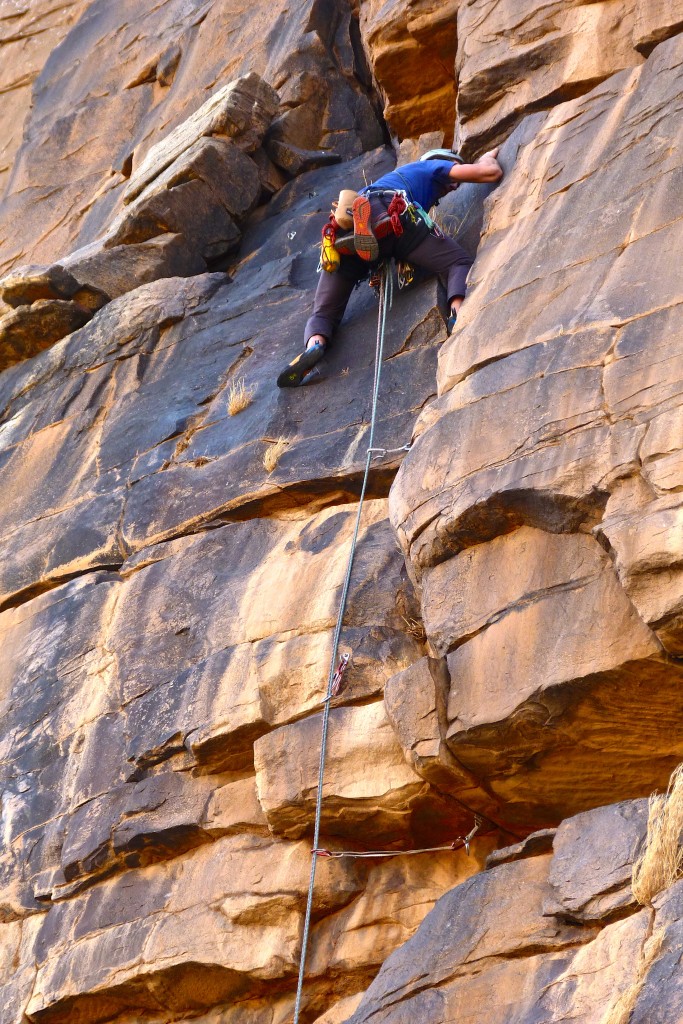 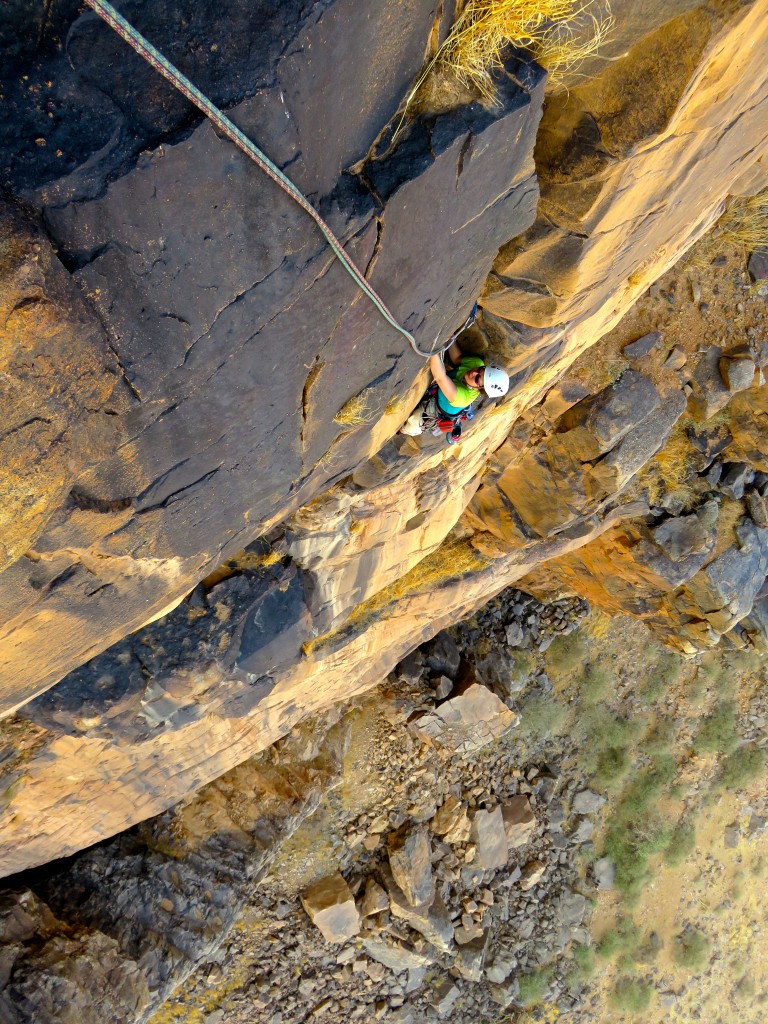 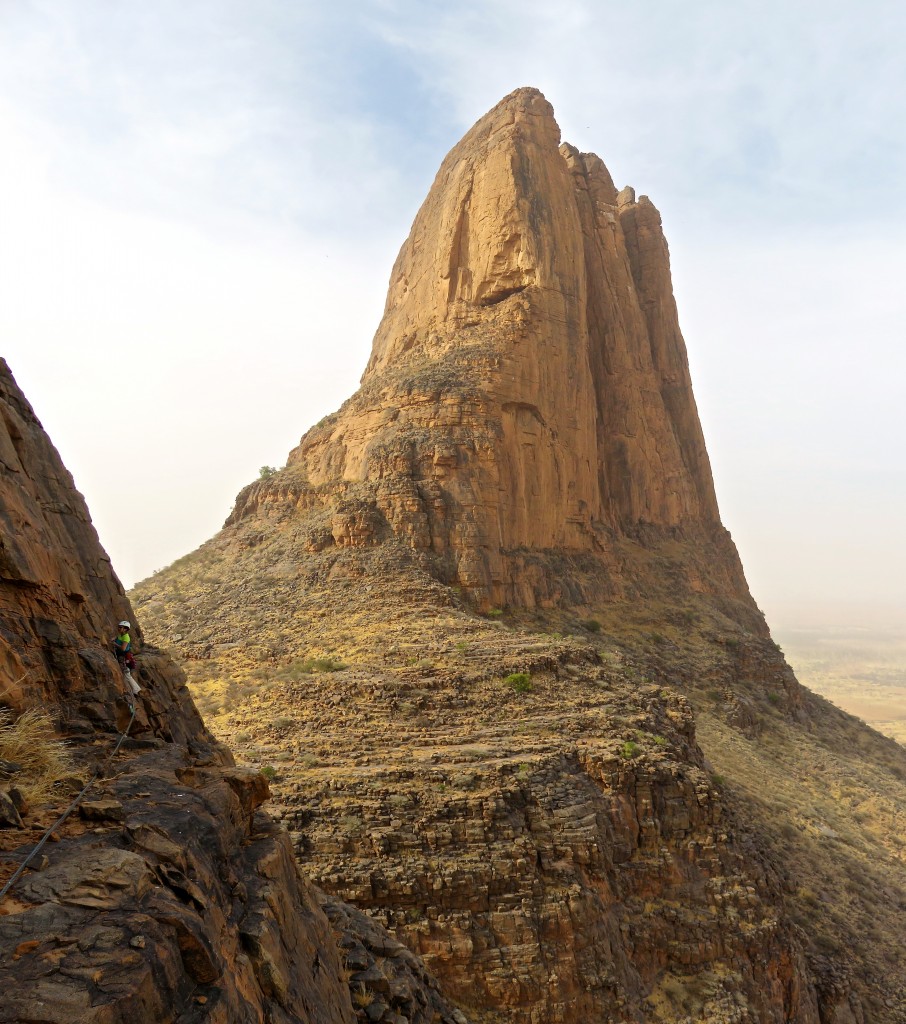 We got off route near the top and had to traverse back onto the right course (stupid me for forgetting the topo). 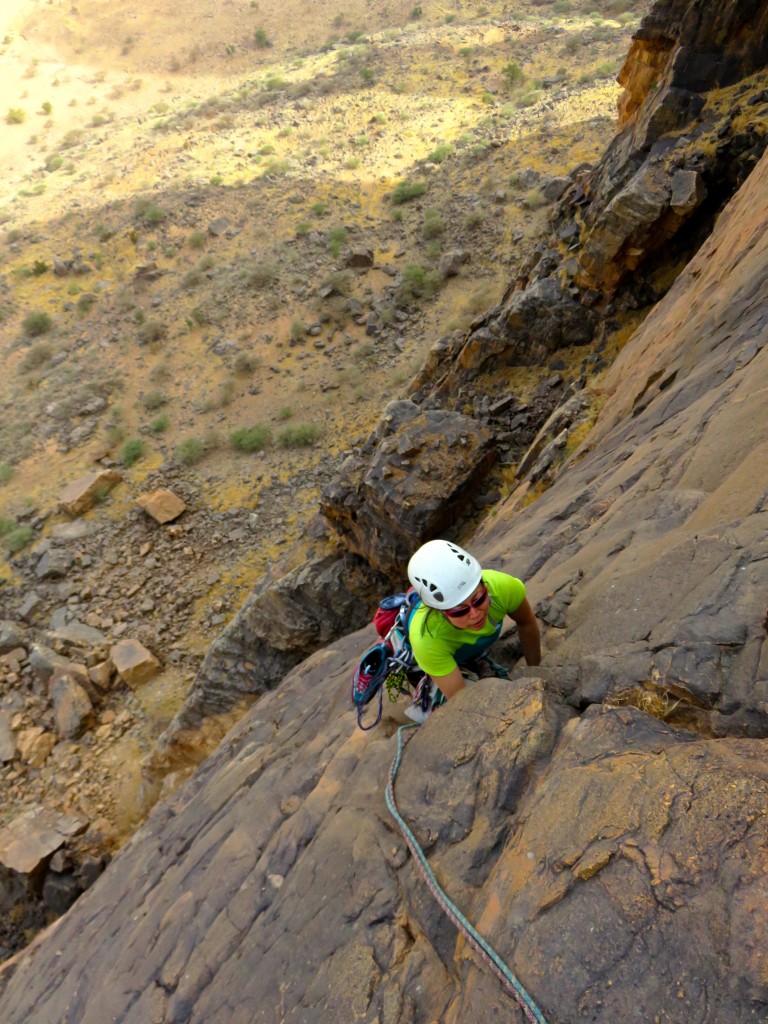 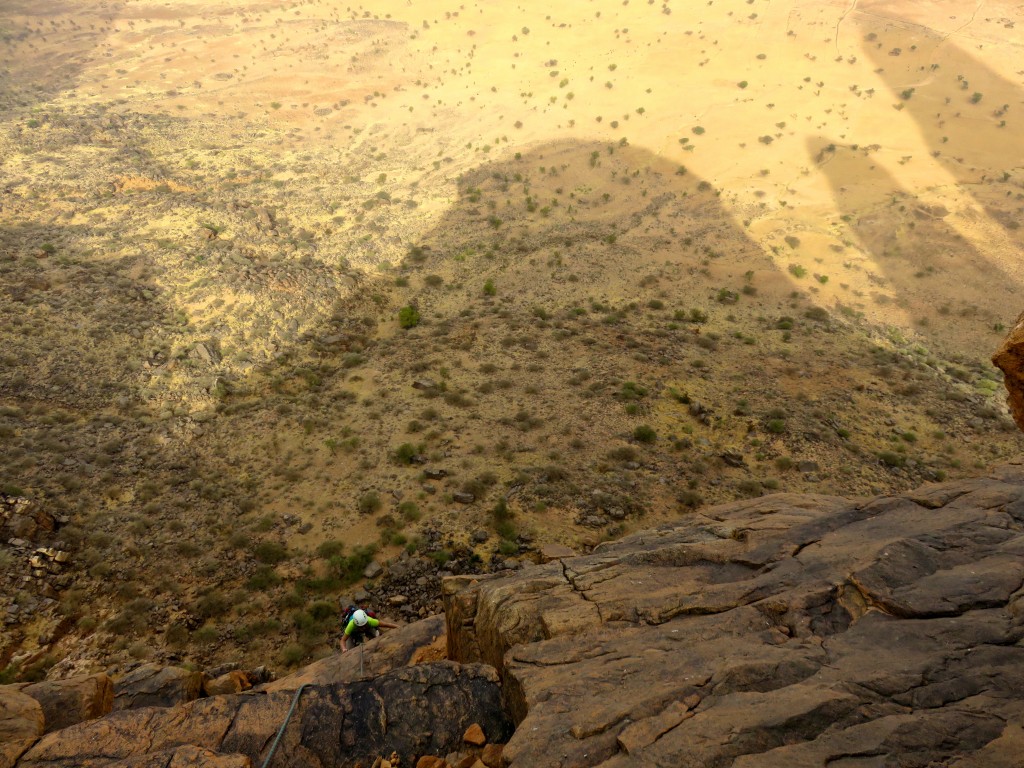 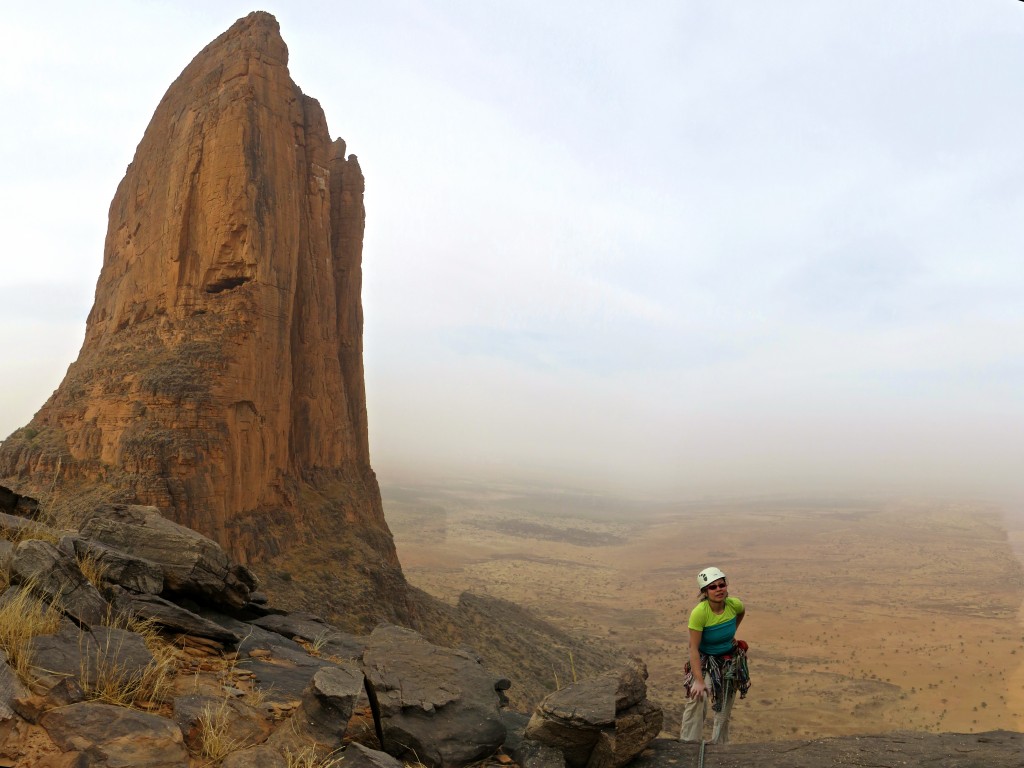 Topping out on the route with Suri Tondo dominating the view. Our first Malian route completed (Dec. 2015). 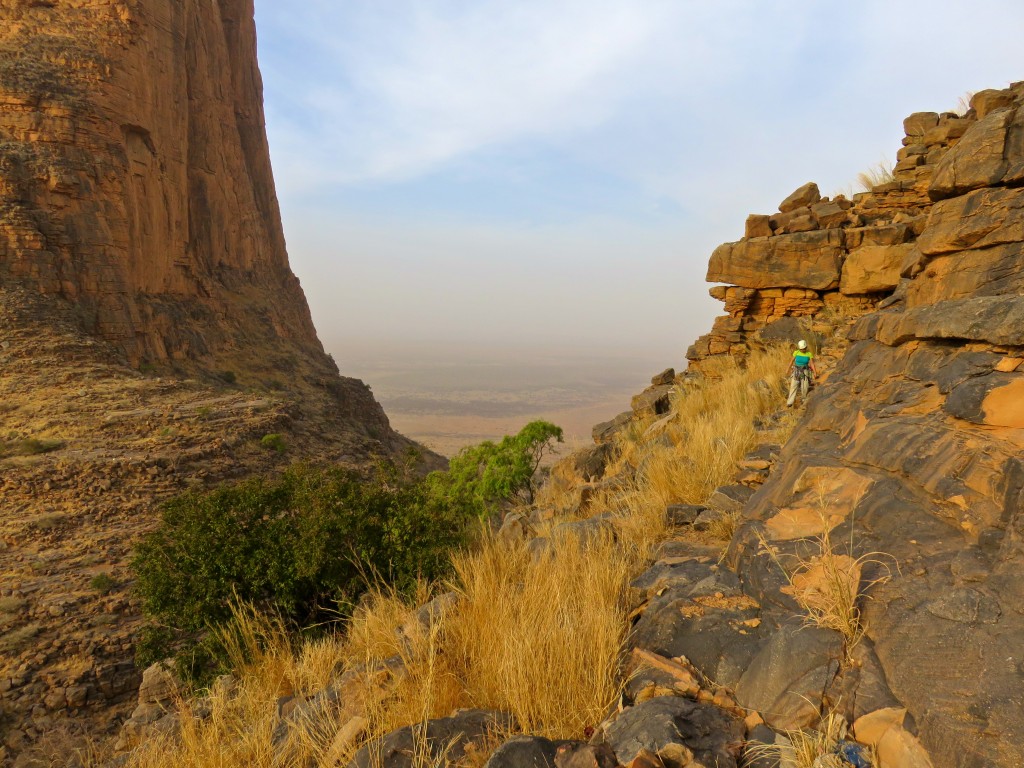 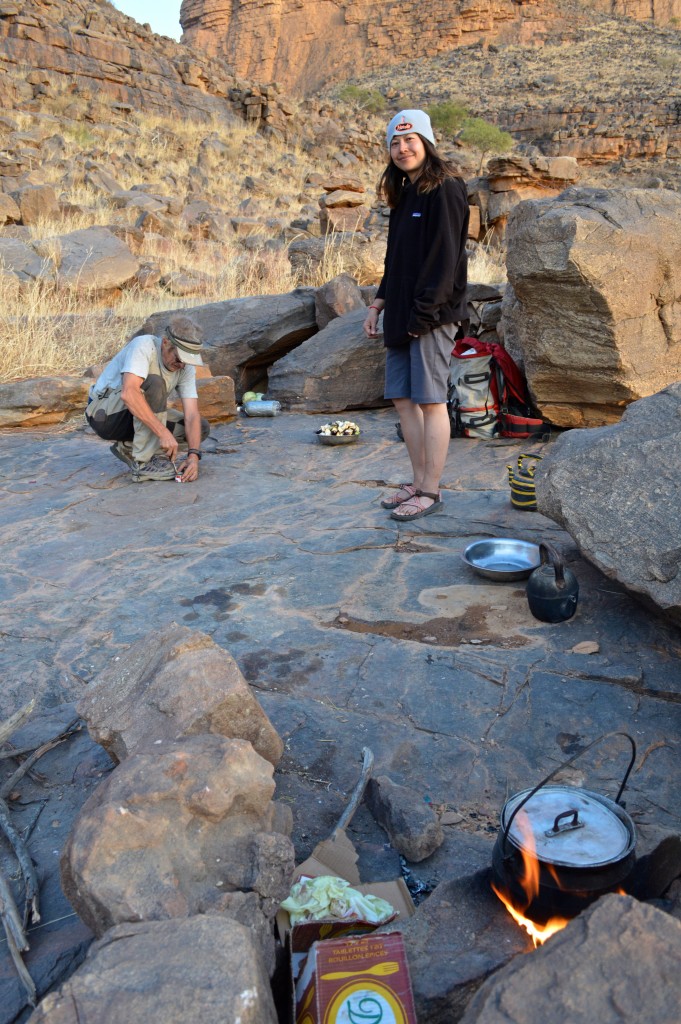 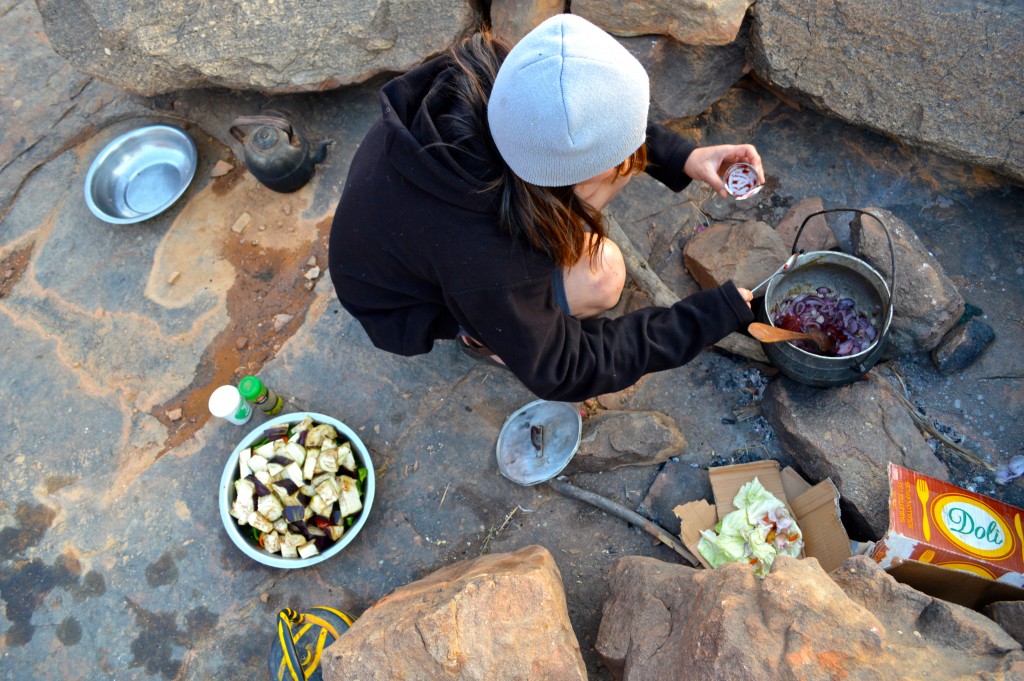 Once in a blue moon, we’d do a bit of dinner cooking…certainly not the first night though (Dec. 2015). 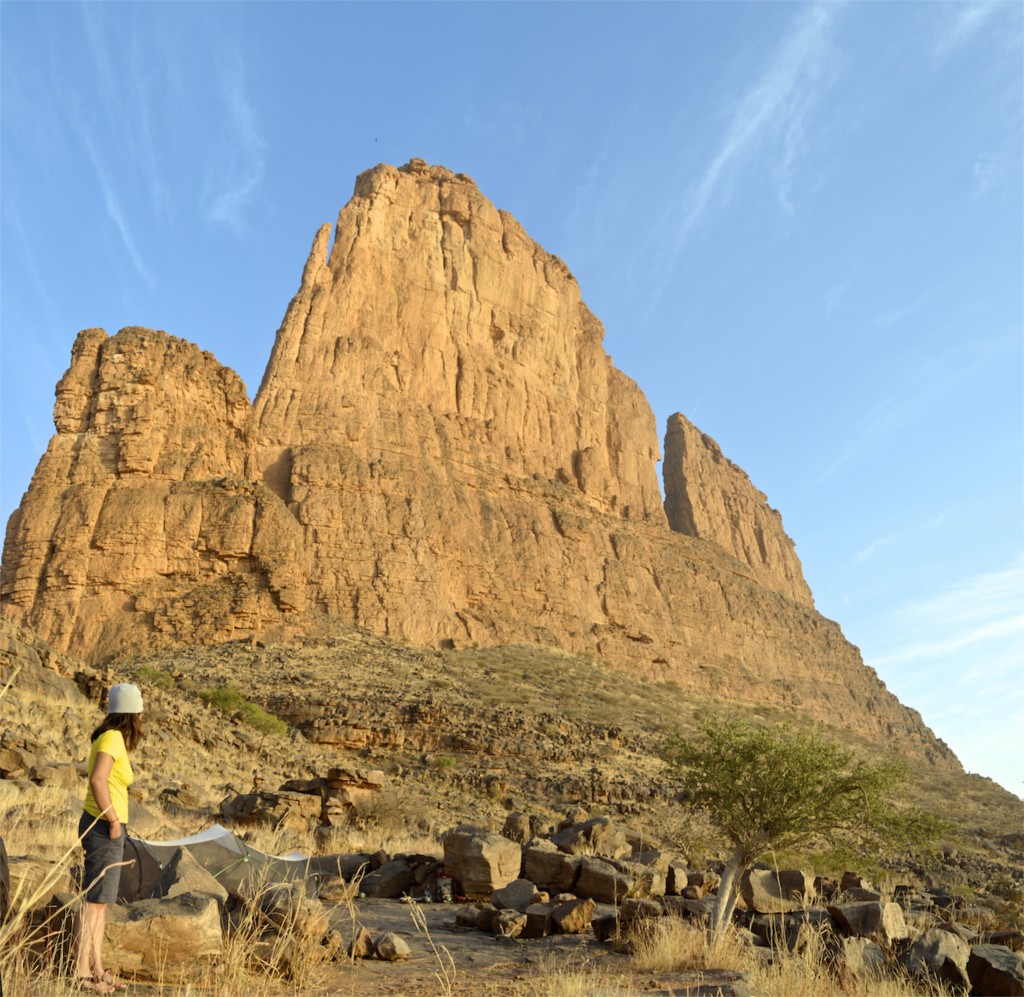 Go to Vuelva Usted Manana (Attempt).
Go back to Mali.