Go back to Mexico Road Trip.
Go back to EPC Day 2. 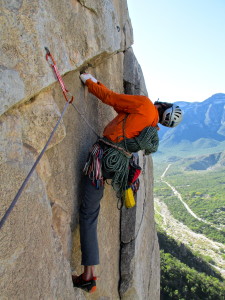 We knew that day three weather was shaping up to be the only dry one. Shirley and I got up early for our special climb only to find four climbers who were even more determined…oh well. We ended up climbing the beautiful Snott Girlz line (7-pitch, 5.10+) later that day while Eric and Lucie did the next door Treasure Of The Sierra Madre. Spectacular climbing and a much easier 10+ than Agua…or maybe it was the crack climbing part or perhaps the sunshine? One final home-cooked dinner followed by another very rainy morning. 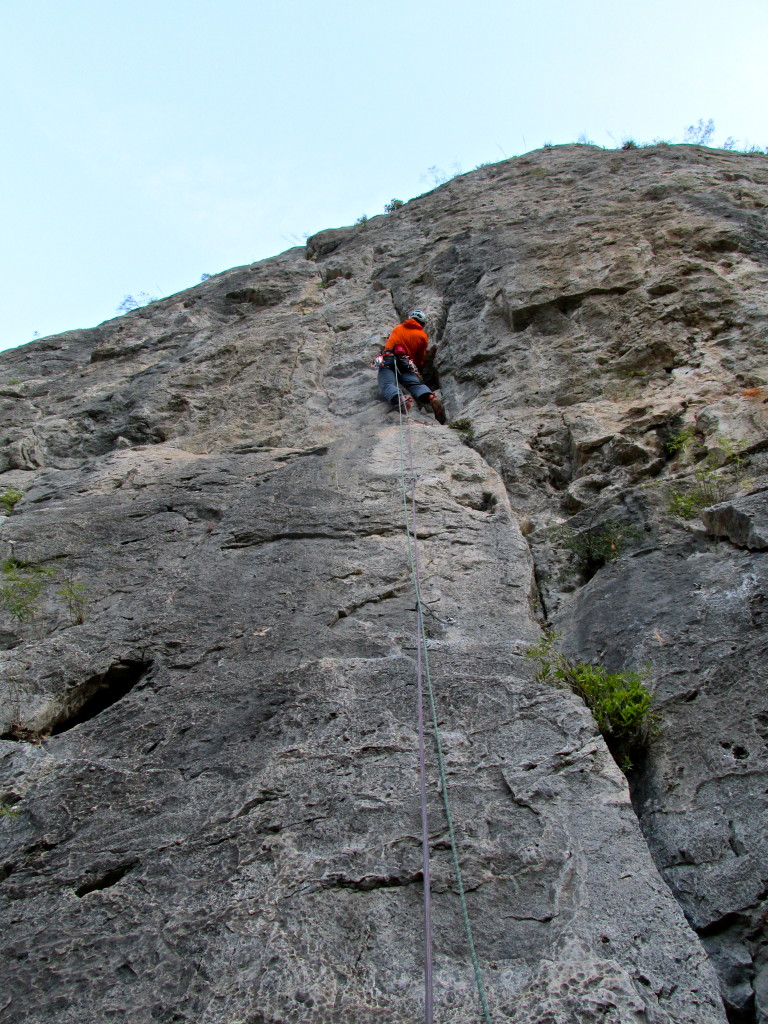 Leading the BEAUTIFUL pitch 1 of Snott Girlz (5.10+). This route had the best climbing of all the routes from the road trip and became our new favorite in EPC (taking the cake away from Pancho Villa…). 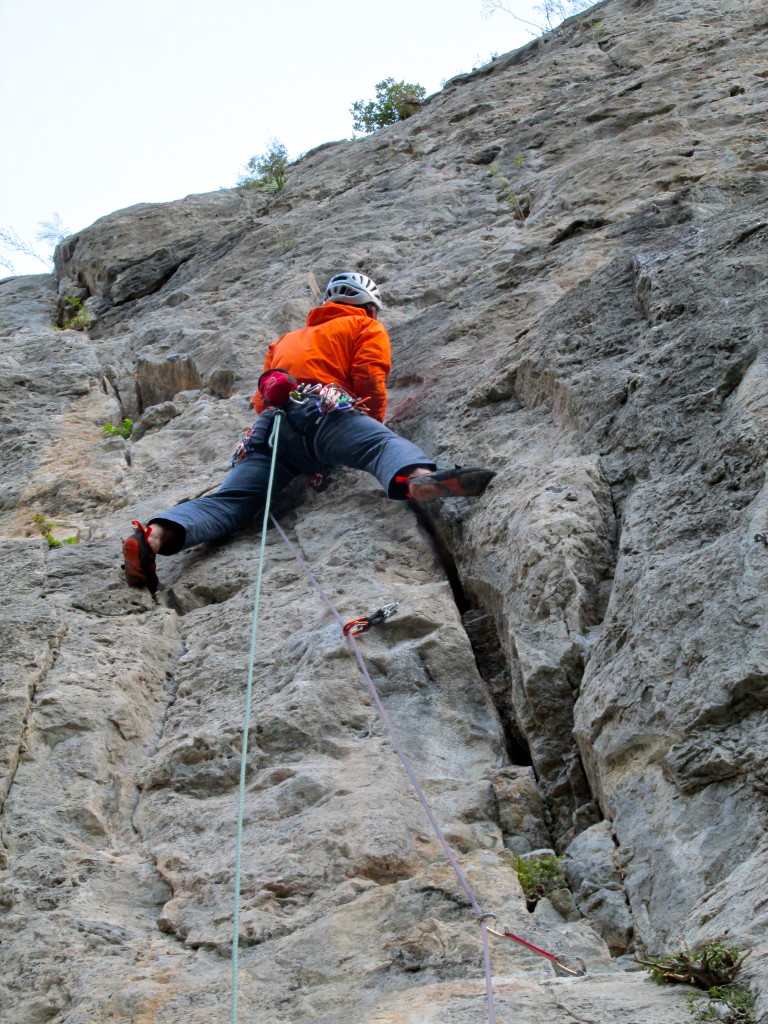 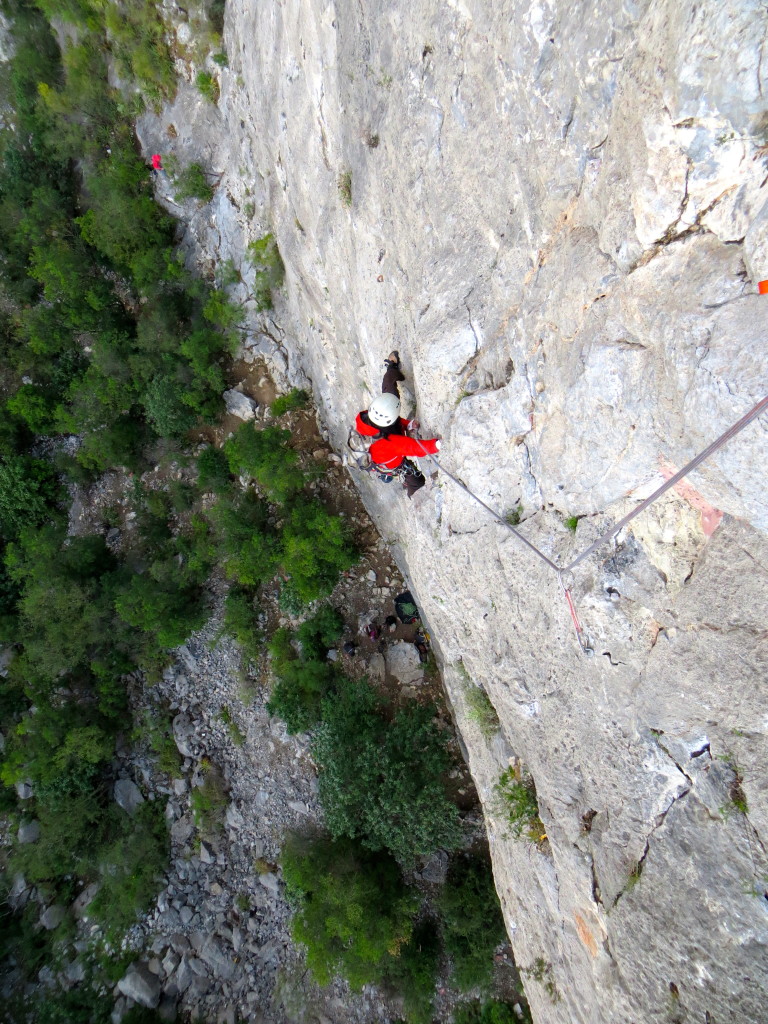 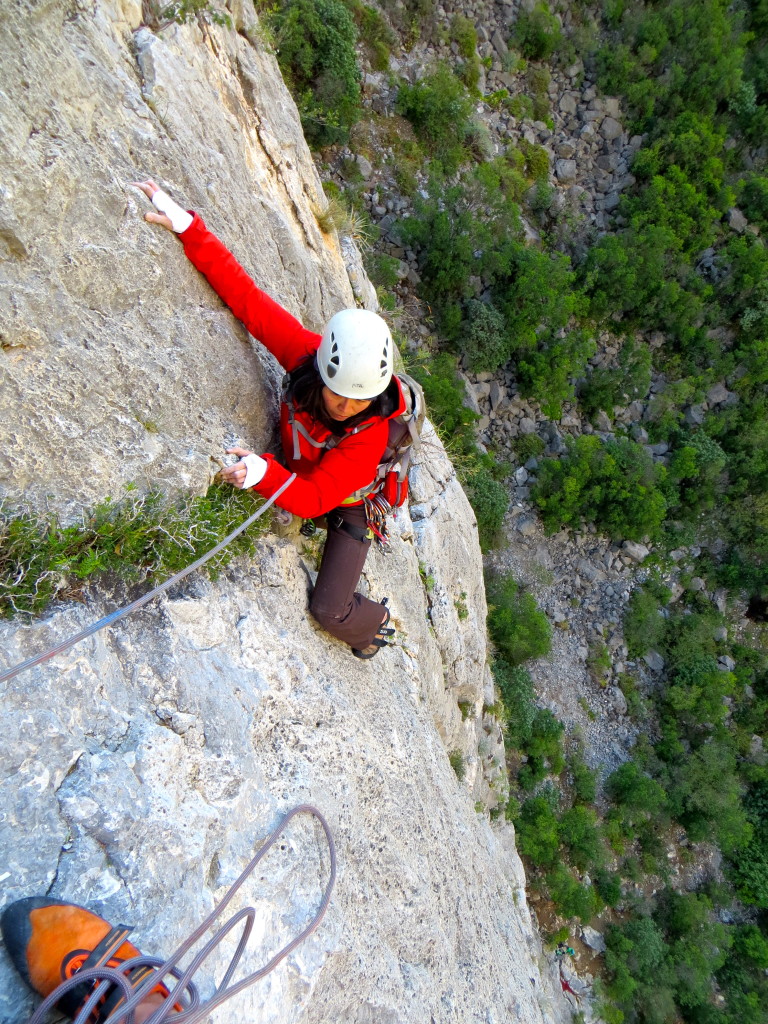 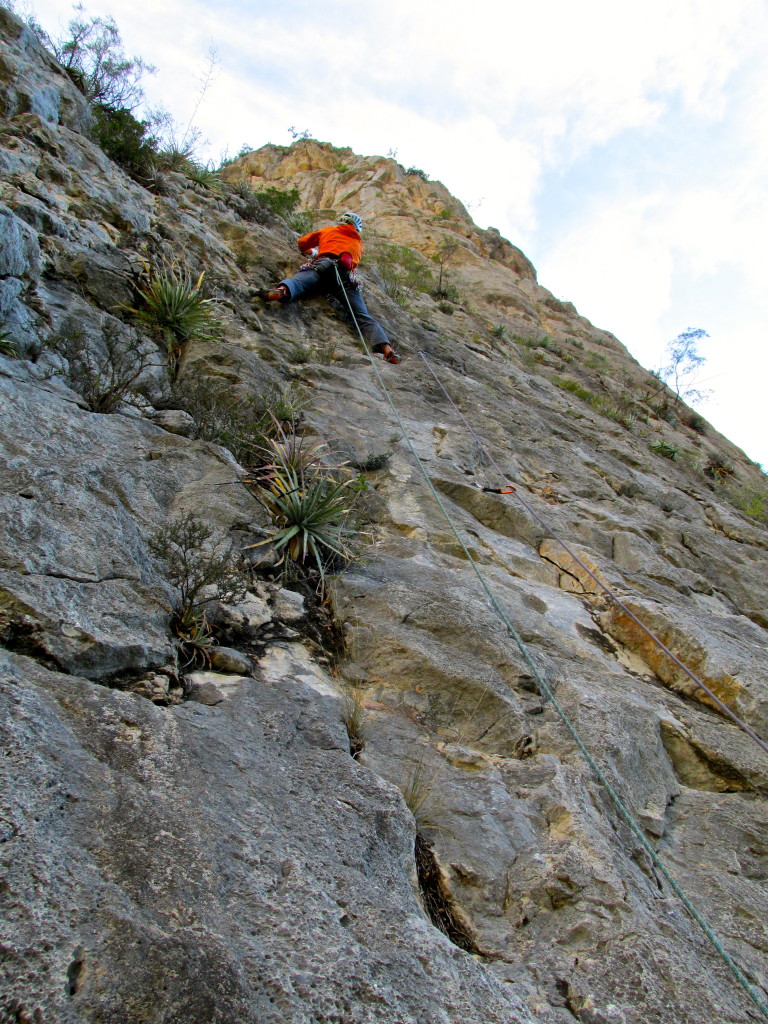 Leading pitch 3 of Snott Girlz. Went a bit too far left on this pitch and ended up pulling off a large loose rock (Dec. 2013). 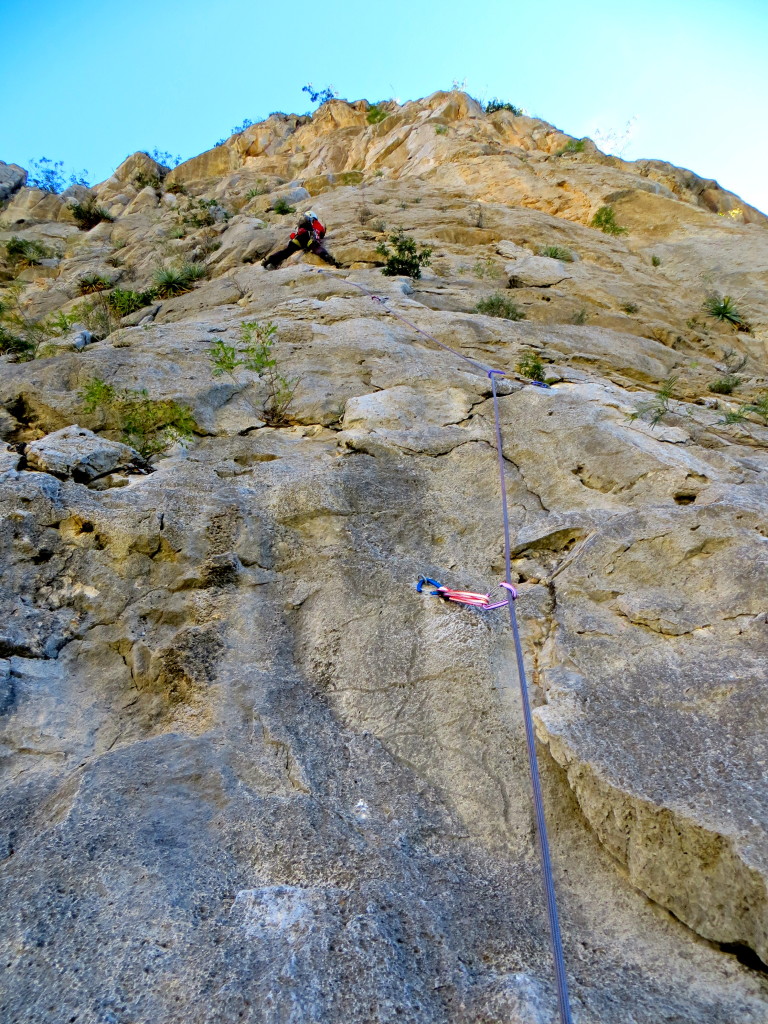 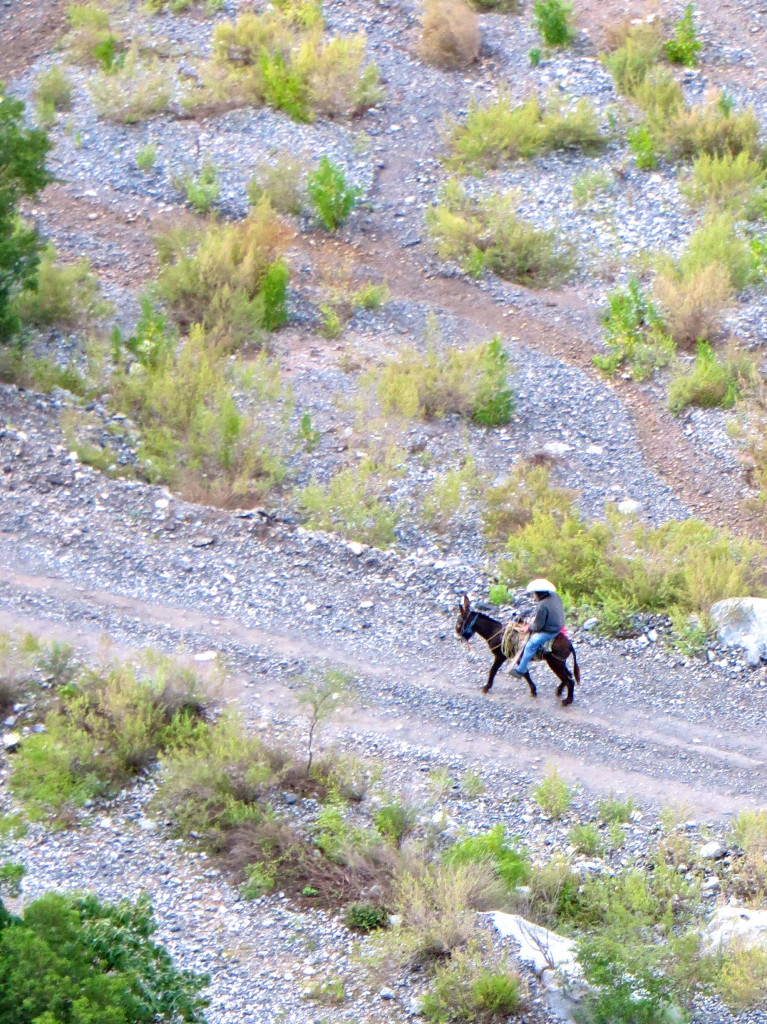 A gentleman we probably saw on our previous trip riding his donkey through El Potrero Chico (Dec. 2013). 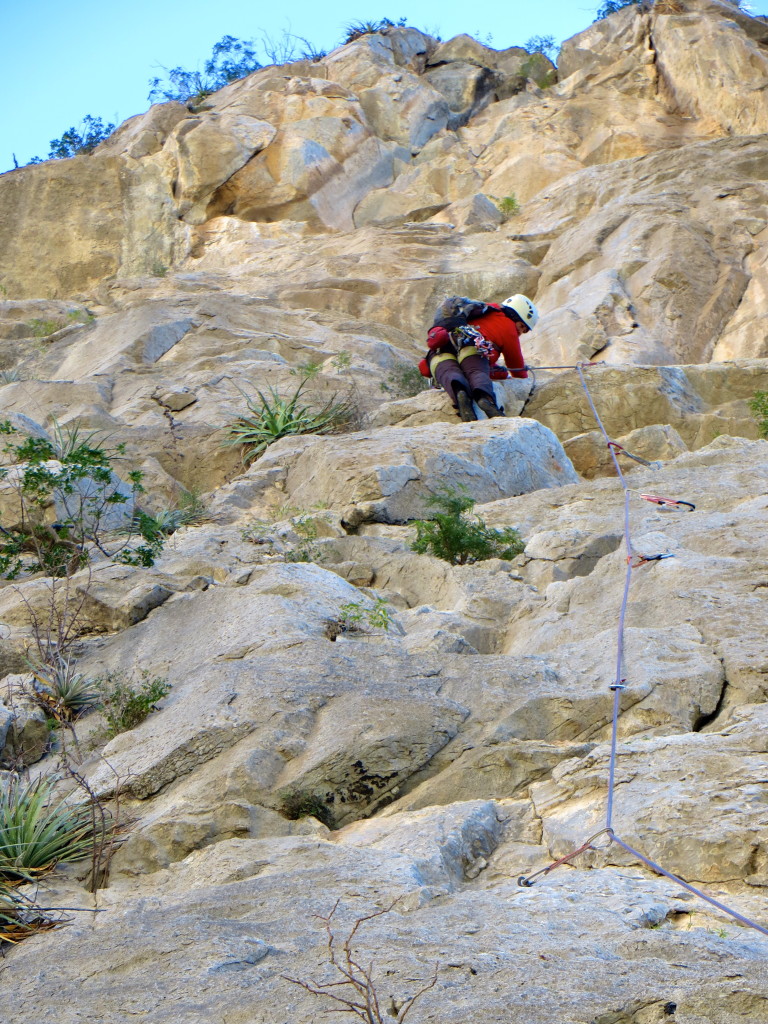 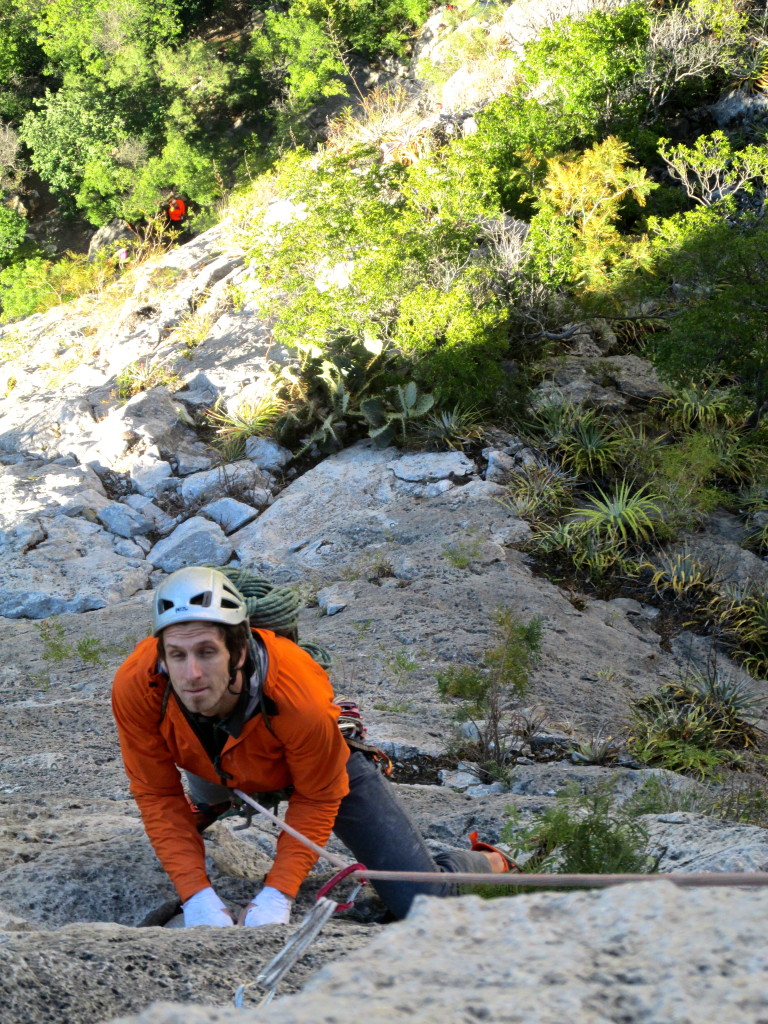 Topping out on pitch 4 of Snott Girlz…no more pre-noon tequila for this fucker! 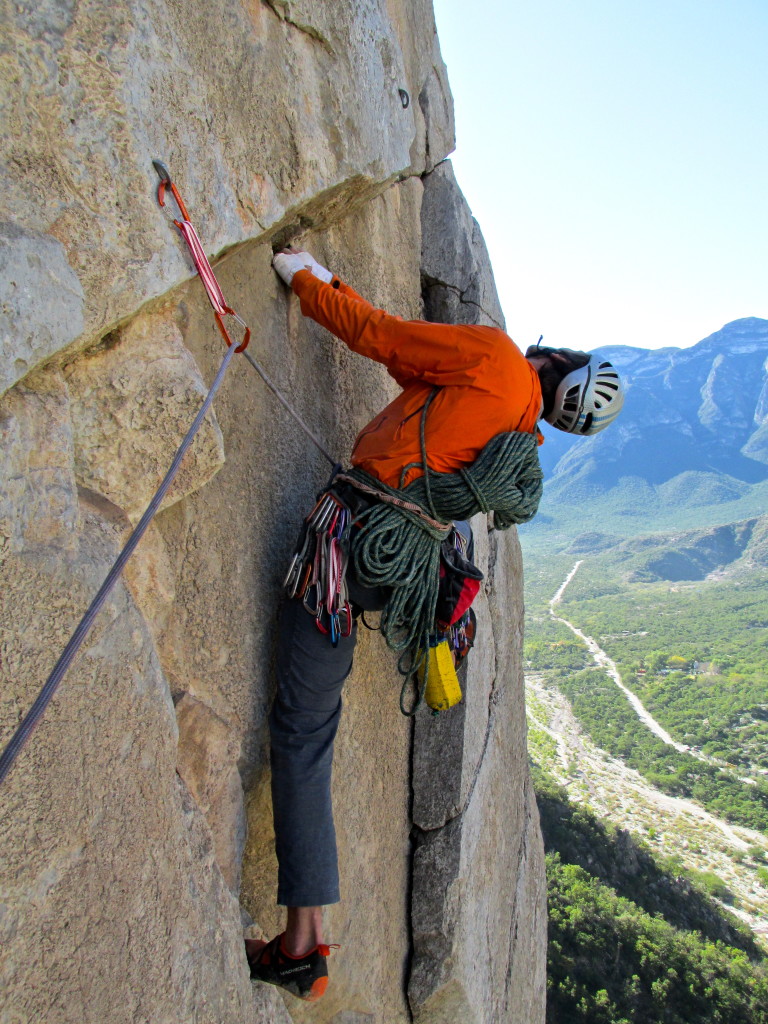 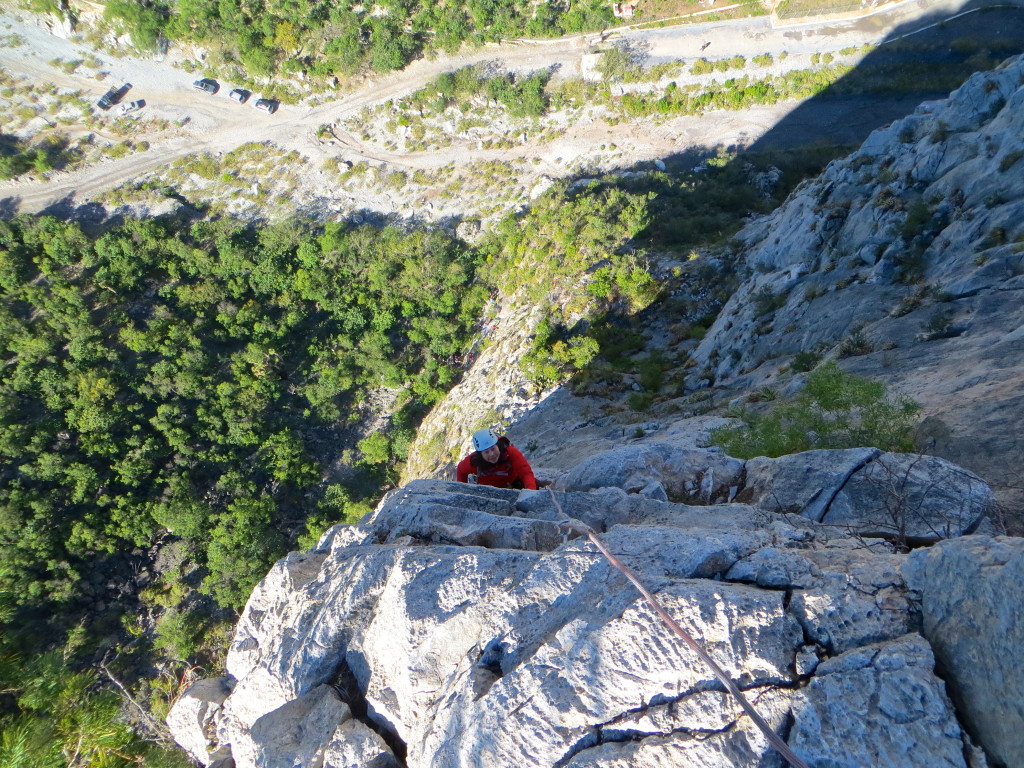 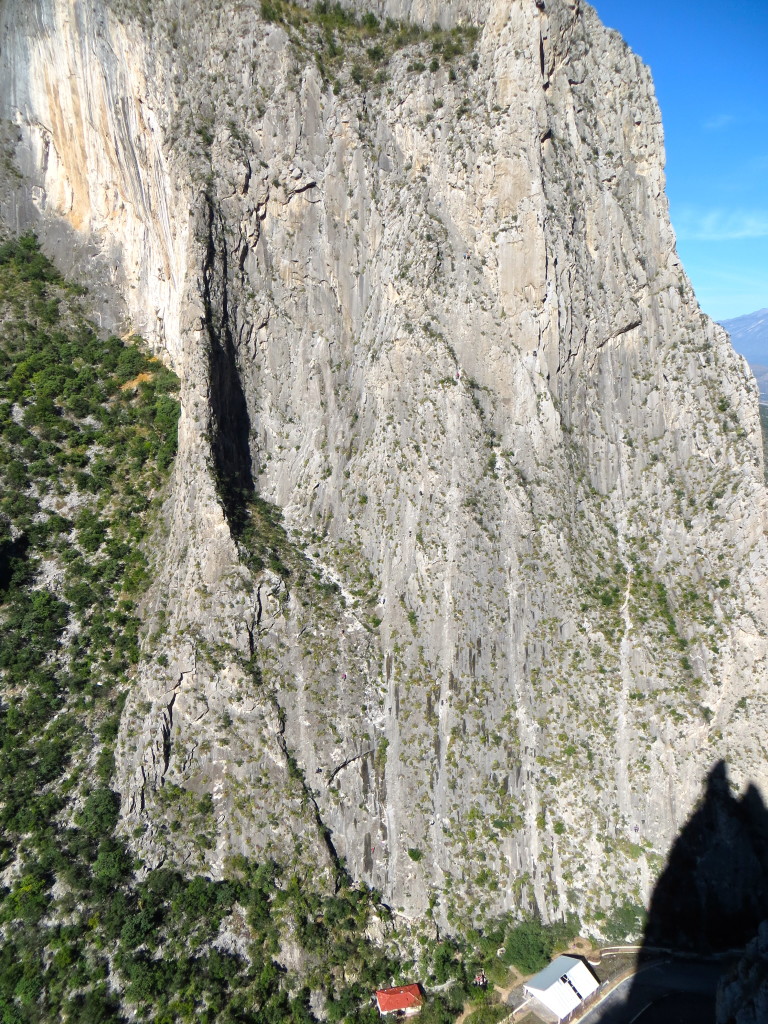 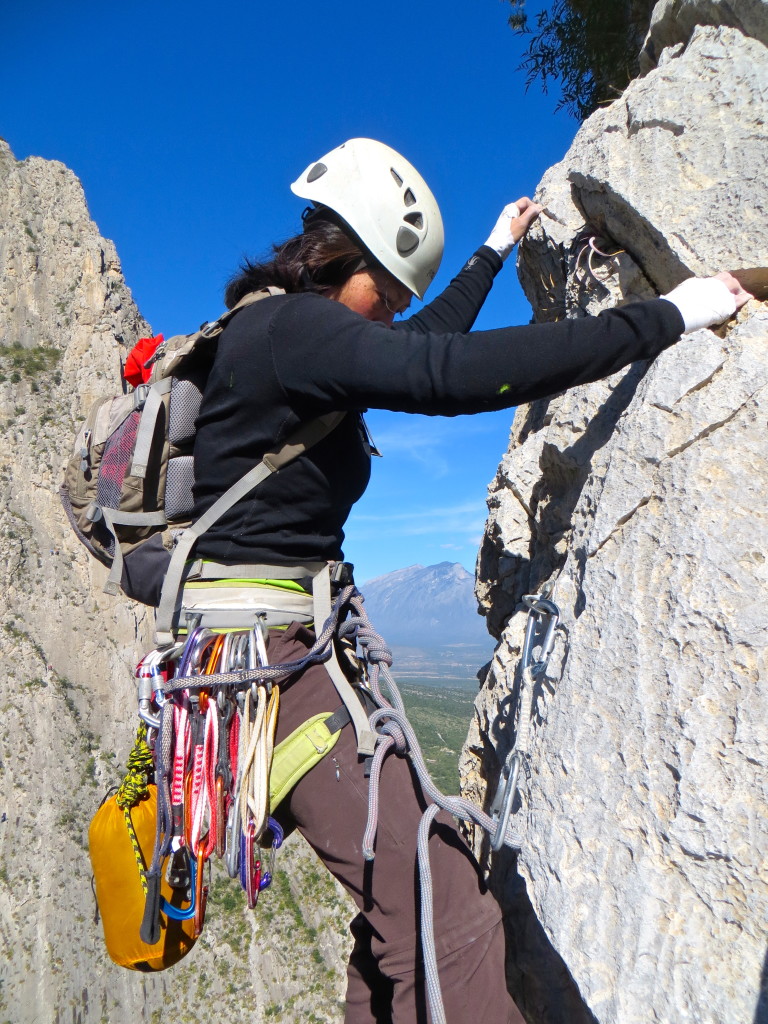 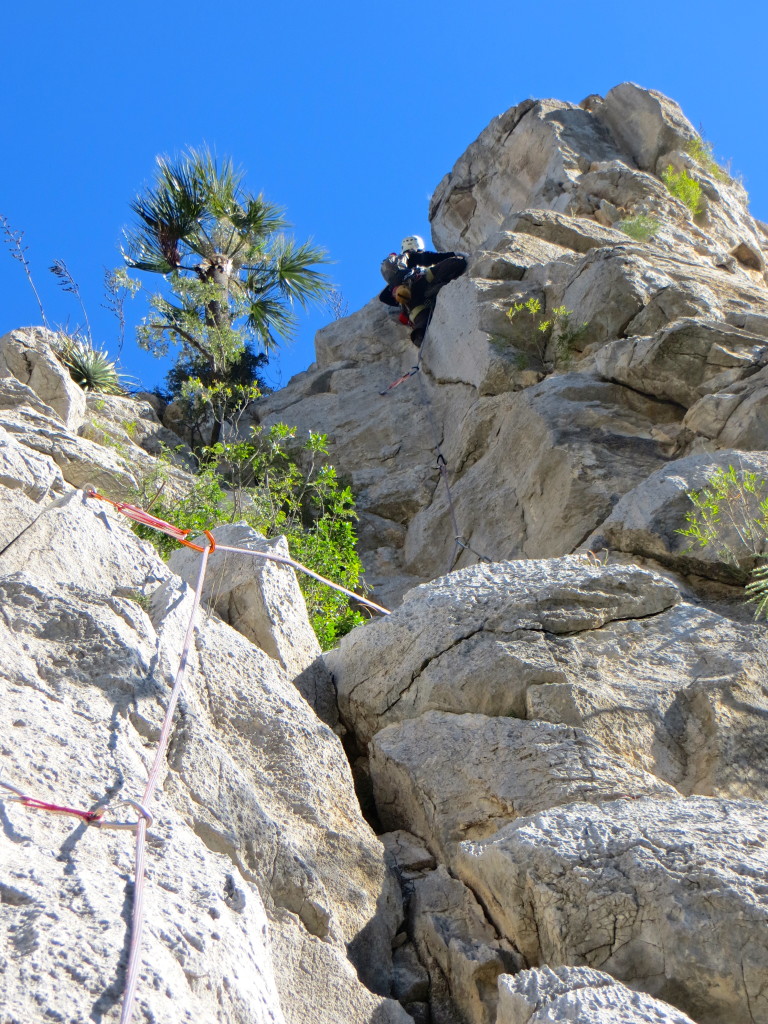 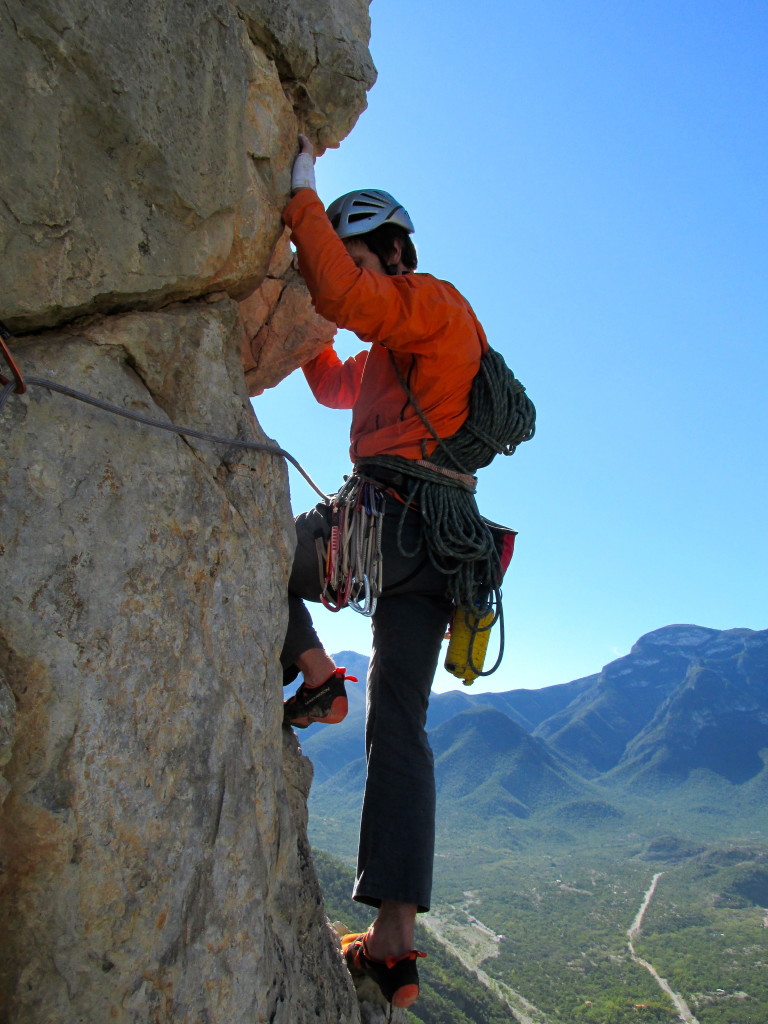 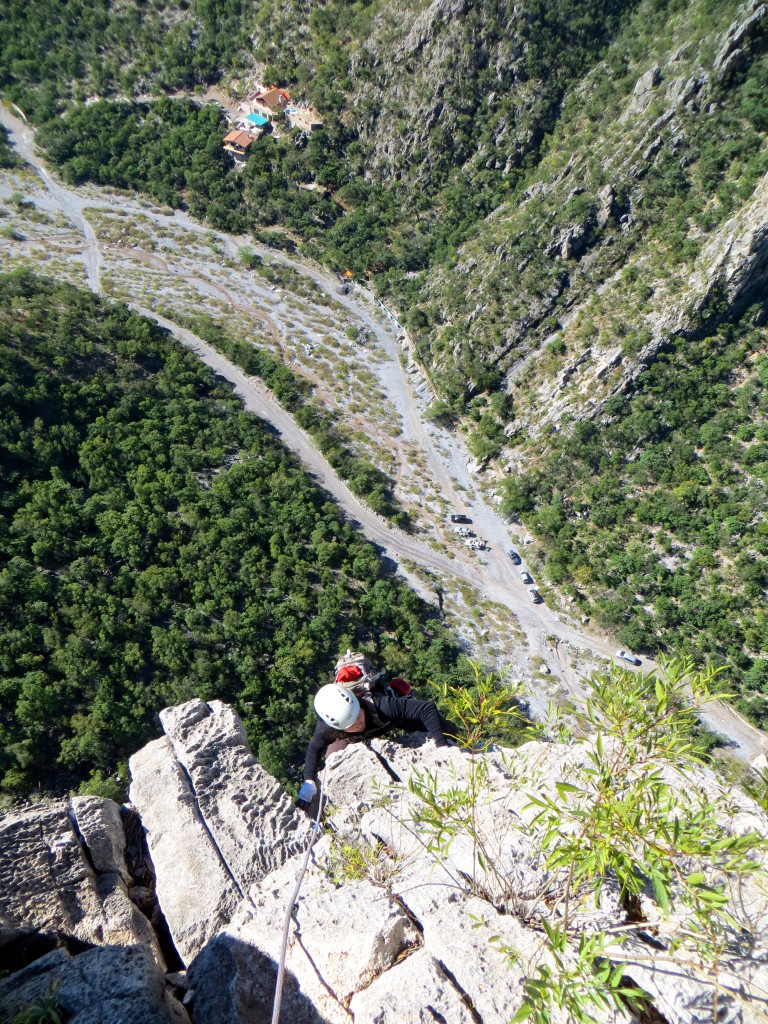 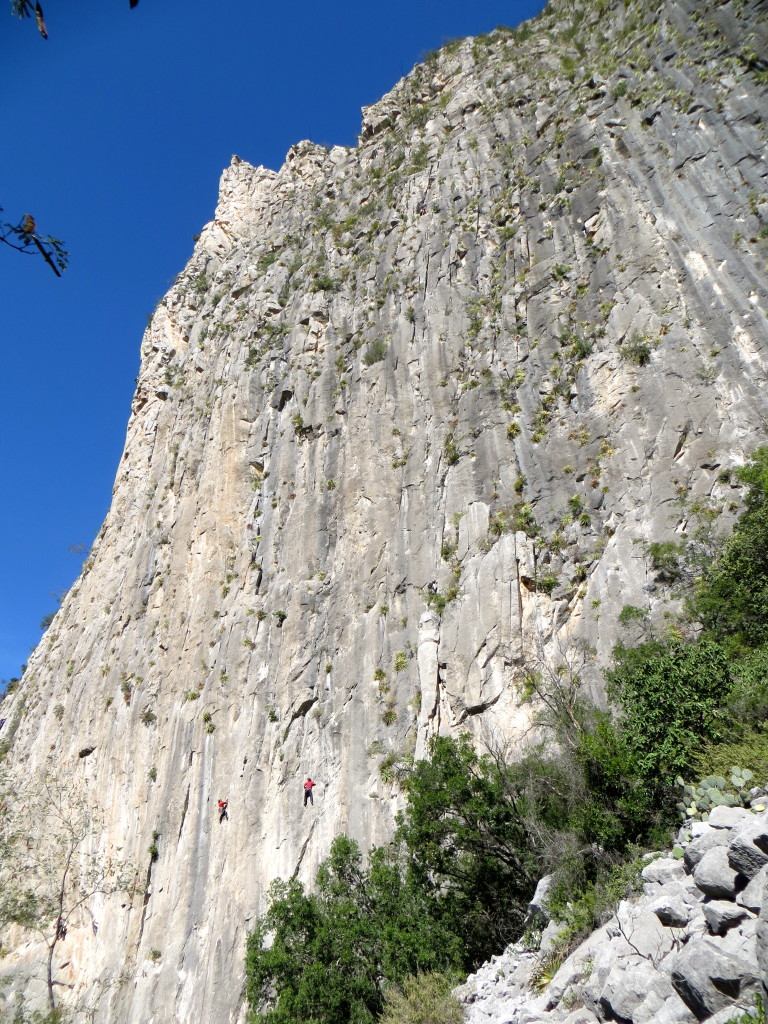 The Mota Wall. This was the first (and last) sunny day at EPC after a long spell of shitty weather. As a result, place was going off with climbers. The hawk eyed observer will spot Eric and Lucie rapping down the Treasure Of The Sierra Madre (Dec. 2013). 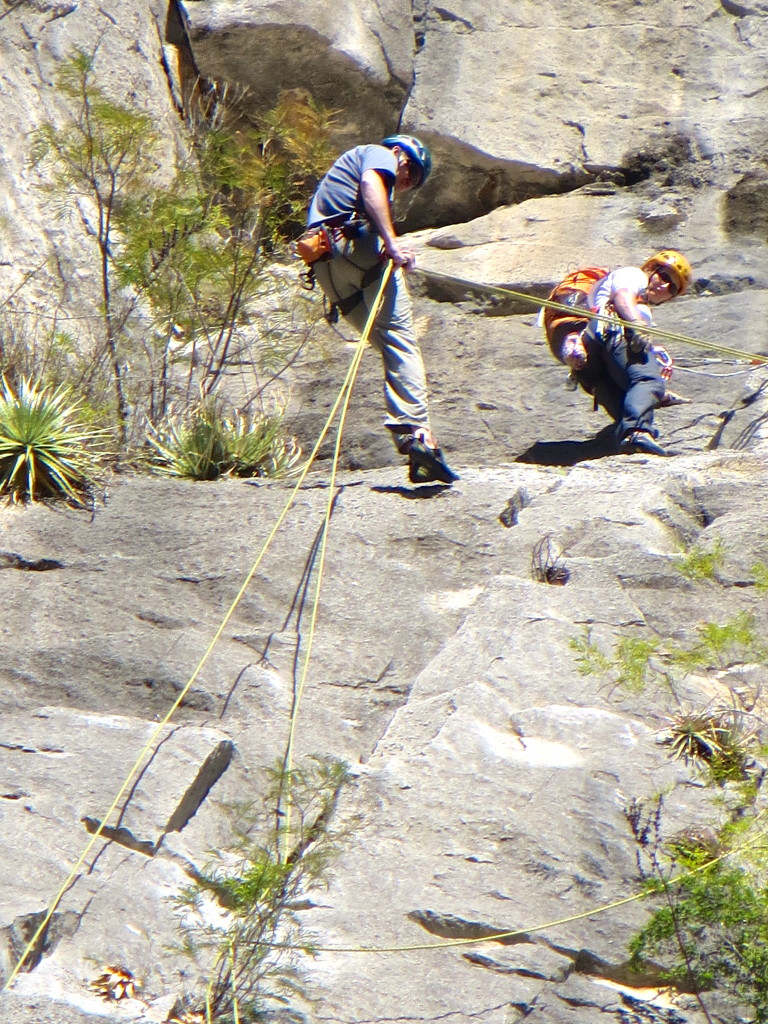 Eric and Lucie rapping down Treasure Of The Sierra Madre (Dec. 2013). 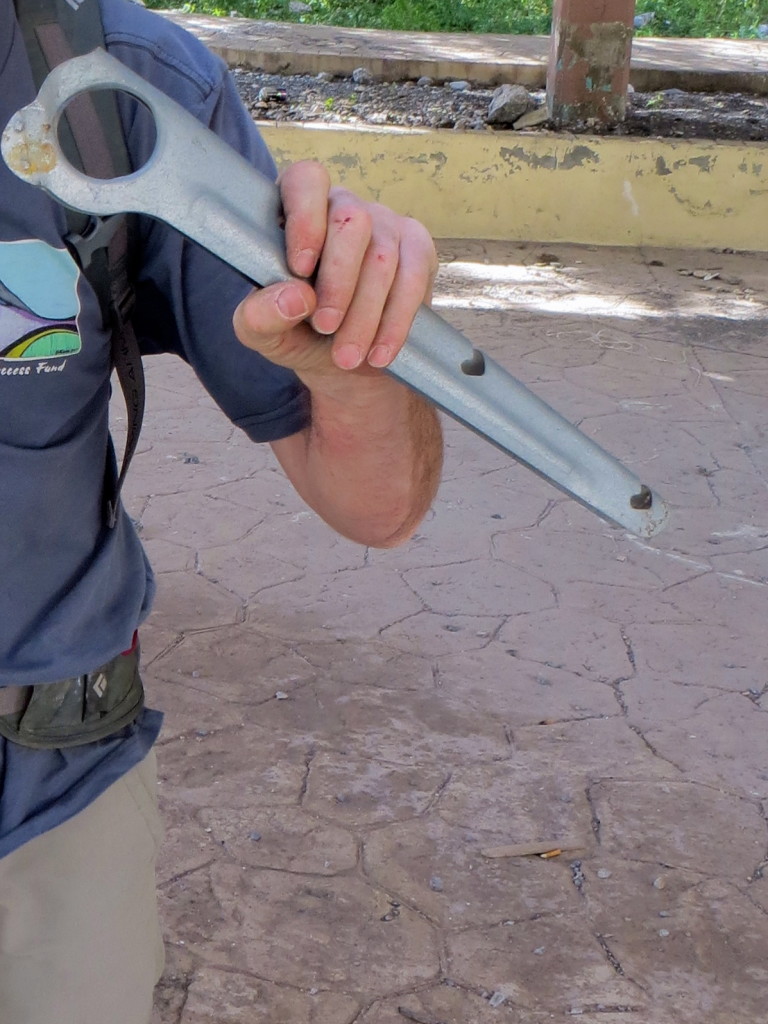 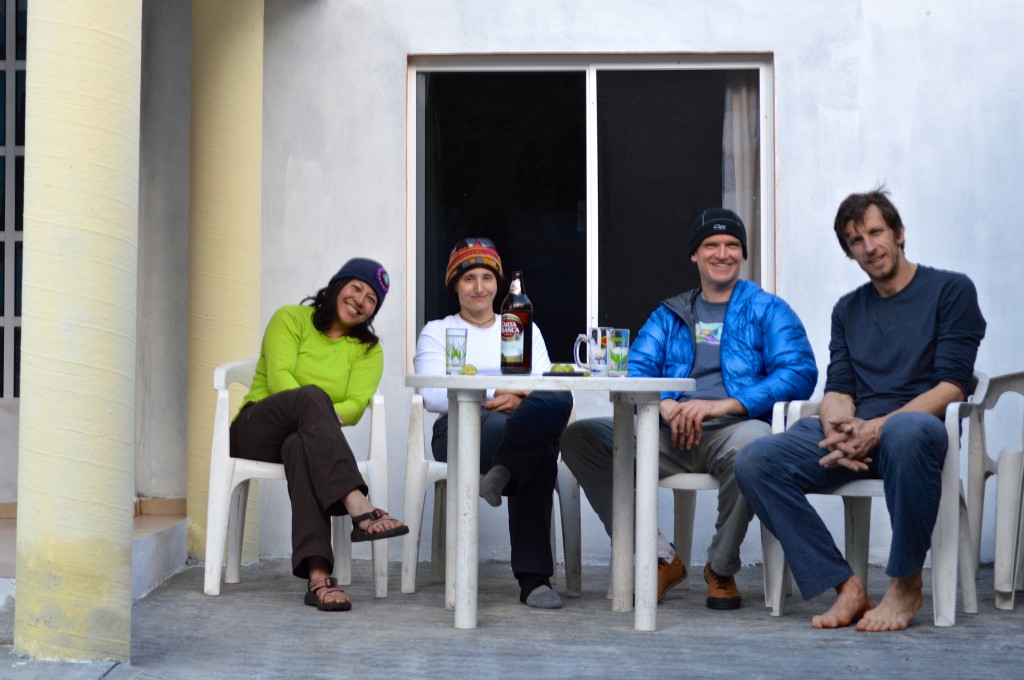 Shirley, Lucie, Eric, and myself enjoying our casita (with some Cartas) after a good day of climbing (Dec. 2013).

Go to Last Day.
Go back to Mexico Road Trip.