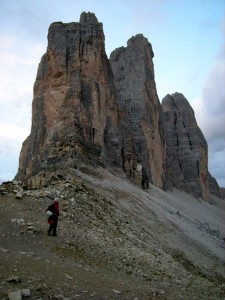 Two days later the forecast improved. We were once again looking at a day-long, decent weather window in-between systems. A 5 am wake up call at the now familiar Rif. Auronzo…but the motivation faltered in the morning cold and so we slept till 6:30 in our rental car outside the Rifugio. Finally at the base of the route, we found two parties starting up – oh well, that’s what we get for our laziness. Additionally, a localized system seemed to be dropping rain on us…wait, it turned out to be the run-off from the upper portion of the wall (steep wall)! The rock was cold and wet in places. Two Brits were in the lead followed by two Italians. All of us were moving at about the same pace (& in similar style – i.e. yarding liberally on fixed pins through the hardest and often wet stretches) and so no major cluster f’s were encountered. About three pitches up, another party started up the route (and one more started up the 5.12a Directissima line next door!!). It turned out to be two young local climbers casually and quickly cruising the line. About six pitches up they passed us. 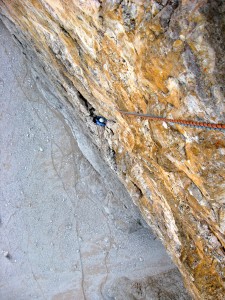 Midway up the route, the Memmel & Kohler guidebook shows the original line taking a leftward turn following easier chimneys but also indicates a direct finish. As the first pitch of the direct looked nice (crack), we followed the South Tyrol team up it. After about 55 meters of an aesthetic but progressively widening crack (with almost no fixed gear and no large cams on my rack), I belayed Shirley from a decent ledge. Above us, the direct variant turned into what looked like an unprotected squeeze chimney. I was tired and so opted to traverse back left in hopes of catching the original (likely easier) finish. This required some sketchy free moves and an A0 penji. One long but easy pitch brought us to the base of a dihedral running with water. Despite my doubts, I soon found several fixed pins and so we followed the vertical stream. Going was probably easier but our stress level was fairly high as rock was very slick and pro opportunities were limited. Three pitches from the top we saw the British team a pitch above us…and saw the two Italian teams off in the distance on the direct finish (guessing the non-English guidebook might recommend the direct…). The final pitches, though advertised as being somewhere around IV+, felt harder as I seemed to have little left in my forearms. Finally, we topped out on the chossy and narrow ringband. The ringband traverse to the south side of the mountain was stressful – loose rock would offer no pro possibilities and so we unroped for what was essentially just a scary hike. We were tired. As it was about 6pm, we opted not to scramble up to the summit in fear of missing dinner hour at Auronzo. The descent down the south face line though seemingly complex, went well though in one spot we were happy to catch a glimpse of another team to set us back on track. We slept in the Rifugio one more night hoping to climb Paterno the next day – mostly to get a nice panoramic of the north faces. Of course, by morning the weather window closed on us and Tre Cime was once again engulfed in milky whiteness. 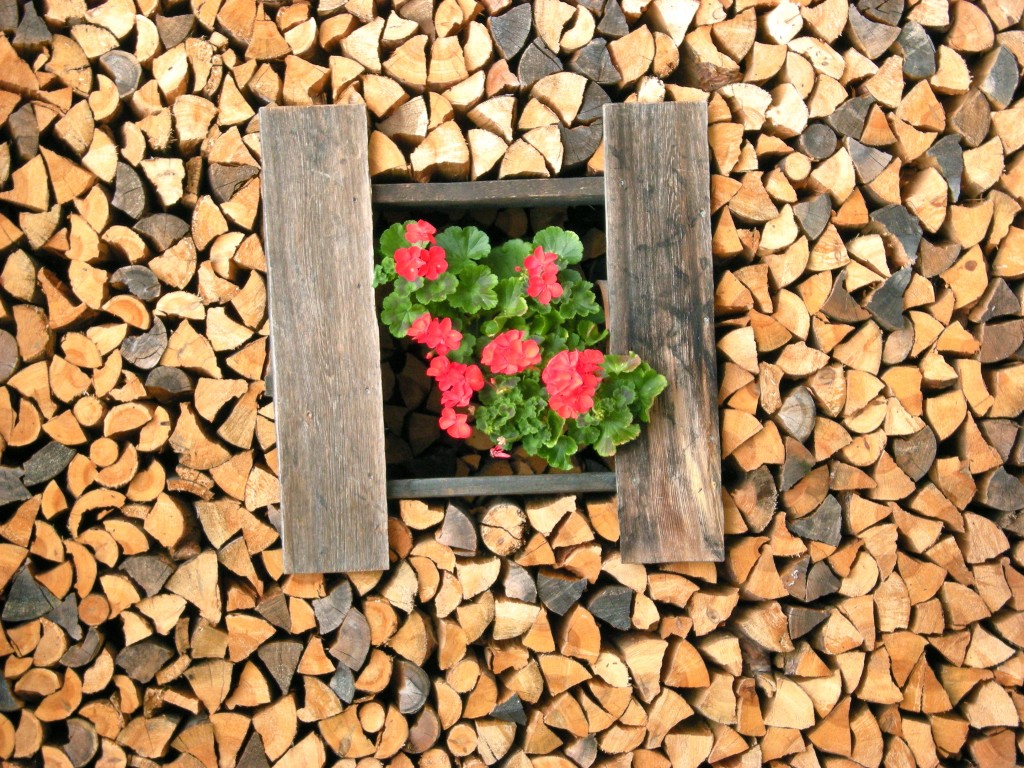 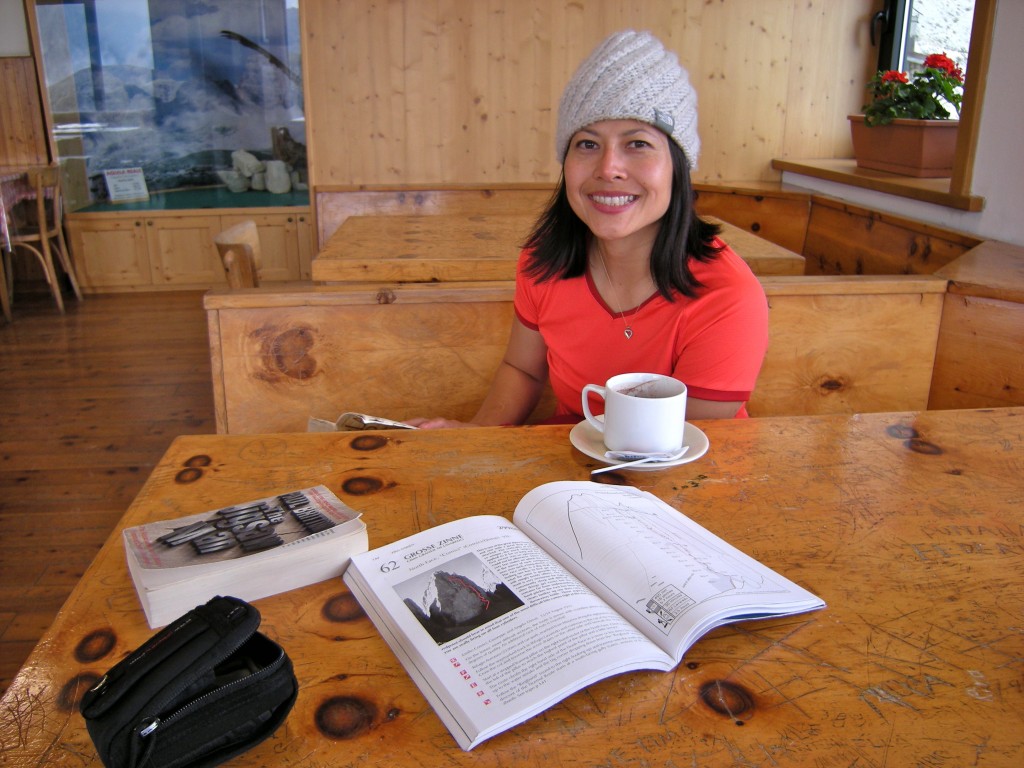 Shirley waiting out the weather in Rifugio Auronzo before our climb of Cima Grande’s north face (Aug. 2008). 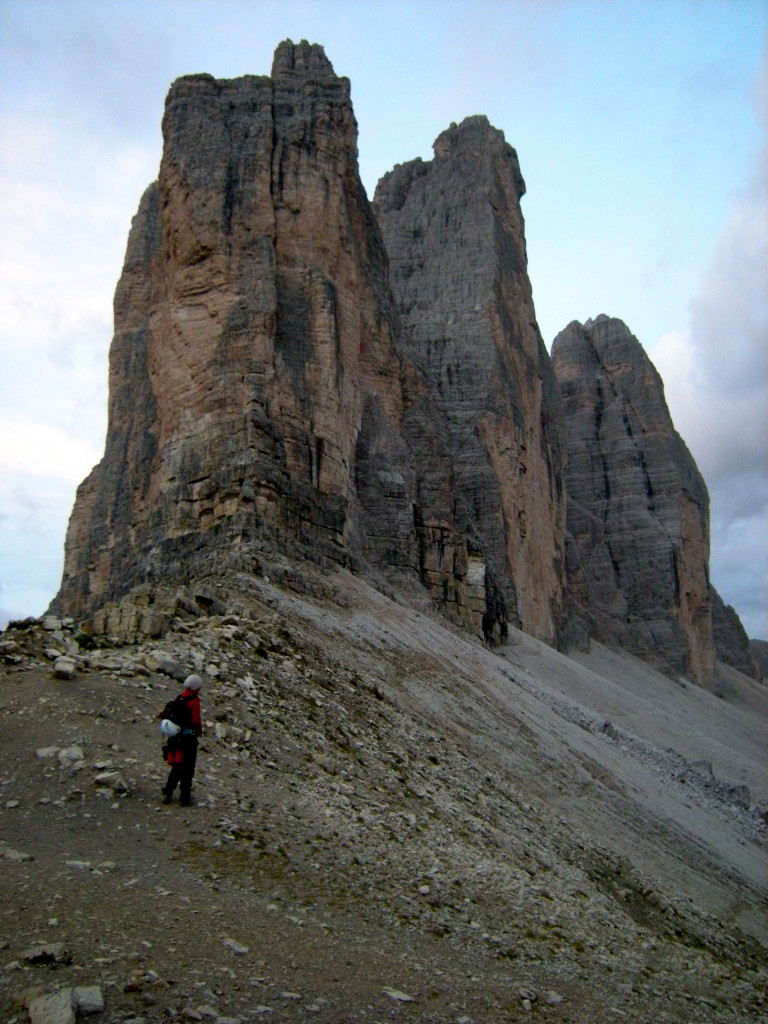 Shirley on the approach to the north face of Cima Grande. Prominent north faces of the Tre Cime di Lavaredo group appear in background, with Cima Grande being the middle formation (Sept. 2008). 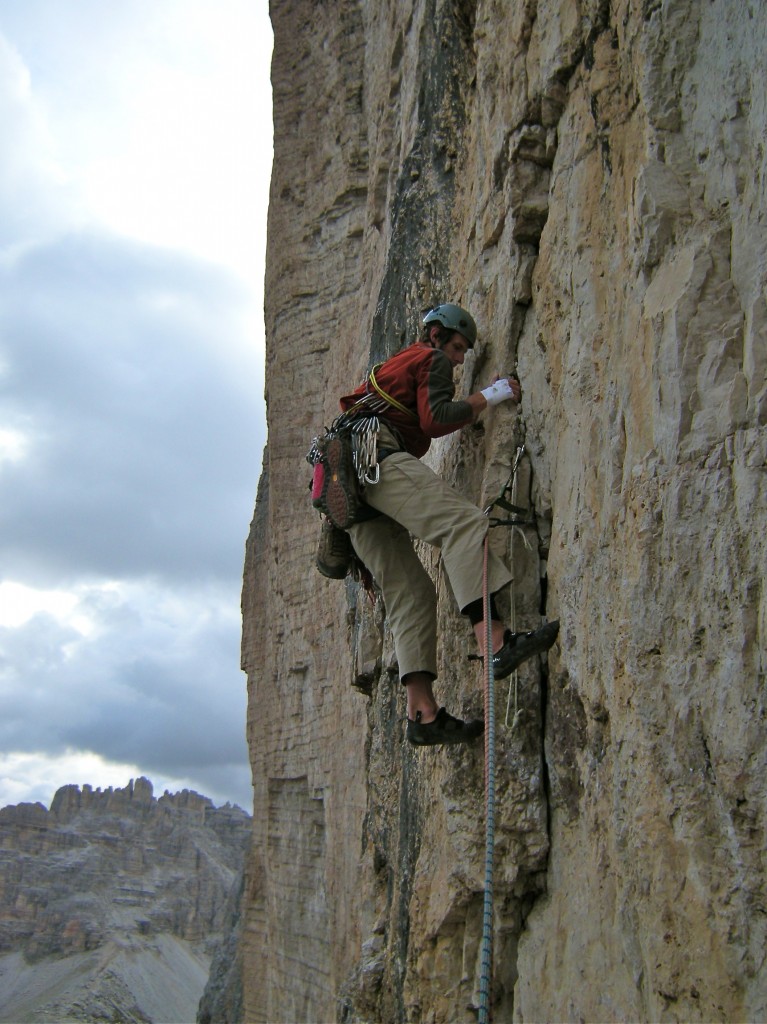 Starting up pitch 3 of Comici route on Cima Grande’s north face. This is the first pitch of real difficulties (Sept. 2008). 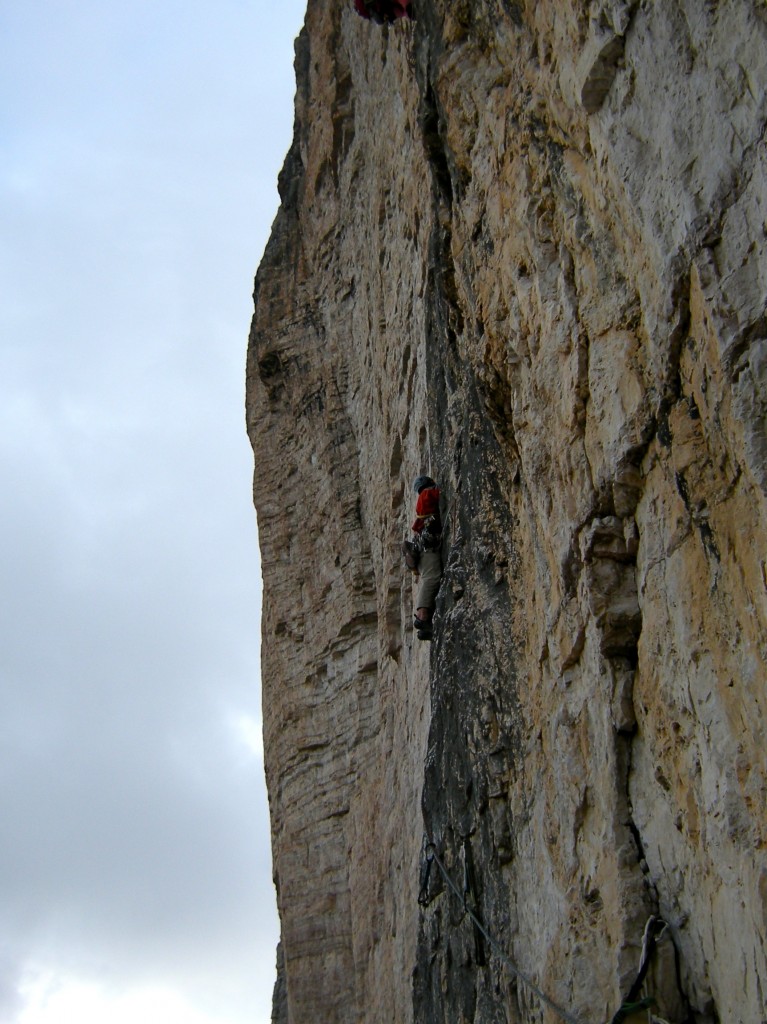 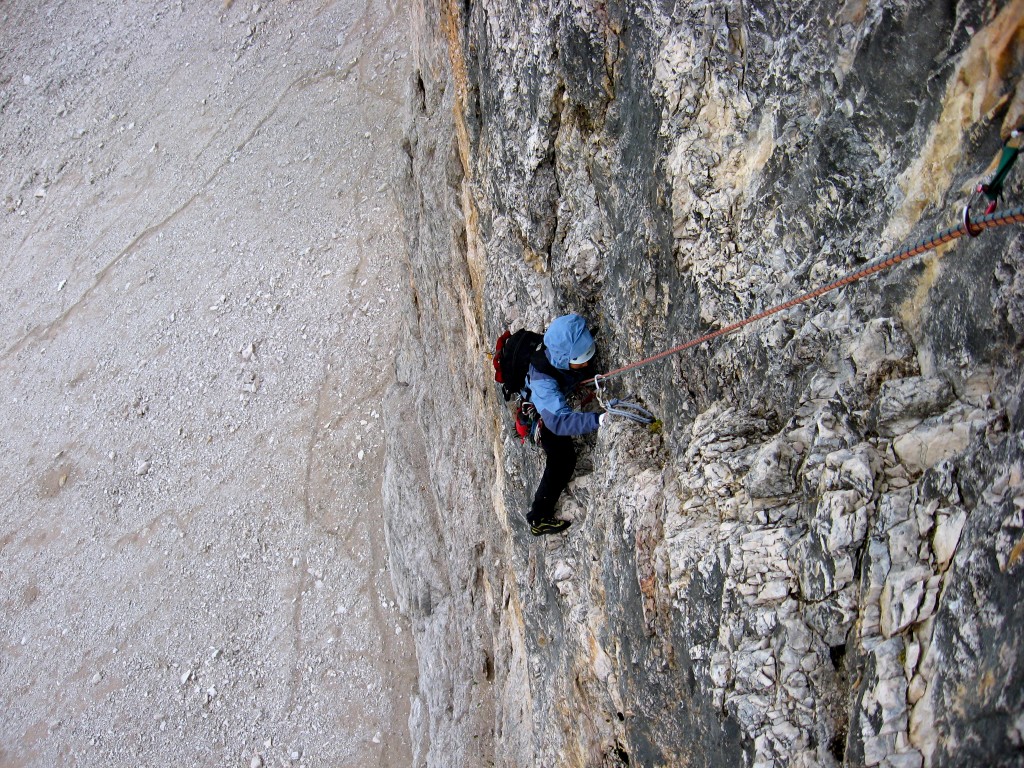 Shirley following pitch of the Comici Route on the north face of Cima Grande. The morning was cold and the conditions were wet with the constant drip from higher up on the face (Sept. 2008). 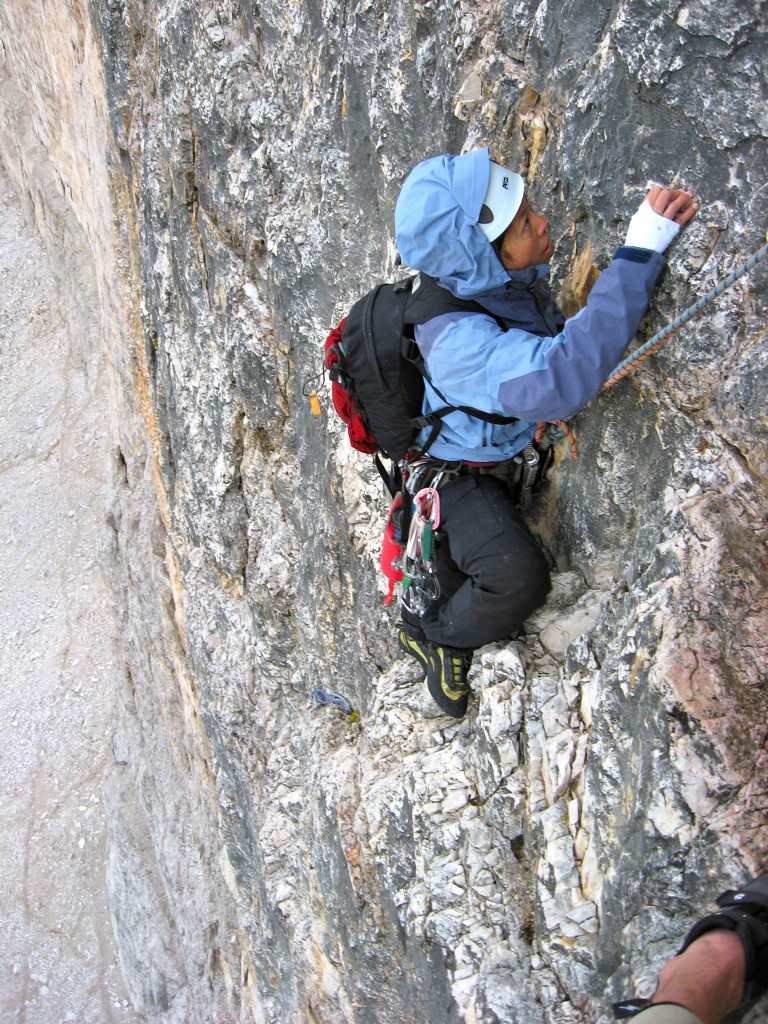 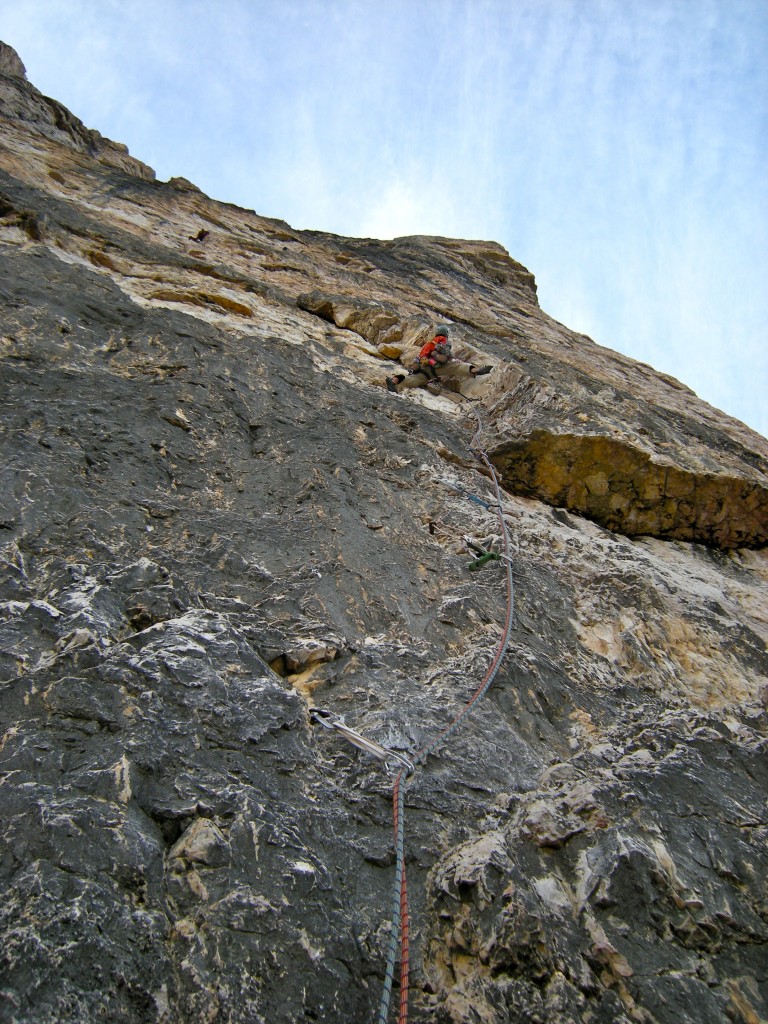 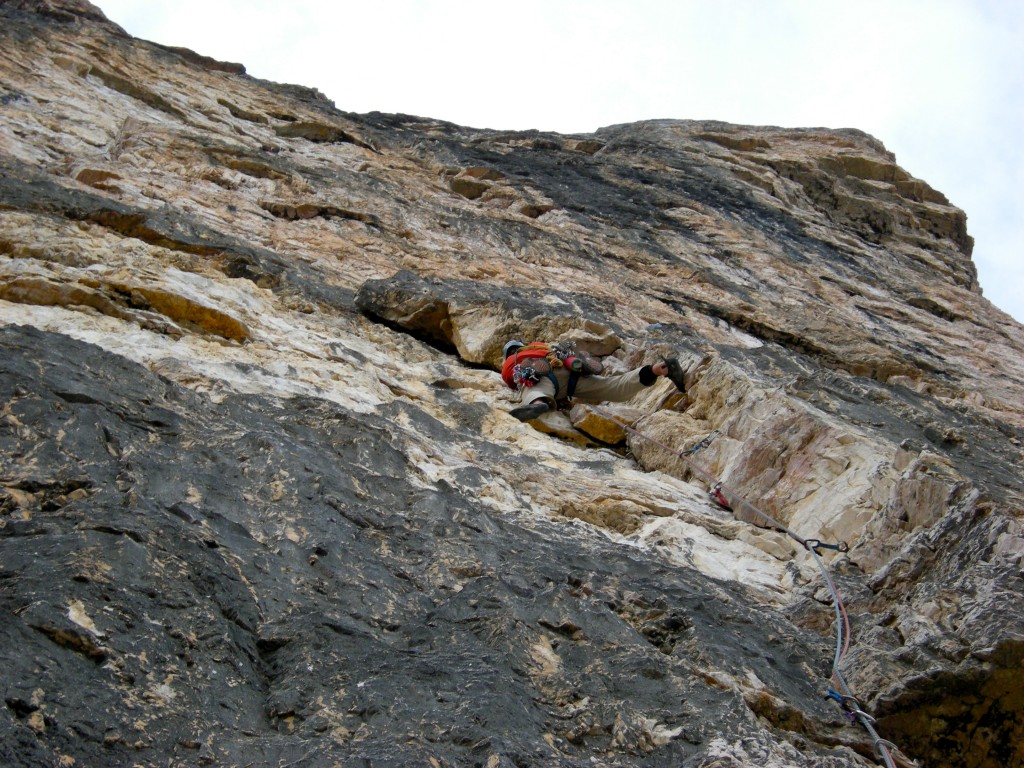 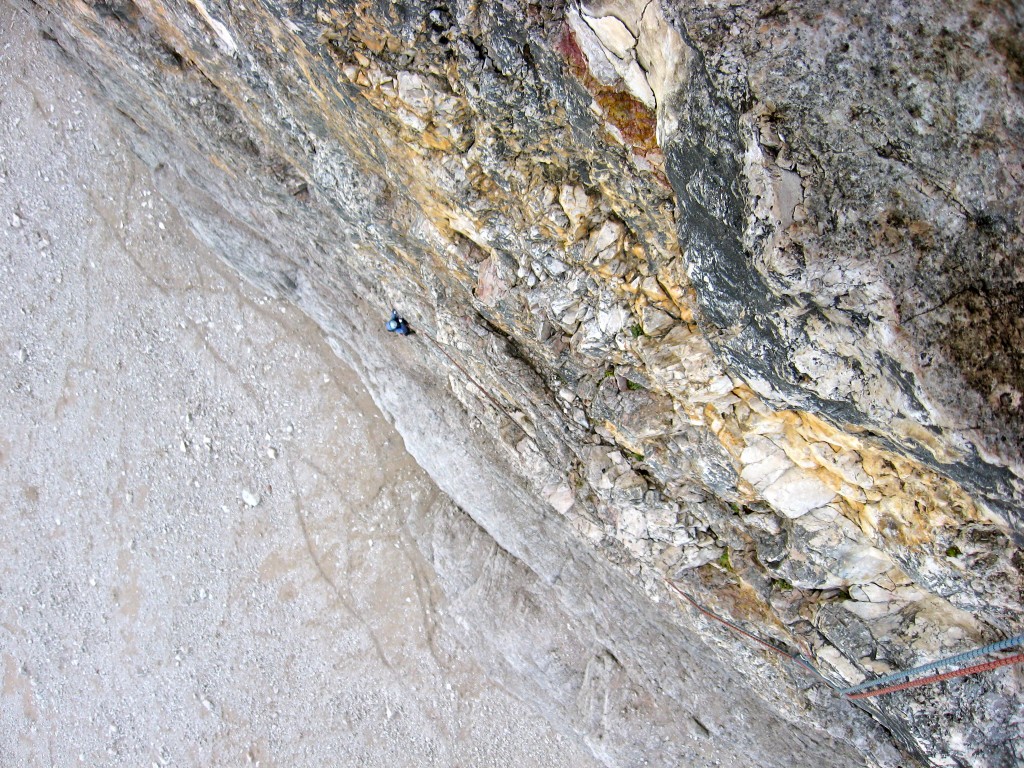 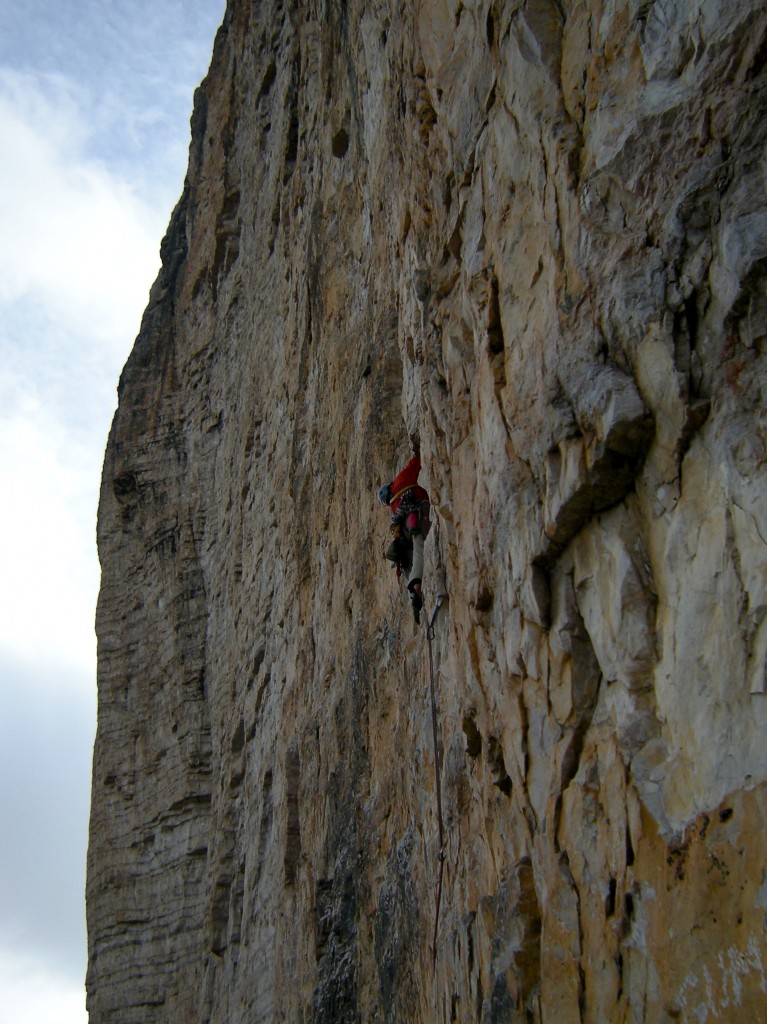 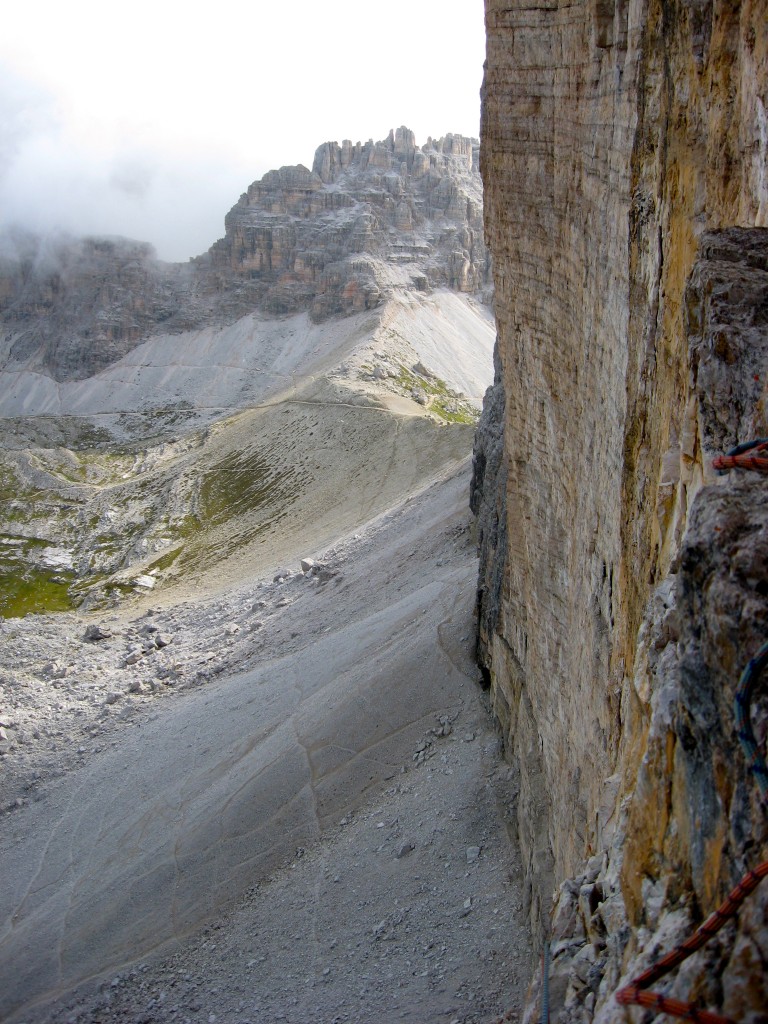 Looking east from the top of pitch 5. Rif. Lavaredo (& the approach) are out of sight and below the saddle. The steep portion of Cima Grande’s face visible here is home to the famous Brandler-Hasse route (5.hard or aid; Sept. 2008). 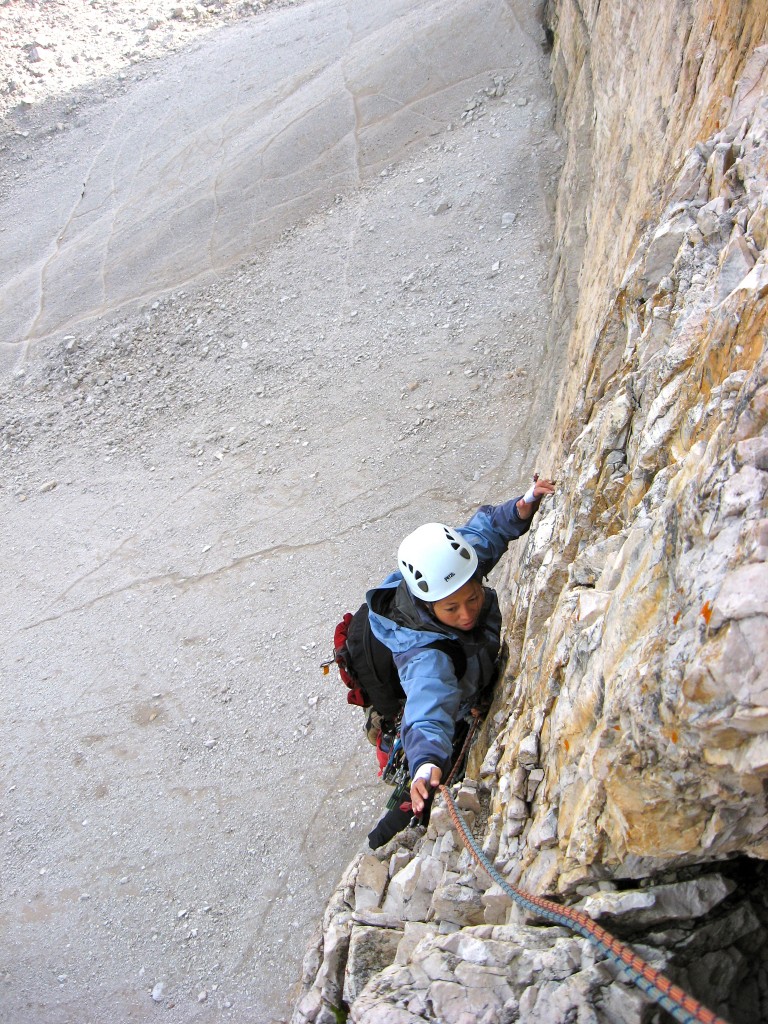 Shirley topping out on pitch 5. 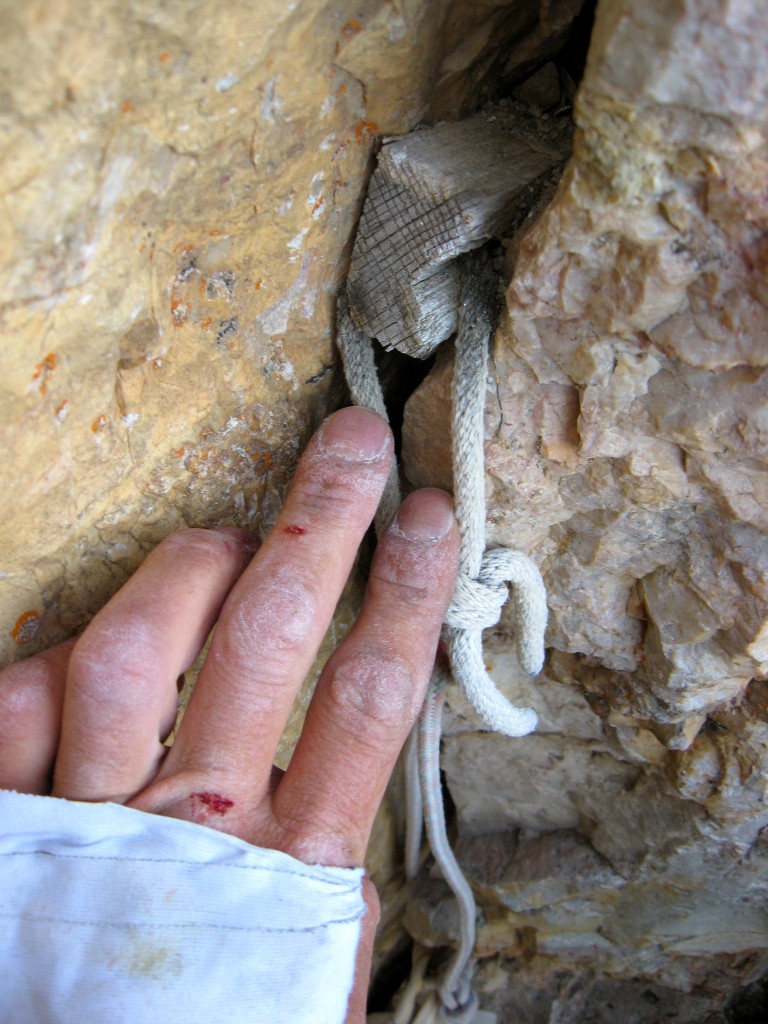 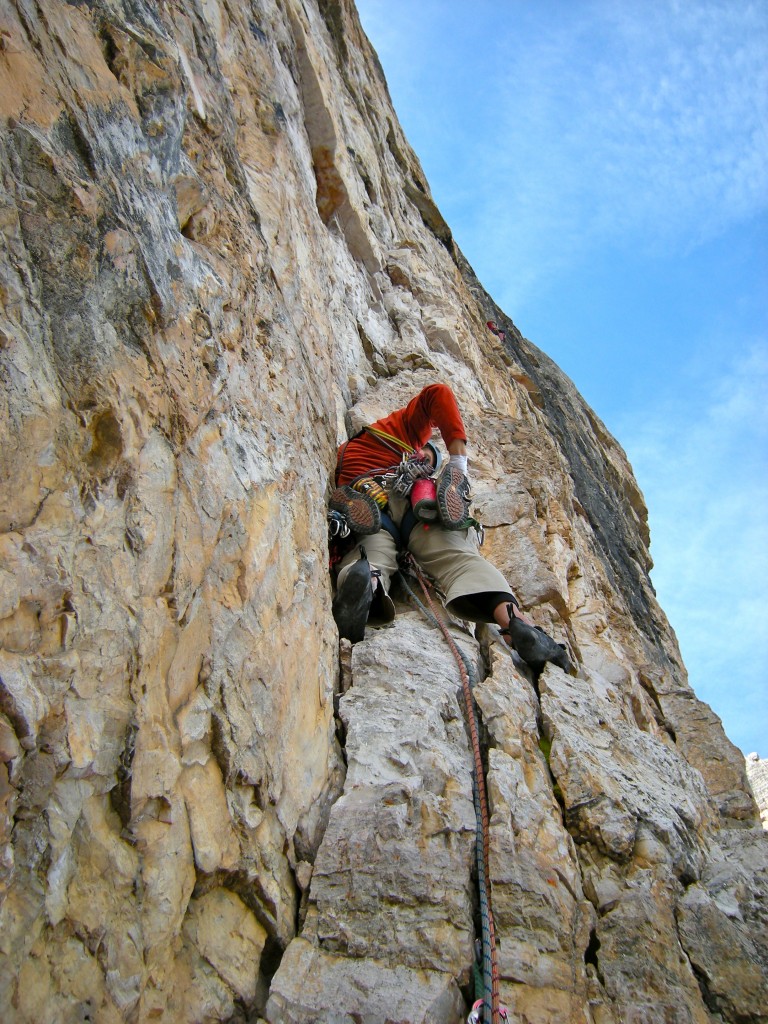 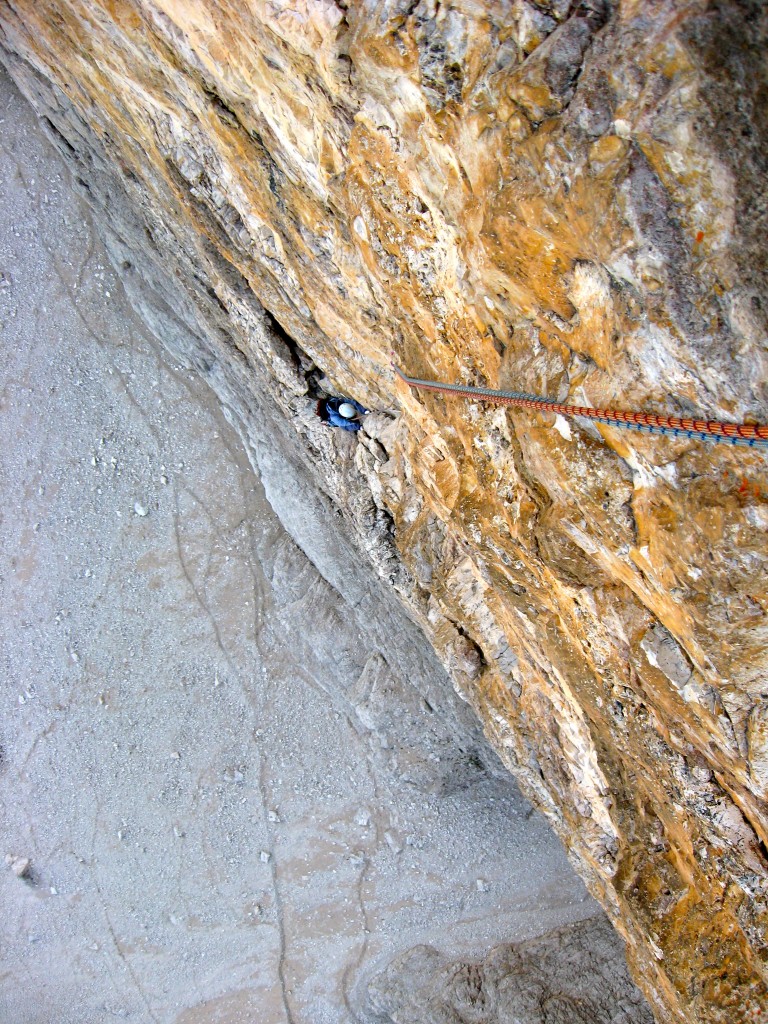 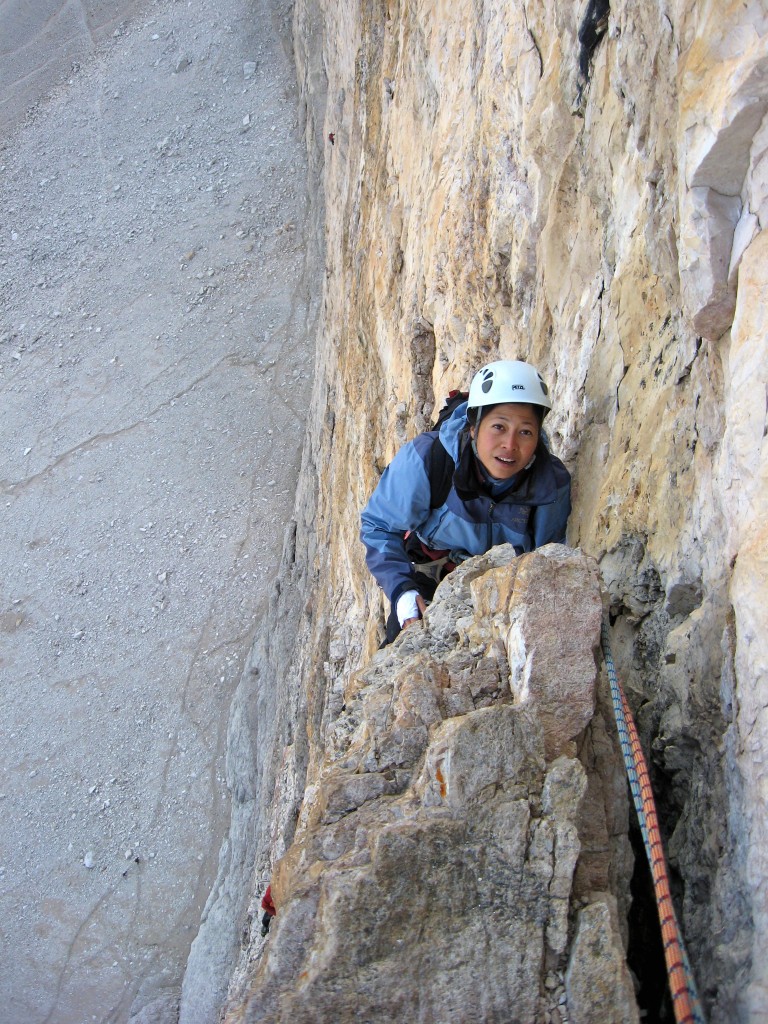 Shirley admiring the continued steepness of the Comici line on north face of Cima Grande. Note the two people on the path at the base below (Sept. 2008). 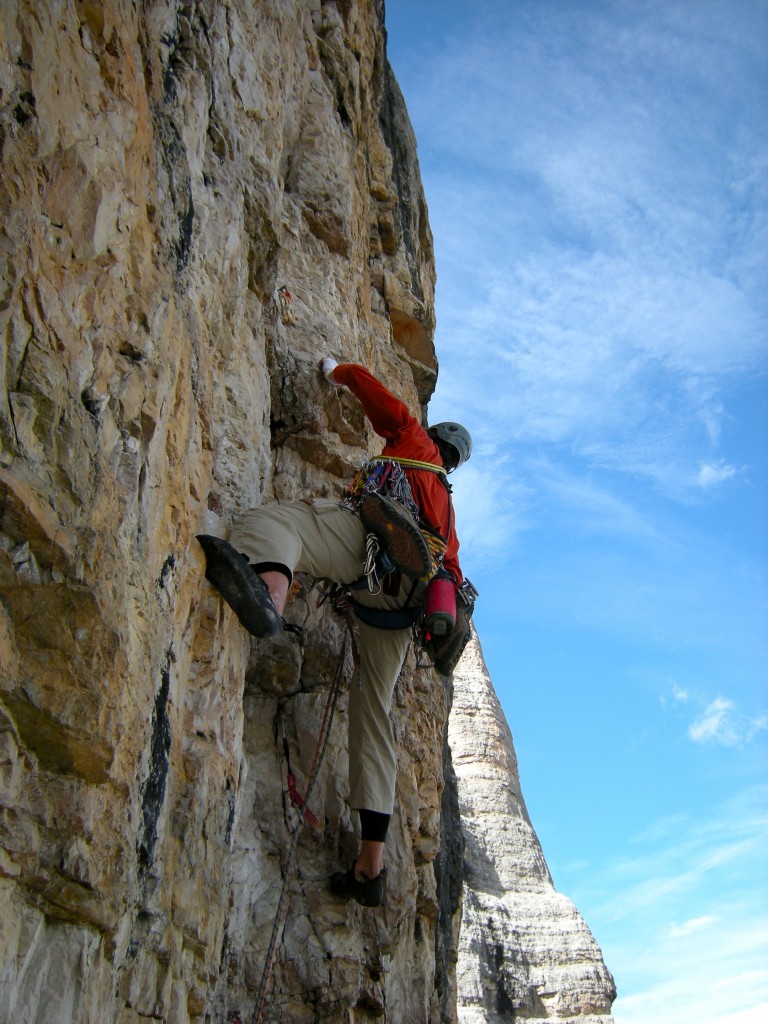 Leading pitch 7 (I think) of the Comici. 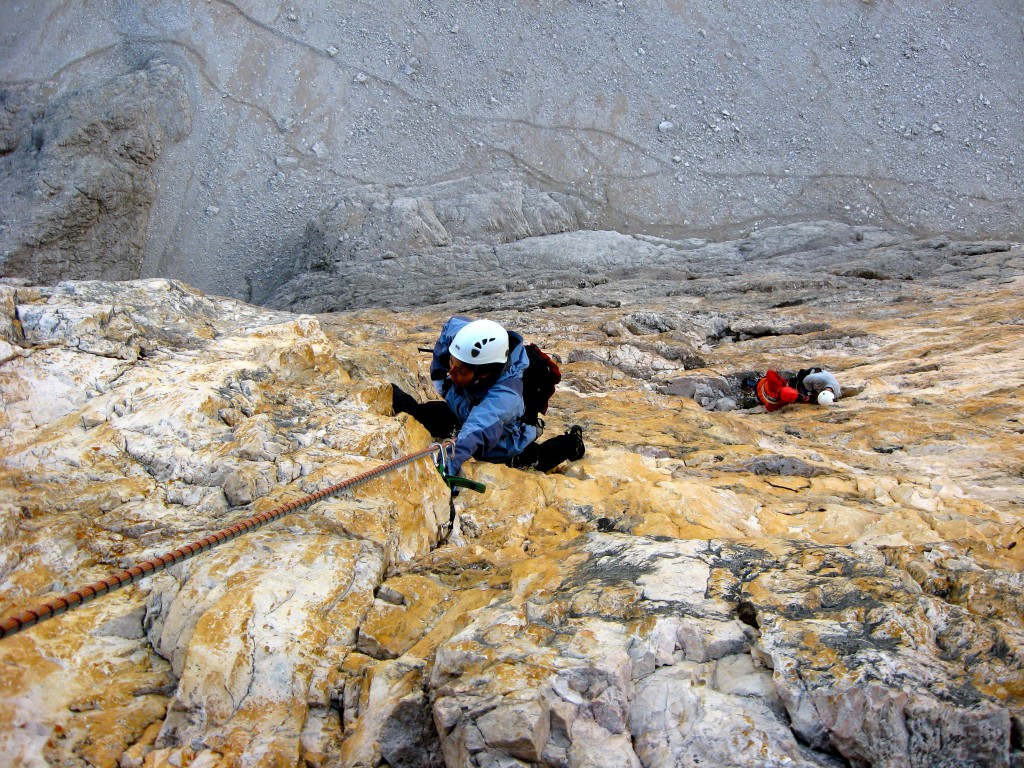 Pitch 7 of Comici line on Cima Grande’s north face. We’re about to be passed by a team of young local climbers who were casually cruising the line (Sept. 2008). 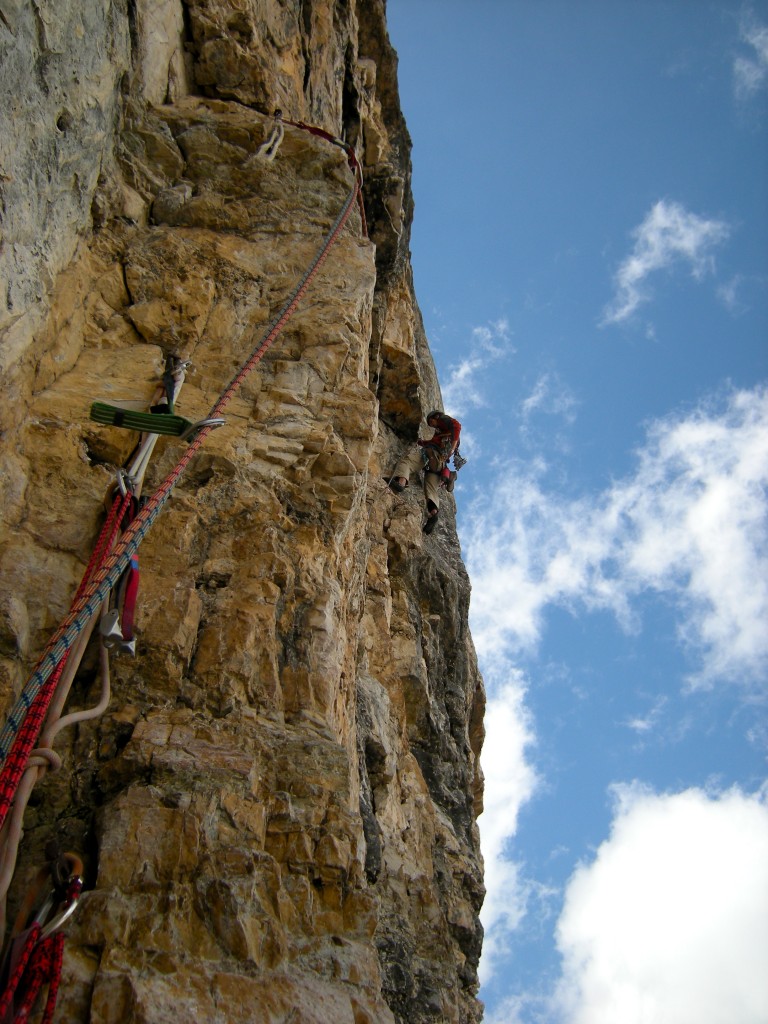 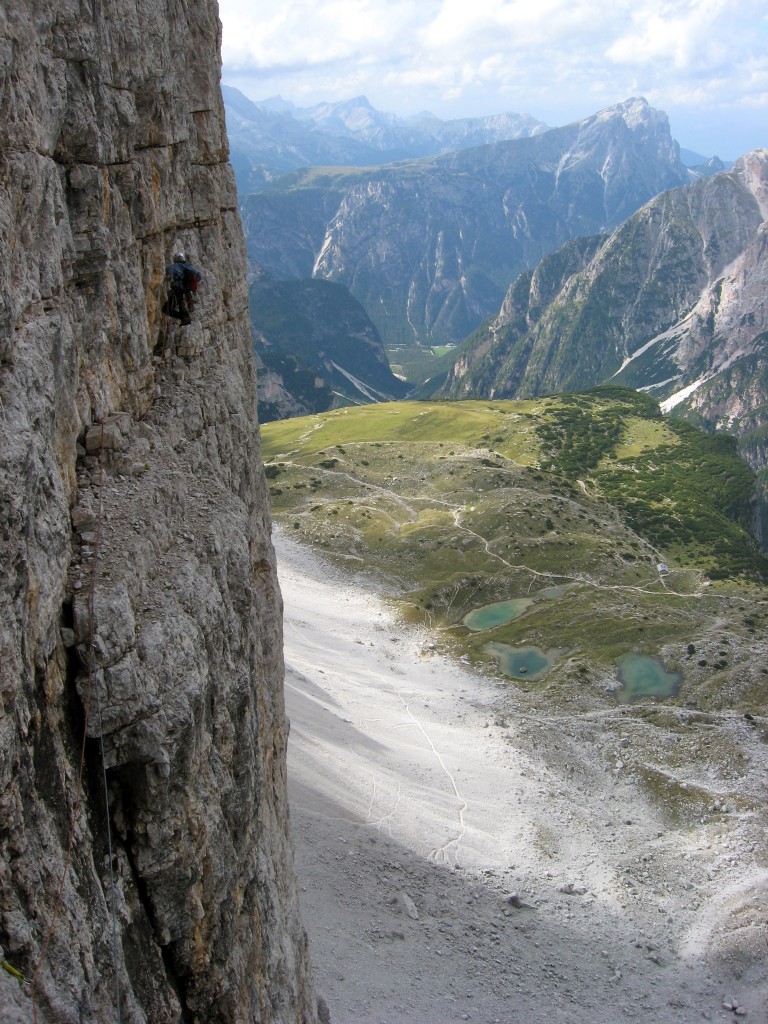 Returning to the standard Comici line following a deviation up a variation at about pitch 10 (Sept. 2008). 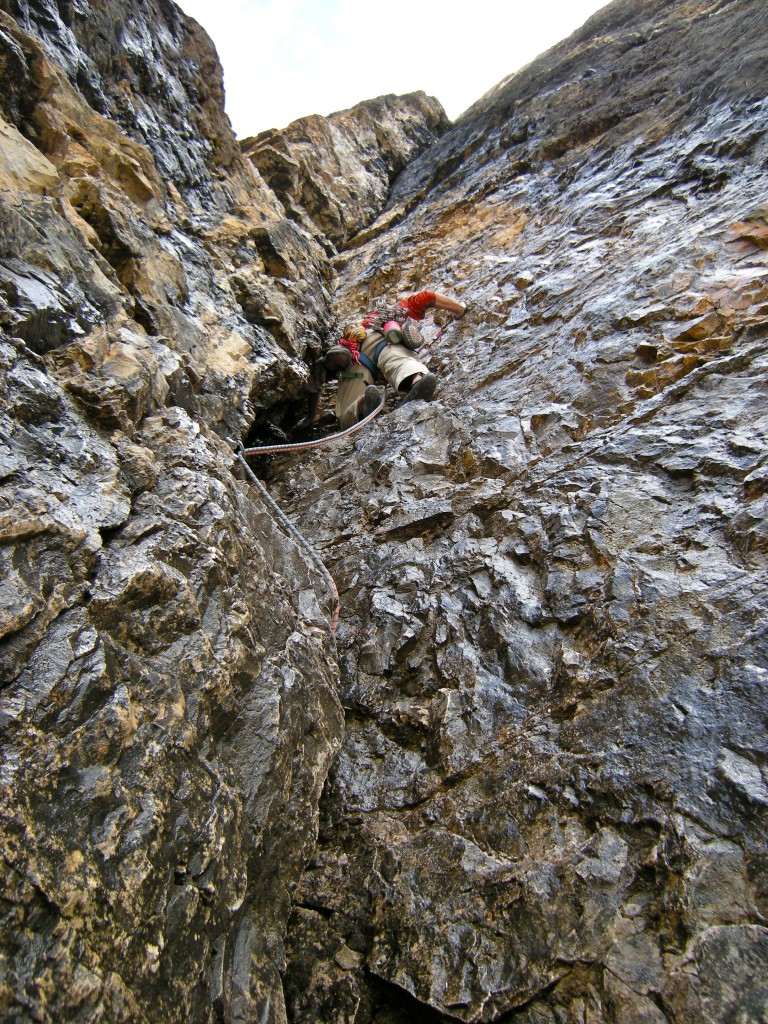 Leading the 13th or 14th pitch of Comici on north face of Cima Grande. Those 2 or 3 pitches were running with water and were less than pleasant to climb (Sept. 2008). 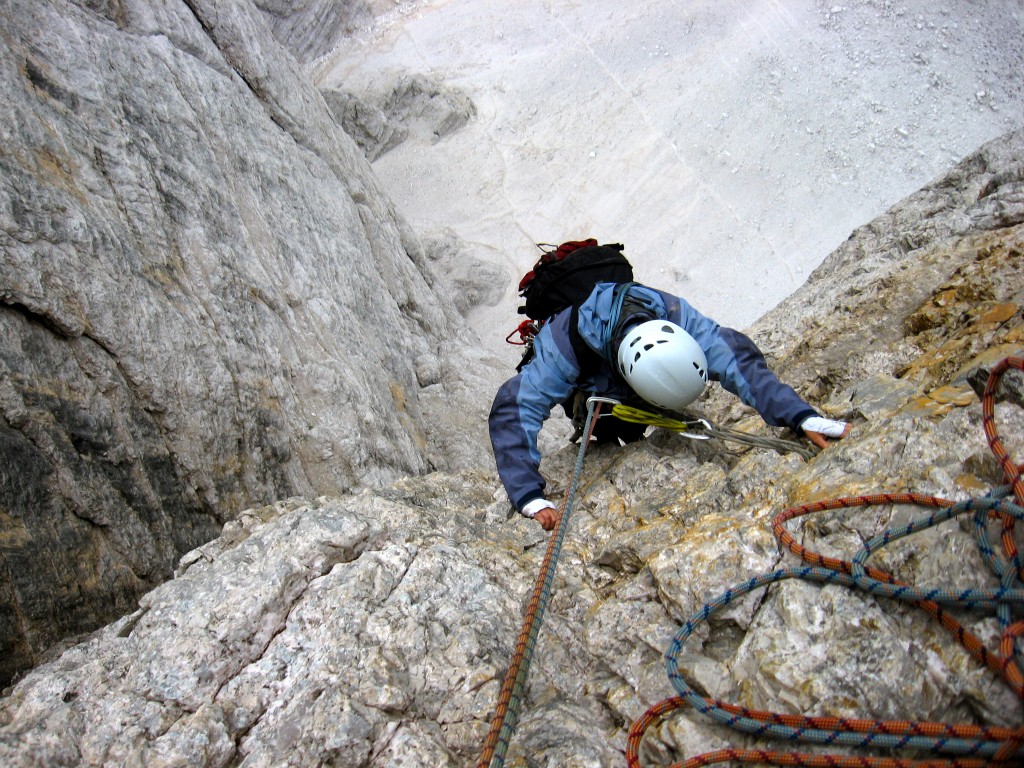 Pitch 15 of Comici line on Cima Grande’s north face. One more pitch to the ringband traverse and the top of the route (Sept. 2008). 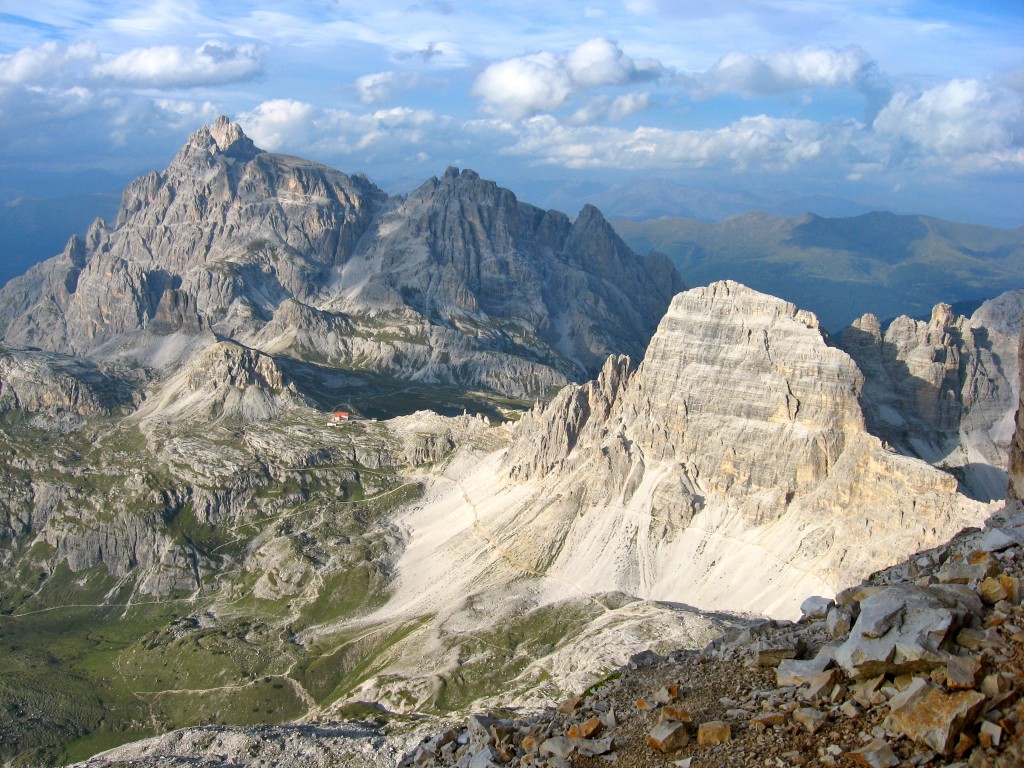 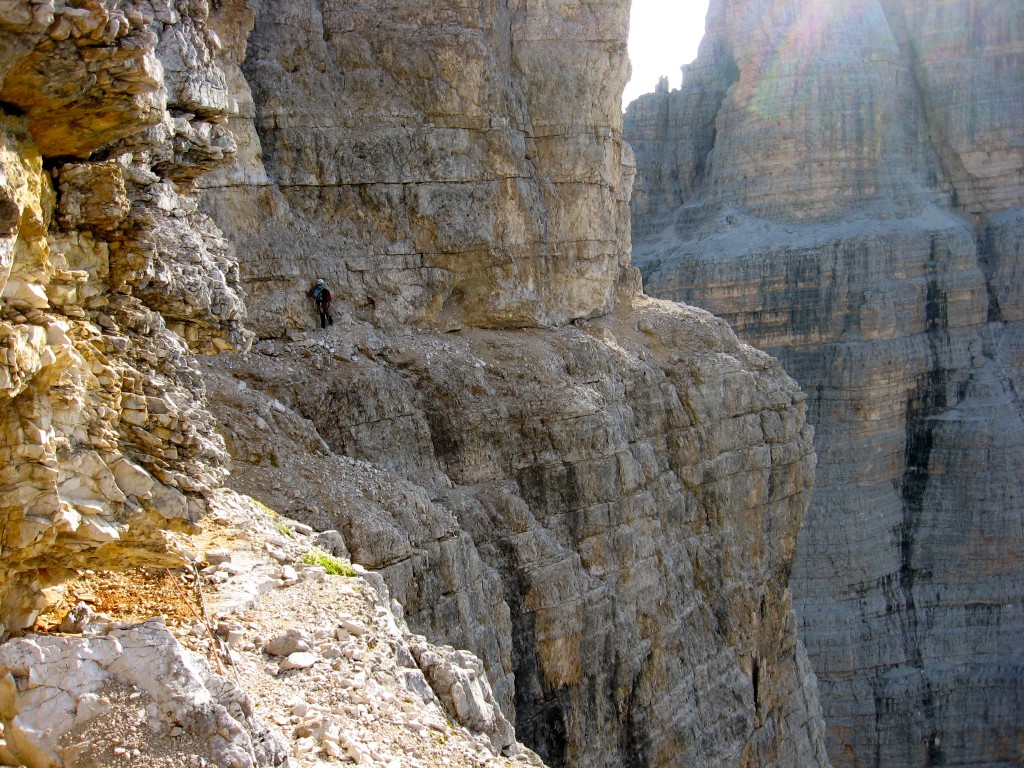 Shirley hiking the ringband terrace (kinda sketchy) to the south side of Cima Grande. Cima Ovest in background (Sept. 2008). 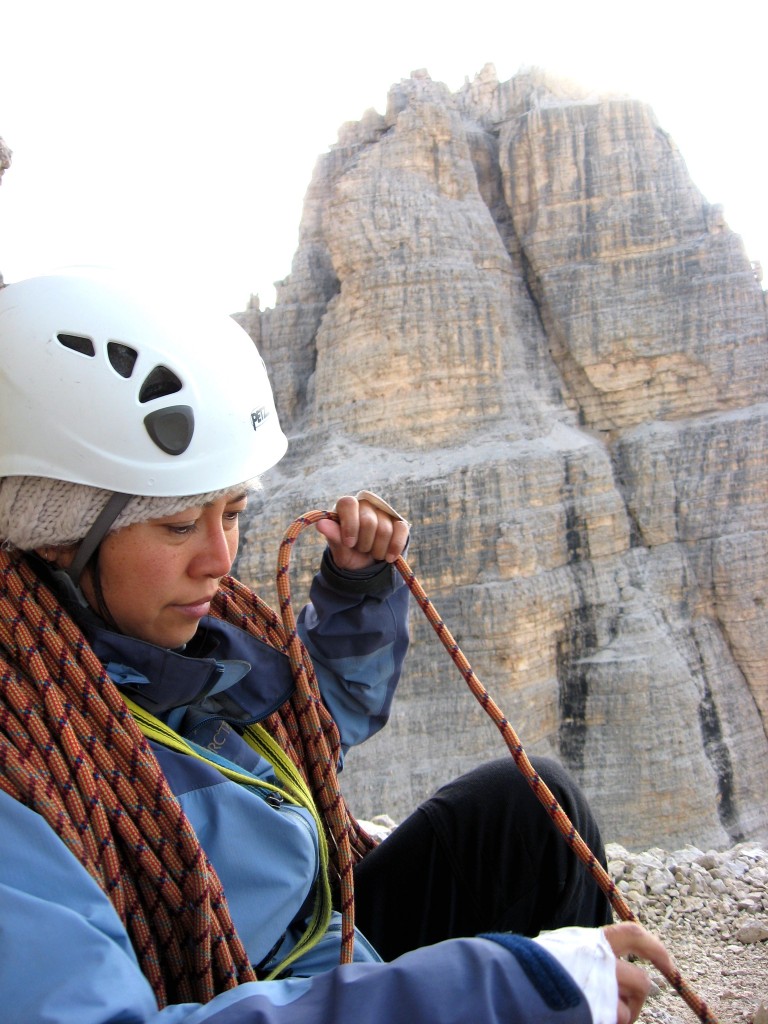 Shirley on the ringband terrace of Cima Grande after our climb of the Comici route on the north face. Cima Ovest in the background (Aug. 2008). 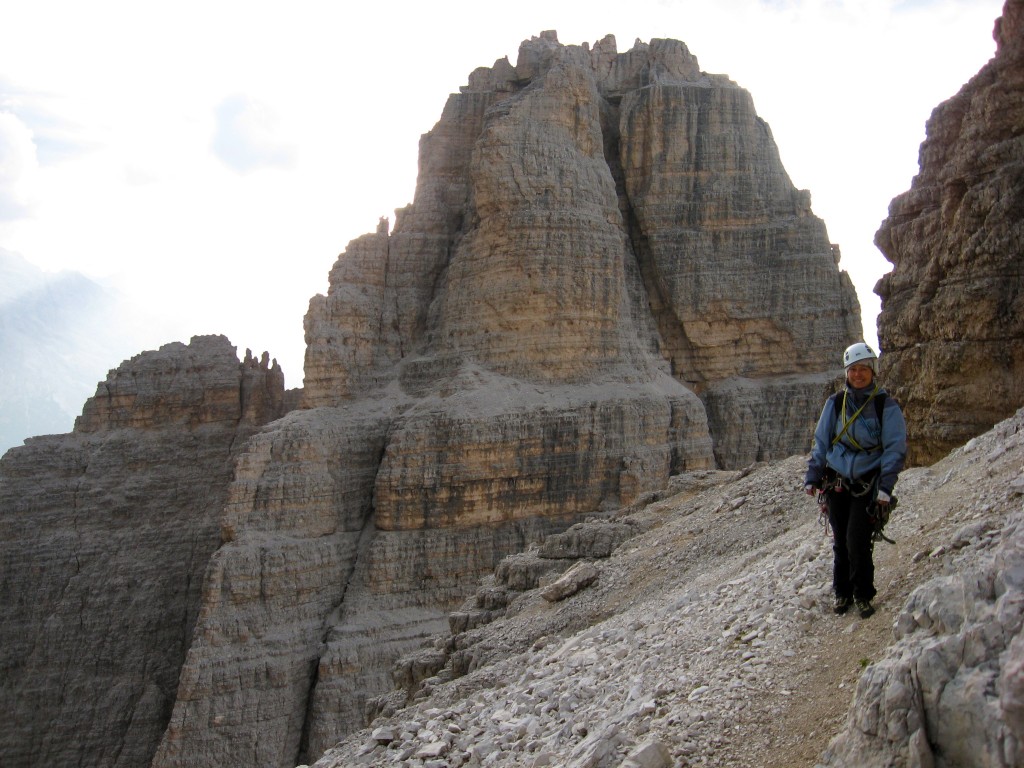 Shirley hiking the ringband terrace to the south side of Cima Grande. Cima Ovest in background (Sept. 2008).

Go to Dolomites – Part 8.
Go back to Euro Sampler – Dolomites.