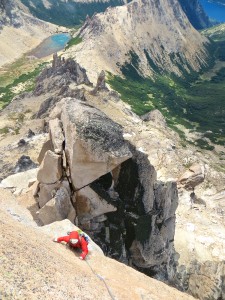 We’ve heard about the great value of bus travel in South America and indeed our Puerto Montt to Bariloche ride lived up to the hype. Comfy, punctual, and fairly cheap. We arrived in Bariloche in the afternoon and rushed over to Club Andino in downtown. Wanted to make sure we could grab a Frey guidebook before they closed. A quick night in a shit hole motel but with the attribute of having the bus stop for the trailhead ride right outside its door. As we were getting off the bus, we were still undecided as to how we were going to do the approach: a mindless trail with all the elevation gain or a ski lift ride followed by a flat-ish boulder hop. Despite the steep lift ticket price, we opted for the latter. The ridge top hike turned out to be quite spectacular and well marked. I must’ve been a bit too absorbed in the scenery – one second I’m taking in the views, the next my ~80lb pack is driving me face first into a boulder. Three hours or so after getting off the ski lift we arrived at Refugio Frey. 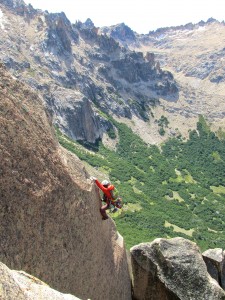 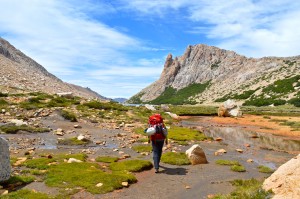 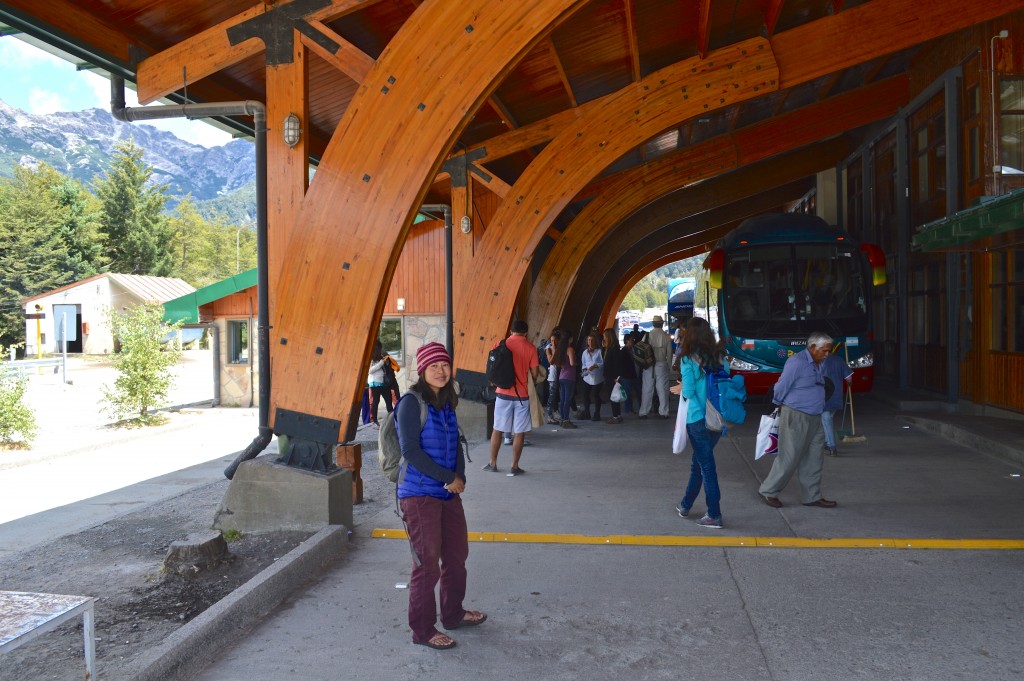 Port of entry on the Argentina side. Going was much slower on the return with the Chilean customs thoroughly searching the bags looking for the amazing Argentinian salamis (Feb. 2015). 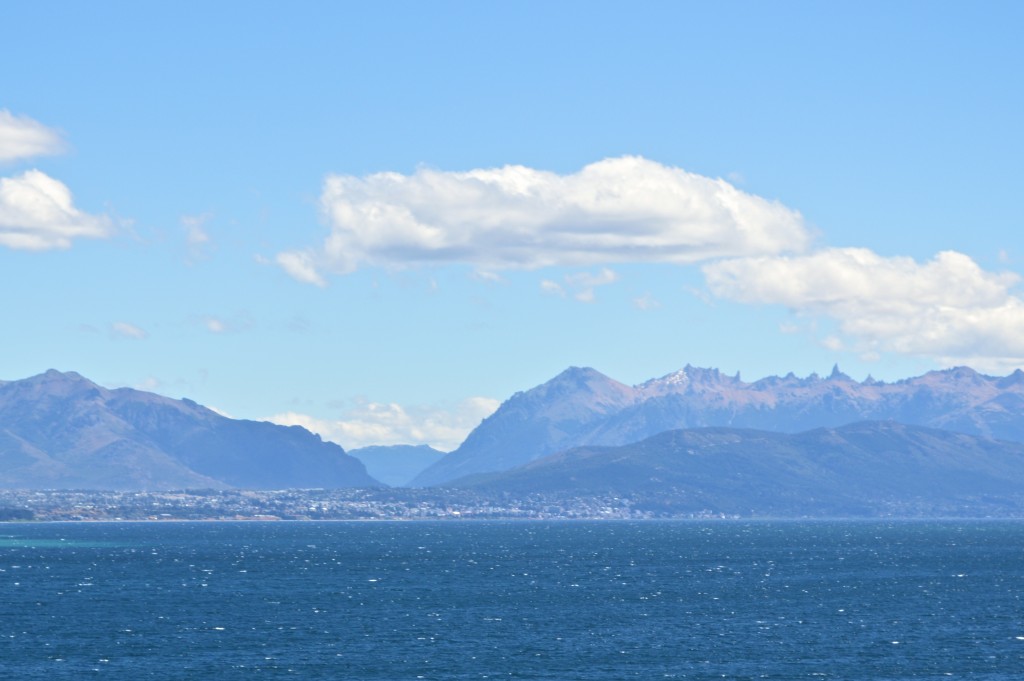 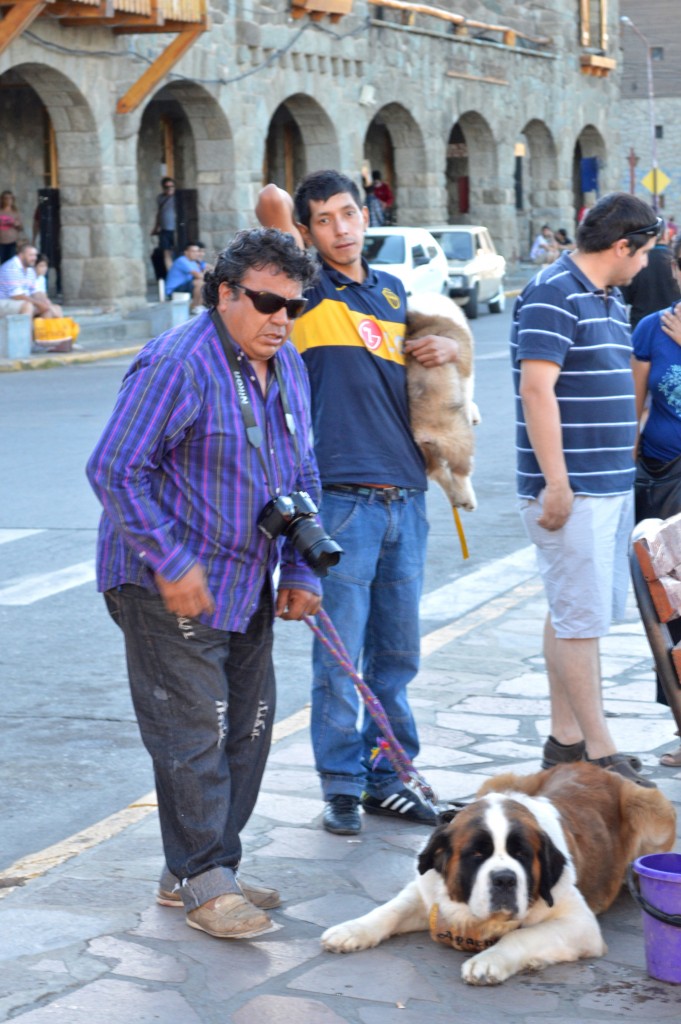 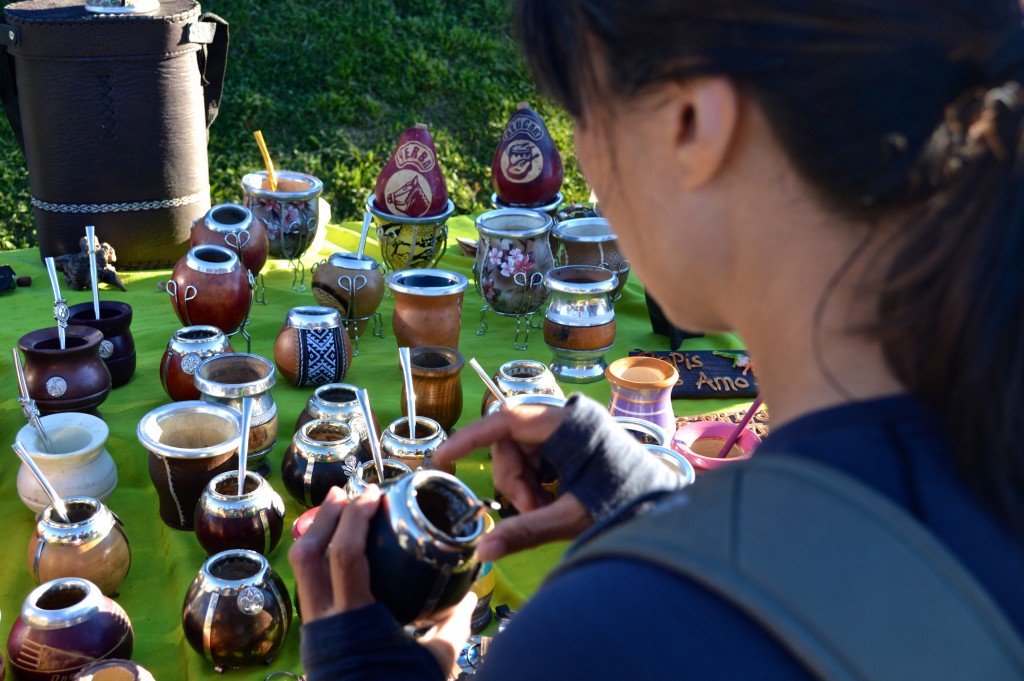 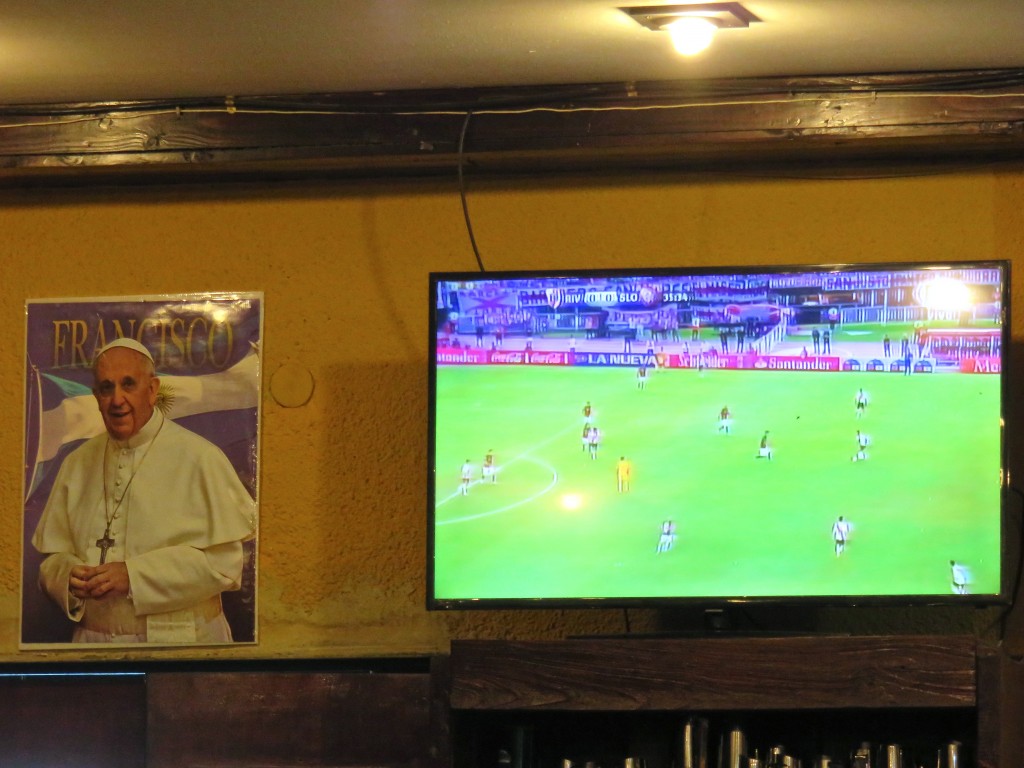 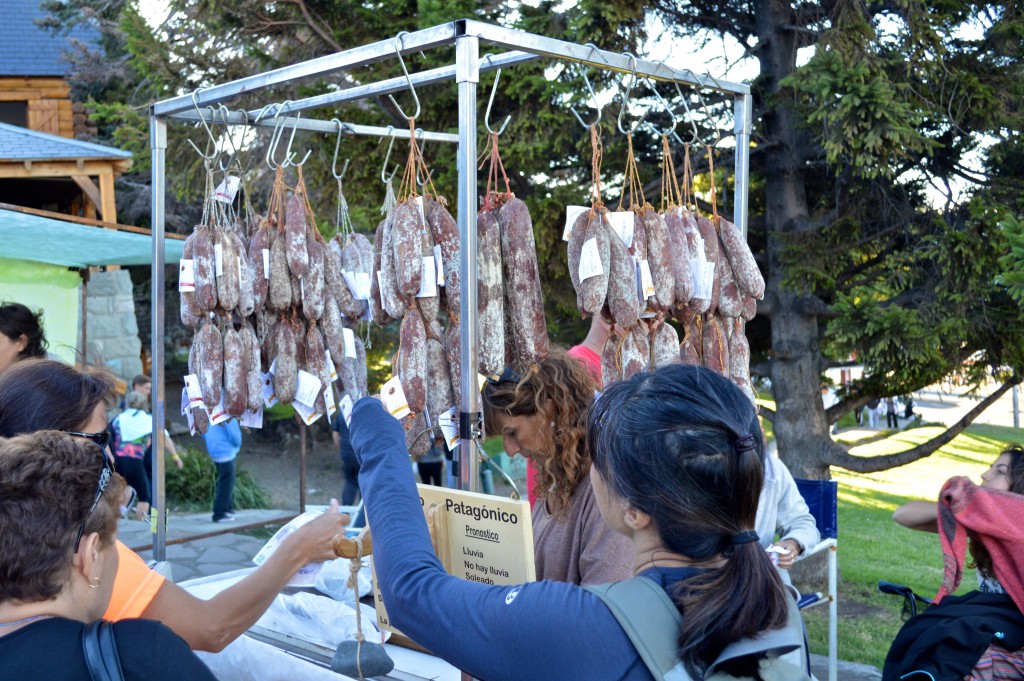 The Argentinian salamis really made our pasta meals in Frey into something special (Feb. 2015). 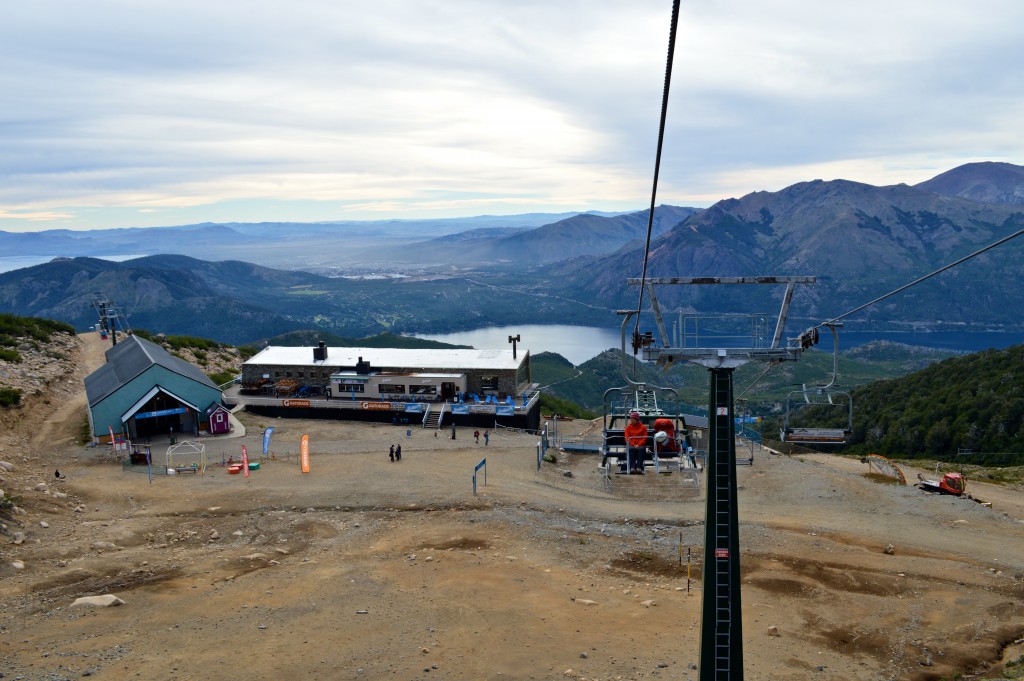 Cheating our way up to Refugio Frey…not really. You do a 3 hour lateral boulder hopping instead of a 3 hour trail (uphill) hike (Feb. 2015). 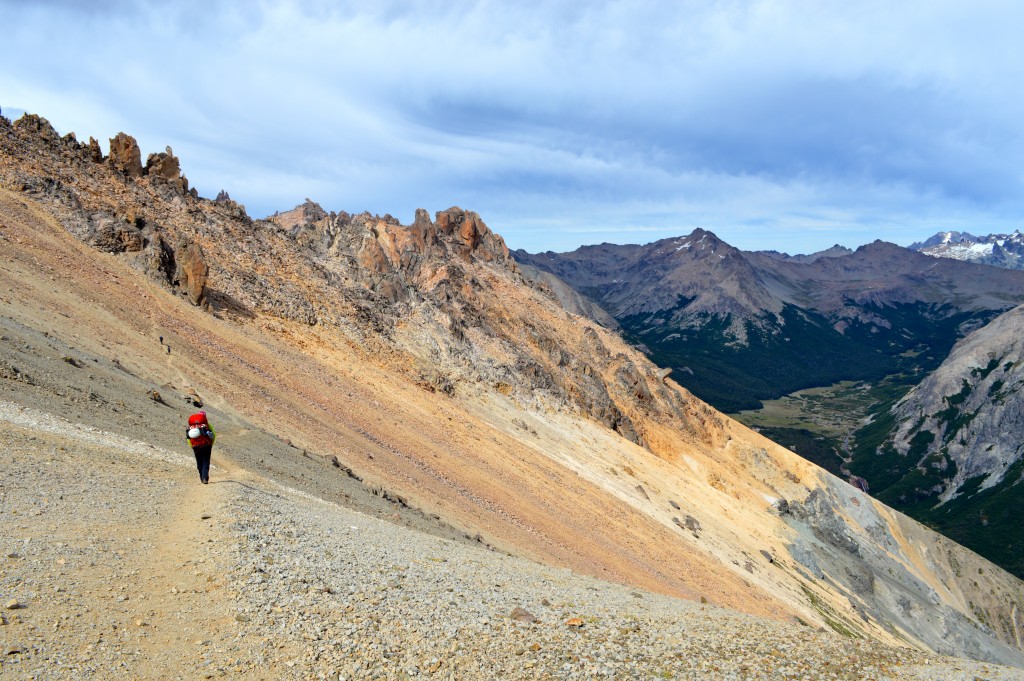 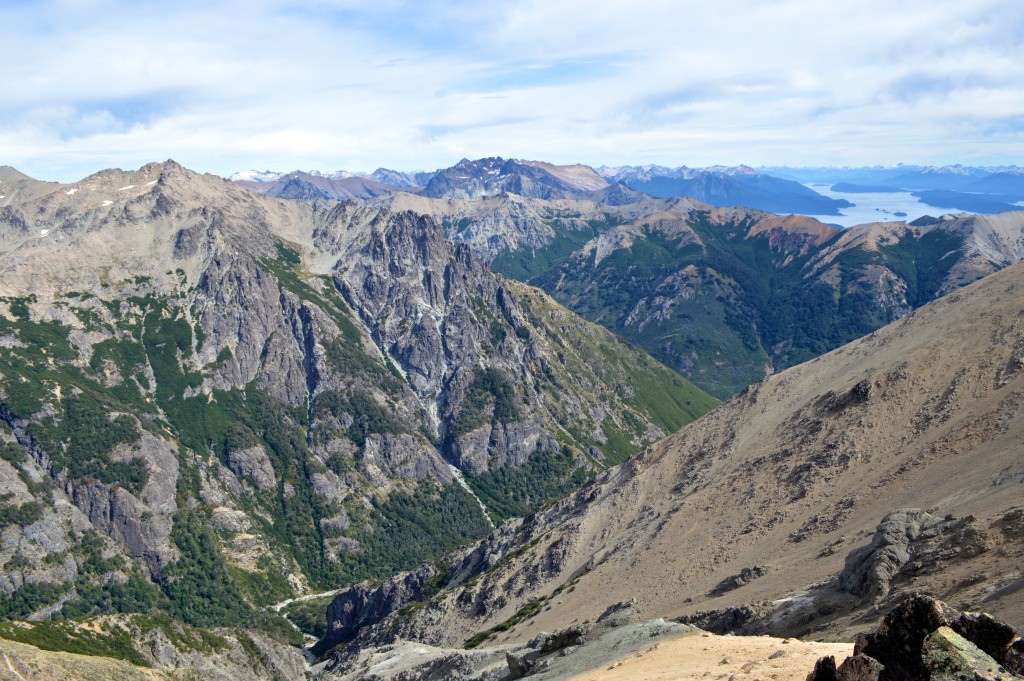 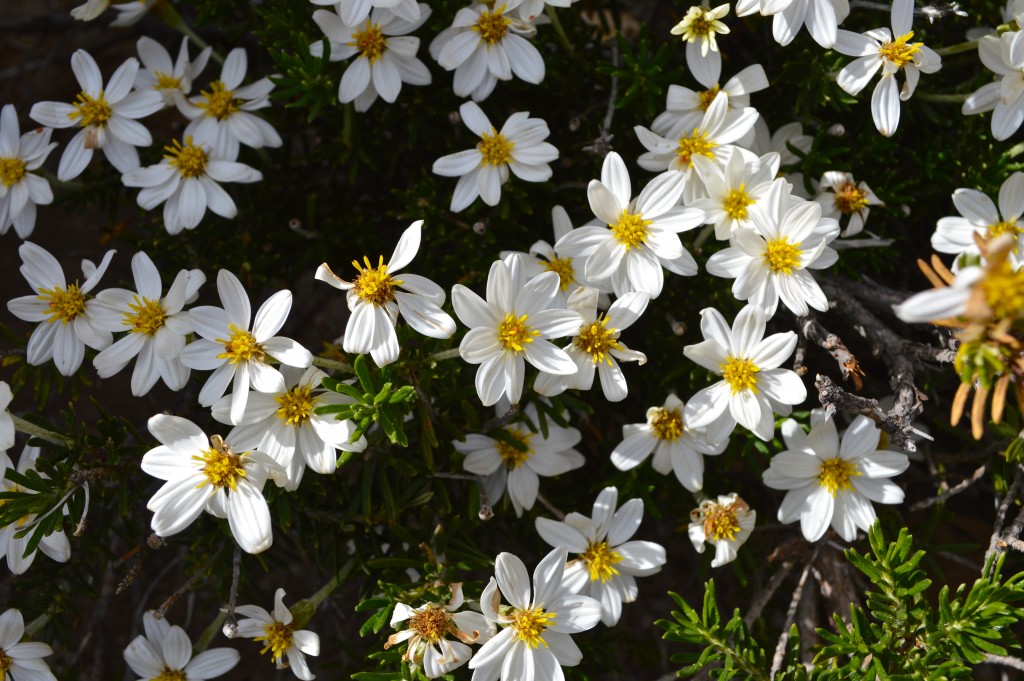 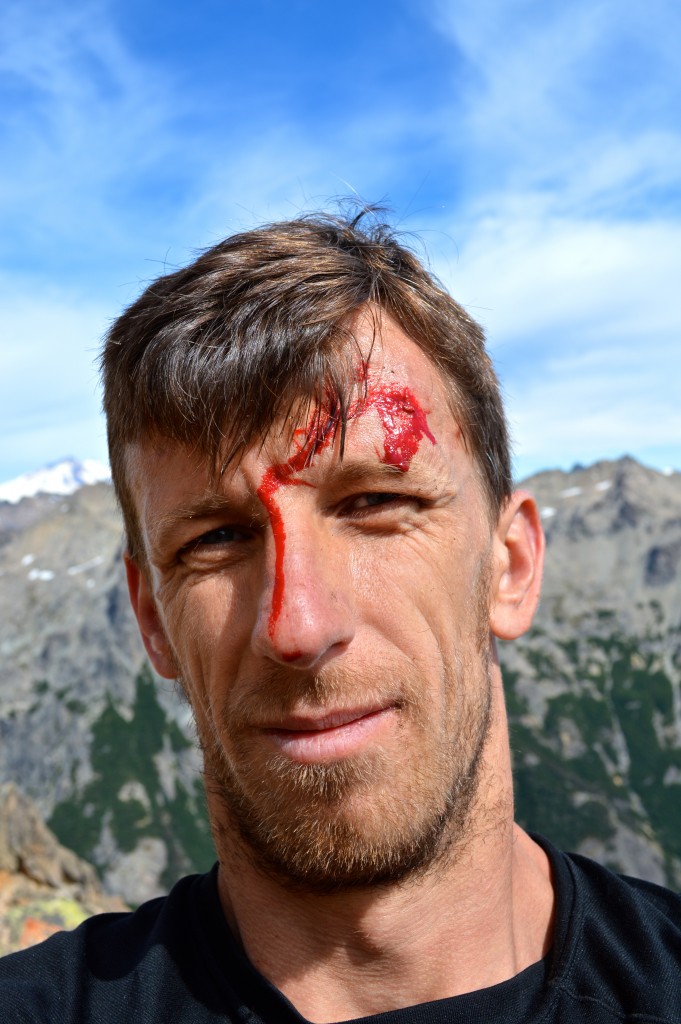 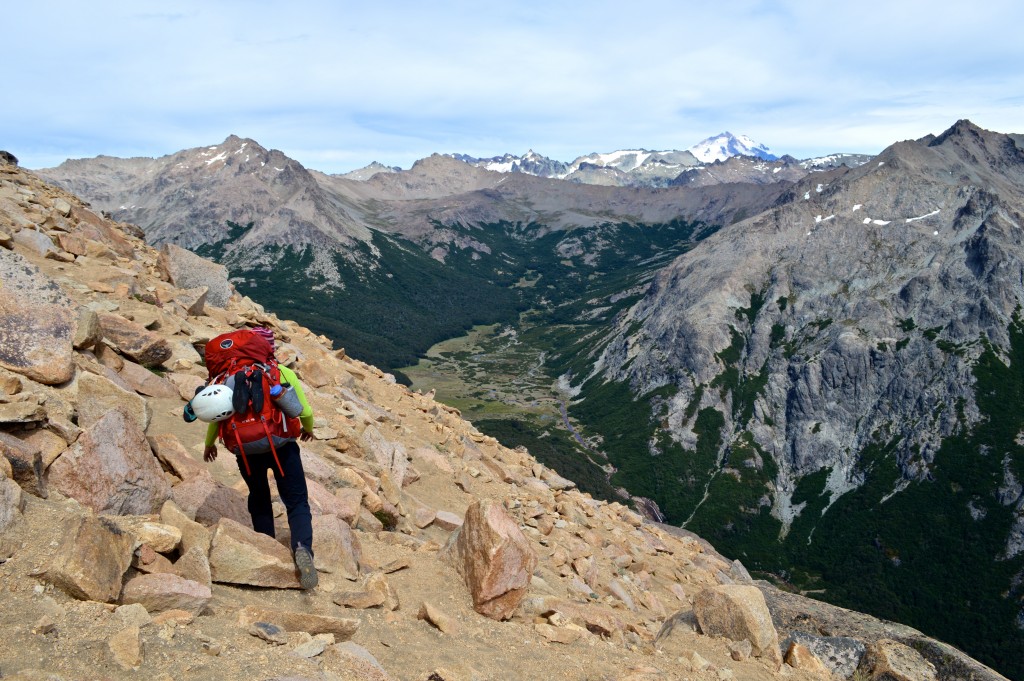 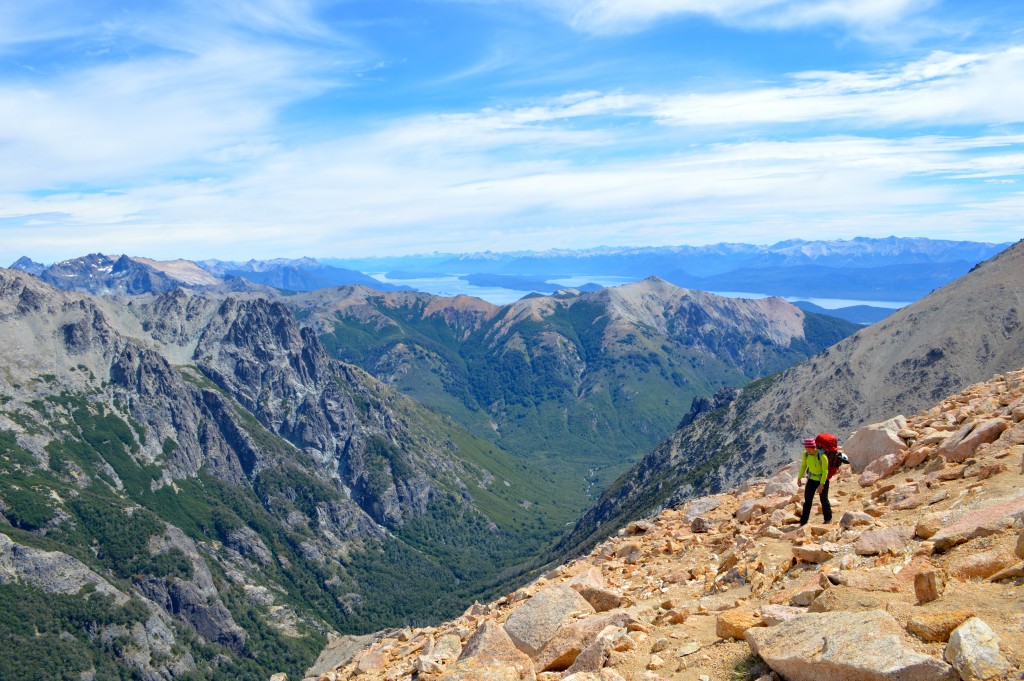 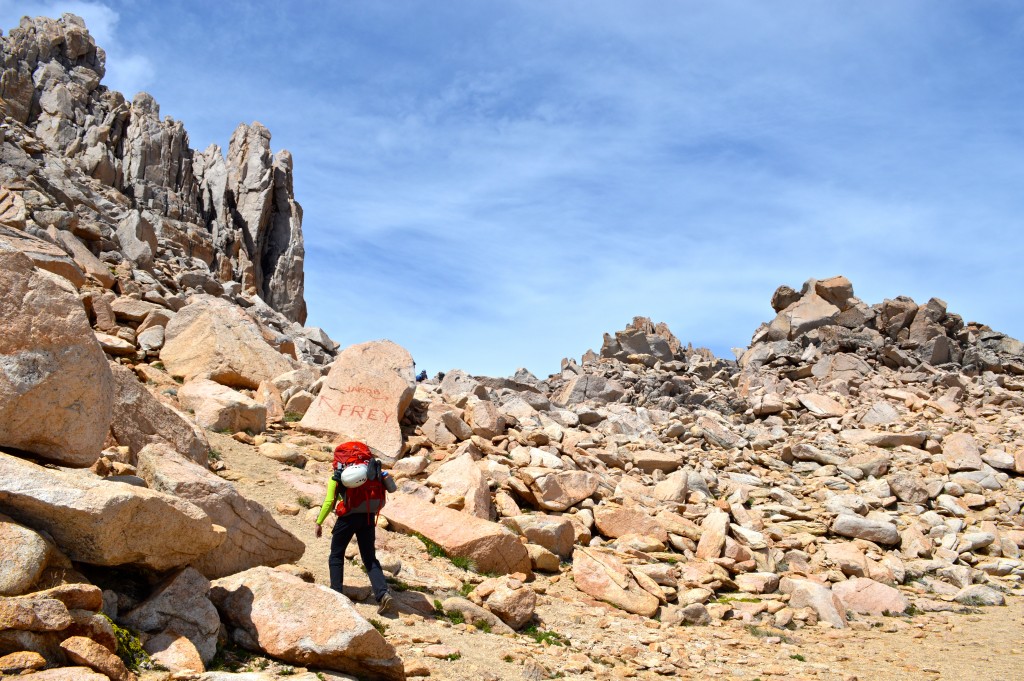 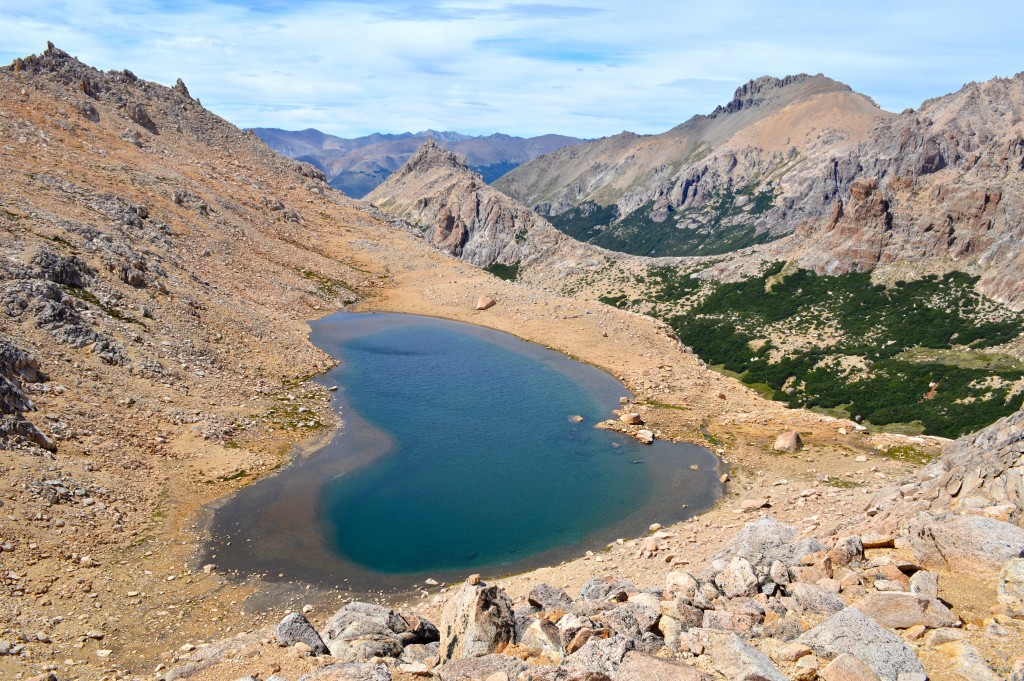 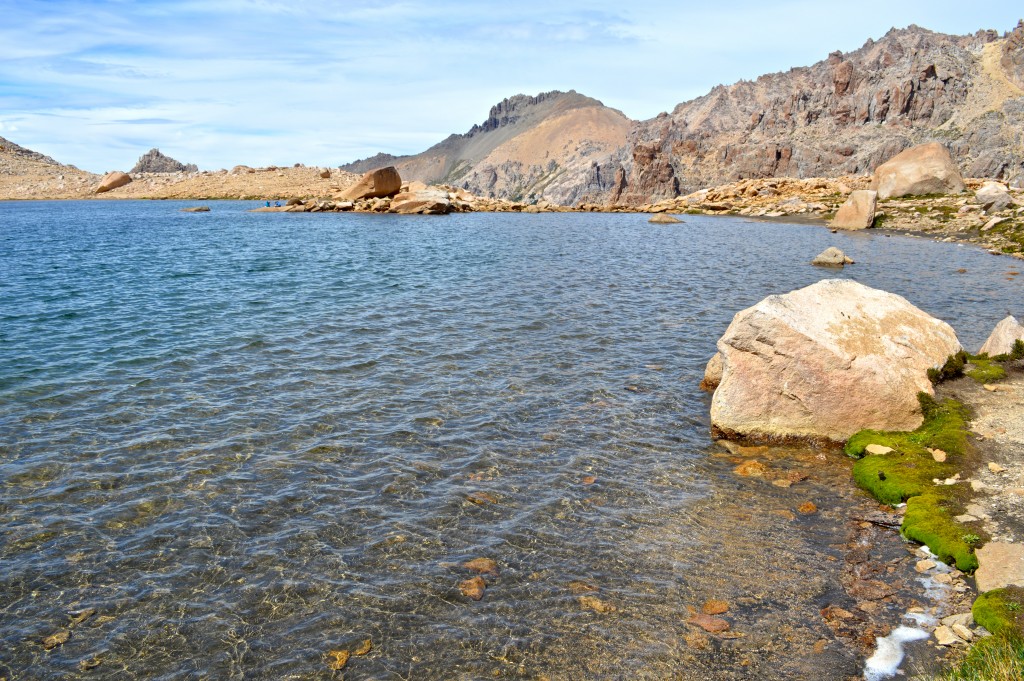 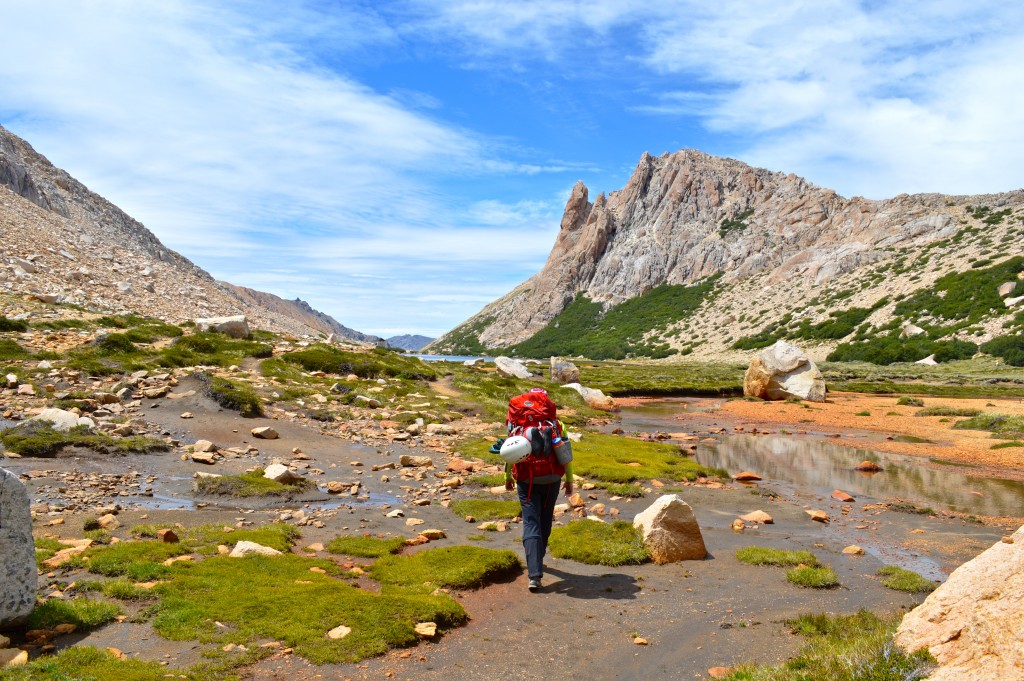 The final stretch to the Refugio…not a bad view, eh? 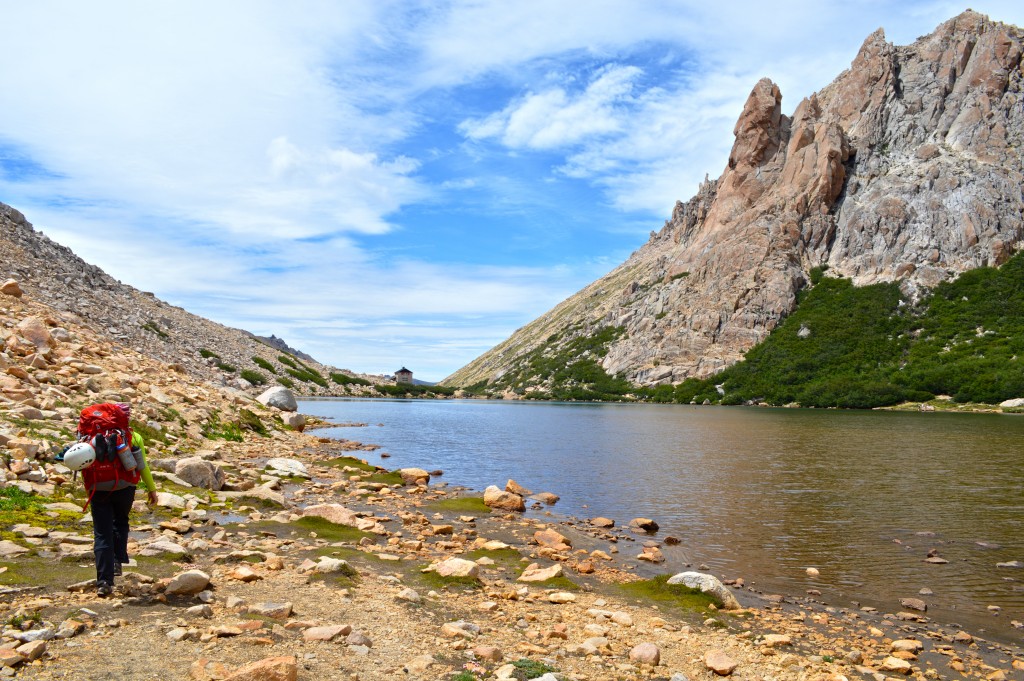 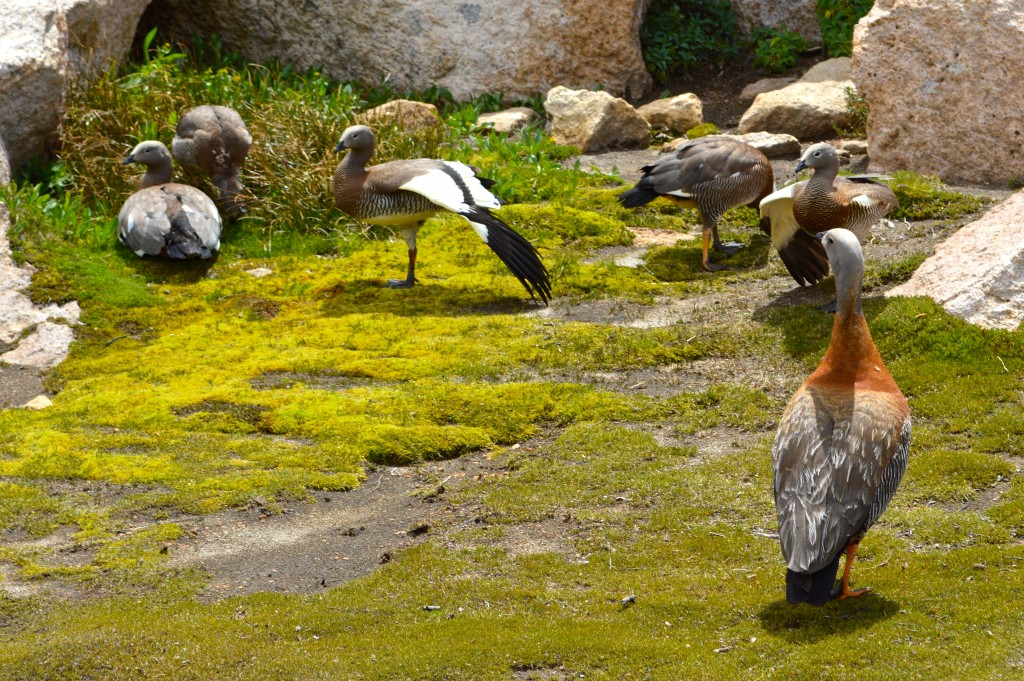