Go to Malaysia.
Go back to Waking Dream Bail. 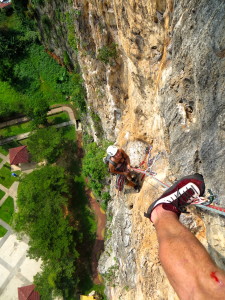 Next day Tam took us back to Genting and we said “good-bye.” A day and half later (severe ferry delays) we were in Kuala Lumpur where we found a cheap hotel just outside the famous Malaysian crag called Batu Caves. There are many established routes (up to 5 pitches in length) on the featured and colorful limestone faces here. In between rain and thunderstorms, we managed to climb the very nice 3-pitch Monsoon route (6b) on Damai Wall – an orange limestone face rising out of a small city park surrounded by the suburbs of Kuala Lumpur. Perhaps not the most idyllic setting but certainly unique. That night we met up with Bee Lee and Ian for some excellent local fare at an open air food cart market. We liked it so much that we went back ourselves the following night. 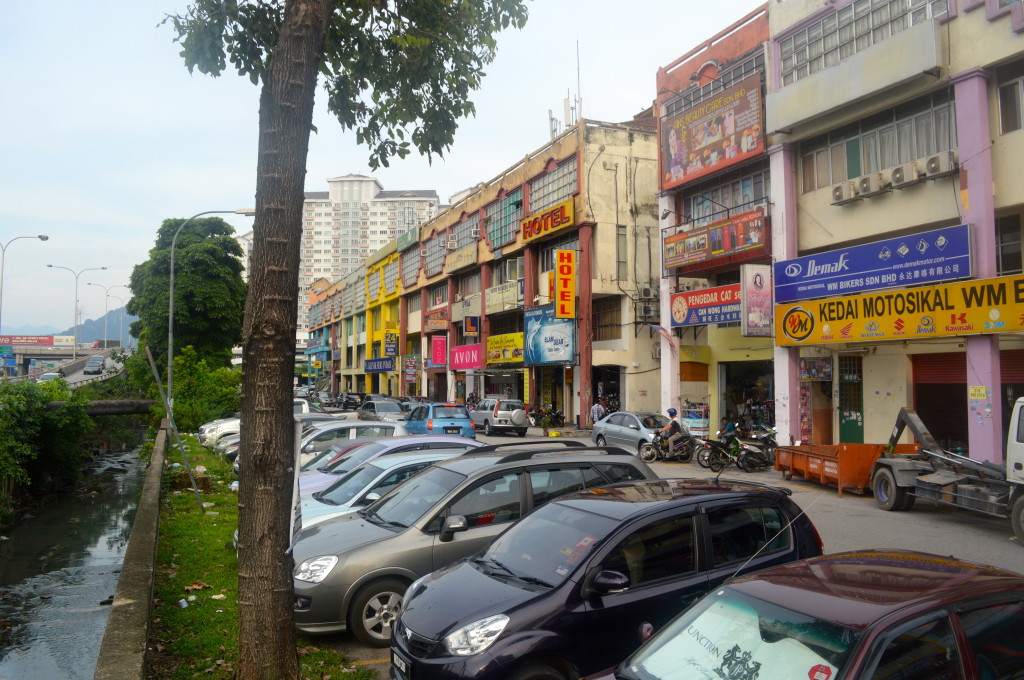 The neighborhood near to Batu Caves where we stayed. Busy suburbs of Kuala Lumpur (June 2014). 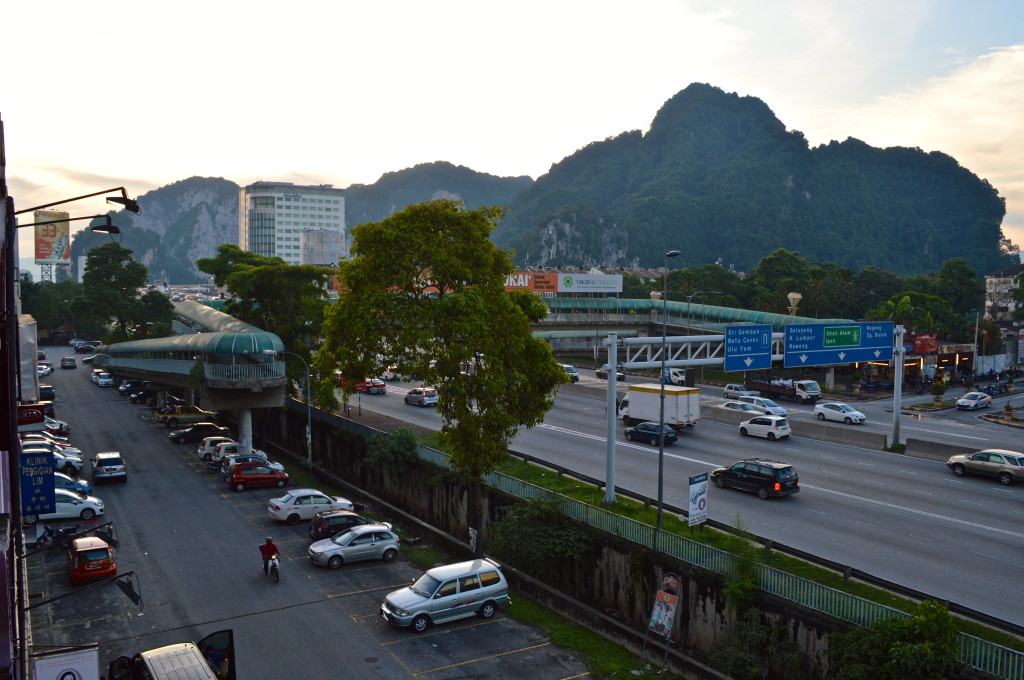 Batu Caves crag in the suburbs of Kuala Lumpur (June 2014). 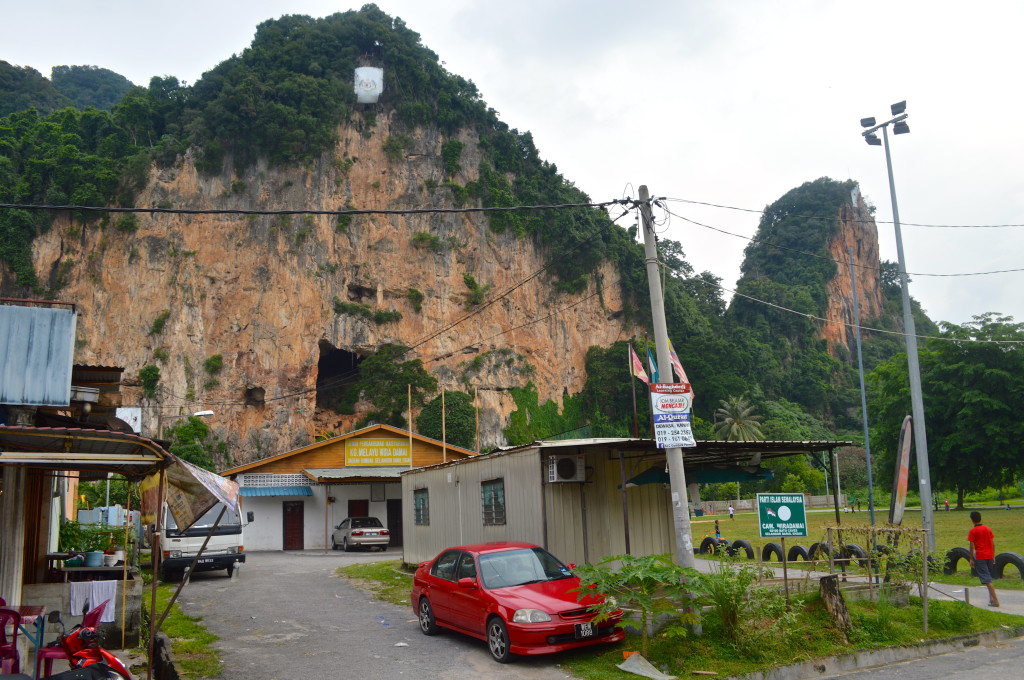 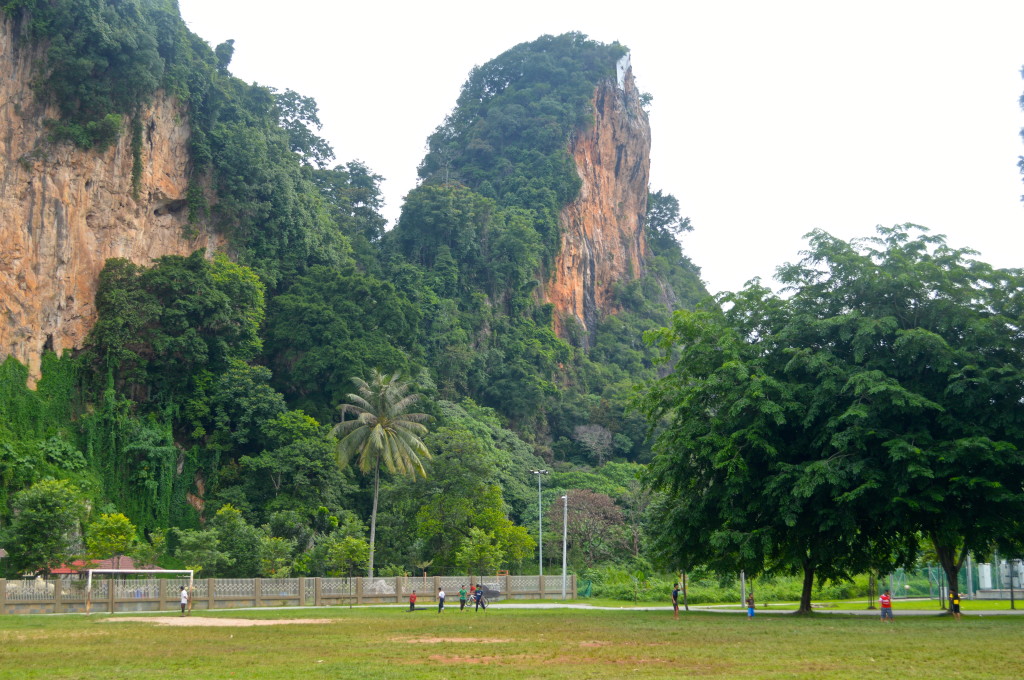 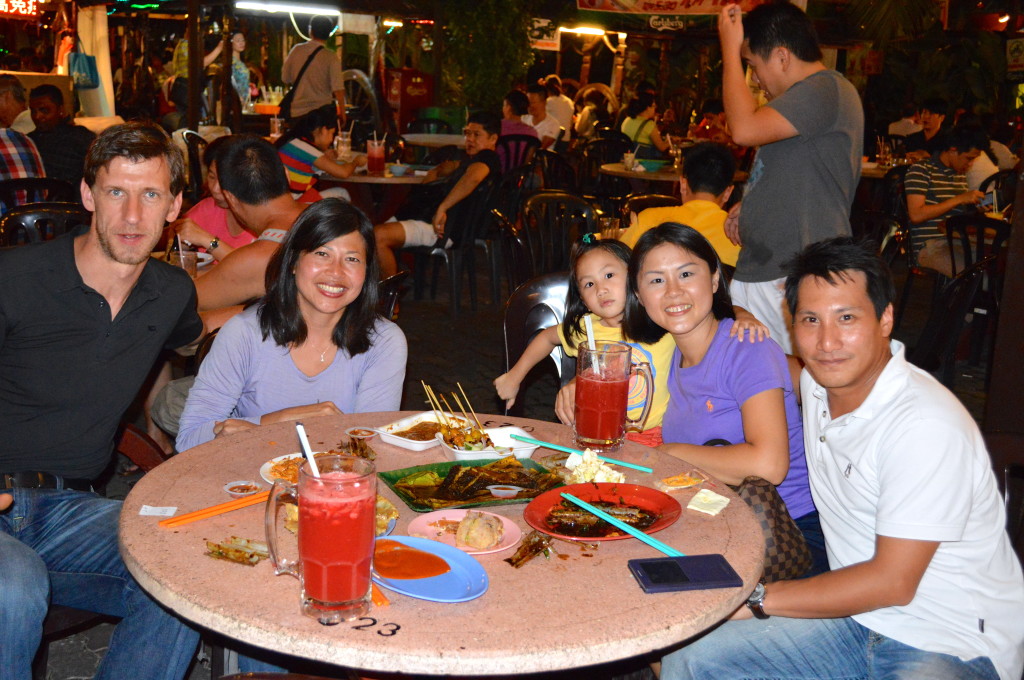 Great dinner with Ian and Bee Lee (and their daughter) at Taman Mega food court. Thanks guys! I was caught mid-sentence asking the guy to raise the flash and hence the extra demented look (June 2014). 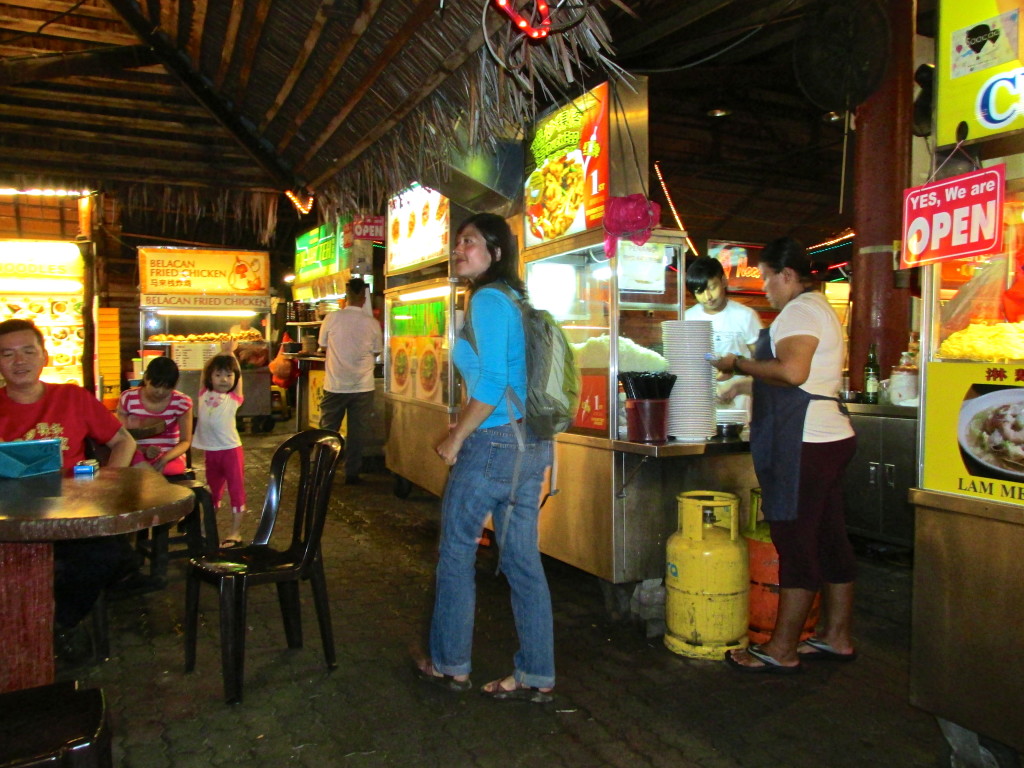 The food court at Taman Mega in Kuala Lumpur (June 2014). 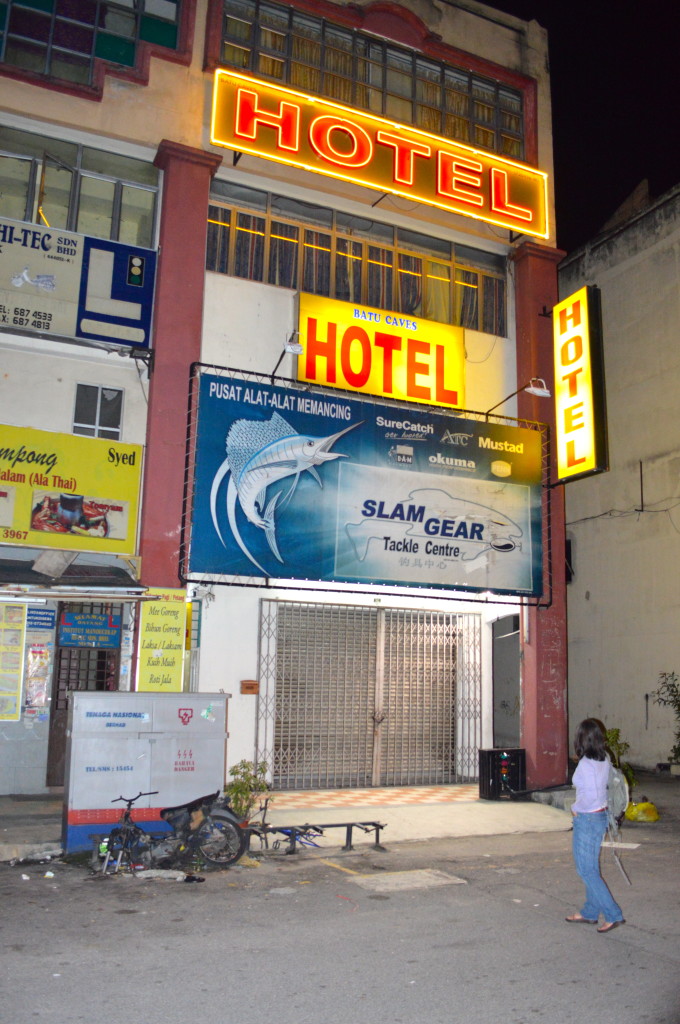 Our Batu Caves Hotel in Kuala Lumpur…decent and cheap (June 2014). 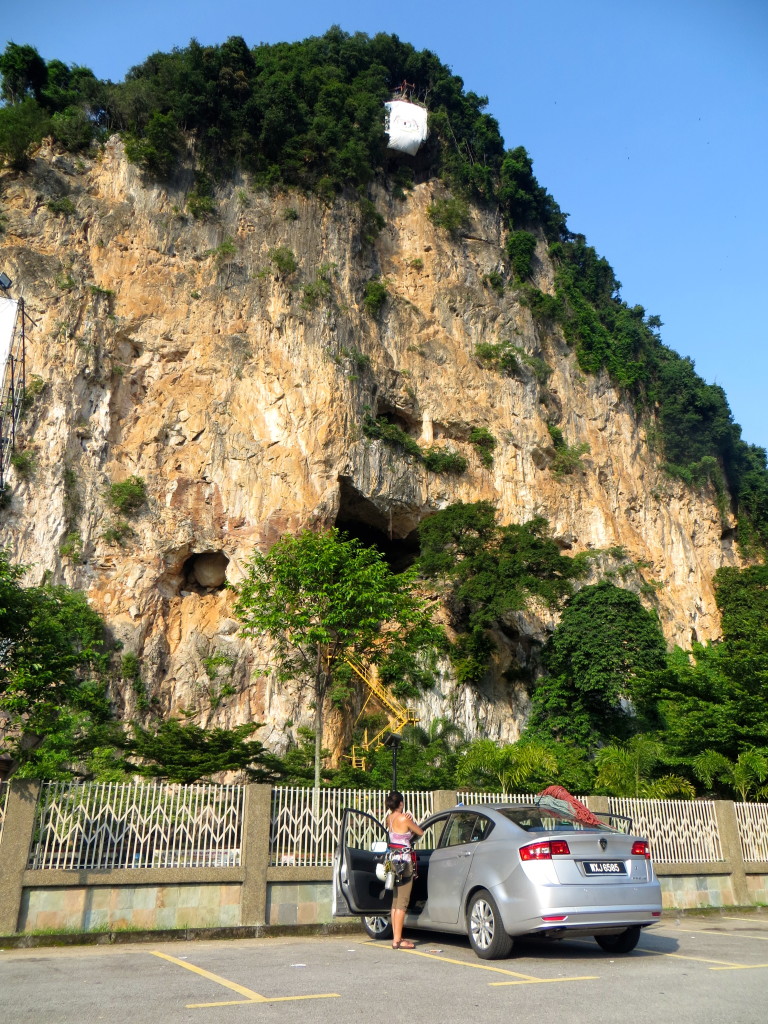 Racking up for Monsoon on the Damai Wall in the background (May 2014). 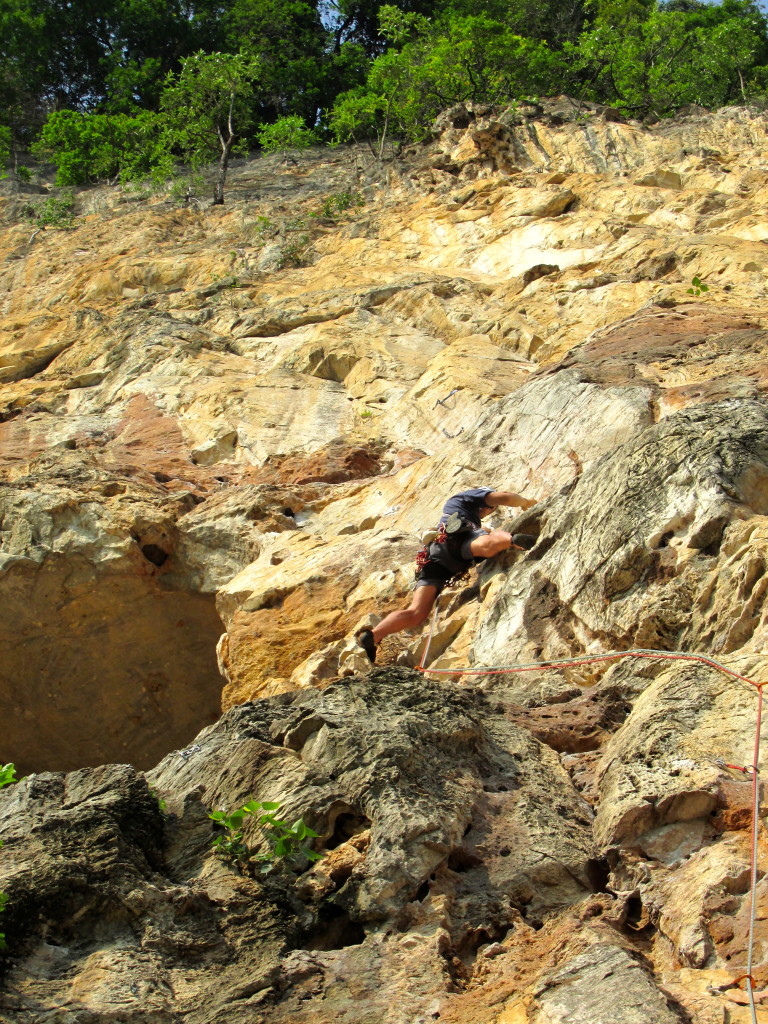 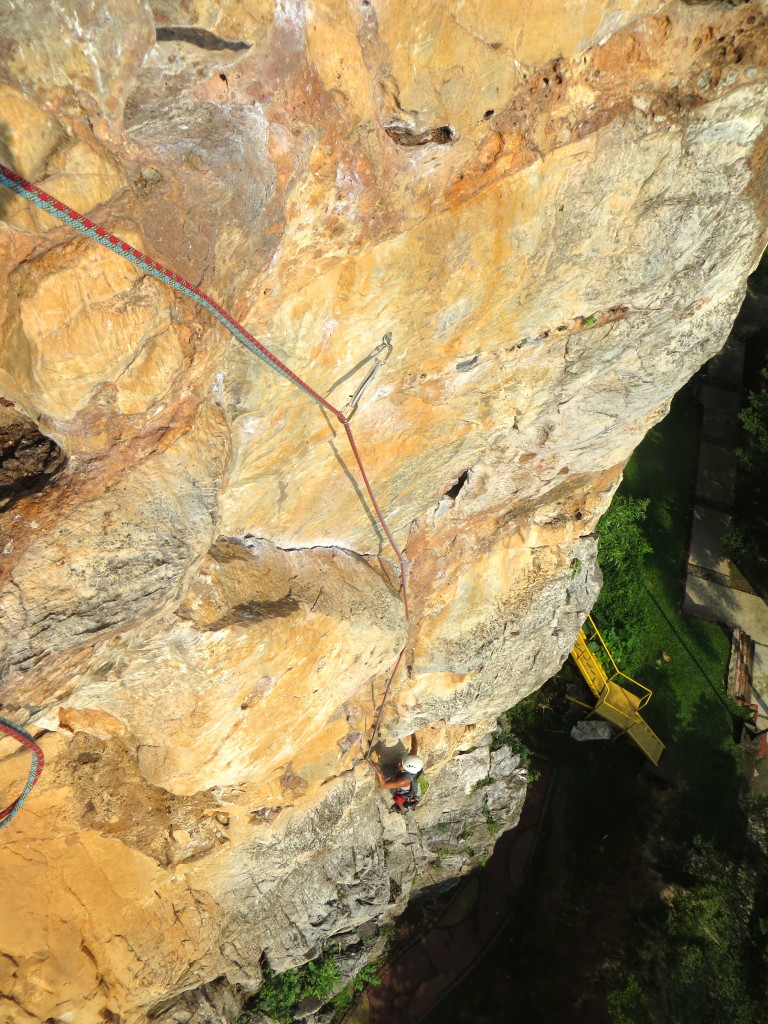 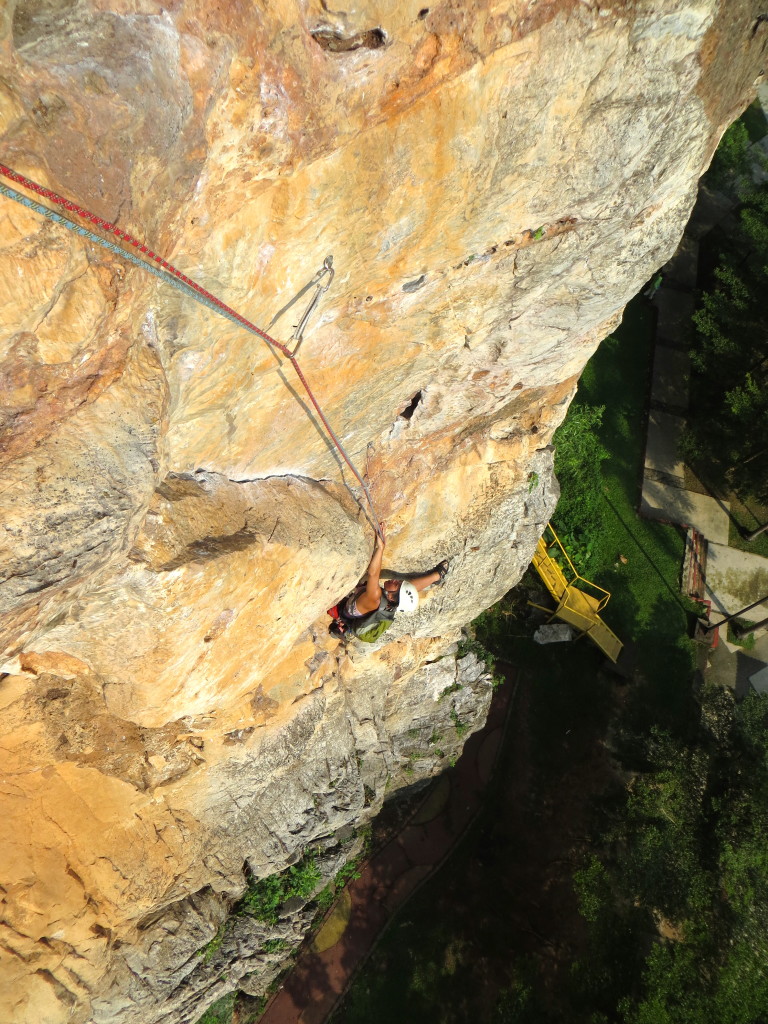 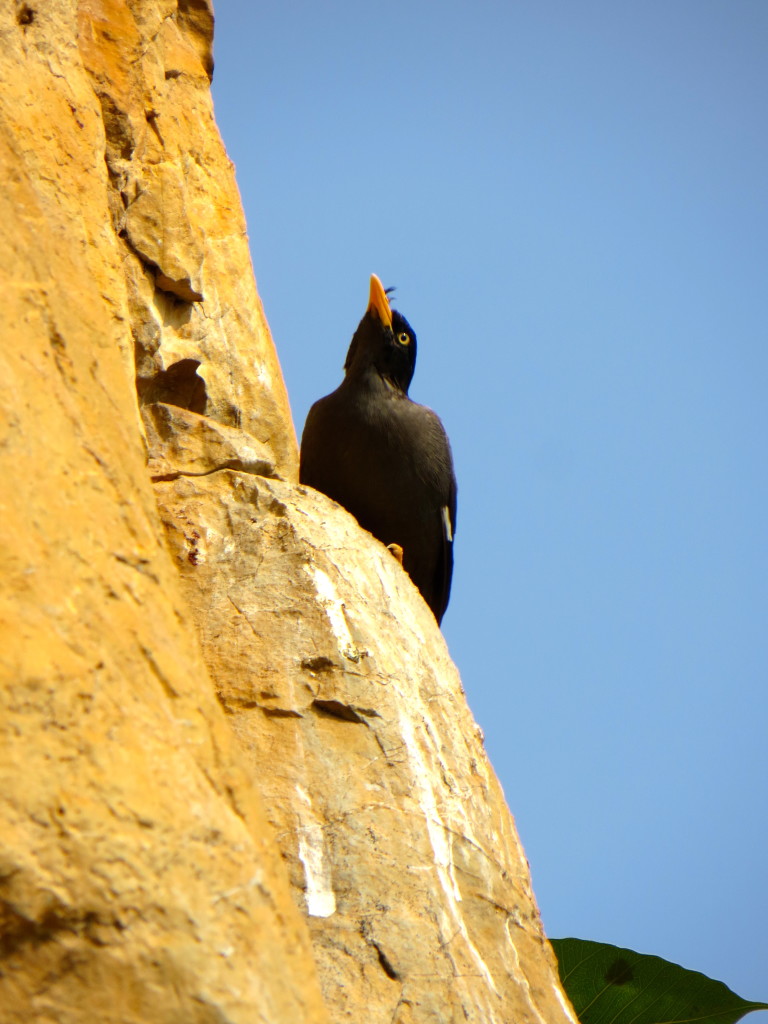 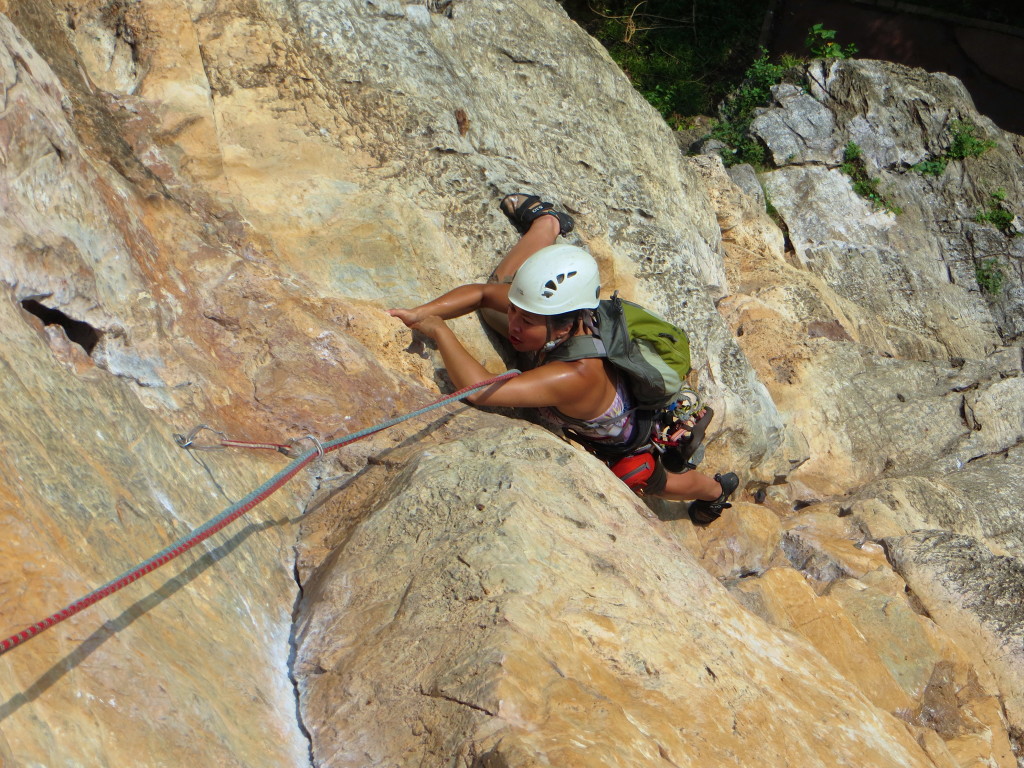 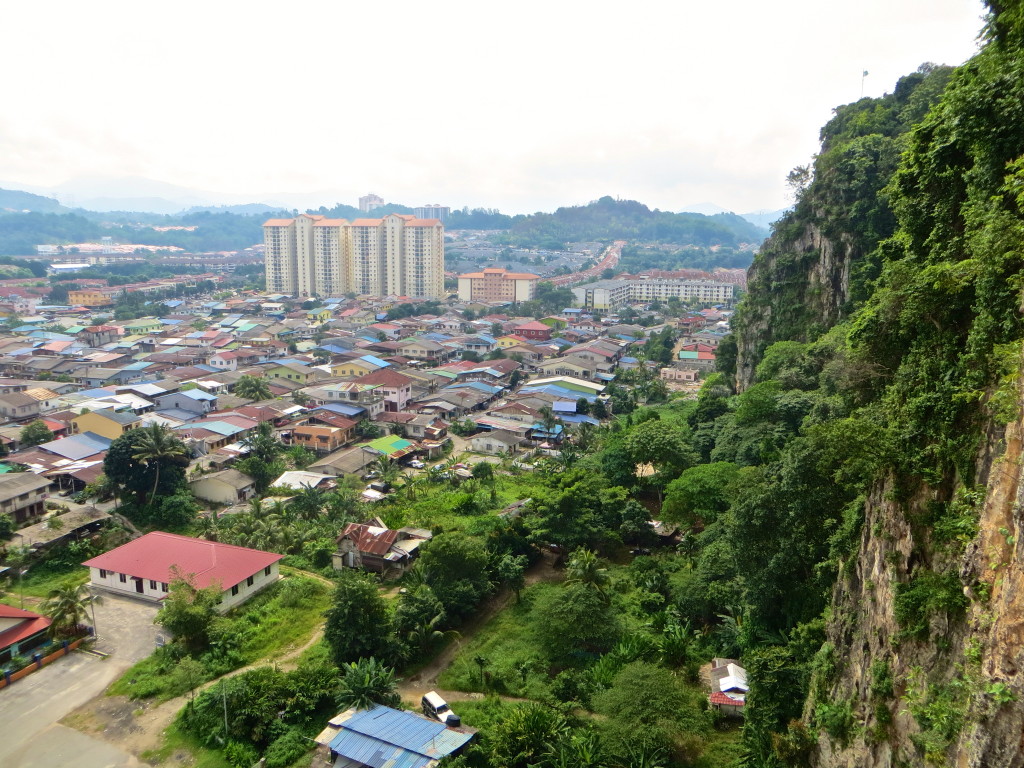 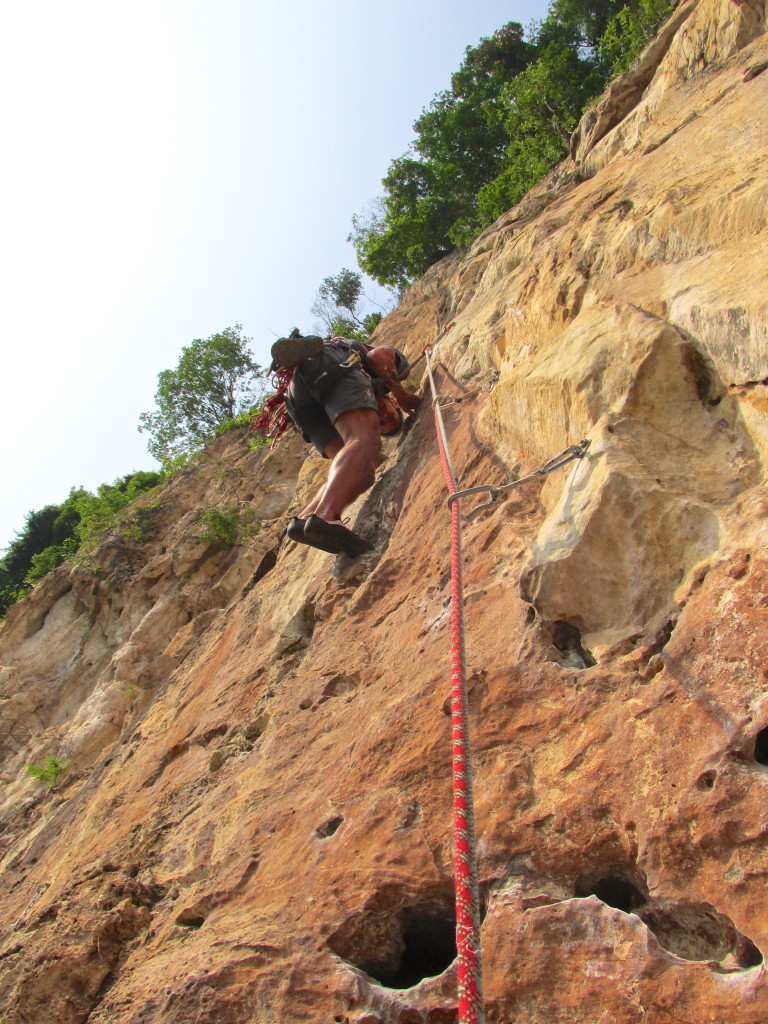 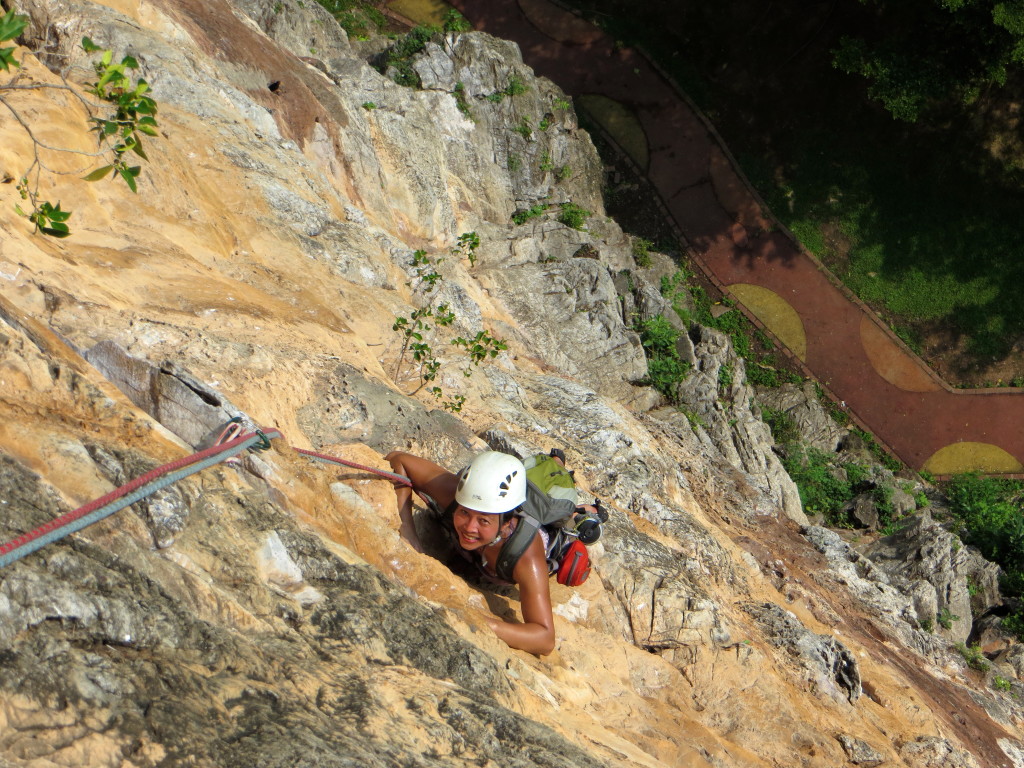 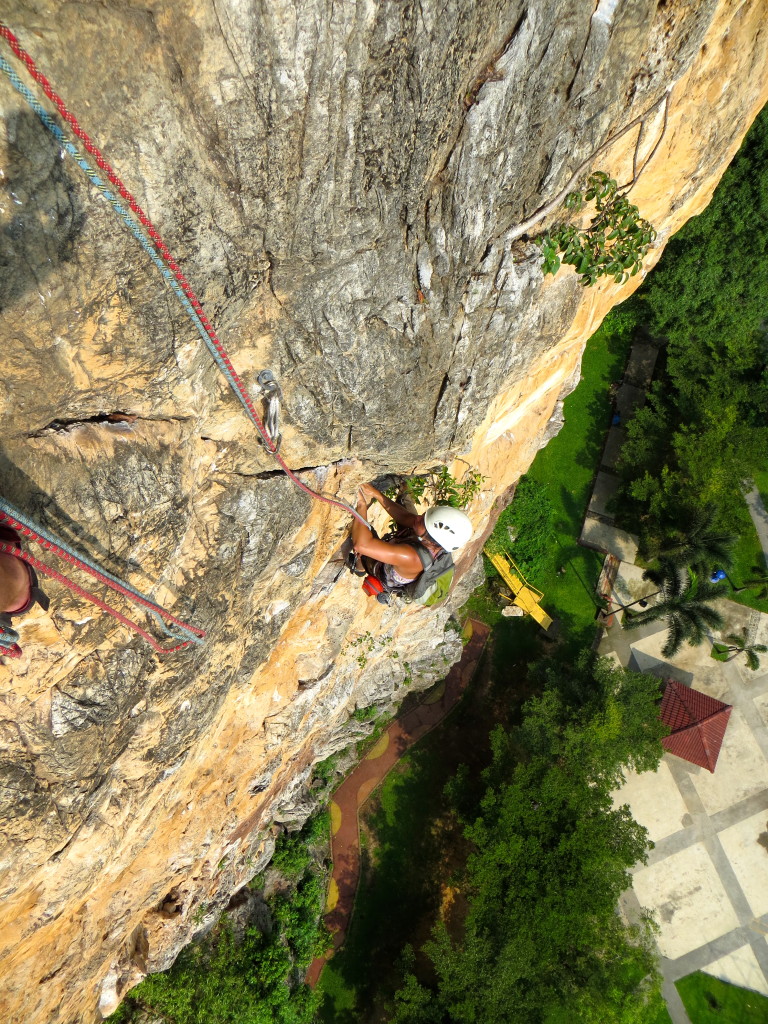 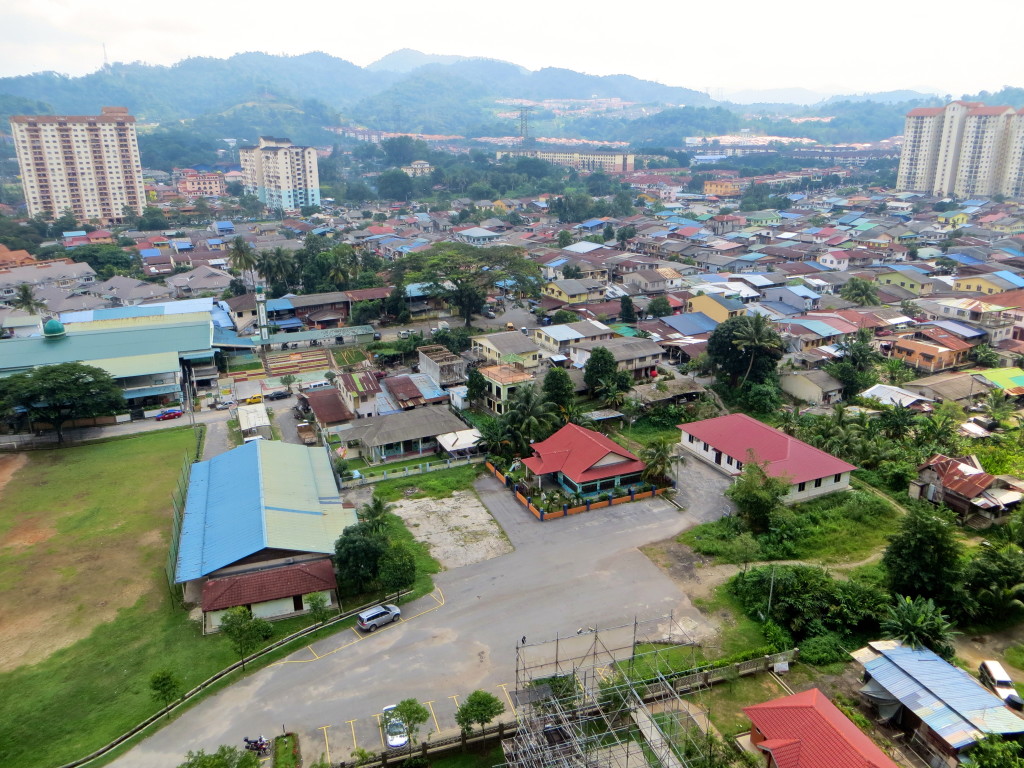 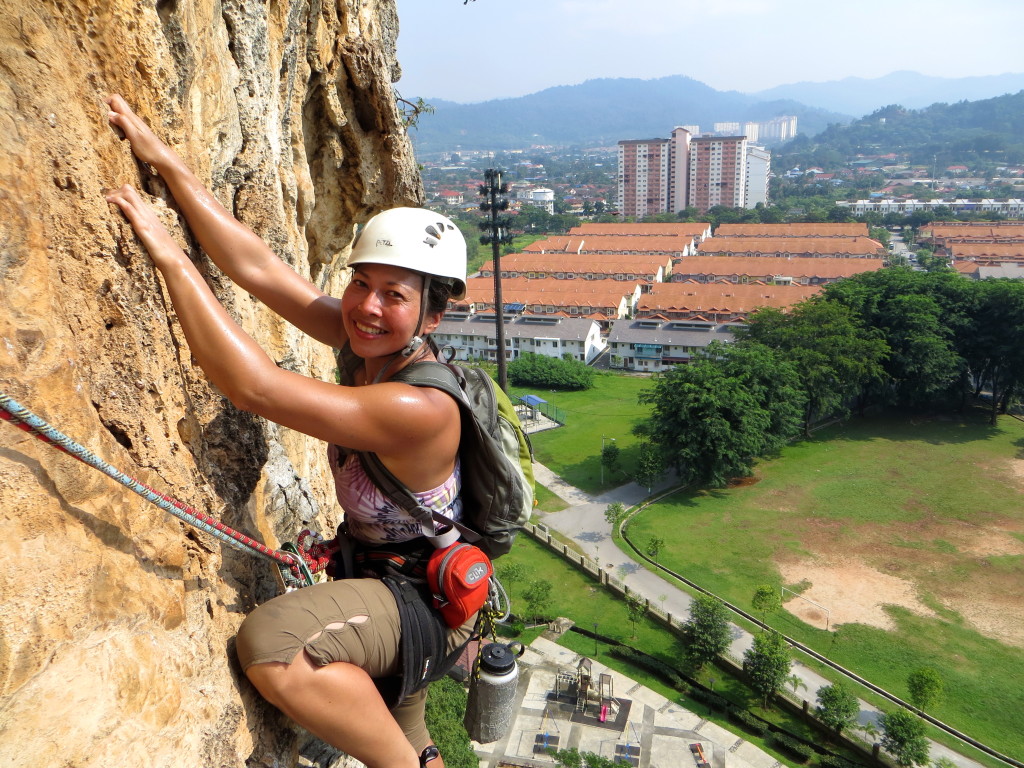 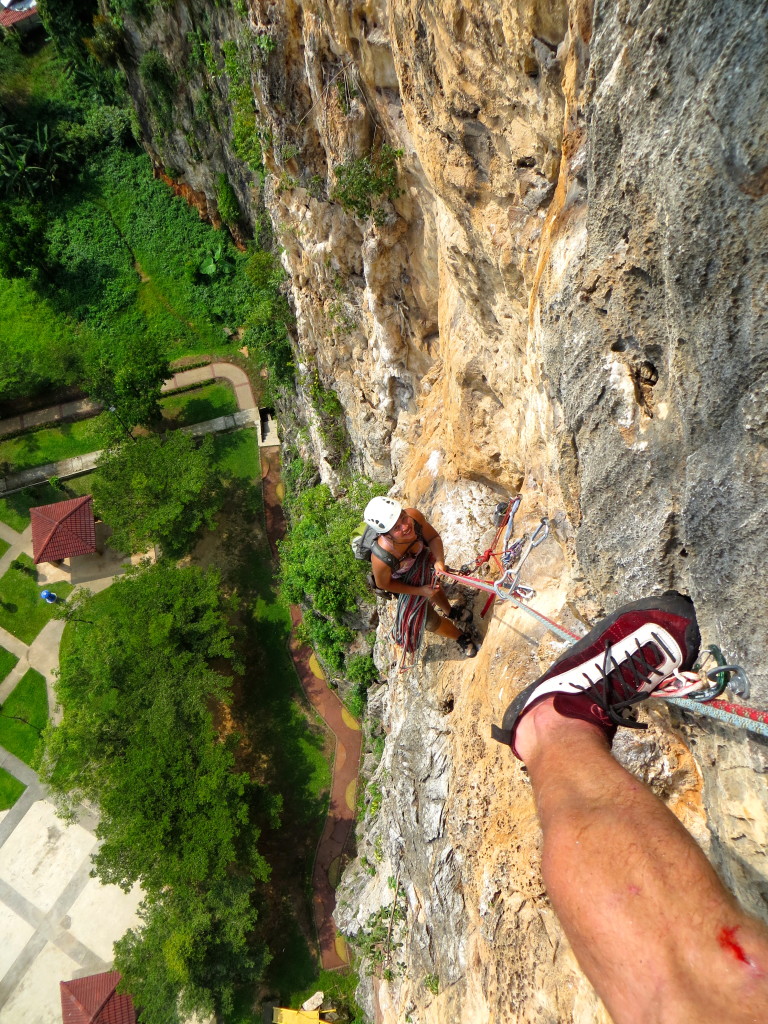 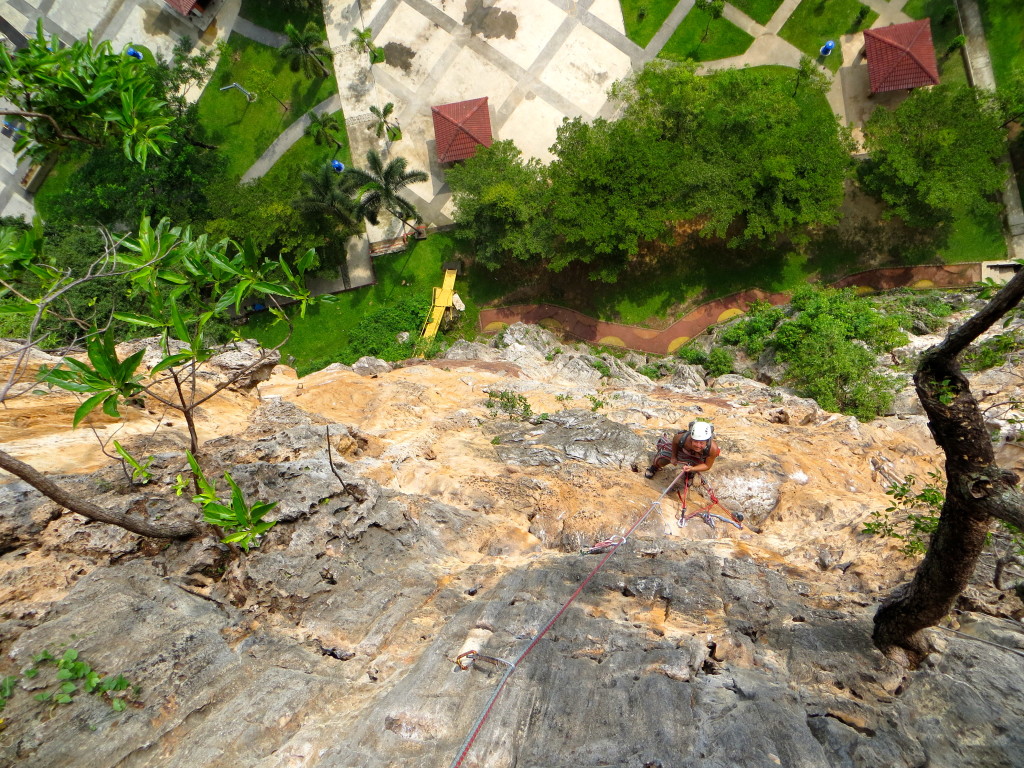 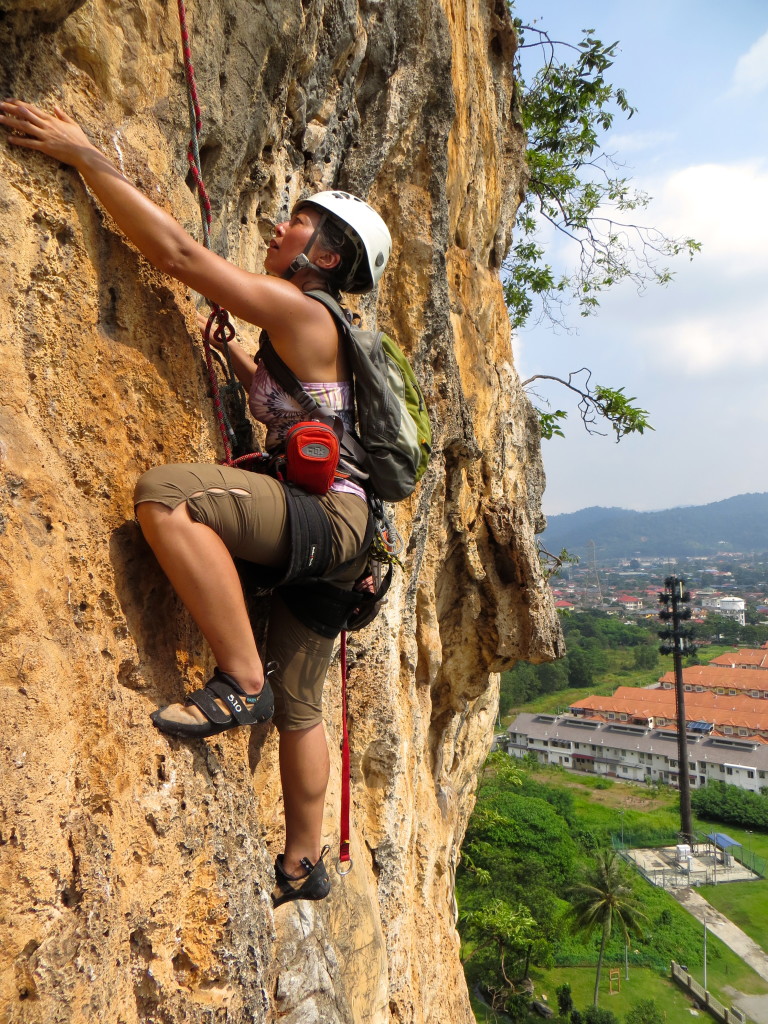 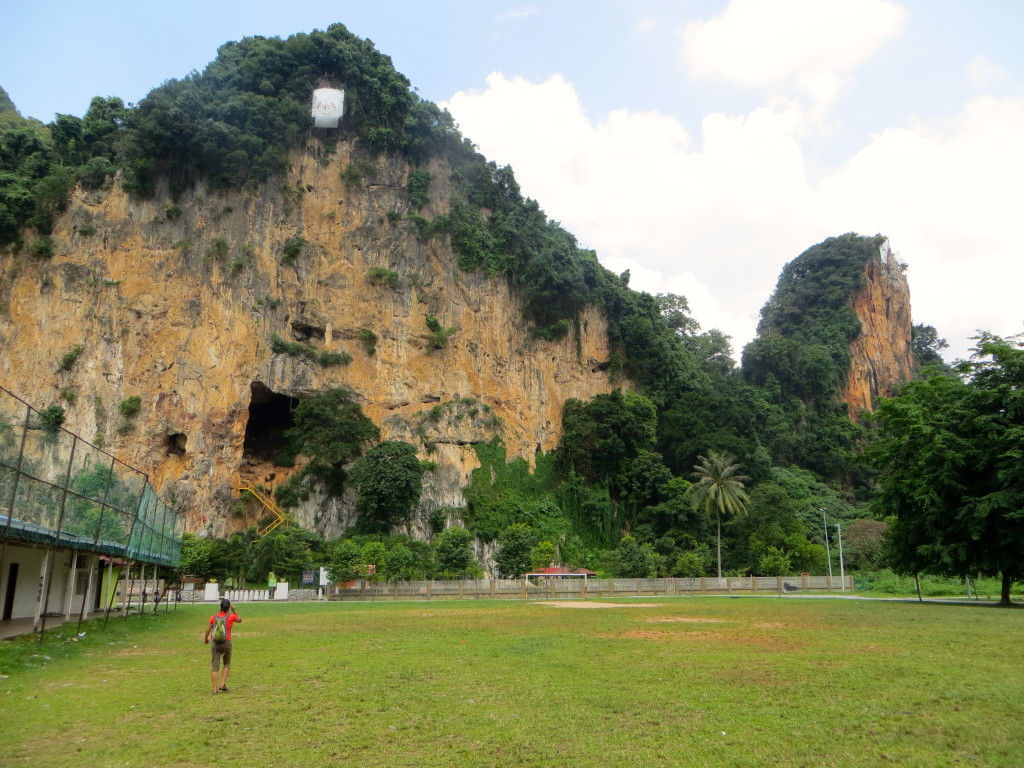 Hiking over to the rice & chicken stand for lunch with Damai Wall (left) and Red Rocks in the background. What looks like a white flag at the top is in fact an exit platform for base jumpers (June 2014).