Go to Malaysia.
Go back to Mukut. 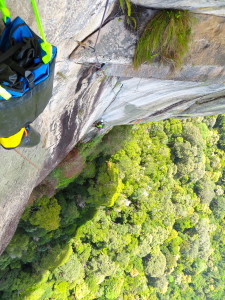 We were up pre-dawn and hiking back up through the jungle at daybreak the next day. We jugged our lines and inspected the gear. The contents of the haul bag remained fairly dry. We opted for the easier rivet ladder on the lower half of pitch three and once again used the intermediate belay per David and Stephan’s suggestion. Puffy thunderheads were once again building over the sea with the occasional rumble of thunder off in the distance. We were pretty stressed – a touch of PTSD perhaps. Upper part of pitch three (our 5) was a beautiful looking finger crack that of course got aided…excuse being all the heavy shit hanging on my rack but really switching modes from aid to free mid-pitch is a 7b+ mental effort and not to mention that the crack is probably too hard for me anyway. We were moving pretty slowly – somehow everything was taking twice the normal effort for us in the sauna. By the time we reached The Alcove we felt deflated, worried and bailed. 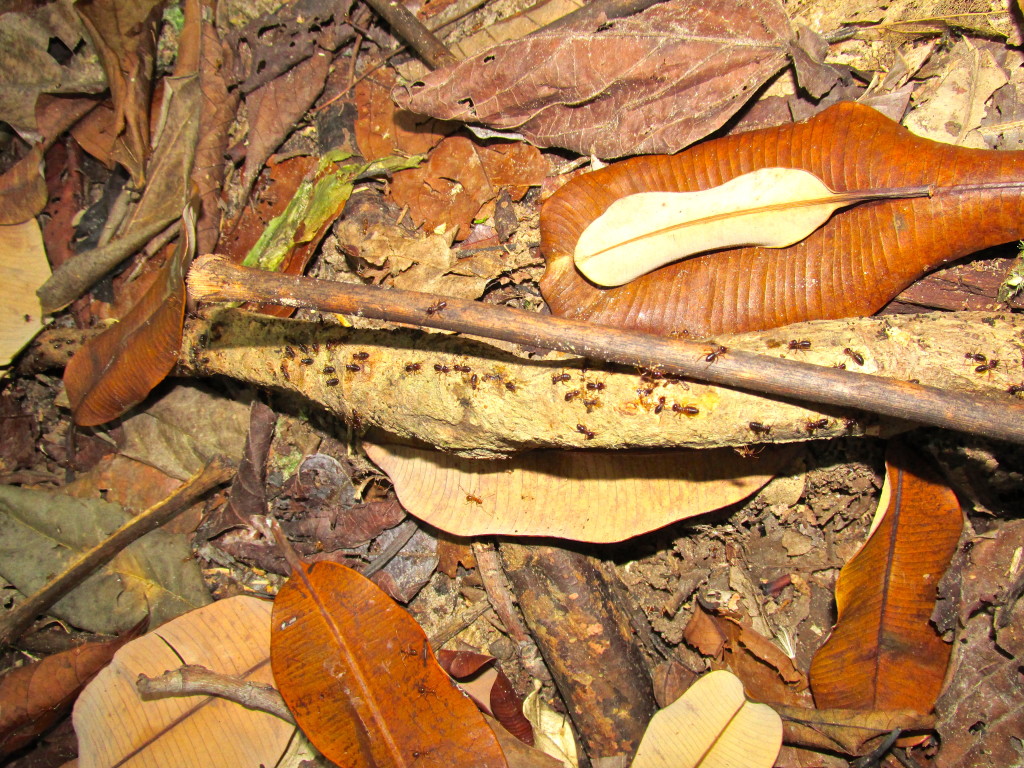 Hey ho, hey ho, it’s off to work we go! The ants seemed to be operating on a blue collar schedule (morning and afternoon) – busily using logs and sticks to commute to I’m not sure where. Hiking back to our fixed lines in the morning. 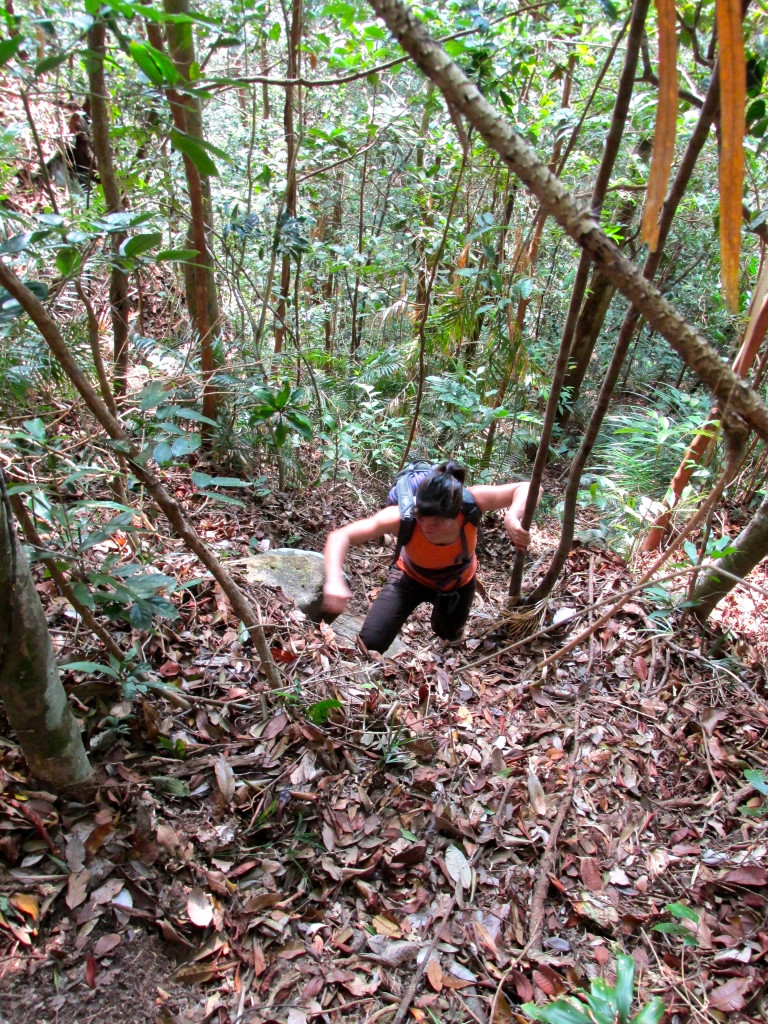 On the jungle approach again… 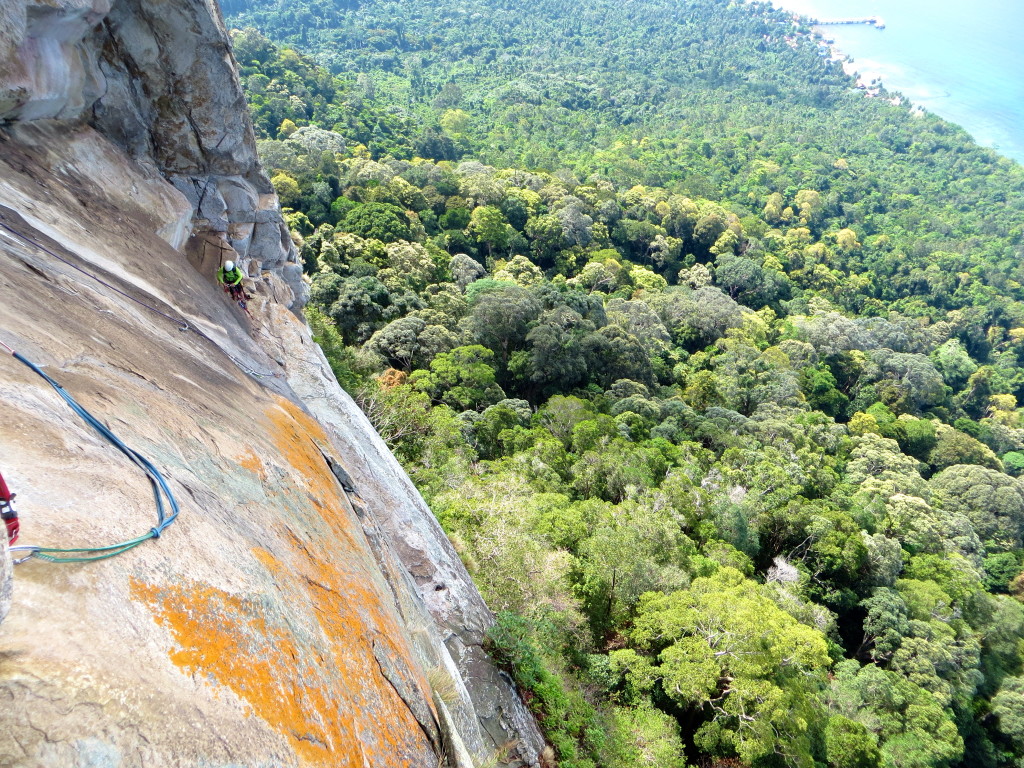 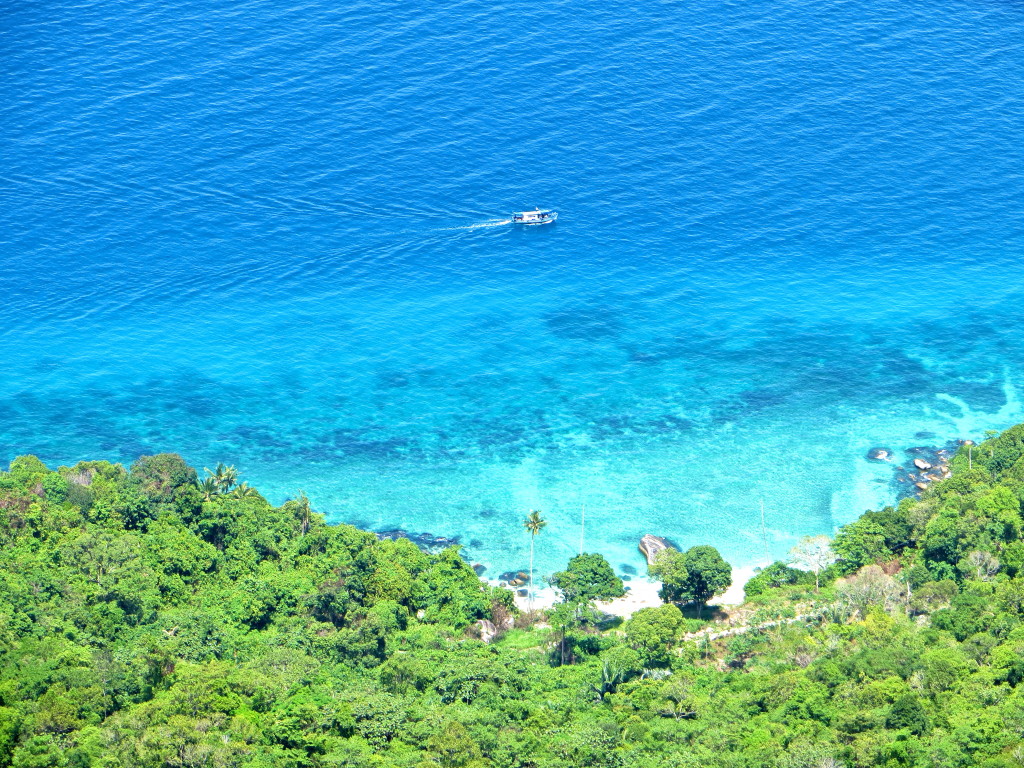 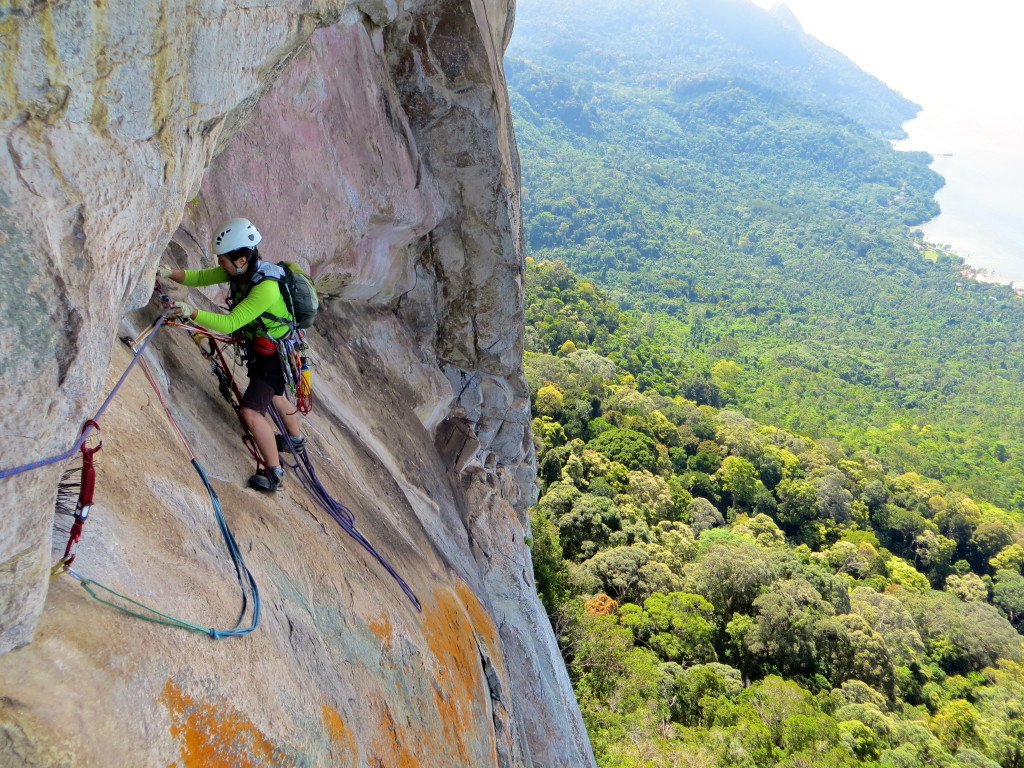 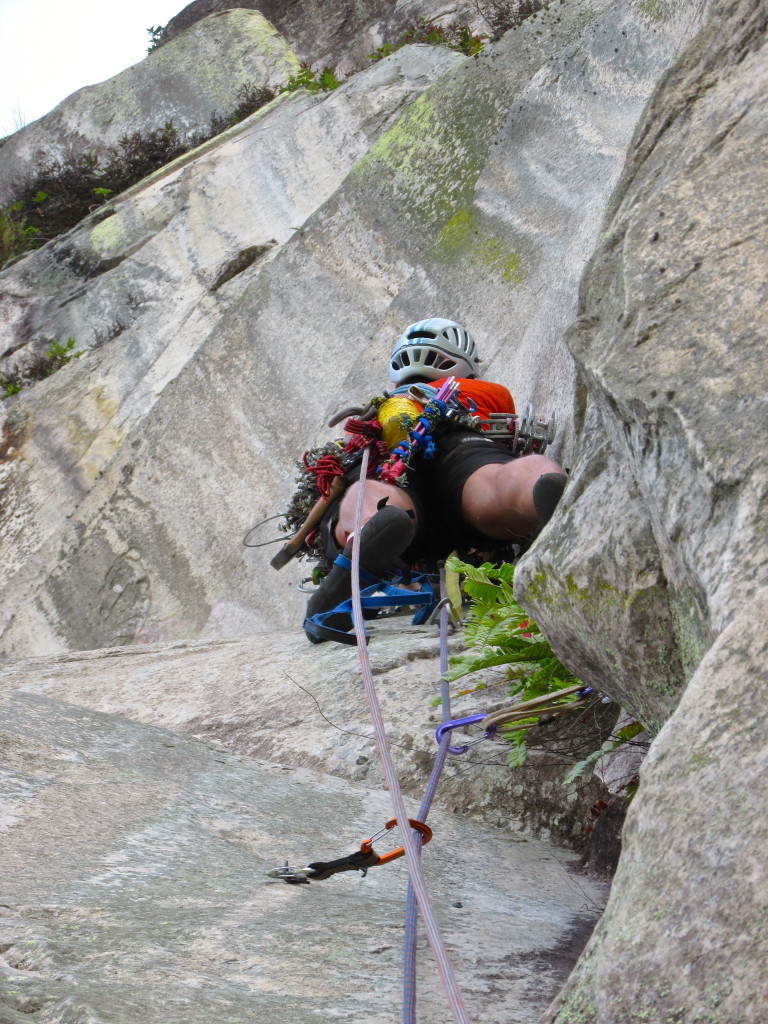 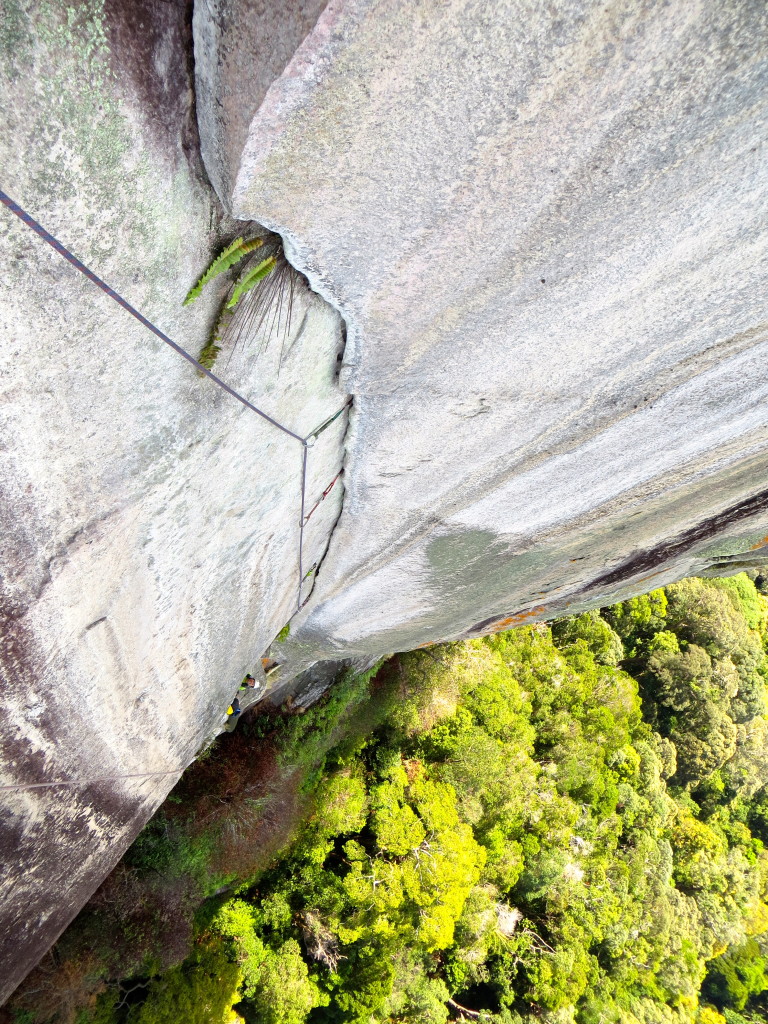 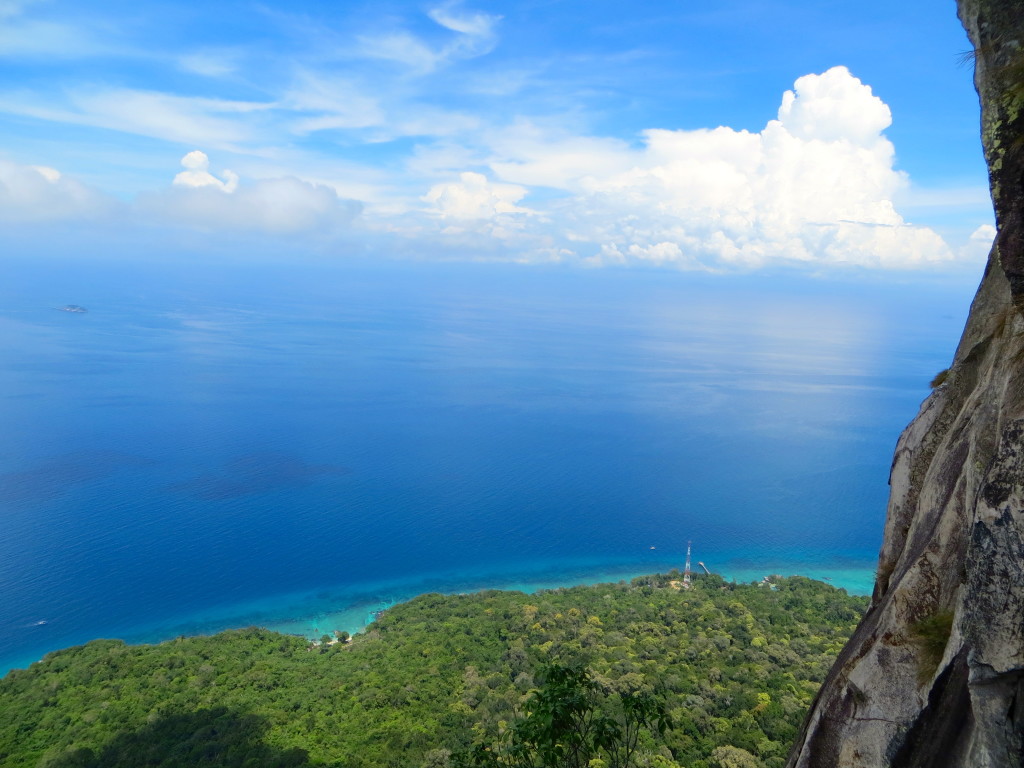 The grumbling cloud build up that was tormenting us that day (May 2014). 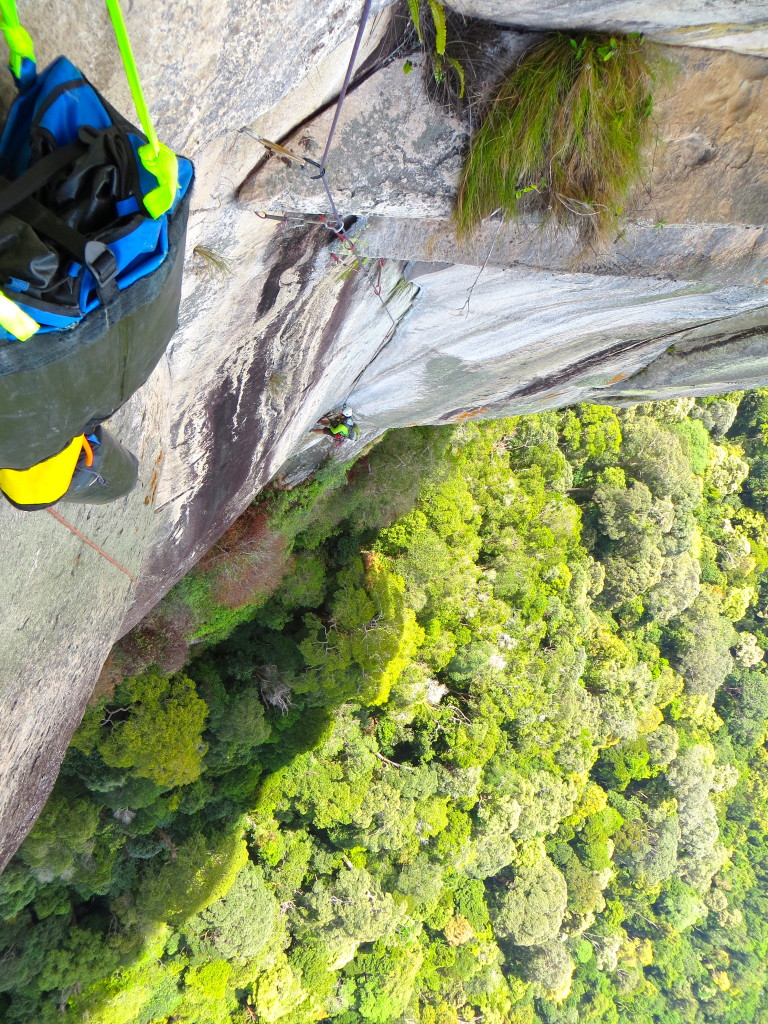 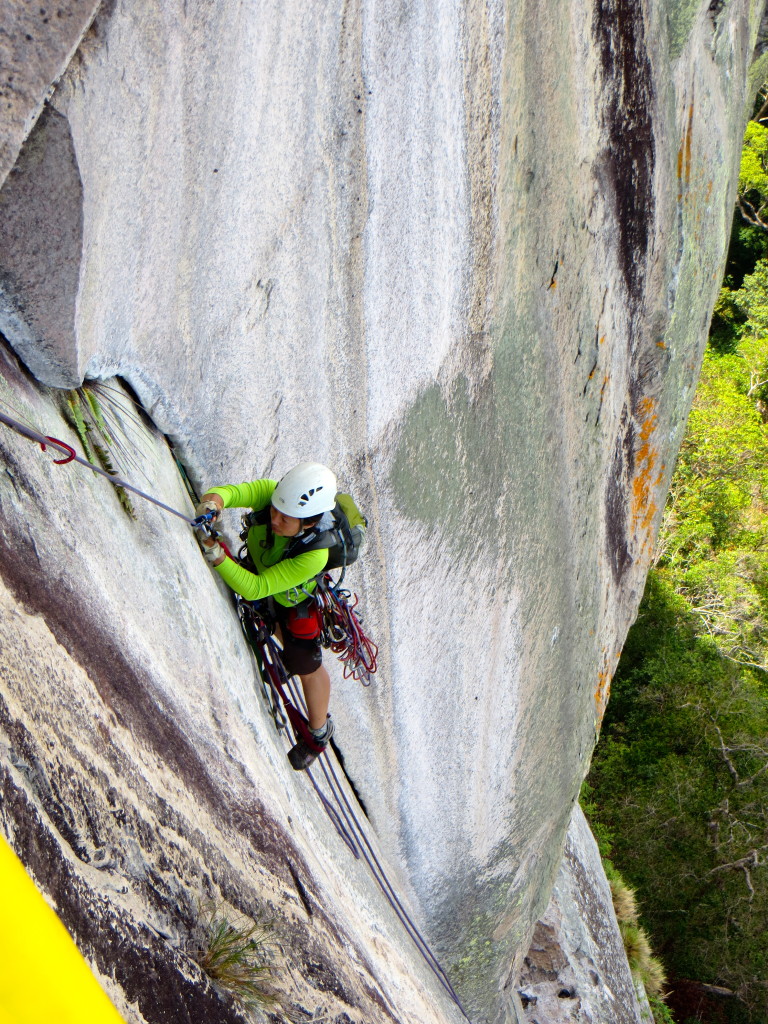 Shirley approaching The Alcove on Waking Dream – our highpoint (May 2014). 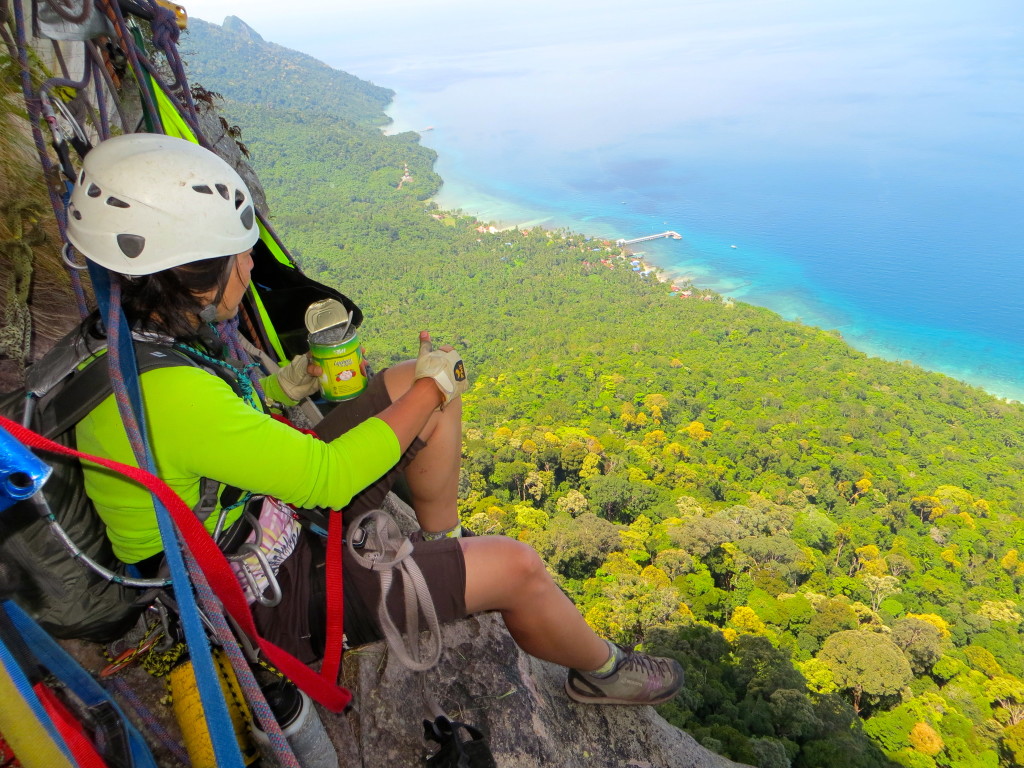 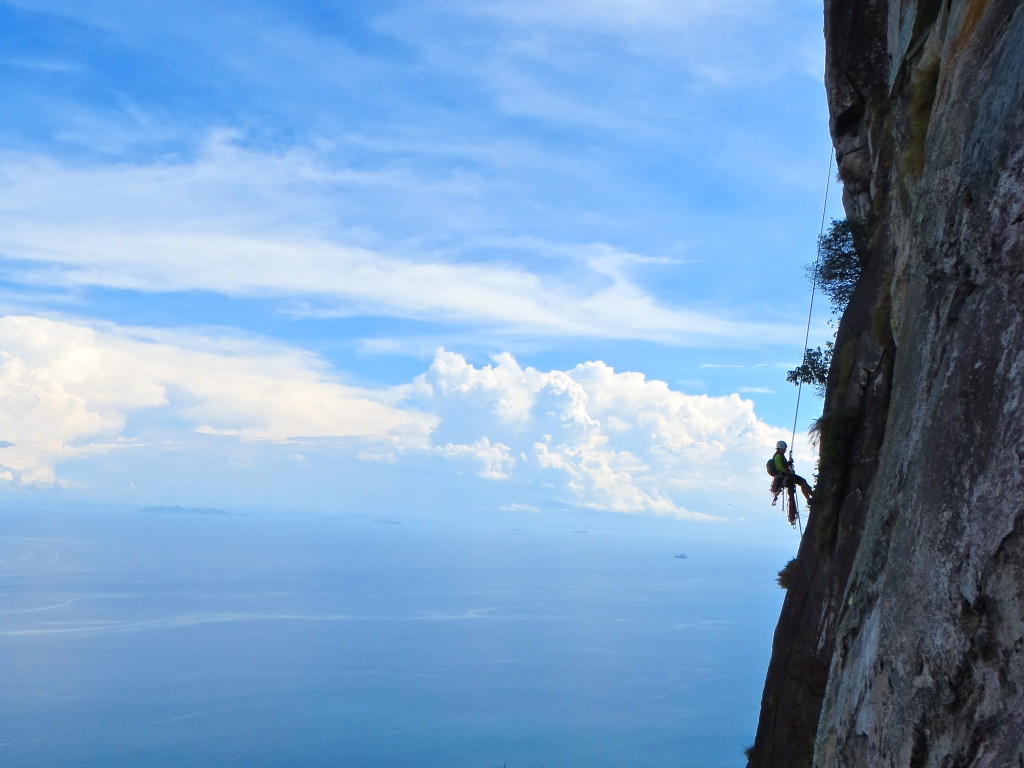 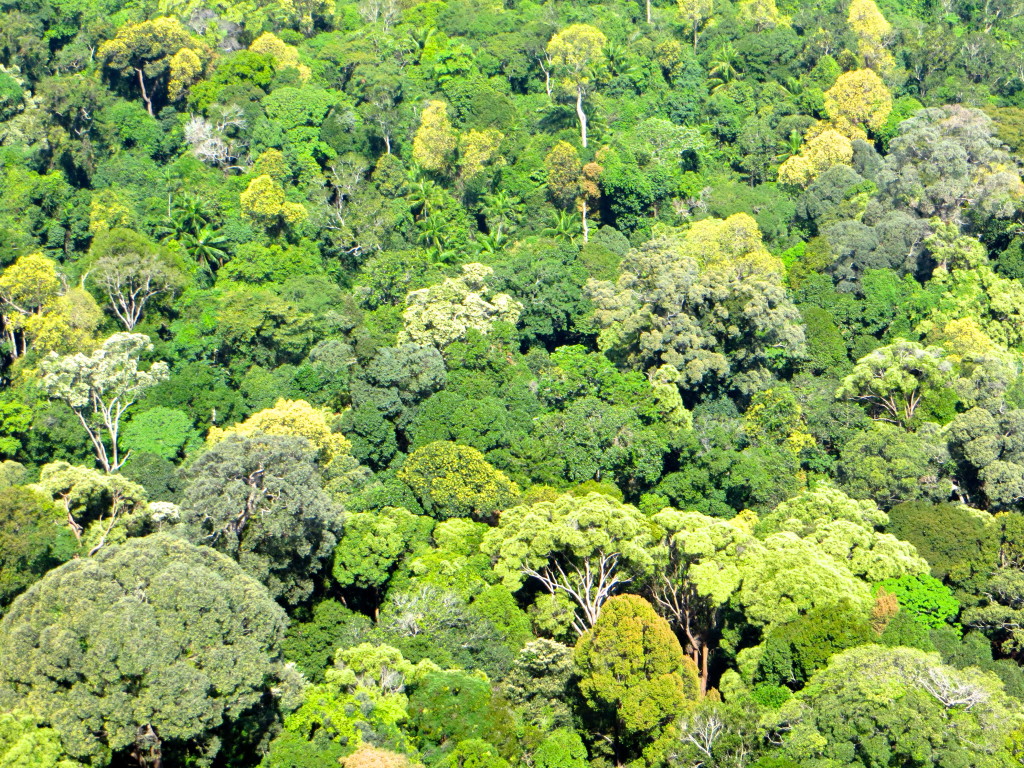 Jungle canopy as seen from Waking Dream (May 2014). 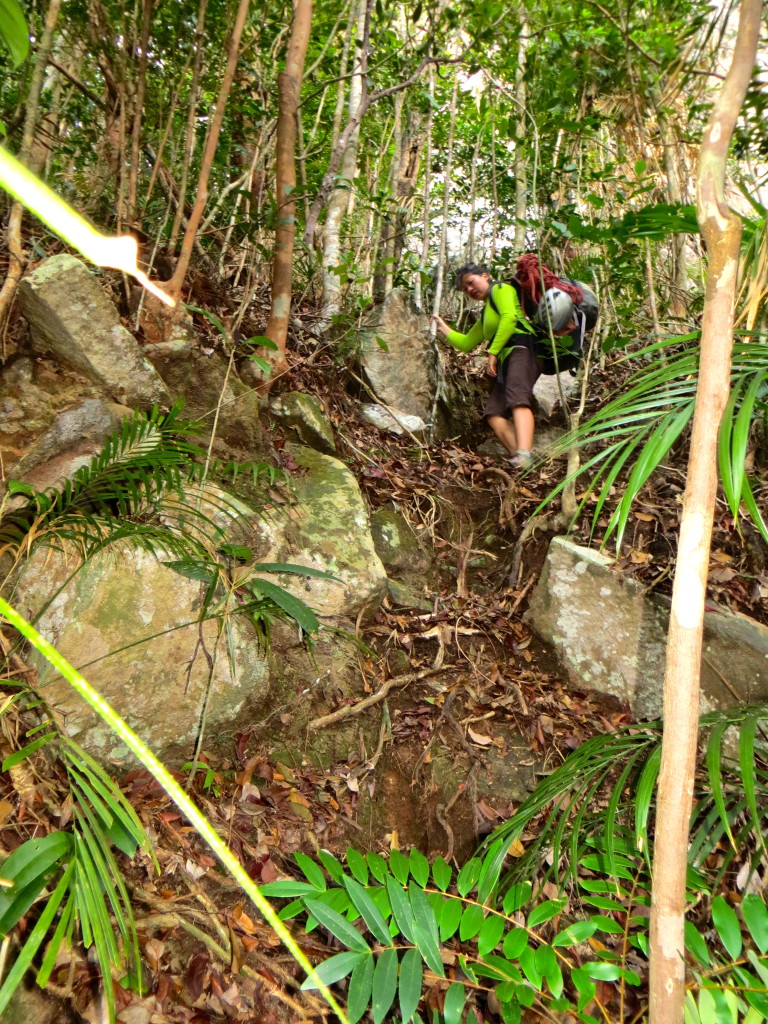 Heavily loaded up Shirley making her way down from the base of the route after our shameful bail…Click for video. 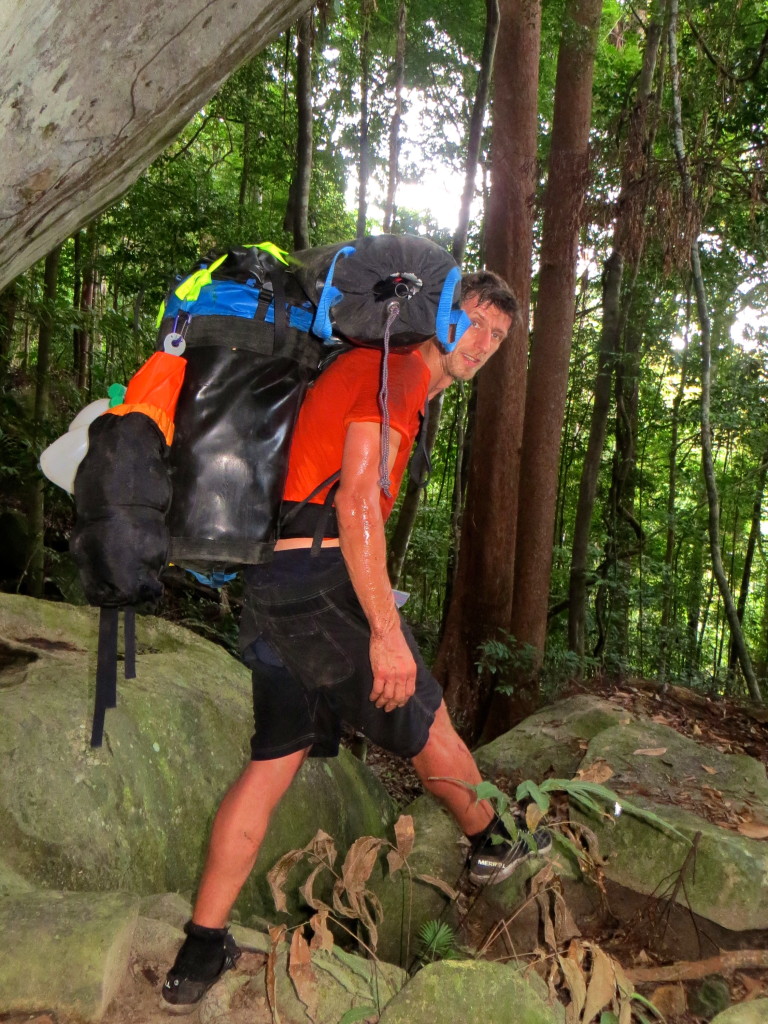 “Hey throw me that down jacket and the wind shell, would ya?” 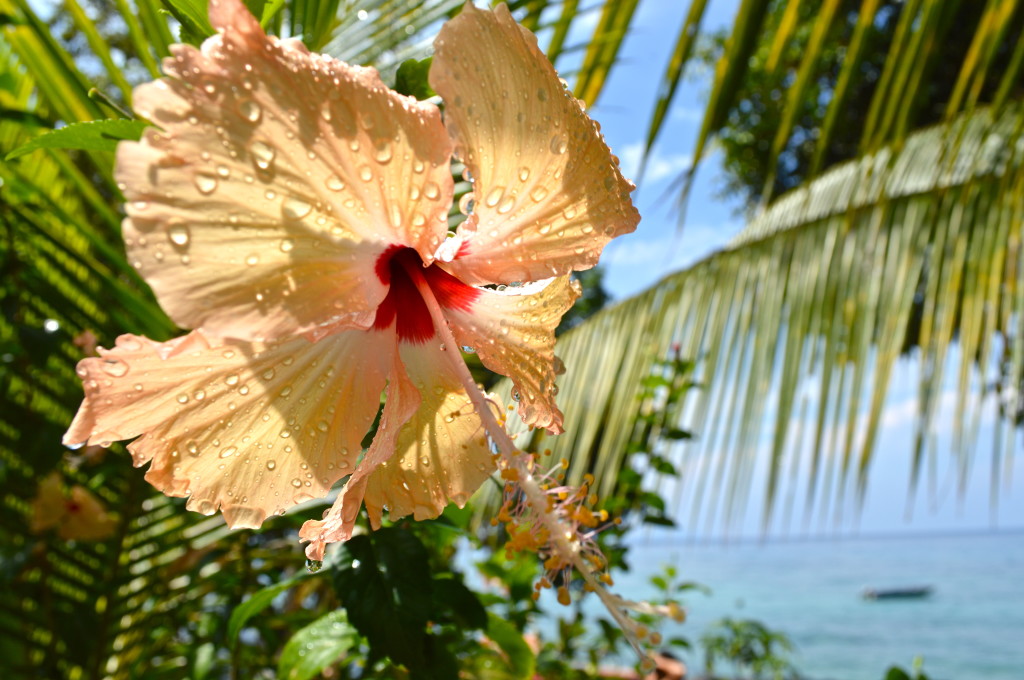 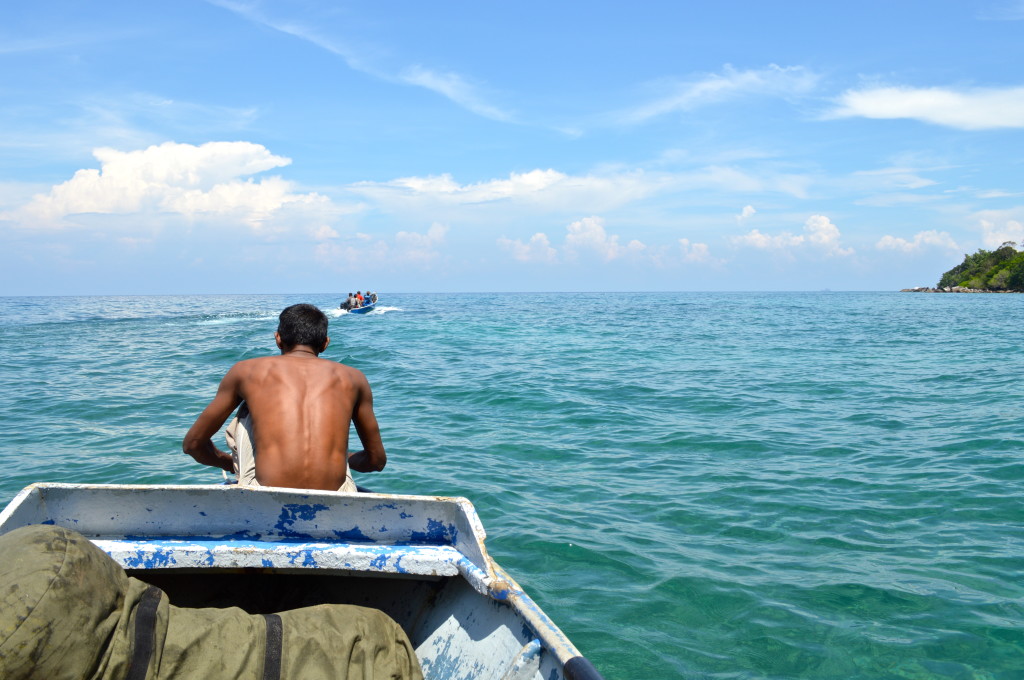 Shirley and half of our bags in one boat; Tam, the other half of the bags and my fat ass in this second boat (June 2014). 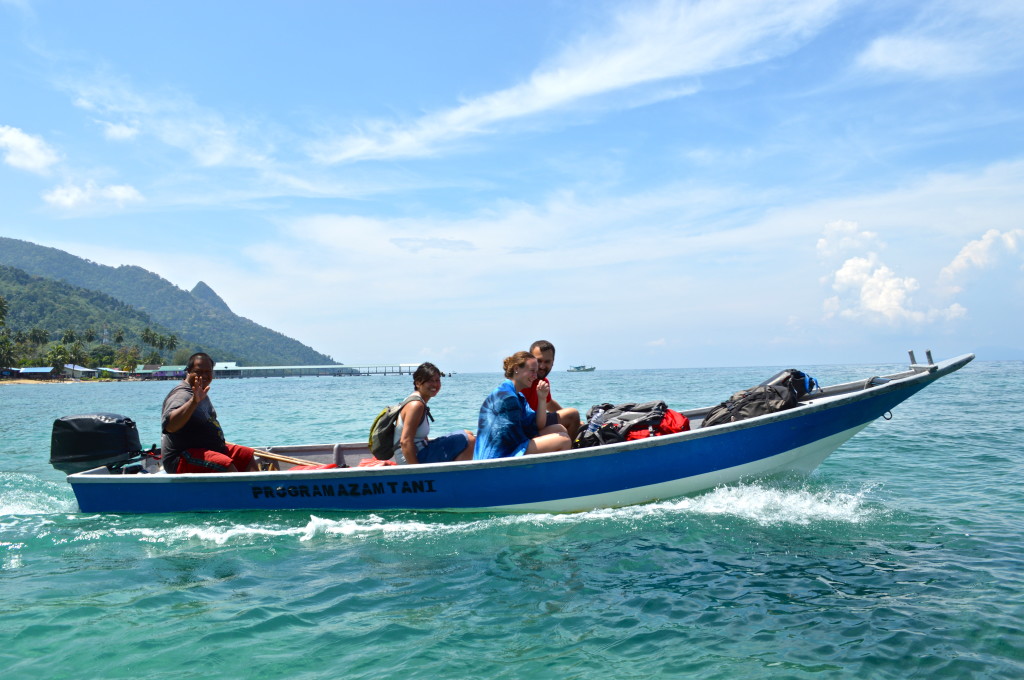 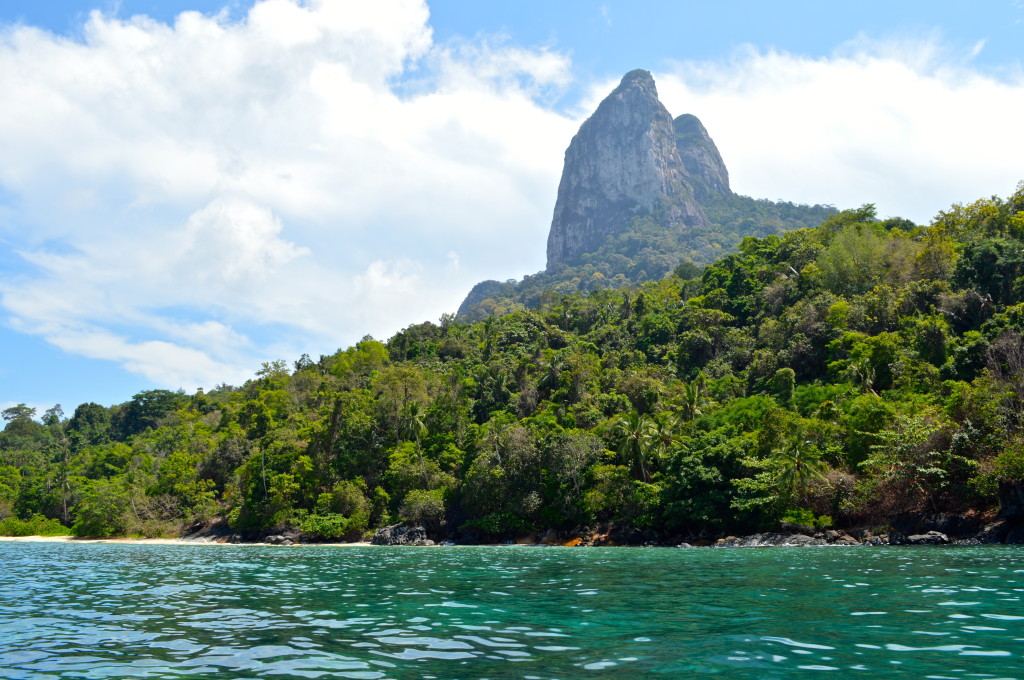 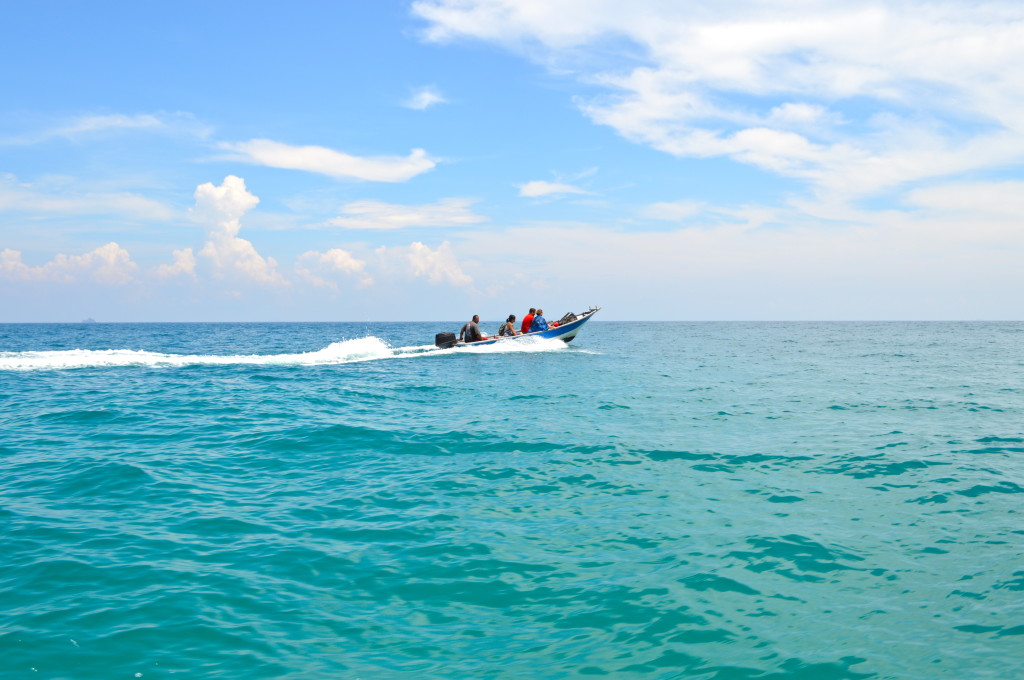 Shirley and some tourists from Tam’s resort heading back to Genting (May 2014). 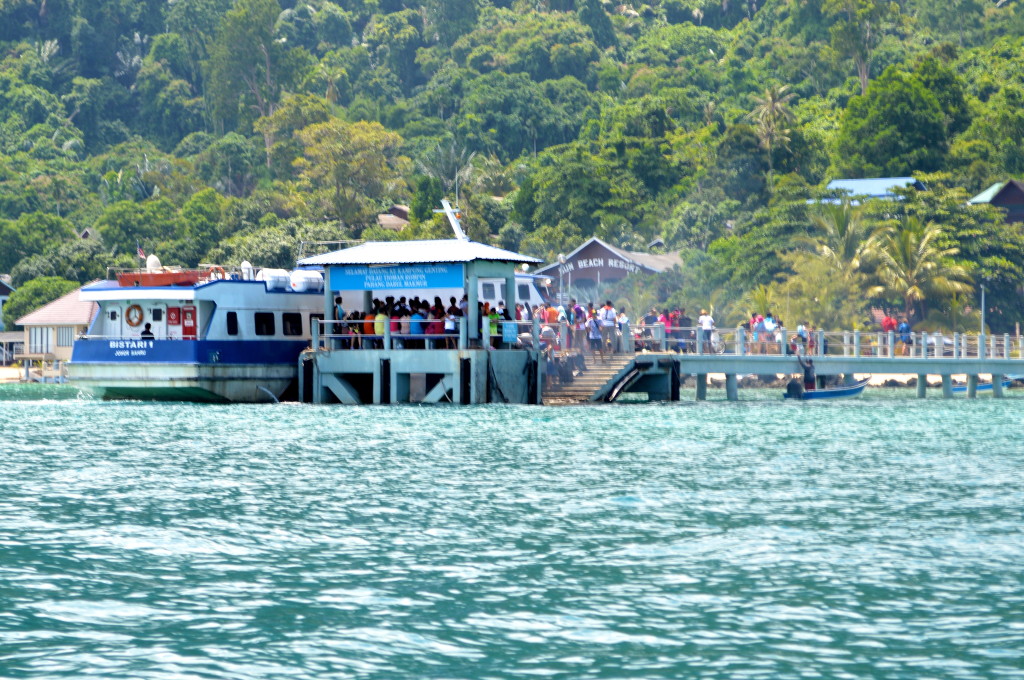 Crowded ferry terminal in Genting (May 2014). 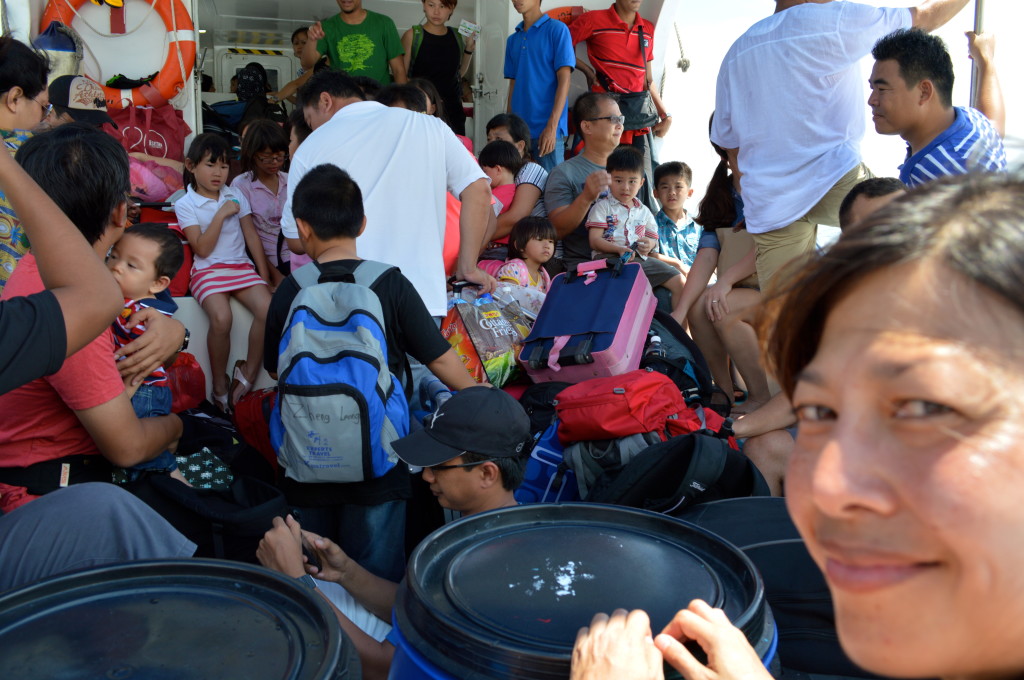 An overloaded ferry back to Mersing (May 2014). 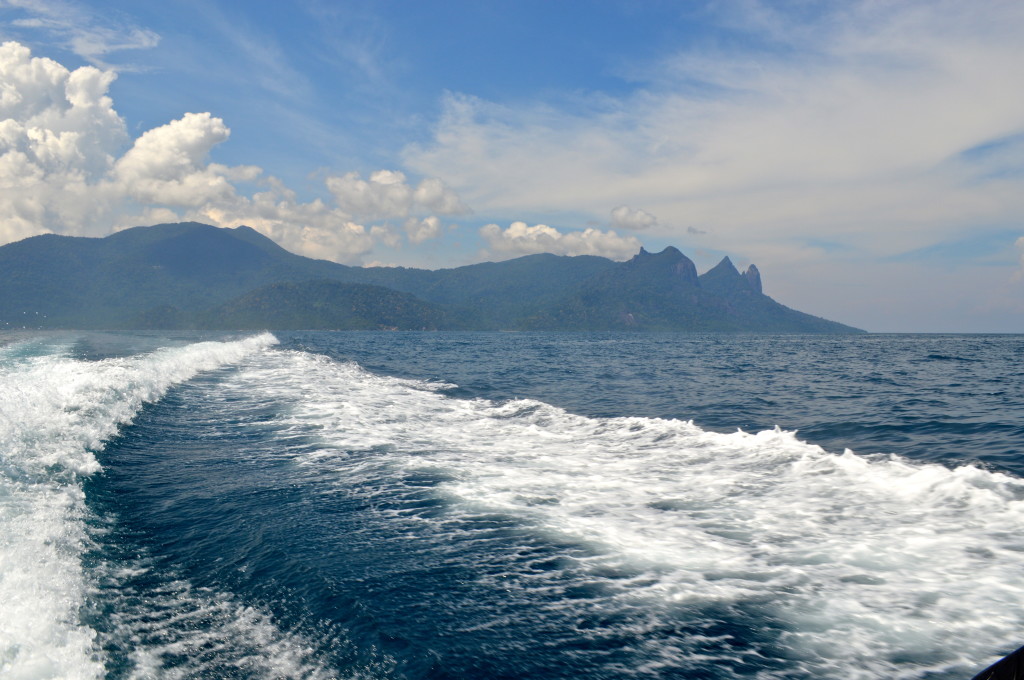 One last look at Pulau Tioman and The Horns from the Mersing-bound ferry (May 2014). 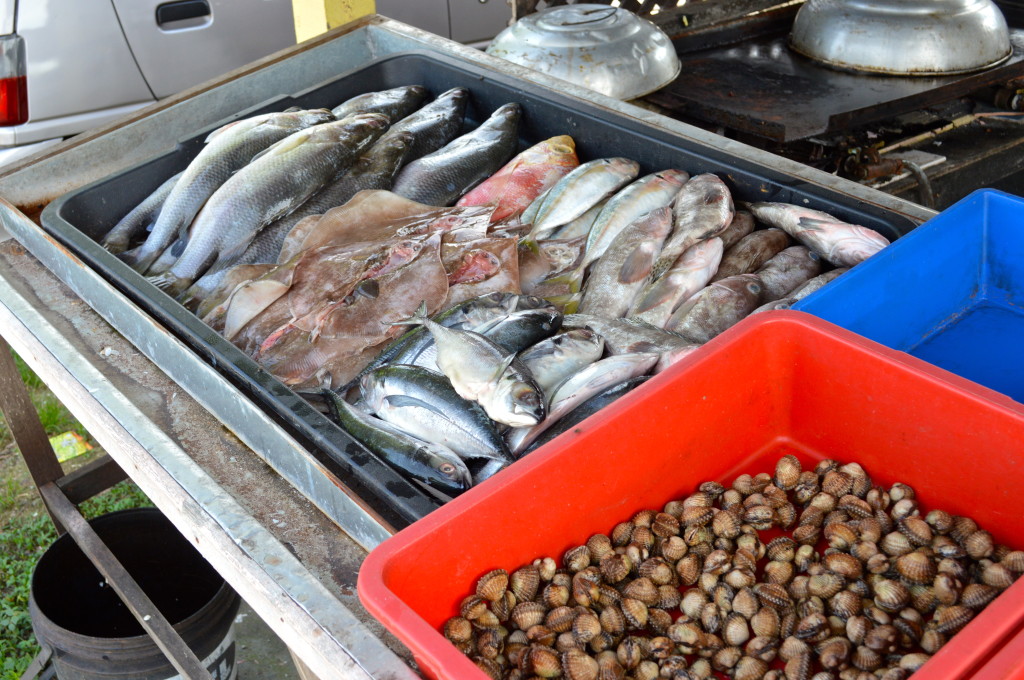 A (very) fresh seafood restaurant in Mersing – no shortage of culinary delights in Malaysia (May 2014). 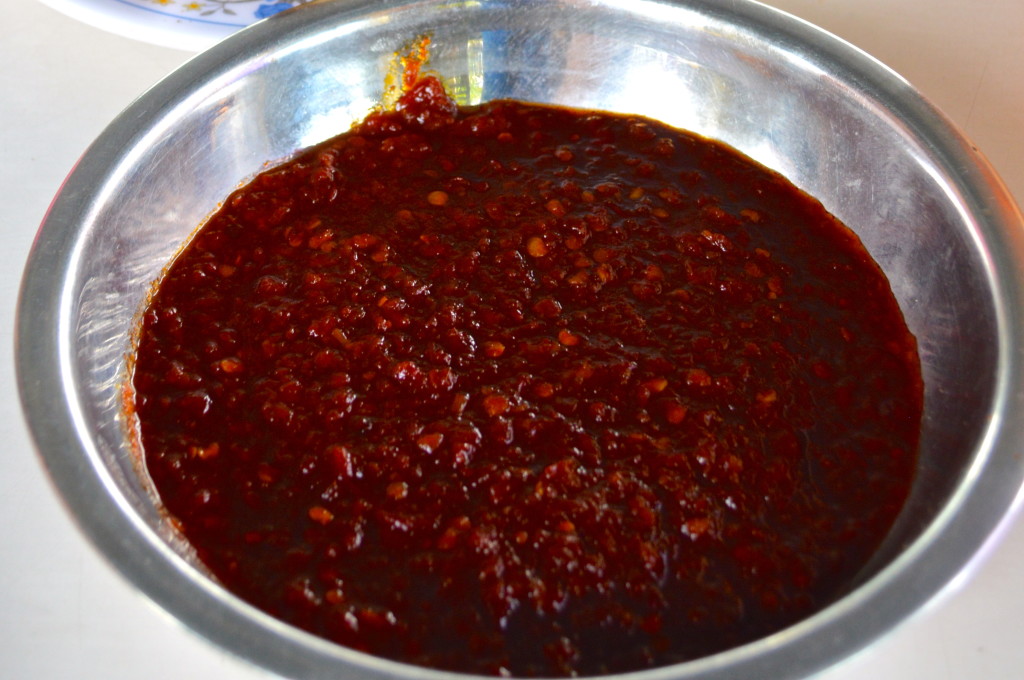