Go back to Croatia Appetizer. 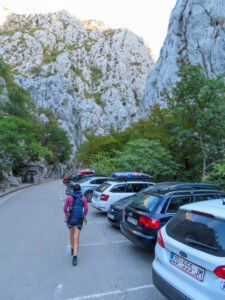 A casual wake up on day one. Some shitty coffee, some basic grocery shopping, and a late arrival at the crag. We picked a seemingly moderate route with a miniature approach; Slovenski (PIPS), 6a+. Face was in the sun by the time we arrived but hey: how hot can it really get in Europe? Apparently, it can get pretty damn hot indeed. By the time I was starting up pitch 2 – a sandbaggy 6a+ flaring chimney – both my brain and feet were positively cooking. I greased off and scraped myself up a bit. I was so freaking baked that I lacked the energy to batman up to my highpoint and try again. I lowered off and we bailed, resuscitating ourselves with cold-ish beers in a bar right at the base. The weather forecast was showing an appreciable chance of rain later in the week and so we decided to go for our two main objectives sooner rather than later. 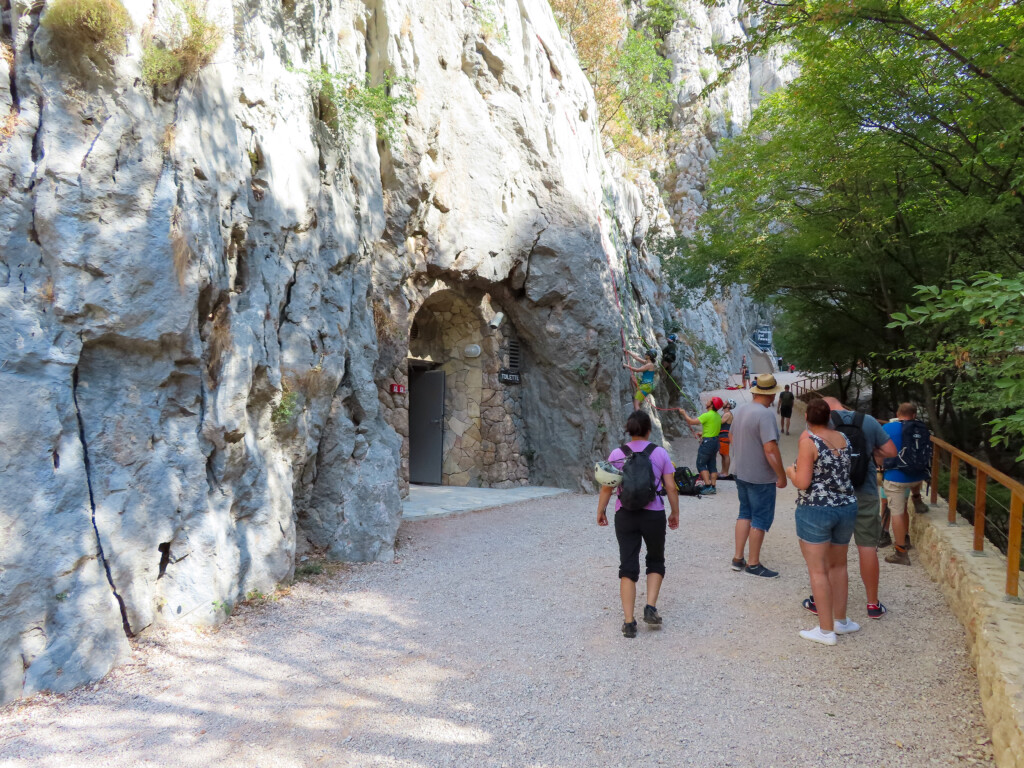 On a late morning approach to our first route: attempt on Slovenski (PIPS; August 2022). 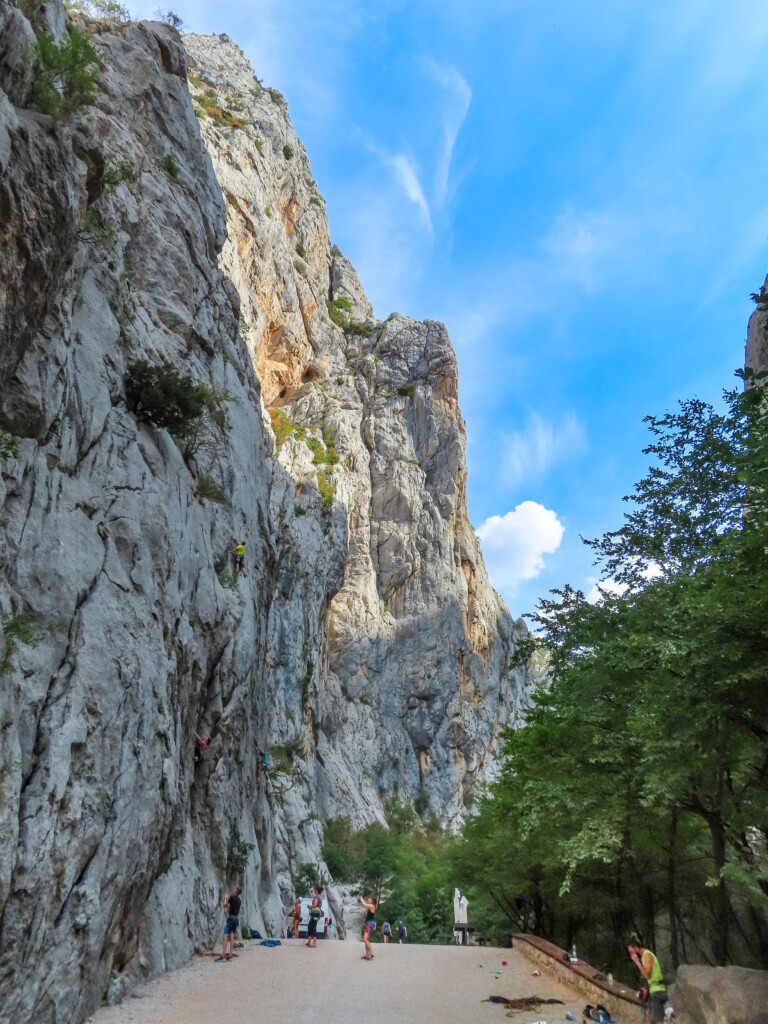 View of Debeli Kuk (the buttress jutting out into the canyon; August 2022). 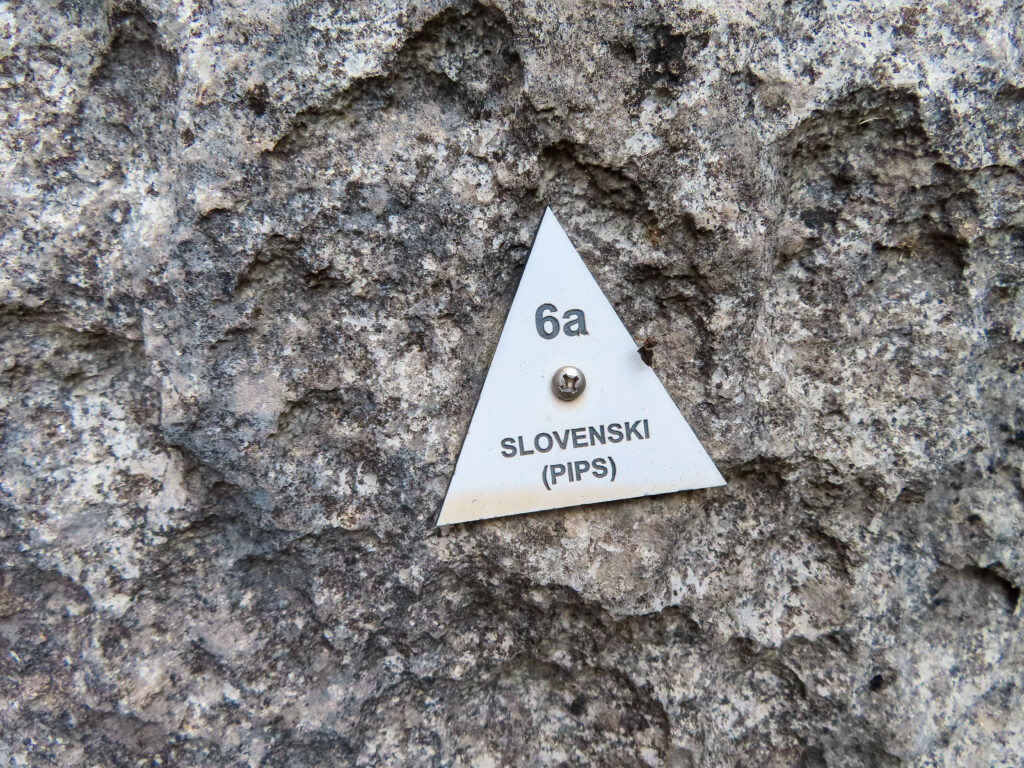 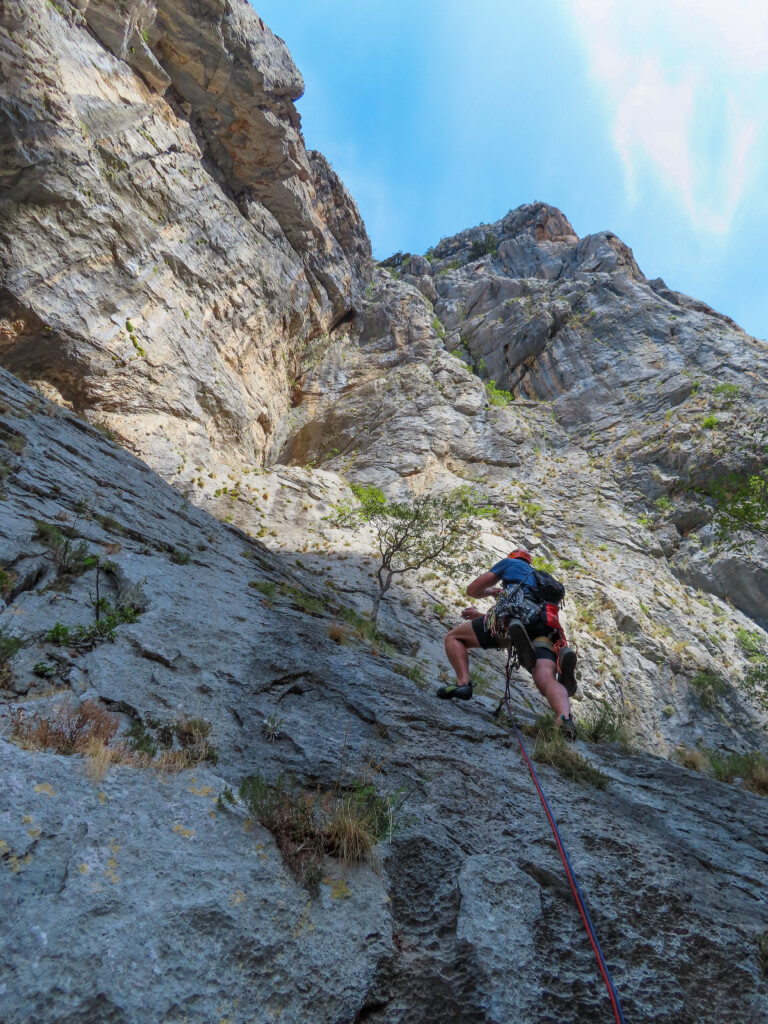 Starting up pitch 1 of Slovenski (PIPS). 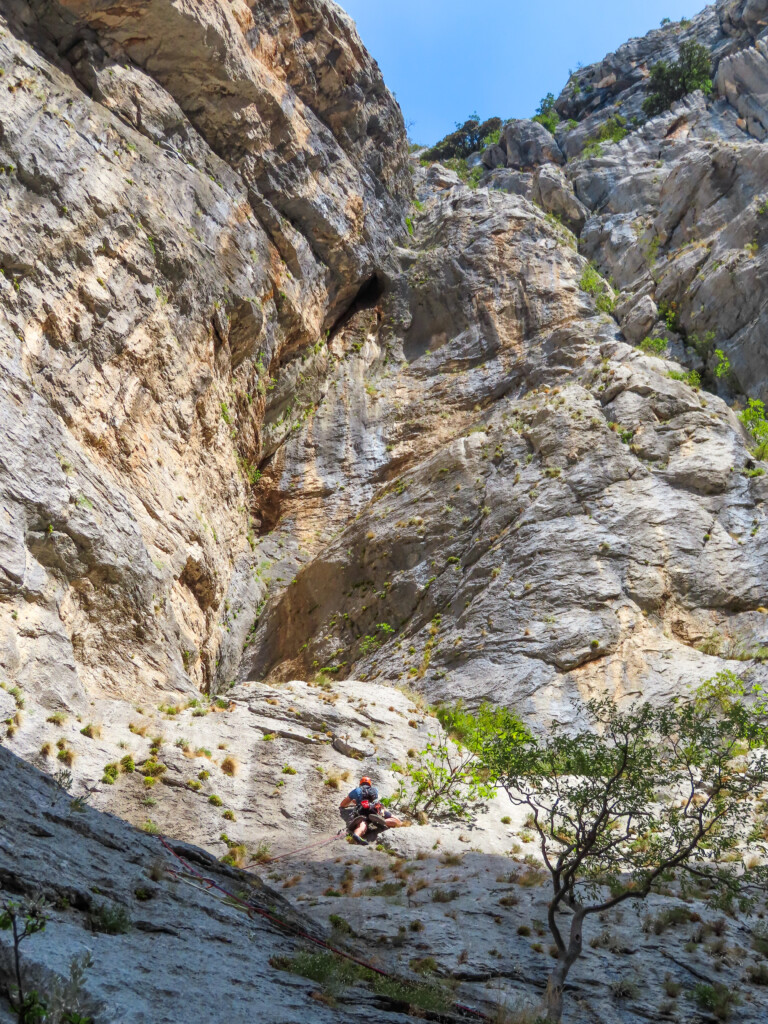 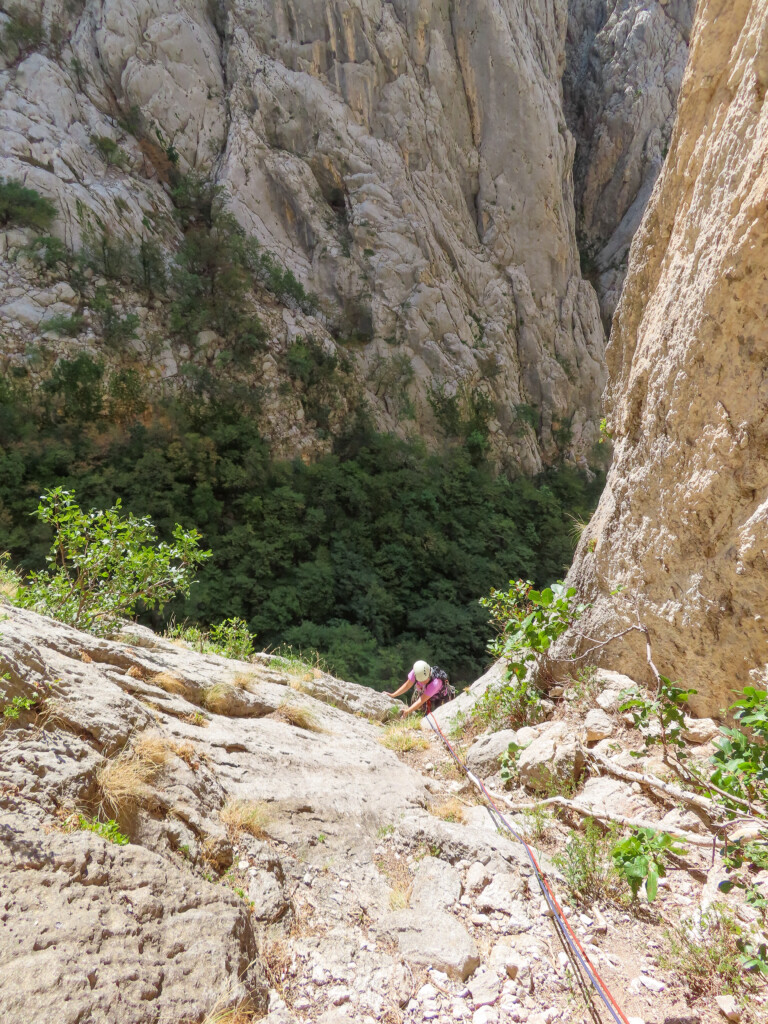 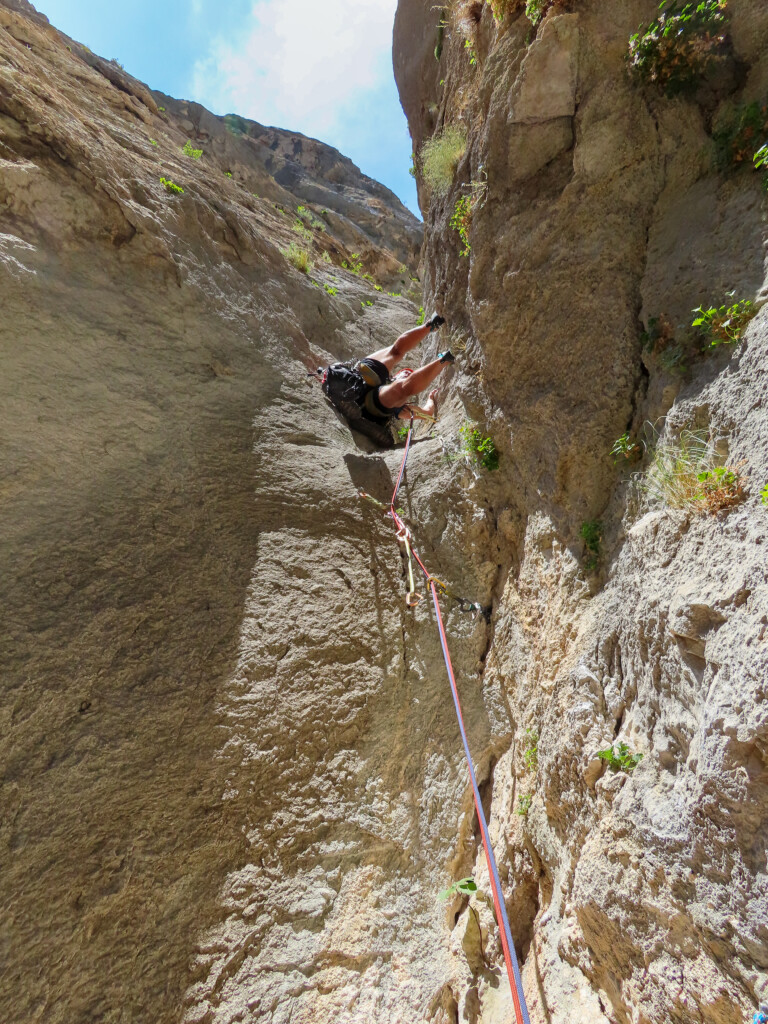 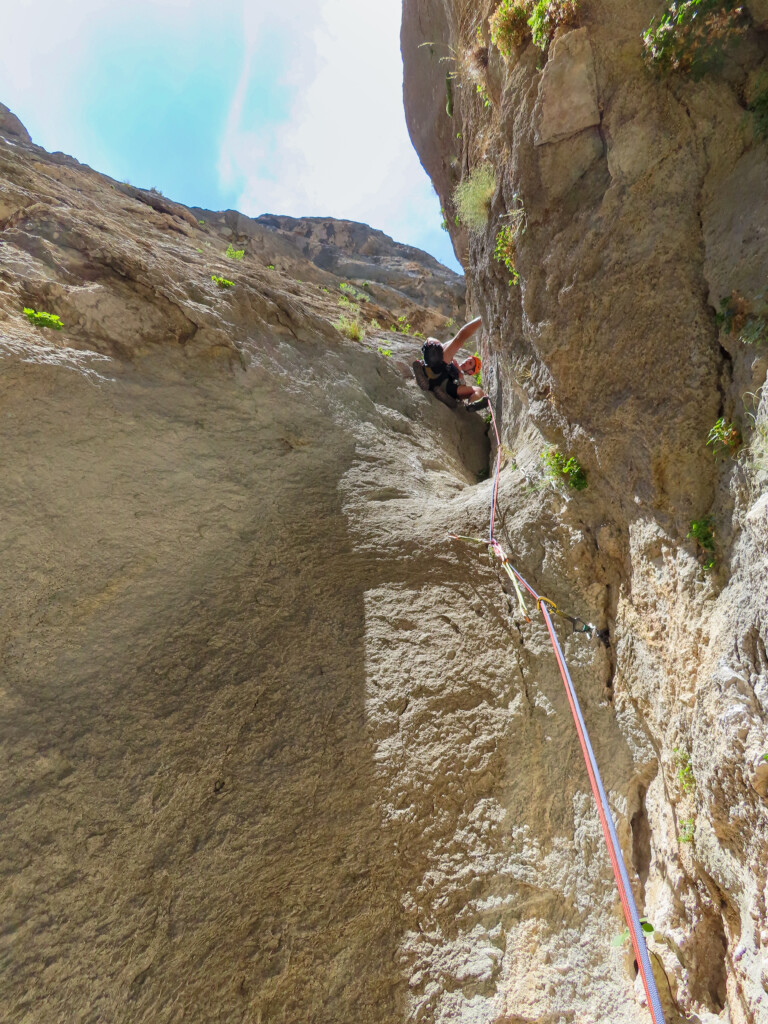 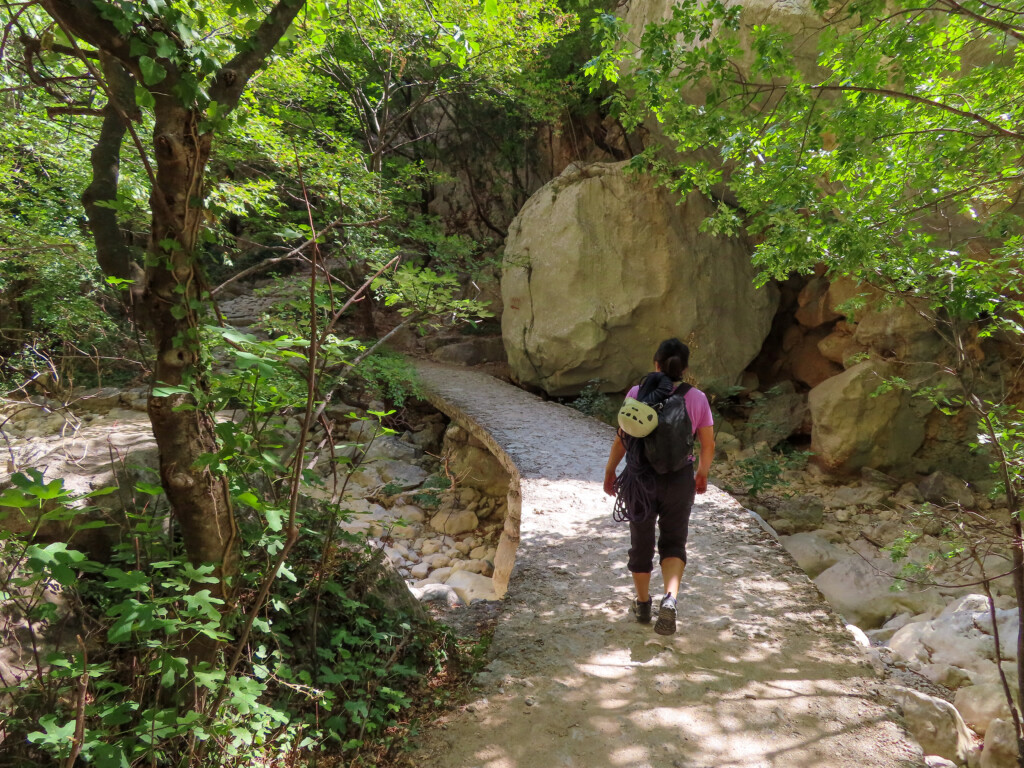 After bailing off Slovenski (PIPS), we went up to scout out the approach to Mosoraski (August 2022). 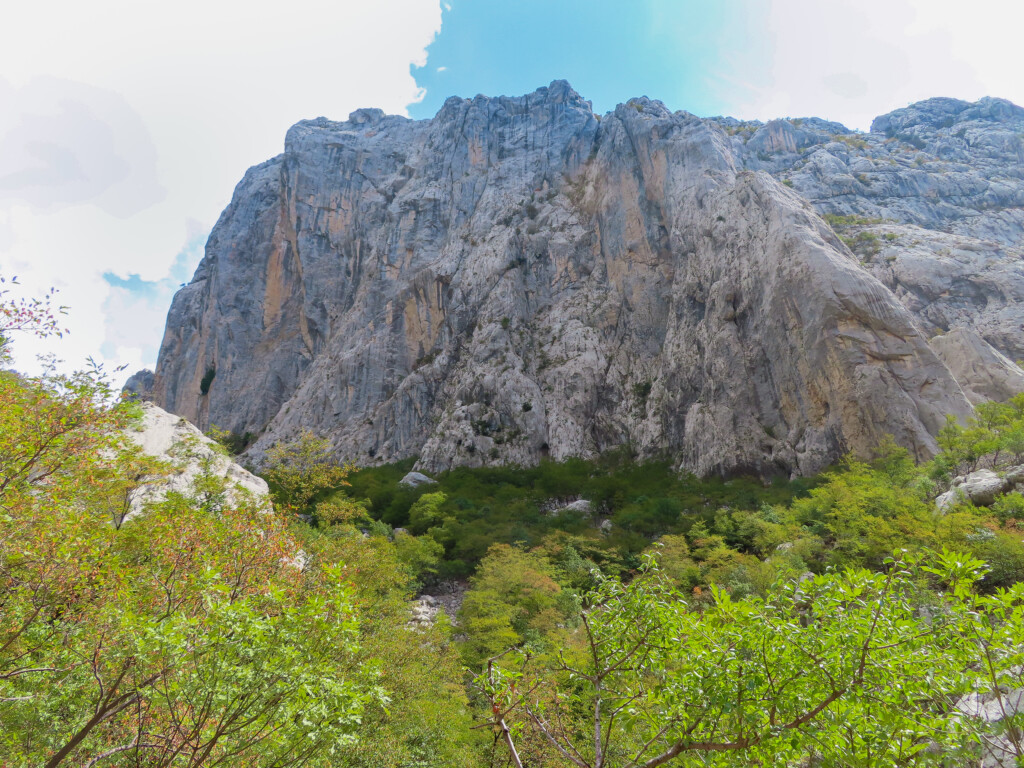 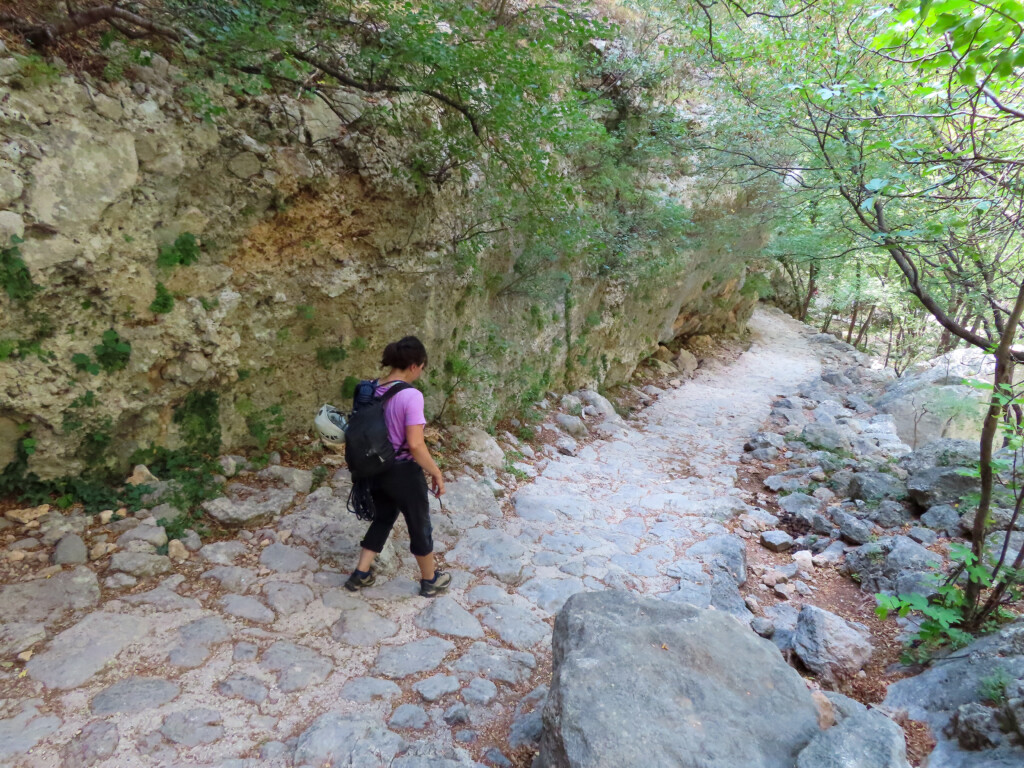 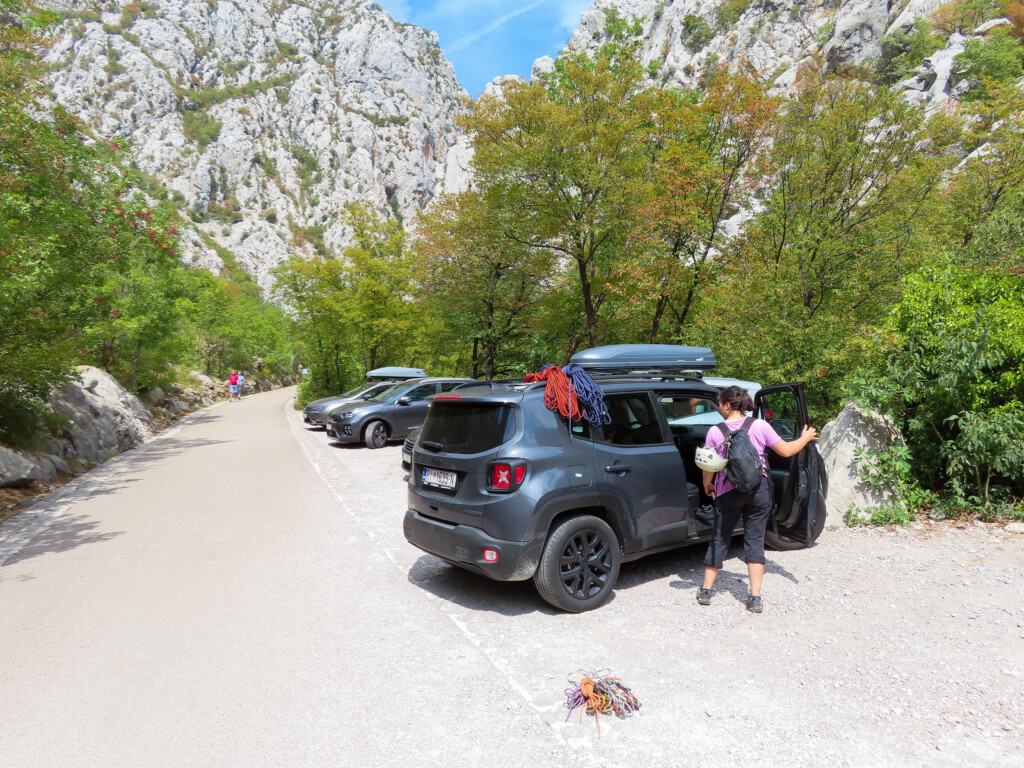 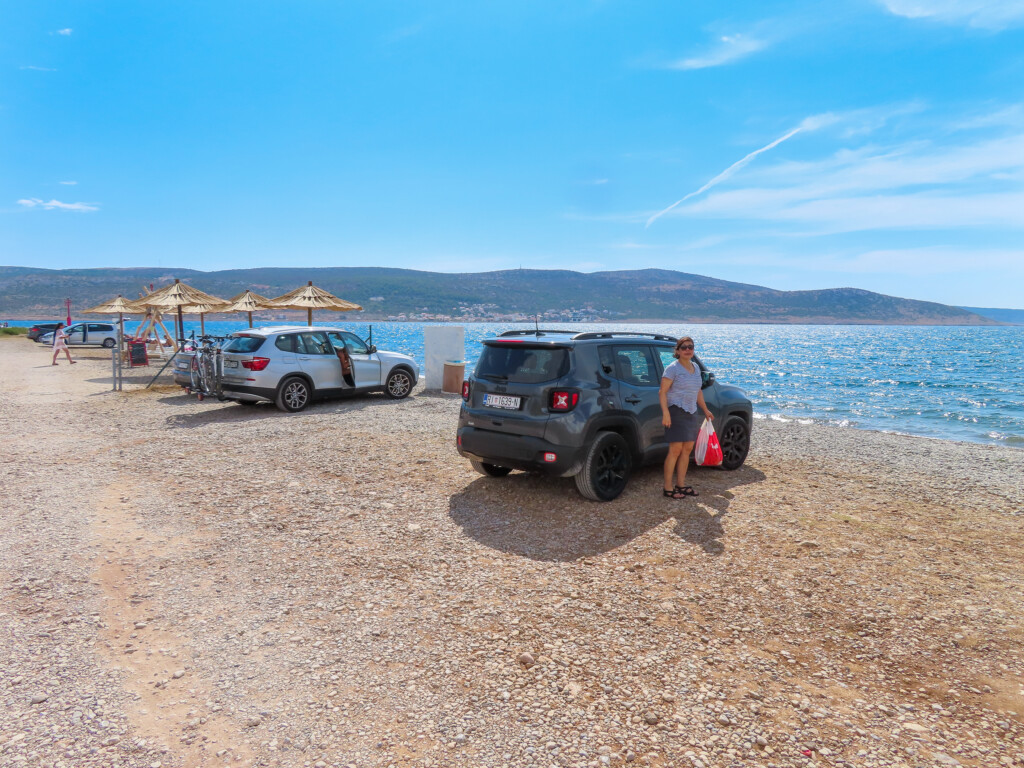 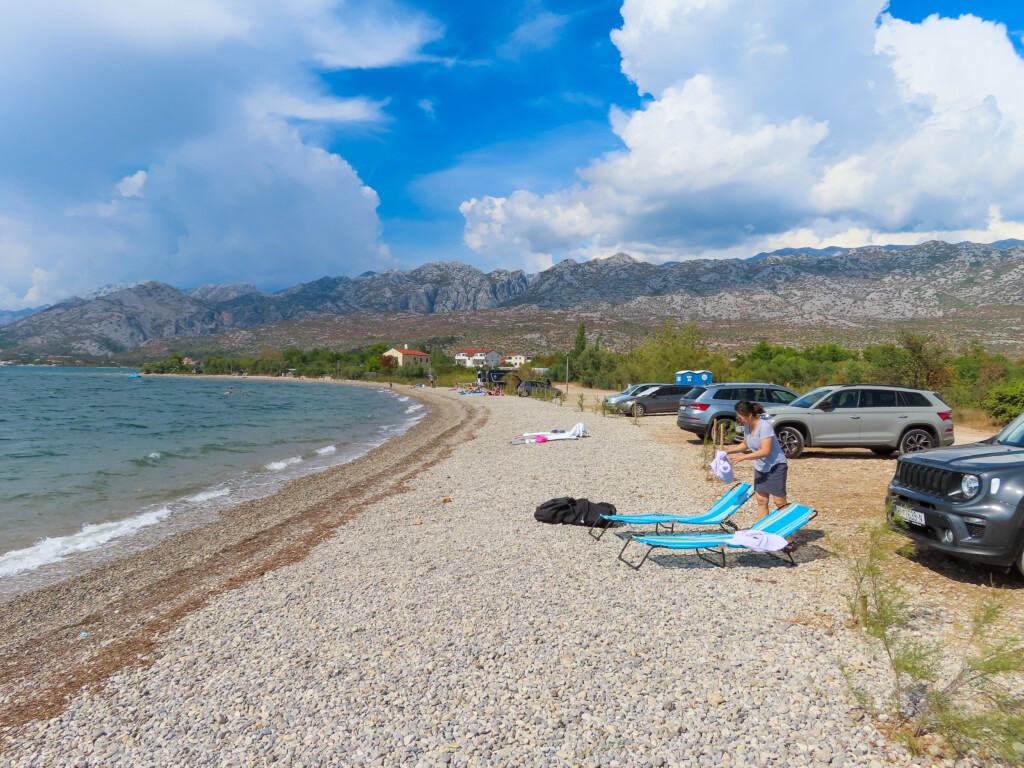 Paklenica is somewhere in the background (August 2022). 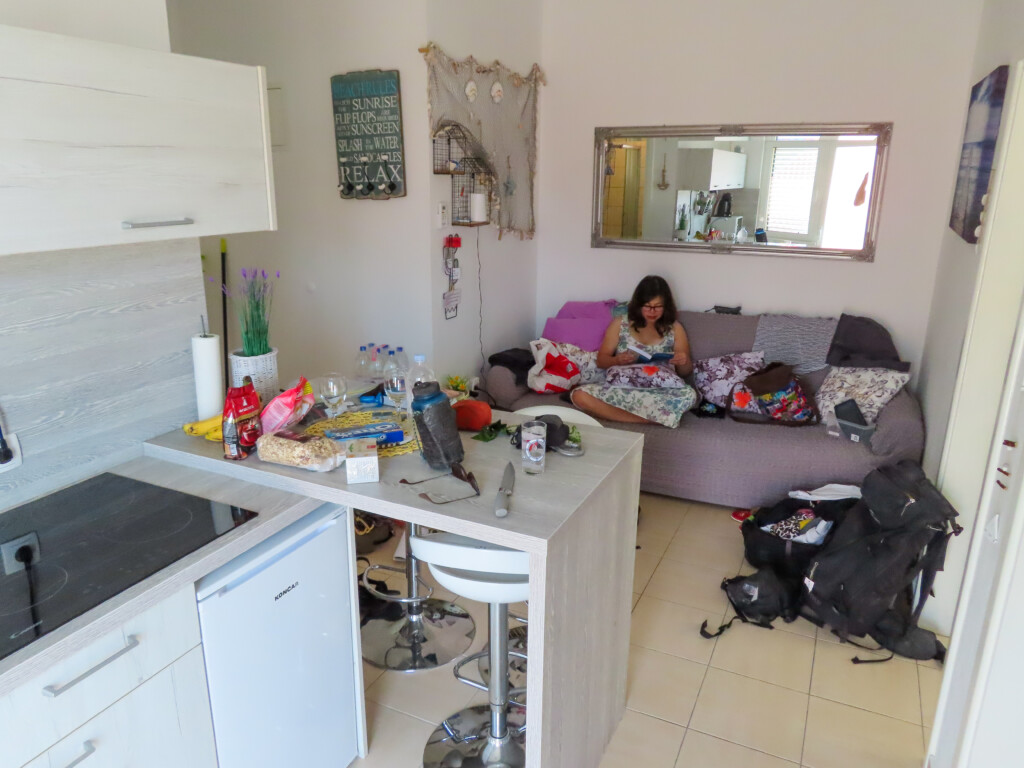 Our little apartment in Starigrand (or rather Seline); not far from Paklenica National Park.  Cozy but with good AC (August 2022). 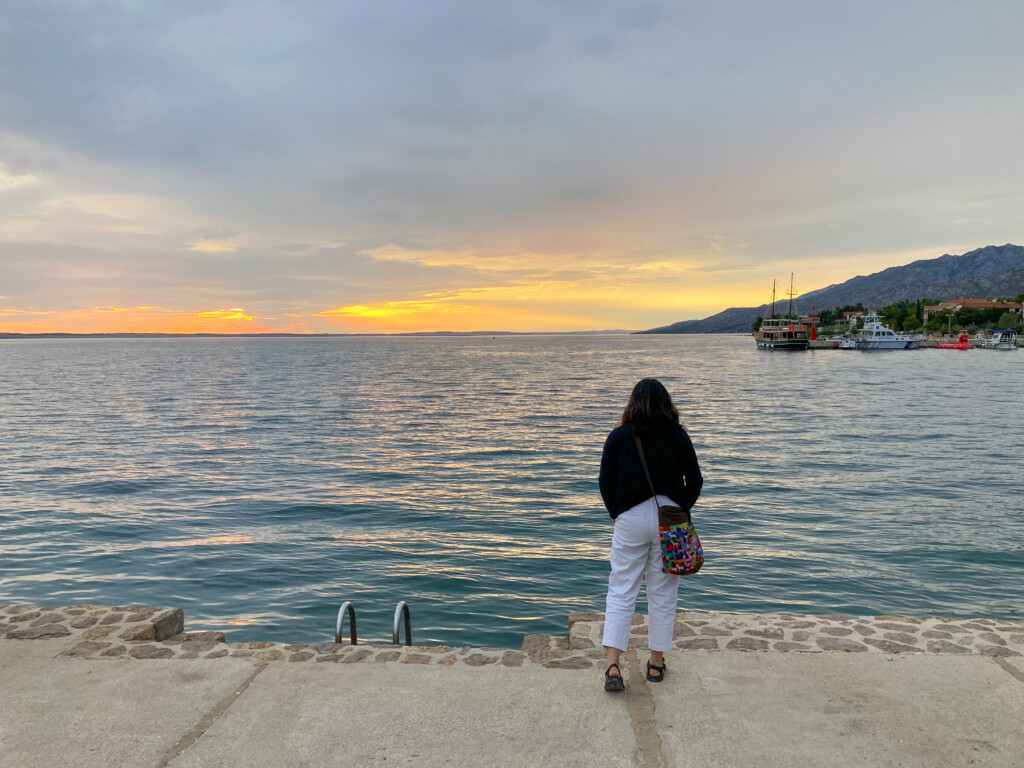 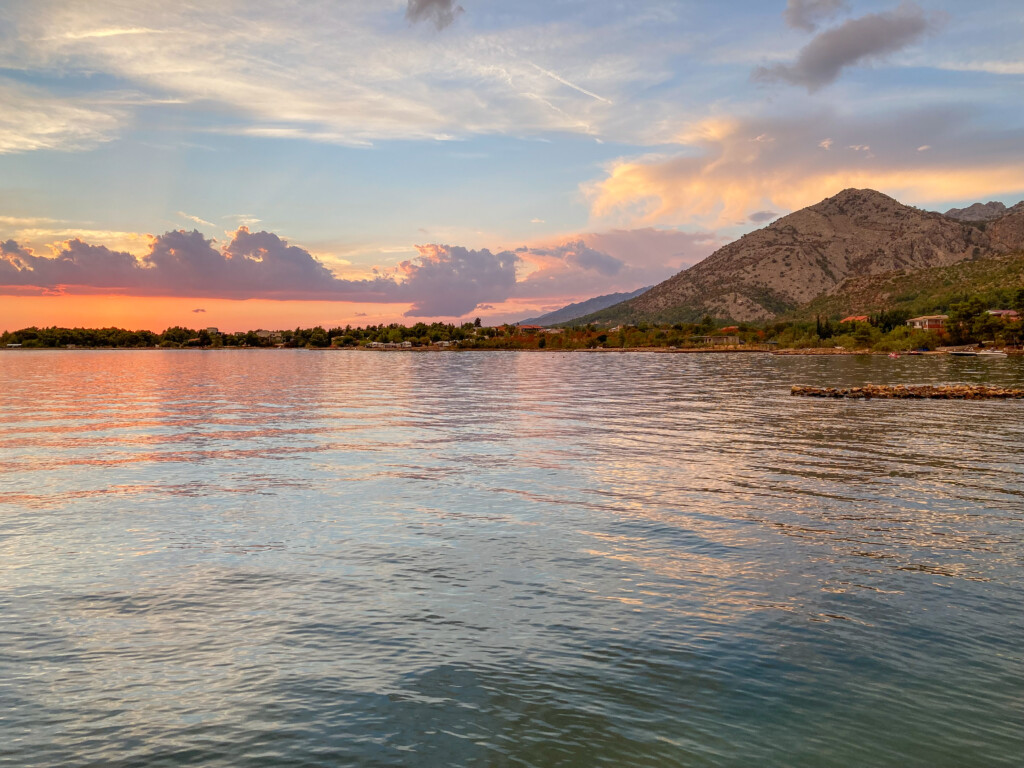 Go to Mosoraski.
Go back to Croatia Appetizer.