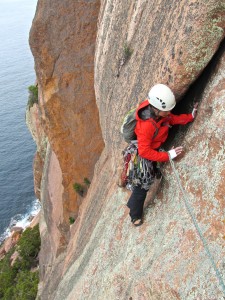 Went back to Freycinet Peninsula and climbed a 4-pitch line called Stud City (19) on the Hazards Wall in somewhat worrisome weather. Hard and slick pitch 3 with some poor gear right above the small-gear belay – bit stressful. Also, a lichen-covered slab traverse atop pitch 2 where Shirley’s foot blew and she went for a nice (clean) penji. Still, cool position above the crashing waves. 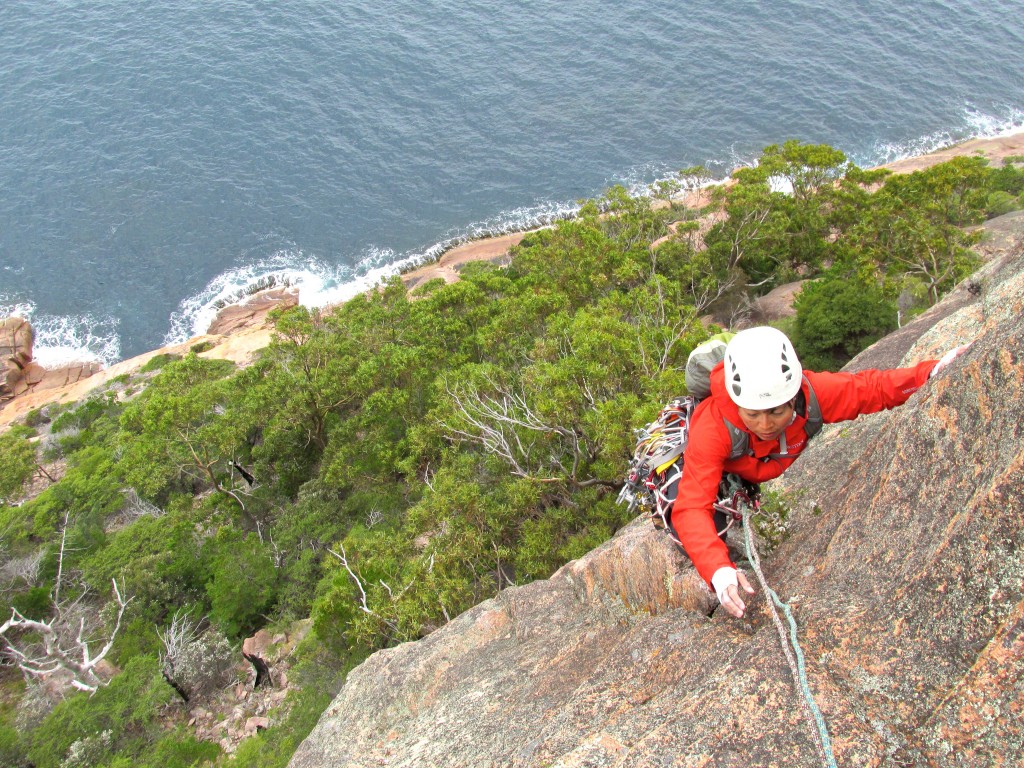 Shirley topping out on pitch one of Stud City at Freycinet National Park (Jan. 2015). 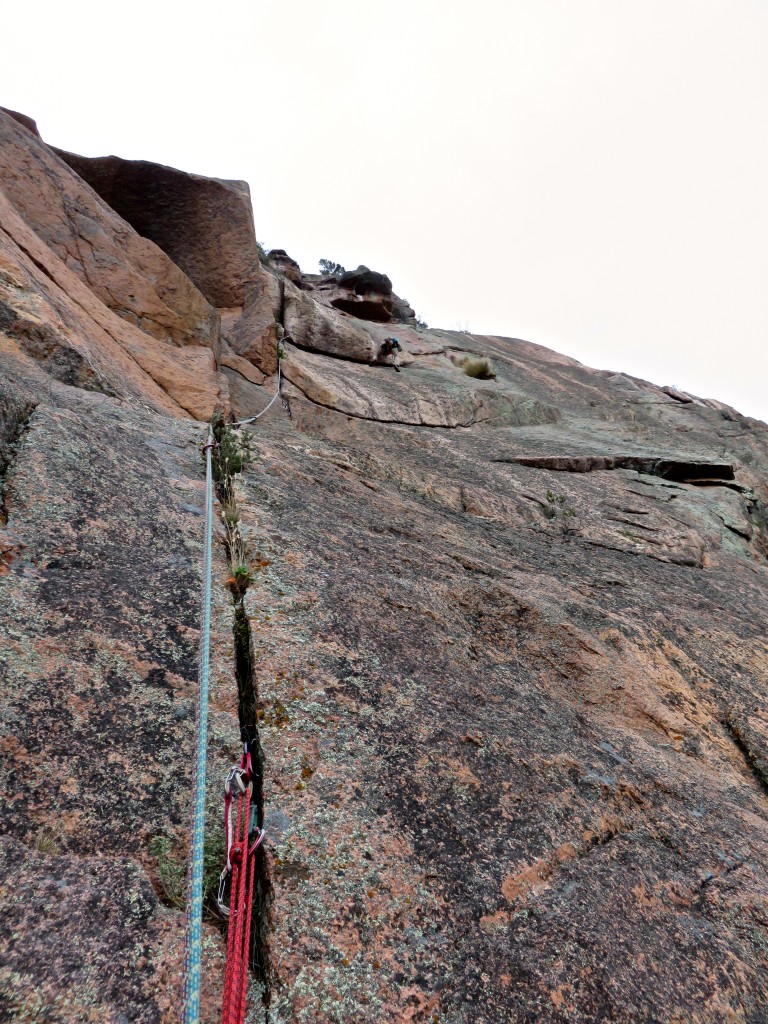 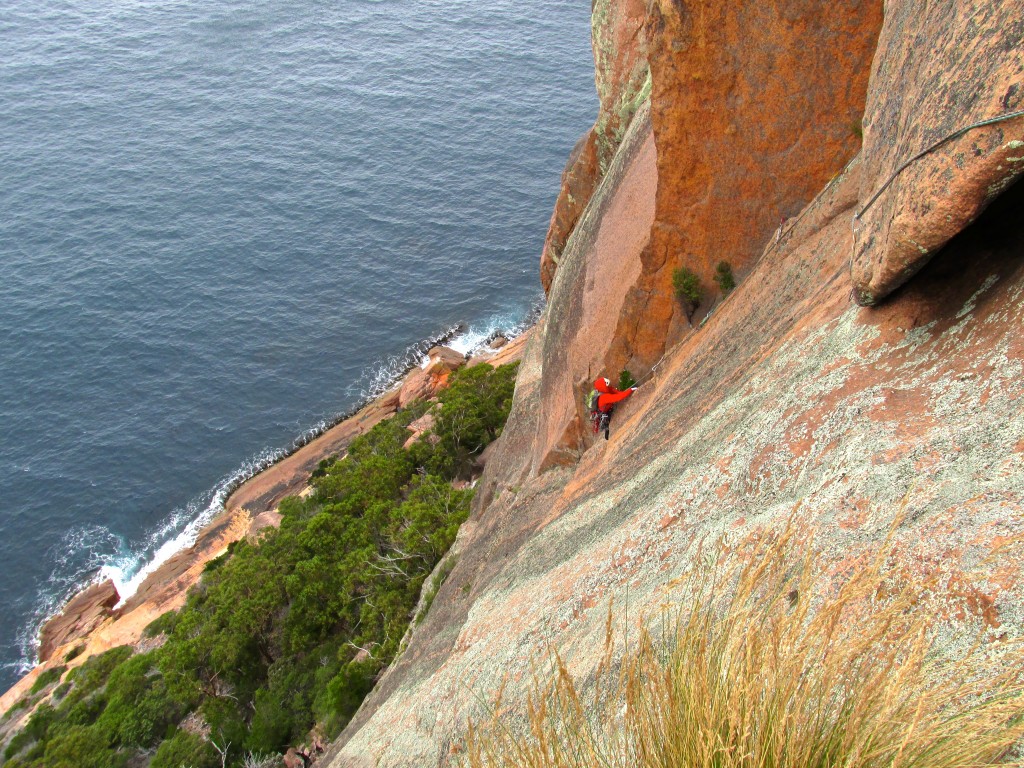 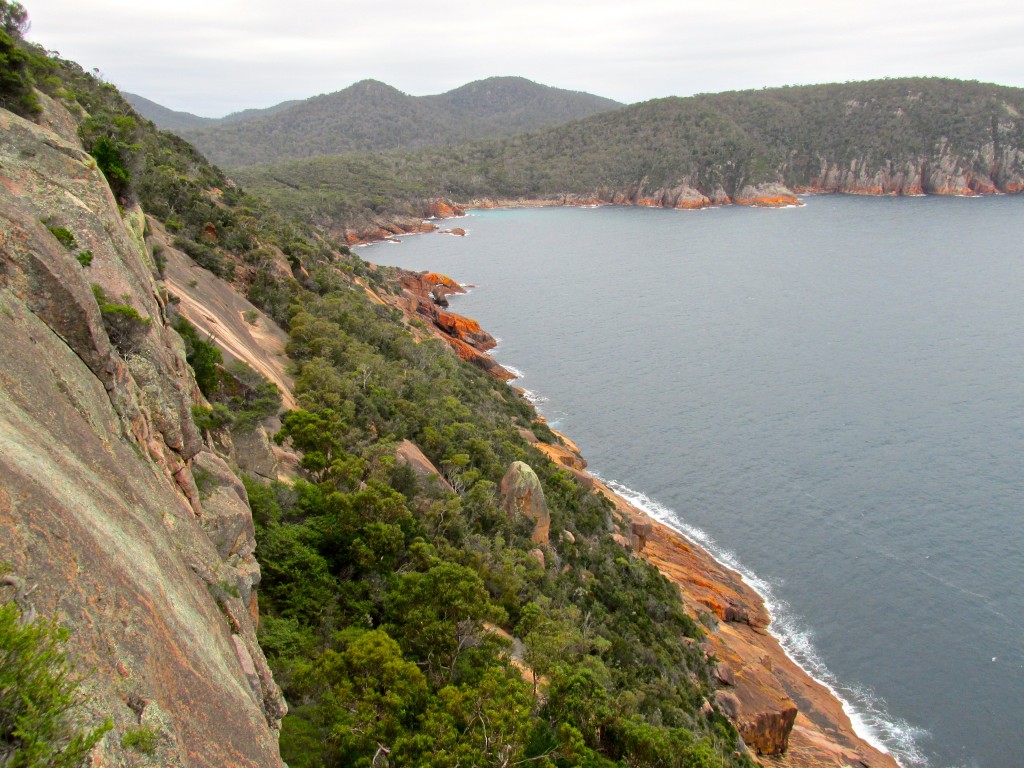 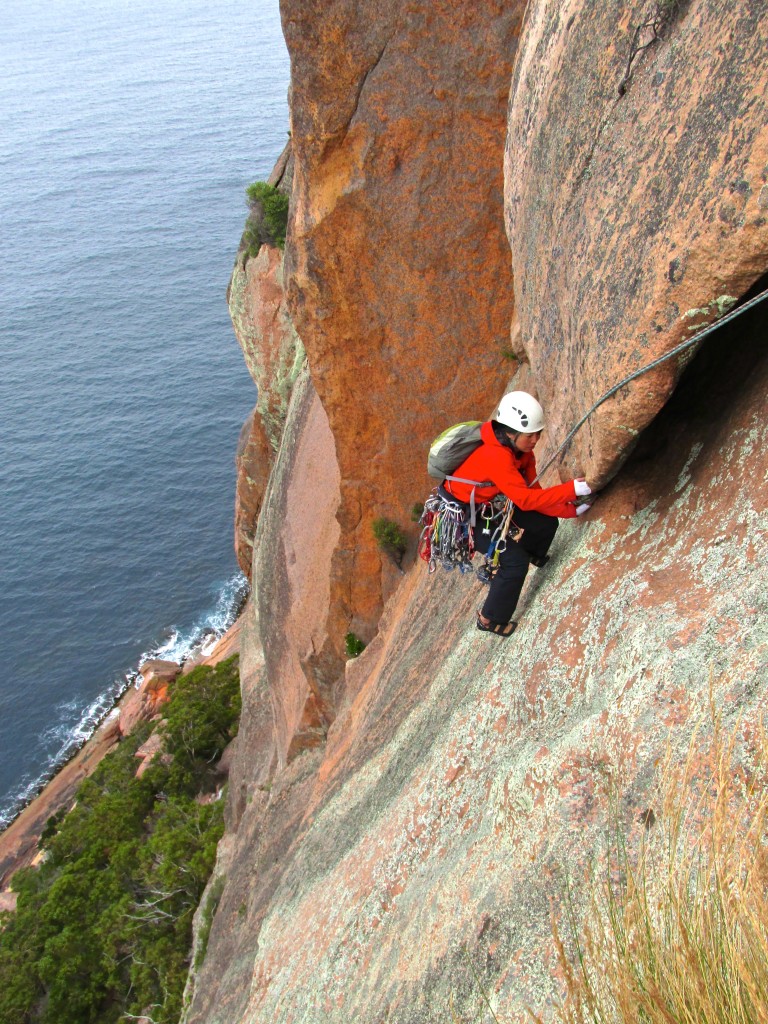 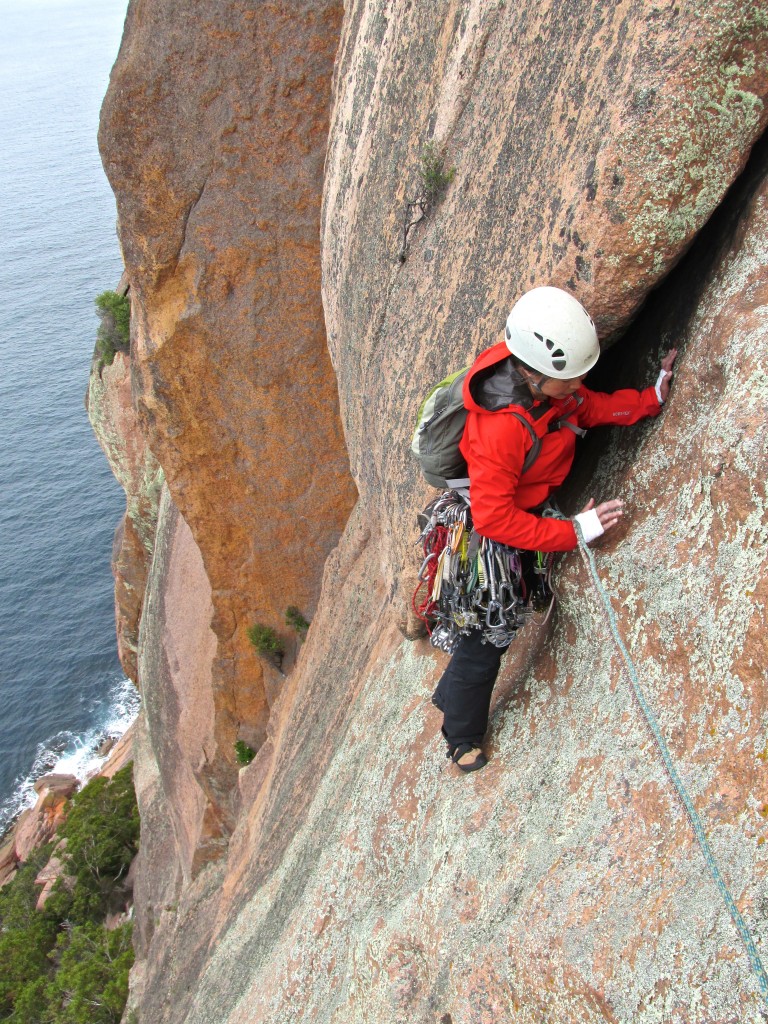 Shirley on the 3 meter lichen slab traverse…somebody’s foot is about to flow off (Jan. 2015). 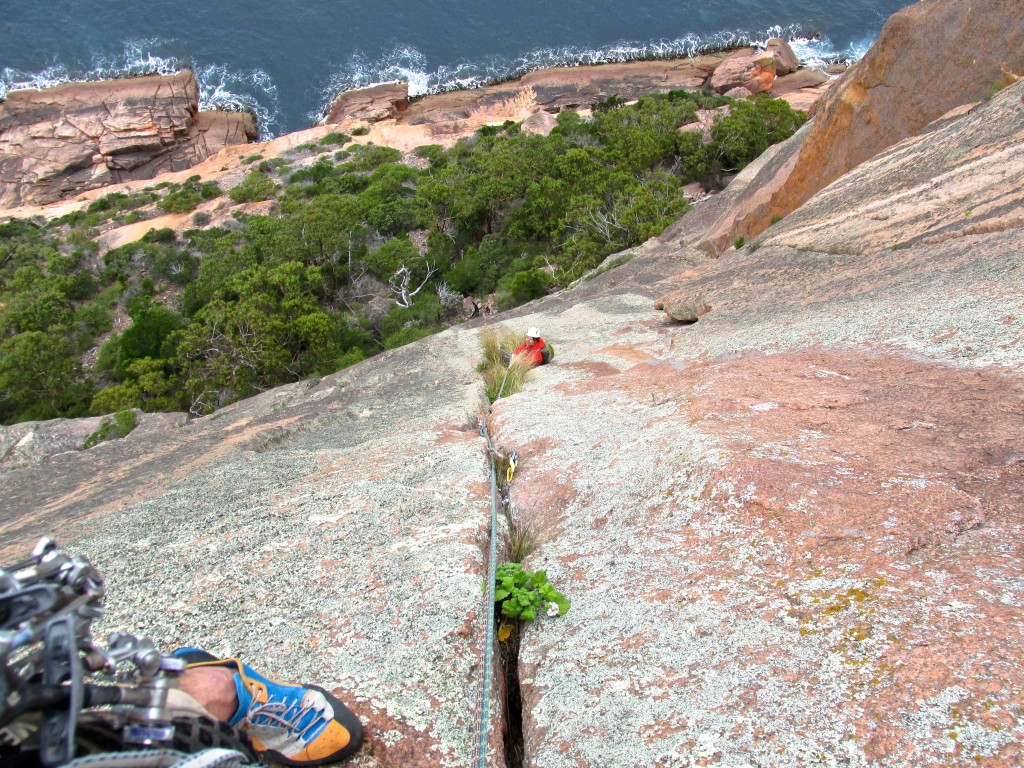 Looking back at Shirley from just above the crux of the route on the highly invigorating pitch 3 of Stud City. An OK gear anchor followed by slick and unprotectable water groove (harder than it looked from the belay). 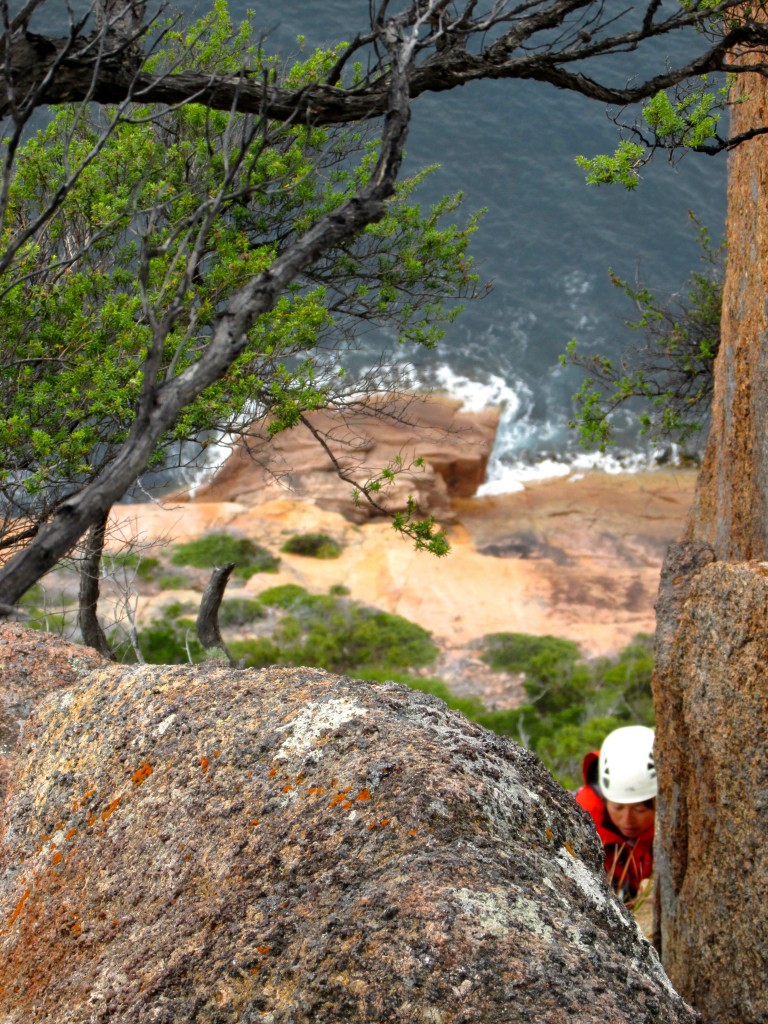 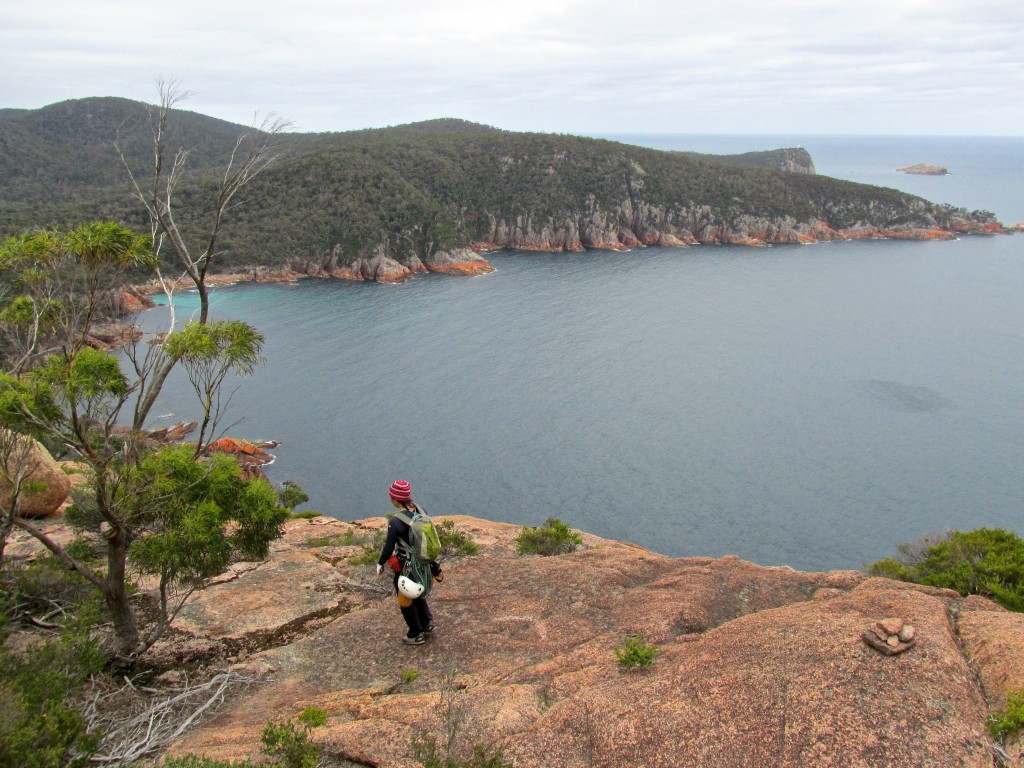 Hiking off the Hazards Wall at Freycinet Peninsula (Jan. 2015). 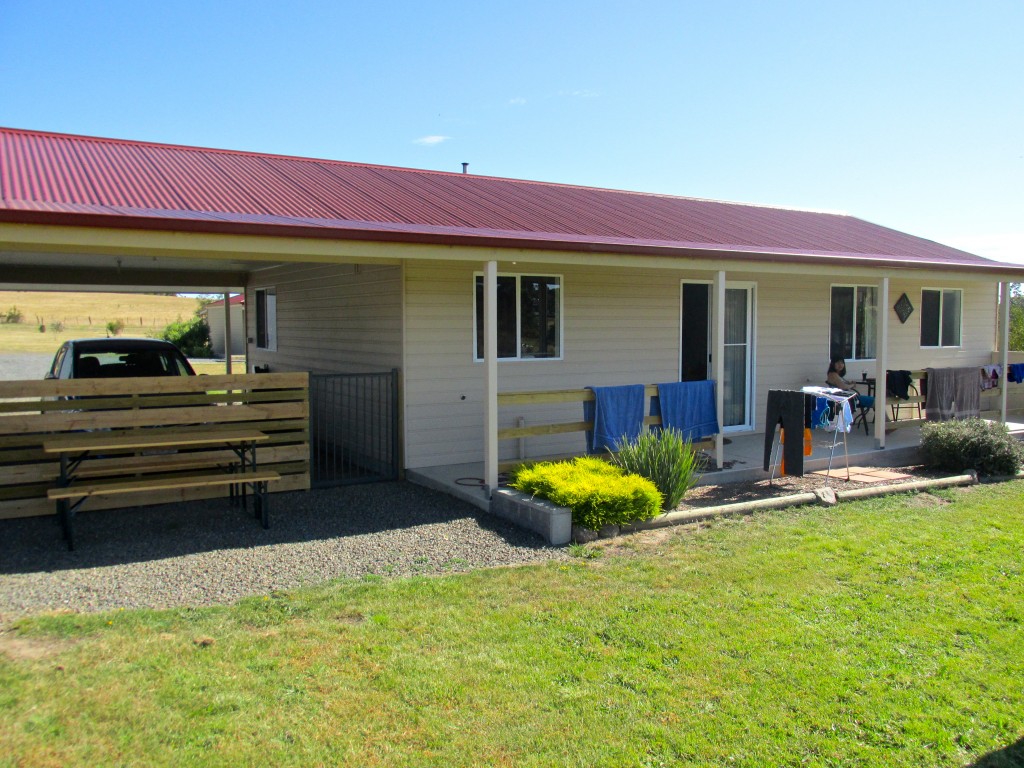 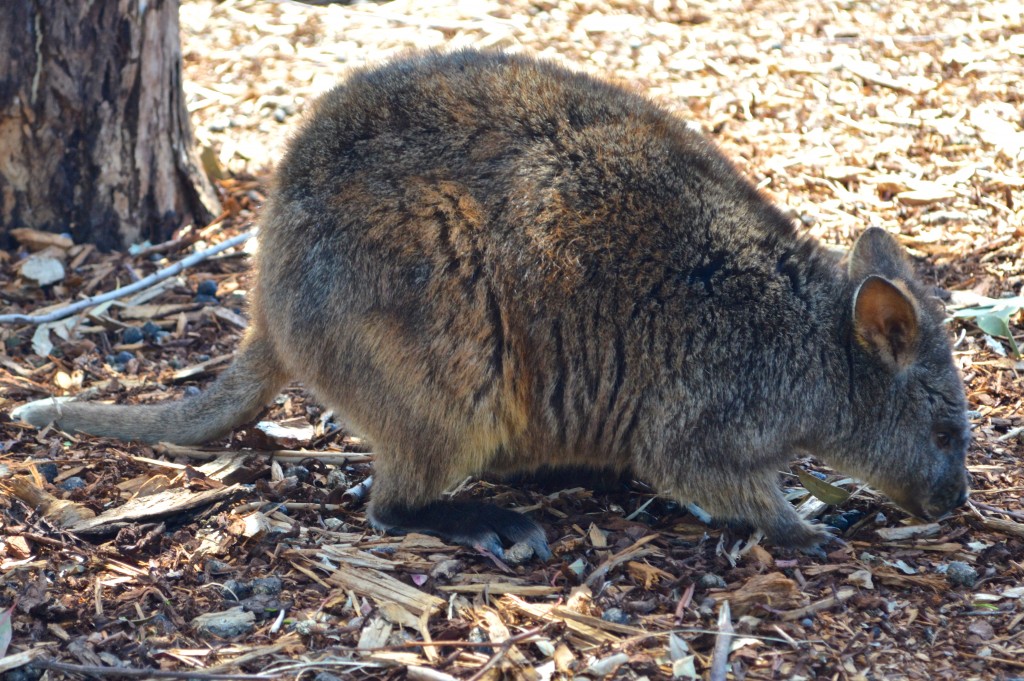 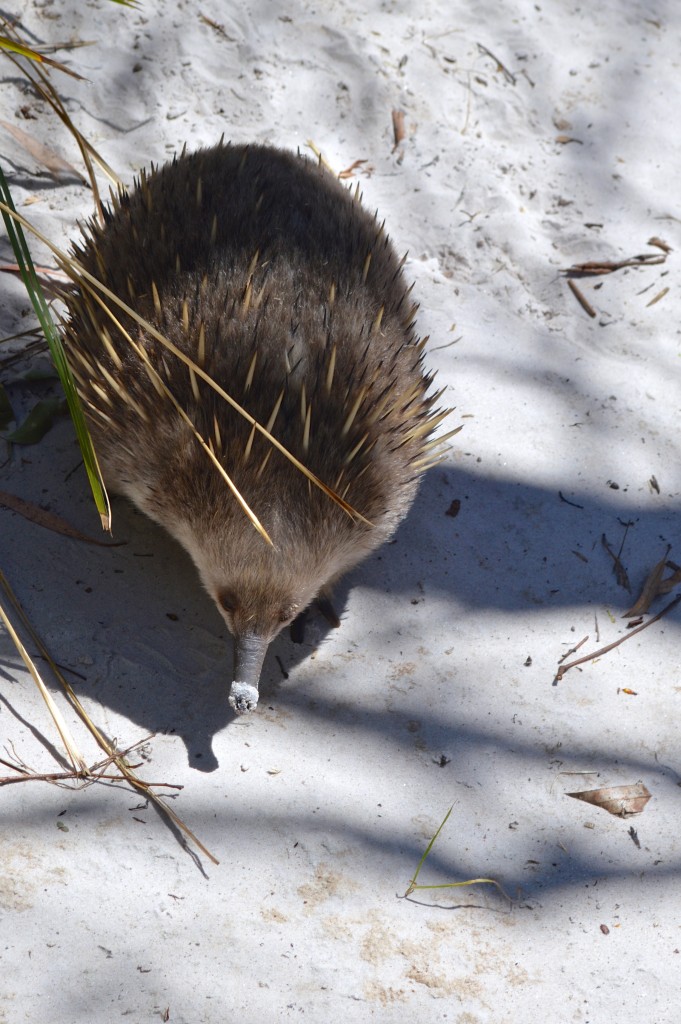 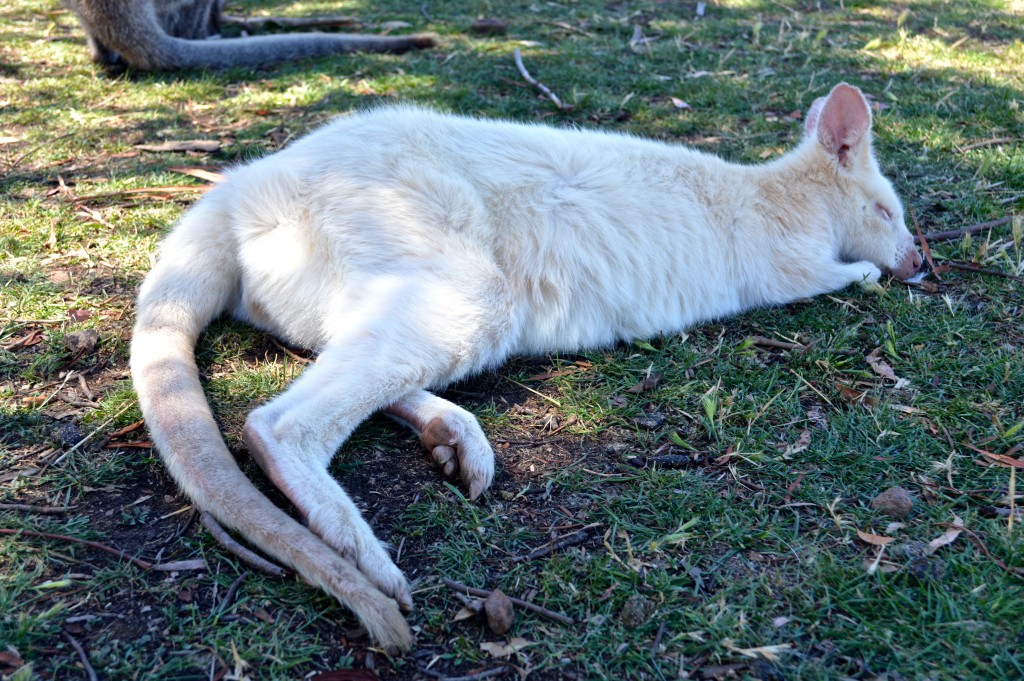 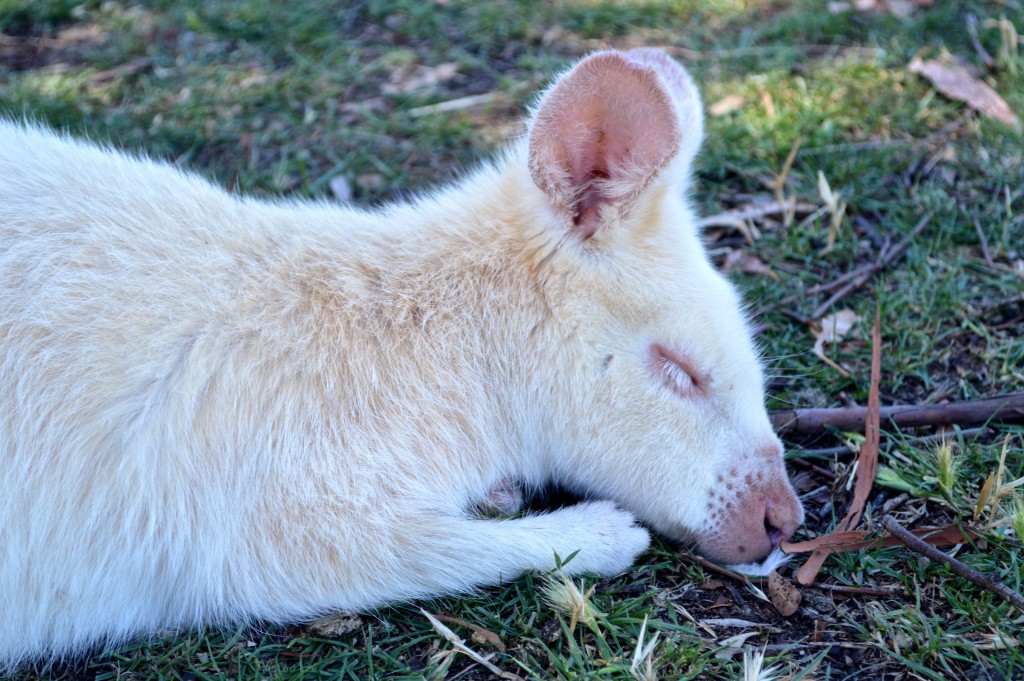 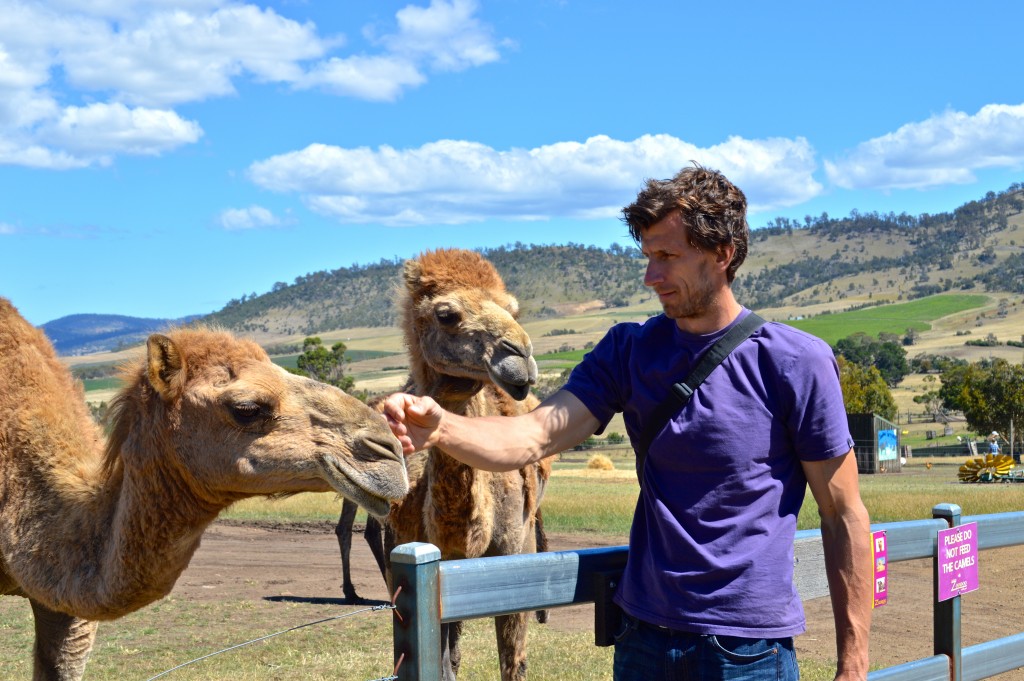 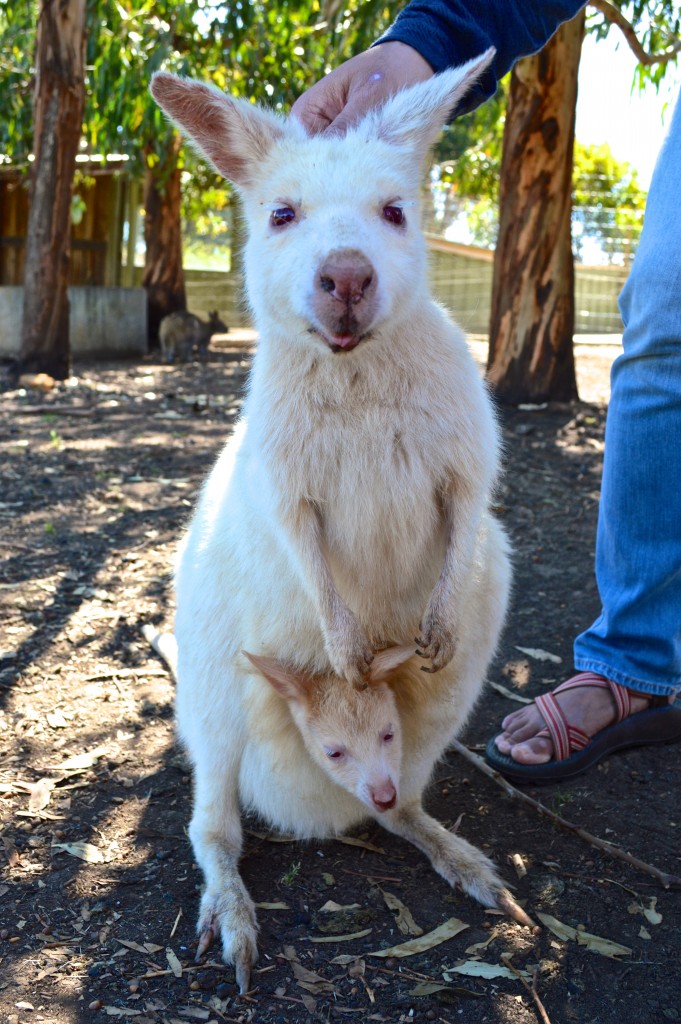 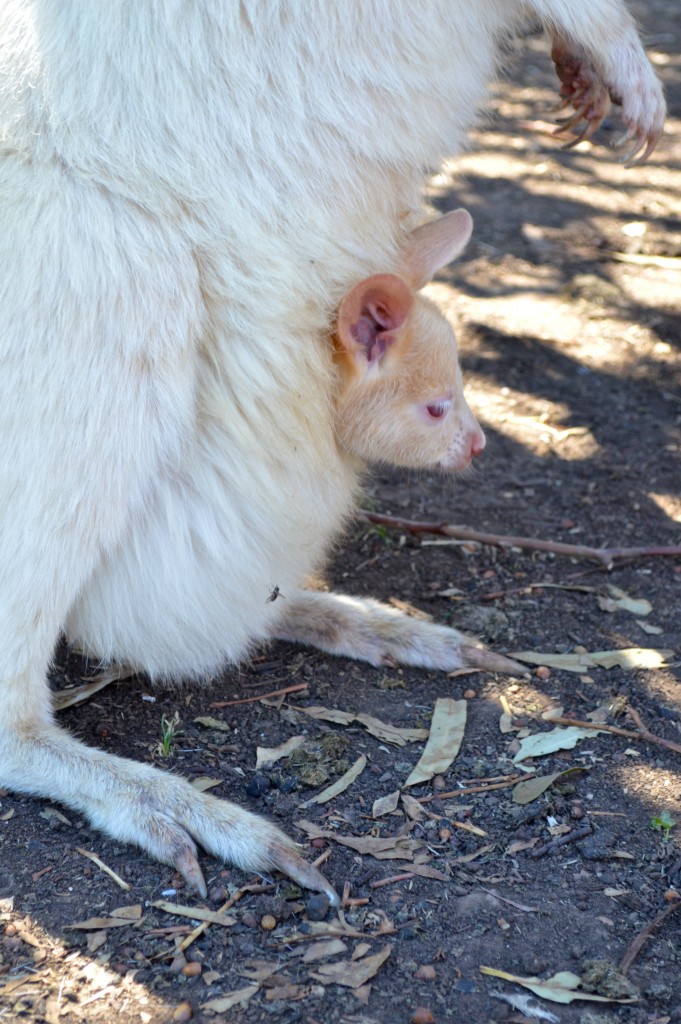 Go to Cape Raoul.
Go back to Tasmania.