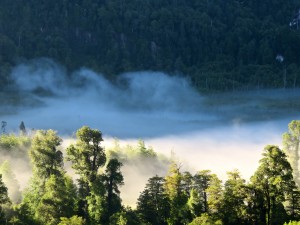 We woke up to sunny skies the following morning and so we grabbed the gear and hiked up ~20 minutes to the base of Apnea route, a 2-pitch, 5.10b. This is probably the closest, shortest, easiest multi-pitch in Cochamo. The route looks and climbs like something snatched out of Squamish. The climbing was very good and we were back at our tent well before lunch. 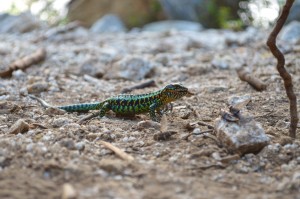 We repacked this time including bivy sacks and food sufficient for about 3 or 4 days and headed for Valle Trinidad. Our goal was to climb the 5.10+ EZ Does It route on Cerro Trinidad the following day and probably stick around the high camp for another route or two. With heavy packs and little desire to rush (“if we get there too early, we’ll eat all of our food out of boredom”), the hike up took us a bit more than the advertised 2 hours. The bivy sites are literally at the base of the wall and there’s a pit toilet nearby. We were camped out at the start of the Bienvenidos a mi Insomnio route. I think we both had the same thought before either one of us voiced it: why scramble halfway up the mountain via some shitty gully to reach the climbing (EZ Does It) when we can start climbing straight out of our bivy sacks (Bienvenidos a mi Insomnio). Once the plan was laid out, we spent the rest of the evening on religious rituals consisting of feeding a resident lizard god in our camp copious quantities of freshly killed tabanos…all in hopes of securing a good passage on our route the following day. 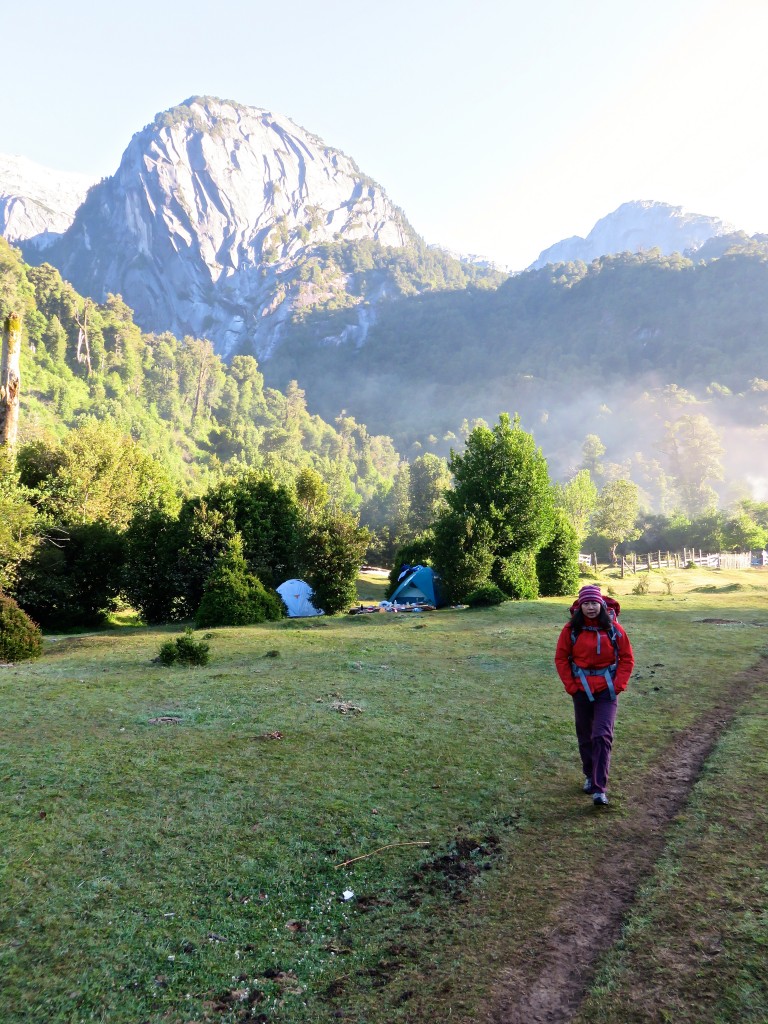 Hiking through the camp with Cerro La Junta in the background (Jan. 2015). 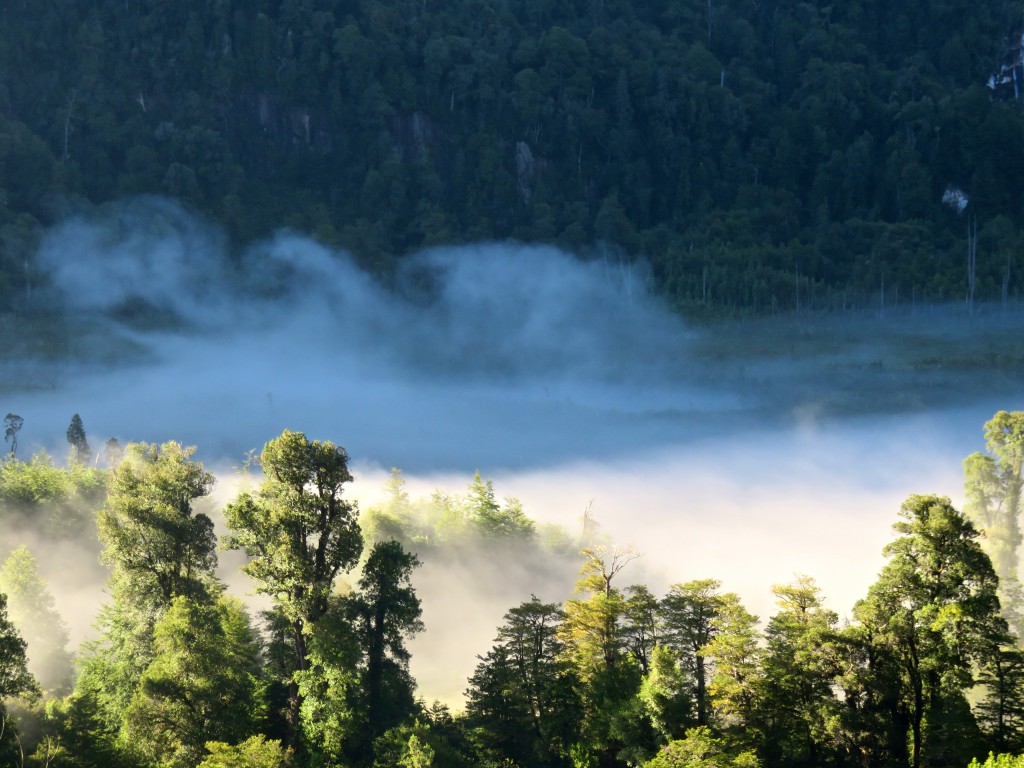 Valle Cochamo as seen from the base of Apnea route…morning fog rolling through (Jan. 2015). 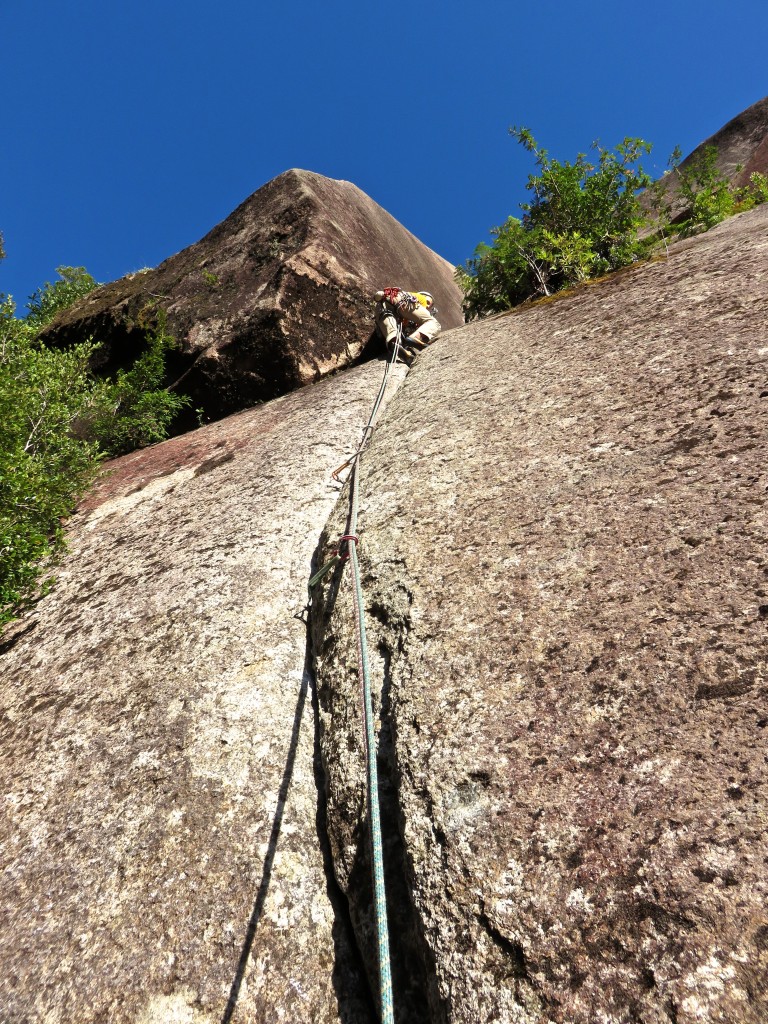 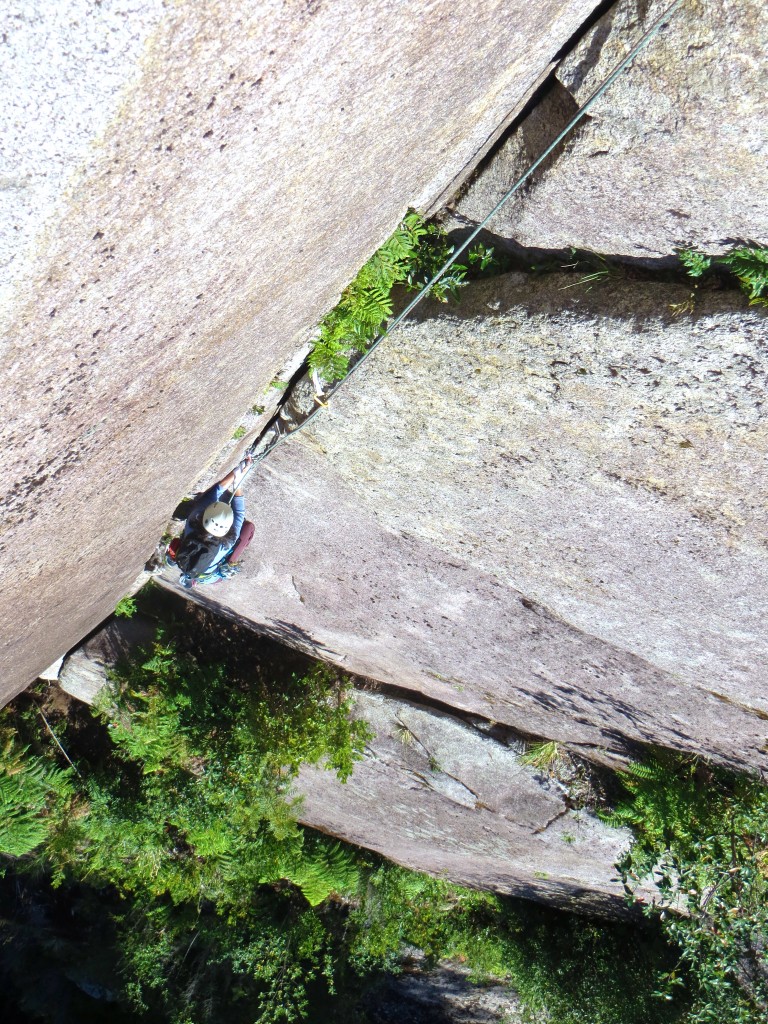 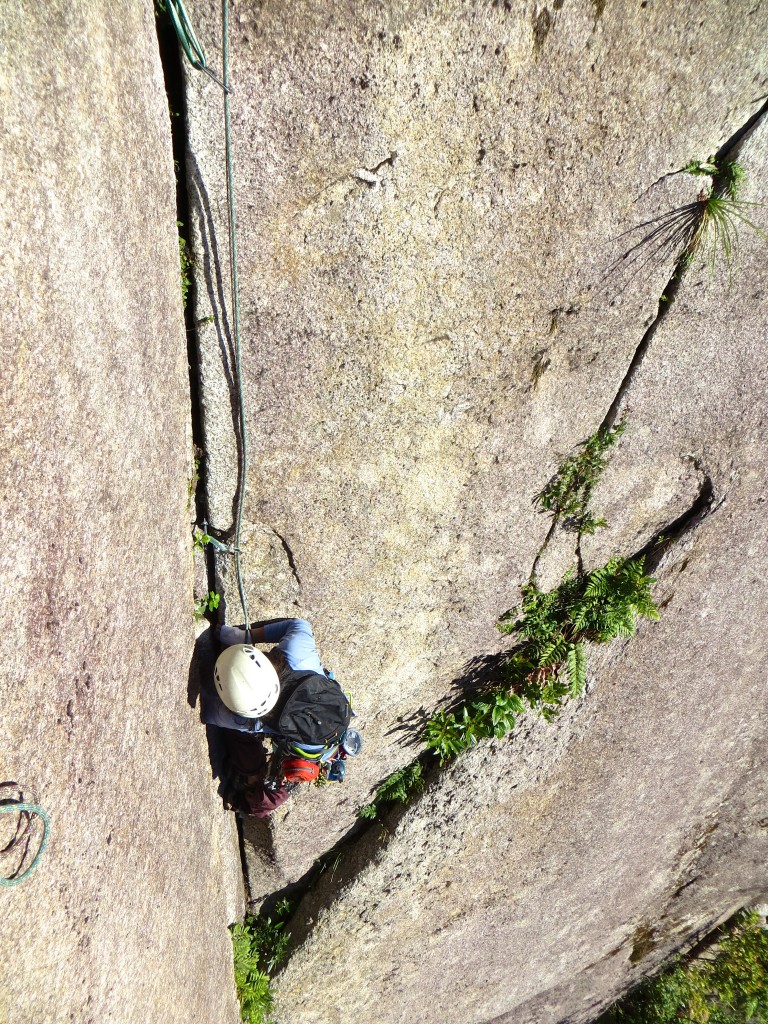 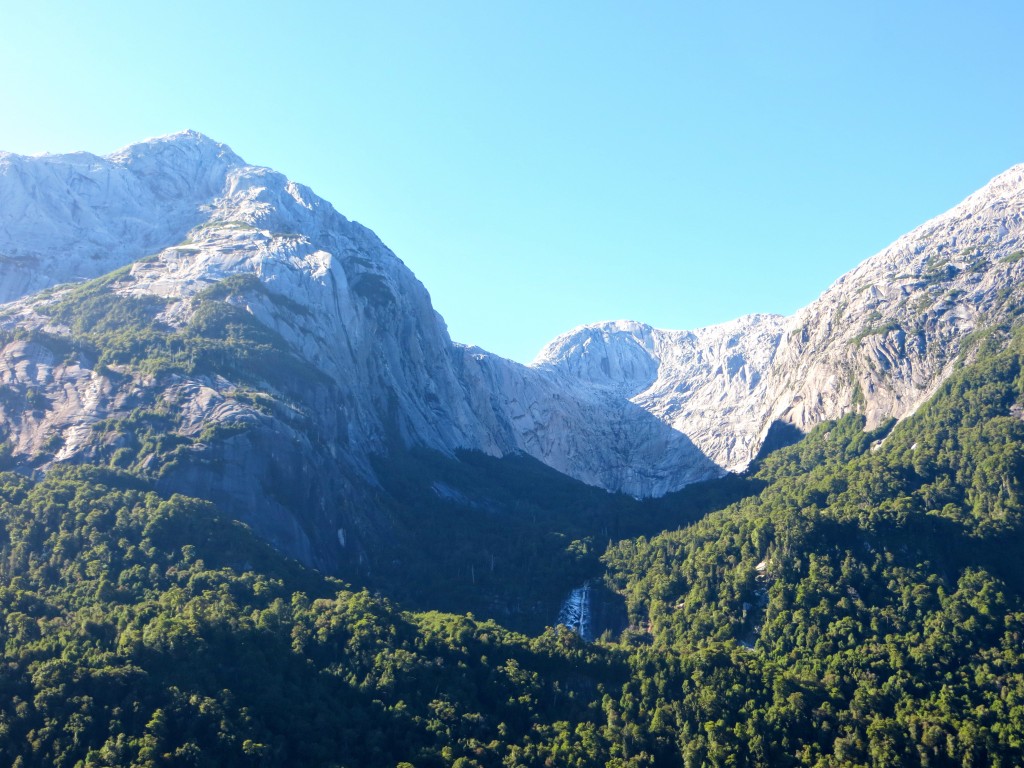 Looking up into the Anfiteatro from Apnea…waterfall spray is frozen (Jan. 2015). 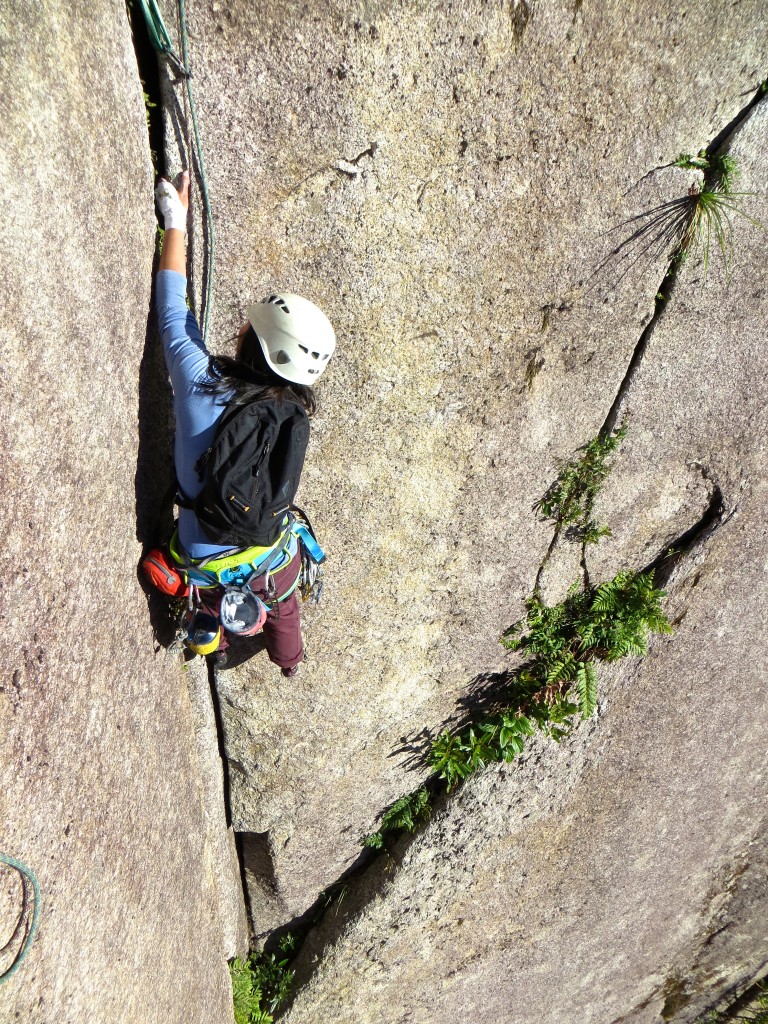 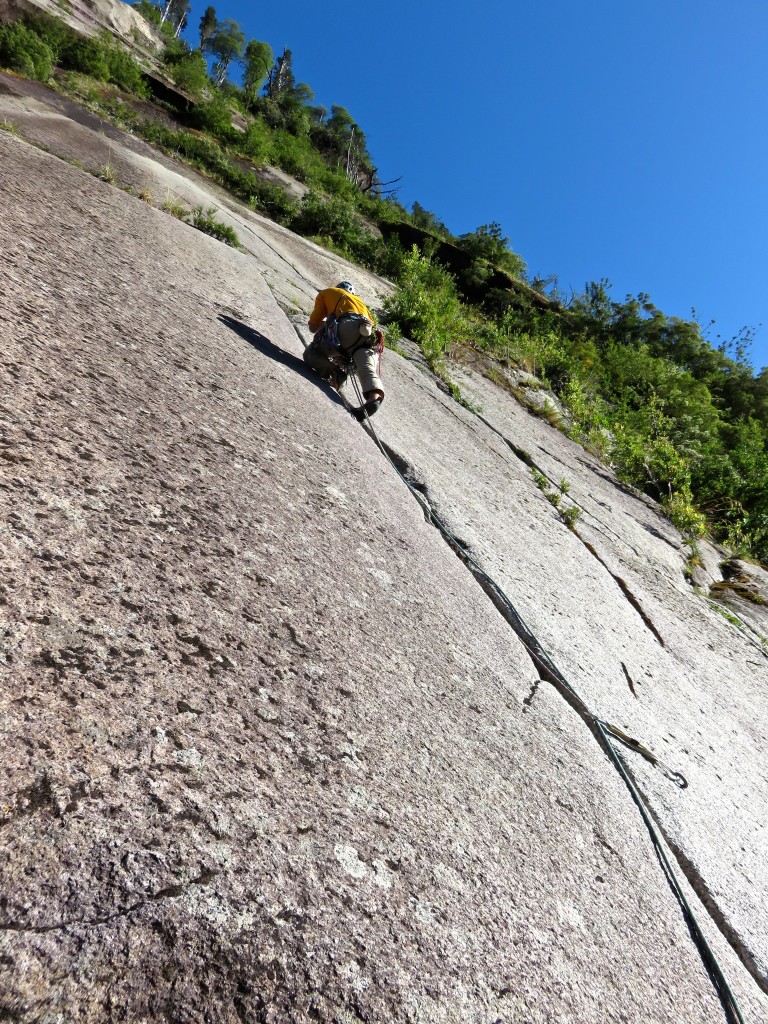 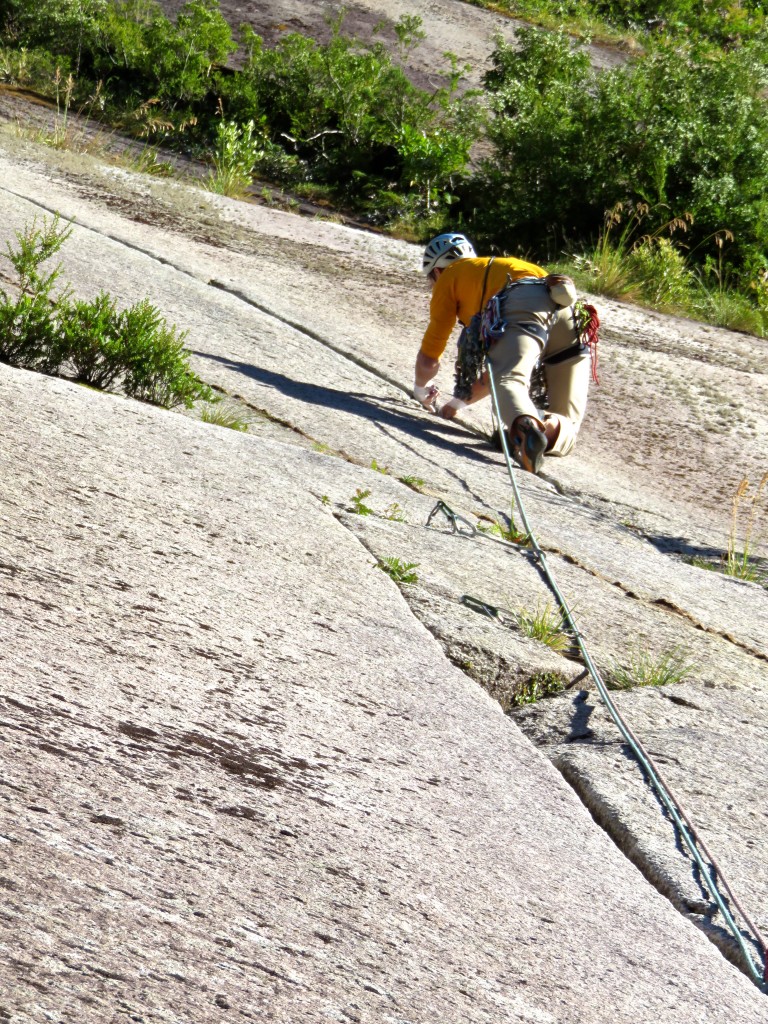 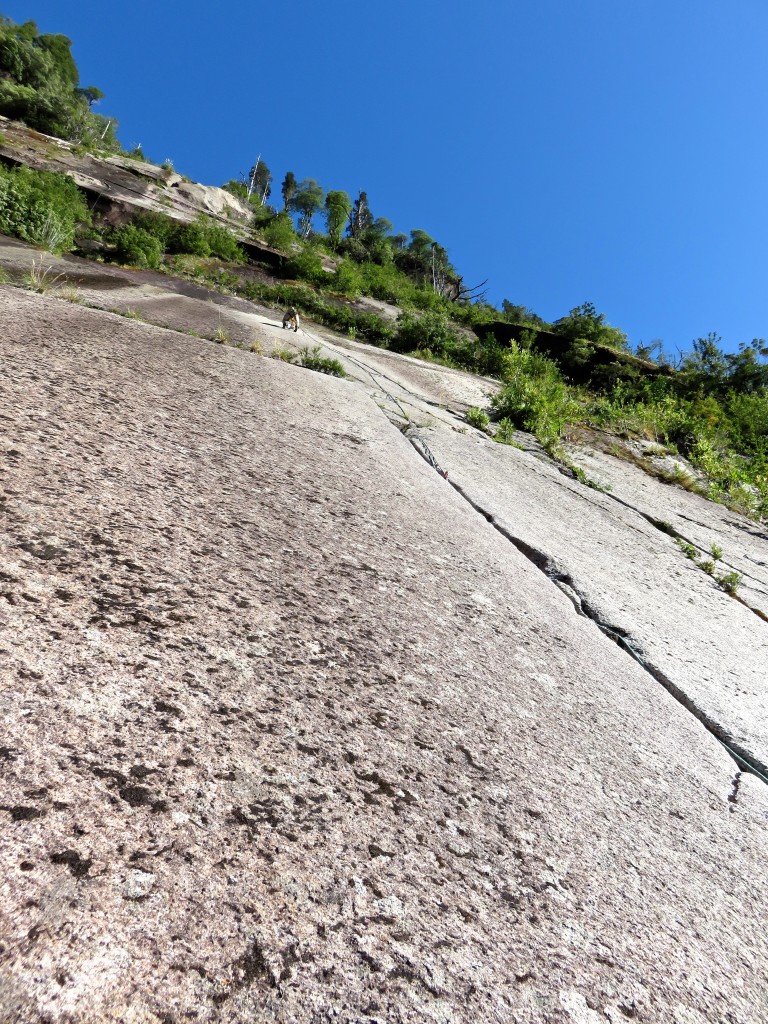 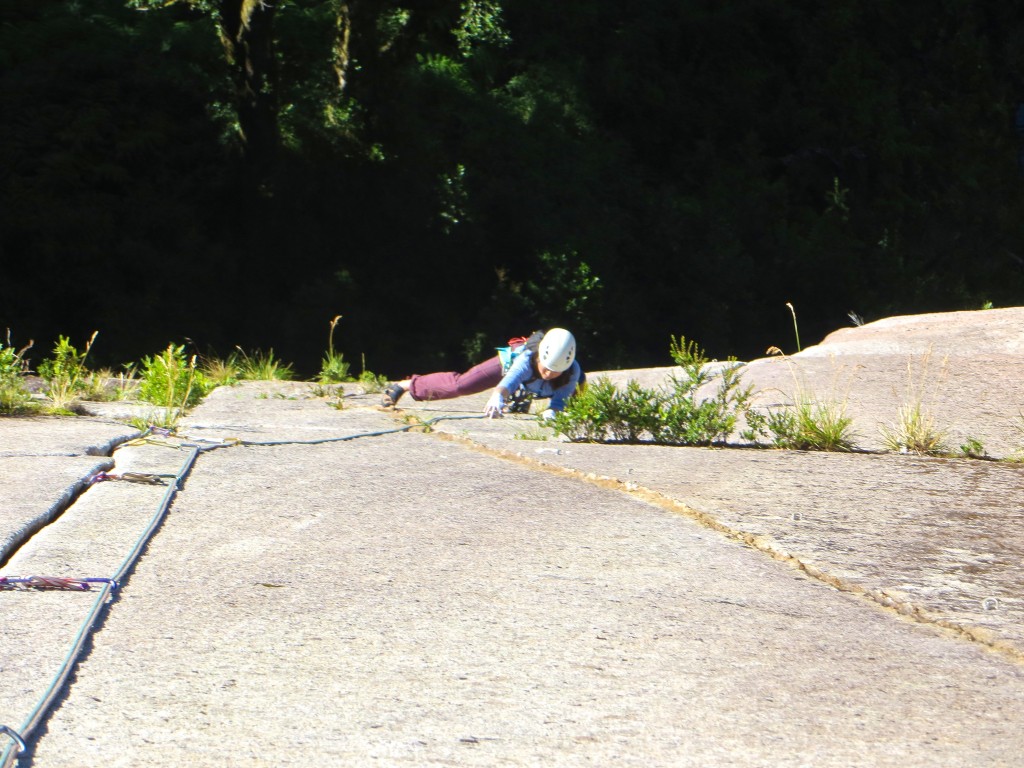 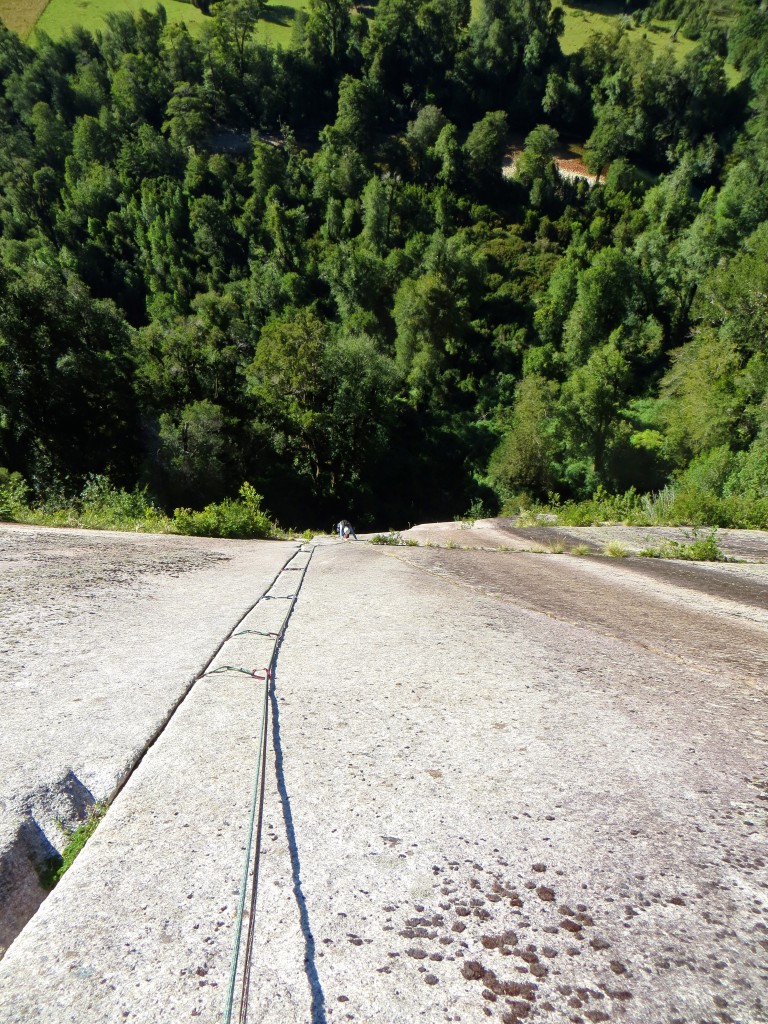 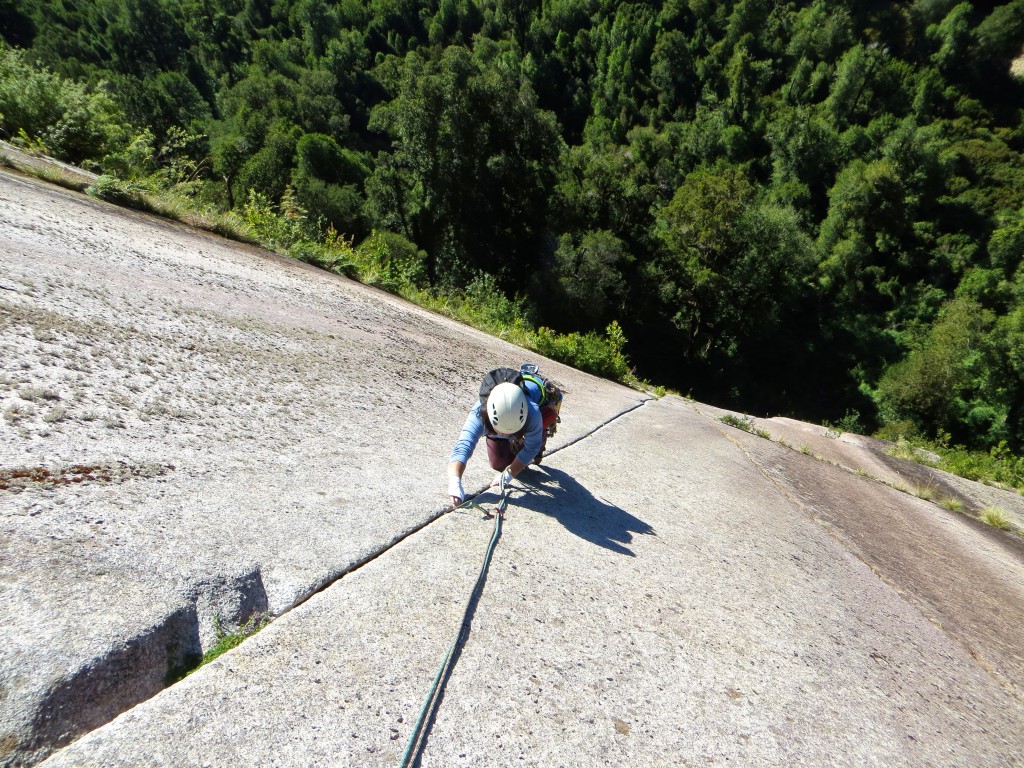 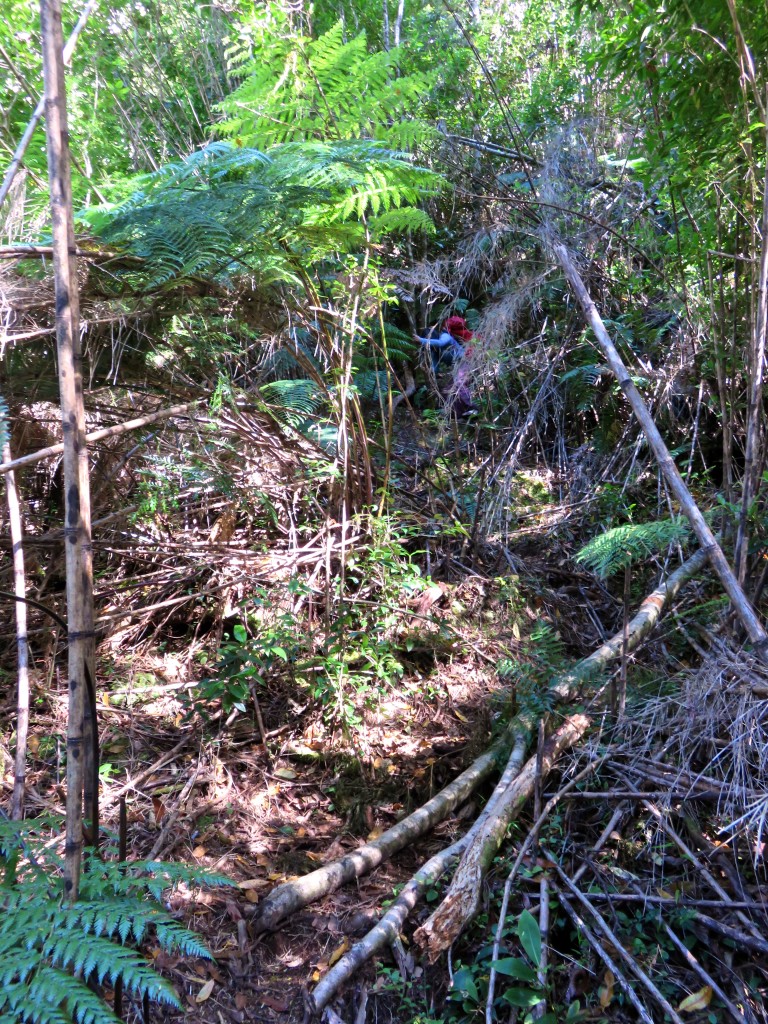 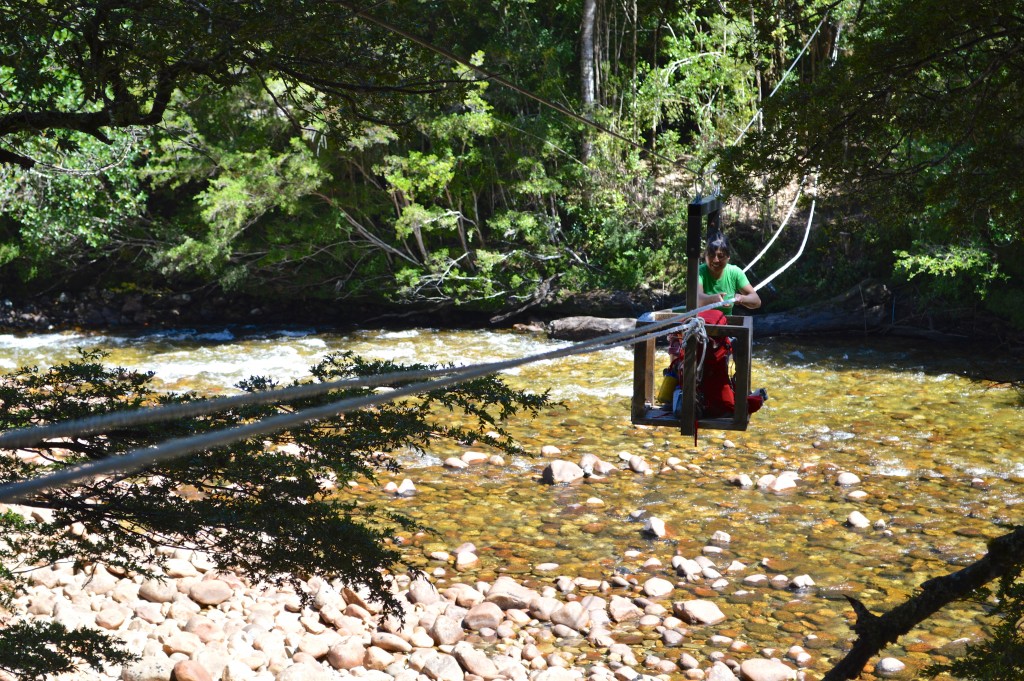 The hike to Valle Trinidad starts with another river crossing (Jan. 2015). 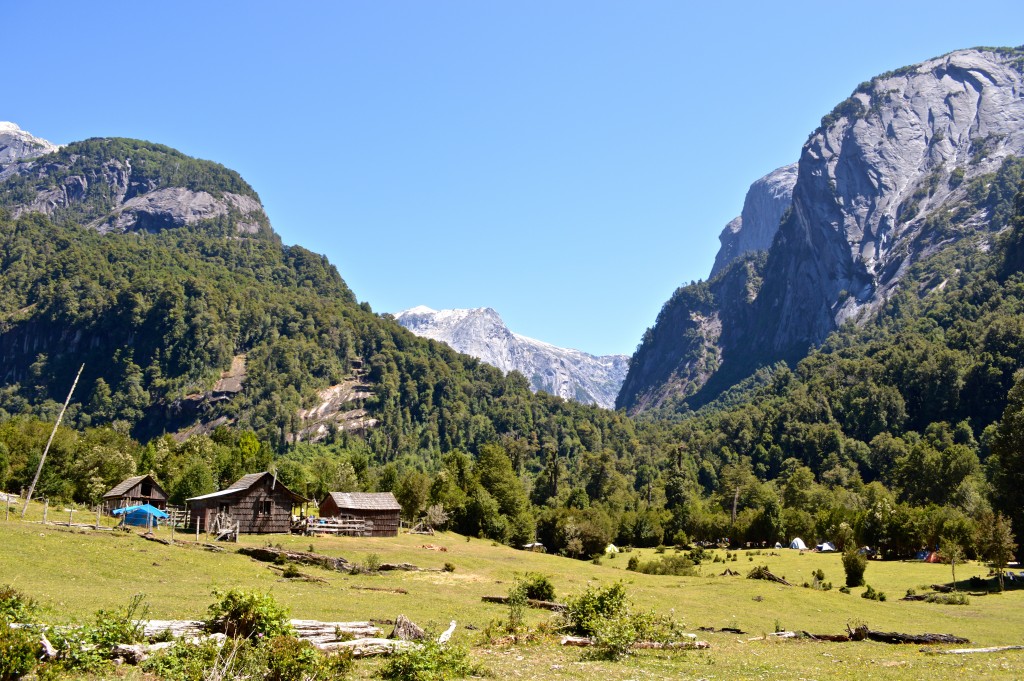 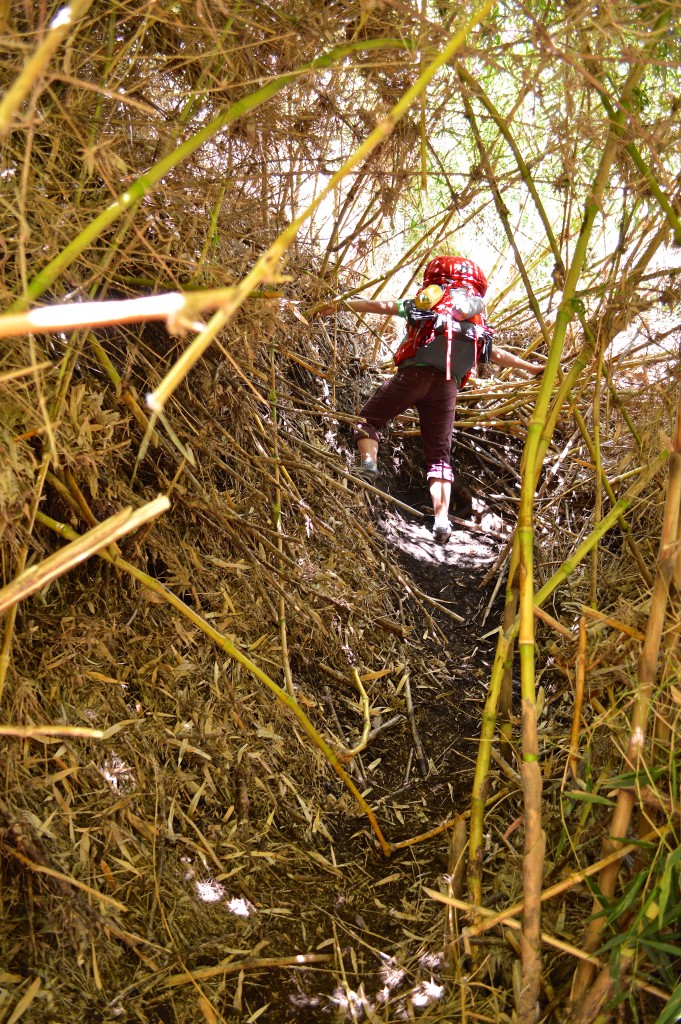 The hike follows a trail hacked out of the thick bamboo growth…apparently the first climb on Trinidad involved British climbers hacking & macheteing their way into the valley (Jan. 2015). 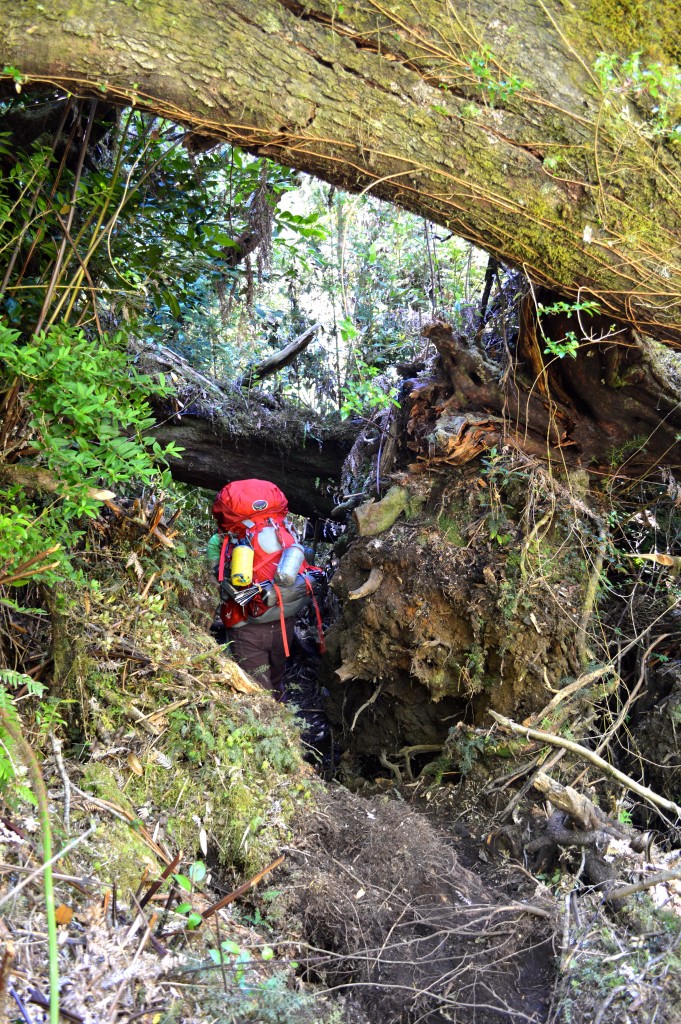 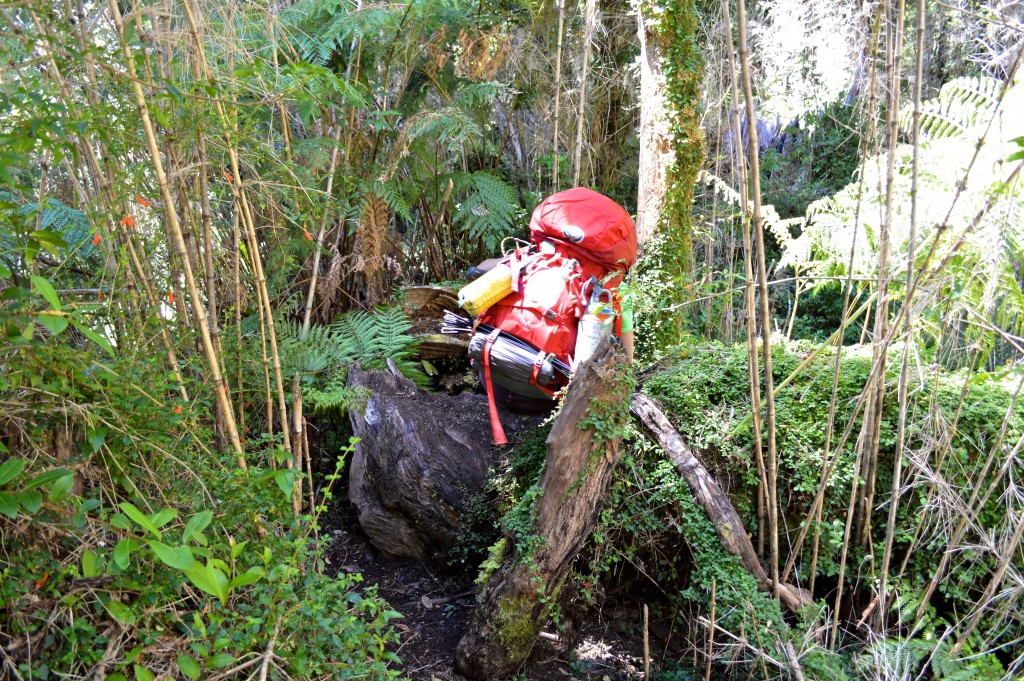 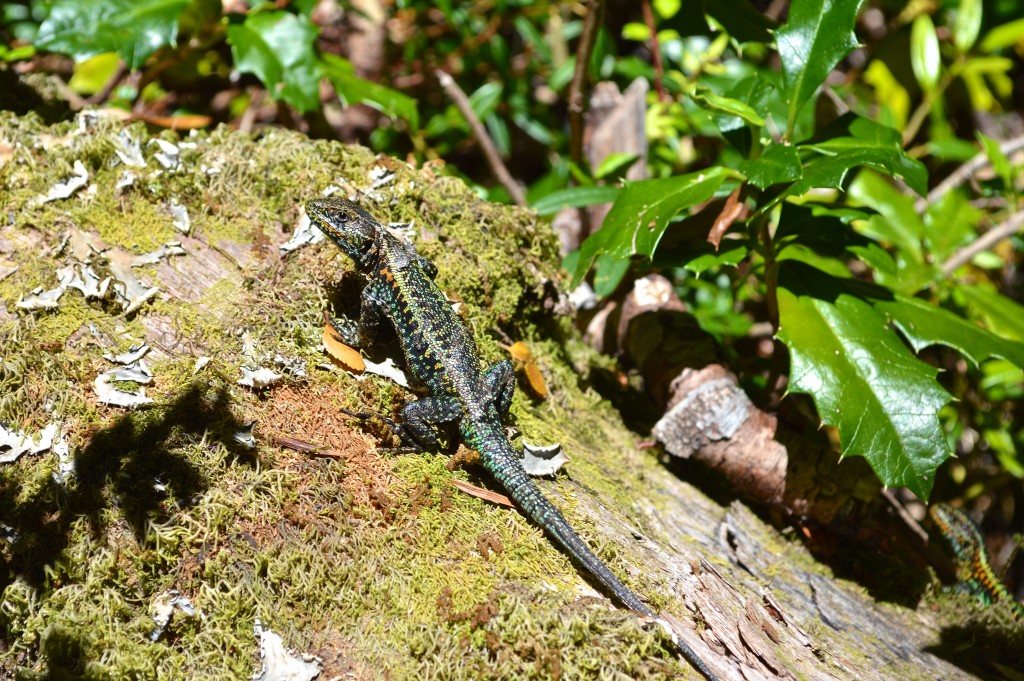 Seems the only wildlife we saw were these lizards and birds, including some huge condors (Jan. 2015). 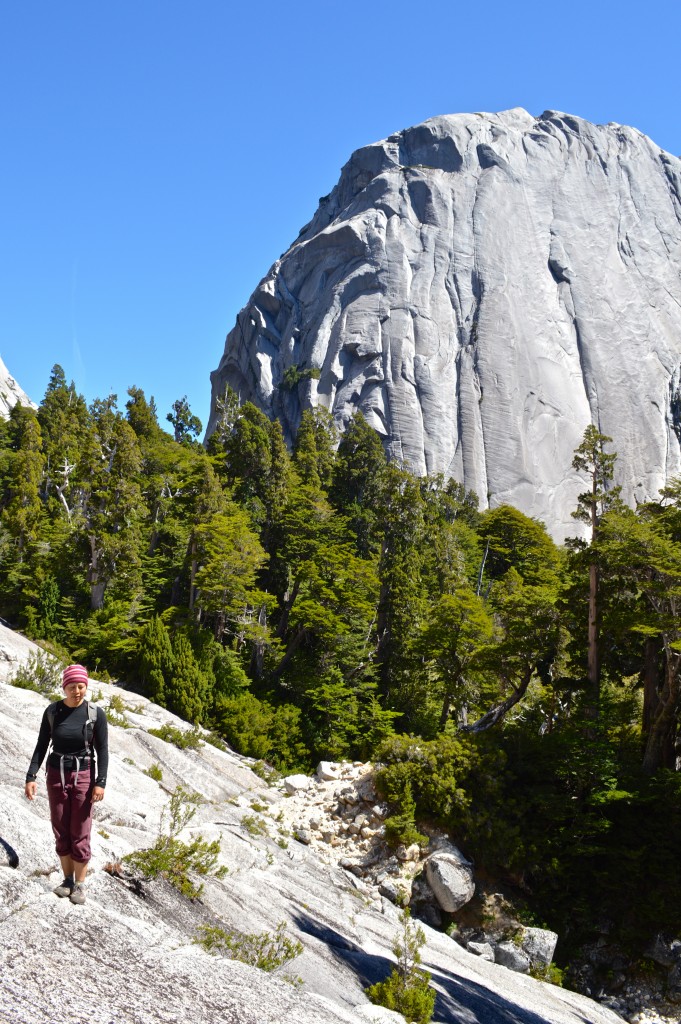 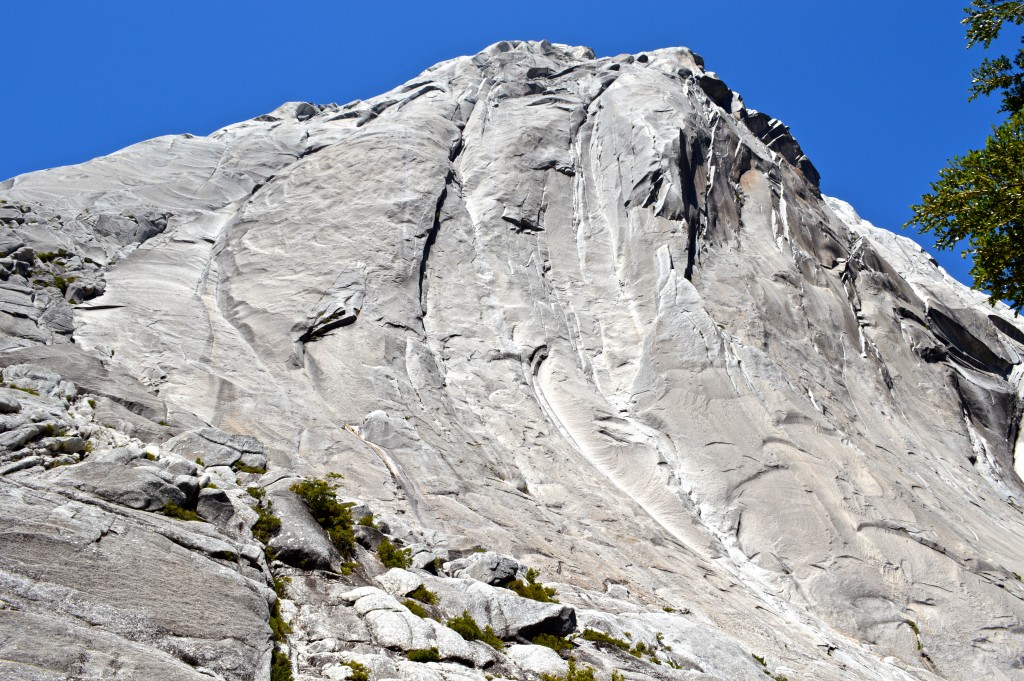 Cerro Trinidad from the base and our camp. Bienvenidos a mi Insomnio (5.11-, 20 pitches) starts up the leftmost arch. First ~12ish pitches are visible in this shot (Jan. 2015). 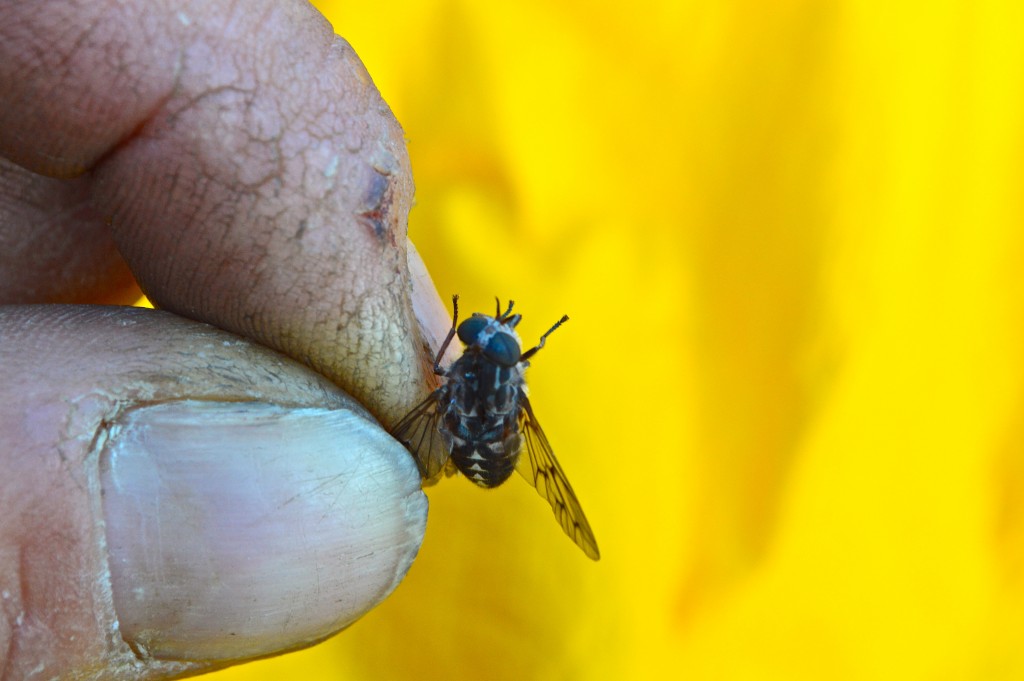 Tabano (full Latin name is Chingo Tabano I believe). No mosquitos but there were always at least 2 of these little fuckers buzzing around your face at all times (Jan. 2015). 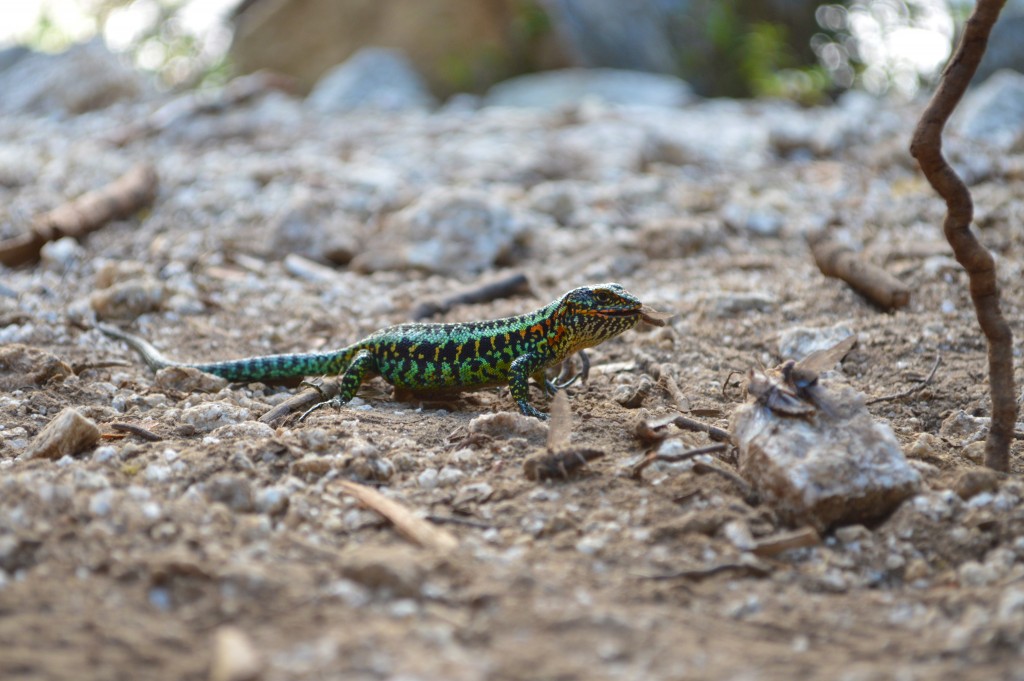 We entertained ourselves the evening before the climb by killing tabanos and feeding them to the lizard god…offerings in hope of a good climb the next day (it worked!).

Go to Bienvenidos a mi Insomnio 1.
Go back to Cochamo.