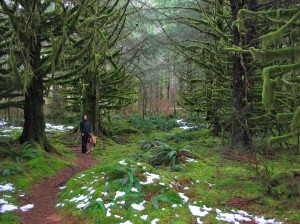 Shirley enjoying the greenery of Oregon's Coast Range on Mt. Hebo hike in January of 2005.

I think I once read on cascadeclimbers.com (from Wayne Wallace perhaps?) that Oregon was the 5th best state in the lower 48 for climbing. I think this is close to our mental hierarchy as well though perhaps we’re biased here against our home state as we don’t climb alpine snow/ice. Still, I think for “adventure climbing” the place is second only to the greater Moab area in Utah . Obscure and chossy volcanic (plugs) towers, obscure and chossy “big walls” (… Matterhorn in Wallowas…like OMG!), some chossy alpine rock and in many cases those are served up on a nice platter of juicy bushwhacking! Add to that some real climbing like Smith Rock or Trout Creek (truest splitters outside of Indian Creek?) and I’m pretty sure we have New Mexico beat 😉

After about a decade of climbing here, we’ve sampled some of the goodies. Of course so many still remain on the wish list. Ticking off these goals is limited not so much by time and opportunity but rather by lack of sufficient courage (a much harder obstacle to overcome). Still, it’s nice to have daydream (nightmare?) material. 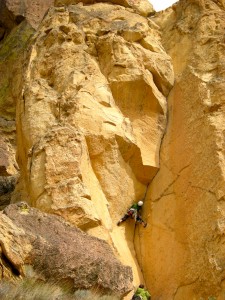 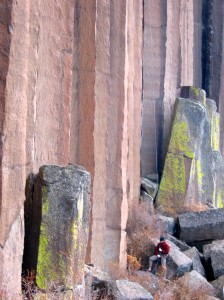 Haydar belaying someone on Gold Rush (maybe) on the Main Wall at Trout Creek (Nov. 2006). 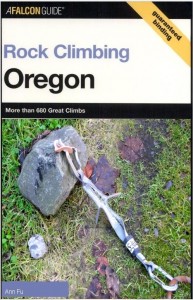