A Couple Of Spanish Crags – Part 3 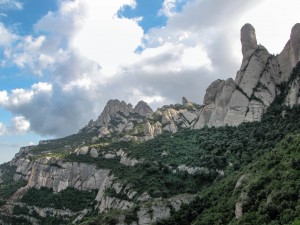 Our fourth day, one of the rear tires on our rental car disintegrated and so we had a non-climbing project of trying to exchange the car in nearby Huesca. Process was not helped by our less than fluent Spanish or the relaxed operating hours of Spanish businesses. Once things were sorted (sort of…still waiting with great anticipation for the bill), we drove around a bit, including a stop in a national park by the French border and eventually ended up heading back towards Barcelona with hopes of climbing something in the famous Montserrat. Somewhere along the way, we were stopped at a highway checkpoint by polite but machine gun armed police, a scene more reminiscent of Mexico than Europe. We’ve done the tourist thing in Montserrat with family back in May and recalled seeing an impressive conglomerate tower high above the road. A quick scan through the book revealed it to be the Cavall Bernat. That afternoon, we scouted out the approach and decided on a route, something called the Punsola-Reniu (7P, 6a+ A0). 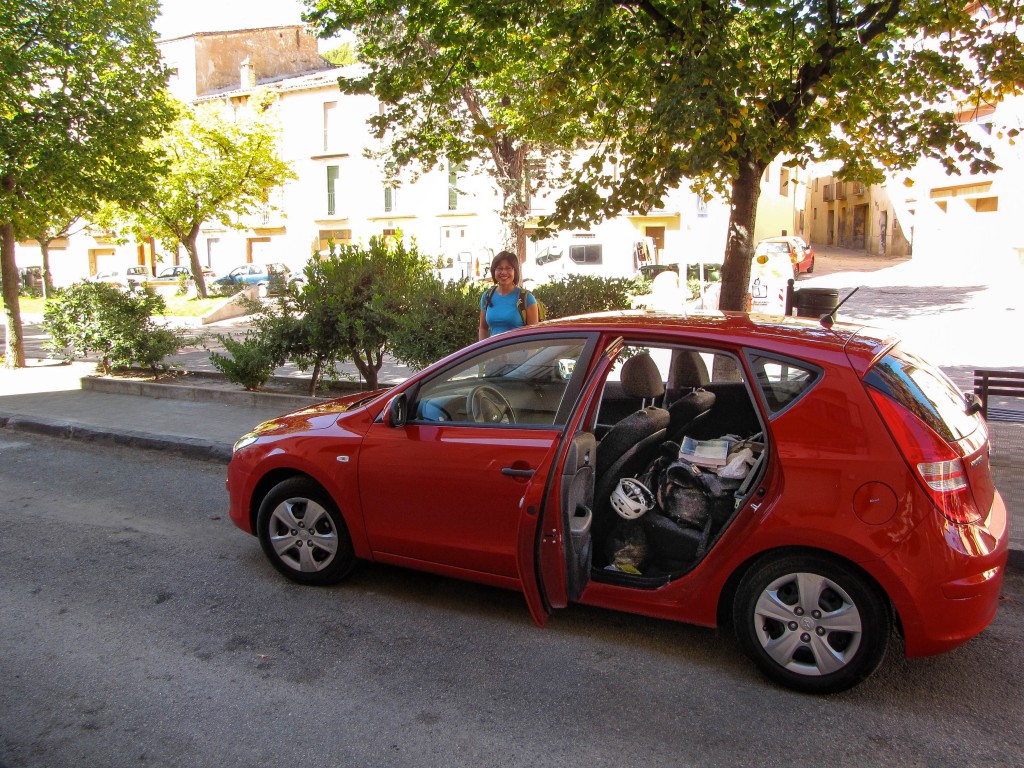 Relocating to Montserrat after a good bakery breakfast. This is the charming little town (village?) of Ayerbe in Aragon (Sept. 2010). 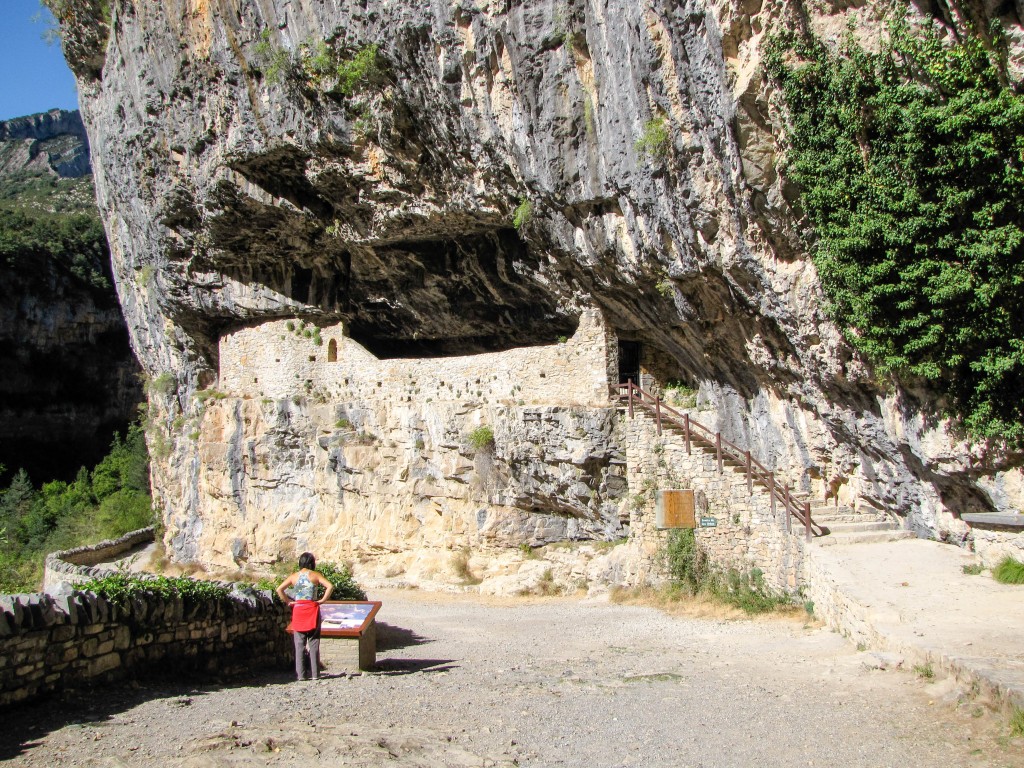 Some short tourist hike during the drive to Montserrat (Sept. 2010). 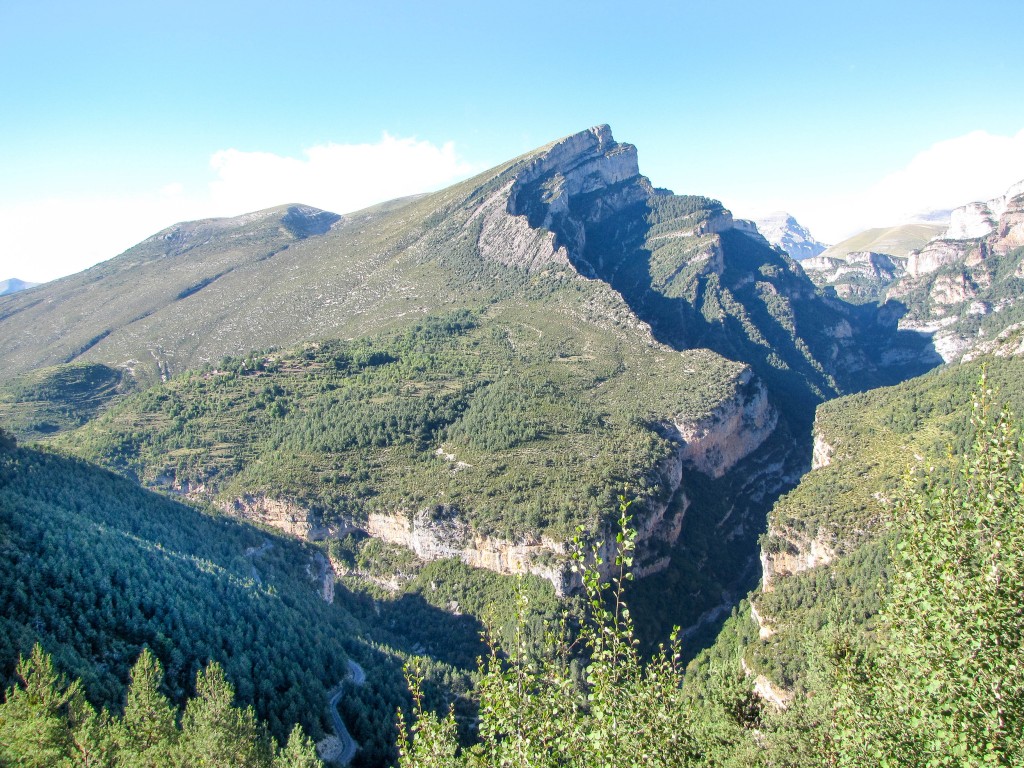 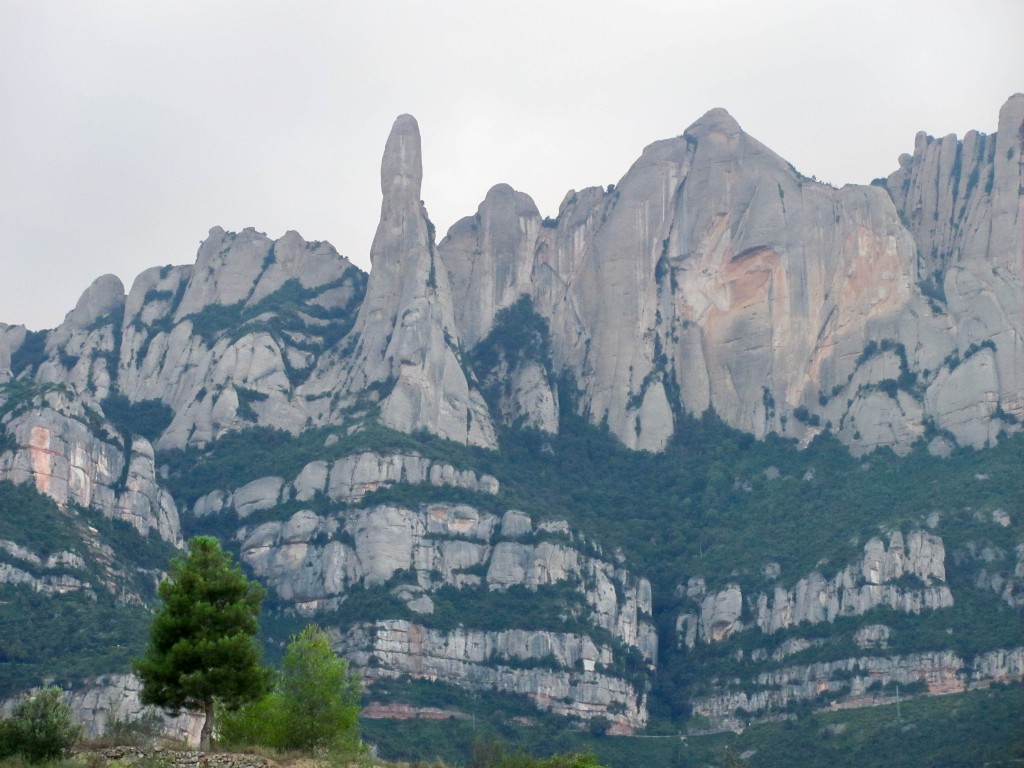 Montserrat as seen from the village of Manresa (Sept. 2010). 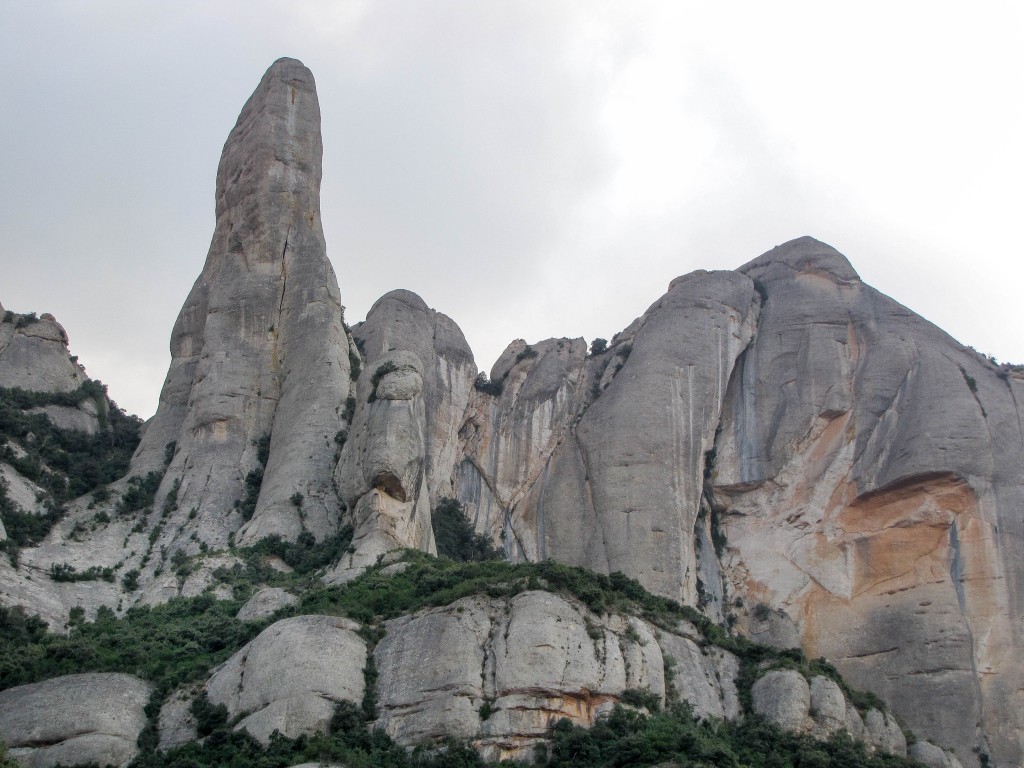 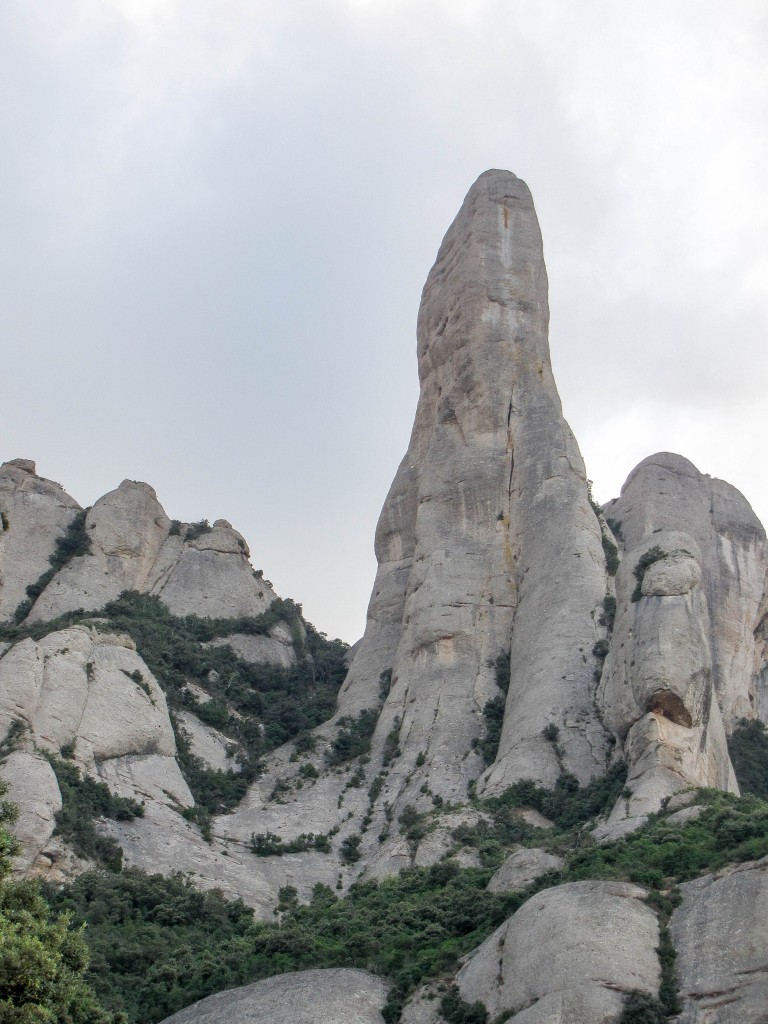 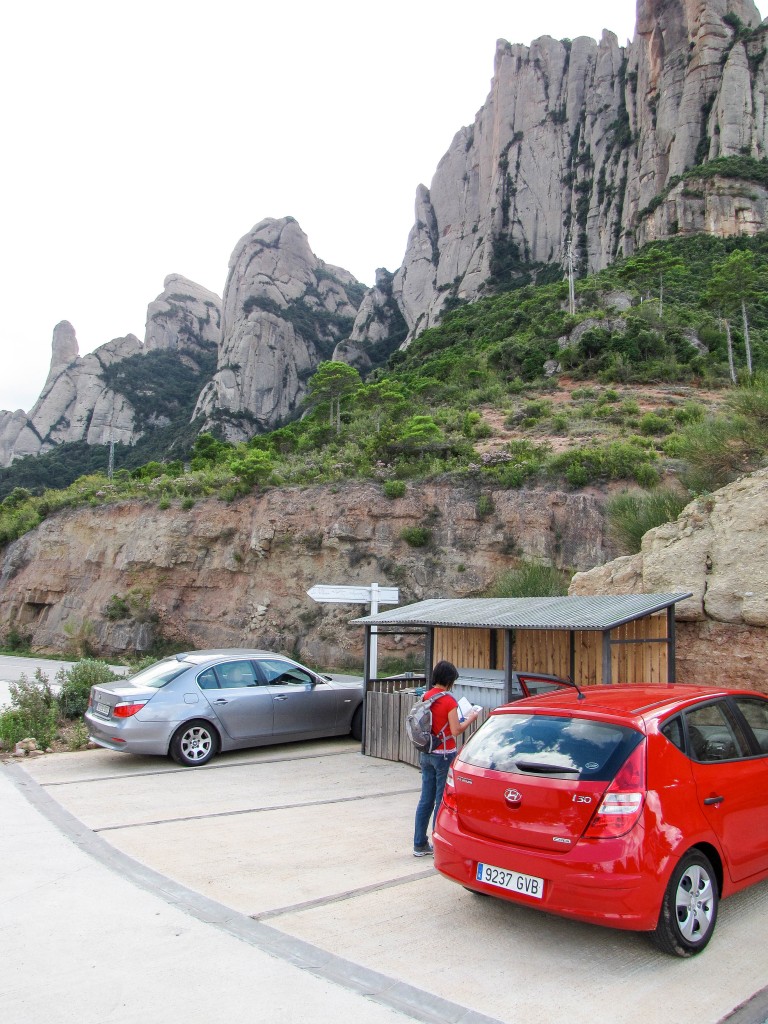 Scoping out the place for next day’s climbing. Cavall Bernat tower is on the left (Sept. 2010). 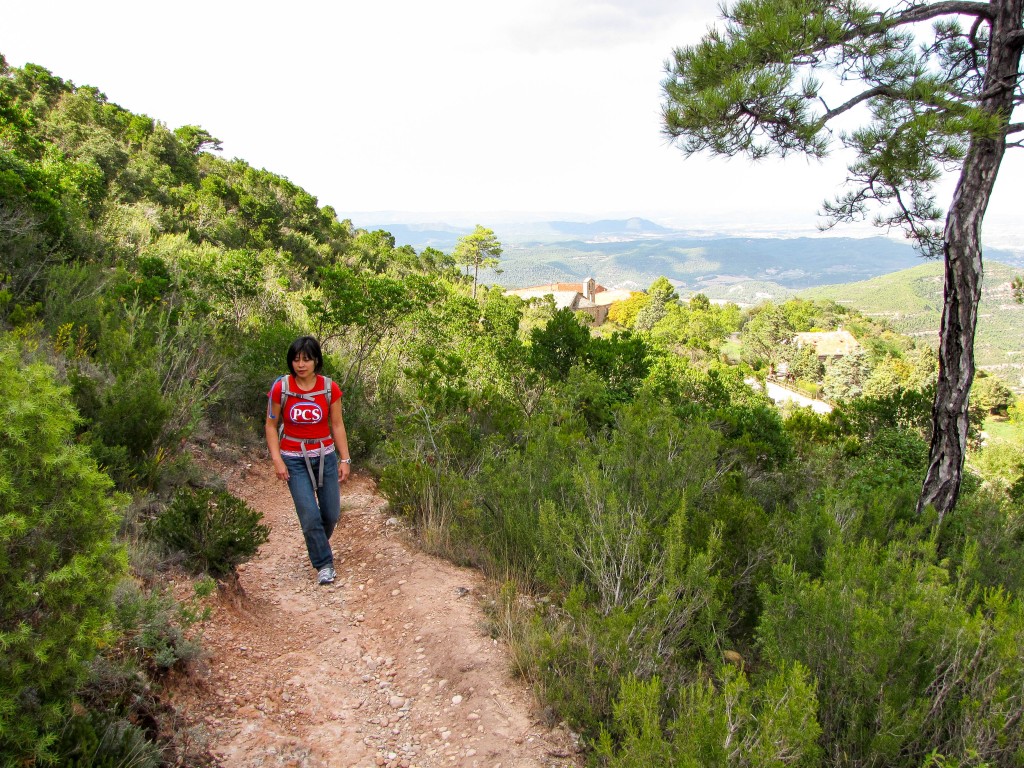 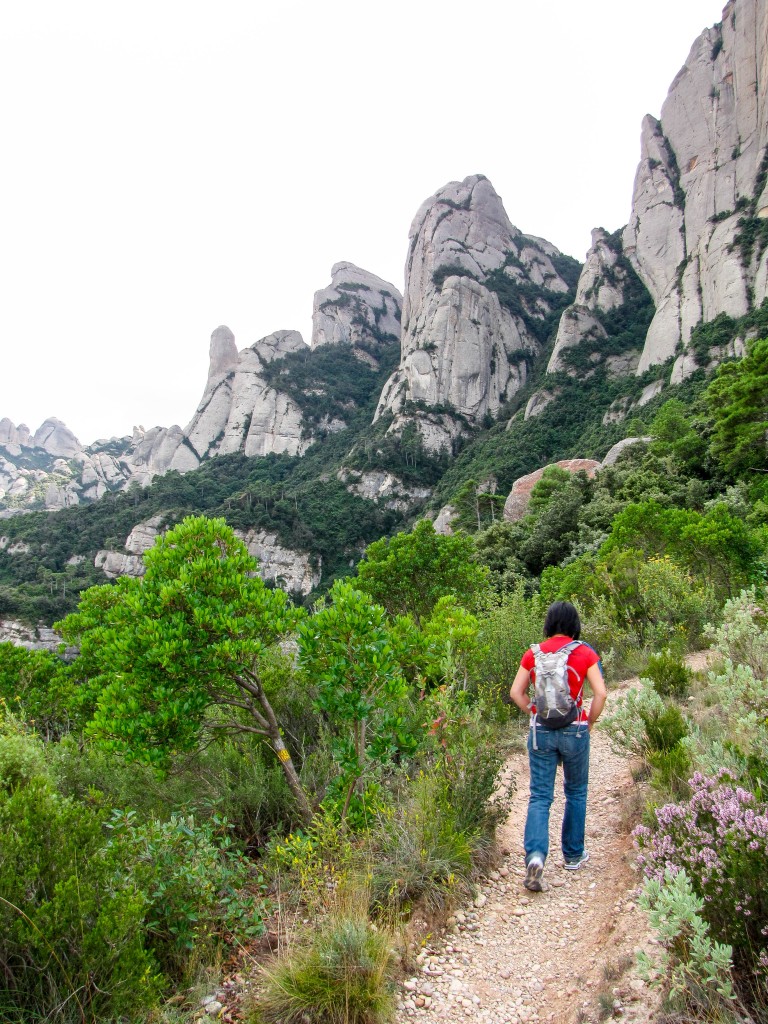 All these amazing looking towers and buttresses (Sept. 2010). 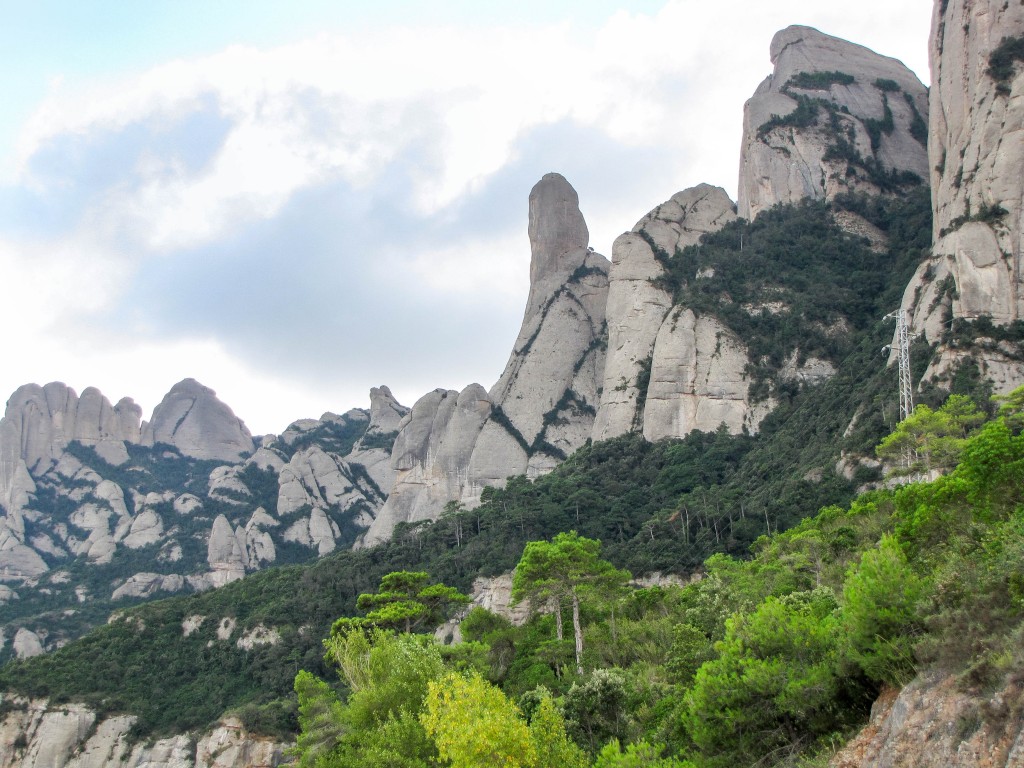 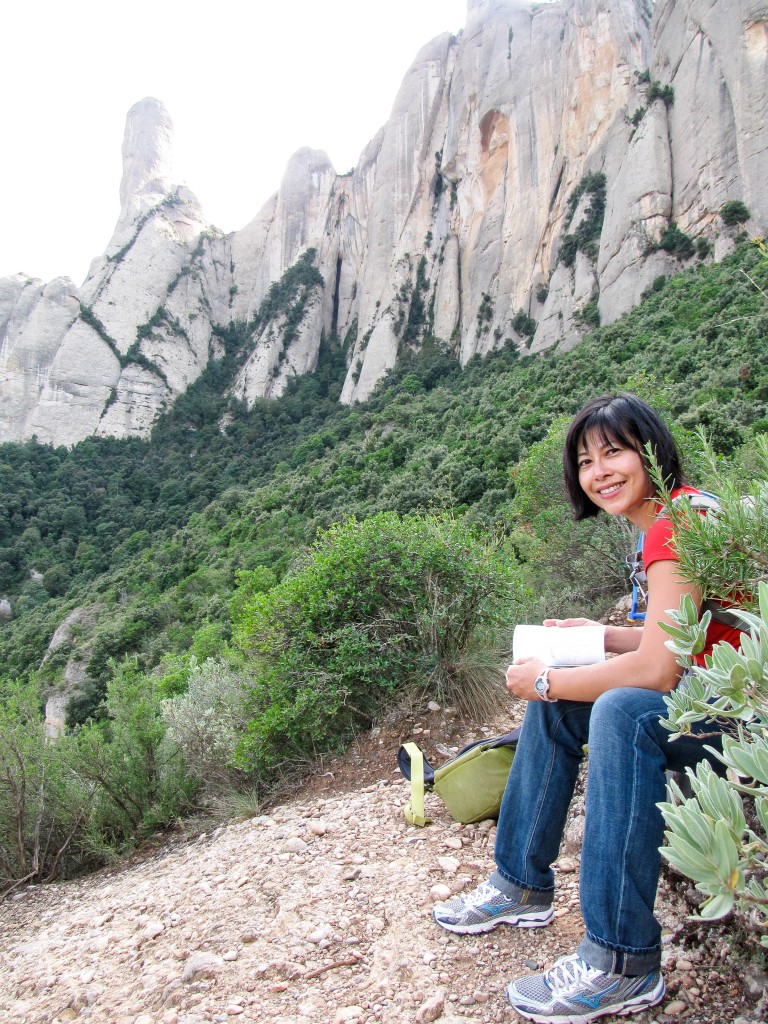 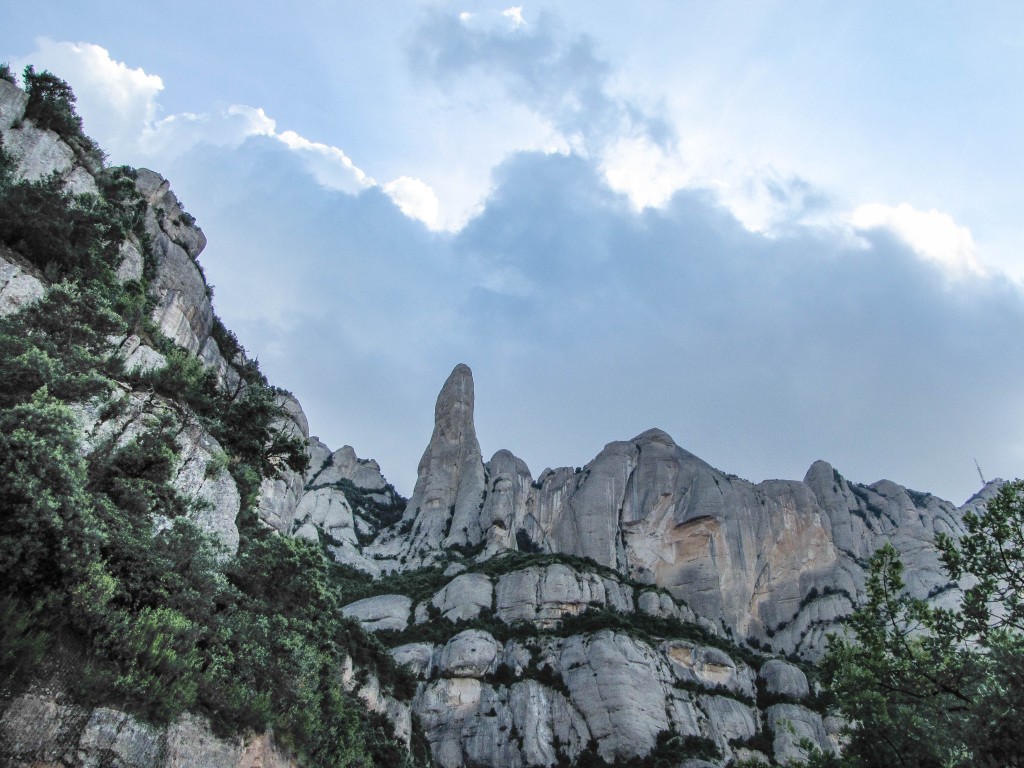 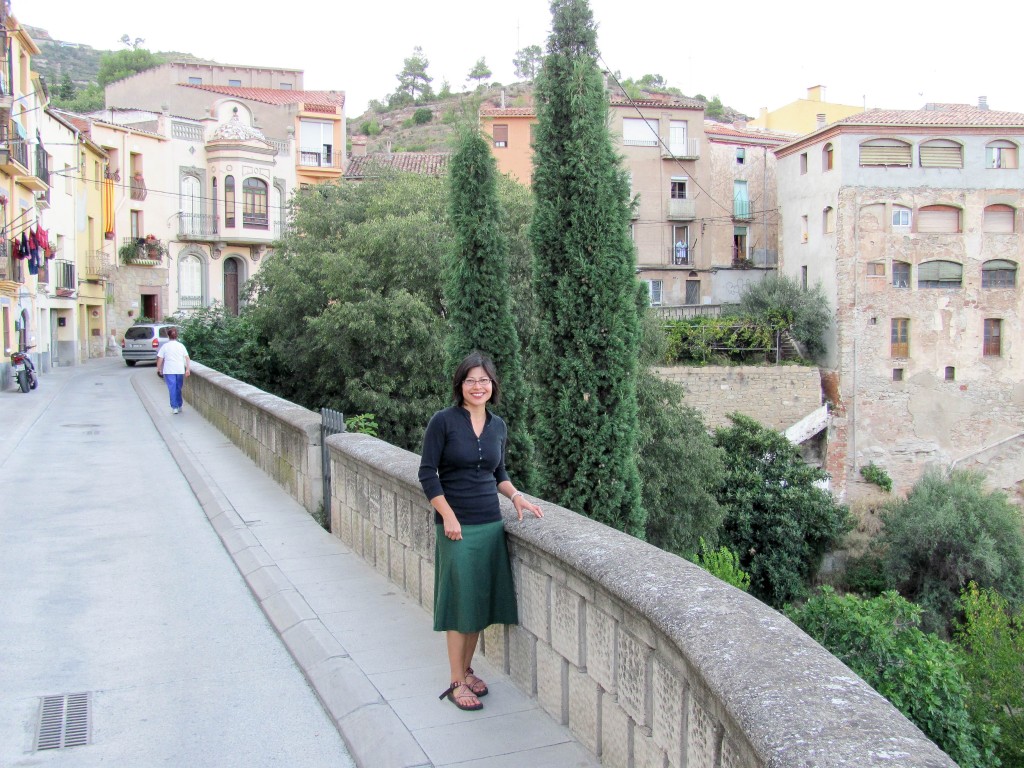 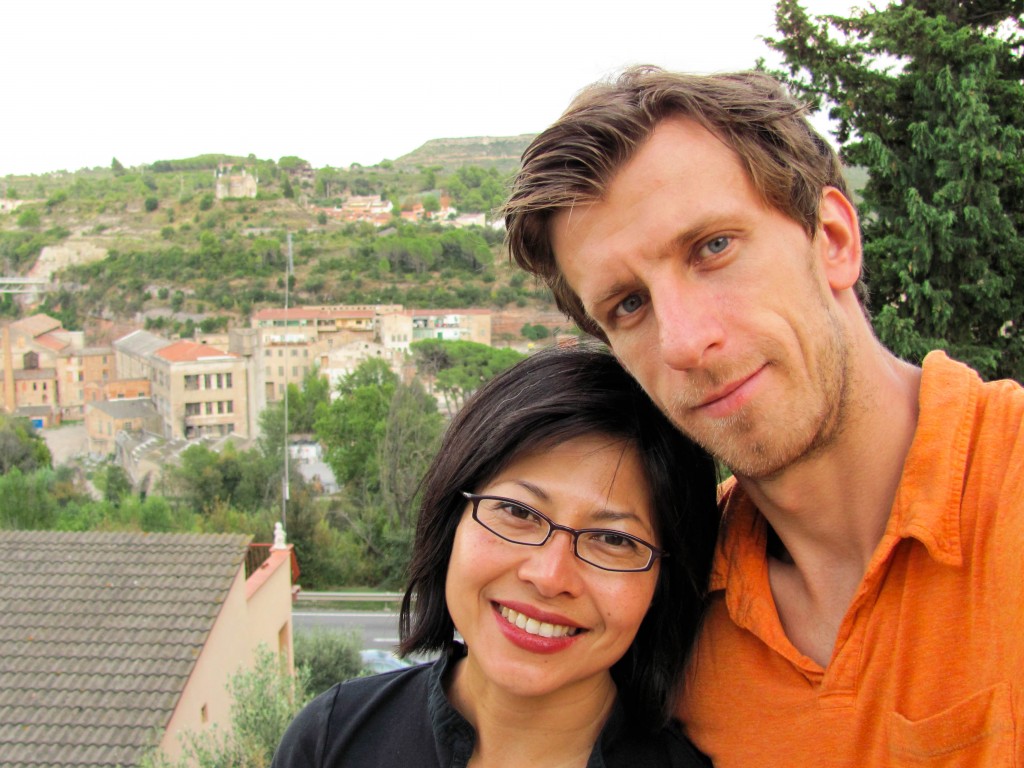 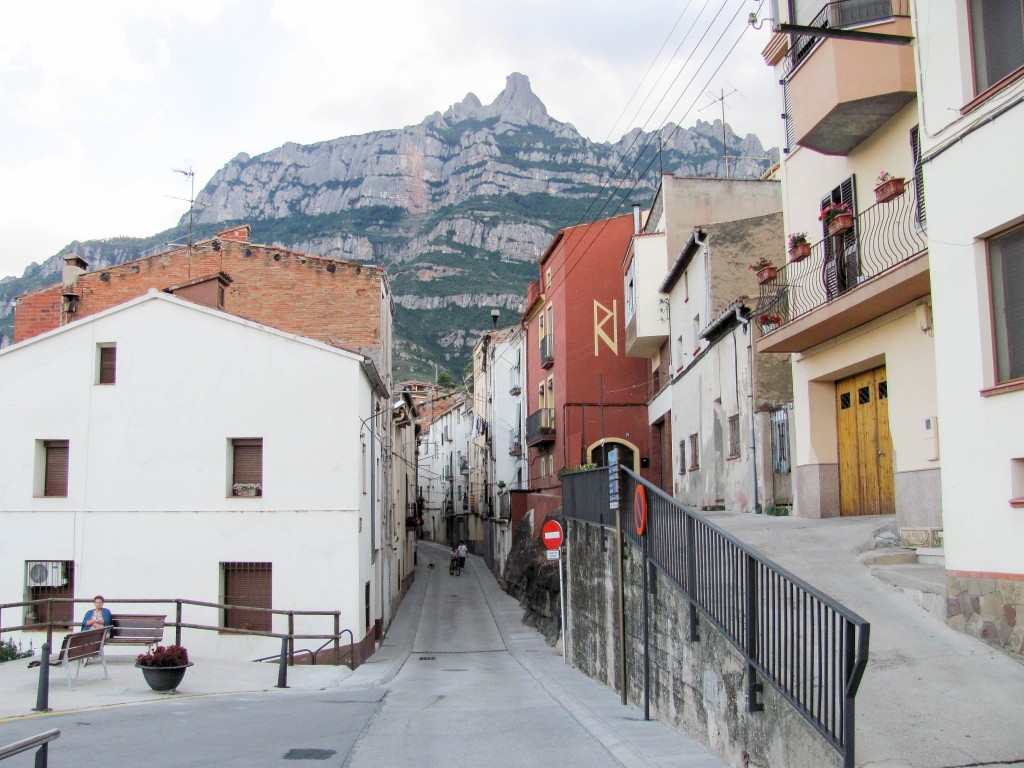 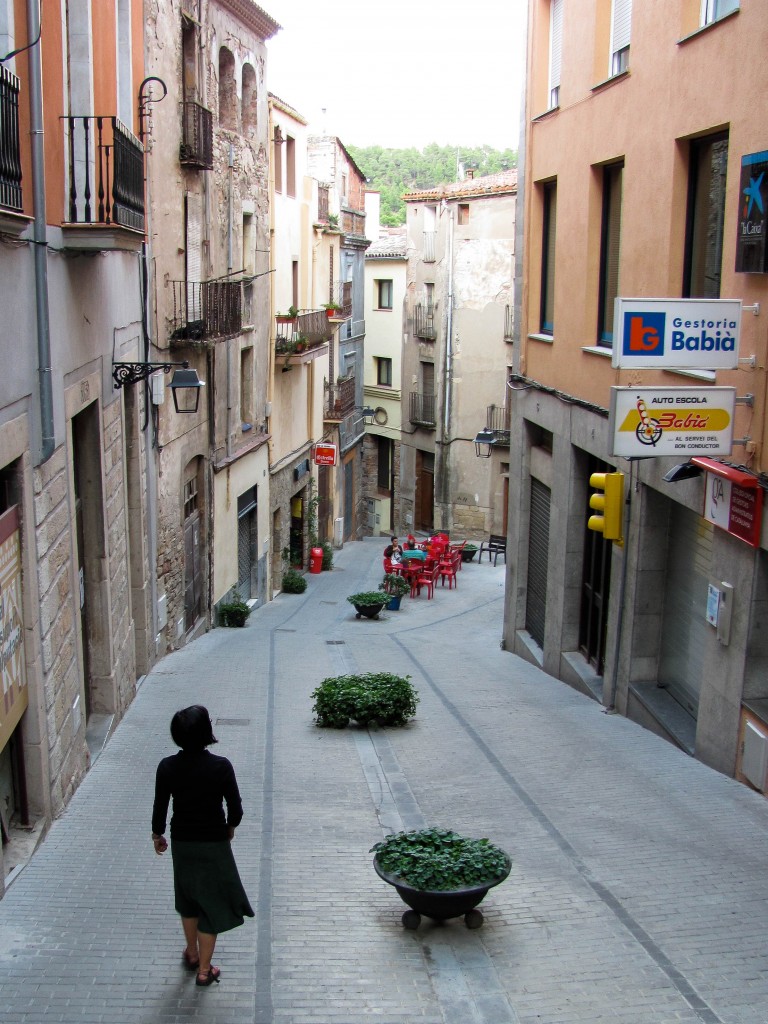 Strolling the streets of Manresa at the foot of Montserrat (Sept. 2010).