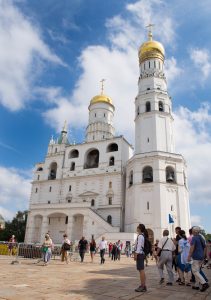 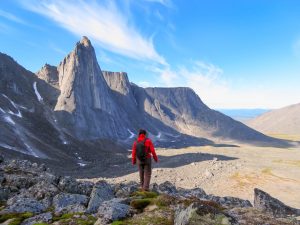 I’ve been obsessed with going to Russia for longer than I can remember. Perhaps it was the semi-fictional The Long Walk book I had read in my teens or just the vast emptiness of the country that fascinated me. I have also been on a quest to find some meaningful and established rock climbing there for about as long. Google searches would yield stuff in the Caucasus Mountains (Mount Fisht and vicinity for example) and their foothills; or the cool looking and remote Pillars of Lena (with no established climbing to my knowledge); and of course Stolby outside of Krasnoyarsk. Those were really the most appealing things I could find. This last one has mostly single pitch routes and so we were not that keen about going there until I sniffed out some information for the nearby Ergaki National Park. As I’d learn after our Bilibino trip (thanks to a newly released guidebook), Ergaki in fact looks fantastic; like Frey in Argentina but with longer routes. I however was oblivious to that back in 2015 when I first stumbled onto a handful of write ups for a brand new alpine area in the Russian Far East near the town of Bilibino in Chukotka Okrug. Photos showed mid-sized granite spires and walls and mentioned a total lack of glaciers as well as fairly easy approaches. I knew right away that we’d have to give such a trip a go. 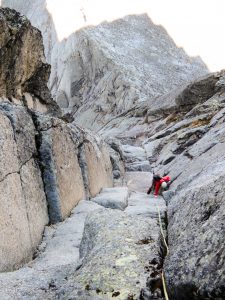 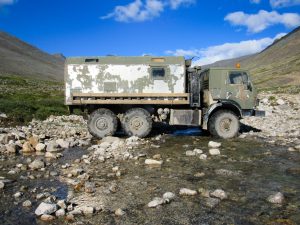 Opportunity would not present itself until early 2017. We started the process by emailing Evgeny, a nuclear engineer working in Bilibino’s power plant (the only nuclear one located north of the Arctic Circle) and the key enabler of the four previous climbing expeditions to the region. He is the person that opened up the eyes of climbing world to this area. Evgeny kindly informed us that he would indeed help us if we could get ourselves to Bilibino legally. I should mention here that Bilibino and most (all?) of Chukotka Okrug is part of a special border zone and as such requires special entry permits beyond the usual Russian tourist visas. All four previous expeditions went there without such permits and the consequences apparently escalated with each subsequent visit; and not just for the foreign climbers but also for their Russian friends. Evgeny also informed us that the only path to getting such a permit was via official tourist companies. And so began our search for such a channel. It’s not really the search part that was hard but rather the trust part; particularly if you’re looking at it from the biased American point of view. 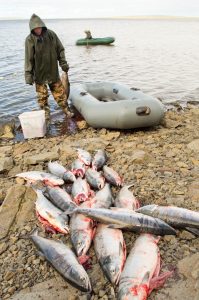 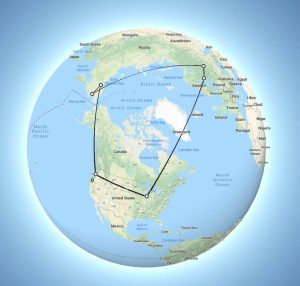 PDX, Chicago, Helsinki, Moscow. A 24h layover to catch the twice weekly (8.5h long) cross-Russia flight to Anadyr in Chukotka Okrug (special entry permits required). 44h layover to catch the twice monthly flight (3h long) to Bilibino. A 1/2 hour long drive to town and a 24h overnighter to get supplies. 7h mostly off-road drive through mountains in a 6wd Kamaz to a base camp (in a wrong valley). 3-4h boulder hopping slog to the climbing. 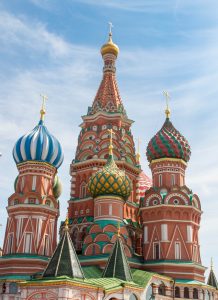 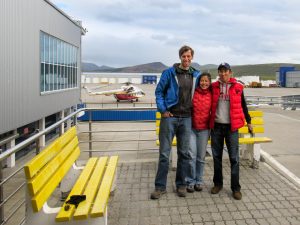 With Alexander in Anadyr. 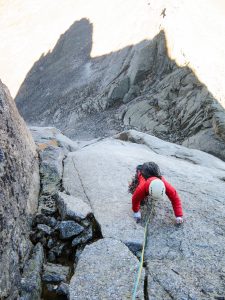 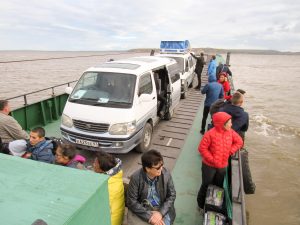 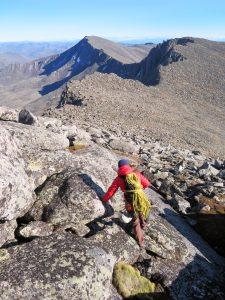 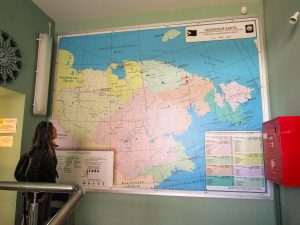 You can find established route beta online and so I will not bother with links here; and, as you’ll see, we only managed a tiny bit of climbing so obviously we’re not an authority. Look at AAJ and planetmountain.com. I will instead give an outline of the process and some logistical as well as area information. If you’re serious about going, you can contact me for specifics.

Chukotka Okrug is the region of Russia which lies directly across the Bering Strait from Alaska. It is slightly larger than Texas but has a population of 50K people and those are concentrated in a handful of isolated towns. The rest of it is an endless expanse of Arctic desert, tundra, and taiga devoid of humans or any infrastructure. 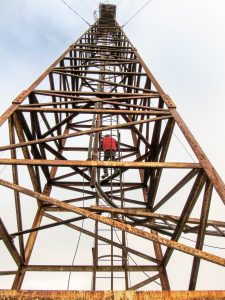 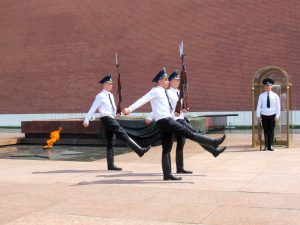 The mountain range in question is located some 40-60 as-the-crow-flies kilometers northwest of the town of Bilibino (population of ~5K; much diminished since its Soviet Union days). It is most likely not called the Chuvan Range; that name refers to a different range also not far from Bilibino. According to Evgeny, the range remains nameless. Bilibino is more or less an island in a sea of tundra. There’s one road that goes 35km to Keperveyem Airport and terminates; the second road (one you’d take towards the climbing objectives) heads northwest for some 250km and terminates in a village on the Anyuy River which flows into the Kolyma River which in turn connects to the Arctic Ocean. This is the summertime supply artery for Bilibino. The third road provides an expedition level adventure that terminates some 650km later in the Arctic Ocean town of Pevek (reportedly many river fords, swamp crossings etc.). There are more options that rely on ice roads in winter. There’s really only one way in for outsiders and that’s by air. Here there are two options: Chukotavia Airlines offers 2-3 flights per month from Anadyr (what we did and a highly discourage; no website based reservations, only in-person in Anadyr) and IrAero offers a few flights per week from Magadan. They have a website where you can buy tickets (we should’ve gone that route). 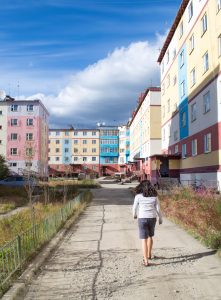 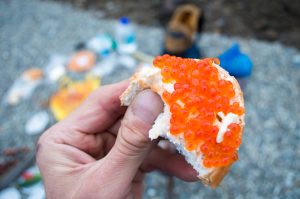 Though miners, trappers, local and Russian hikers no doubt crisscrossed the range many times, Evgeny is the person who really comprehended the potential of the range for climbers. He is an avid outdoorsman who has explored the region extensively by rivers, on quad bikes and snowmobiles as well as by hiking and scrambling. The stunning granite walls and formations face away from the one dirt road mentioned and so are nearly invisible to those who drive by. Russian climbers have established some climbs around Bilibino according to online forums but probably not in the places visited by foreigners. The sentiment expressed in Russian online climbing forums is that given the effort and cost required to reach this area, they’re better off visiting something exotic like Patagonia. To outsiders like us, Russian Far East is plenty exotic but we understand their perspective as this is how we feel about Cirque of Unclimbables in Canada for example.

So I think there’s little doubt that the four foreign expeditions were the first in those parts of the range. Of those, the Australian team was the first in August of 2014. They were then followed by three more expeditions in 2015: another Australian team, a mixed Scottish-British team, and a mixed European team consisting of some famous names. One of the British guys was in fact our very first contact and put us in touch with Evgeny. 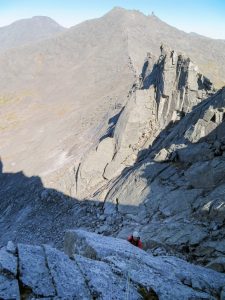 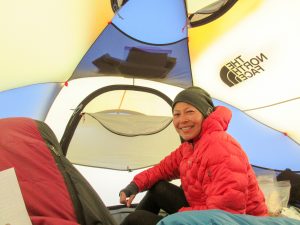 Sitting out some drizzle.

Your first step would be to contact a local tourist company to see if they can arrange the special entry permit for you and help with logistics. The people we worked with were very good and obviously we can vouch for their honesty. Our local, Anadyr-based fixer Alexander was excellent and spoke perfect English. In addition to permits, we also arranged essentially all on-the-ground logistics through him which included ground transport, lodging, some sightseeing, food, and buying supplies in Bilibino. His company also purchased the local Anadyr-Bilibino airline tickets on Chukotavia for us. 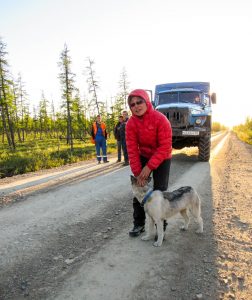 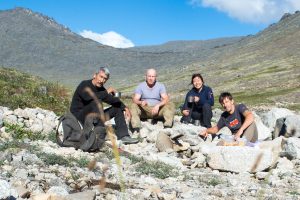 Even if the transport from Bilibino to the mountains can be arranged with them, I would very strongly recommend getting in touch with Evgeny to get his insight into how to reach the right drop off point. The drive from Bilibino is long and not straightforward at all. We were dropped off in a valley some 3-4 hour hoof to the General Cirque. Reportedly you cannot see the formations from the correct drop off point. Evgeny was also kind enough to loan us a can of bear spray. 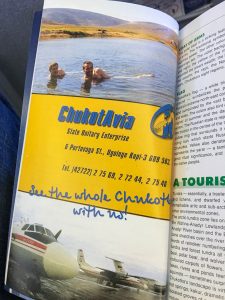 Chukotavia Airlines ad in a guidebook for Chukotka. 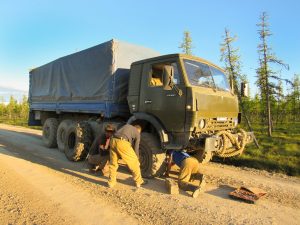 Bringing a satellite phone into Russia probably requires some paperwork. Instead, we rented a unit from Alexander. We were supposed to check-in with him midway through our stint but had issues getting a satellite lock from our camp. A real emergency situation would have required the non-injured party to hoof it up an hour or two out of the valley and onto a ridge line. And it should be obvious that once your transport drops you off, you are absolutely on your own – I don’ think we’ve ever been this isolated from humanity before.

The rest of the logistics are straightforward. Get a tourist visa well ahead of time. We flew via Moscow as it was cheaper. From there, we had pre-booked a direct flight to Anadyr – bare bones. Final air leg was arranged by our fixer as Chukotavia is a bit of a stone age operation.

Go to Helsinki.
Go back to Climbing.