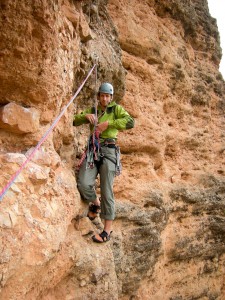 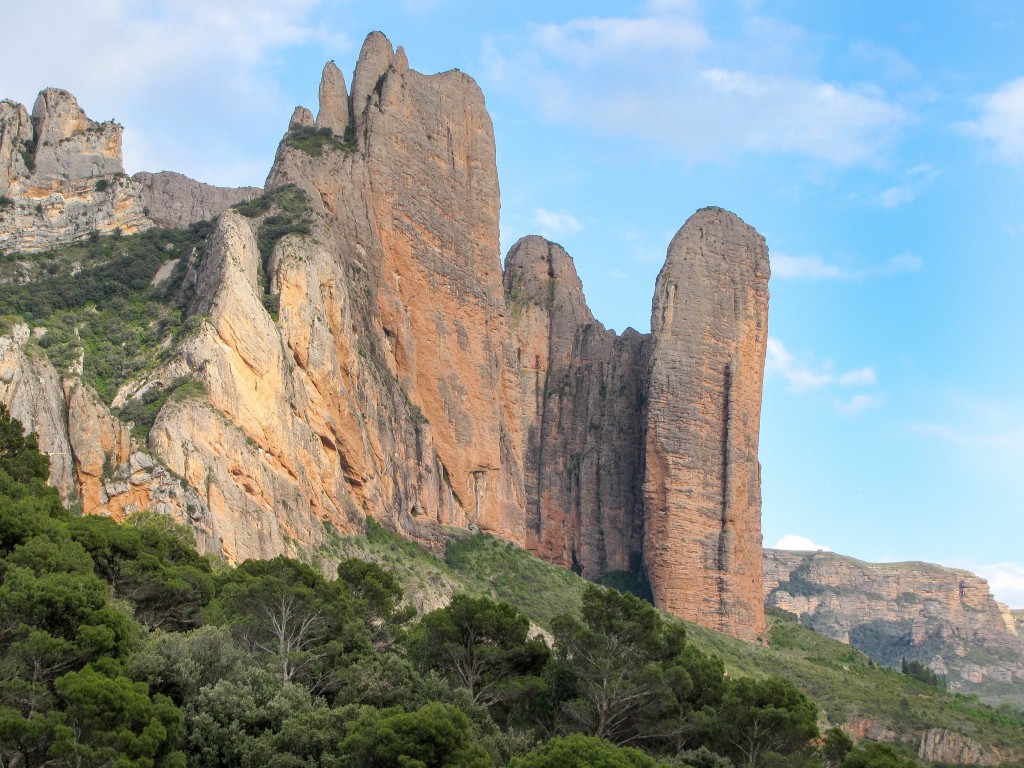 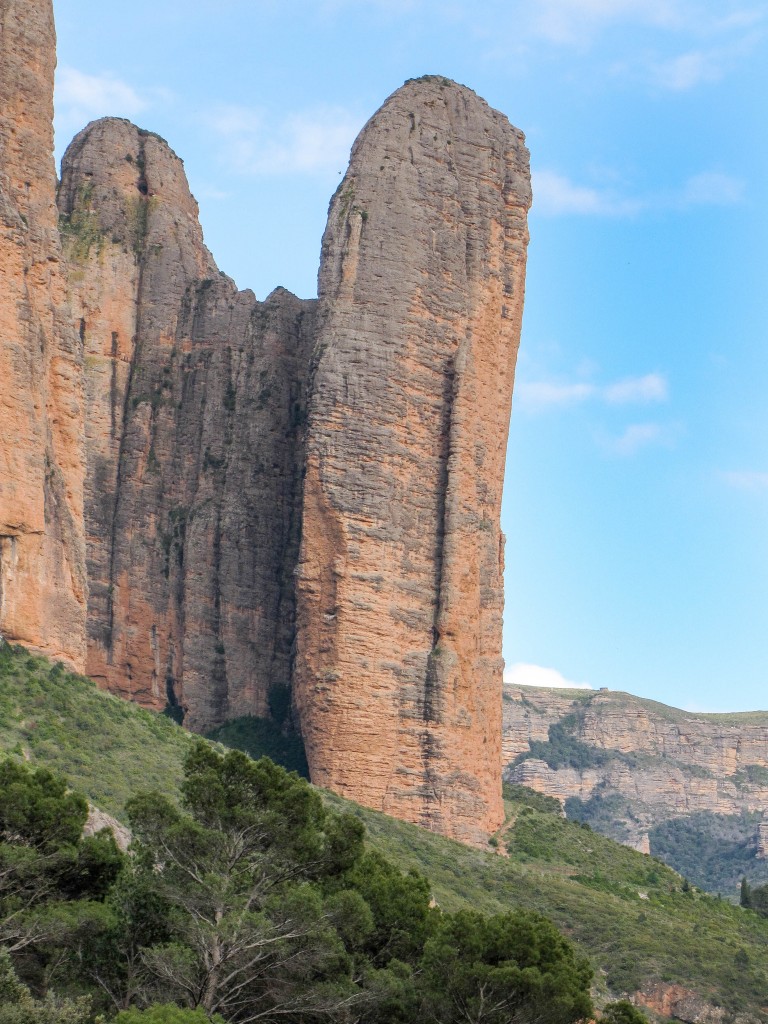 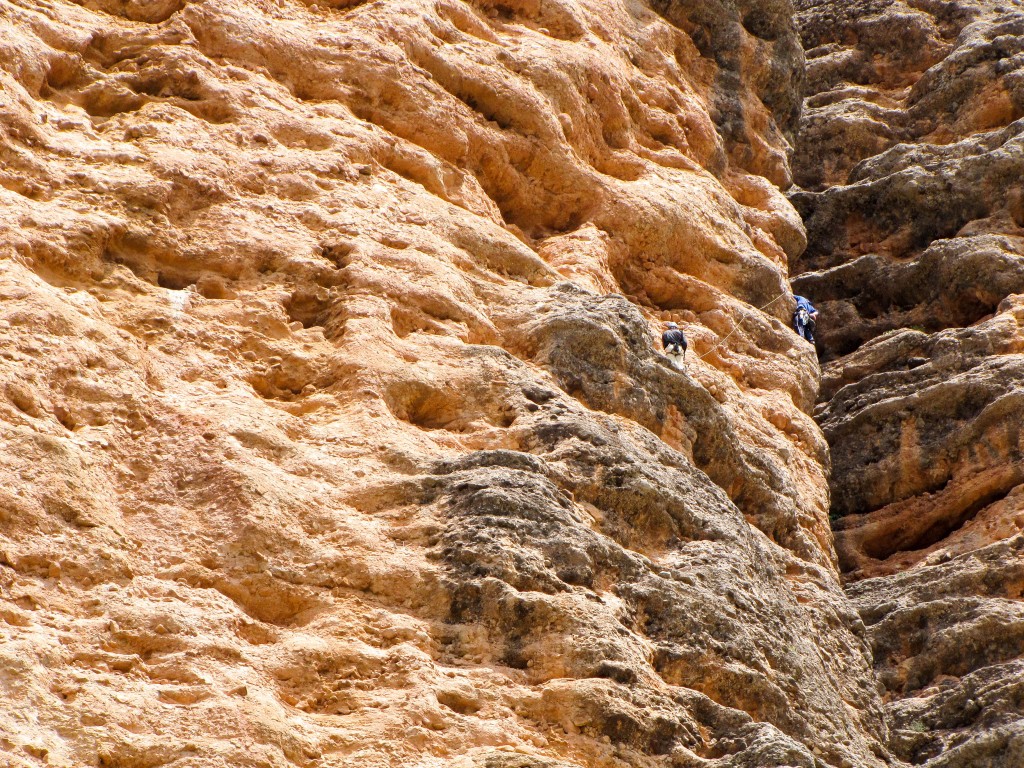 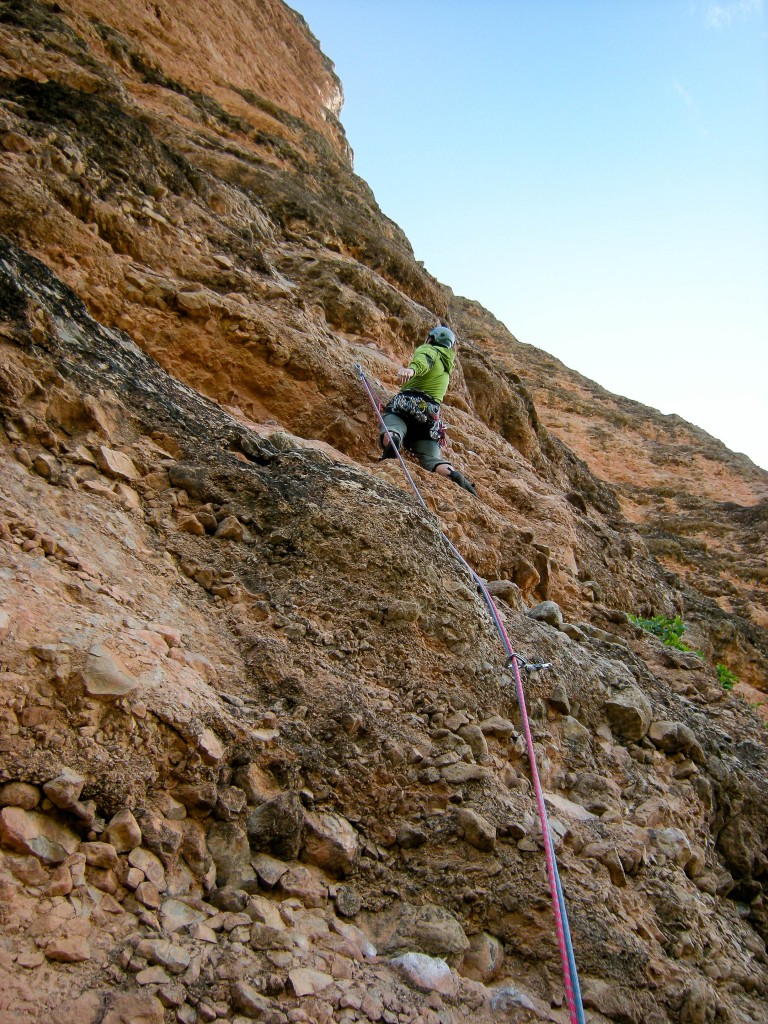 Pitch 1 of Chooper (6b) on Mallo Pison…we bailed three pitches up as it started raining (May 2010). 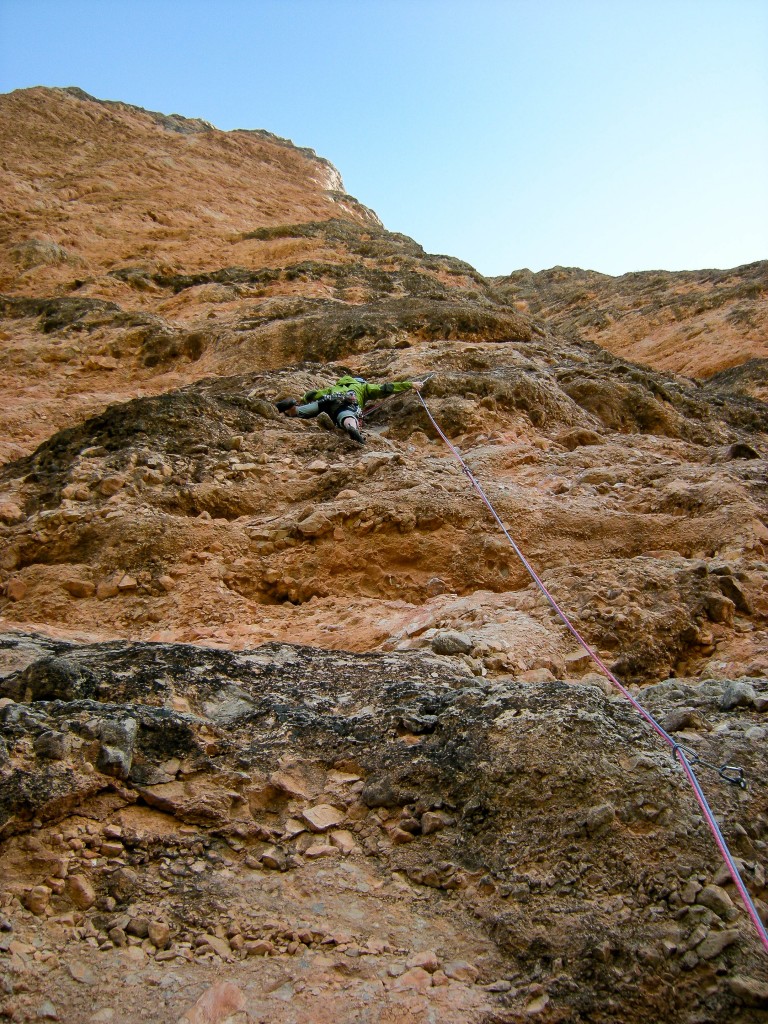 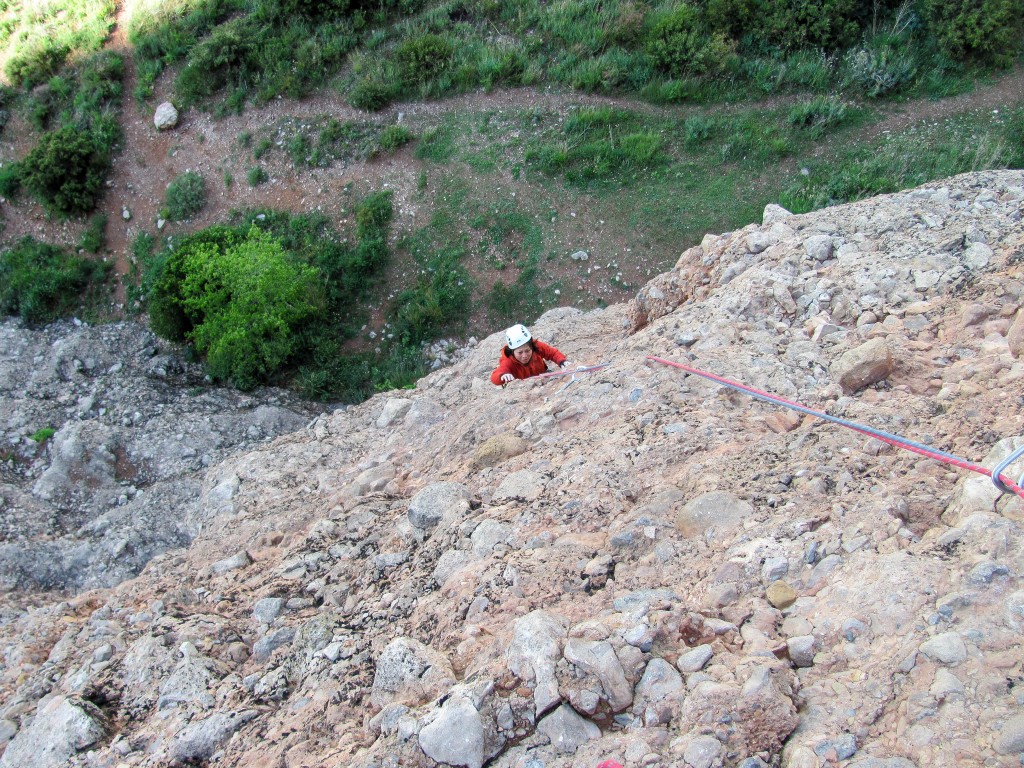 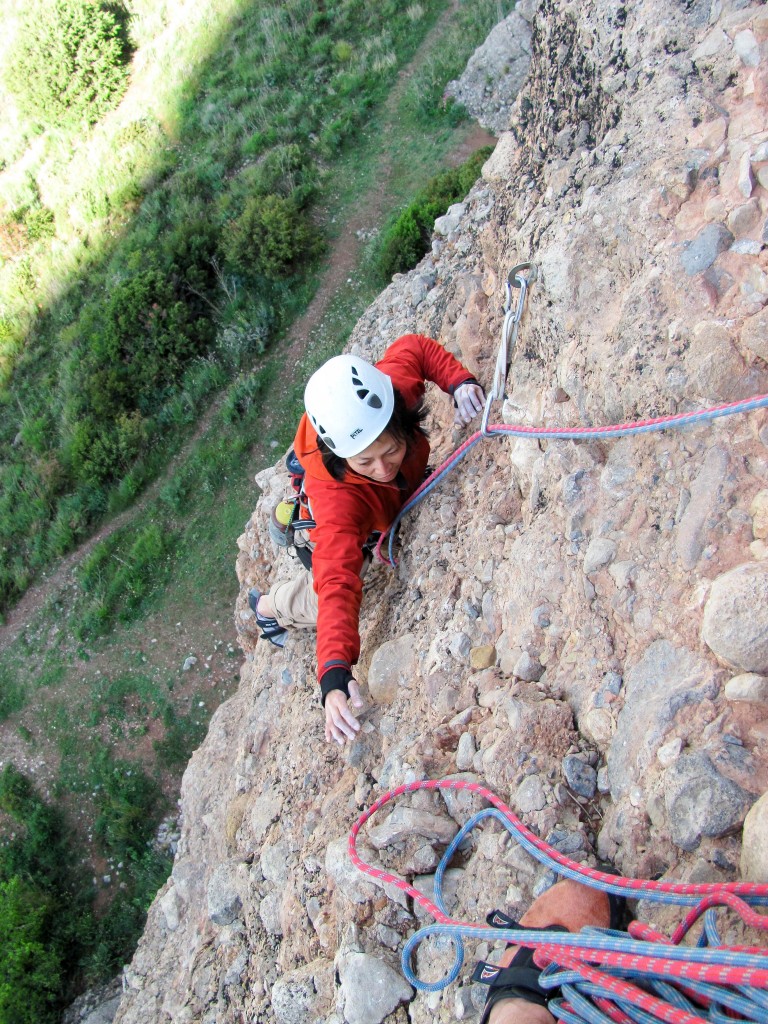 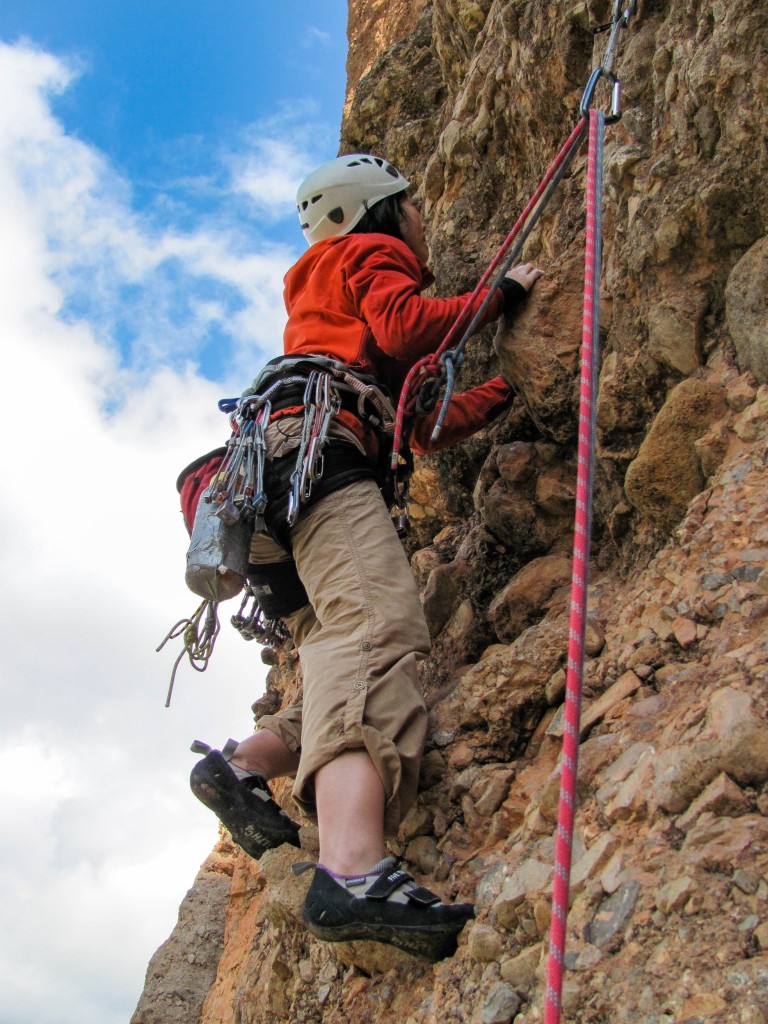 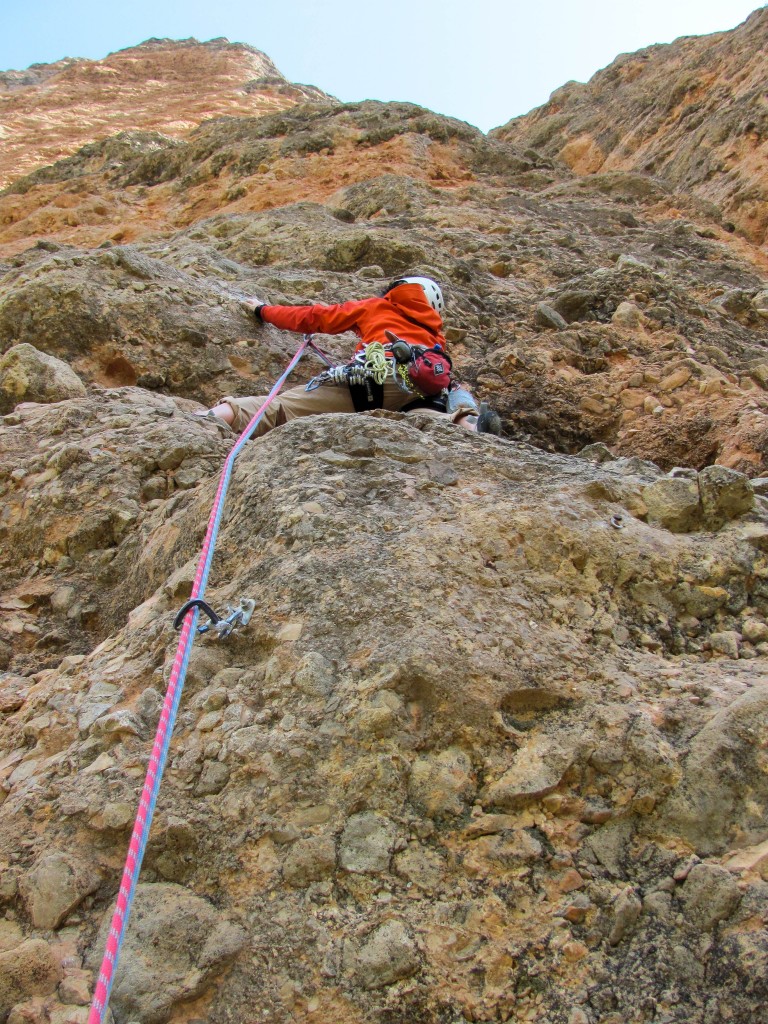 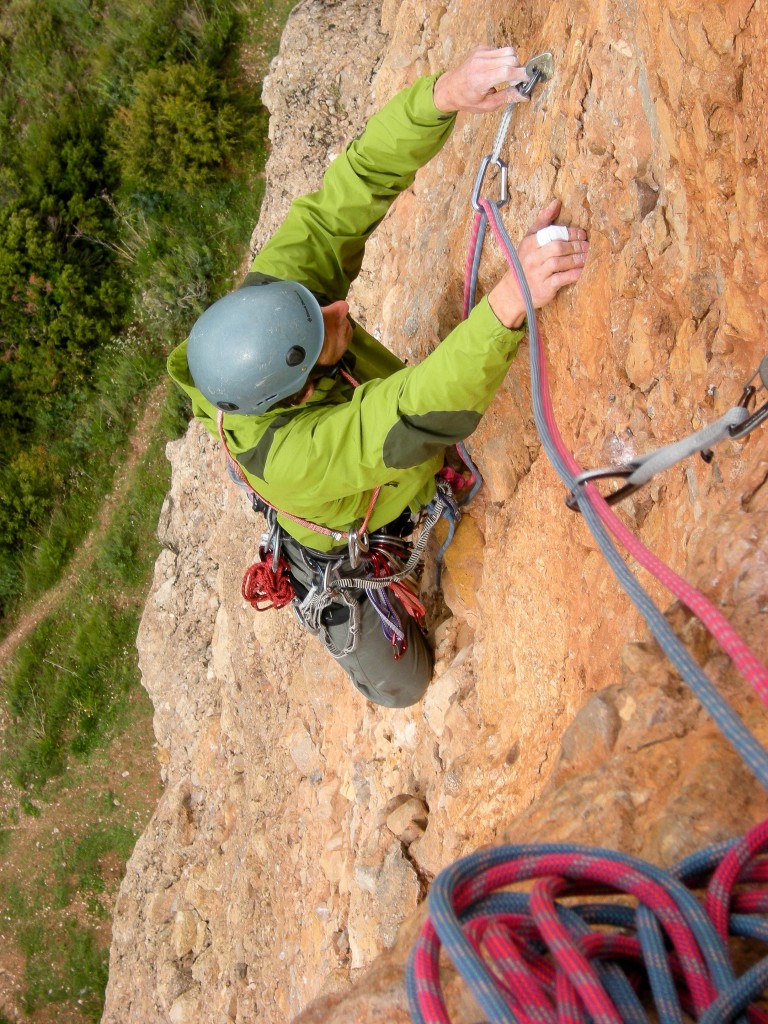 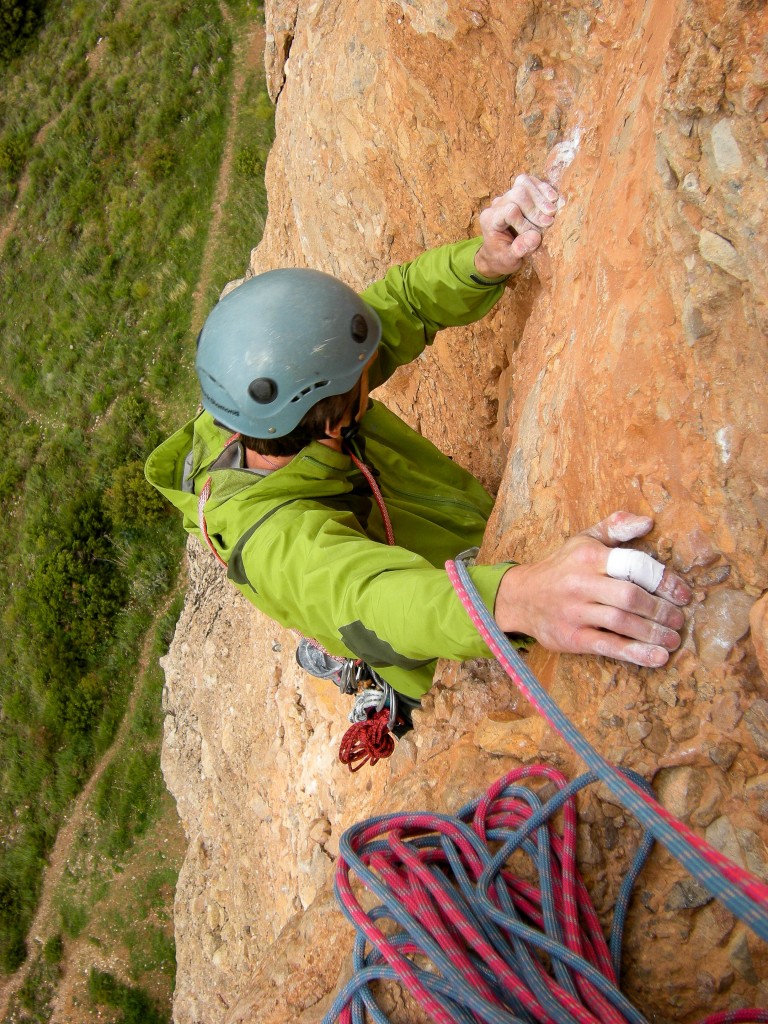 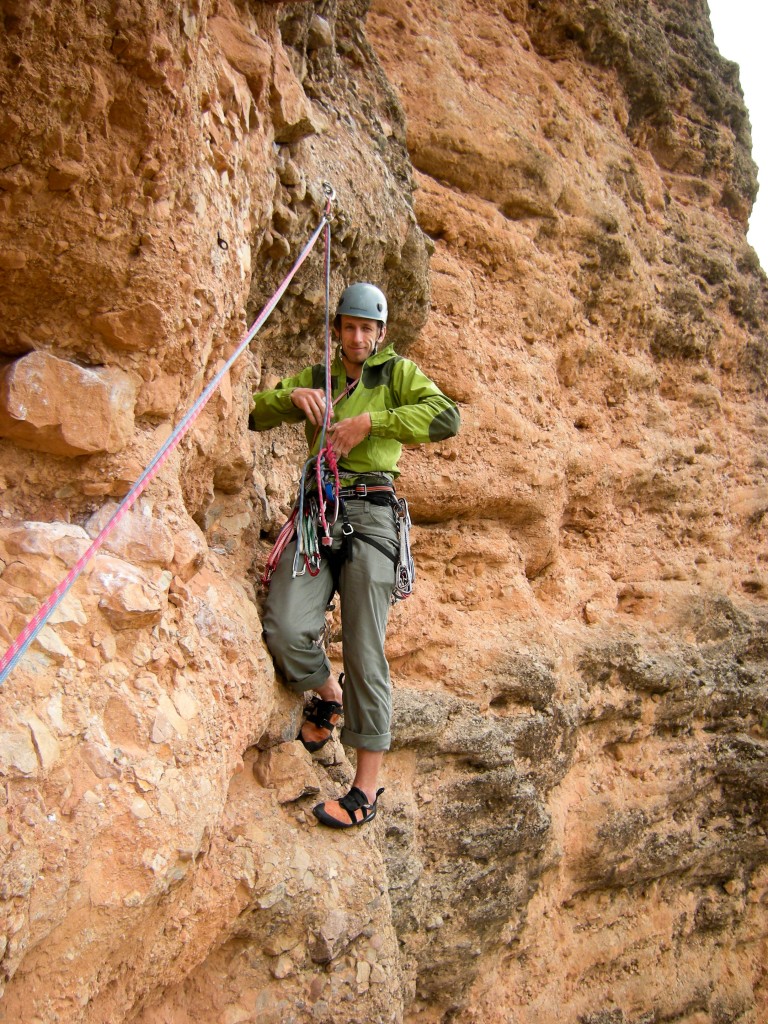 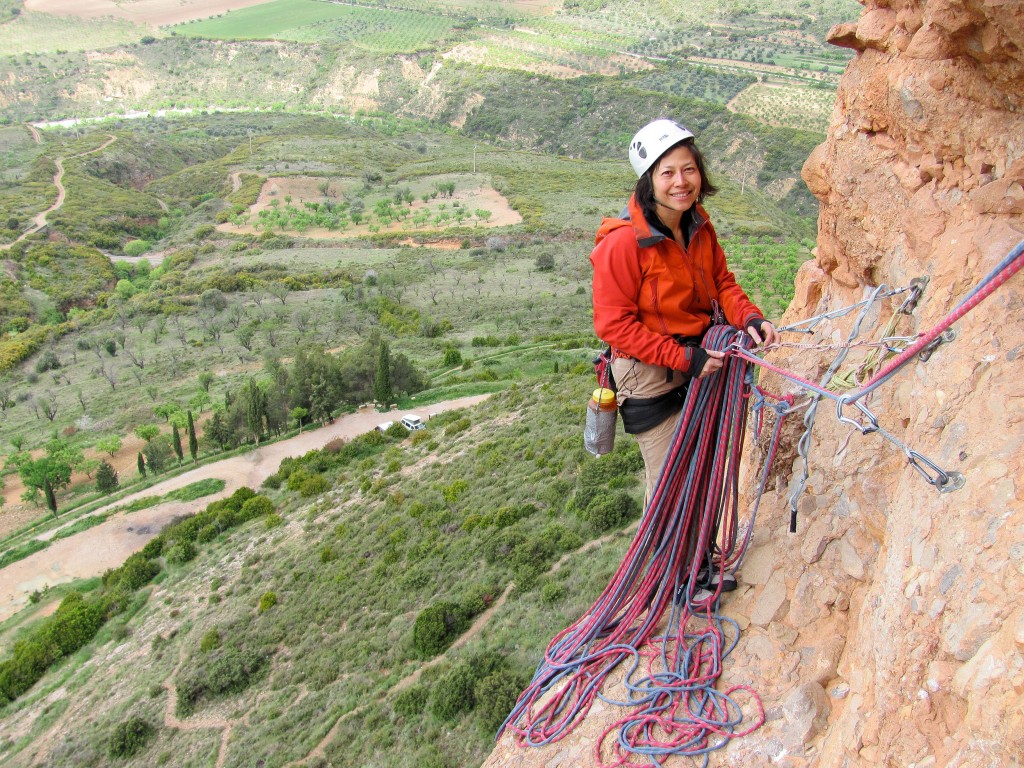 Shirley at the second belay on Chooper (May 2010). 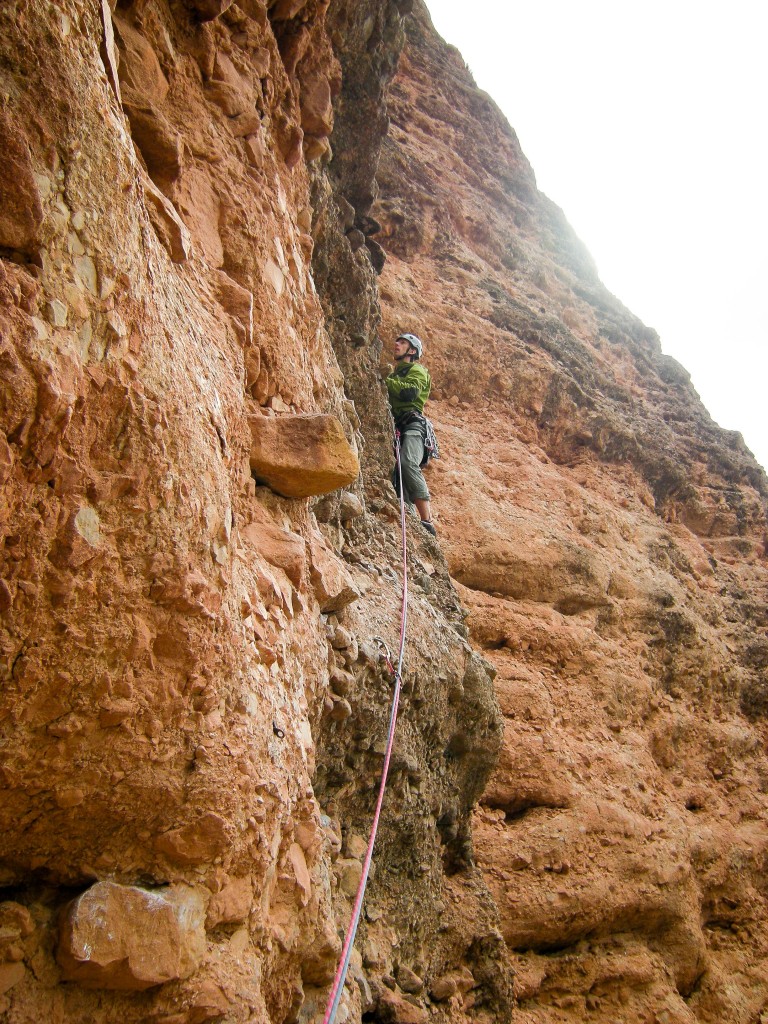 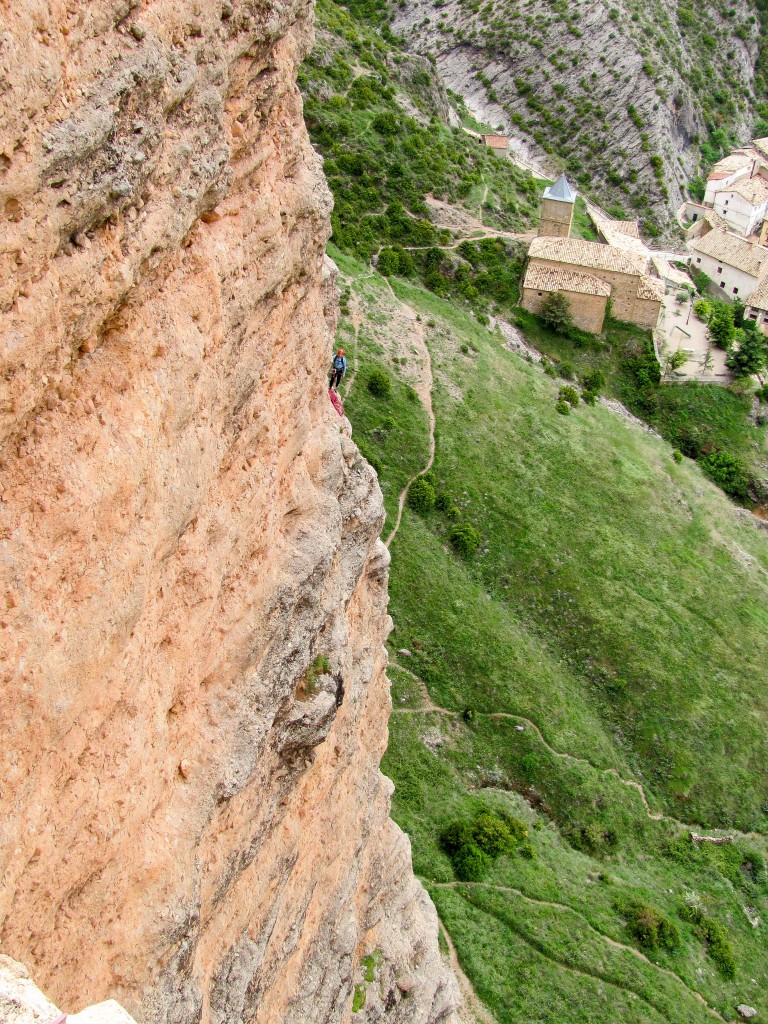 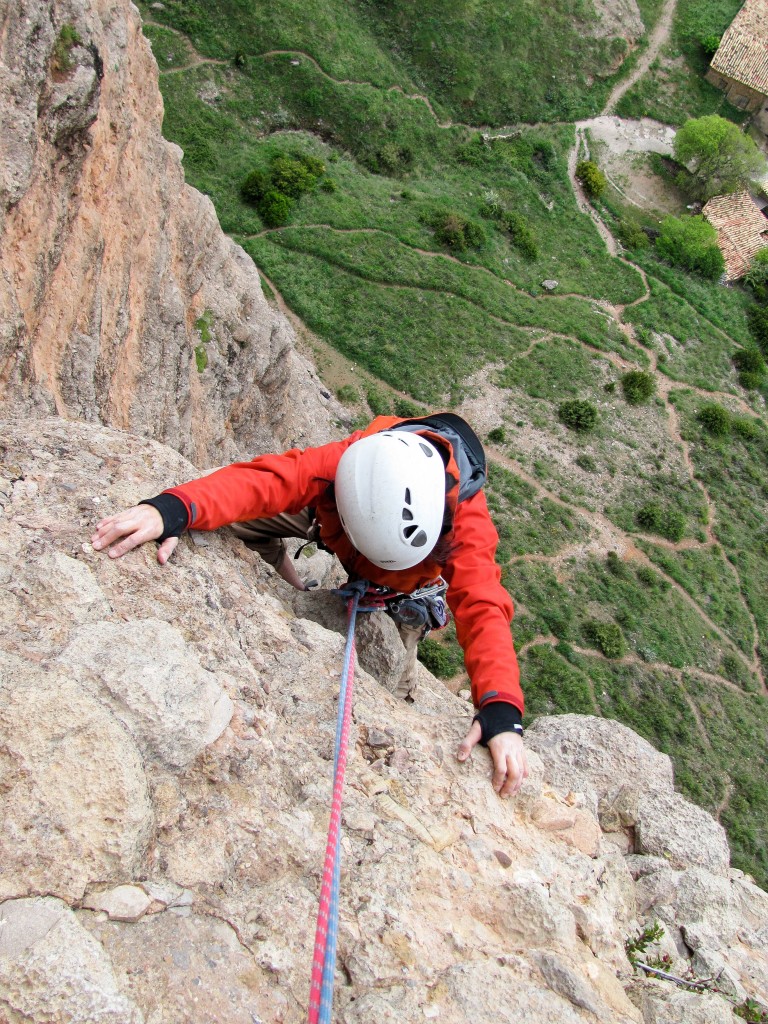 Shirley arriving at the third pitch and our highpoint on Chooper (May 2010). 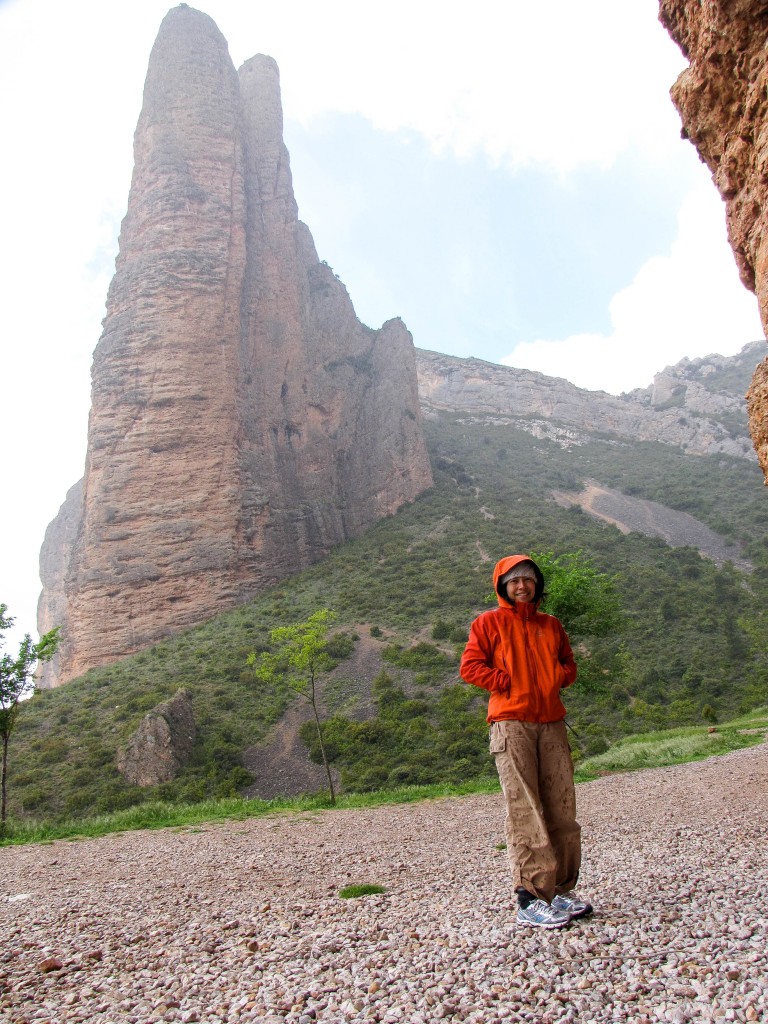 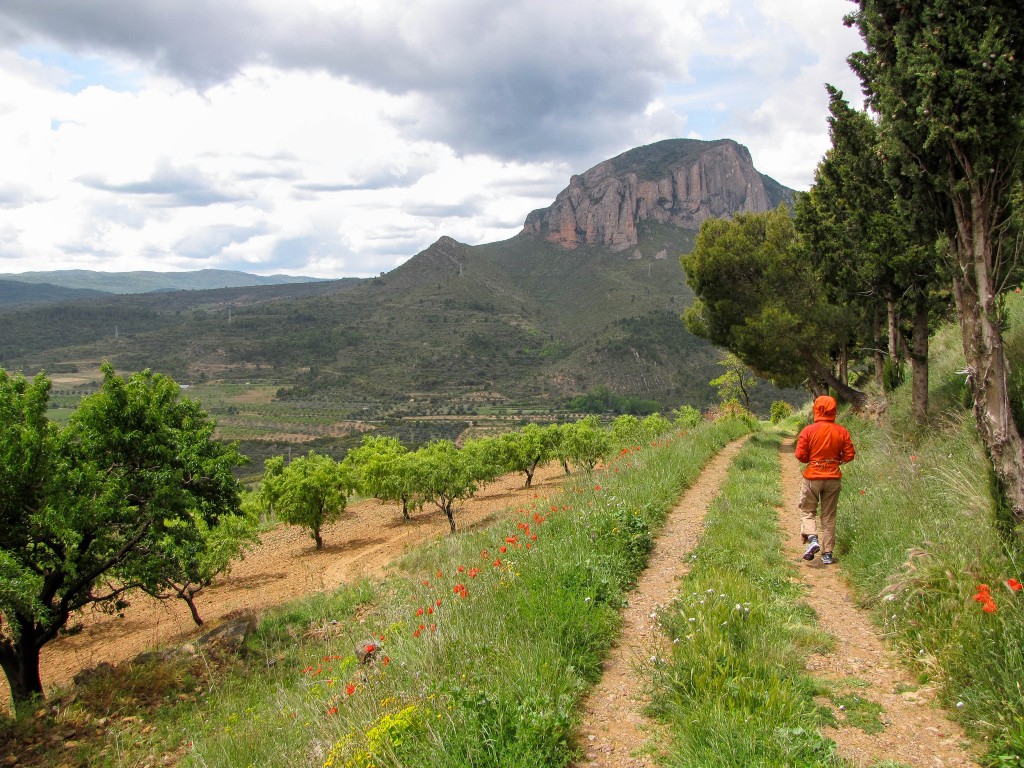 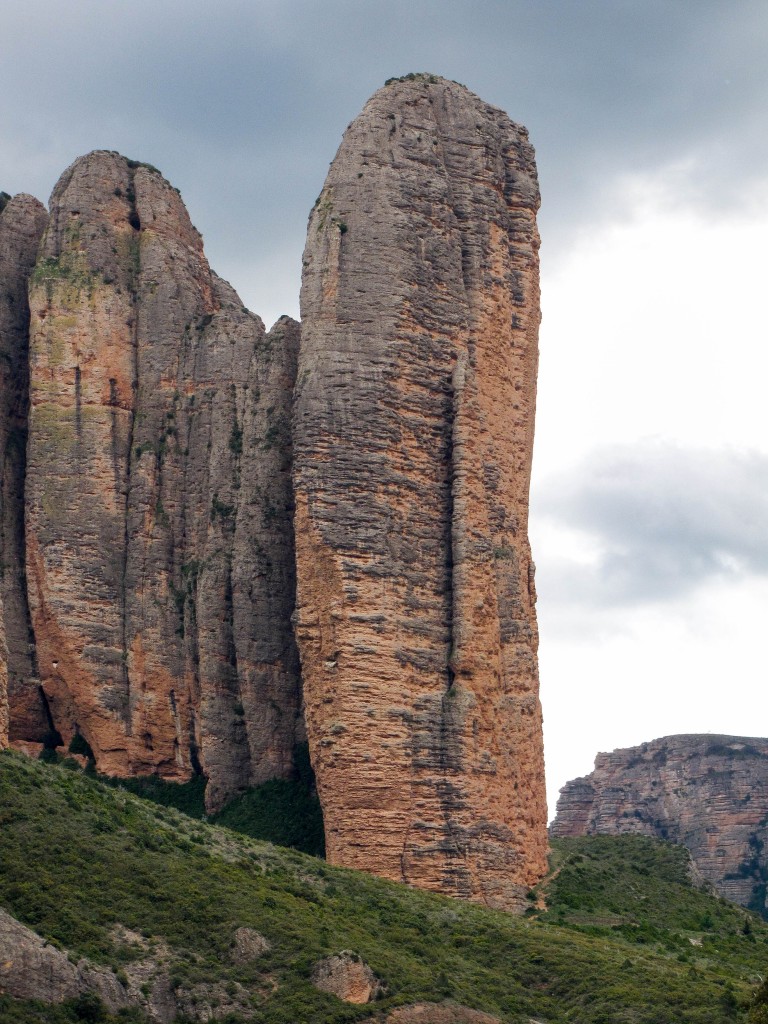 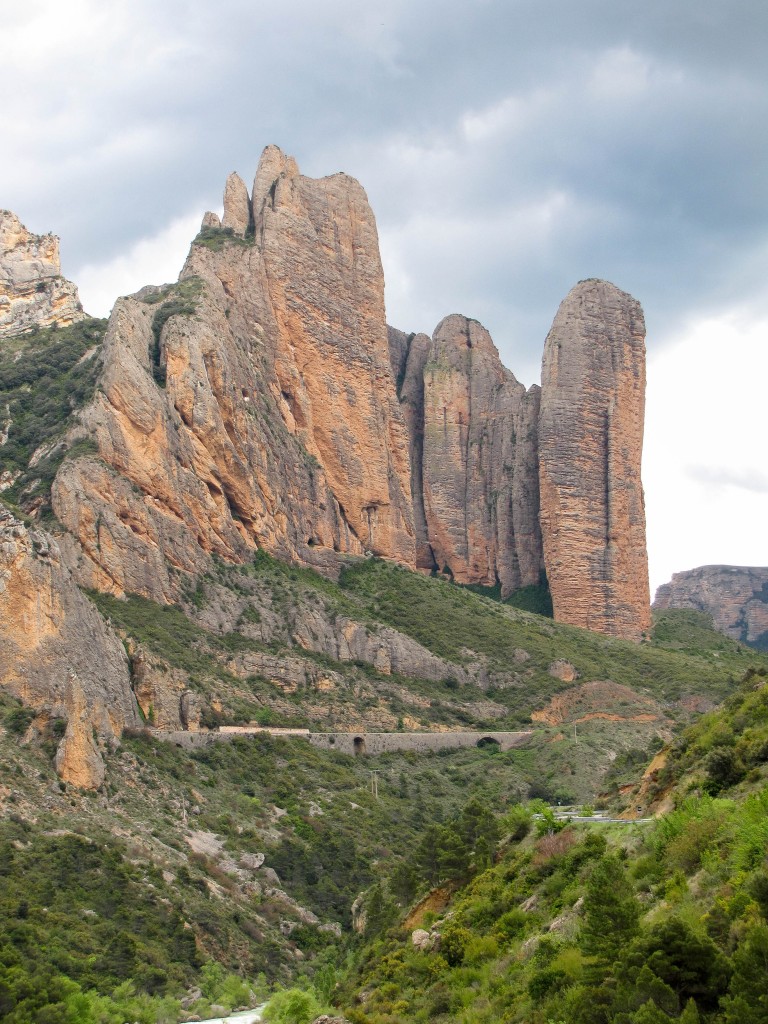 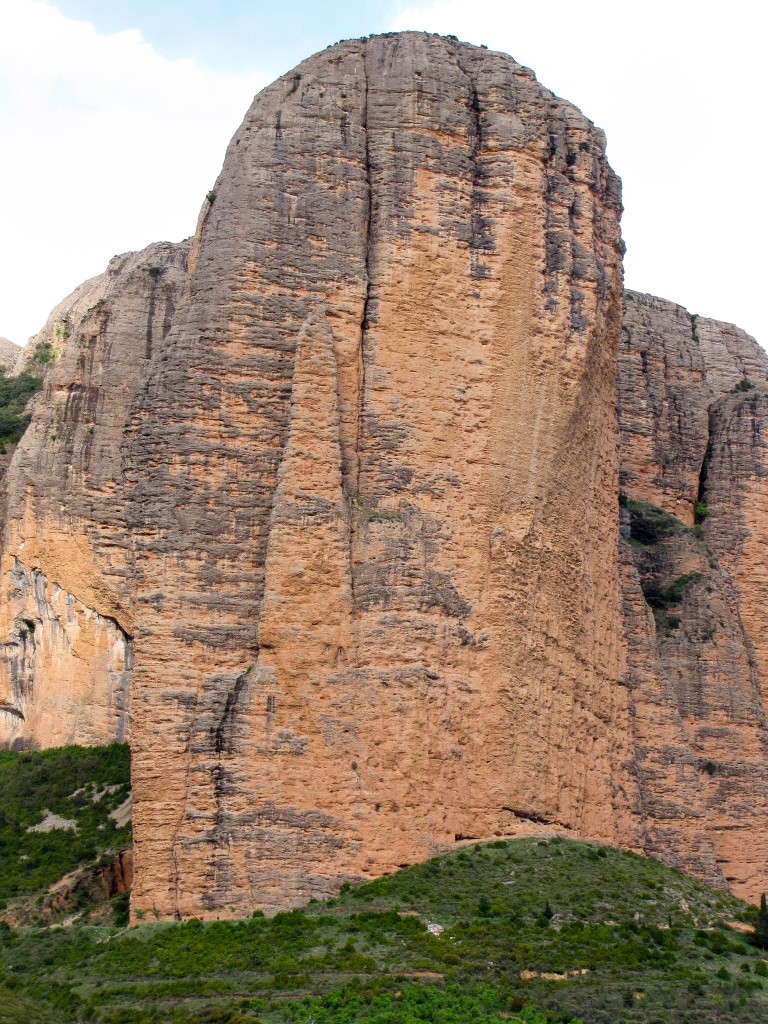 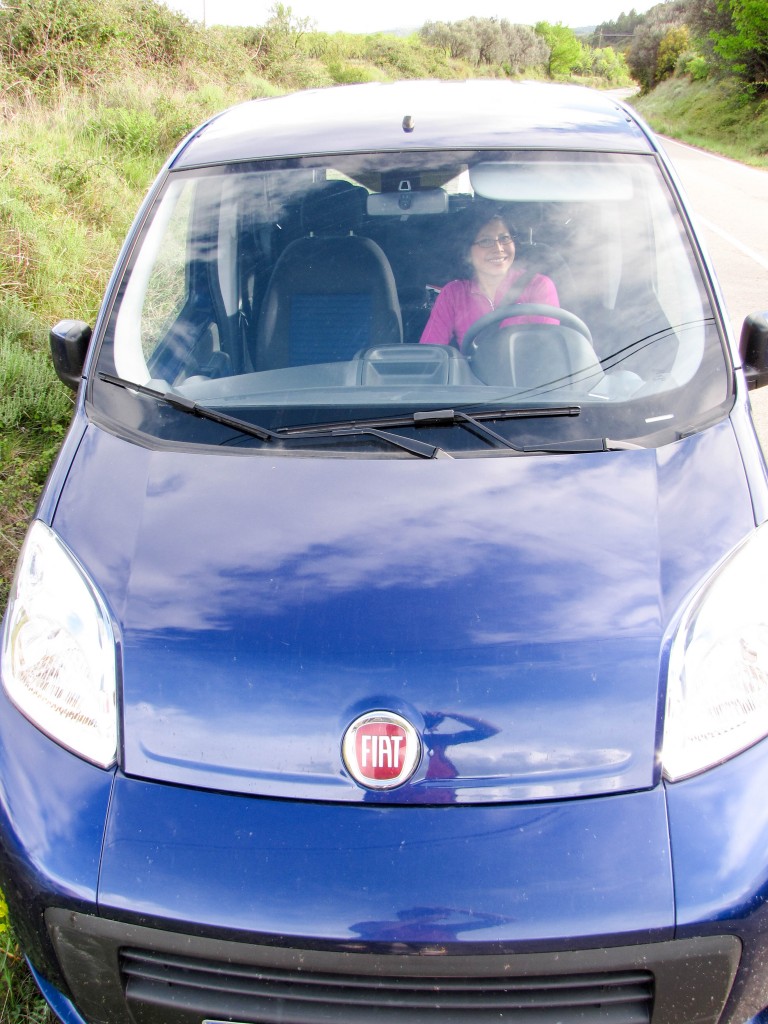 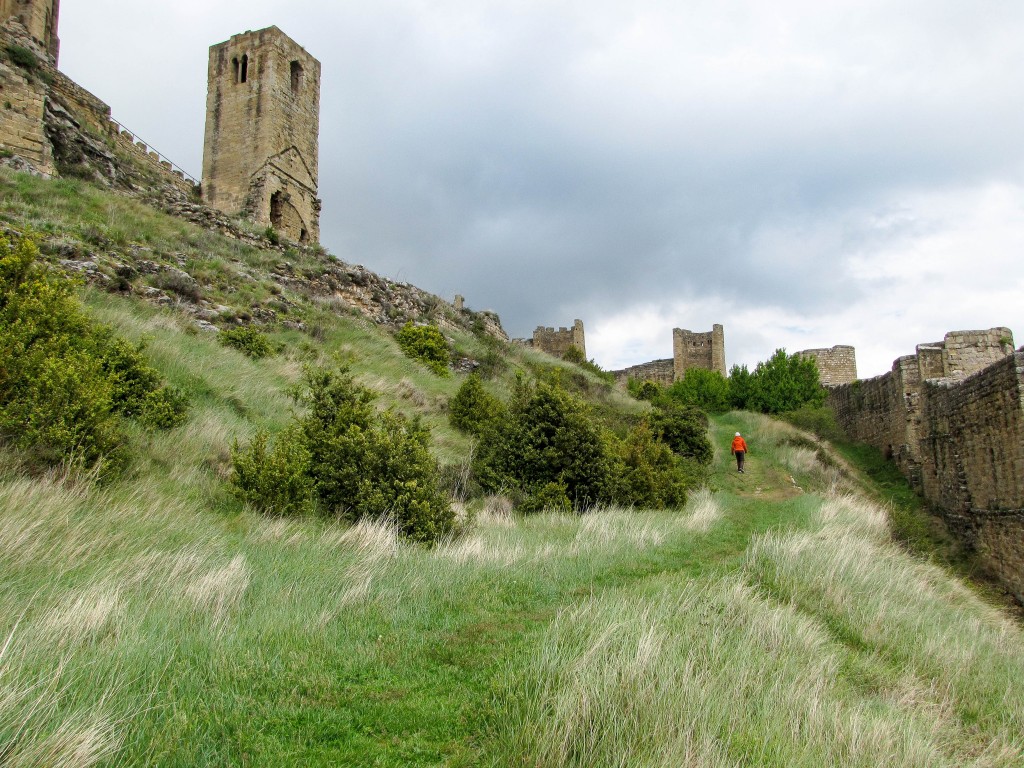 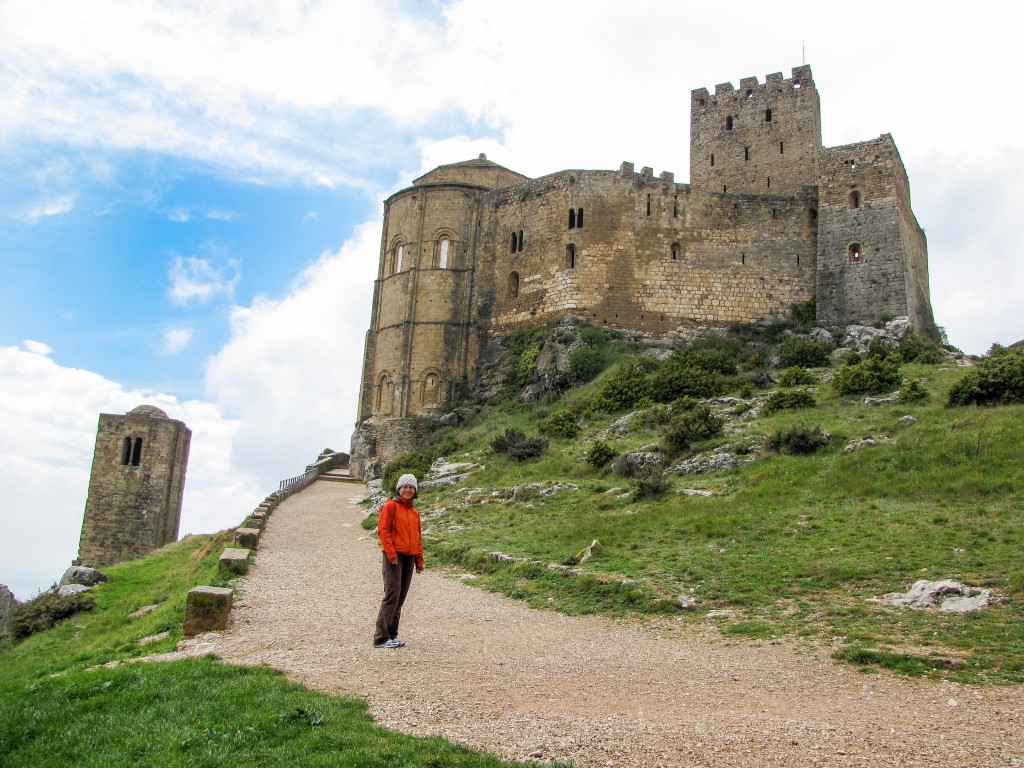 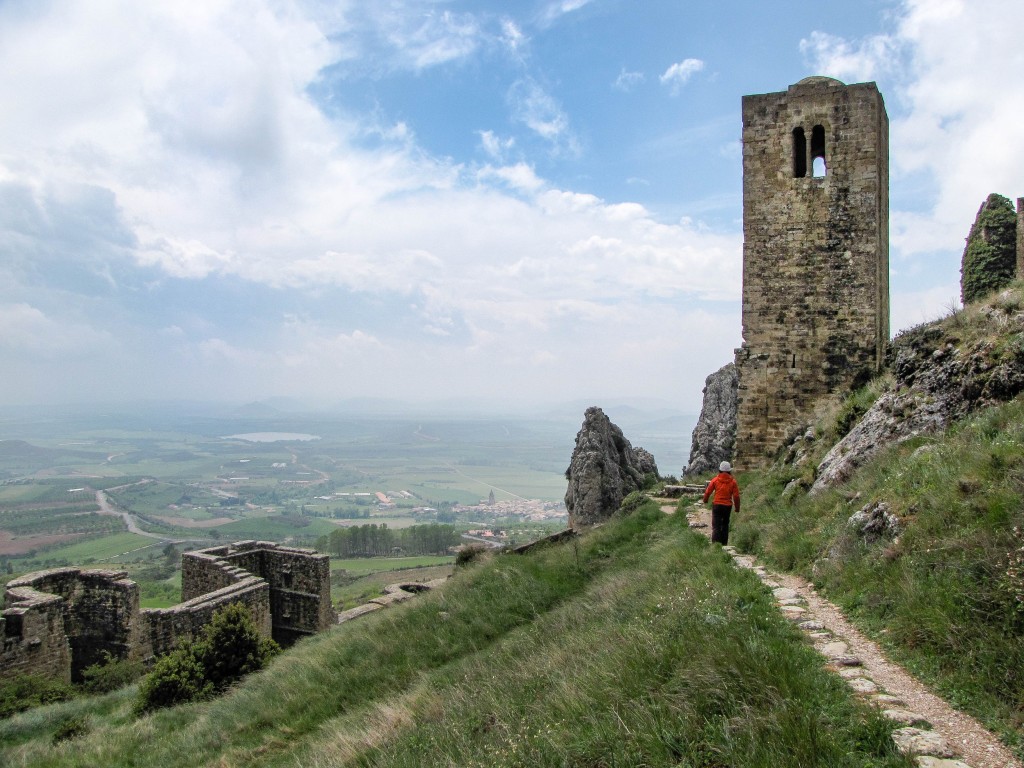