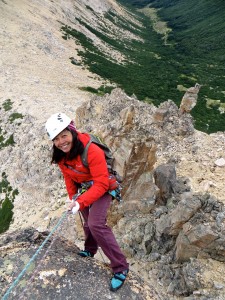 Somebody must’ve gotten wind that we had arrived and so the weather turned to shit the following day. We woke up to overcast skies and some light misting. Still, as is the case with new areas for us the motivation was high. We thumbed through the book looking for something not too far from camp and not too difficult. The 5-pitch (6a) Del Techo on Aguja El Abuelo 20 minutes from camp fit the bill. Good climbing even if the direct start variation was a sandbag – 120 feet of 4th class and four 5.10 moves I guess averages out to a French “5”. We thought about doing some single pitch thing on Aguja M2 afterwards but were kind of cold. Called it a day in worsening winds. 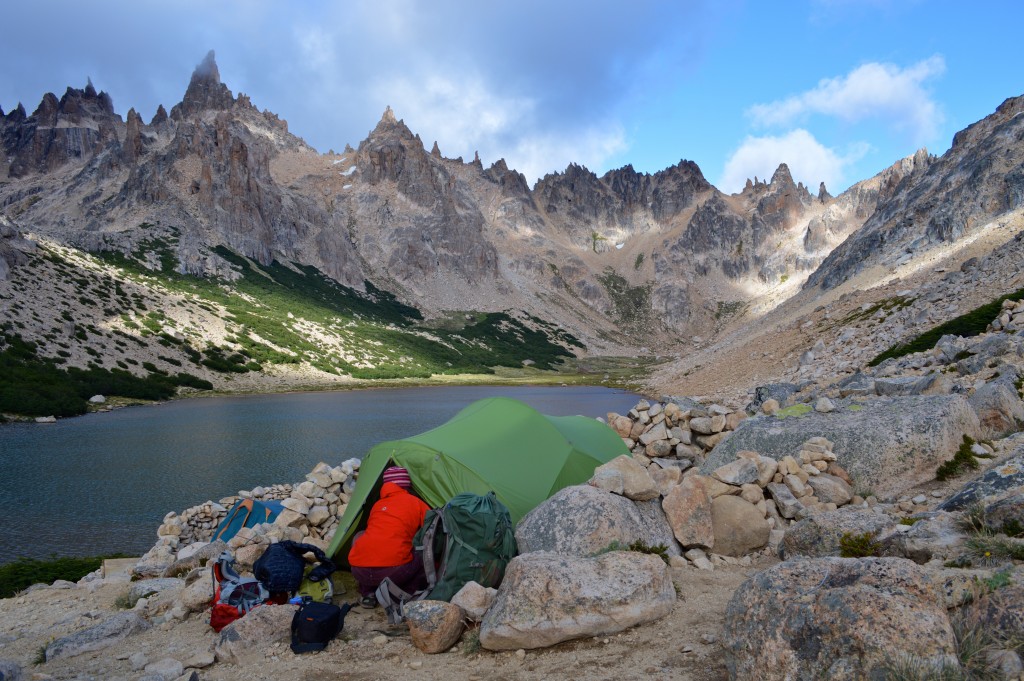 Constantly cold and only occasionally not windy (Feb. 2015). 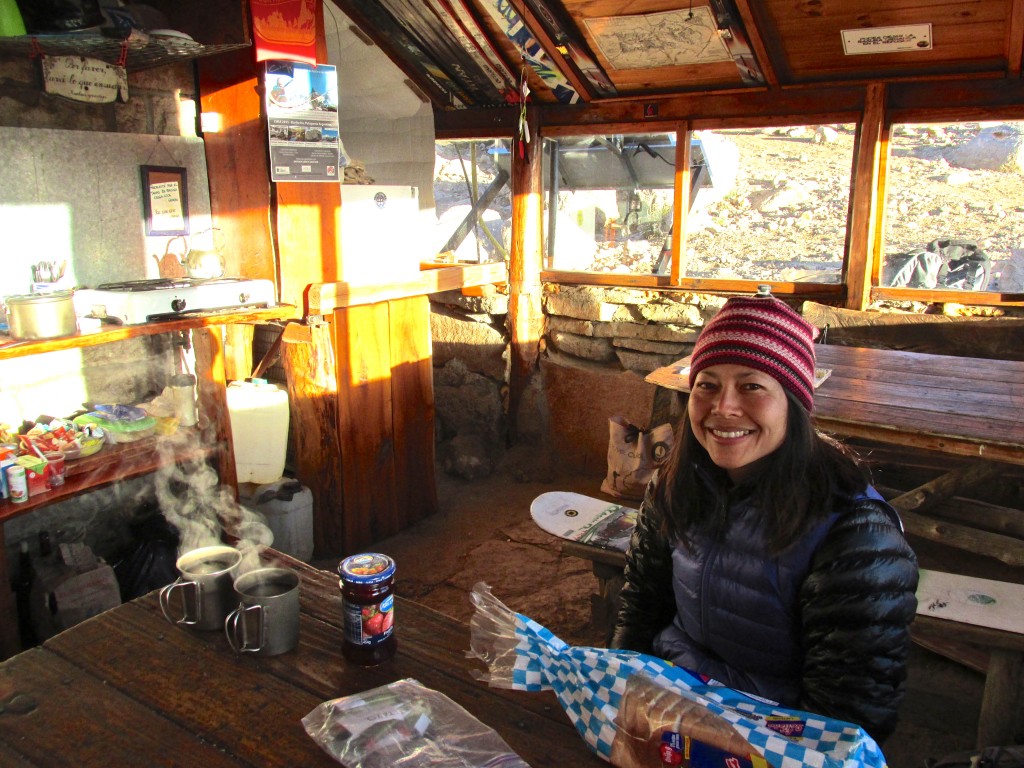 Psyching up for a cold and windy day of climbing over some hot coffee and bread-jam breakfast in the shared kitchen of the refugio (Feb. 2015). 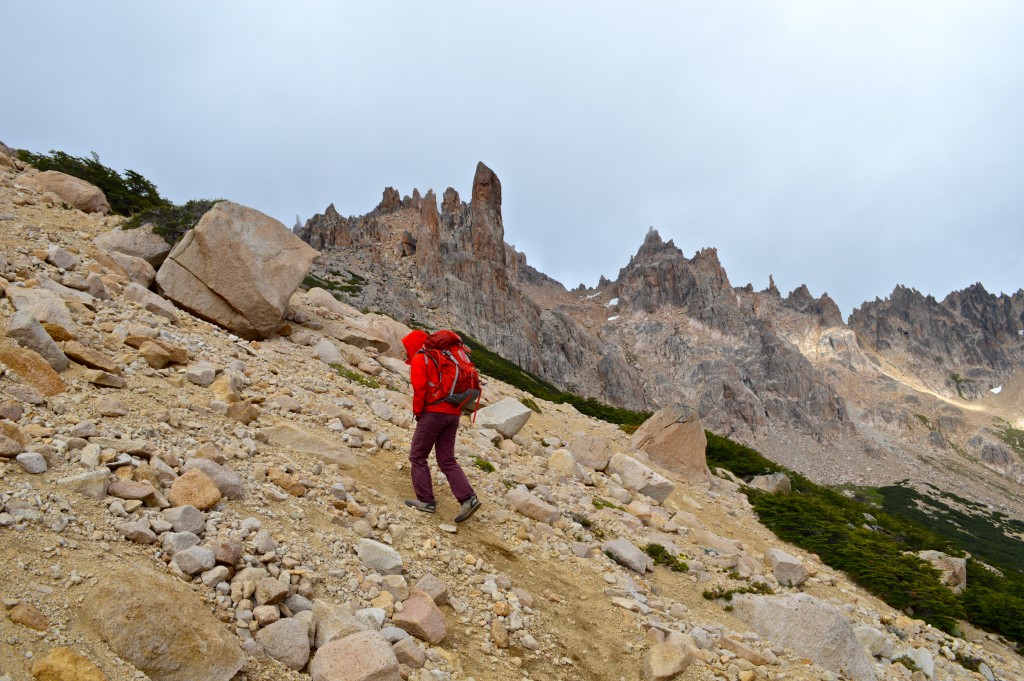 On approach to Aguja El Abuelo. During the first 5 days we never broke a sweat …cold and very windy (Feb. 2015). 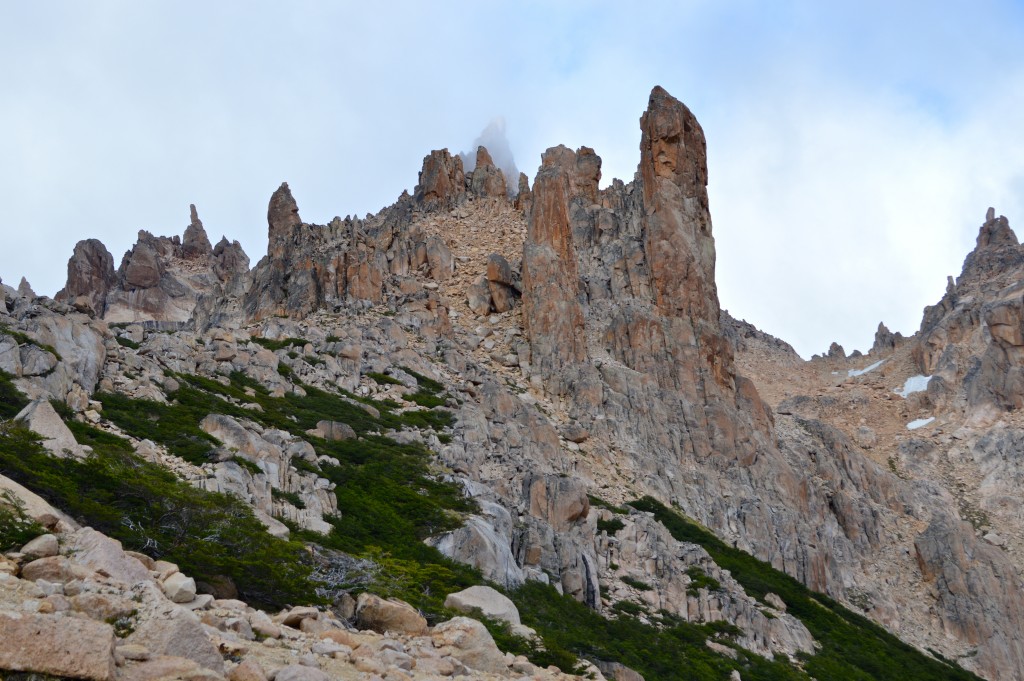 Aguja El Abuelo is the tallest formation in the photo. Del Techo route climbs the right hand face visible in profile (6a, 5 pitches). 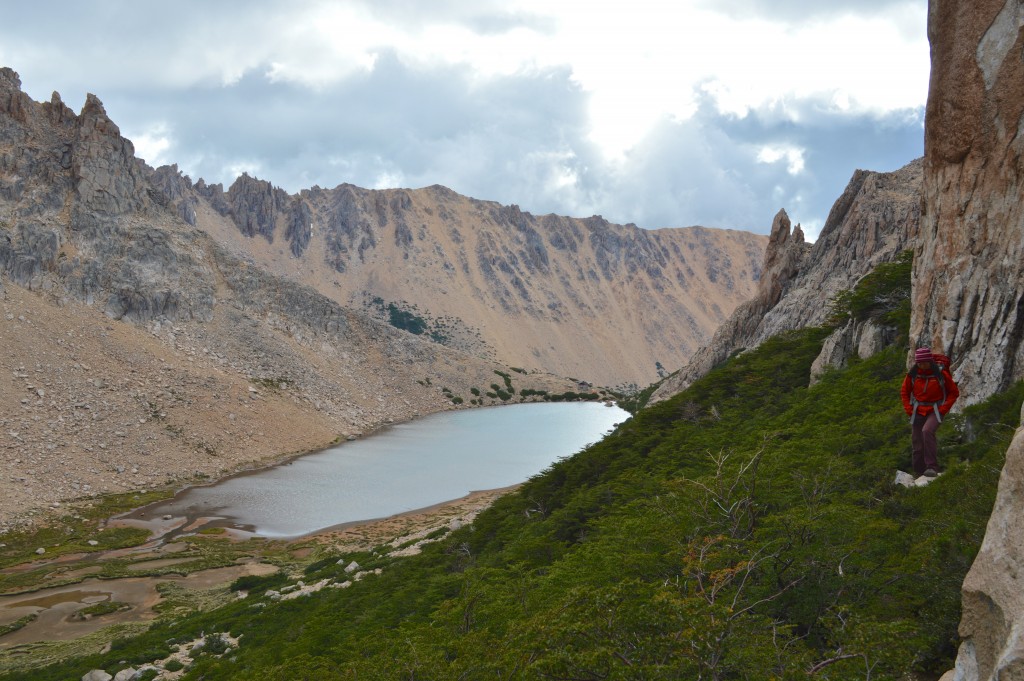 Hiking over to the direct start to the Del Techo route. The so called “5” start was like three notches harder than the advertised 6a crux of the route (Feb. 2015). 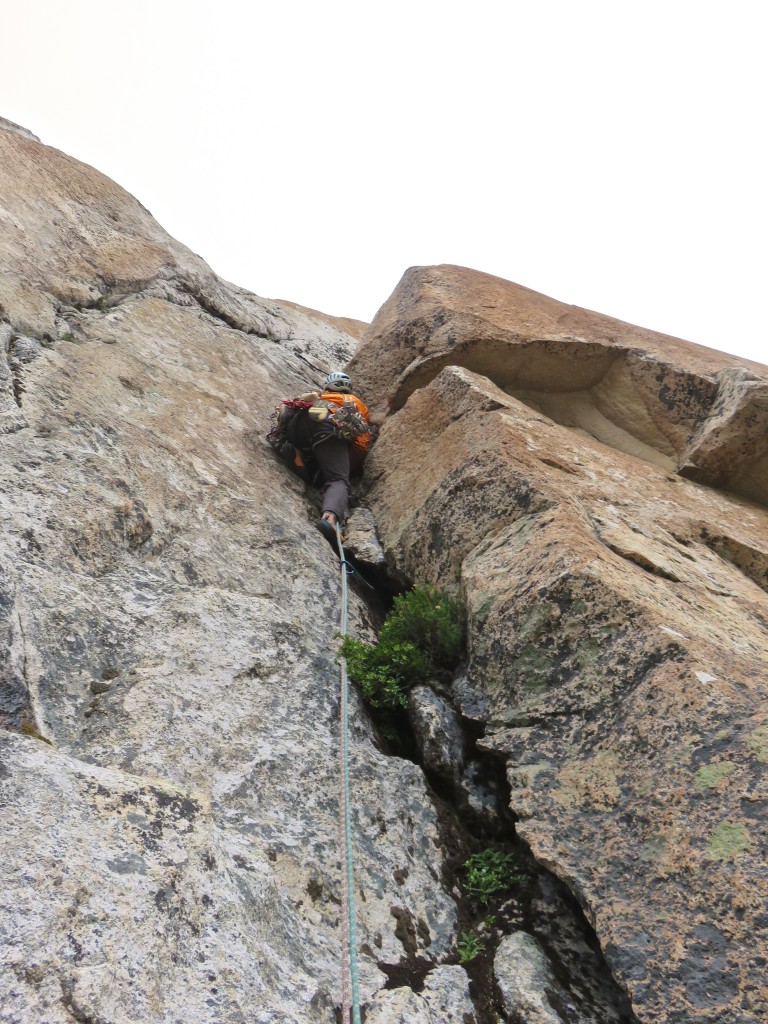 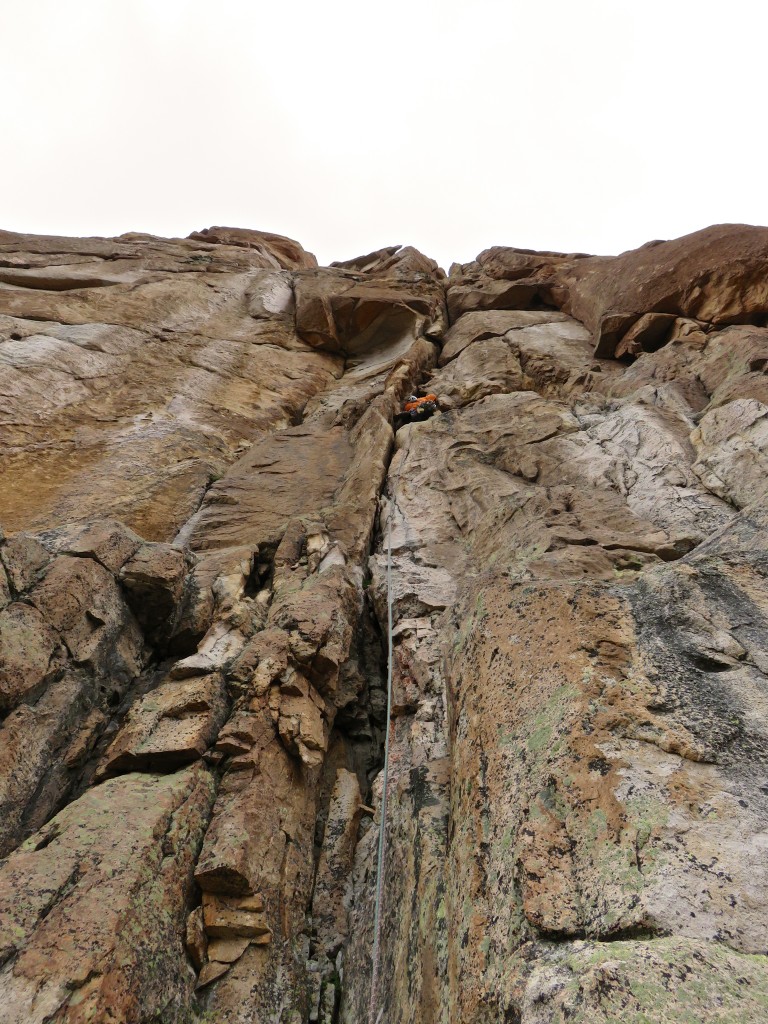 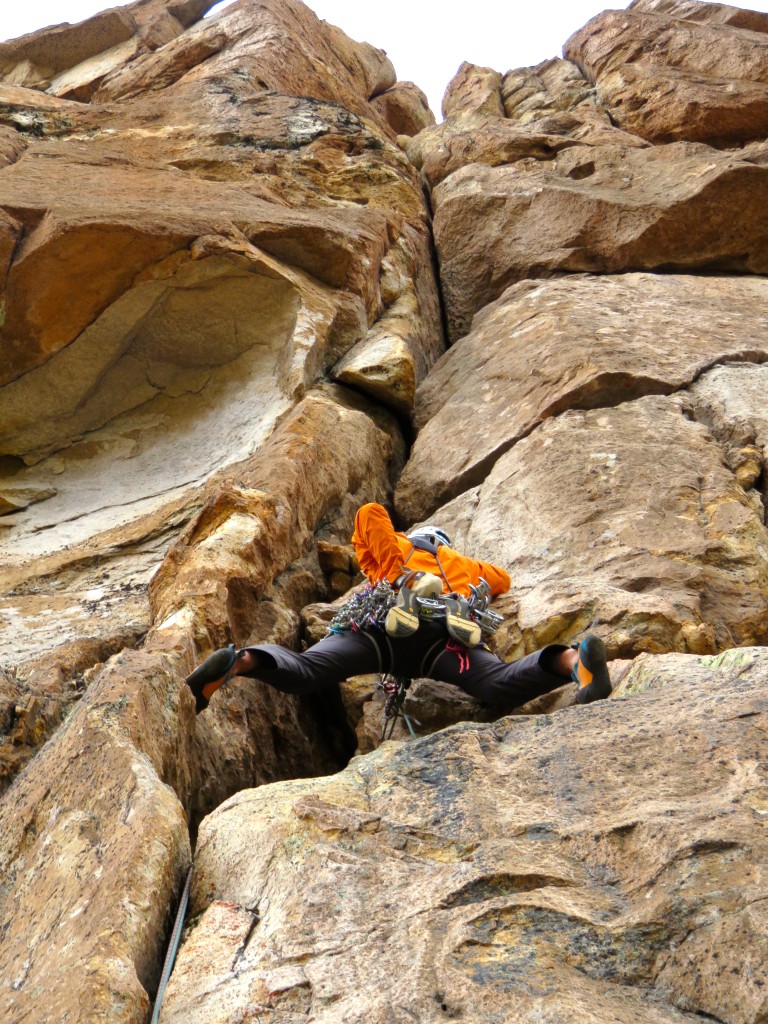 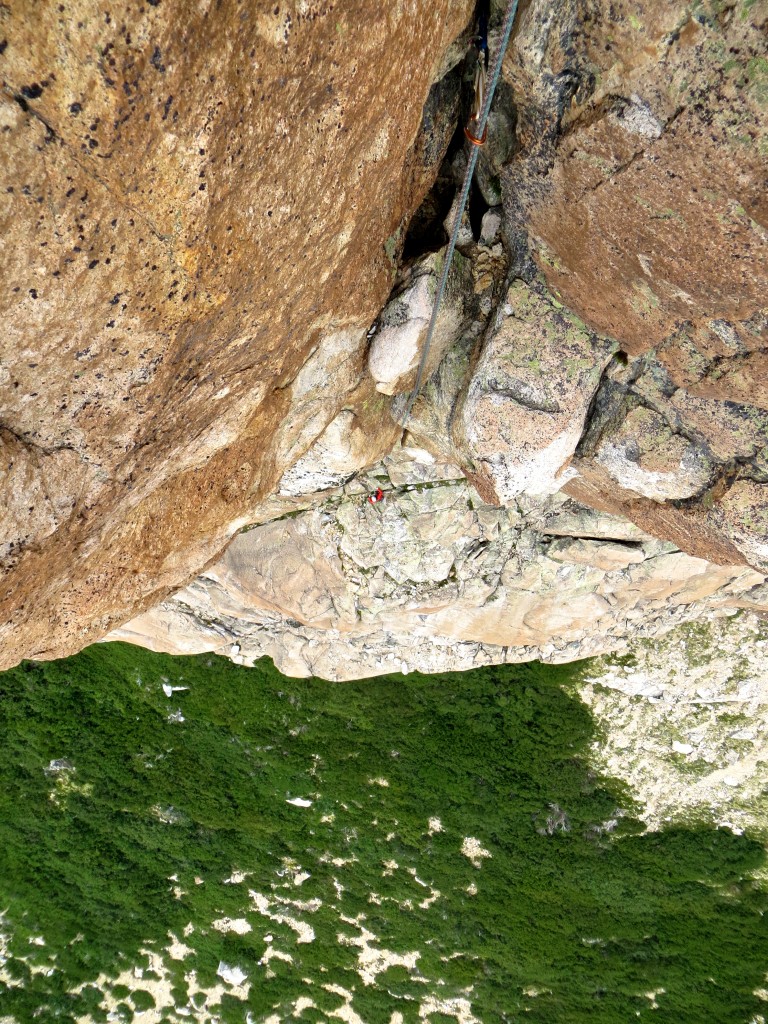 Looking back at Shirley from above the crux of Del Techo route (pitch 3; Feb. 2015). 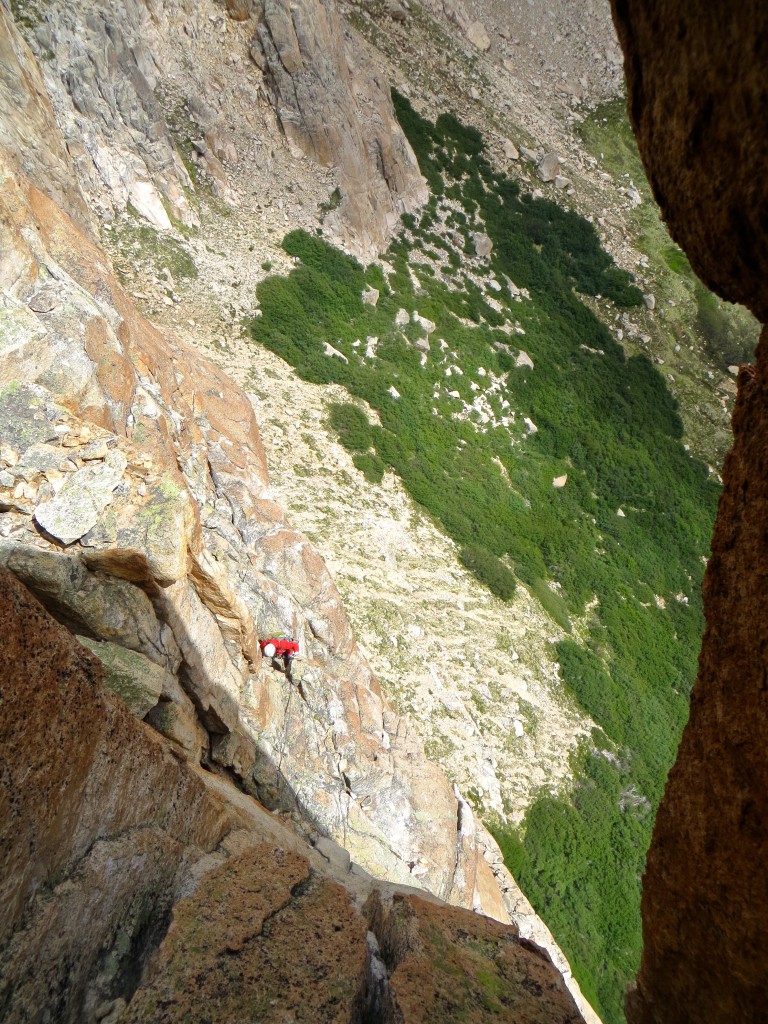 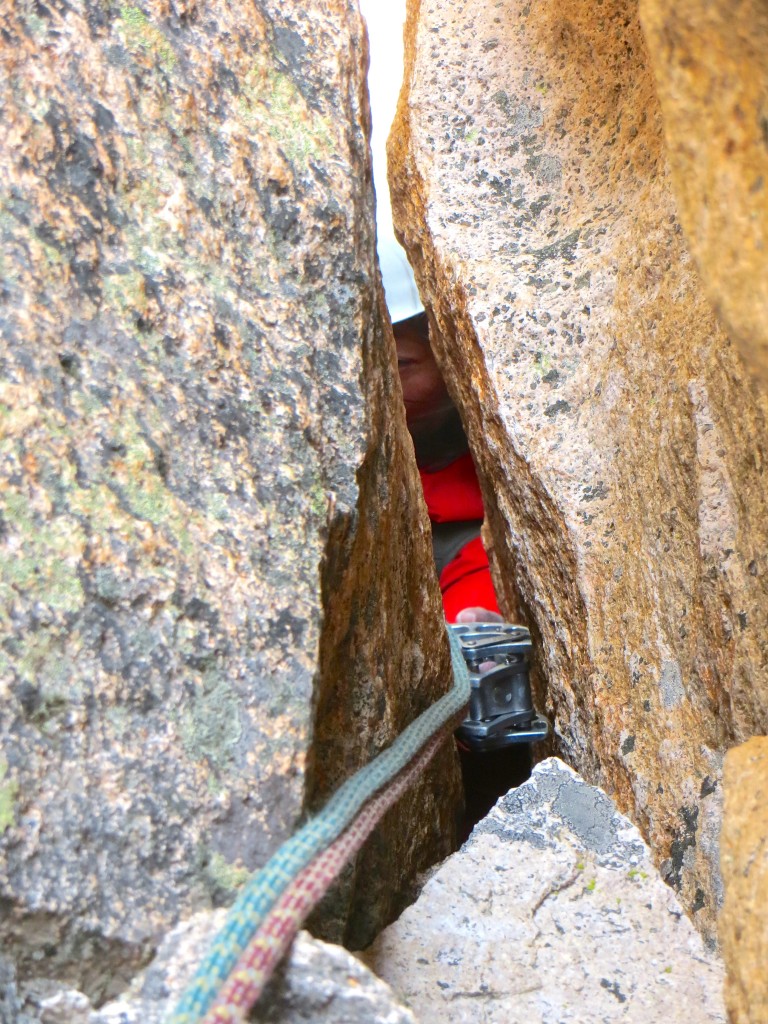 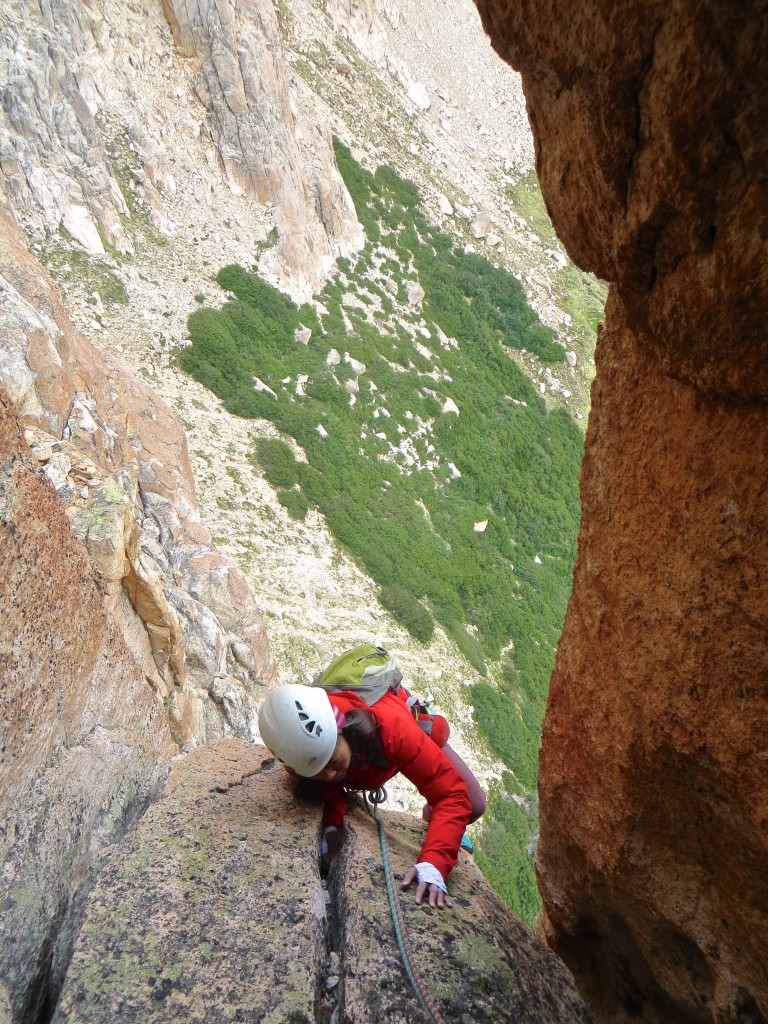 Pitch 4 topout. We belayed a bit higher than the book suggested but could not quite make the top with the rope drag. Summit is about 40 feet above (Feb. 2015). 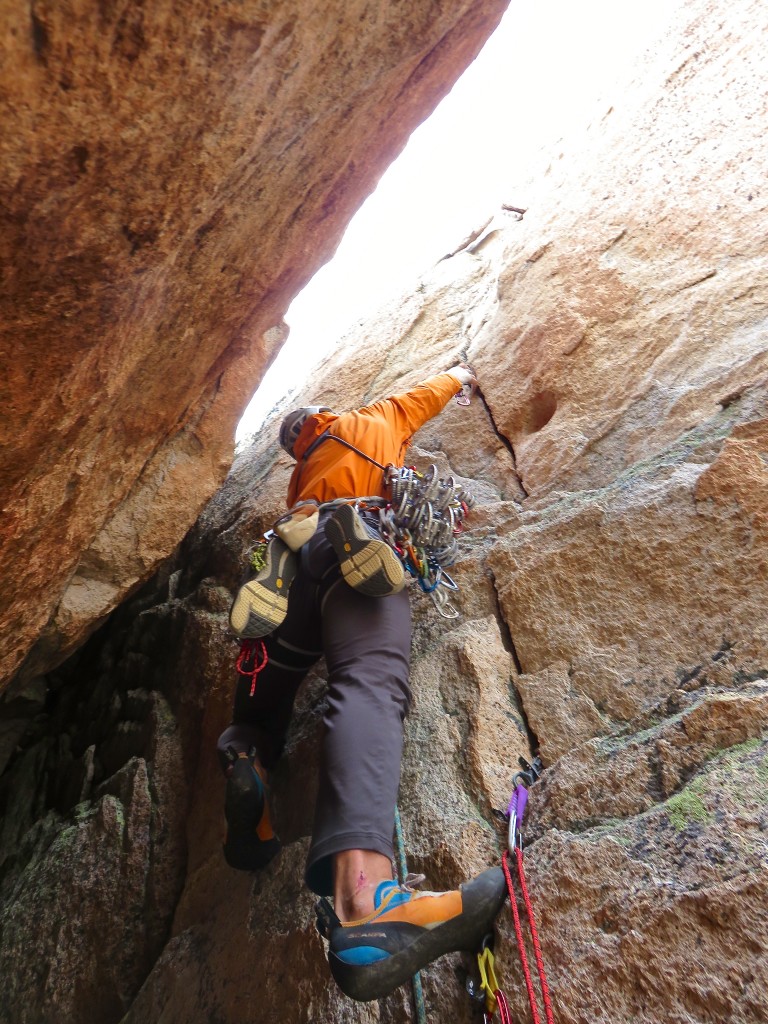 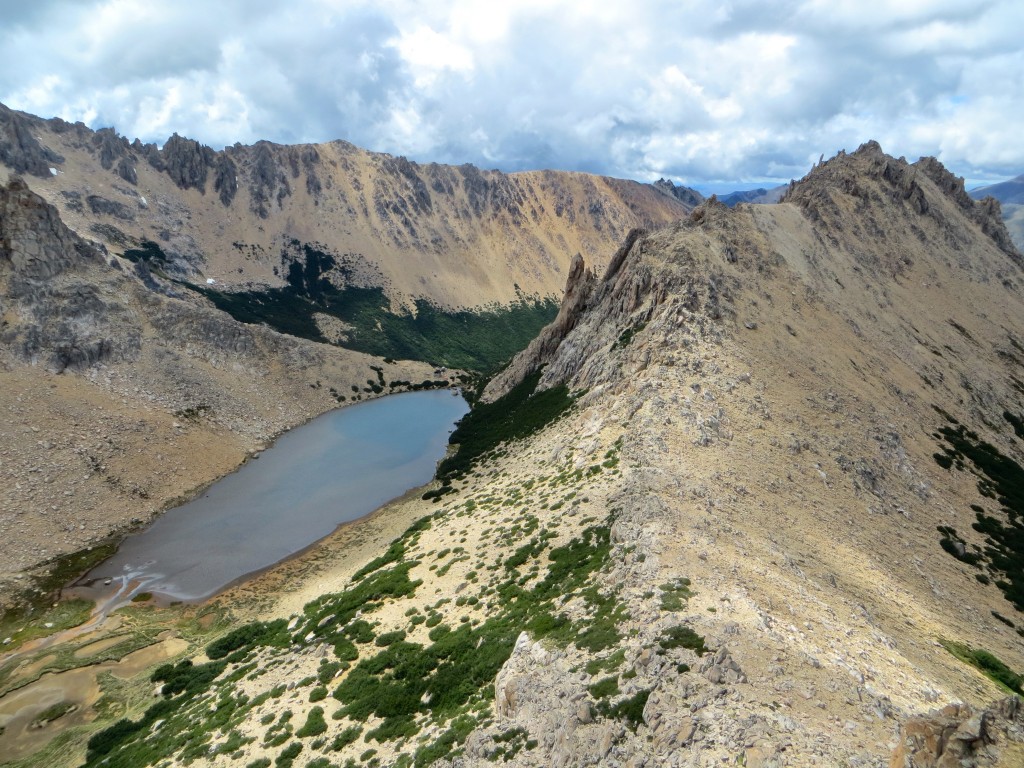 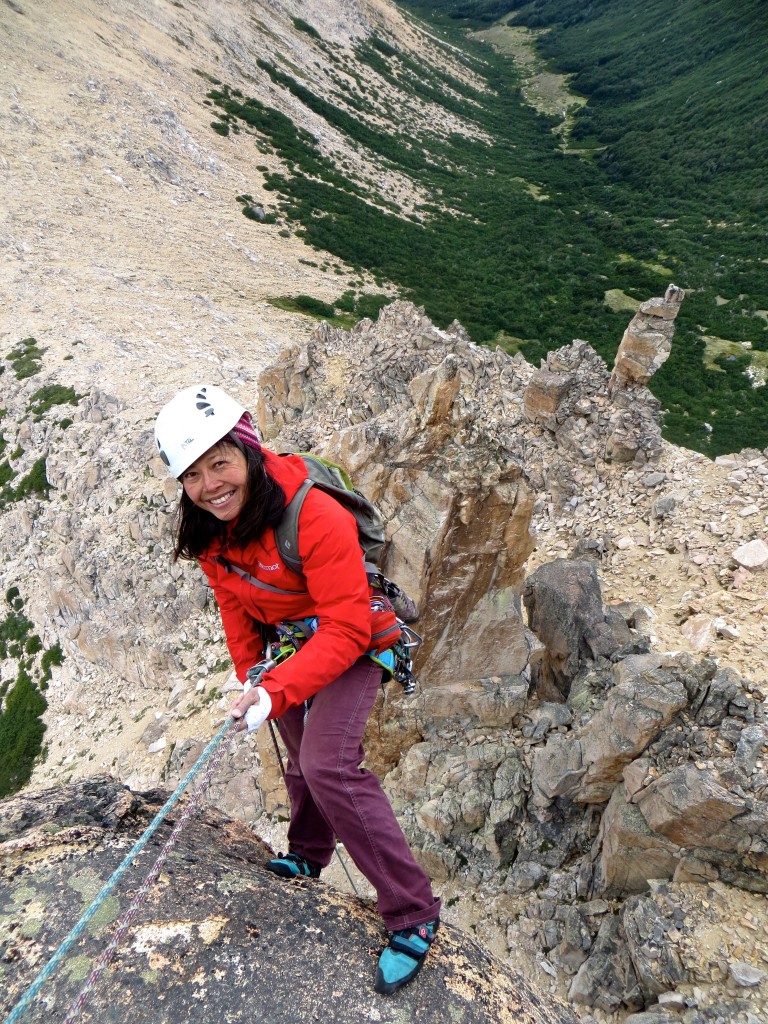 Shirley rapping off El Abuelo (Aguja M2 is in the background).

Go to Aguja Frey.
Go back to Frey.