Half Day In Montserrat

Go back to Spanish Road Trip.
Go back to Day In Montserrat. 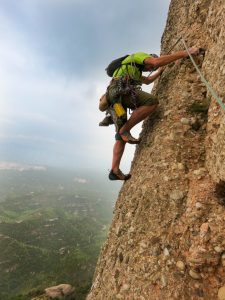 The weatherman was giving us until noon-ish for dry weather. Once again, Ferran came to the rescue with a suggestion. The 5-pitch, 6a Cerdà-Riera on Bandereta turned out to be the right call for a half-shitty day and the rain held off till we were already walking down from the climb.

Later that evening we were back in Madrid enjoying the final liter of wine before flying home the next morning. We’ll try for the Picos in the future – Naranjo de Bulnes look fantastic – though we’ll probably try it in late June instead. Looking at the weather cartoons, it seems that all the systems coming off the north Atlantic make their first stop along the backbone of Scandinavia, northern edge of Scotland and the north coast of the Iberian Peninsula (all three places have good looking climbing and shit weather in common). 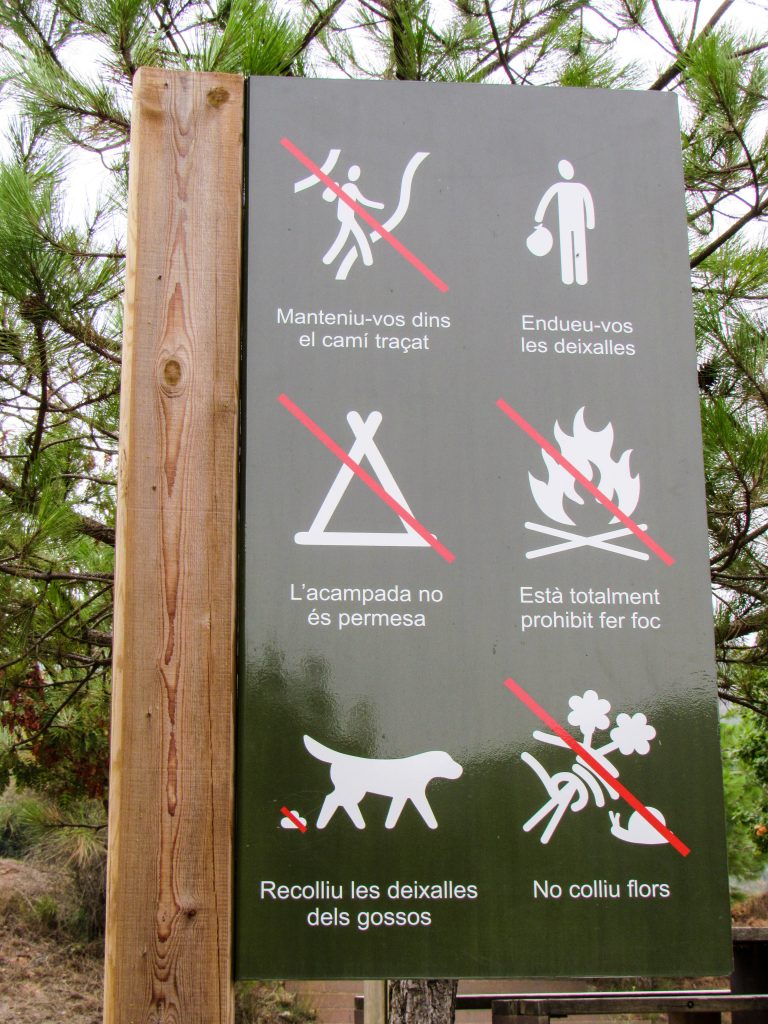 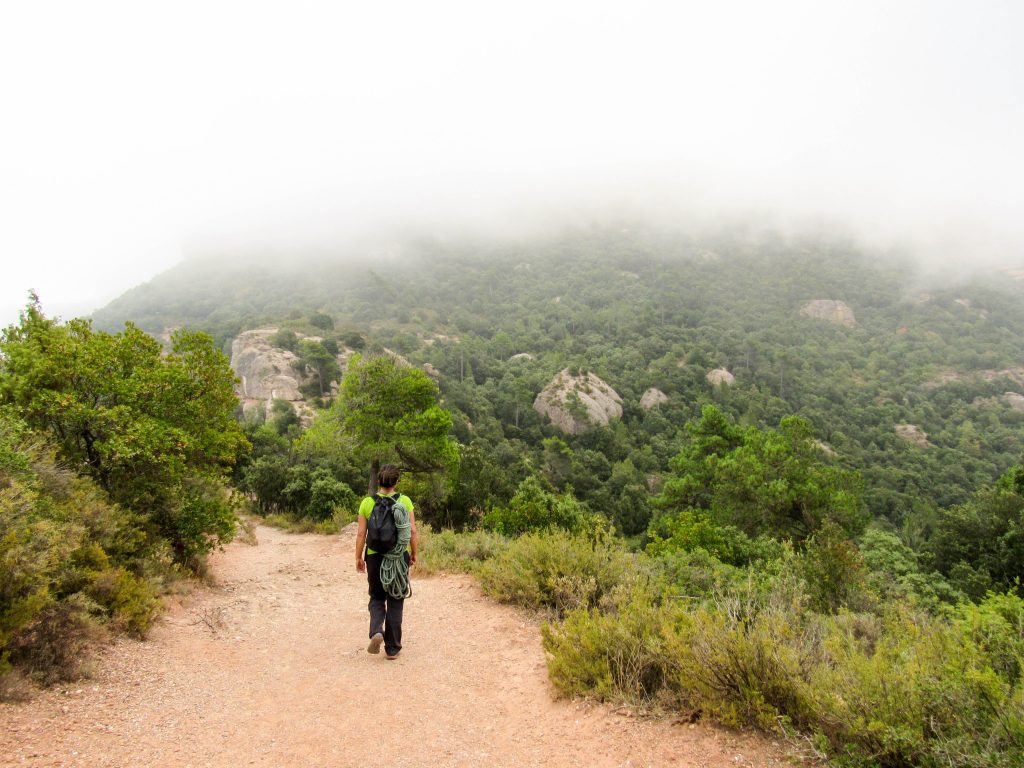 Hiking in to the Bandereta formation – hidden in the clouds (Sept. 2017). 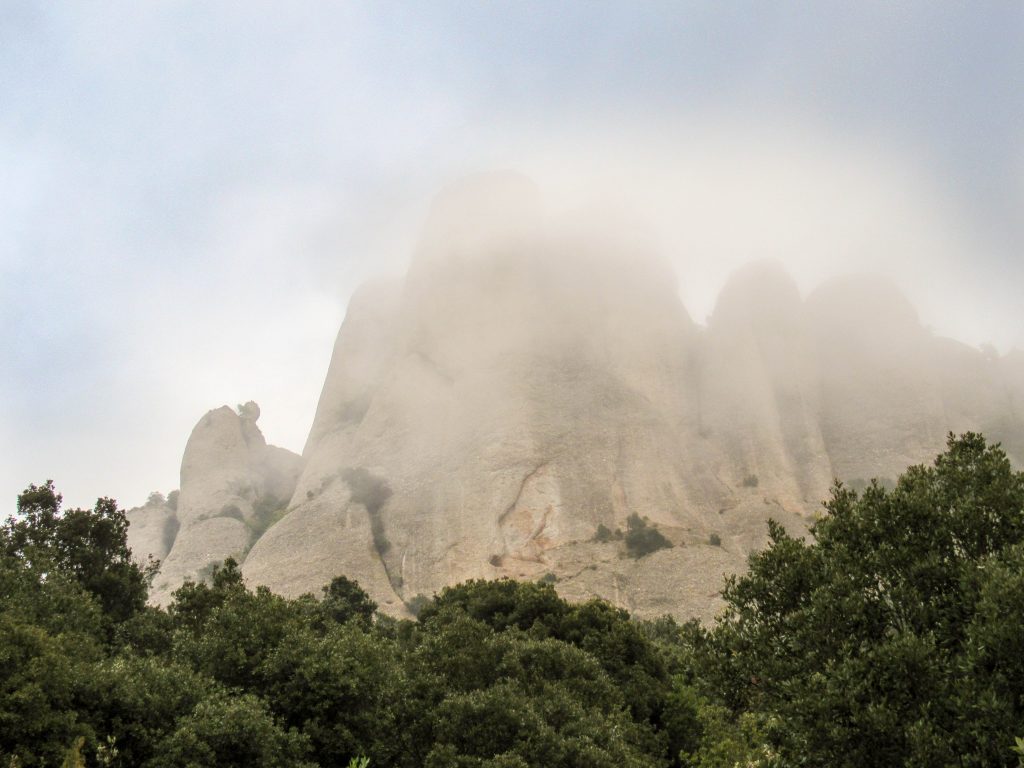 A momentary parting of the clouds reveals our objective (Sept. 2017). 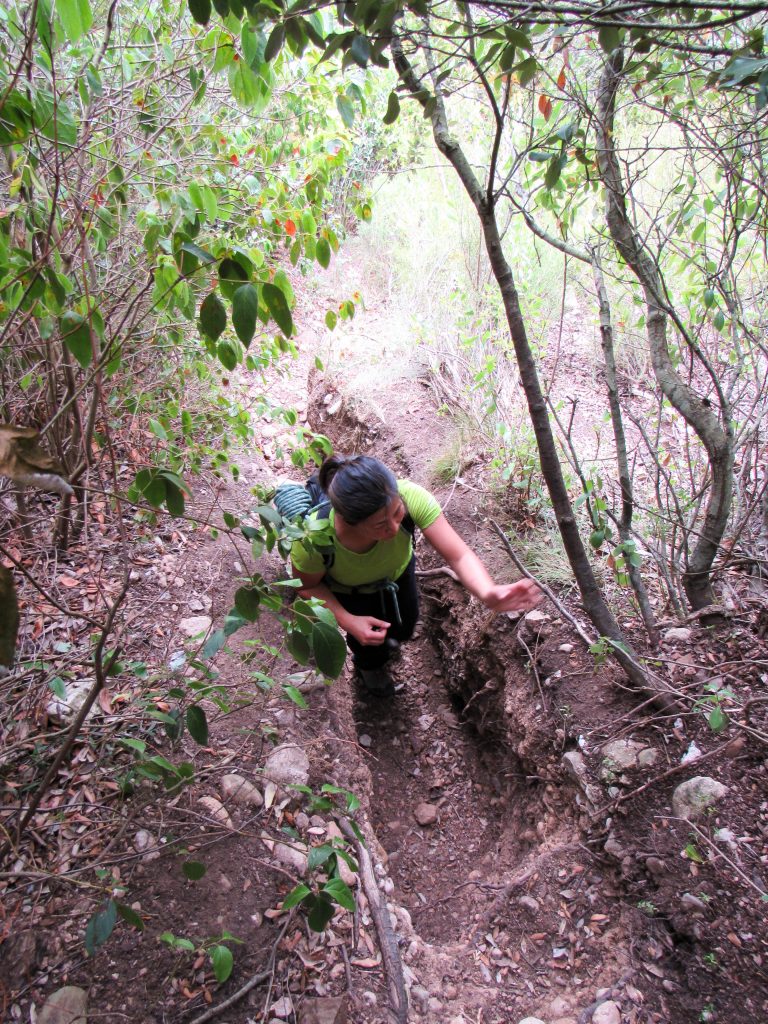 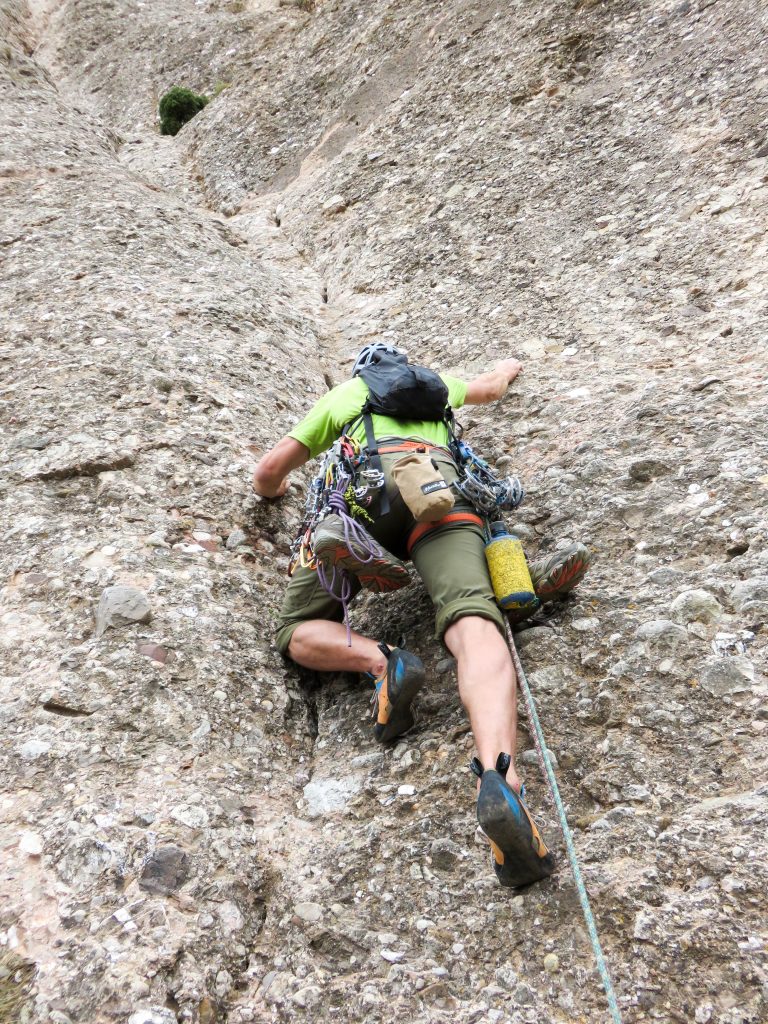 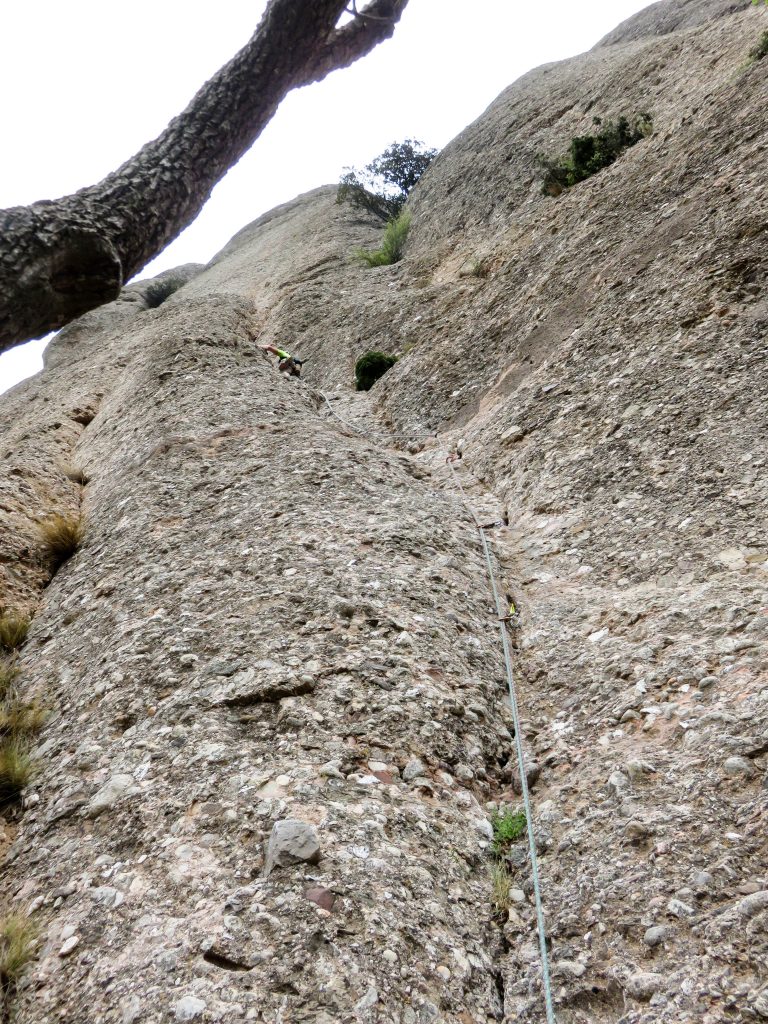 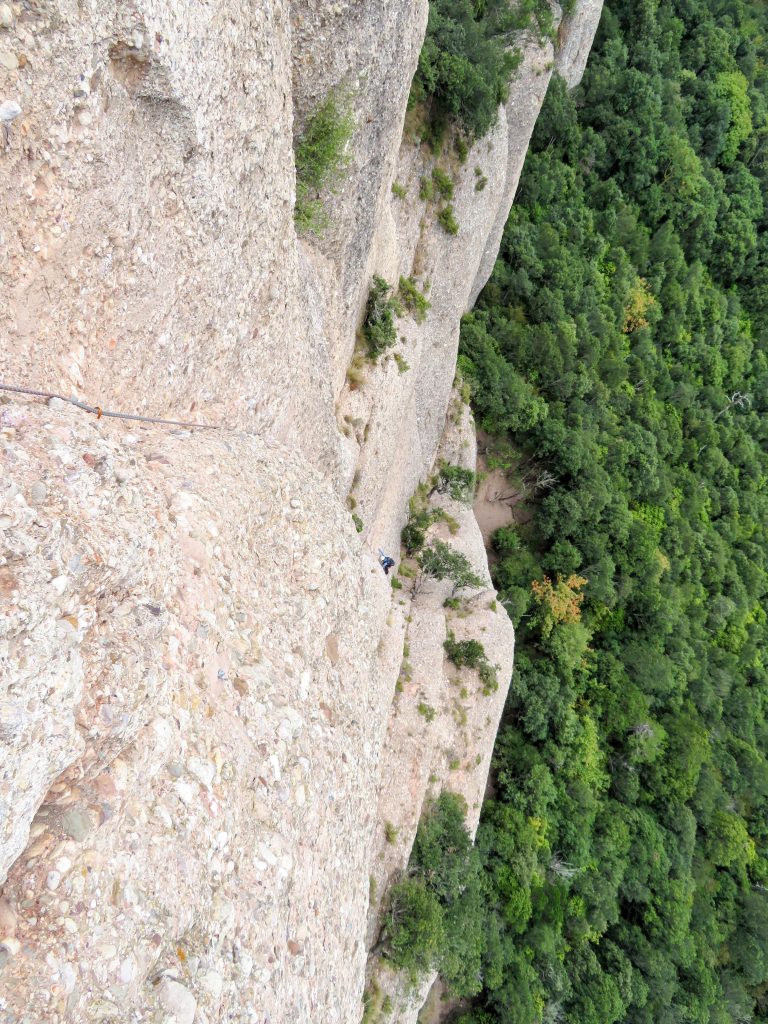 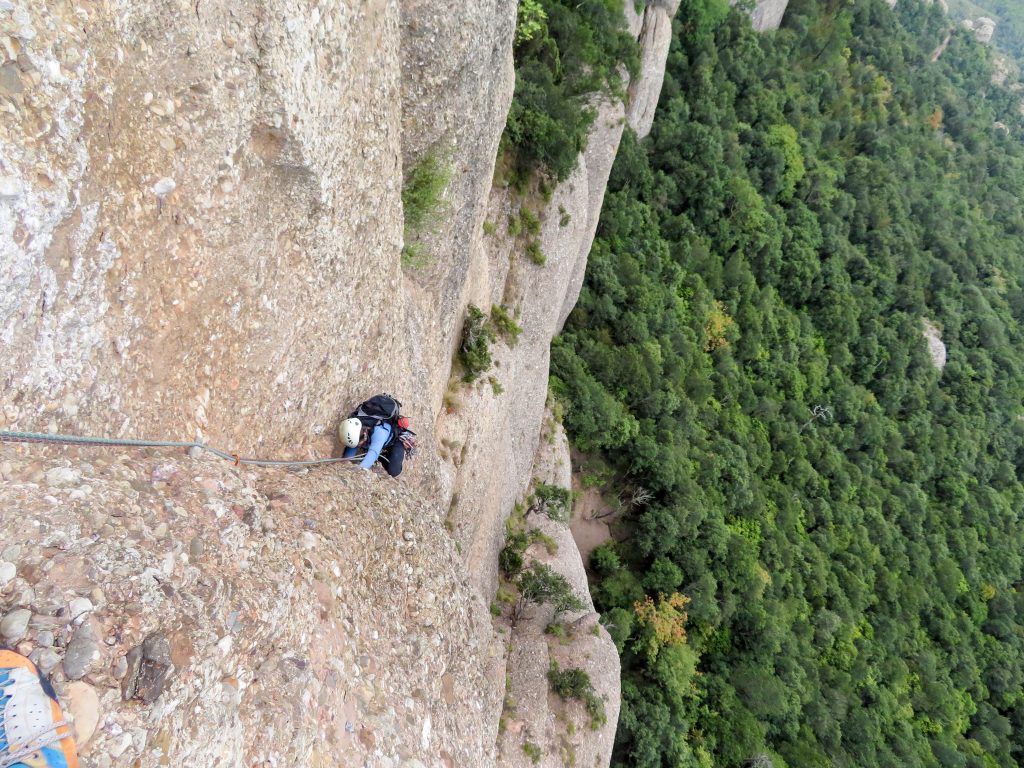 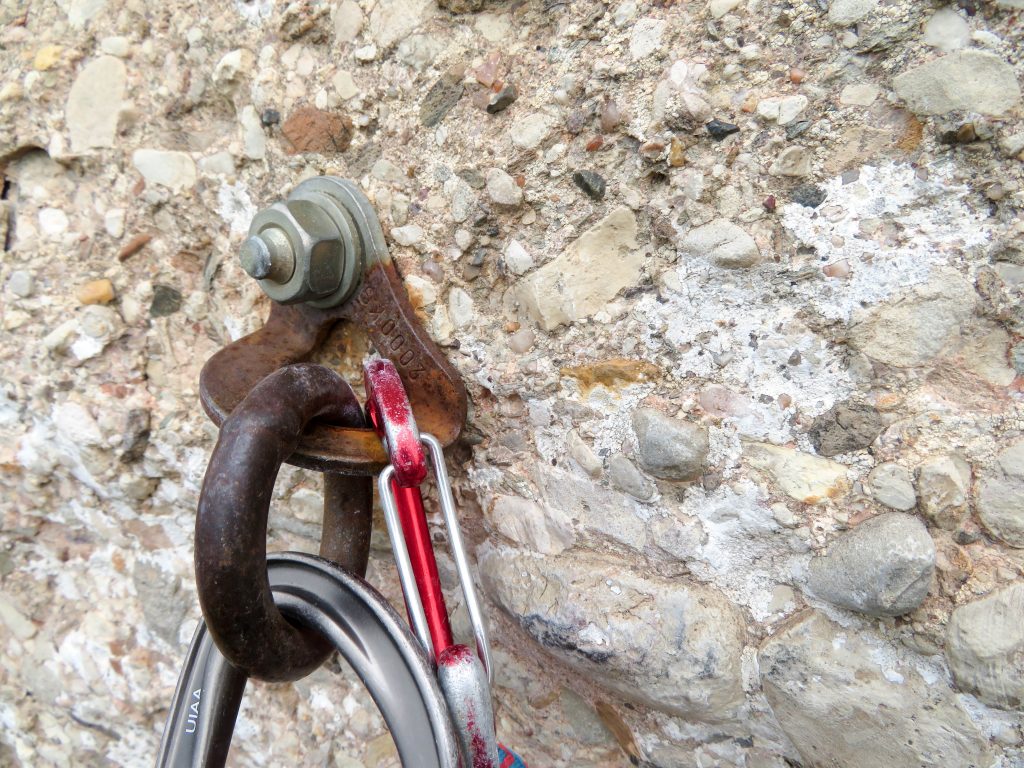 Some oxidation on a belay bolt (both in fact). 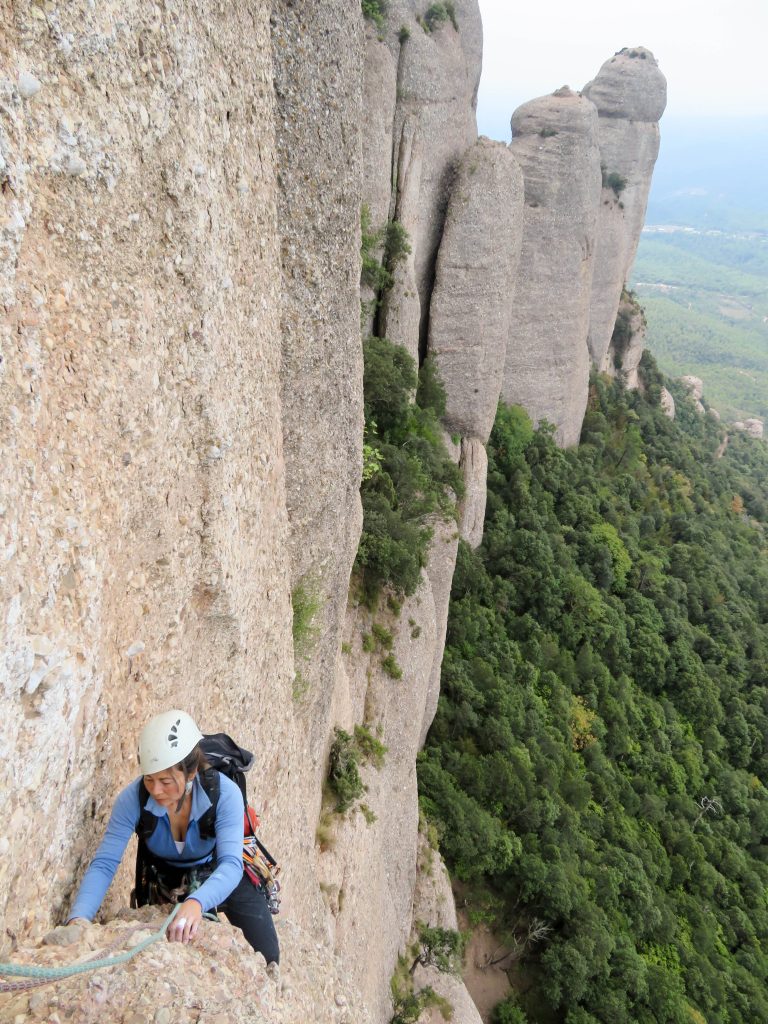 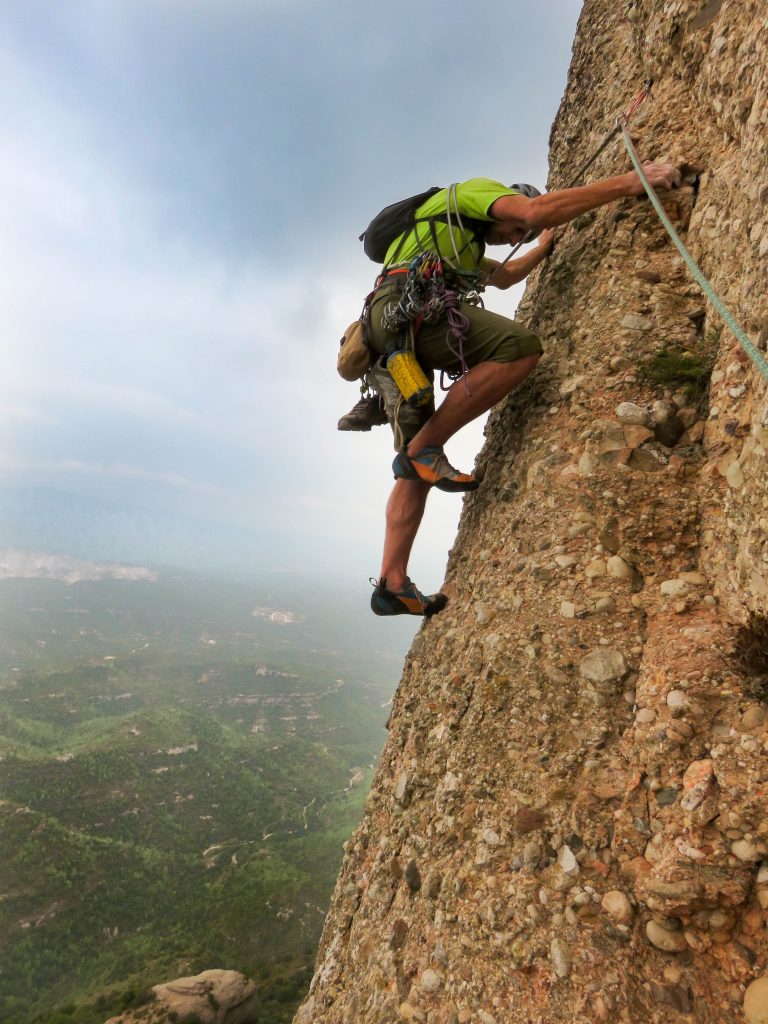 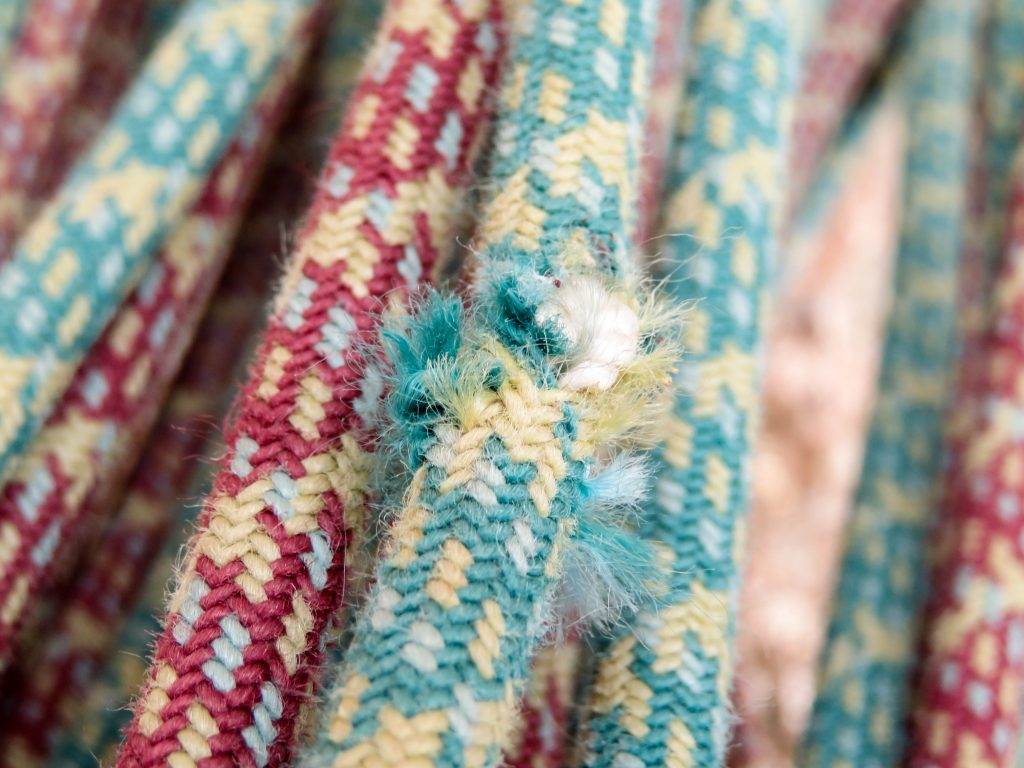 Bit of a core shot on our twins (courtesy of Taghia a few months earlier). 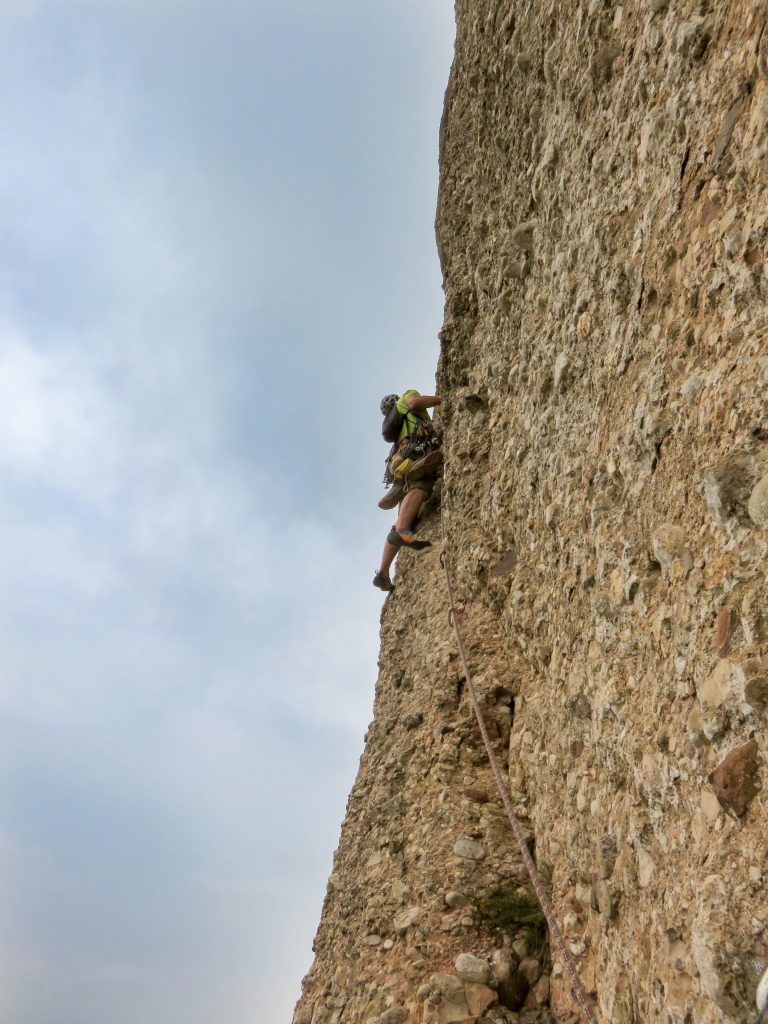 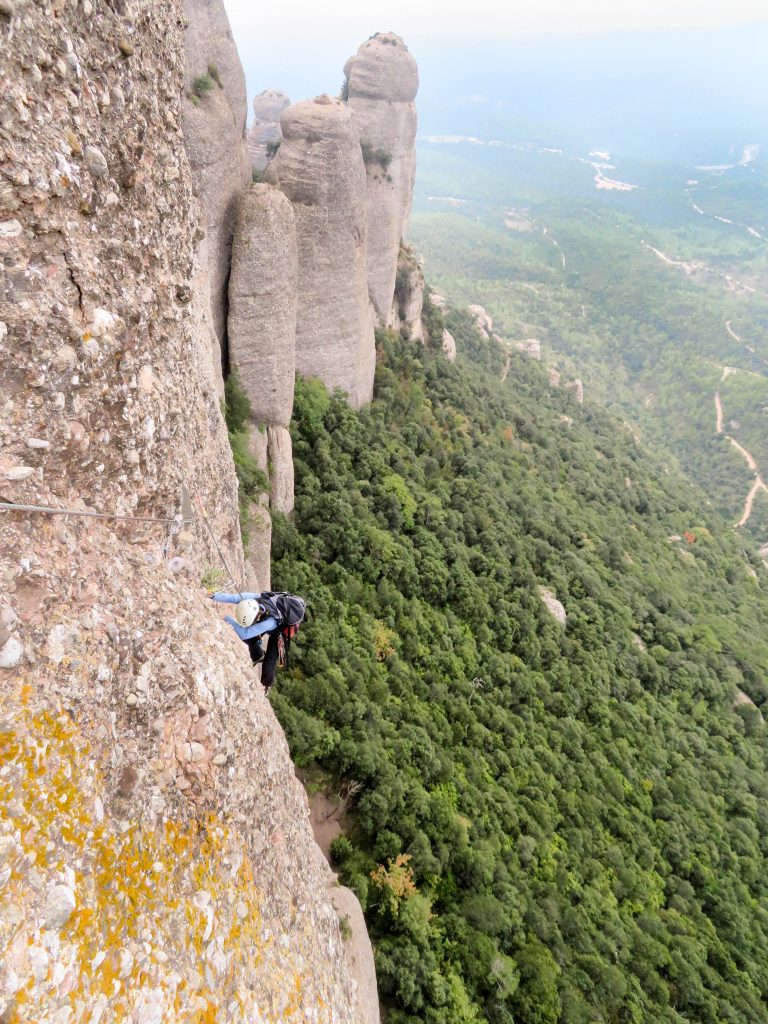 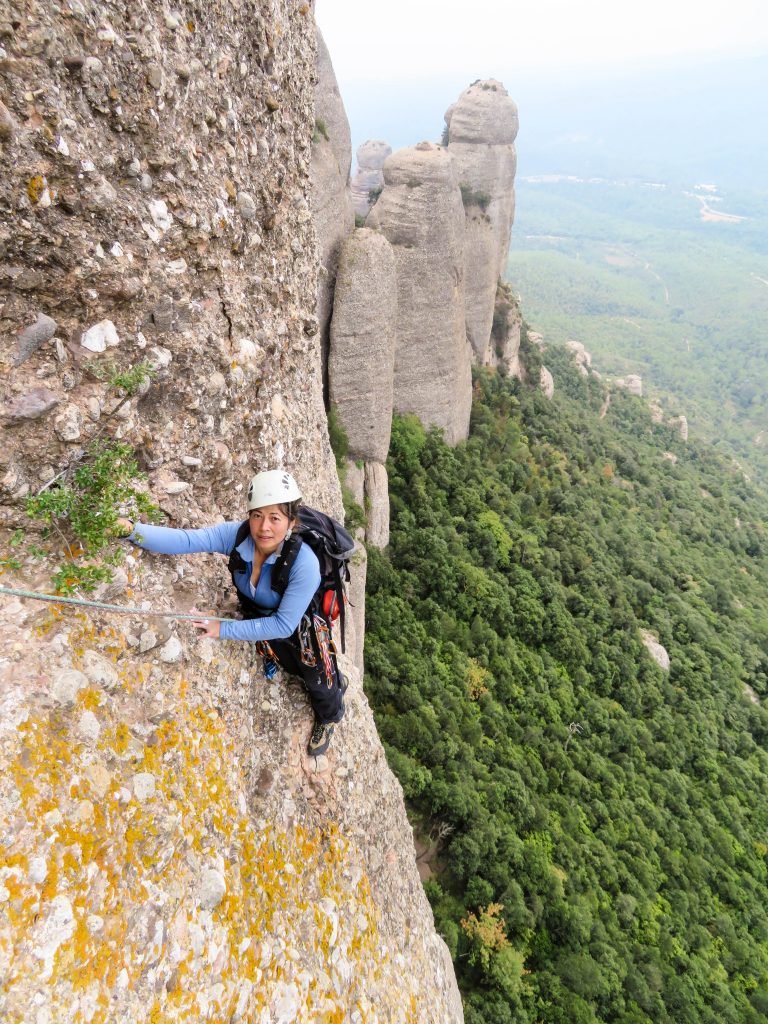 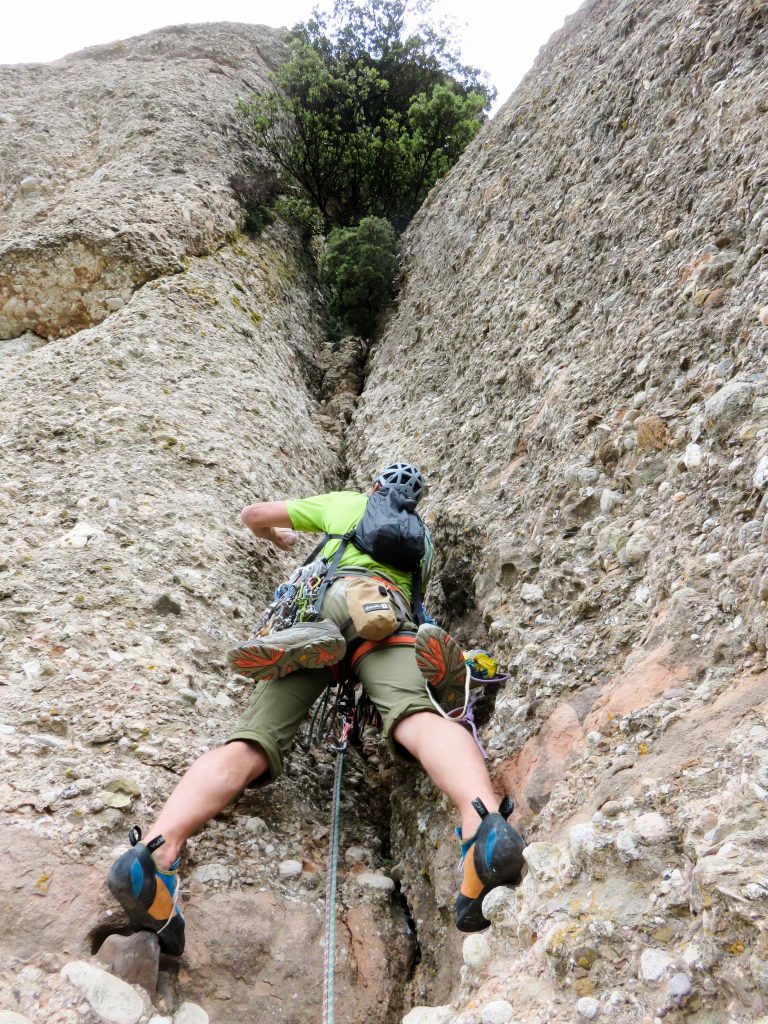 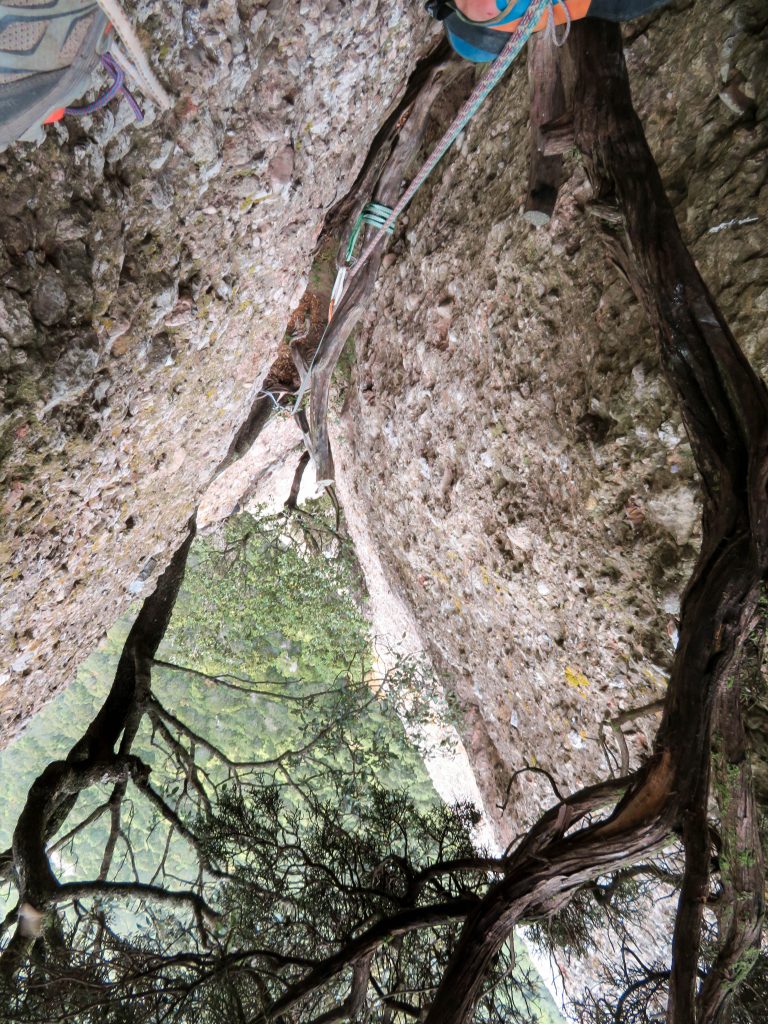 View down from the lead of pitch 4 of Cerda-Riera. Tree climbing as if we’re back in Squamish (Sept. 2017). 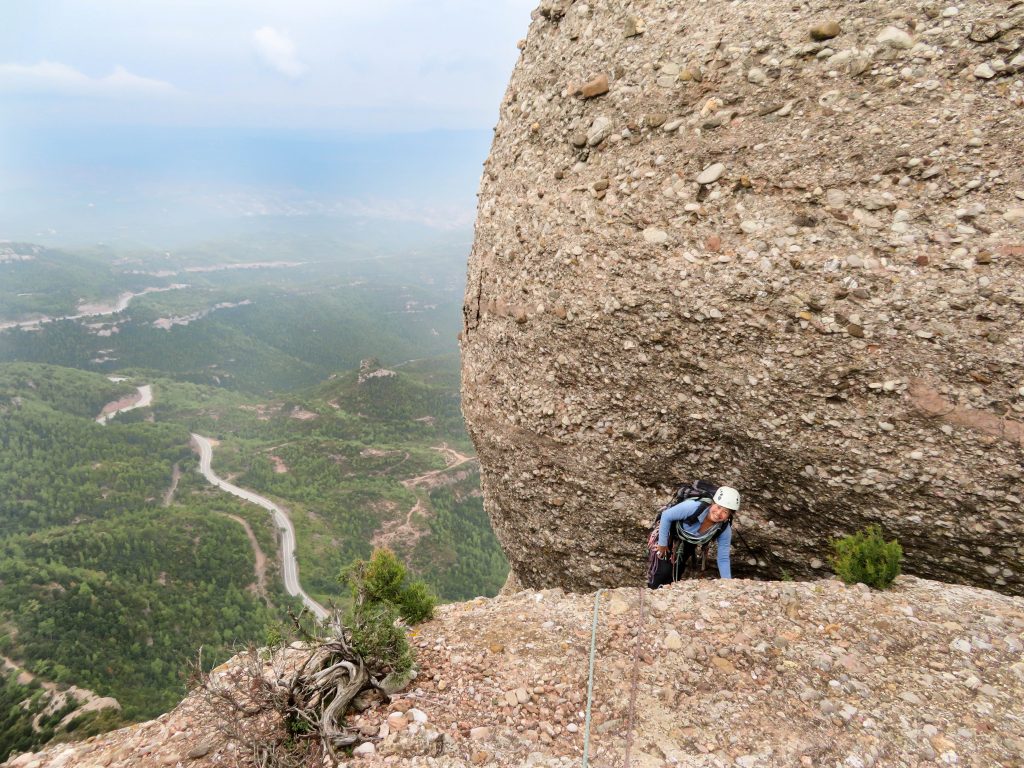 Shirley emerging from the tree chimney on pitch 4 of Cerda-Riera (Sept. 2017). 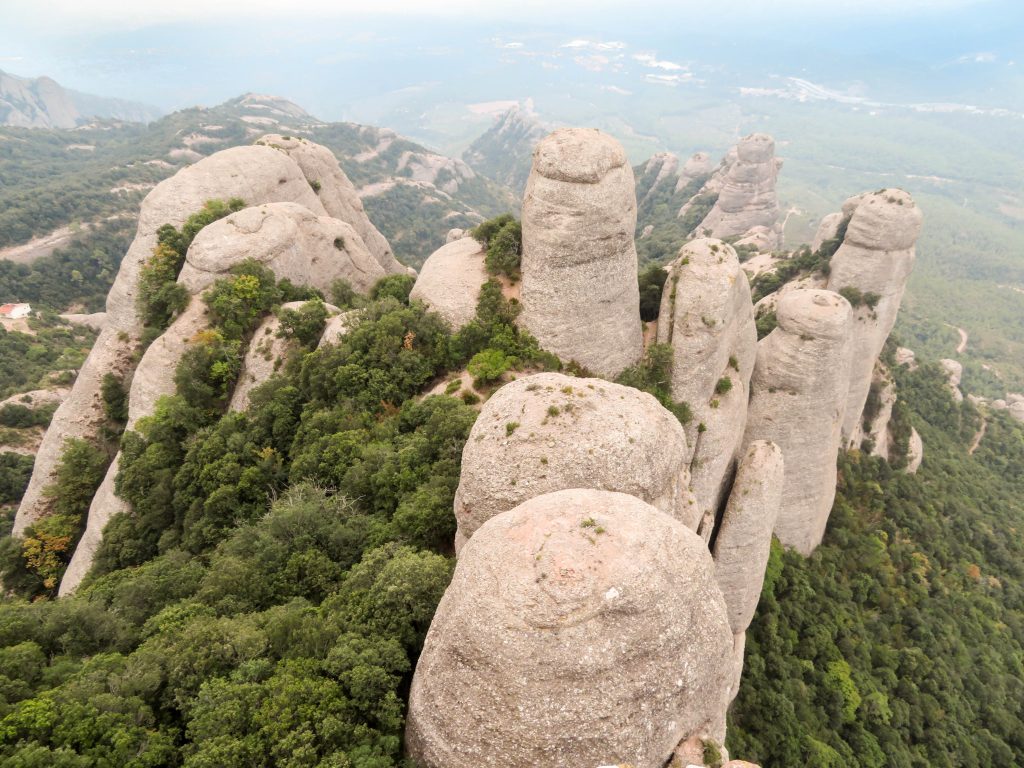 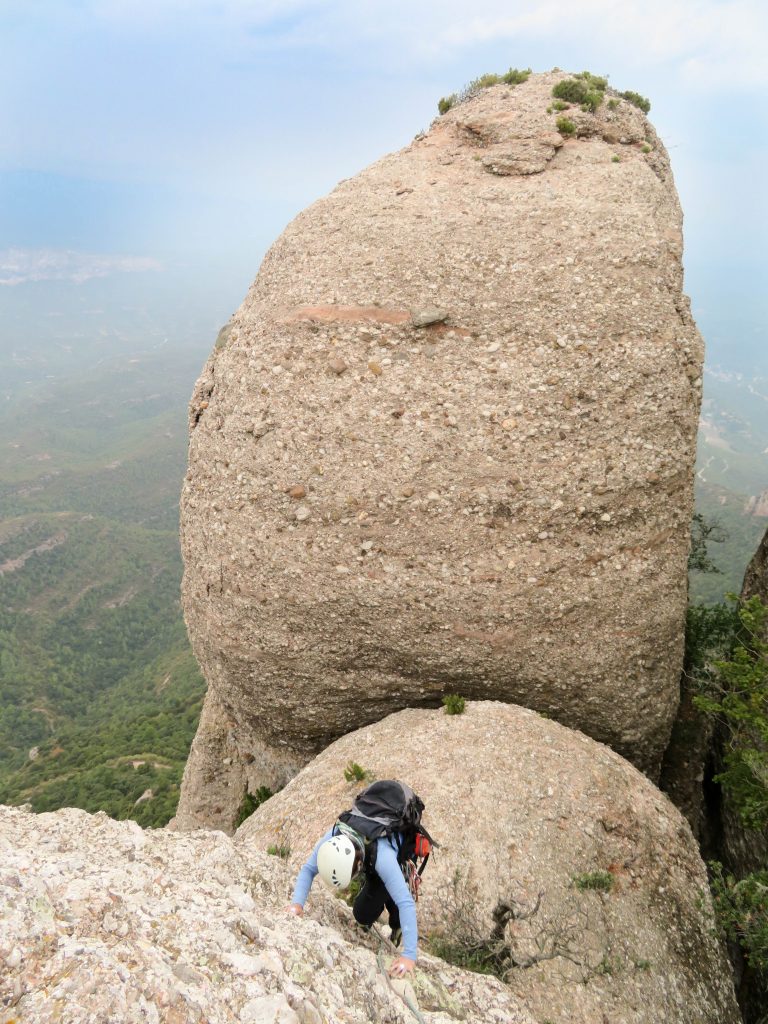 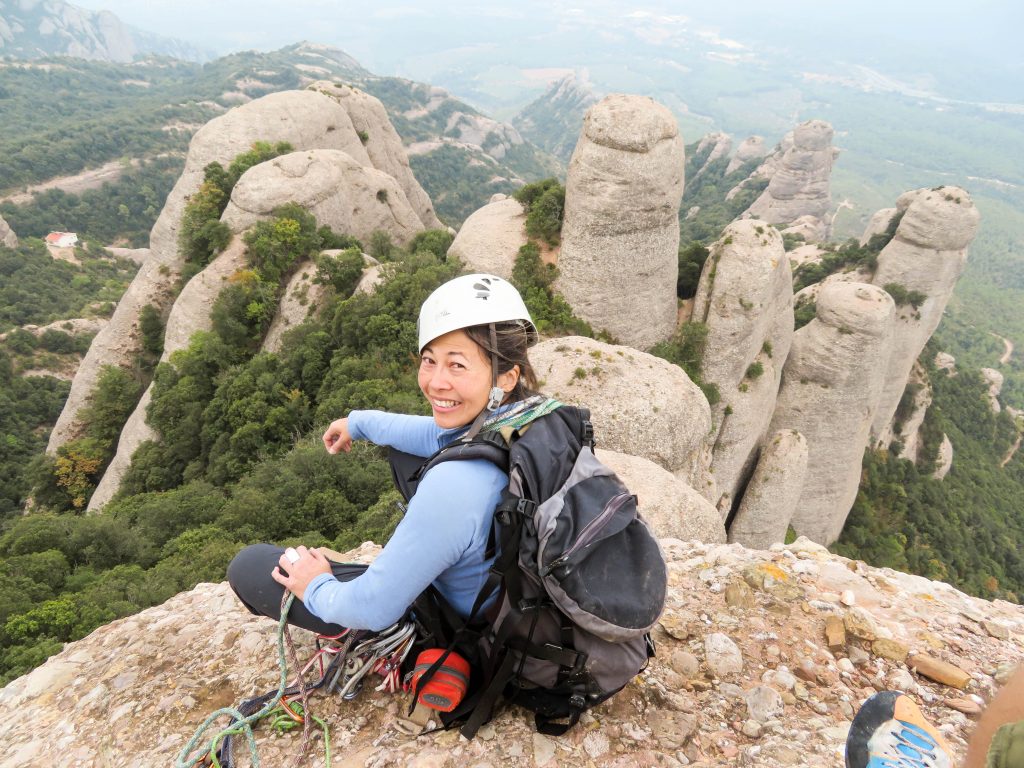 Shirley on the summit of Bandereta formation (Sept. 2017). 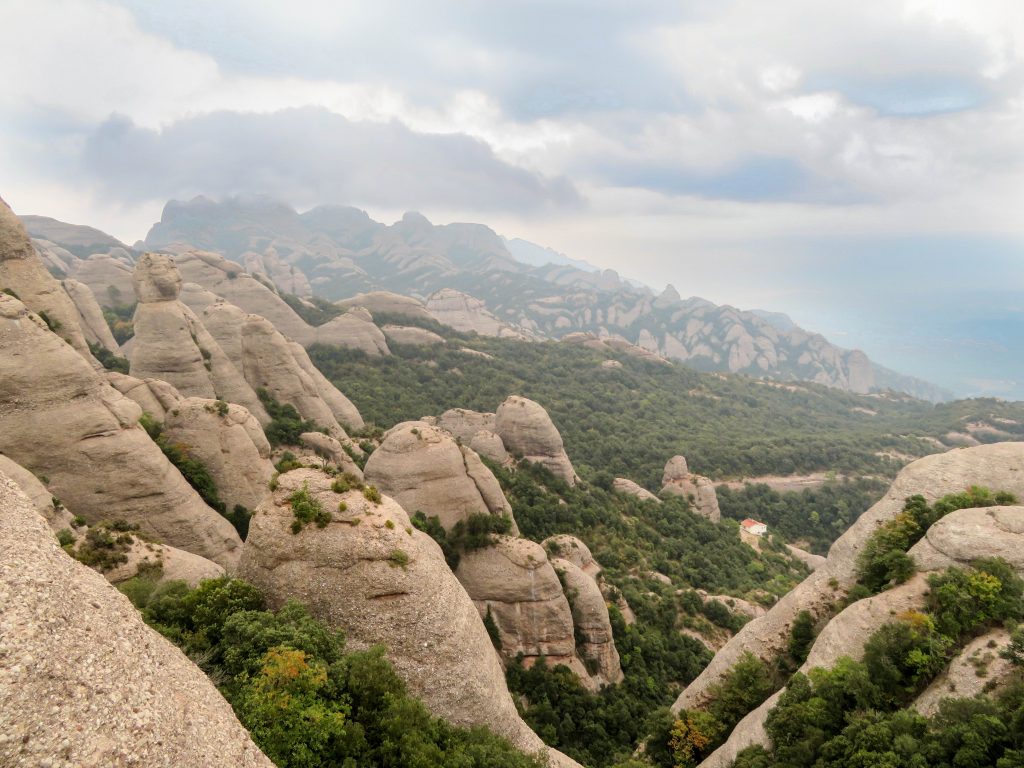 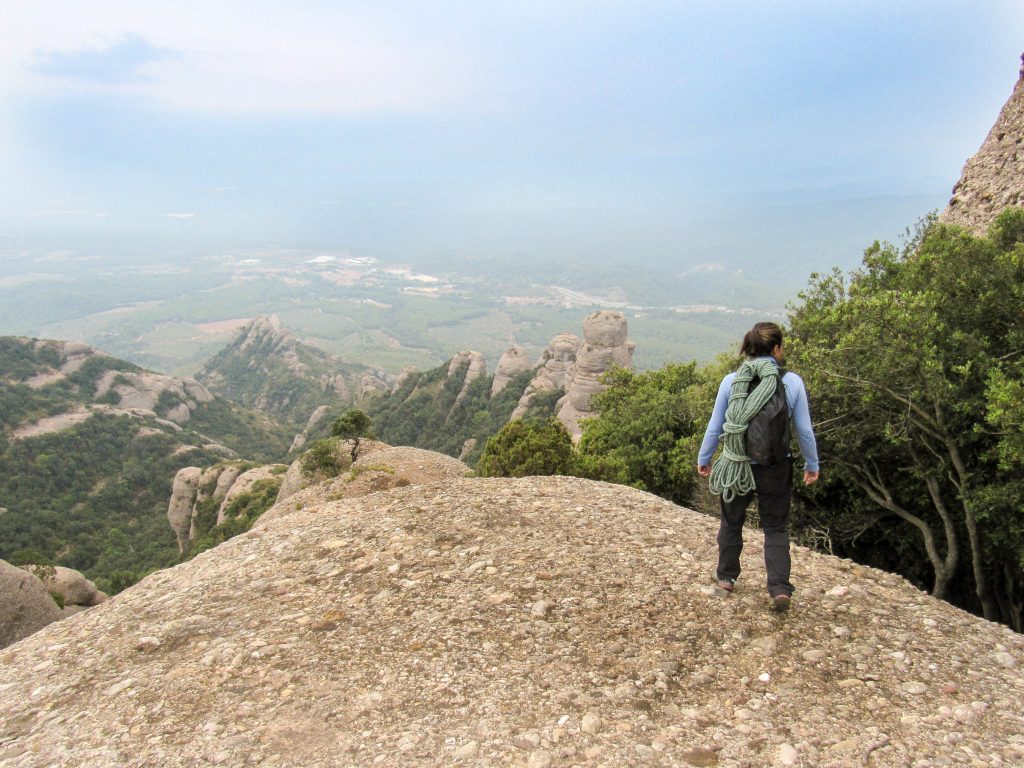 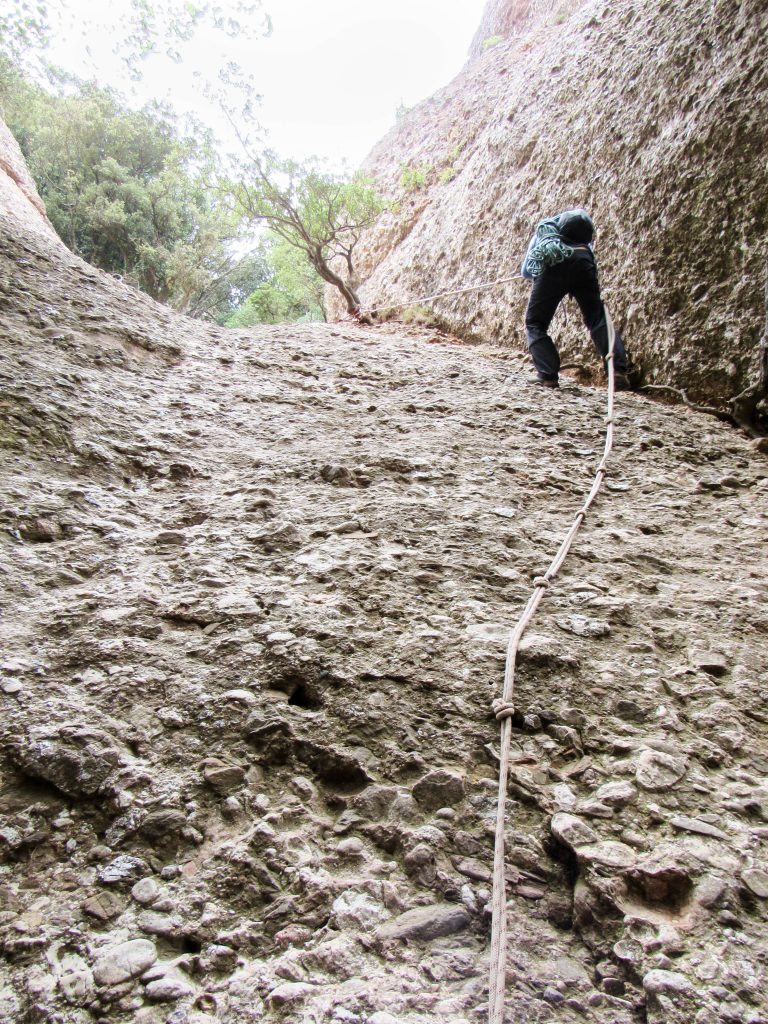 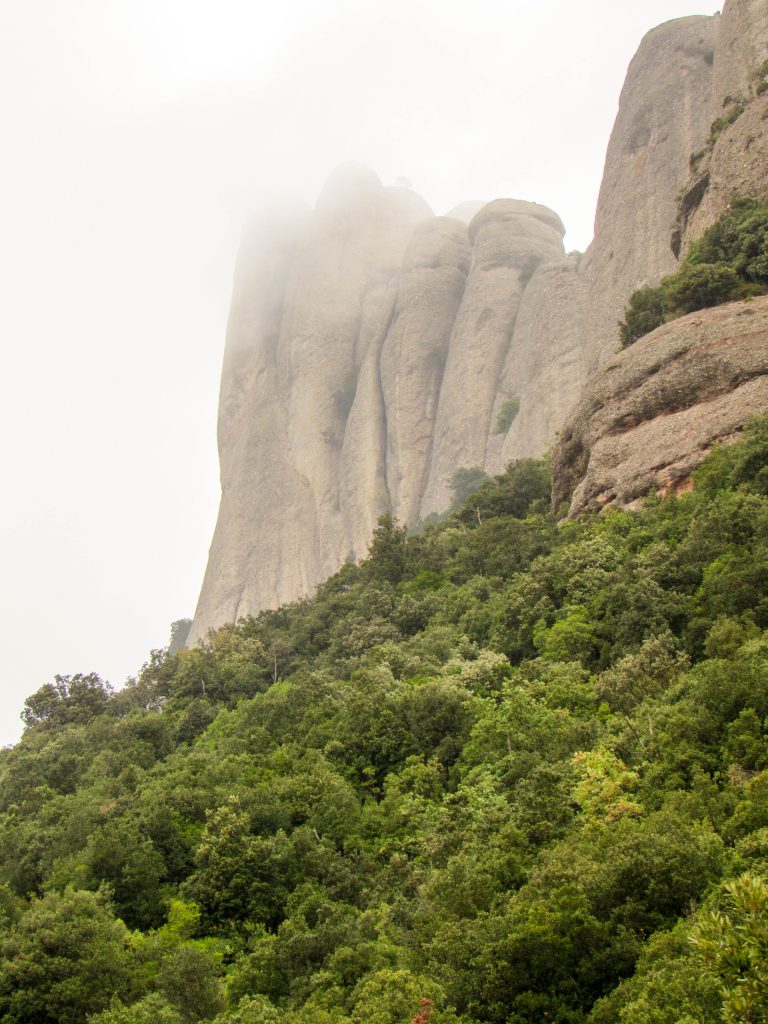 Bandereta formation as seen during the hike down (Sept. 2017). 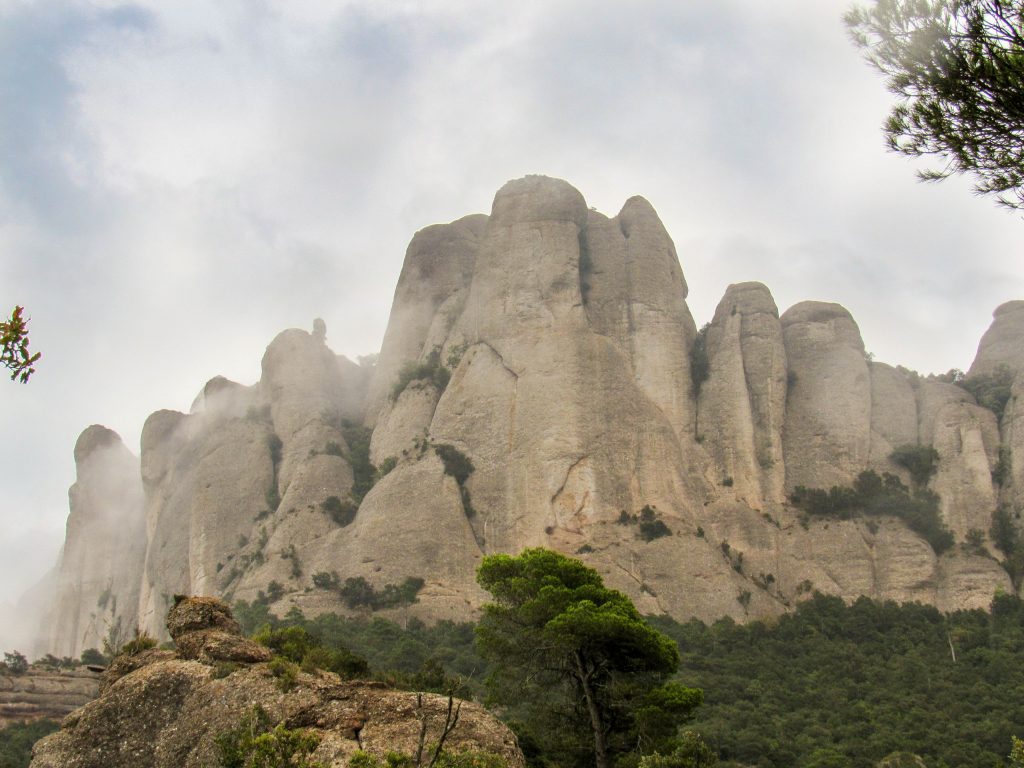 A final look at the Agulles. Bandereta is the centerpiece and the Cerda-Riera route climbs from right to left and up the vegetated chimney to the summit (sept. 2017). 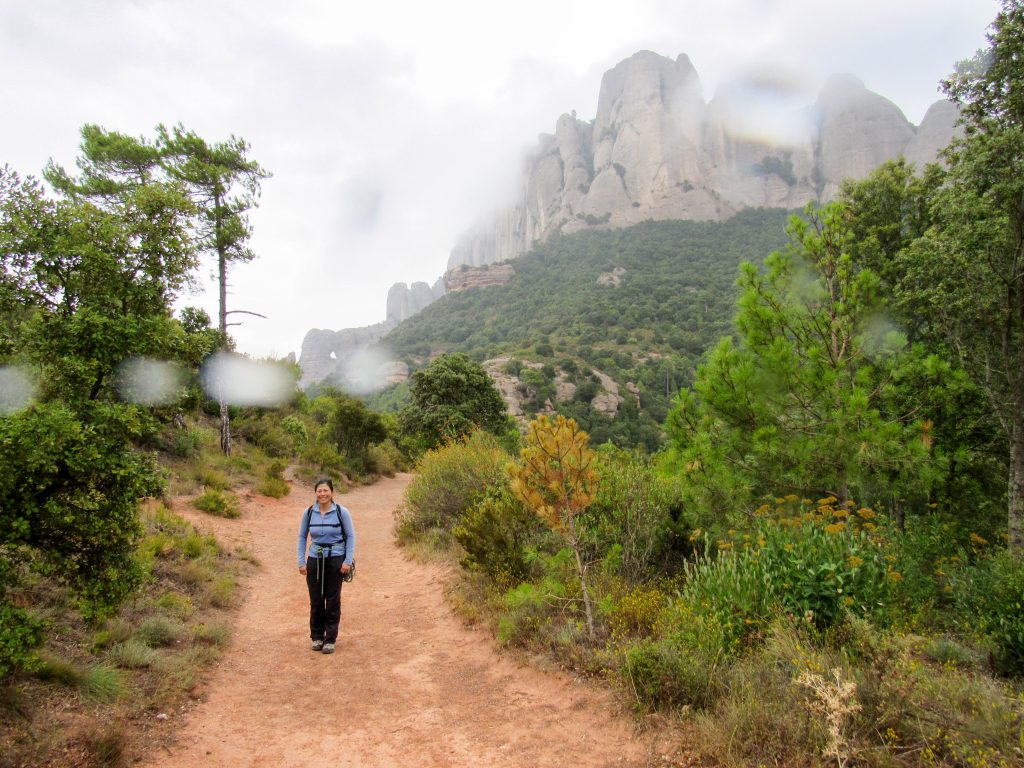 Rain and the end of the road trip – back to Madrid for the flight home the next morning (Sept. 2017). 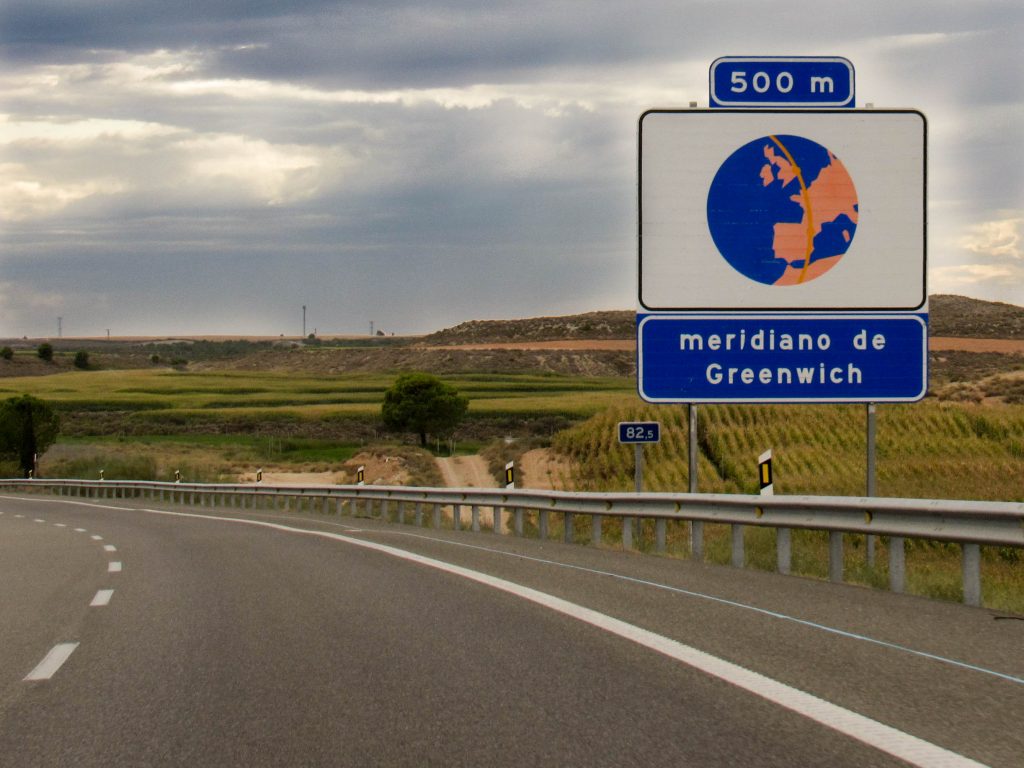 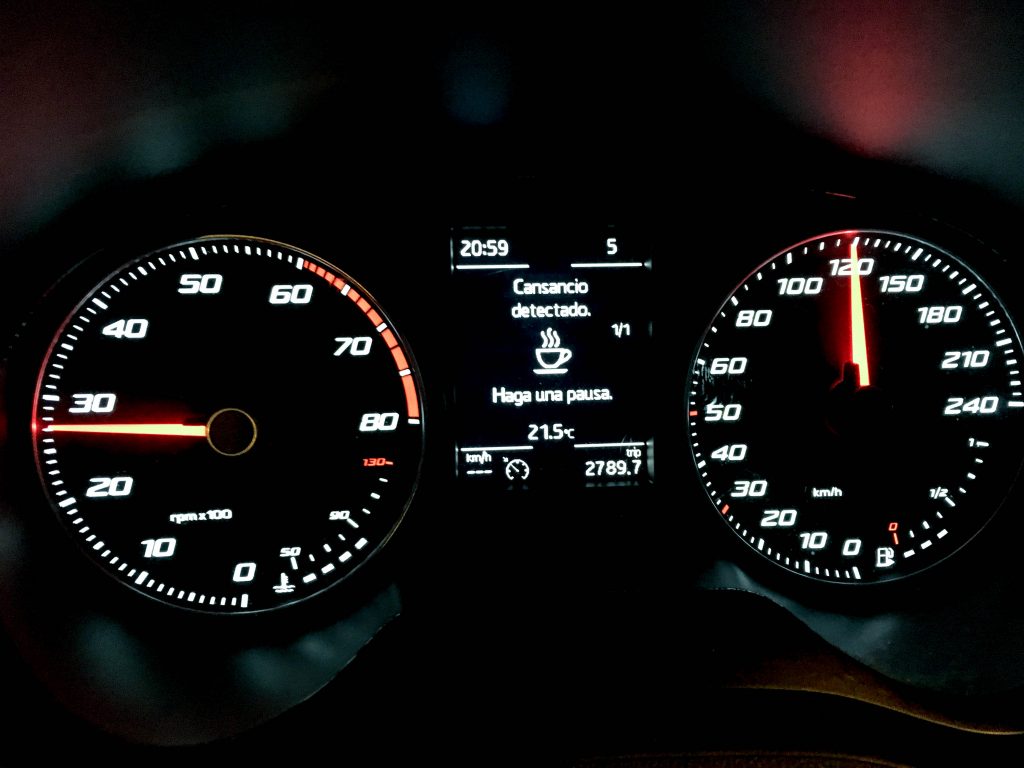 Go to back to Spanish Road Trip.