Go back to Euro Sampler – Meteora
Go back to Part 5 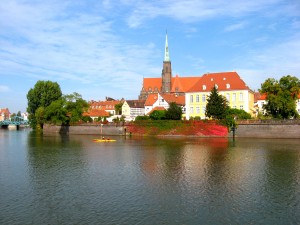 A river cruise in Wroclaw.

A layover in Munich allows us to go downtown and hit up an Indian joint for some spicy food (finally). After that it’s a short flight to Wroclaw, Poland where we spend a couple of days visiting my Grandma and Aunt. We toy with the idea of climbing The Monk but opt for some pub-hopping instead following the arrival of my sister and her husband from London. Good wholesome family times come to an end all too quickly and the long journey home begins. Wroclaw to Warsaw to Amsterdam to Newark…wait, what’s that? Northwest flight no longer exists? OK, Amsterdam to JFK it is. Happy reunion with our dog (nice seeing my parents too) and the near 5000-kilometer drive back to Portland eats up the remaining 4 days of our vacation (vs. normal 3…we were tired from jetlag). 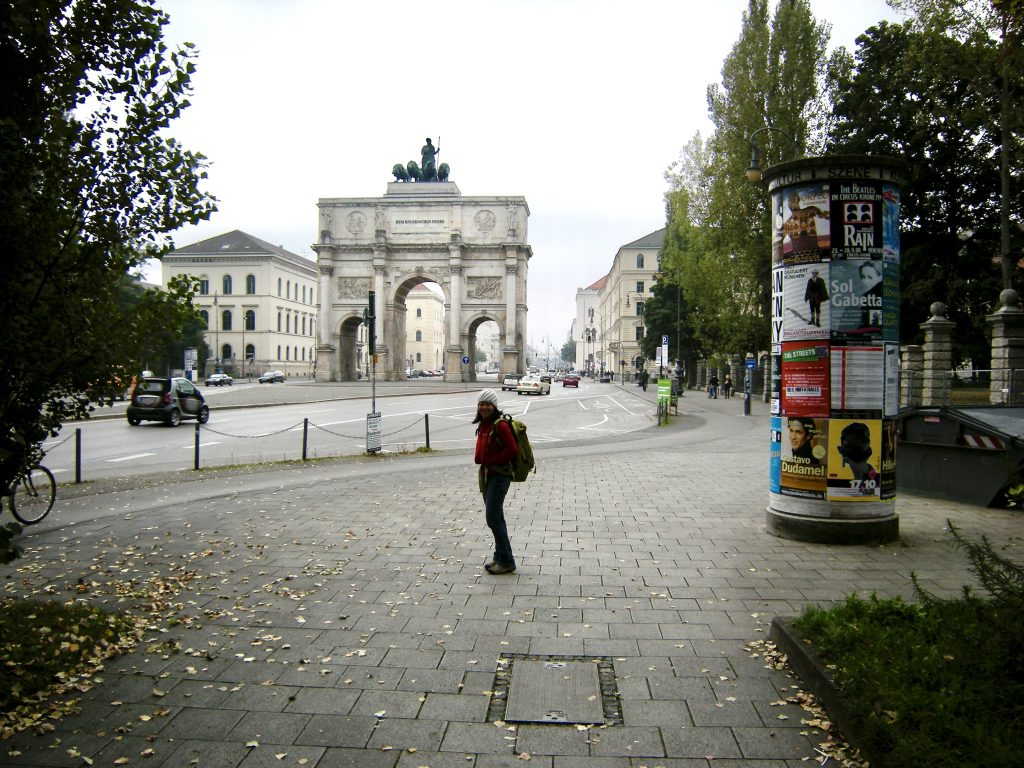 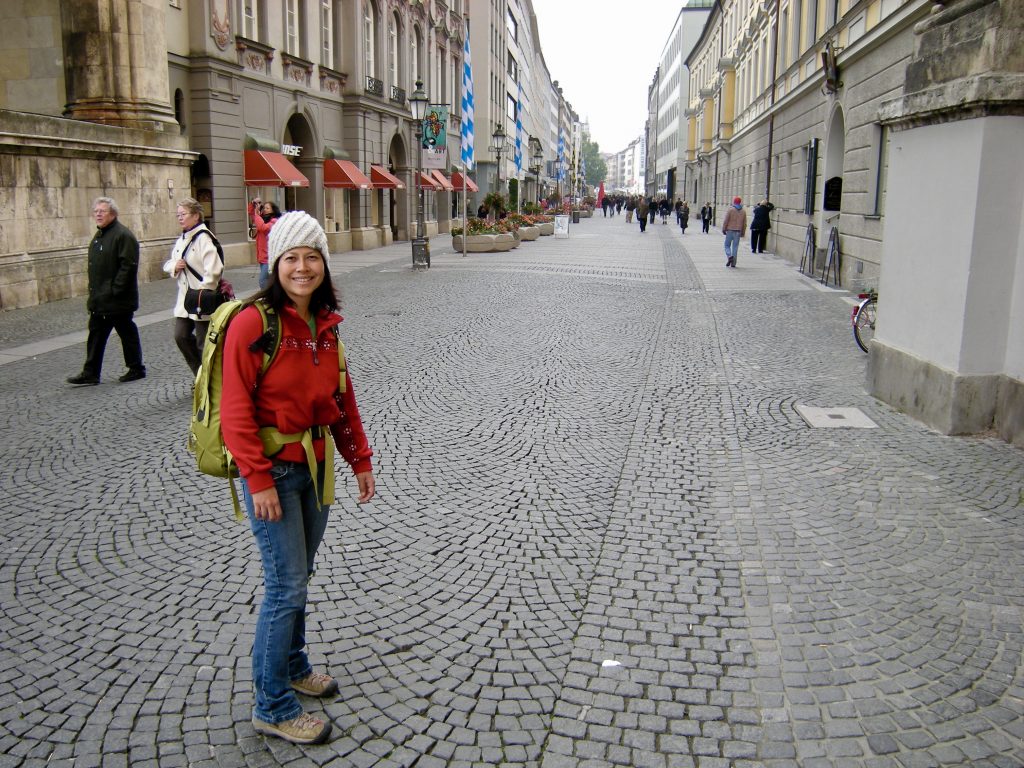 Looking for some spicy food during a longish layover in Munich. Found some decent Indian place. 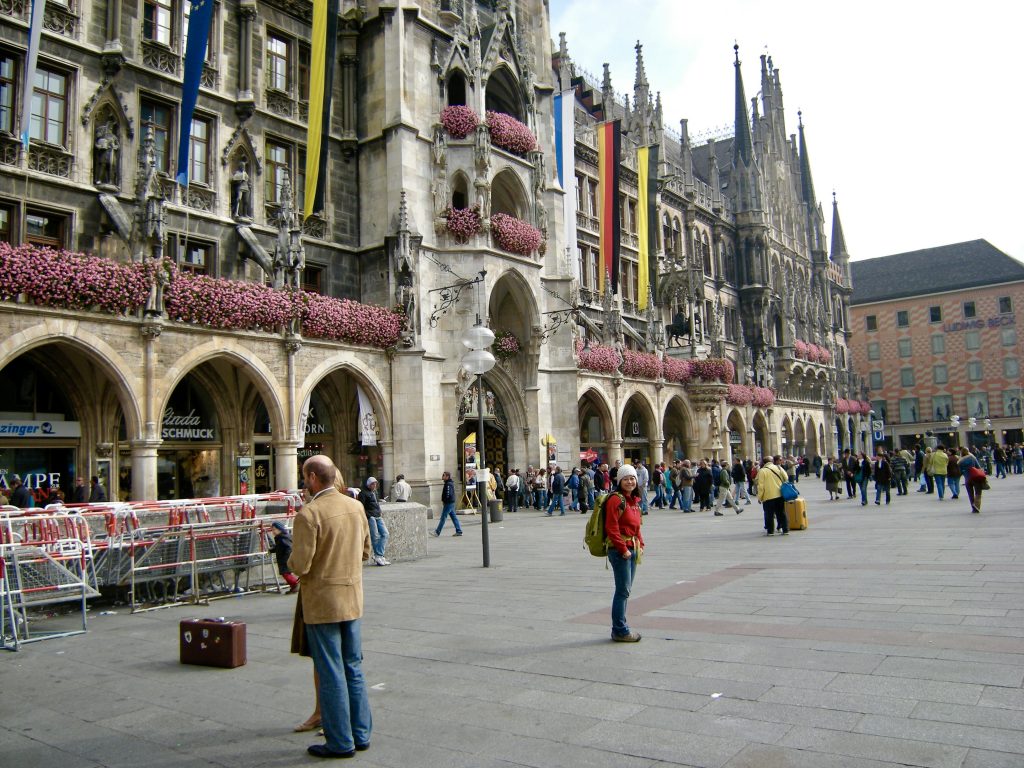 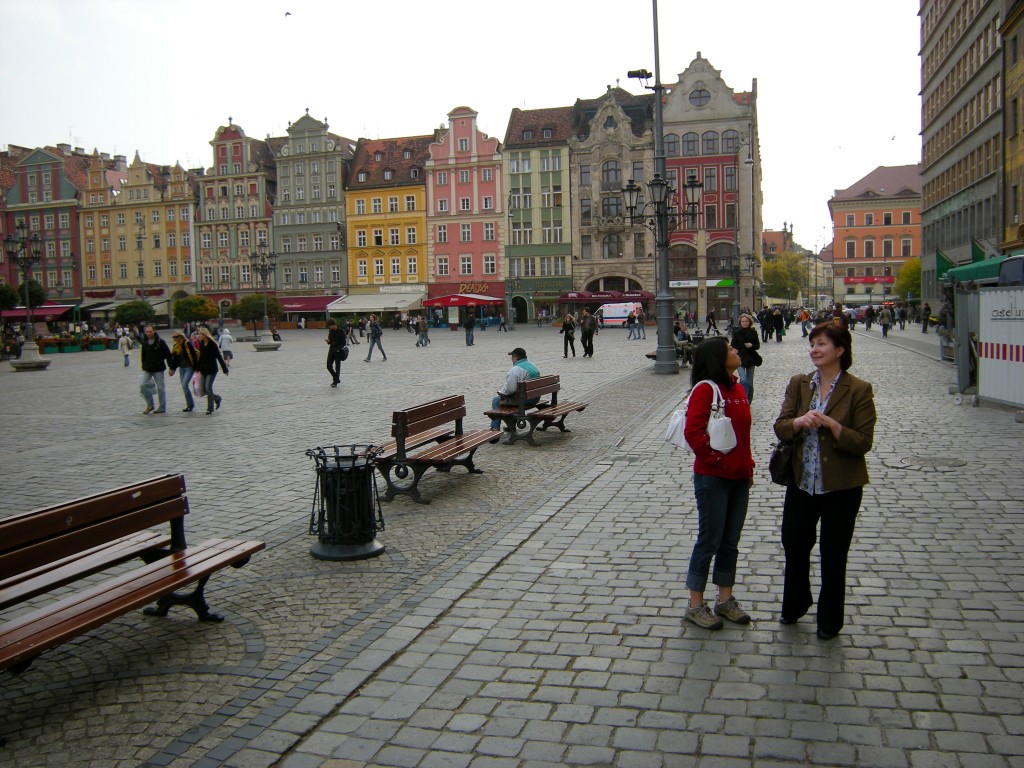 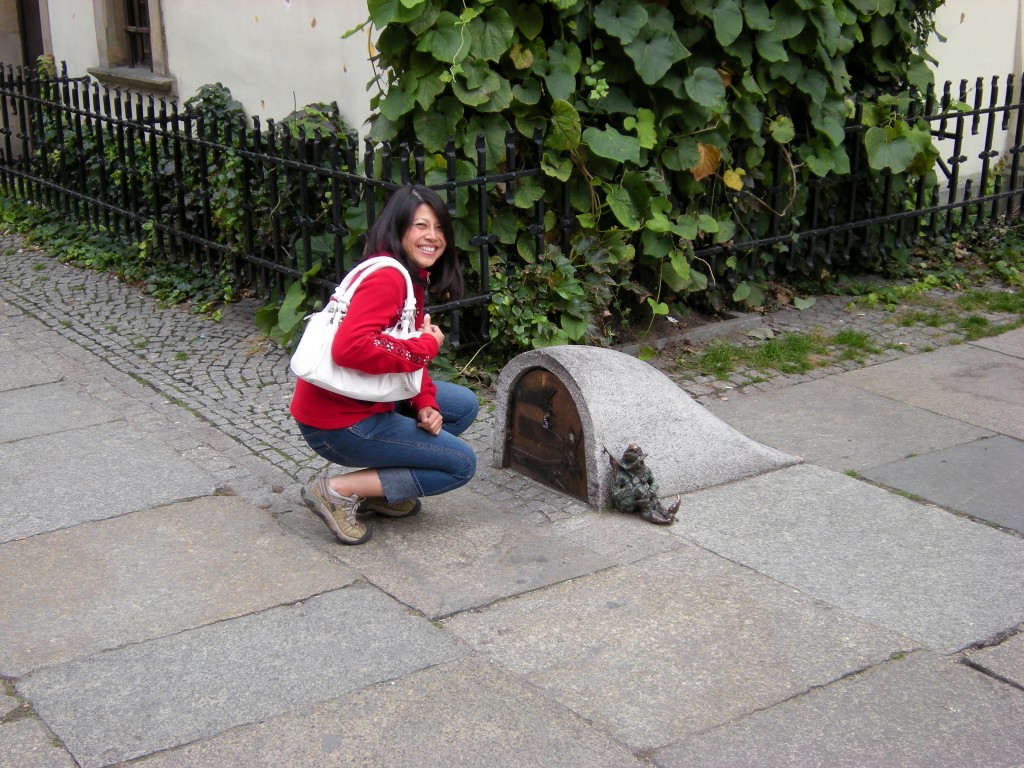 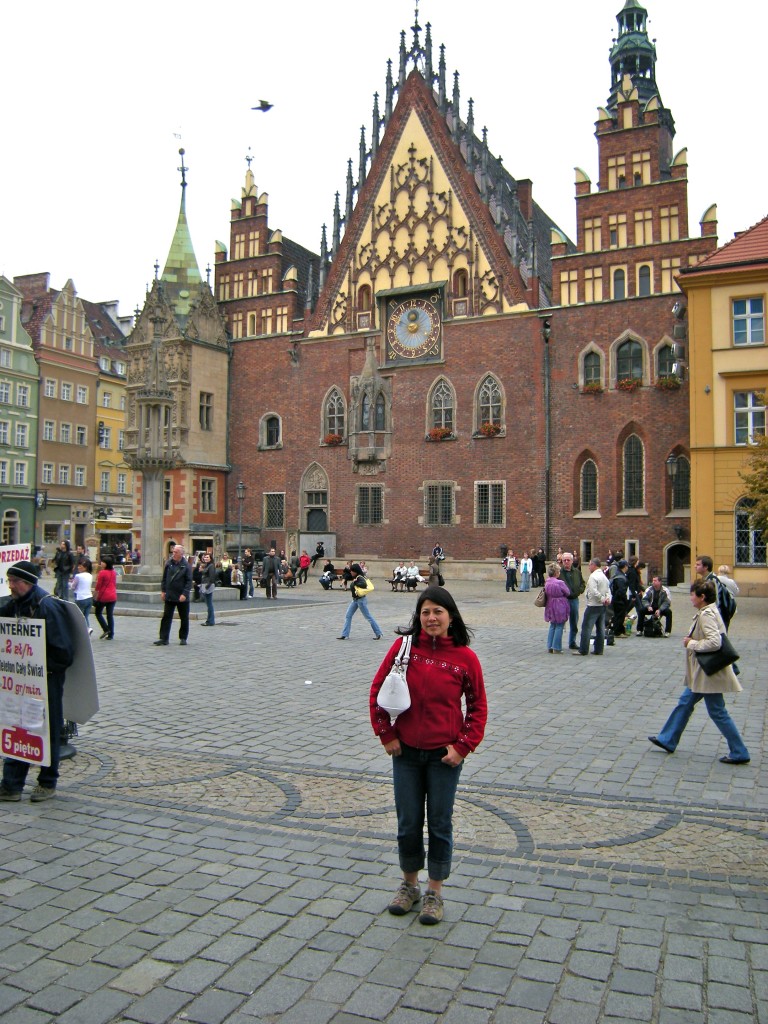 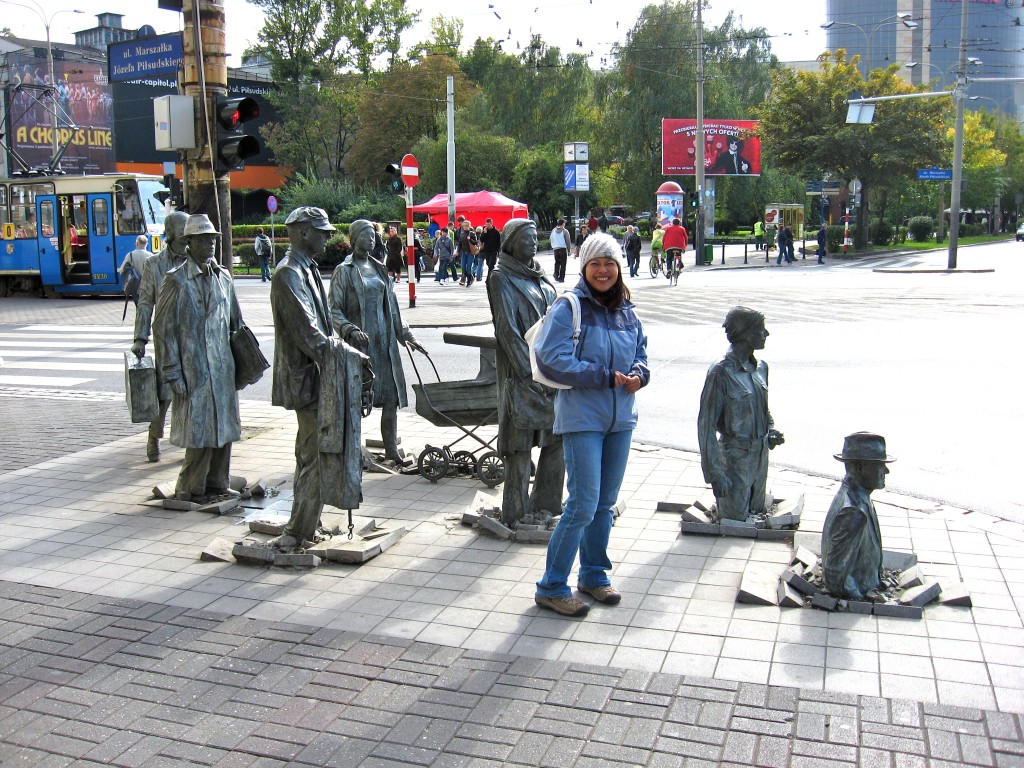 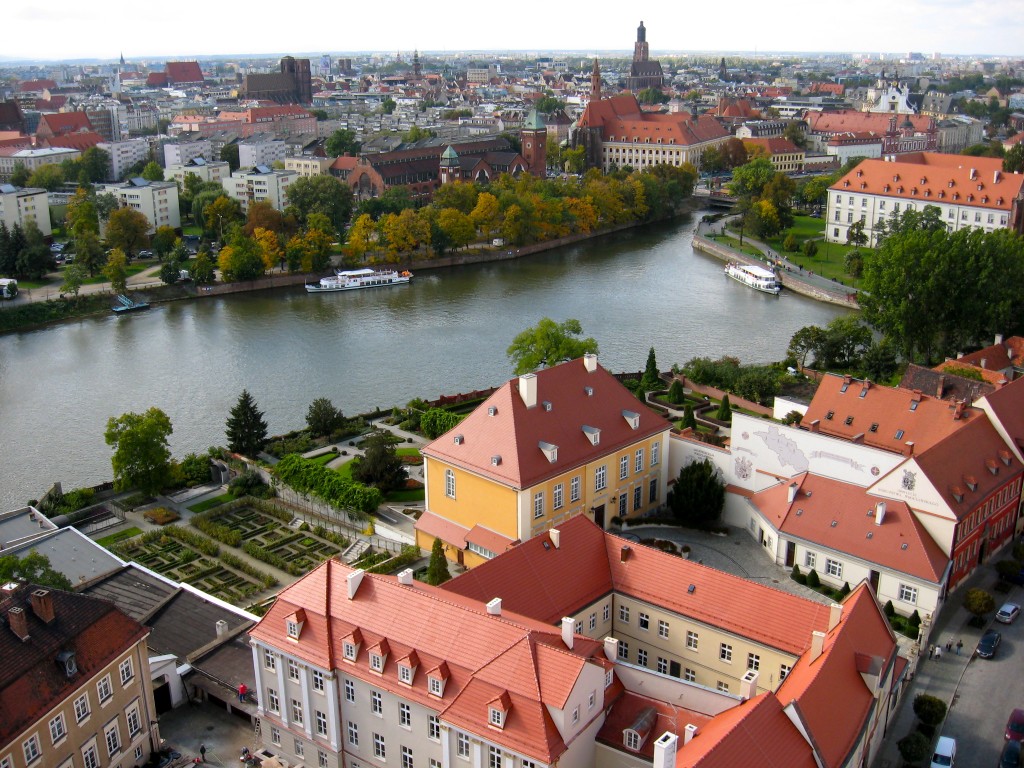 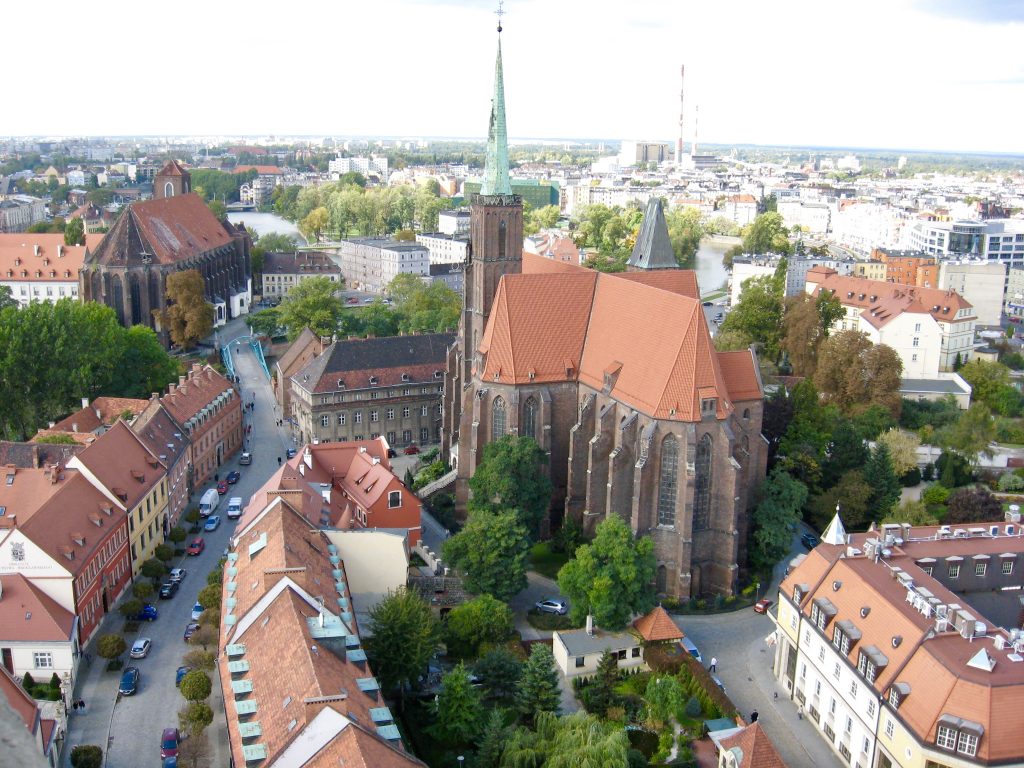 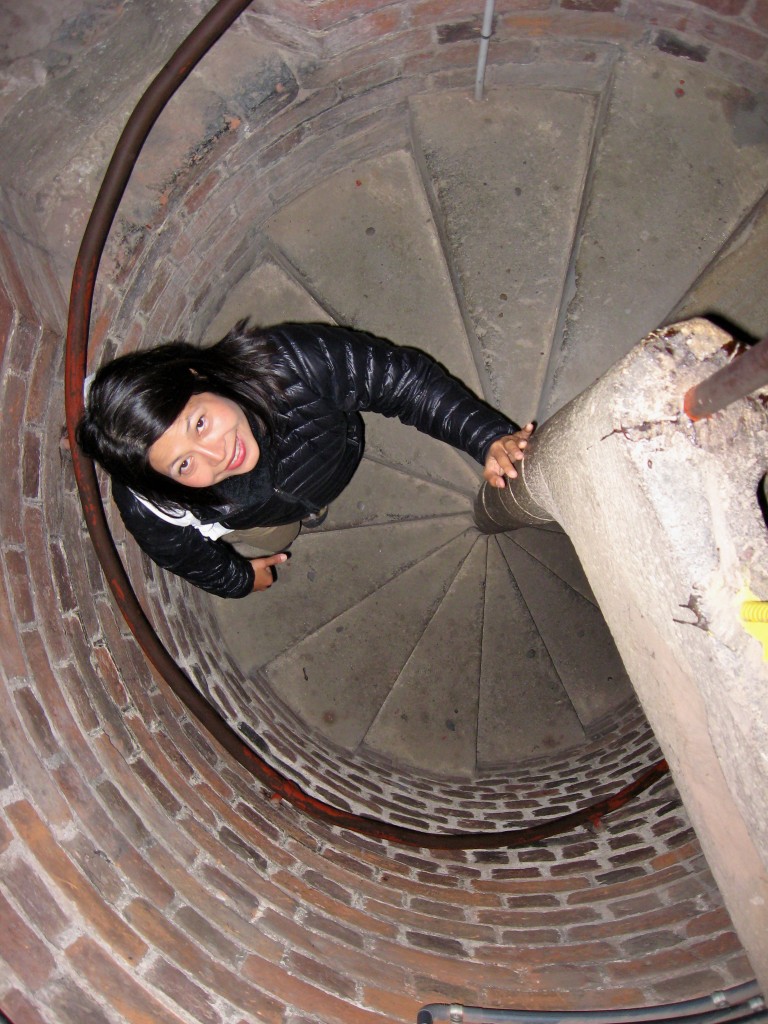 Minaret stairway in the cathedral (Sept. 2008). 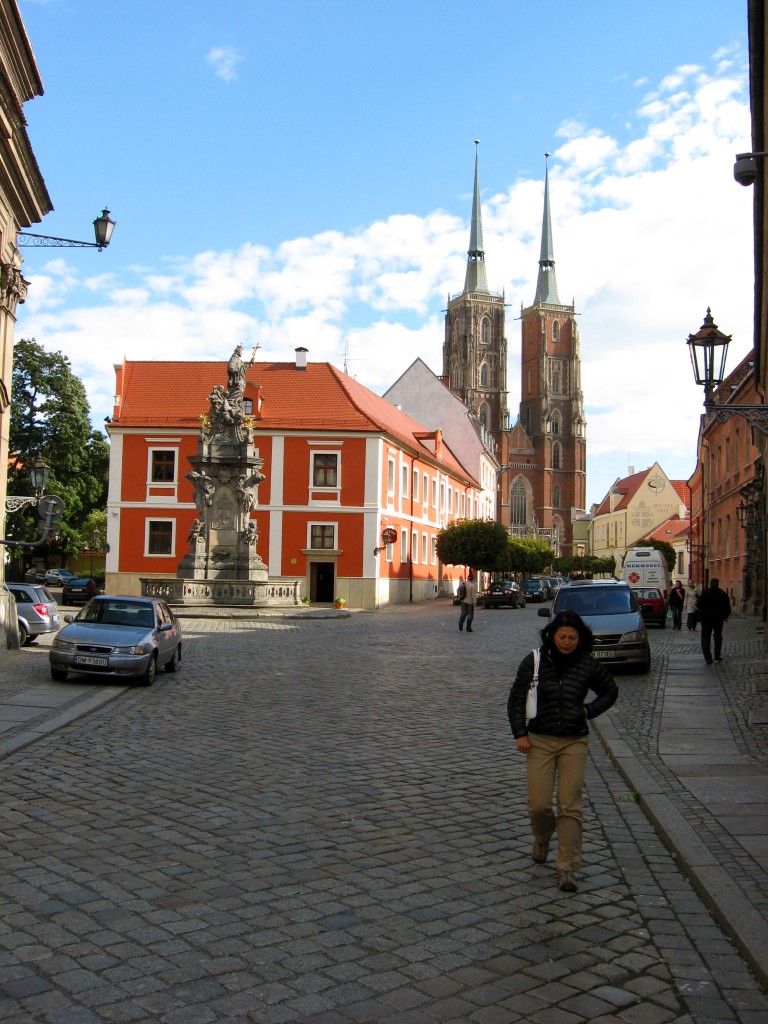 Shirley hiking through the Old Town quarter in Wrocalw with the minarets of the cathedral in the background (Sept. 2008). 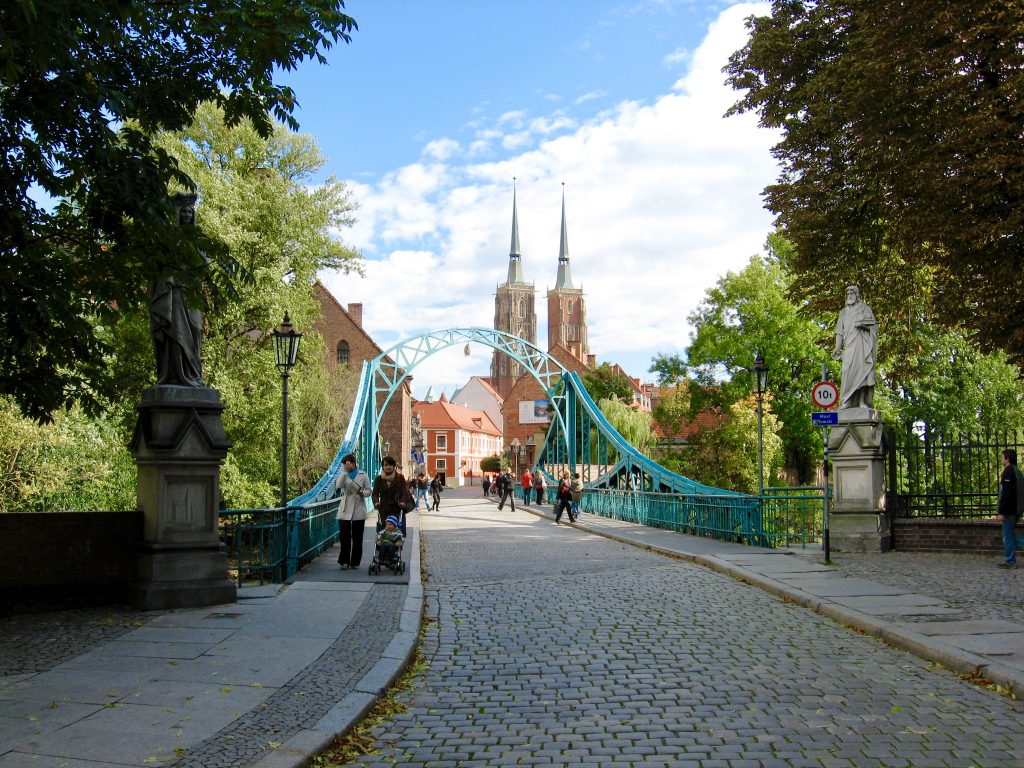 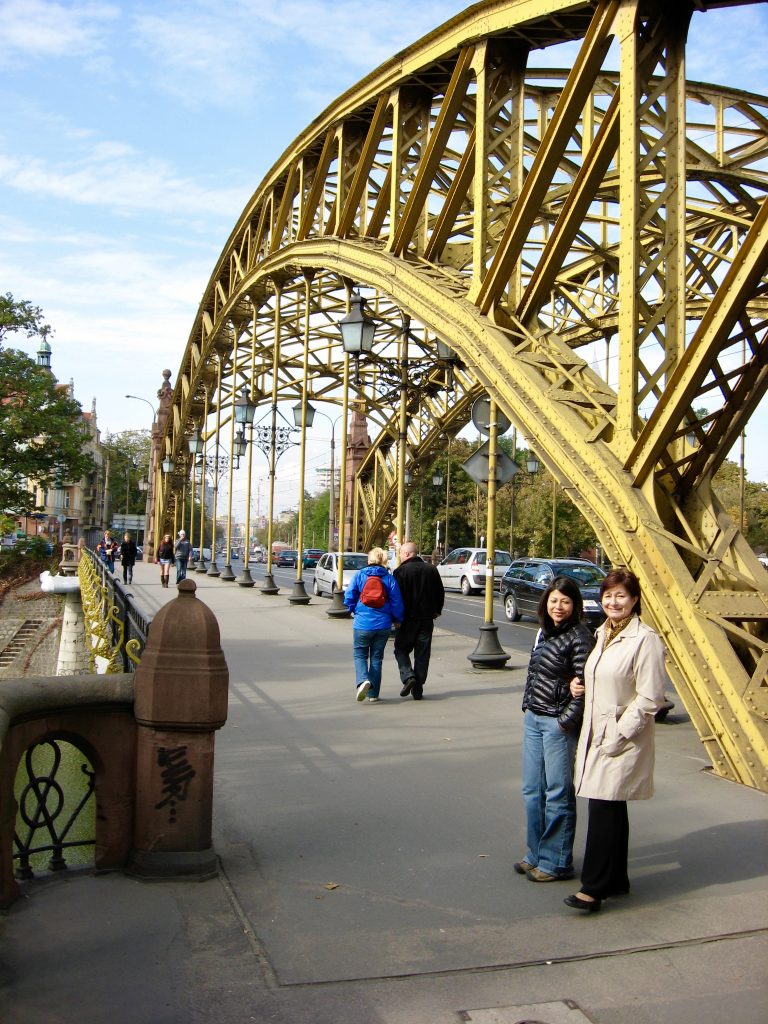 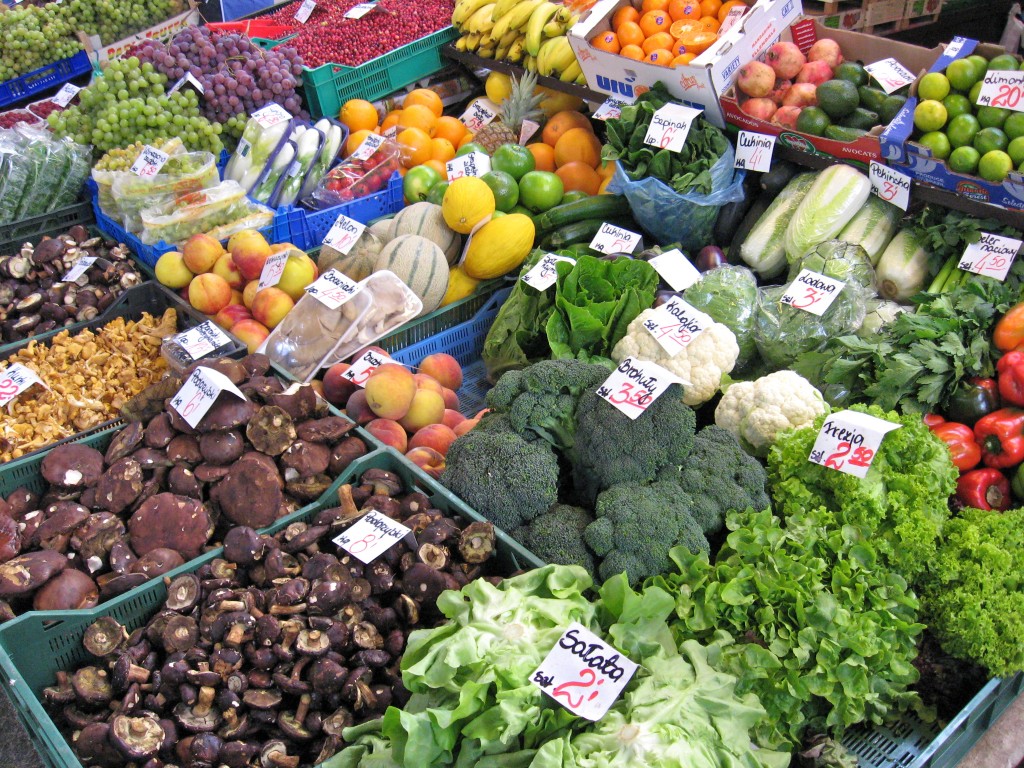 An indoor farmers’ market in Wroclaw…heavy on the ‘shrooms (Sept. 2008). 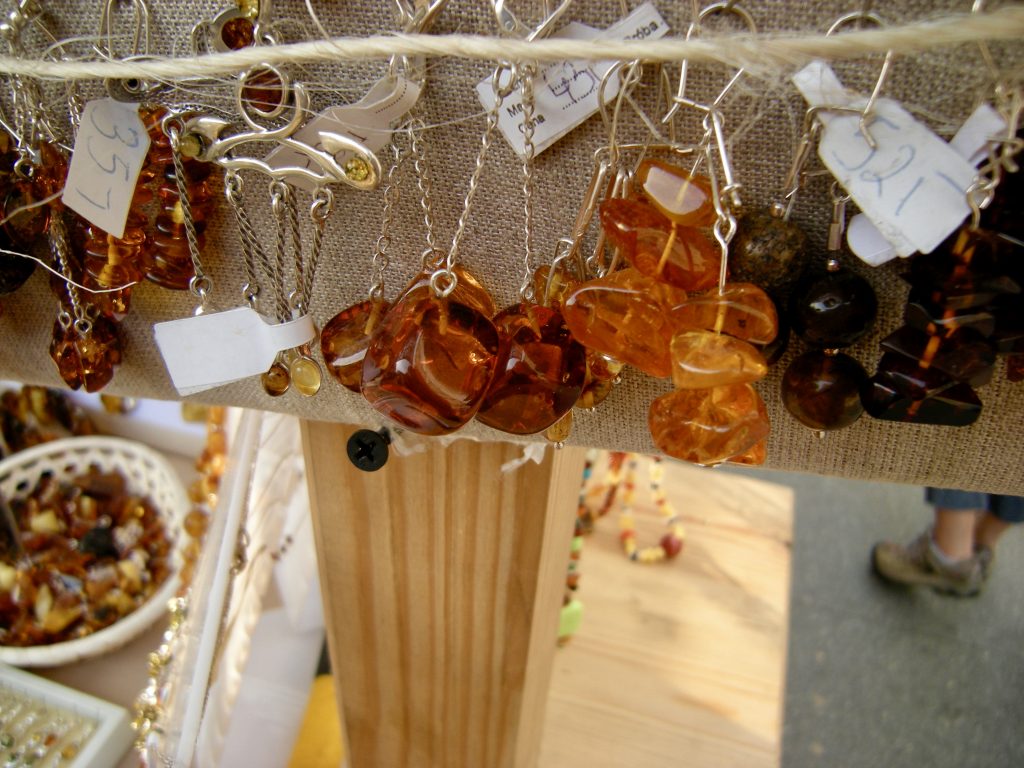 Amber jewelry – a national passion perhaps – at some outdoor market. 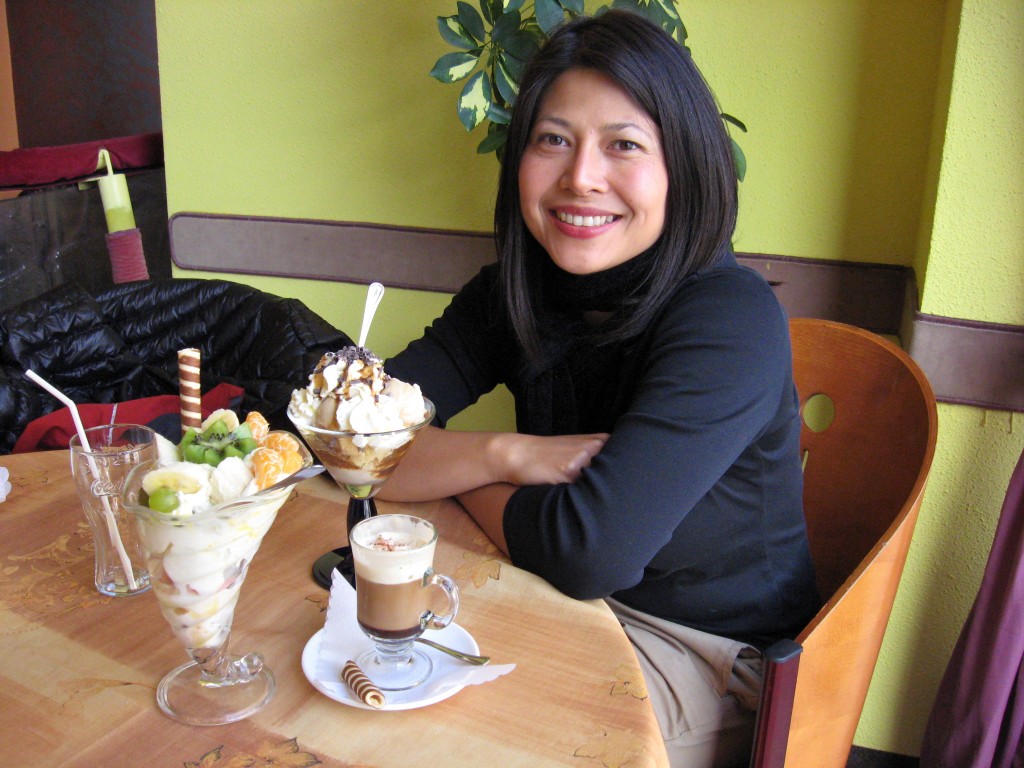 After a 7 week climbing trip, we did plenty of eating, drinking & family-ing in Wroclaw (Sept. 2008). 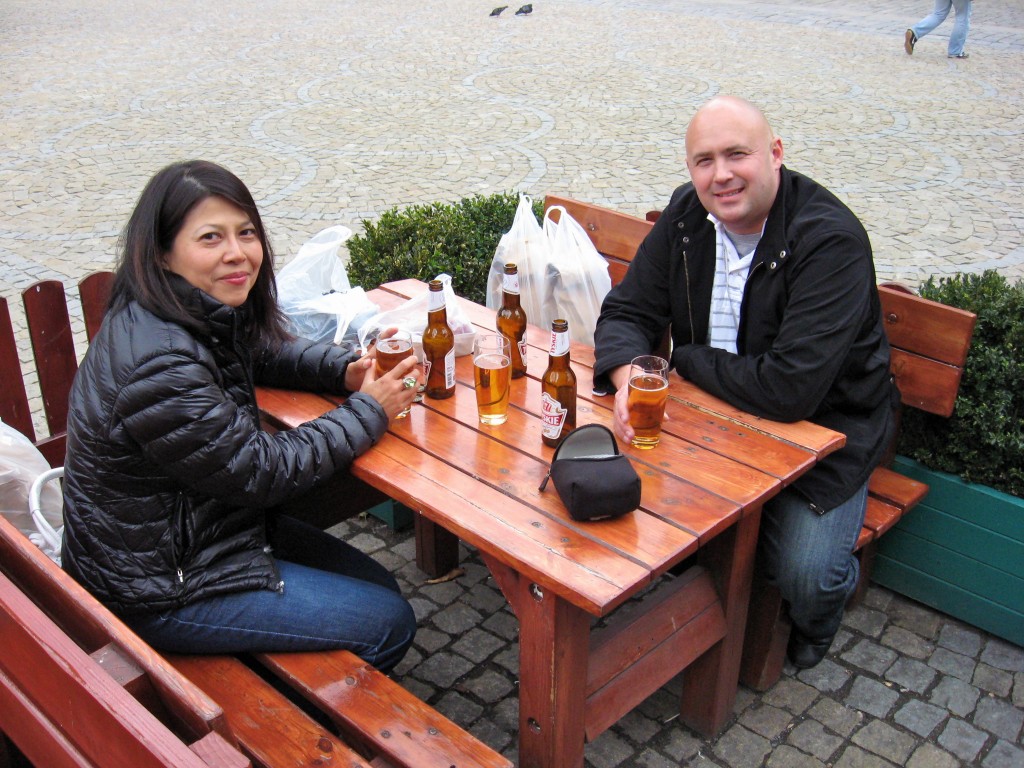 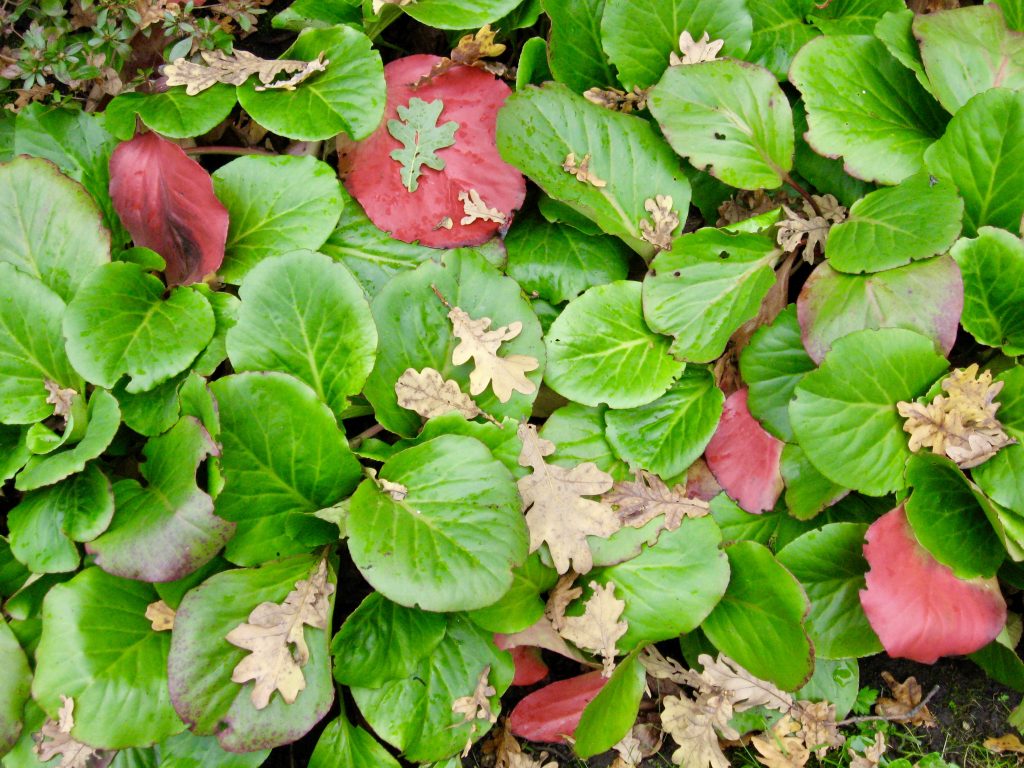 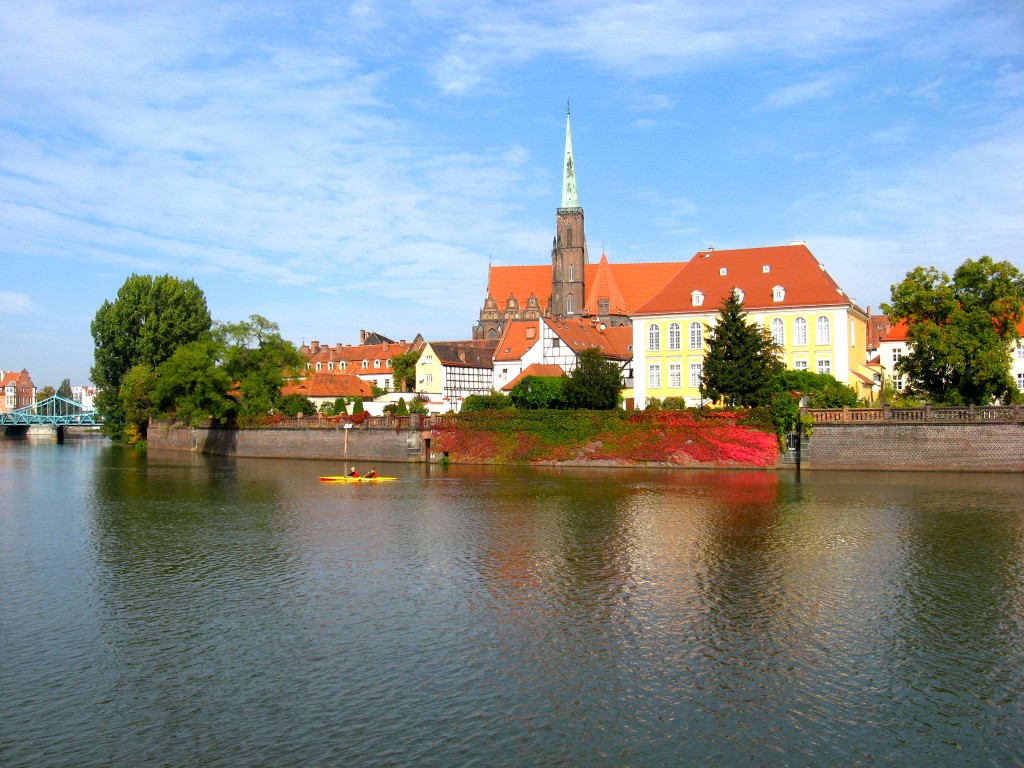 A river cruise in Wroclaw with the hints of fall colors showing in the ivy (Oct. 2008). 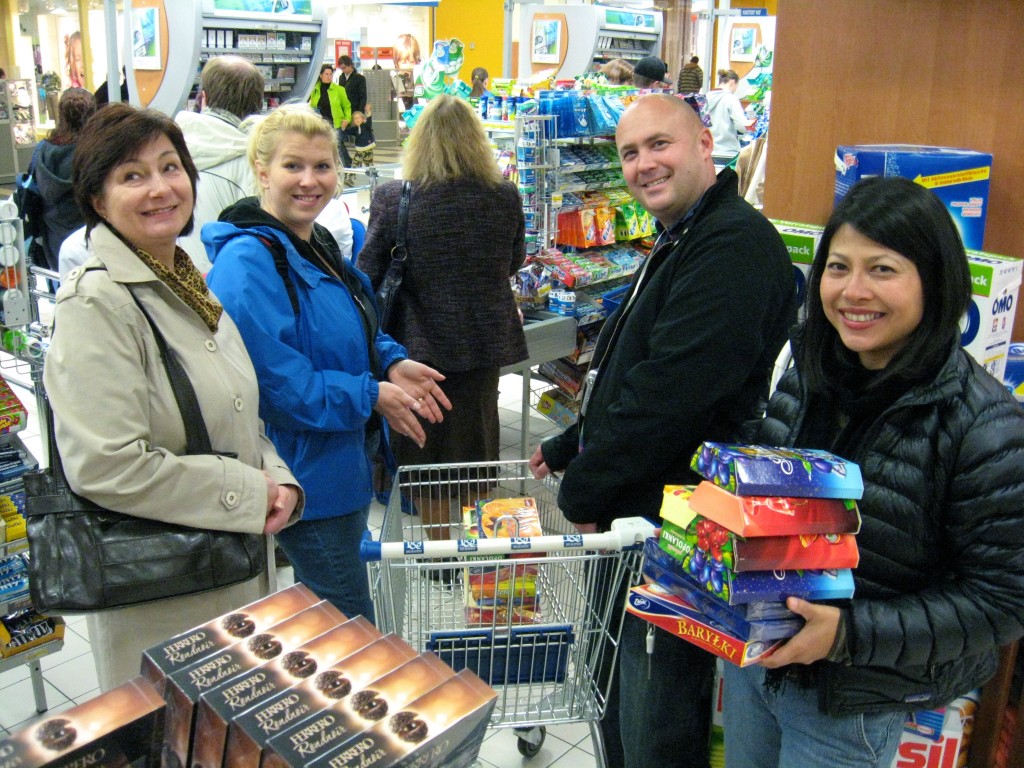 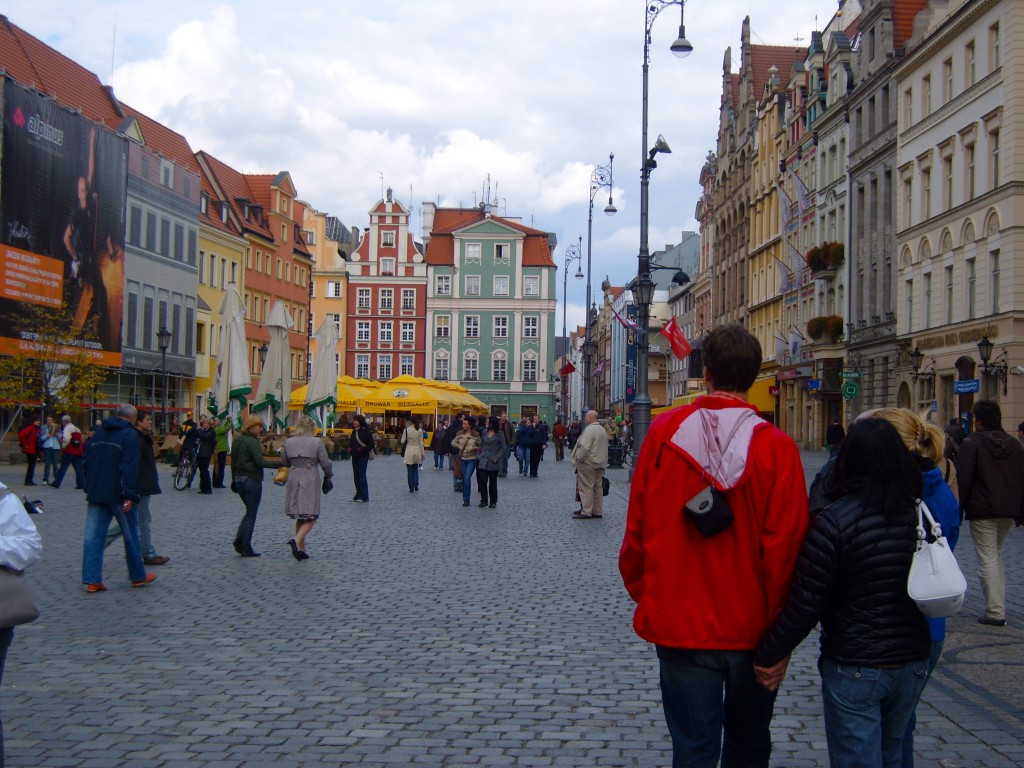 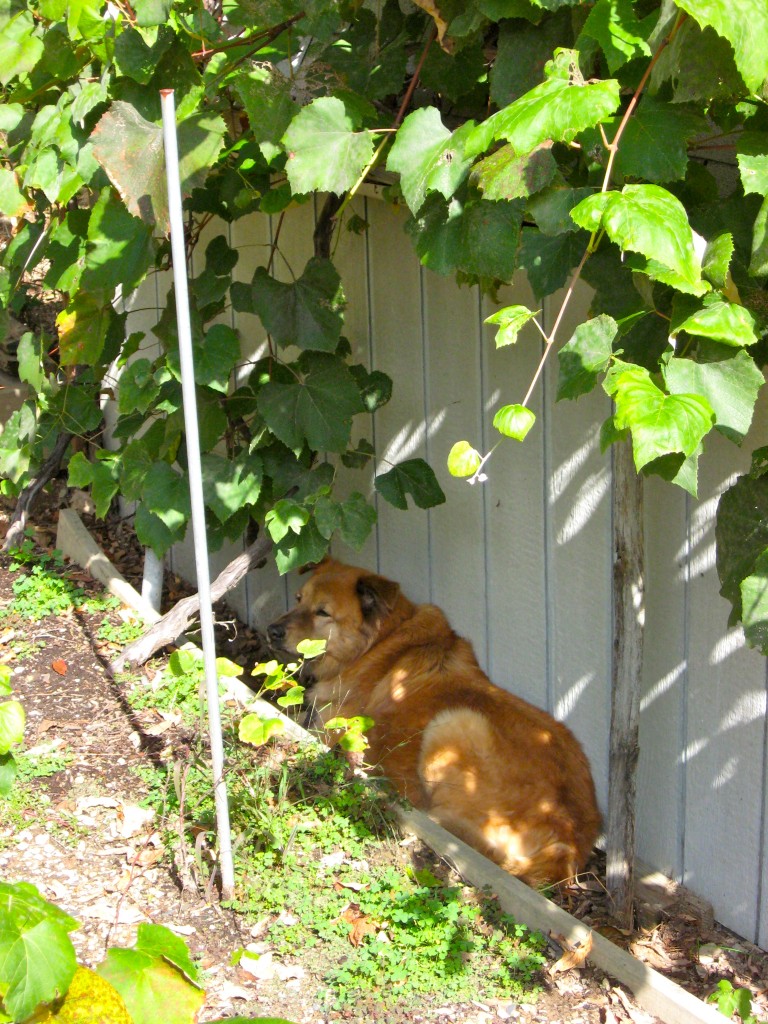 Blondie hanging out in my Dad’s garden in NJ where she “vacationed” during our ~8 week absence (Oct. 2008). 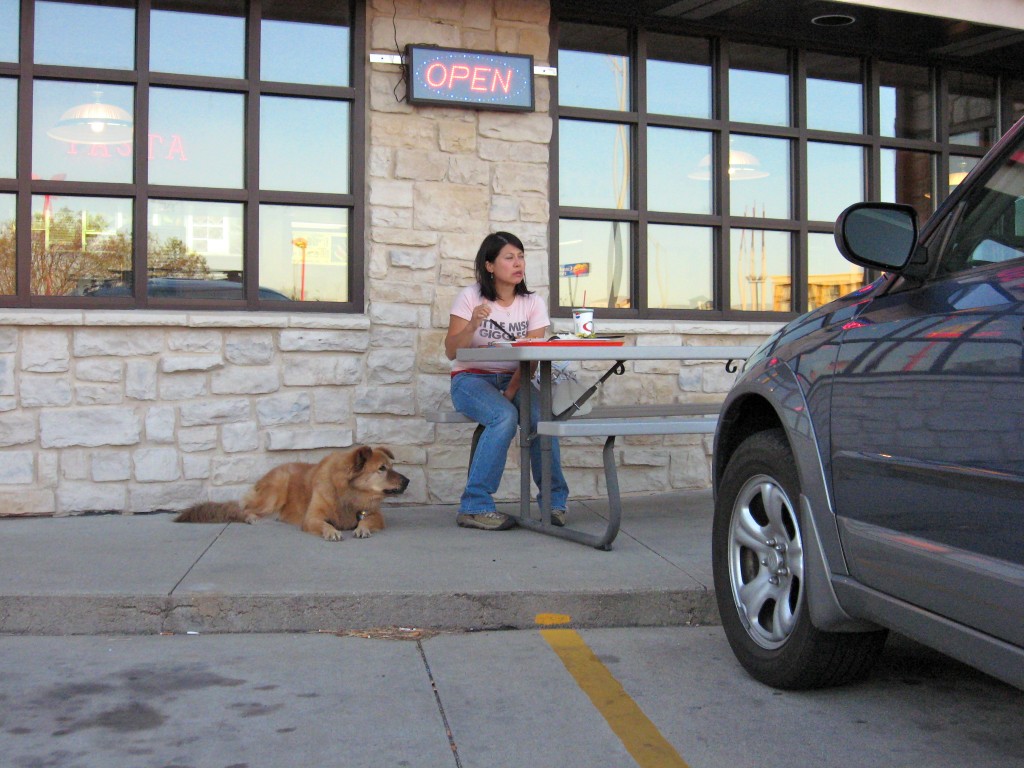 On a long and lonesome highway…Shirley and Blondie taking a lunch break somewhere (yes) east of Omaha during our long trans-continent drive home (Oct. 2008).

Go back to Euro Sampler – Meteora