Go back to Namibia. 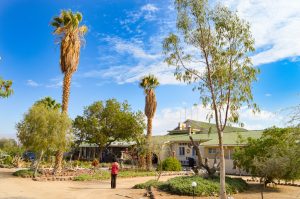 Everything seemed to be lined up well ahead of time and we finally set off on our trip in mid-May. Portland to JFK followed by a ~15 hour Atlantic crossing to Johannesburg (endurance sitting) and quick jump to Windhoek (Windook…thought me was on the wrong plane when I heard this) where we picked up our rugged, off-road rental (a Corolla). Our first impressions of the country were that it looked like southern Arizona – minus the border patrol checkpoints but with a heavy German-language influence… that is until a baboon bolted across the road thirty feet ahead of our car. Following the nearly 30 hour trip, we spent our first night in Windhoek where we also did some shopping the following morning: a throw-away cell phone, gasoline, and 70 bottles…anarchists’ three essentials (to clarify, gasoline for stove and 70 bottles of water). By noon we were driving north towards the old mining town of Uis . We’ve read about Namibia ’s great infrastructure and indeed the only difficulty getting around was trying to remember to drive on the “wrong” side of the roads. A couple of near misses in those early days quickly built-up the right muscle memory. 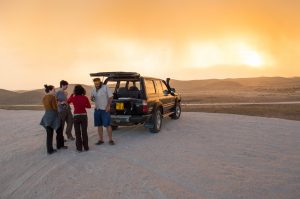 We reached Uis in the late afternoon. The place became a ghost town in the early 90s when the tin mining operation closed but has since been resurrected as a conglomerate of a Damara village (livestock herding) on one side and a white Namibian and European settlement (tourist herding) on the other. There, Basil greeted us with a “bit of bad news.” Apparently some hikers were caught hiking without a permit on the next-door Brandberg within days of our arrival and got busted. A story we’d later learn made national news in Namibia . As a result all permits were suspended. While Basil was trying to sort through things with his contacts on the Heritage Council, we met John a Damara guide who strongly insisted that we call his contact on the same Council and make our case directly. We ended up interrupting Mr. Mentos during a meeting and figured we that we had fubar-ed things at that point. That evening we met Guy and Shira who were on a 6-month trip through southern Africa and Papua. We all got an area tour from Basil, enjoyed a fun dinner together and figured that we’ll be going to Spitzkoppe the next day. To our astonishment, Mr. Mentos called us back that evening and asked for our old permit information to be forwarded to him suggesting that “things can be worked out.” 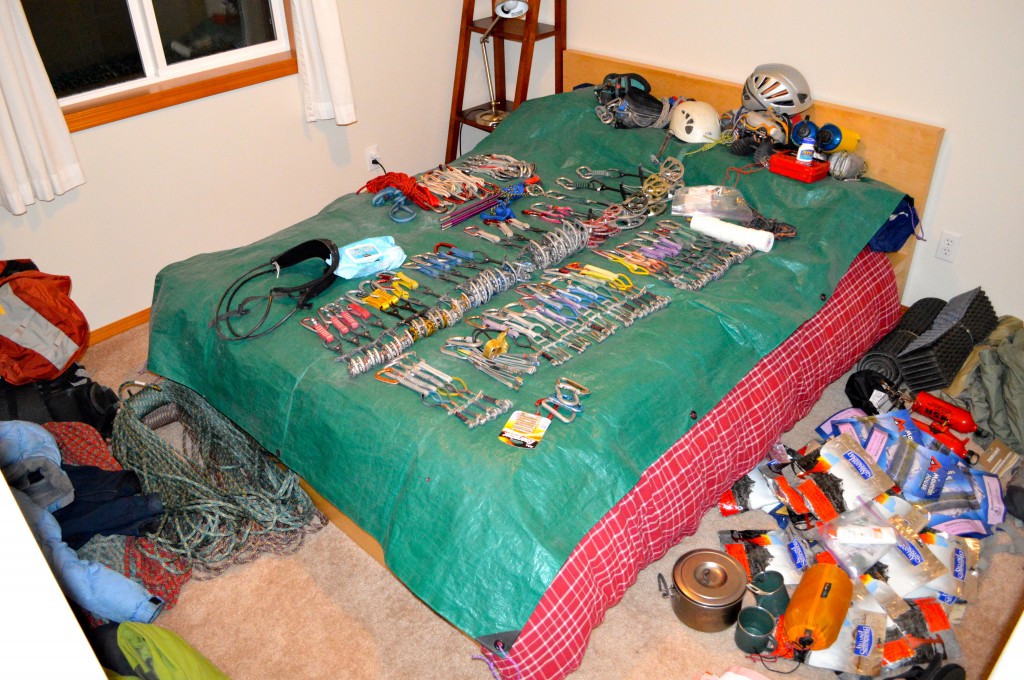 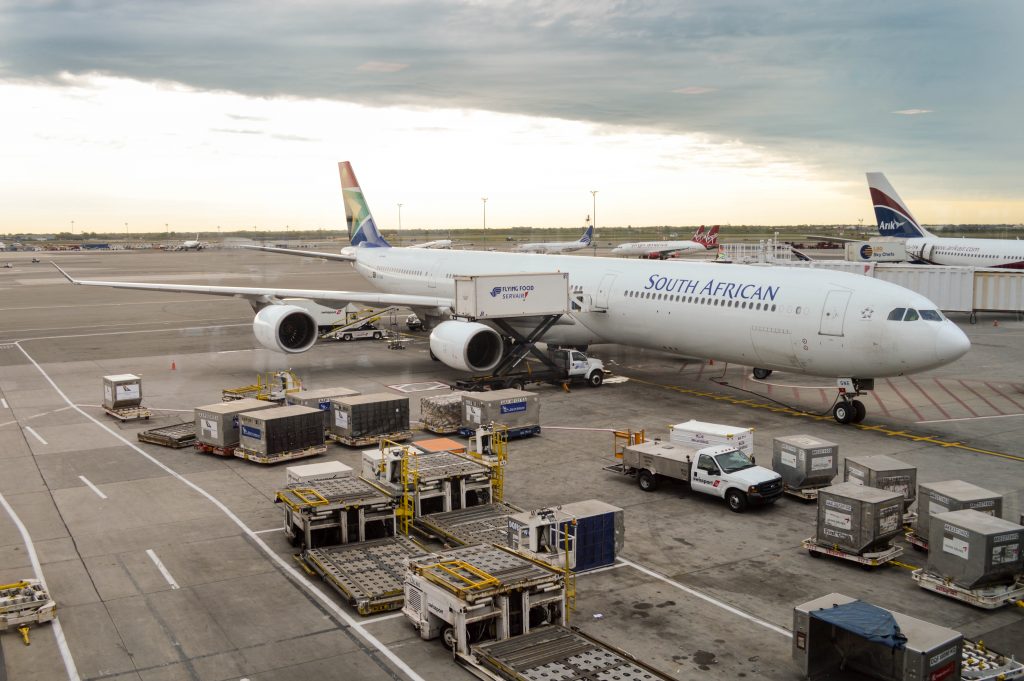 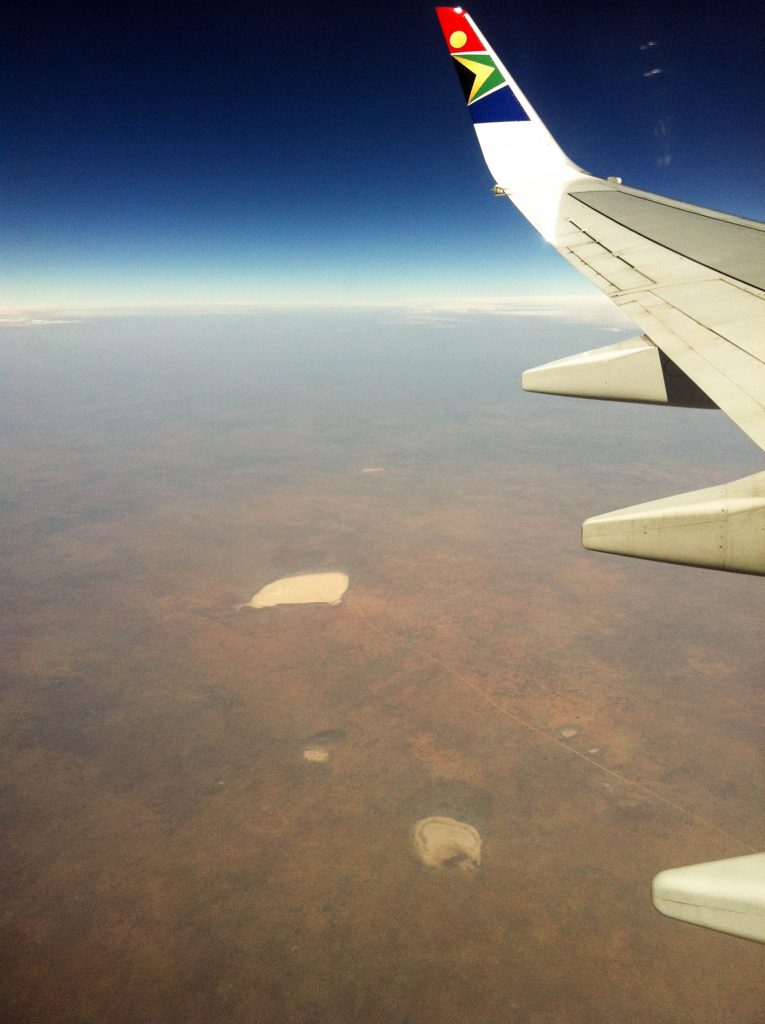 Southern Namibia – I believe these are salt pans (May 2013). 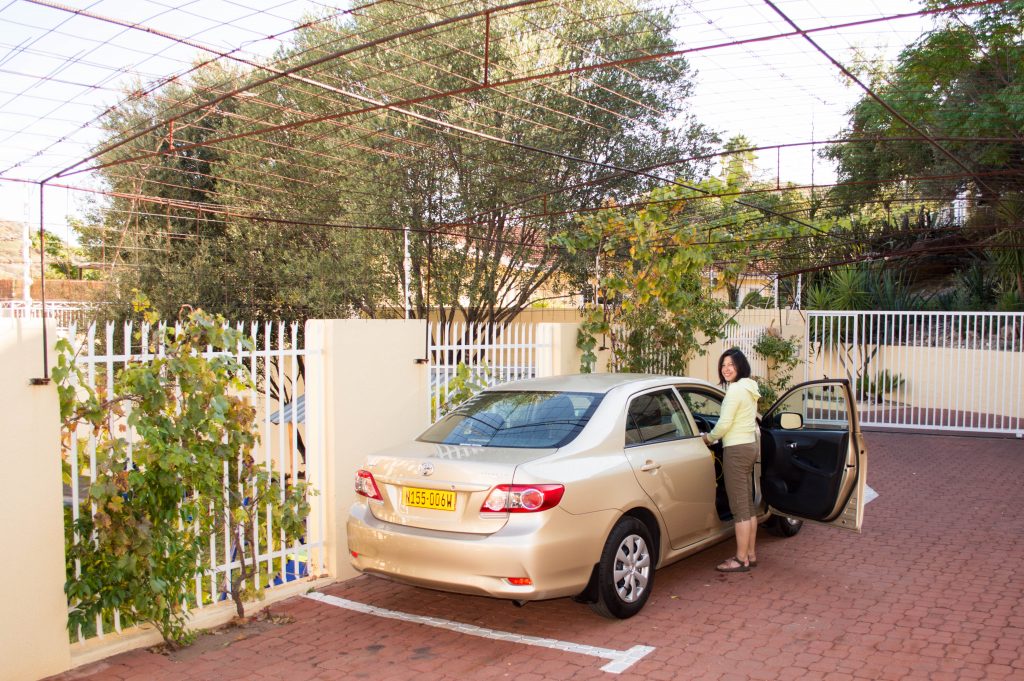 Shirley and our rental at some hotel we found for our first night in Namibia (May 2013). 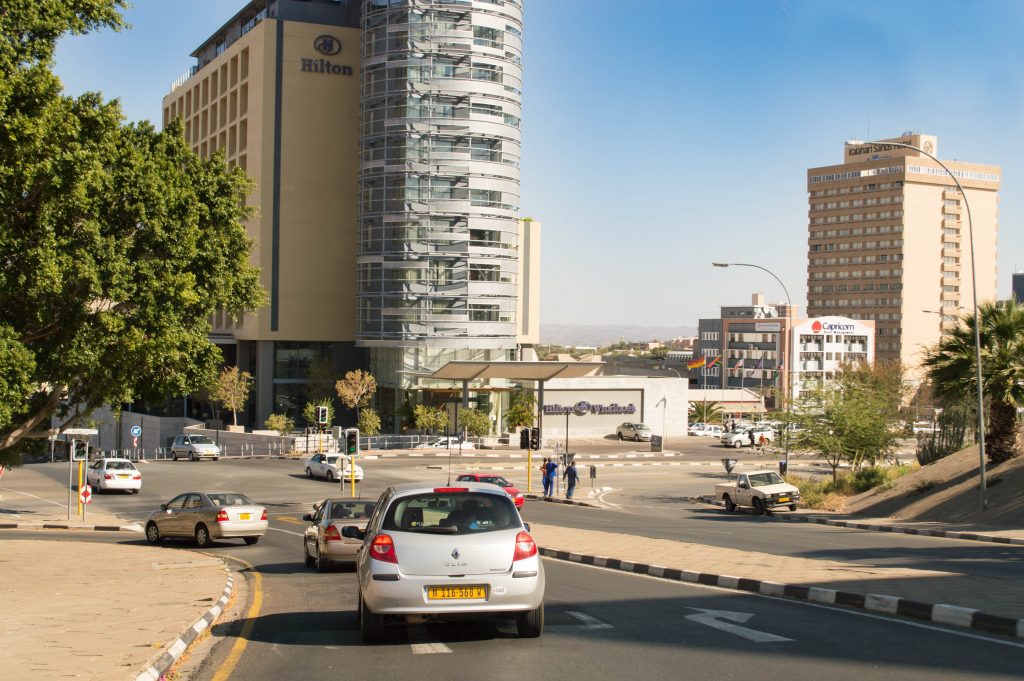 Windhoek. Trying to score some food on our first afternoon in Namibia (May 2013). 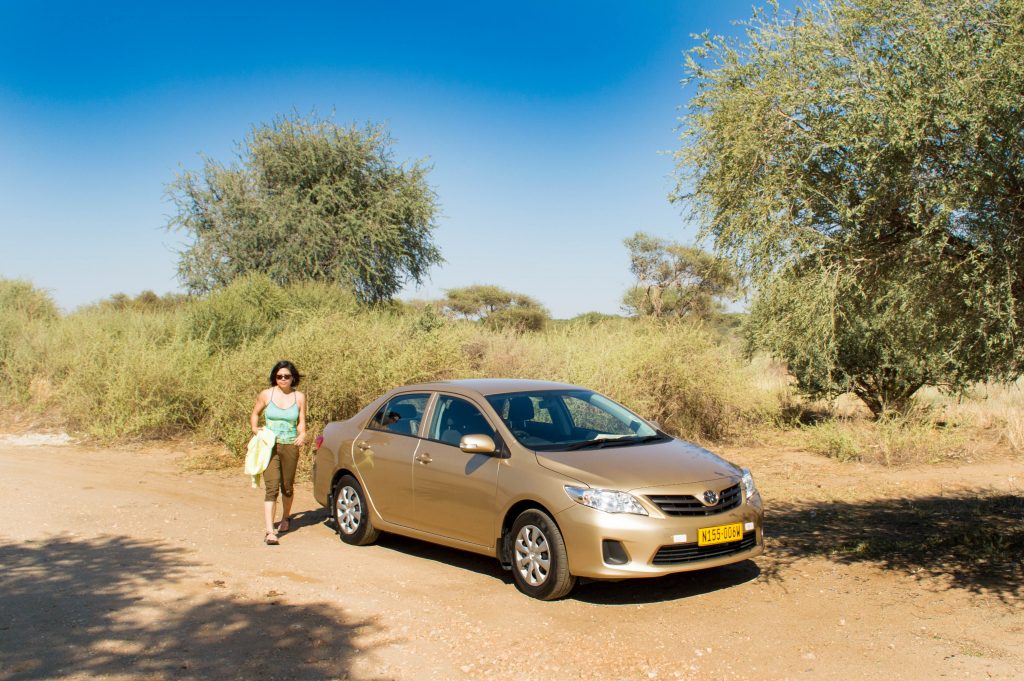 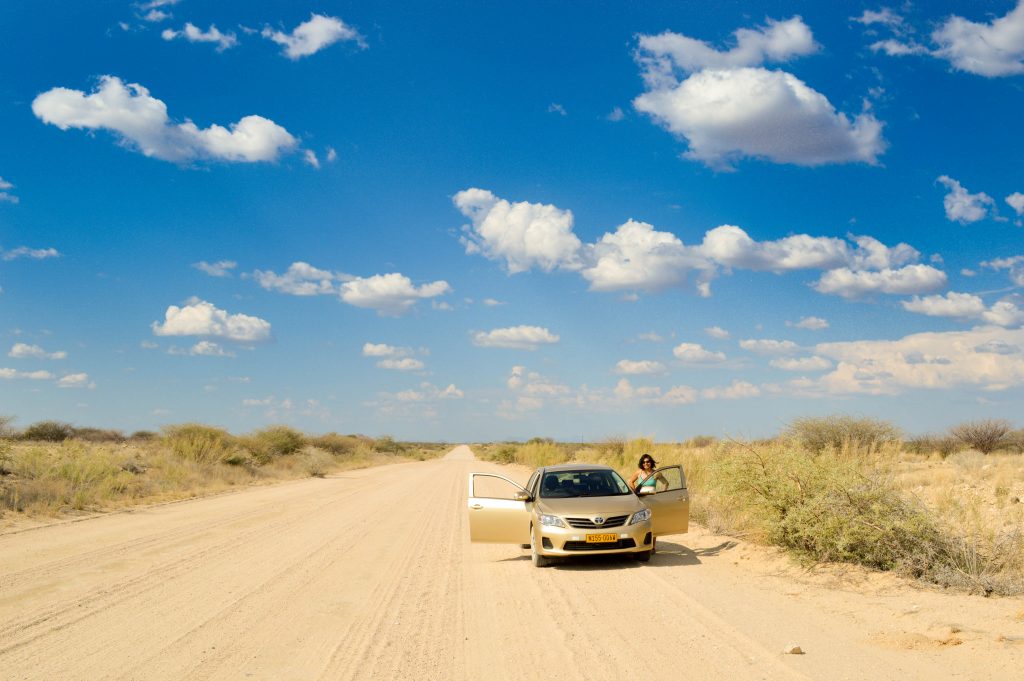 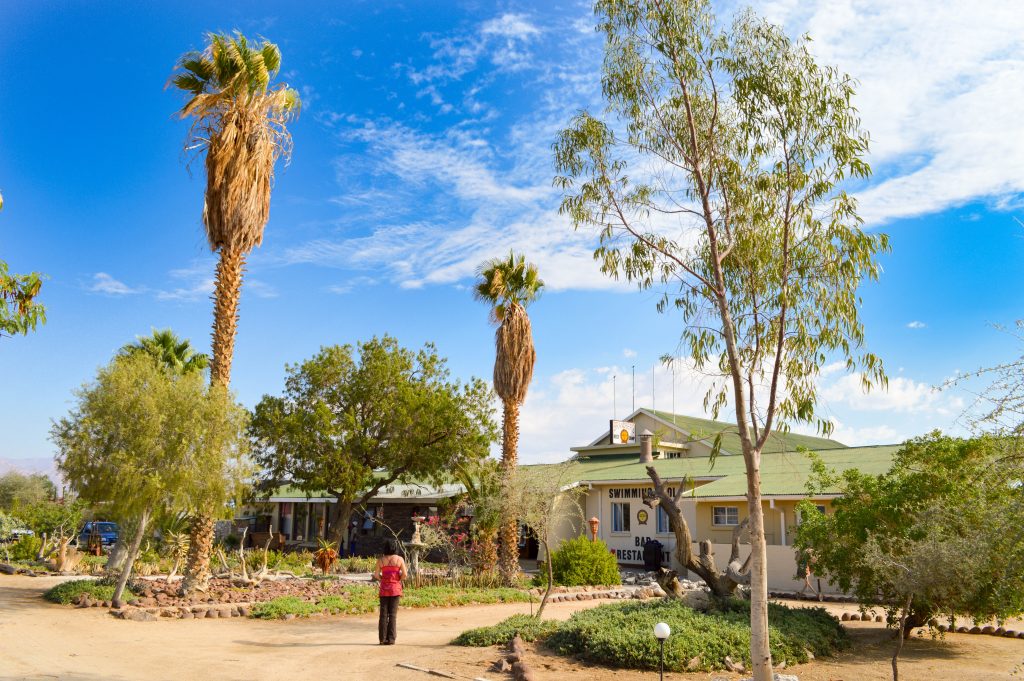 Brandberg Rest Camp in Uis – a very nice jumping off point for ventures into the backcountry of Brandberg (May 2013). 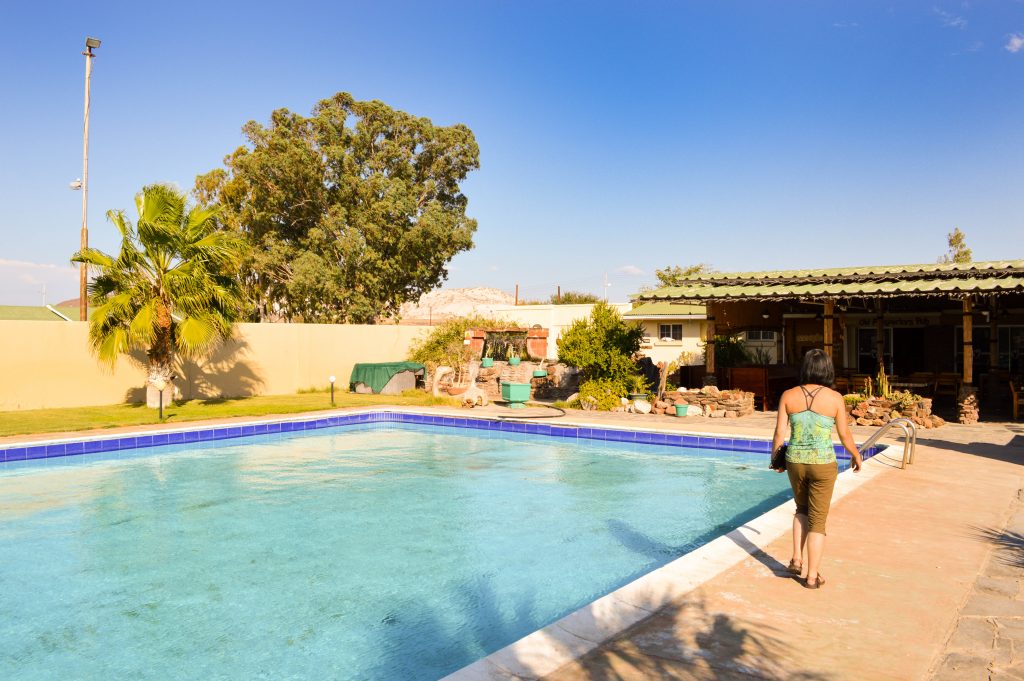 The impressive pool at the Brandberg Rest Camp (May 2013). 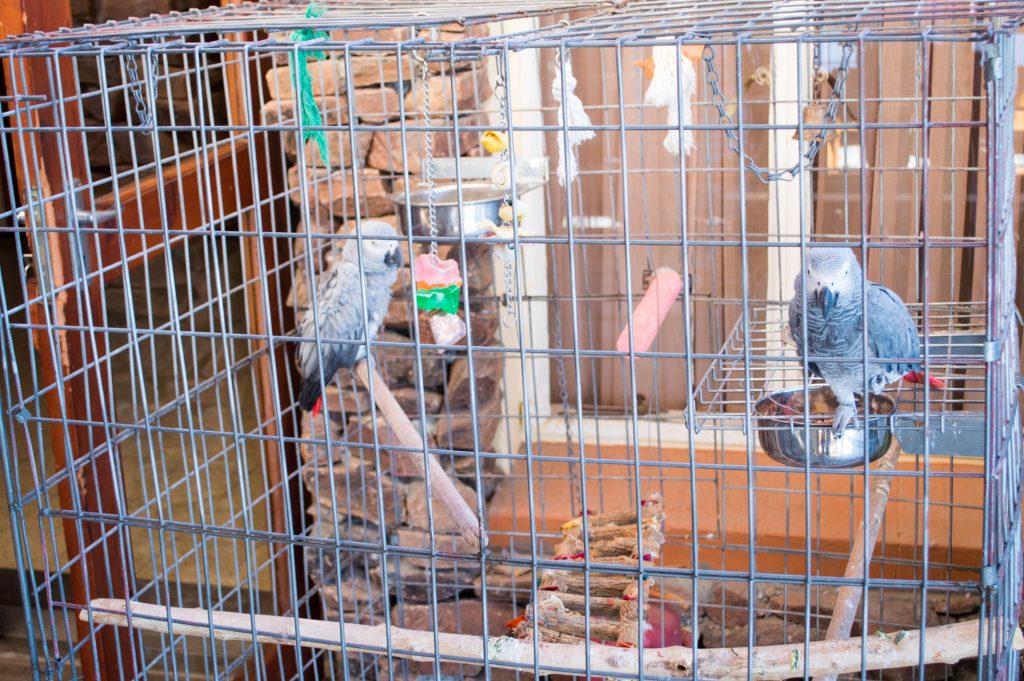 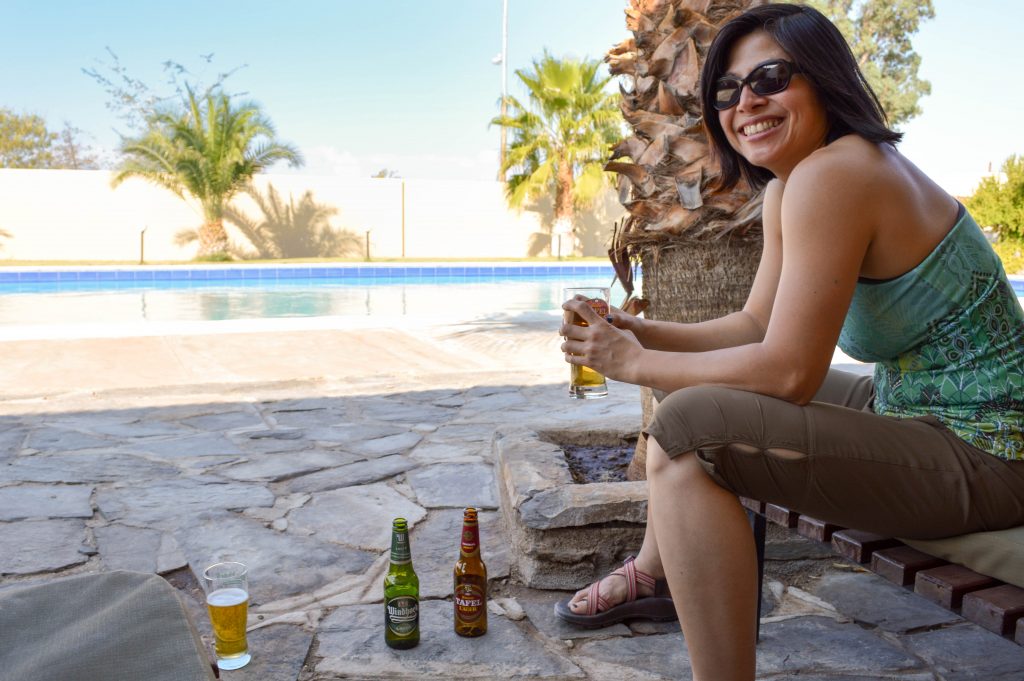 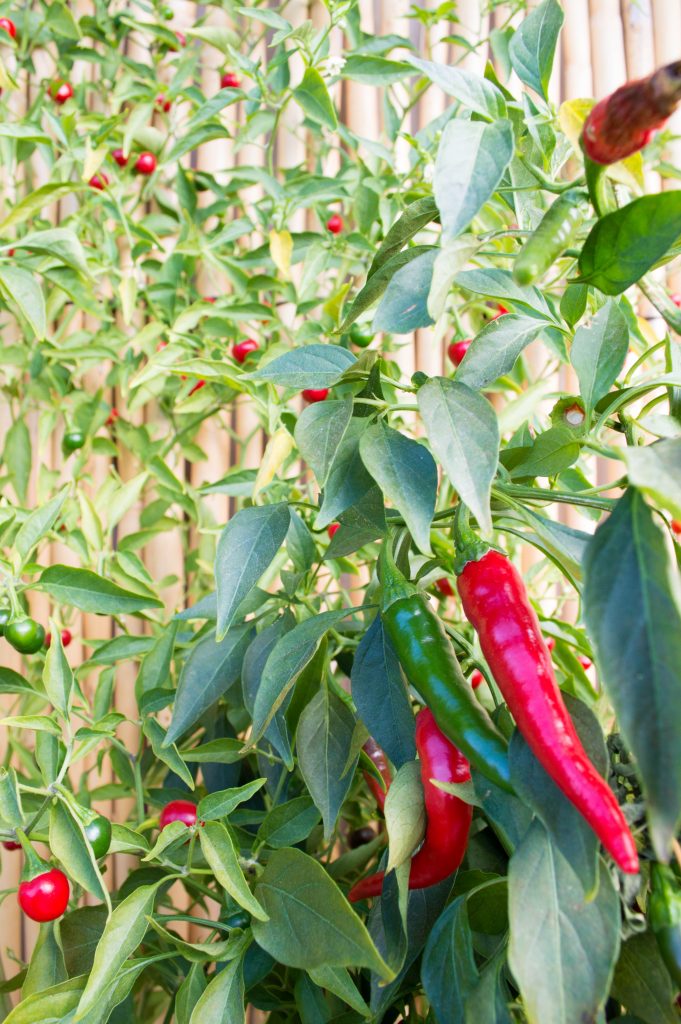 Basil grew some amazing looking peppers in pots right around the pool (May 2013). 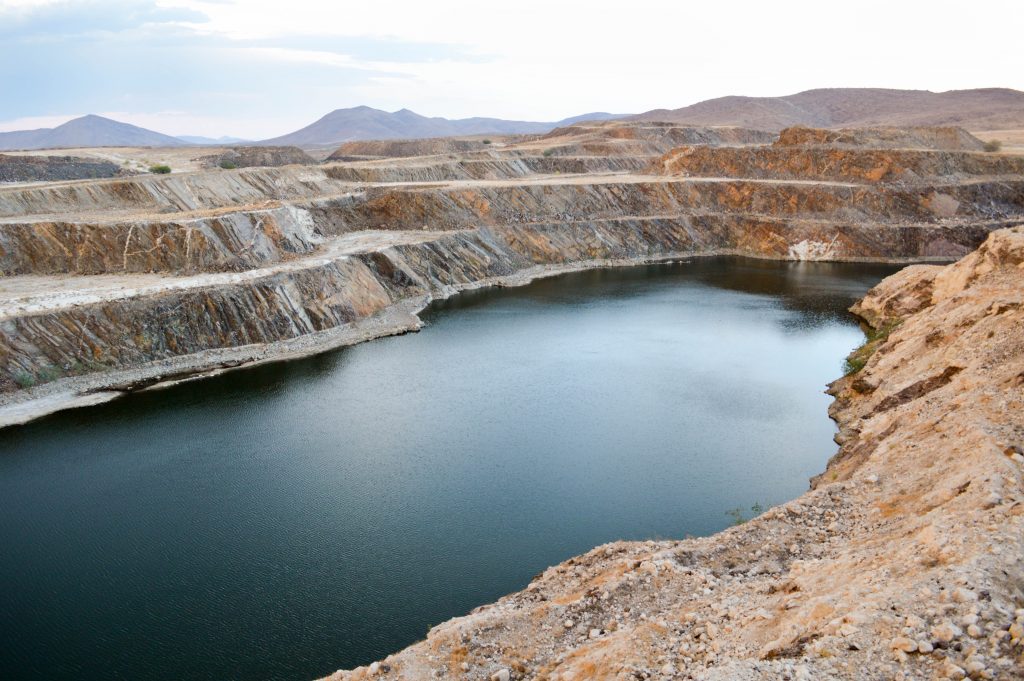 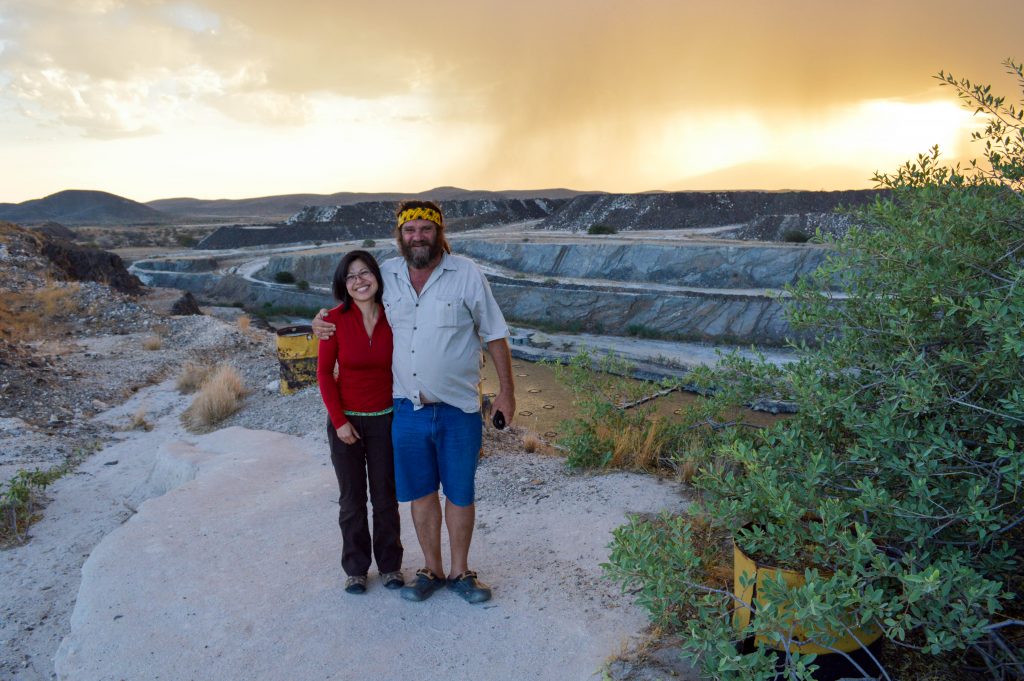 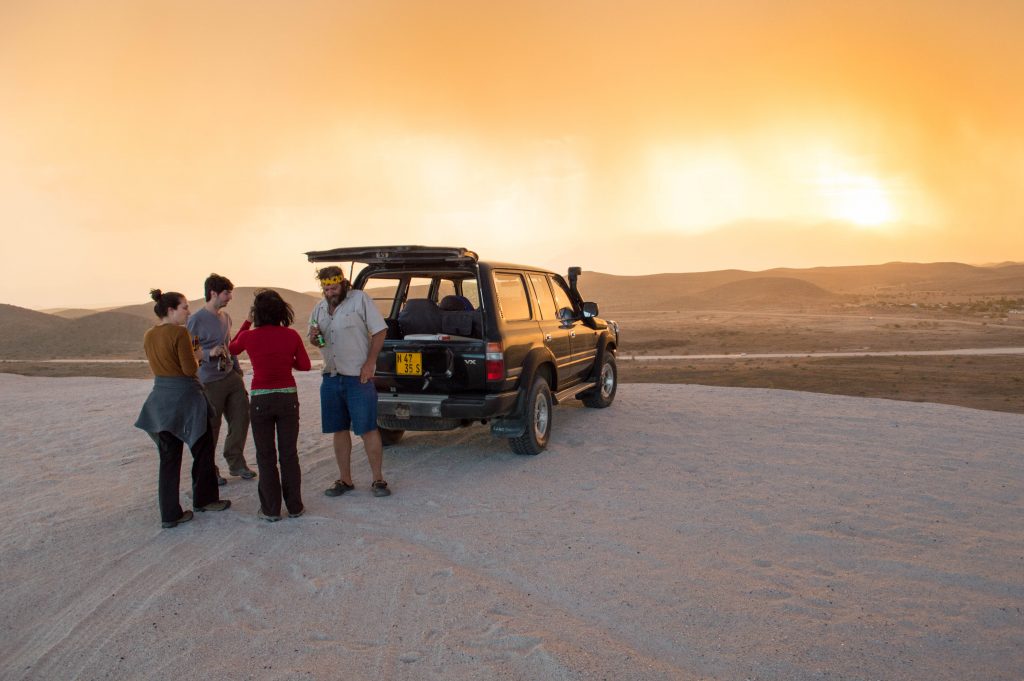 Shira, Guy, Shirley and Basil getting sandblasted atop an old mining heap during a brief thunderstorm (May 2013). 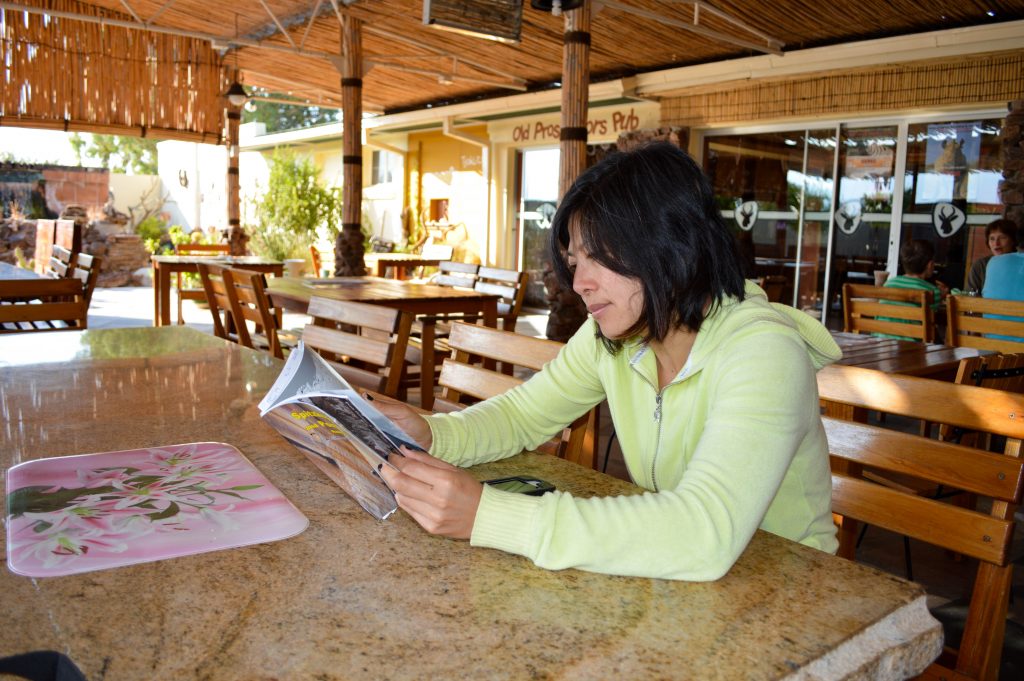 Hanging out in the Brandberg Rest Camp waiting for the word on our climbing permit (& looking to Spitzkoppe for potential plan-B options; May 2013).

Go to Brandberg.
Go back to Namibia.