A Couple Of Spanish Crags – Part 1

Go back to A Couple Of Spanish Crags page. 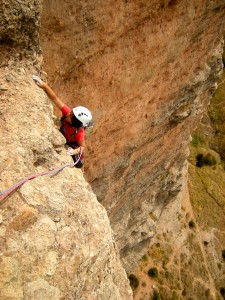 Following a restless night in a roadside motel, we dragged our jetlagged bodies up the short approach through the narrow streets of Riglos the village towards the base of the Pison tower. Plan was to warm up on a route which we never finished last time due to rain. Chooper clocks in at 6b (~5.10) and is 5 pitches long. It climbs the right edge of Pison’s amazing looking east face to about mid-height. From there another (aid) route could be followed straight up to the summit or one can cut right into an easy gully system (Pany Haus) for two pitches to the rap line. The first three pitches (5c, 6a, 5c…I think) went smoothly and brought back fond memories of pulling over bulges on cobble stones. The fourth pitch though a touch more spaced out bolt-wise was moderate and went smoothly as well. The crux fifth pitch was a kick in the nuts for me however. After getting through a couple hard (already) bulges, I came to a series of improbably steep moves with poor handholds and worse feet. Much hanging and cursing ensued and eventually the difficulties were overcome with aid. Oh well – the difficulty difference between the 6a and the 6b pitches on Chooper felt astronomical …at least to me. From there, we traversed over to the two easier pitches of Pany Haus. A longish but very friendly series of rappels brought us down. Not exactly a warm up route…more like a confidence shattering one. 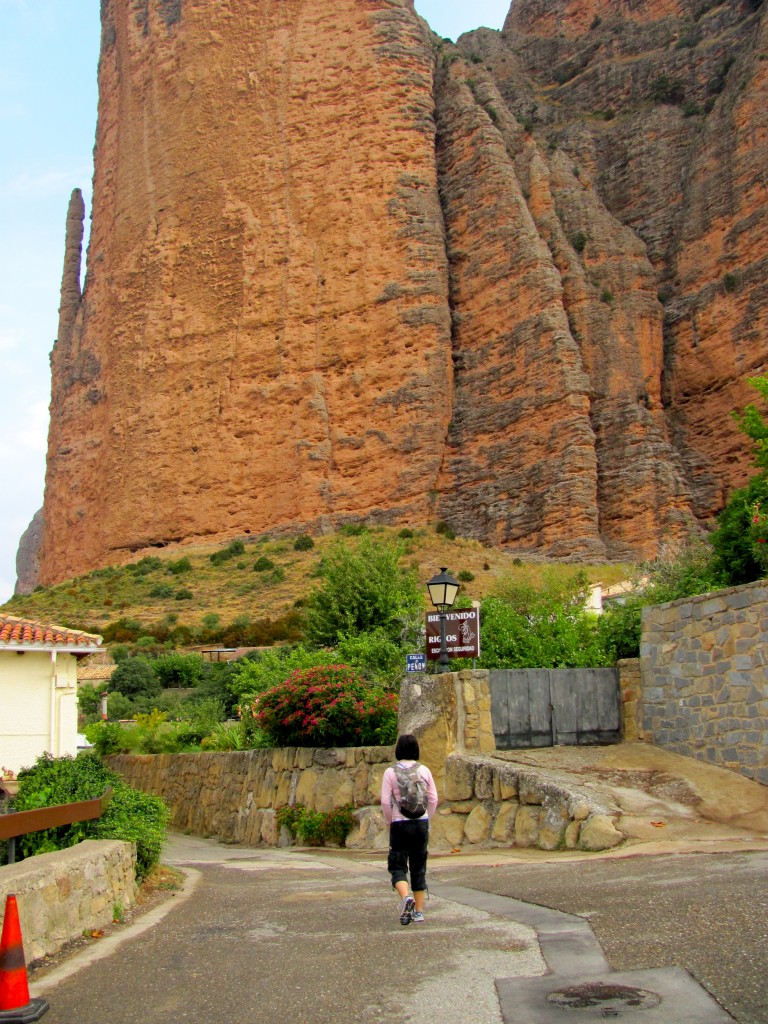 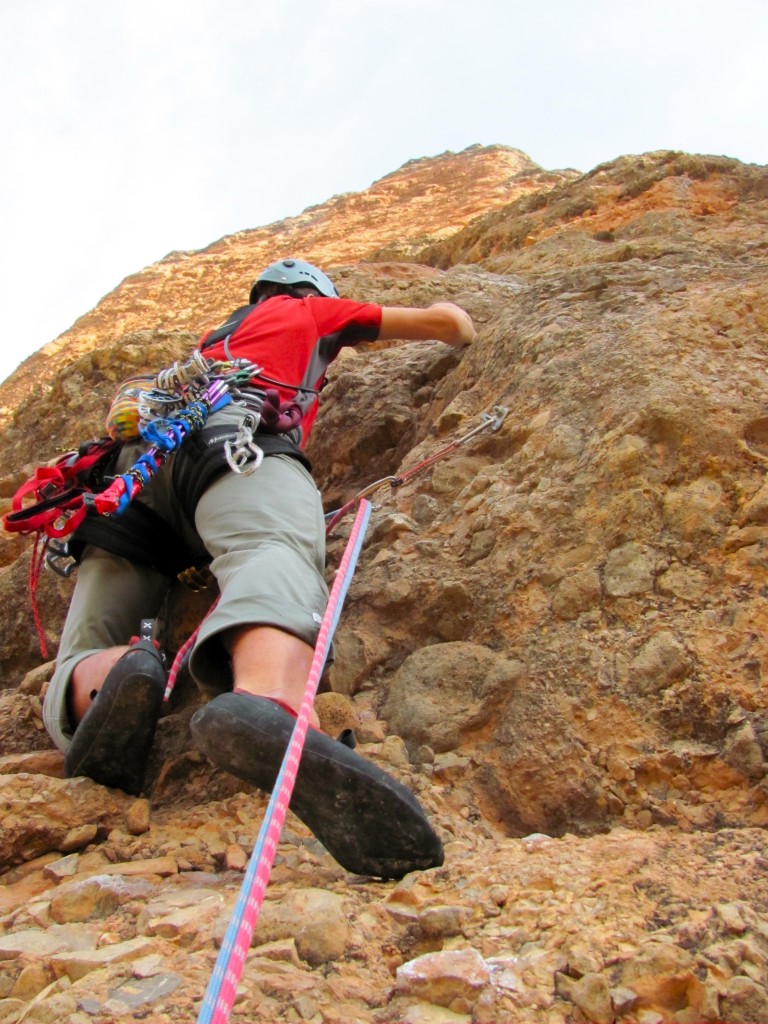 Starting up the second pitch of Chooper route on El Pison (Sept. 2010). 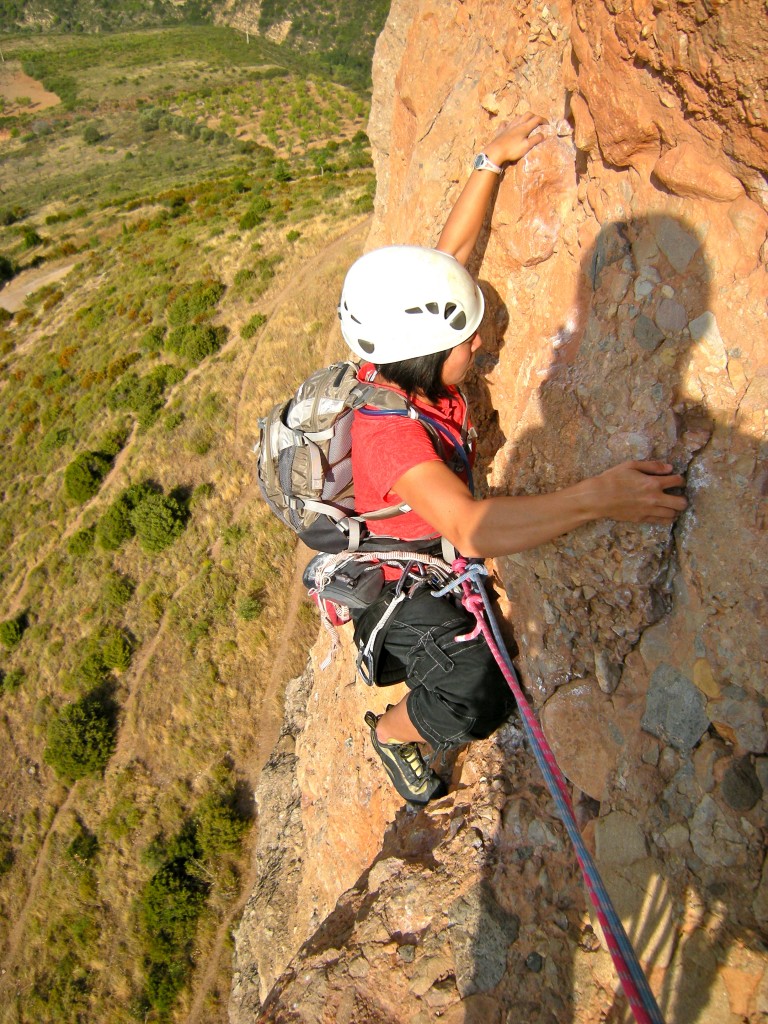 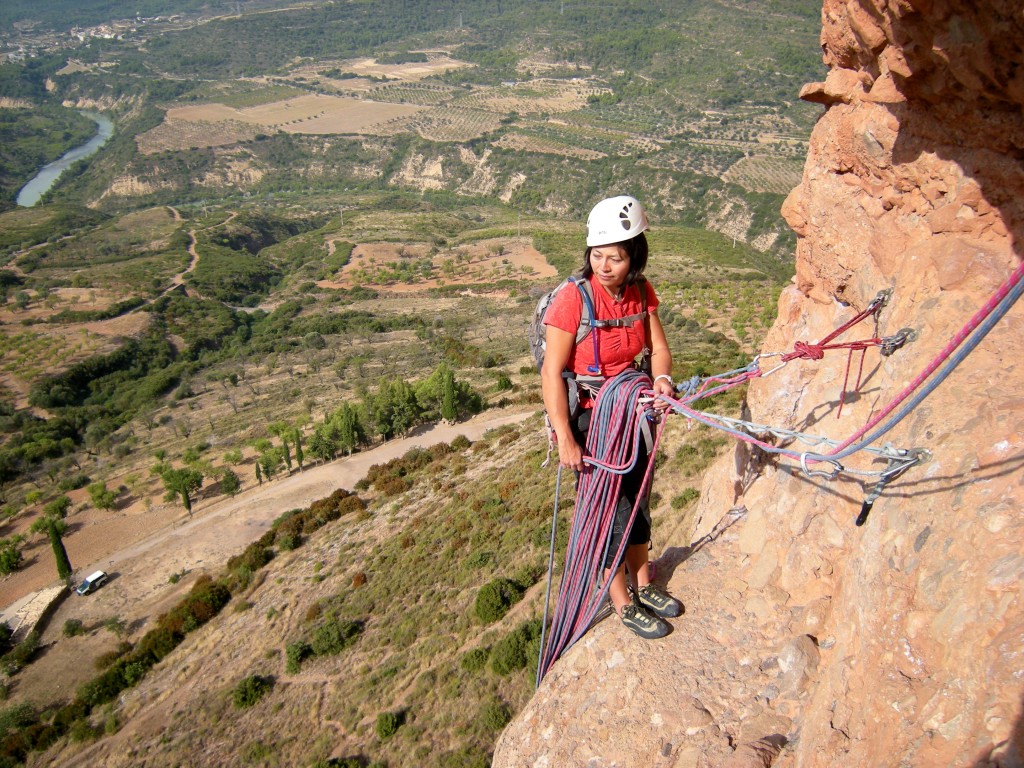 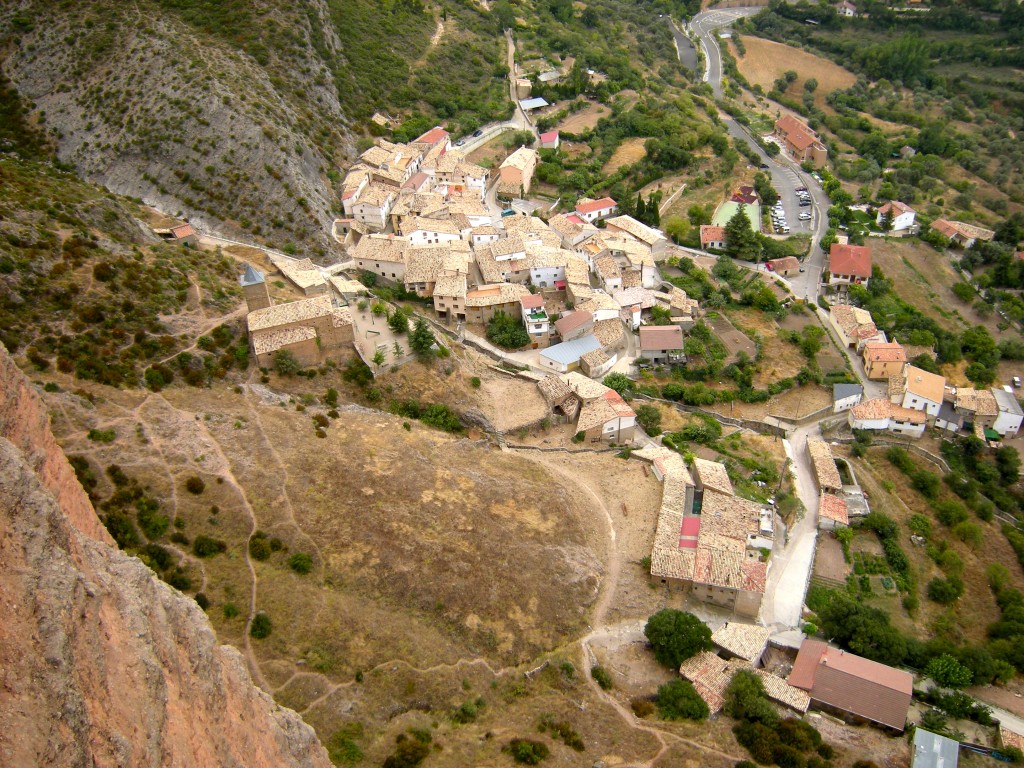 Looking back at the village of Riglos from high on Chooper route (Sept. 2010). 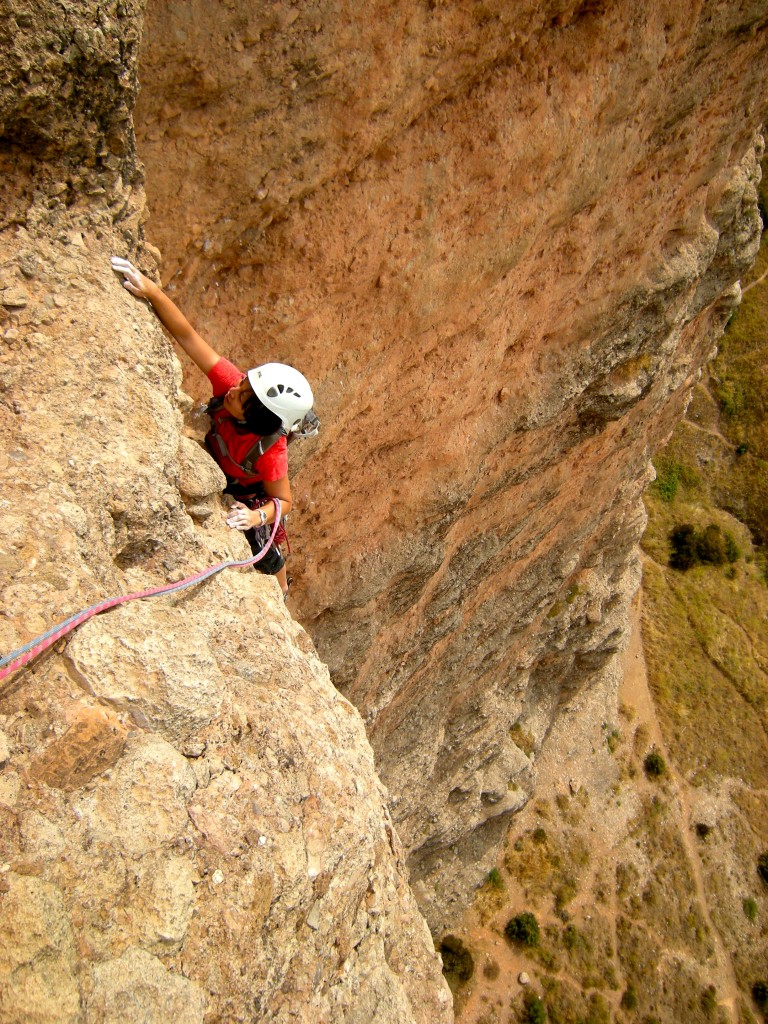 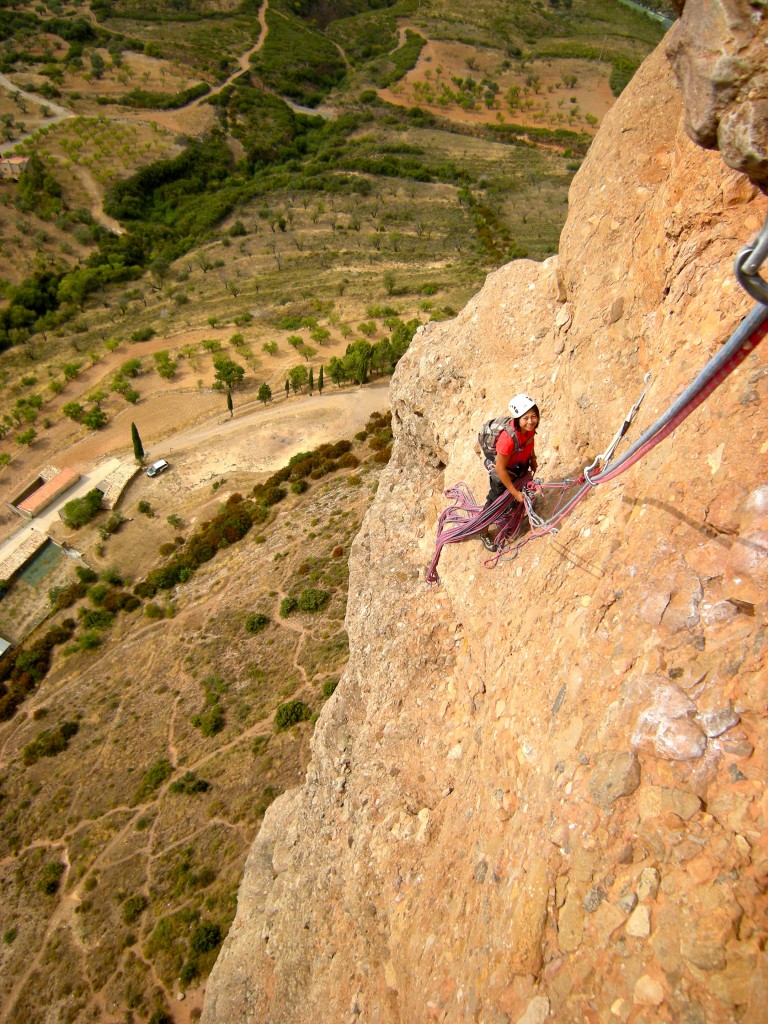 Shirley at the fourth pitch belay on Chooper on El Pison. Photo taken before the (hard) crux (Sept. 2010). 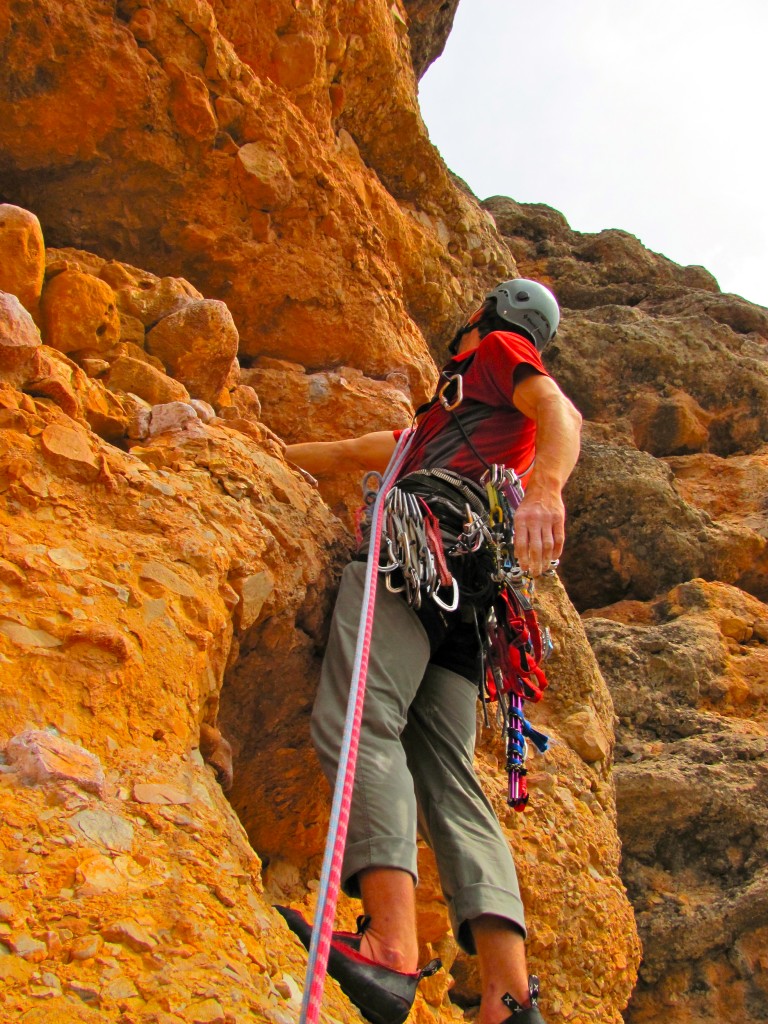 Starting up one of the middle pitches of Chooper – this is the typical terrain: steep bulges interrupted by good stances (Sept. 2010). 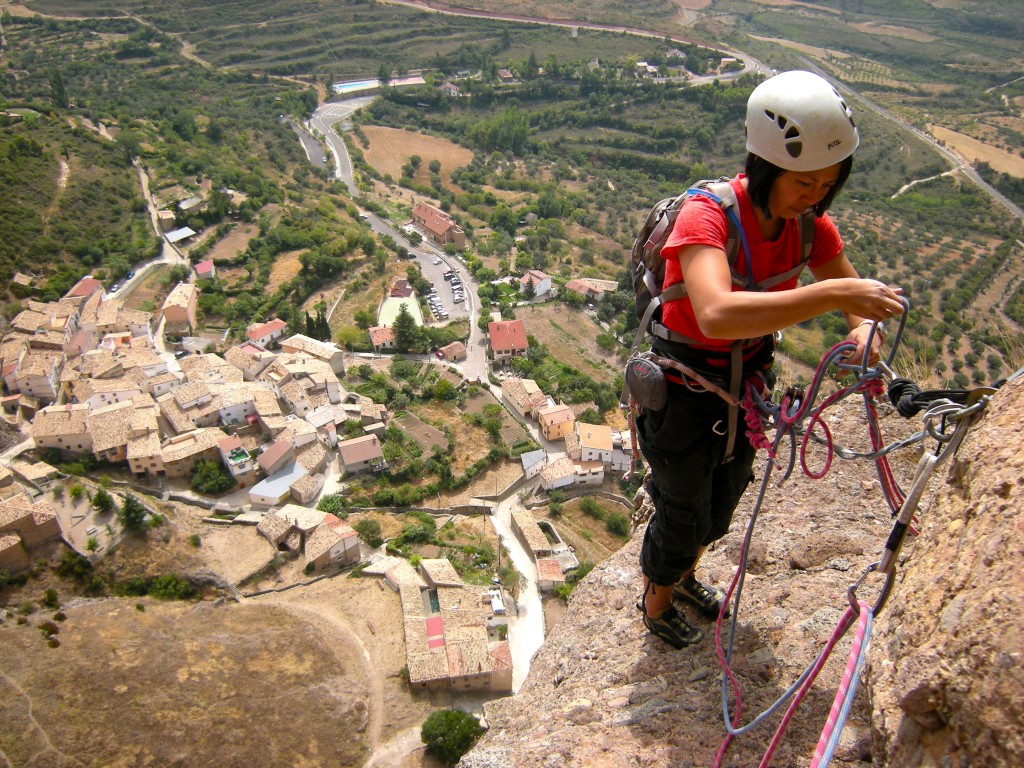 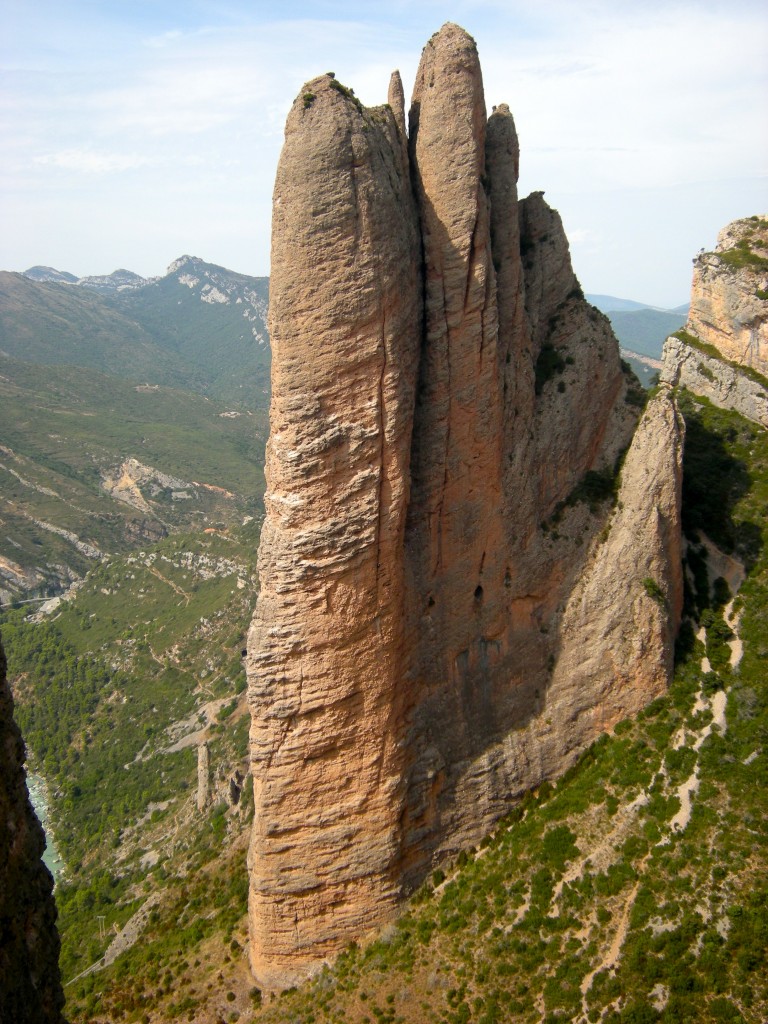 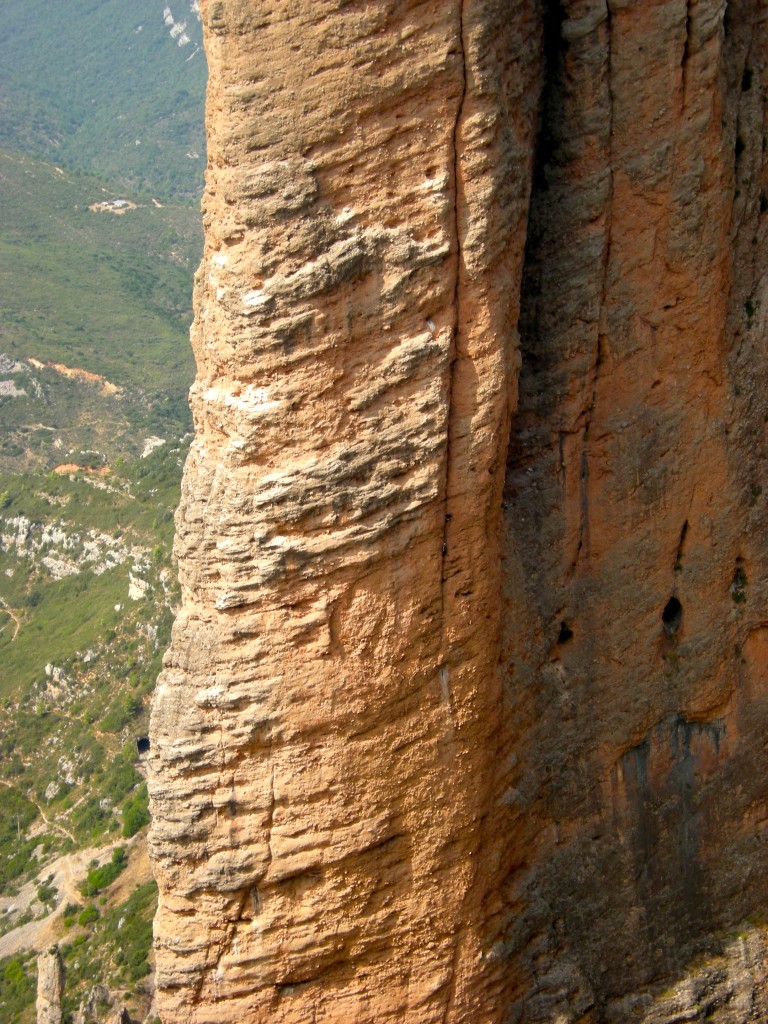 Unknown climbers on Fisura Gallego-Carrillo (6a A2) on El Mallo Fire. View is from high on the Chooper route on El Pison (Sept. 2010). 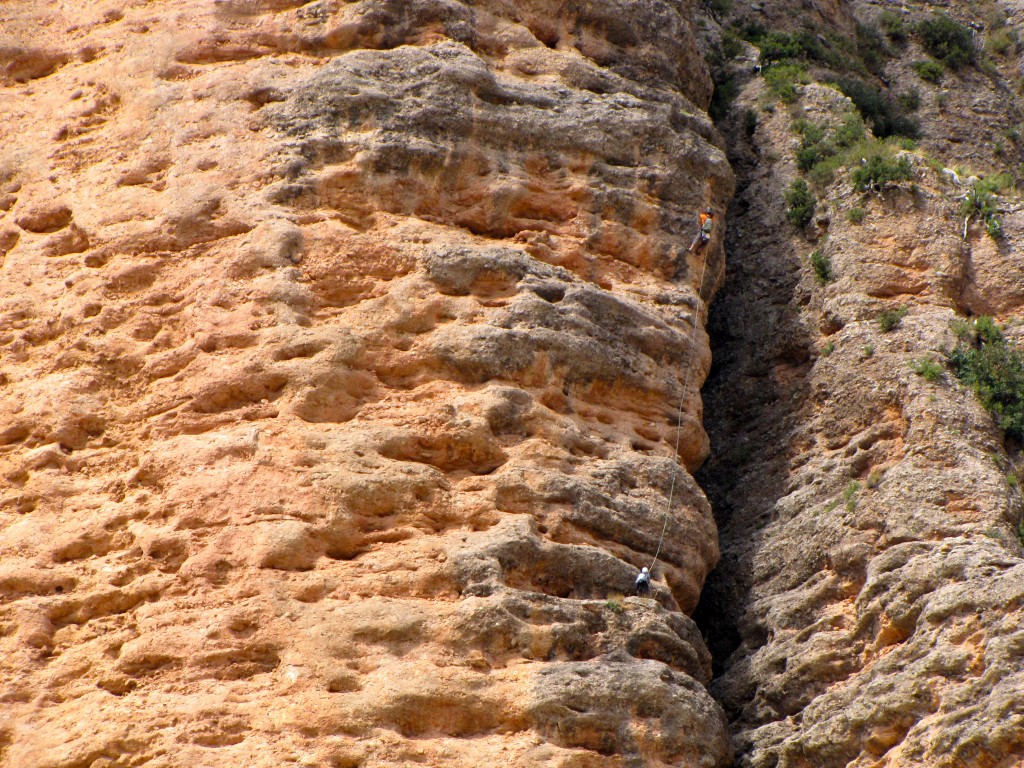 Unknown climbers on the fifth and crux pitch 5 (6b) of Chooper on El Pison. The route ends atop this pitch and one follows easier ground up the gully/ridge on the right (Sept. 2010). 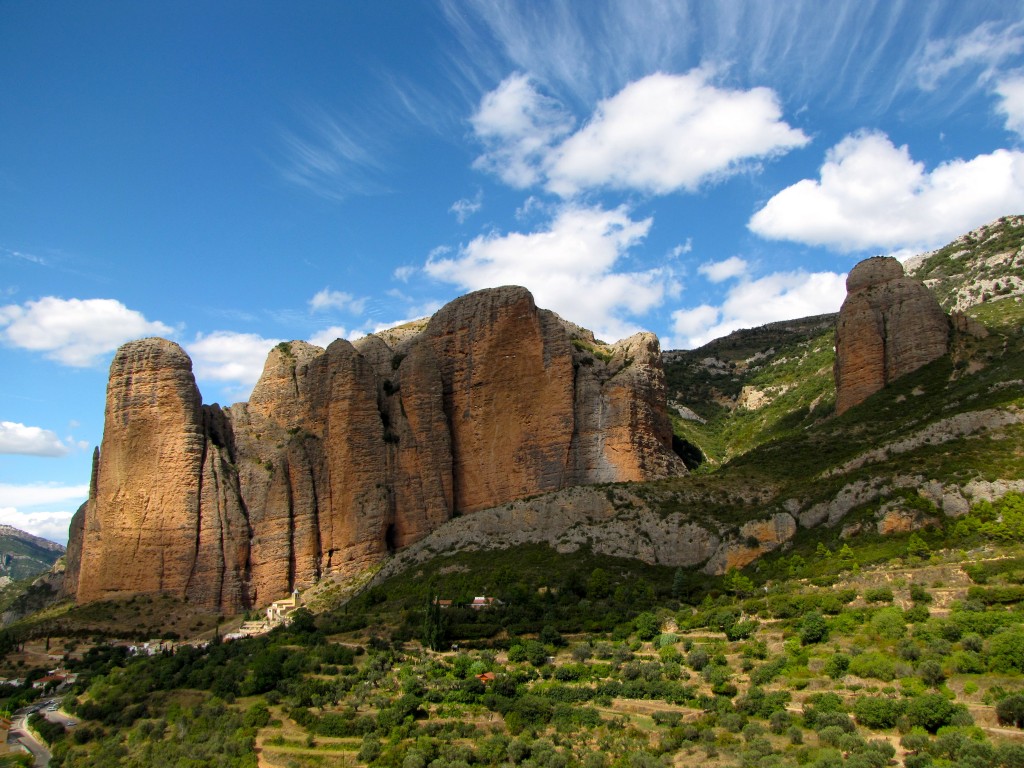 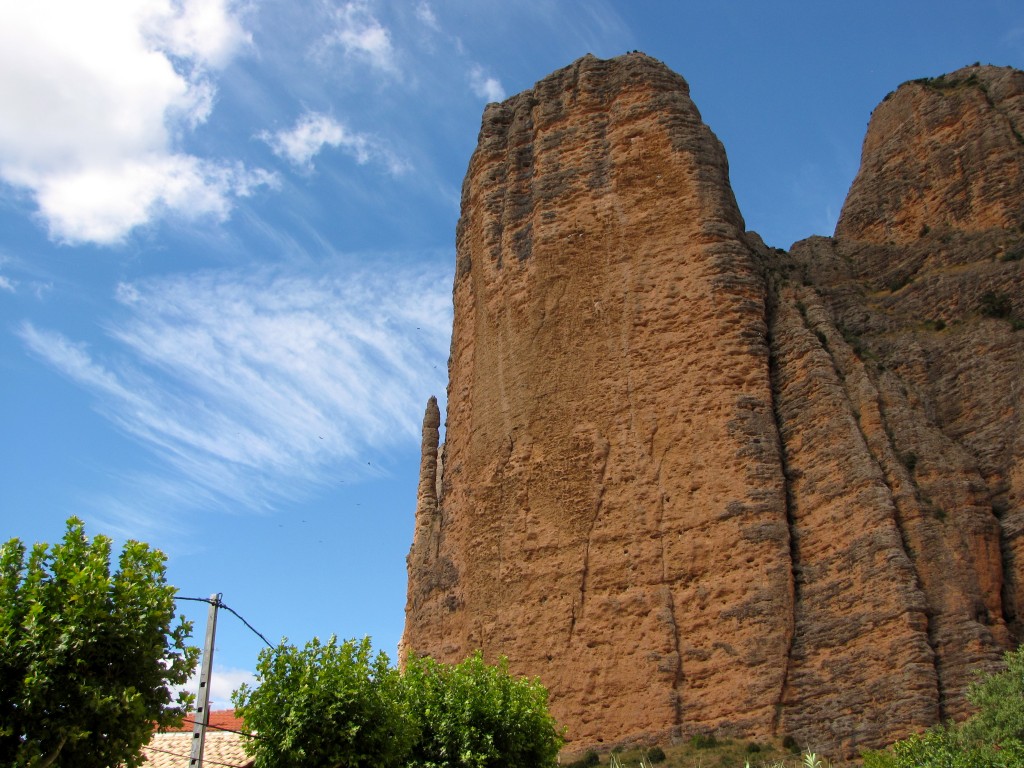 El Pison and the semi-attached El Puro on the right. The hawk-eyed observer will note a party of two climbers atop El Puro (Sept. 2010). 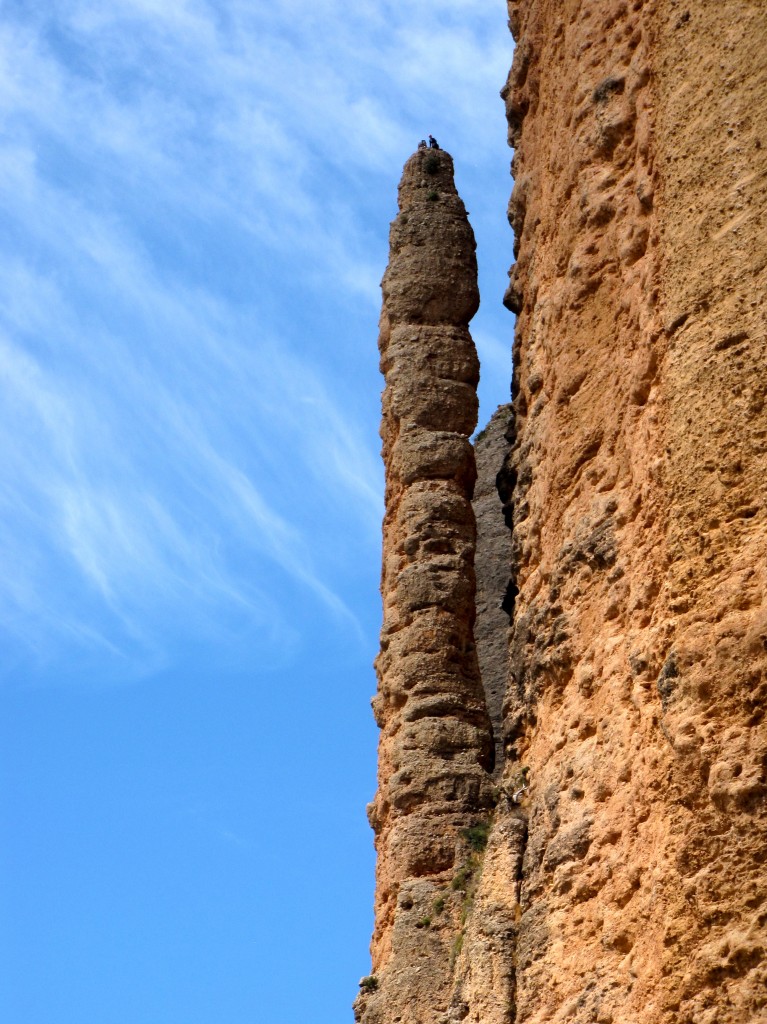 El Puro in all of its phallic glory with two climbers on top (Sept. 2010). 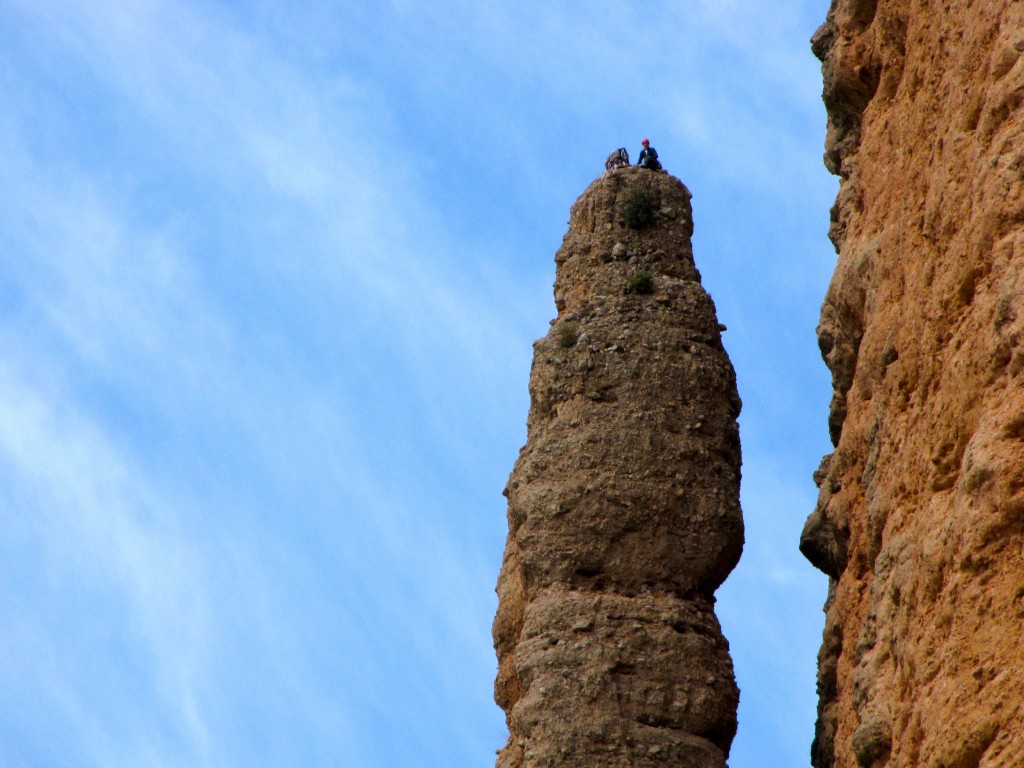 Two climbers atop El Puro. The Normal Route finishes via the face in the photo (Sept. 2010).

Go to Part 2.
Go back to A Couple Of Spanish Crags page.