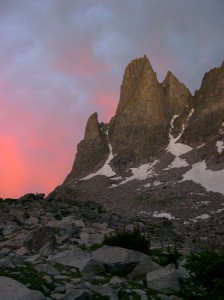 A stormy sunset over Warbonnet as seen from The Cirque (August 3, 2004). 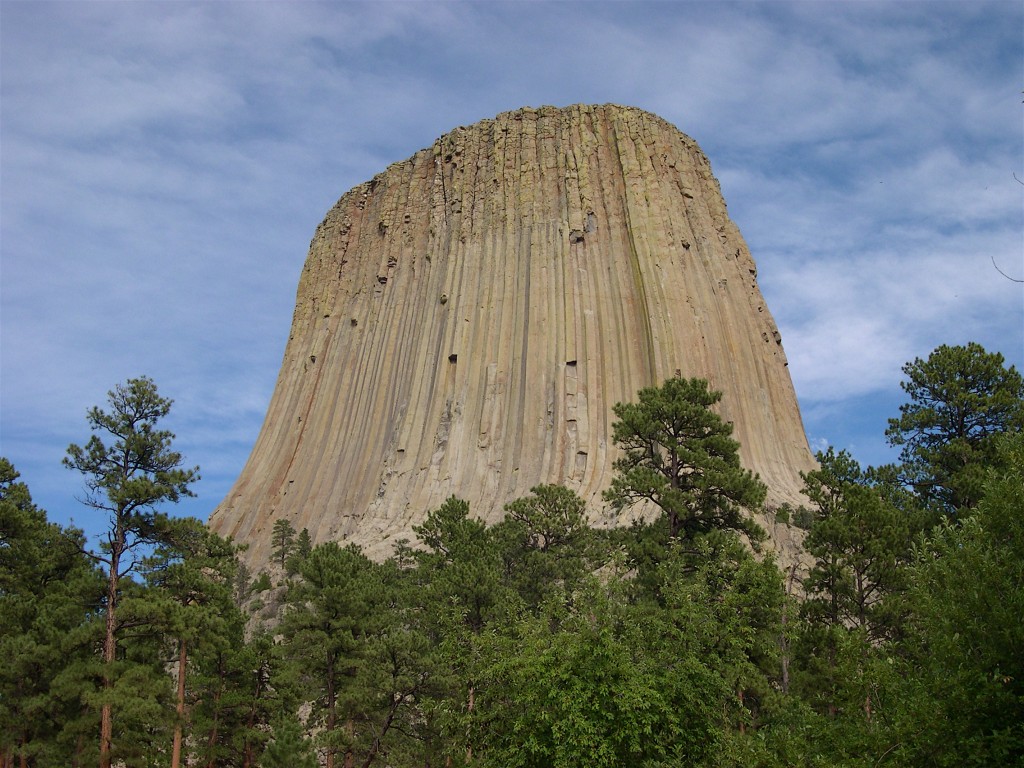 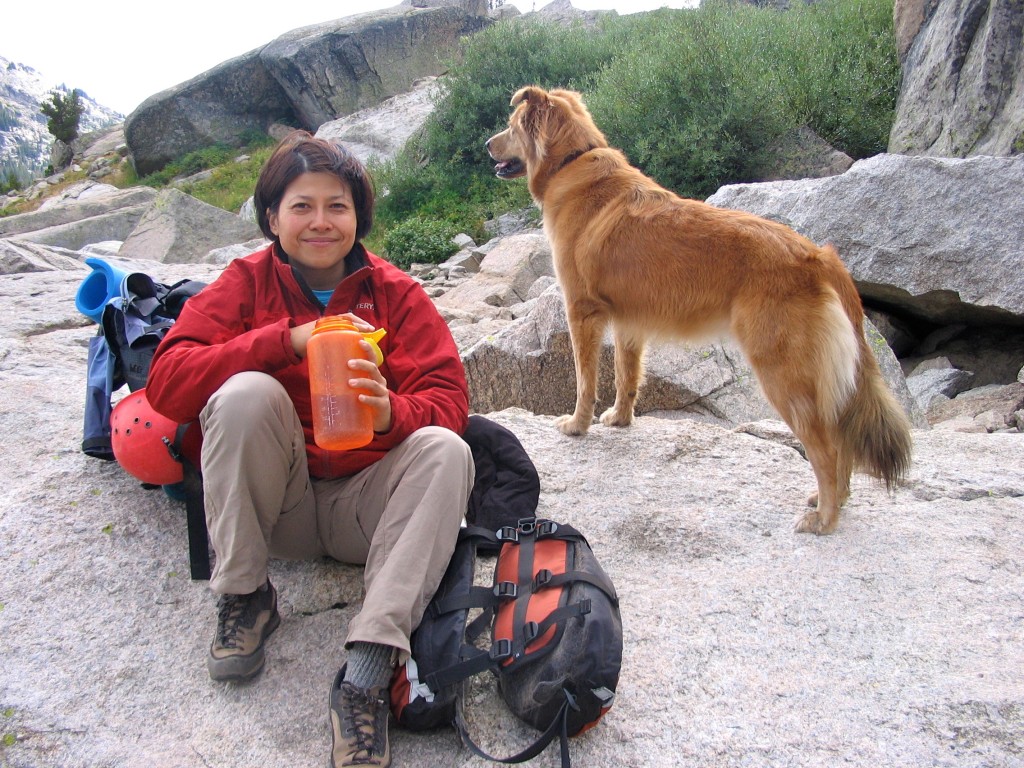 Shirley and Blondie taking a water break on our approach to the Cirque (Sept. 2005). 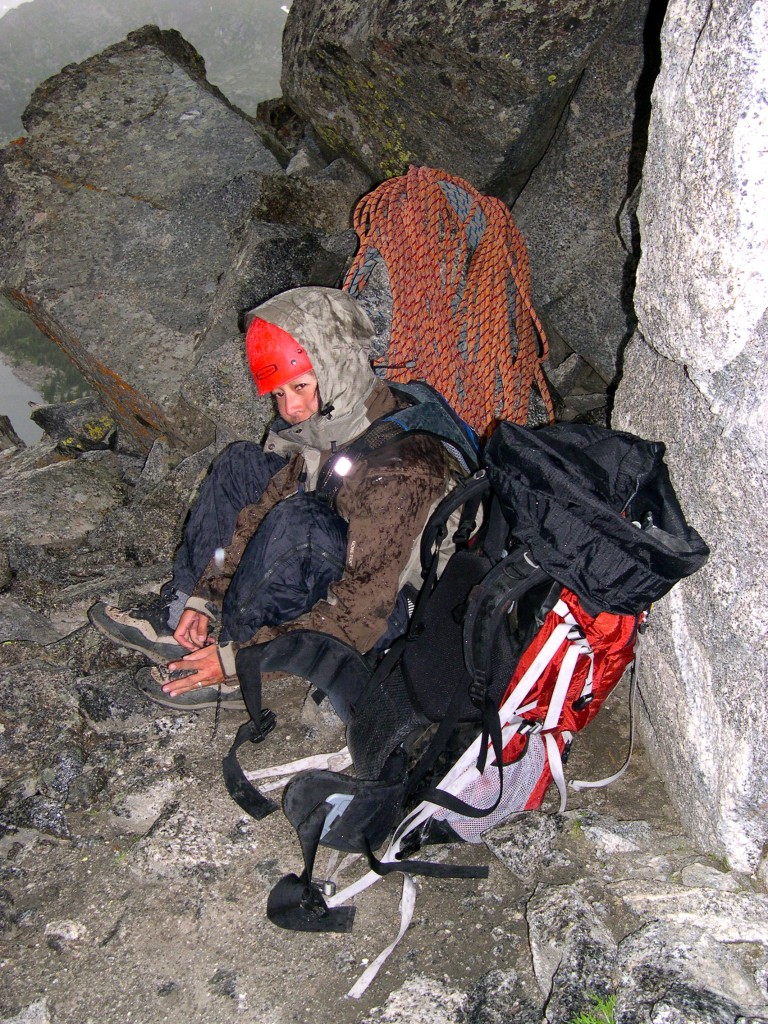 Shirley changing over to approach shoes just below the Wolfs Head - Overhanging Tower notch following our last rappel. This is the typical weather that hit us on every descent - the time of the day is about 4 or 5pm (August 4, 2004). 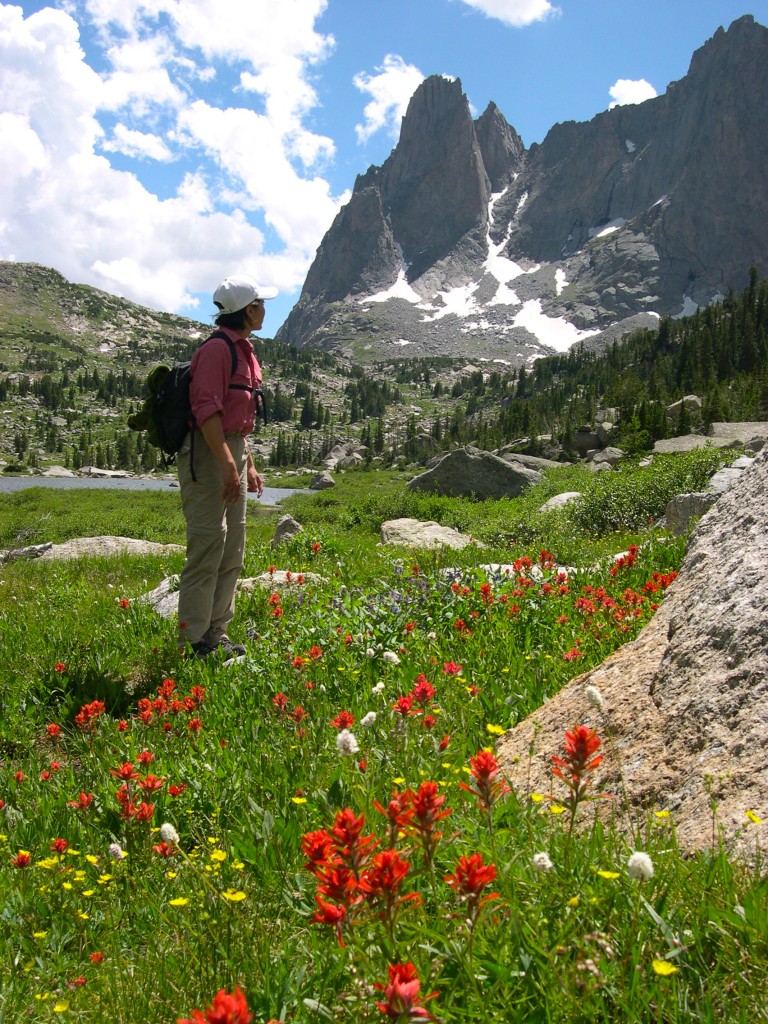 Shirley admiring the The Warriors from the shores of Lonesome Lake. Jackass Pass is behind her. The Plume (a small tower adjacent to Warbonnet) is the first formation right of the pass & Warbonnet is the first major mountain right of pass (August 3, 2004). 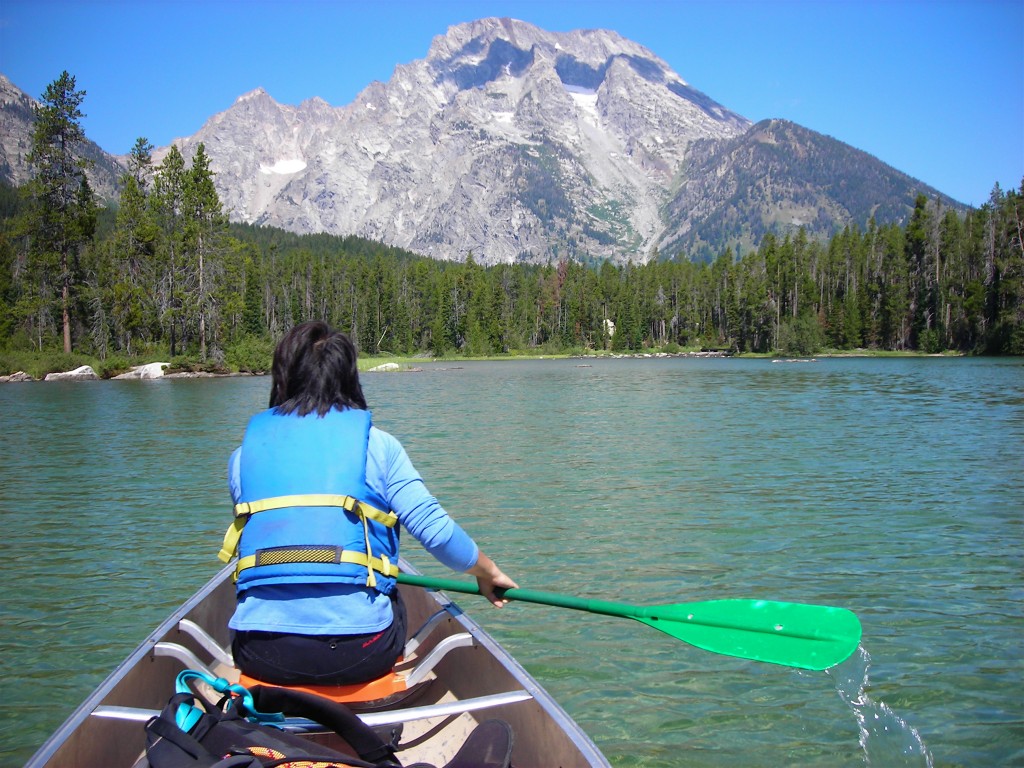 Shirley paddling our way across Leigh Lake on the way to the South Buttress Of Mount Moran (failure)...which itself lies dead ahead (Aug. 2006).