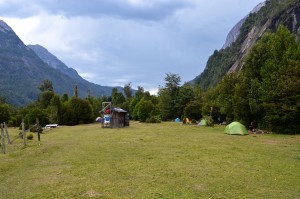 Though the weather was slightly drizzly on our hike-in day, the following morning greeted us with full on rain. We cooked much coffee and tea, made some freeze dried meals, read some, and eventually hiked over to Refugio Cochamo for dinner (pizza…if you too are a fat bastard gringo, I recommend one per person). Here we got the chance to chat with Daniel who along with his wife runs the Refugio and is the main driving force behind the development of routes in Cochamo (& author of countless FAs). Shirley also got busy copying (by hand) maps and route topos. An exercise we’d repeat a couple more times – bring some pens (color would’ve been nice), paper, and artistic skills. 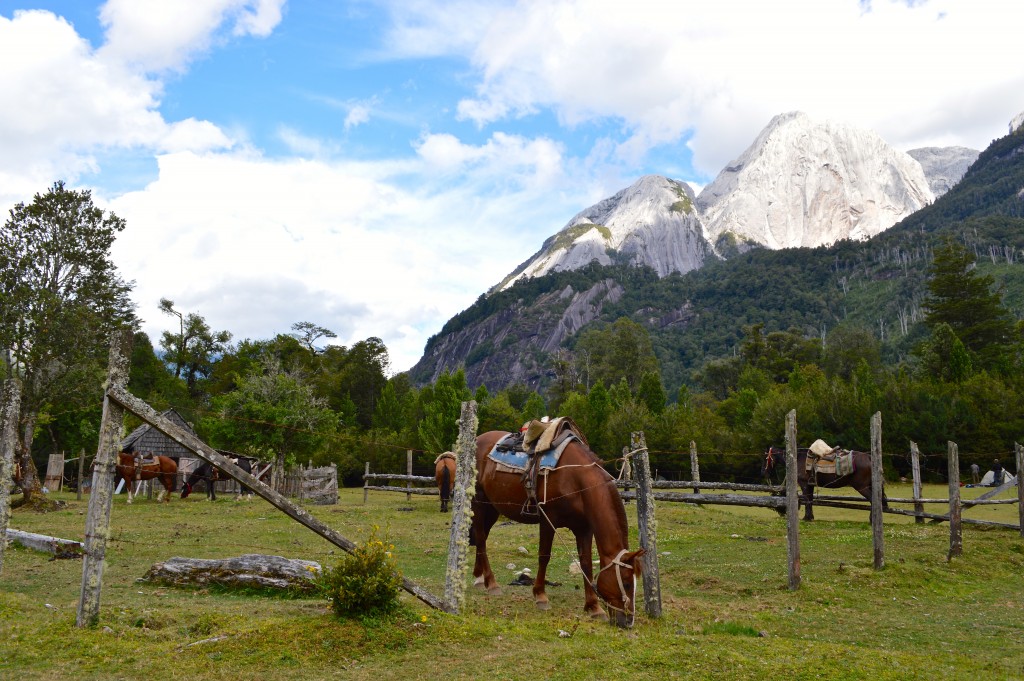 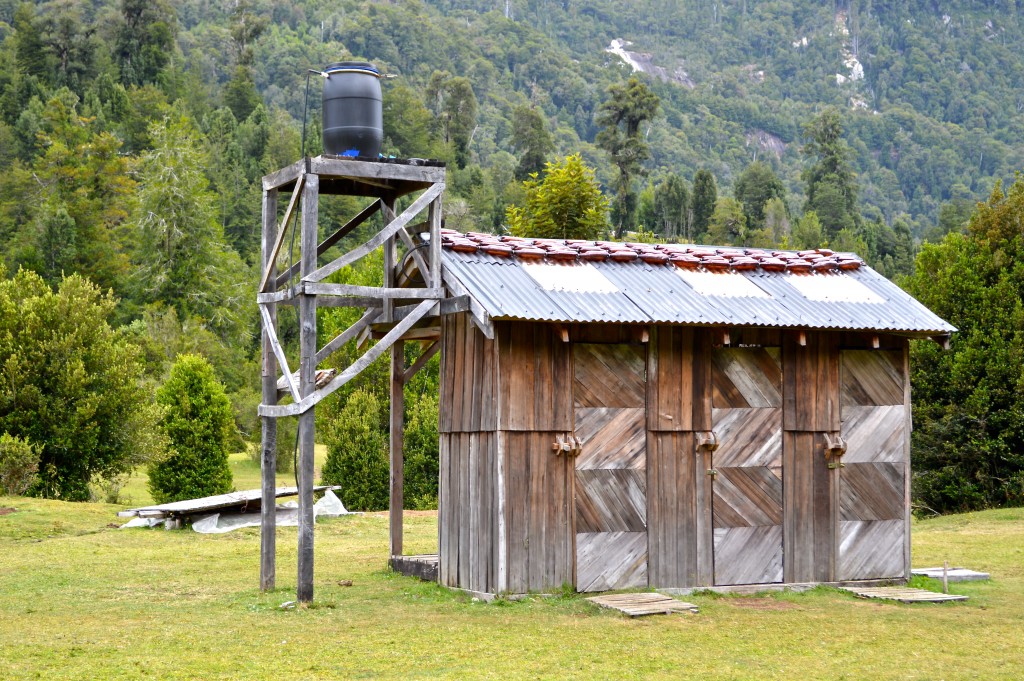 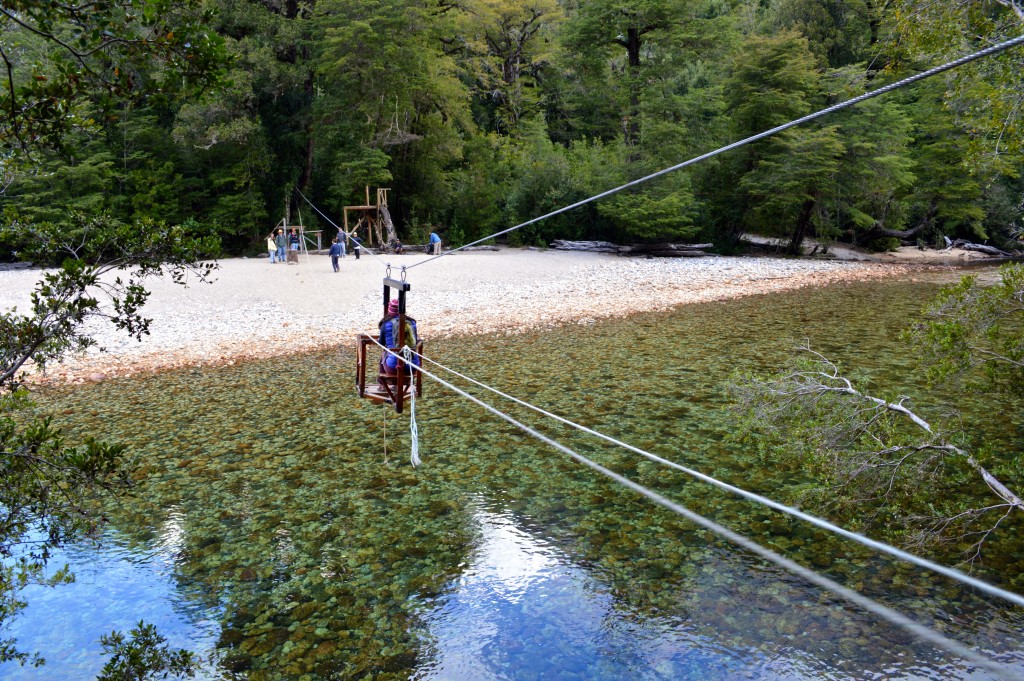 Crossing the Cochamo River on the way to some pizza at the Refugio Cochamo (Jan. 2015). 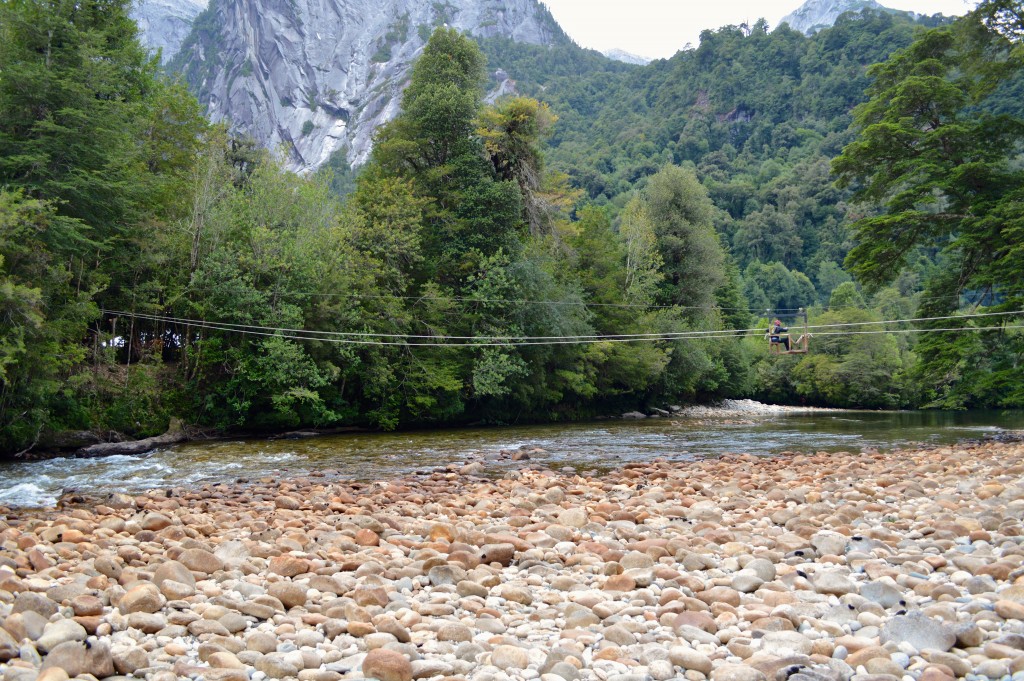 Shirley on the cable car across the Cochamo River (Jan. 2015). 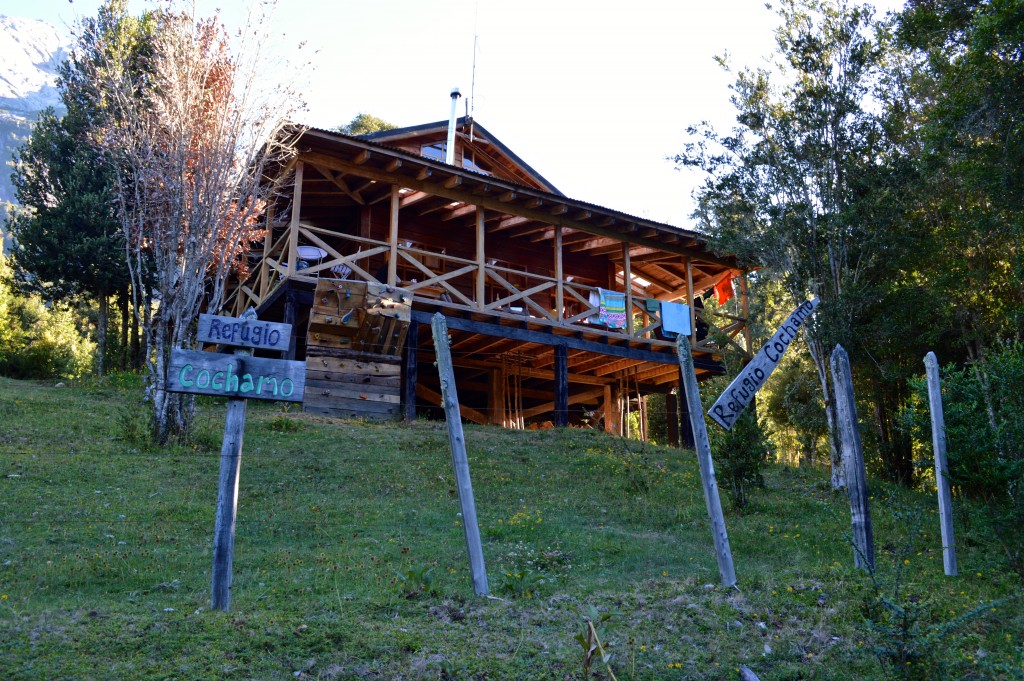 Refugio Cochamo (complete with a climbing “wall”). It’s a smooth-run operation serving up good pizzas for dinner even if there’s no alcohol for purchase (we liked it a lot more than Ref. Frey a week or so later). 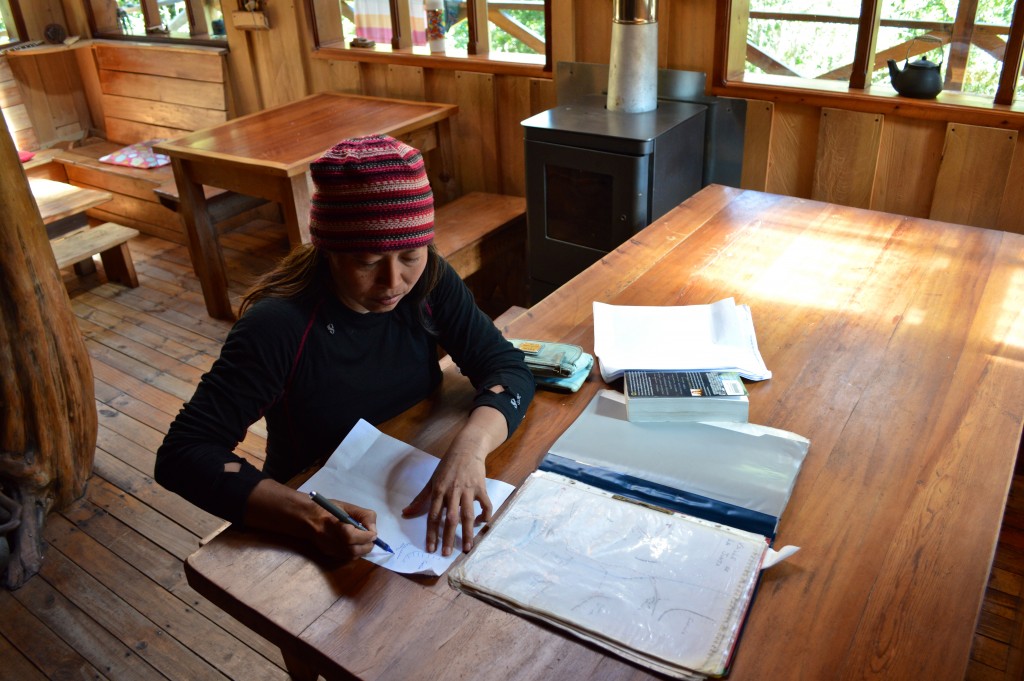 Shirley copying the maps and topos (again) in the Refugio Cochamo. Bring a pen, paper and some art skills with you (Jan. 2015). 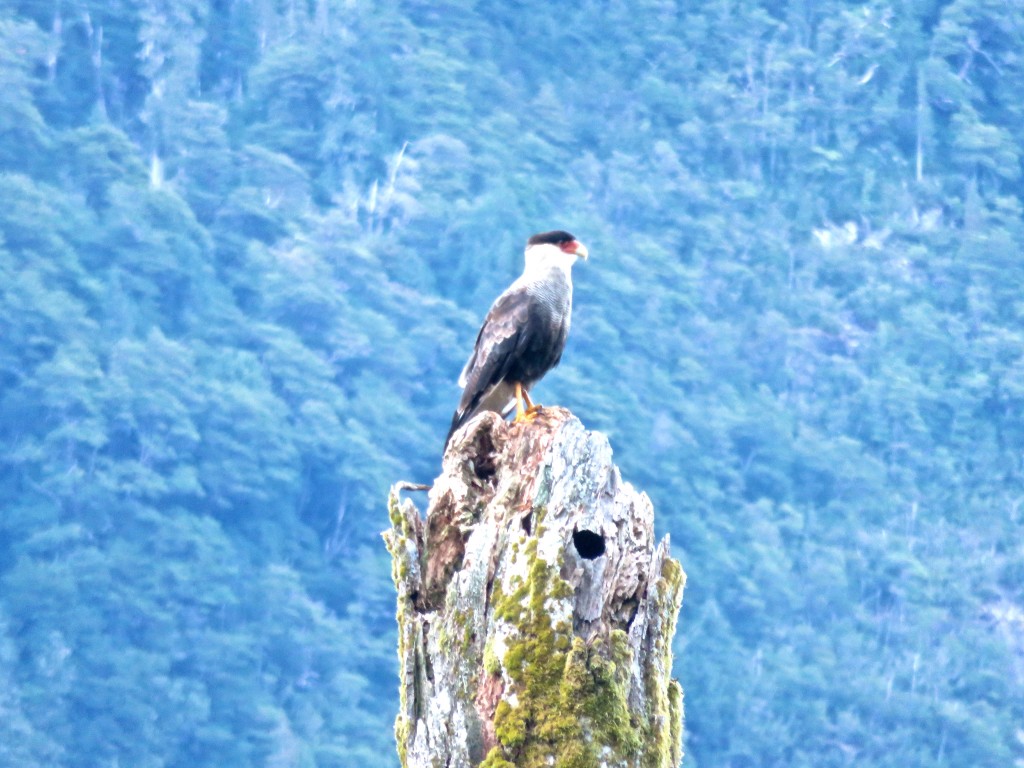 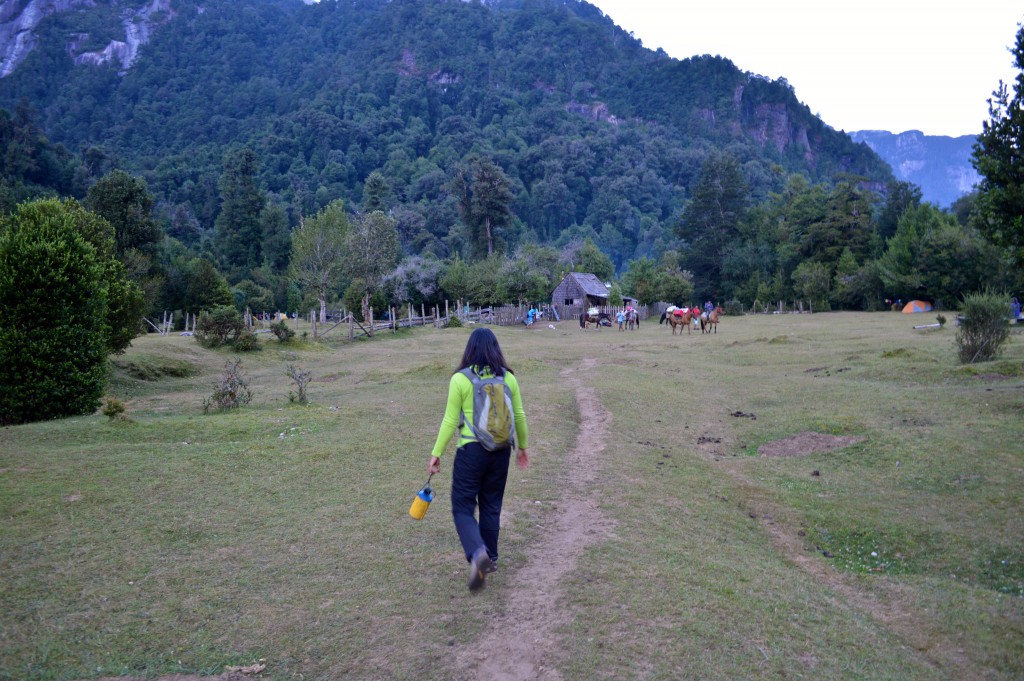 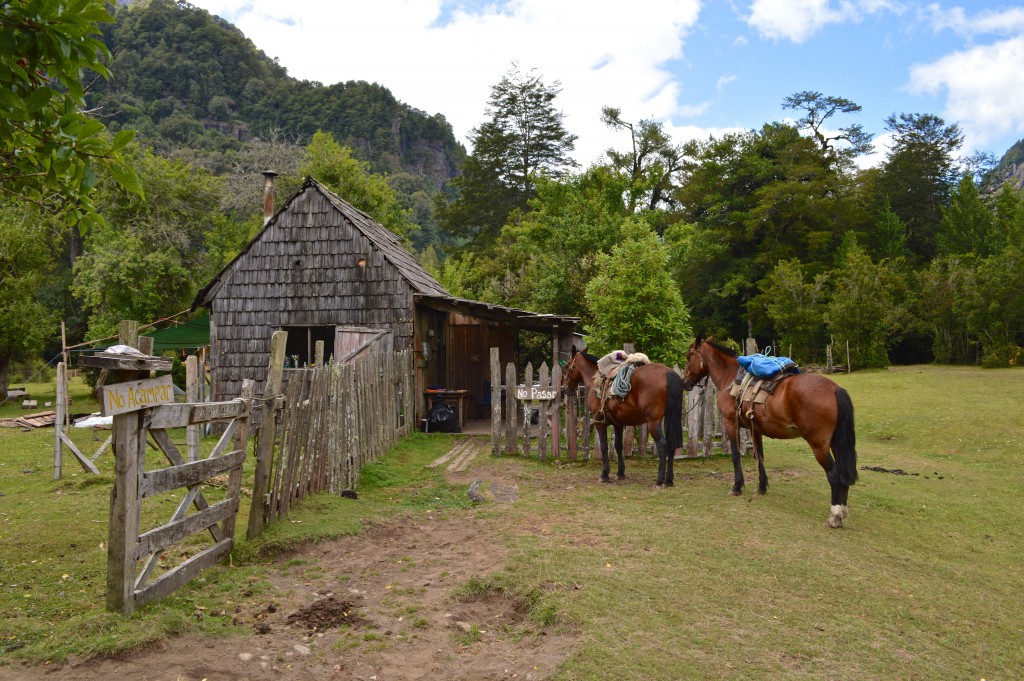 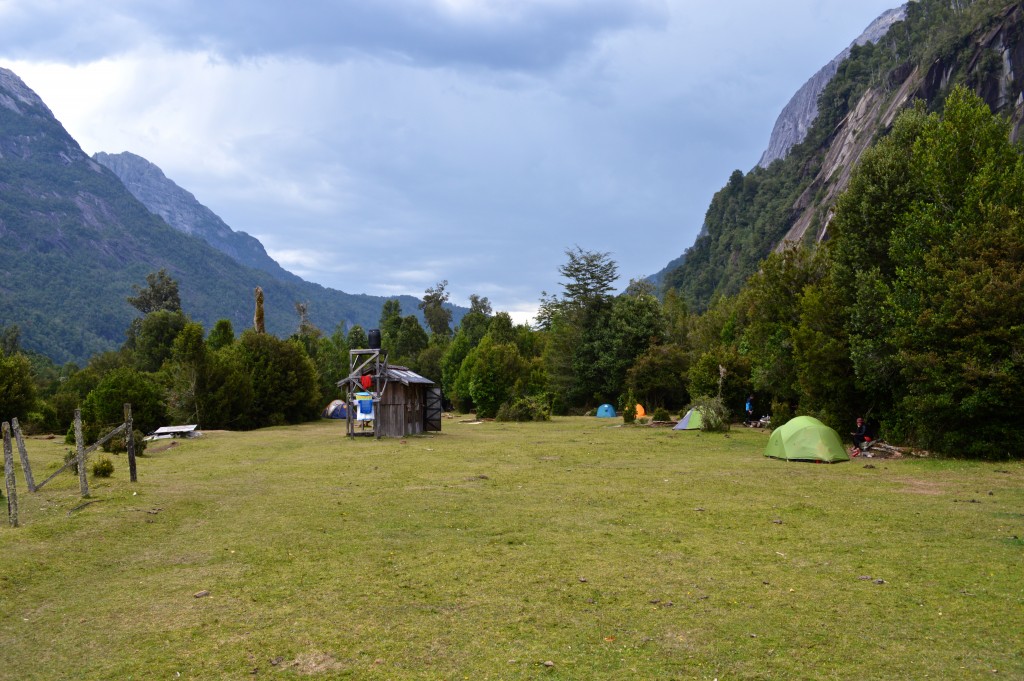 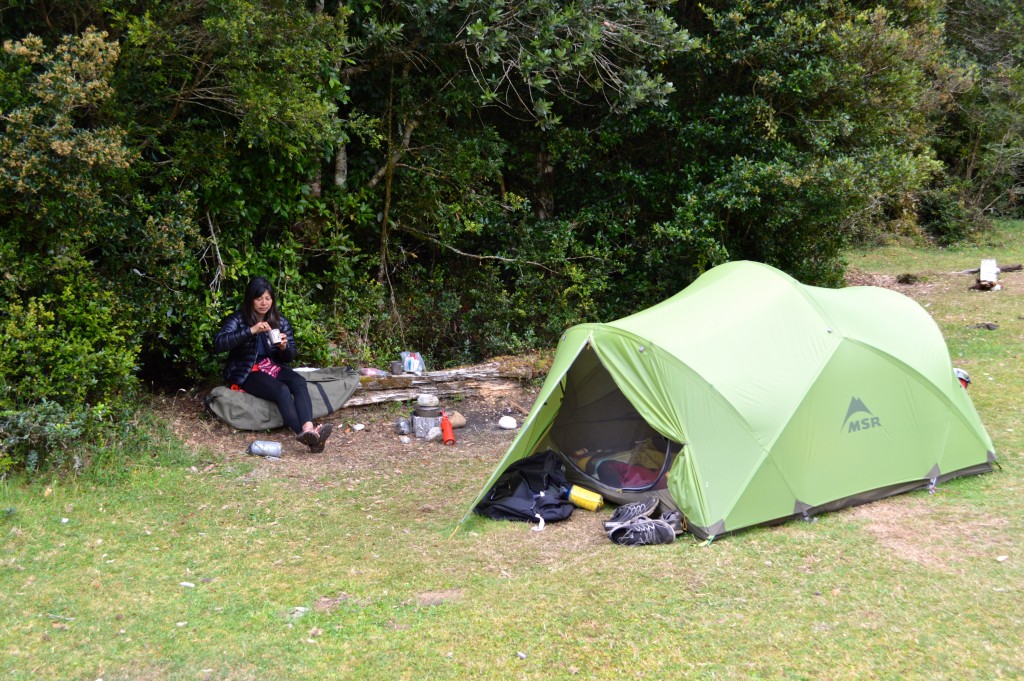 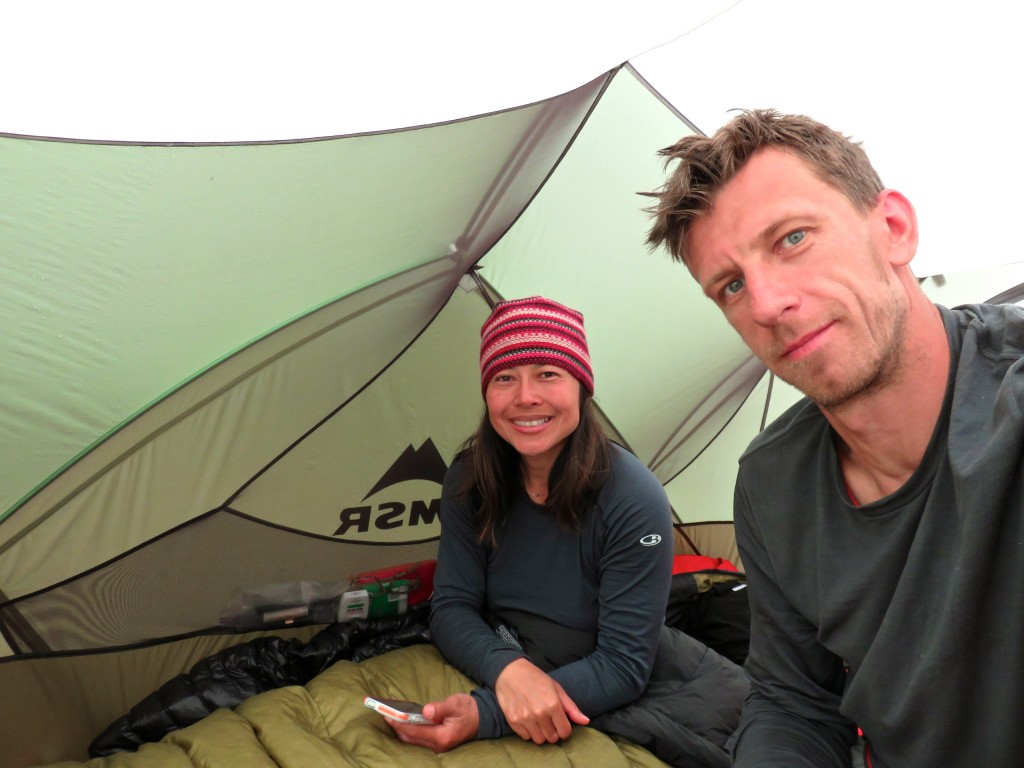 Go to Apnea.
Go back to Cochamo.