Go back to Mexico Road Trip.
Go back to Pena de Bernal Day 2. 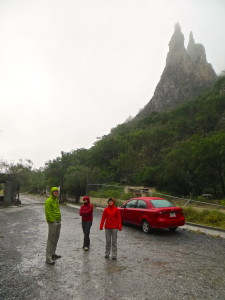 The following morning we got up at five and headed north towards the city of Queretaro, then on to San Luis Potosi and finally into the “war zone” of Nuevo Leon and Monterrey. In the 15 or so years since I’ve driven highway 57, two more lanes were added and so things went quickly for the most part. Somewhere in the state of SLP we encountered a slow moving traffic in the middle of nowhere. In a few kilometers we rolled by the cause of the slow down – two mangled cars and a body lying partially in the left lane with a bloody handkerchief covering the head. A cop was casually shooting photos of it on his iphone. Half an hour later we were enjoying some excellent huevos divorciados at a rest area fast food joint. We saw a couple of military checkpoints further north but were never stopped and rolled into Hidalgo in the late afternoon where we met our friends Eric and Lucie in a nice casita (courtesy of Ed). For the next three days we’d enjoy some great climbing (despite the shitty spell of weather), cooking dinners (nice to have a car for easy food resupply runs), playing with the local kitten and of course sipping some tequila. 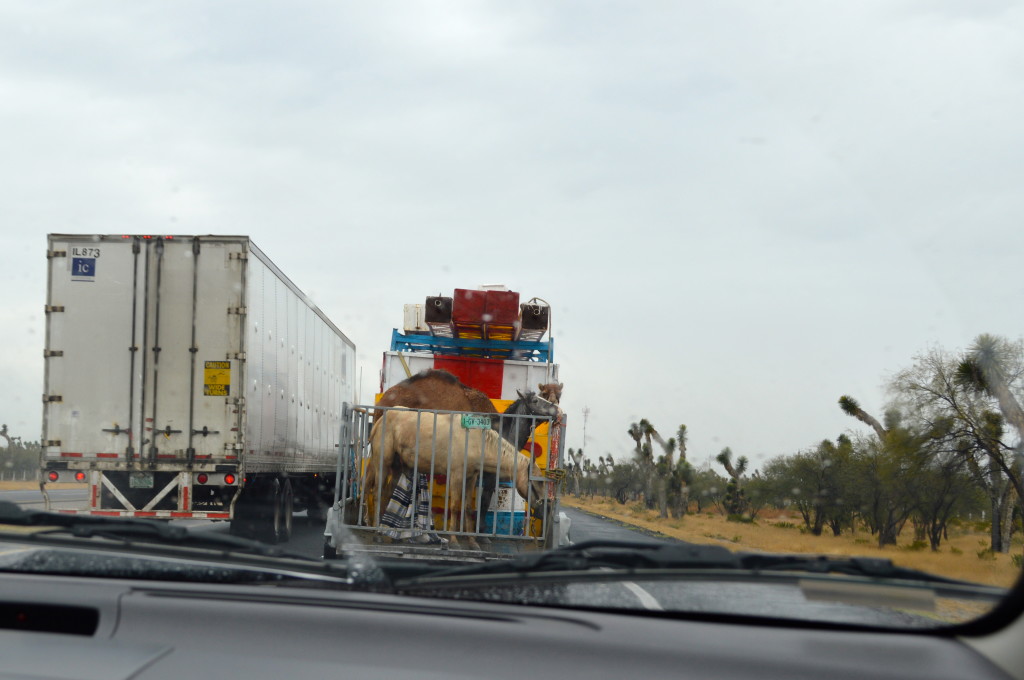 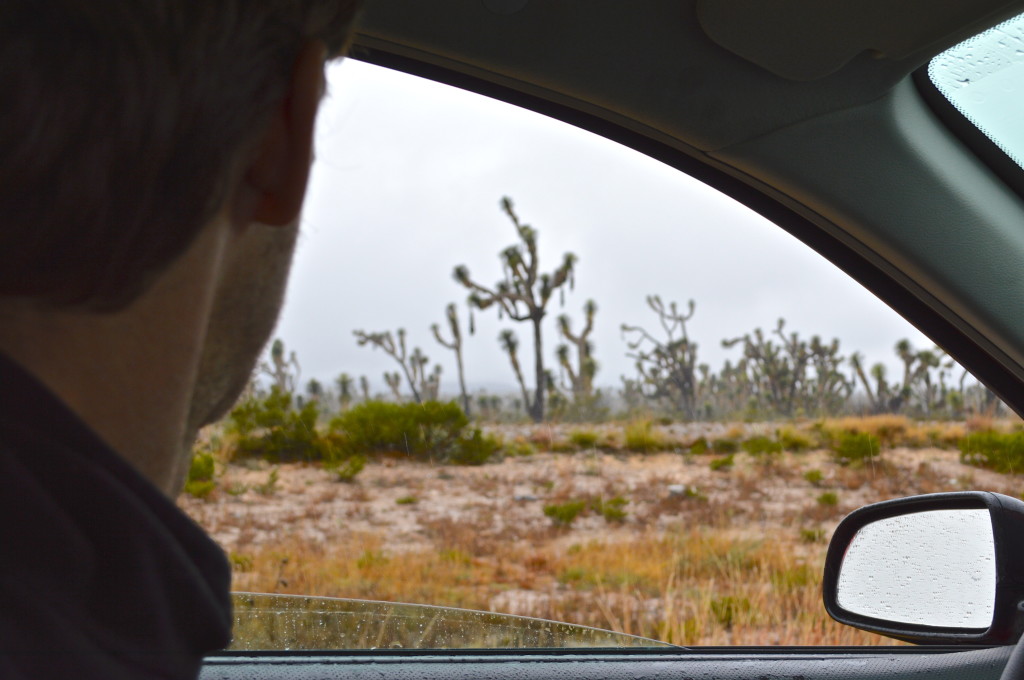 A good 100 or more kilometers of Joshua tree forests in northern San Luis Potosi & southern Nuevo Leon. I forgot how large and dense these things could get (Dec. 2013). 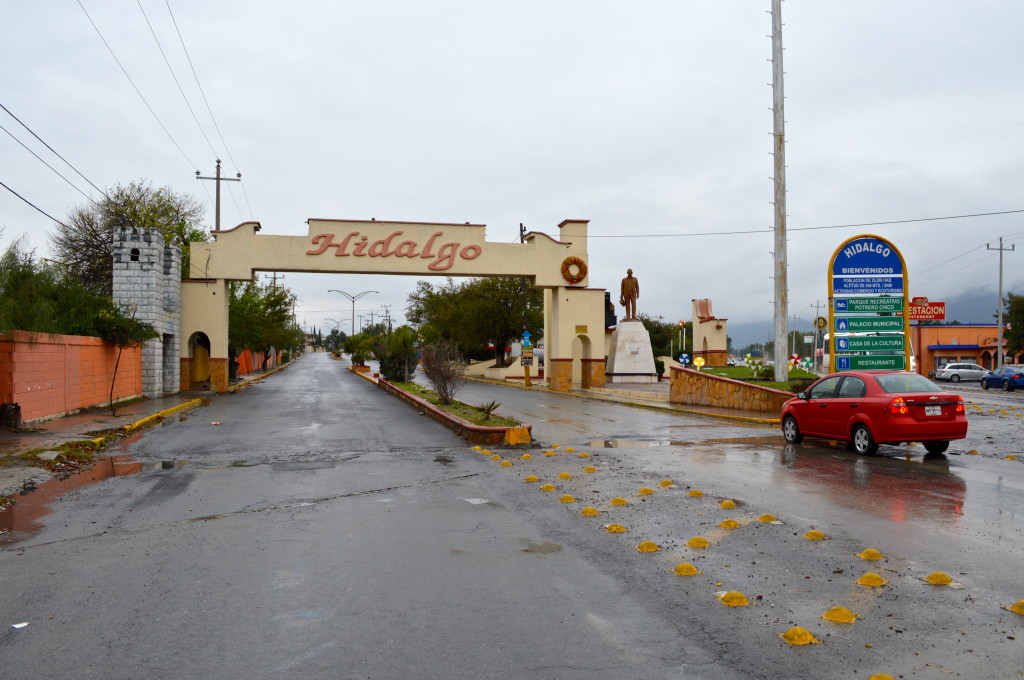 After a ~7 hour drive from Bernal we made it to Hidalgo in Nuevo Leon …weather’s looking great. 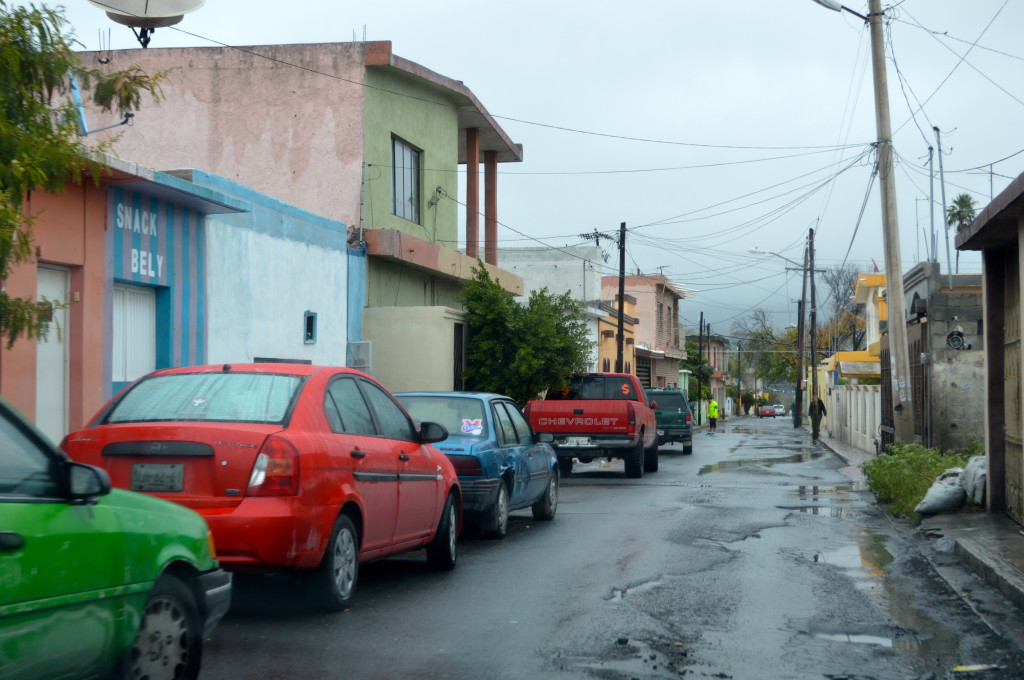 The working class Hidalgo is no pueblo magico but still a decent little town with everything you’ll need to keep you climbing in El Potrero (Dec. 2013). 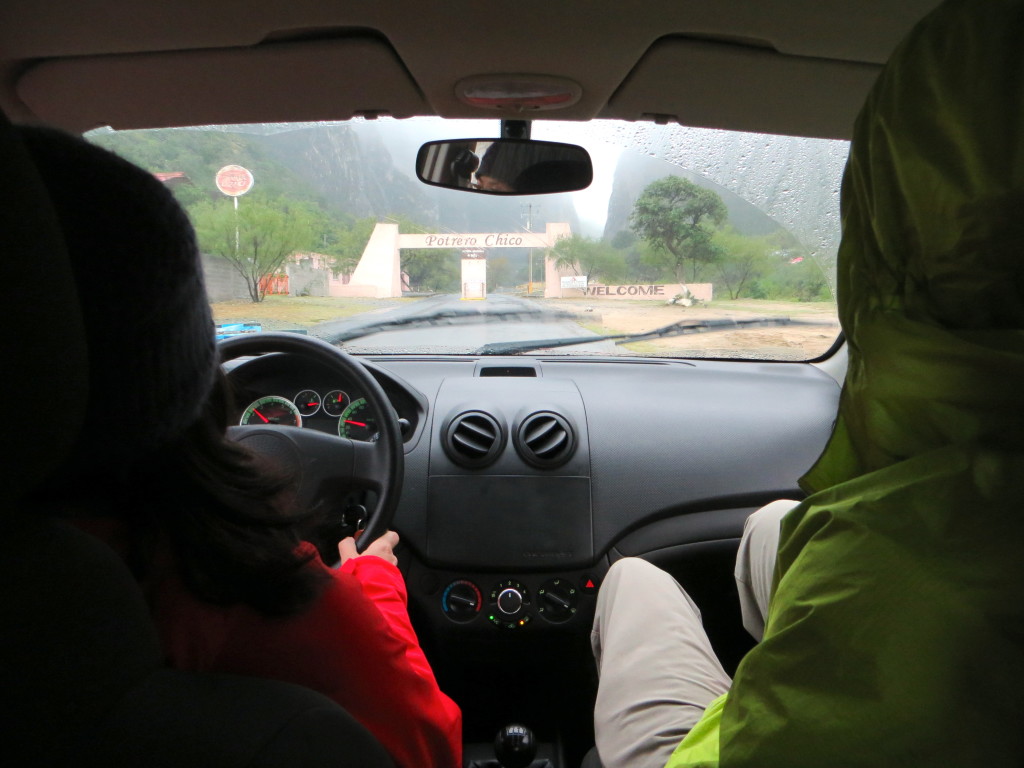 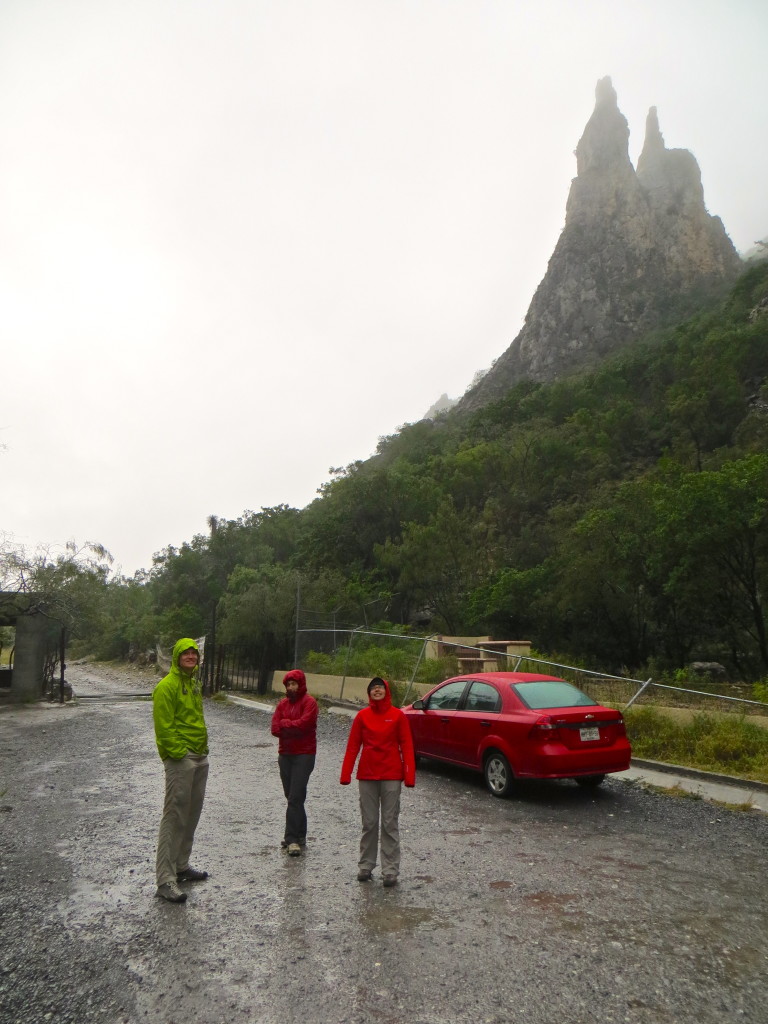 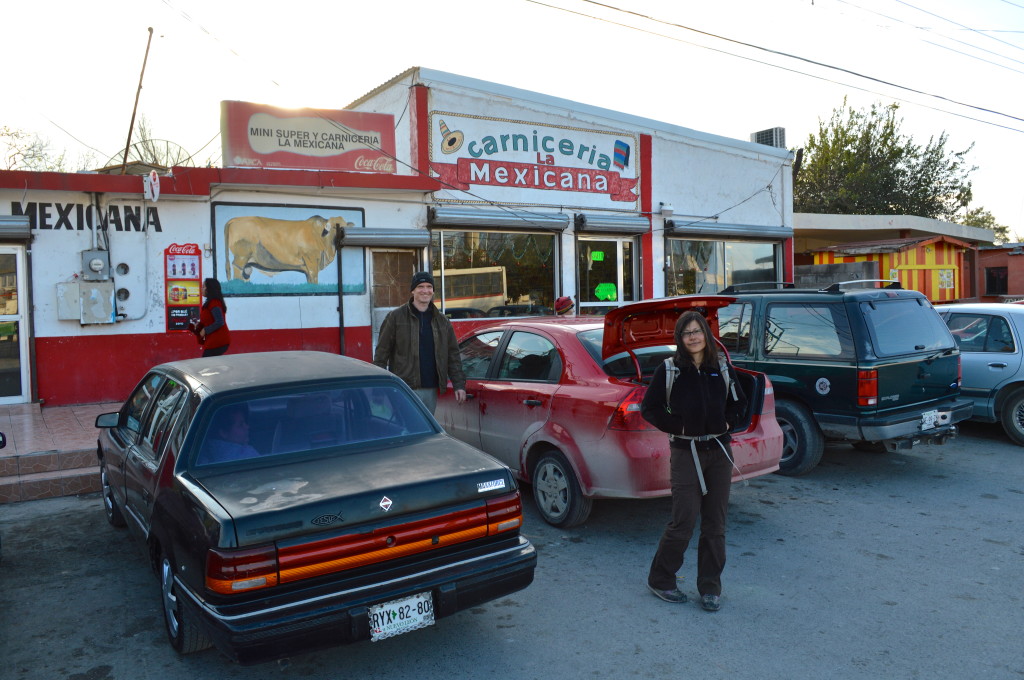 Eric and Shirley loading up the car in front of the general store in Hidalgo. This is the closest place to the Potrero and has pretty much anything you’d need to keep climbing (well except for decent coffee; Dec. 2013). 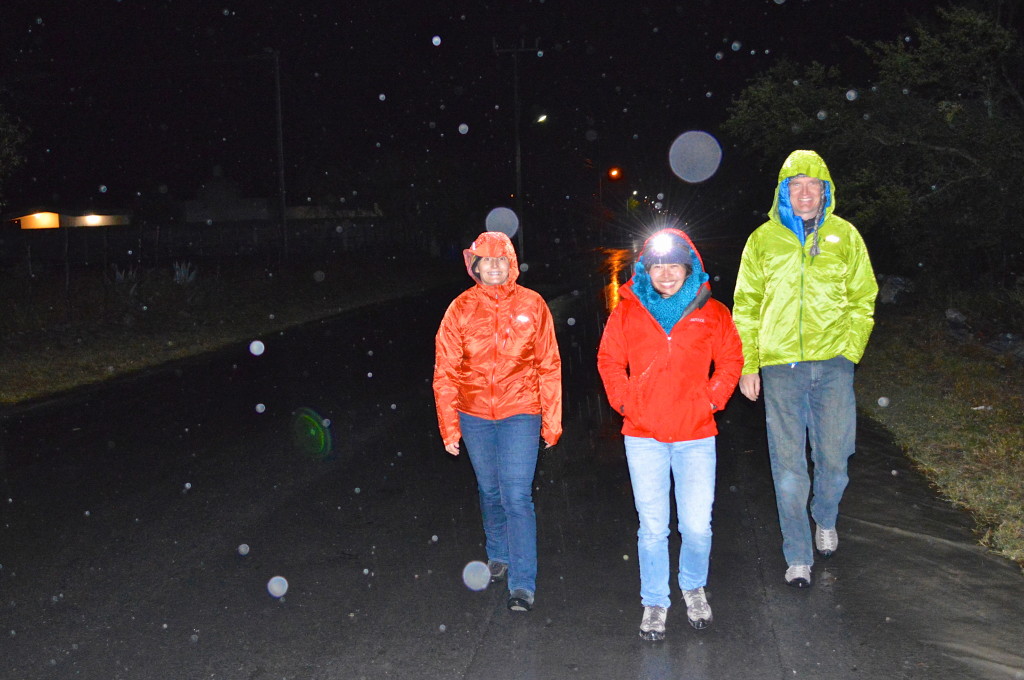 Lucie, Shirley and Eric walking over to La Posada for some internet (& shitty margaritas) in hopes of some good weather news (Dec. 2013). 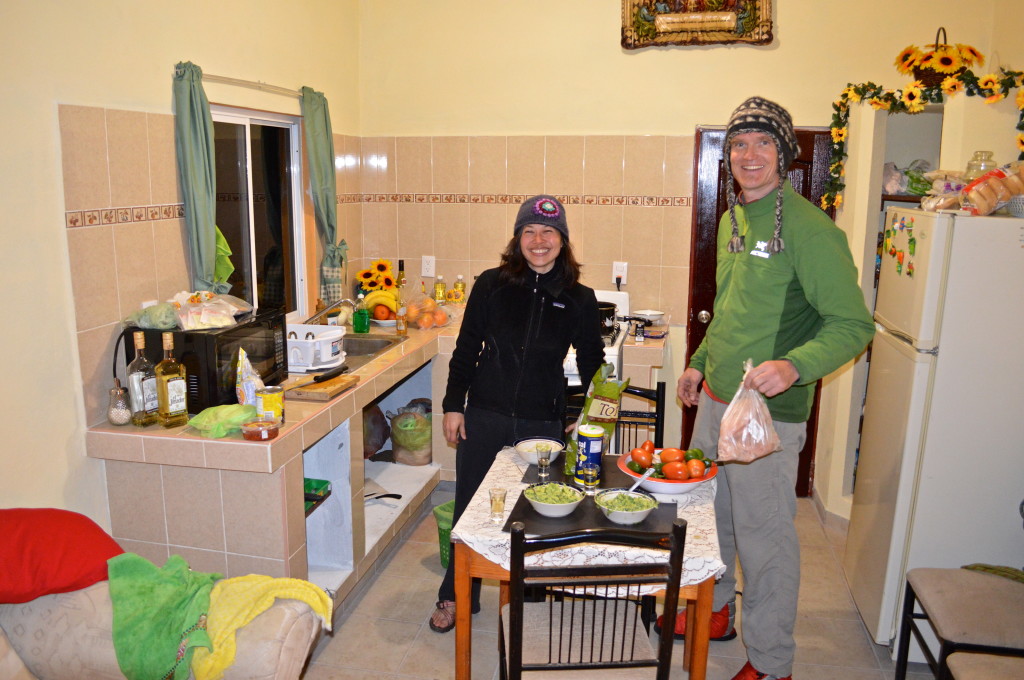 Shirley and Eric doing tequila shots in our casita…well, maybe they might’ve been cooking on the side (Dec. 2013).